​Our hobby suffers from an obsession with quantity over quality. Markets are lost and won over megapixel counts. Burst rates are the new black. High ISO are the new Orange. And the (tremendously difficult) work of opticians is reduced to a bunch of numbers relating to lens resolution. Preferably in the corners at infinity and full aperture. But fear not 🙂 If you're interested in evaluating lens performance in a more meaningful way, there's a lot to be learnt from the MTF curves that many manufacturers pass on as PR collateral. Not just about the lens' sharpness but also about the way it draws. No, a look at MTF charts isn't the same as a good evaluation of the lens' rendering on your camera, but it's definitely a good starting point. 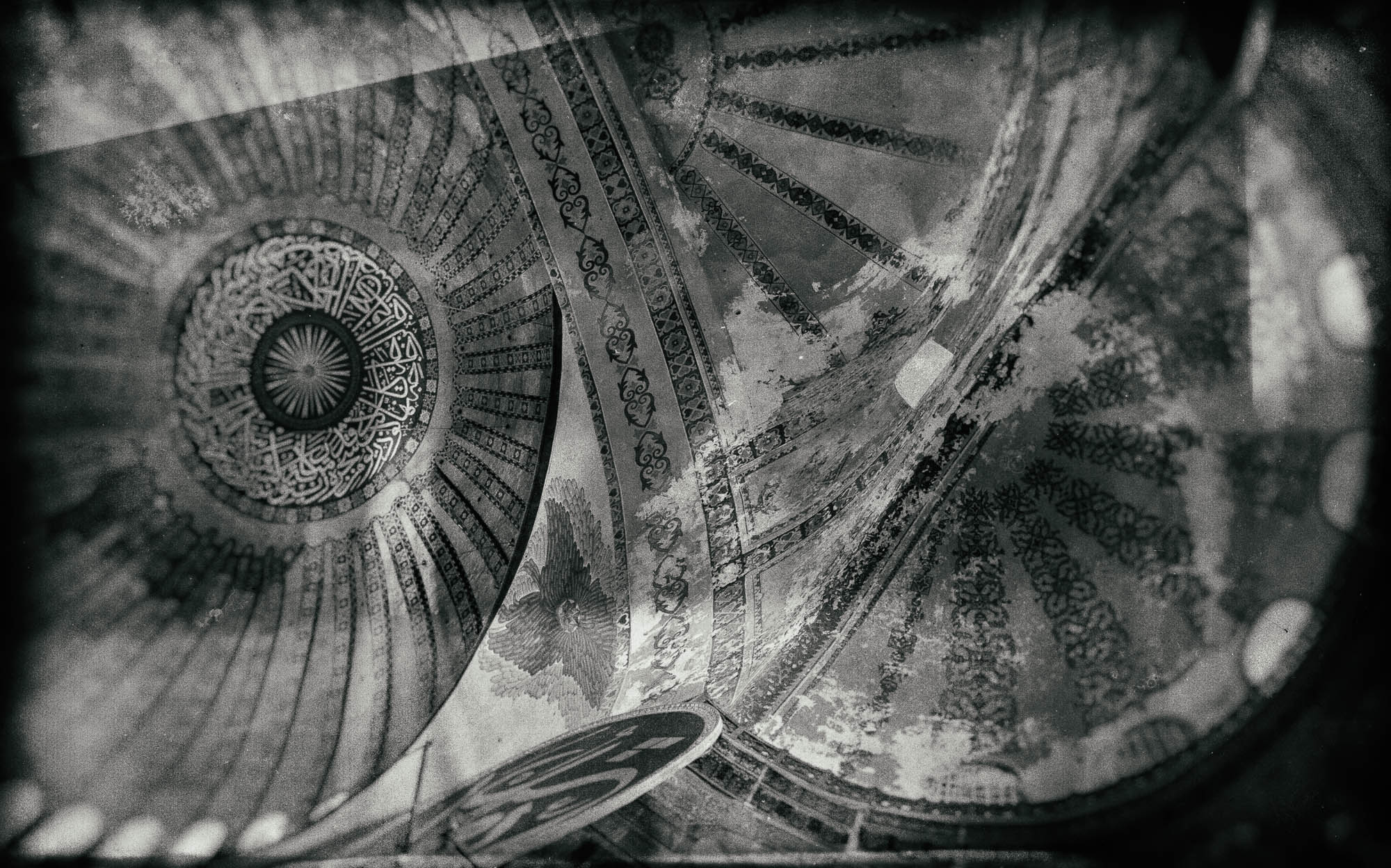 ​When you think of a lens as perfect devise that reduces the size of your subject scene to the size of your sensor, you set yourself up for disappointment, in that any departure from absolute neutrality will be perceived as a defect. If you consider a lens as a paint brush, you're begining to think like an artist and deciding what lens rendering is right for the sort of photograph you want to create.

Lens design is an exercise in compromise. The more optical elements you use in the design, the more exotic glass you eomply, the more complex surfaces you calculate, the more aberrations you are able to correct. And the more likely your lens is to be heavy, expensive and visually dull. More surfaces rob you of the micro contrast and vitality that create that 3D pop so many of us crave. Zeiss Otus lenses aren't masterpieces because they correct so many aberrations. They are masterpieces because they manage to remain vivid and interesting ​in spite​ of the huge number of elements they use to correct so many aberrations. Many zooms that use that many elements are simply lifeless and boring.​​​

​Rendering matters far more to artists than sharpness. And there's quite a bit MTF curves can tell us about both. 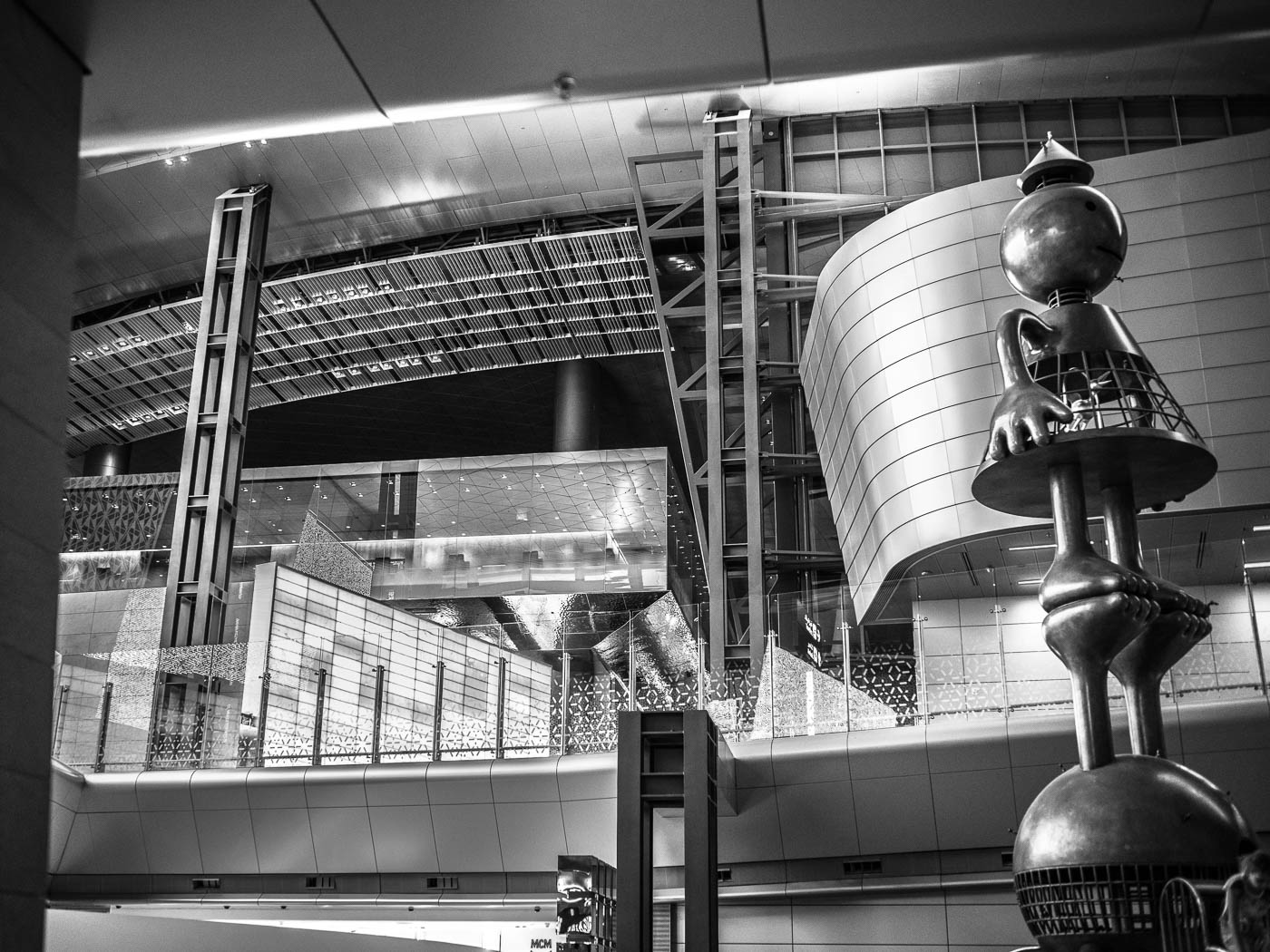 And MTF graph is usually presented as a 2D graph that displays the constrast with which fine detail is transmitted by the lens to the sensor, at various distances from the optical center of the lens. Let's break that down into parts.

What's the optical center and why does it matter ? 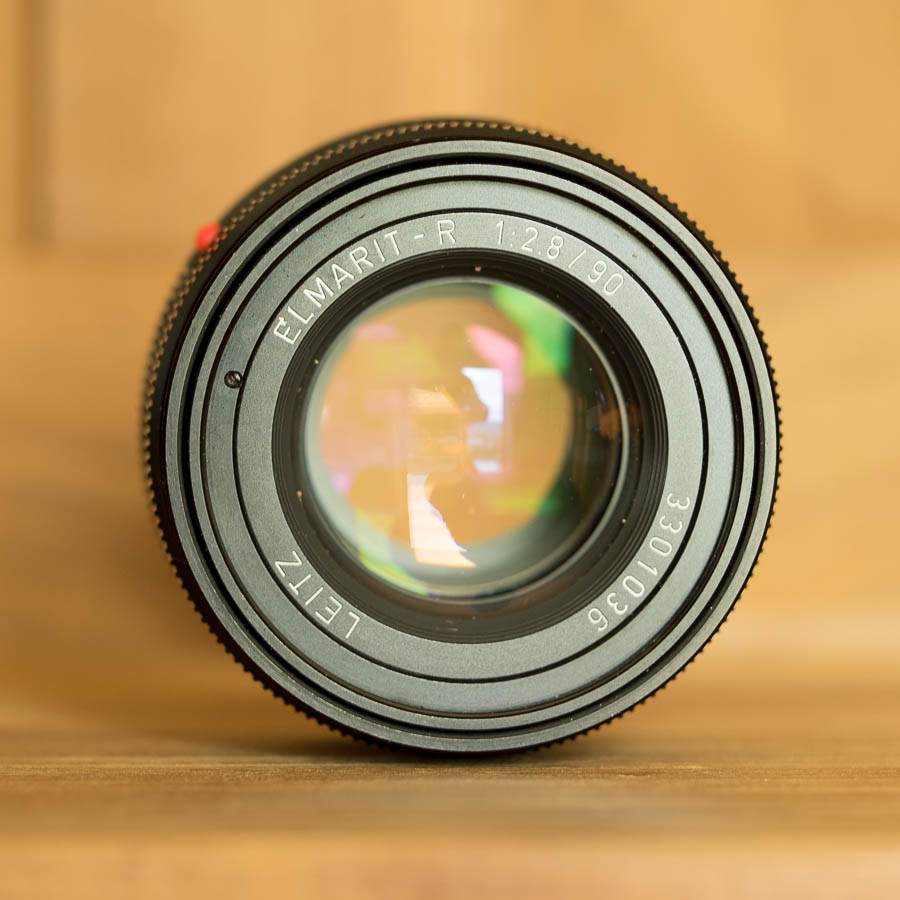 Because of the way glass bends light, ​the further away the entry point is from the center, the more difficult it is to maintain optical quality. 99.99% of lenses perform better in the center than ​away from the center. An MTF graph uses the distance from that center as it's ​x ​axis. ​​​ 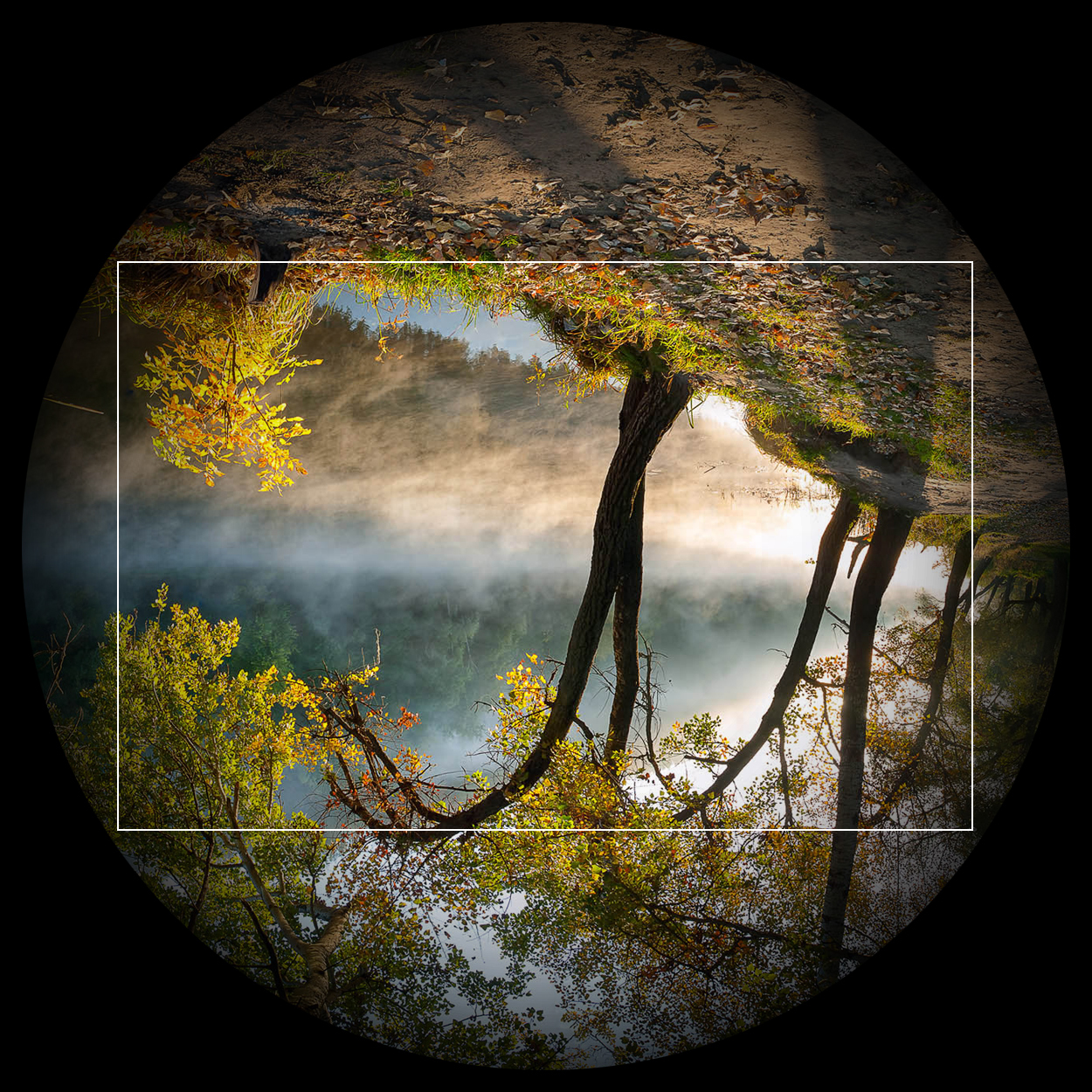 The sensor inside the lens image circle (c) Wikipedia

Because a lens is symmetrical, it is assumed that any aberration is going to be the same at any point at the same distance from the lens's optical center. So the MTF graphs only display measurements over the distance ​from the center of the sensor to its corner, is half the diameter of the image circle. For a full frame lens, the diagonal/diameter is 42mm. So the MTF graphs display results for 0 to 21mm.

Why the contrast of fine details? 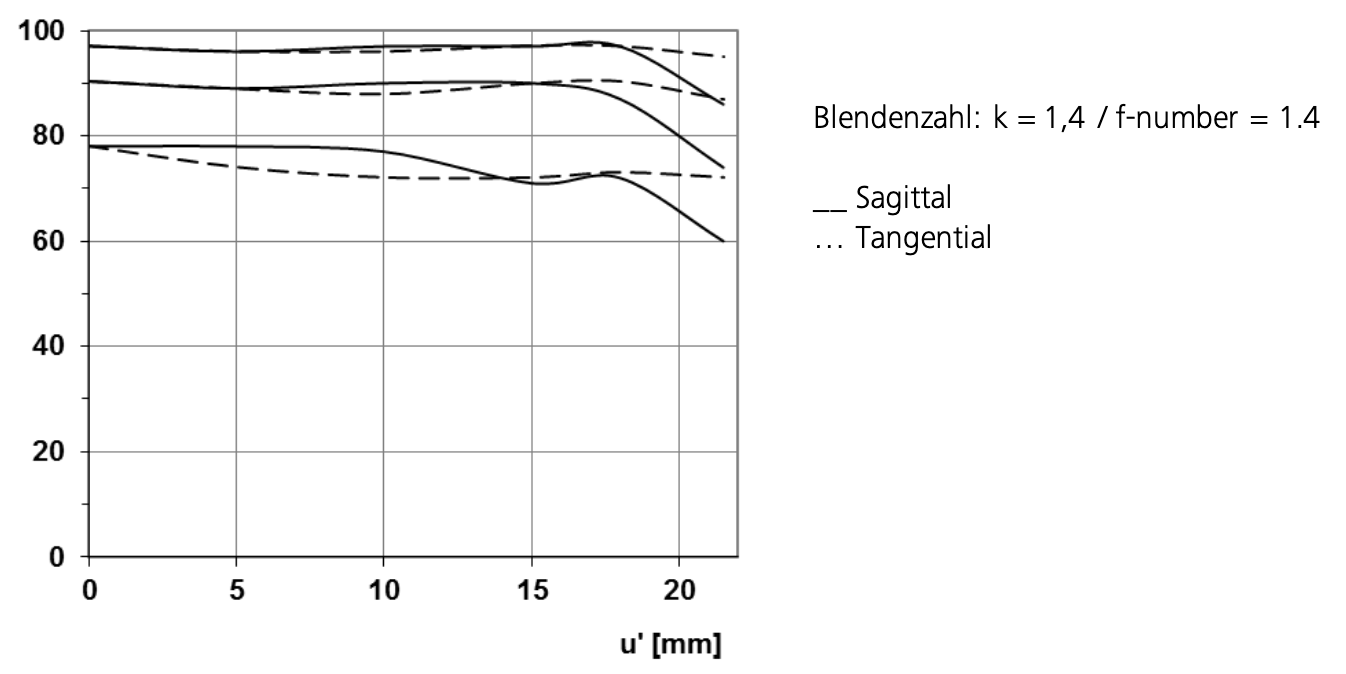 ​As you can see, the horizontal axis goes from 0mm (the optical center of the lens) to just over 20mm (the corner of the sensor).

Sharpness, by itself, doesn't mean anything. What we want to know is whether fine details are visible or not in the final image. A test chart usually has alternating black and white lines. Those represent maximum contrats in the subject scene (pure white next to pure black). Because there is some light loss in the lens, those lines will be projected as bright grey and dark gray on the sensor, not pure white and pure black. The percentage on the vertical axis measures how much of the original contrast is transmitted to the sensor by the lens. The higher the number, the less contrast is lost in the lens.

One last detail and we can start interpreting these graphs: the finer the details in the subject scene, the more difficult it is for the lens to transmit them without losing contrast. If your scene has very large white and black lines, the lens will have no trouble showing them on the sensor. Only the edge between them will lose some contrast. ​The thinner the ​white and black lines in the subject scene, the more lens will make them look medium grey, until at one point they can no longer be told apart from one another.  (if you'd like the same explanation with more helpful images, Canon USA have a great page).

So how do you read an MTF Graph?

Let's take a look at that graph again.

​The graph displays 3 pairs of ​curves. Let's ignore the dotted ​curves for now. So we have 3 black ​curves.

As you can see, this contrast 'transfer' efficiency from subject to sensor varies as we move from the optical center to the edge (18mm) and the corner (21mm) of the sensor: the curves aren't perfectly straight.

A perfect lens would have all 3 curves perfectly straight and horizontal (no variation accross the sensor) and bunched up at the very top (no loss in contrast as the detail gets finer. As it turns out, this is as close to perfection as you're likely to find. The Otus 100 is a no-compromise lens that goes all out for optical perfection and almost achieves it. Price and weight don't enter the equation here 😉 For comparison, here is another Zeiss lens, also a great lesns but for other reasons: the Zeiss Sonnar 150/4. 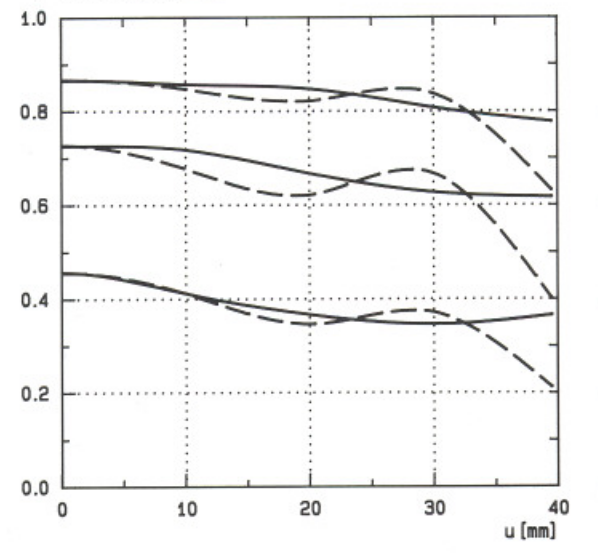 ​As you can see, the top ​curve is already lower and more sloping than that of the Otus 100 and the bottom one is ​a lot​ lower. This means fine details are transmitted to the sensor with far lower contrast than with the Otus 100. The observant eye may have noticed that the horizontal axis goes all the way to 40mm, not just 21mm. This is a medium format lens that has to cover a much larger surface than the Otus. We'll talk about that in more detail later. ​​​

What about the dotte​d curves?

Okay, so MTF graphs are all about measuring the contrast with which detail of varying fineness is transfered by the lens at various distances from its optical ​axis. And those details are in the form of pairs of white and black lines of varying thicknesses placed in front of the lens. Now those line pairs could be drawn horizontally, they could be drawn vertically and they could be drawn in any direction. The convention is that they are drawn in two directions: In the sagital direction, ie like the spokes of a bicycle wheel. And in the tangential direction, ie perpendicular to the spokes of a wheel. 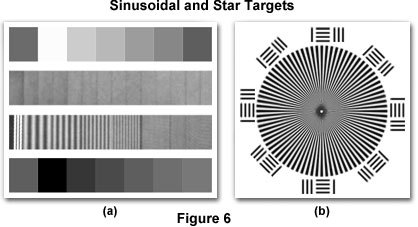 ​The full black curves indicate sigital measurements and the dotted curves indicate the meridian measurements. In an ideal lens, the two would be one and a same. In real life, lenses don't relay information from the two directions in the same manner. The dotted ​curves are often wavier than the full ​curves.

So that's it: intuitively, you want the curves to be as high as possible, as straight as possible and the full/dotted curves to be as close as possible to one another. When you see that, you can expect the lens to be expensive and to create very lifelike, realistic images. It's the departure from that that defines the character of the lens and what we want to be able to read into.

That will be the subject of part two.