It took a while to get here – three days of travel – two spent on a 36 hour train journey from Cape Town that should have taken only 26 hours and then, a day long 700km drive from Johannesburg. More than 2000km in all, literally, from one end of the country to the other. The weather is overcast, meaning a coolish and pleasant 20C, as opposed to last week’s 39C in the region. 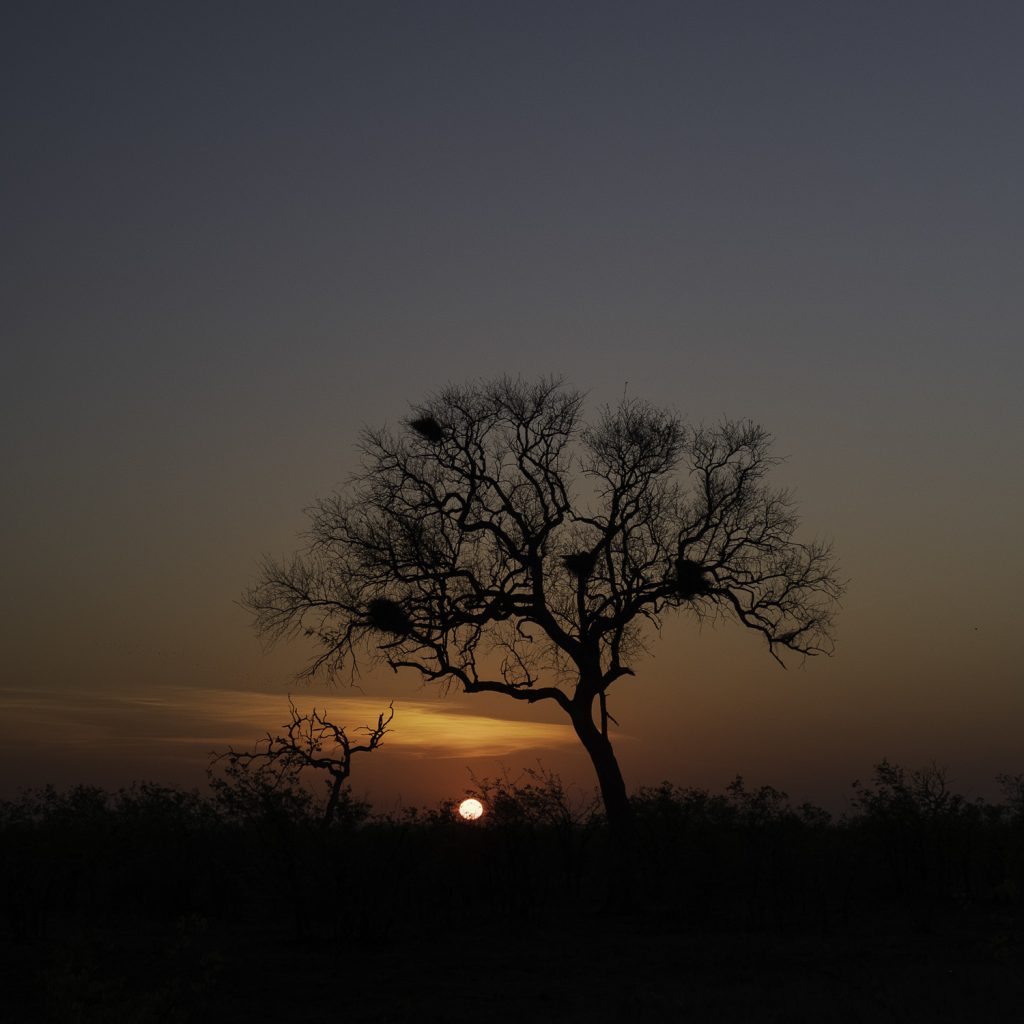 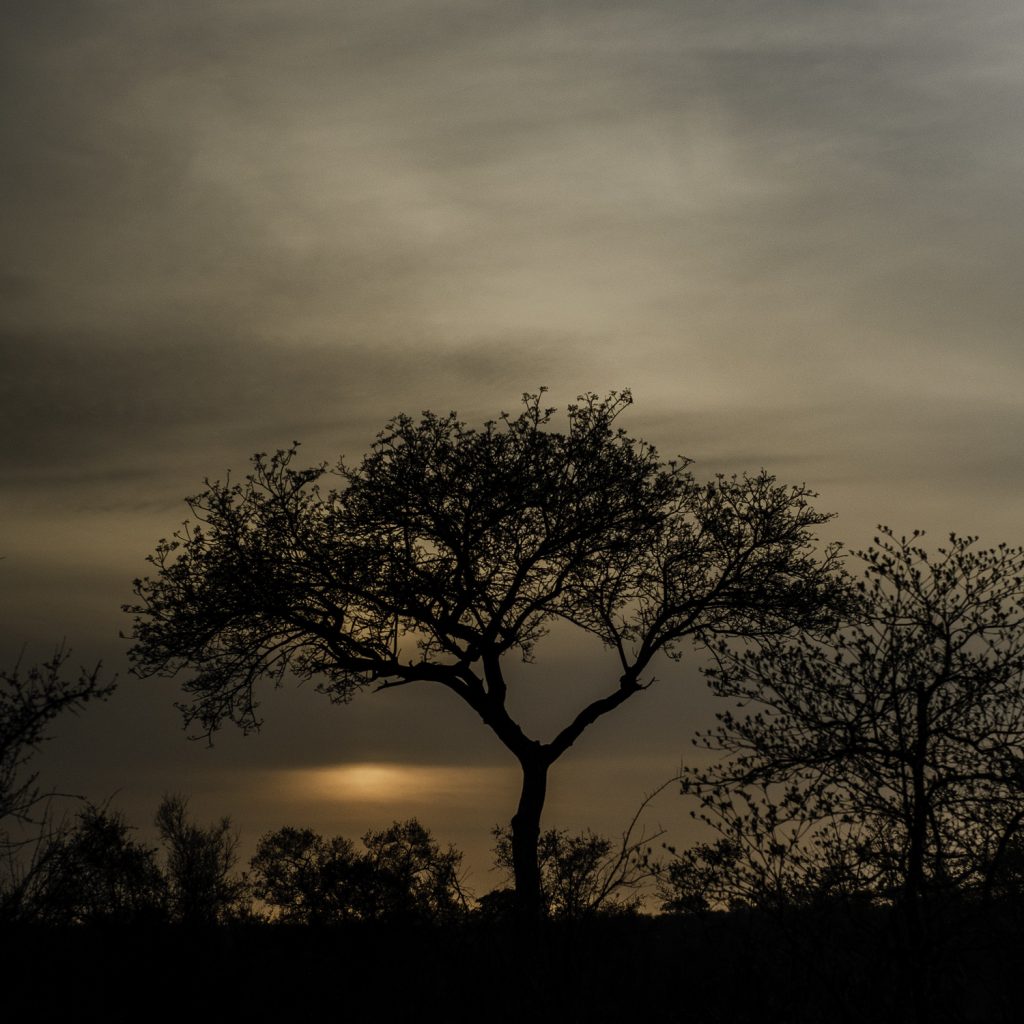 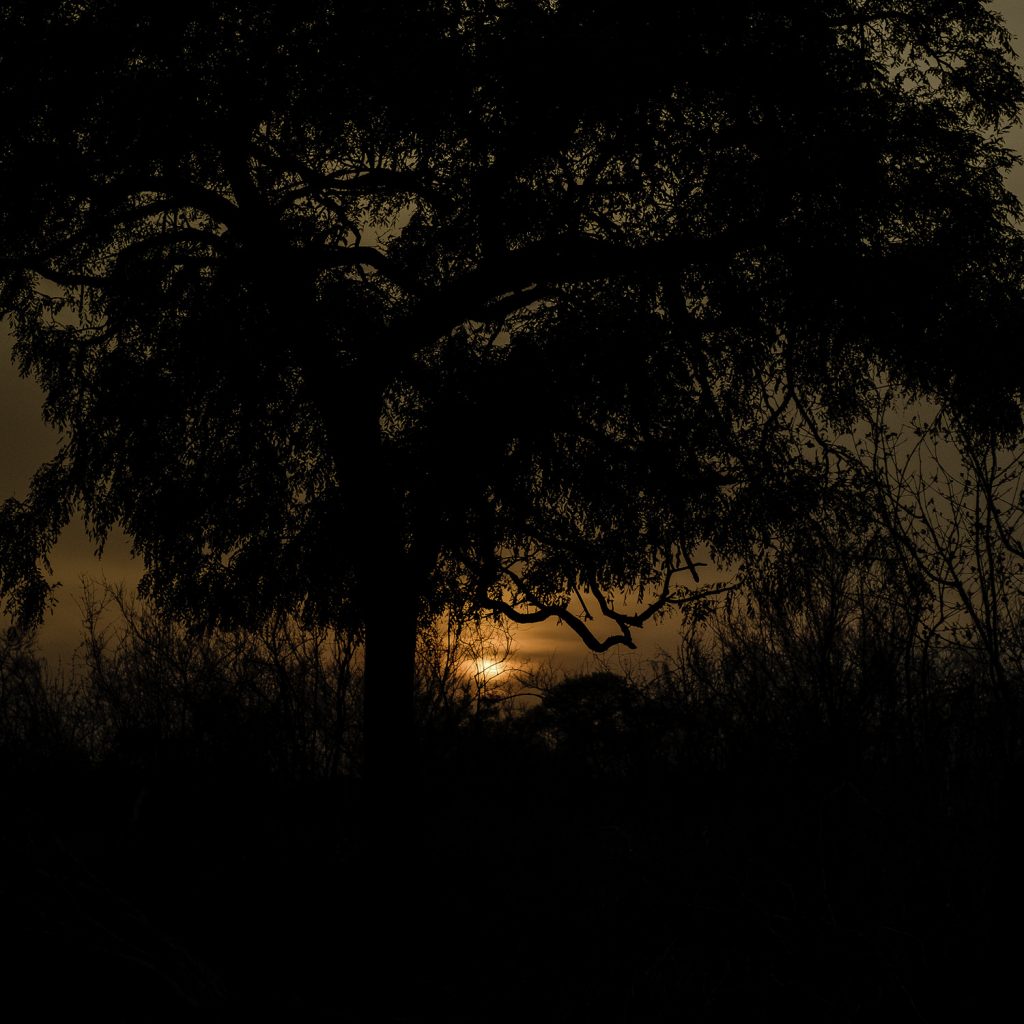 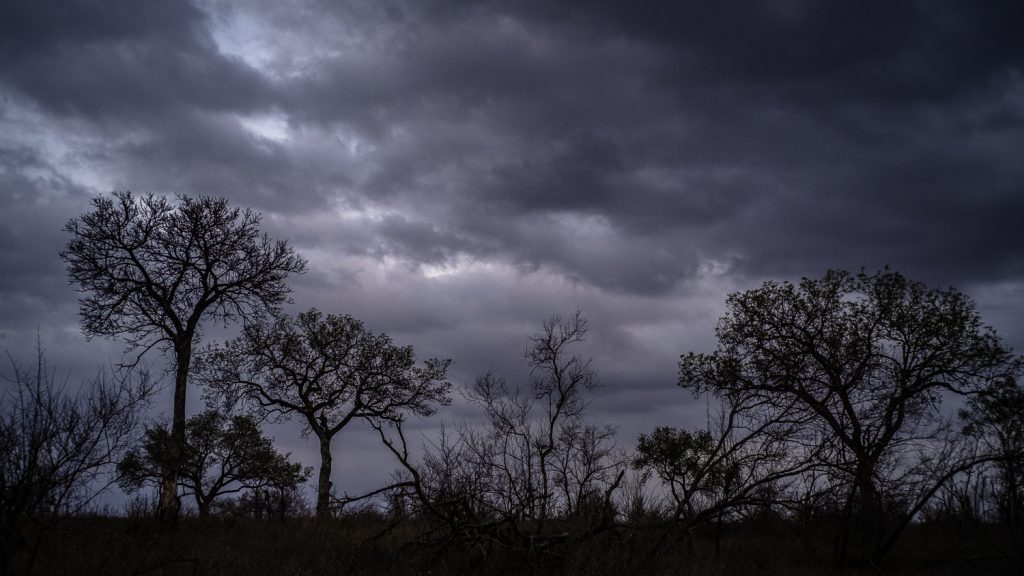 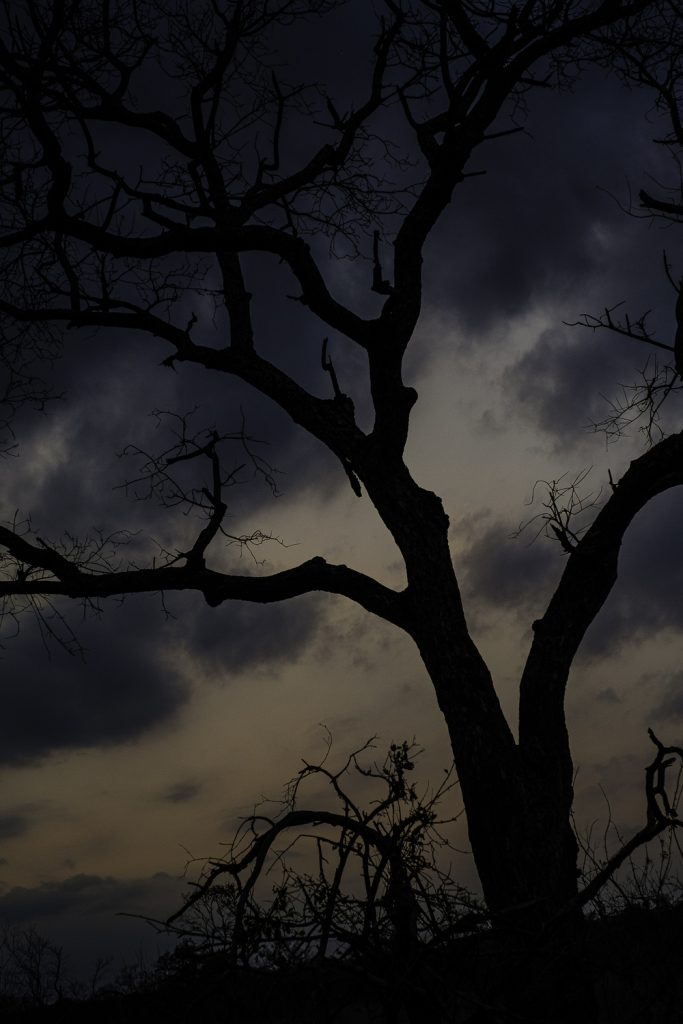 Aside from a few drops last night, the Park hasn’t had much rain of late and is as dry as I’ve ever seen it. This is the wet season and there’s still hope; some years, the rains don’t come until December/January, but then they tend to be biblical.

Friday – 18:15 and a brief halt to tapping at my keyboard as a lion roars thunderously nearby. We quickly head for the camp’s floodlit waterhole, but by the time we get there the fun is over and Leo has legged it. 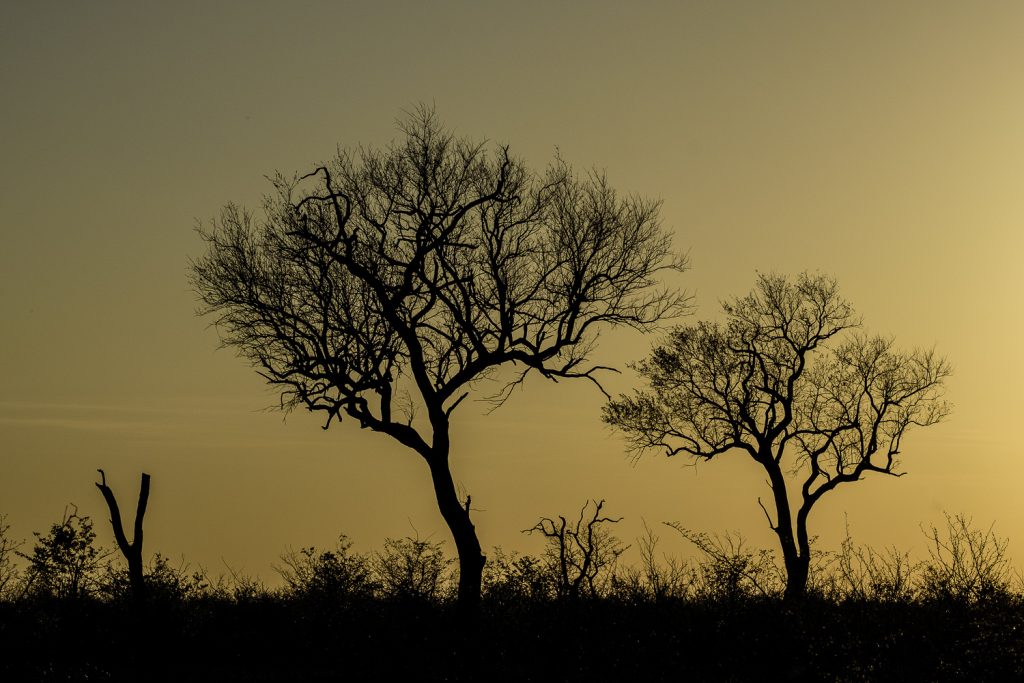 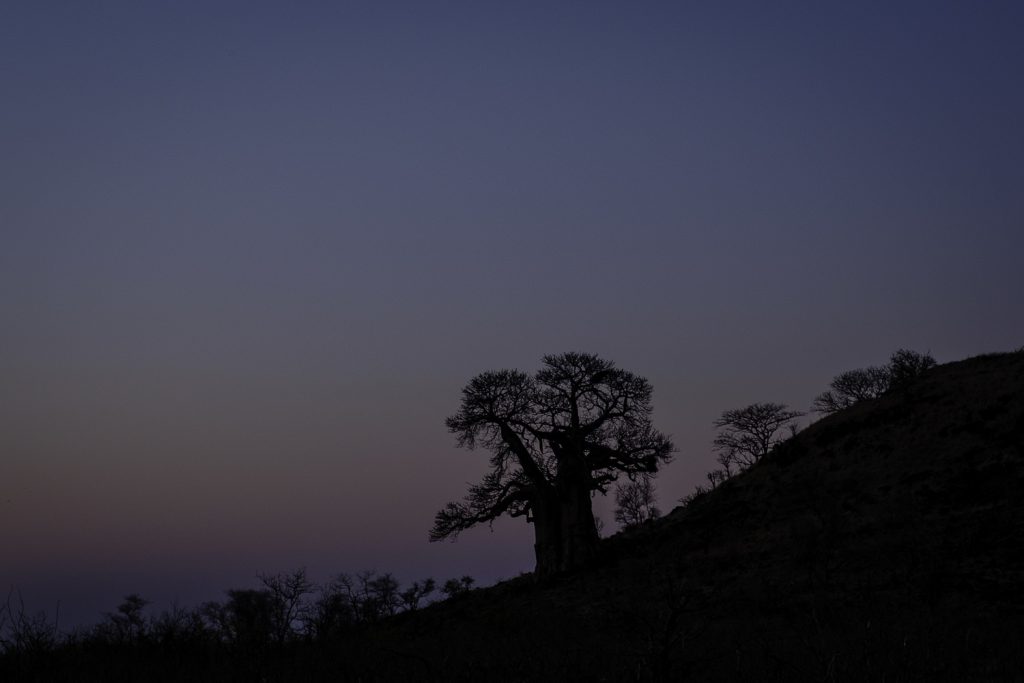 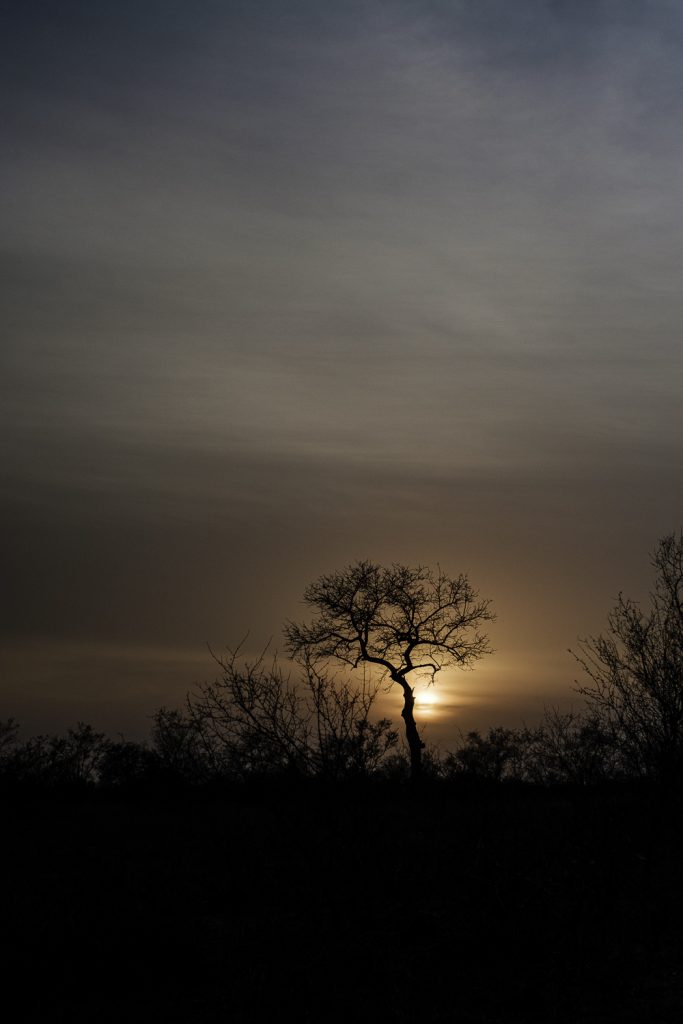 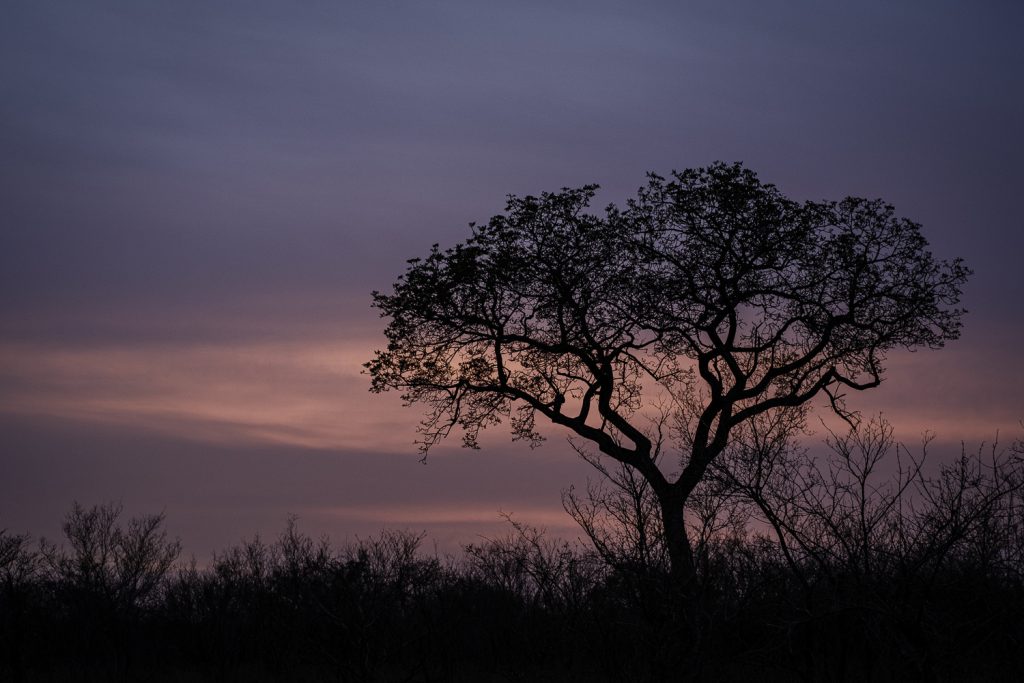 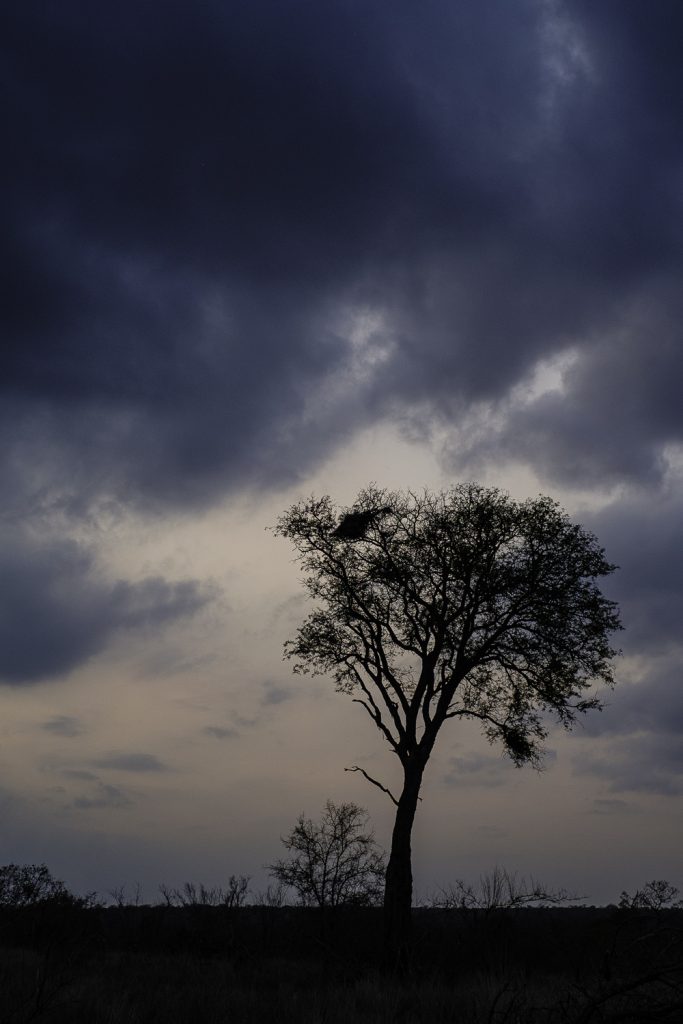 Until you experience it, it’s unlikely you have any kind of idea what it’s like. When asked on his first visit to the bush, our son-in-law said that he had imagined the bush was like being in a “drive around zoo.”

The Park is huge. A business and massive revenue generator for the operators and nation alike, but the bush is just that. In many of the rest camps there is no electricity, save that generated on site with solar systems. There is no blanket cell coverage – this to try and deter poaching, which has decimated our rhino stocks and is now hunting down our elephants as well. The rest camps offer limited and very localised coverage for those of us who don’t want to be too cut off from the rest of the world. 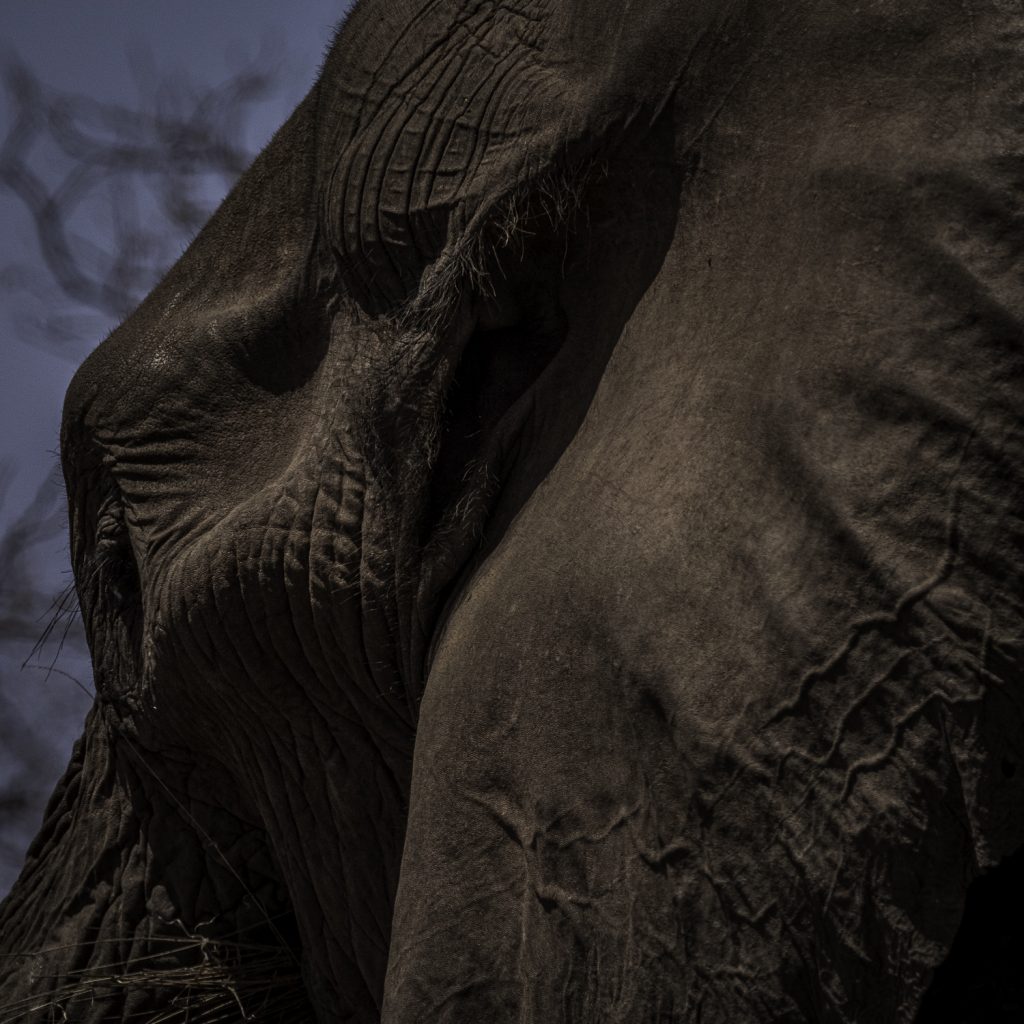 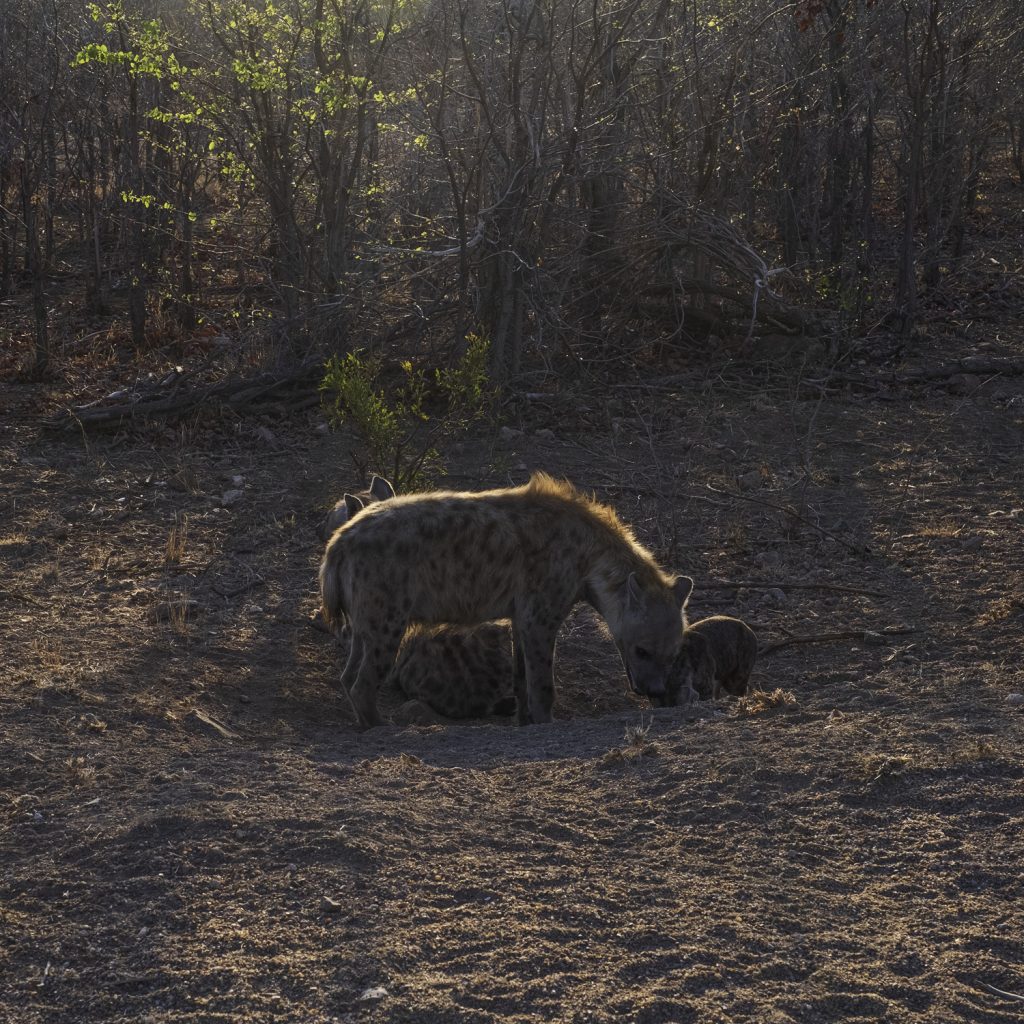 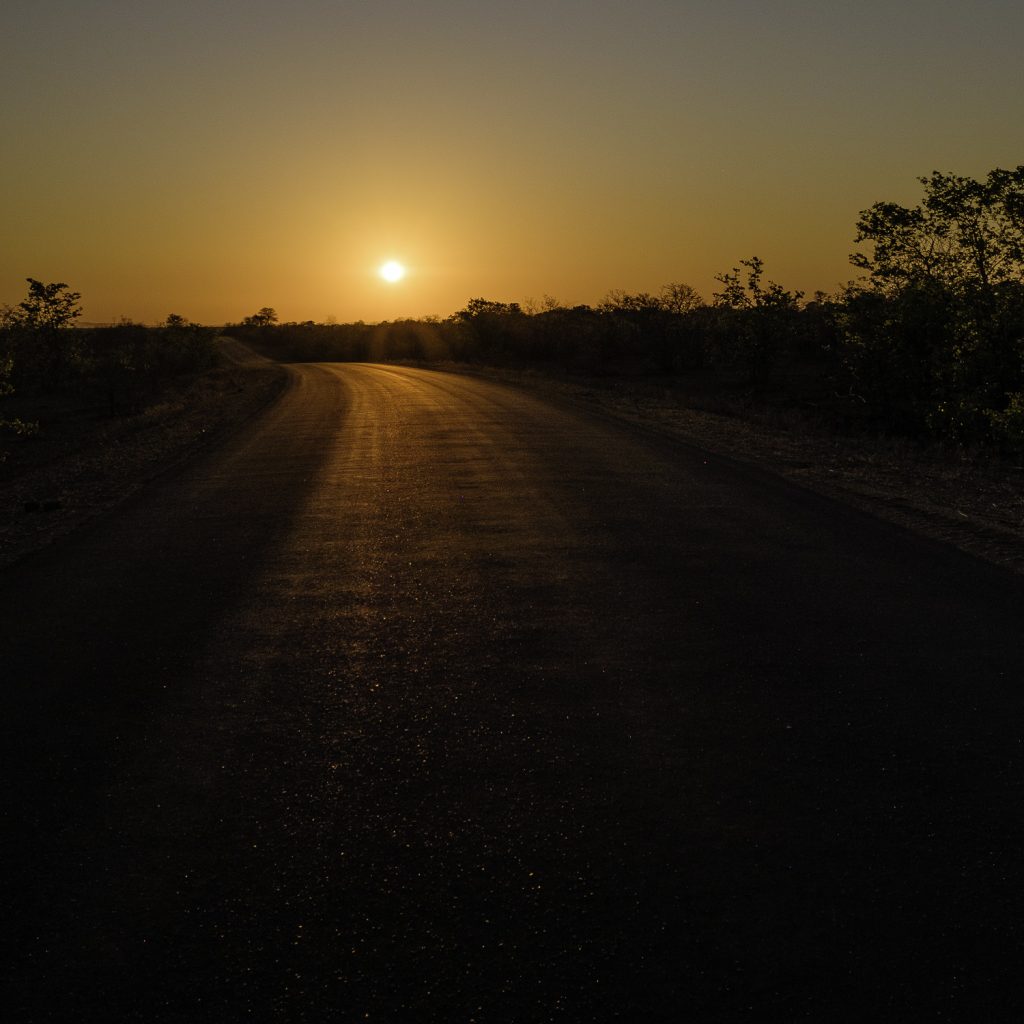 Sunrise on the road 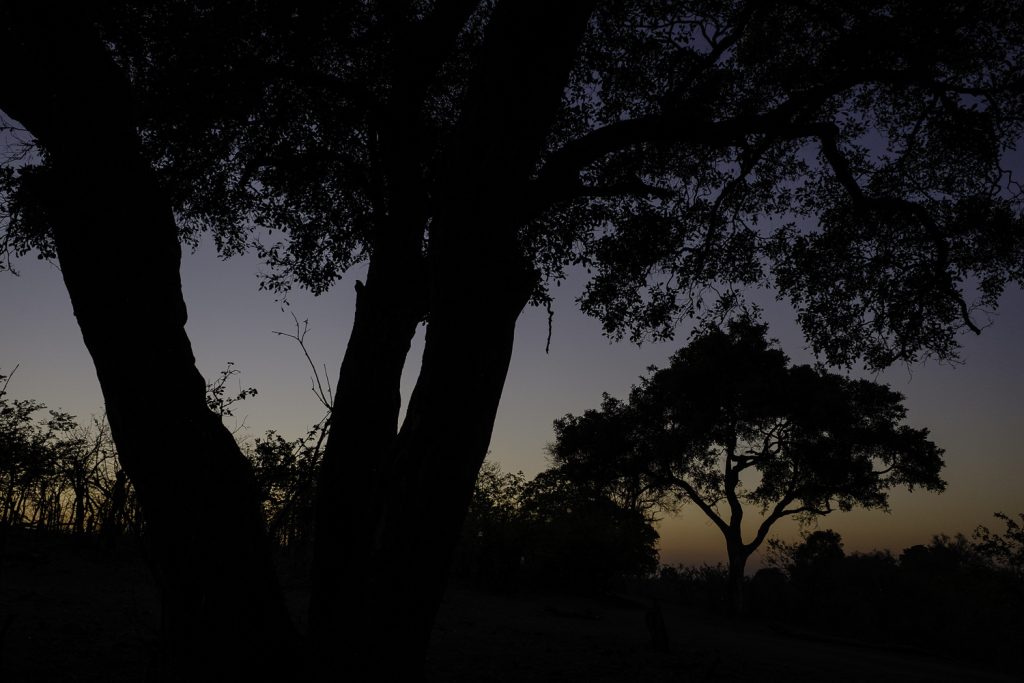 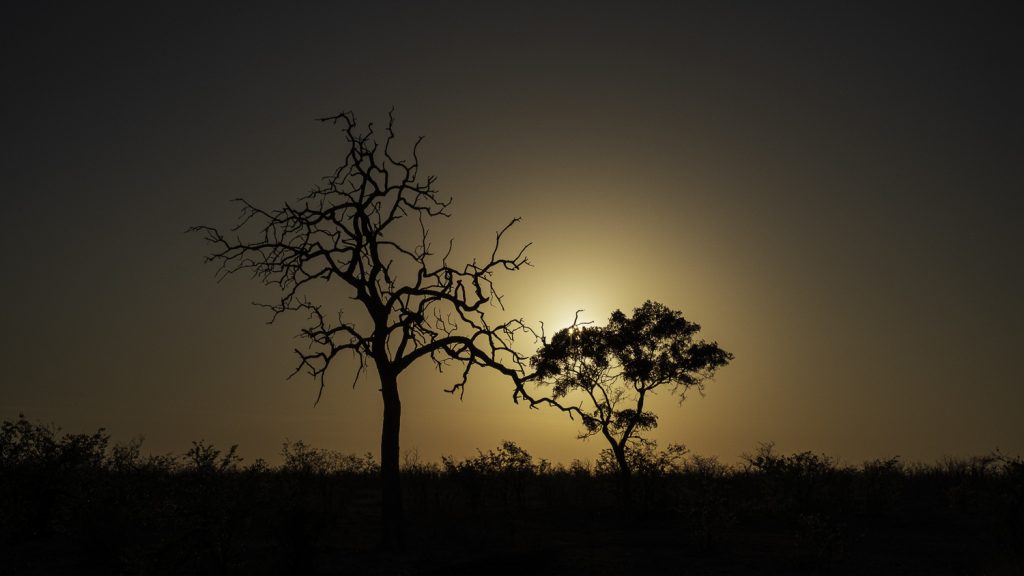 The bush is dry, dusty and dense. If like us, you prefer to drive yourself, there are strict speed limits; 30km/h on sand roads, 50km/h on the main tarred sections. Faster than that and you’ll miss the flash of a zebra just a few metres away, or the unmistakable shape of a lion in the distance.

The Park teems with game, but the thickness of the bush coupled with a visitor’s limited ability to see deep between the trees and scrub – visibility from publicly accessible areas of the Park is estimated at around 3% of its 19,500 square kilometres – means there’s plenty of space for the animals to hide.

The title “No-one stops to look at impala” will quickly become self explanatory. As a species, the beautiful, doe-like impala are by far the most plentiful – estimates as to the current population suggest upwards of 150,000. Singly, in pairs, small groups and large herds, there are impala everywhere. Often it’s all you’ll see for hours on end. It’s not their fault, but when you are desperate to see a one of the Park’s very few leopard or cheetahs, even a rare antelope, the appeal of an endless procession of impala can quickly pall. 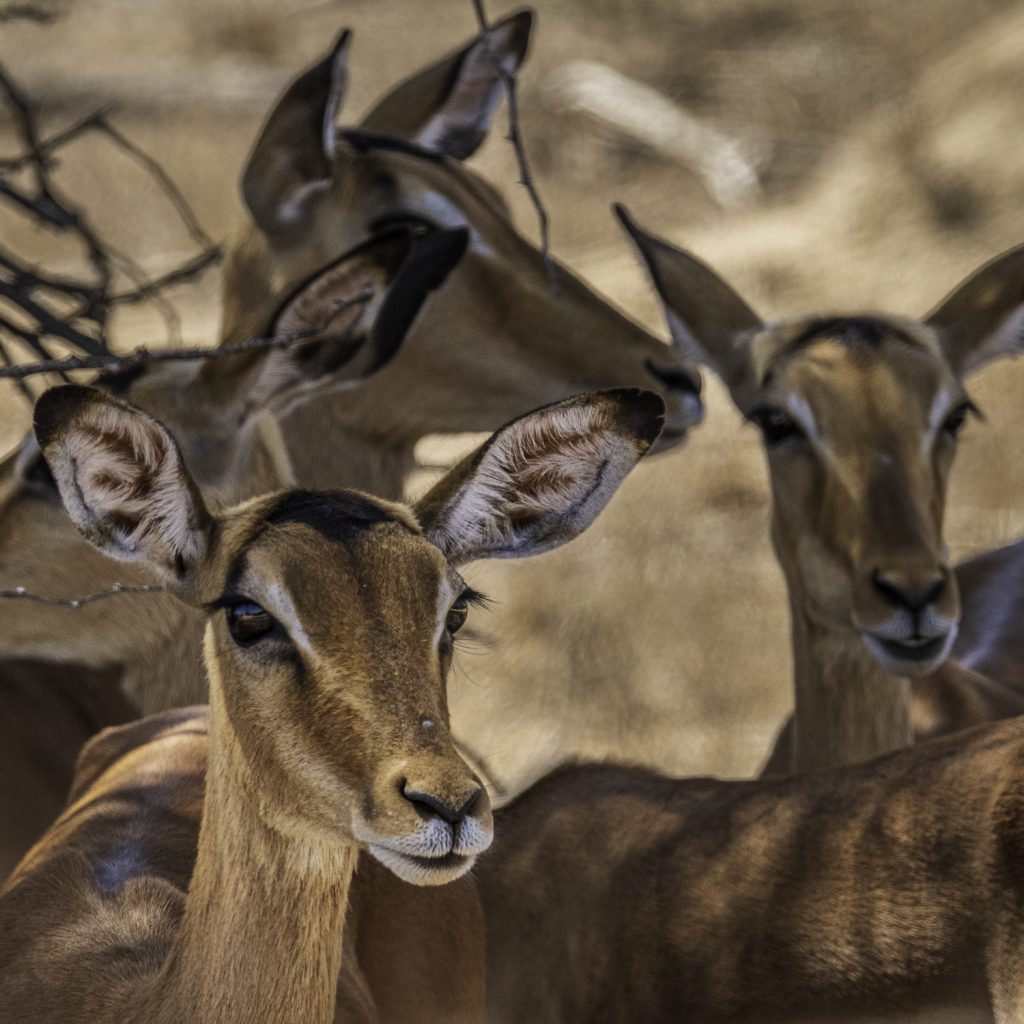 Remember too; aside from around the rest camps and closing-off the Park to the outside world, there are no fences. Even the fences between South Africa and Moçambique were removed some years back, creating an even larger Trans Frontier Park.

This is Africa in the raw.

Stay in your car, or end up being trampled by a hippo (Africa’s most dangerous animal and no.1 killer), eaten by a lion, stomped and gored by a Cape Buffalo, or bitten by a snake.

I tend to start wilting as the thermometer breaches mid thirty degree Celsius numbers. And on the morning I write, it’s 11:36, it’s already 36C and our self-declared rest day continues to underline our prescience. 38C is the predicted maximum for today and a whopping 41C tomorrow, there’ll be lots of mooching in our rondavel (circular, thatched chalet), sitting in the shade and endless thanks to the air conditioner that is belching cool air at 18C. 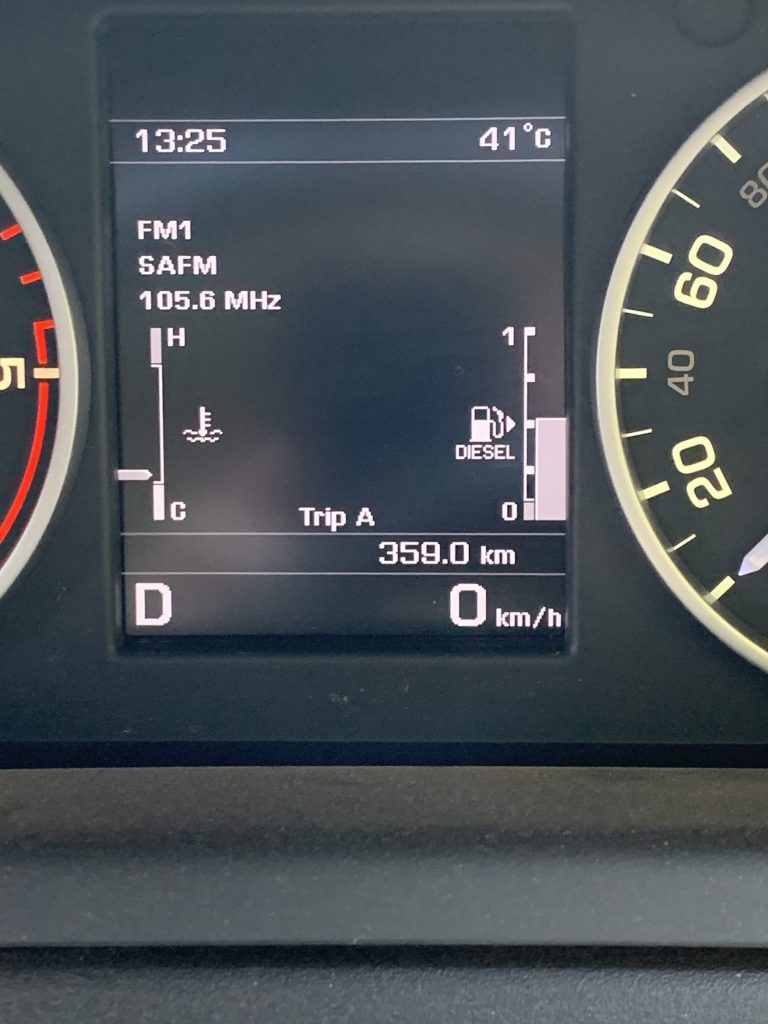 As it turned out, the thermometer hit 45C. It’s very, very hot and not conducive to doing anything.

The last few days of our stay and we’re back in the deep bush at one of the Kruger’s more private camps, called Bateleur, after the famous raptor. The thermometer was at a wilting 39C when we arrived and sweated to unpack the car, 19C, twelve hours and a crashing thunderstorm later. It’s remained overcast, but rain and the game we’ve travelled so far to see, remains elusive. 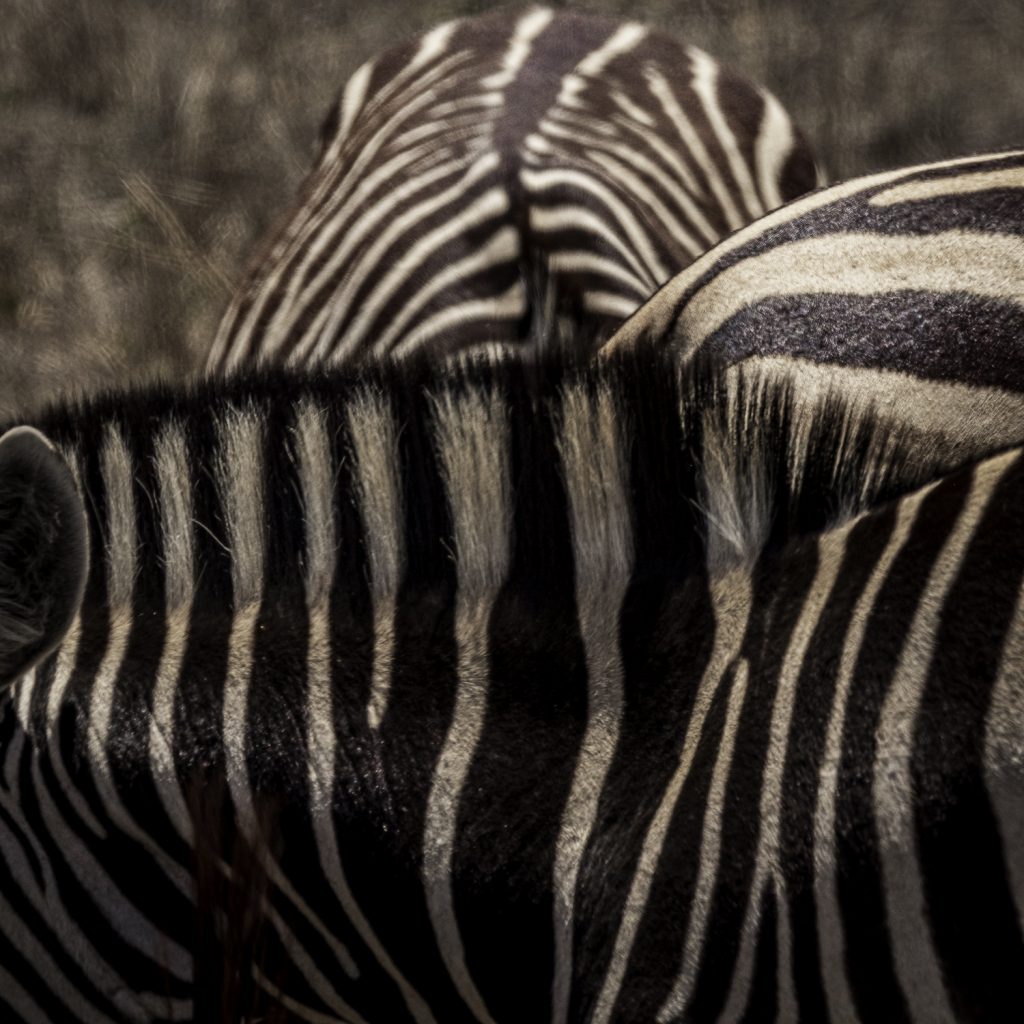 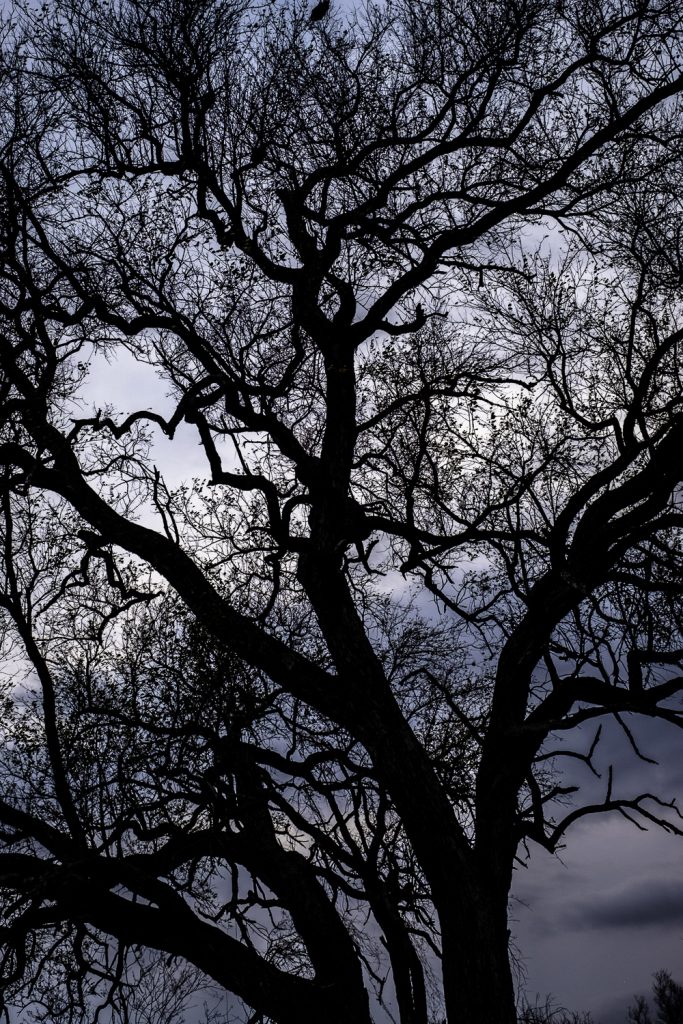 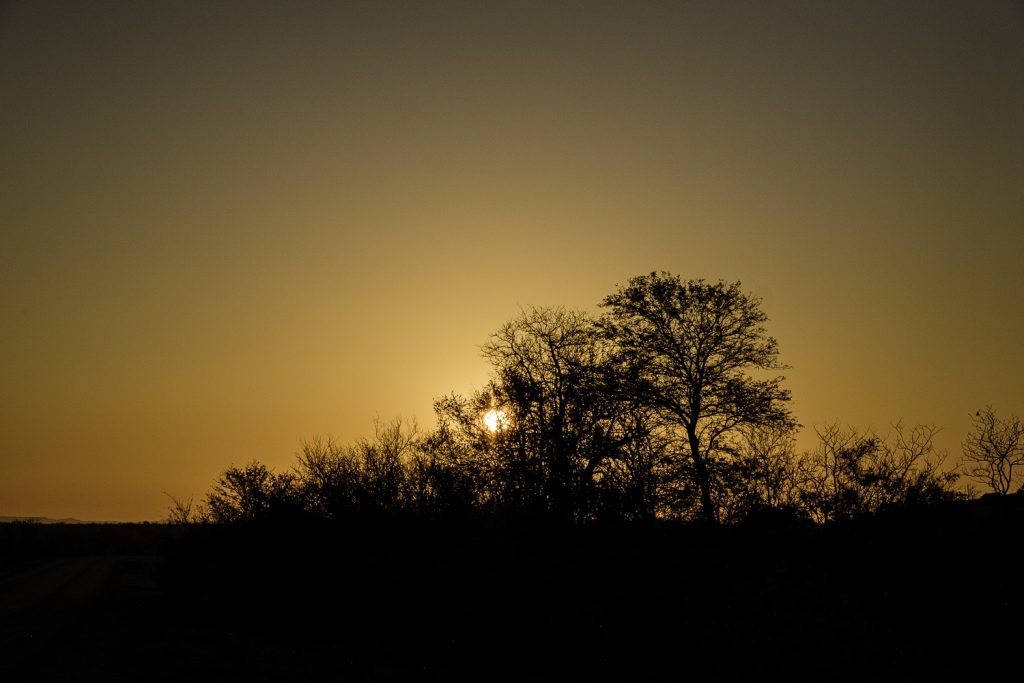 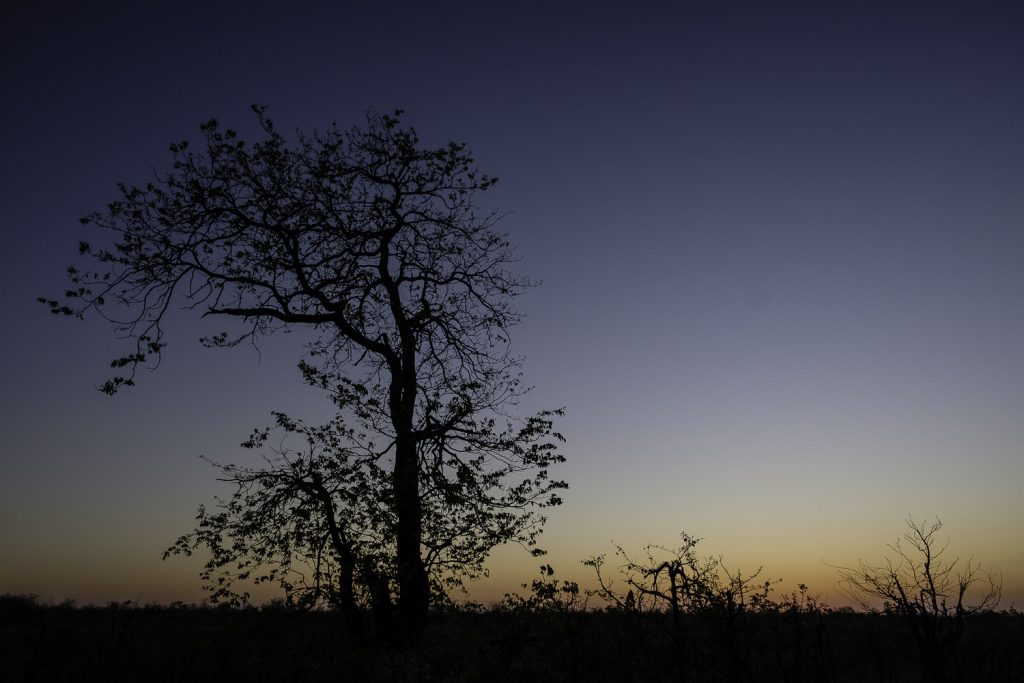 On a technical note and as I’ve written here before, über long lenses are generally a waste in the bush, unless you have a specific style of photography in mind. The bush is so thick that the multi-kilo 400mm/500mm prime (or zoom) you hauled in your hand luggage is incapable of penetrating it to get the shot you’re looking for. They are also difficult to hand hold, use in the car with a monopod and generally, a hassle. I use a Fuji 100-400 zoom in the bush, but accept that I’m limited by space and my ability to twist in my seat and shoot comfortably out of the car’s open window.

A good 80-200 zoom is lighter and will get 99% of the photographs you’re likely to want. If you’ve got a decent 24-70(ish) zoom, you’ll find it excellent for landscapes, sunrises and sunsets. Much more than that in a basic kit is just an excellent way of making up for not being able to go to the gym at home. 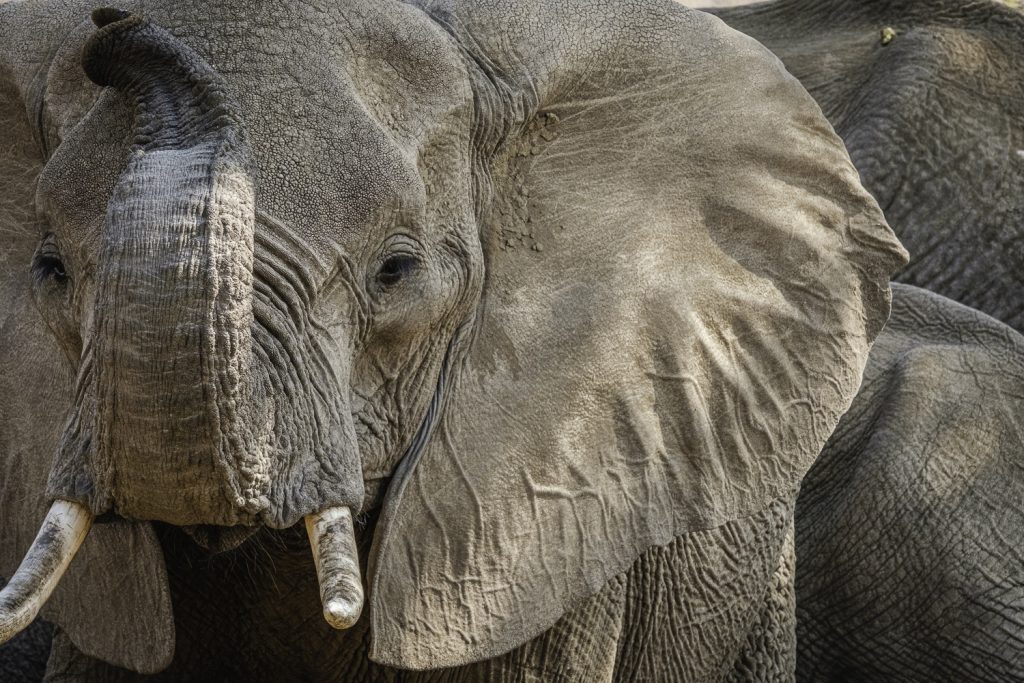 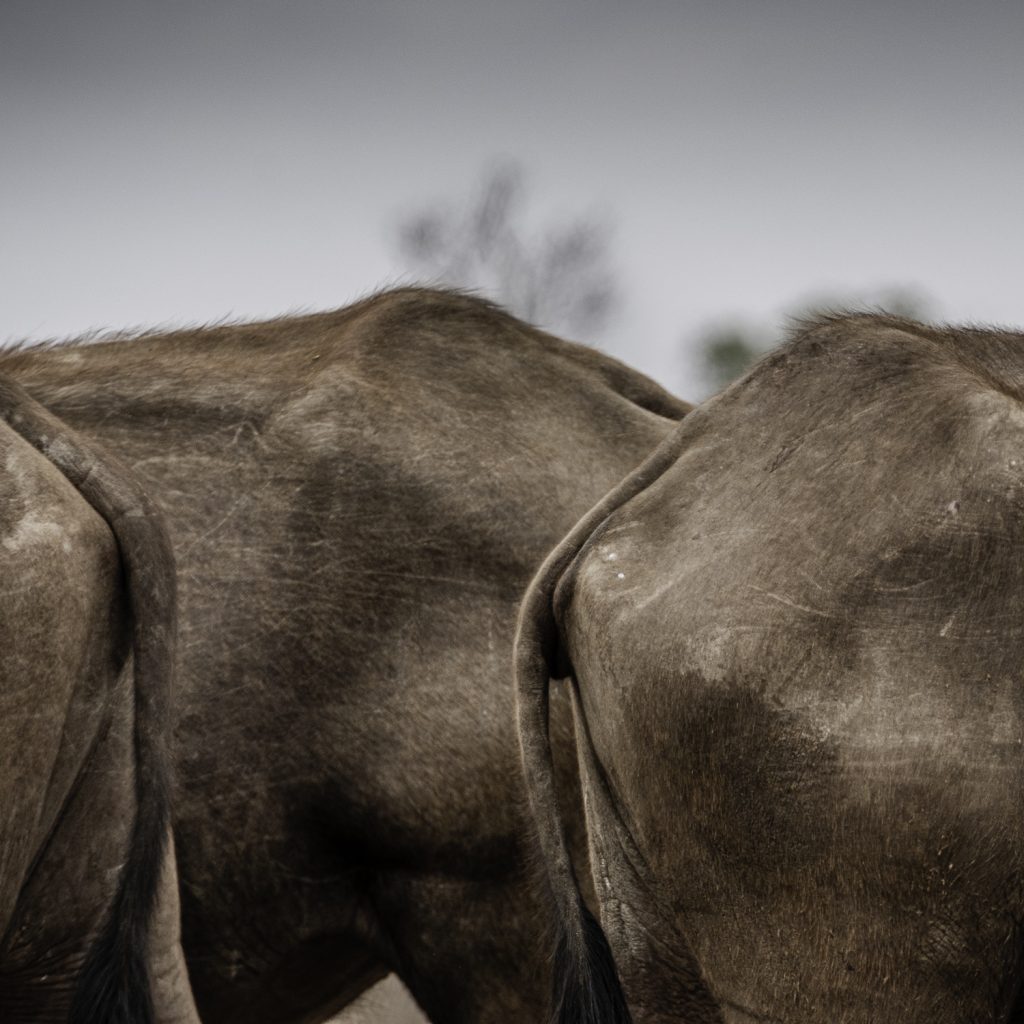 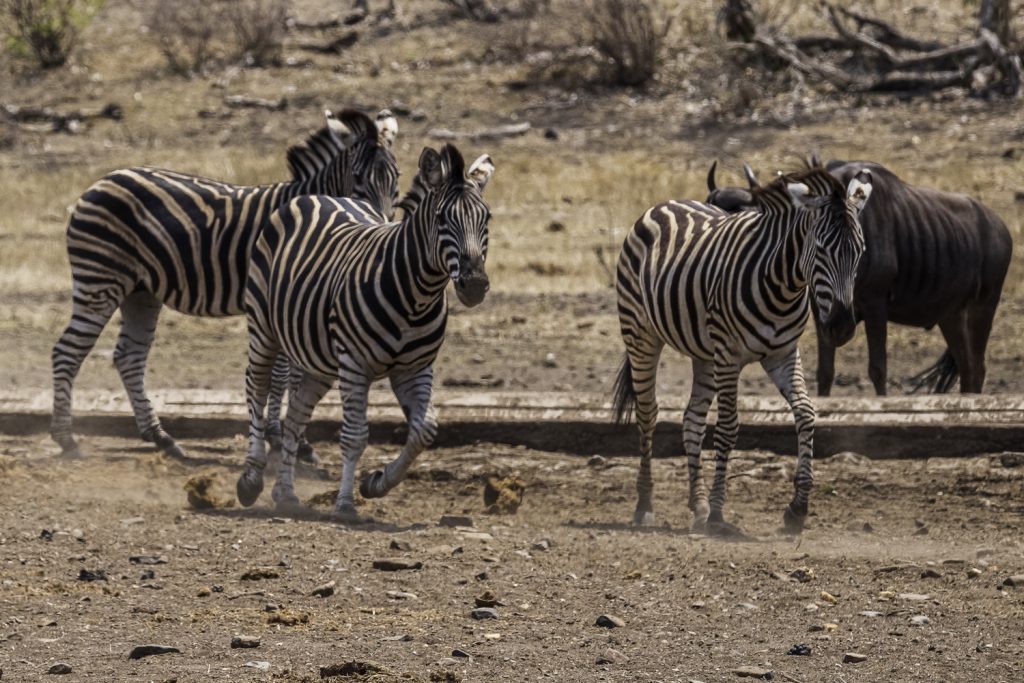 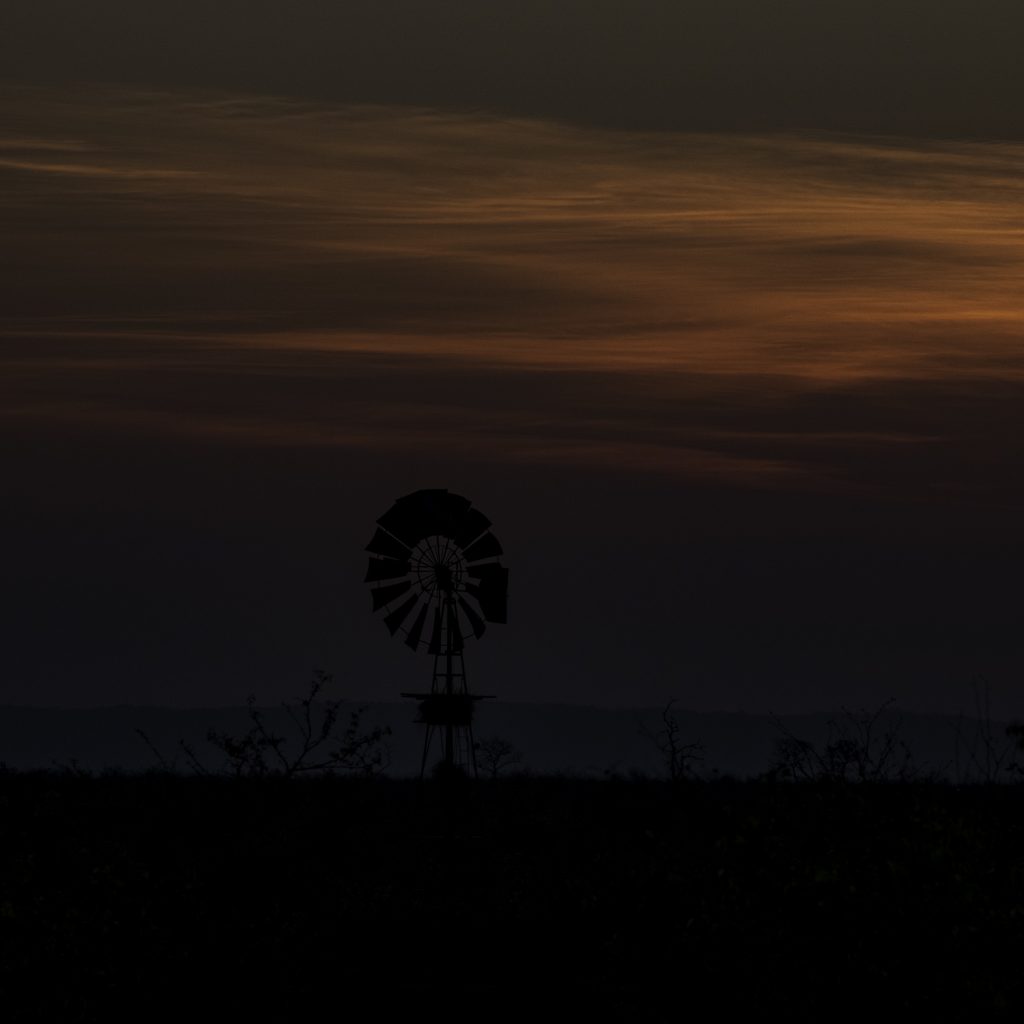 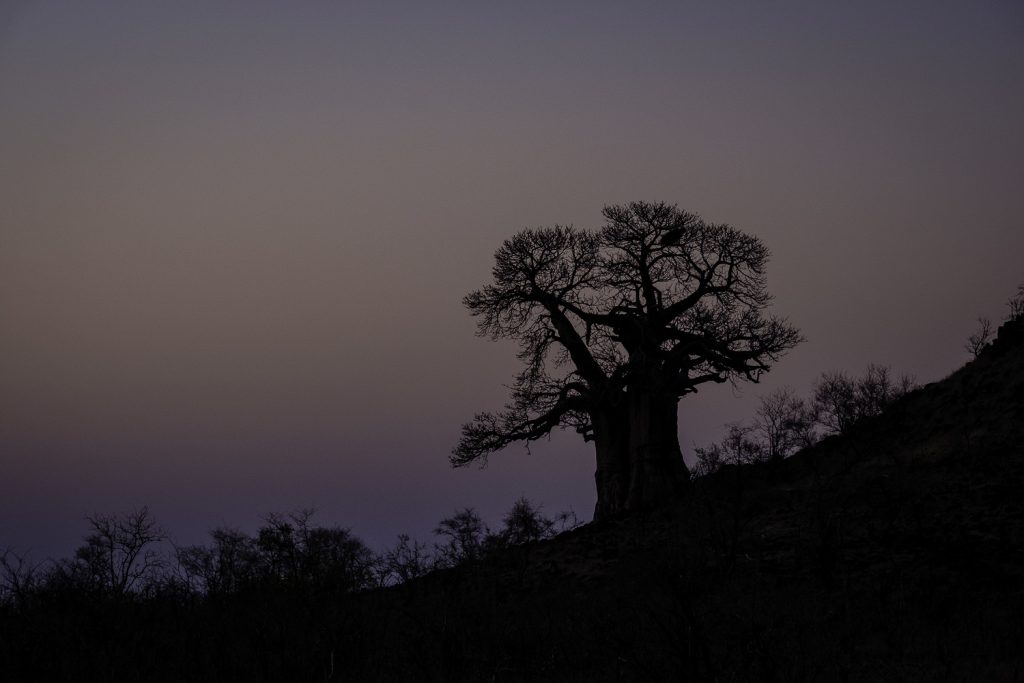 Remember too that what you’re shooting has no interest in you or your photographic needs. Inevitably, while you fiddle to get that fancy window/door camera mount exactly where you want it, the lion shot that was to be the pride (sorry) of your visit has wandered away.

#1144. La Ciotat: From gigayacht shipyard to shipwreck and back