This could end up being a devastatingly short post. During my last trip (to Japan, as you might have guessed from the dominantly Japanese photographs of my recent posts …) all my (non smartphone) shots were made with one lens, the Zeiss Loxia 25. All 1400 of them, without a single exception. 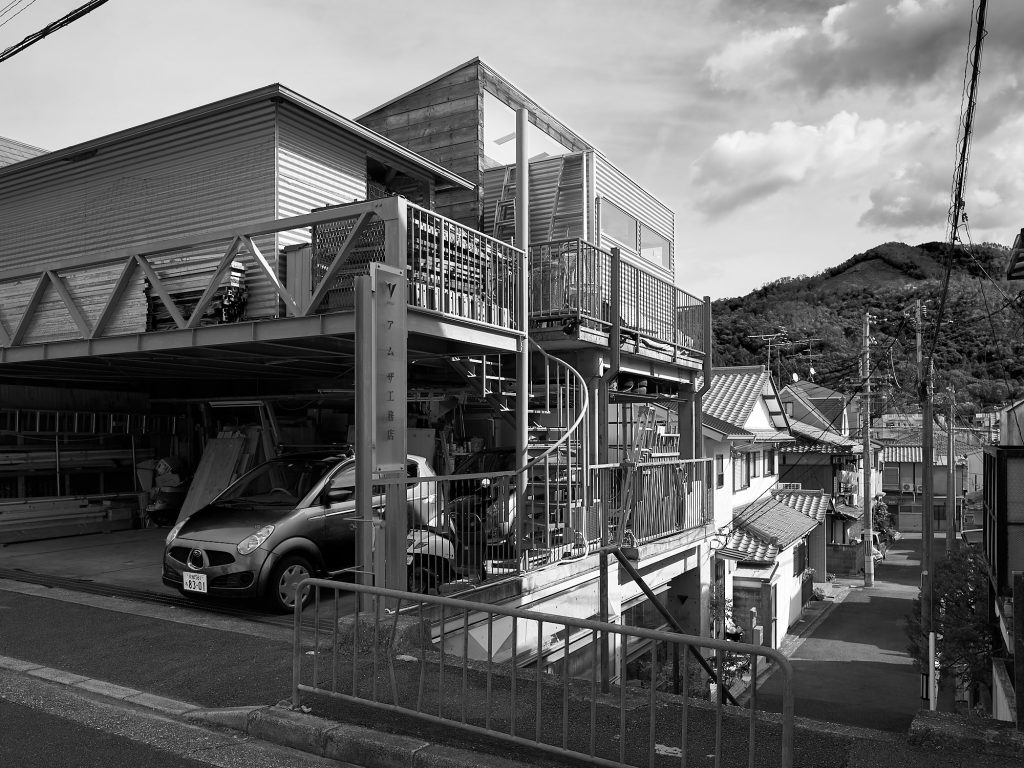 This probably makes me the worst possible person to write a “what’s in my bag” post. But hey, that doesn’t disqualify me as a photographer, so let me speak in the name of all others out there who prefer simplicity (do I hear lazy bugger ?) to envelope. Also, I feel my bags will give you a better perspective on my photographic preferences than will the rest of my gear.

So, lets begins with my most used  bag.

I love it dearly, to bits. It’s a Crumpler 4 million dollar home (such as the one shown in the video above). It was a gift from my wife in 2008 and it feels almost as good as new. This is wonderful bag, that feels utterly indestructible. I’m pretty sure it is bullet proof and could be worn as tactical garnment. Over the years and many, many days of use, it’s velcro hasn’t worn off, not a single stitch has been torn, the fabric is grubby but as good a new, the buckle to close / open is as snappy as on day 1. The sling is super comfortable, even after ten hours of walking. Fabulous. Unfortunately, Crumpler has a separate line of bags for Europe and they are nowhere near as inconspicuous and interesting. Mine was bought in Perth, during one of our visits.

Inside, two separators define 3 spaces in the main compartment. I use this bag exclusively with my M-mount lenses. One goes on either side and the third fits in the middle compartment, fitted on the camera. The 3 lenses in question are the Distagon 35/1.4 ZM, the C-Sonnar 50/1.5 ZM and the Elmarit-M 90/2.8, a trio that nothing I’ve tested before or since can dislodge from my heart. The Loxia 25 was a tight squeeze in the middle compartment, but the 35/1.4 ZM fits perfectly. 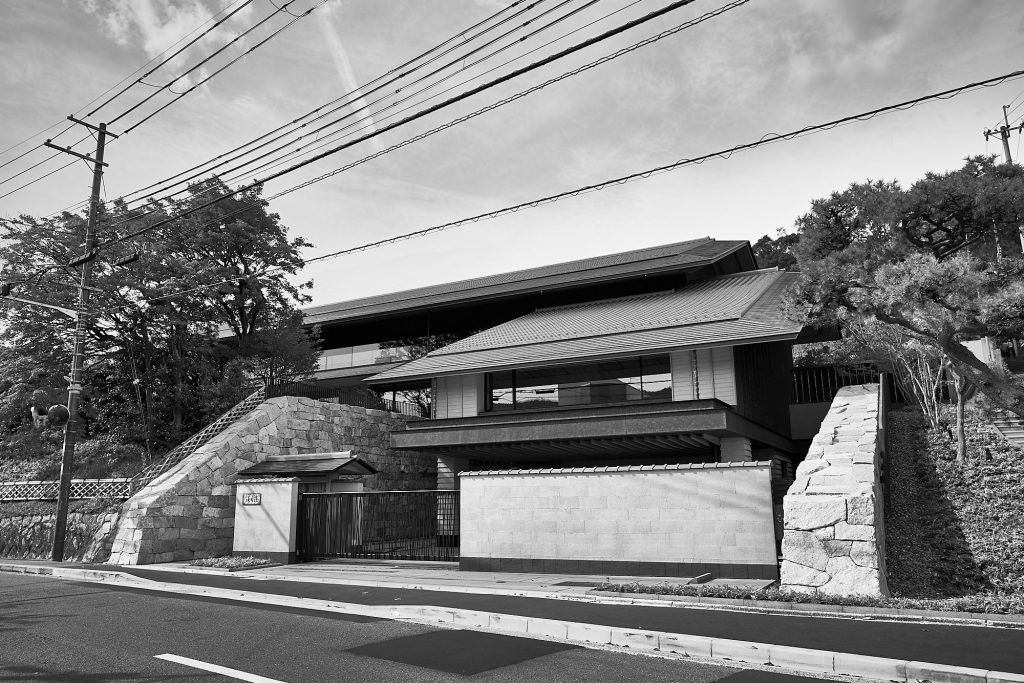 A front pouch compartment is large enough to hold my wallet, some keys a pen …

A zipper compartment under the top flap is great for small items such as an SD card “wallet” and change.

On either side of the lenses, outside the padded main compartment but inside the exterior fabric, two narrow but deep extra ares are perfect for 4 batteries.

All filled up, the bags looks like me after an unlimited refill afternoon tea. Slightly bloated. And surprisingly heavy given the size of the package.

This Crumpler is no longer a bag. It’s a companion I really wouldn’t want to be without. It’s a real feel good item and possibly the only think in my kit I wouldn’t want to give up for something new ! 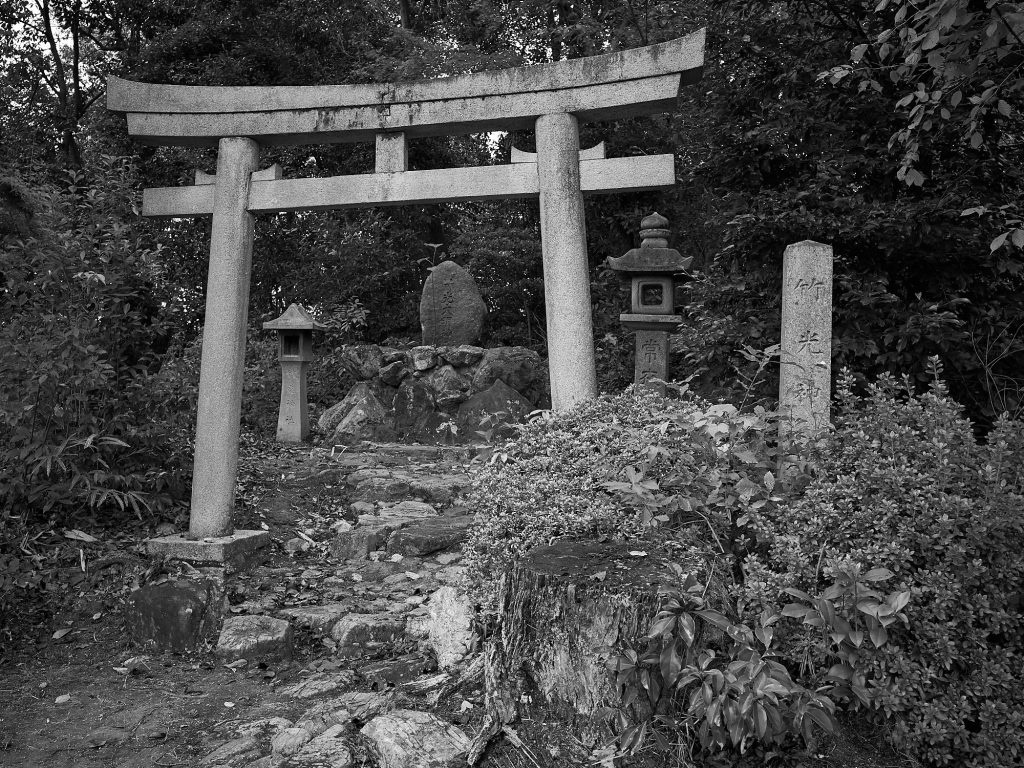 When bigger lenses are in order, my Go To bag is a black Think Tank retrospective 7. And it is more or less the exact opposite of the Crumpler : instead of a bomb-proof shelter, it is an organiser that maximises available inside space through the use of thin walls and separators. It’s an elegant urban bag that can carry a lot (large DSLR + 2 lenses + iPad + notebook + a book to read + chargers + … See below, the smaller Retrospective 5, in the hands of Steve Huff.

It is also silent, giving you the option of velcro silencers so that you can open the bag quietly in a sensitive (churches, theater …) environment (although using the A7r2 makes that kinduv a moot point 😀 ).

The fabric of the bag is actually very sturdy and the stitches are still perfect after several years (although it gets nowhere near as much use as the Crumpler).

Where this Think Tank falls is on comfort. The strap, although large and padded, has buckles that somehow always end up on my shoulder and becomes painful after only a few hours. So the bag is great for an afternoon strool through a city but it will only come with me on holiday if there is the need to carry stuff in cabine luggage and the extra room is needed.

Inside the bag, you’d often find my Otus 85, Distagon 25/2 ZE.2 and (before I so stupidly sold it), Summicron-R 50/2, all in Nikon mount, therefore requiring the same adapter. Batteries and charger, a notepad, pens, paperwork and a paperback book to read. In that configuration, the weight is significant and the pain rapidly follows suit.

Another bugaboo is that the velcro wore out very rapidly and now serves as a vague reminder that I’m opening the bag, should my brain be on holiday while my hand is at work. Since the bag’s flat shape makes it uncomfortable for carrying on the side, it is more often flat on my back. And the thought of carrying precious kit, with a top flap that can be lifted without me noticing the pressure or noise, is unsettling. The Think Tank is getting less and less use.

Even further down my pareto curve of bag usage are two others. One is a lowepro backpack with a horizontal separation in the middle, a very sturdy and protective bottom and a very light and roomy top, with solid zippers that can hold passports and other precious items out of reach of even Linus Caldwell. It’s a really lovely bag that’s been with me for more than 20 years and looks like it’s fresh out of the shop. It’s been on hikes that ended the lives of Vibram soles and always feels comfortable and balanced. But the need for so much carrying space has vanished and it now functions more as a hamper than a photo companion. Oh, the humanity. 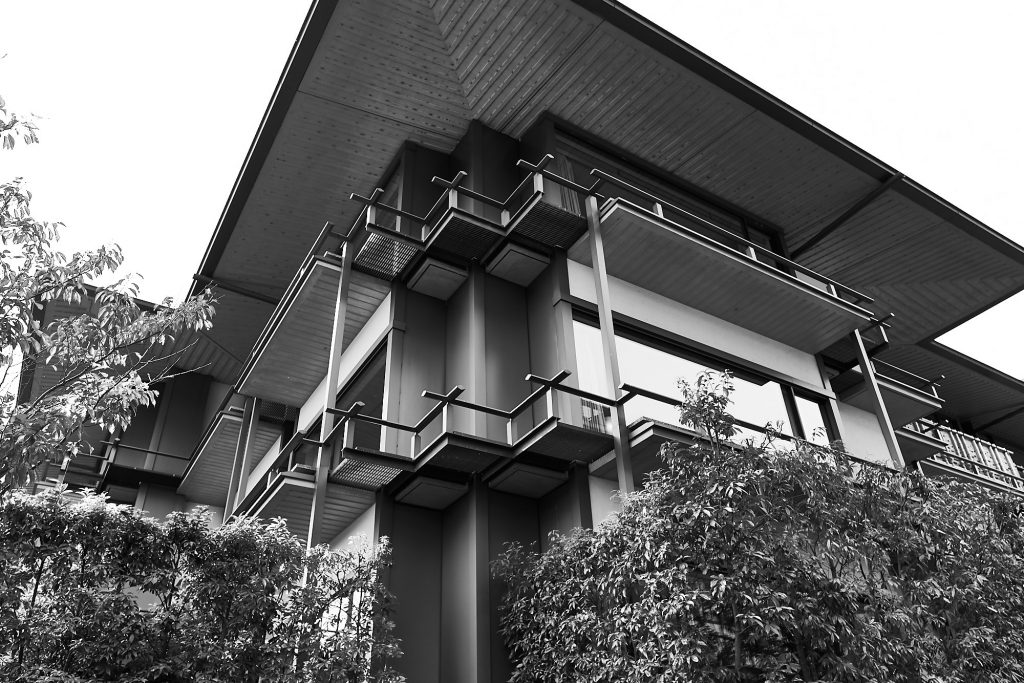 The final bag is a square old-school bunker also made by lowepro. I’m pretty sure I can safely live in it when Donald, Nigel and friends finally succeed in turning the planet into a global war zone. It’s large, solid beyond reason, and unlike my current photo process in every conceivable way.

It was a gift from colleagues and so remains a treasured possession but is such a remnant of my dark ages of photography (you know: that big, fat digital camera with big fat white zooms. That naive and ill-considered transition from the elegant and focused years of Mamiya 7 usage to the “I can do anything & tackle any subject” folly of (my) early digital depression) that it’s been gathering dust for the past 15 years. Inside are other traces of that hurtful transition, other items with vestigial tails and evidence of a thought process driven by technological evolution rather than personal introspection : ballheads that can handle gun turrets, plates, filters galore … you name it.

So, there you are. My gear is quite minimalist, though perhaps not yet minimalist enough. As such, it doesn’t make much of a conversation piece, let alone an interesting read. I basically own a camera with which I’ve had a love/hate relationship from day 1 and three main lenses, one of which (35/1.4 ZM) gets 90% of mout-time. Not pulitzer prize material. But I hope the description of my bags, items that better describe my attitute towards photography (and it’s evolution), has proven more interesting.

I’ll end with this : my bag for the future ? 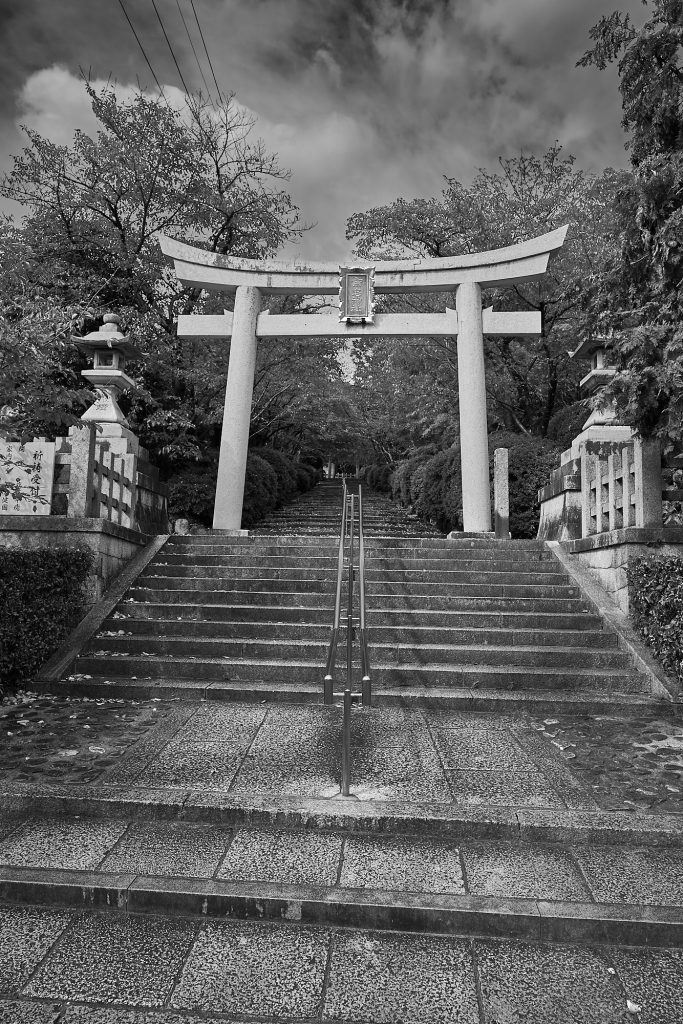 Einstein’s definition of madness (repeating the same actions, hoping for different outcomes) paints me in a bad light. I’ve been burnt twice with kickstarters, but am still too close for comfort to falling a third time. This time for a Peak Design bag. They are expensive bag but seem very well thought out and appear to combine the ruggedness of my Crumpler with the elegant and configurable organisation of the Think Tank. One question remains : how comfortable is the strap. It honestly doesn’t look it in the photograph, but reviews are mostly super positive. 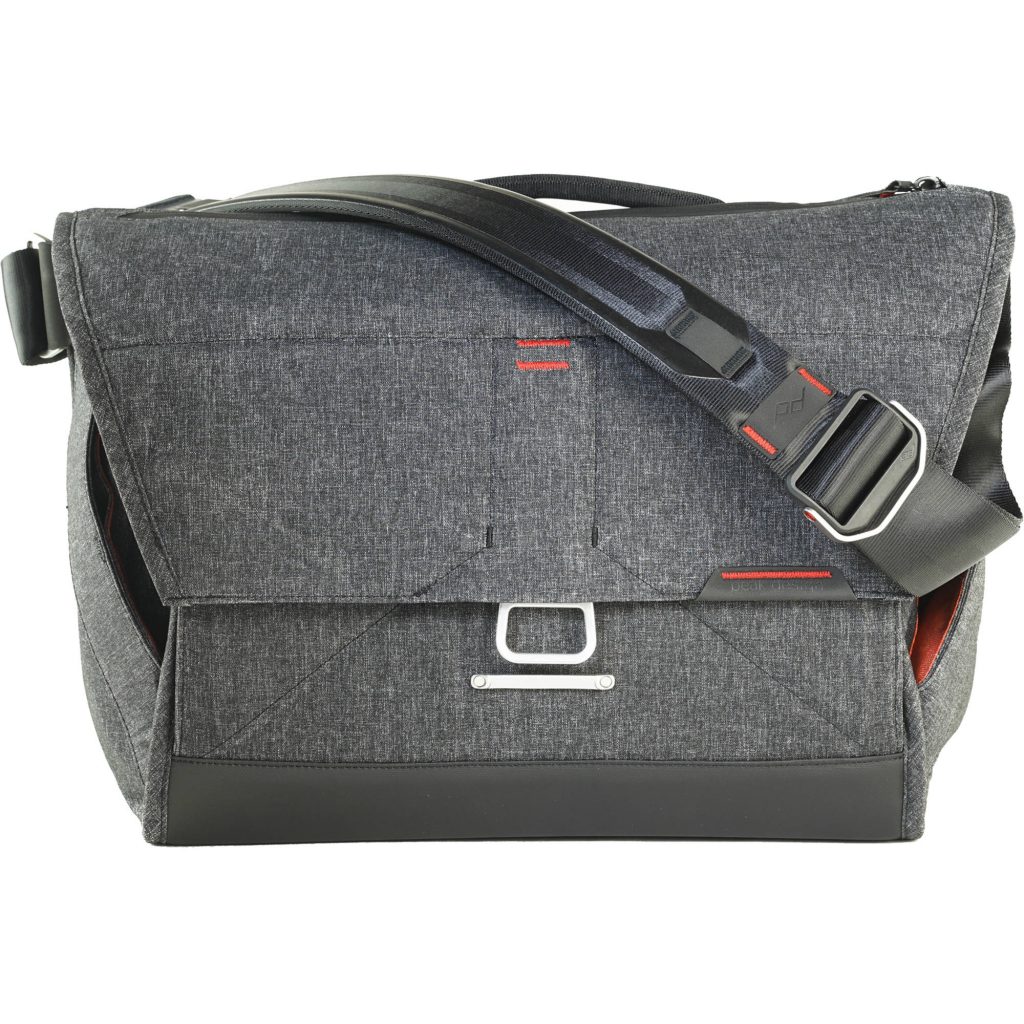 More important is what I’d like to put in it. And this will be a surprise to no one who’s read my ramblings on a regular basis.

Before it became a general “what’s in my bag” for DS contributors, this series was initially conceived as a “dual purpose photography” set of articles : it was meant to assess whether we use different gear for different end uses. Such as client work vs personal work. Travel vs static … For me, the equation is simple : I use my camera when I want to be creative and my phone for everything else (in particular documenting holidays and trips out). That’s because my camera has far greater potential but is far less pleasant to use than the phone (and it’s various underground processes for backup and PP).

One camera has changed this, offering both significantly better IQ and a far more pleasant interface than my Sony : the Hasselblad X1D.  So yeah, the future could look like this : A Peak Designs Messenger containing a Hassy X1D + 30/3.5 + 80/1.9 + C-Sonnar 50/1.5. It could. It probably won’t 😉