Pascal’s post #755, “In defence of smartphone photography, again” and more recently Adrian’s  post #786 Am I going Crazy? (Using an inexpensive smartphone), speak of “smartphone fun” and I thought I’d add my two penn’orth.

As some of you will know, I belong to a U3A camera group, (University of the Third Age) comprising members of a certain age and in varying states of decrepitude and ability. We meet fortnightly and the photographic part of the day is sandwiched between meeting for coffee at 10:00 and, for those that want, reconvening for lunch at 13:00. For many of our intrepid band the comestibles are at least as important as the image creation.  On days of inclement weather we convene in Fishguard Library, in a small room at the far end of the long corridor housing the tapestry celebrating the Last Invasion of Britain and on fine days we  wander about the county exercising our creative powers.

Recently we met at the West Wales Wildlife Centre, as they have a great cafe, before moving on to Cilgerran Castle for some photography.  Just as I was about to set off there was a minor domestic drama causing a few minutes of distraction and as I was driving, later than intended, to the cafe rendezvous I realised in the confusion I had left my waterproof jacket behind and it was looking like rain.

It turned out to be worse than that.  Flinging open the rear doors of the Mini I was confronted by a total lack of camera bag!  !****!, today is going from bad to worse.

Hastening to the cafe I arrive as the cups are being cleared away and I just have time to fess up to being deficient in the camera department to the tune of one but intend to use of my phone instead, before the rest of the group set off for the serious business of image capture, telling me, “by the way, we’re shooting in black and white today”.  I say I’ll grab a quick coffee and visit the gents (toilet facilities are also important to our demographic) and catch them up. In my mind I imagine the sniggering about using a phone on a photo shoot and possibly muttering about the failing memory of some of the group and being glad it wasn’t them.  In fairness to my compatriots I have to say this was entirely in my mind and they were unfailingly civil and supportive.

After said break I wander out into the Wildlife Park with my iPhone SE and start looking for opportunities.  I confess my natural competitiveness had kicked in and I was determined to create a few kickass images to show ‘em “it’s the photographer not the camera,” right?  After about 45 minutes I realise I have seen no-one from the group and it slowly dawns that whilst we were meeting at the Park the actual shoot was at the Castle.  S*1t. I have completely lost the plot today.  Rush to car park, drive to Castle, arrive just as the hungriest are heading to the pub. Never mind, out with phone and carry on.

The point of this ramble (at last, I hear you say) is that out of adversity came FUN!  I had an absolute blast with my phone and produced some images that I am really pleased with. 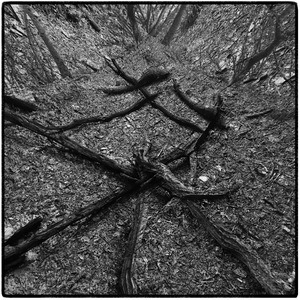 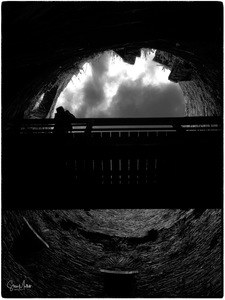 When I shared these with Paul Perton his response was, “Yes, Steve (my ageing best mate!), but is it art?” 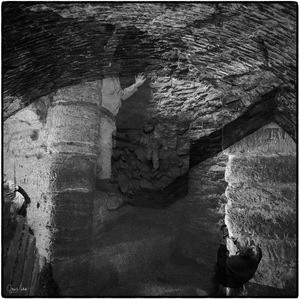 My reply, “Art?  You’re asking the wrong person!  What I can tell you is that the images are nothing like anything the rest of the group shot!” 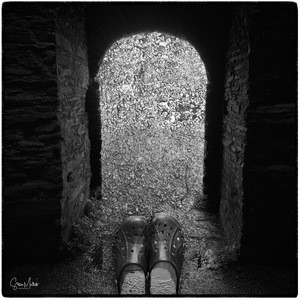 To me, this style of image is photographic pop music (well what I think of as pop music), they are easy listening with a natty beat and a few have good hooks.  A very few will merit repeated listening in years to come but most will be liked for a while before being largely forgotten to be replaced with this seasons offering. Nothing wrong with that. Impermanence rules. 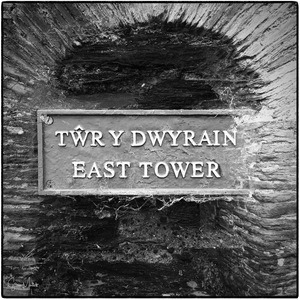 The point is I have fun. I see the world differently for a while and engage with it using the tools to hand and what skill I can muster.  And in this instance pull a rabbit out of a hat! 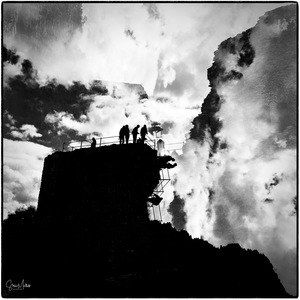 And a colour one for good measure. 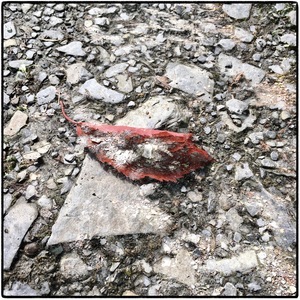 For anyone still interested, the Photosplit app does all kinds of stuff but I only use it for multiple exposures and it’s limited to square aspect ratio.  Having taken the images as you want there are then a series of blend options providing different effects. It can be a bit hit and miss but after a while you get a feel for which blend mode and intensity is likely to work with what sort of image.  Photosplit stores each of the images shot as well as the final one, all of which can be saved to the Camera Roll which then syncs to Photos on all devices. You may or may not think this is a “good thing”.  I’m told no such app exists for Android.  Sorry.

ProCamera is my favourite app for general purpose use on the iPhone allowing control of focus, exposure, ISO, WB, histograms, low light trickery, HDR, etc. but best of all it shoots RAW and jpg pairs.

Some weeks later we were set a new assignment; “Shoot an image of the Herring in Lower Town.”  On hearing this I groaned inwardly.  The Herring in question is a rather lovely sculpture of a shoal of fish erected in memory the long forgotten herring industry that used to thrive in Fishguard. I have tried to photograph it a number of times but found it impossible to find a point of view that does it justice.  This time I thought I’d try and get the fish in a watery environment rather than silhouetted against the sky which is how you mainly see them.

So out with my phone again in conjunction with an app called Enlight which runs on the iPhone but I prefer to use it on my iPad as it’s way easier to use given the larger screen.  Enlight offers more flexibility than Photosplit in that that aspect ratio can be altered, there are loads more blending options as well as an array of filters and so on.

This is the resultant underwater Herring. 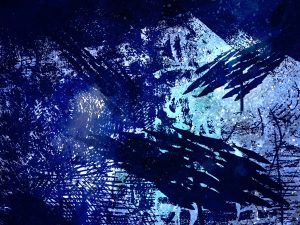 And this is the urban graffiti version! 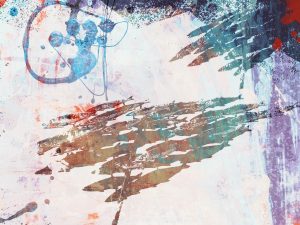 #671. Opinion – What serious photographer would use a phone camera ?