#787. Digitization vs digitalization in photography – an opportunity in waiting?

Digital photography essentially replaced the chemical process in film with a discrete electronic process in sensors. That’s digitizing. The same can be said of scanning a negative or slide. File quality might not be the same, but the end result is a series of 0s and 1s, rather than a slice of processed film. Ditto CD vs vinyl. 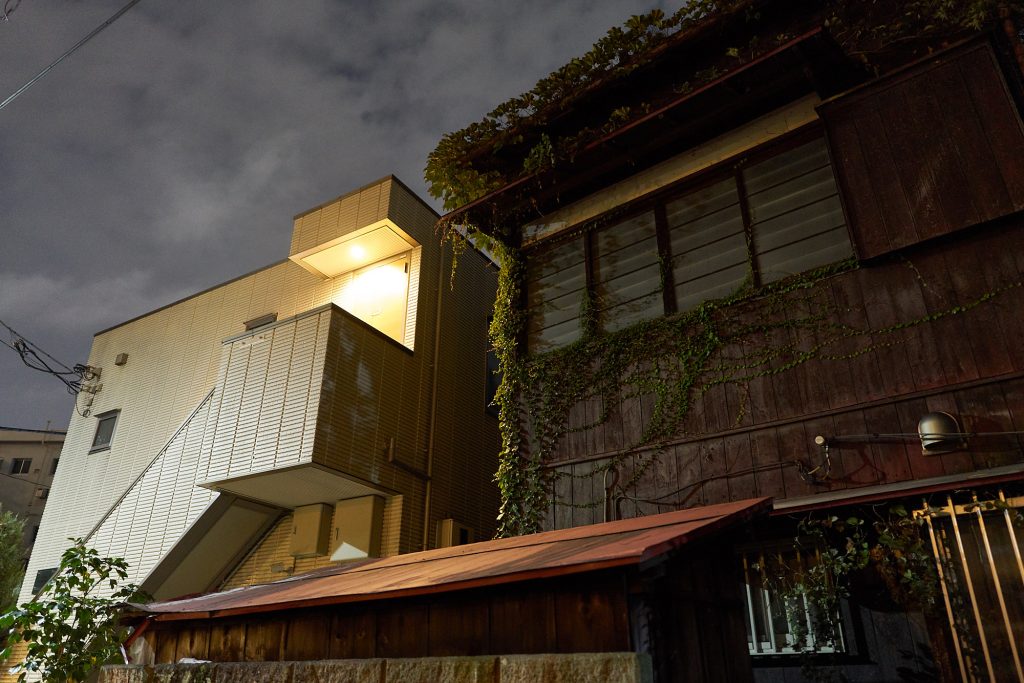 Digitalization, on the other hand, is the process of making the possible best use of that digital format. It comes in various natures and flavours and addresses many facets of the user experience, ranging from quality to ease of use to innovative applications to lowering in costs to … much more.

Take post processing, for instance. Adobe were some of the first pioneers of digitalization. Photoshop brought to the masses the ability to emulate the work of someone like Jerry Uelsman without owning eight large format projectors or living on chemical fumes. Even without thinking about compositing, PS made the dodging and burning dance made famous by Ansel Adams so much easier and more repeatable.

And Lightroom, the grand daddy of pure player digital post processing, was the first to make this power accessible to all in a manner that emulated the darkroom processes of old, initially garnering instant love from old timers reticent to leave their Durst and Leicas to rust alone in the basement. 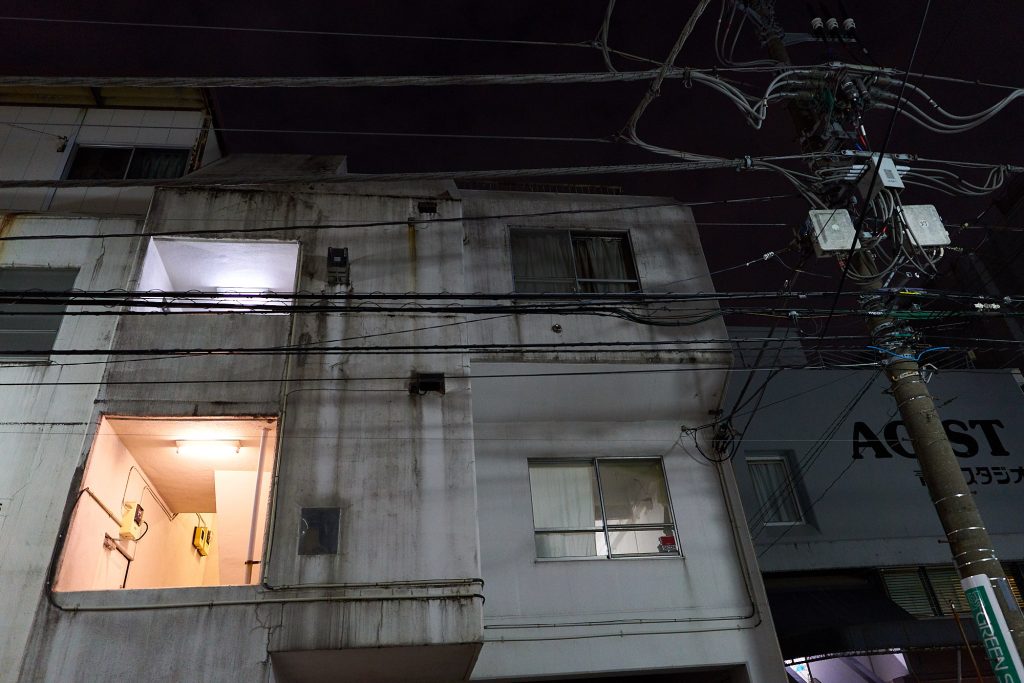 Beyond the obvious application of digitalization to photography that is post processing, there are many other avenues to explore.

Take storage for instance. If you admit that a Sony A7r3 has equivalent image quality to a Mamiya 7 (in colour at least) a $15 32Gb SD card gives you as much storage as 70 120-format films, enough to fill a small bag. A $100 2Tb external disk will back up 60 of those (provided you’re not a mindless numbnuts like me), the equivalent of several suitcases of film.

Then, there’s printing. As much as developing and printing B&W was a magical experience, printing colour was hard, in a darkroom. For practical reasons, printing large was out of reach for almost everyone. Experimenting was long and expensive. Get yourself a P600 at Xmas discount and you’re set to click’n’print from your bed, for a small fraction of the cost. Printing too is part of the digitalization of photography made possible by the digitization of the photograph.

Also, tagging is digitalization. You can give your give your pics 3 stars, label them by project name, assign a colour …

And communication between the lens and the camera can tell the post processing software how to best correct lens aberrations. 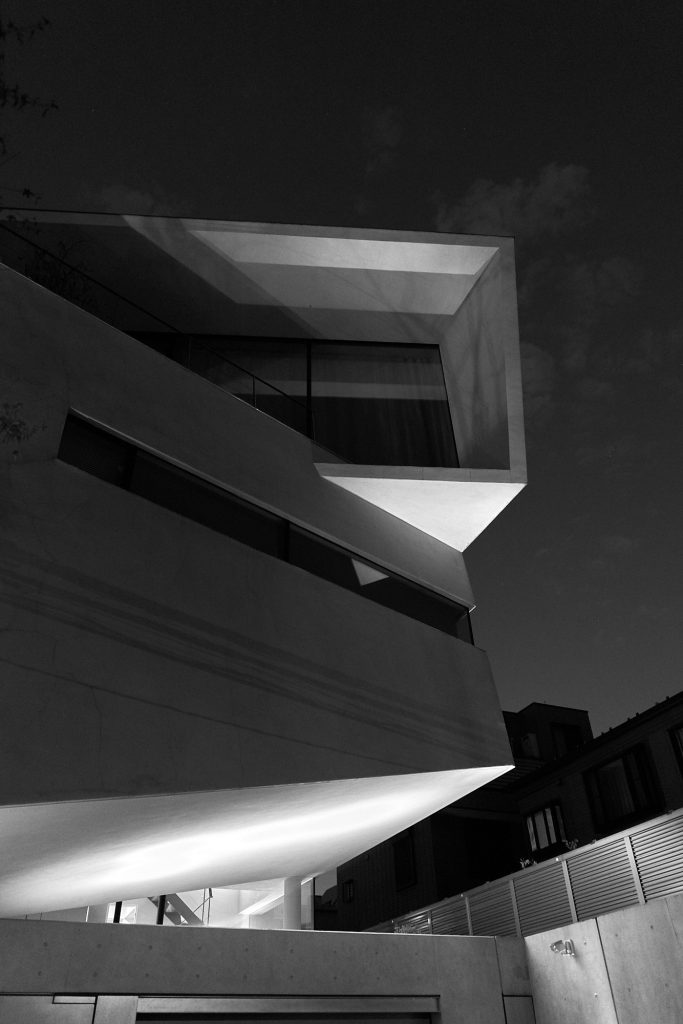 There’s probably more to find, along those lines.

Somehow, though, my gut tells me the photo world hasn’t completely got the digitalization memo yet. When you think about it, all that’s been achieved is a simplification of processes that already existed in the analog years. We could store, we could sort, we could post process and we could print.

It’s a similar story, camera-wise. So far, the Light l16 and the Zeiss ZX1 are the only 2 cameras I can think of, out there, that go beyond digitization and make some use of digitalization.

The post processing software universe is atrociously segmented, with every new entrant trying to replicate what already exists elsewhere (presets, edit sliders and miracle machine learning abusing its name), in numerous variations, rather than think out of the box about how to leverage digitalization.

Couldn’t we do more with our strings of zeros and ones? 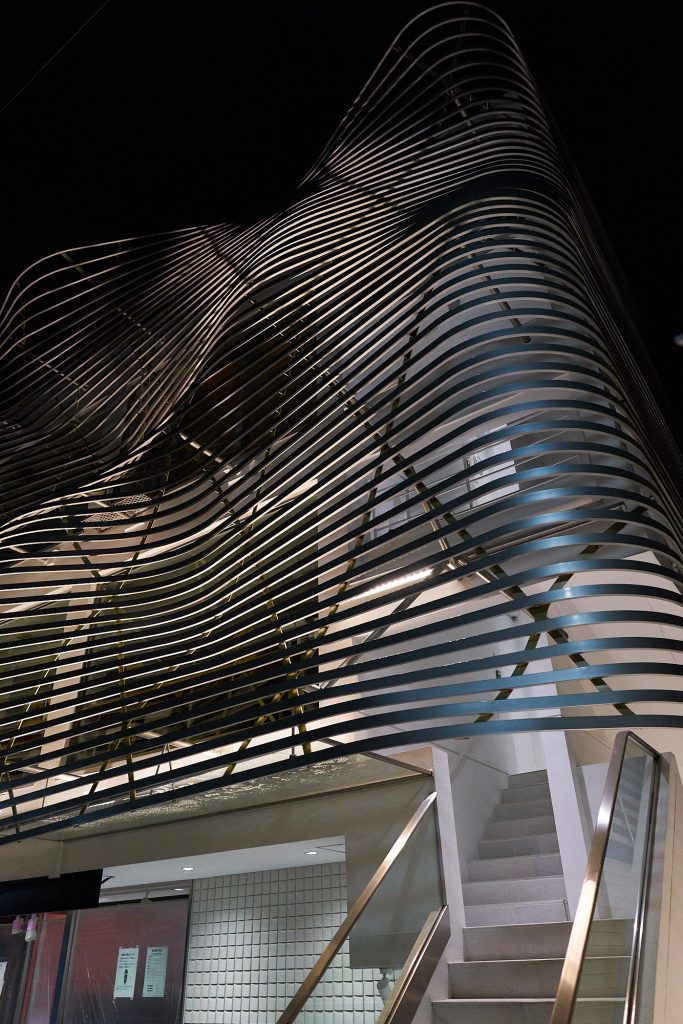 Well, obviously, I can’t take much inspiration from the photo world itself, which seems intent on reinventing the wheel (and – judging by the ergonomic lunacy of digital cameras – making it square). But my guess is that interesting pointers can be found in other industries.

Anyone heard of data ? Data-based this, data-empowered that?

How about adding GPS tagging to photographs, systematically, for a start? Yes, some phones and cameras do (not always very well) and yes, some PP software can use that (not always very usefully). 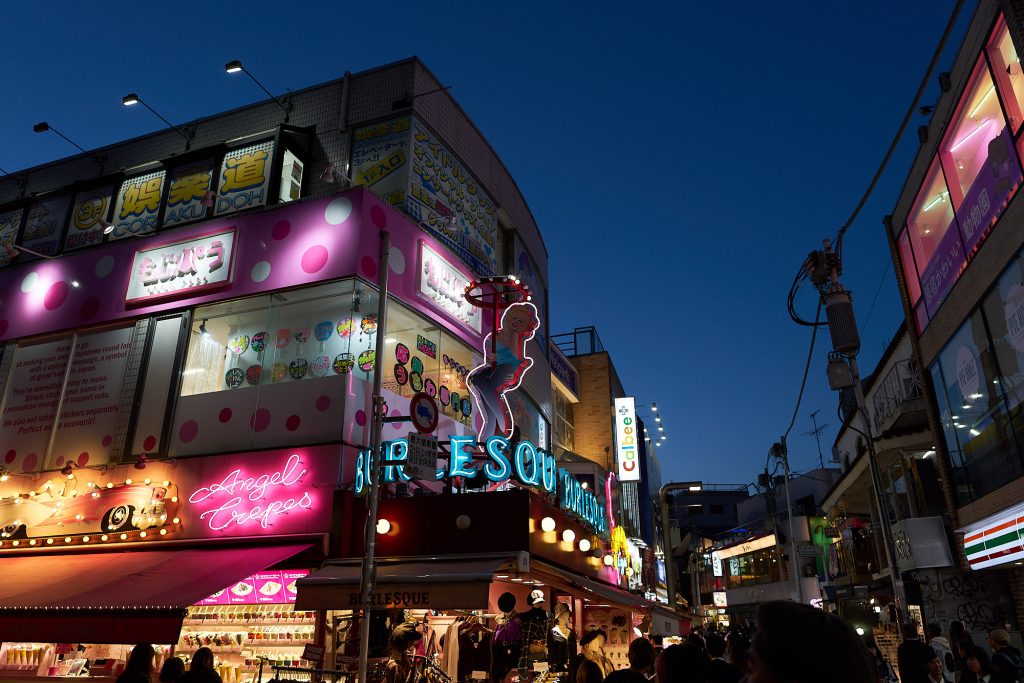 Now, imagine if your editing software told you that 90% of your keepers (based on your star self-rating system) were done using this lens at that time of day and at these 3 locations. How would that help you become a better photographer?

Or that your 5 stars of 2 years ago had those characteristics but those of today have very different ones?

Imagine if said software found meaningful similarities between all the pics you trashed. Now, what would you learn from that?

Imagine if said software, back home, remotely told your camera “hey buddy, you’ve had success doing this and that in similar situations in the past”. Of course that would mean Internet capabilities that function and rear screens not from the 1850s. But hey, it could work.

Imagine if said software sent you hints from other users. Or stats about how other users process this type of image or what paper would look nicest. We old farts might recoil at the thought of sharing our precious knowledge, but the kids out there, that’s how they live. My son made it through grueling training by helping others. Others that would one day become competitors. Same thing for my daughter who spends her days helping others along in their architecture projects and vice versa. That’s how they grow collectively. Education is changing and maybe our learning of photography could take a hint?

What if, when about to print that photo of the Omotesando Hiroshi Sugimoto sculpture on Awagami paper, you received suggestions from said software about the best initial settings, based on the image and on the adjustments made by other users of that paper for images with similar tone distributions and tastes similar to yours? Now that would be real machine learning.

Not to take away the decision process from you, but to suppress the initial guesswork, save paper, save ink, save time … 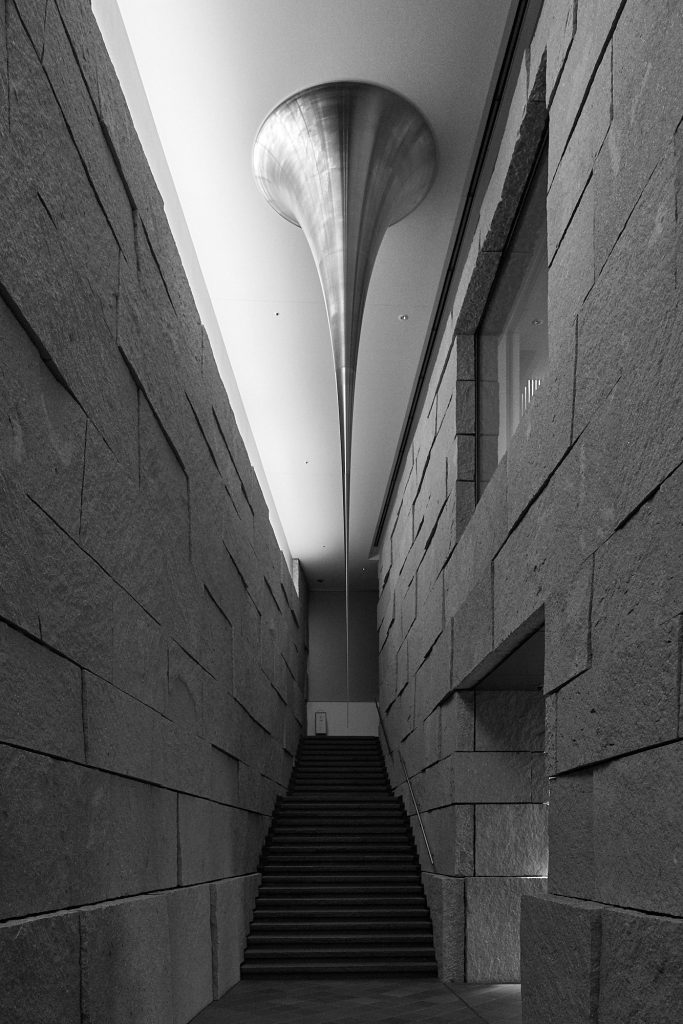 Technology and humans have always had two types of relationships :

The two have always coexisted. The two can be used to make us better performers. Happier people. So far, in photography, they’ve mostly been used to turn us into fuel cells for the Matrix overlords. We’re not even pressing the shutter release anymore, smartphones take 100 pics before you click and use them for the final image. 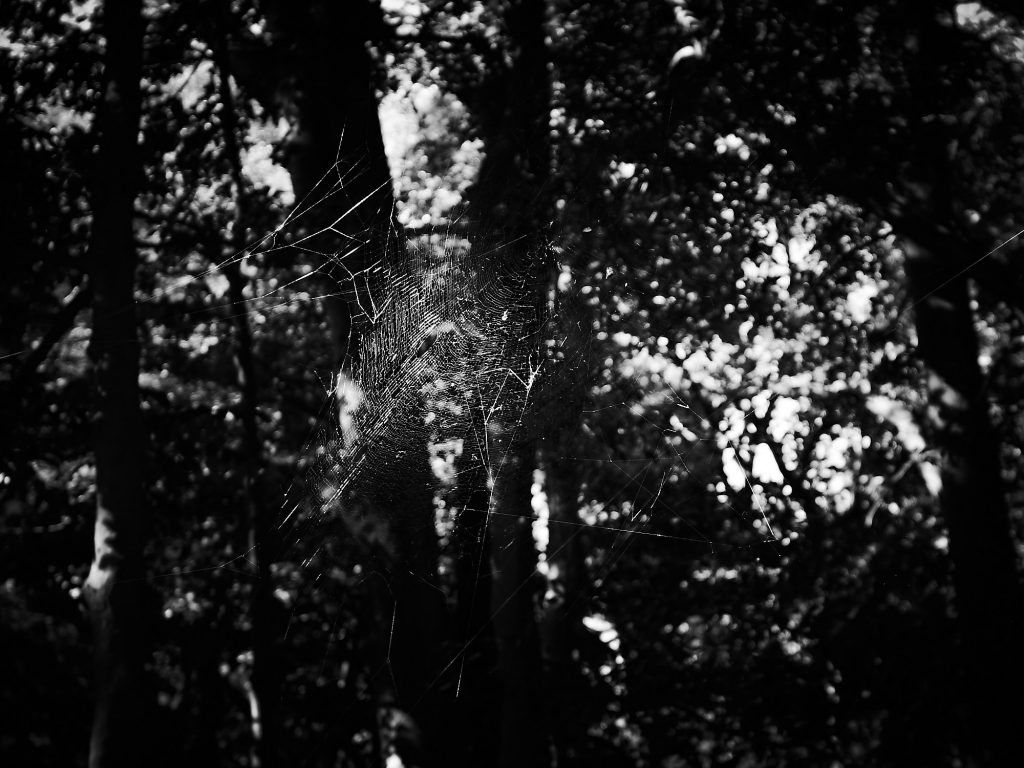 Turning humans into zombies might seem like the easy way to make a fortune. Look at Facebook, after all. But it’s neither. Easy. Or a way to make a fortune. Nothing Facebook – or any other mass success – has ever done was easy. Making Machine Learning that helps people isn’t more difficult than making Machine Learning that makes decisions for them (who they want to hear from, what they want to read or listen to or watch, what they want to buy).

And it won’t make you a fortune. Facebook doesn’t sell Machine Learning. It uses it to optimise its harvesting of private information and mindshare to sell targeted adverts. People aren’t the consumers, they’re the base product. And Facebook access is free, not to be nice to the world, but to remove friction from the harvesting process and to accelerate the feedback loop that made it grow.

When you’re selling a product, though, it might as well do your customer some good. Preferably a lot of it. 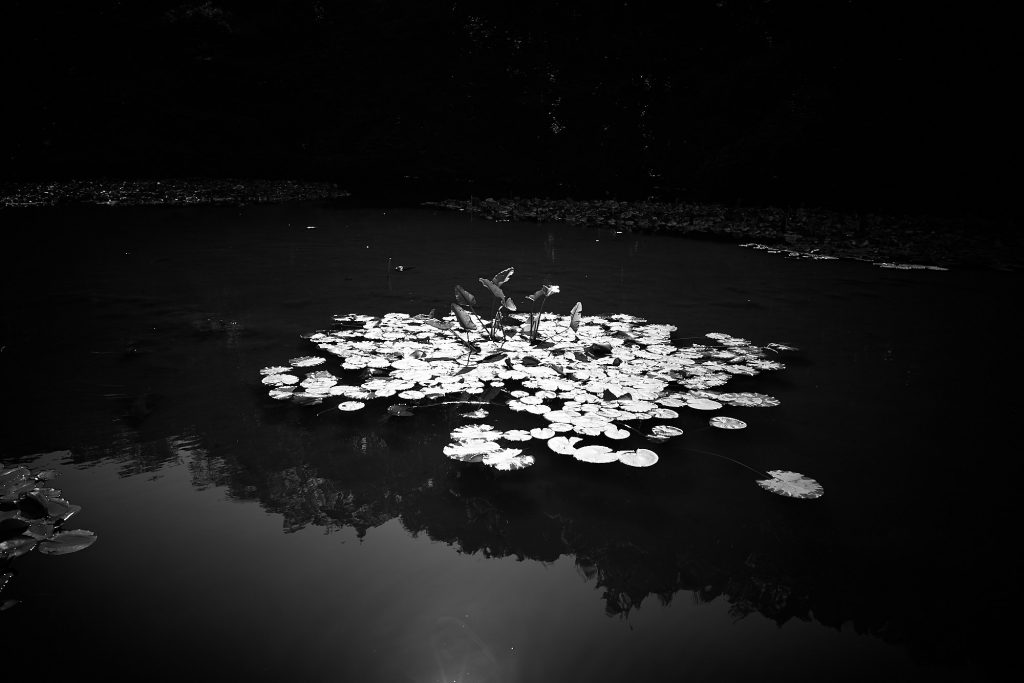 And, although the world of traditional photo cameras seems to be crumbling, I see a tremendous opportunity in digitalization for a revival of non-phone photography. First of all, because I think the heydays of smartphone photography may be behind us. Three reasons for this :

Secondly, because the coming generation likes photography and technology just as much as the previous. But it brings along very different dreams and values. They are using phones (with growingcaution and distrust), instant cameras, Holgas, Pentax film SLRs, “new” Polaroid … They’re a creative bunch who don’t give a rat’s bottom about the ubiquitous 24-105 zoom, convience or Lightroom. They want to collaborate. They want to share. They want to create. 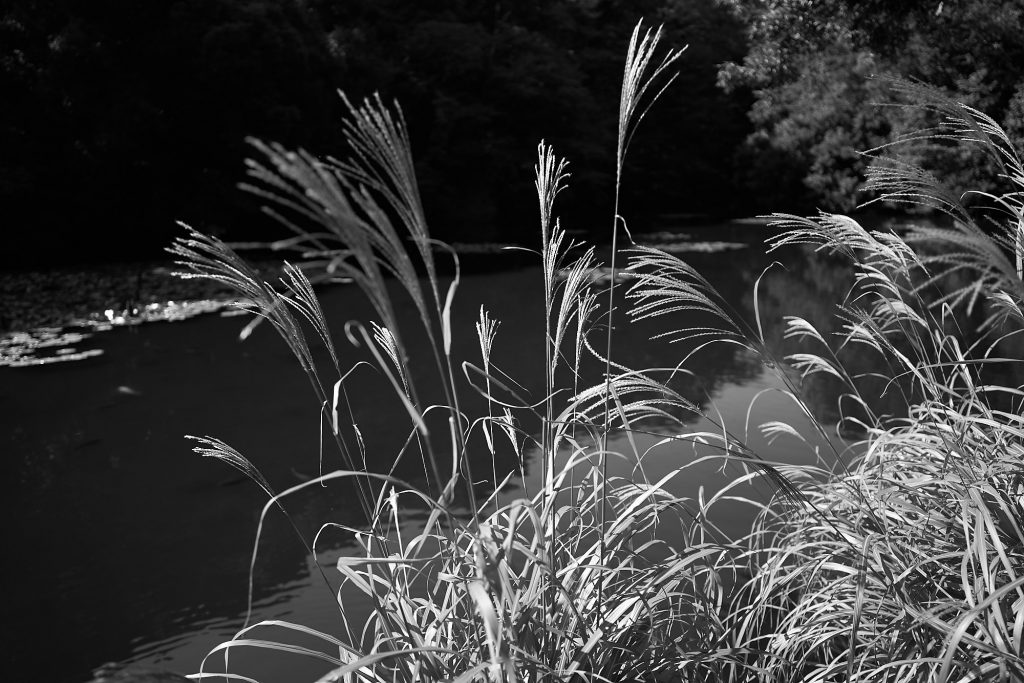 So I can’t help imagine a future in which cameras focus on three things : creating the best opportunities (fast AF, high ISO, high IQ, you know the drill), maximising the joy of user experience (you likely don’t know the drill because it’s mostly science fiction, these days 😉 but, basically, just get out of the way) and collecting & sharing data as efficiently as phones.

And in which software focuses less on rehashing the same level zero features (presets and so on) and more on inventing high-level benefits of digitalization. It’s not rocket science. The know-how and tech are here. Have been for years  (business intelligence anyone?) That vision could have been fulfilled long ago if anyone really cared enough.

One thing you could harness with this approach, just like Facebook, is network effect. The more users you’d have, the more value you’d create for each one of them. Products like that never fail.