Dear Susan member Pascal has written before about the rise of the camera phone and his appreciation for it’s simplicity. They have certainly captured the imagination of the consumer market, and have essentially killed off low end pocket cameras, leaving camera makers like Panasonic and Sony moving increasingly upmarket with ultra wide range zooms and enthusiast models that cost more than an entry level DSLR. Clearly the rise of the camera phone has gone hand-in-hand with the rise of social media, and their always-on internet connectivity has clearly been a major part of their appeal. 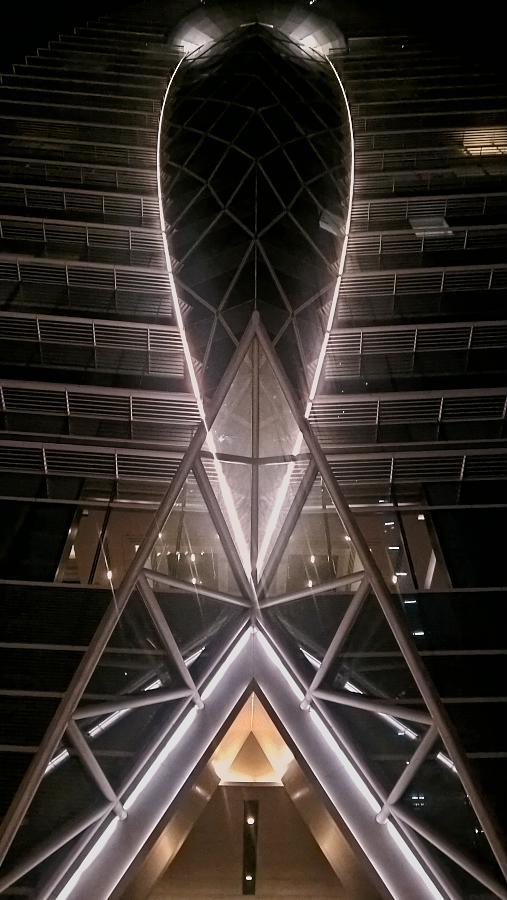 Obviously, Dear Susan contributors are enthusiast photographers and esoteric lens lovers, and must therefore be mostly exempt from the appeal of the camera phone – I say mostly due to dear Pascal’s love of his Korean fancy, in spite of his greater love for all things Otus. I too thought I was exempt from the lure of them until last year when private conversion amongst Dear Susan’s members led me to dig out what few pictures I hadn’t taken with my phone. I was surprised and a little impressed at the snaps it took. 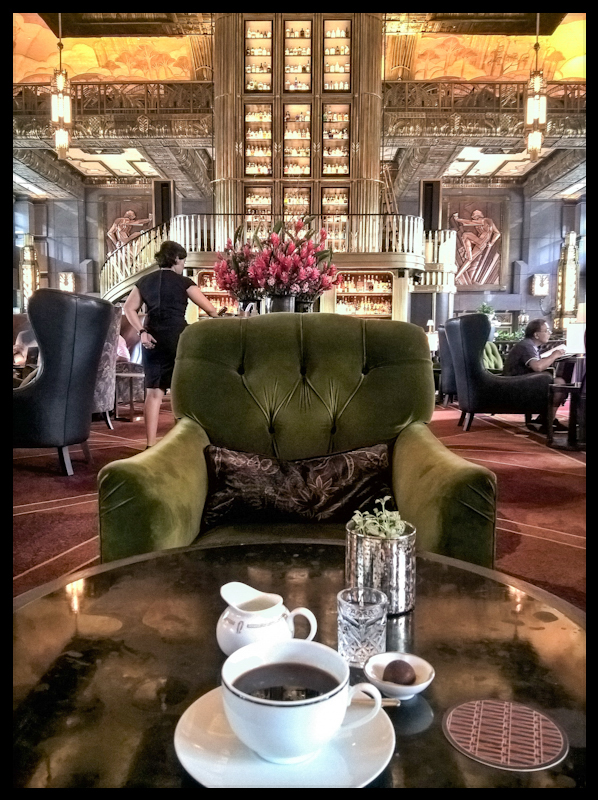 Being a maverick/outsider/weirdo (I let you delete as appropriate), I’ve been using handsets running Microsoft’s Windows Phone since Windows 7. My most recent phone was a Microsoft Lumia 640XL running Windows 10, bought for around £130 because of it’s large screen and long battery life. It turned out it’s camera was surprisingly good for such a modest phone. 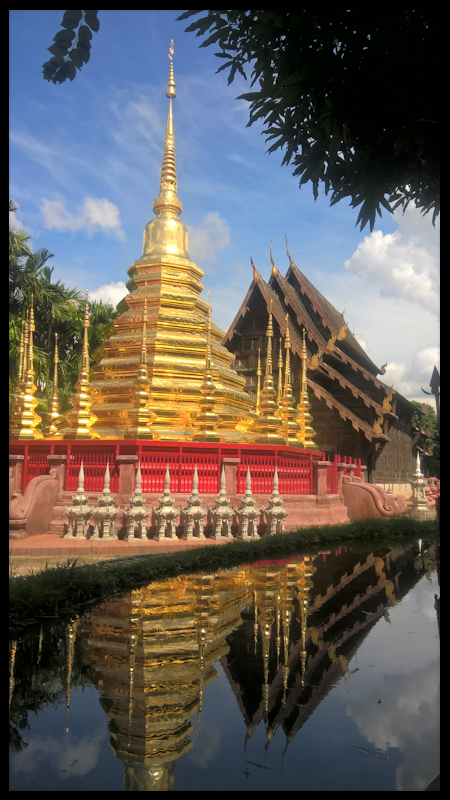 Since Microsoft announced their withdrawal from the mobile phone market it’s days have been numbered, as new features and app support dwindled. I had become quite attached to it during a career break around 3 years ago, when it proved it’s worth during many months of travel. So it was that I wanted to give it a last outing on a recent holiday and see what it’s camera could do. 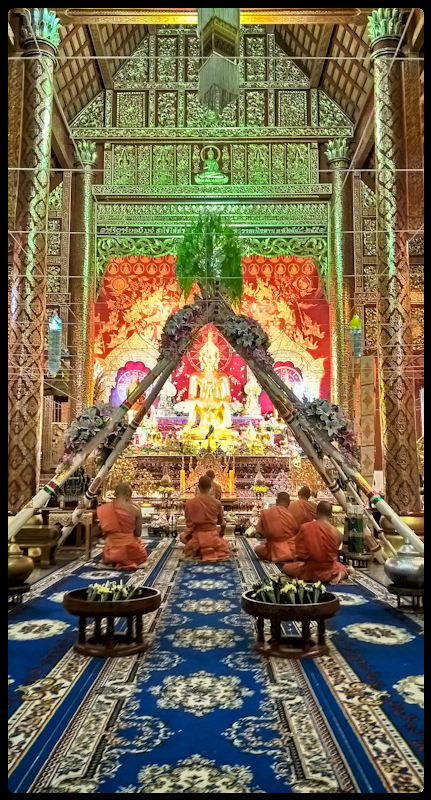 The camera module was fairly standard for it’s time, with a 13Mp 1/3″ sensor behind a Zeiss branded 28mm f2 lens. Whatever the actual origins of its design, the lens seems surprisingly good, recording as much detail as the sensor seems to allow.  The Microsoft camera app with Windows 10 has full auto and manual modes, with an interesting HDR mode that captures multiple exposures and then allows them to be blended using a slider when reviewing the photo later.

My use on this trip didn’t typify most consumers, as the in-camera jpegs were edited with Adobe Elements for Windows Phone, and the phone was sometimes clamped to a MeFOTO travel tripod, which came with a phone adapter for it’s ball head. Tripod purists would dislike the Me FOTO models as they are lightweight and therefore not very sturdy, but for smaller cameras such as mirrorless, and with my bag as ballast on a clip beneath the centre column, it’s good enough and very small and light for travelling. 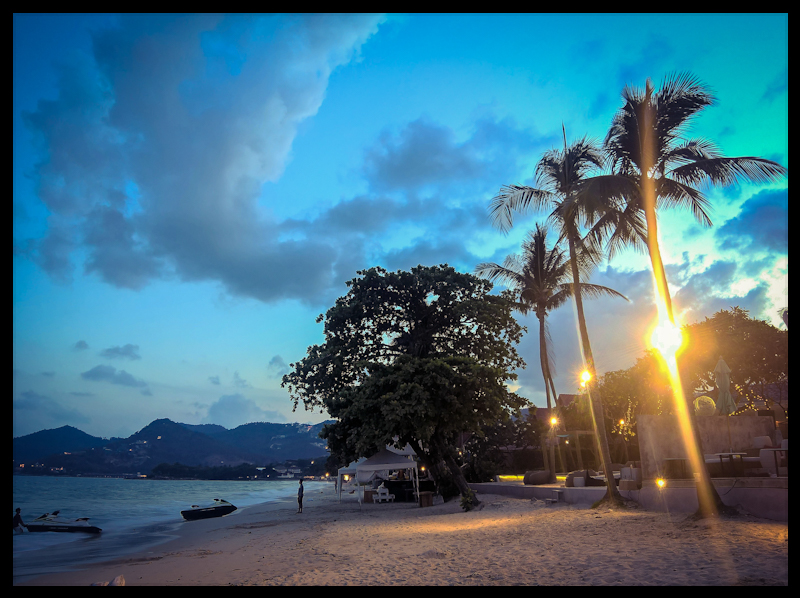 As a result of other challenges life has thrown up, I haven’t picked up a camera for any serious photography for over a year. Although I had taken “proper” cameras on my trip, they didn’t get a great deal of use as my holiday was more for relaxation than for busying myself with photography. As a result, the camera often stayed at the hotel whilst my phone went with me. 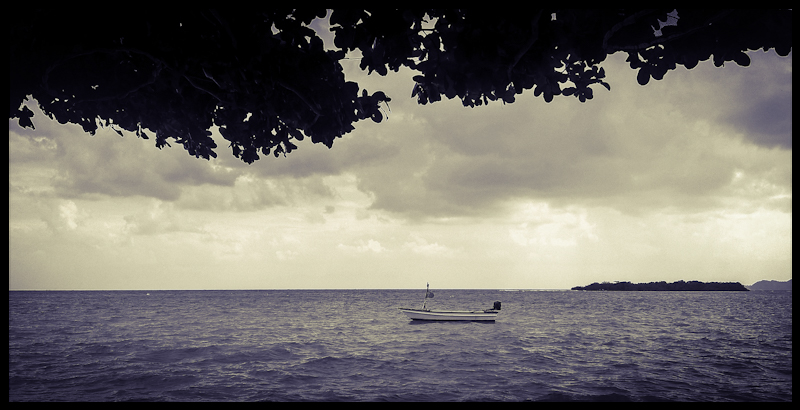 One of the interesting challenges of composing photographs with a phone was the native aspect ratio of 4:3. Users of m43rds cameras will be quite comfortable with it, and I know many prefer it to the more common 3:2 ratio of 35mm format, but having almost exclusively used the latter, 4:3 took a little time to get used to how use the frame. I often found it easier to compose in a cropped 16:9 format that fills the screen, but that may have been because it happened to suit some of my subjects more. In the end, I shot in native 4:3 and then cropped as needed afterwards, feeling quite unconstrained by any particular format. 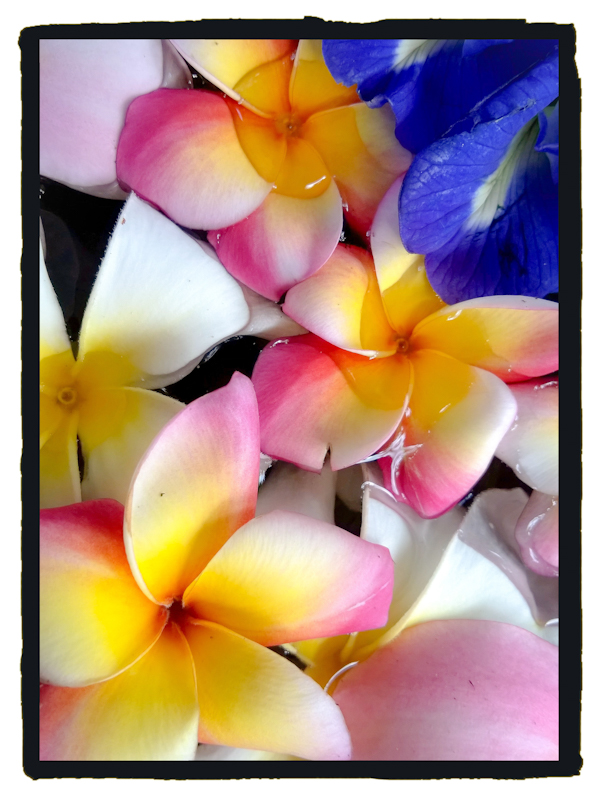 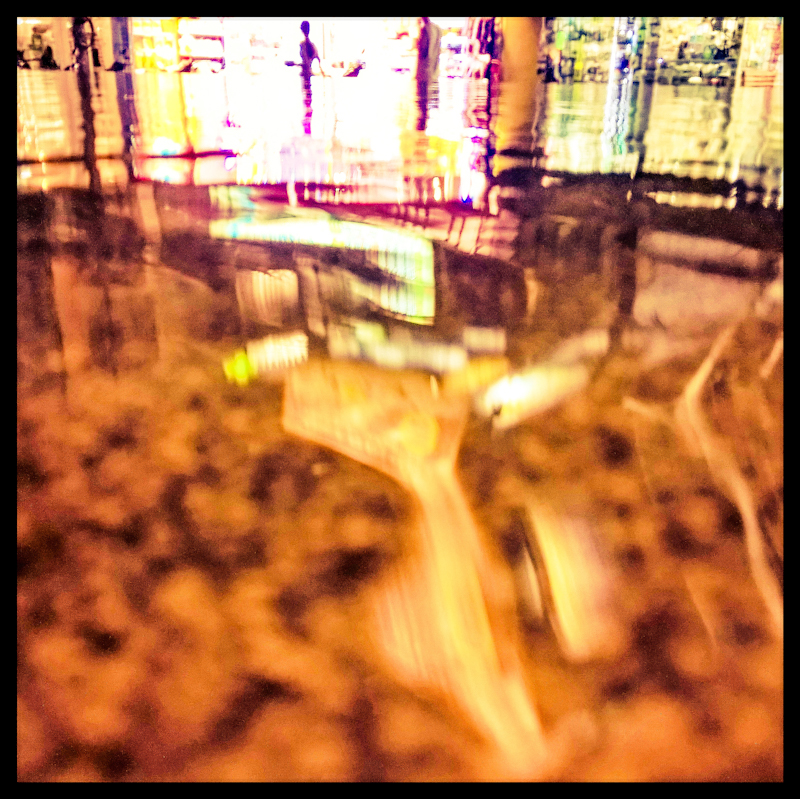 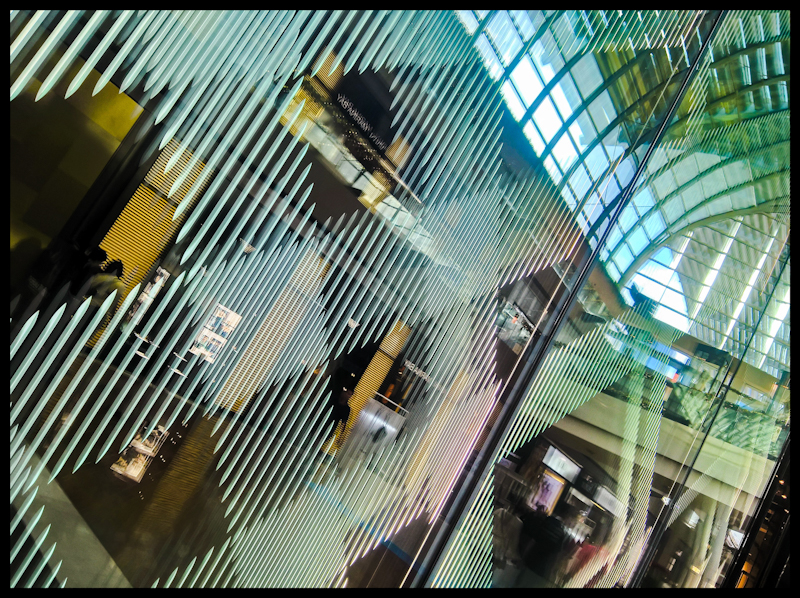 As anyone who has ever used a small sensor camera will know, they work well at low ISO values, where the small sensor and large fixed aperture create a large depth of field that can be used to minimise the ISO required. However, where they generally do less well is in harsh or poor light, where limited dynamic range can cause clipped highlights.  Using such a modest camera at times became an exercise in creativity, as the weather conditions weren’t always great, cloudy skies challenging the ideal of sunny south east Asia. 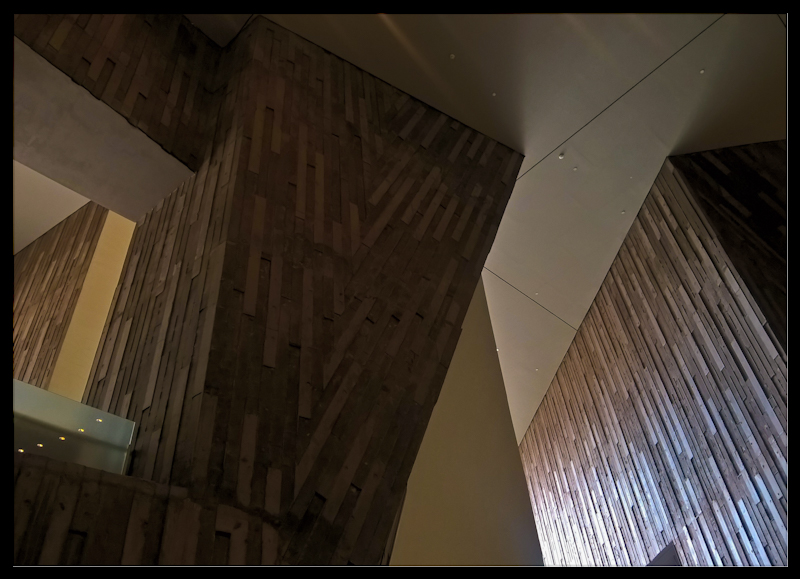 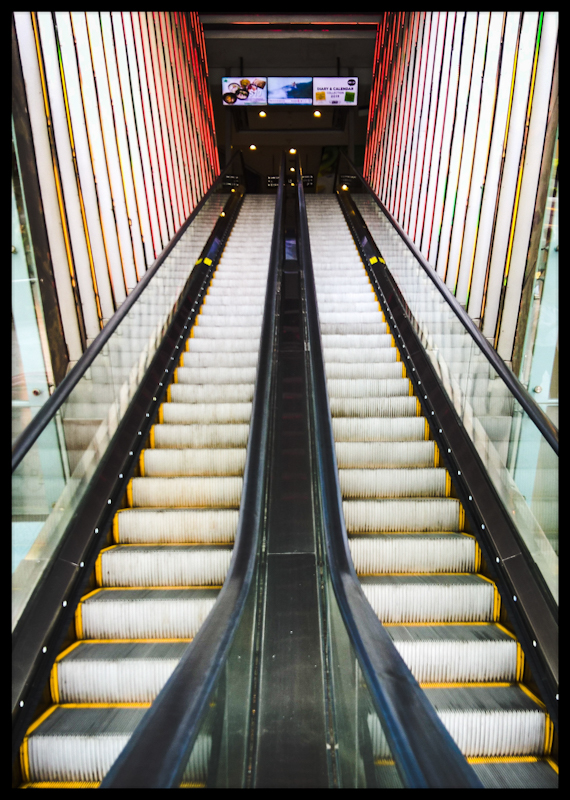 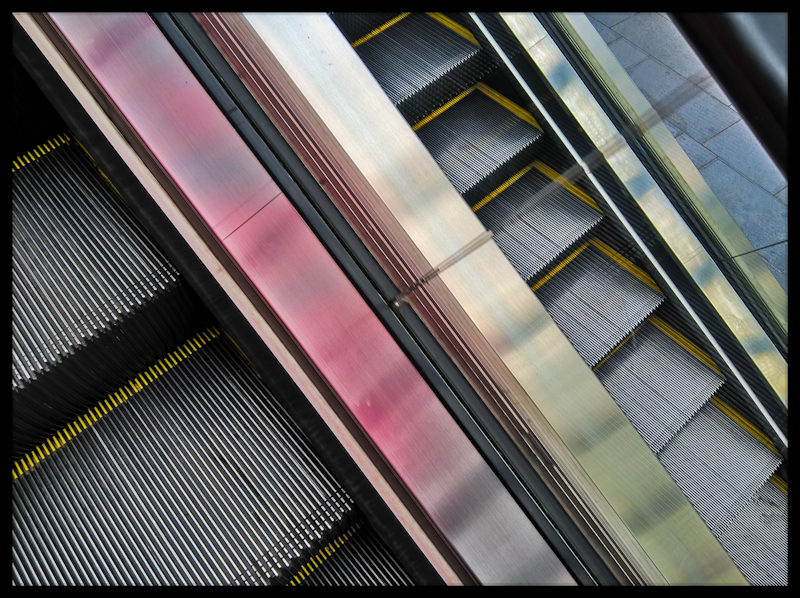 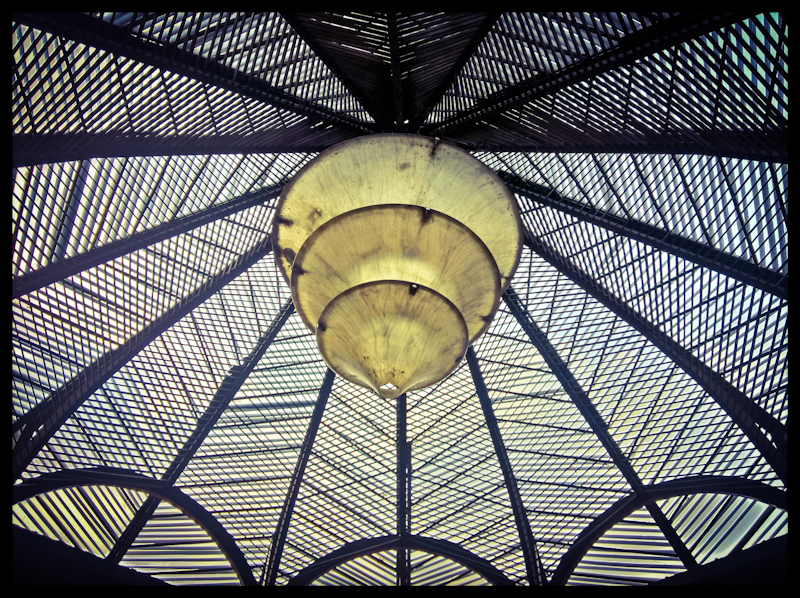 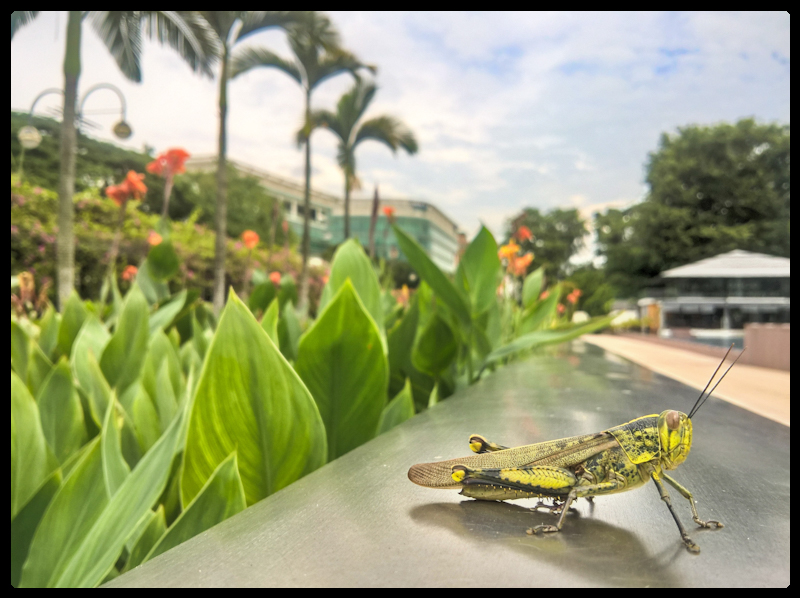 I think my phone was sulking as it had already been replaced with a newer model and had only come along for the ride. at times a real problem child, and had to be reset when it’s camera decided to only write thumbnails rather than full size jpegs. It soldiered on for the last few days to Singapore, where it seemed to come into it’s own – one day my photos and their edits came to almost 2Gb, and my experimentation and creativity blossomed. The pictures probably wouldn’t suit serious landscape or architectural photographers, but they made me feel happy. 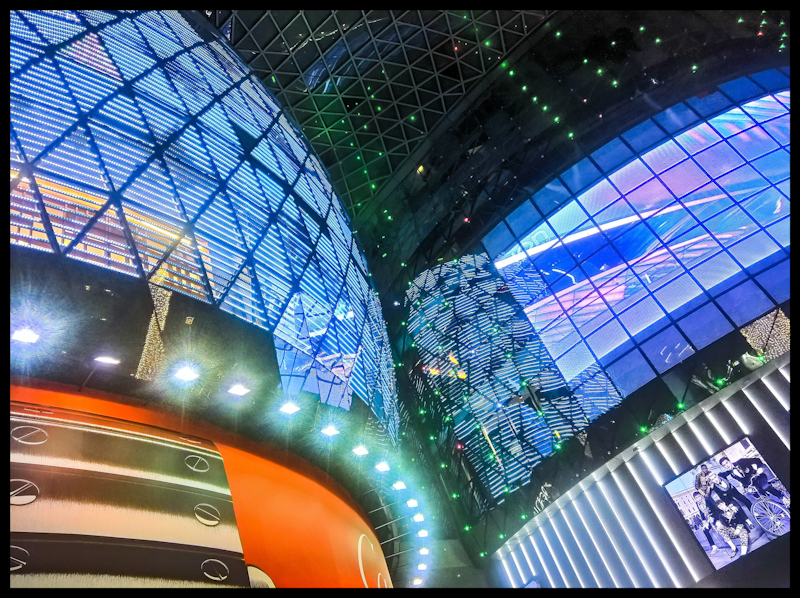 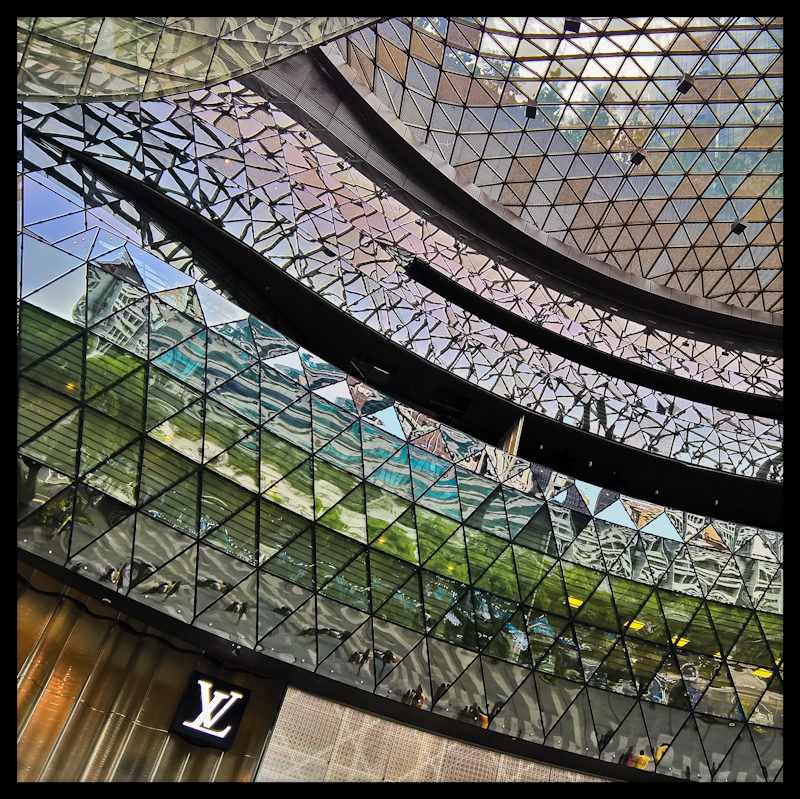 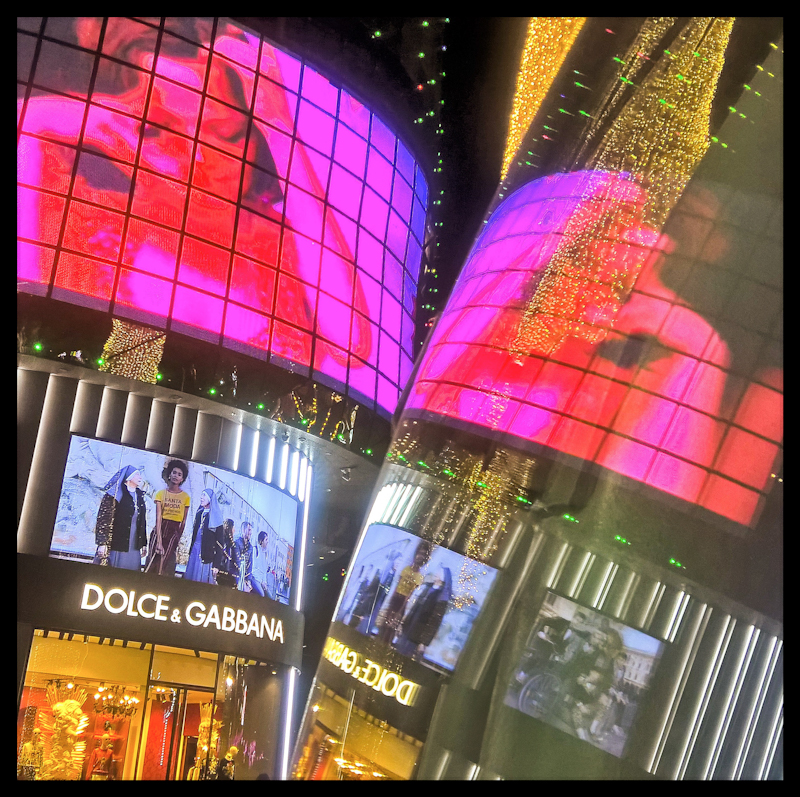 As enthusiasts we often become obsessed with resolution, lens MTF charts, sensor dynamic range, and all things esoteric and expensive, and in doing so we perhaps lose sight of what photography should probably be about – story telling or art and creativity. I found a tremendous sense of freedom using my phone with its 28mm f2 lens to try all sorts of things that I thought wouldn’t work, editing them on the phone, and being happy and often surprised by the results. 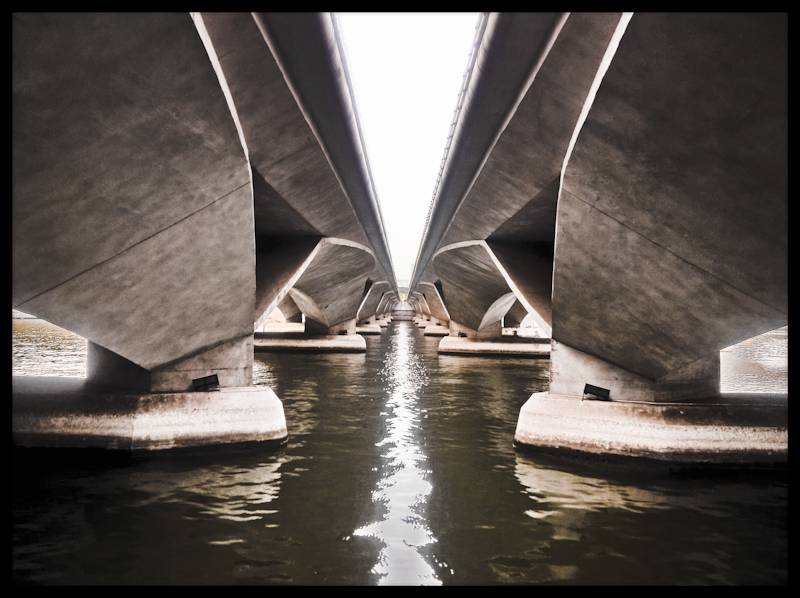 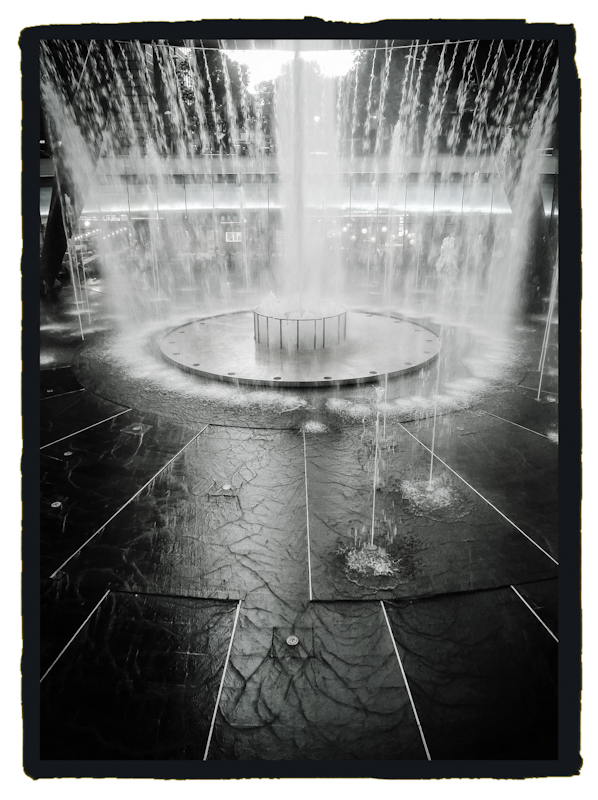 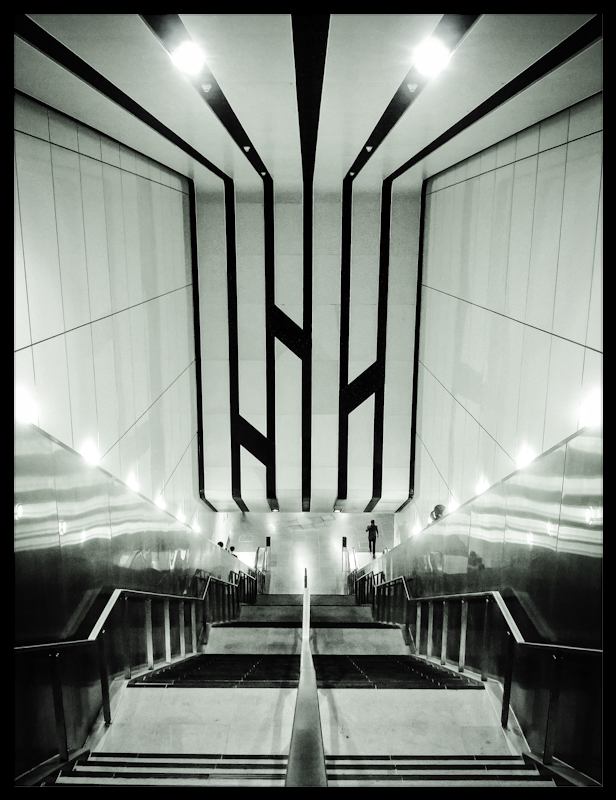 It made me me question what photography really is about. We forget how spoilt we have become by modern digital cameras, and that not many years ago some photographers were using slide film with its limited dynamic range and no chance to see the result until days or weeks later. My cheap phone seemed to have taken me full circle back to a simpler type of photography, where a fixed lens and the limitations of the media weren’t seen as problems, merely something to be worked with. 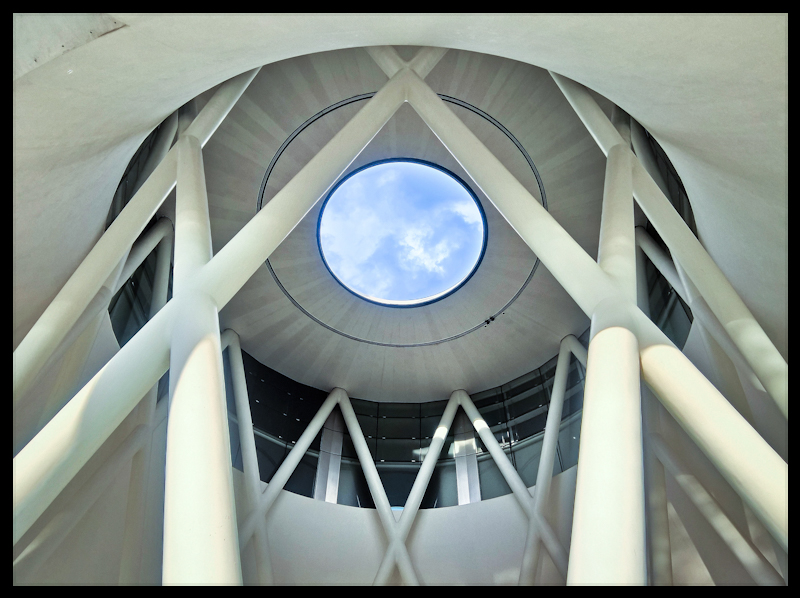 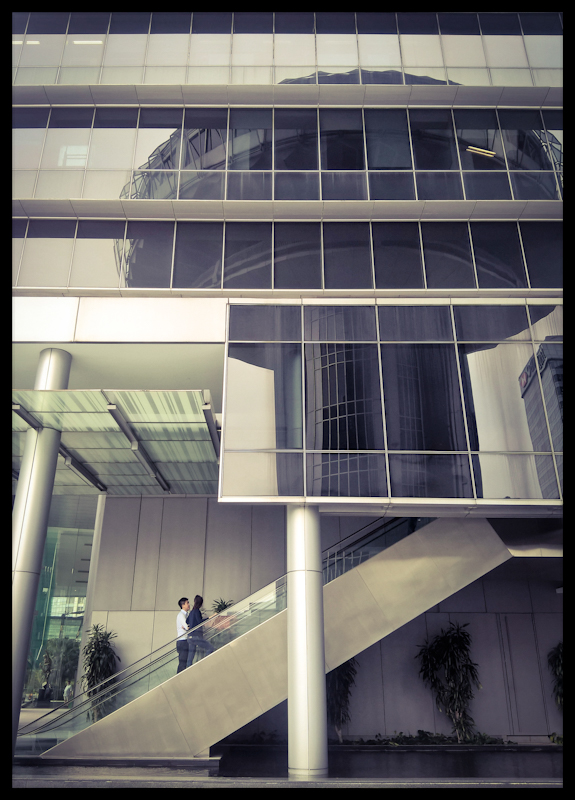 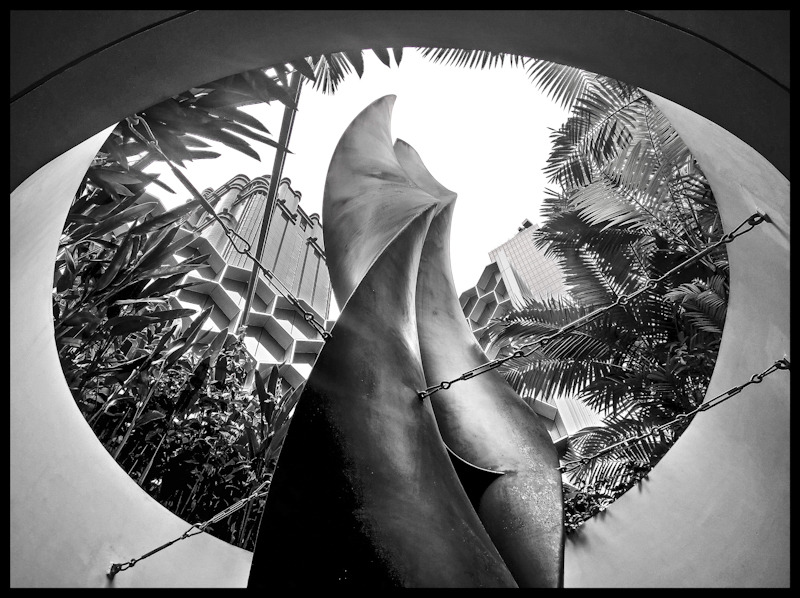 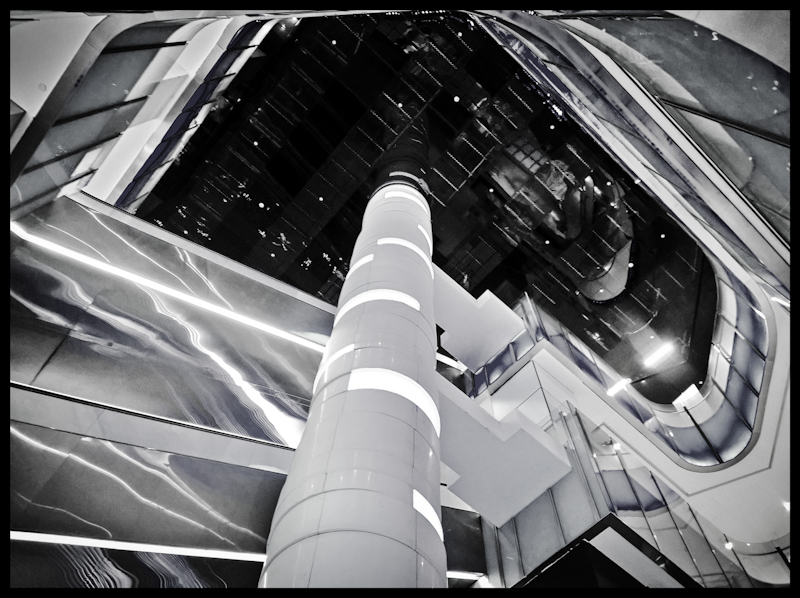 I know many of the pictures here have clipped highlights, lots of noise reduction, are over cooked, too saturated and probably have a host of other issues – but I don’t really care. Using my phone as a camera had been fun, had promoted experimentation and creativity, and created a lot of memories along the way. 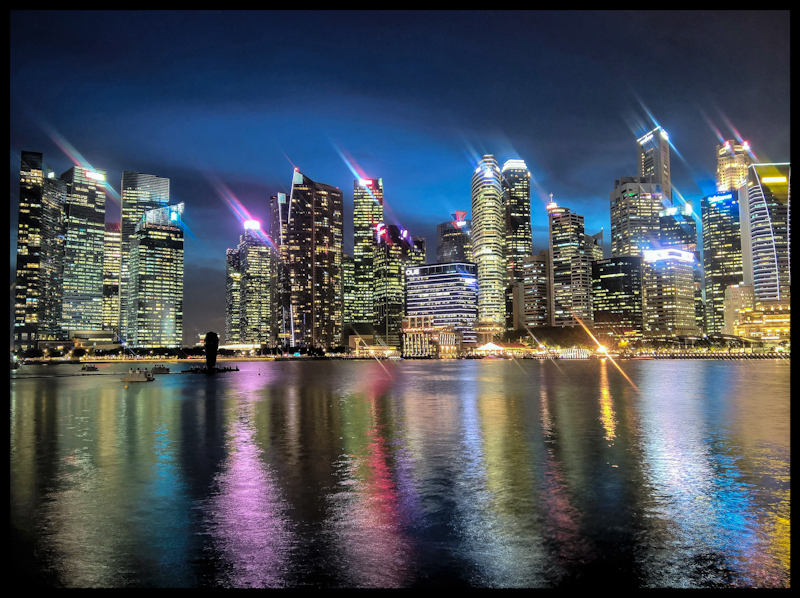 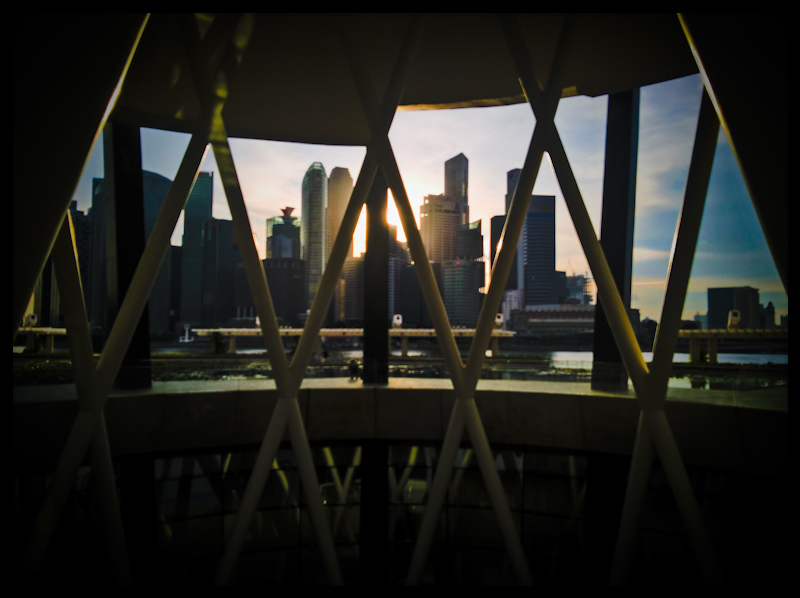 It felt like a fitting end for my Lumia, snapping the skyscrapers and the reflections on the water. It was somewhat ironic that having mostly ignored it’s camera during the time of ownership, now that it had come to the end of its useful life as a phone, I grown rather attached to it as a camera. I may well keep snapping with it in the future, just for the sake of it.

Note that this article and all the photos were created and edited on a phone.  I haven’t viewed any of the photos on a larger screen, so if their technical quality offends anyone I can only apologise.

Previous Post #785. Monday Post (12 Nov 2018) – When you are lighter, you can climb higher… or vice-versa Next Post #787. Digitization vs digitalization in photography – an opportunity in waiting?