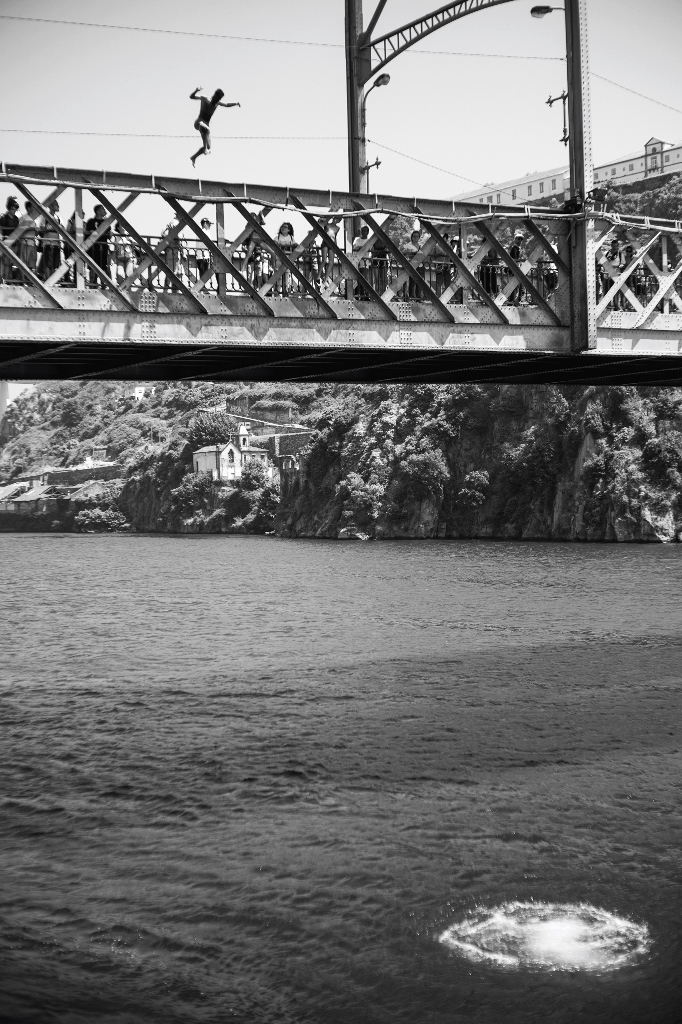 If I jumped from a bridge, would you follow?

It’s been nearly a year now (where has this expletive deleted year gone?!) since I took the plunge and ponied up Sony A7Rii money for something that in functionality terms was akin to my late father’s Pentax K1000 (which I’ve had since I was 15) 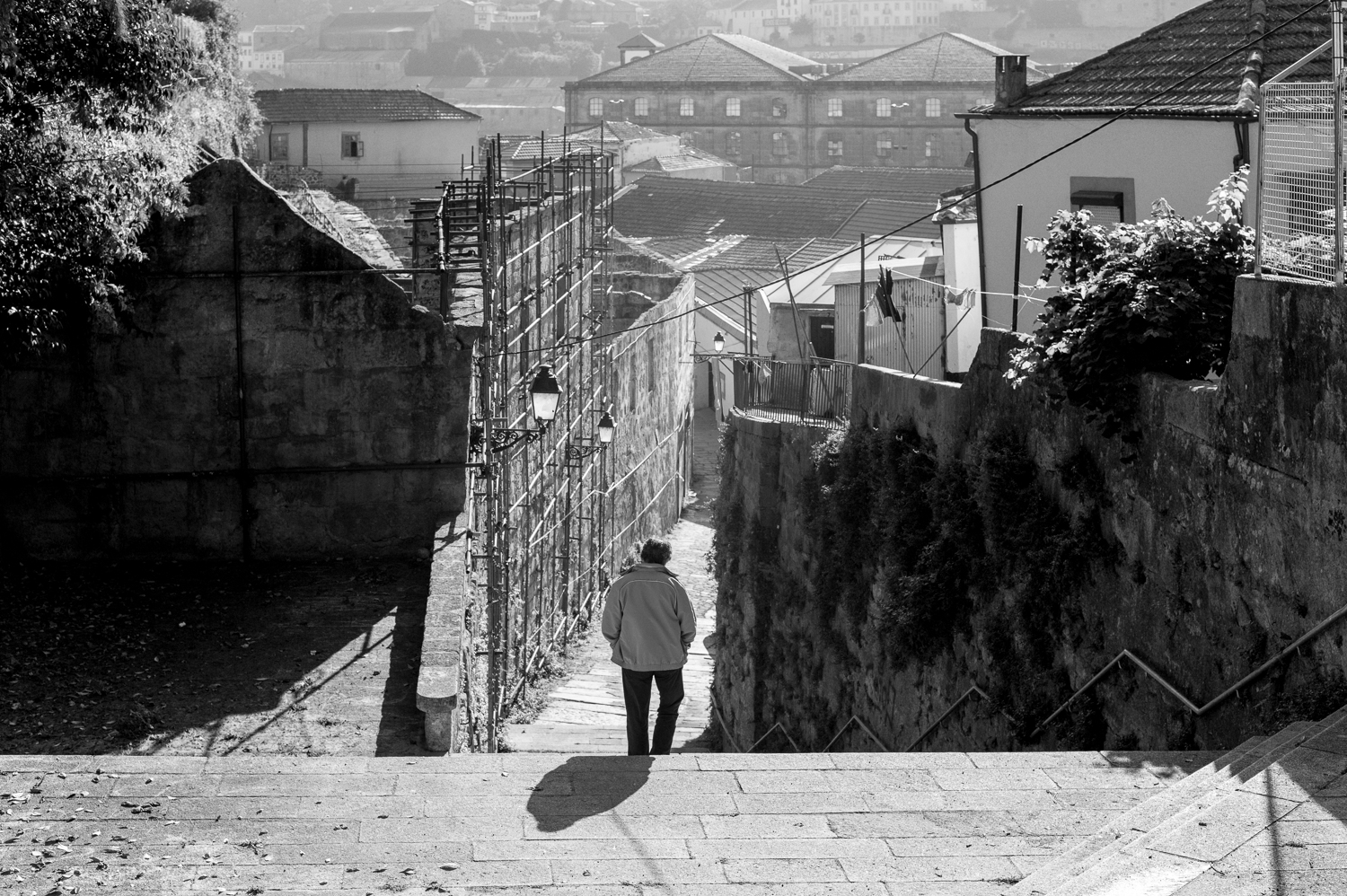 However modern and advanced cameras have become, I personally try to remind myself that we’re not doing anything new with them, simply walking the path that has been walked before

My previous Dear Susan featured tales on my acquisition (with hopefully self explanatory titles), can be read on the following links 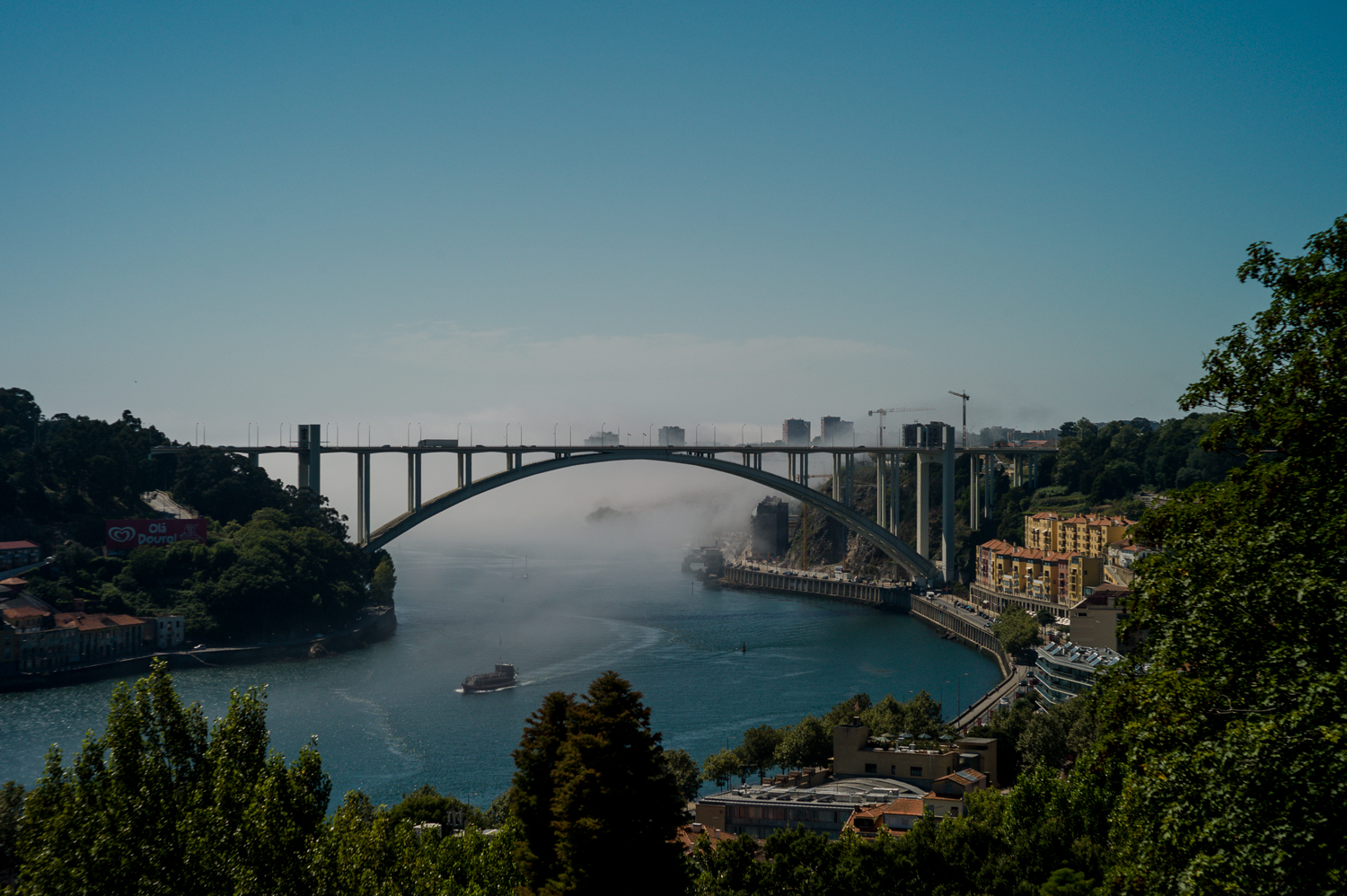 Then the fog rolled in from the sea..

To save me completely eroding your tolerance to foggy verbosity, or TL:DR (thanks Paul) before getting into this latest instalment, my most recent article ended with

And that’s really the point of this article, the continuation of my M9 story isn’t about the camera at all. It’s about shooting pictures, feeling compelled to pick something up and use it, to look to yourself for the solutions to the challenges of the shot. 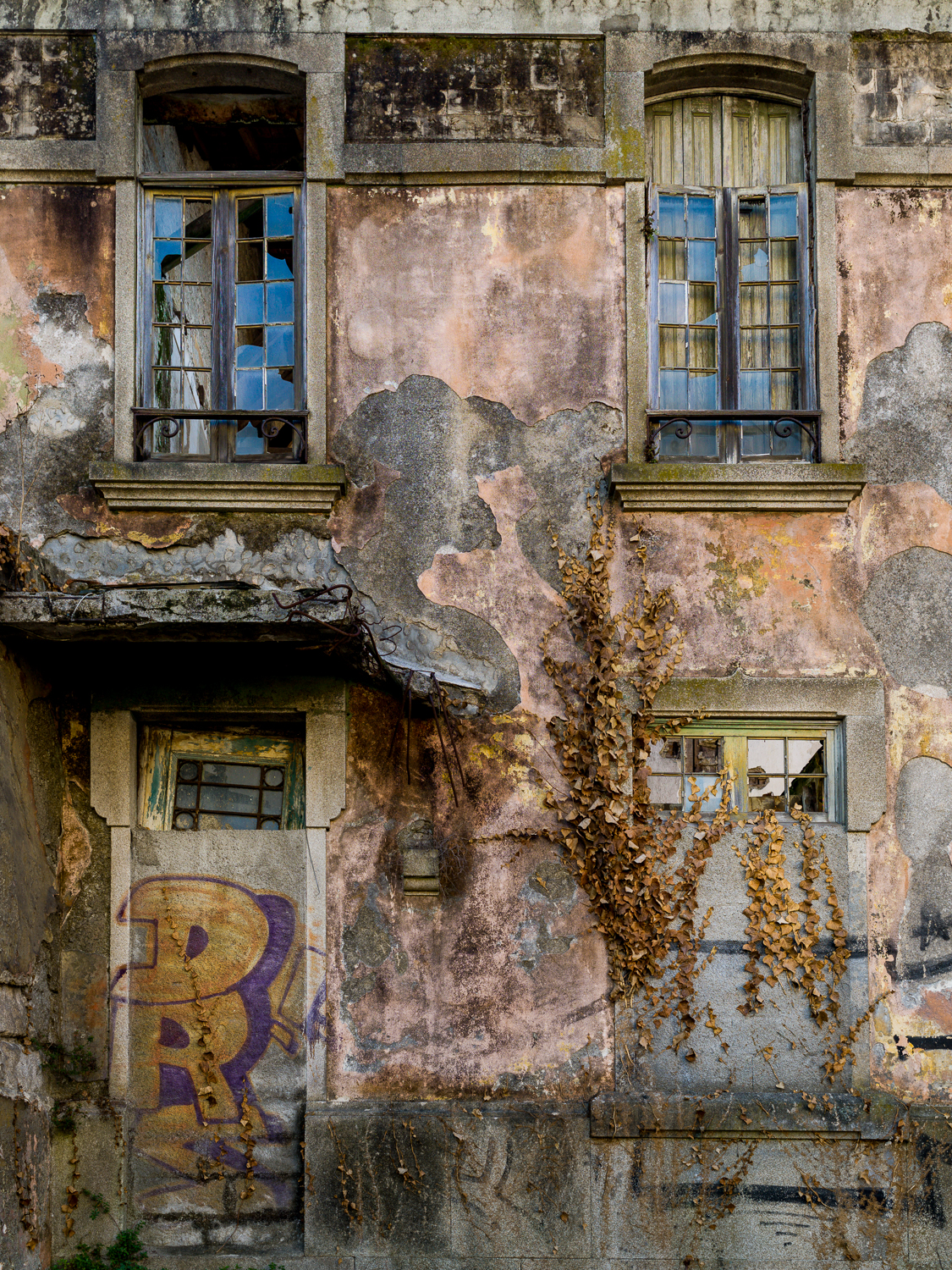 I really love what you’ve done with the place, Ikea?

Great new cameras arrive each year, that doesn’t suddenly make ruins of the old ones

In many ways a year is a long time for a camera, one year after getting my first Fujiflim X-Pro1, I’d long since flipped it for an X-T1. A year after getting the X-Pro2, I supplemented it with another X-Pro1, because I missed the look of the files that the original X-Trans sensor produces…

…..if one’s pockets were bottomless, and one’s desire for new gear was completely avarice, then a new all singing, all dancing camera a year would be easily doable. 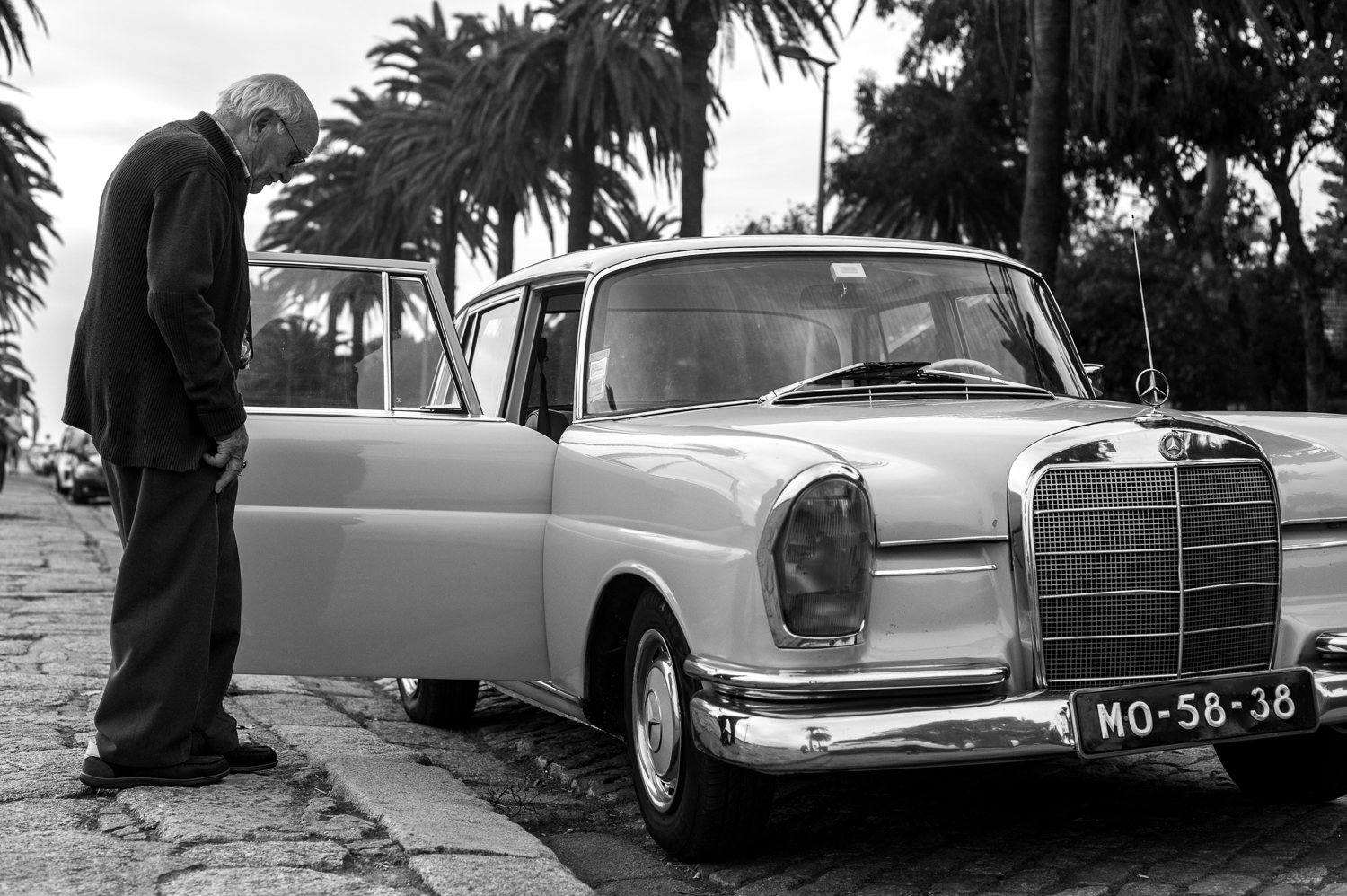 Could I interest sir in a newer car?

But I’ve more or less spent the entire year with the M9. Yes. I’m surprised too. 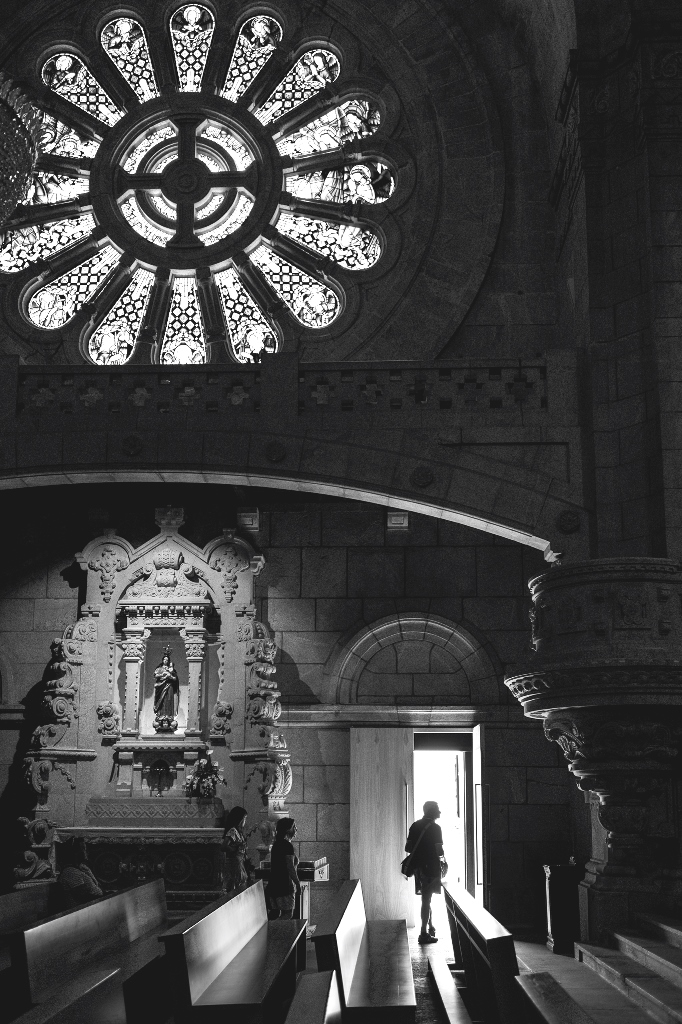 Out of the Darkness and Into the Light

Although I’ve had my face pressed up against the sweet Leica store window a few times (until the price of a 50mm ASPH Summilux comes a little too sharply into focus), I haven’t seriously considered adding glass or upgrading to the M10.

I’ve found myself  content with my choice of M9p, 50 ‘cron and 35 and 90 Summarits. If you recall… I also added a 7Artisans 50mm F1.1, which secondhand cost about as much as it does to fill the tank of a BMW two and a half times (according to google, I don’t own a car) 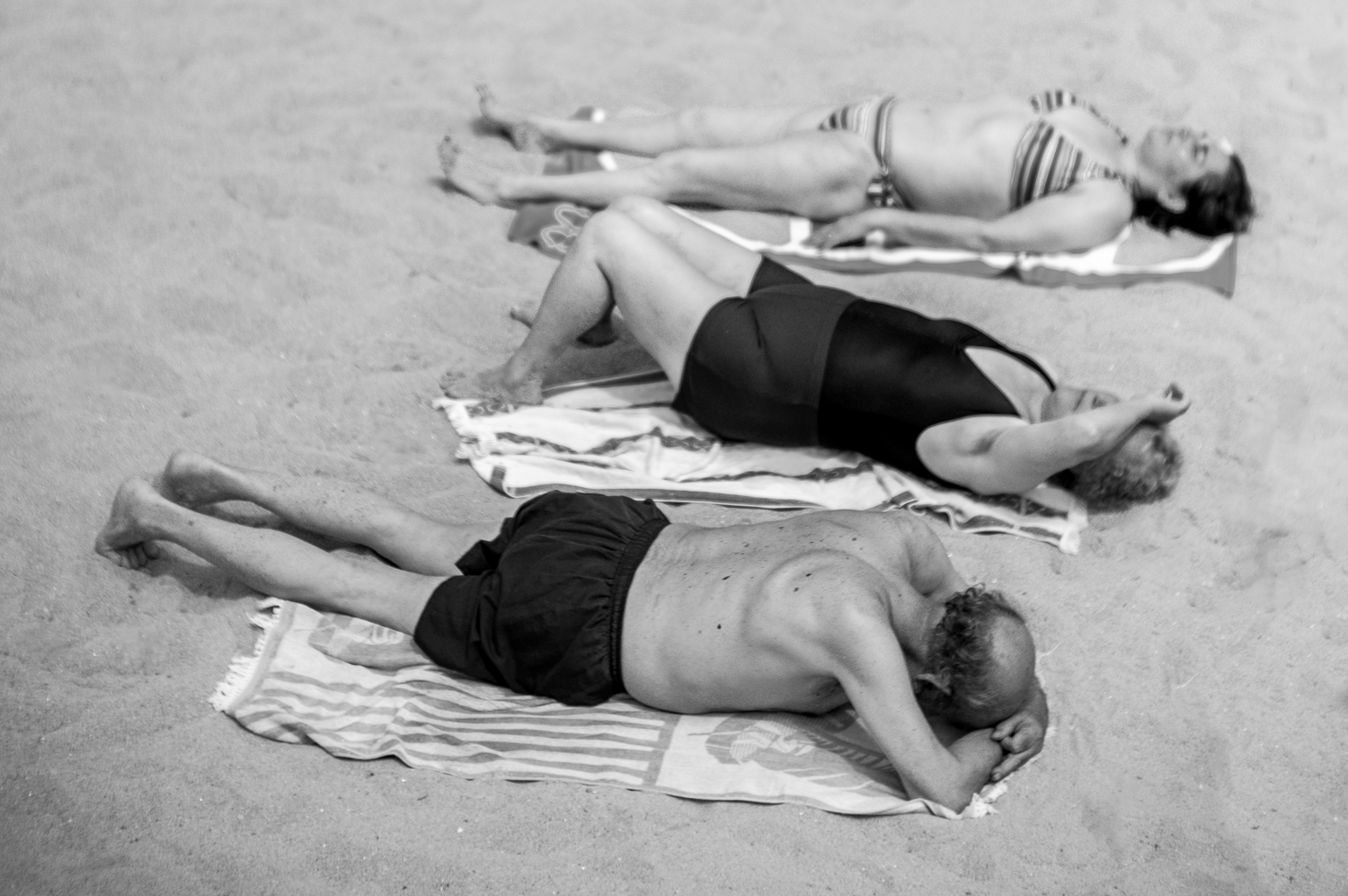 No, all I’ve really done with the Leica is take pictures with it… I haven’t found myself online bitching about it’s lack of second card slot, lack of 4k video or woeful auto focus  😉  I haven’t been pounding the Facebook groups and forums demanding additional features via firmware or demanding lens configurations that don’t exist.

I’ve just been pointing it at things and pressing the shutter. Shame on me, I mean how lazy is that? 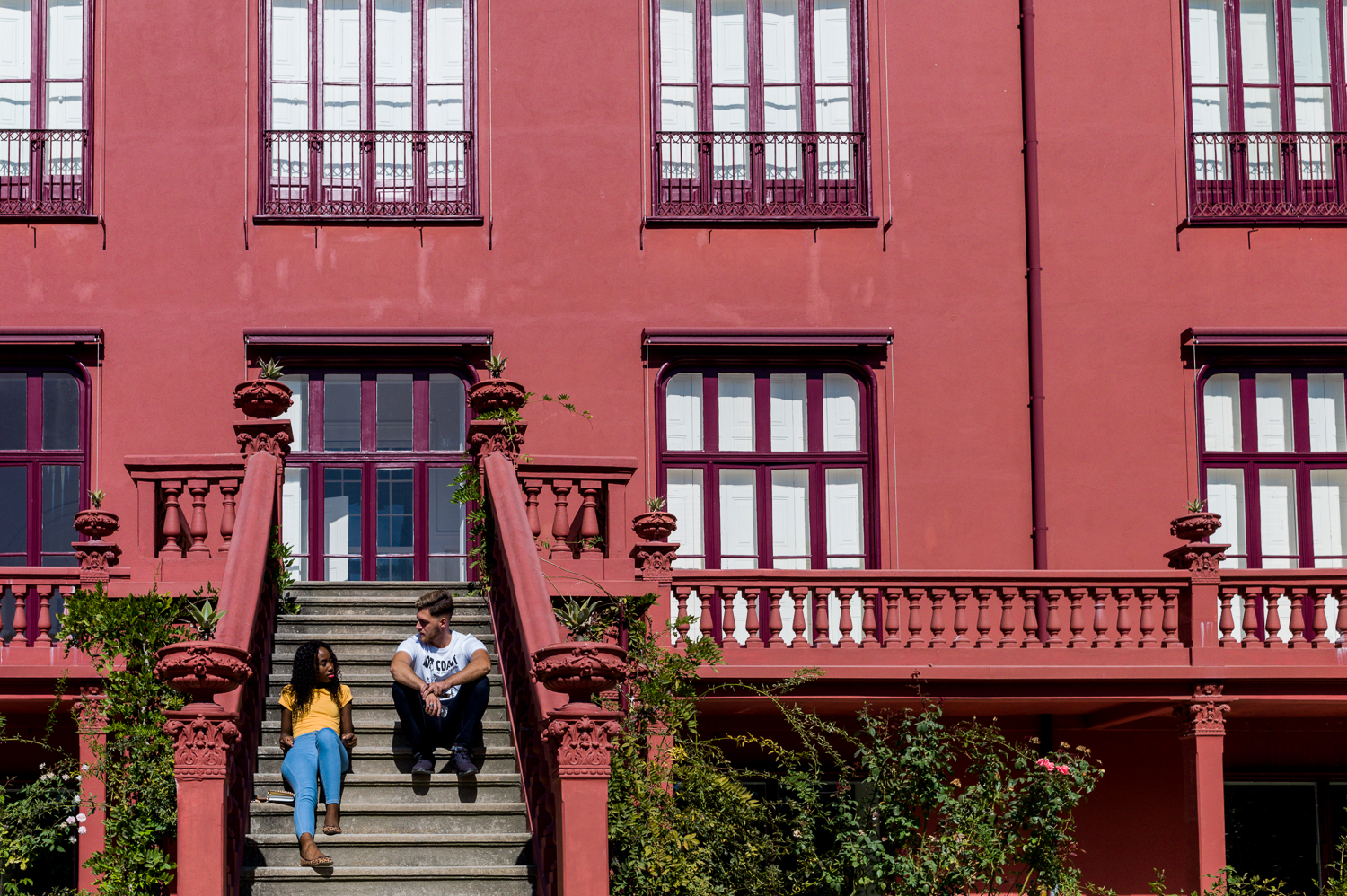 For this past year, the M9 has basically just done it’s job of taking pictures, leaving me with nothing to worry about except focus, exposure and timing. This is good, those things keep my brain pretty busy without the need to occupy my time with the menu settings that automate those things for me. 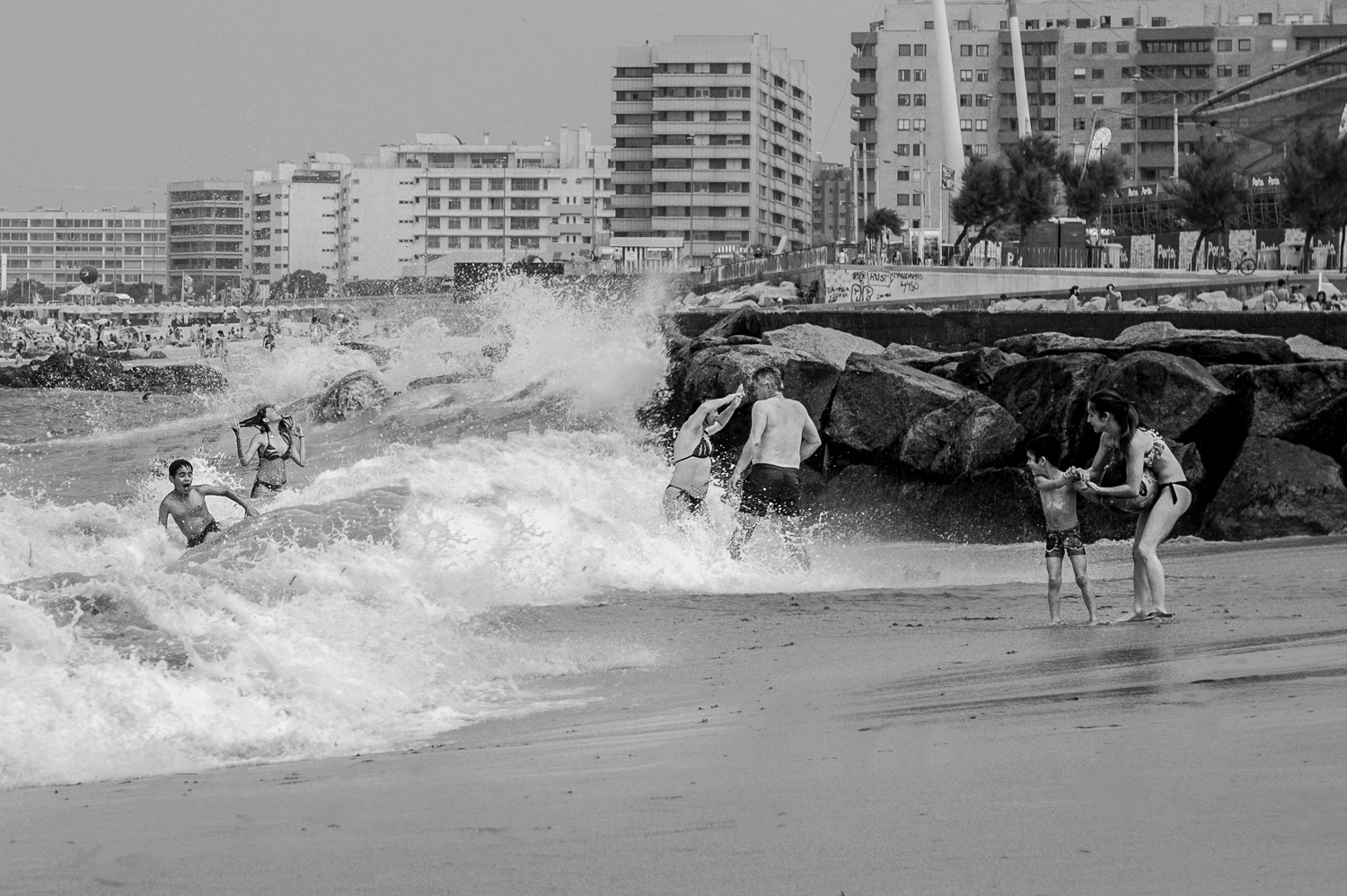 On paper, the M9 is woeful. 8 stops of DR and manual focus only. Out in the field it’s actually quite surprising just how often that that’s enough. 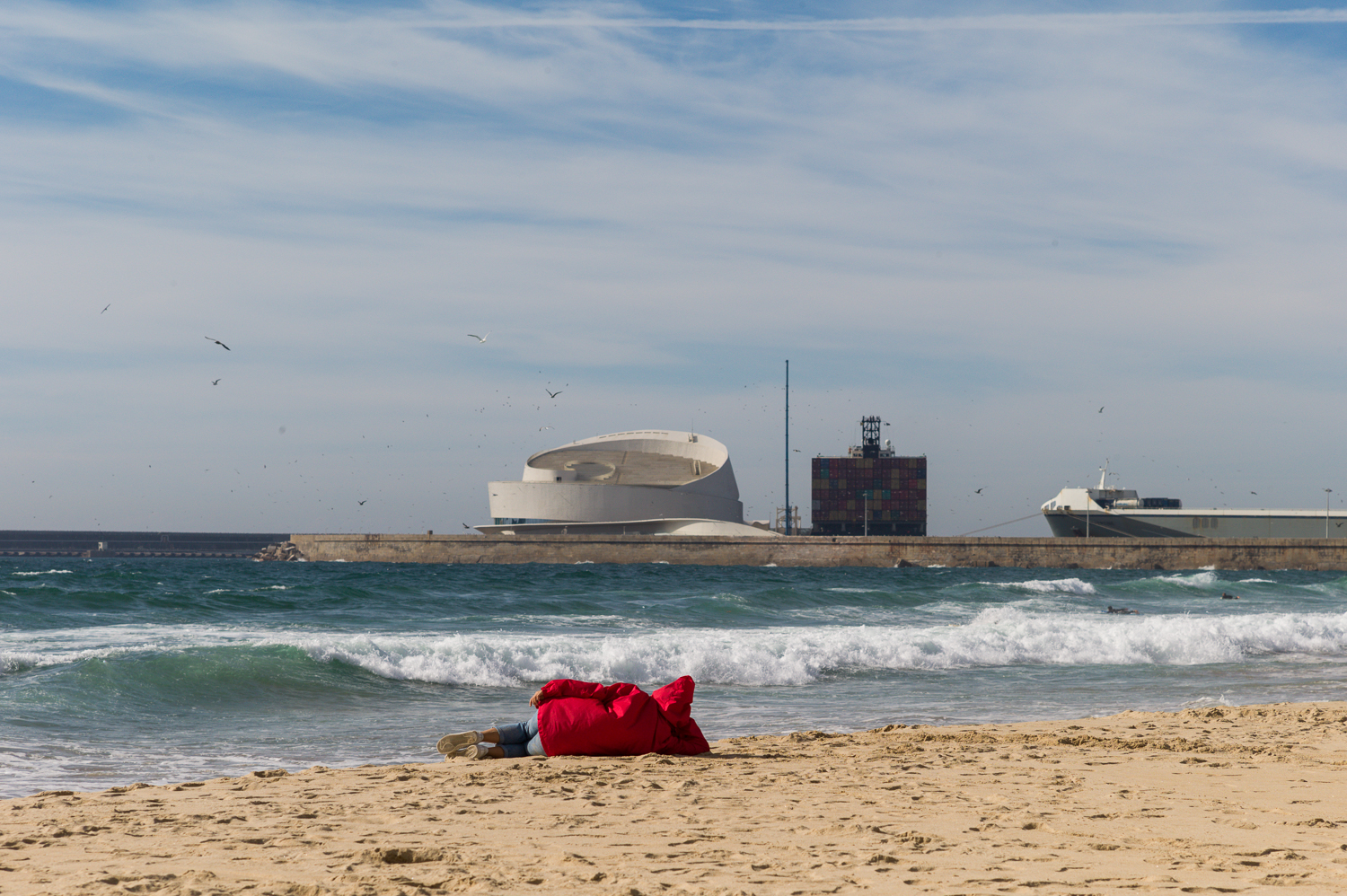 My cheap-ass Summarit lenses really do an admirable job and the ‘cron is a solid performer.

Many of the accolades that make an M an M are now shared by many other cameras… size, discretion and IQ, but this doesn’t suddenly mean that the M can’t do those things any more. 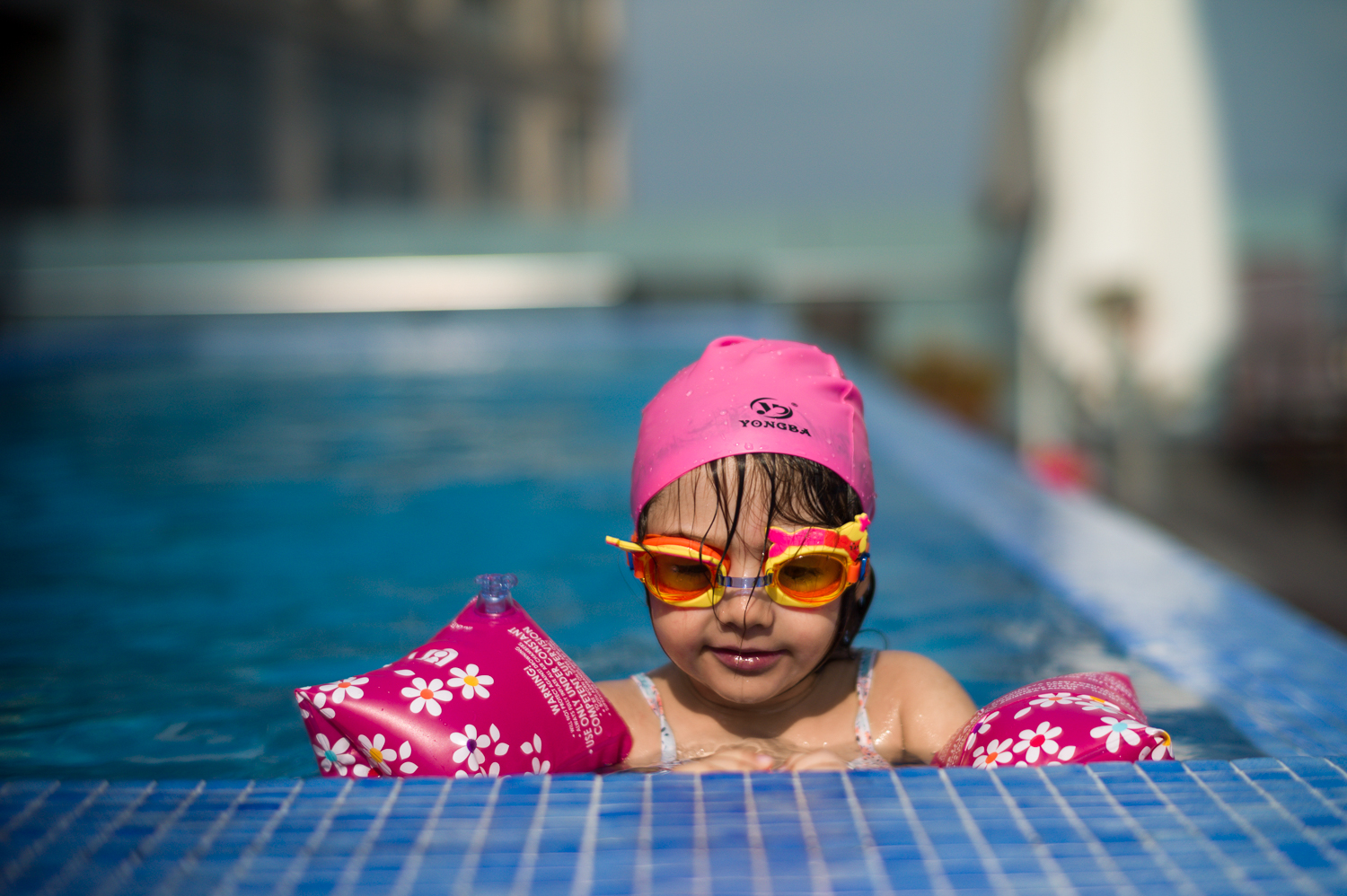 To put my money where my mouth was I took the M (and only the M) on holiday… The first vacation I’d ever been on with my 6 year old daughter I really wanted keeper snaps, I needed a camera I could take anywhere, in any light and come home with images…

…and you know what?

The M9 managed it. I got what I wanted with it… sure MUCH care was taken with it on the beach, sure it was kept away from the inevitable rain shower, in either scenario only taken out for the shots I wanted. But still, there was no barrier to using it.

In fact I was reminded of childhood memories of my dear Dad and that K1000, which after all wasn’t weather sealed, yet got used in many places with the necessary care and attention. 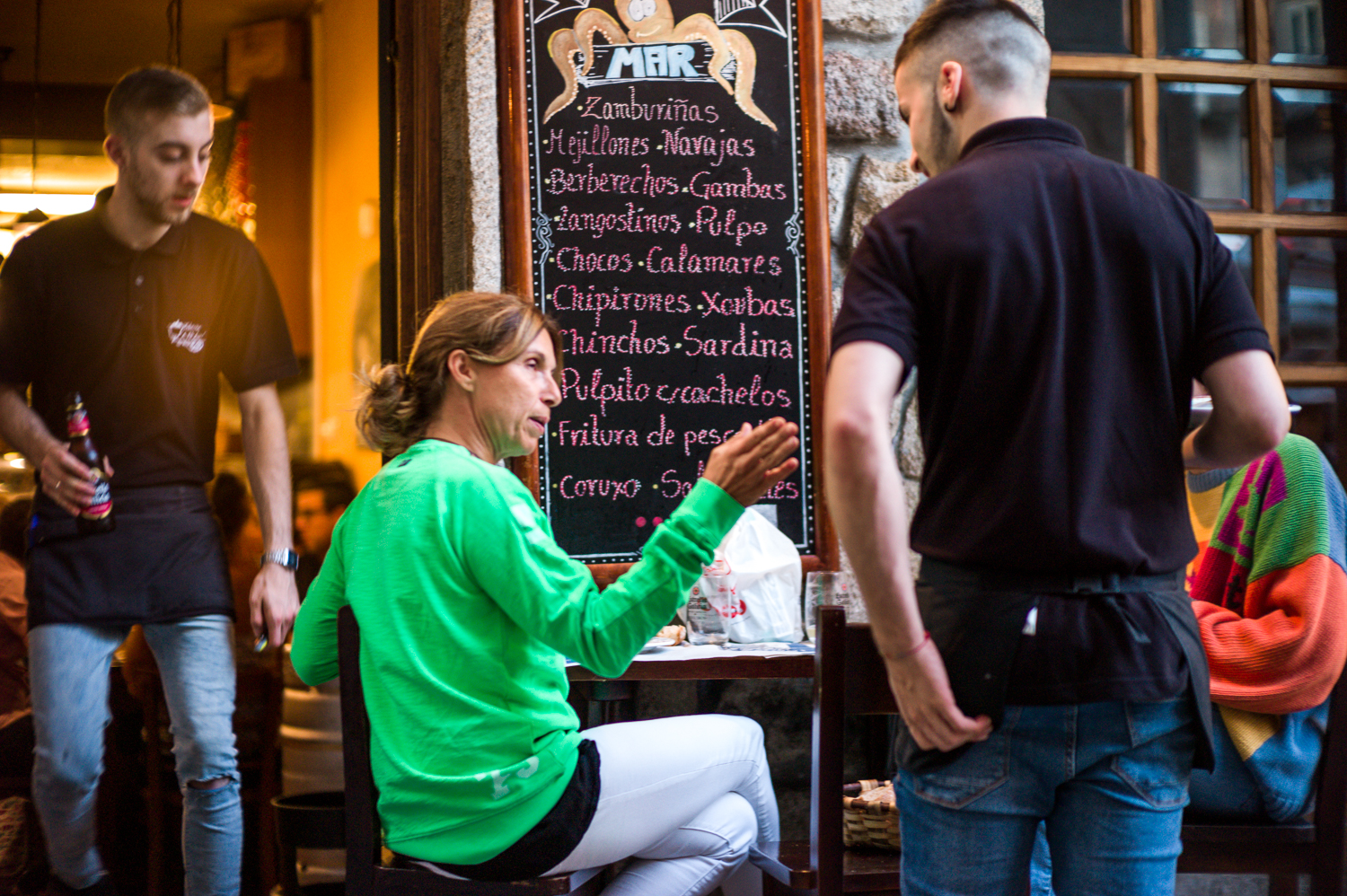 For reasons that it’s not appropriate to go into here, I decided that a certain someone in the peripheral of my life need not have advertised to her that I owned a Leica (more none of her fucking business rather than any wish to be deceitful) 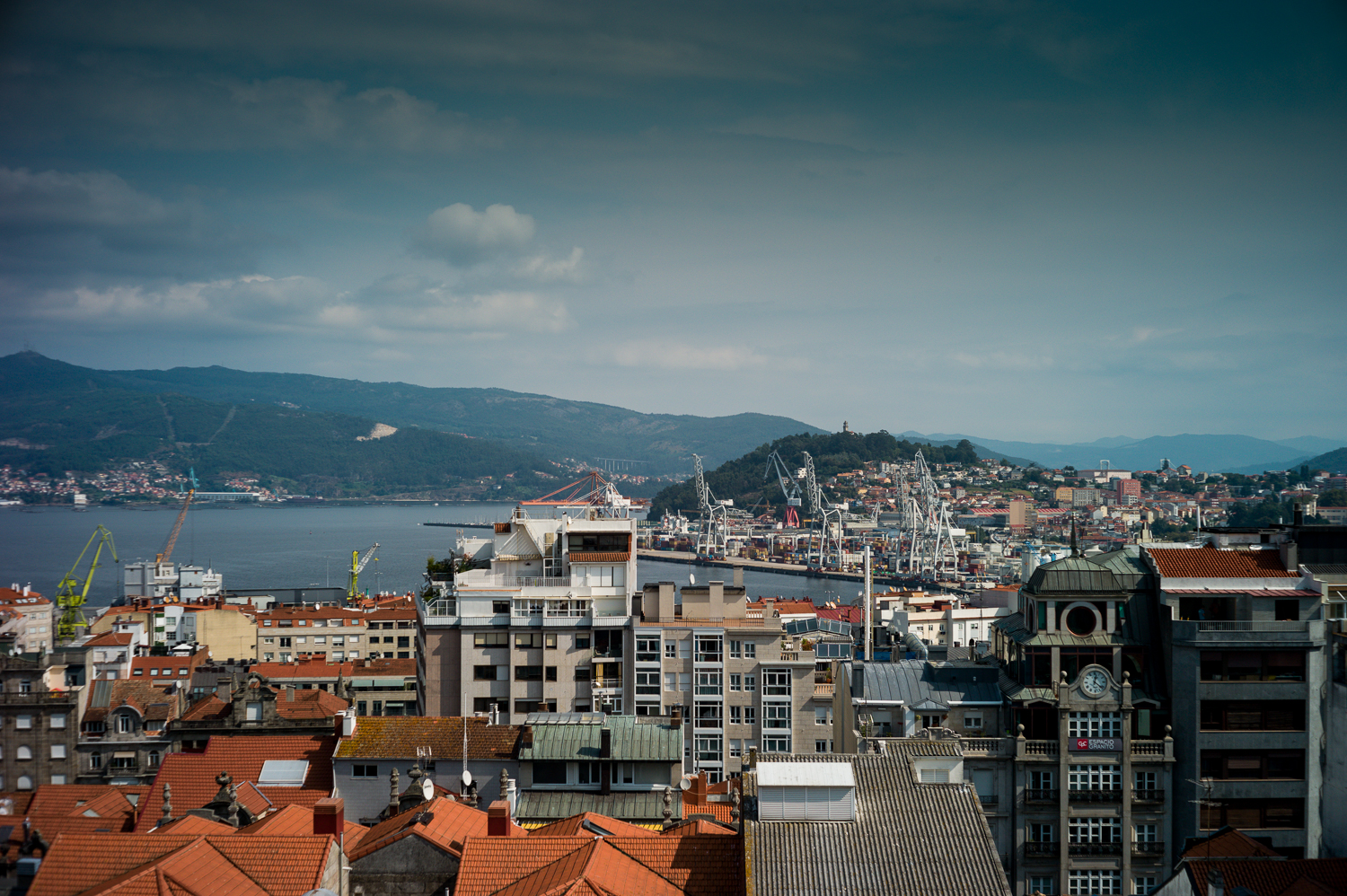 This came to head when on the holiday a friendly chap came up to us to comment hey nice Leica, which one is it?

I’ve since been asked is that the monochrom as well.

This never happened with the Fujis and I’m not sure I like it (ok I am sure and I don’t.) 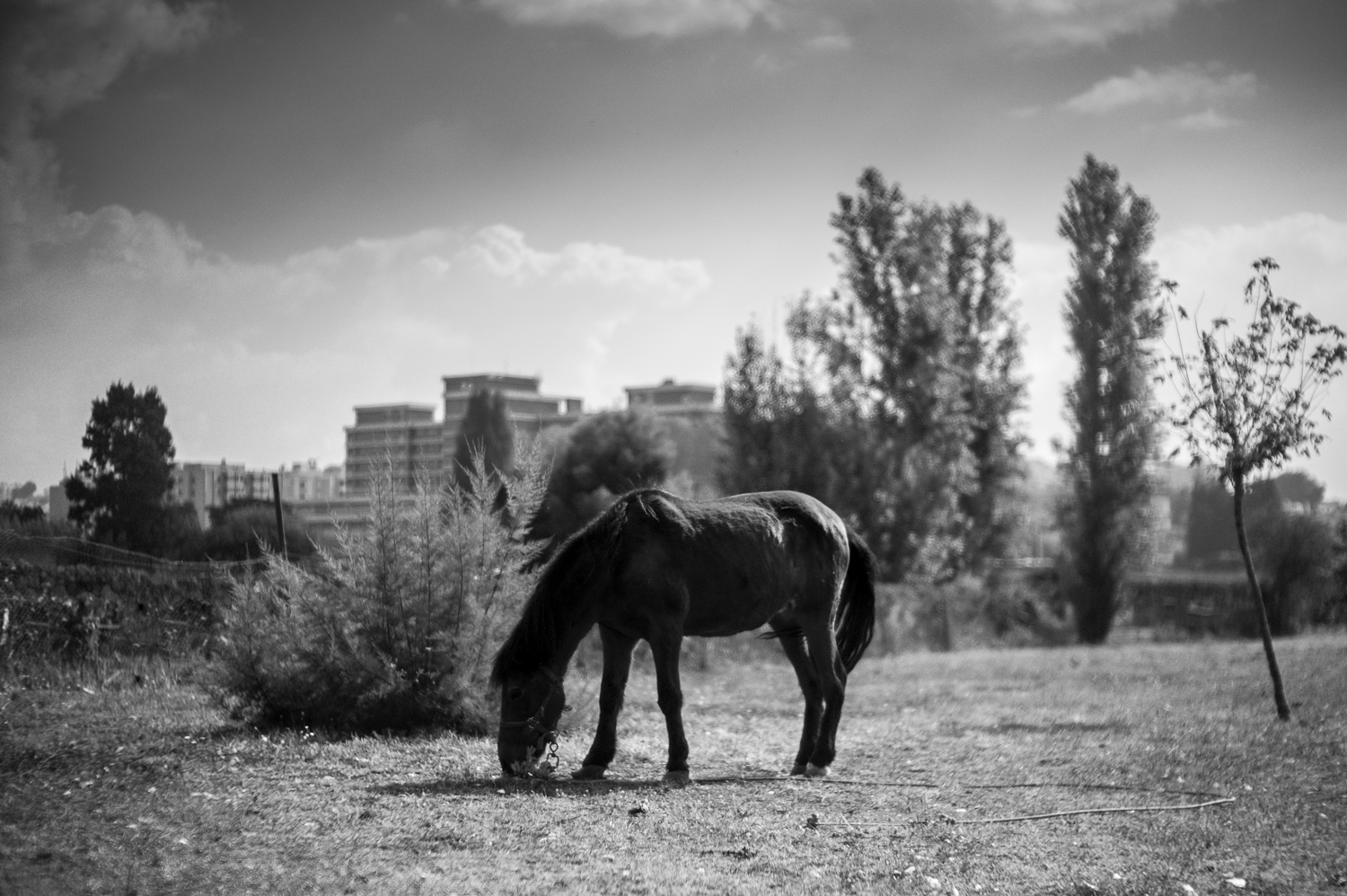 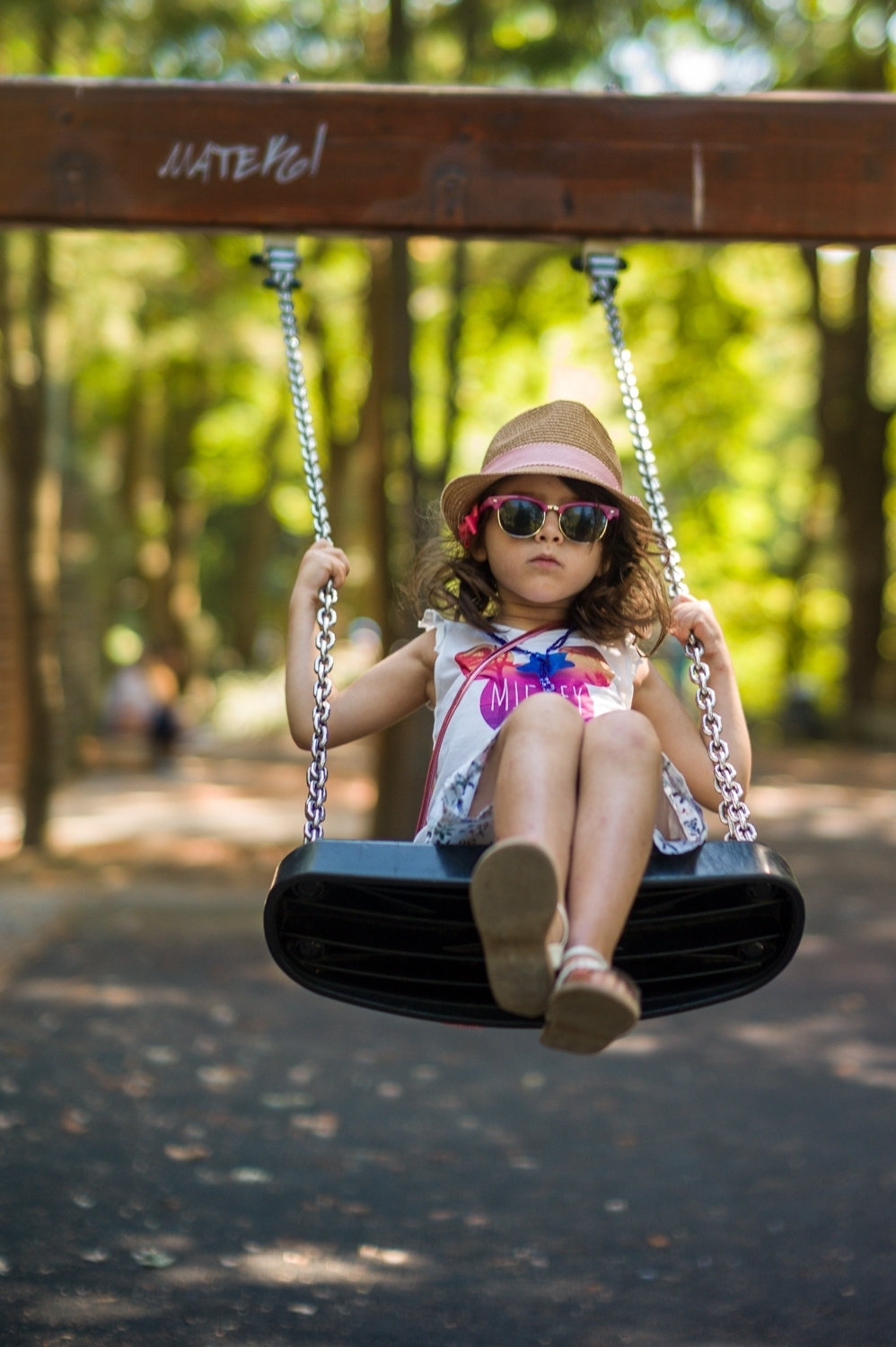 The 7artisans has been a bit of a revelation to be honest… It stayed on the camera waaaaay longer than I thought it would, as FF and F1.1 is quite an addictive look after all those years shooting APSC Fujifilm. Sure Fujifilm’s XF56 is a far better optic, but 50mm on FF means you don’t have to cross the street to get the framing you want  🙂 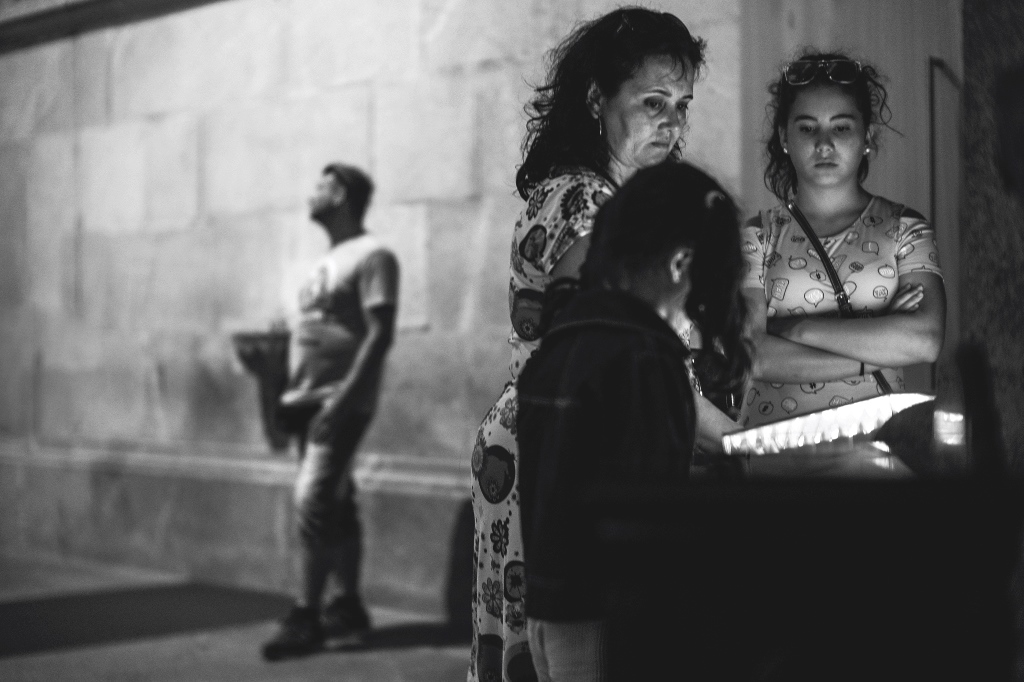 The F1.1 lens is a big score for the M9 as it really helped remove the one true barrier to using the Leica as I would my modern cameras… nigh on two more stops than the ‘cron means that I can take the M9 to places and not have to employ 1950s era camera shutter speeds 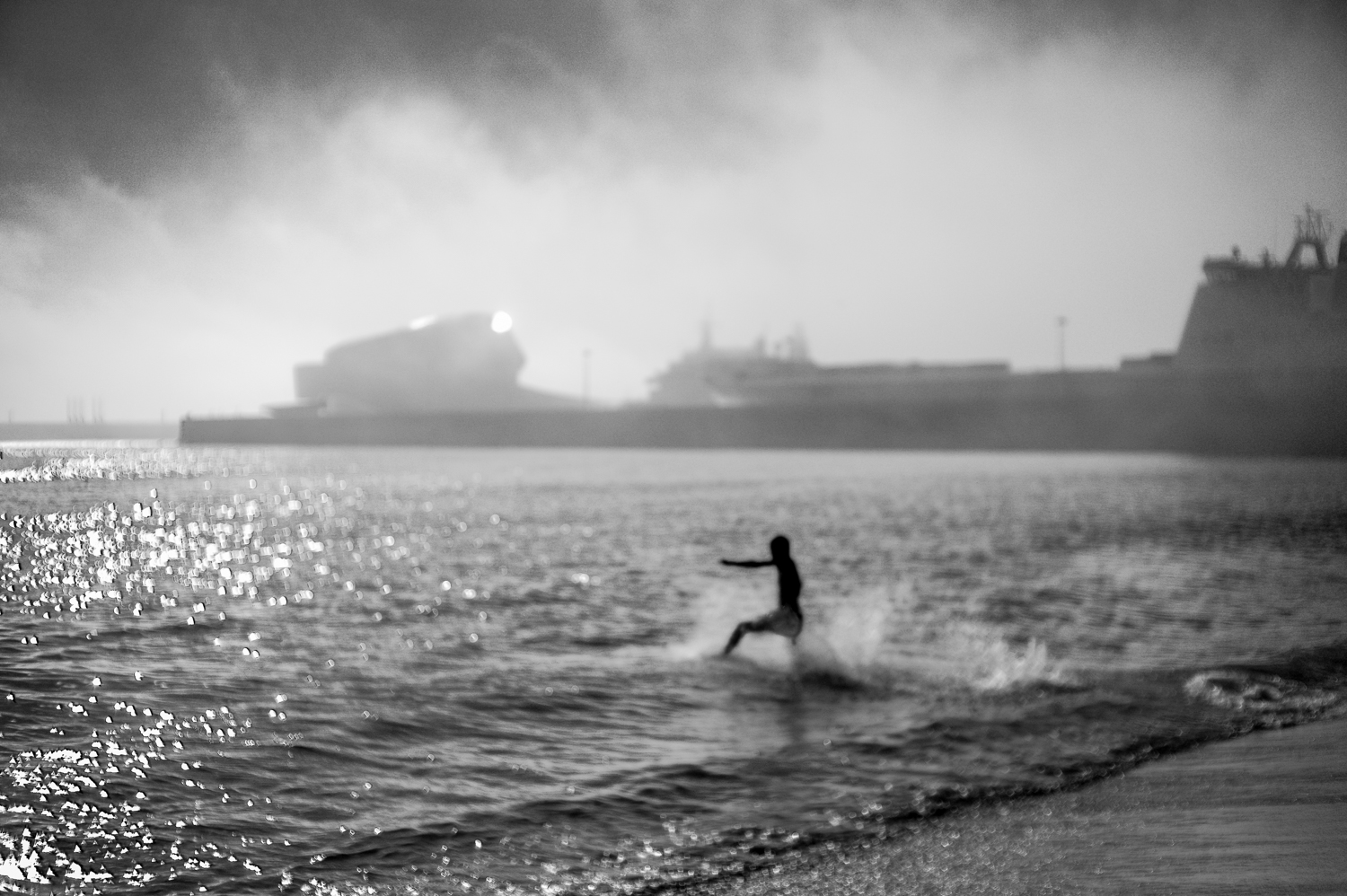 …and into the Sea

I’m not sure I really want to recommend the 7artisans… if you’ve got the cash buy the Noctilux or the Summilux – sincerely go for it, to rich for you? Then buy one of the fast fifties from Zeiss or Voigtländer. My HUNCH is that any of these will give you nicer IQ….. 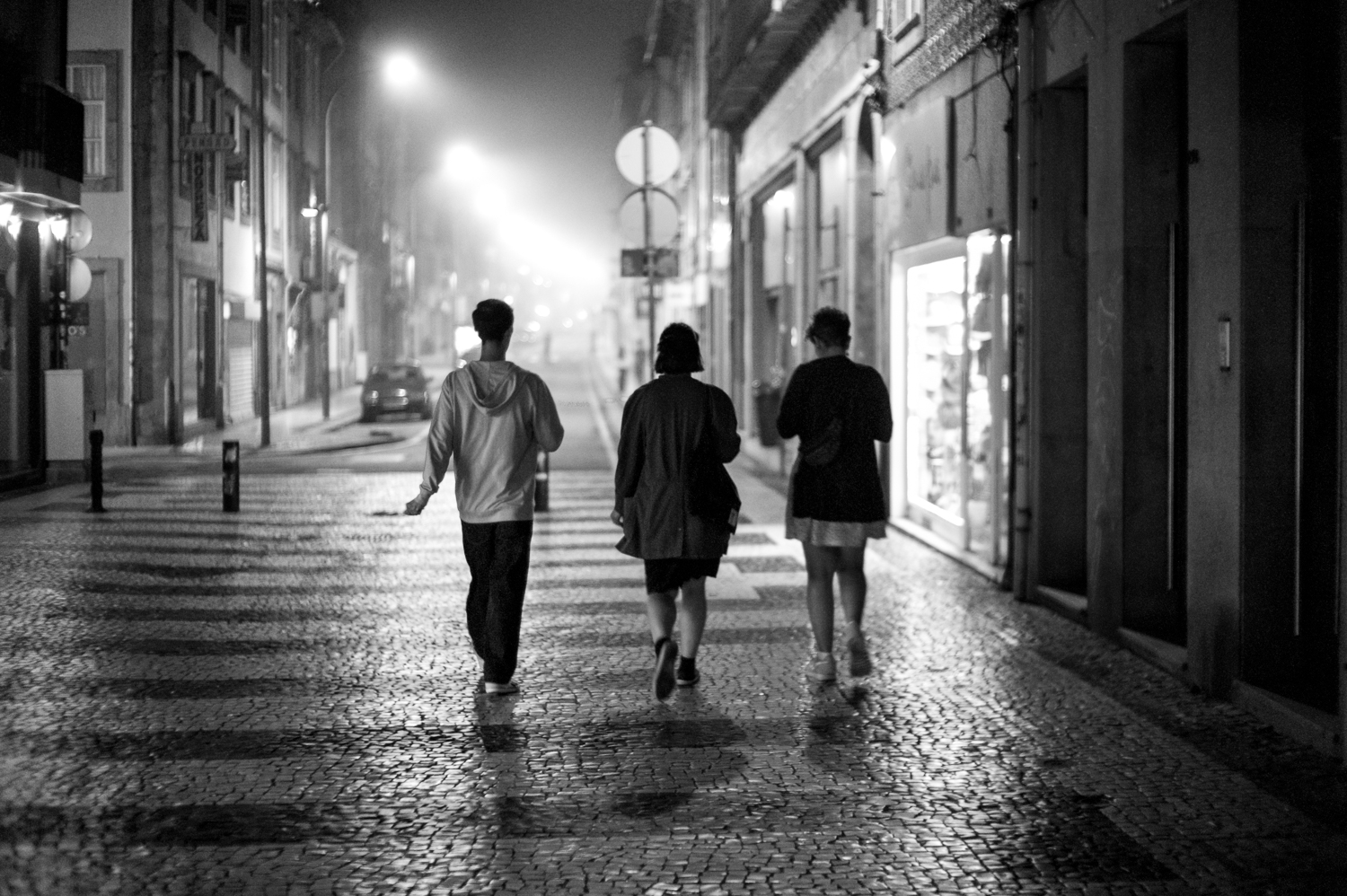 End of the Night

But I’m very much on a budget and the price I paid for my secondhand 7artisans was too low to pass over. It’s big, it’s heavy, it’s surprisingly well made with a well damped focus ring (makes the 35mm 2.4 Summarit feel like shit frankly) and a clucking annoying clickless aperture ring. The Blue Peter double sided sticky tape, stick on focus tab is a bit naff (it’s still there though) but at least it HAS a focus tab (I’m looking at you £1900 Summicron). The native barrel distortion could be worse (or indeed better if you’re a glass half empty sorta person) and it vignettes quite badly wide open. 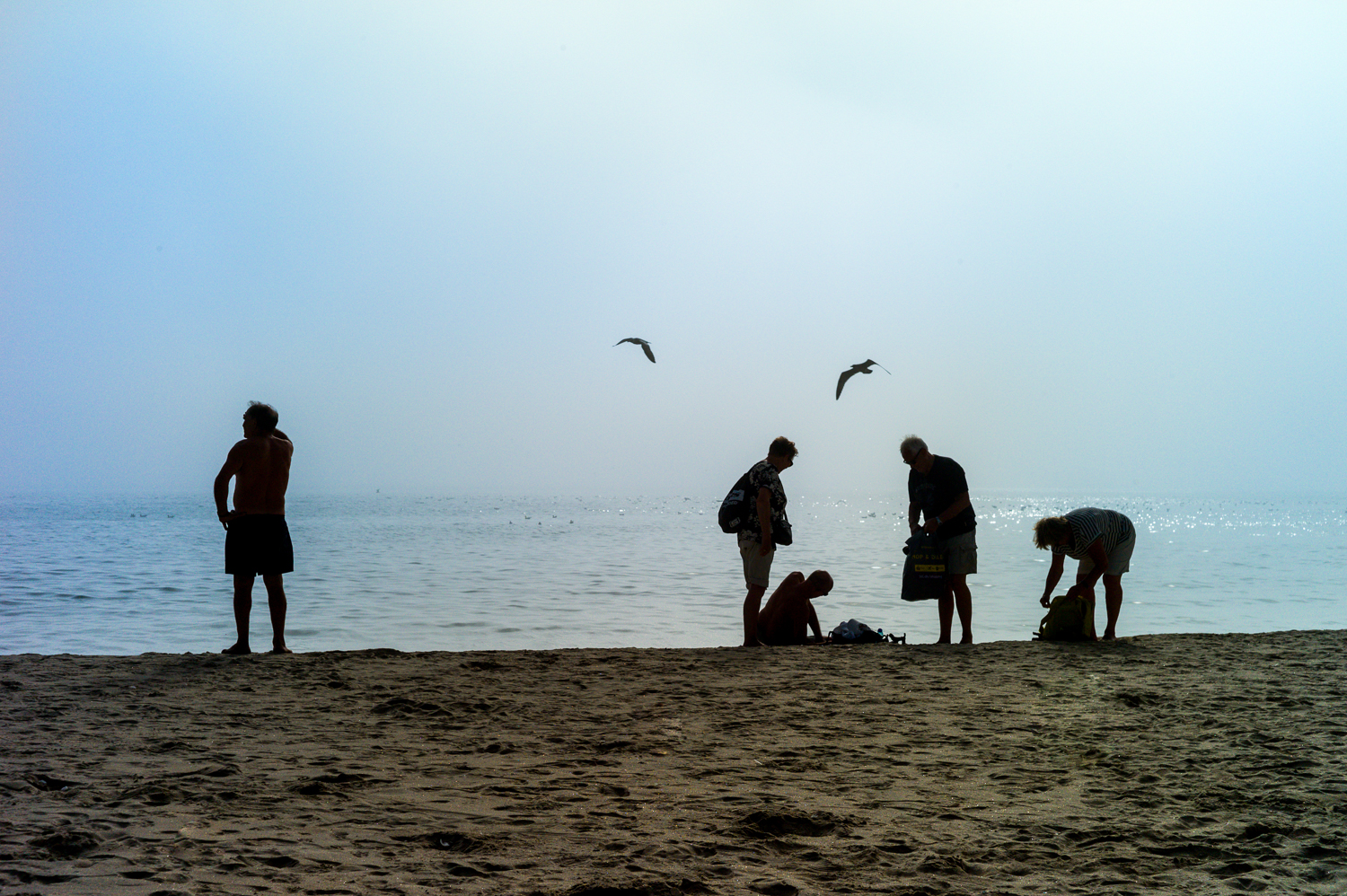 End of the Day

The pièce de résistance of the 7artisans is that you can adjust the focus of the lens to be aligned with your rangefinder (Leica you need to copy this) which is a far better solution than shipping all of your stuff over to Wetzlar and waiting for ages to get it all back.

Flare is readily achievable (just like on the ‘cron), you can get colour shifts at the corners (which you won’t on a ‘cron) and the resultant images certainly do not have that bite that you’d normally expect with a CCD sensor camera and genuine Leica optic…. equally though it’s very fast, made with brass and brand new costs Fujifilm XF35 F2WR money… you pays your pennies, you makes your choices.

Yup, the Leica M9 journey: class, crass or fast glass, it’s not a free trip, but it’s one I’m continuing to enjoy. A lot. Eye of the beholder it may be… but there’s still something to be said for the look of a FF CCD image, compared to what I personally find to be a more ethereal look from most modern CMOS cameras. 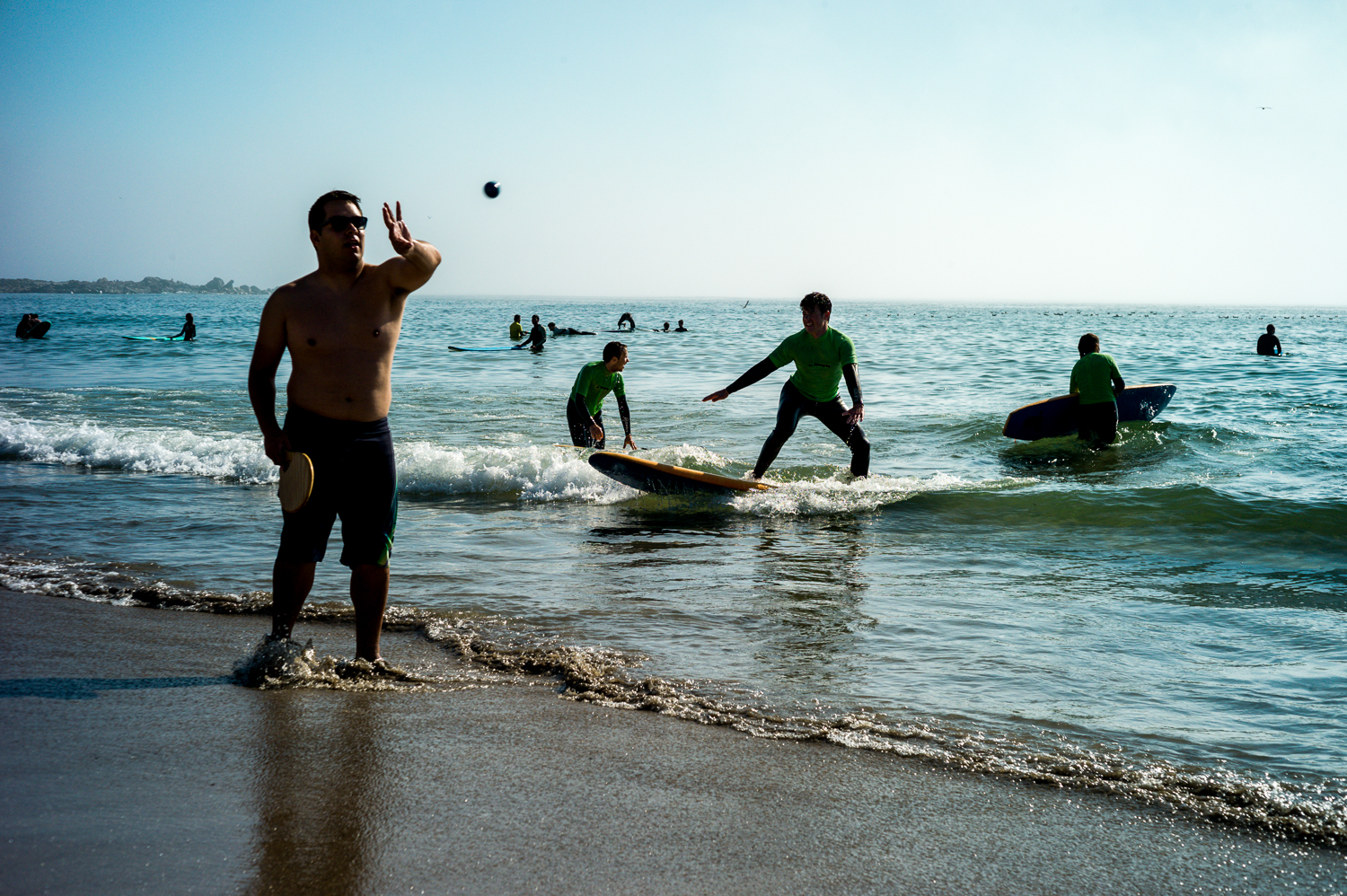 I sincerely hope that those in internet land end up with the camera that they so desperately seem to need with the AF, the video, the size, the shape, the lens options, the touchscreen, the wifi, the quadruple SD card slots that aren’t XQD. I hope this camera is syndicated across all of the brands, so that all the Fuluminicanony folks are happy. I sincerely hope that those who know what they truly need and can separate that from what’s only nice to have, are able to make an informed purchase from the plethora of highly advanced options that are available to them. 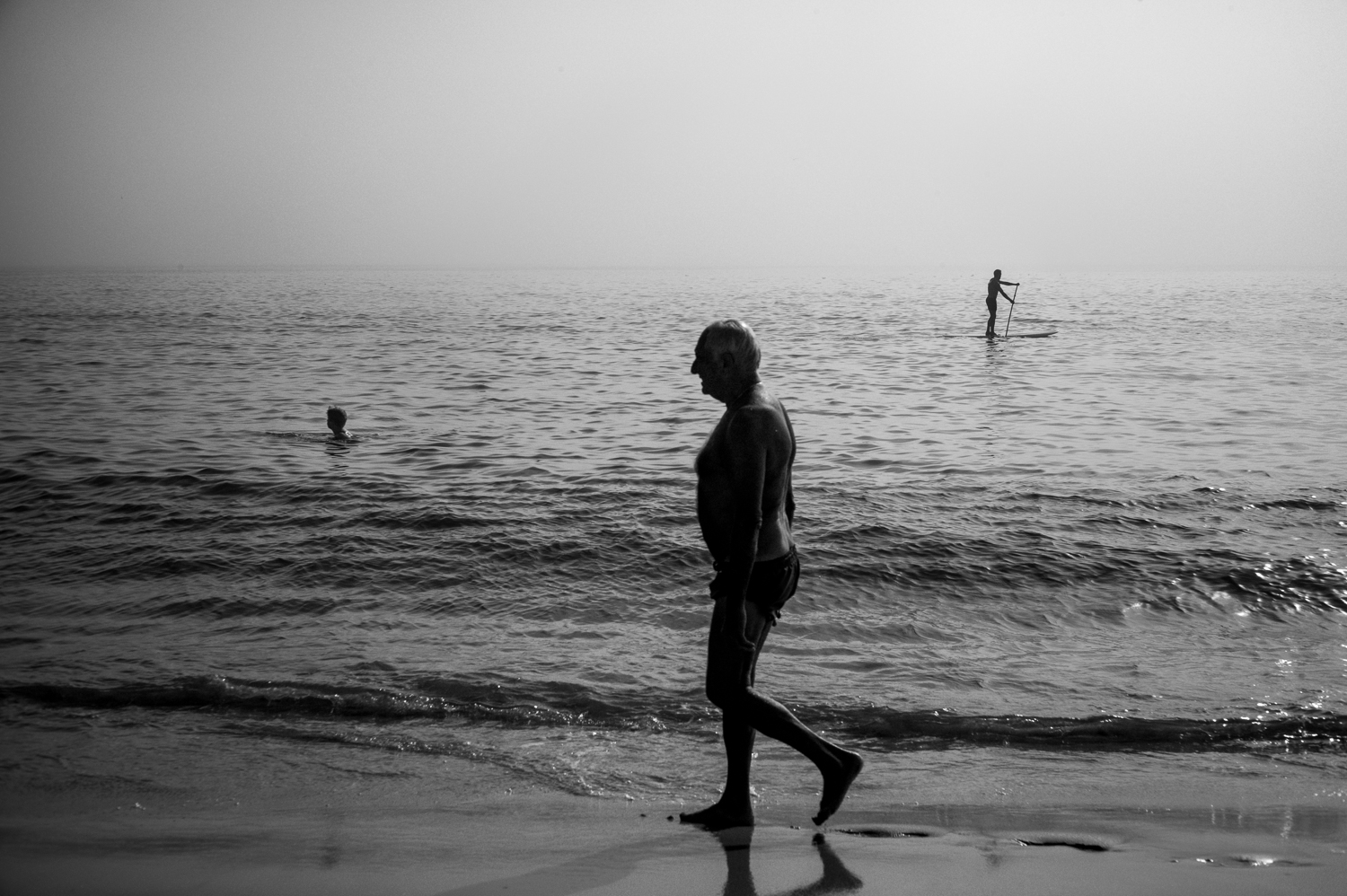 Lost in Their Own Worlds

But for me… well contrary to Leica fanboi rhetoric – less is actually less, it really is. But being frugal can have its own rewards.

(Yes, it’s not lost on me that the M10P has wifi, a clip on EVF, a phone app and a touchscreen, so I really am living in all kinds of yesteryear here) 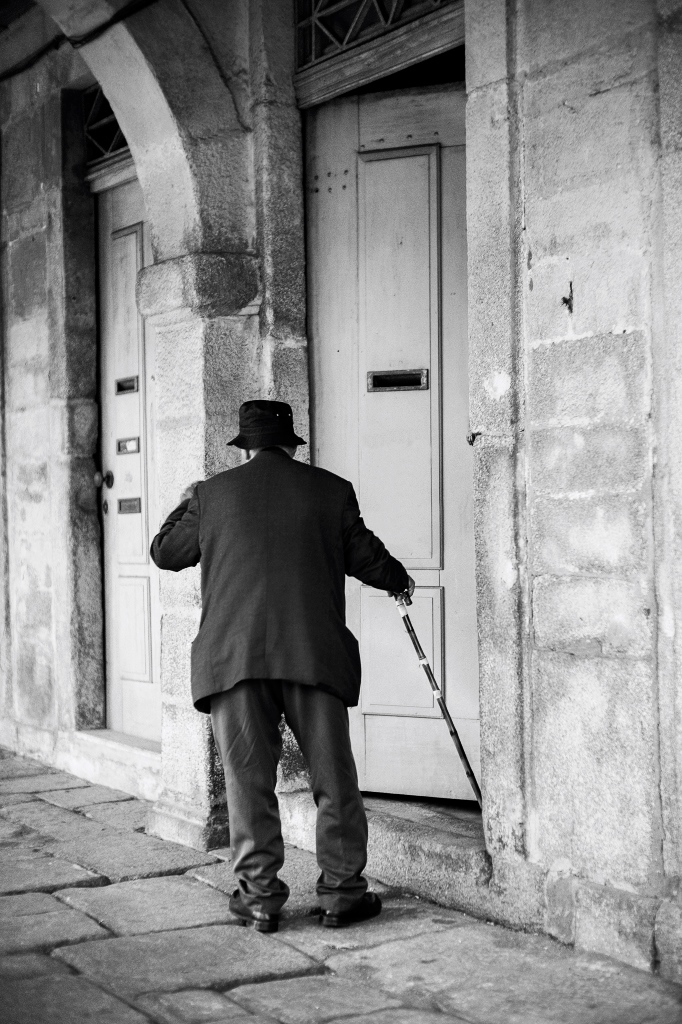 Close the Door and Step Outside

I’m sure sooner or later my M9 will have some sort of problem, and I’ll deeply lament the cost of fix or replacement….

….But let’s not jinx it, let’s enjoy the moment. 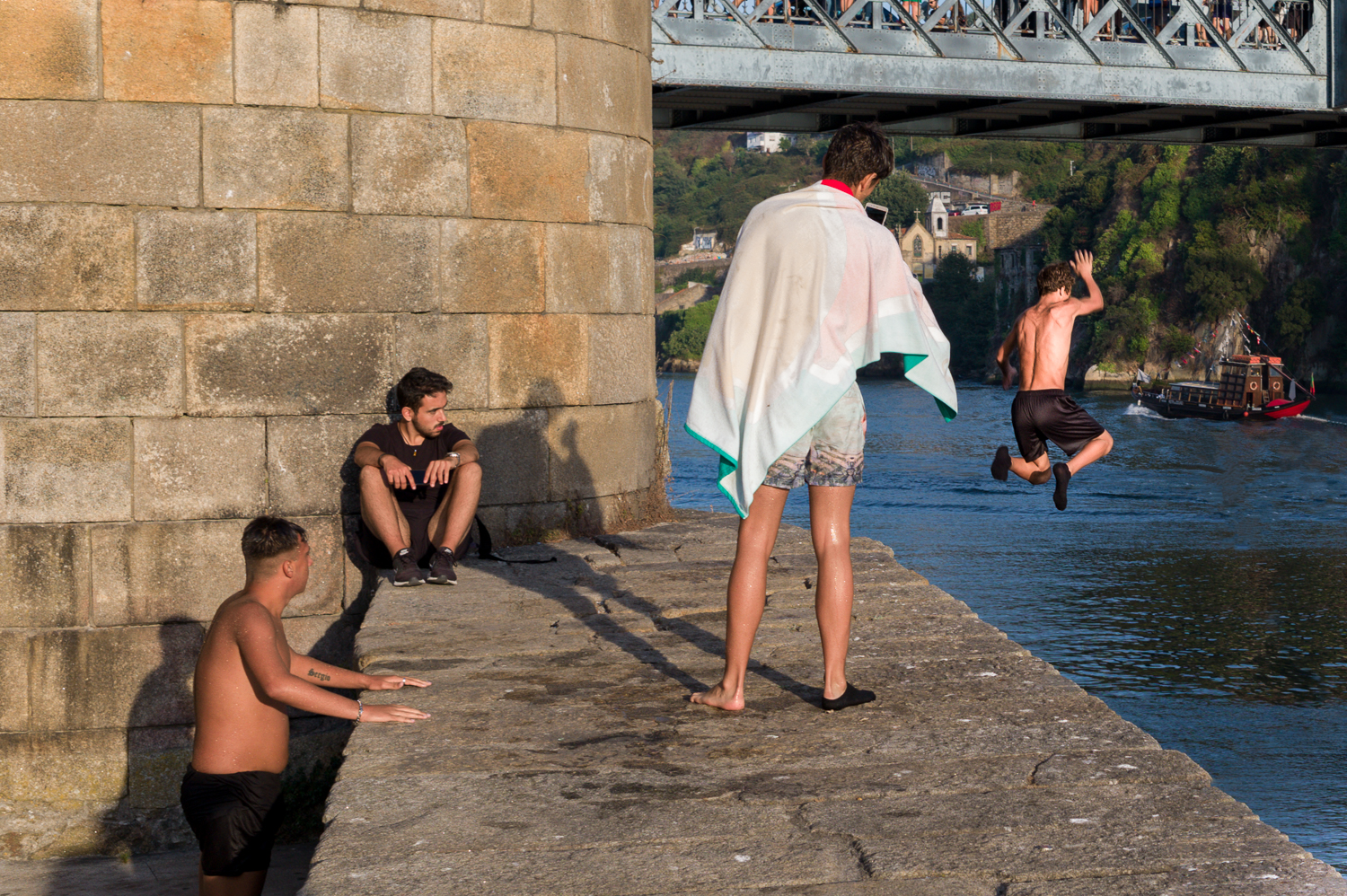 If you’ll pardon my indulgence and are inclined to do so, you can see more of my images on my instagram

Previous Post #780. Monday Post (29 October) Resurrecting the Kodak Brownie (or is it the Instamatic?) Next Post #782. The coming of Julia (an un-review). A brilliant new Zeiss with just a hint of Leica