#774. Splendour in the Hebrides 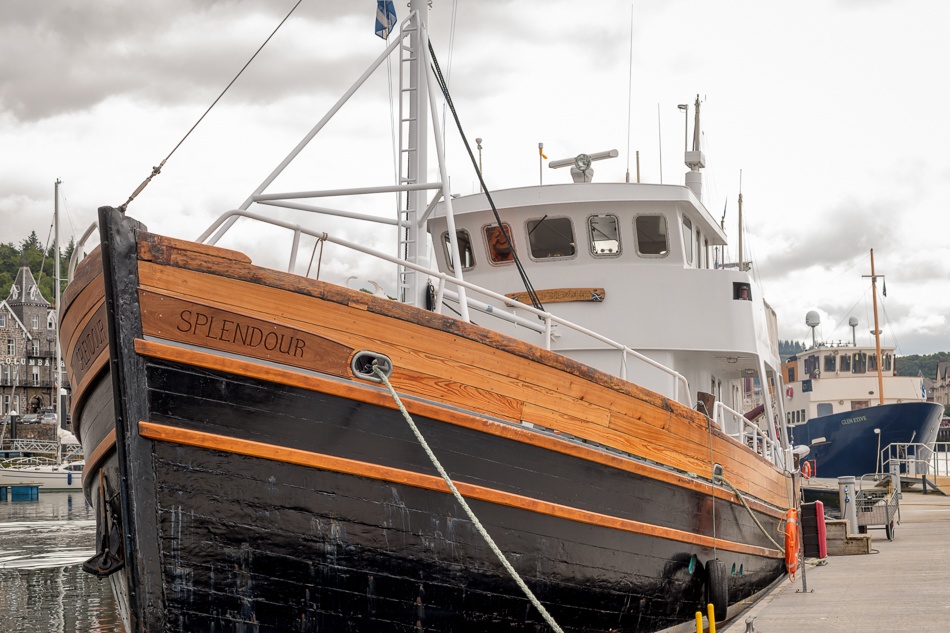 Our home for 13 days

Like many of us over the years I’ve seen numerous television programs exploring the ancient Hebridean Islands. Our exploration took place upon this old converted mackerel trawler. Having said this Splendour lives up to her name. The food served aboard is some of the best the 8 of us have every had the pleasure of being served, The chef Mike has worked in Michelin * establishments in the past and it showed, as does our waist lines!! The bridge was always open and Iain our skipper/owner was welcoming and a fount of knowledge on the areas being visited and the abundant wildlife that we were seeing.

Oban was our starting point, Anne left with a bottle of the local product in our bag after her obligatory tour of the local Scotch distillery before our departure. 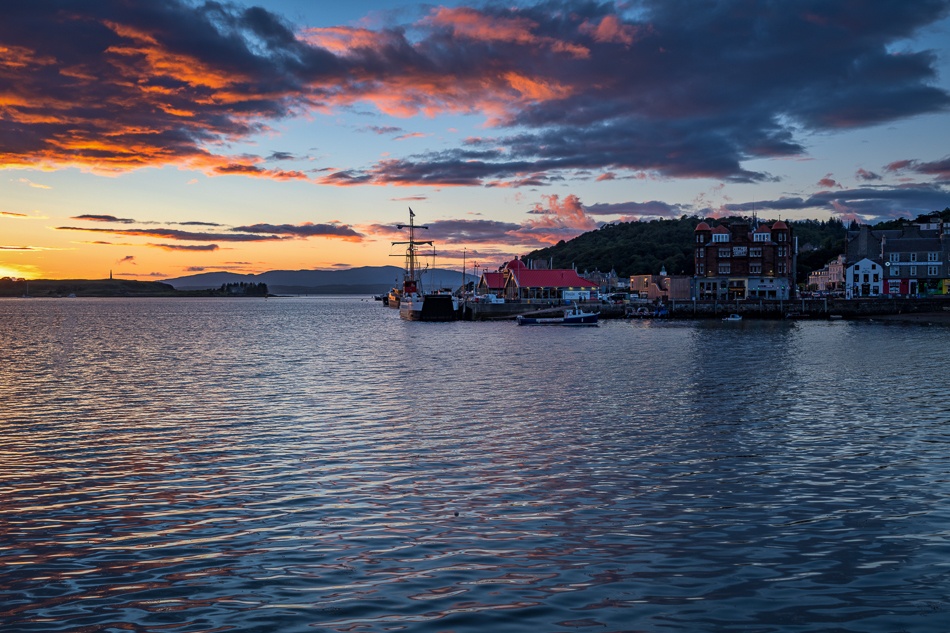 The night before departure 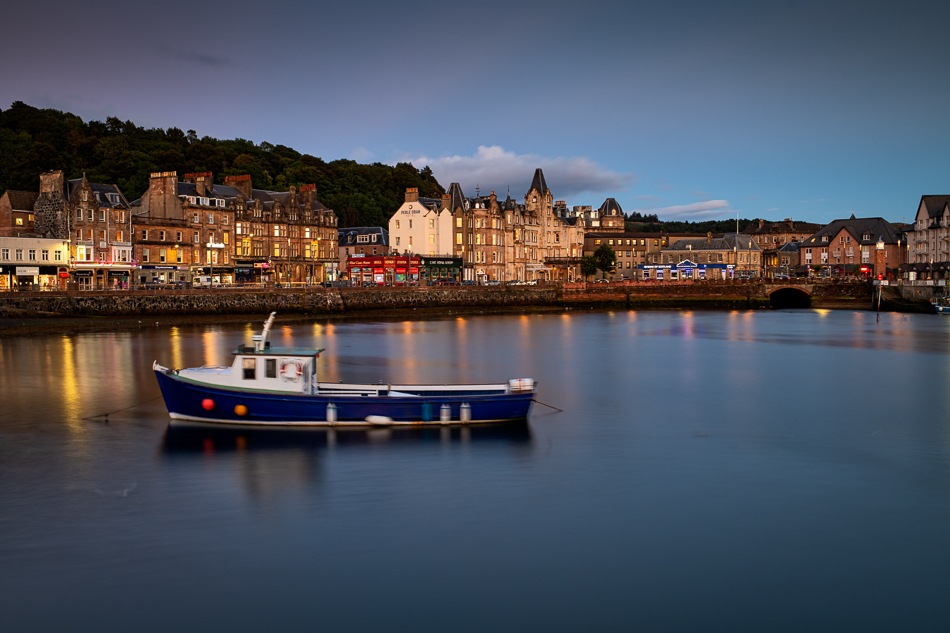 Muck was the first destination, the scenery was magical, the bird life abundant, as you can imagine capturing flying birds on a moving vessel is not the easiest task but I did manage to get a Garnet diving. 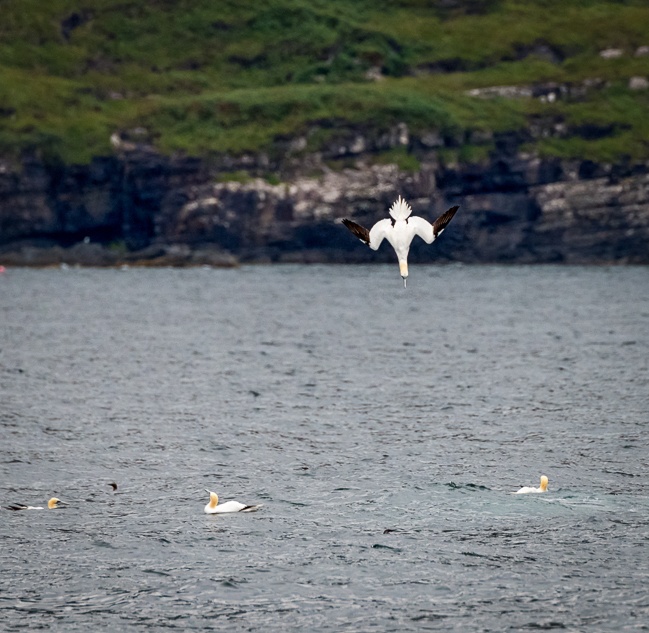 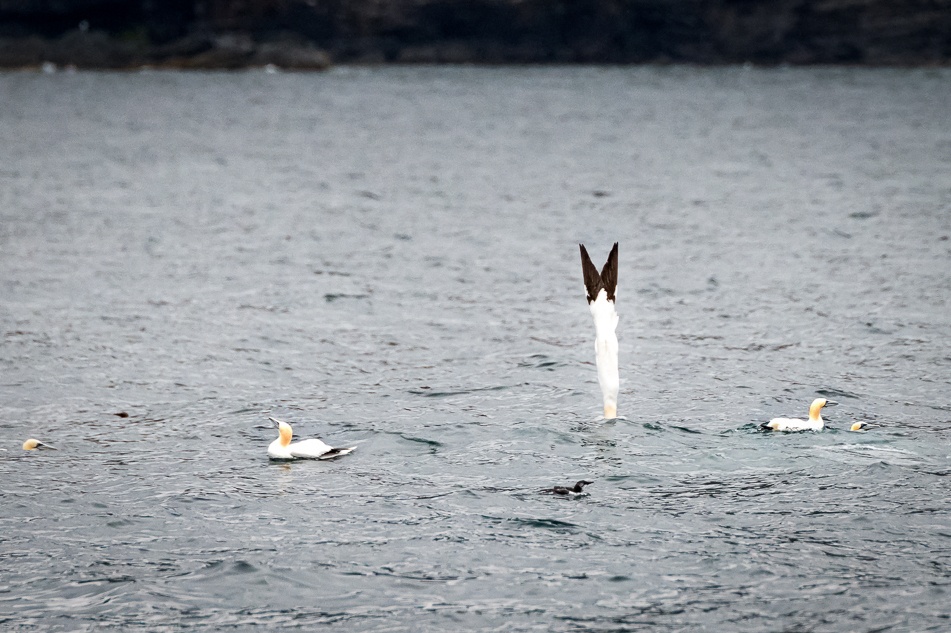 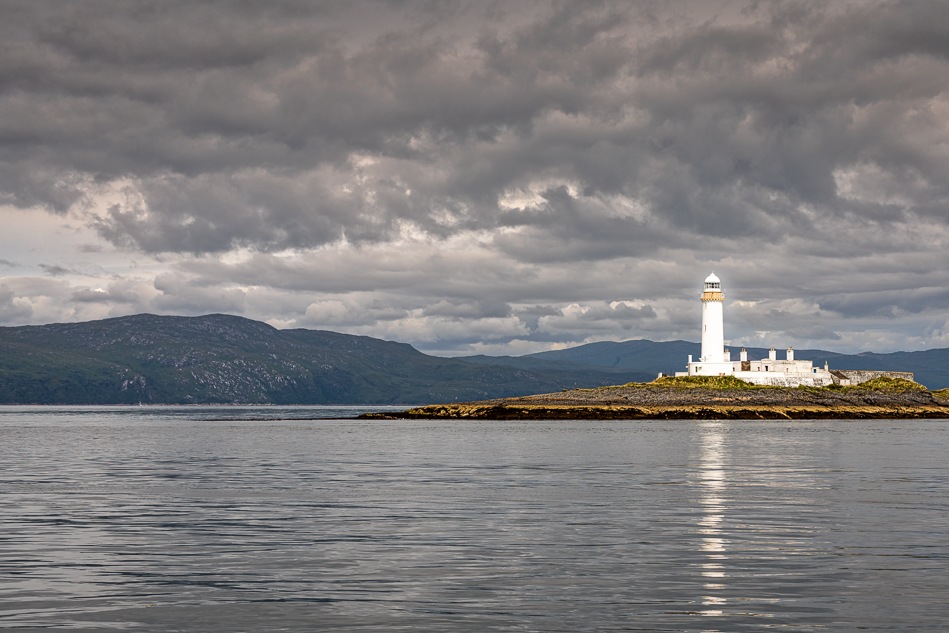 One of the many lighthouses on the way to the Isle of Muck bathed in soft afternoon light.

The mid afternoon light is so special and soft, something we rarely get in Australia except around golden hour, the stroll over rough tracks makes you appreciate how harsh life would have been in this region before motor vehicles. 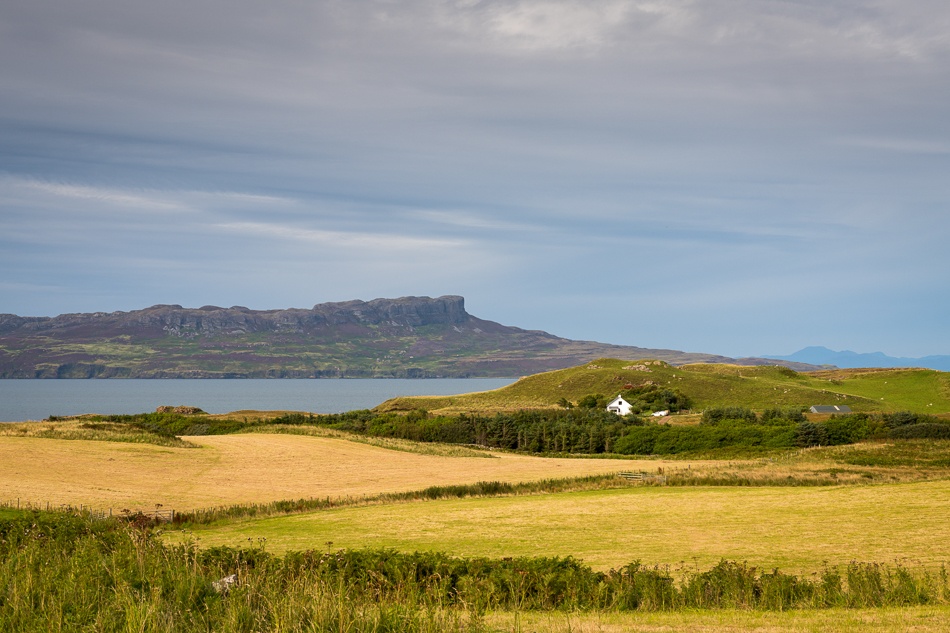 Scene from our stroll around isle of Muck 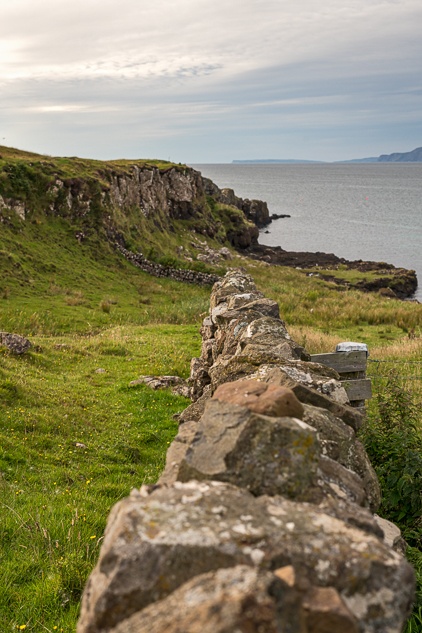 Scene from our stroll around isle of Muck

Our itinerary was subject of course to weather and the sea conditions, we were all looking forward to seeing the far isle of St Kilda. We later found out St Kilda only has about 7,000 visitors per year. The journey was interesting the skipper Iain told us later the seas were around Force 8, I’m not exactly sure what that means other than we rocked and rolled for about 7 hours. Our breakfast and lunch was served in a cup, porridge in a cup was certainly not the standard fare on Splendour. No photos as it was impossible. 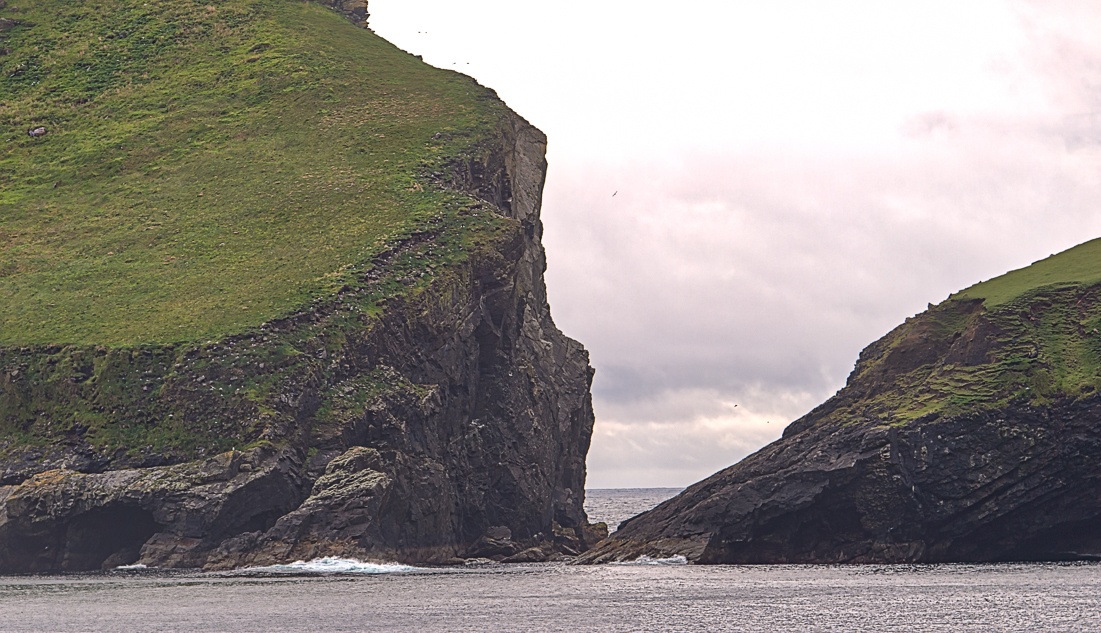 The rugged outcrops of St Kilda

The plan once ashore was to walk up to a ridge where you could get a better view, but the weather was unkind and soon the peaks were shrouded in mist, we had to be contented to explore the old ruins and original houses.

Numerous sighting of whales, sharks and dolphins were made almost on a daily basis, we were also blessed to see Golden Eagles, no shots unfortunately. We dearly wanted to see Puffins on land but were too late in the season. However the boat was surrounded by puffins dancing through the swells as we approached St Kilda. 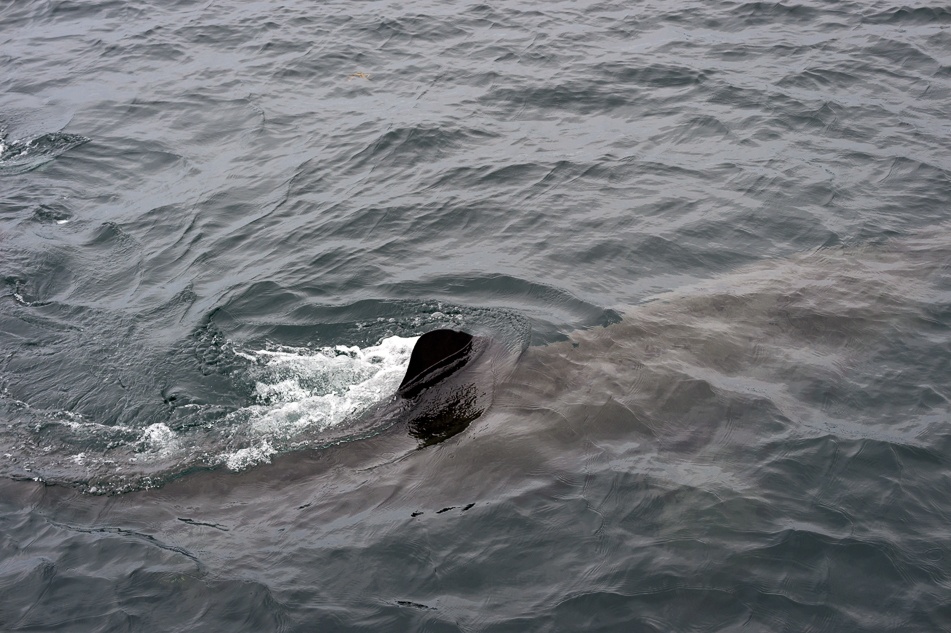 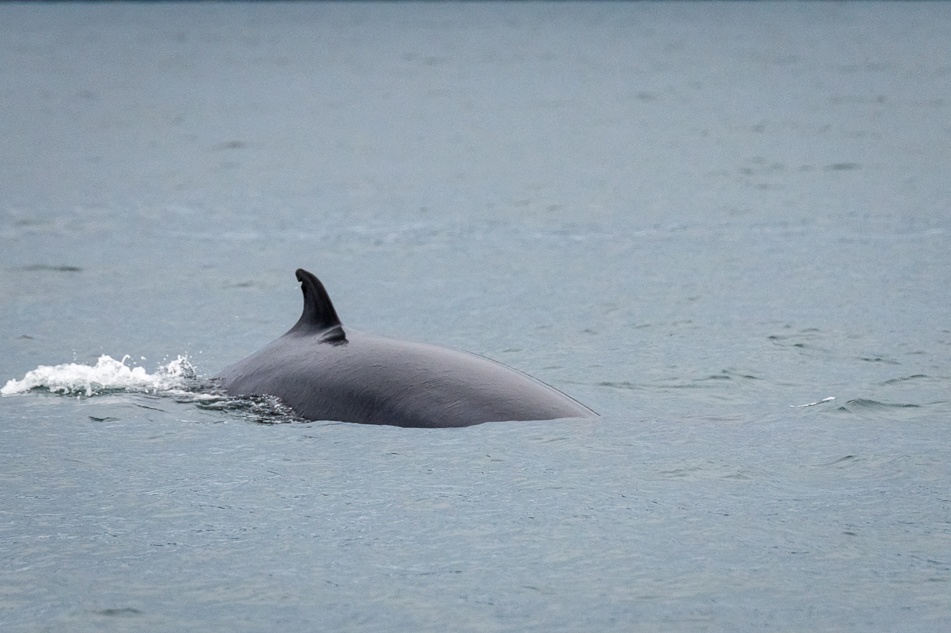 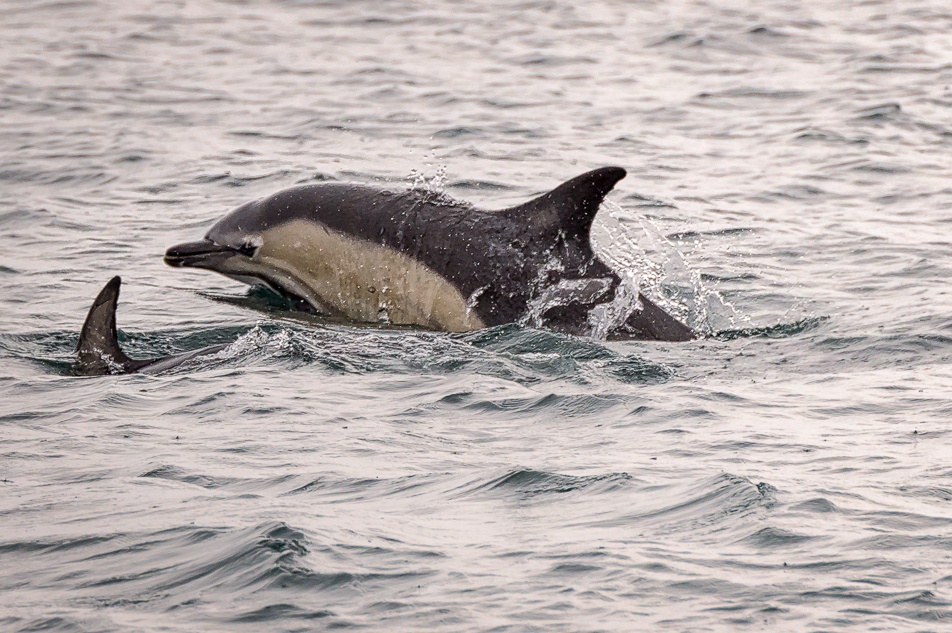 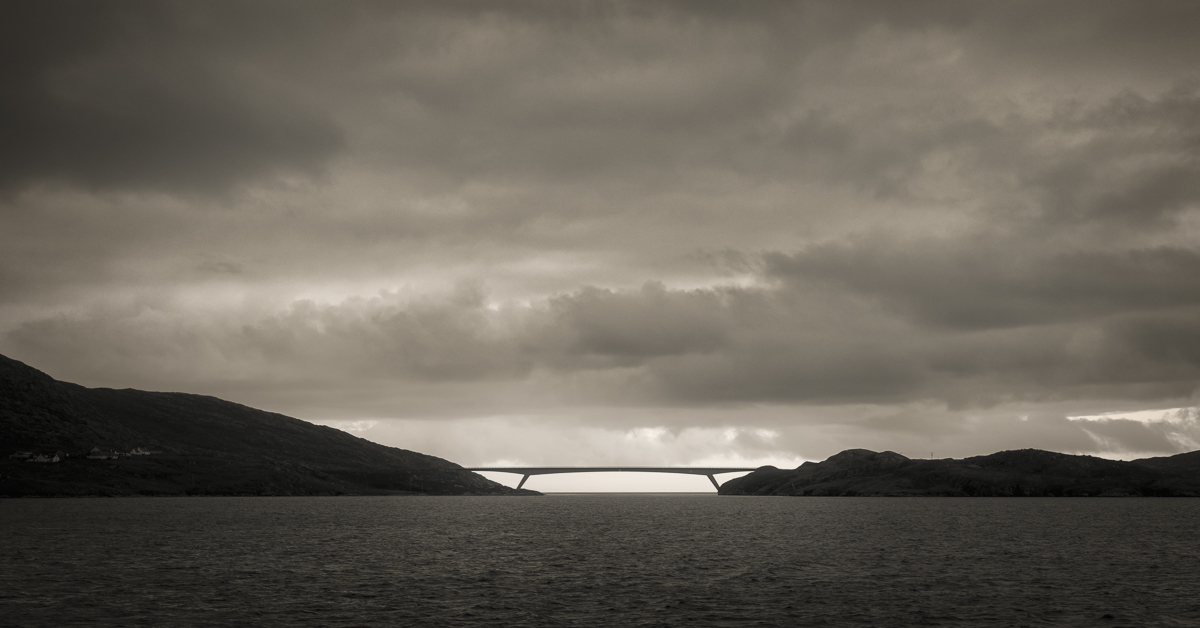 Capturing colourful sunsets hand-held on a boat even at anchor is a challenge, normally I use a tripod and either 3 or 4 stop ND grad filter. But I had to be content with handheld during this trip. 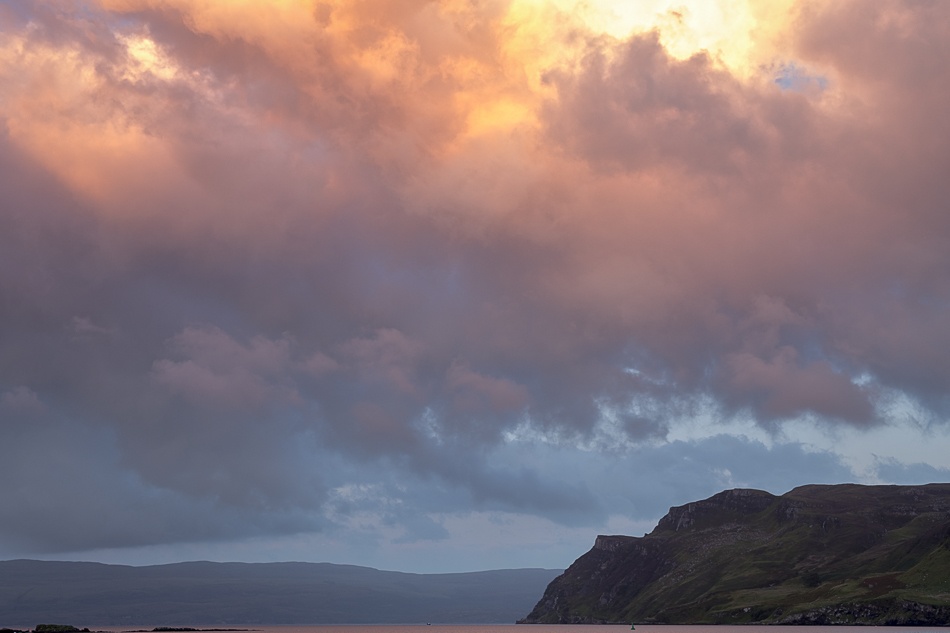 Shore leave was also good, this happened most days, walking around these quaint villages was a great way to stretch the legs, talking of legs mine kept making we sway while on land. The bright vibrant colours of Portree. 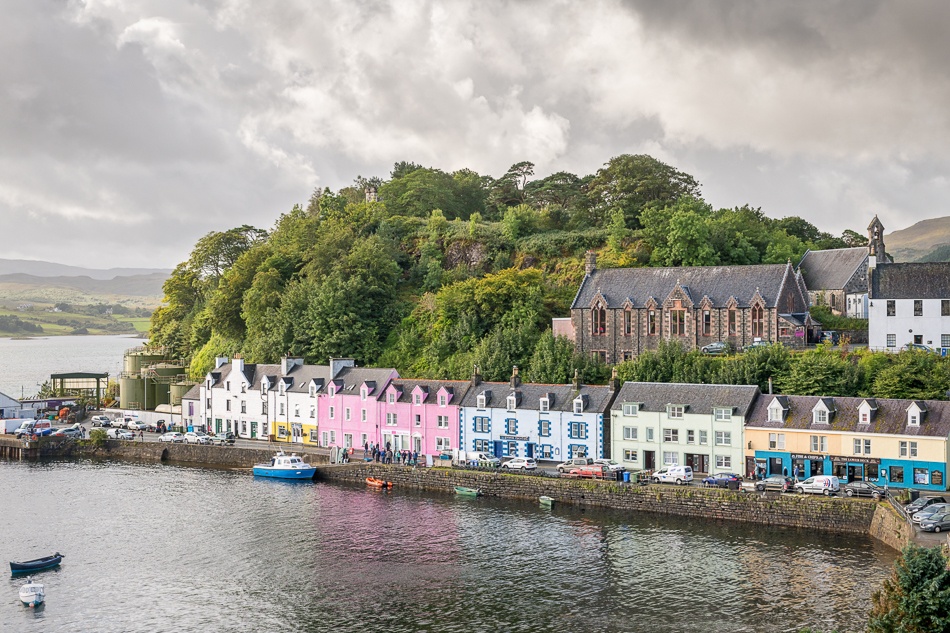 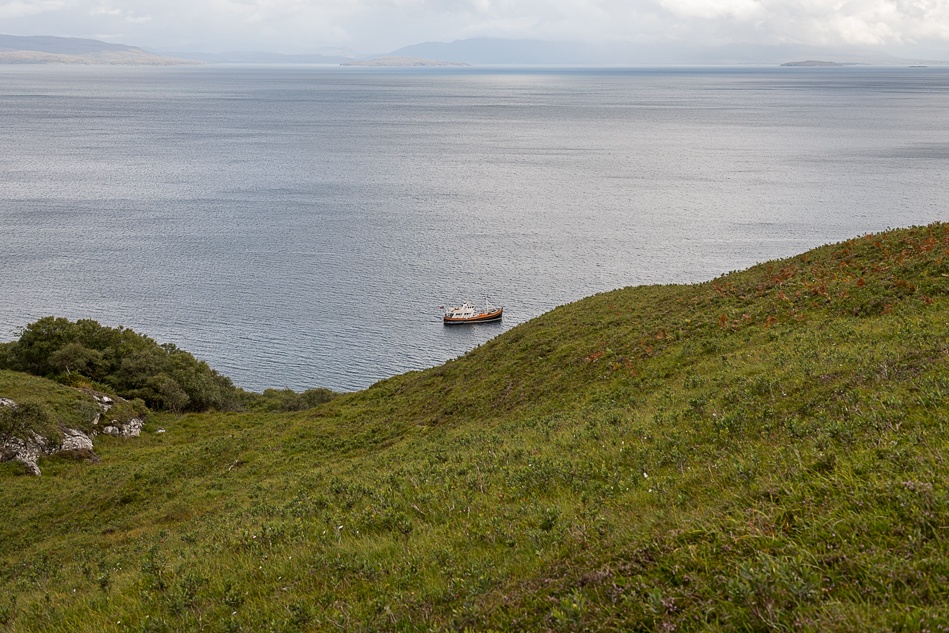 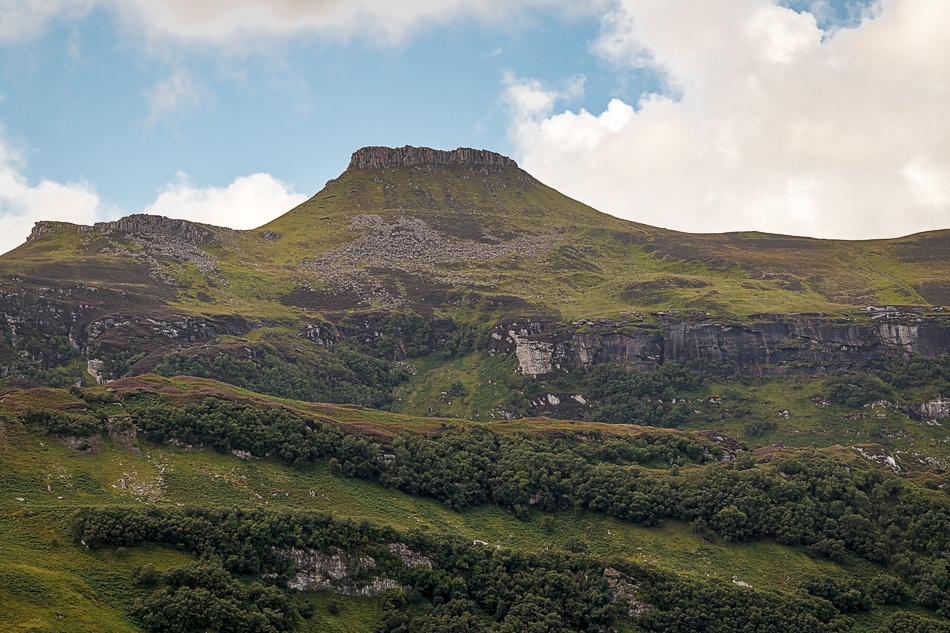 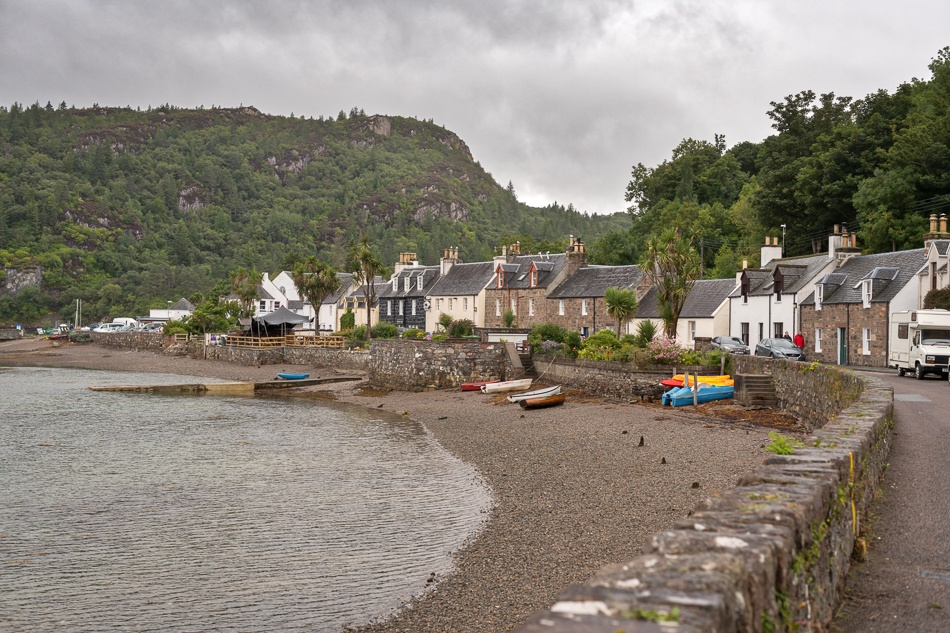 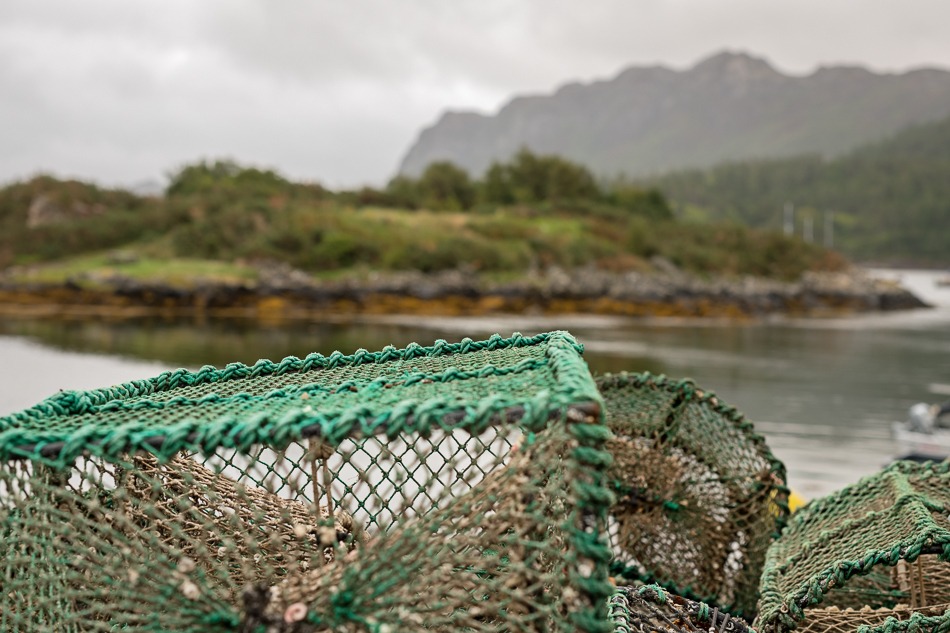 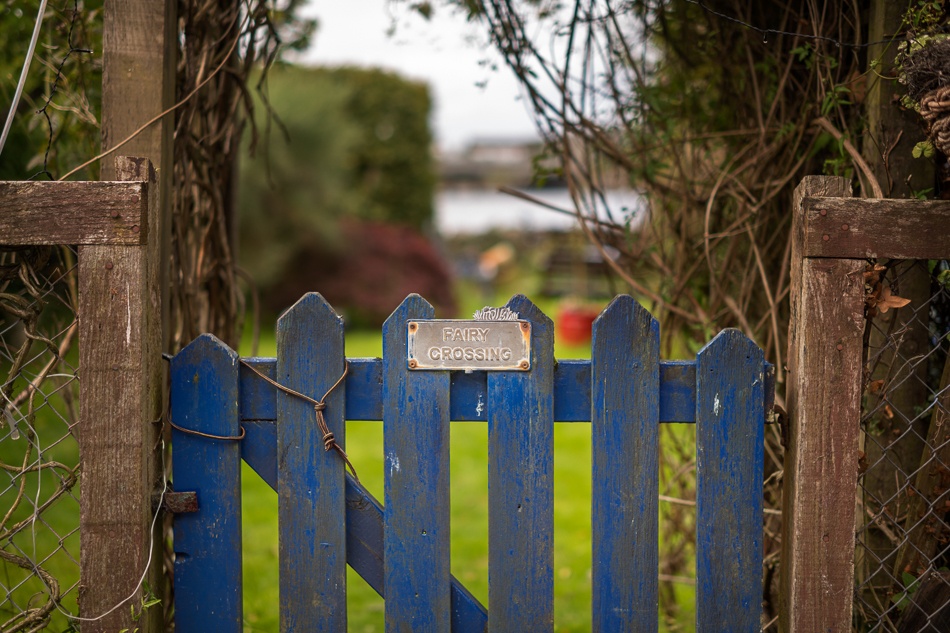 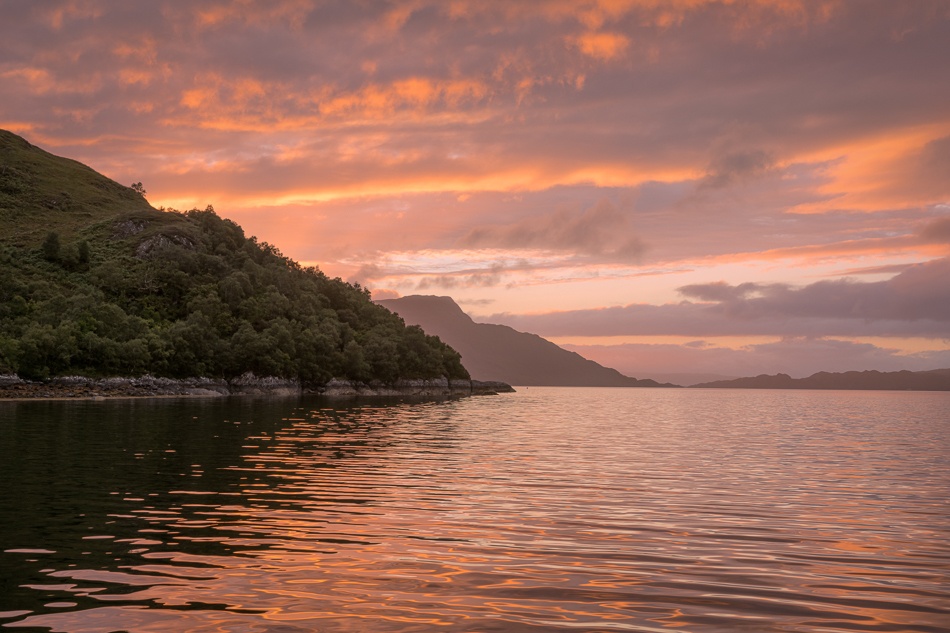 Loch Nevis was a place that both Anne and I fell in love with, the rugged landscape and the majestic isle with late night/early morning light and stillness was something to behold. Walking on shore it was plain to see that the locals have always led a hard life. 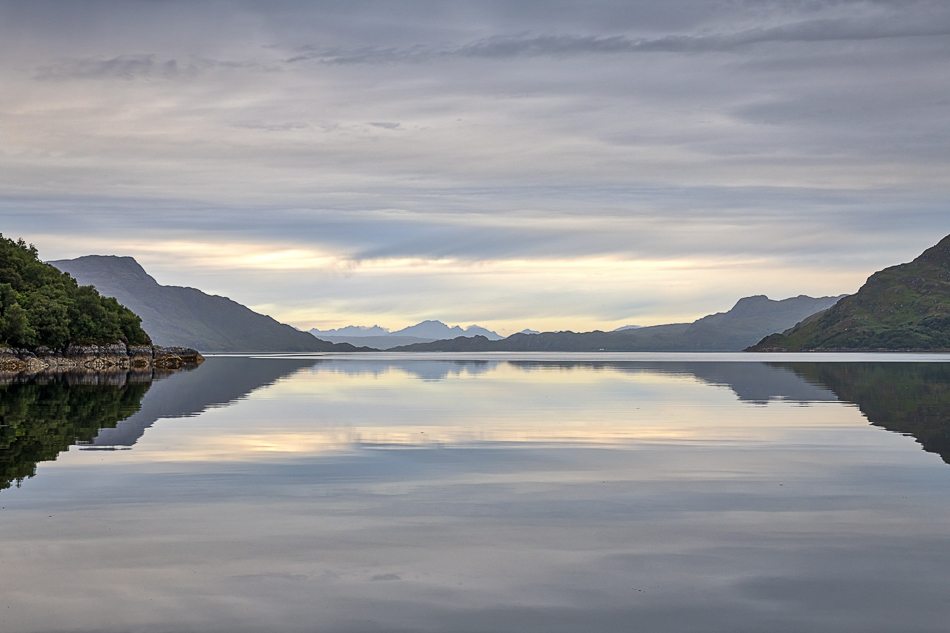 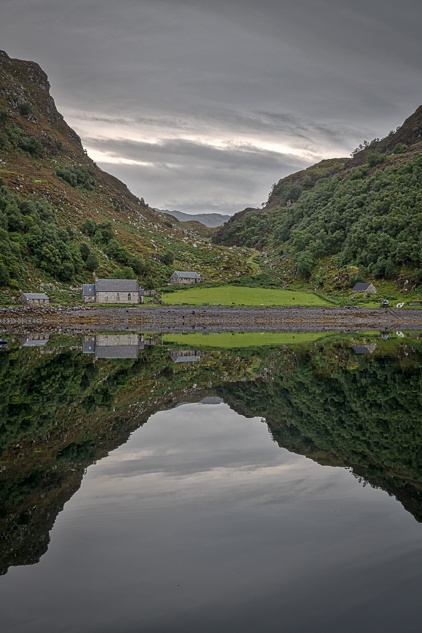 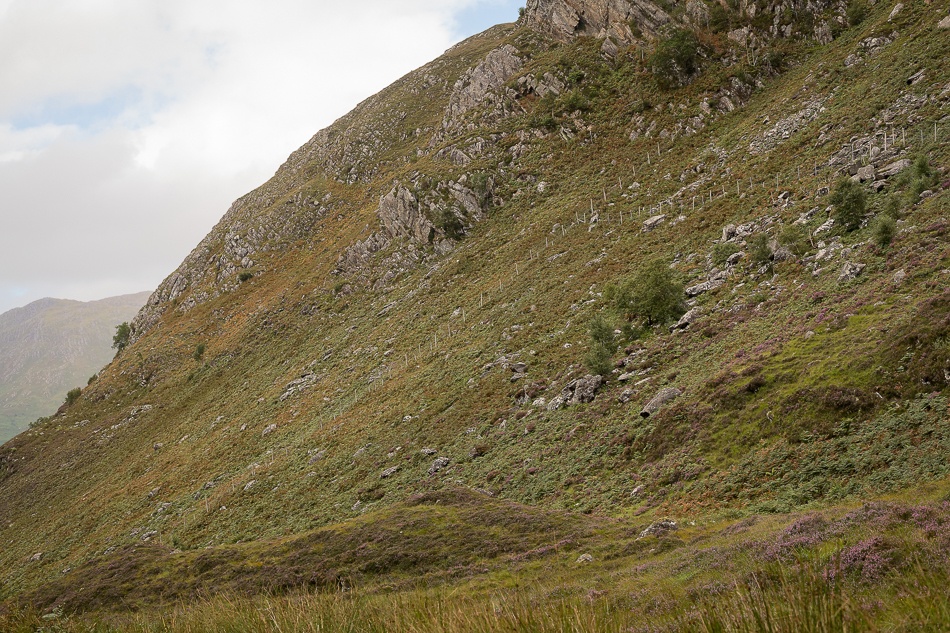 Loch Nevis take note of the fence lines, not a job I’d start or want to finish 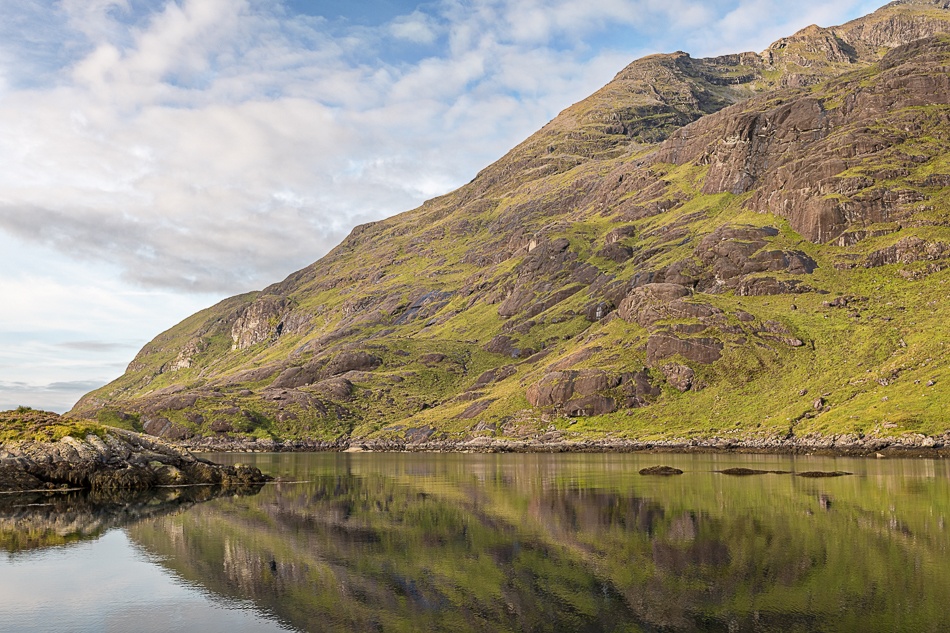 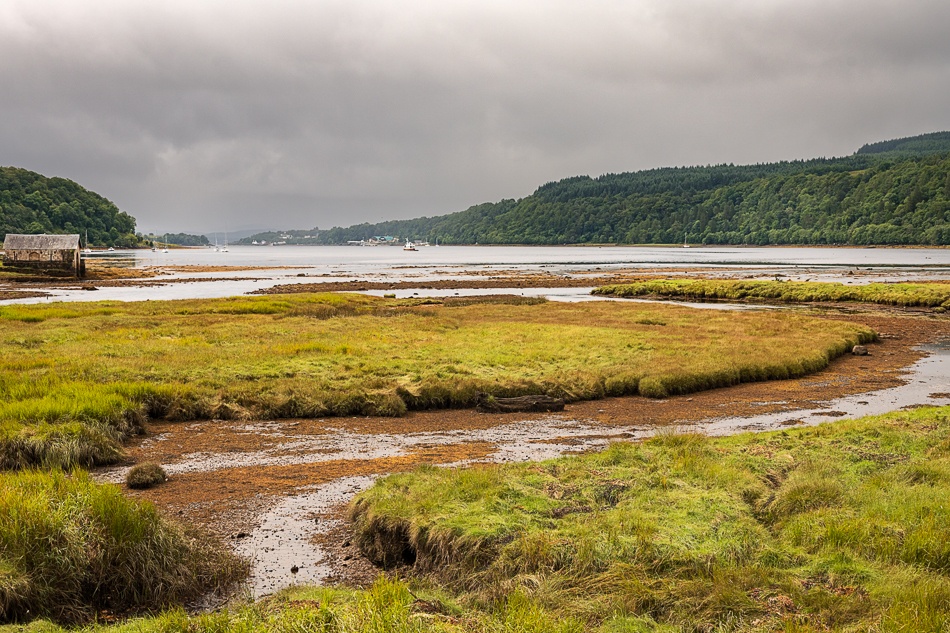 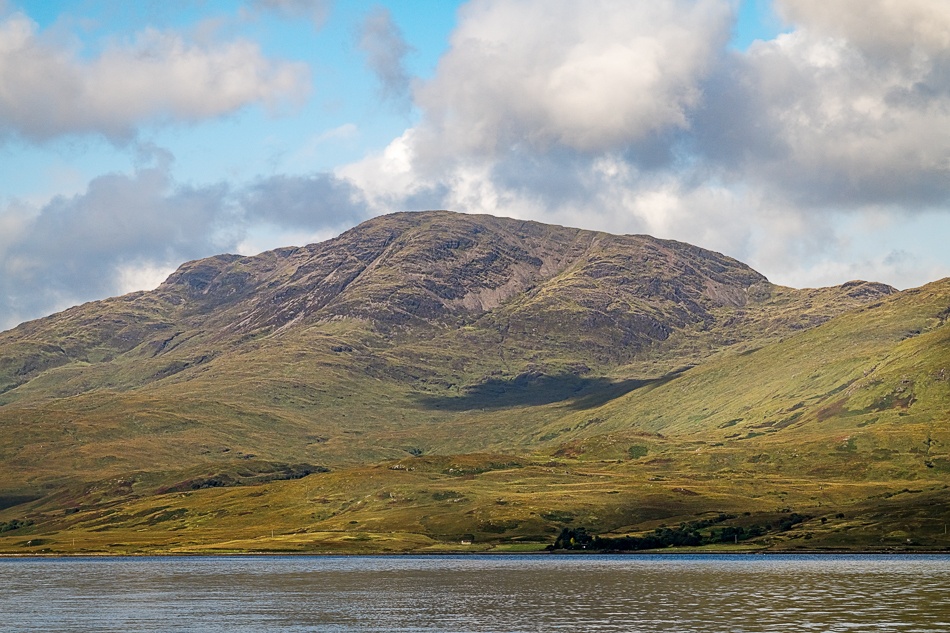 This two-week cruise has inspired Anne and I to return to Scotland and the Isles for another boat trip and a road trip in the future. From a photography point of view a road trip will make it easier I hope to capture images of this extremely picturesque part of the world and home of some of my forefathers.

Previous Post #773. The more the merrier at Photokina, or, in this case, der weirder, der better! Next Post #775. Does collecting art make you a better photographer?