#763. Standing the market on its head

Market wisdom has it that good (photographic) investment is in glass.

This is how this works: with film cameras, the camera itself has little influence on the end result. The film and the glass do. So get yourself a camera, keep it forever, and spend money on glass. The resulting business model for manufacturers is this: make desirable (long-lasting) cameras, do what you have to do to snare customers, and then keep them for life, making money on subsequent glass purchases. Like razors and razor blades, except glass isn’t disposable (but it can be shelved…)

Now comes digital. Cameras improve (and age) rapidly, so the idea of keeping your camera forever is deader than a dead duck. Meanwhile glass remains pretty much the same. Except of course that camera resolution keeps increasing, and not all “old glass” deliver enough information to feed sensors that will soon break the 50Mp barrier for full-frame.

Fact is, as laid out by Pascal in his post…, camera bodies are now the most important single link in the IQ chain. So the old industry adage should be put to pasture and replaced with “keep your glass forever, and keep upgrading your bodies”.

This of course means that consumer and manufacturer strategies need to change, and much that was accepted wisdom needs to be eschewed.

Consumers need (if they are rational, that is, which is sometimes a big “if”) to not just buy a camera, but buy into a system, because they will be essentially stuck with it for a number of years, as they upgrade. They should also buy glass (the lasting investment, but for opposite reasons to those that prevailed in the earlier paradigm) that allows them to switch camera brands if possible. And when choosing to enter a market segment, figure out how much upgrading to the newer body (even if you skip one generation or two) is going to cost.

Manufacturers need to make money not on subsequent glass sales but on body upgrades, which means as rapid innovation as possible (real, or maketing-hyped). And make it easy for consumers to buy lots of glass, because that is how they stay glued to your system.

Who do just that? Sony. Why? Because that ist typical of market cycles in the industries where they operate, so it is in their DNA.

Who do just the opposite? Canikon. One case in point. While the Nikon Z incorporates a lot of the market’s present set of best features, including a short flange distance that enables use of many third-party lenses, Nikon keep the mount specs to themselves, requiring third-party vendors to reverse-engineer the mount, with all the work, imperfections and questions marks over long-term compatibility this entails. And the Z incorporates no innovation. A good-to-very-good execution of present state-of-the-art (once we have productions cameras to really evaluate), quite possibly. But no more.

Whereas the Sony mount is open to any and all lens manufacturers. And, if I were to bet on who will introduce the next generation of bodies, I wouldn’t exactly bet on Nikon. And, let’s be fait, no-one expects Canon to be the one to do that, as they have yet to join the bandwagon, and innovating from the caboose is a rare and difficult exercise.

I rest my case. But Pascal won’t let it rest, so….

No, I’m not hijacking this post, as Philippe is implying with barely hidden mockery. It was meant as two-part thing from the beginning, true dat.

So. I couldn’t agree more with what Philippe has just written. Gospel. But it’s hard to fully agree with the state of the market this approach has taken us to.

For one thing, innovations don’t just happen because a team committed to create one. Successful innovations stick around because the market was waiting for them. The time was right, the need was there. Create Facebook in 1990 and it probably flops in ten weeks. We, as GAS-riddled photographers may be a jittery bunch, we still don’t need a revolutionary product to turn our world upside down every 6 months. Think back on real innovations in photography in the past 20 years :

Not much else I can think of. Real innovation is hard. It requires thinking differently AND meeting a need. This doesn’t happen as often as manufacturers would like us to change our camera bodies.

Secondly (consequently) the “force-fed tech improvement” strategy we’ve been witnessing over the past years seems to be hitting a ceiling. It has produced some significant improvements and others which (I feel) really don’t do photography much of a service. To my mind, there are two types :

Case in point #1: autofocus. It’s no secret I’m not a big fan of autofocus. Mainly because, on the face of it, autofocus has been really unpleasant up to a very recent date. Soooo many photos were sharp in all the wrong places … correcting that required playing with some horrid joystick or similar torture device. Crimes against your creativity. But that’s no longer the case. The AF on some of the latest cameras is so good you can actually forget about it and focus your attention on composition and lighting. Although not a recent innovation, AF does feel like a mature technology that can actually help everyone along in extremely varied conditions. Thumbs up.

Case in point #2: high frames per second. Again, not a big fan, personally, but I totally get why others might be. The obvious candidate being the sports or wildlife photographer. A less obvious one being the landscape photographer wanting to freeze 20 frames to later average them or perform some other noise-reducing or res-increasing magic. The downside is the 90% other photographers lulled by the specs and tricked into believing they will freeze the perfect moment of their toddler running about just thanks to the camera. Spray and pray. Ain’t. Gonna. Happen. You’ll only make great pics of your kids if you compose, think ahead and … well … act like a photographer. Neutral.

Case in point #3 : video.  Negatives : It adds buttons which are either a pain to stills photographers or an insult to videographers. It adds gibberish to the menu system that (in my gear at least) really doesn’t need it. It feeds into the “higher specs means prettier results” collective lie.  Positives : It makes a single camera very versatile. I get that. But let’s think about who needs top-notch still AND top-notch video. On medium range cameras for vloggers, totally (also, may I remind you you have a phone in your pocket that’s really good for the occasional video). But, is it too much to ask to get rid of it on a specialist high-end stills camera? To me a very revealing video shows the Northrups reacting to accusations that they are on the Canon payroll. They promptly explain they personally use Nikon, Sony and film their videos using Black Magic gear. Whenever possible, a specialist will use specialist gear.

Case in point #4: High ISO. So many positives, I won’t get into them. Negative ? What happened to low ISO ? The deliberate ignorance that *many* stills photographer *want* to shoot at slow speeds is only justified by wanting to feed the specs list high numbers, at the expense of forcing a category of photographers out of their usual process. Booh. And kudos for Nikon for giving us ISO 64. Who’ll have the balls to give us ISO 25, even if that means limiting the top end ? 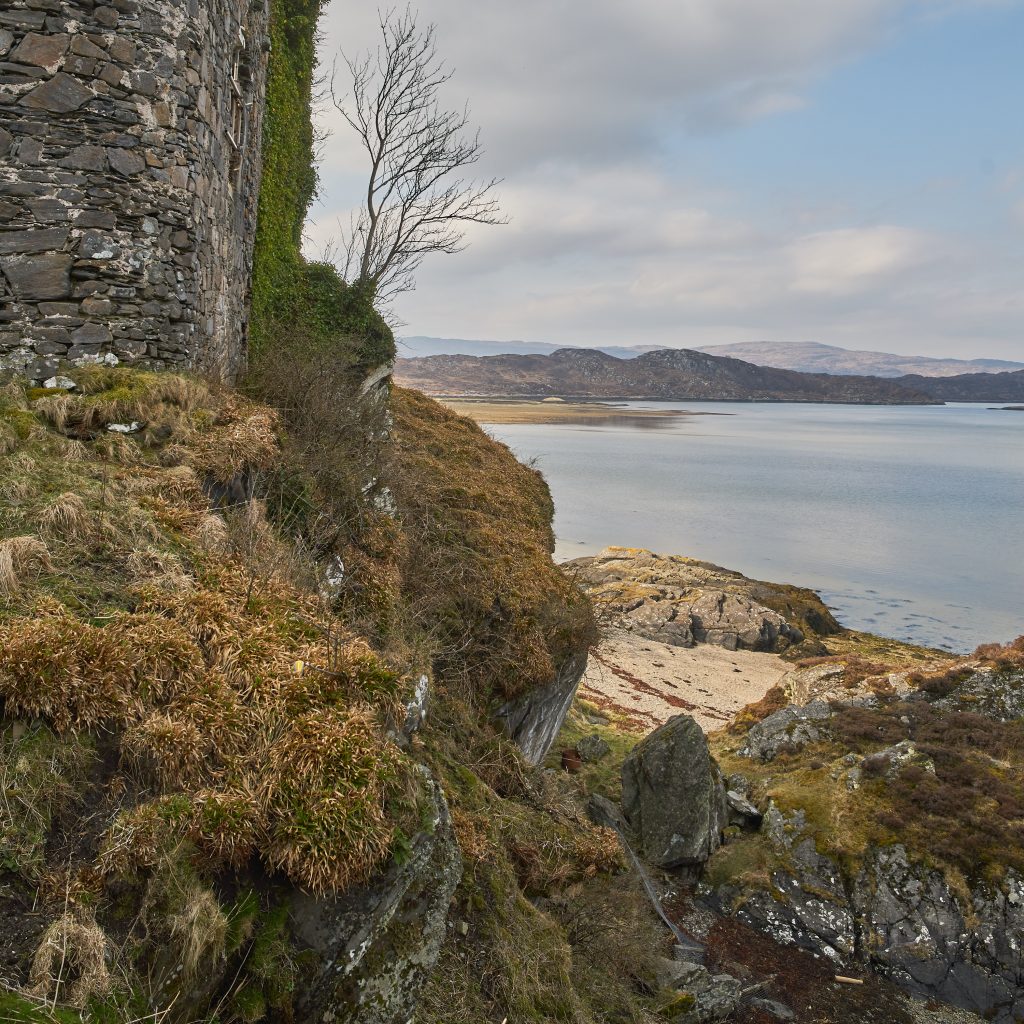 To be really honest, I’m personally happy to have access to high-resolution, high ISO and other stuff I don’t really need. But , given the breadth of shooting scenarios manufacturers are now addressing with a single camera, the R&D research is being diluted in so many different directions that no one is entirely satisfied at each iteration. The jump from A7r2 to A7r3 introduced a ton of new stuff, but diluted over too many different shooting scenarios. How many A7r2 owners upgraded? Not very many that I know of.

I’d rather see internal stitching, GPS, and better colour science than new codecs on a new camera. Most likely, it’s the exact opposite for video shooters. So, much like with phones, we now tend to skip a generation or two between updates. The general disappointment at the Nikon Z7’s lack of innovative features just proves we are not completely satisfied with what we have, in spite of the astonishing levels of technical performance already at our disposal and of the fact that not 1% of us uses it to its full extent. The fast renewal strategy will have to look elsewhere for cash.

Thirdly, all of this has led to an increasing complexity of bodies and accompanying marketing. I mean, have you looked at the specs page of a camera, recently? Stay away from the buying game for 6 months and it’s like learning a new language when you return 😀 What this means is that the industry, as a whole, is appealing only to nerds and super alienating to the true target for photographic cameras: right-brained artists. The budding young artist will just find a film camera or some lomo thing to play with and will leave the big DSLR to old phogies. And the family dad will just buy any old compact that makes sense. The rest of the population ? Smartphones.

Also, ever noticed how there aren’t any women (or so very few) in our hobby? Ever wonder why?

Manufacturers are just shooting themselves so hard in the foot, it’s no wonder some are having difficulties standing up. Wanna stitch a pano? You scan your phone around the scene and get instant results. Or (if you’re really in search of quality) take a few shots side by side and the pano’s waiting for you when you come home. Wanna do that with a “serious” camera ? Well, I’m just too tired to describe the procedure.

I had to buy Lightroom for this and use 2 different apps. C1 doesn’t do sticthing. And LR’s Sony profiles are just bad. Ri-di-cu-lous.

So yes, the market has definitely switched from long-term body / accessory lens to something that’s converging towards the opposite, but many togs (myself included) are either :

Can we have that, please? Or, manufacturers, can you build cameras with options (higher buffer, faster processor …), like computer and car manufacturers have done since the middle ages ? We’ve actually got the money and really want to give it to you.