Just a few weeks ago, Cape Town was in real danger of becoming one of the world’s first major cities to run out of water. In several storage dams, the water level was nearing single digits; unrecoverable reserves, as the movement of water would stir up way too much silt and rubbish from the dam’s bottom.

Three months into our winter season, usually marked with measurable rainfall and many South Africans were staring to resort to prayer – seemingly the only way to stave off total drought.

But then, late June saw some significant downpours and now as September arrives, we’re beginning to wonder whether we’d be better off with webbed feet. The rain continues and dam levels have risen by an average of 50% already.

For the technically minded, I shot these images with a tripod mounted Fuji X-H1 and a 100-400 zoom. My manually chosen ISOs ran from 1000 to 400 as the daylight strengthened.

Shooting wave movement requires a fast shutter speed; somewhere between 1/350 and 1/500 works well – don’t underestimate these waves, they might be huge, but they move fast.

Aperture? F8 – f11 is critical to retaining any depth of focus, especially with a lens racked-out to an equivalent 600mm. 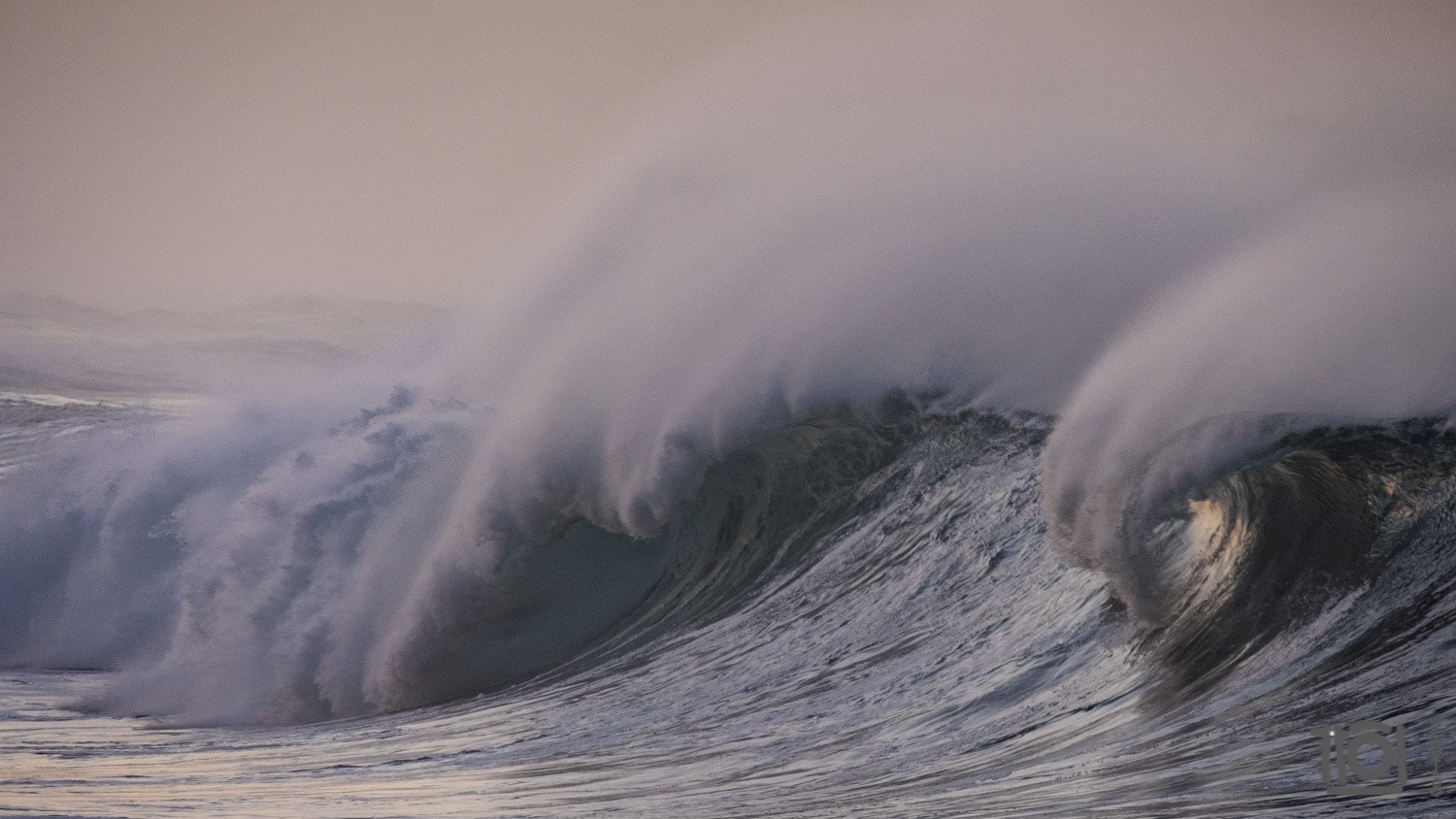 As far as post processing is concerned, the biggest challenge will be the rapidly changing White Balance. It starts very and appropriately cool and quickly warms, with the red/orange/yellow rich morning sun making more and more impact. It’s very easy to end up with photographs that look like they were shot in orange juice rather than the southern end of the Indian Ocean.

Black and white conversions can be useful, especially where the images have a limited colour range. I turned one of these pictures into black and white (shown below) and felt that the power and majesty of the moment was almost completely lost. Next time maybe?

Something else; cropping these images is very much a matter of personal taste and how much of the wave action your lens of choice will reveal in the finished photograph. I tend to use the standard 16:9 to accentuate the width of the image and avoid too much (usually empty) sky.

My other option is the cinematic 2.93:1 crop, which can be really useful when cropping images such as these. 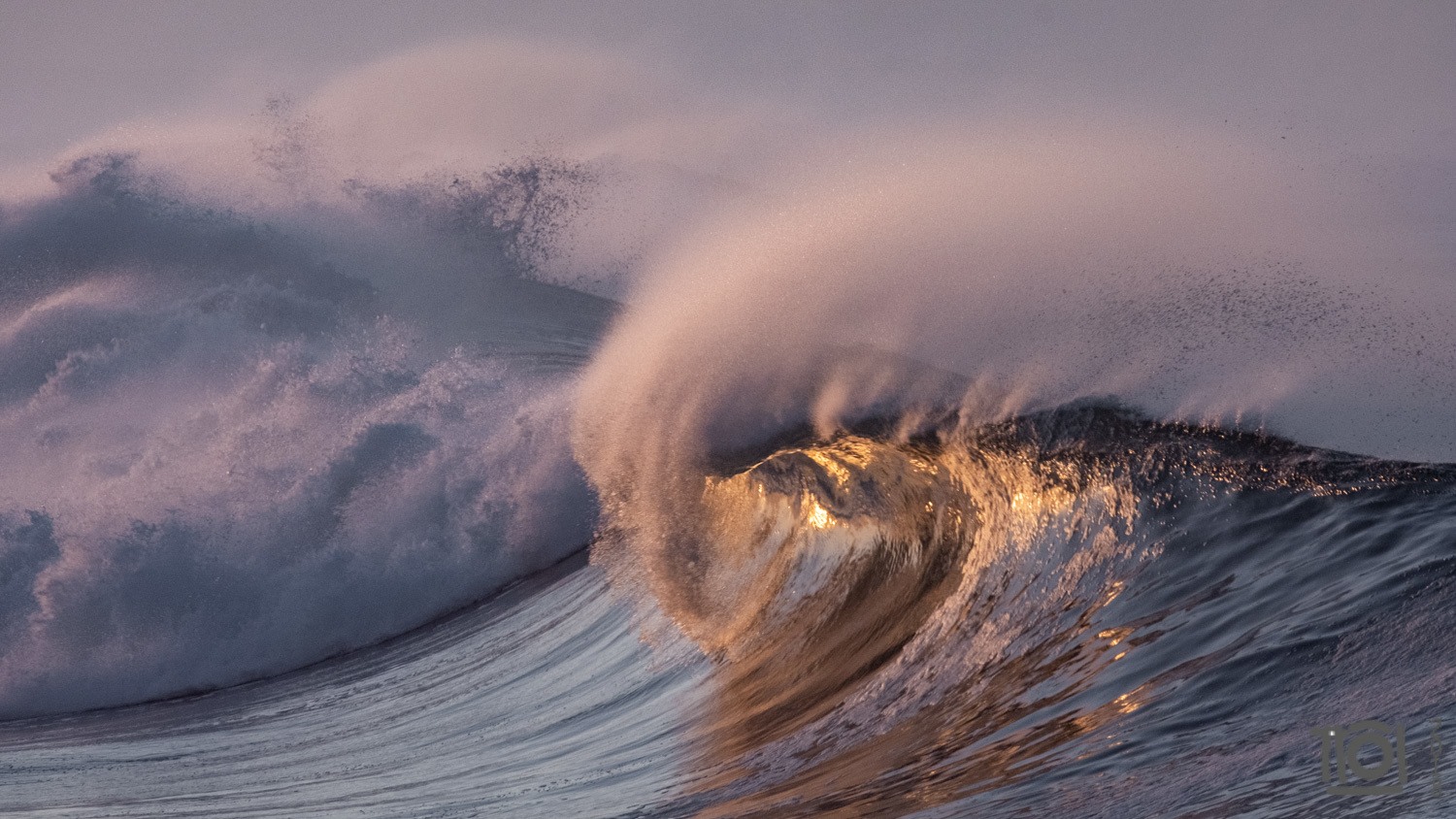 Wave photography is difficult; everything changes constantly. I’ve found that a good tripod is vital, especially one where the ball head’s movement can be dampened down to a viscid, treacle-like pan. And after thousands of attempts, my sole item of hard advice; hit the shutter button as your chosen wave crests. Wait too long and all you’ll get is too much reaction time and clouds of spray, often out of focus, or over exposed as the camera battles to cope with the white-out.

Oh yes. As if I needed to say this; these are elemental conditions, so set up as far from the water as you can. Too close and a moment’s distraction could easily see you – and your kit – soaked, or worse, you swimming for your life. 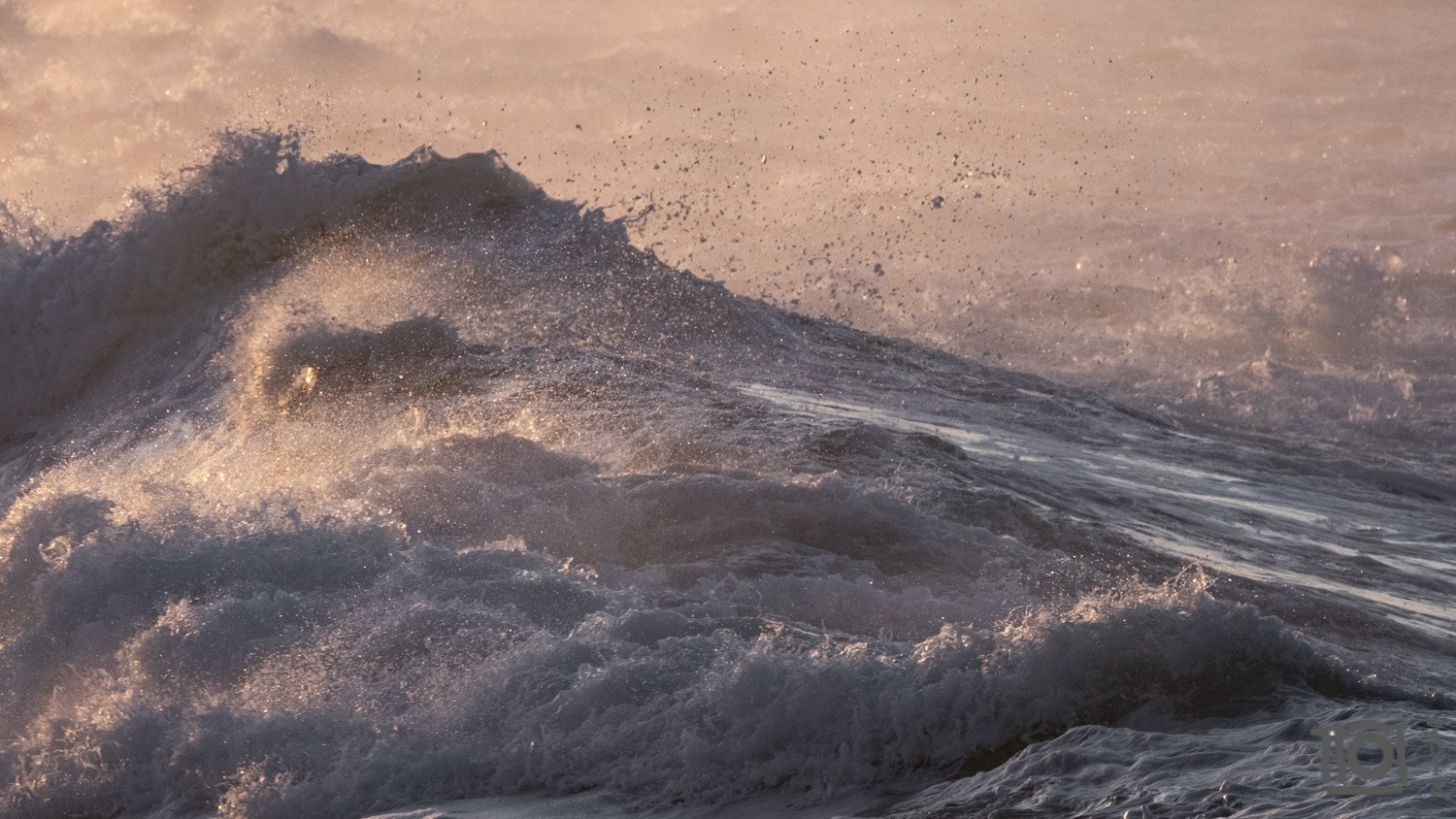 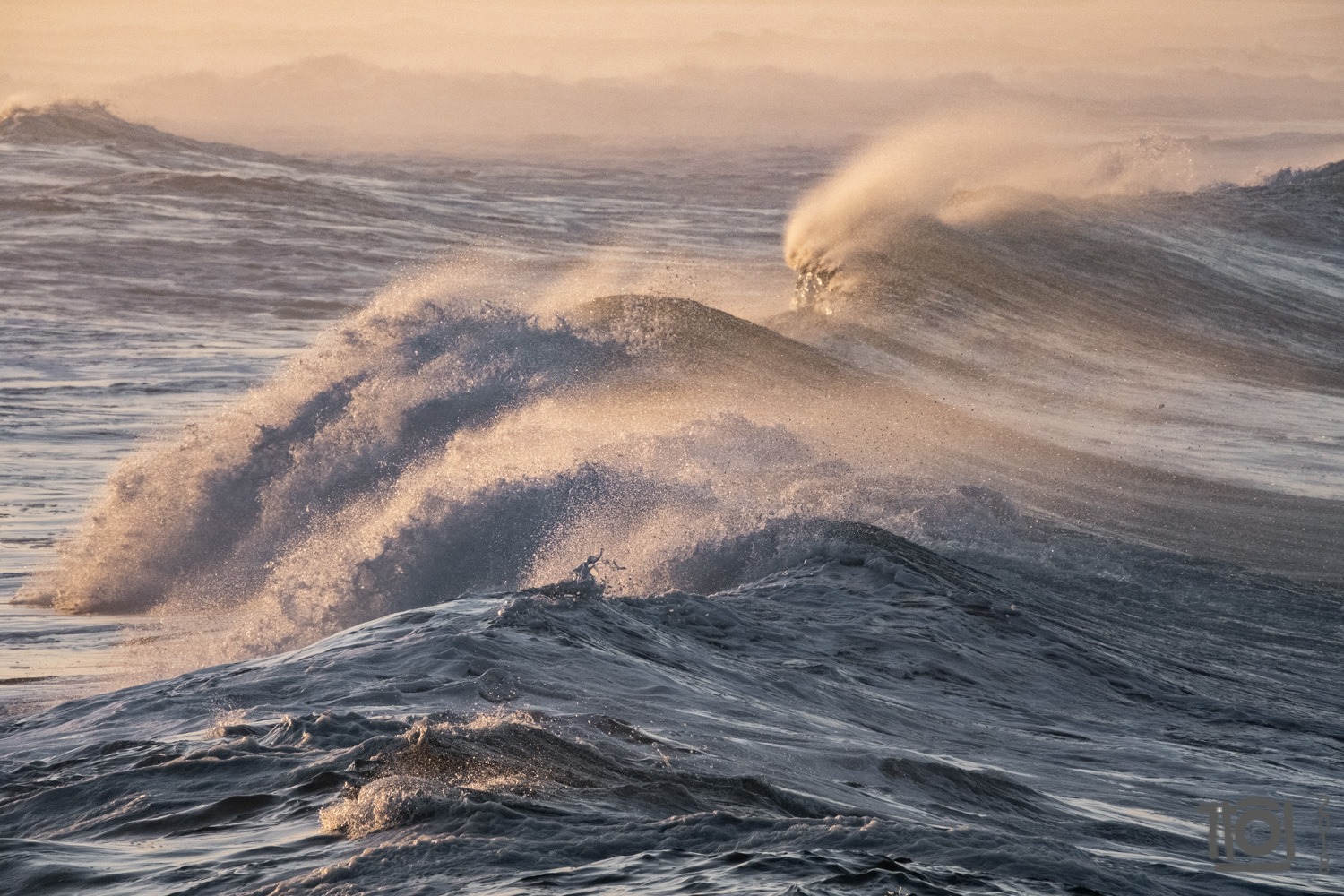 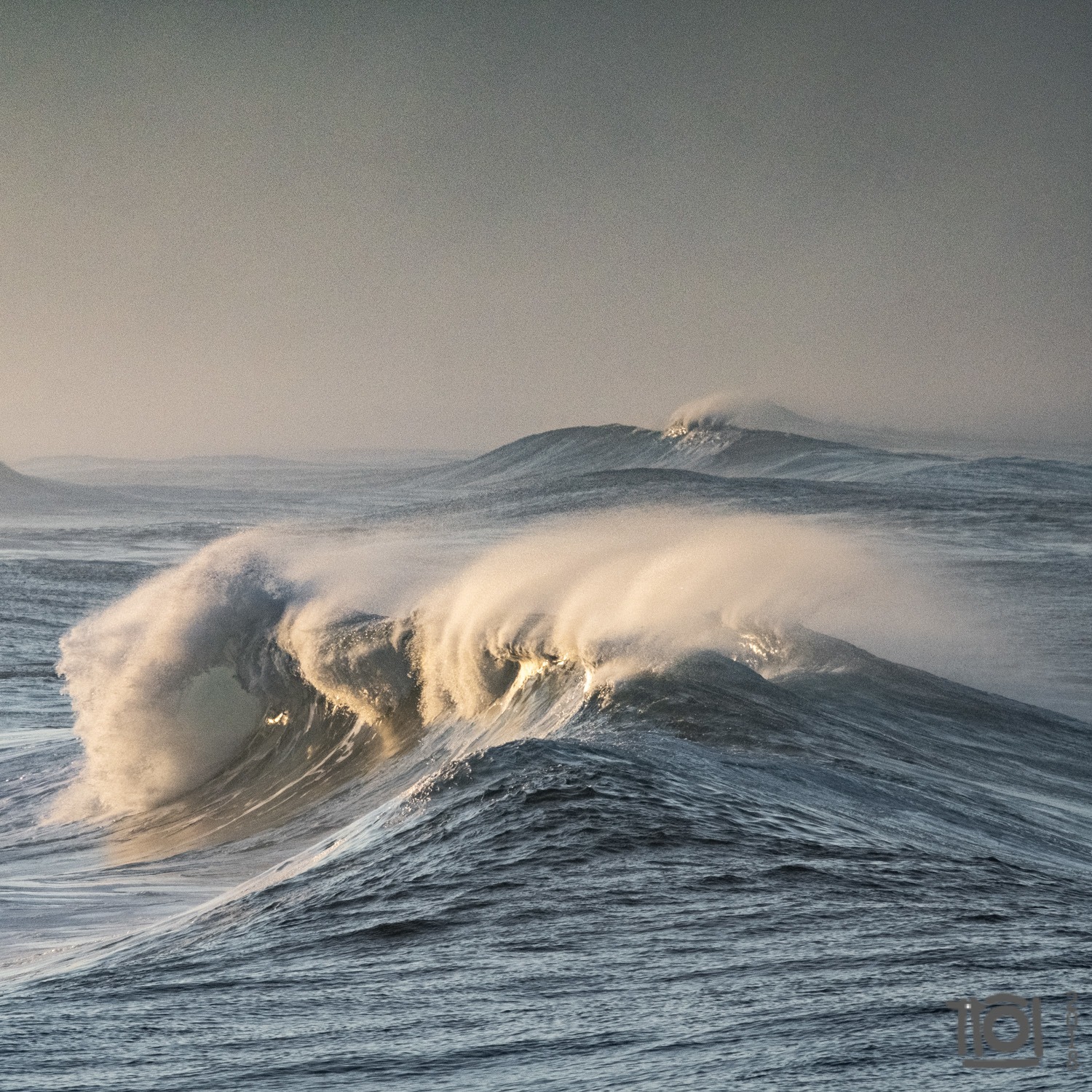 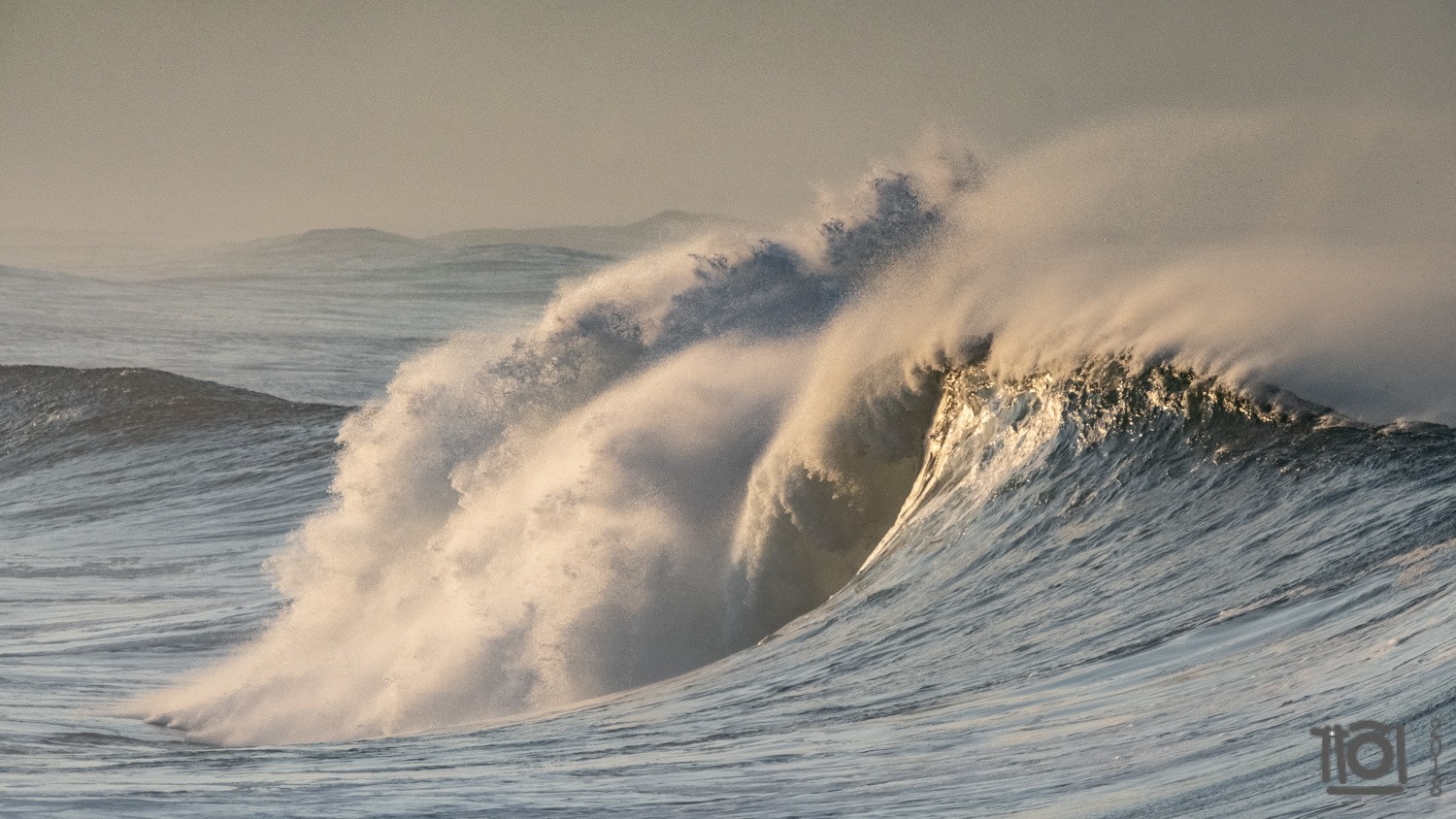 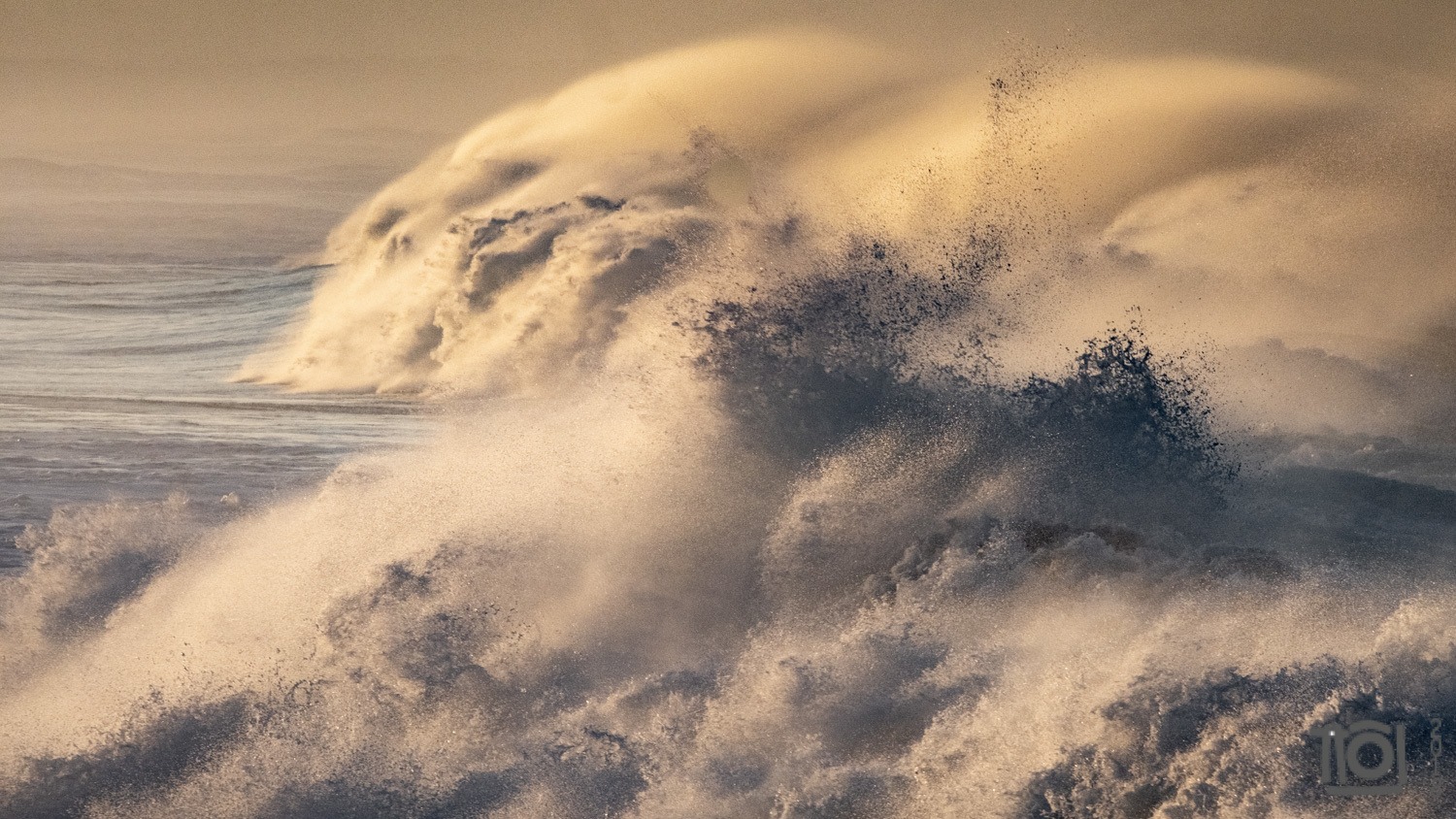