Long a once upon ago, film was the great equalizer. Your colour fidelity – or deliberate lack of -, your grain, your sensitivity to photonic vibes, your monochrome coolness … all of it came from film. It was a simpler time when larger was unequivocally better. Real men did it in Medium Format. Jedi did it in large format. And the film APS smaller-is-better initiative received the slap in the face it rightfully deserved.

Back then, negatives or slides that didn’t make it to the print stage still provided much enjoyment via an instrument now relegated to the wall of your proctologist’s office : the light table. And being deprived had its blessings. Anyone whose whole creative life had been contained in the 24x36mm rectangle of Barnack film was in for the treat of their life when their loupe suddenly fell on the silky surface of a significantly larger negative. 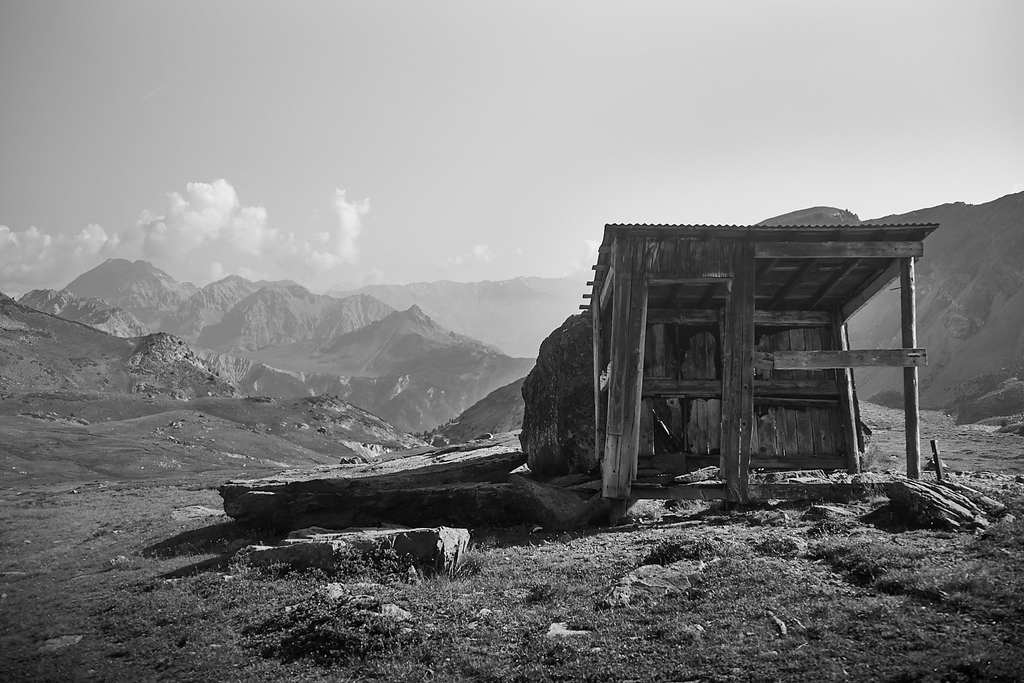 This happened to me at a turning point in my PhD. I was only 25 years old but already as bitterly allergic to office politics as I am today, and had decided to screw academic pursuits and find a job immediately after my dissertation rather than teach and do research, two occupations at which I was significantly better than anything I’ve ever done since, and than most others among my compadres of the time. But my tiny patience for fools and their court was always my nemesis. That big Fuck You step into penniless manhood also lead me to purchase a used Mamiya 7 and a couple of lenses, because if I was going to be broke, it might as well be in style. A Linhof Master Technika and a 150mm Schneider lens soon followed.

The fact that I couldn’t afford the film and processing was easily compensated by the mesmerizing beauty of the negatives from these two gems under a 10x loupe. I would stay up at night when the rest of the home had fallen asleep and peer through my Rodenstock loupe at the infinite amount of details, hues and shadings of my very limited collection of processed film. No movie was as exciting to me. I was also lucky that the microelectronics lab had recently purchased an electron-beam microscope and had given me unlimited access to their now redundant medium format chemical photo lab. So a few prints were made from these gorgeous monochrome jewels. Oh the perks … 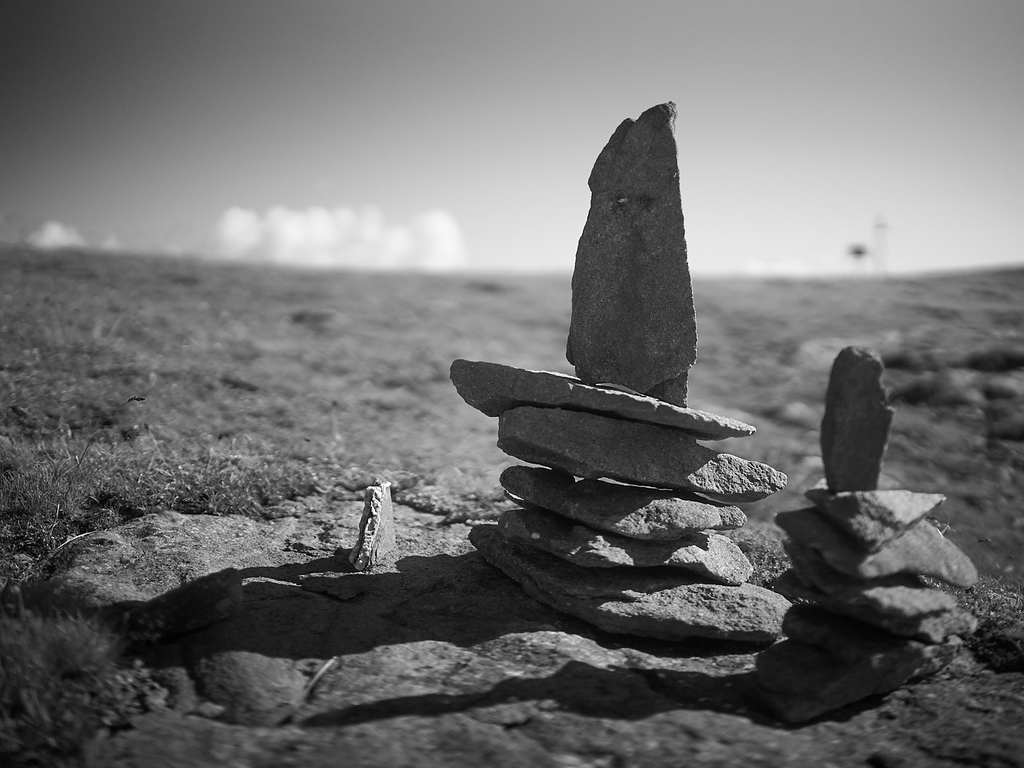 What this did to me, near-bankruptcy aside, was to engrave very deeply into my mind a special appreciation for quality over quantity. It didn’t matter if only one good photo was made in a month, so long as it was really good. It didn’t matter that the resolution of my Schneider lens wasn’t all that good, given the huge surface over which it distilled its goodness. Anyone who’s seen a masterfully produced 8×10 contact print knows what I mean. There’s just nothing like it.

It also gave me a lasting appreciation for ergonomics and an unhealthy lusting for soul in images.

Selling this to buy my first serious digital gear (Canon D60 with two white pro zooms, what was I thinking ?) brought me the closest I’ve ever been to full-on depression. Man, I hated that thing. And myself, for falling into that digital trap of free quantity over quality and for trading noble glass for those white utilitarian soulless pieces of junk (a point of view that’s made me few friends in Canon-centric fandom). Time moved on. Minolta, Olympus (especially Olympus), Nikon and Sony slowly rekindled my love of photography, although my constant brand switching was, and still is, proof that my fall from photographic Eden still hadn’t taken me to the Promised Land of digital.

Still, as meaningless bodies came and left Casa DS (if that sounds like a season of Californication, I have very much misled you), a few lenses stuck around, becoming the pivotal elements around which all my GAS hinged. A new body could not be elected if it didn’t work with my lenses of choice. At that particular game, the Sony A7 range soon became a fave. Some buy if for its megapixels, frame rate, high ISO sensitivity, codecs (I believe that’s a word) … I favour it for its short flange distance, which enables me to pick and choose the most fruity lenses from more or less any stable in the history of photography, with a particularly soft penchant for Mandler-era Leica and more recent Zeiss offerings (peaking with the very lovely Distagon 1.4/35 ZM). Sometimes, short is beautiful. 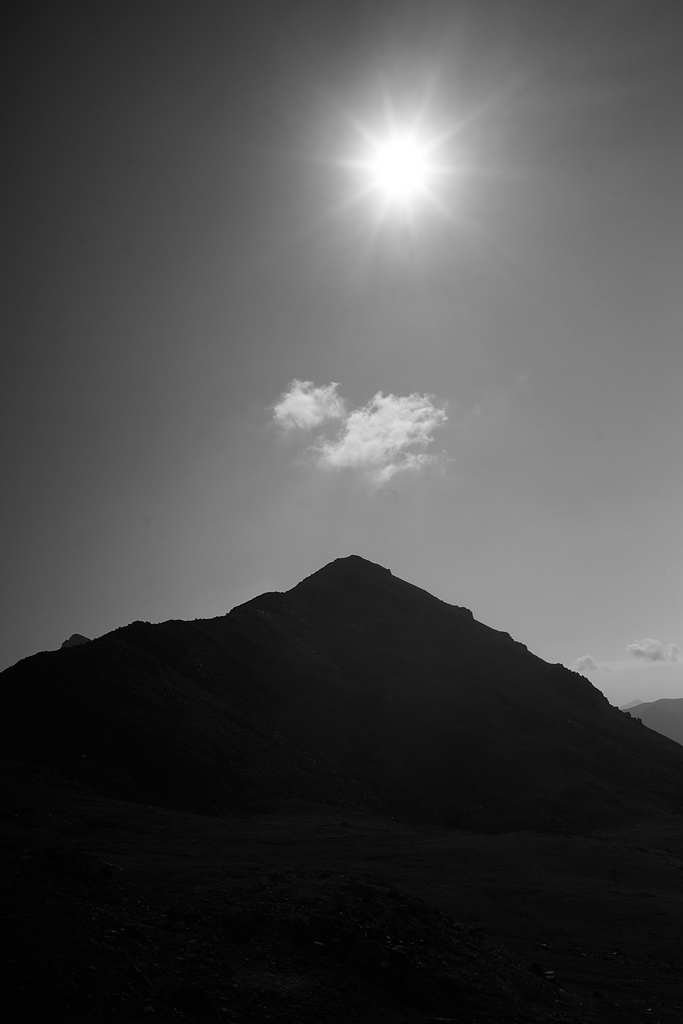 It makes perfect sense, to one in love with rendering and still reeling from the shock of film cost, to consider a camera as a sensor with a mechanical attachment for a lens. And nothing more.

Sensors strive for neutrality and, while we know some are larger than others, are divided into more pixels and exhibit generational differences in their technical prowess in low light and ability to follow puppies and kids with ADD, it’s fair to say that there isn’t a bad sensor on the market today (unless you insist on buying a crappy compact with sensor technology from ye ol’ long ago).

Cameras vary in vibe (rangefinder Leica M, rangefinder like and much more fun Fujis, do it all Sony, E.V.I.L are evil Canikon …) but they essentially all attach a lens to a device able to transform photons into computer files. And that’s the end of it. As is engraved in the caves of the photographic wisdom of the ages, you chose lenses, the rest follows. 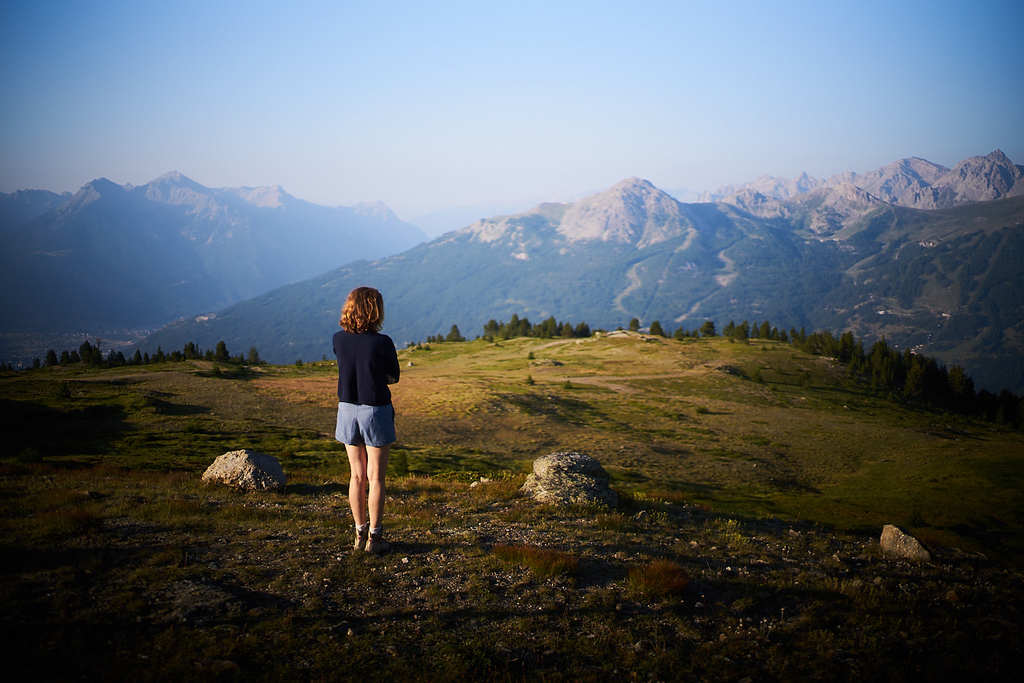 Well, no. And it was stupid of me to let my formative years in the film era cloud my judgement in digital times.

While a camera of old was a mechanical device placed between a sheet of film and an optical contraption, a digital camera is a signal processing unit above all else. Let me gloss over the whole ergonomic debacle that irks me far too often for my mental health. For now, at least. I promise to rant profusely about that in the future. As soon as someone releases a 65Mpix 30fps content-producing technological device (it’s a bit reductive to call it a camera, right?) that’s both colour-blind and incapable of putting a loupe icon on its magnification button, for example.

For now, lets just focus on the signal processing aspect of it all. This is where the real positioning game is being played today. And it’s more or less the only thing that matters :

Not only does the camera transform photons into electrons and into files, it has the liberty to use artistic license in that process. 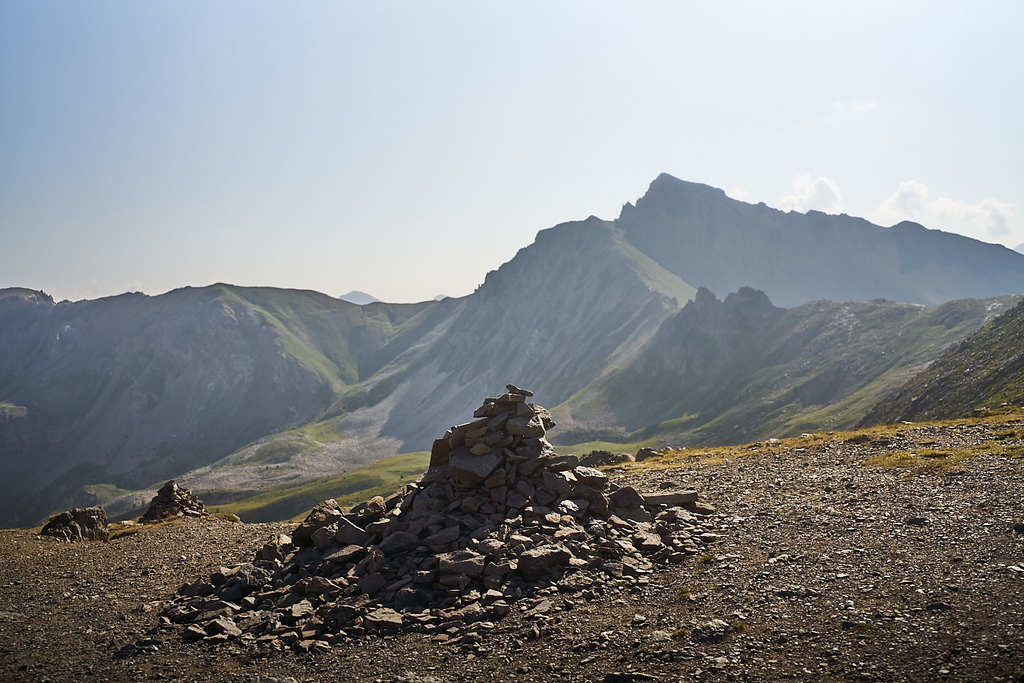 Today, this encourages a systems approach to GAS. While I’ve always refused to keep lenses that lock me into a particular system, preferring to buy what my eyes liked best and port that onto whatever compatible body caught my fancy, I now find myself forced to reconsider in favour of a deliberate adherence to a system based on how the signal processing part of the value proposition is being handled.

Sony, for example, take a very “technically enabling” approach to this body + lens pairing, but don’t seem to be using it for rendering purposes. I see no aesthetic advantage to buying a Sony lens over a third-party lens. In fact I prefer the rendering of my fave legacy lenses to any Sony lens I’ve tried and can think of, in any focal length, at any price point. And the technical advantages of faster AF, exif, improved IBIS of those native lenses leaves me as cold as the heart of whoever designed their ergonomics. Your mileage will of course vary based on what your psyche carries over from your own formative years. And by the looks of Sony’s results compared to the rest of the business, my mileage is distinctly outnumbered. Ah well, what else is new?

Hasselblad. Aahhh. I wrote about the X1D that digital photography was finally home. And I stand by those words. It was quite a surprise to me to open files created with the XCD 30/3.5 in LightRoom and witness the amount of work done by the digital profile of that lens. Distortion and vignetting were the 2 most obvious corrections. So “digital optics” are abvioulsy a big part of the Hassy design process, these days. It was also almost erotic to learn that Hasselblad calibrate each camera to near colour perfection, loading it with as much as half a gig of calibration data. And to say that shows in the quality of the files is a big understatement. Also noteworthy was the X1D’s file friendliness with third party editing software, so whatever digital magic is being injected into the design is obviously quite universal in its application and not restricted to the official software suite. To say that is not the case of all manufacturers is again a major understatement.

Other systems. It’s been far too long for me to comment on them. But I’d really love your input on how you feel your brand of preference is dealing with this potentially blissful camera + lens bonding. 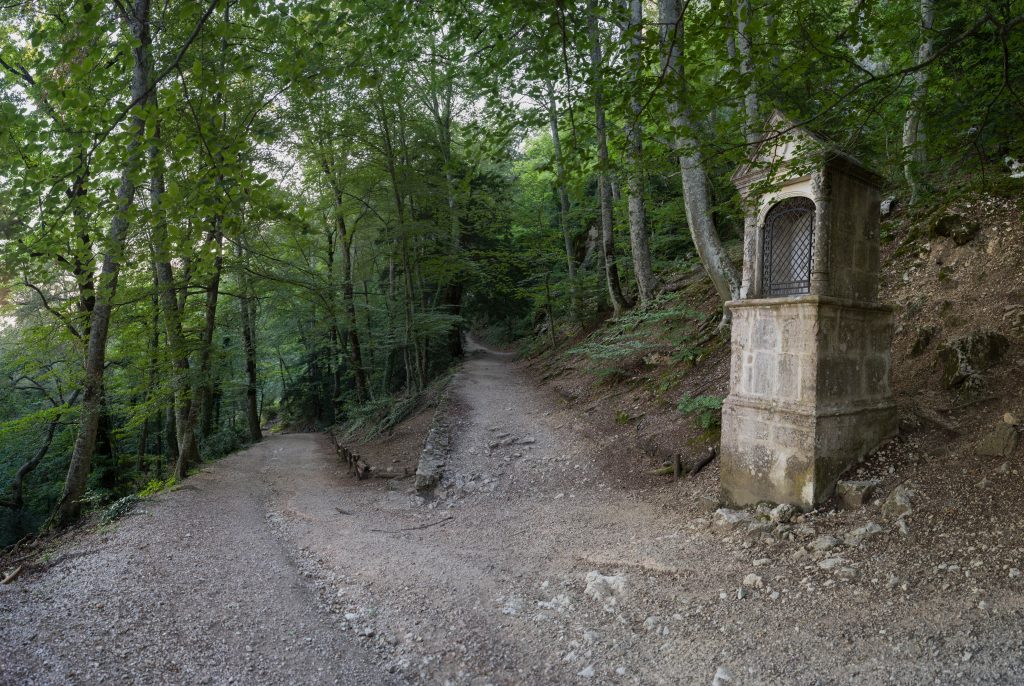 Of course, I’ll always treasure my current lenses because a great lens cannot be spoiled by in-software signal processing (Oh wait, they wouldn’t! Would they ?) But my fetishism for them has severely dwindelled and I do look forward to “system lenses” that rely less on complex formulas to produce impeccable imaging on the sensor and focus a little more on being natural and “true to light” by letting the camera and PP software handle the rectitude and good table manners.

So, what I’m saying is that my new photographic mantra for the second third of my life goes “It’s not the lenses, it’s the signal processing, stupid!” Almost 20 years into digital, it’s about time I got the memo, right? … I’ll update you on my third and final attempt at photographic wisdom in 50 years.