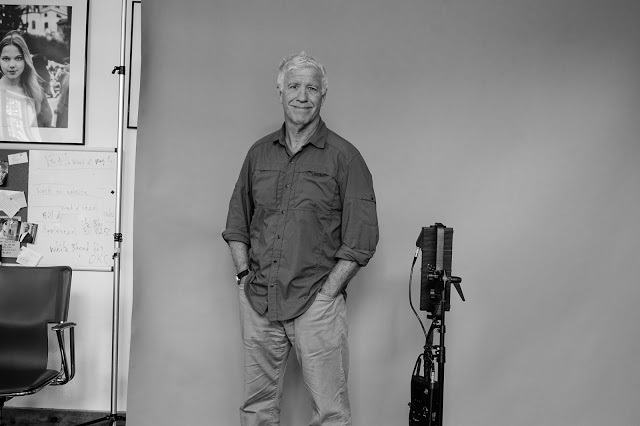 “Why pine for unavailable cameras when it’s really the lighting stuff that makes the real difference?”

Breathlessly waiting for the big announcement of Nikon’s mirrorless delivery date. I can’t eat, I can’t sleep, I can’t even drink coffee because I’m so excited to finally be able to buy the camera(s) I’ve always really needed. Right? Yawn. Not so much…

This article appeared on Kirk’s VSL site this morning and is such a perfect accompaniment to the Monday Post of a couple of weeks ago, that there was no justification in trying to write something of our own. Better to ask Kirk if we could re-post his work. Thankfully, he agreed.

I’ll rush to Precision Camera and put my name on the Nikon waiting list the minute we find out when that mirrorless, premium camera has a ship date! But, I previously put my name on lists for the Nikon D850 at Precision Camera and at Amazon.com (it’s a race!!!) and that was months ago. I still don’t have one of the “world’s greatest” cameras in hand with which to shoot. At this rate the mirrorless camera from Nikon might be available to average consumers like me in late 2019… But by then someone else will most likely have announced and actually delivered the very next “miracle” camera and my choice will be to grab something that exists and is purchasable versus waiting for an object of desire that seems to be more “vaporware” than attainable, own-able hardware. Yep. just checked again and both outlets are still showing the D850 as backordered. Wasn’t that camera launched like six months ago? I guess once they sent one to every Nikon V-Logger they had to go back and make the next batch of one hundred “super sensors.” Maybe they get more profit per camera from those suckers in the EU….

In the painful lull between announcement and launch, and then launch and ultimate accessibility, I’m sure Canon will launch something with even better specs. And I’m pretty sure none of us expect Sony to stand still and wait around for Nikon to actually fix their delivery pipeline.

But I guess that’s okay because I can’t really get excited about buying into another proprietary lens mount right now. I’d have to either use adapters with my motley collection of Nikon F mount lenses or sell off everything and start over from scratch. And I’m not eager to be a repeat beta tester for a brand new, never seen before, selection of lenses. Of course, with my luck even a dedicated Nikon F-to-new lens mount adapter won’t work in my favor. Some of the lenses I like and use on my D700s and D800s are the older D style lenses that have the little screwdriver autofocus mechanisms and I’ll bet you cash money that whatever adapter hits the market from Nikon will only work with either the latest “P” series lenses or, at best, AFS G series lenses. You know, the newer lenses with no external aperture rings. The manually settable aperture lens are the ones I actually like best…

I might be able to use my oldest F series manual focus Nikons in exactly the same way I use those lenses on the Panasonic GH5 right now. And that would be in a totally dumb, totally manual mode. Today I can play nostalgic dilettante and shoot a Nikon 105mm f2.5 AIS lens on my D800e and I’ll get a focusing confirmation light in the viewfinder as well as correct exposure in manual and aperture priority; as long as I remember to program in the lens’s maximum aperture and focal length. But I also think the lens mount adapter would have to be a strange looking beast since the mount on the older lenses will be so much smaller in diameter than the opening in the new body mounts. Think “cone head” camera adapter look. Kinda weird.

In the last week or so, since the big non-announcement-announcement torrent I’ve watched used prices of D800s, D810s and D750s all drop. I’ve noticed more recent Nikon lens models hitting the used shelves and the sale webpages of camera retailers. People are already trying to factor in the value of the new launch into the liquidation pricing of the newly old. And I think most people assume Nikon will drop the traditional DSLRs the moment the sales curve of their products favors mirrorless models over last century mechanical tech.

There’s more than enough afoot in this who new product imbroglio to give even me, an avowed new camera consumer, much pause. For example, if Nikon fails to advertise, support, and deliver the new product in quantity what’s to prevent it from dying the long and sad death that befell their first mirrorless effort? If I stock up on the new stuff will I end up like the small legion of Samsung camera users whose systems were orphaned with little warning and no real recourse?

And while I may love the idea of buying into some new, “revolutionary” cameras won’t I want some new and revolutionary lenses to use the “miraculous” bodies with? So, what do I do if the first flurry of new mount lenses are droll, entry level zooms with crappy performance where it counts = in the optics? Do I wait for years, as original Sony A7 series adopters did, for a smattering of fun and useable optics? I’ve never been known for my patience so I’m doubtful that I’d buy a new body and wait around for very long in order to squeeze out whatever good comes from the new platform.

No, I have a different Nikon strategy. I think the 800 series cameras are really, really great performers. I’m judging them on their ability to make beautiful portrait and product photographs. I’m not a sports shooter (and very few photographers really do shoot much fast sports work…) so I don’t need huge buffers and nosebleed faster frames per second. I generally take time to meter and white balance. What I love about the modern Nikon 800 series cameras is the high imaging performance combined with a decent price for that performance. I think the d810 and d850 represent tried and true, very mature tools that can be used in the hands of experienced photographers to make images as well as any other (non medium format) camera out there.

If the mirrorless Nikons and Canons exceed my expectations by leaps and bounds then I’ll wait around and pluck as many used D810’s as I can, along with one new D850 and I’ll use them for tons and tons of portrait work in the studio and on location. I’ll use the D850 for all those times when I want full frame, full sensor 4K video so I can play around with skinny depth of field and the associated look that fast lenses on a full frame camera can deliver. If the market is cruel enough I’ll be buying D850s for song while more impulsive folks are helping Nikon find all the bugs in the newer cameras.

And if the older lenses are awkward to use with adapters on the new, mirrorless cameras, then I’ll probably be able to reap a bonanza on one time coveted and then discarded Nikon lenses.

One more thing for me to think about —– once I ignore all the good advice I’ve just given myself above and I decide, “what the hell? I think I’ll try one of those new Nikon mirrorless cameras!” and I give myself permission to get one don’t you just know that Panasonic will announce the GH6 and it will be so amazing that I’ll be back to square one in my gear acquisition strategy.

(But just to be honest — you know there’s NO strategy. Right?)

So, will I buy a Nikon mirrorless the minute they launch? The real question might be will they ever launch enough of them to satisfy the rank and file? Maybe yes, maybe no.

I shot with a Nikon D800 and an older 24mm f2.8D lens today. Not a bad combination at all. I don’t know why I shot it at full resolution, in the 14 bit mode, and uncompressed but I’m pretty sure I’ll be downsizing it to 2200 pixels at 8 bits and in Jpeg format in order to share it with y’all. Not sure that makes much sense either. But, I don’t know that any of us are using rational thought in camera selection versus actual use parameters in the second decade of this century.

The operative word seems to be: OVERKILL.