The destination is the Berkeley River Lodge, Kimberley, Western Australia. Access to the Lodge is only by air, luggage is limited to 10kg plus a small personal bag, so choice of camera gear was critical. Prior to booking I’d negotiated an extra 5 kgs which helped for camera gear. Berkeley is about 100 minutes from Darwin by light plane. so you can gather its a rather remote location. The flight from Darwin to Berkeley River is scenic as you cruise at an altitude of 8,000’ in a Cessna Caravan. I was lucky enough to sit right up front in the copilot seat, what a great experience! 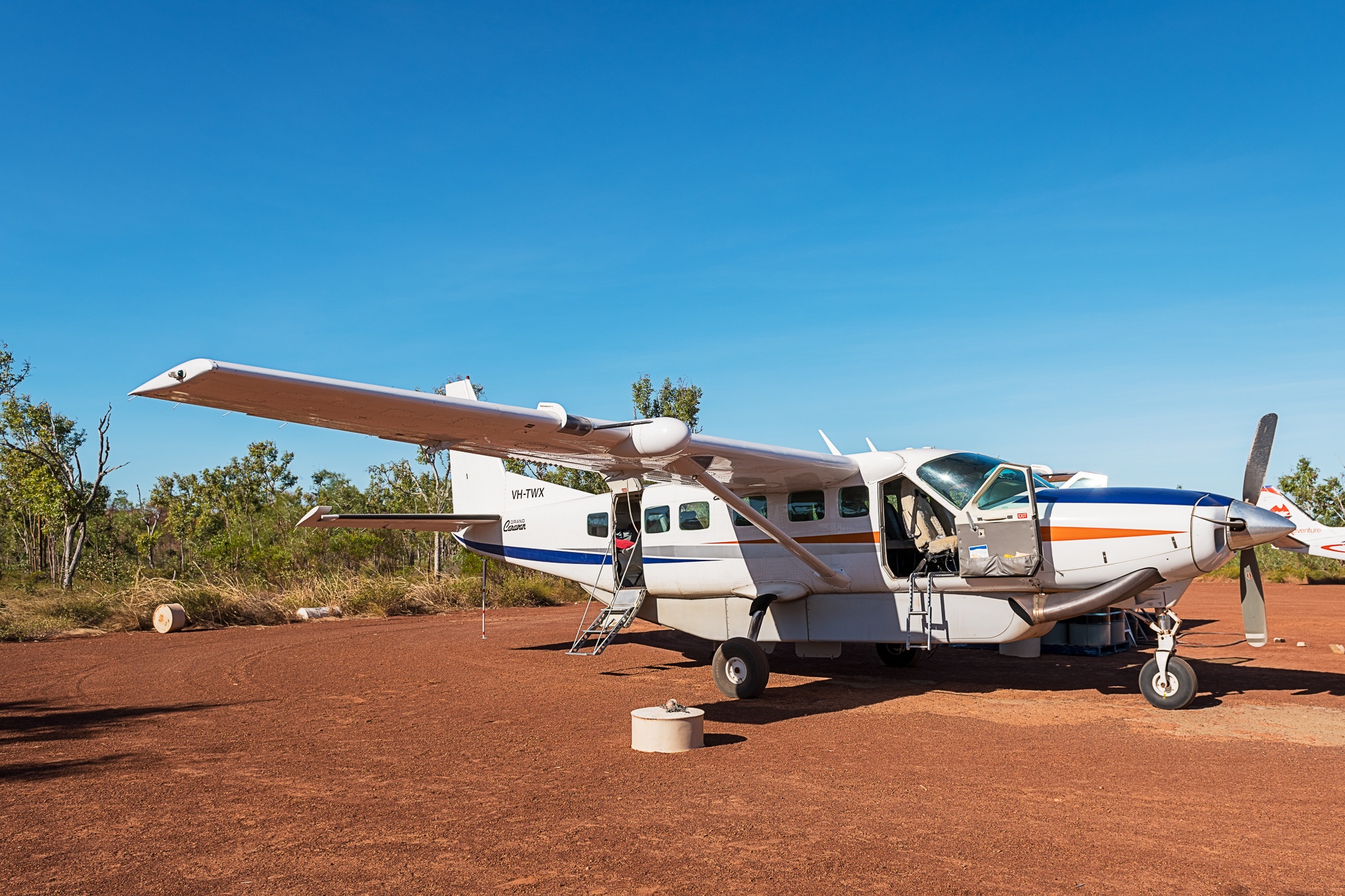 The beaches are very inviting along the Timor Sea, however you swim at your own peril due to crocodiles being very prevalent in these parts. The weather in the dry season May to October is warm during the day about 32ºC and cool over night with no humidity. The resort’s plunge pool came in very handy to cool off. 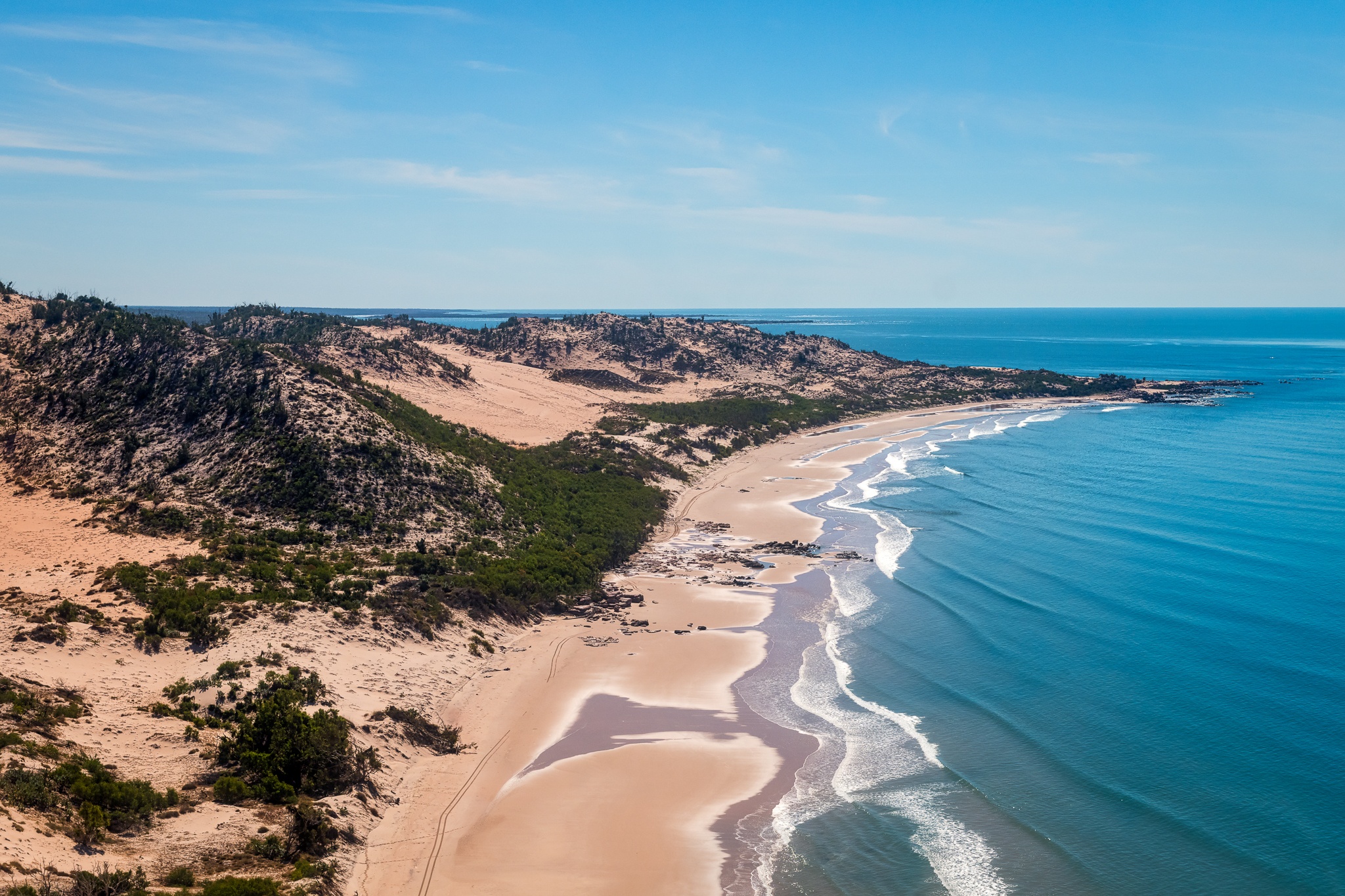 This croc was only relatively small about 3.5 metres in length according to our guide Dempsey. Just look at that eye, not flinching or blinking. 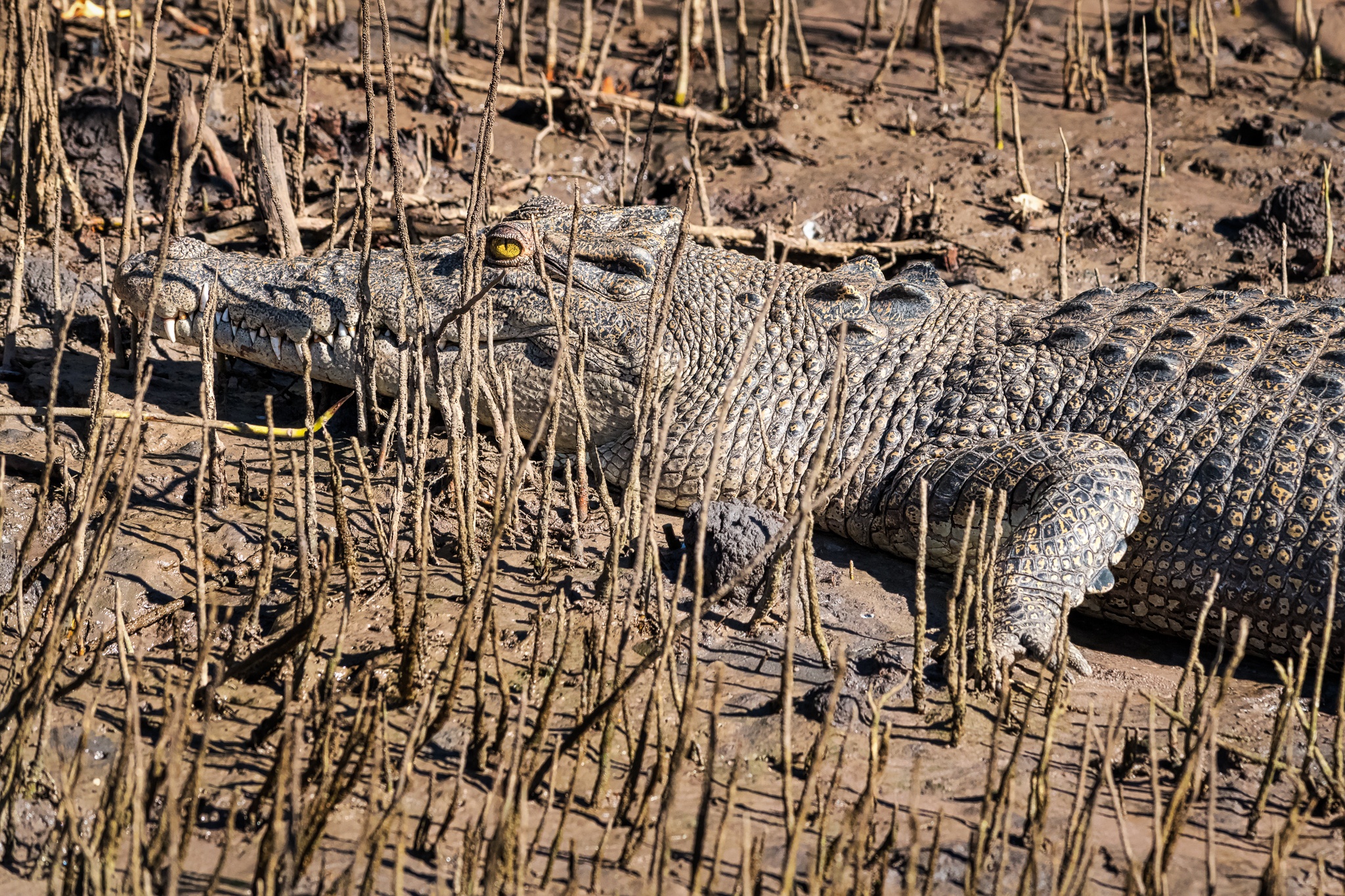 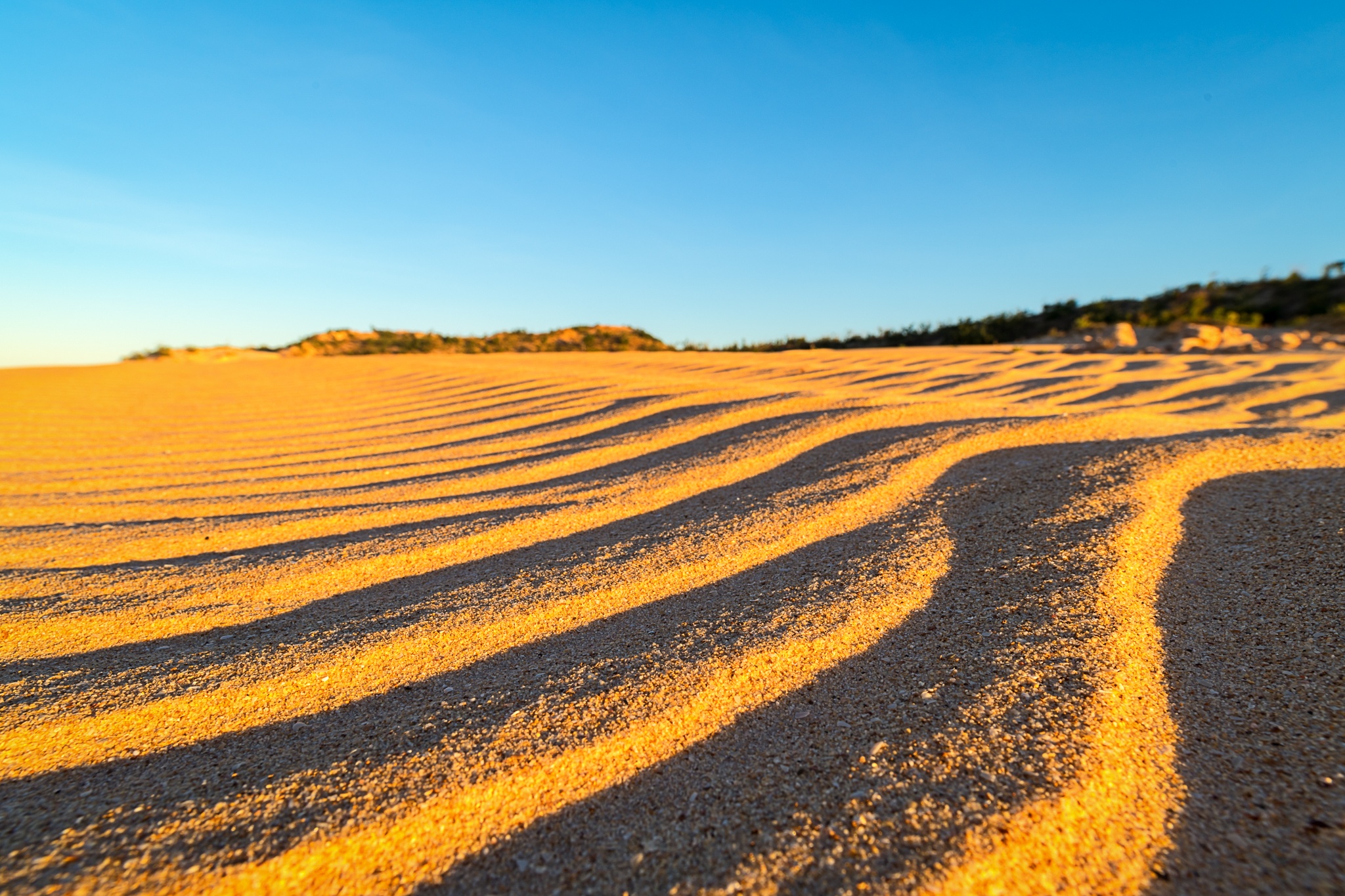 The sunsets in Northern Australia are spectacular, the red glow seems to last forever. 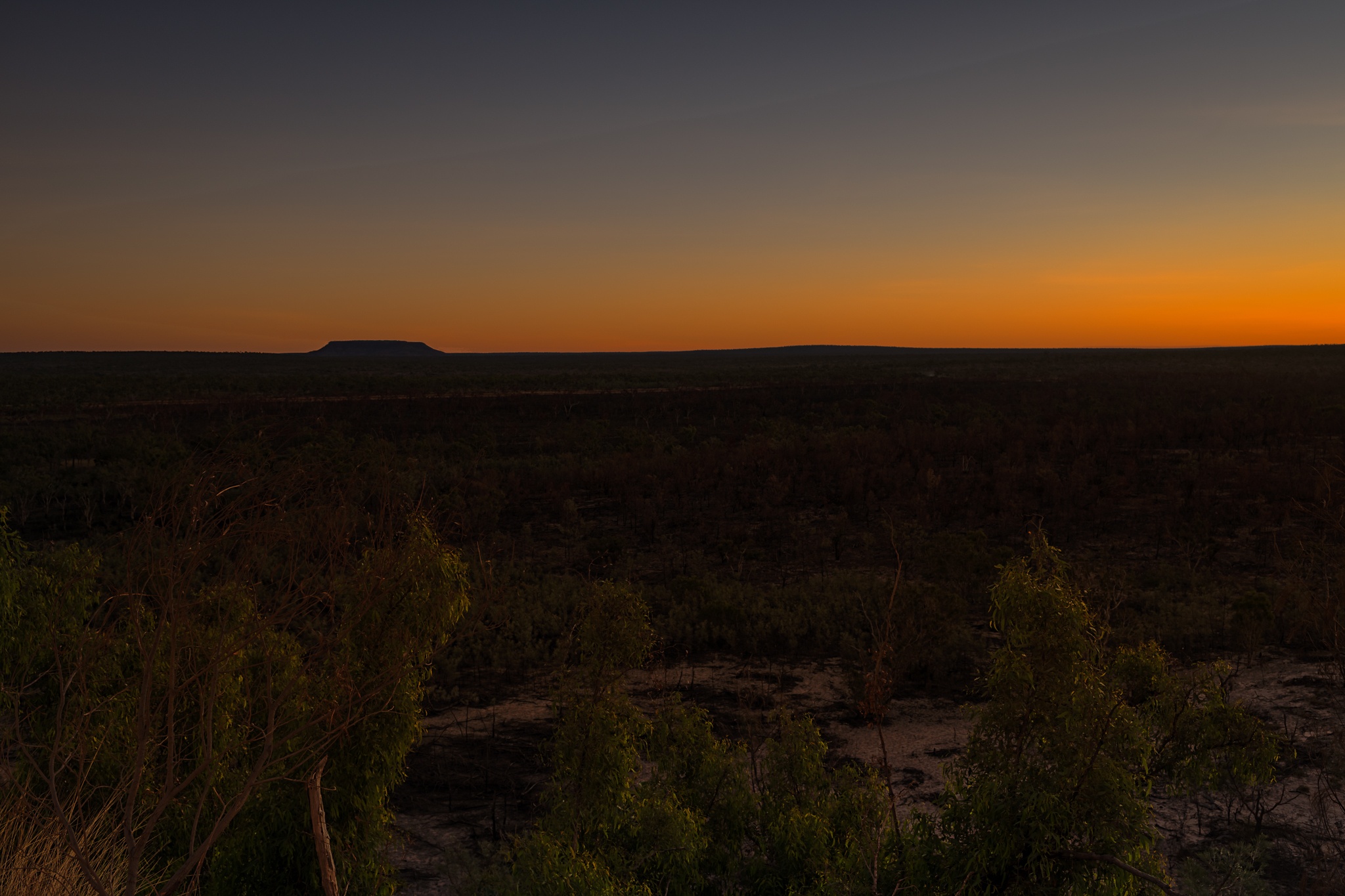 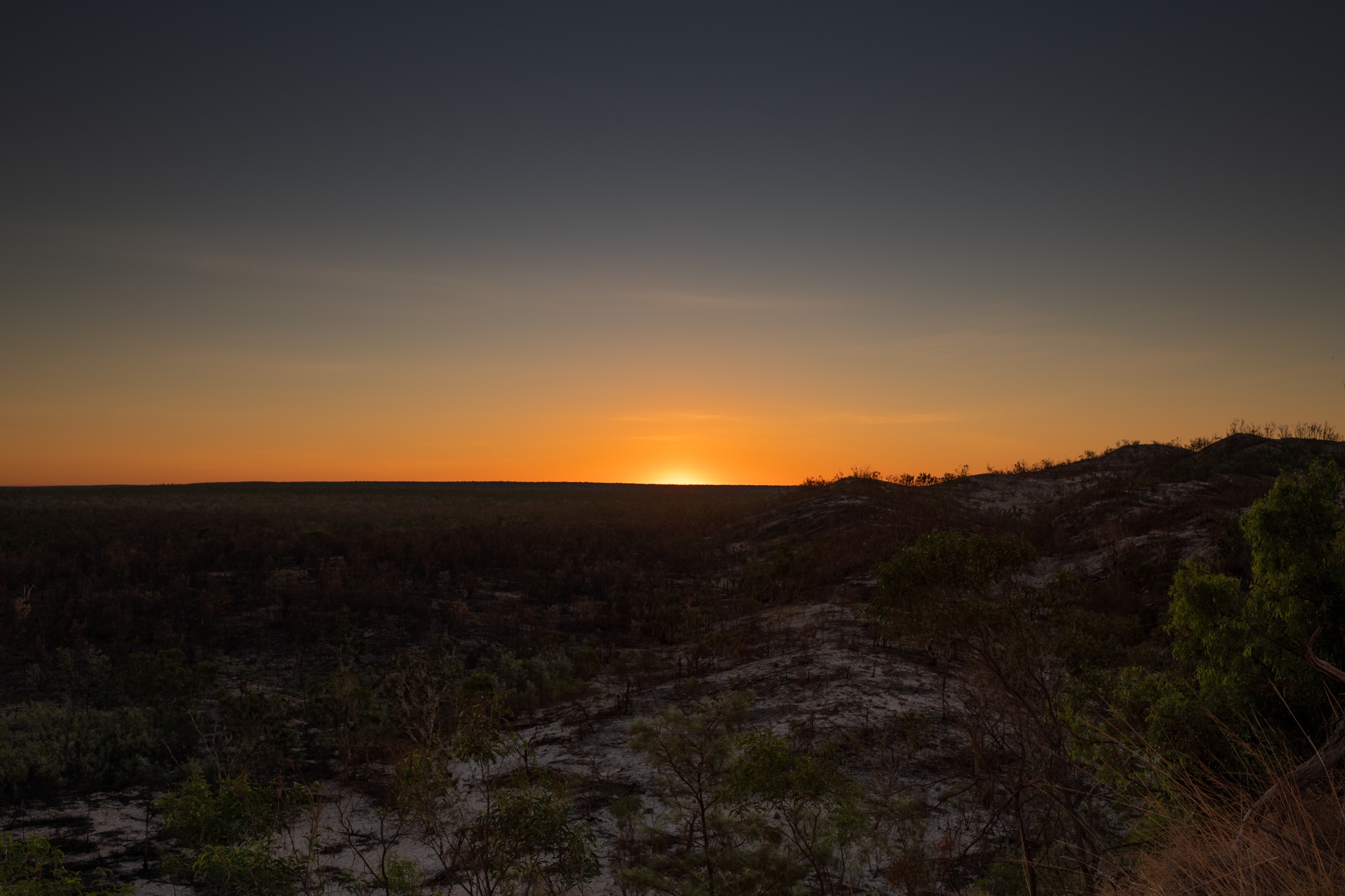 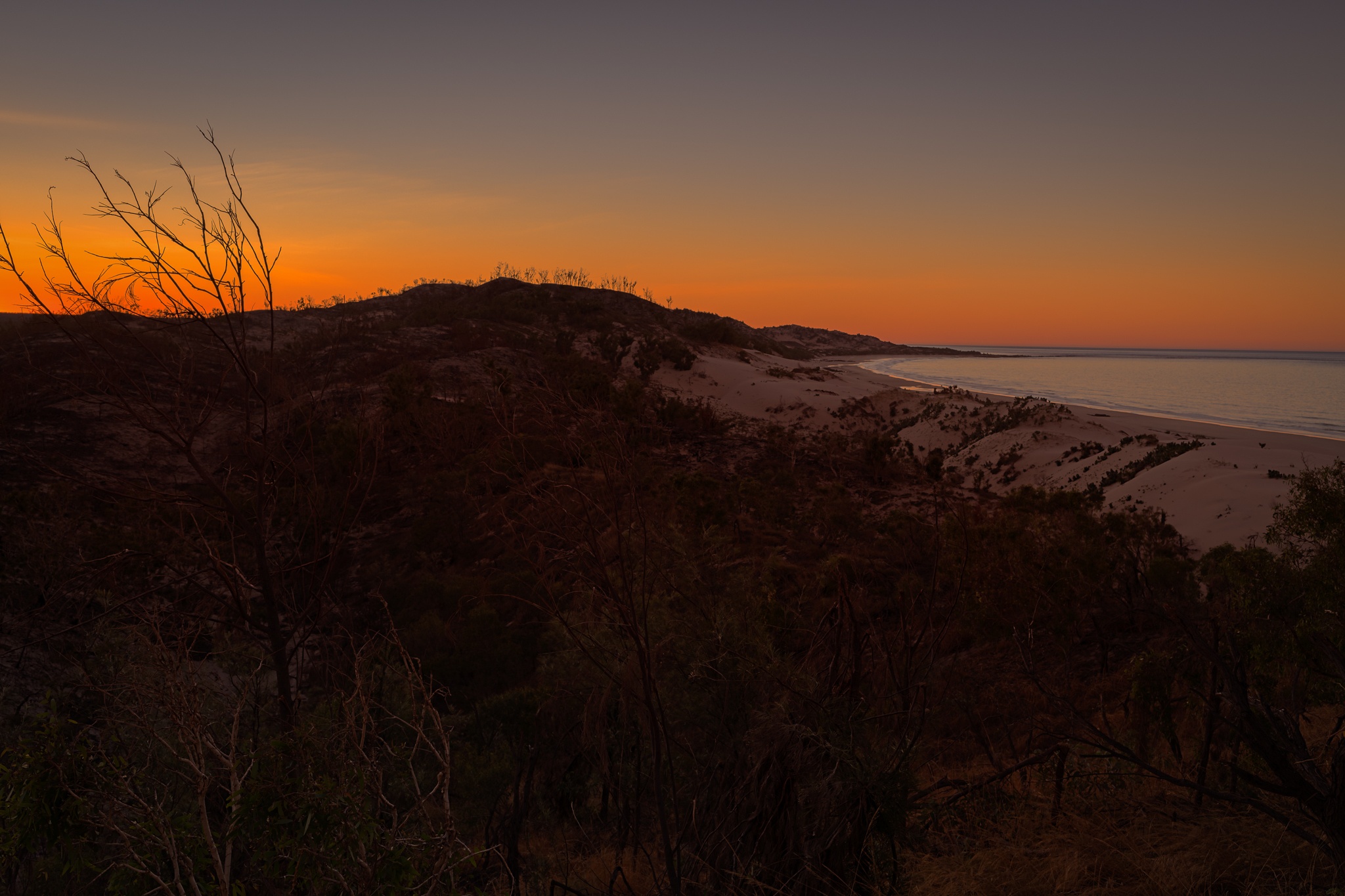 Light pollution is very minimal from the resort,  the nearest other settlement is about100 km away. The Milky Way has to be seen to be believed in this dark environment. Astro Photography is something I’m not proficient at, as can be seen from this shot (Not the Milky Way), the exposure time was too long on this occassion hence the start of star trails, next time….. 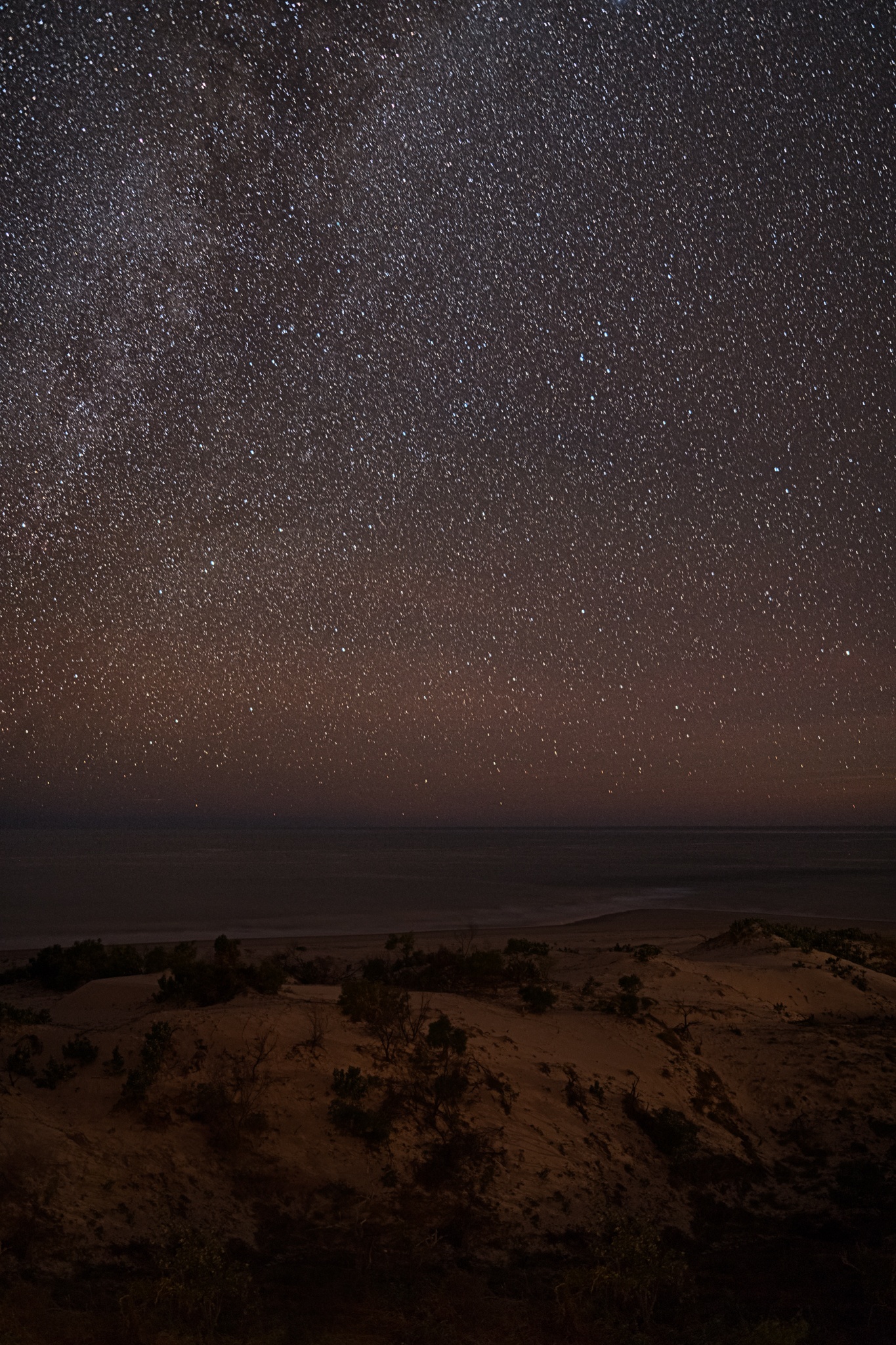 A leisurely cruise along the picturesque Berkeley River with its towering high cliffs. In many places there is extraordinary amounts of red sedimentary rock to see and experience. Crocodiles can be spotted sunning themselves in among the mangroves along the river. 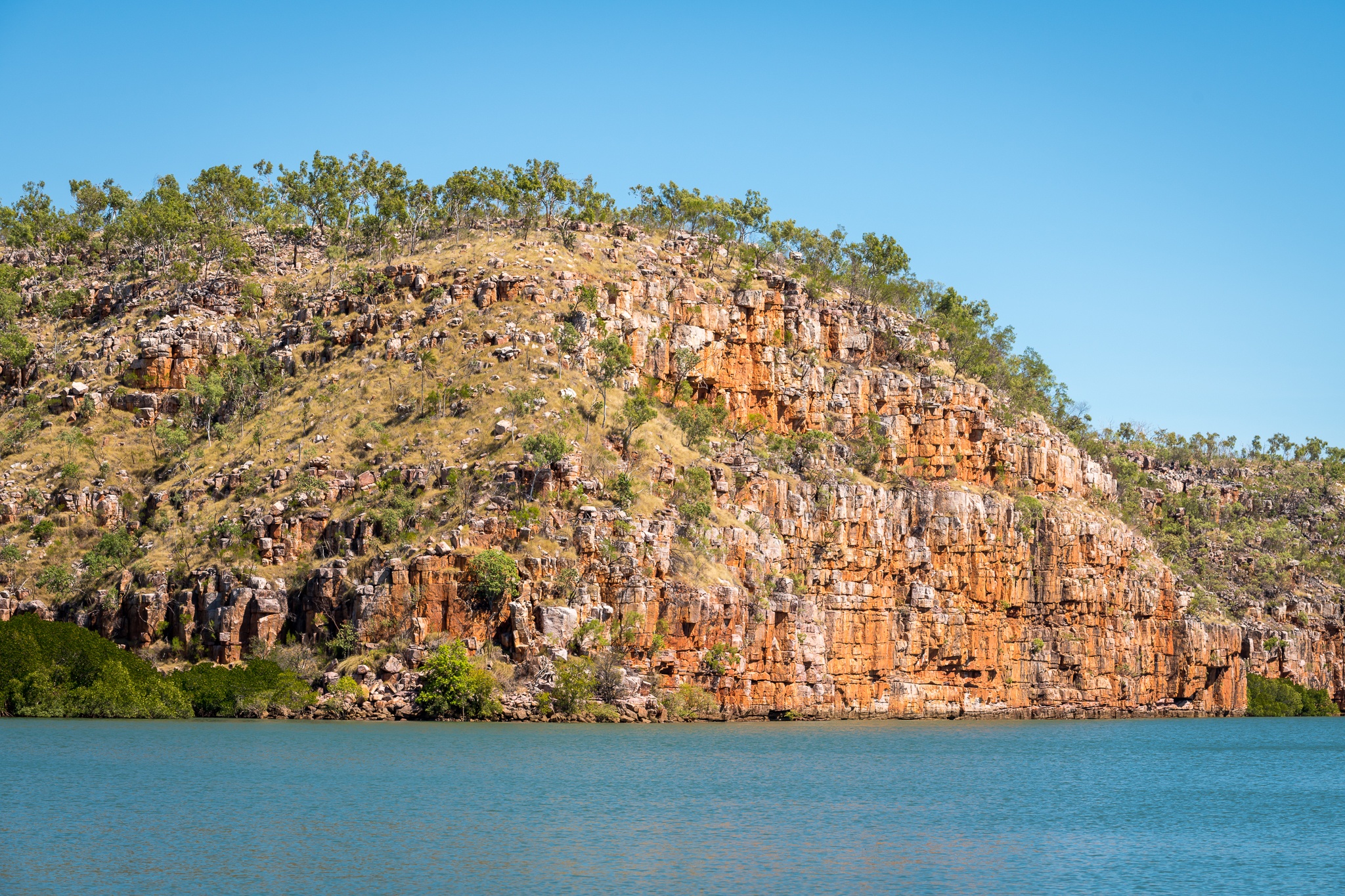 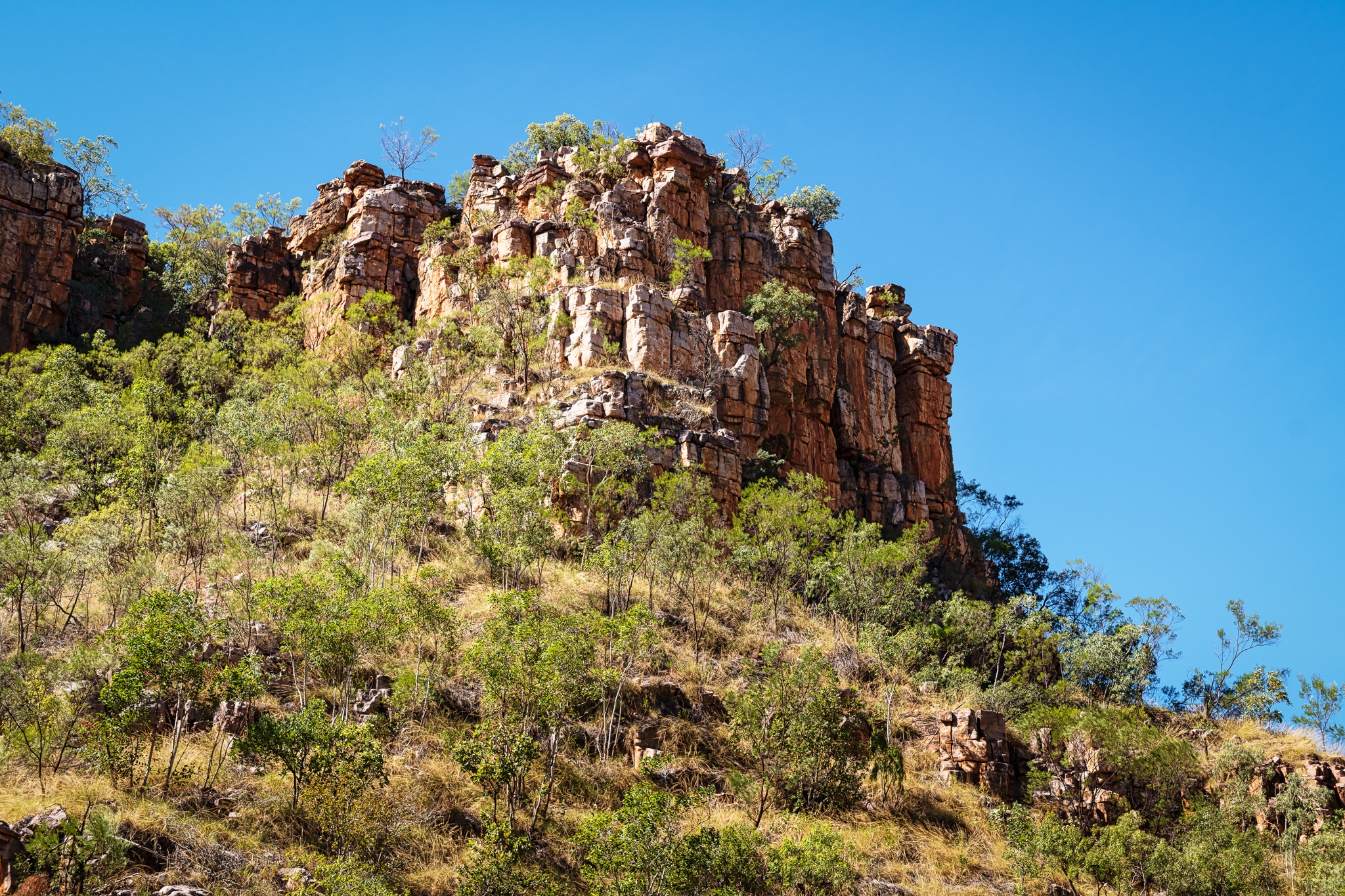 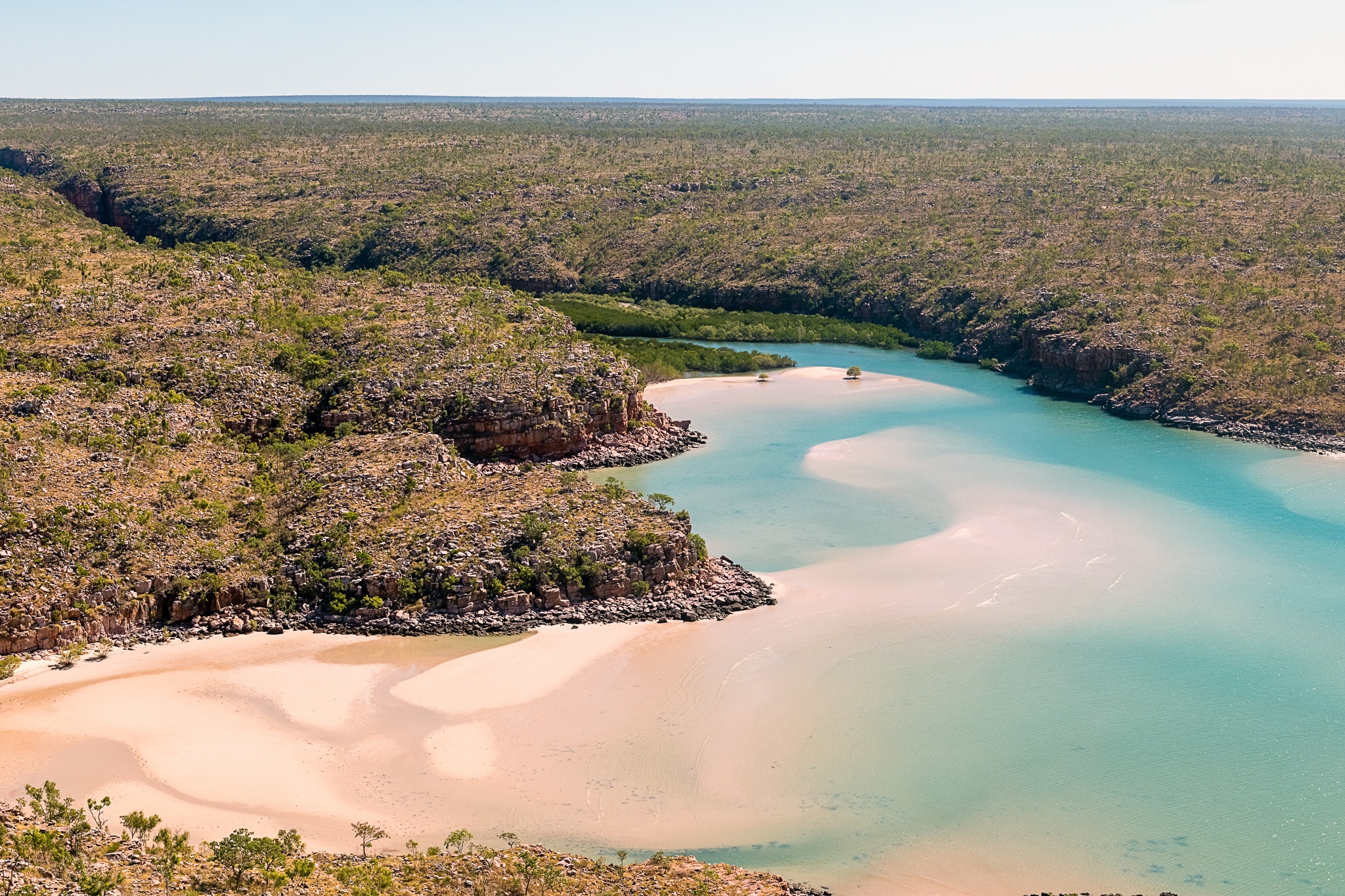 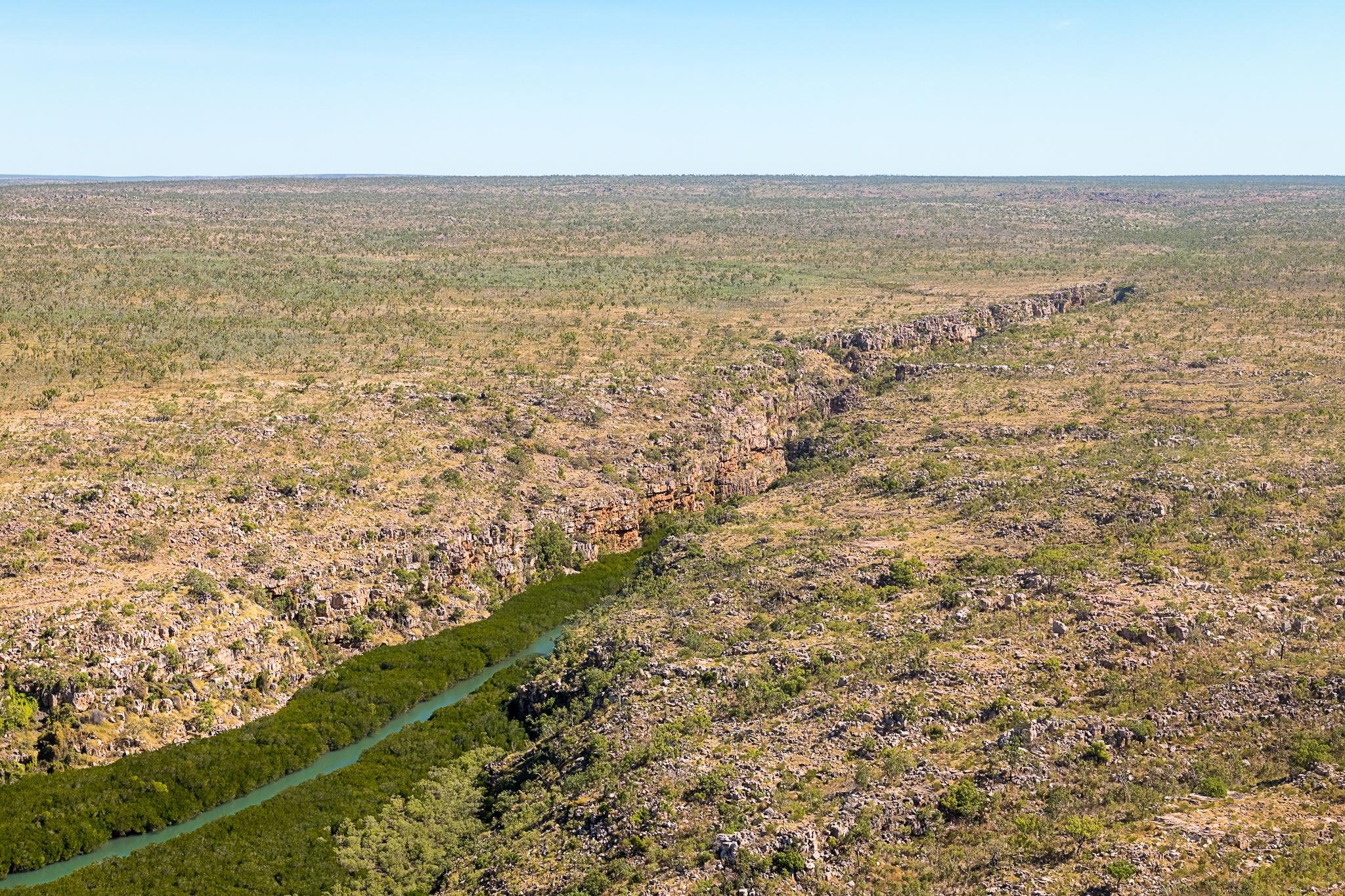 Many places in the area are only accessible by helicopter or boat as roads are non existent. This particular area had aboriginal rock art which dated back some 40,000+ years. Some of the art we saw had only recently been discovered by the resort team and is thought to be seen now for the first time by not traditional peoples. This is after a burn-off conducted by the traditional owners of the land (aboriginal) The burn off is done via helicopter. 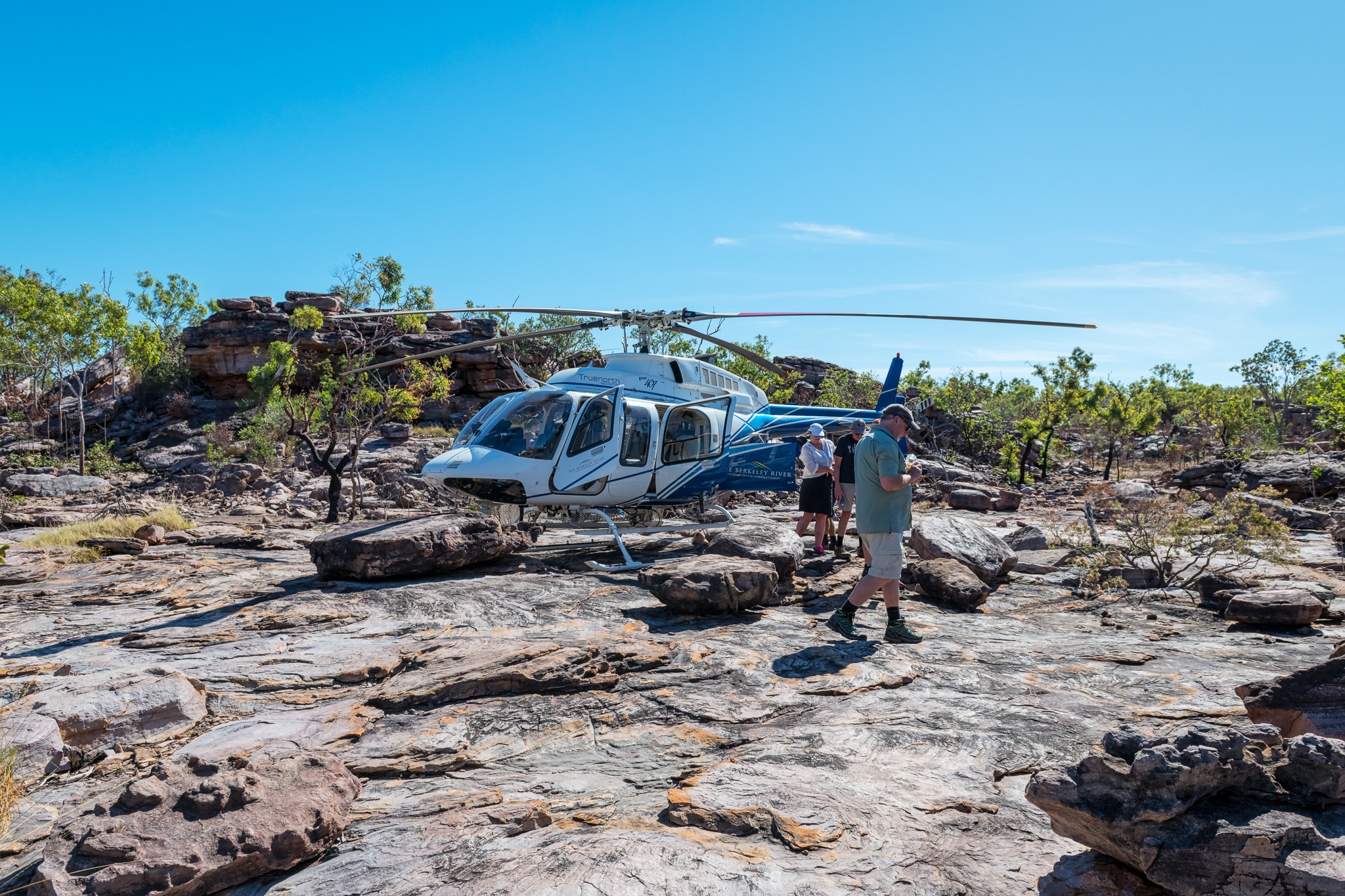 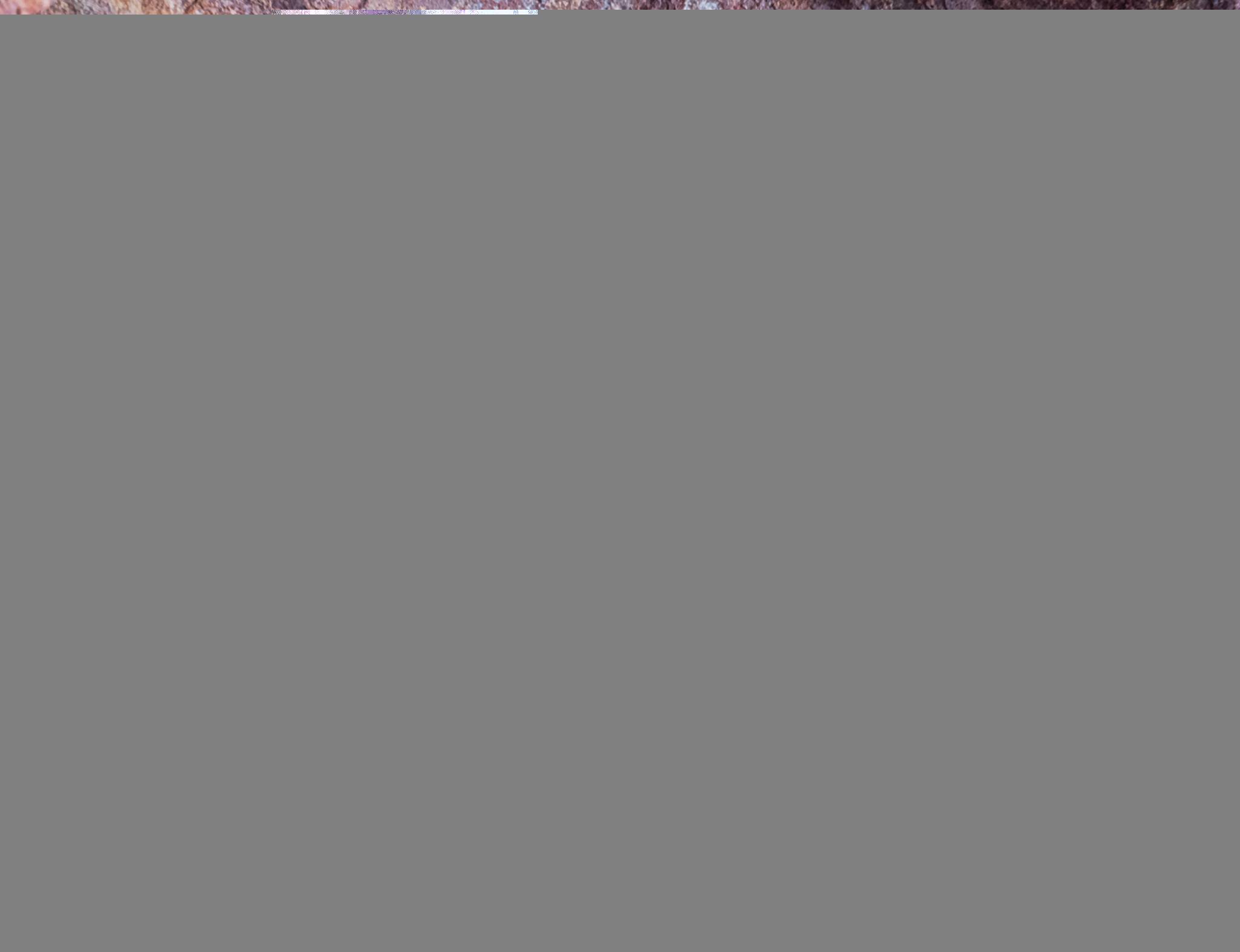 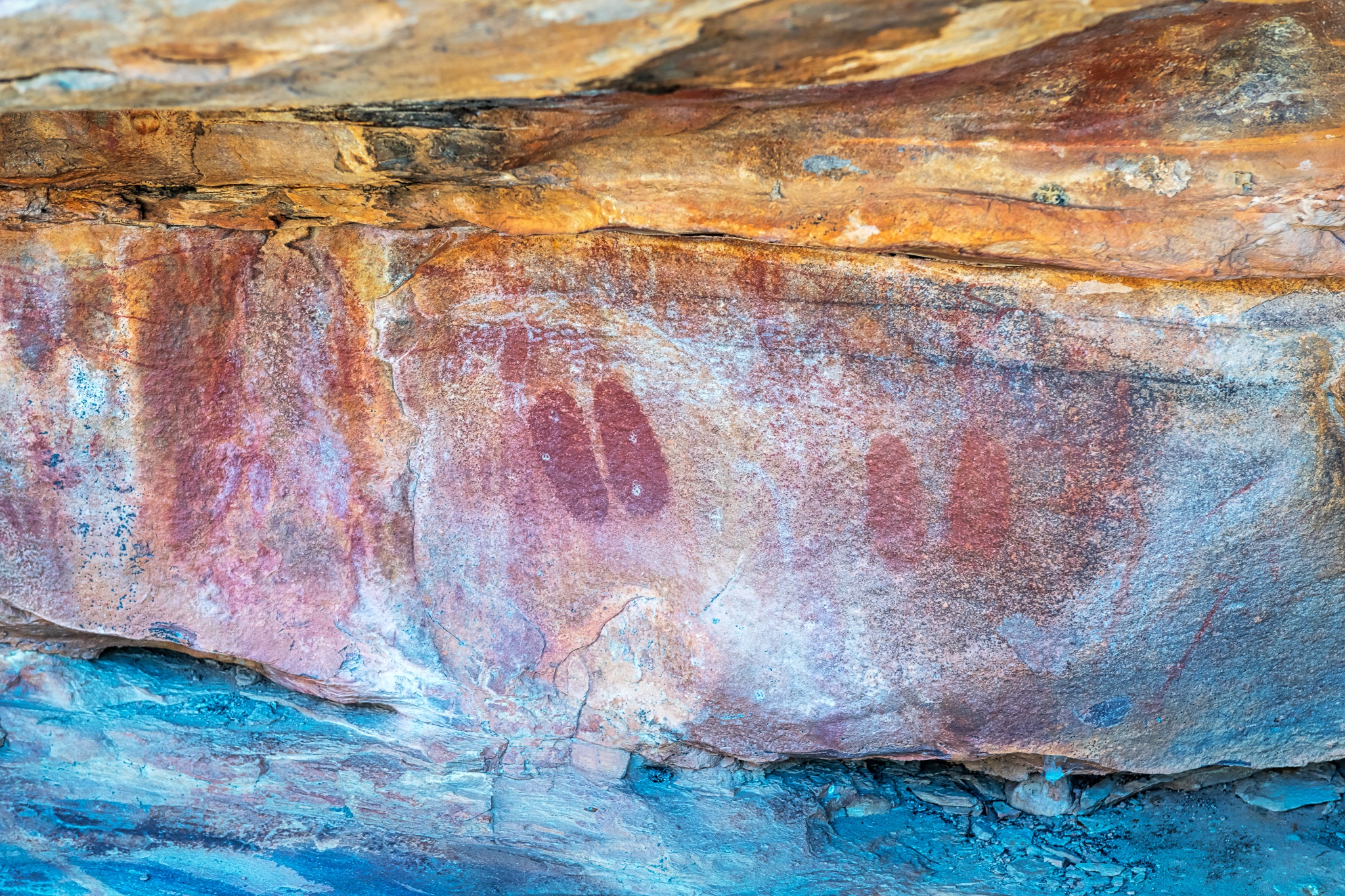 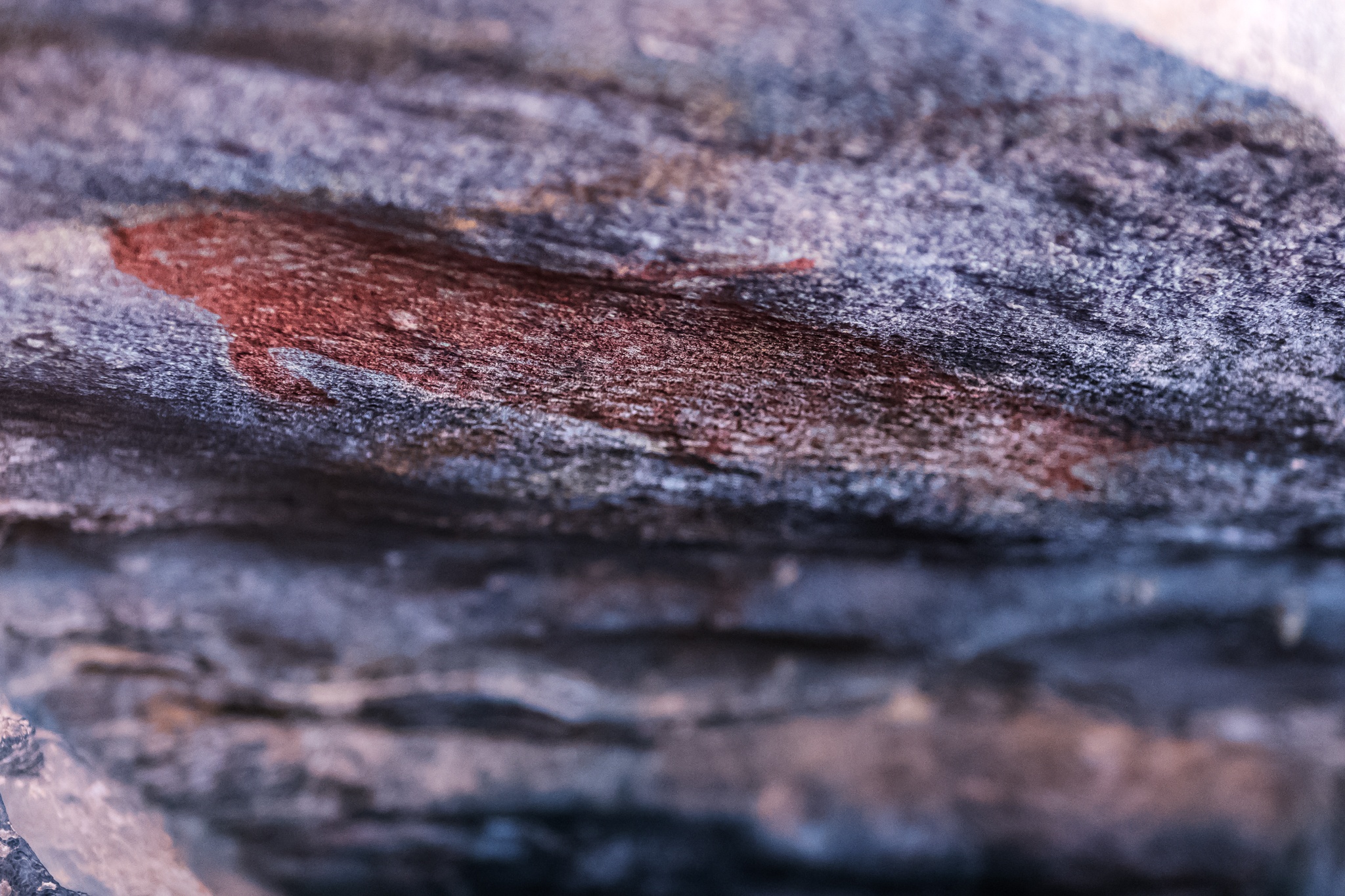 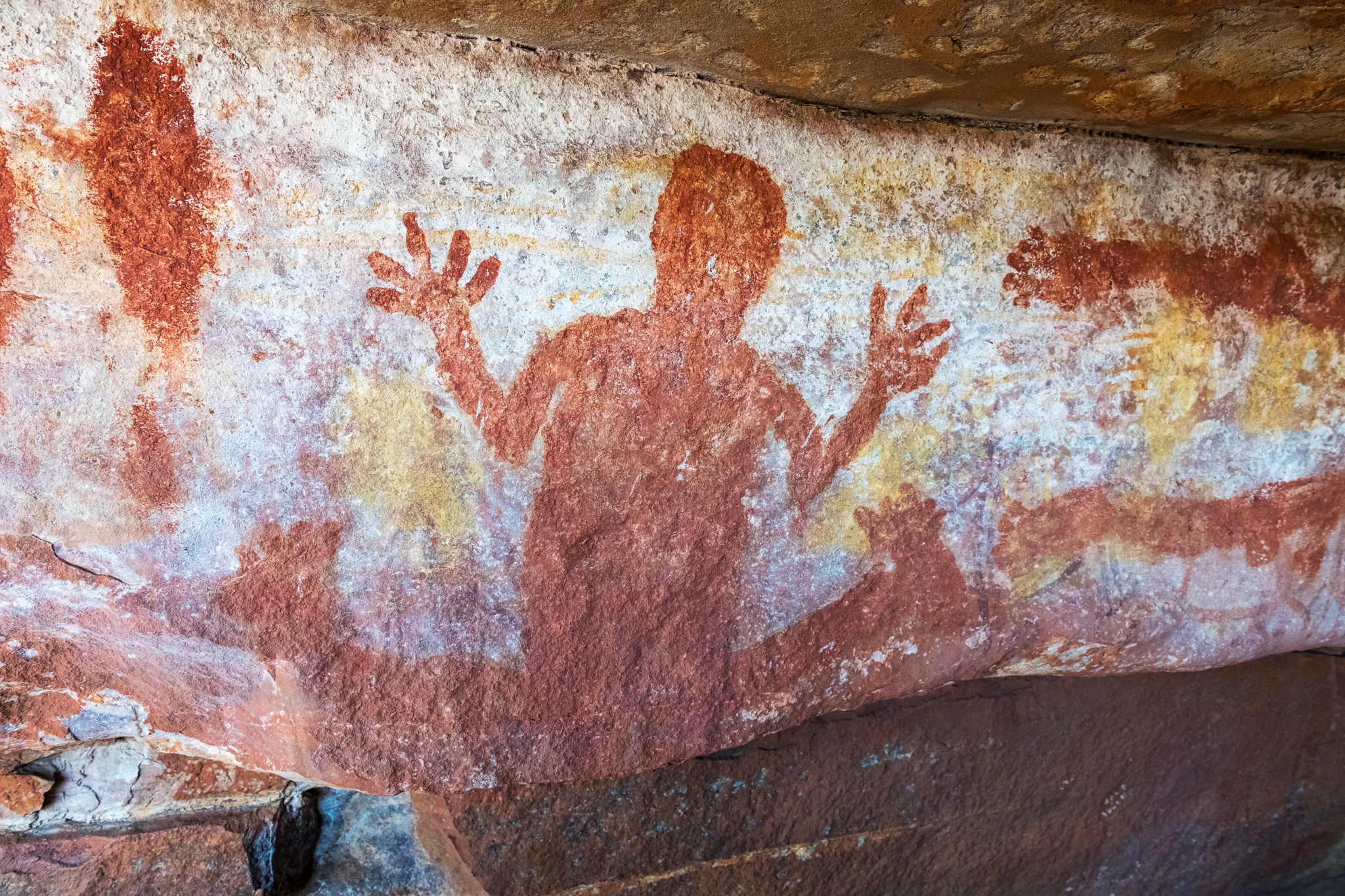 The fresh water pools on the upper King George River are so refreshing to go for a dip, the temperature was a constant 33 during the day. The pools are thankfully crocodile free so you can enjoy the serene surrounds without a care in the world. 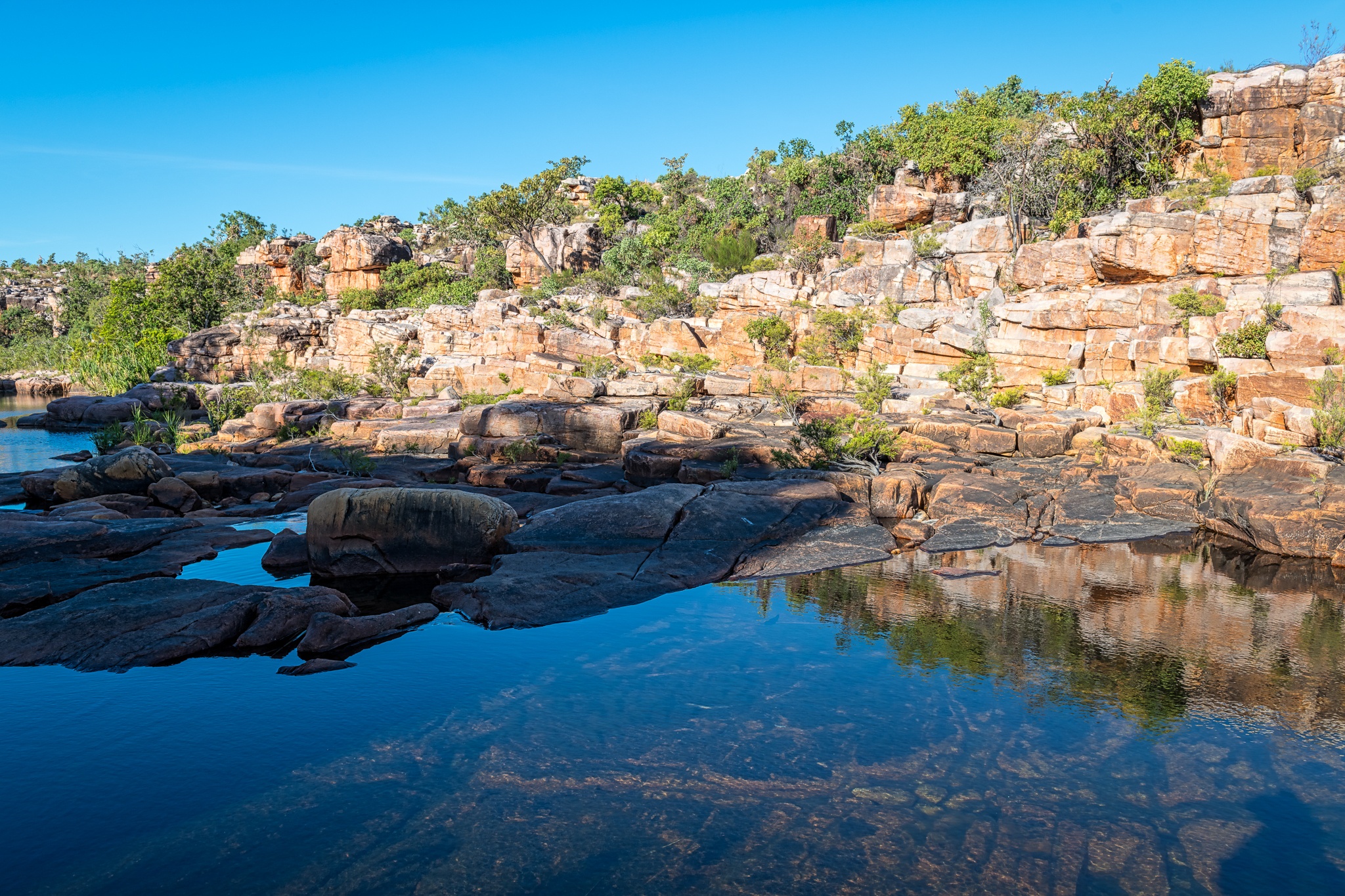 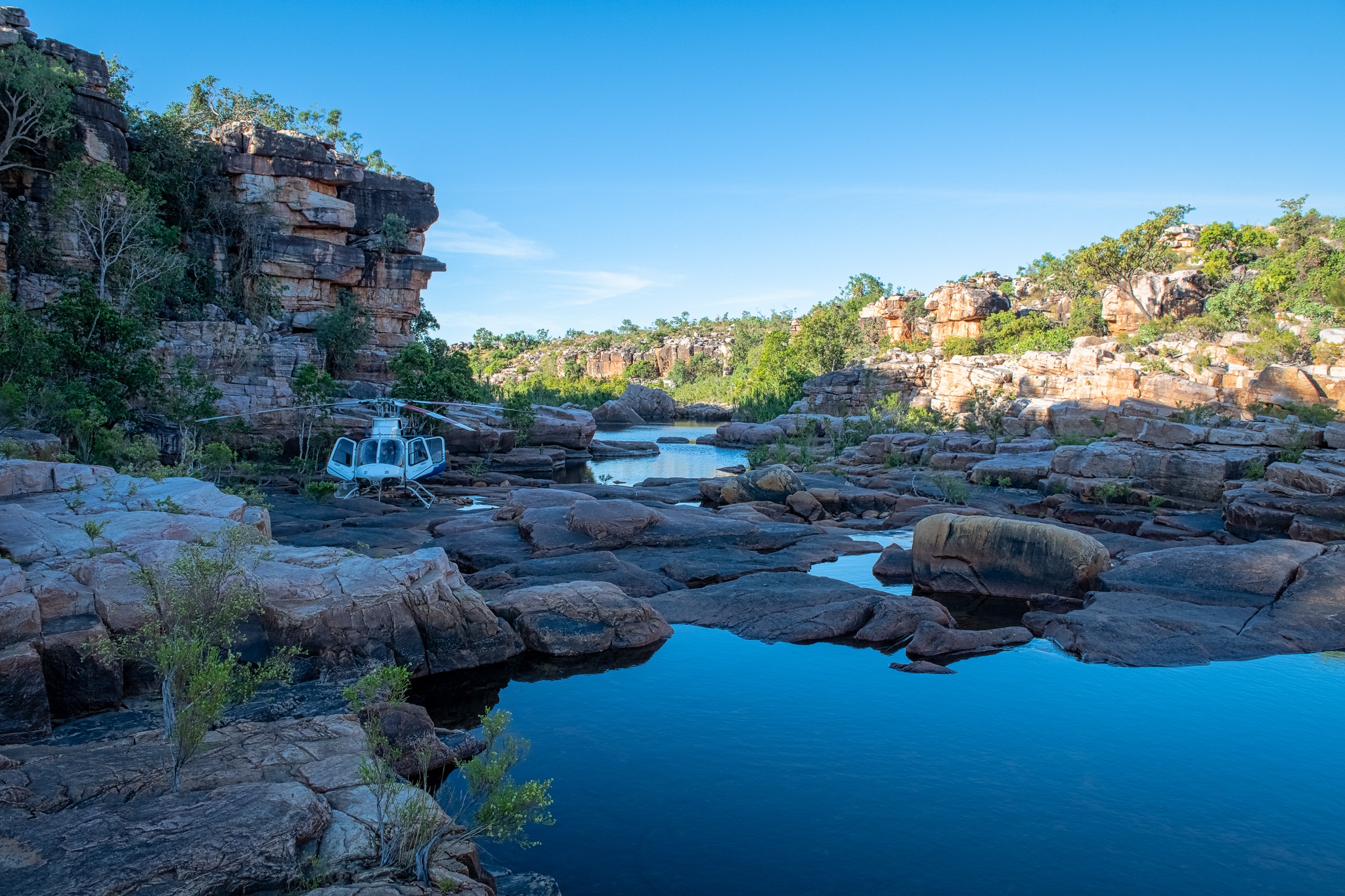 The Kimberley Coast experience has wet our appetite for further exploration of other places in the region like the iconic Bungle Bungle Range, Lake Argyle and the Ord River. The location is very remote and well worth a visit. 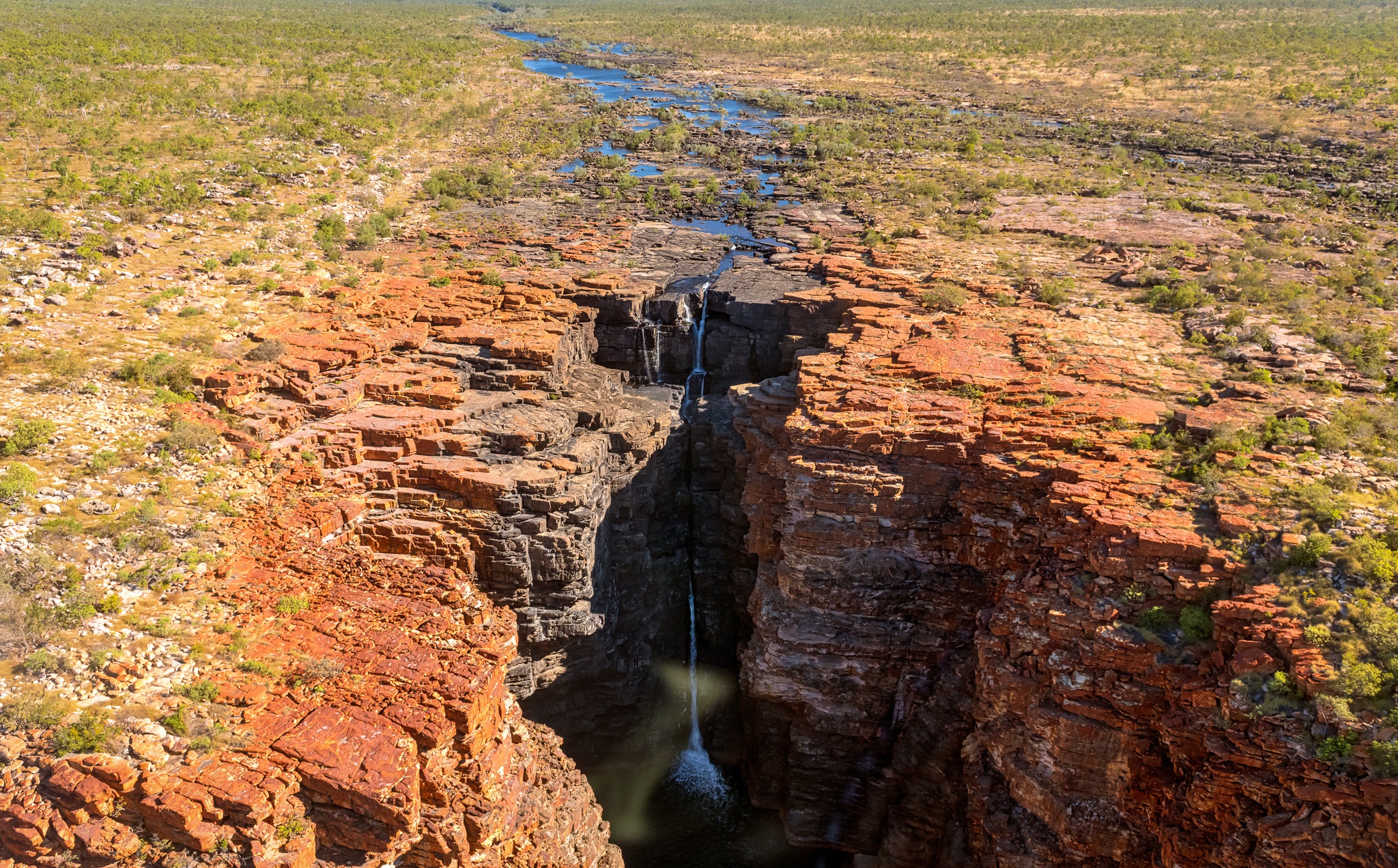 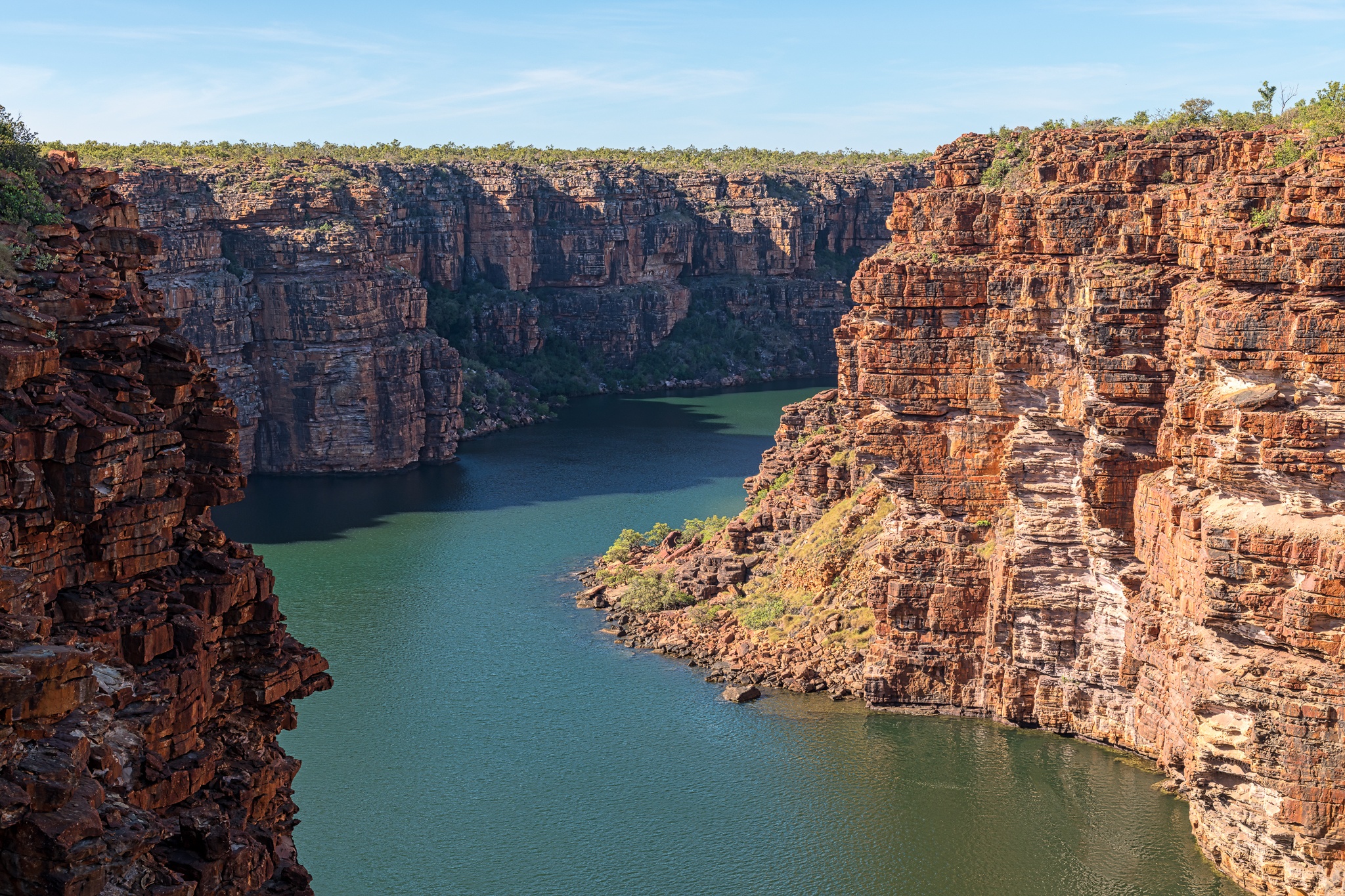 King George River below the falls