It was a fairly normal day.

I continued to argue* with the bad folks who host (sic) the photos on my website, whilst preparing some event coverage quotes for a couple of perspective clients 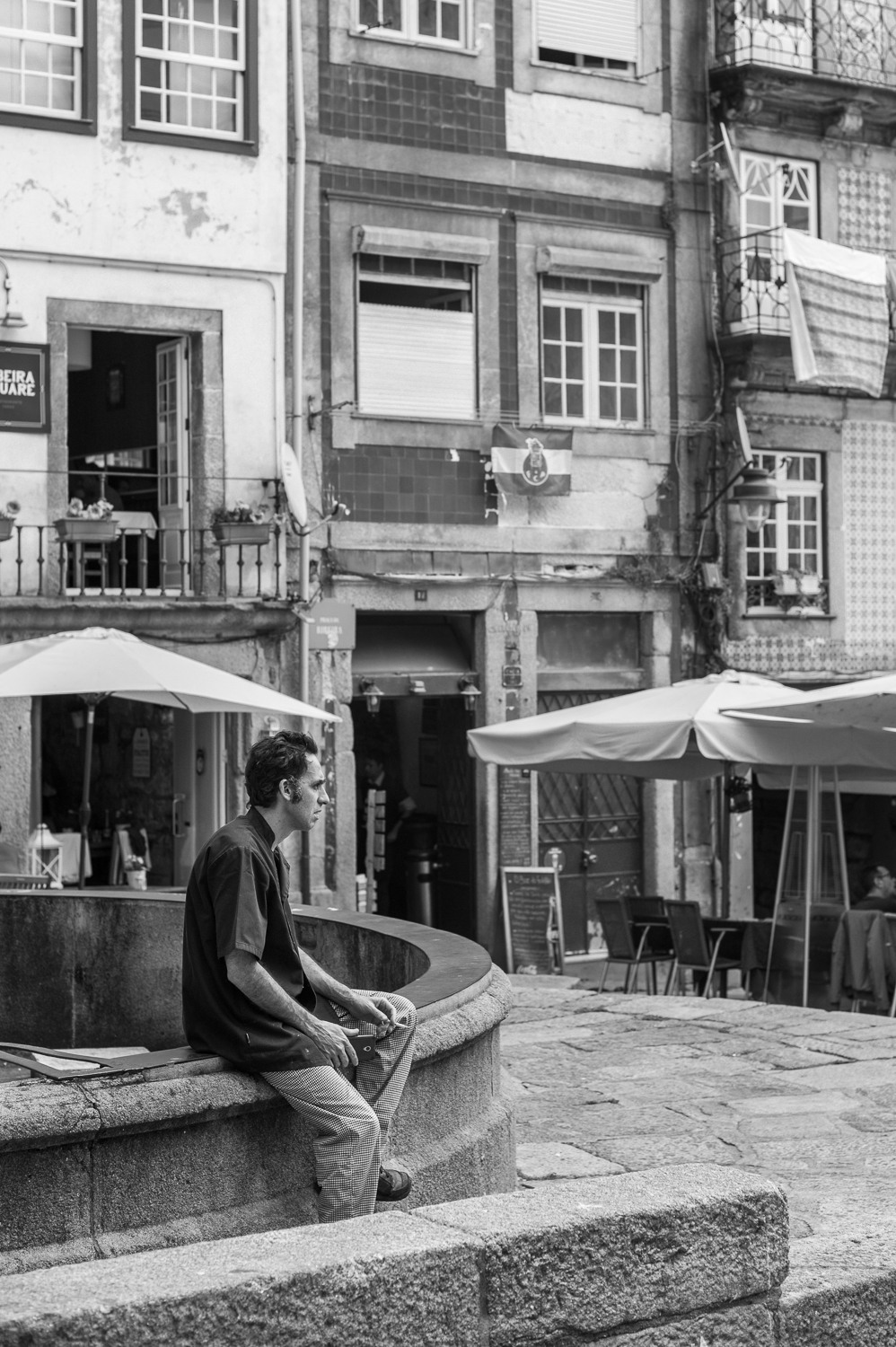 I decided to change the mood from them, them, them to me, me, me by sharing a selection of photos I’d recently taken with my new lens to the DS massive, and Pascal made a very Pascal comment.

Nice photos. Fancy writing a review of that lens for DS? 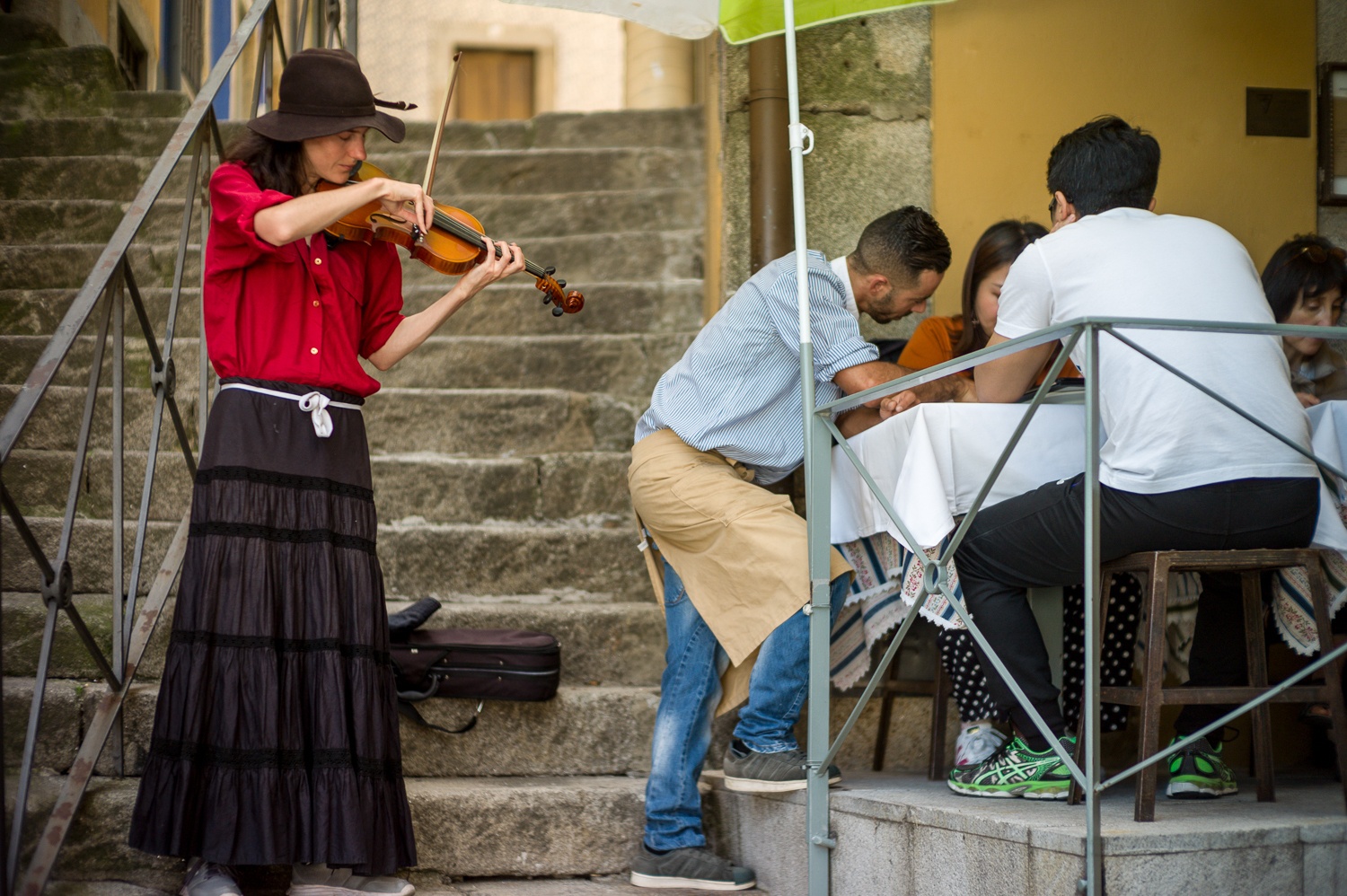 I’d just wanted a little endorphin rush, the type you get by sharing pictures to folk, pictures you’ve taken with a new chunk of glass, you’re looking for a returns such as nice photos and wow, what a good lens for the cost, great catch Adam

What I didn’t want was ‘Adam how’d you like to do some writing on my site?’

But Pascal had a point, it was a long time since I’d written anything here… and besides, DS’s image hosting actually works 🙂

But I didn’t fancy doing a lens review. Nope. Between you, me and the gateposts – I hate doing that…

It’s a thankless task. People dispel your findings. You can’t really do a good job unless you have access to a lab, some rigs, probably some computer software and not to mention of course, your entire review is ultimately meaningless if you don’t happen to have X number of copies of the lens(es) you’re testing to rule out sample variation.

So what you tend to end up with, is some brick wall shots, some rhetoric and a closing off of and here’s some of my favs taken with this optic 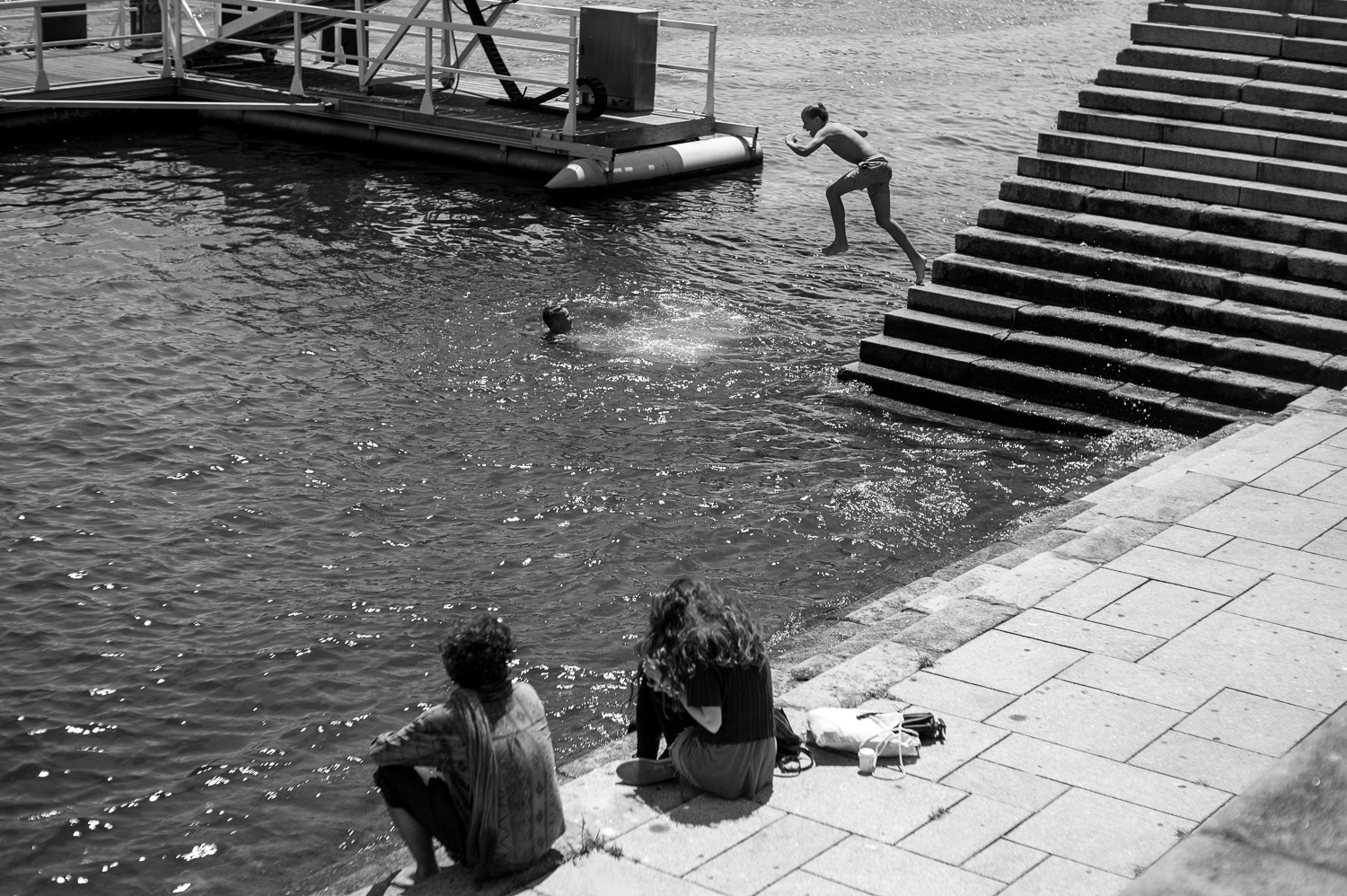 Messing about by the River. Taken with my new lens, can you tell? No. So let’s move on

My last few articles here have all been about the Leica M9. A camera that needs no introduction, as it’ll be reaching it’s tenth anniversary next year.

Still that said, you can catch up on my previous DS M9 articles here and here

The most recent of these articles The M9 dream four months on spoke about adding some more M glass to my stable and using the antiquated, dense little brass lump as much as possible. 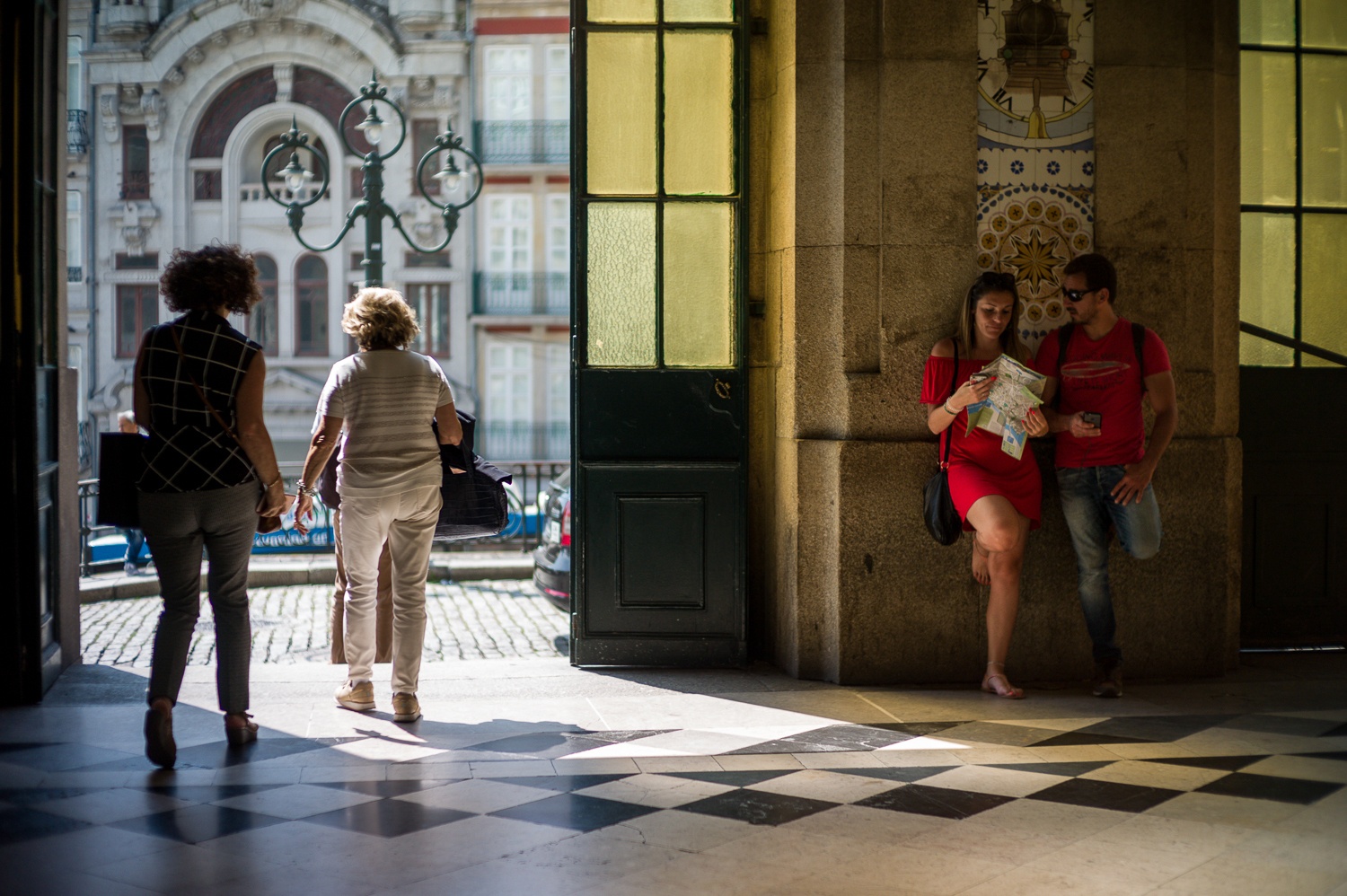 Well it’s now been seven months since I met my hero so I thought it was time to share with you all whether or not the rose tinted spectacles had steamed up, fallen off or stopped working…

To begin with, the M was how you might describe as a sunny Sunday sports car. A tool for simple pleasures. It still is of course! But I have to say I’ve been using it more and more, to continue the car analogy, it now often gets asked to do the school run and the grocery shop

My Mum came to town for some grandchild quality time, normally that would be a modern camera job – the security of AF, Face detect, lots of ISO yada yada.

But this time I wanted a challenge, so I made myself shoot the whole week with the M and all of the three lenses.

Did I miss modern features when I was trying to shoot my five year old bouncing on a trampoline with a 90mm lens and a rangefinder? Hahaha hell yeah, what did you think?  😀 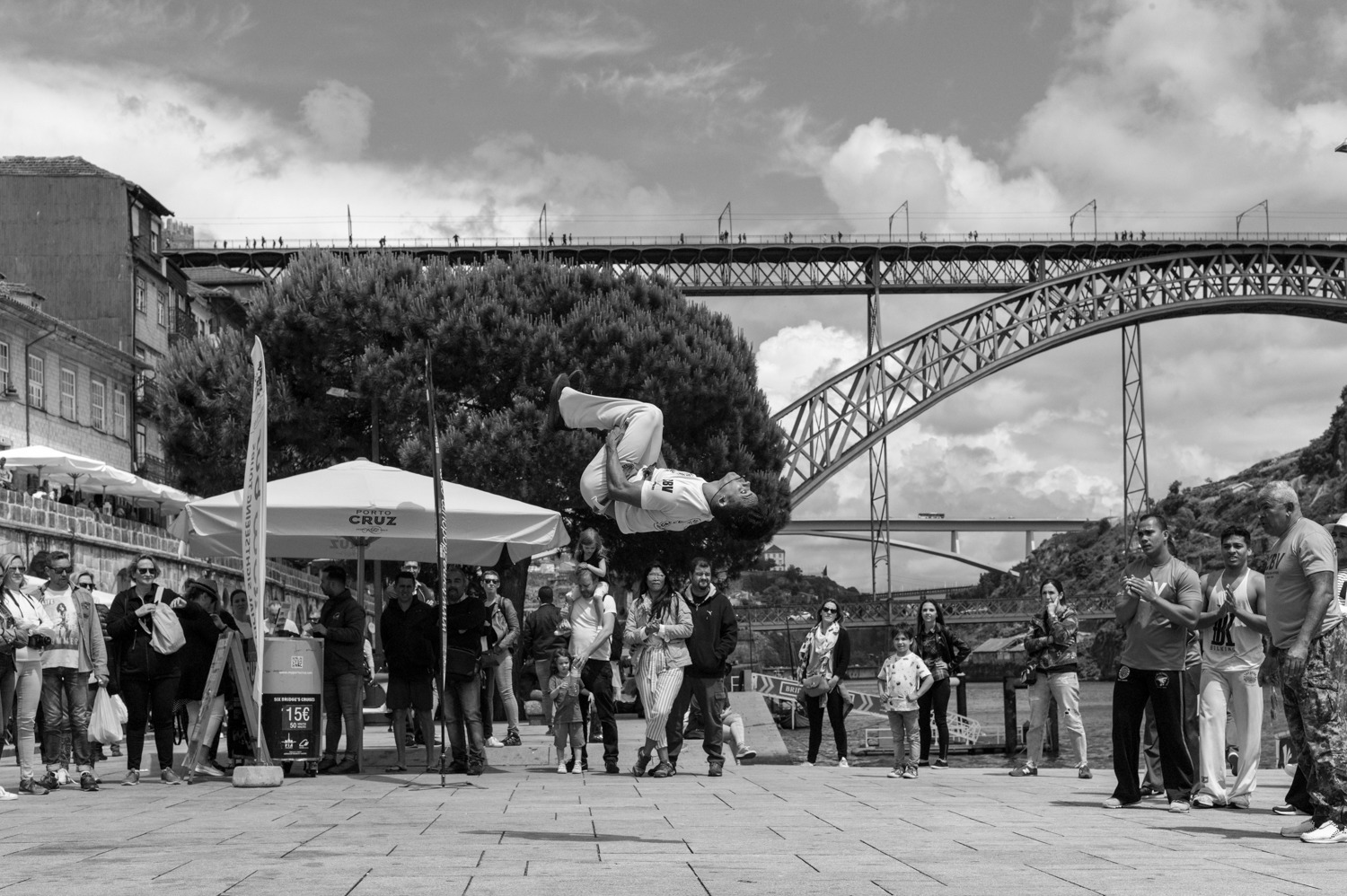 Did I manage to get a shot? Yes. Did I feel a sense of reward because I got that shot using my brain rather than tracking AF mode 7? Hahaha hell yeah, what did you think?  😀

And it was during that week that I really came to realise something about the M. 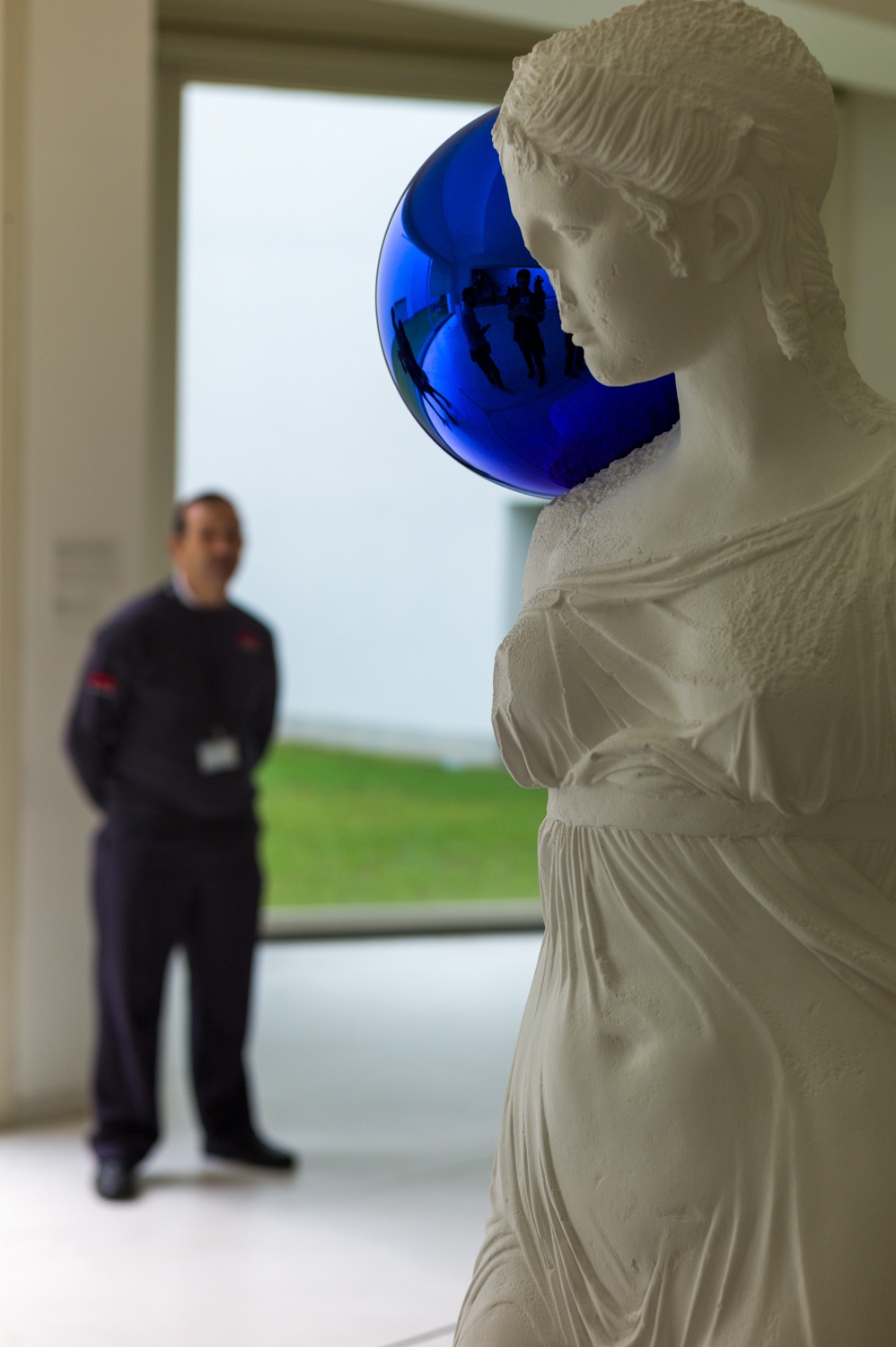 Do you watch the orb or does the orb watch you?

It’s actually (IMO YMMV) a very humble product, made by probably one of the most pretentious camera brands around. The local Leica store has a sign in the window, something like come in and ask me about bokeh (I’m not making that up) – I’ve no clue what they’ll tell you about bokeh, but I promise you this, buy an M to chase bokeh and you’ll need to figure a few things out for yourself. 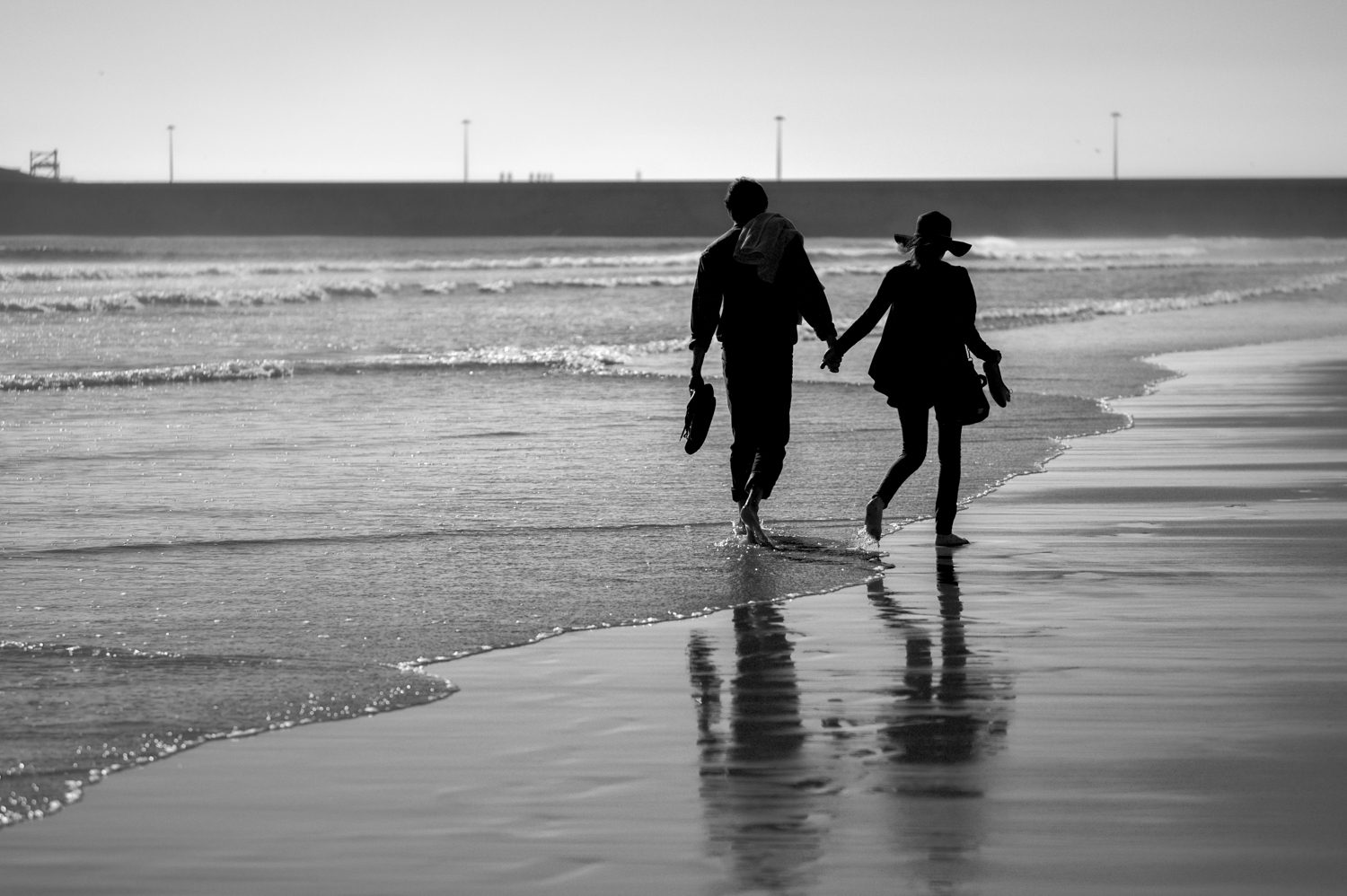 Alone at Last and Skipping in the Sand

And that’s what I’ve been doing with the M these past few months. Chasing pictures, figuring it out for myself and I have to say, rather enjoying the experience.

It a little bit reminds me of being back at college. The camera was all manual. It had a 50mm on it. I took it everywhere, even when I wasn’t at college, and was always eager to get into the darkroom in order to see what I’d been shooting. 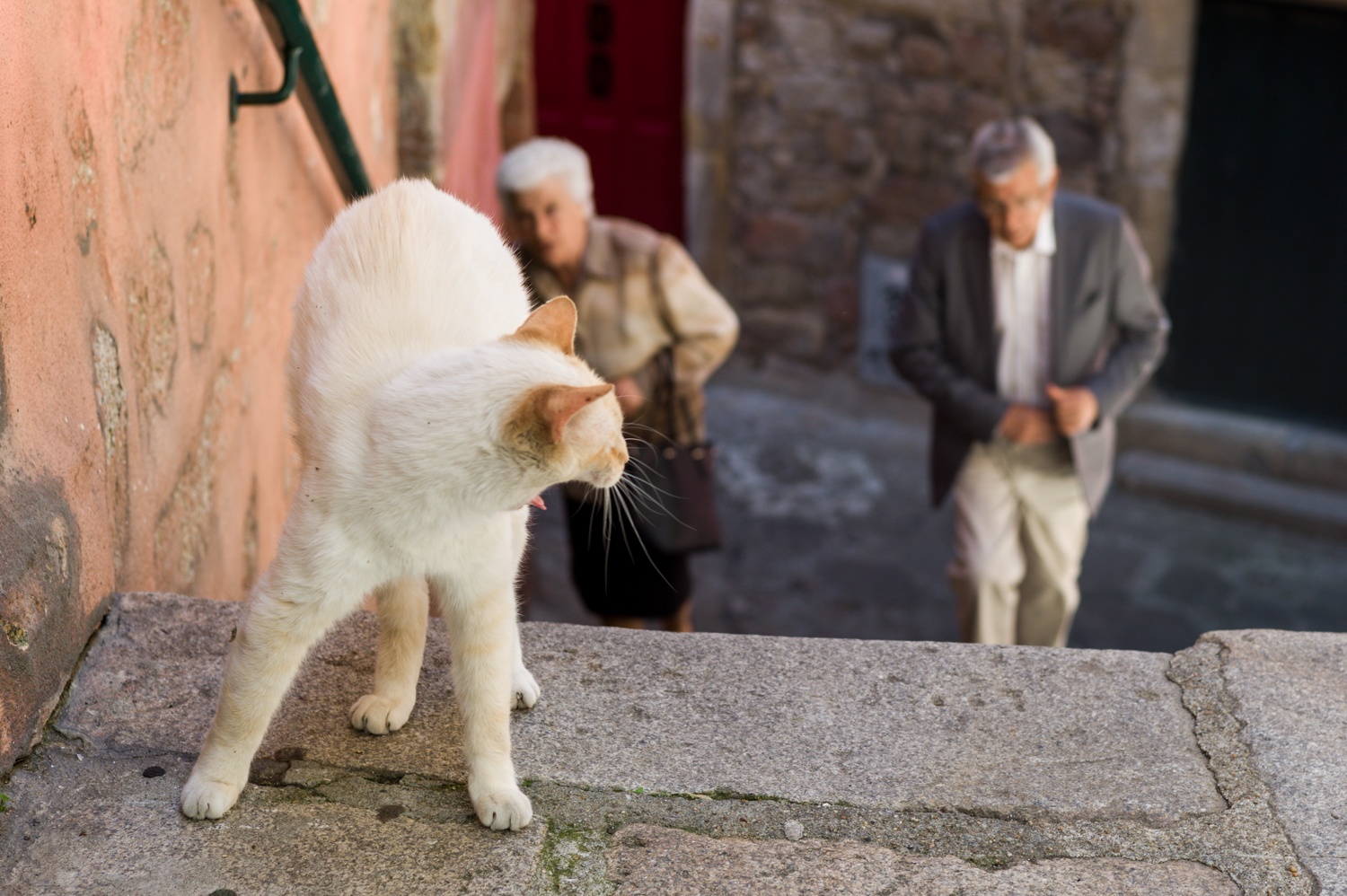 These are MY Stairs

I’ve been living with the M very much like this. As Pascal mentioned in a recent post A quality viewfinder, a direct connection to the shutter and a way to capture an image and that folks is all you truly need….. 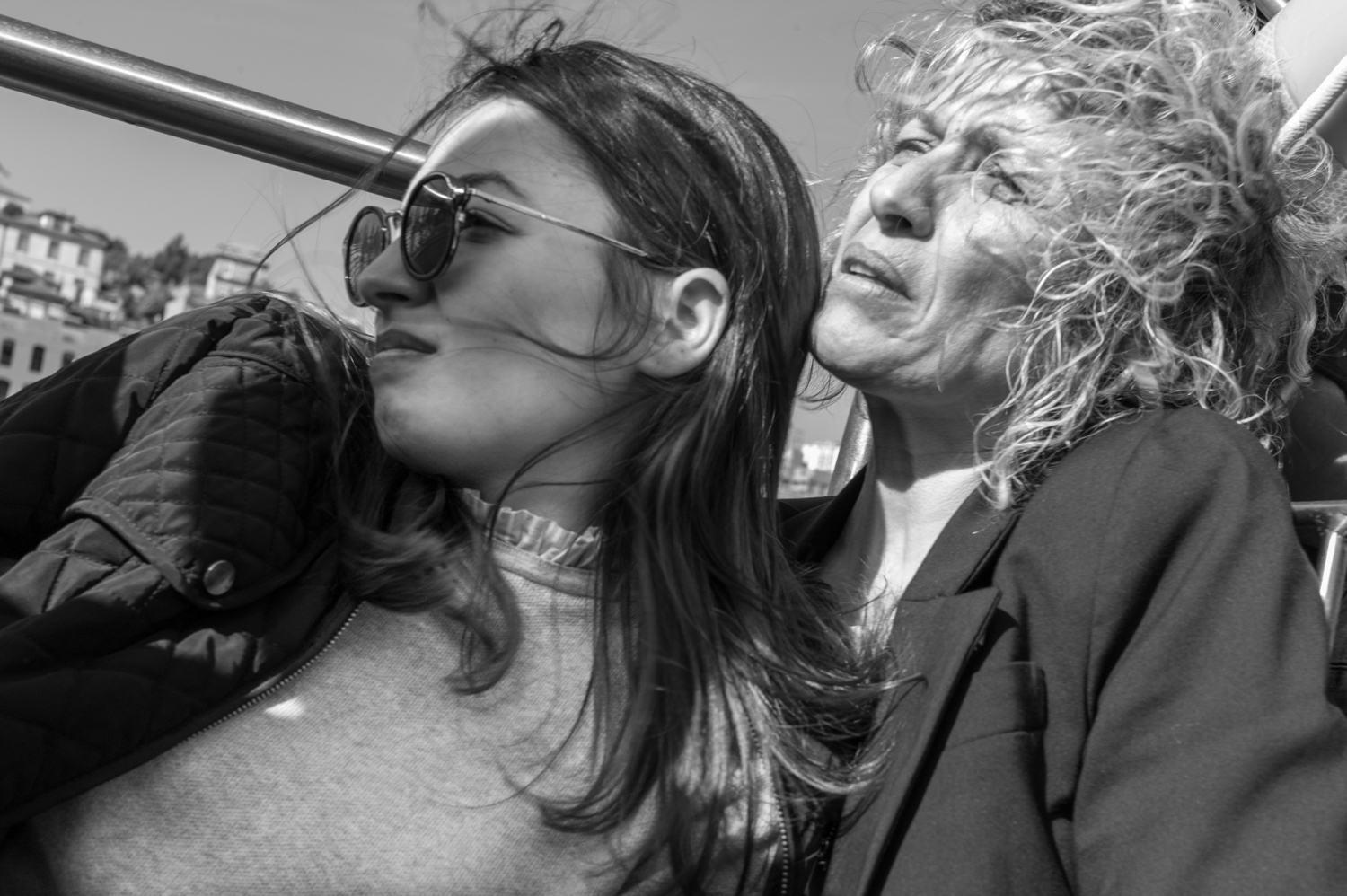 But sometimes, I dunno… how to say…. it’s good to keep your hand in with the old ways, it’s good to go out in the field with the basic essentials rather than wrapping oneself in the cotton wool cocoon that modern cameras offer.

Perhaps you’re reading this and thinking uh-oh, he’s drunk the Kool-Aid… he’s about to say that less is more, he’s about to talk about the unparalleled joy of manual focus lenses, ground glass view finders and the phallic heft of a brass camera 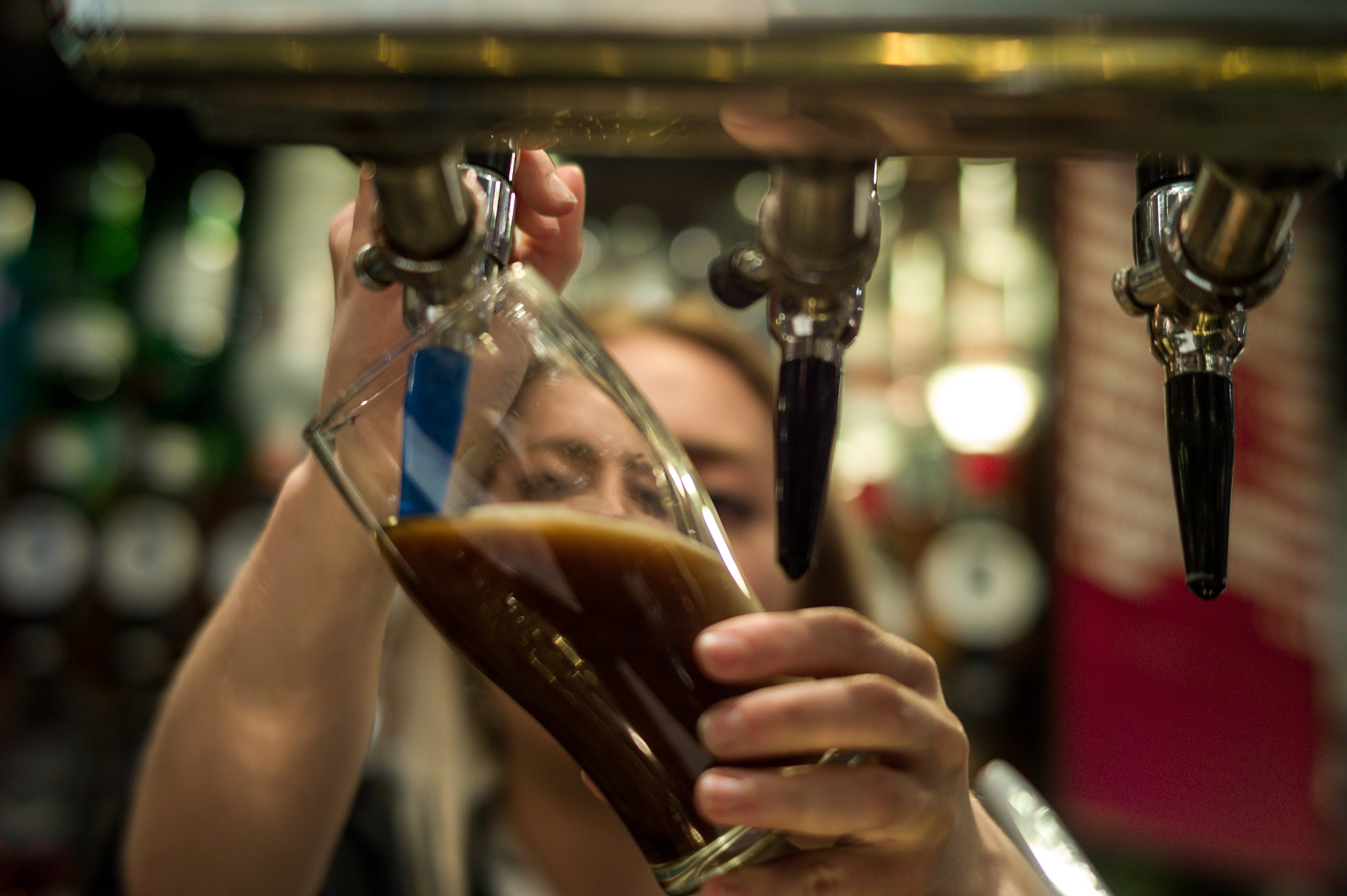 Do you know what the difference is to the viewer between two good (or bad) photographs taken with two completely different camera systems. That would be sweet FA.

Do you know what the difference is to the photographer between a camera system that s/he enjoys shooting and enjoys the images s/he gets from it vs one s/he doesn’t? 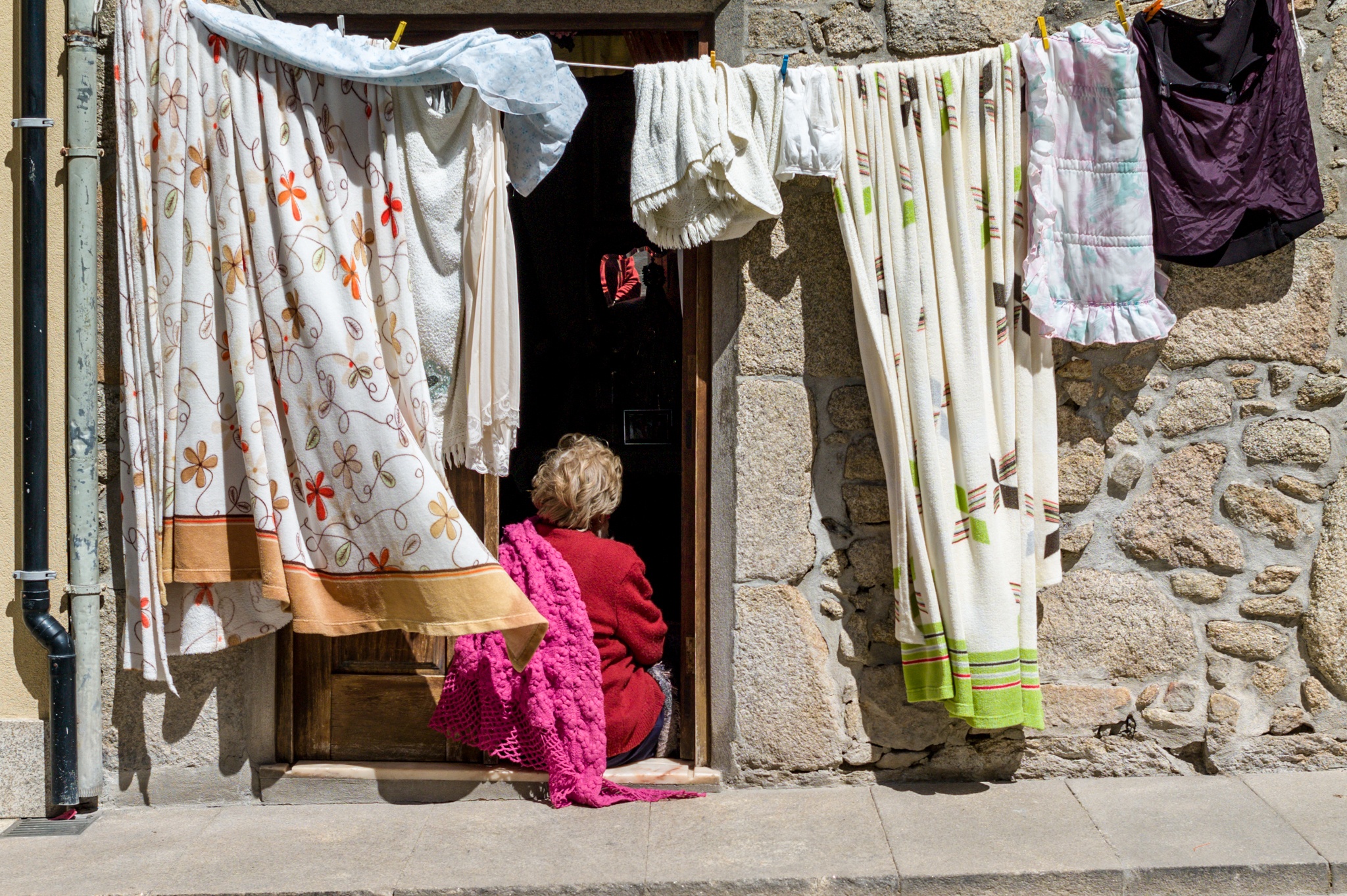 Good photographs are within the grasp of pretty much any camera (but not necessarily every photographer of course). I think we’ve all known this for a while now. Sure you can make them with varying degrees of ease and computer-camera assistance. But nearly all cameras can do a good job in nearly all scenarios.

So why not shoot with a camera that you enjoy using? Why feel you can’t trust a camera if that camera demands that you trust yourself? 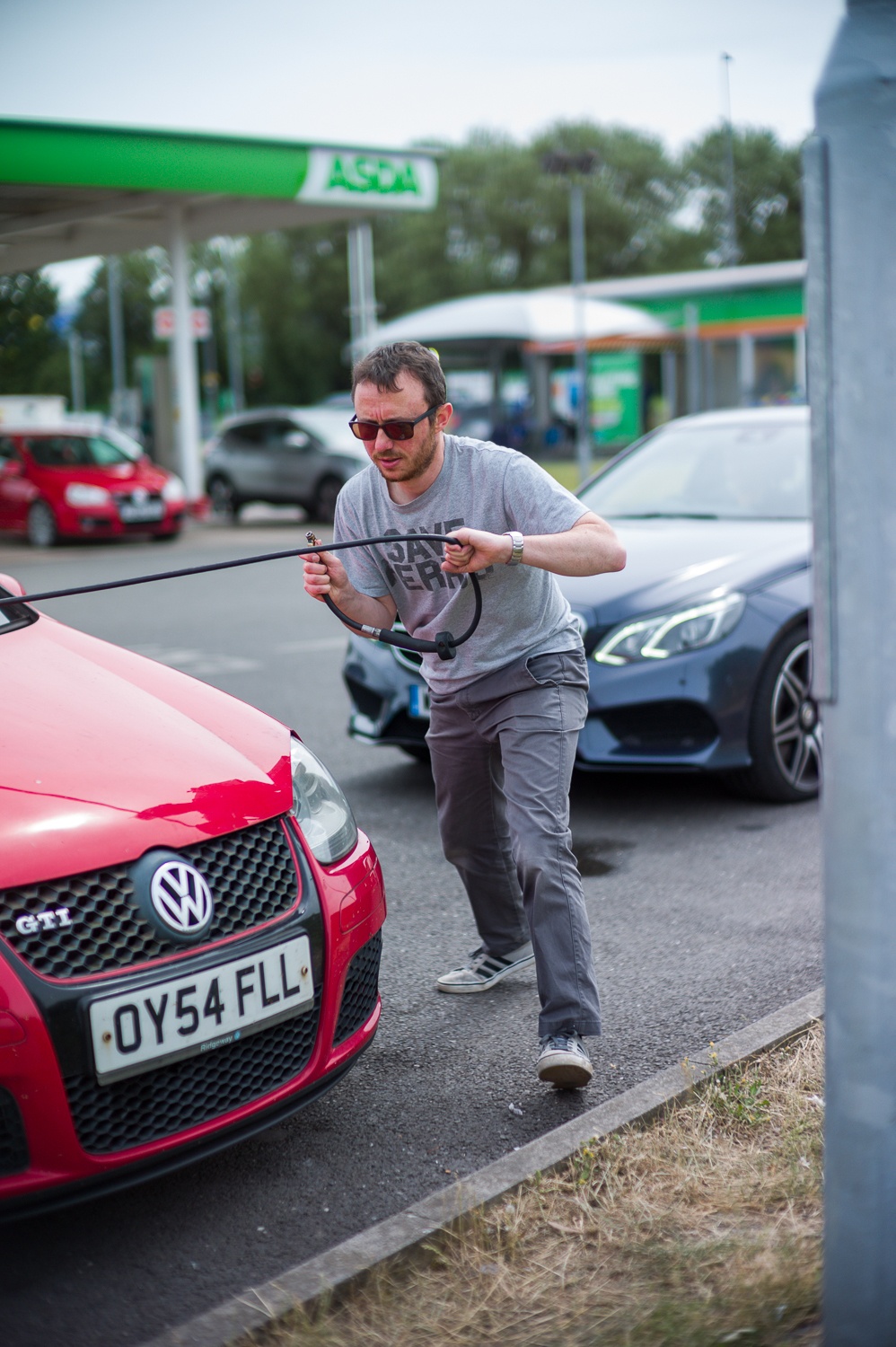 And if you truly feel you need a more automated camera (and no judgement here) then surely you should still trust yourself to be able to make it work?

Am I about to speak about rediscovering the joy of photography? Hum, no. Why? Well using a (largely) manual camera, focus traps, subject anticipation, etc isn’t joyful, it’s hard work. Hard but rewarding work, enjoyable but not joyful, like an exercise regime that has the desired result. 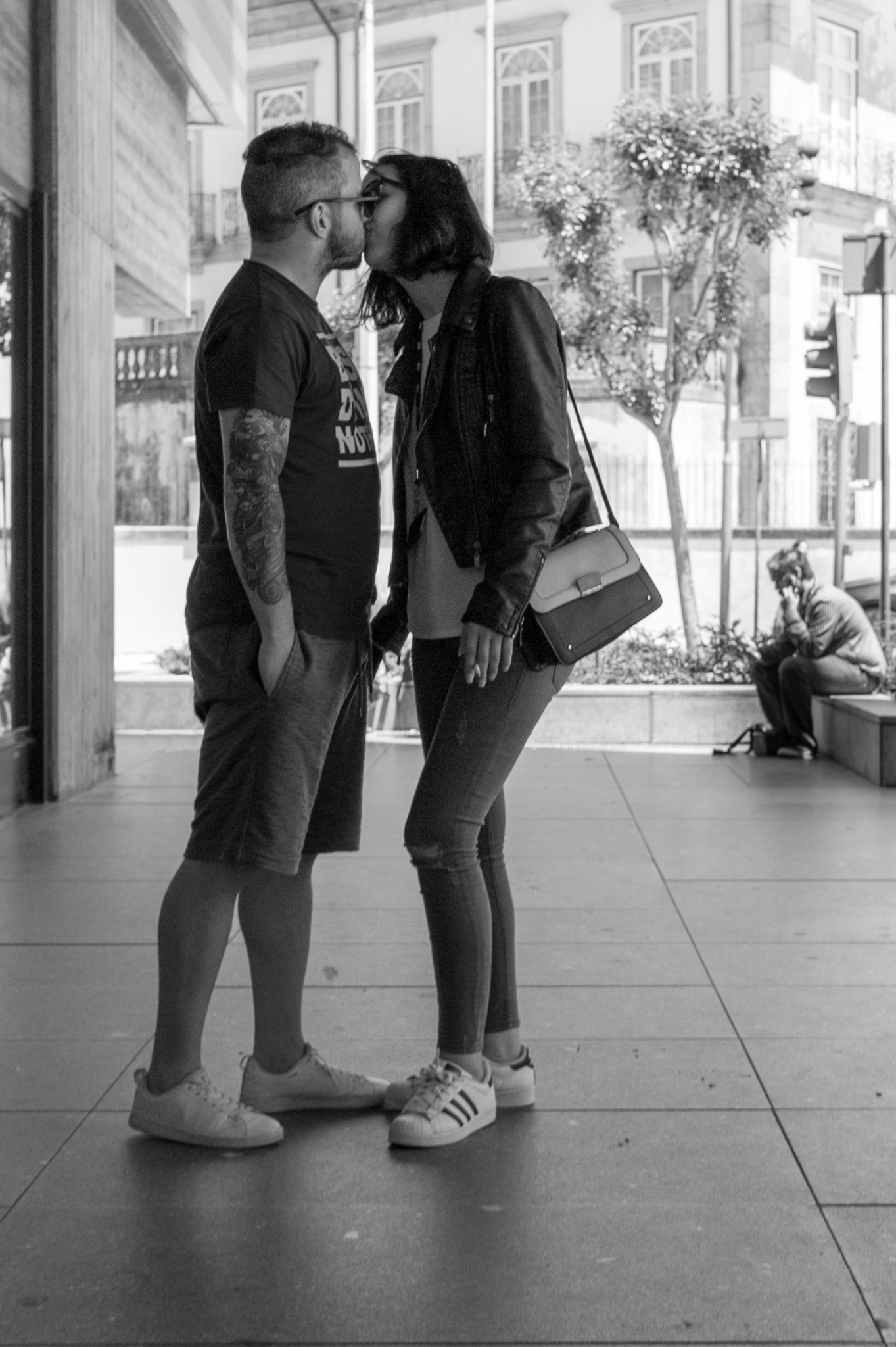 Digital photography carries with it a colossally disproportionate equation between pressing the shutter and having an image that you’re happy with.

Feel free to read that again.

I got into photography when as a 15 year old, my father sent me on a week long trip to the middle east  and gave me three rolls of film. 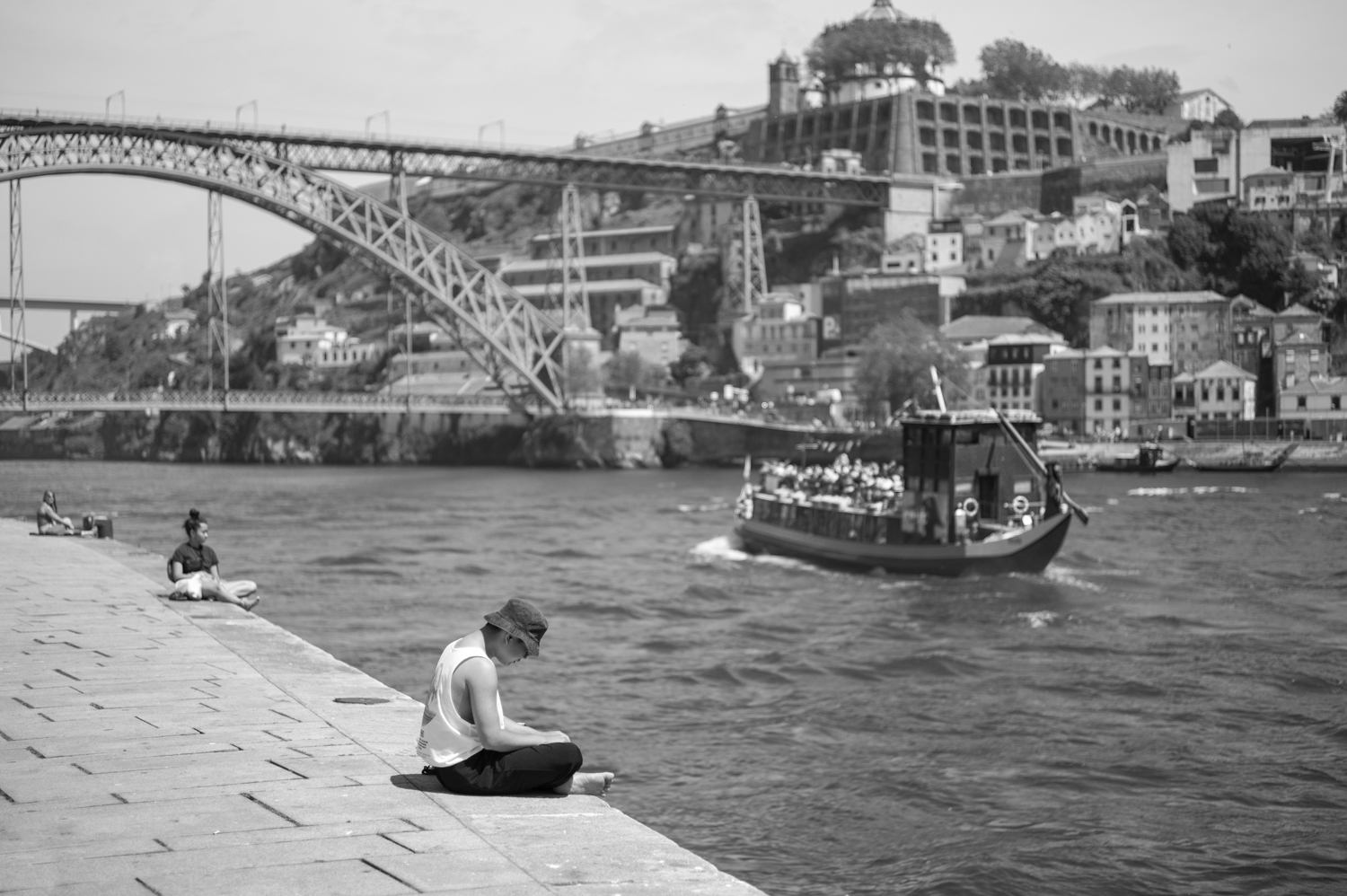 These days we can come home with more shots than that if we take our kids to the local park for half an hour!

So what does that mean? Disproportionate equation between pressing the shutter and having an image that you’re happy with.

It means that whatever digital camera you buy, you’re going to end up with one that delivers frames you consider mediocre waaaaaaaaay more than frames that you don’t.

Or put another way… You’d better buy a camera that you enjoy using, because you’re going to be spending an awful lot of time using it to shoot zilch. 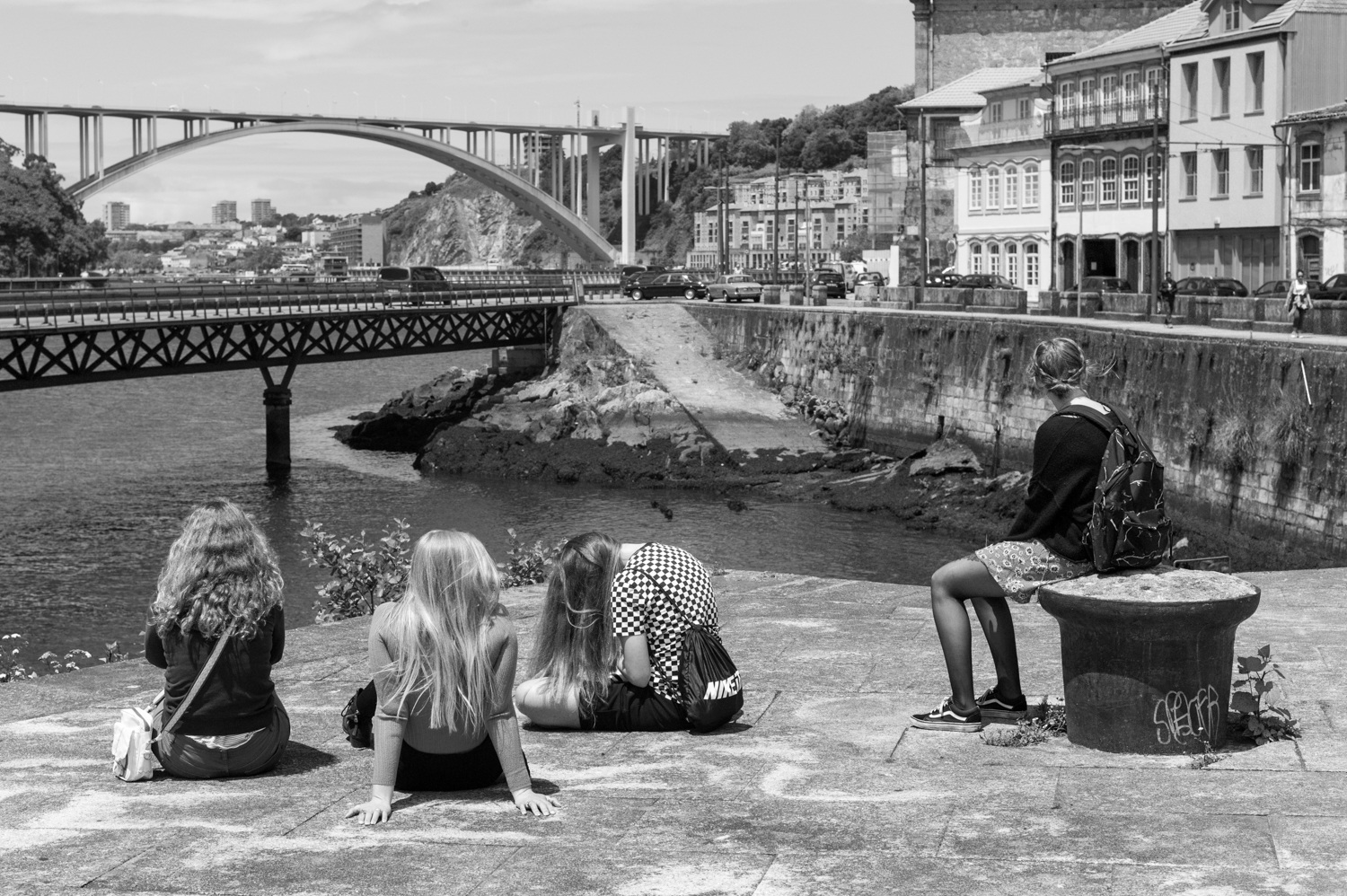 And that’s how I’ve felt with the M9 these past few months. I enjoy the reward of shooting with it. Very much. Like I wrote before, in that very first review:

The Leica is literally a fixed point and I must pivot around it to get to where I need. This couldn’t be my only camera, but for many applications it is indeed a nice way to work 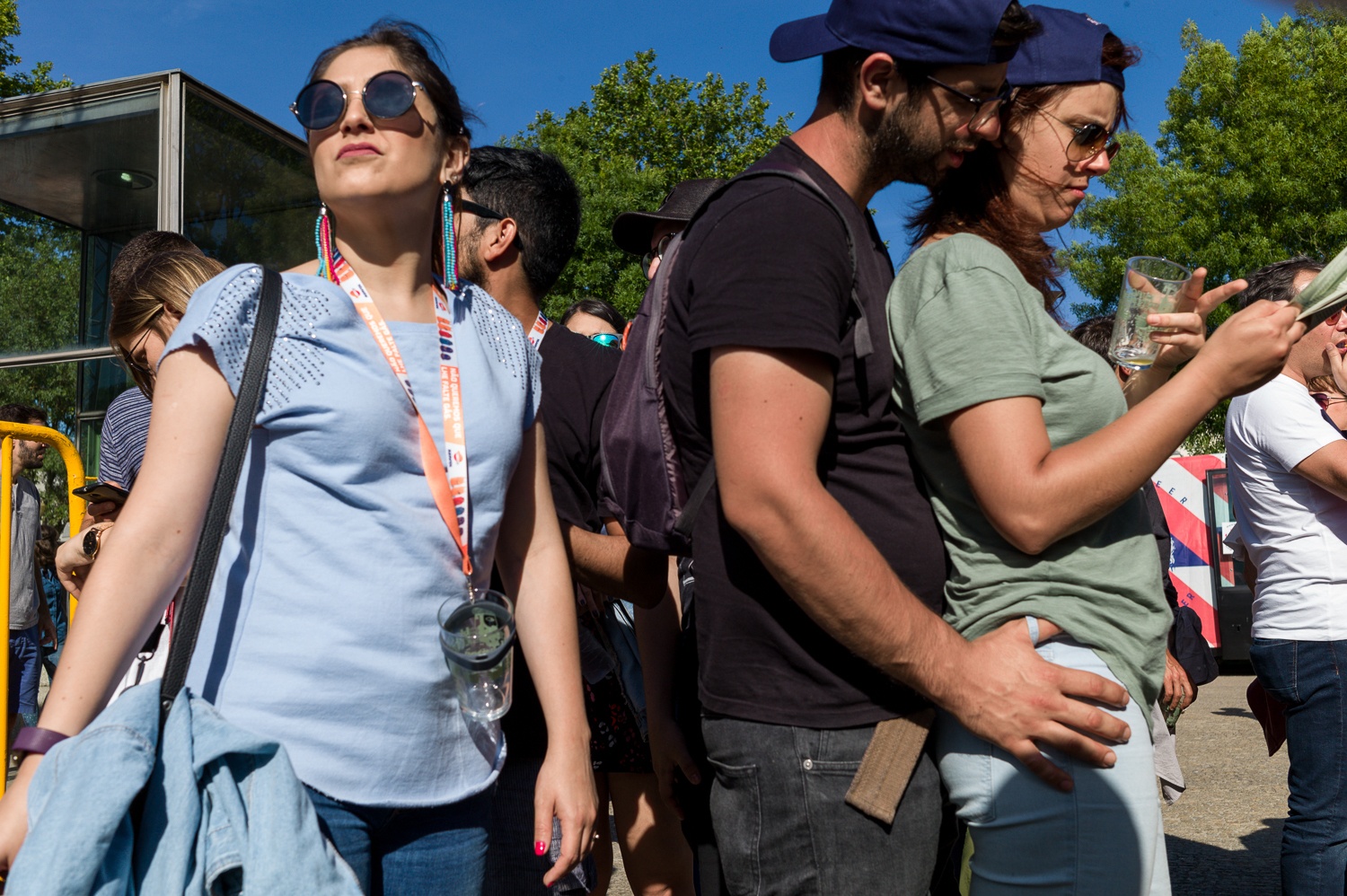 So, you’re looking at some of my shots…. are they going to be the best shots that you’ve ever seen? Will you race from your internet enabled device having read this and immediately need serious time in a sensory deprivation tank, so that you can gather your thoughts and re-discover what it means to be human?

Hahaha hell NO, what did you think?  😀

No. There is no relationship between the camera and the viewer’s reaction to an image. That camera-human relationship is a personal thing between you and your gear.

Less is more? No. More is less. We take more pictures because modern digital cameras compel us to do so, but we don’t necessarily get more acceptable photographs. By taking more photos we spend more time shooting, so we ought to try and find cameras that we enjoy spending time with and have less issues, quibbles and foibles with. 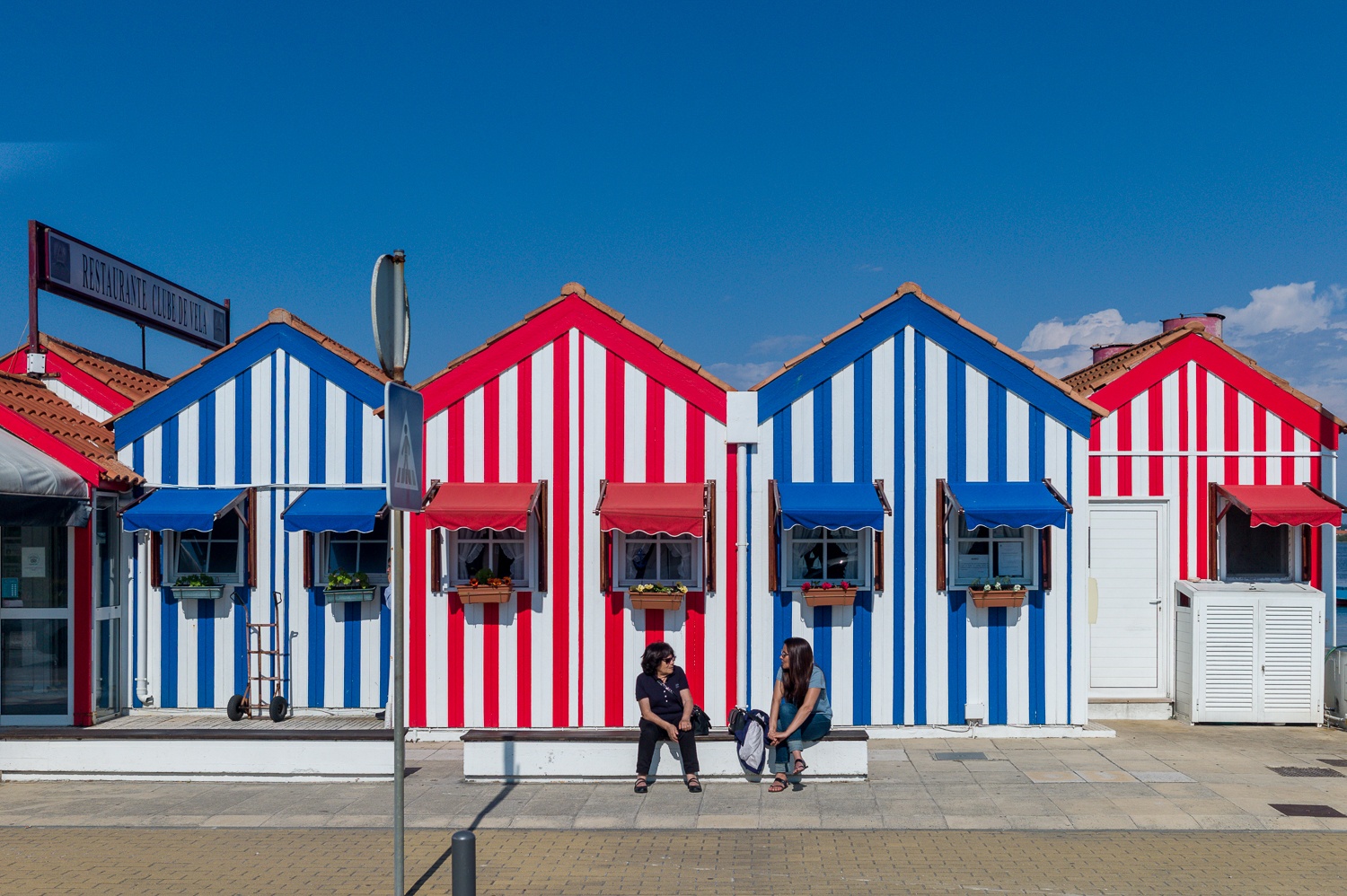 The M9P has been my constant companion for the past months, only the most challenging of conditions has dissuaded me from using it.

So let’s be honest, if I’d said these are all taken with my Fujifilm or my Panasonic or my mate’s Sony, would you believe me? Of course! The camera used is not something that’s very relevant to the viewer of the photo (IMO – YMMV) 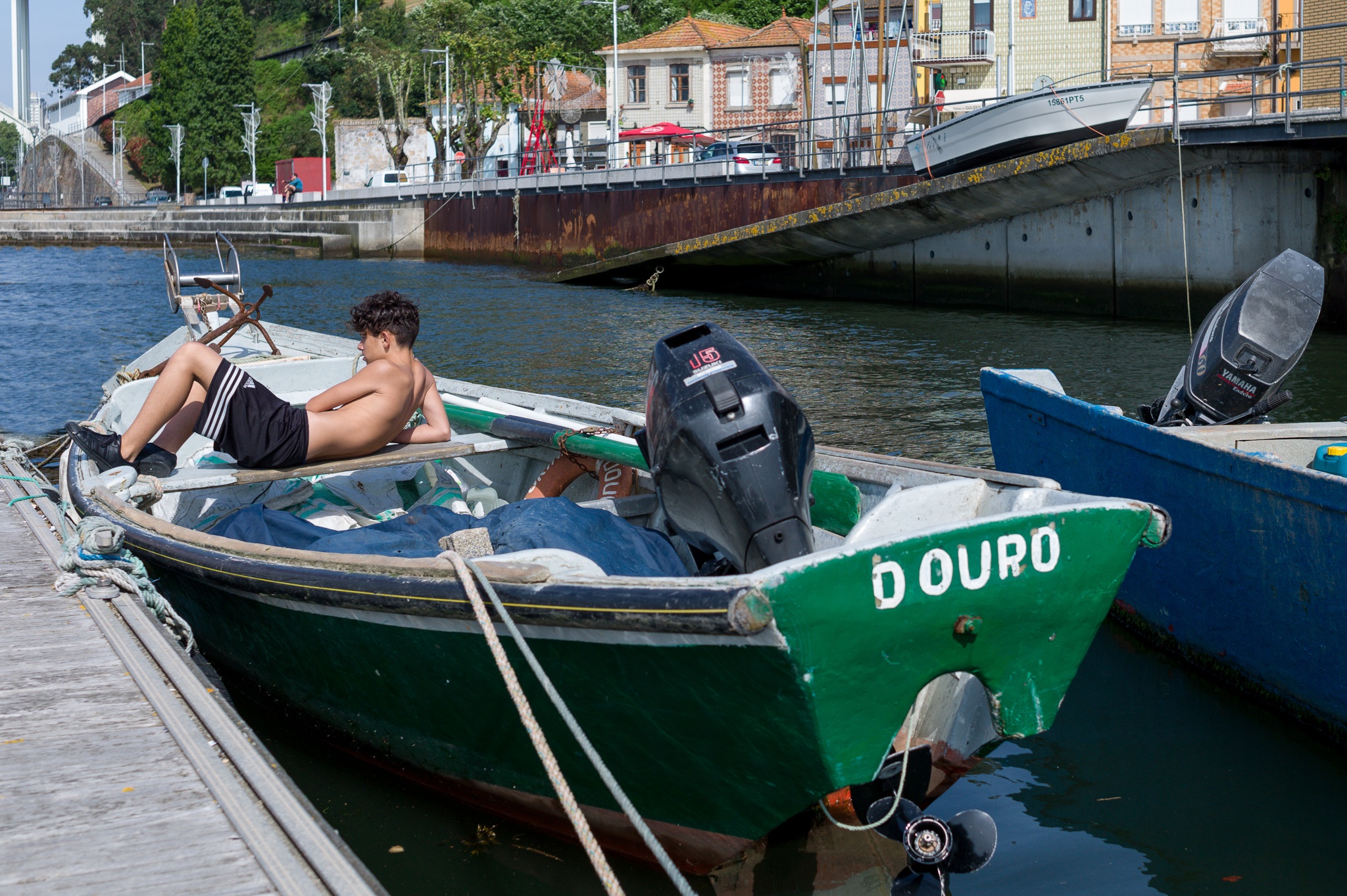 The Boy in the Boat

And that’s really the point of this article, the continuation of my M9 story isn’t about the camera at all. It’s about shooting pictures, feeling compelled to pick something up and use it, to look to yourself for the solutions to the challenges of the shot. 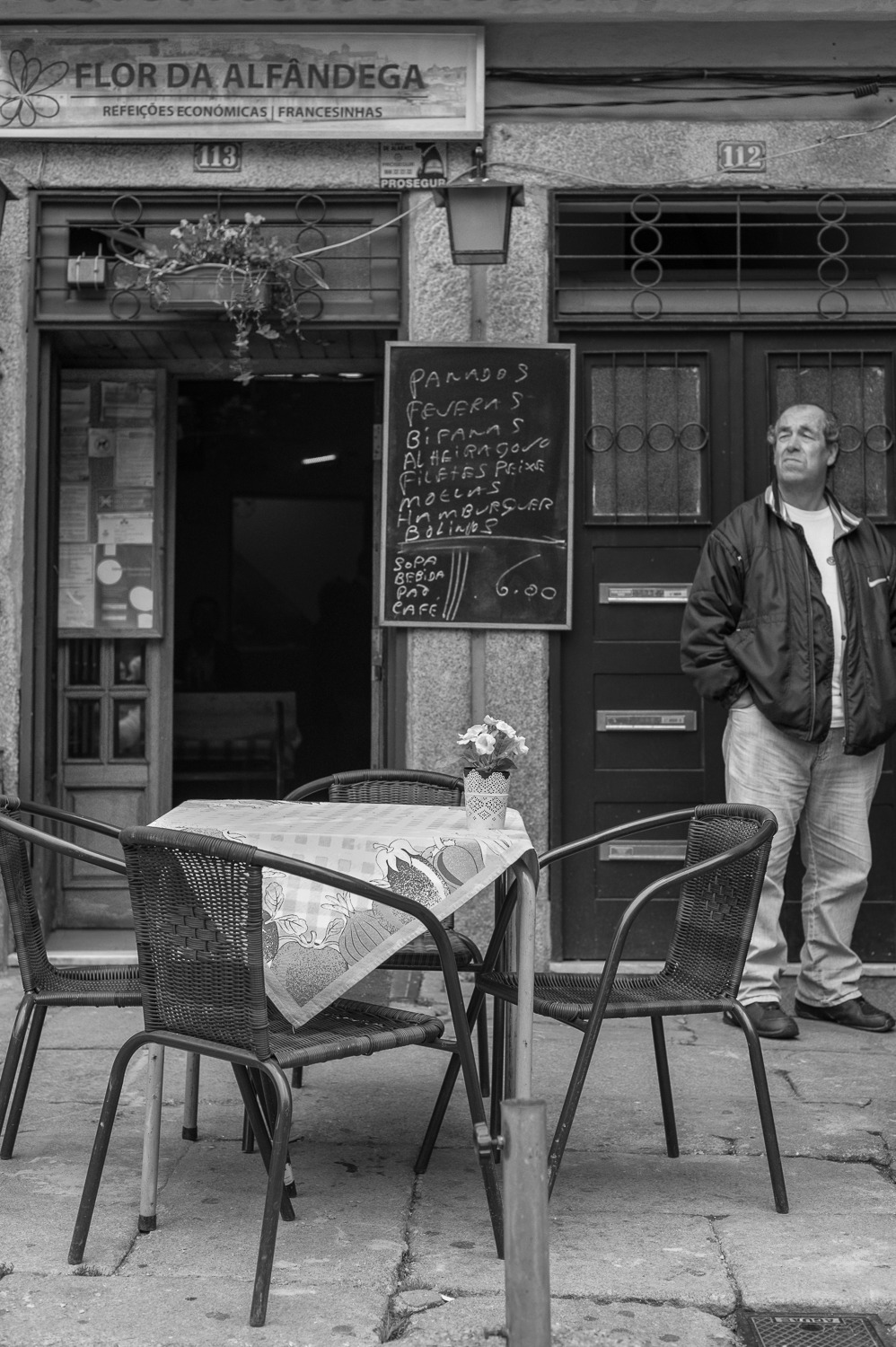 It’s not about less is more it’s not that all we ever need is a quality viewfinder, a direct connection to the shutter and a way to capture an image. It’s about being happy with a way of working, about pushing yourself for the end result.

Crazy talk? Could be….

…..But I’m enjoying the al fresco adventure that is Leica la la land very much. 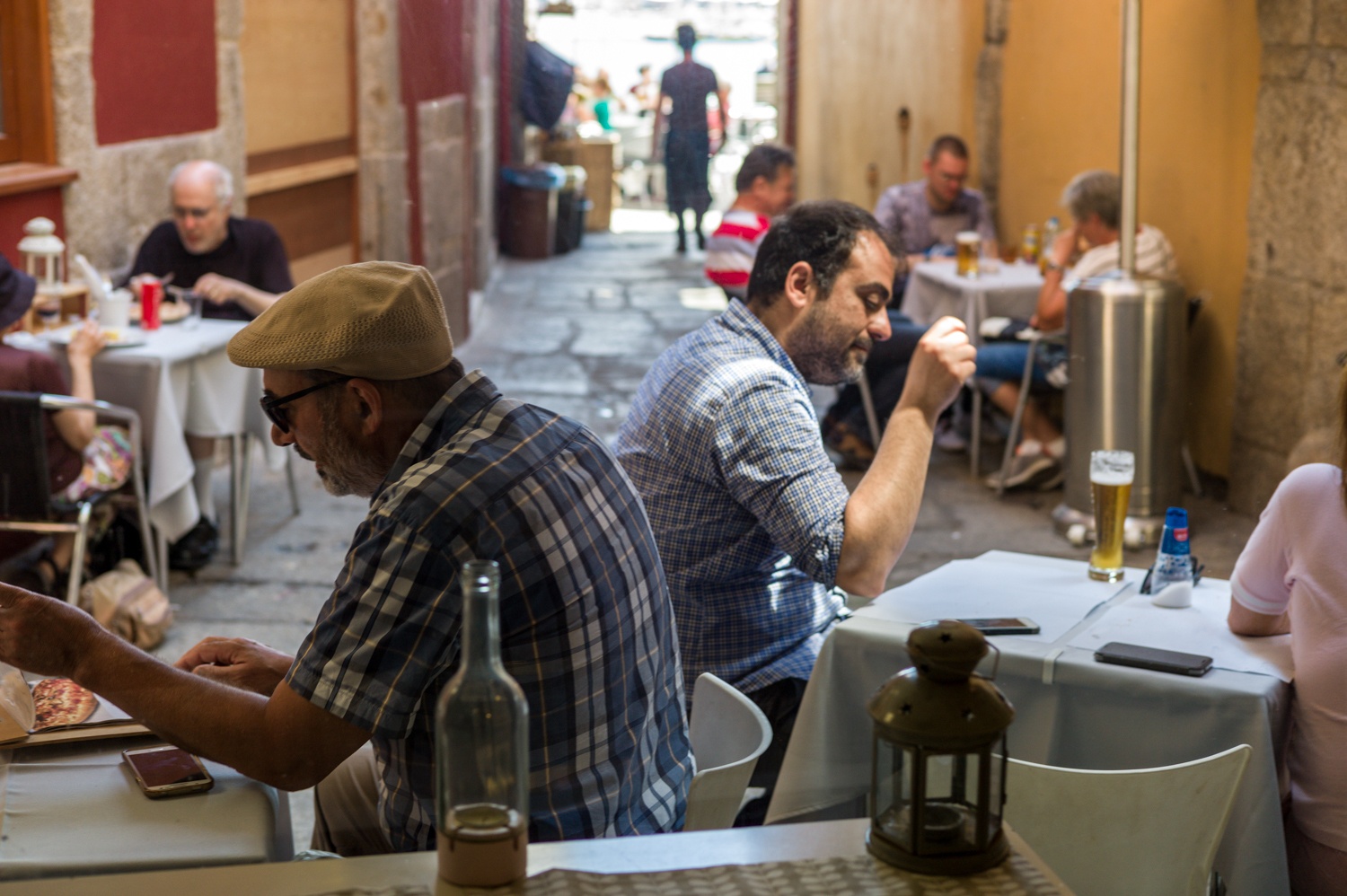