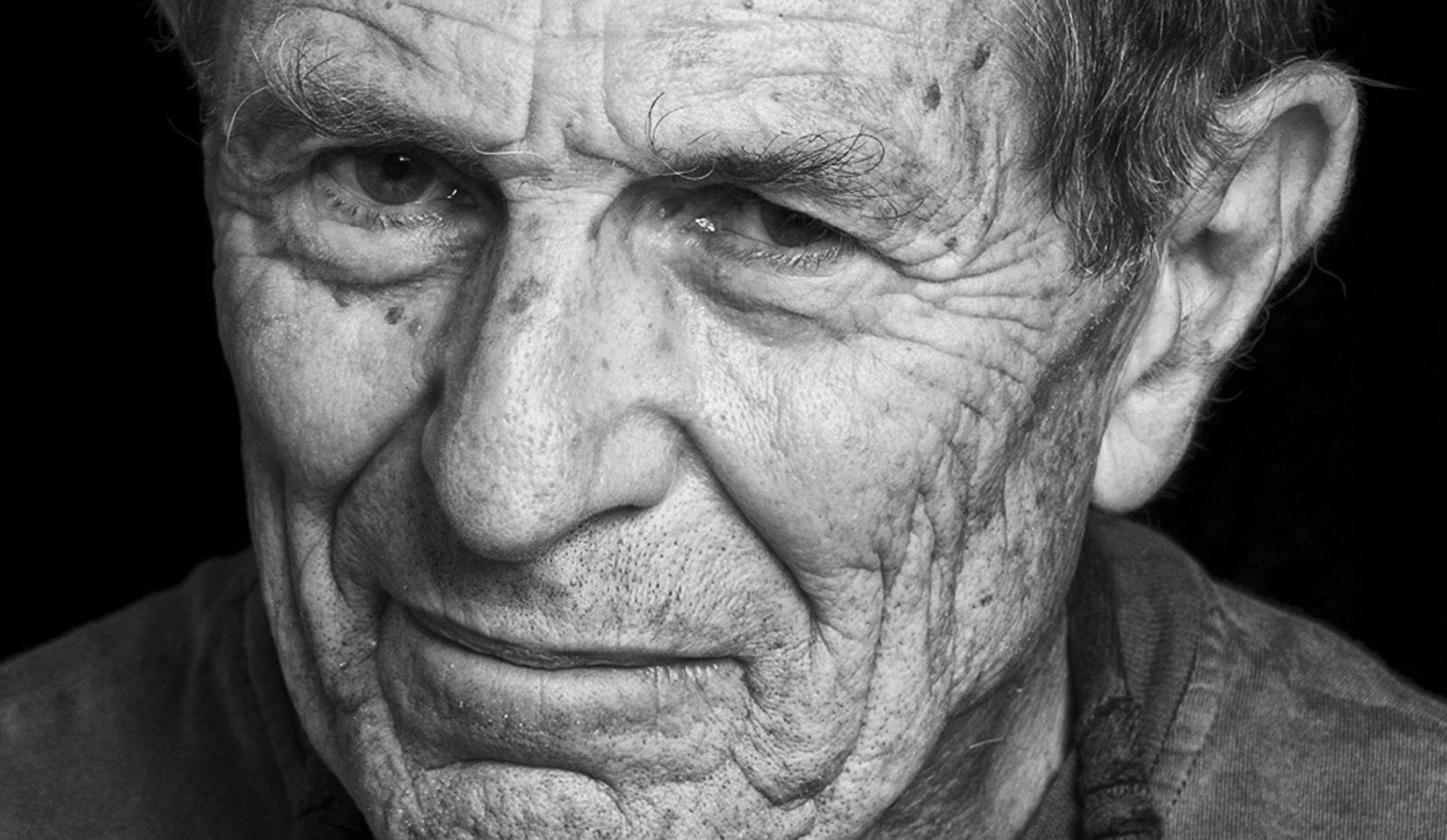 David Goldblatt left us yesterday. The scorch marks he leaves on South Africa’s photography, our society, history, our politicians, politics as a whole and the entire mining industry will be visible for decades to come.

I first encountered David’s work in the late 1970s, when I bought two groundbreaking books of his black and white photographs; Some Afrikaaners Photographed and On The Mines.

The first dealt with the volk, their rigid lifestyles, loneliness and struggle to adapt in a rapidly changing world. It is a collection of the starkest of images, bleak and empty of so much of the joie de vivre the rest of us take for granted.

On The Mines was and remains a triumph of photography. A celebration of the impossible, made unbelievably and inconceivably real. David’s subject matter was the the country’s mine workers and their working conditions; labouring in the extremes of mine shafts more than 4000 metres deep, at more than 40 degree Celsius temperatures, total darkness and close to 100% humidity for eight hour shift after eight hour shift. I had no idea how David got those images, but that didn’t lessen their impact.

In 1982, we (I owned and ran a creative agency for many years) were asked to pitch for an annual report project for Impala Platinum (Implats), one of the largest platinum mining operations in South Africa (and the world). The litany of coffee table-style annual reports piling-up unread remains to this day and so, we set out to achieve the opposite; show the danger, challenge, bravery and grit the miners and their employers put into every gramme of shiny metal they produce.

I used On The Mines for source material and we won the competitive bid, but not without many arguments from those that preferred the glossy book approach.

I then had to convince David to come and shoot the photographs, a task that didn’t turn out to be as hard as I expected. We then spent several days at several of Implats’ shafts in Rustenburg, around 150km from Johannesburg and around 3000m underground.

Not a big man, David carried his own kit (I got to carry – and struggle with – his battered, old tripod), shot with Kodak black and white film and a pair of Leica R4s. He eschewed supplementary lighting and I recall him setting up to shoot one of the mine’s underground horizontal ski lifts*. The area was almost totally dark – there was just the illumination from our own hard hat lights and a couple of fluorescent fittings at least 50m away.

A week or so later, David showed me his contact sheet and there in the middle was the ski lift and riding it, two miners I hadn’t even been aware of. He never would divulge how he shot and processed that film and I suspect like so many craftsmen of a bygone age, David has taken that one to his grave.

We – the team, including the client – won an award for the report and changed many people’s ideas about how tough and un-romantic mining really is. David’s photographs told most of the story for us.

David and I remained distant acquaintances and in 2011, I was able to contact David again. South Africa’s Daily Maverick explains:

“Goldblatt wrote an email to the Chancellor of Orders explaining that he was declining the Order of Ikhamanga, a national honour awarded by the presidency to individuals who have made outstanding contributions to arts, culture, literature, music, journalism or sports. Goldblatt was awarded the Order in April, and had accepted it, but it was due to be physically presented to him at a ceremony in April 2012.

In his email, Goldblatt writes: “I profoundly regret to inform you that I now decline the award”. He explains that he does so in protest against the parliamentary passing of the Secrecy Bill  (the Protection of State Information Bill), and in protest against “what has been done to the spirit in which the award was created”. He quotes from the official preamble to the National Orders, which cites a “culture of human rights” and a “respect for the dignity of the human spirit”.

“I submit Mr President that you, your Government and the party that passed this Bill are in contempt of that spirit,” he writes, citing the Bill and the manner in which it was passed in the face of public opposition as “the very antithesis” of the spirit of the national awards. “To accept the Order of Ikhamanga from you on 27 April  would be to endorse your contempt,” he concludes.

Daily Maverick asked Goldblatt why he chose to take the step of declining the honour rather than engaging in another form of protest. “Because I don’t want the award!” he cried irascibly. “If I had already been physically presented with the award I would have returned it.”

I’m never likely to win such kudos and the wanted to thank him for his stand and say “Thank you” on behalf of the rest of us.

In 2017, David announced he would leave his archive to Yale University.

The last time we spoke, he told me that his two Leica R4s had been stolen, along with several lenses. Undeterred, he’d bought some new (unspecified) kit and once more out shooting his next project.

Please follow these links to see and read more about this extraordinary photographer:

Through the lens of David Goldblatt – Daily Maverick, 25 June 2018

Mines of the beloved country: Through the mind of a photographer and essayist – Daily Maverick, 5 November 2012

* The lifts are little more than steel seats suspended from an overhead conveyor, used to move hundreds of men from place to place as they come on and off their eight hourly shifts.