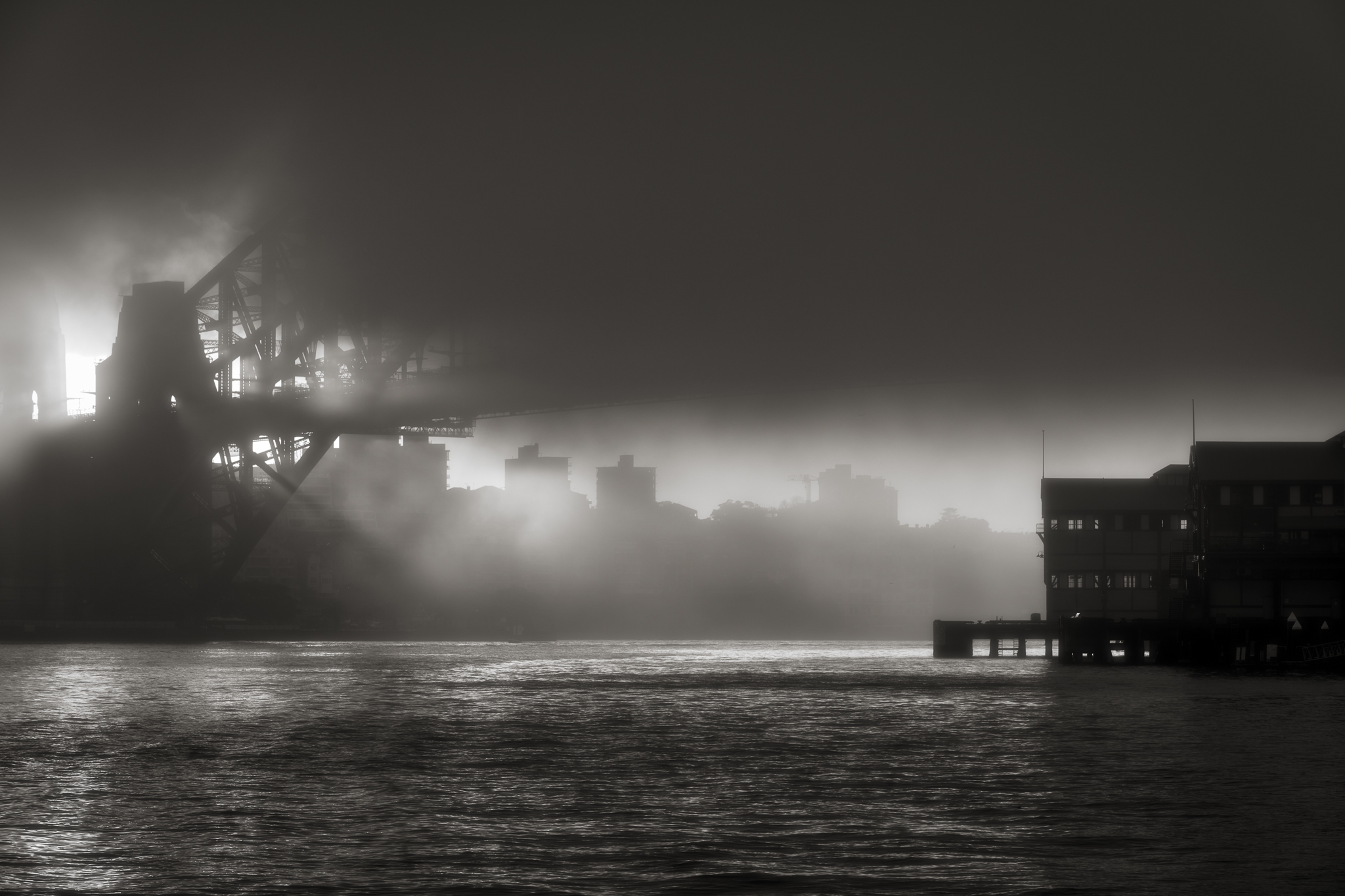 GAS we’ve all had it, in mid May, it struck with a vengeance.

The thought process was; maybe, I should change systems and ditch the heavy Nikon D810 and go for a more compact body, like the relatively new highly acclaimed Sony A7R 111, surely any bugs of the previous versions have now been ironed out!.

An adaptor could be used to enable the use of my Nikon mount lens, problem solved.

I spoke with several people who had changed from Canon to Sony their comments were “I won’t go back”. Nobody I know has switched from Nikon to Sony, maybe I live in a small world. The only thing ex Canon shooters recommended was to switch completely and not use lens adaptors as auto focus could be effected. As I use Zeiss Milvus MF lenses this was not a concern.

I asked Philippe of his thoughts which basically aligned to mine.

“There is no doubt in my mind that the D-850 is a very nice camera, and a very fine image maker. If I had to point out differences there are some between the 2 cams. My opinion is that the Nikon has better in-camera processing, including colours, meaning images require less PP, and are sometimes outright better. It is also more robust, including better weather sealed. It is a much quicker camera, with essentially no lag. And many prefer an optical viewfinder.

The Sony on the other hand offers IBIS which, for me is major. It offers an EVF with magnification, which helps in some cases. It is lighter and smaller, but how much that matters is individual, the Nikon may be preferred by people with larger hands and for better balance with heavy lenses.

One area where the Sony is unquestionably better is the huge choice of lenses. Just about anything works (not the Leica rangefinder wides, though). But how much that is worth to you depends on which direction you are giving your lens kit….”

I didn’t consider the lenses as all mine are Nikon mount. 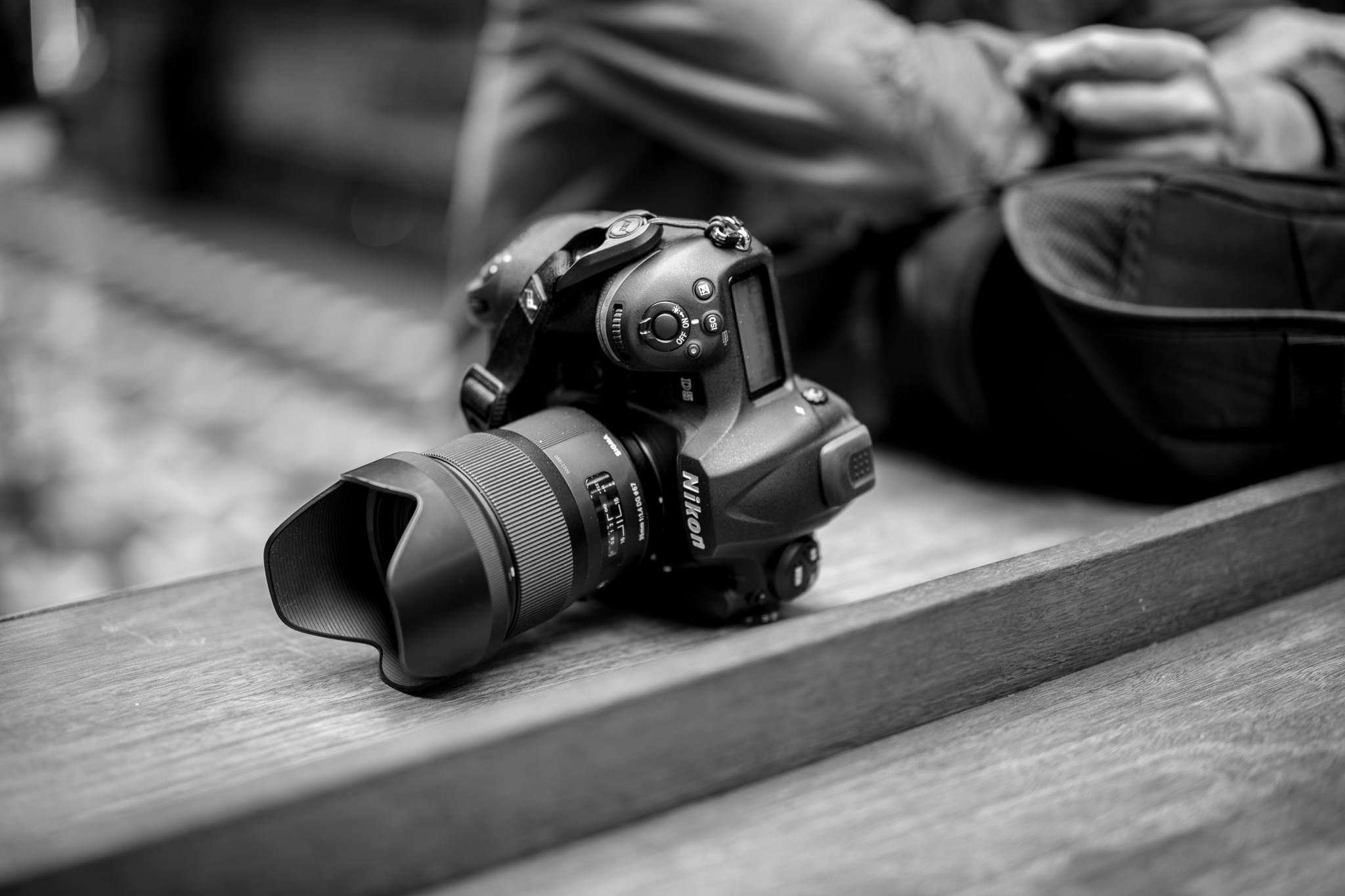 Previously in #649. Three and half hours with the Nikon D850 I wrote that I decided that Nikon D810 was all I needed or wanted at the time. How times change, well 9 months is a long time isn’t it?

After much deliberation and many hours watching YouTubes reviews of both contenders, I decided to stay with the Nikon.

My main reason for change was to get  a smaller/lighter body after taking into account adding an adaptor to the Sony there was there was less 250 gms saving, not much. Also to swap to Sony I would need to purchase the lens adaptor, spare battery and shutter release. The smaller body of the Sony didn’t really suit my hand, my knuckles touched the lens body and wasn’t comfortable. I also didn’t want to have two camera systems to navigate and remember at that critical time! 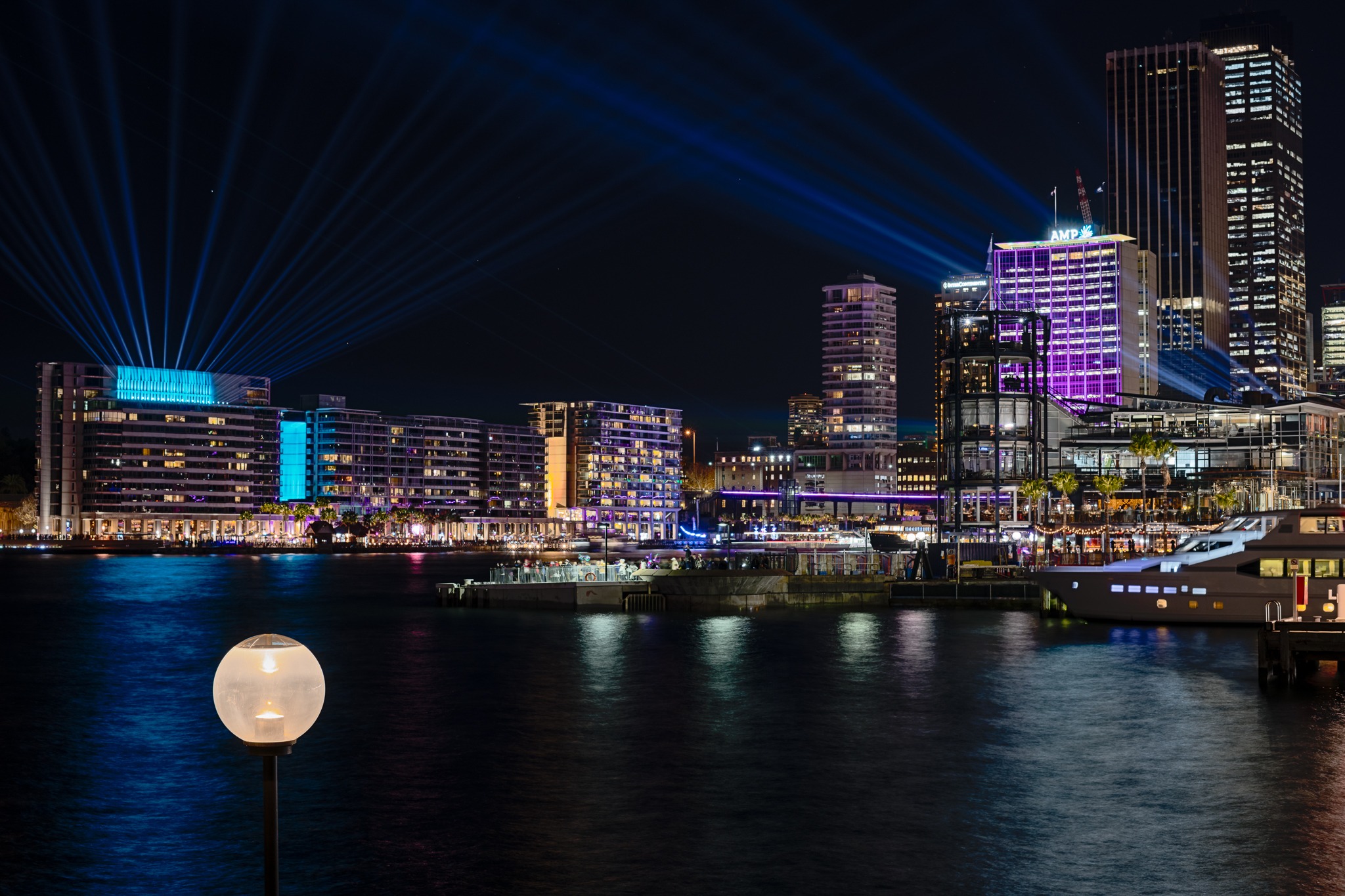 Pascal has asked, I provide my thoughts on the D850. I’m not going to go into too much technical detail you can find many reviews on the web and YouTube by the regulars who do reviews for a living or are paid to, well I’ll leave that one alone!

Initially, the 850 feels extremely similar to the 810, but it is different like 810 was from the 800. Small changes like a deeper grip making it more comfortable to use. Now the D4s does not feel as good to use as its grip is nowhere as deep. The D5 has a deeper grip, no lets not go down that track!!

The buttons have been moved to align with the other Nikon models the D5, D500 and D750 I believe. Like all new things you quickly adapt.

How does it perform? I feel the metering system is much improved over the 810 where previous I was having to dial in negative exposure compensation of about 1 stop when using my Zeiss lens now in the majority of cases I’m not getting any blown out highlights with no exposure compensation in normal shooting. 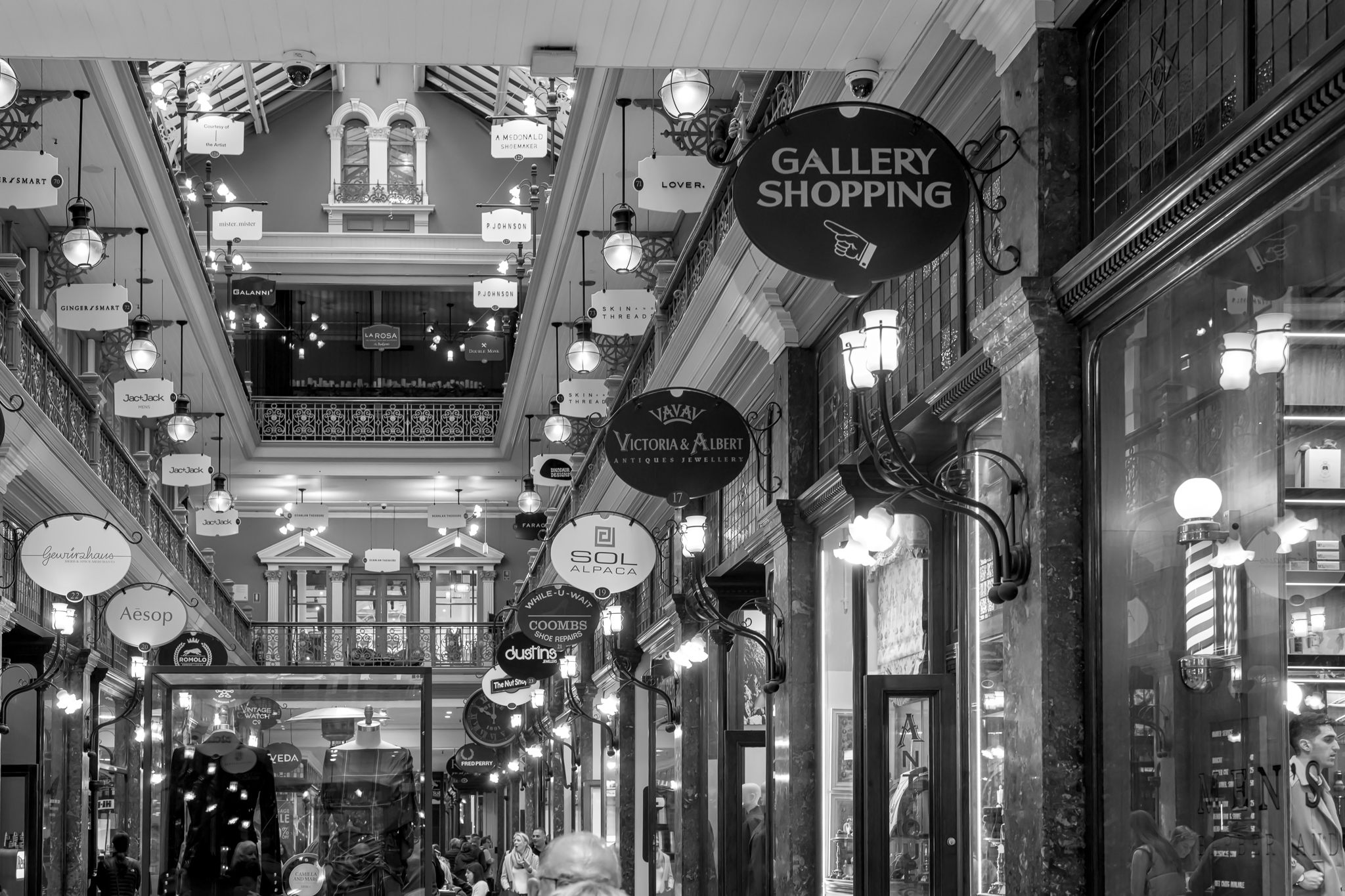 Focus peeking is a wonderful addition especially with MF lens, on a tripod it works like a charm, but you still need to be extremely careful to place the focus point in the correct spot to ensure you get pin sharp results as the camera will punish poor technique. I have found using a 135 even stopped down to f14, at about a metre, not focussed exactly where you intended, provided far less than perfect results. The image below is a perfect example, the intended focus point was the log not the mushroom. Operator error! 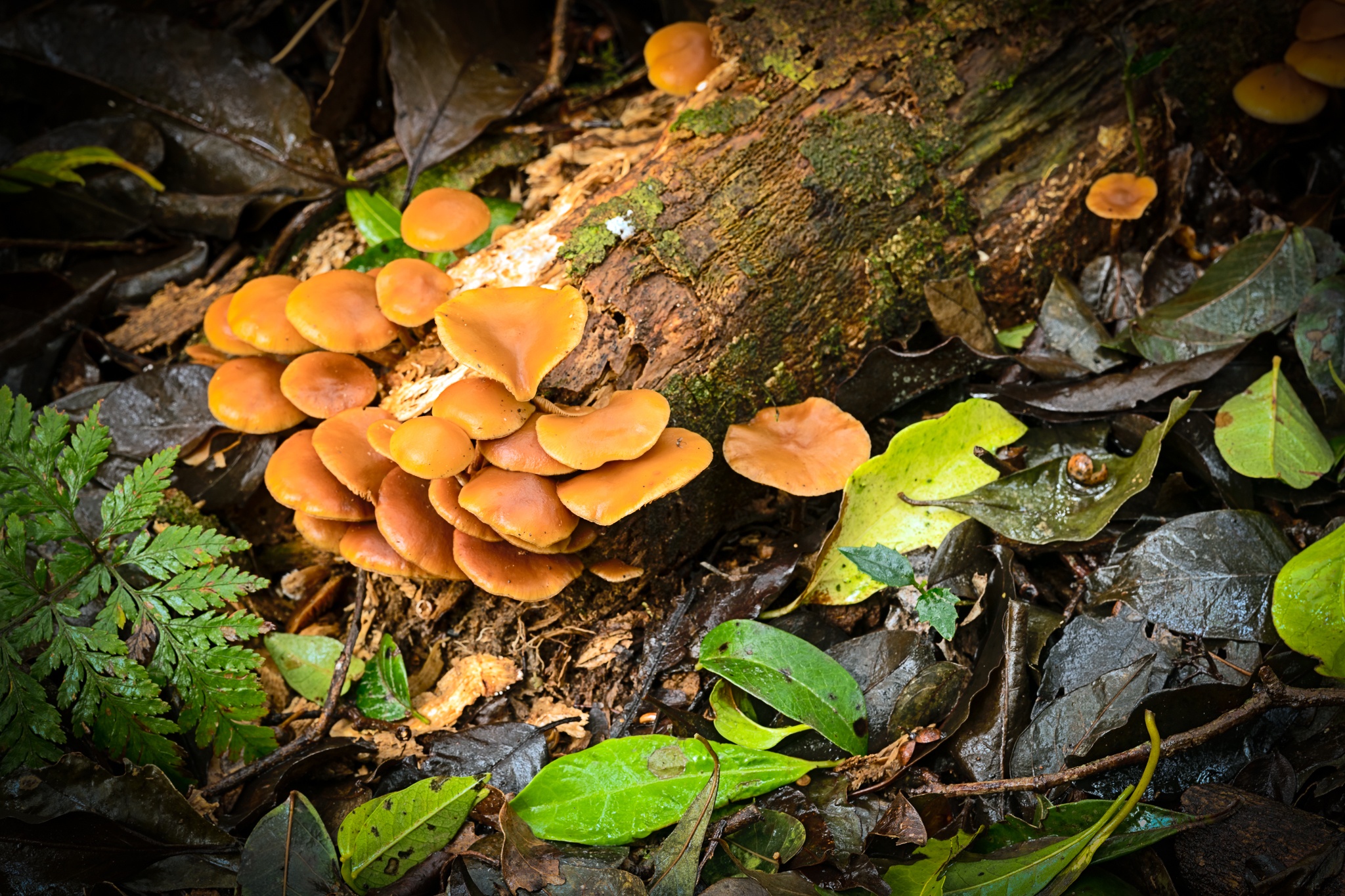 Hand held Live View it’s still much better than the 810 and will take some time to get use to shooting using a screen instead of a viewfinder.

In Body Stabilisation would be an added bonus, maybe one day Nikon please!!!!

I didn’t get to do any side by side evaluation of files with the 810 as the camera was sold within 3 days of advertising it.

But I do have similar shots from the same location The Royal National Park just south of Sydney. These 3 images are all taken from the same spot using different lens, I have cropped the 2nd image to try to get the same perspective, the extra size of the 850 file does come in handy for this. 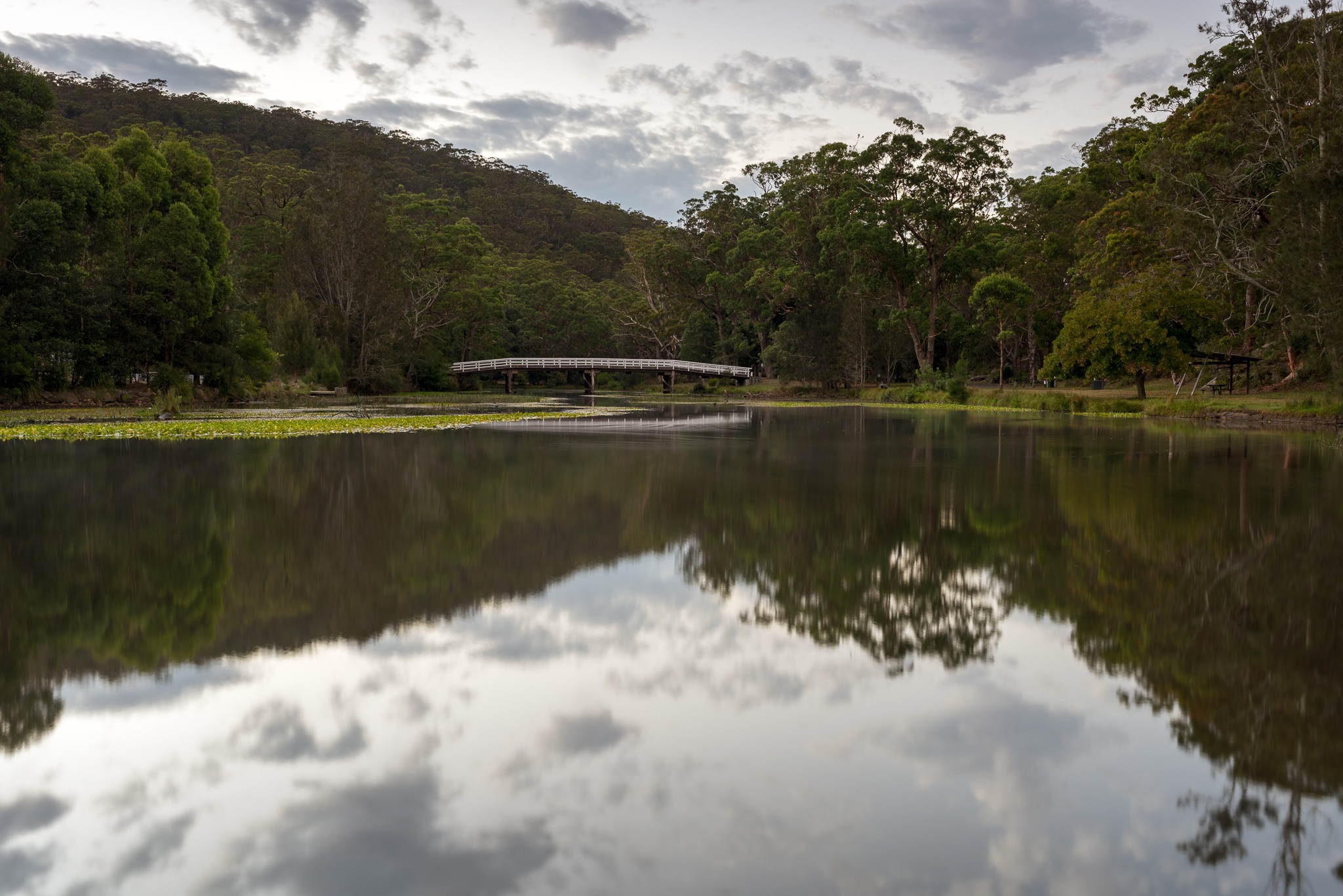 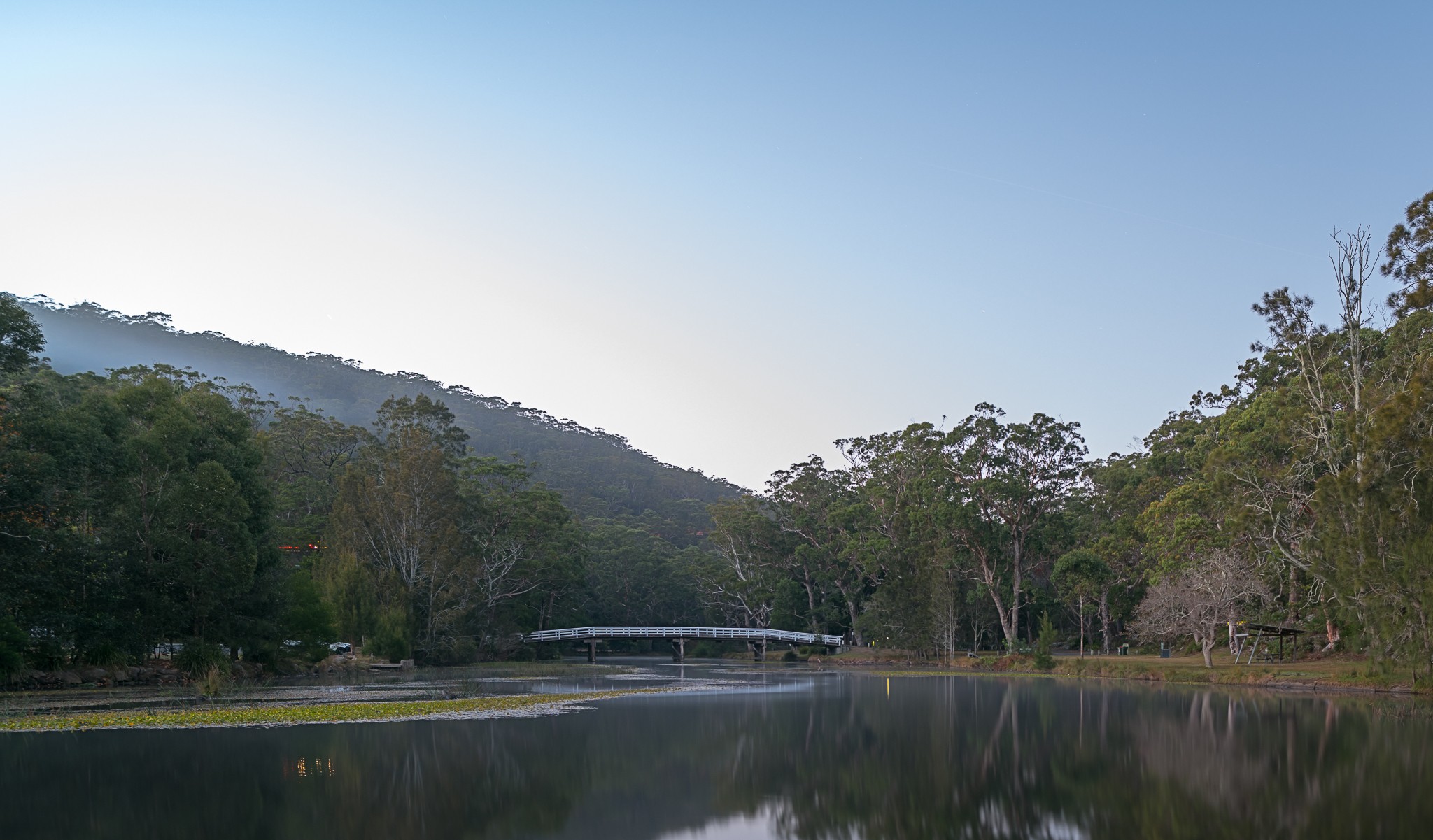 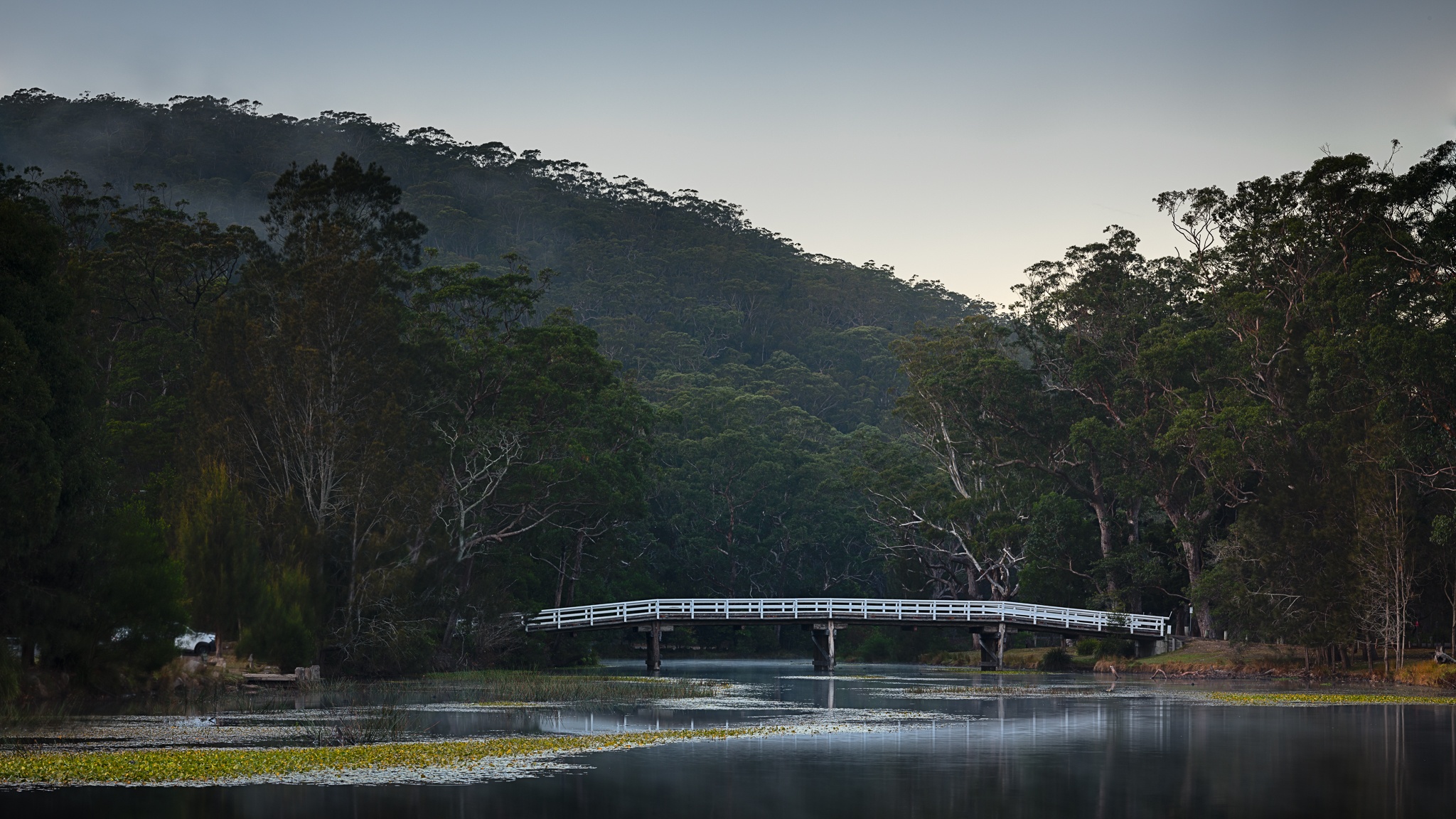 Can you pick any difference in IQ?

My eye favours the 2nd, it’s very hard when viewing on digital screens, don’t you agree, I’ve yet to compare print against print.

I find the files need slightly less post than the 810, which is a bonus and the colours render slightly richer to my eye even in RAW. 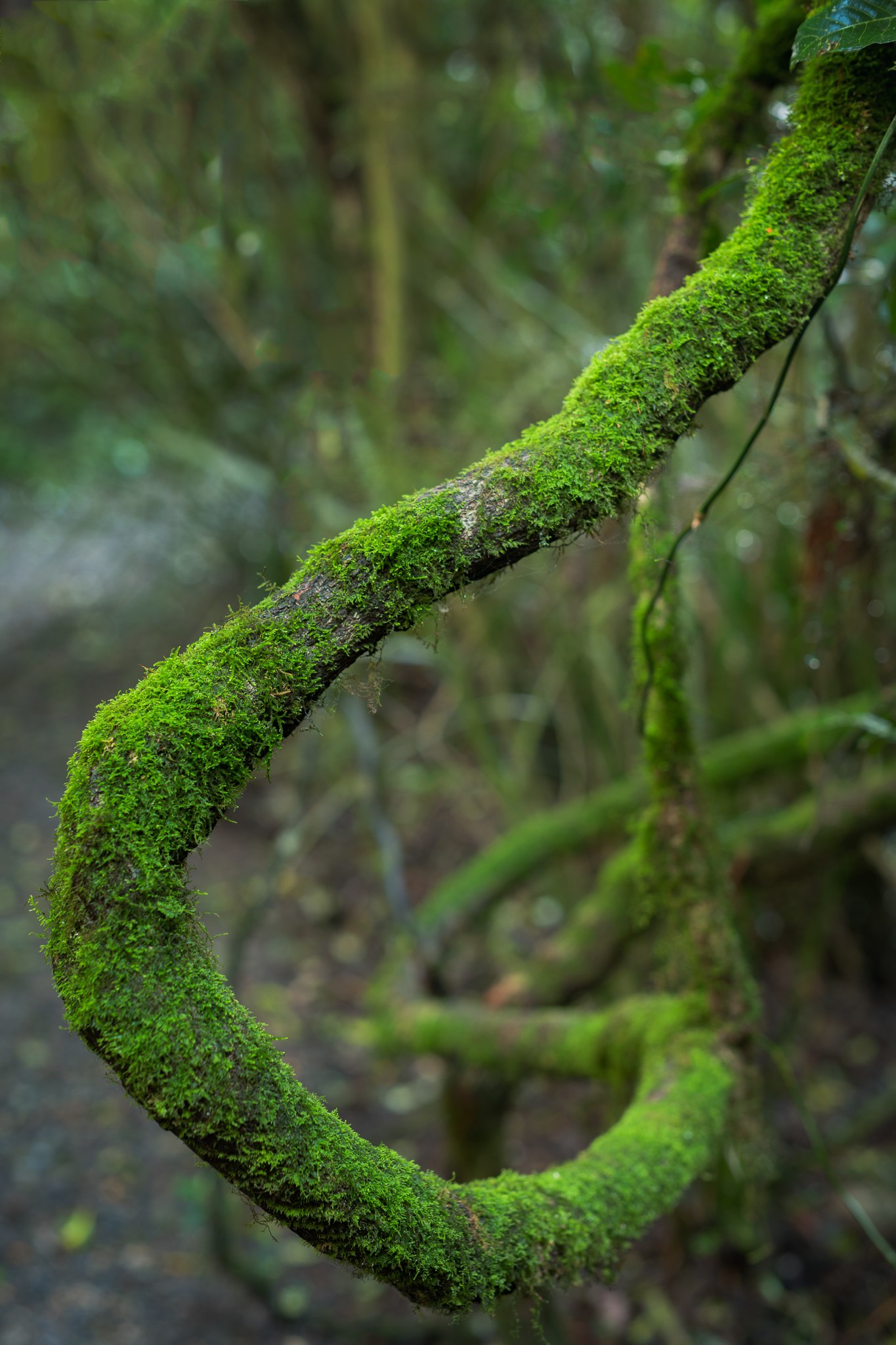 The increased FPS is a bonus but not a specific reason why I bought the camera for,  the D4s takes care of sport and wildlife shooting. I will be interested to see the 850 performs with these genres in the future, but from all accounts it’s no slouch.

The articulated screen is a bonus and come in handy on the tripod in difficult positions. My only concern is how good is the weather sealing! Talking of the LCD’s this one is a huge improvement over the 810 much more detail due to higher resolution, but I think it still behind the class leader Sony.

The screen has does have some touch functionality which most of the time I forget to use, as time goes by I will get used to it and am sure will use it more.

Connectivity, it does have what Nikon call Snapbridge, I had a play and decided it was feature I could do without as it was slow and cumbersome. 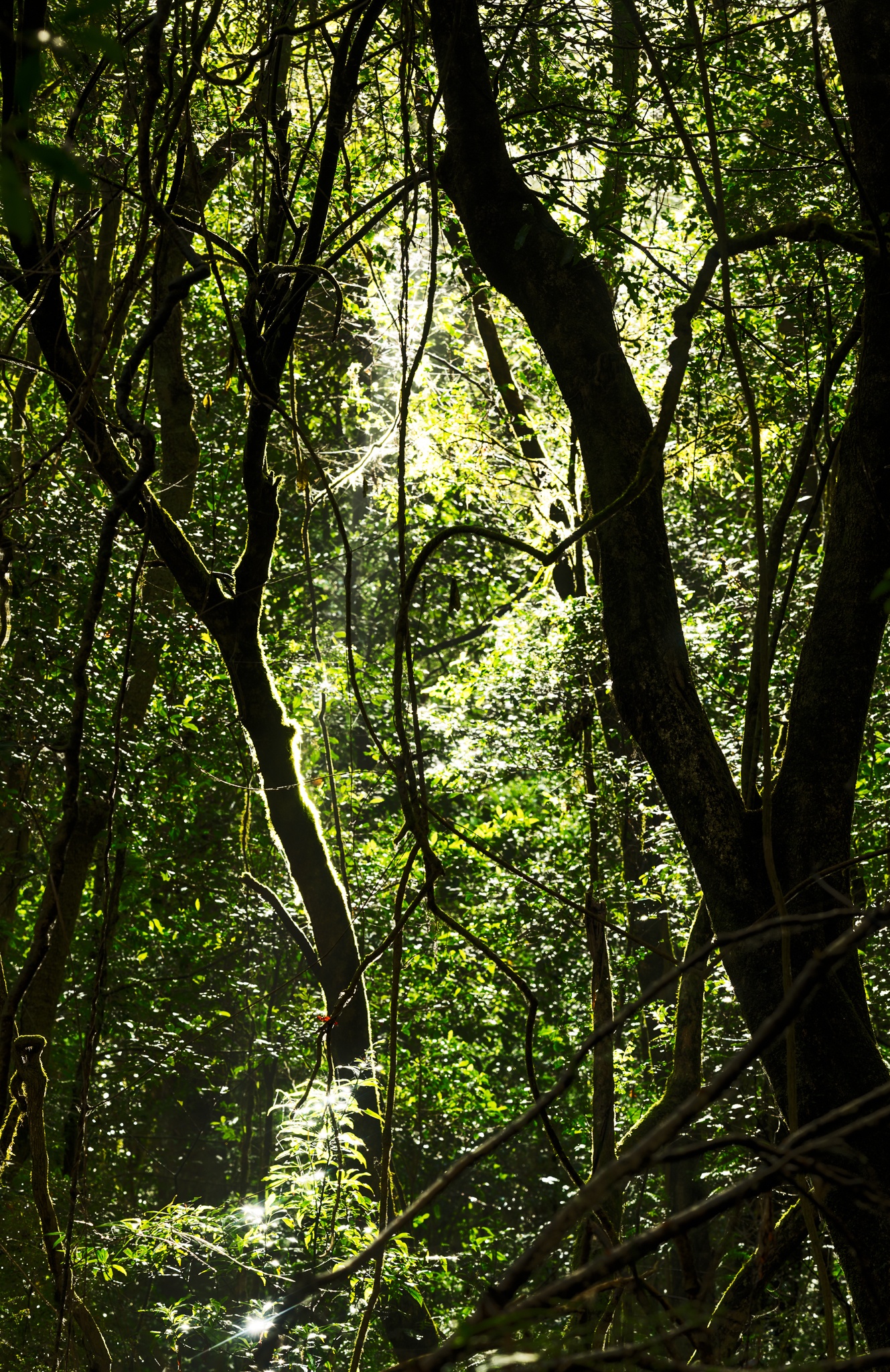 Battery life is improved, which is a bonus if you use live view a lot as I do with landscape and seascape photography.

Image Quality well 45.7MP does provide a large file and lots of detail. However as the majority of us don’t print, can we tell the difference viewing it on a digital screen?

Improved Autofocus being the user of MF lens the majority of the time this was not huge feature for me, the few times I used AF it snapped focus quickly. 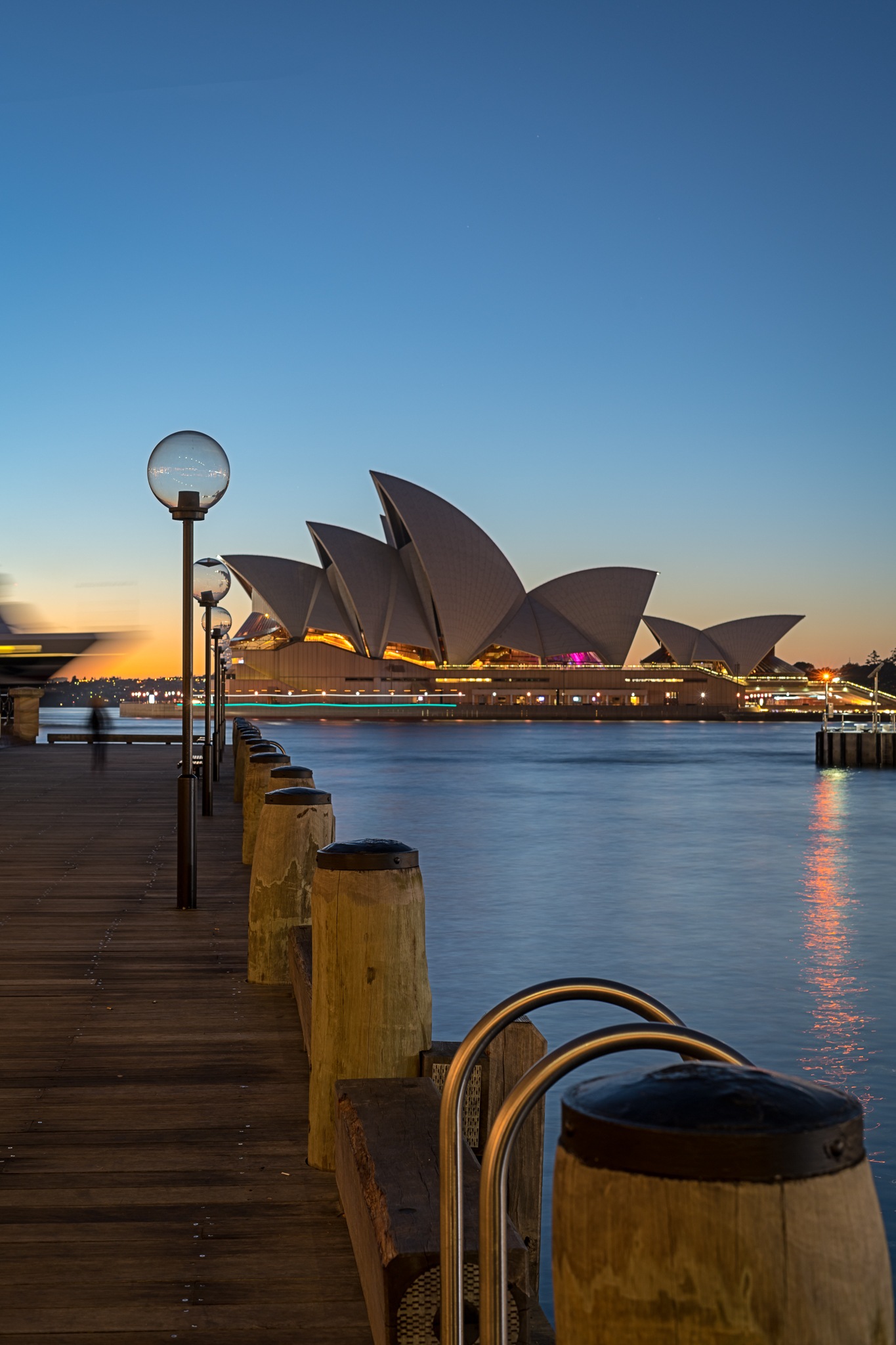 Focus Stacking, again isn’t a feature I’ll use a lot due to my choice of MF lens. I used it a few times using the 24 – 70/2.8 Nikkor lens, it worked well and gave sharp focus, from the desired focus point to infinity without any fuss. I can see it being a valuable tool for shooters that want their landscapes pin sharp throughout the entire image. For Macro shooters it could be a huge bonus, but then again are we allowing the camera manufacturers to de-skill us or is it just another feature, you tell me? 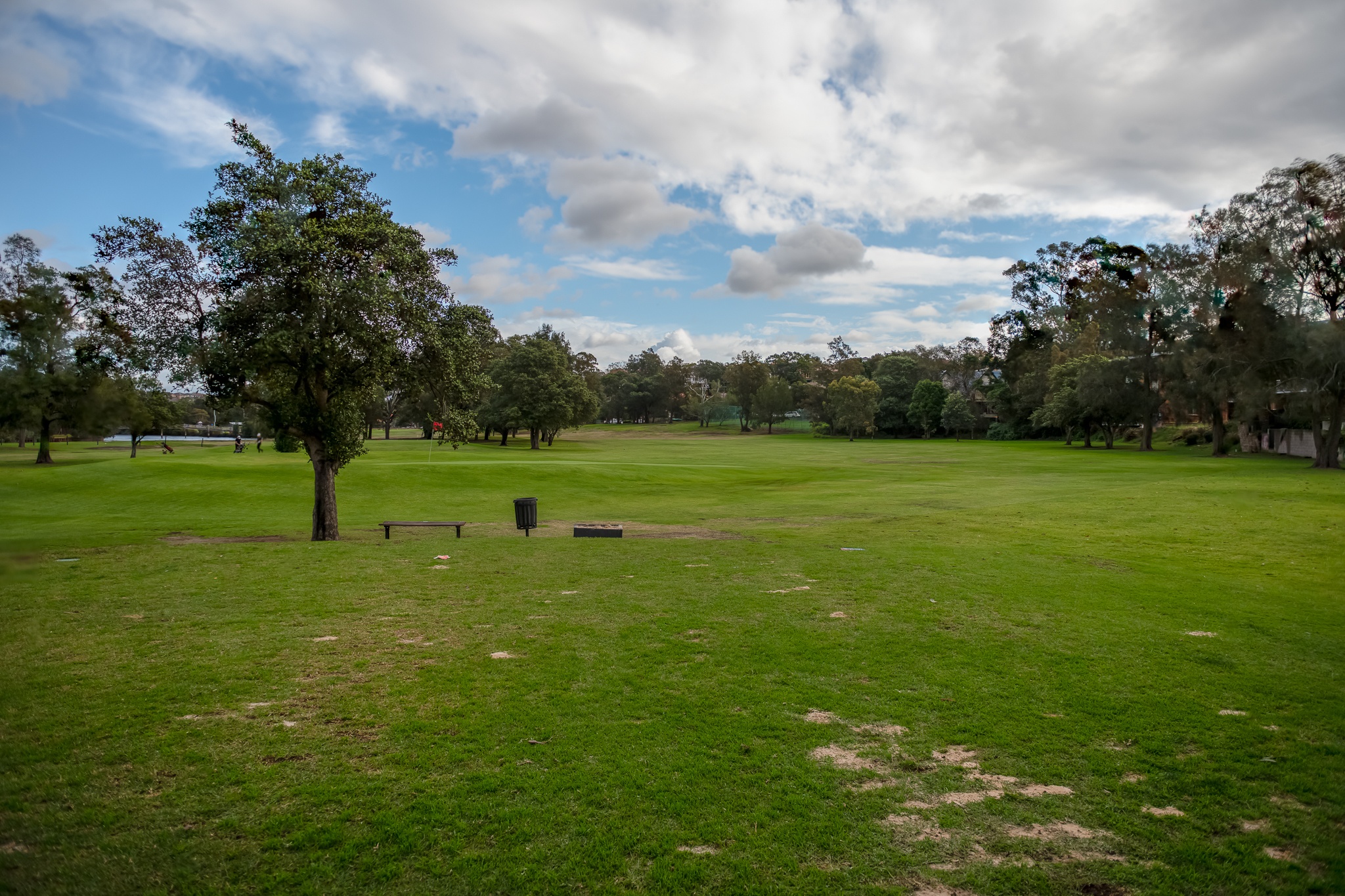 It is a significant leap forward from the D800 and a large enough leap to upgrade from the D810 and something I don’t regret.

I’m still learning how I can get more out of the camera and capture the type of images I want to capture, this process will continue no doubt until GAS shows its ugly head again in the future, hopefully very much in the future.

Finally, Pascal I know this has probably not provided you with any definitive answer to your question, should you forsake your Sony A7R11 for a Nikon D850.

If you want a really good review of the Nikon D850 watch the YouTube of Steve Parry IMHO.

PS My comments/thoughts are only after a short period of ownership so maybe Cliff Whittaker may wish to add or subtract to then. 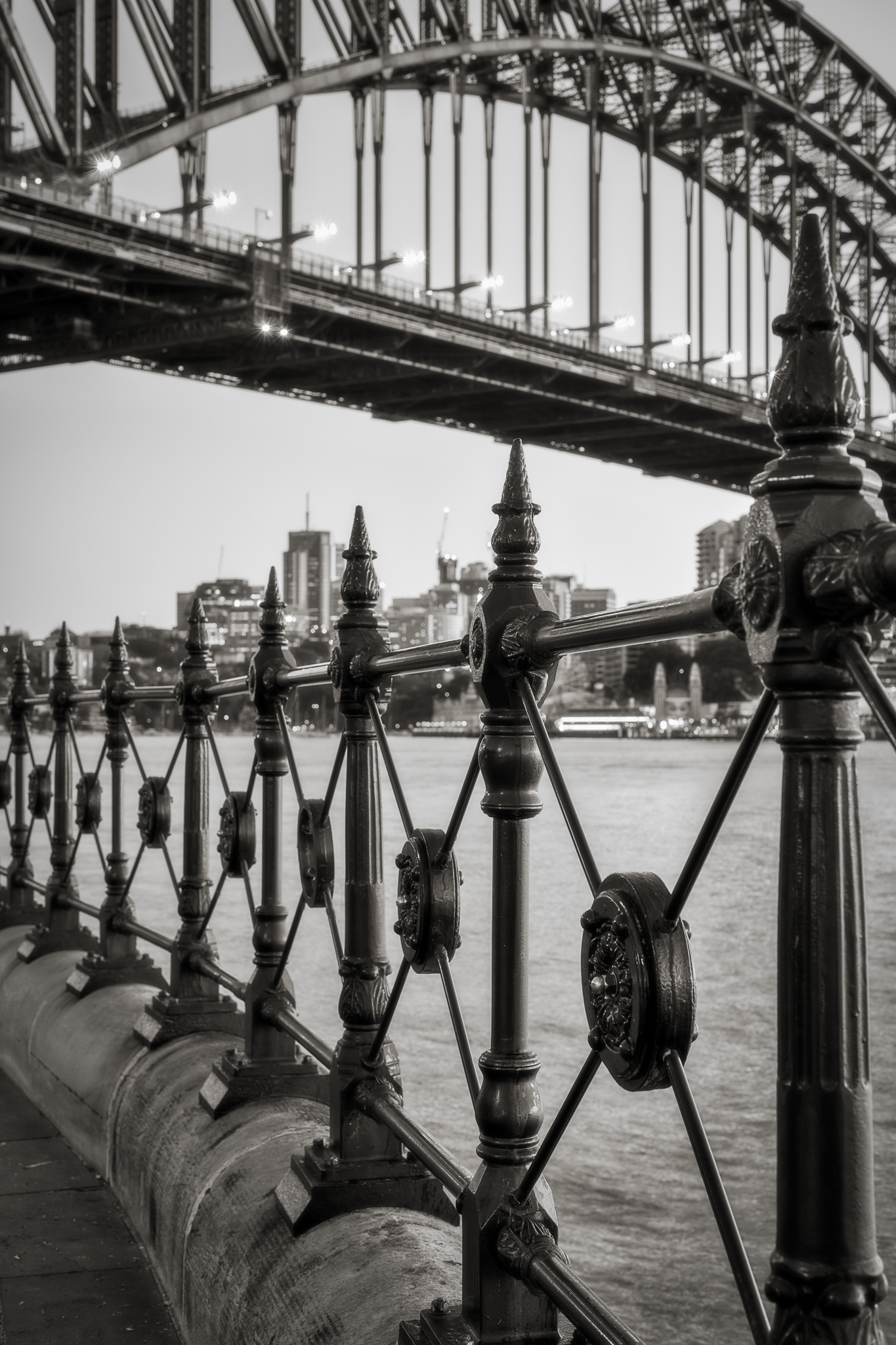 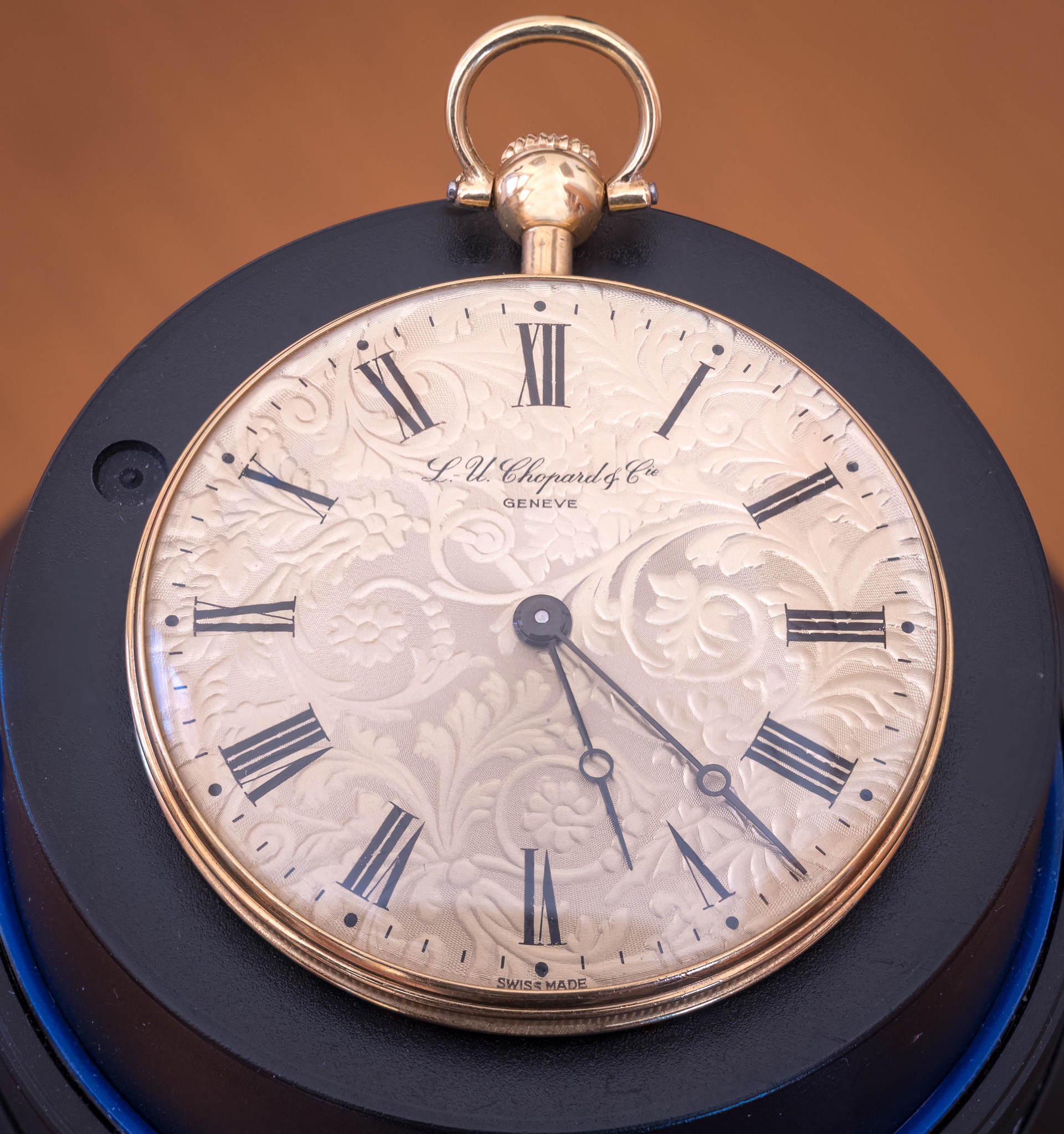