South west Scotland. The fancifully named St John’s Town of Dalry, not far from Dumfries. A self-designed and built home, sustainable and incorporating as much eco-technology as possible.

A mammoth task and even during the building work, photographers Ted Leeming and Morag Paterson decided to make the magnificent scenery around the house a project all on its own.

Initially, it was a five year long project; every image shot from the same one square metre on the patio of their eco home, only the time of day, light and weather was allowed to change. Ninety two from many thousands of images found their way into a beautiful, linen bound book and slipcase. Each and every one a wealth of photographic detail, from soft misty mornings, to snow, mellow sunsets and of course, the occasional (and typical) Scottish driech day.

With Introductions by Joe Cornish and Keith Wilson, the Zero Footprint book stands as a testament to both a determination to record life in the Lowlands as much as a well planned, photographed and managed project. 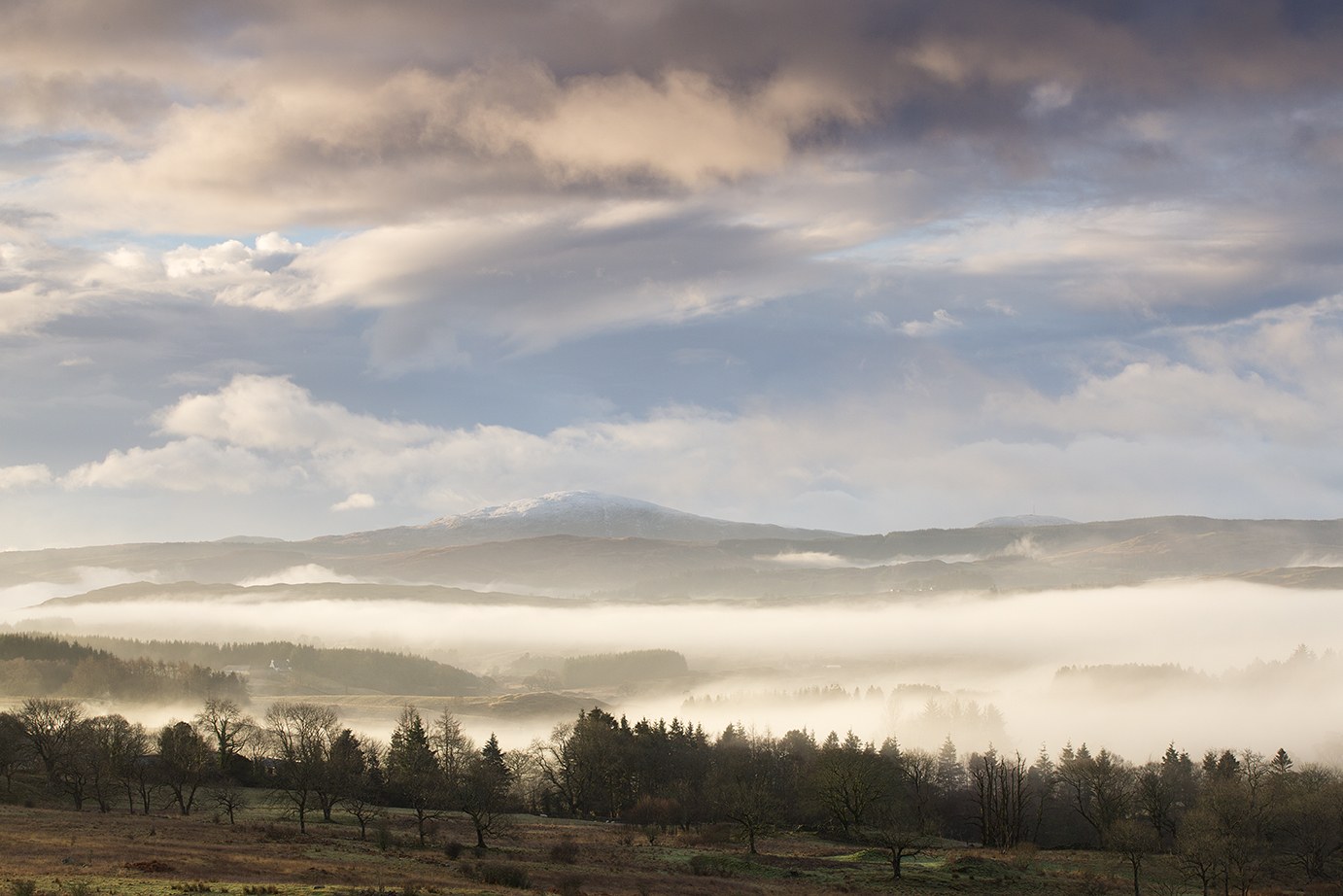 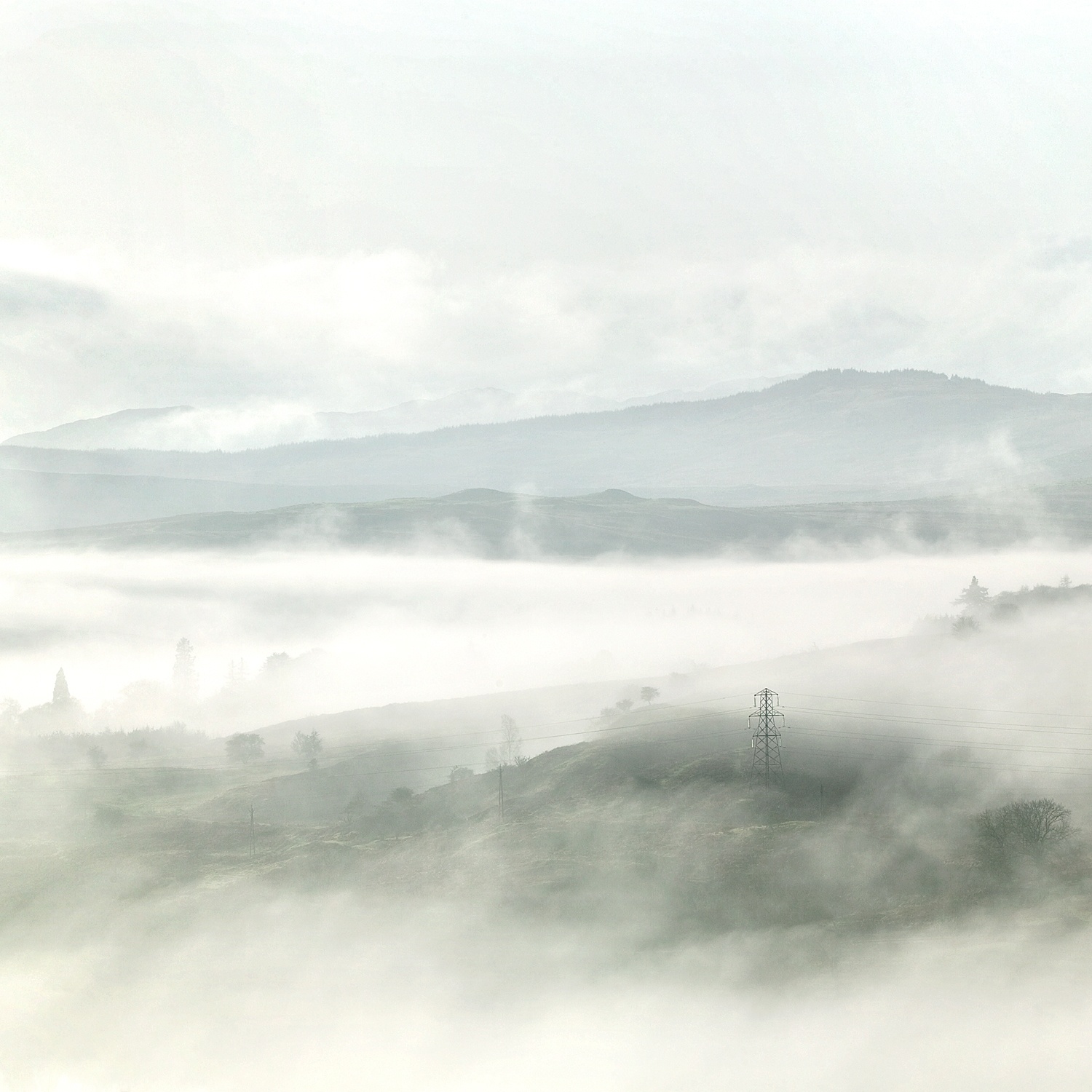 I first met Ted and Morag late in 2011. Fellow DS-er Steve Mallett and I spent a delightful, but chilly weekend workshop with them photographing the lochs and streams of the area. In the background, work on Zero Footprint was well under way. The house was full of candidate prints and we were all deeply envious of the project and doubtless each of us was wondering whether something similar might be possible in or around our own homes.

Technically, Ted and Morag used Canon DSLRs and a variety of lenses, pointed in any direction, but all from the same spot. Every image in the book is captioned with the date, time and compass bearing. The photographs were made without filters and post processing was kept to a minimum.

Part way through the project, Sigma loaned them a 300mm – 800mm zoom lens, allowing them to explore the far off scenery in exquisite detail. It also enabled images of the wild birds which flew into shot while feeding on the patio, producing a spectacular sequence of close-up action photographs. 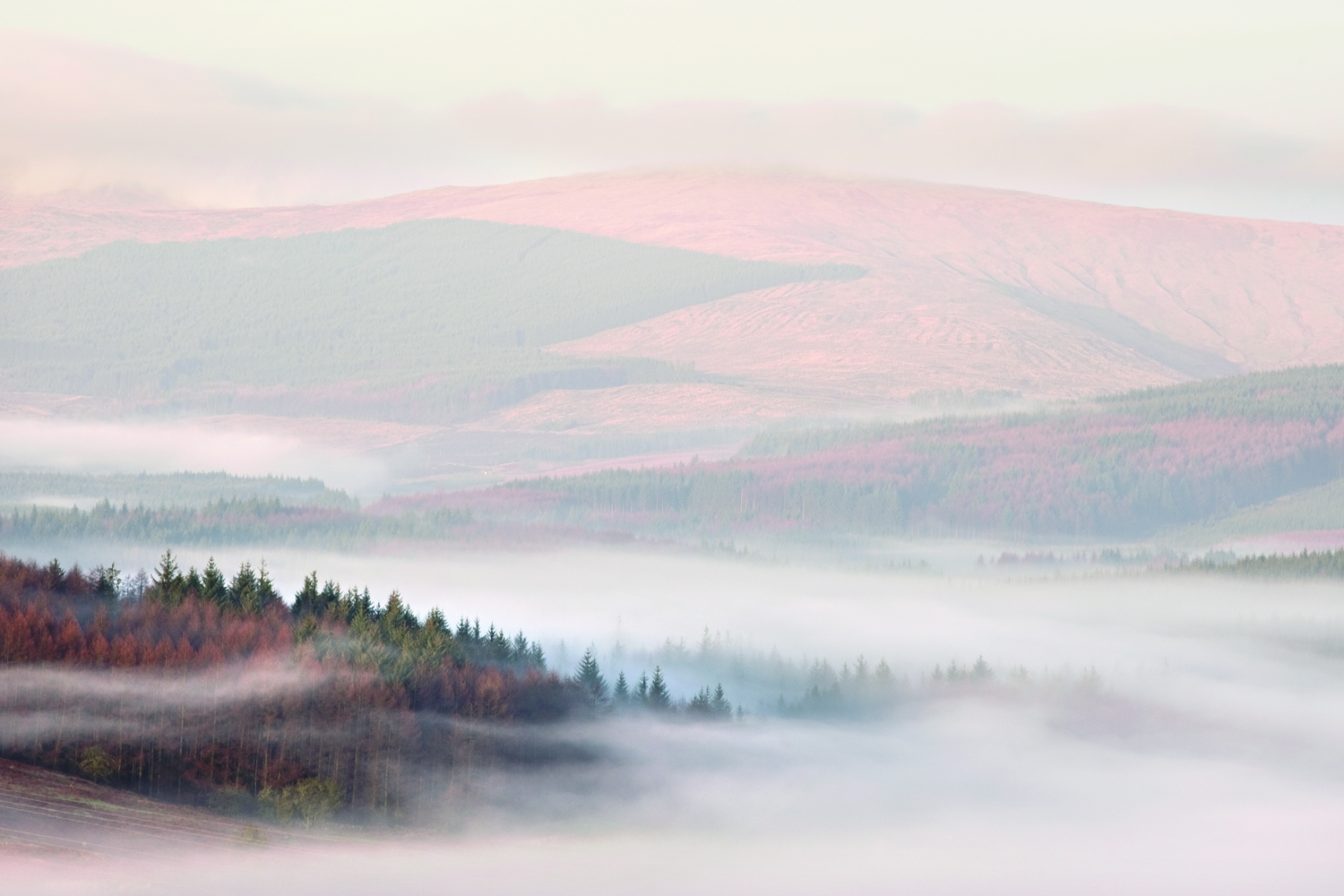 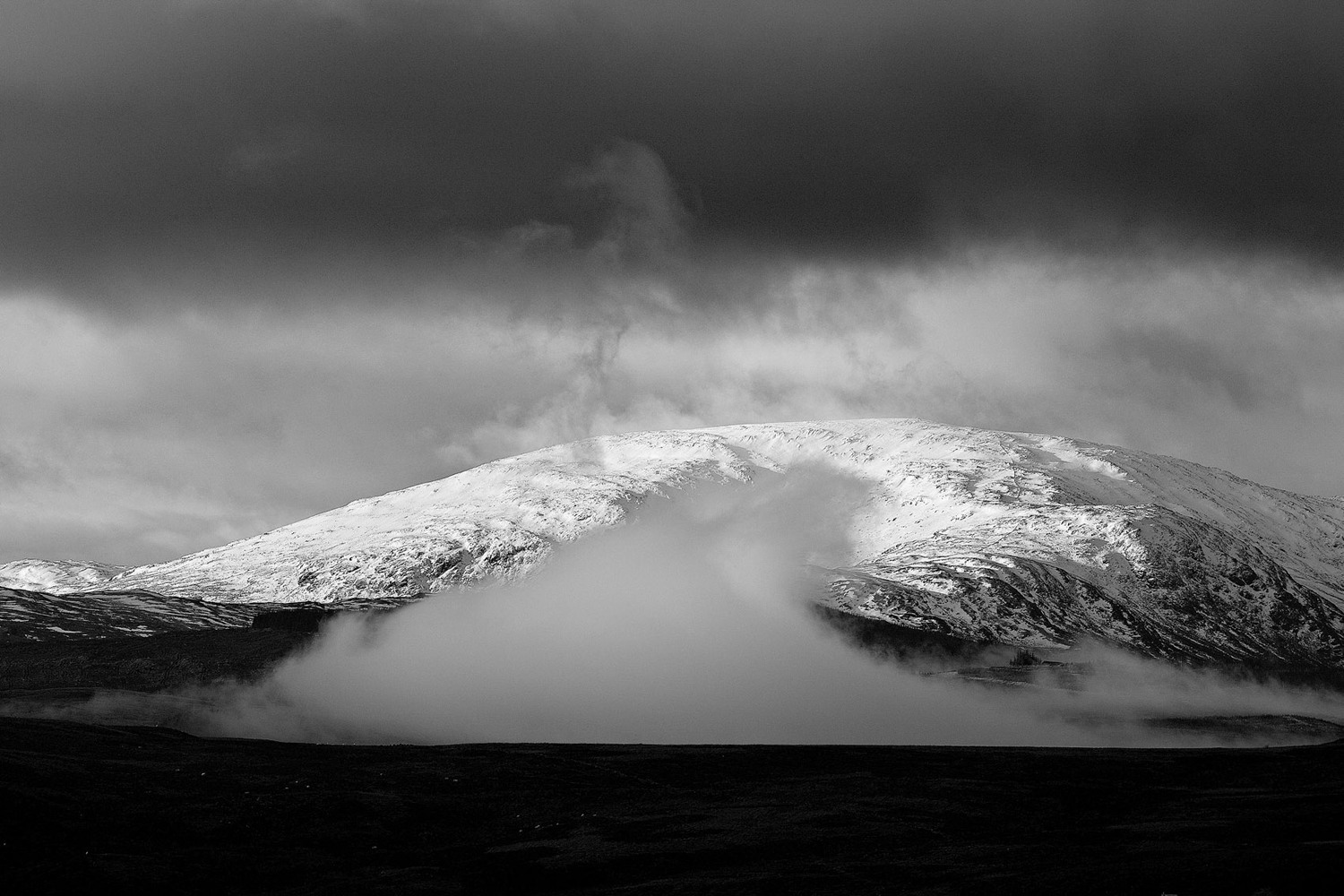 Rather than pose a series of questions, I chatted with Ted and Morag, over some excellent local ale and way too much of Morag’s fantastic home baked cake.

Ted: “The house’s elevation often meant that we were above the cloud, looking down on it and creating wonderful mystery in so many of the shots.

“The mist features a lot in the book because we felt that, as well as creating beautiful images, it suggests the fragility of nature and the landscape. 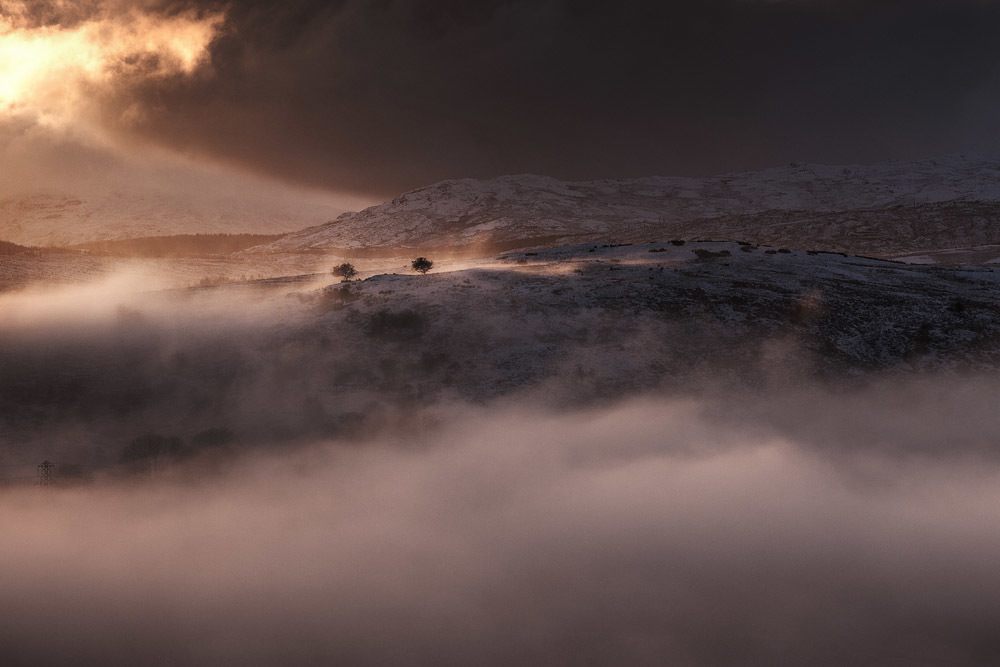 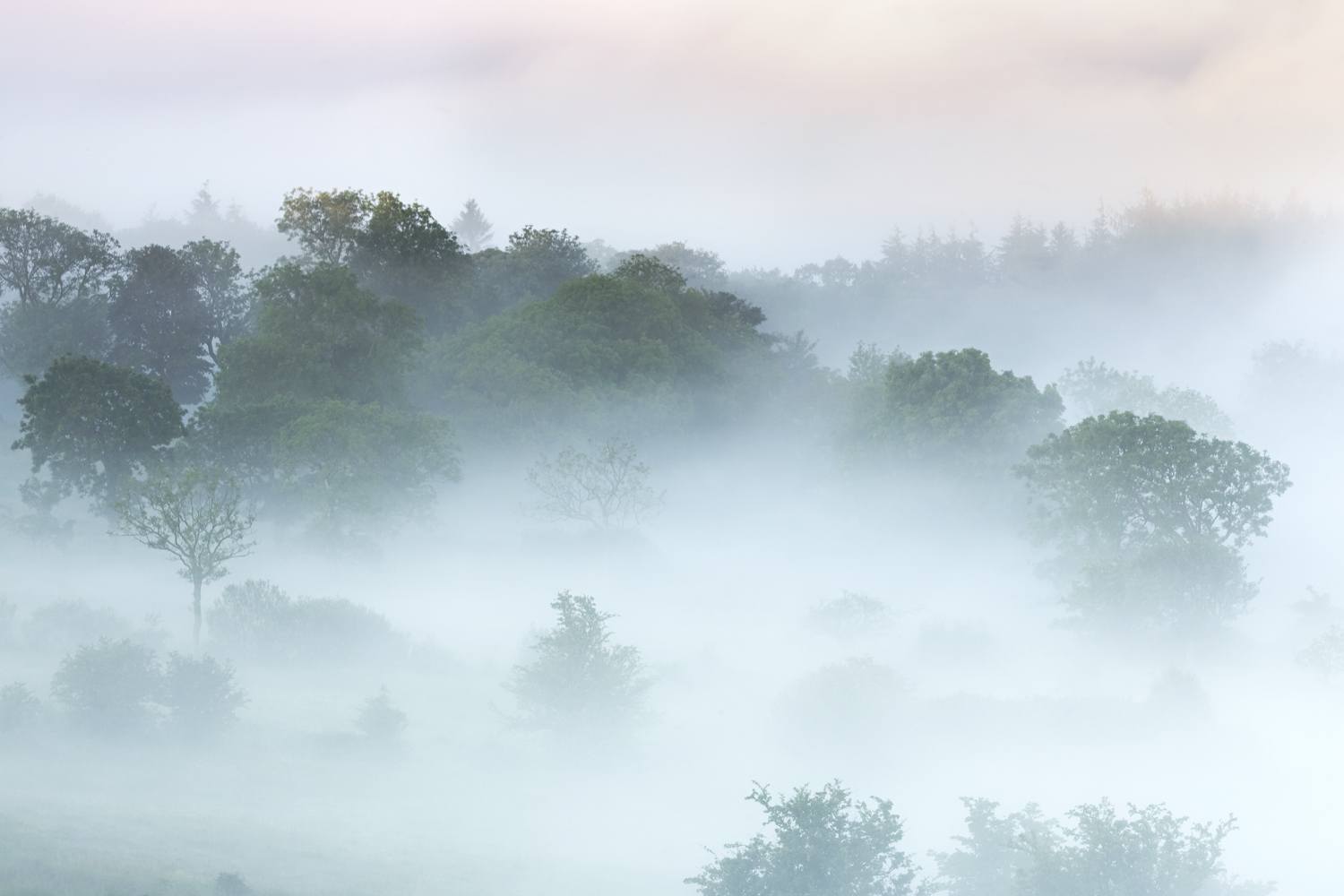 Her kitchen looks over the valley that is the central element in Zero Footprint and so, Morag became a perennial weather watcher; “We had to adapt to the conditions and respond to the limitations we’d set ourselves.

“Because it was literally outside our kitchen and studio, we could be doing anything and suddenly spot a break in the clouds, or late afternoon sun, drop everything to go out and shoot.

“We could have nothing for three months, then 20 shots in a single day. There was no planning, it was literally a reaction to what was going on outside.

“One thing we realised as the project unfolded, was that we were also inadvertently documenting the environmental changes in the landscape, whether through natural forces or human intervention. For example, a stand of trees that featured in an earlier set isn’t in a later set.

“Currently an entire pylon line is being replaced which will feature in future images, and make the historical ones a valuable snapshot of the landscape over a period of time.”

It wasn’t all mist and shadows, however as Ted reminded us; “Because we only had one tripod, only one of us could shoot at a time. We even considered using a timer to give each other a fair chance of capturing things as they unfolded. The joint signing of all the images eventually diffused the potential for outright discord in the house.”

There’s a bit of husband and wife chatter; “Capturing the birds in the final section of the book was an unexpected delight,” added Ted. “We’d been loaned a huge 300-800mm lens by Sigma and a small wren flew into a landscape shot one day. The form of the birds wings in flight was captivating and we quickly changed the established bird feeding place (incidentally right where the tripod was) to the garden wall and spent a full four days immersing ourselves in the birds activity and learning their behaviours.”

Curating five years worth of work into a book was a daunting task. Assisted by Keith Wilson and Eddie Ephraums to help with the design, layout, content and curation made the task a lot easier; “There were so many small details that had to be considered, from captioning – we went with latitude, longitude and compass bearing – to the colours of the headband and endpapers. 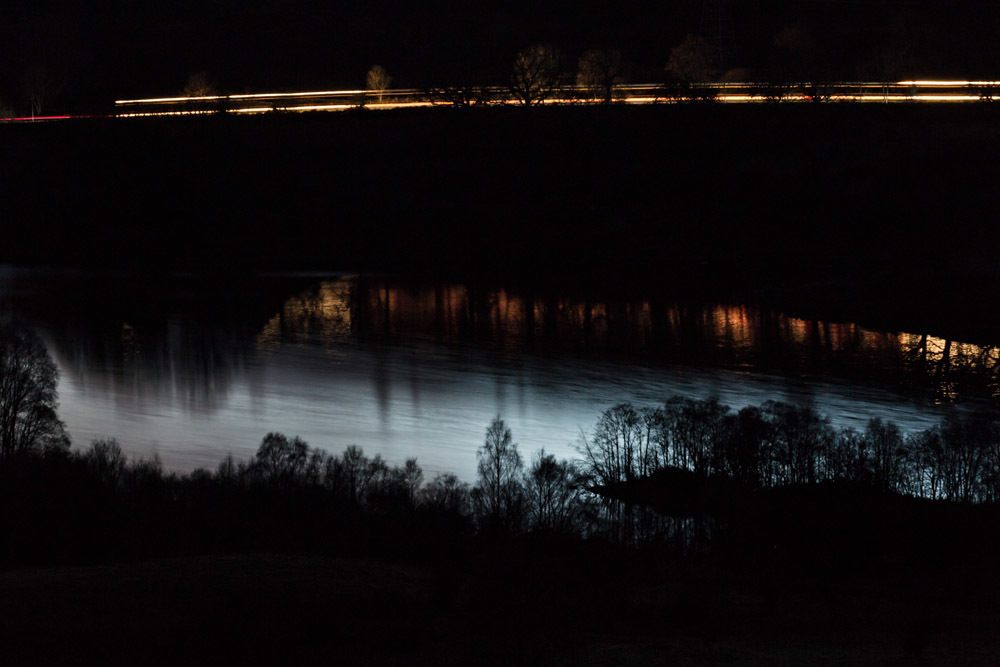 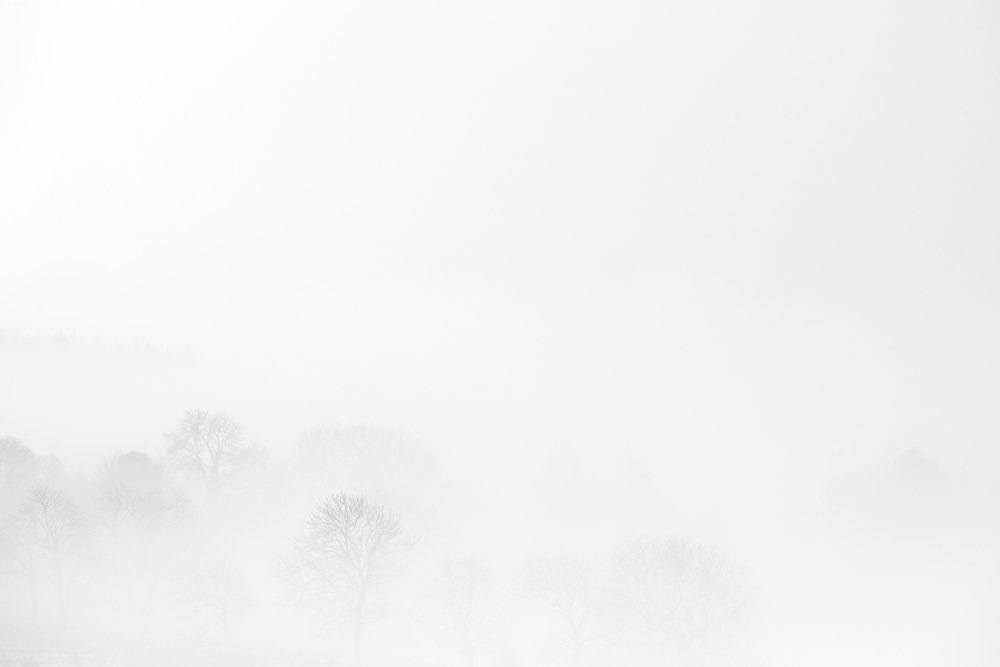 “We couldn’t agree on this so one half of the run is grey and the other a colour ochre hue, you’ll have to guess who’s is who’s. The images and sequence were chosen by printing a vast number of images out, laying them on the floor and re-ordering them over a period of several days.”

Having concentrated mainly on the natural landscape for the first five years, Ted and Morag then started to add more tangible human traces; the reflection of passing car lights in the loch and some night sky shots of the Milky Way and aurora. That changed the dynamic a bit as it was necessary to shift the tripod position by a few meters to see north more clearly.

More recently and inspired by the phenomenal response to the original Zero Footprints project and increasingly concerned with environmental challenges, Ted and Morag have launched the Zero Footprints global community. This is a platform and hub for photographers to share work and have an open and honest discussion around climate change and promote a positive message that grassroots action by individuals can and will effect change.

Many of the world’s eminent photographers have donated images which will help to raise money for grassroots climate offset charities with socially responsible ethos. The hub is open for the general public to submit images, – either single pictures celebrating planet earth or documenting problems and solutions – or a longer series with accompanying text. The website has a curation panel but there is also an open group on Facebook to where people can post up their work for promotion and discussion.

Finally there is a Zero Footprints feature profile on Instagram (Ted Leeming, Morag Paterson, Leeming and Paterson, Zero Footprint). Look out for a competition coming up soon.

You can find Ted and Morag here: 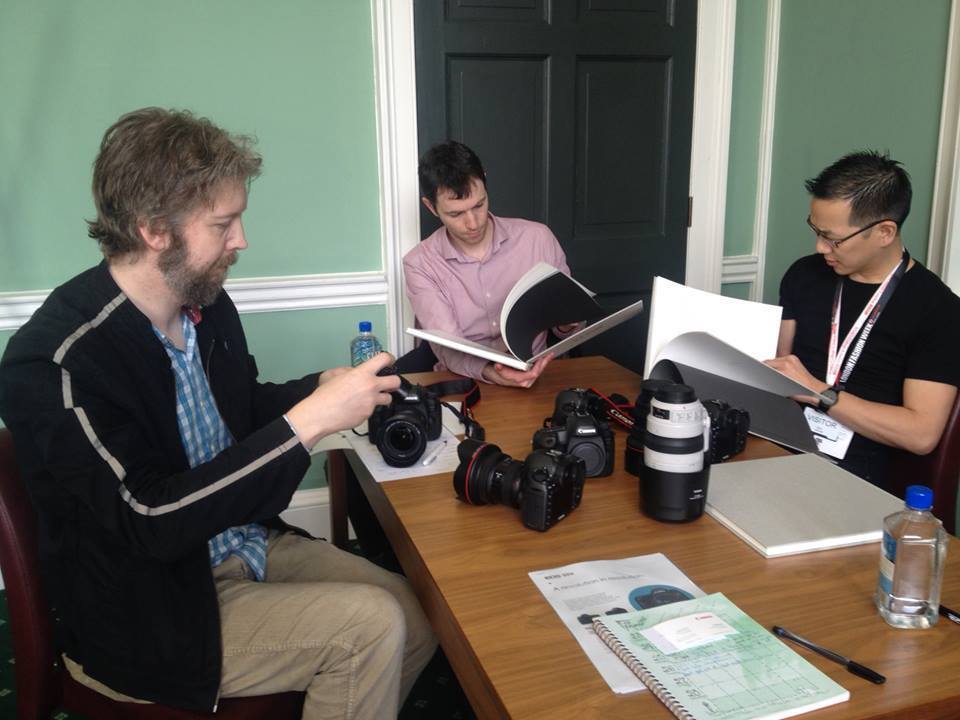 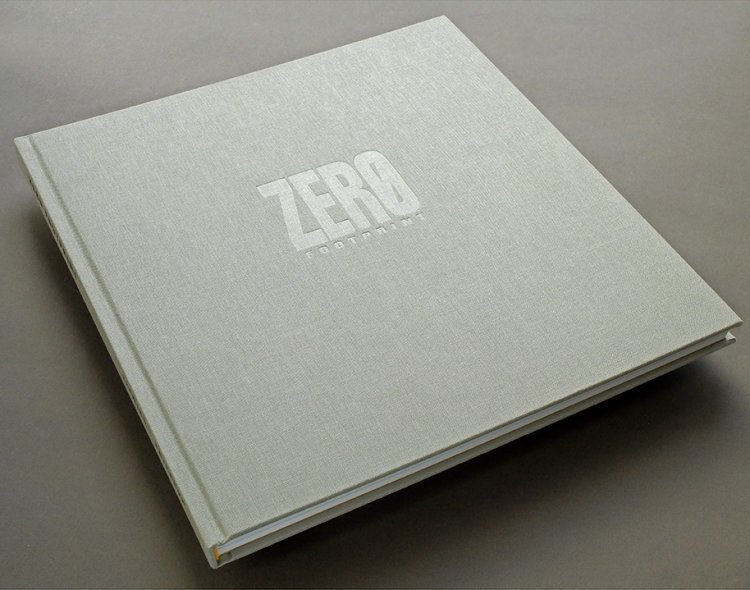