Dullite ! The term, a contraction of Luddite and dullard, was coined by Lee “Captain” Anderton and Rob “Chappers” Chapman, the two men jointly responsible for wasting more of my life online than anyone else before. It’s also how I felt until recently, realising the photographic opportunity offered by Smartphones but unable to exploit it in a meaningful way.

This changed during my recent trip to Scotland, a trip during which I decided to deliberately use my Galaxy S9 in conjunction with my Sony A7r2 (that number seems so passé now), each with a predefined separate role rather than one as the dim-witted, lazy alternative to the other. 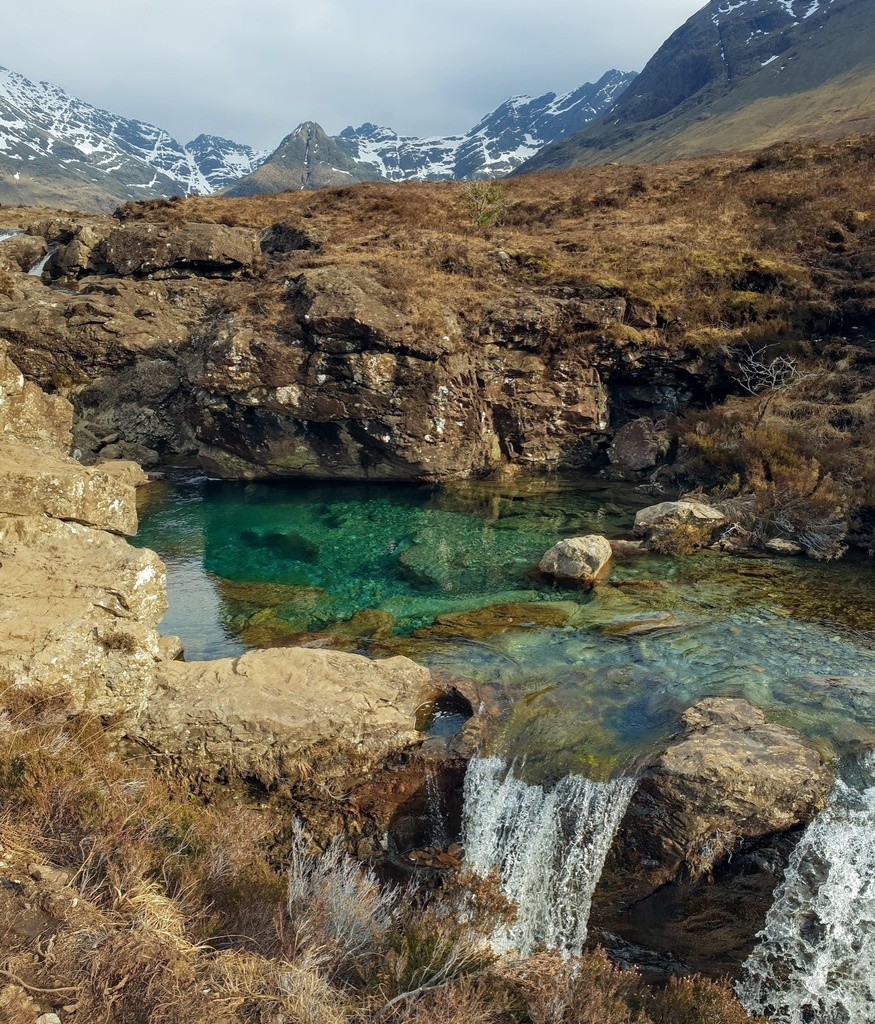 Like it or not, phone cameras are now effective enough to create very good photographs and I’d be willing to bet that you would find some, on this page, difficult to ascribe to one camera rather than the other (at web jpeg size) without explicit labeling. And a dullite, I refused to be any longer. So here were the respective assignments of “big” Sony and little smart Sam during that trip. Basically :

Note that none of this is about technical superiority or ergonomic distinctions between one and the other. I was simply trying to use the qualities of each system as intelligently as possible to separate two types of photography which never overlap very gracefully. The phone creates panoramas on the fly, adds GPS tagging, backs up photos to my Google drive account as soon as a WiFi is detected, allows in-camera editing and sharing and has an absolute corker of a screen compared to the distinctly medieval offering on the bigger camera (not that that matters as that bloody rear screen refused to work from day 1. Again.). The Sony allows me to mount no-compromise manual lenses next to a state of the art sensor for those creative, almost meditative moments that require a more deliberate and personal approach than holding at arm’s length a rectangular slab of silicon in various types of fusion.

It’ll come as no surprise to regular readers to hear that I consider photography as a purely creative self-development process and that the gear and photographs themselves are not all that important to me. So using glass that fulfills a vision (attached to whatever camera will hold them) to pursue that introspective activity in a completely different process to the collecting of memories for family albums, made perfect sense to me. 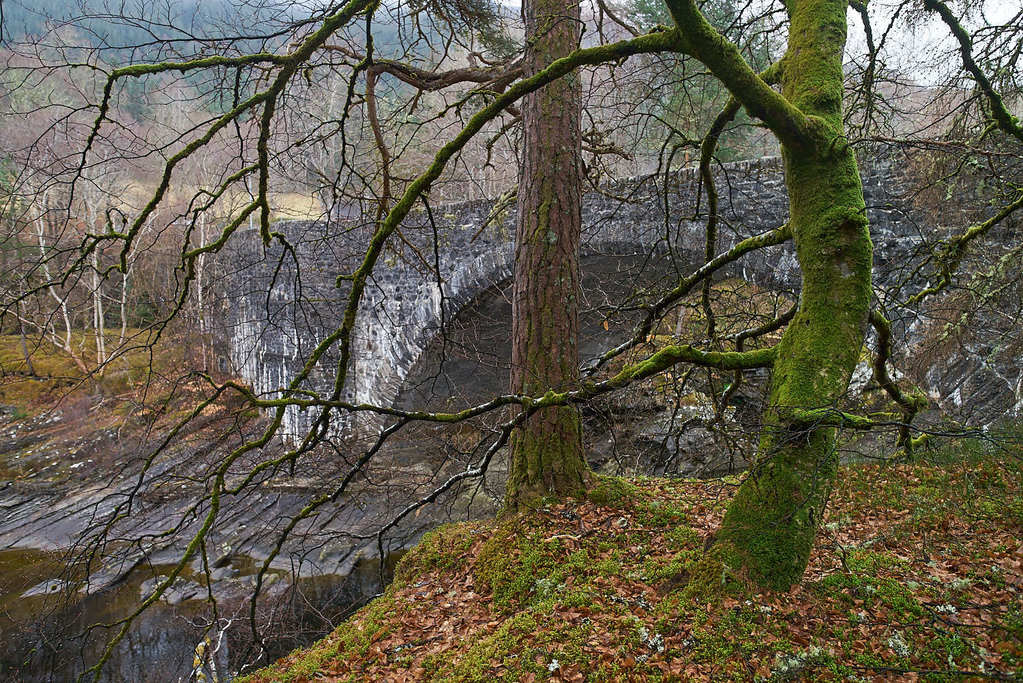 How did it work out ? Mostly, excellently.

With memory collecting dealt with so efficiently, my creative tally can be counted in the few hundred shots over the period of 8 days. A fraction of what my usual single-camera count would have been, particularly in such an incredibly varied landscape. This gave me more time on the spot to think about the shot (remember this was a family hiking trip, not a dedicated photo expedition and my average snapping time probably hovers around one second). It also means far less clutter in my C1 catalog and far less antisocial PP time. Plus, from the Smartphone corner of the ring, an album ready to share with others that took all of 15 minutes to create.

Best of both worlds, really.

What did crumble with respect to plan was mainly down to human error. My inability to perfectly judge the scene distribution between the two cameras means that quite a few of my Sony shots are neither vivid memories nor really creative photographs worth working on.

Also, after creating a vivid phone album in such little time, opening the dull, grey, photographs from the Sony, each requiring a lot of work to spruce up, was a definitely anticlimactic moment. Nothing to do with bad RAW quality from Sony, mind you, quite the opposite. It’s just that high-dynamic range RAWs can feel very dull compared to low DR jpegs and that takes readjusting to. It depends on how the manufacturer sets the default RAW interpretation. The first Leica Monchrome got a bad rap for that and Sony also seem to err on the side of non-spectacular caution with the A7r2.

But this is all for the best as those few niggles really highlighted shortcomings of my mental processing of a scene, and this can only lead to better analysis in the future. I’ve often lamented lack of connection with the subject (from togs obsessed with cheap social-success recipes, in particular) and any such misbehavior from my part was highlighted much more visibly with this 2-camera approach than it had been in my soloSony approach of the past. Good 🙂 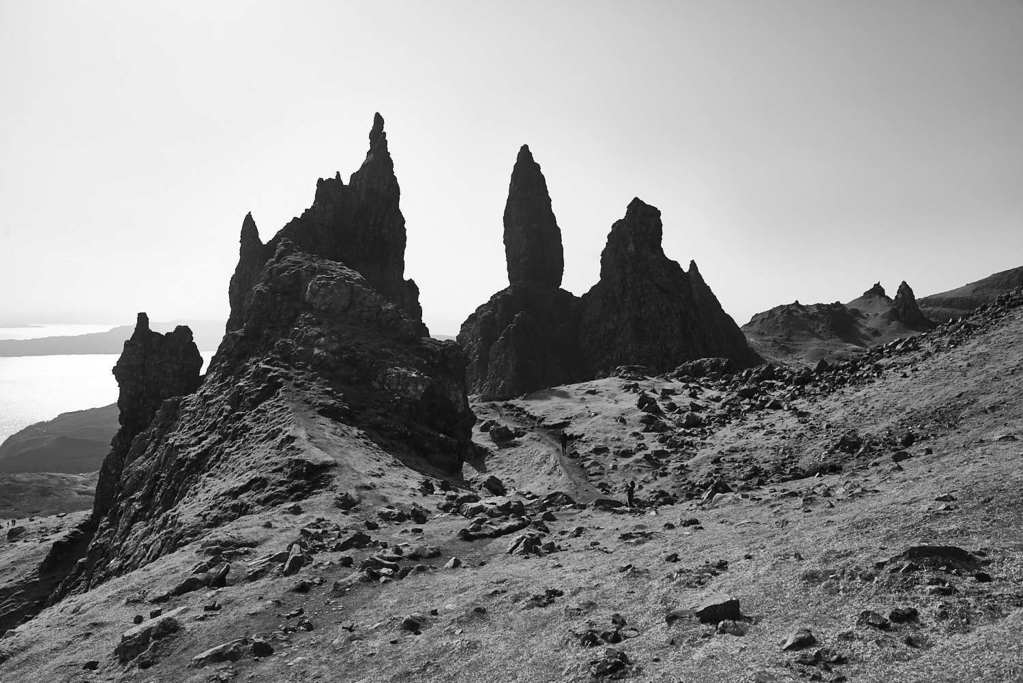 OK, so, on location, the sight of a middle-aged bloke climbing steep hills with very heavy and expensive glass only to shoot pristine scenes with his phone did raise a few eyebrows, it has to be said 😉 But, for me, this was the correct approach and I’ll continue in that direction in future travels. In truth, my creative Sony tally should probably have been 40 strong, not 400. Over the 8 days, about 20 of my Sony photographs are worth sharing. And I’m convinced that an even stricter (and better formalised) threshold for getting the Sony out of the bag would have increased the success rate tremendously.

So, what’s best for you? A conventional approach or this two-tier photos process with a Smartphone thrown into the works ? Wadjathink ?