This AnOther article by Holly Black (Inside the Surreal World of Playboy’s Centrefolds) dissects the aesthetics and the surreal worlds suggested by the worlds inhabited by the sexy ladies on the centerfold. It’s an interesting read but it’s the frame around the images that gave me a sock (yeah, I’m old enough not to have to pretend something else than the voluptuous bodies is of interest to me in those pics). 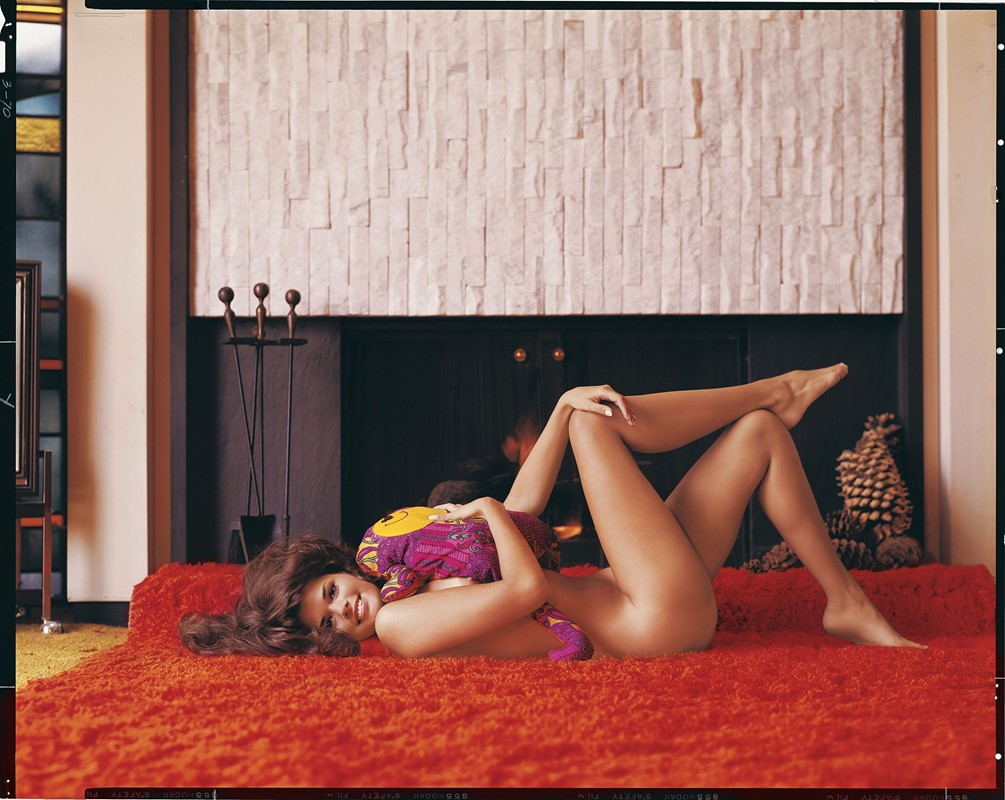 Those are film positives. Presumably from a 4×5 camera ? (update: they are probably 8×10 chromes, see comment below. Thanks Mark.).

What staggers me here is how close those are to what I assume to be the final image that would have been (yeah, I’m young enough not have been born when some of these were shot and to not have seen those final images in the … flesh).

Yes, those are studio shots. Meticulously crafted by some of the top pros of the time and with the ability to fine tune with Polaroid proofs. Intellectually, I know that the final image would have been close to the selected slide. But our photographic world has swung so far in the opposite direction of Instagram filters, presets that seem more tolerable to the cognoscenti (but are exactly the same) and intensive post-processing of some artists, that it’s still a shock to view slide scan and feel you could be looking directly at the glossy mag itself. 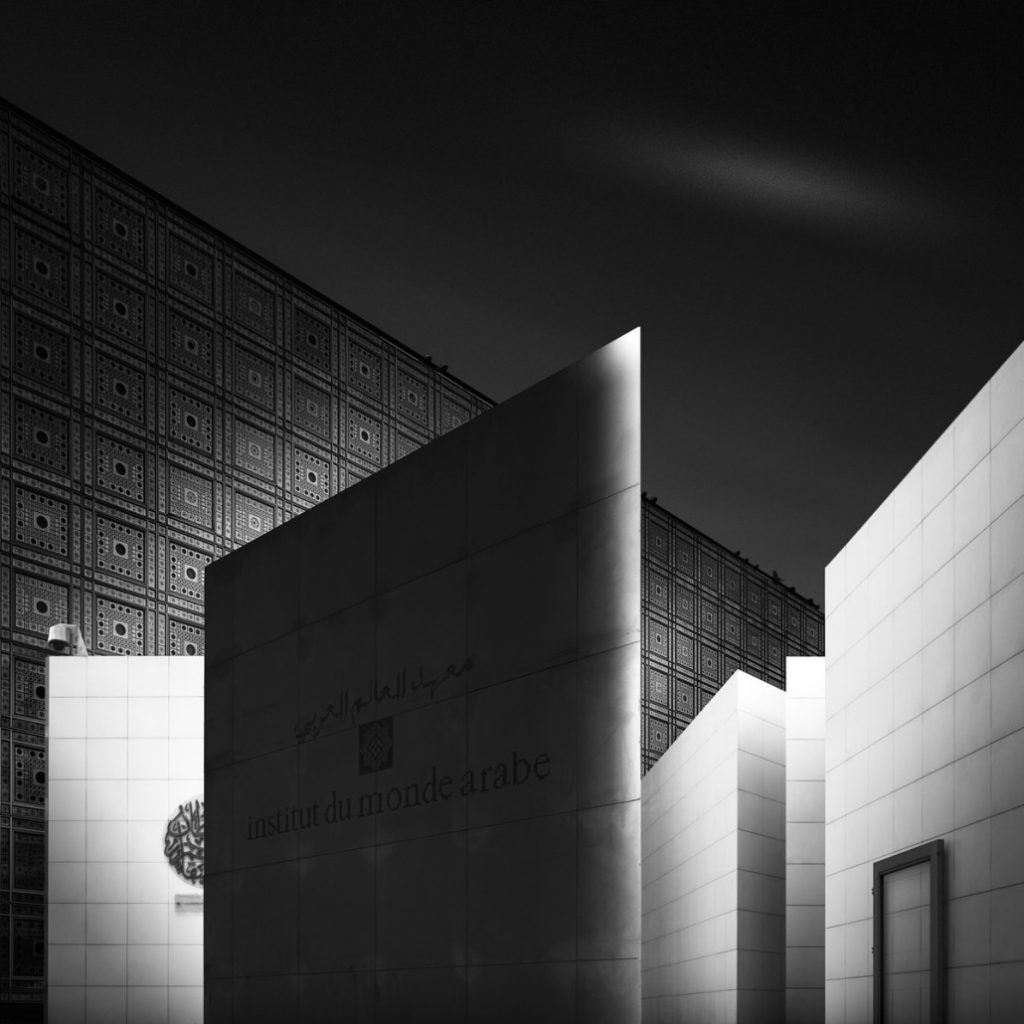 It stands to reason that digital would have opened up a whole realm of post processing that was far more difficult to achieve in the chemical lab. Jerry Uelsmann’s work becomes particularly staggering when you realise it was created before the Photoshop era, for example. Even so, it comes as a shock to witness a process that ends so close to the triggering of the shutter (OK, yes, they had to process the slide, but that hardly counts as there is very little manipulation involved).

Here’s a question : given a total work envelope for a photograph, where do you put your personal slider along the in-camera / in post axis ?

This is not a trivial “do you shoot OOC jpeg ?” question or an easy one to answer properly. Take the following photograph, for instance, which is representative of what I shoot for myself. It’s was made using a Zeiss 85/1.4 at f/2 with an extension ring, on a backlit scene, then converted to B&W in CaptureOne with a few colour slider adjustments and some vignetting.

Because of my own specific cocktail of neuroses, I do not own the IQ3 monochrome back I would love (and so indisputably deserve) to own, so there is B&W conversion involved. But it’s fair to say most of the work was done before the shot was made :

The pre-shoot work is not just how you set up your camera and lights. It’s also the results of years of meticulous testing of gear, PP software choices and PP process choices. This all amounts to tens of hours of work whereas the actual PP here probably lasted less than a minute. Not quite Playboy centerfold level but close.

This, on the other hand, is a bit more post-click labour intensive and the result of far less pre-click planning :

Same lens, at full aperture, to get a real sense of sharpness on the building and a little bit of vintage softness on the rocks and diffusion in the sky. More PP work went into keeping the sky bright but not completely white and the foreground rocks not totally black, without the photograph looking heavily manipulated. You could say, though, that the weeks spent reading Ansel Adam’s books on the Zone System heavily influenced my PP today and you’d be true. But a high DR camera such as a modern Sony FF really doesn’t require much exposure knowledge to get this right. While this would have been a tough shot for Adams, it’s a no brainer for anyone with the same camera as me. This wasn’t labour intensive at or before shoot time (I believe any reasonably good 85/1.4 would have produced a similar look) and did require a little bit more effort in PP as the previous photograph.

And here’s a third shot that required almost no a priori effort and a but more post-shoot thinking. In fact, I took another photograph of this with my Smartphone that’s not very different except for the post processing. 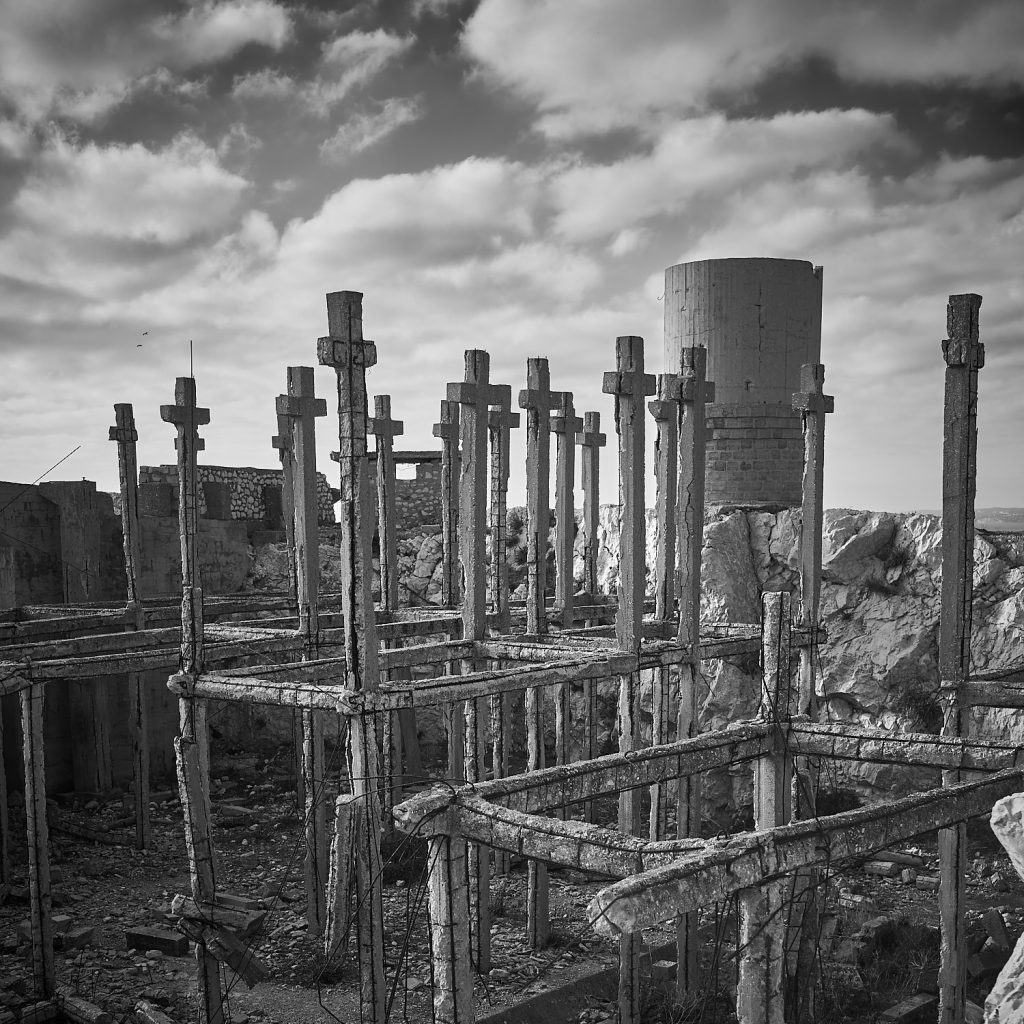 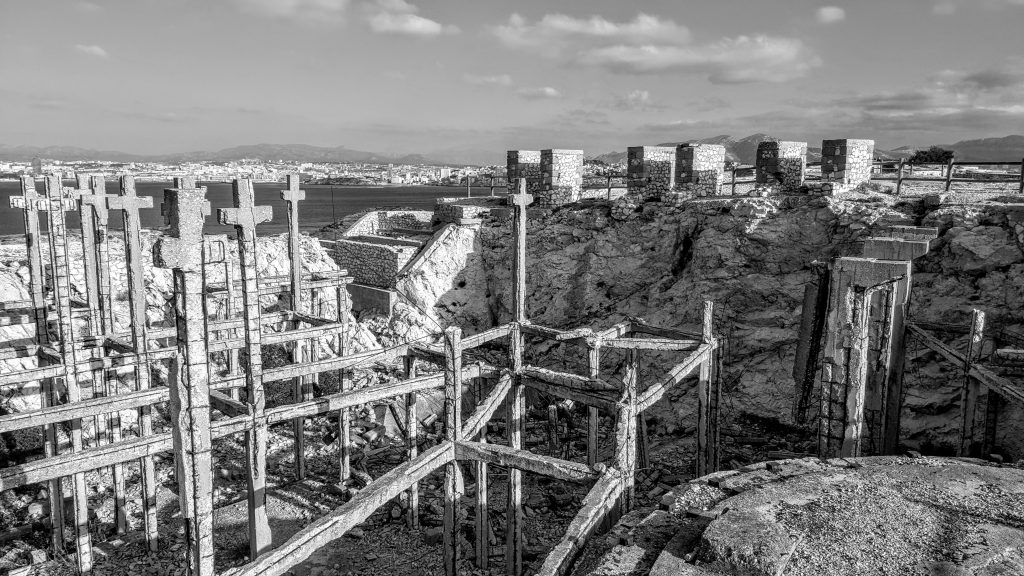 Finally, here’s a shot that was first a reaction to a scene, a tap on the phone, and a crop. Instantaneous before the take and almost instantaneous after. 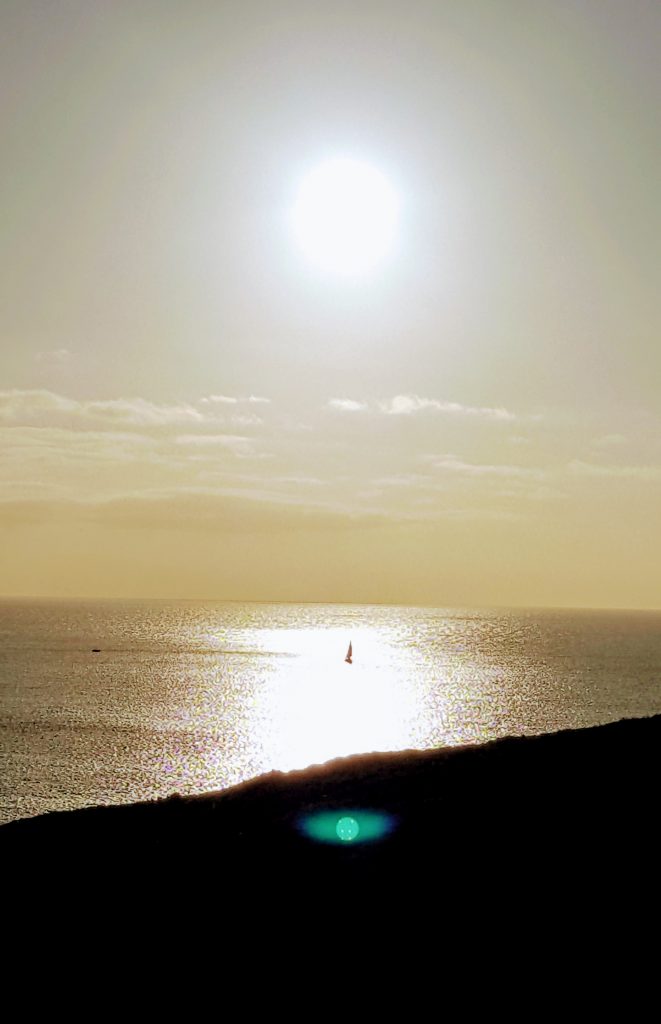 I think you’ll find artists spread unevenly along that axis. Someone like Michael Kenna has done immense work on his thinking, his worflow and even his post processing, however elaborate, is so consistent that it feels more like a priori work than a posteriori. Many fine art photographers spend a tremendous amount of time on post processing although, more often than not their process has been honed over years or decades. Conceptual photographers such a Hiroshi Sugimoto are all about the idea and the preparation. Yes, a tremendous amount of time goes into the finalising of print but all the intellectual, value creating work, is a priori. Famous photographers congregate at either end. It seems to me that most are in the pre-shoot extreme. But do you know of anyone famous who actually prints close to SOOC, like the Playboy guys ? (man, I wish my parents had bought me Playboy when I was a kid, I’d be a better photographer today …)