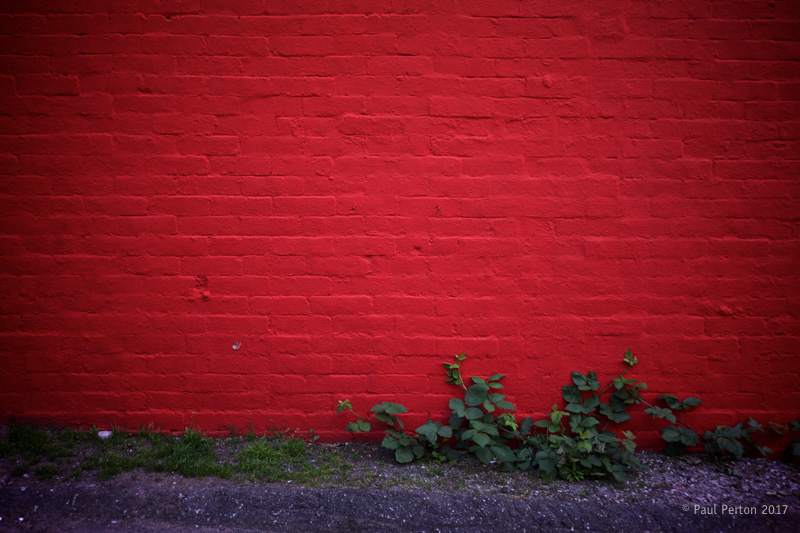 The pundits continue to wrangle; have we reached Peak Oil, or passed it. Does it matter any more as new deposits continue to be found and slowly declining demand keeps the price around $60/bbl?

Consider that the world’s bovines fart and belch infinitely more in the way of ozone-damaging gas than our hydrocarbon usage produces and yet their future remains unthreatened. So, I can’t help but wonder whether Global Warming isn’t, at least in part, a concerted effort to discredit and devalue Big Oil. They do have a lot to answer for after all.

With camera shipments continuing to slide, do we see our livelihood/hobby/passion at risk? Are we at or past Peak Photo?

On the most simplistic of research – based on visiting hundreds of Web sites, I’d say that eighty to ninety percent of photo bloggers and photographic opinionistas have shuttered their portals. Many have simply walked away, leaving a last post dating back to 2010, or 2014 as a dead-end and farewell. 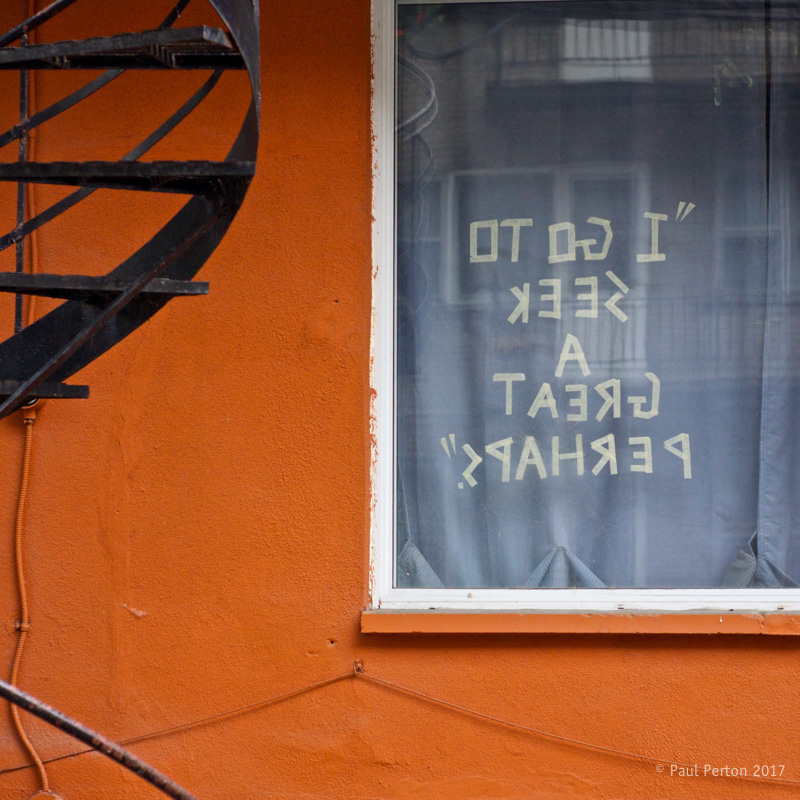 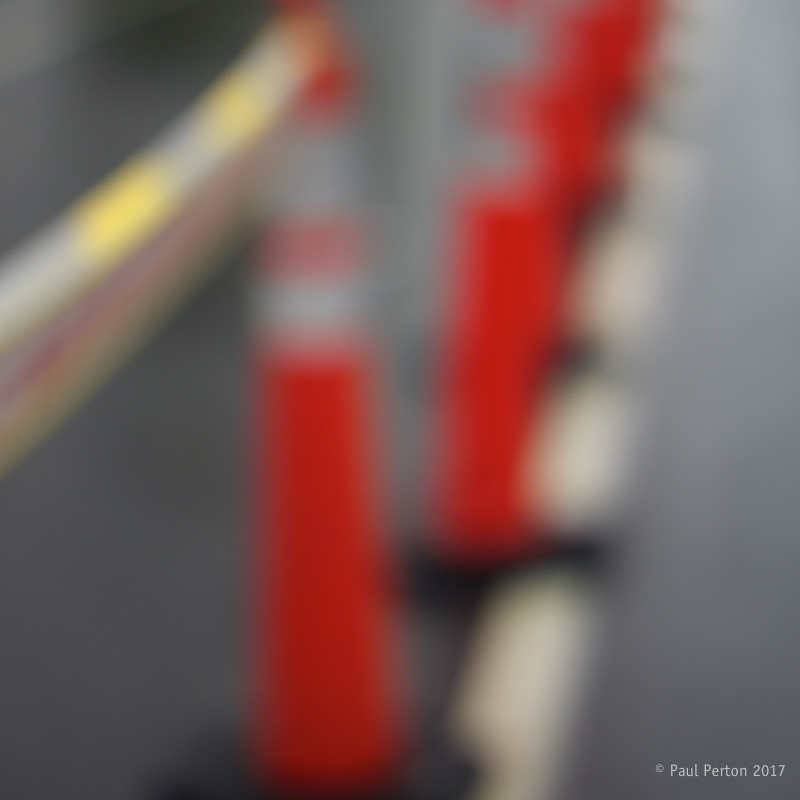 Of those left, the wide audience appeal sites; those supporting rumours, a specific brand of camera or lens, or both, are now just listings of discounts and special offers, with an occasional opinion or news item shoehorned between the deals.

Even sites with a more specific appeal like diglloyd and photo Web stalwart, Ken Rockwell have followed suit, littering their pages with the same financial inducements found elsewhere. Neither has much to say. diglloyd is currently torn between boosting photo and computer add-ons, telling us about his new Mercedes travelling photo studio, finding fault with Apple’s new iMac Pro and on a crusade to highlight the flaws in Nikon’s D850. Ken R has pretty much disappeared and whether you like his quirky style or not, he does represent a significant resource for many and his truance is a loss for us all.

That’s just two sites. Lots are still functioning. Late last year, Nikon maven Thom Hogan did warn readers that his attentions were likely to be elsewhere (read; making an income) for a while, but even so, it’s been several months since I’ve been able to visit his site every few days and benefit from it’s author’s erudition.

Ditto Ming Thein’s site. Standing on the sidelines, I’m imagining him as a seriously clever guy who marketed his Web activities into all our bookmark lists. He has a Web presence, Flickr pages, and photo workshops. He also writes camera and lens reviews and takes fine images of watches and high-end consumer kit.

So successful was he that I’m guessing adding his own watch sales and a consulting job with Hasselblad to his CV was just one or two items too many. Posts on the Web site have become less frequent and much more introspective. He no longer shoots with cameras most of us have/want and with his workload – to say nothing of a young family – I’m hardly surprised. 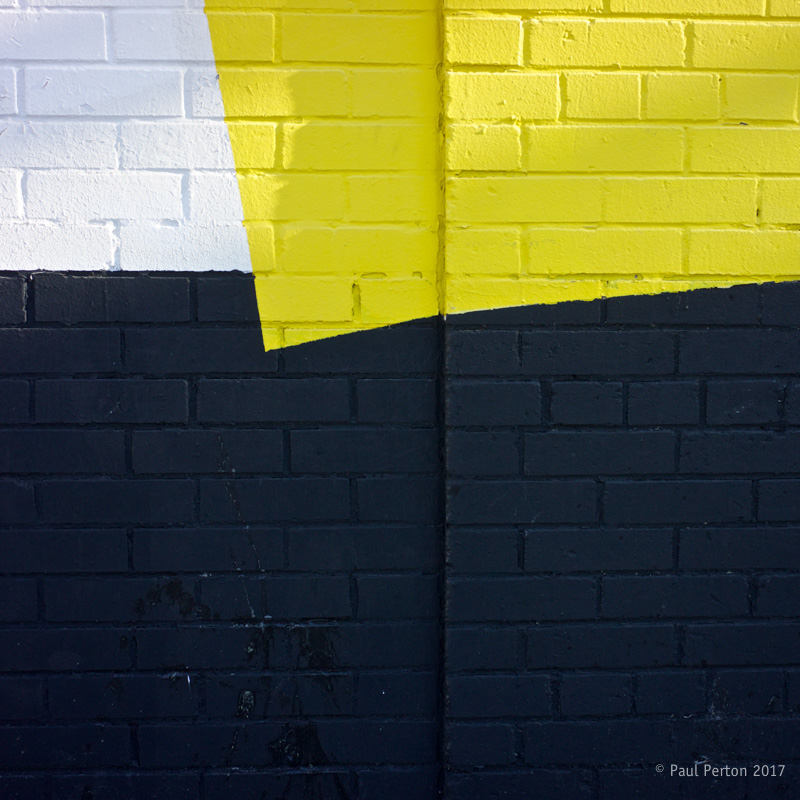 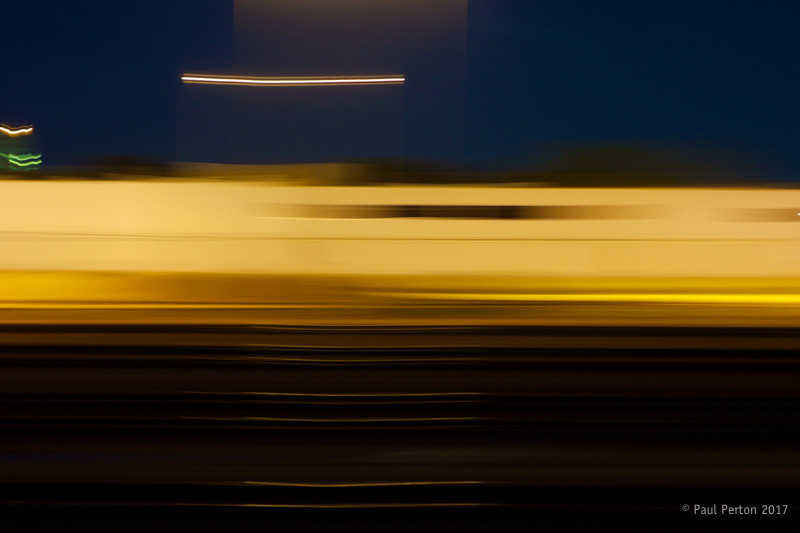 A former boss once told me that (joining his thumb and index finger to form a circle) we can only swallow so much at a time and too much going through that little aperture was likely to cause at the very least a serious blockage. It could even be fatal.

Kirk Tuck’s Visual Science Lab is a site I visit most days. As a working pro, Kirk seems to have struck a solid balance between his corporate head and shoulder, brochures and annual report gigs. On the days he writes about video, I move on.

The days he discusses his photographic work, I read. He is unashamedly a camera wonk, changing entire systems as his needs and experience evolve and new kit emerges. In recent times, he’s been through Nikon(s), Sony(s) and is currently working with several M43 Panasonics for both video and stills.

Were I to meet him, I think I’d like Kirk. He is pragmatic, is quick to pull his own leg and at ease with what he does. He does it very well and on the few occasions he’s been absent, for whatever reason, I’ve felt just a slight pang of loss, missing out.

OK so what am I really saying?

I’ve been blogging on various fora since the early ‘90s, when I discovered the father of blogging Dave Winer and Scripting News. It was clear then that blogging required commitment, an ability to write halfway decent copy and more than anything else, a flow of content.

You’d be forgiven for a couple of posts that didn’t titilate, or deadlines that were missed. The Web was young and there weren’t a thousand other sites saying much the same as you. That changed pretty quickly and the spectre of getting your message across quickly and concisely lest the reader went elsewhere, arrived.

That threat has only ever increased. 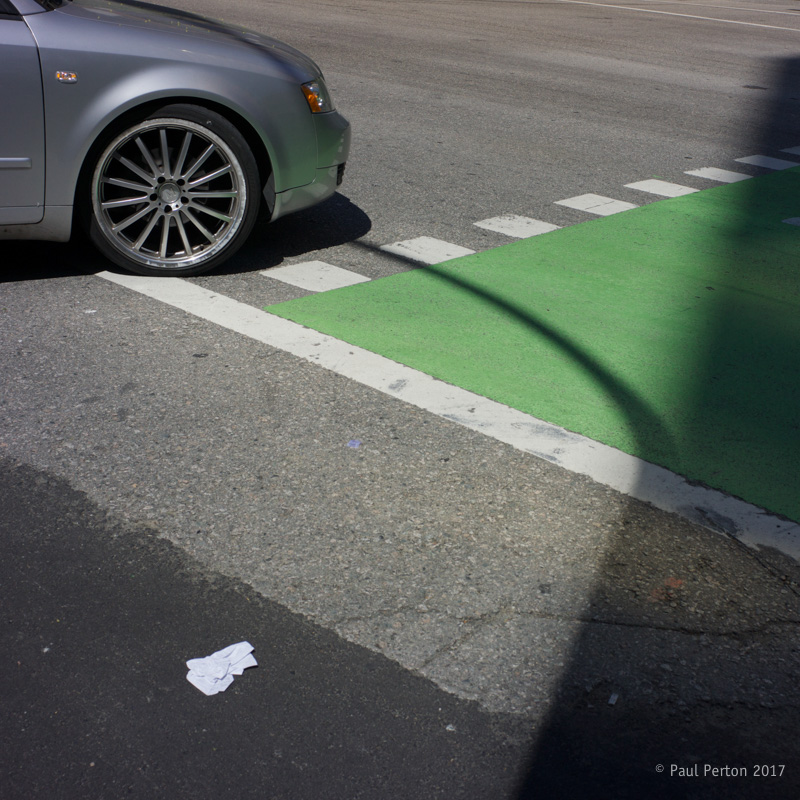 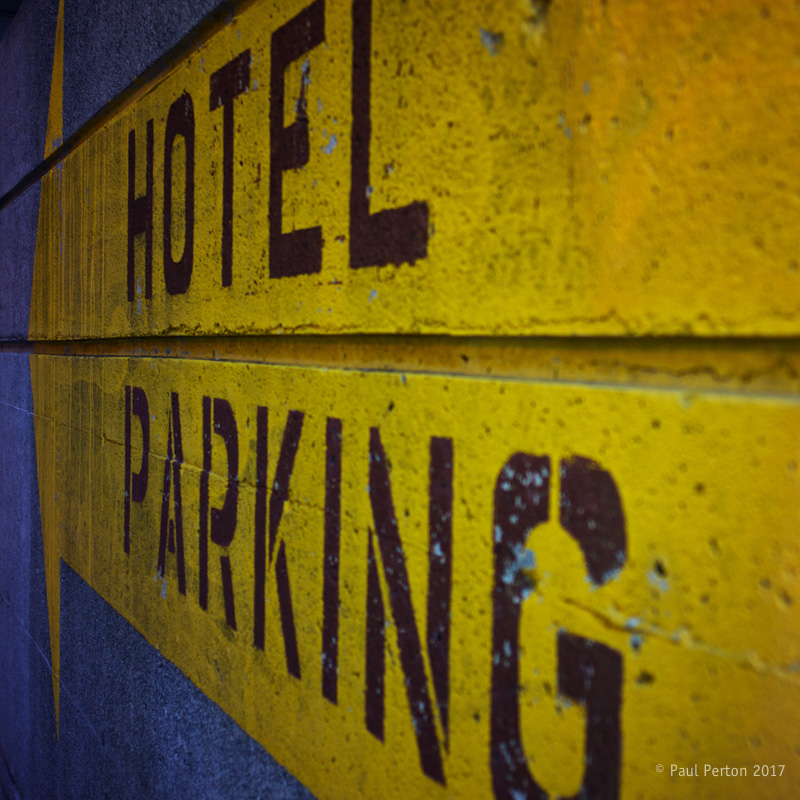 Today, bloggers still come and go, quickly out of good ideas, or stamina after just a post or two. Some hang around and hopefully, those with something interesting – dare I say unique – to say, prosper.

Back where I started, we probably are past Peak Photo. According to stats site, DMR, some 25 million images a day are uploaded to Flickr and fourteen times that number (350 million) to Facebook. My guess is that in neither case more than 1% to 2% of those are shot with real cameras.

Few of those social media posters will be asking us for advice, ideas, or camera buying suggestions. Much less buying expensive – at least in comparison to a phone camera – DSLRs, or mirrorless offerings. They’ve re-defined the market – now a world viewed through a 12 square inch portal that can deliver surprising colour, ultra modern mathematically enhanced images and absolute portability from Flickr, to Facebook, Instagram and everywhere else.

The day a phone manufacturer delivers a camera with just enough image quality to use in a brochure, or annual report – surely not very far away now – the rest of the industry will probably lose another chunk of its customer base.

I’m not holding my breath. Peak Photo? Yup. Done and dusted – we’re busy doing it to ourselves. 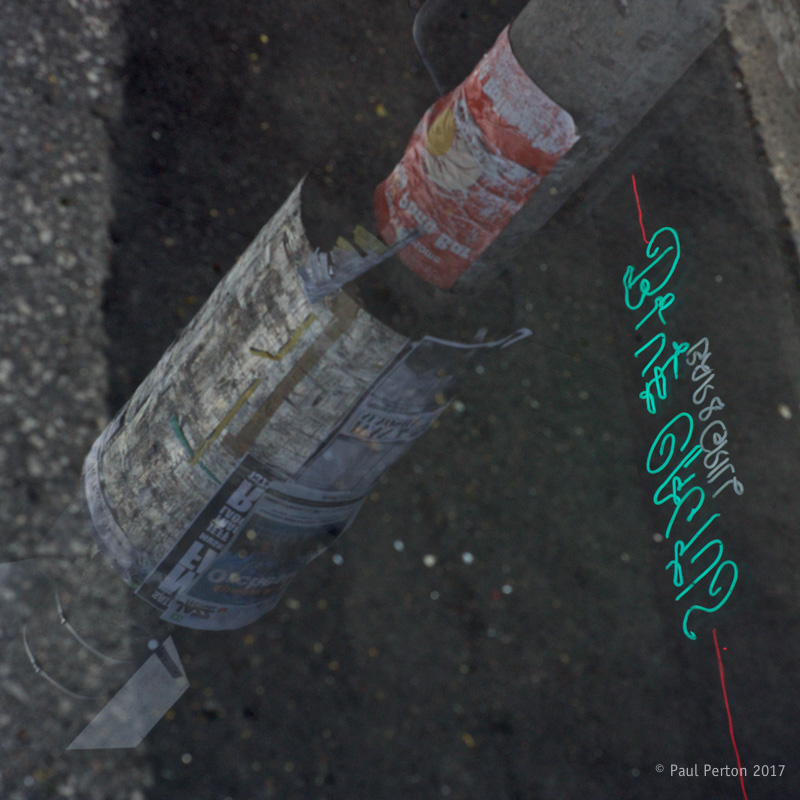 Previous Post #685. London or Sleepy Hollow? Next Post #687. Bokeh is the new sharp. Of un-selfies and game reserves…