In 1492, German Renaissance abbot Johannes Trithemius took a break from his numerous fields of research to write his “De Laure Scriptorum” (in praise of scribes) letter, to defend the (then) dying breed of scribes, whose expertise (knowing how to read and write) had been battered into redundancy for decades by one Johannes Gutenberg.

The irony of this is that Trithemius had the letter printed on one of Gutenberg’s movable type presses. 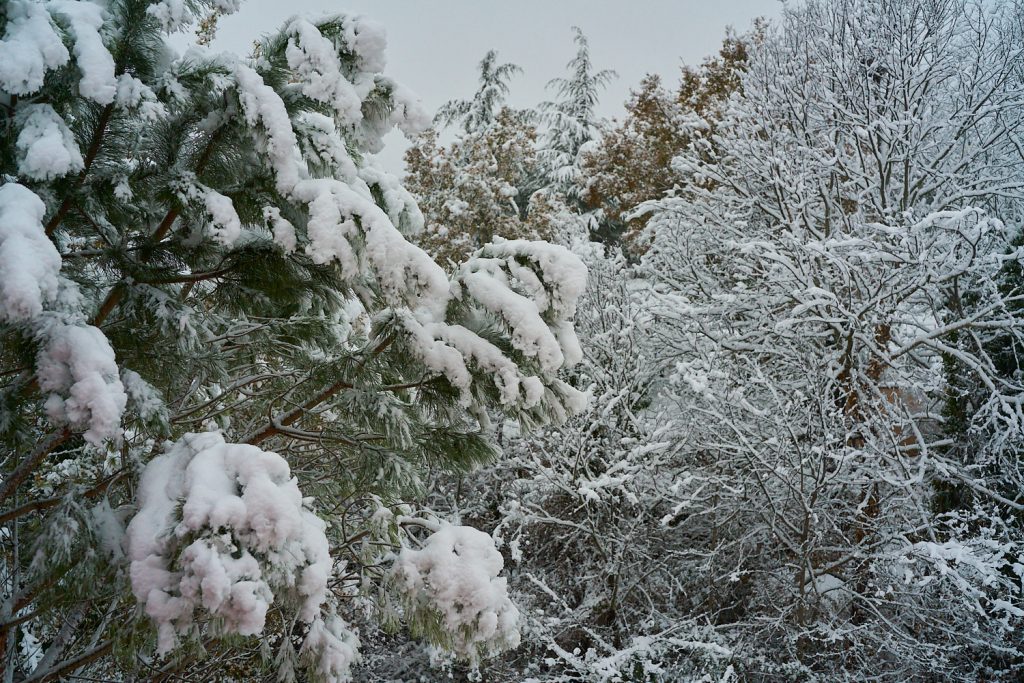 A similar phenomenon is happening to photography. Has been for the best part of a decade. Has been discussed several times in these pages. Is taking the photo world by storm like a force that no amount of whining will stop. I’m talking, of course, of smartphone photography.

Quoting from the article:

“According to [Flickr] data, the iPhone ranks as the most popular camera with 54 percent of photographers using devices from Apple — more than all the other traditional camera companies combined. In general, phones captured 50 percent of the photos uploaded to Flickr. Other camera types like DSLR, point-and-shoot and mirrorless came in at 33 percent, 12 percent and 4 percent respectively”

This quote invites a whole lot of questions about the users of Flickr as the 4% of mirrorless representation is distinctly at odds with the market of these past years. But the real kicker is that iPhones (all models) alone amount to more than all other camera brands combined. Smartphone photography isn’t a fad, it’s there to stay and it’s changing the landscape forever. 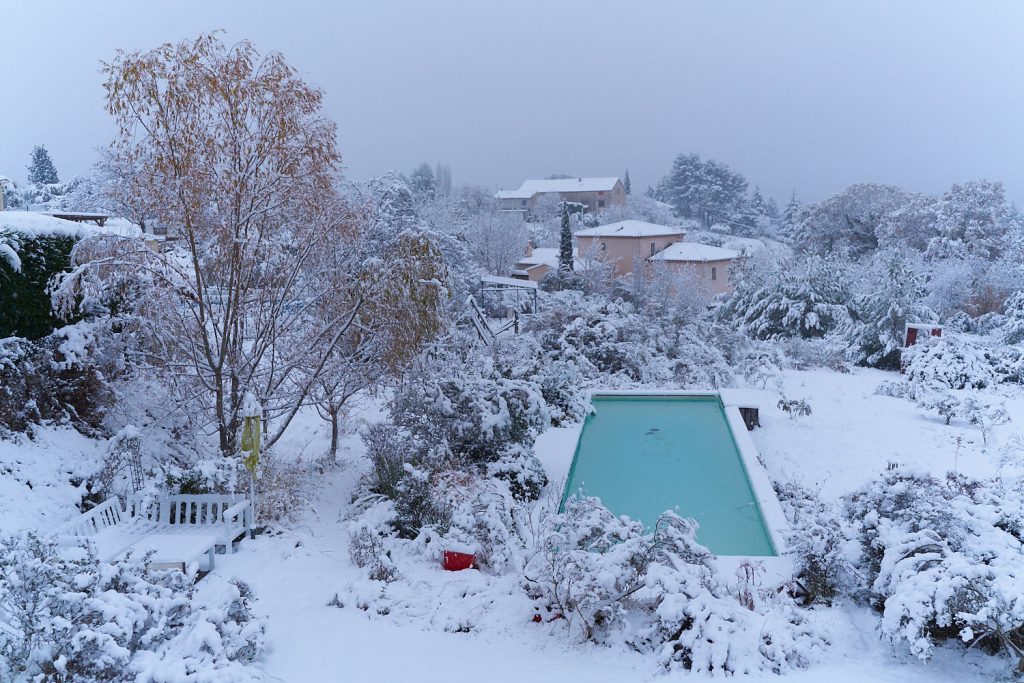 And, yes, we can complain about the loss of photographic quality, the armies of selfie-sticks and the rudeness of some tourists uneducated to the subtleties and etiquette of ‘real photographers’. But none of it would be founded or useful.

Because when a tide is rising, you don’t fight it. You align or you lose. And because the two seemingly opposite forks of any such technological revolution are in fact very complementary forces for progress. One, on an individual level, the other as a mass-lifter of all boats.

There’s a vast amount of … well, crap … on the Internet. Videos of kittens that will drain your day, false opinions, unresearched guru claims, ranting, deliberate manipulation … it’s all there. The easier it is to do something (or, put another way, the lower the barrier to entry) the more trash you’ll find associated with it. It’s part of our nature to be seduced by the easy and the spectacular and it’s to be expected that some, many, will take the sleazy way to anything new.

But there’s also an amount of knowledge, inspiration and wisdom that’s unprecedented in human history. What you chose to make of it is a personal decision. 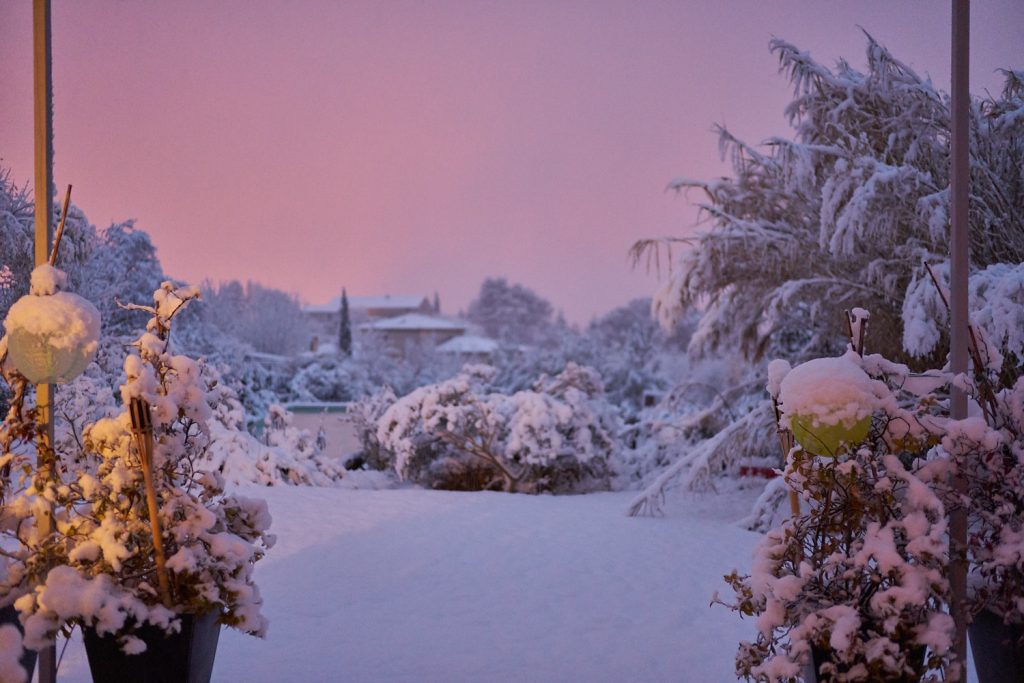 Gutenberg’s movable type press had a similar effect as the Internet and Smartphone cameras (each with different levels of historical significance, obviously). Here’s what all-knowing wikipedia has to say about it :

In Renaissance Europe, the arrival of mechanical movable type printing introduced the era of mass communication, which permanently altered the structure of society. The relatively unrestricted circulation of information and (revolutionary) ideas transcended borders, captured the masses in the Reformation and threatened the power of political and religious authorities. The sharp increase in literacy broke the monopoly of the literate elite on education and learning and bolstered the emerging middle class. Across Europe, the increasing cultural self-awareness of its peoples led to the rise of proto-nationalism, and accelerated by the development of European vernacular languages, to the detriment of Latin‘s status as lingua franca.

But here’s what Johannes Trithemium had to say about scribes :

The printed book is made of paper and, like paper, will quickly disappear. But the scribe working with parchment ensures lasting remembrance for himself and for his text.

He goes on to explain that work is better than idleness for any man, that copy is the best form of work, that the copying of texts helps learn them and become proficient in their practice … Basically, he describes the benefits of copying to the scribes as opposed to the benefits of the press to society as a whole. 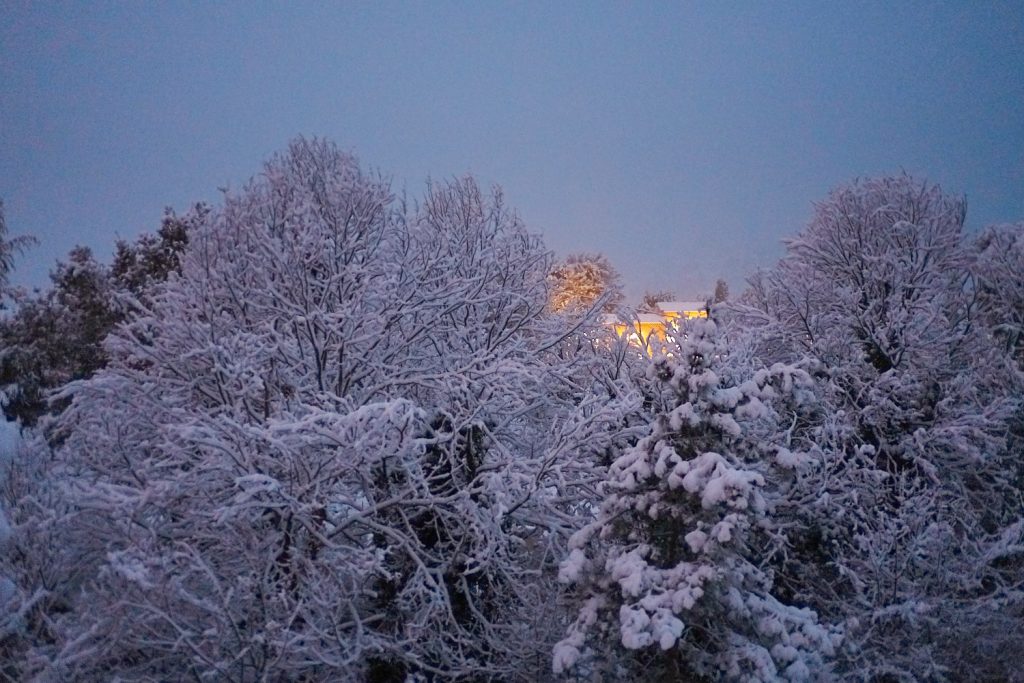 And the same goes for photography today.

The benefits of searching for photographic perfection are largely individual. Working on your photography is working on yourself. It is tool-independent. It is self-centered learning, experimenting and digesting of feedback.

The benefits of the Smartphone are largely collective. Social. Flickr’s stat is doubly interesting because iPhones, until recently, were often quite poor cameras compared to the competition. That didn’t stop social sharing from becoming one of the strongest forces in fun and marketing alike, or amateurs to come to the help of professional journalists, or artists to experiment in many directions. The social benefits of iPhones and other camera-phone brands are just beginning to show but have already made dents in history. 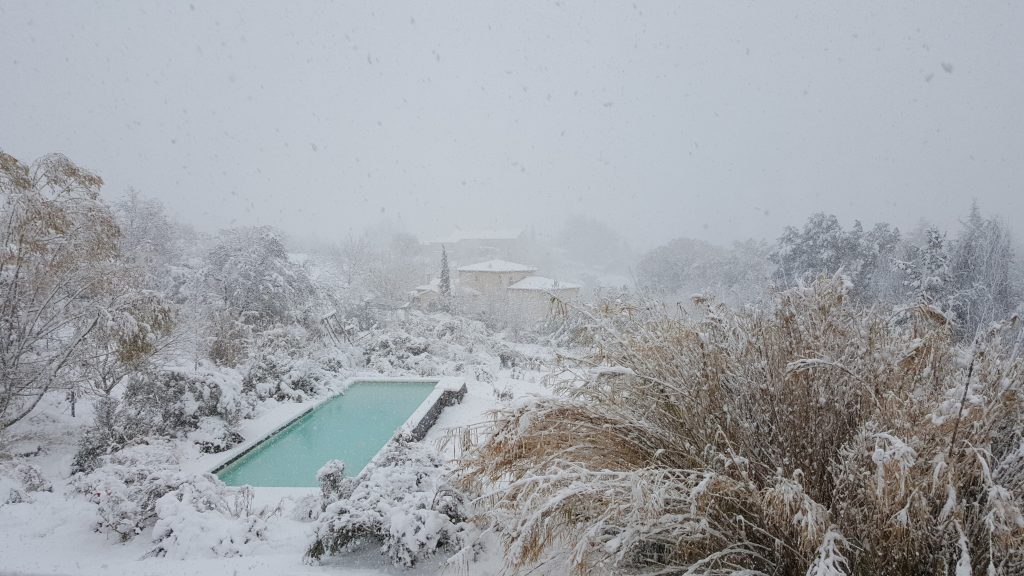 Of course, you can argue that the millions of tourists that flock to famous places donning selfie sticks and getting in the way of ‘real photographers’ are a nuisance. And that 90% of smartphotographs are poor. It’s a fact that all forms of disruptions have to break a lot of established things before they pave the way for something new, often better.

Mainstream media still haven’t recovered from selling their souls to Facebook and falling for the lure of cheap traffic and slaughtering editorial standards on the altar of volume. But new media have emerged to take their place or show them the way. Blogs such as this one, collaborative sites, platforms such as Medium …

Amazon has killed off many brick and mortar shops, created armies of human-robots and burned out entire squadrons of freshly-minted MBAs.

Tesla (who’s real disruption is carpooling, not electric power) will likely destroy Über (buy a Tesla and a token in a blockchain, and who needs über ??) and taxis but will provide transportation who people who can’t afford it.

The fact is that scribes died but calligraphy isn’t dead. The societal role of scribes are purveyors of knowledge was an extremely inefficient one, from an economic stand point. But the artistic and personal-growth roles still thrive today.

And some photographers may be suffering from the emergence of the Smartphone tourist but maybe it’s their fault for even considering the famous places themselves in the first place ? Maybe this new revolution will force them to rethink their craft for the better ? That, or be swept away by the tide … 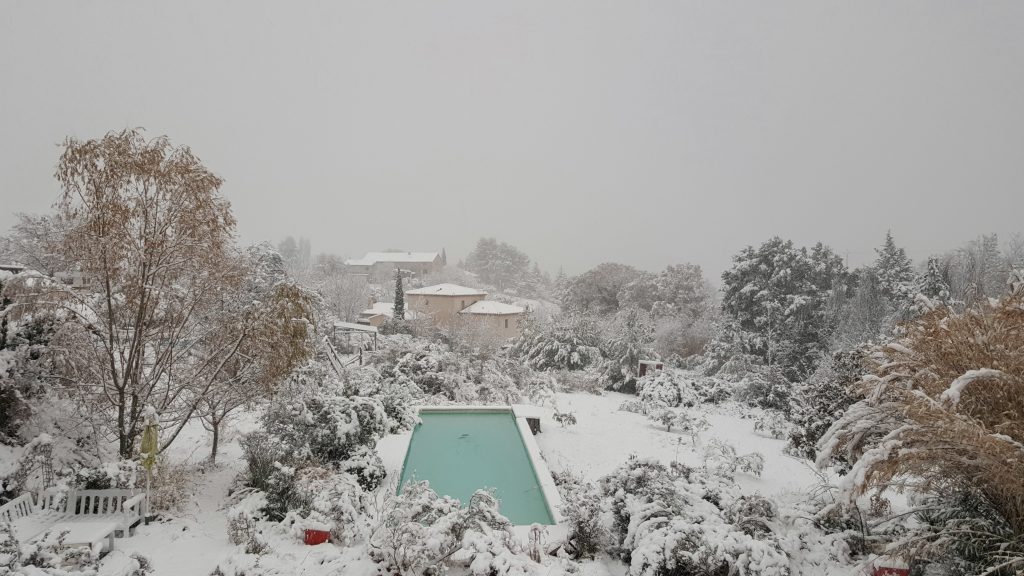 I’ll let someone more expert than I on scribes and printing presses conclude on the matter of iPhones.

Trithemius’s treatise in praise of scribes—or, literally,‘hand-writers’—does not survive in manuscript but in printed form,since it was published in 1494 […] But the paradox may be moreseeming than real, since Trithemius himself was no foe of printedbooks. In his balanced appreciation of old and new technologies, heconstitutes an exemplary role model for us in our own time of transition. 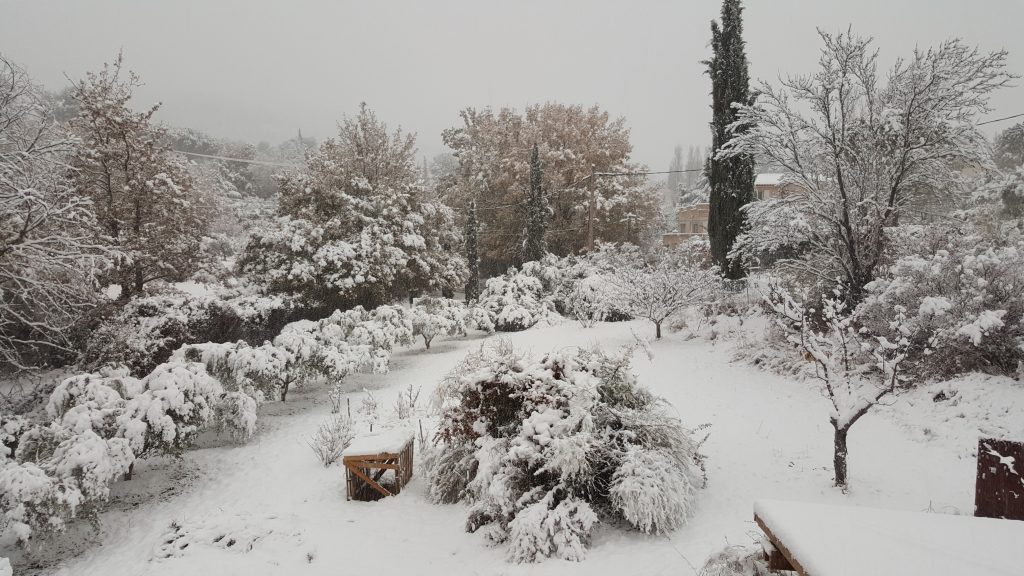 An update on the collaborative “Let there be Light project”

Let me extend my thanks to those who have sent their photographs and ideas to help build this project. Some are really superb and  will help paint a far broader picture that I would have been able to alone.

Those of you who expressed interest in sharing some stuff but have not been able to yet can still do so this week. WeTransfer and Dropbox are perfect for sharing photographs. And you can use my address (pascal dot jappy at gmail dot com) or comments or the contact form (top right corner of this website) to share thoughts and text.

On Friday, 15th, I’ll close the gate so we can start structuring what has come and publish articles over the following weeks. The project will take the form of a series of short articles all grouped under a table of contents page which will be made public when all the articles have been posted.

Topics already in the list : quality of light (temperature, hardness, transparency …) exposure (long, short, ETTR or not …) light in composition, light in mood. Other ideas welcome. 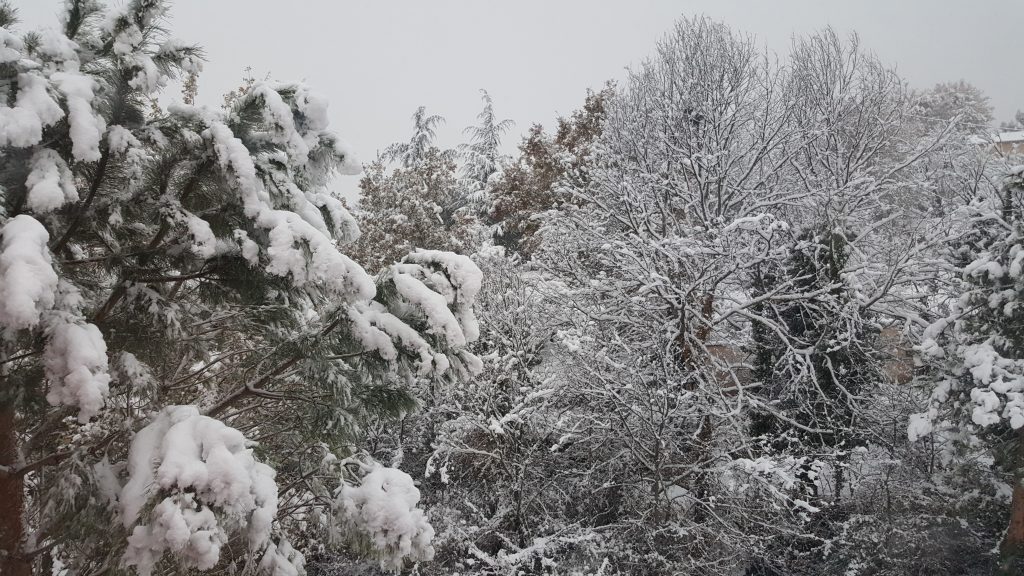 Gates close on the 15th. Anything to share / contribute ?