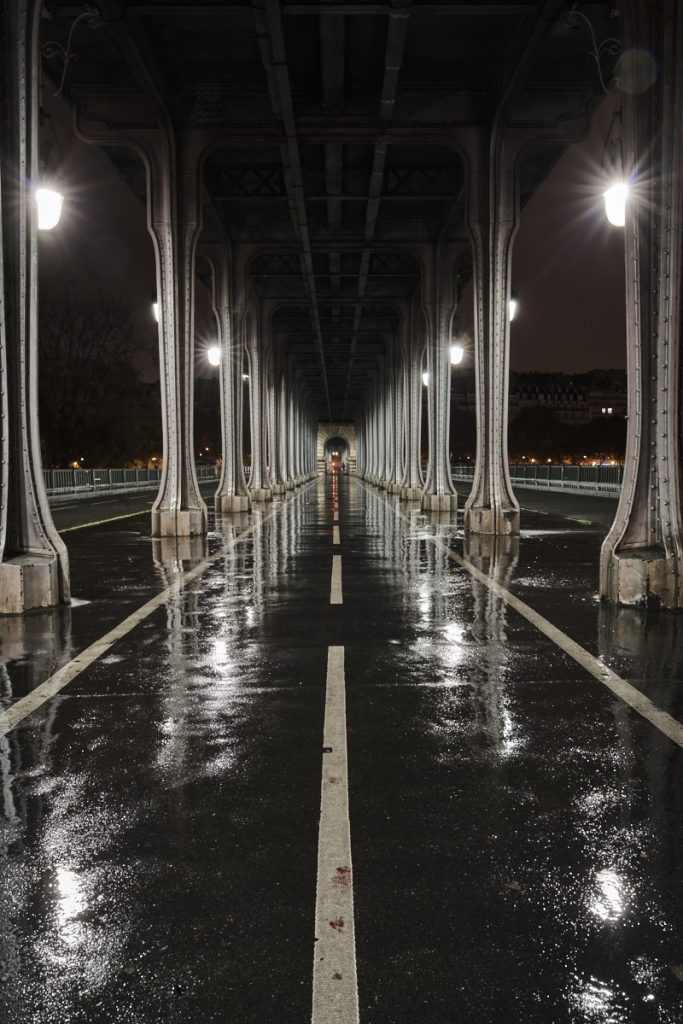 Last week was the Paris Salon de la Photo, the largest photo gear expo in the year. I went there with a shopping list that was longer than my hobby-spending bank balance. Fortunately, there was no way I could buy the whole list, as some items were incompatible with others. 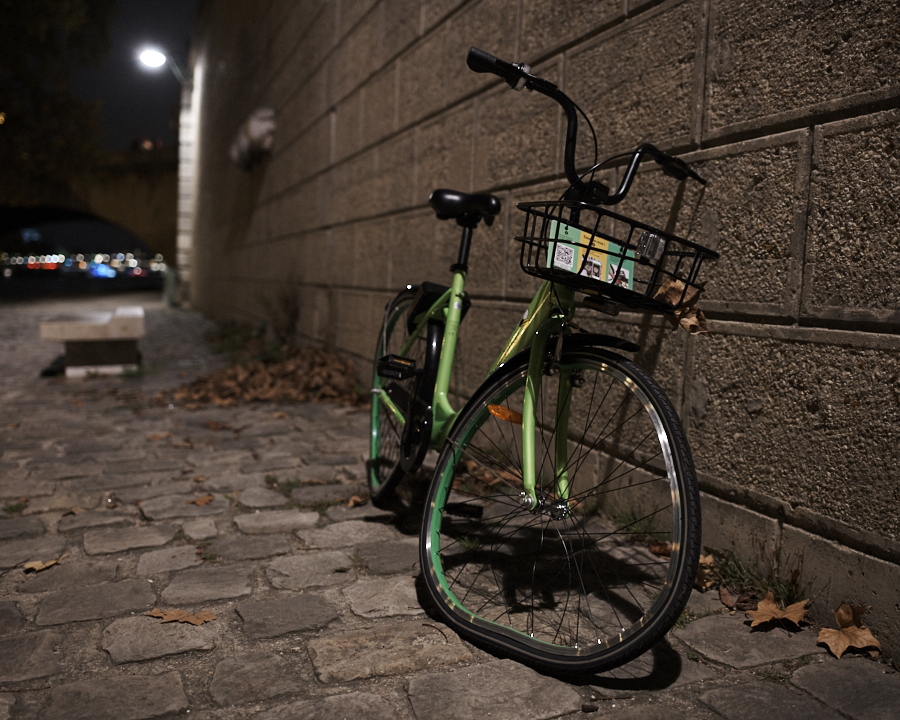 The first items on my list were a tandem of new Voigtländer lenses, a 40mm f:1.2, and a 65mm f:2.0 mm APO Macro. I’d seen many images from the 65, and it looked like a fantastic lens. Many of my forum relations had actually already bought one, and it looked tempting. Though, frankly, I hardly needed it, because I own a 55mm Otus, which is fantastic, and which I use for close-ups with tubes. So good was the 65 that it was already murmured that it was a mini-Otus, the greatest praise to be lavished on a lens this side of Leica. But was/it really that good? First, 2 images, 50% crops of the 65, one at f:2.0, then f:4.0. Notice the sharpness in both cases, and the sunstars at f:4.0… 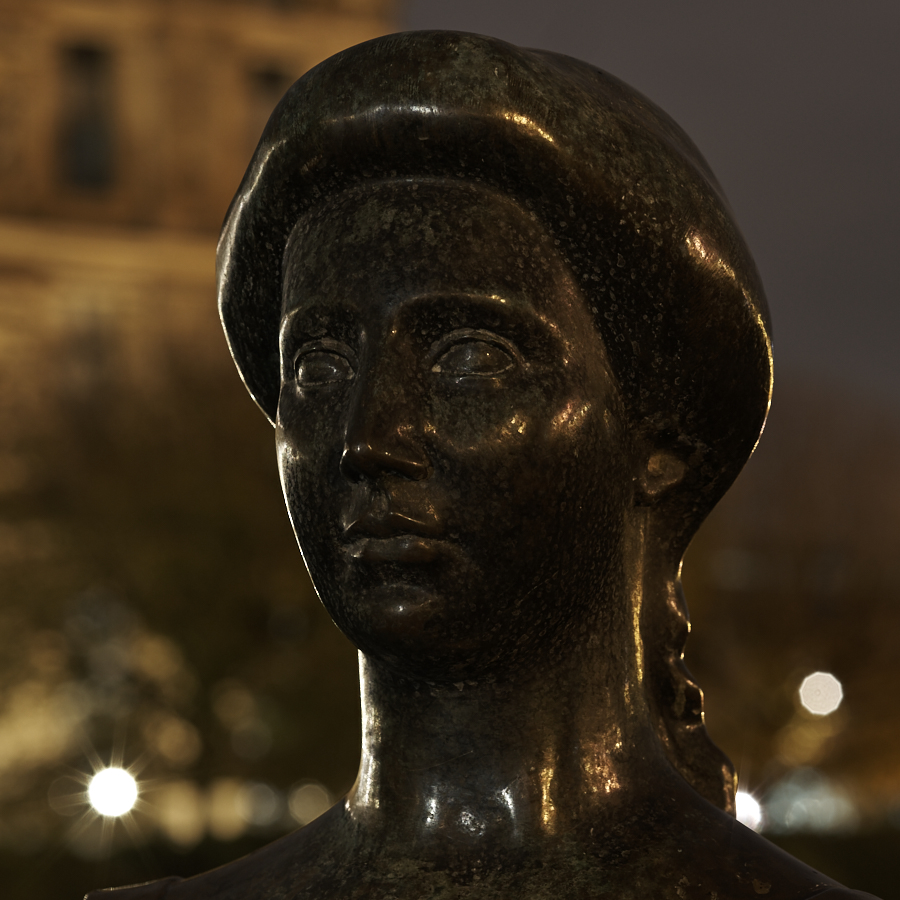 The next item, the 40mm f:1.2 is clearly not a mini-Otus. At that price level (pretty much 1000€ or $, like its sibling), and with its speed, its small-ish size and low-ish weight, it cannot be perfectly corrected, and it isn’t. Colour aberrations, focus shift, softness and other weaknesses were pointed out, mostly wide open and gradually going away when you stop down. One full picture, then a deep crop, first wide open, then f:4.0, all SOOC. Note the “two-for-one” lens, lovely in both cases, only quite different. Also the glow at f:1.2 that magnifies the lamps, the CA… But I really like the results! The 40mm f:1.2 exhibits glow wide open, which gradually goes away until f:2.8. The 65mm OTOH is very sharp from f:2.0, with only a minor gain until f:2.8n where it is clearly übersharp. This “opposition” continues unfortunately when it comes to rendering. The 40 has a lovely rendering for those who like “character” lenses (read: Pascal and his ilk). In that sense, it reminds of the Zeiss 50 f:1.5, or the Planar 50 f:1.4. Flawed, but beloved. The 65 OTOH has no such flaws and many virtues of the highest caliber. But the rendering, if flawless, is a bit rigid and cold, not unlike the Zeiss 50 f:2.0 Makro Planar. Highly valued, but not much loved. 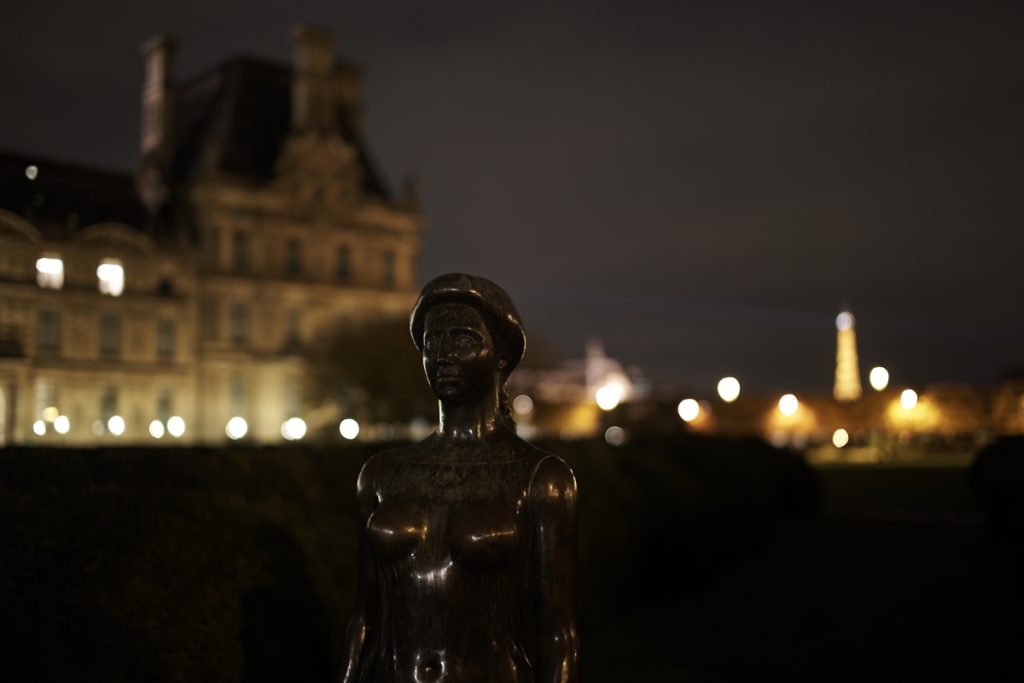 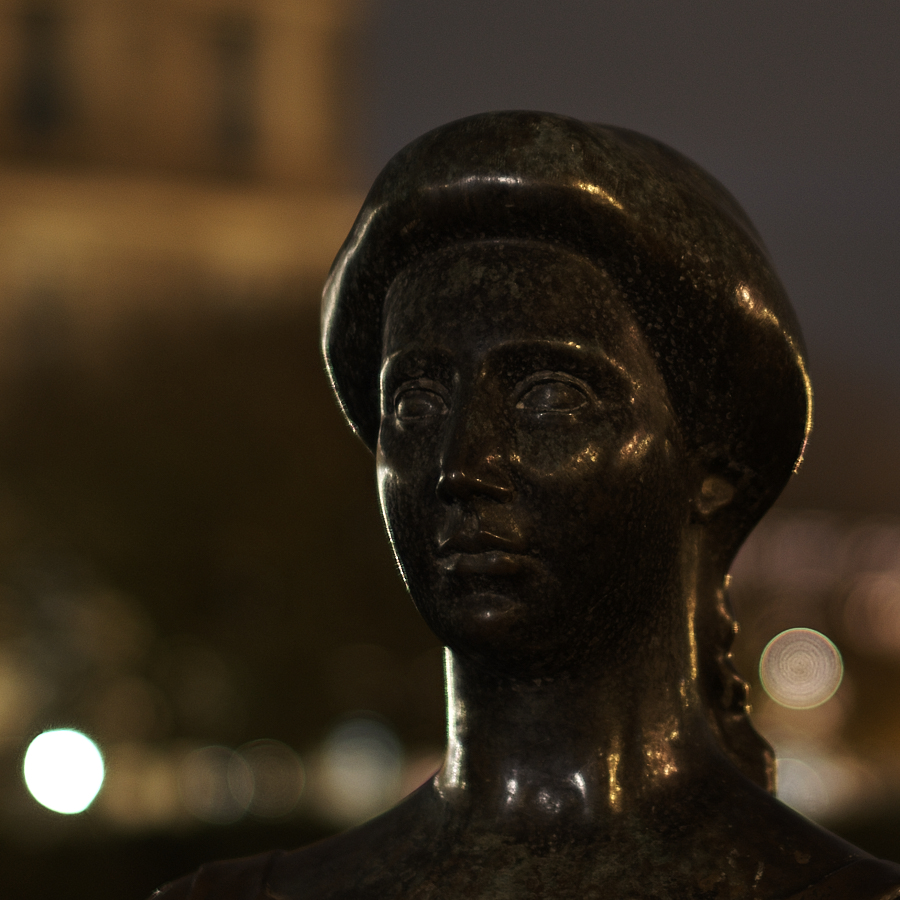 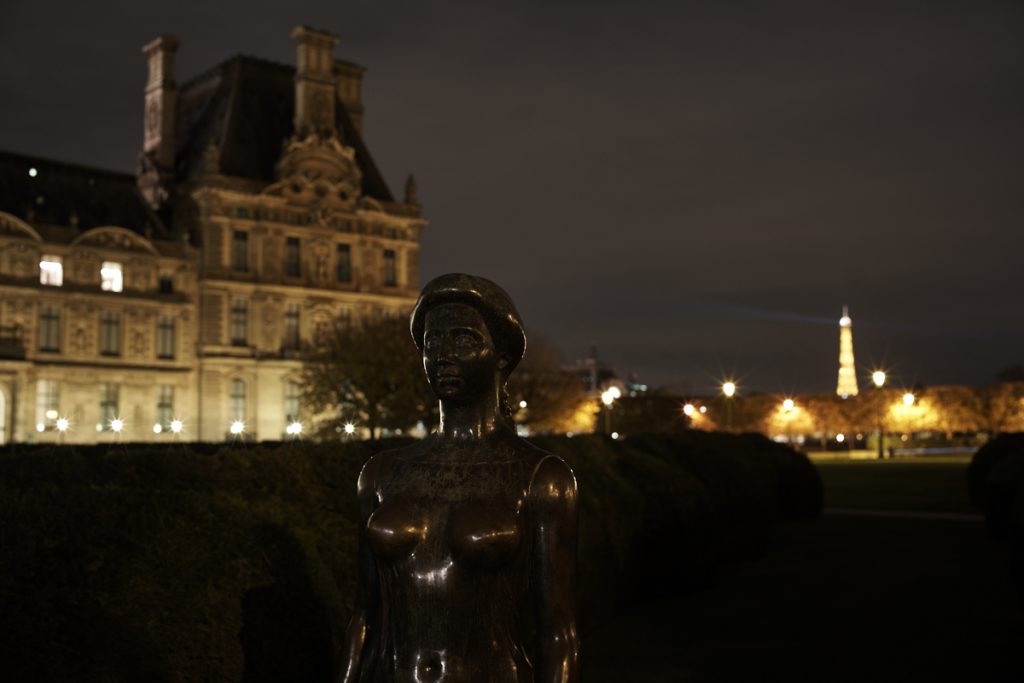 The idea was the get the 2 lenses as a “light everyday kit”, for when I wouldn’t take my “standard everyday kit”, which does come in a 5kg. But how much would I be giving up in IQ? My questions were answered quickly: Voigtländer didn’t exhibit. Strike 2!

Next: Zeiss just released 2 new lenses in the Milvus line, a 35mm f:1.4, and a 25 f:1.4. Now I don’t own a 35mm, and the Milvus could just be the bee’s knees, except it would be very close to my Otus 28. Too much money and too much weight locked up in a duo with a lot of overlap. But there was a better idea. Let my Otus 28 go, and replace it with a Milvus 25 + 35. That way, I would “only” add 500gm to my bag (2x1kg lenses added, 1×1,5kg lens subtracted), and financially, it would be a wash or close. The 25 got a totally brilliant review from Lloyd Chambers, the 35 was acclaimed as well, and deservedly so, and, again, references to their being Otus-grade started to appear. I took the 2 lenses for a spin, only a very brief one because there were Press chaps and many customers around, and absconding with their 2 new designs at the height of a show would have been unneighbourly. The long and the short of it is: the Milvus 25 is a remarkable lens, quite possibly the best in the Milvus line, and quite possibly an überlens. Anyone should be delighted to own and shoot one. The 35 was just a teeny bit less impressive, but still at a very high level. Anyone? Well, not quite. Anyone but the very few who own the awesome, very heavy, very expensive Otus 28, a.k.a. Karl, the baddest (or bad-assest?) WA known to DearSusan. Yes, getting a 25 + 35 would make sense. Yes the IQ would suffer just a teeny bit. But my sense of achievement at having adressed my subjects with the best there is gear-wise (the substitute to adressing the subject with unbridled talent) would suffer by more than a teeny bit. Strike another 2! First, a comparison of 25 and 35, of a waste bin (!) Note, both lenses are sharp enough that the picture on the brochure produces moiré! 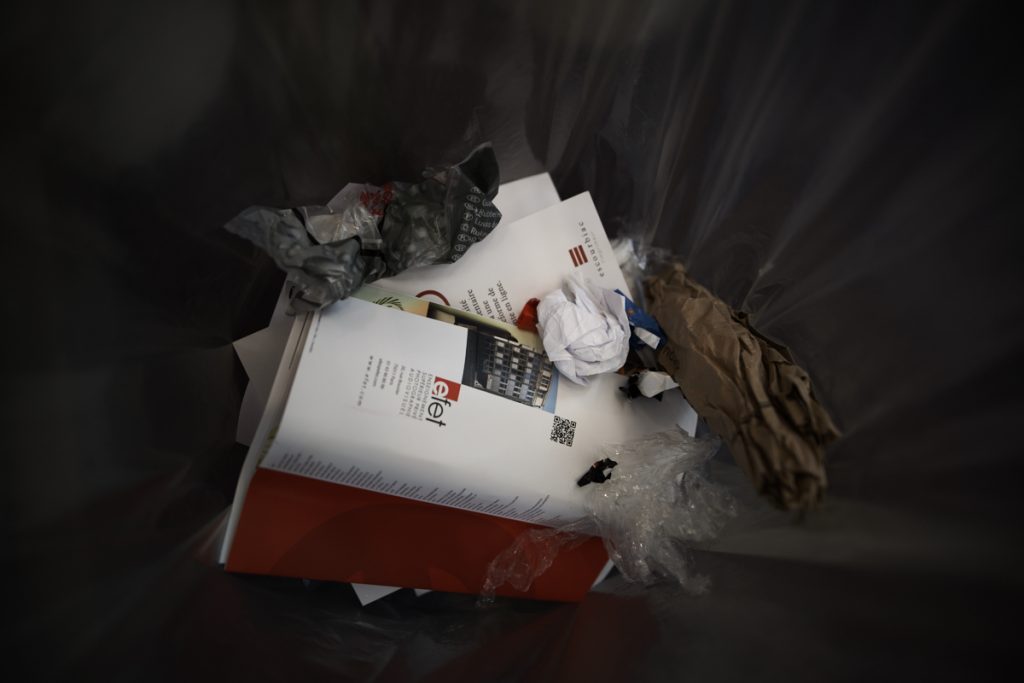 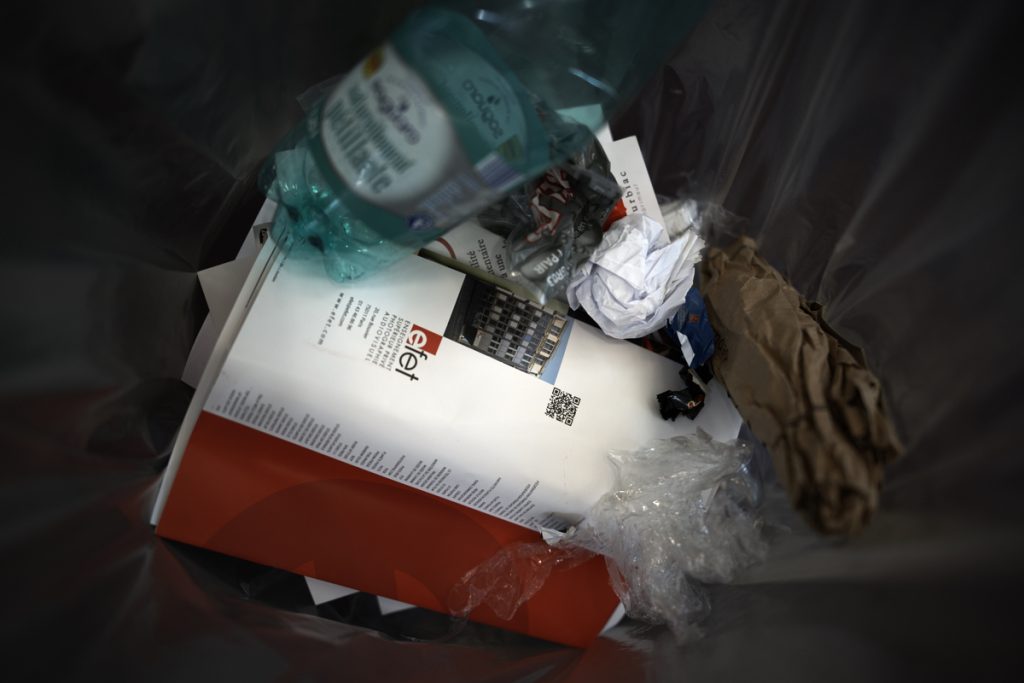 Then 3 comparisons between Milvus 35 and Otus 28, resized to equivalent sizes and equalized for WB. Look at differences in character and background. 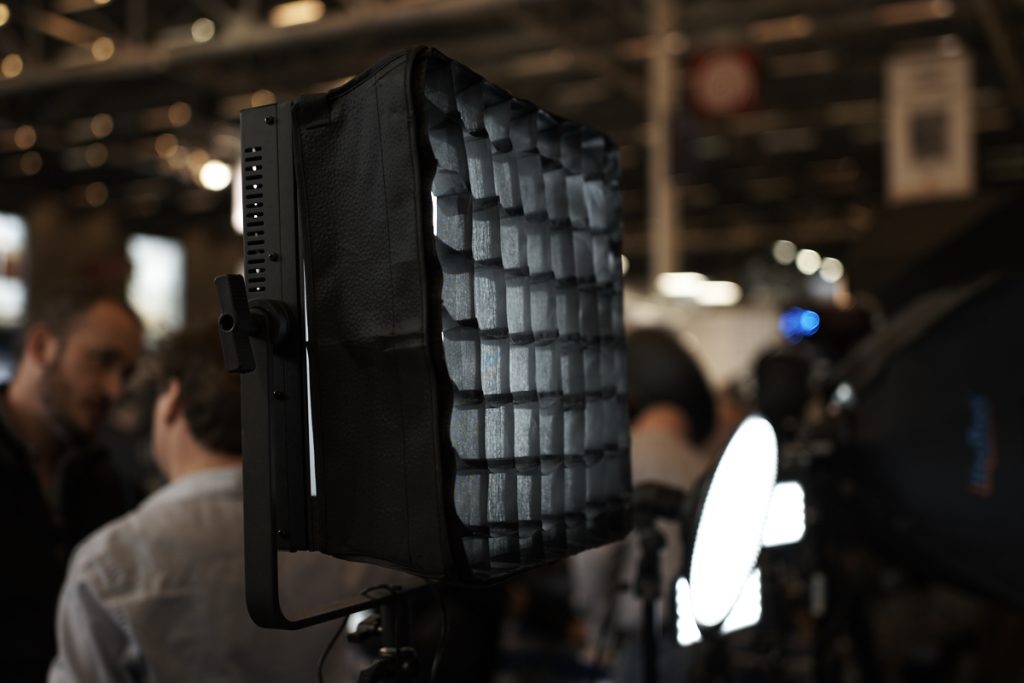 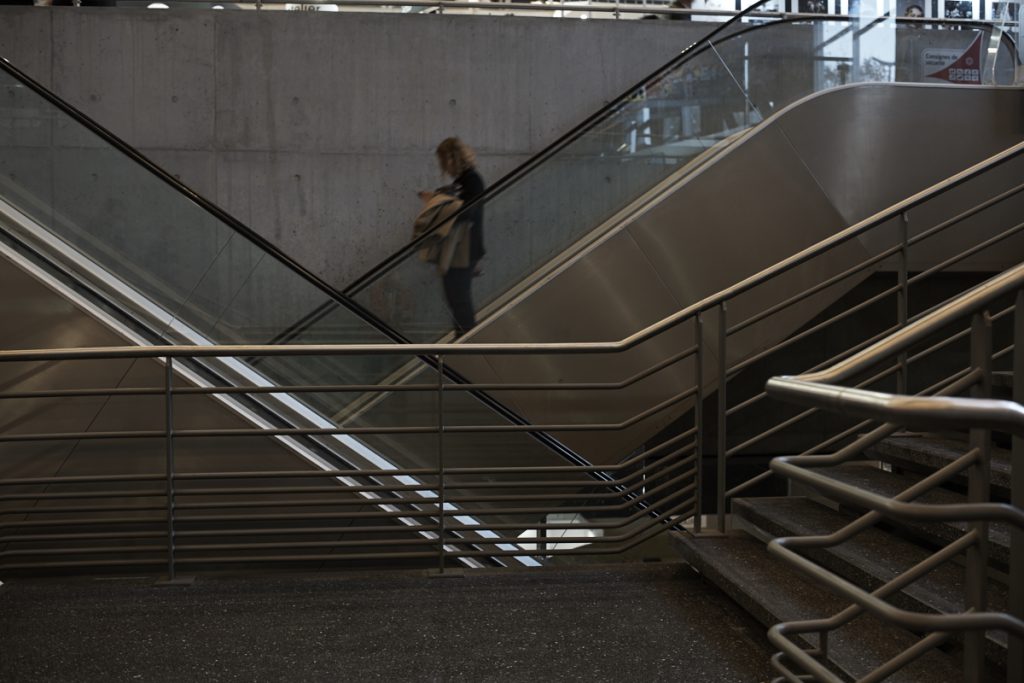 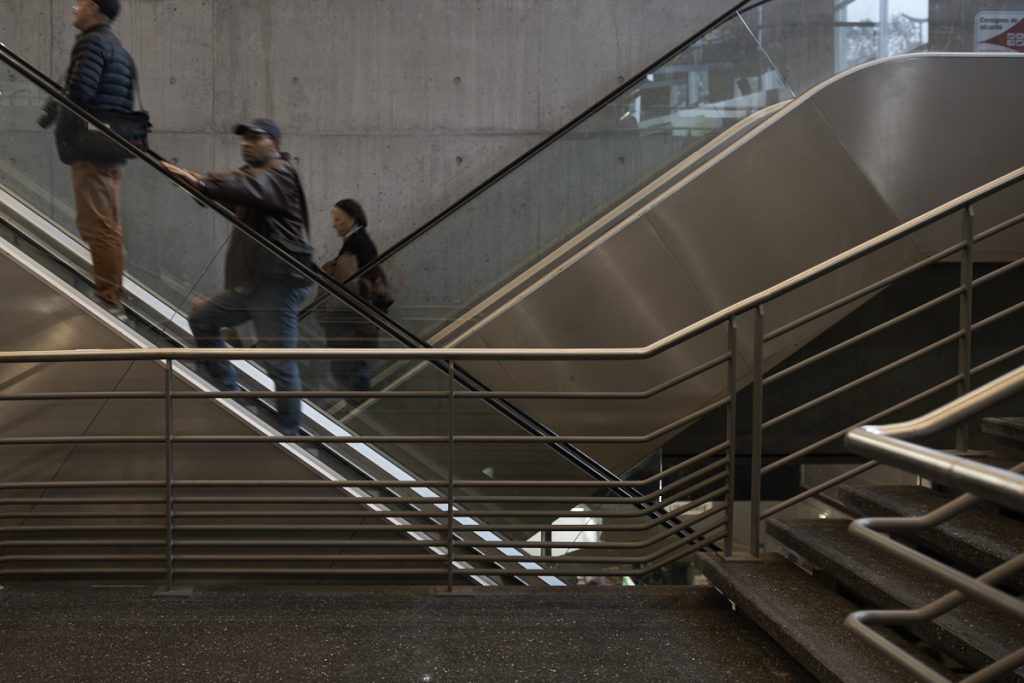 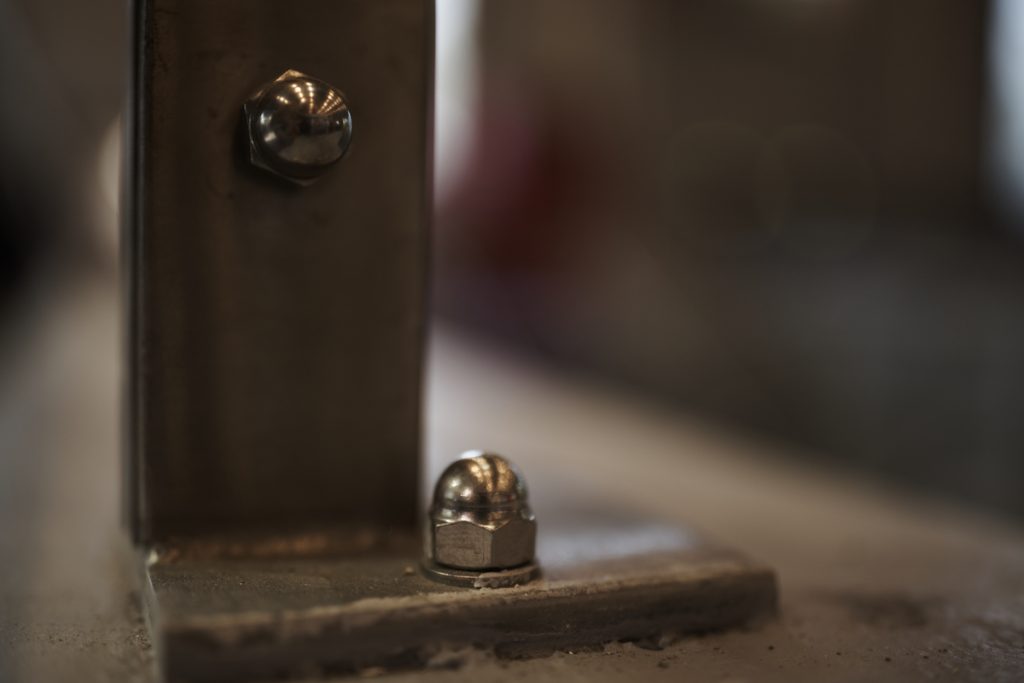 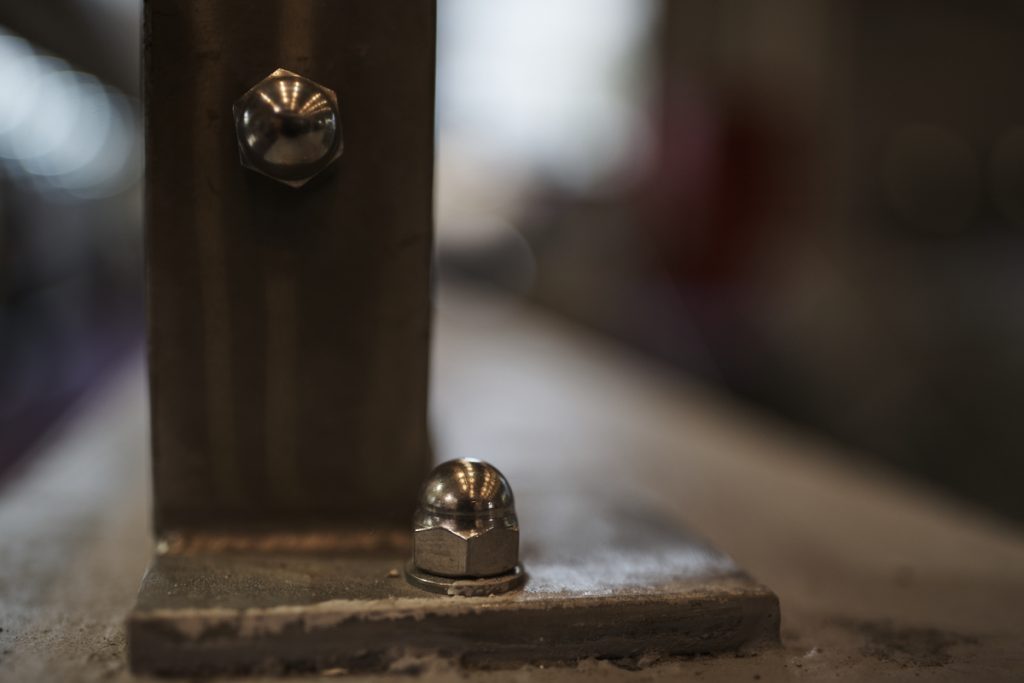 Next: Sony, who have juste released the A7RIII. Would it make sense for me to upgrade from A7RII, especially considering that it incorporates the same sensor? Well, from a brief handling experience (and no shooting), I can say this. The body feels a lot nicer. Controls are more rational, better thought out, with a new joystick and touch screen, better placed. The pain of scrolling deep down into the menu structure should be over. The increased size of the grip made the camera feel much more comfortable in my hand, leaving room for the twin card slot and increased size of the new battery. The AF looked incredibly fast and tenacious through the improved EVF, latching onto the show’s visitors like a fighter plane’s missile tracking device. Impressive! But, as no shooting was permitted, spending will have to wait until images are available other than the JPEGs from the US launch. Although, at the time of writing, one deep photo review shows very much improved pics over the A7R II due to pixel shift. If this turns out to be only tolerably impractical (practical it is not, requiring a tripod, multi-second multi-shots and in-computer processing with Sony software), it could be a huge winner for my style of shooting. But, until then, strike another 1!

Last, I have long lusted for the Hasselblad X1-D. A perfect object, so it seems. Amazingly small for a medium-format camera, super design, simple to use with a touch-screen interface, a hallowed name suggesting a great shooting experience, and fine images showing awesome IQ potential. Notwithstanding the very negative reviews that came out early on, pointing out agonizing sluggishness, buggy software, etc… All things I thought could be cured by maturing firmware. I went on to the Hassy booth with anticipation and fear in my heart, ’cause desirable it may be, but cheap it is not, at some 15K for a 3-lens setup, and handled one (again, no shooting). It took me about 3 seconds to lose any lust. By comparison, the original A7R looked well made. Yes, the looks are gorgeous, and the format perfect. But where is the quality one is entitled to consider appropriate for a 7K€ piece of kit? Not only did it look and feel plasticky, but what killed it for me is this: when I focused through the EVF, it was slow. Not only not as fast as A7RIII, NEX 5 sort-of slow. 5-years-ago slow, even though it was set on the fastest AF profile (single point). And the AF motor groaned and vibrated. I could feel the vibration through the camera body. Ouch, that hurt! I may be unfair in being so dismissive so quickly, except that at that price level, my expecations were of a luxo object and experience, Leica-like or better, and I am not the first person to be so negatively impressed, including at DearSusan. Strike another 1! 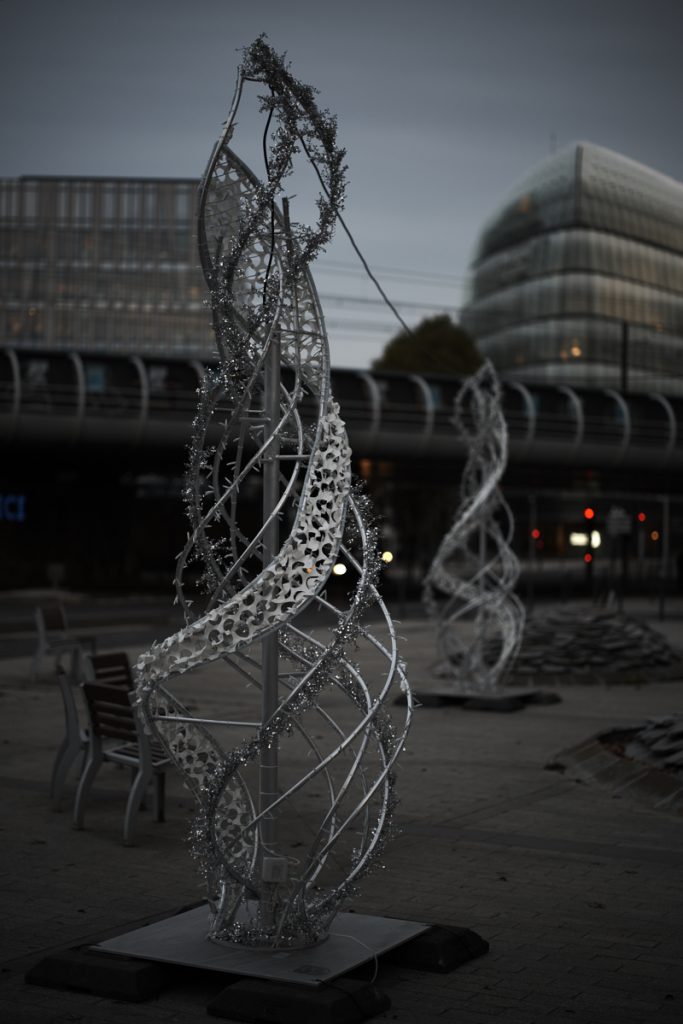 There, you have it, here is how I saved 20K in a couple of hours’s activity. Not bad, eh? 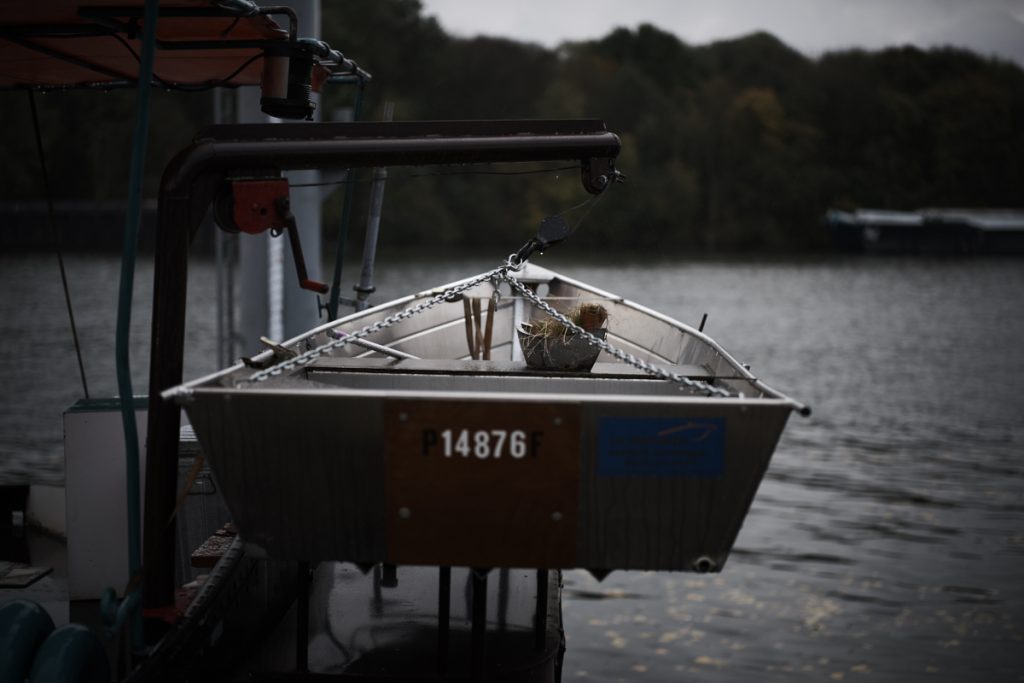 But there is a rider to this story. The same day, I got a message from a chap called Kai, whom I knew from a photo forum. He was in Paris, and was I interested in meeting? Is a cat interested in saucer of milk? We met, he is a very talented Chinese ‘tog from Australia, on a 6-week photo break from work (!). And he had with him an all-Voigtländer kit, including a 40mm and a 65mm! Which he let me use, hence the ictures shown above. Again, testing at length while he sat there looking at me would have shown less-than-brotherly love, as he is very principled. He didn’t want to try my Otus, for fear of what GAS would do to him. Wow, the man has bottom!

Still, I got some pics, and they tell a good part of the story. Yes, the Voigtländers are fine lenses, very attractive proposals at their price-performance points, and very welcome additions to the now vast range of native FE lenses, but Otus-like not quite. 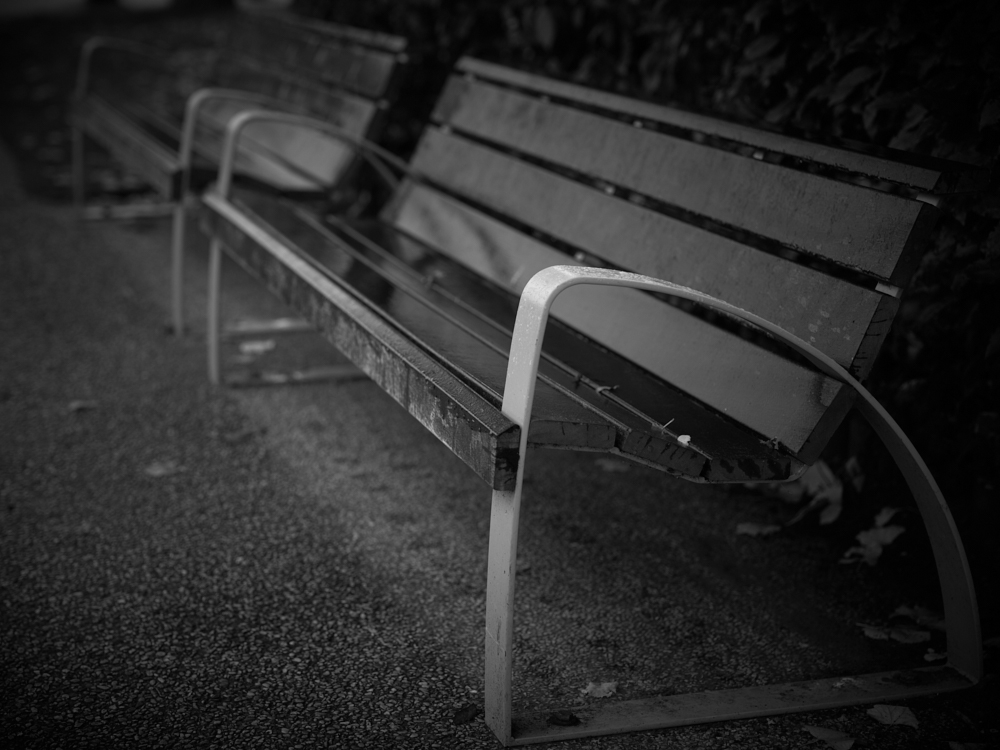 For a week when I did NOT spend money, it was as good a photography s****y-weather week as they come. One nice night Meetup, two shoots with Kai. Hmmmmm…. 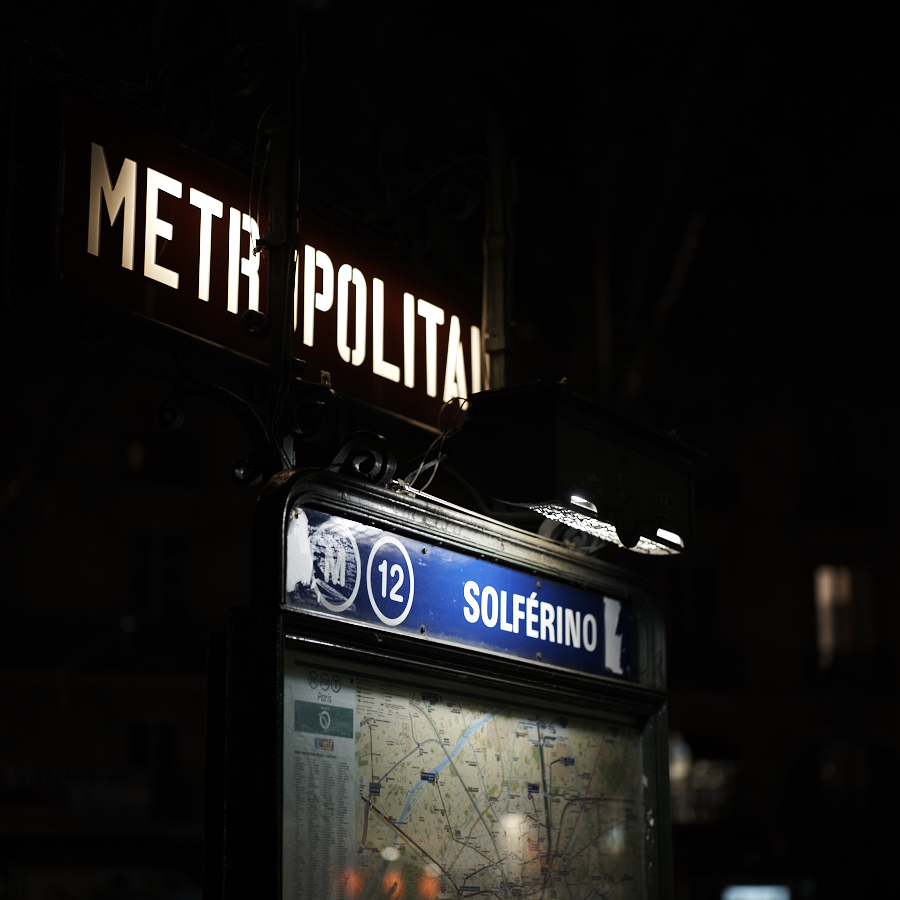 Let there be Light : Project Update 1

So far, 2 days into the project, 5 people have raised their hands to help 🙂 Thanks a lot to all volunteers 🙂 We look forward to working together.

Over the week-end, Philippe and I have already been (separately) working hard on an article on ETTR. Stay tuned for more. For those of you reading this who don’t know what Project Let the be Light is, all the explanations can be found in our #666 post 😉 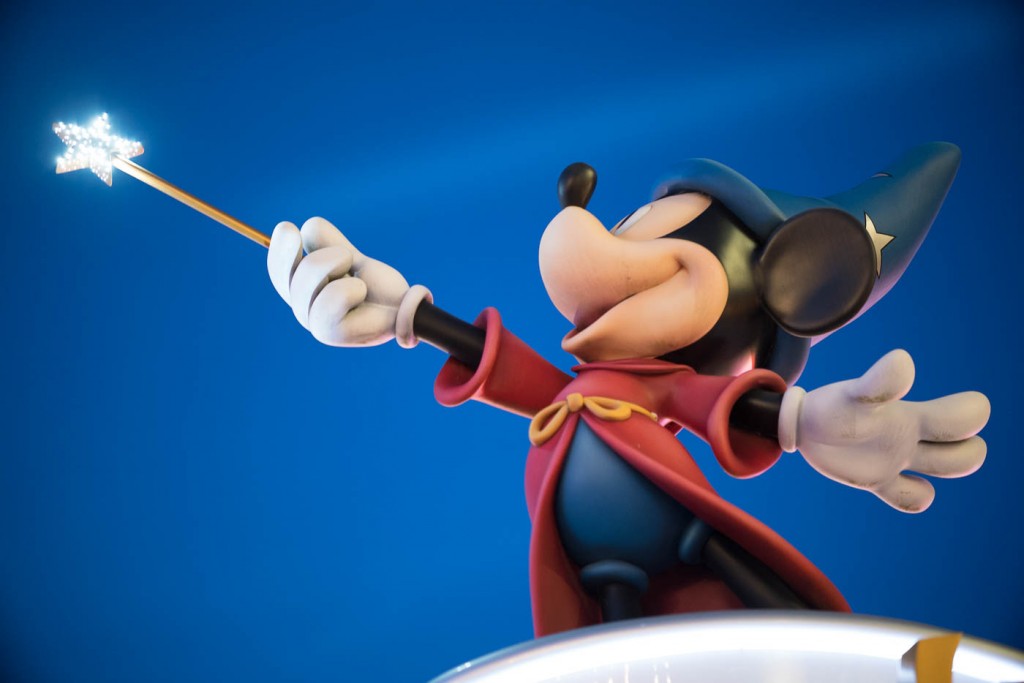 There’s still time to join and do good. Just send us a message (contact button at top right) or leave a comment below.