If you’re in London towards the end of the month, I vividly recommend visiting Wim Wender’s Polaroid exhibition at The Photographer’s gallery. You can read much more about them in The Guardian’s recent article.

Why mention them in a Monday Post ? Simply because they illustrate a lot of the concepts we’ve been talking (or ranting) about in recent months. 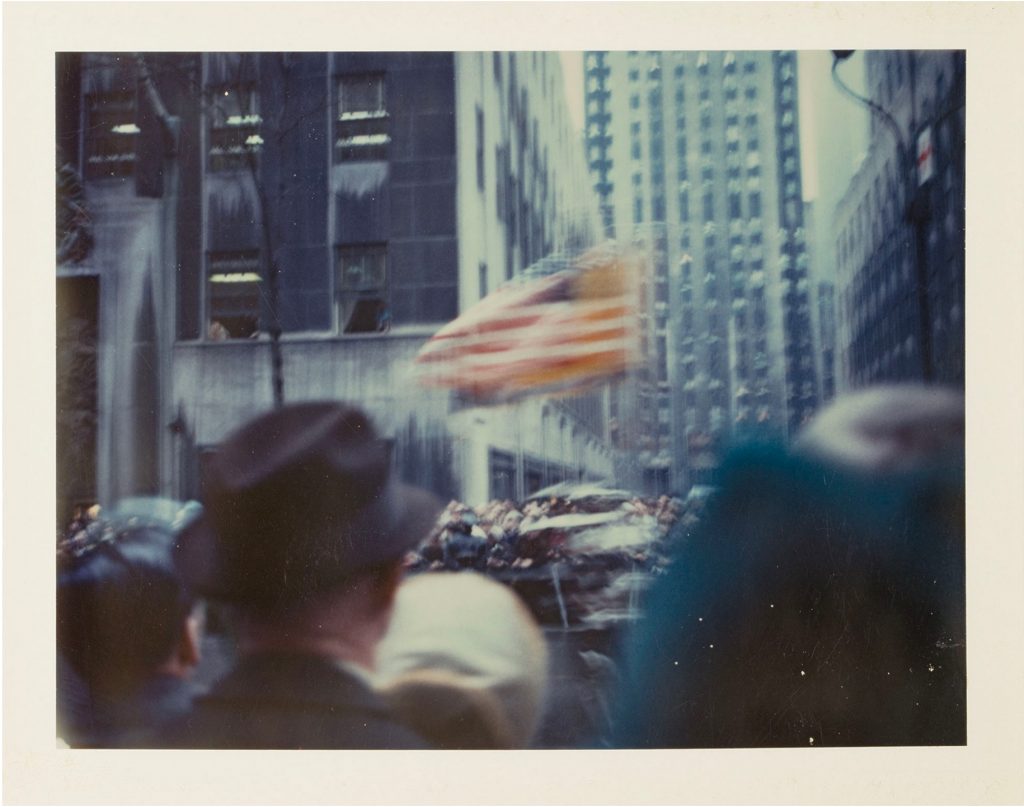 Polaroid cameras create tiny photographs. Their colours fade away. Focusing is hell, framing not much better. The development process is not the most robust or reliable. Wim Wenders himself, in the Guardian’s interview, states : ” If ever I had wanted to really take a picture of something, I would not have done it with a Polaroid. I never thought of it as giving the real picture.” And yet, there they are. Kept in a well-sorted archive. Exhibited at a prestigious gallery. Worthy of global attention in spite of the medium’s lackluster technical specifications.

Charm, aura, nostalgia … call it what you want, the faded look of old Polaroids has its appeal. So much so that modern filters on phones and social apps do their worst to replicate it. As gimmicky as these filters are, the Polaroid absolutely wasn’t. It was the only one available with the medium. No distraction meant an absolute focus on image making. None of that lens sharpness, sensor resolution, filter debacle that replaced composition and storytelling in our minds. 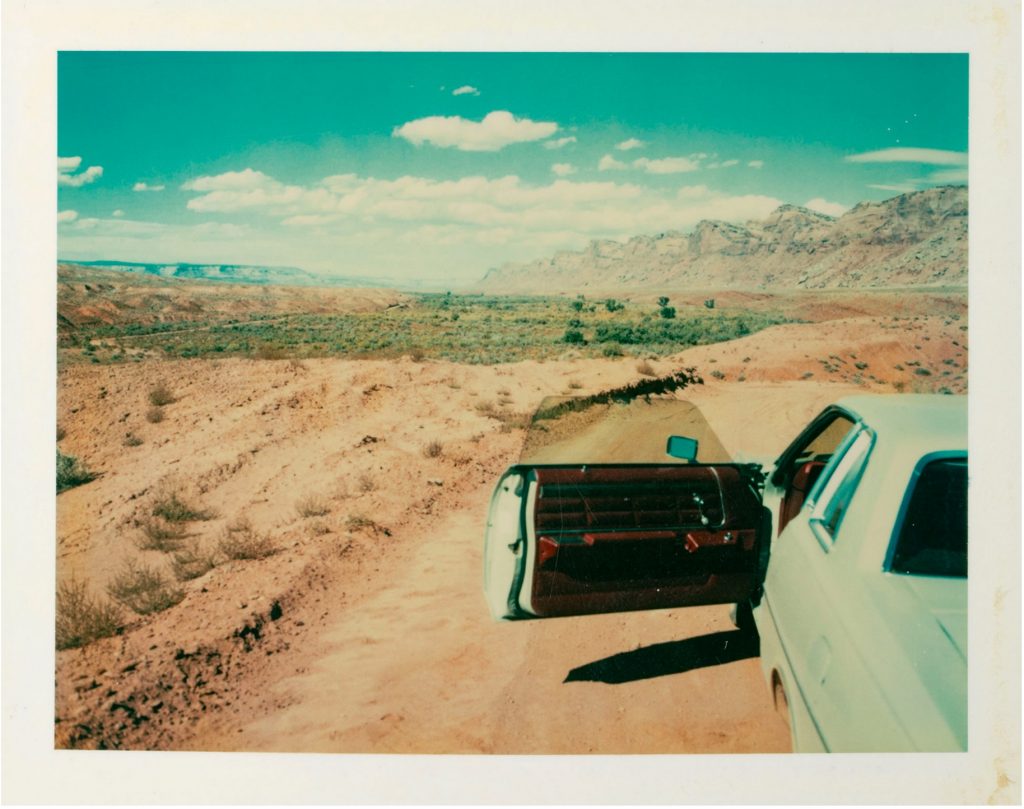 Entitled Instant Stories, those Polaroid photographs are exactly that. Stories. Read about them in the article. I recently wrote about composition, explaining how to place the various elements of different visual weight throughout the frame in order to serve your storytelling. The only really important word in that sentence is the last one. Stories are the basis of photography. But we’ve lost much of this by focusing too much on technique. Tell a great story and no one will care how many pixels you use of whether your horizon is straight. Maybe that next book we’re picking up should be a novel rather than one about photo technique? 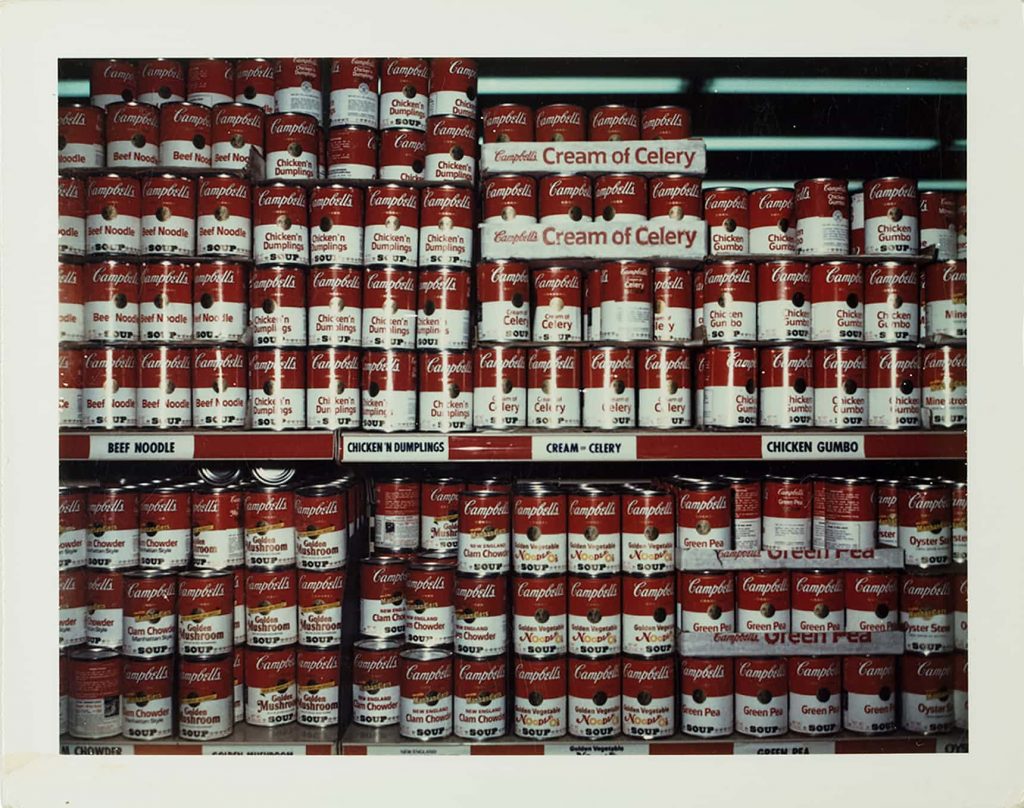 Also, these days, we are hell-bent on preserving our photographs on stable paper. 5 centuries is better than 2. 10 better than 5. But we’ll willingly pay – well, some of us – 5 grand for an old bottle of Petrus. Polaroids are living art. They age and fade, adding or removing from the original thought. They are small, often damaged. And can pack so much more of a punch than 99% of 24″ prints you see in galleries. The Japanese honour the concept of aging and impermanence through the word Sabi. But, to Westerners, it seems more closely associated to morbidity. Maybe it’s all about our ego. Size. Preservation. Legacy. But what about the art ? What about the beauty of aging ? What about being drawn into a small print that only a few will see before it fades away or gets torn in a back pocket ? Dew drawings or sand castles anyone ? 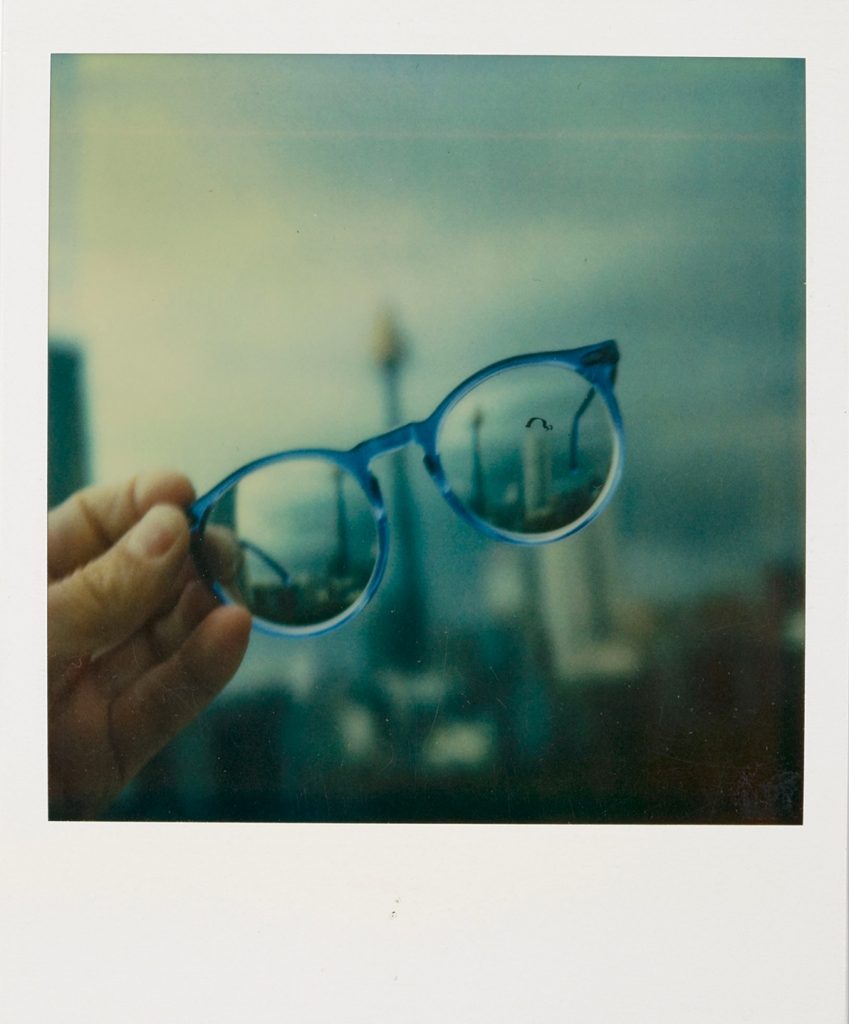 Should you rush to buy the modern incarnation of instant photography cameras ? Not really. Polaroid was small, current offerings are tiny. Artists like Elizabeth Opalenik used to exploit the duration of the ‘instant’ processing to interfere with it and alter the final look. This is not possible with the more recent models. No, to me, the closest modern equivalent is a Fuji X100 or … yes, I’m going to say it … an old Smartphone. 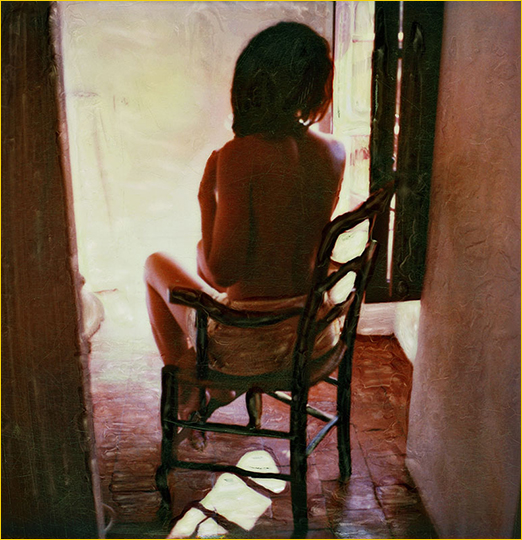 With the advent of new, powerful technologies, we have been encouraged to create a huge bureaucracy around our photography. Apple Photos is the closest PP app to Polaroid fun I can think of but I’m using Capture One (which is probably the furthest thing imaginable to the concept of fun and simplicity). Think of all the backup complexity built into our photography life (yet another area where the carefree smartphone positively trounces photo nobility). Think how excruciatingly painful it is to learn to print accurately these days (digital technologies were meant to make life simpler, right ?). That mote of bureaucracy is super efficient at keeping us apart from our artistic instincts. And Polaroid, for all its flaws, was the exact opposite of this. Creativity in direct drive.

To me, that’s what this exhibition is all about and I can’t wait to visit!

And, speaking of spontaneous creativity, here’s Paul following up on his North European trip 🙂 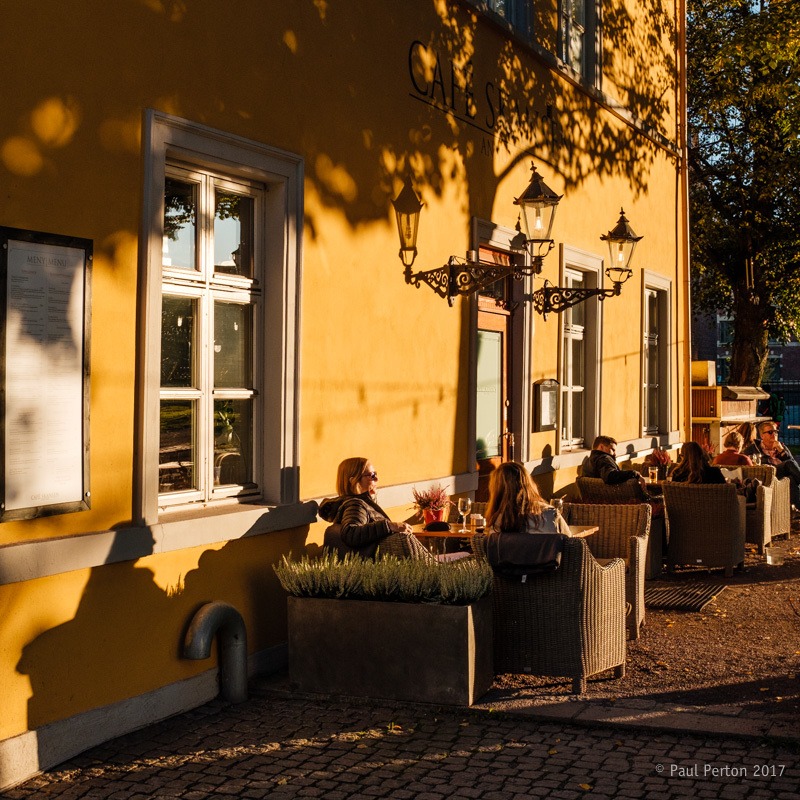 As I mentioned in last week’s post, we were supposed to be flown from London to Oslo by Ryanair last Saturday. Needless to say that was €300 down the toilet and I won’t be making that mistake again.

The vile Irishman might have chosen to indirectly punish us even further, as our self-funded replacement flight on Norwegian was rammed with Northern Ireland football supporters flying to the World Cup qualifier (I think that’s what it was). Charming they might be, but Irish footie supporters are noisy, boisterous and seemingly roaring drunk their every waking moment.

The game was on Sunday evening, with Ireland losing 1-0.

I was dimly aware – our first floor hotel room window over the hotel’s reception area actually opened – of loud conversations, chants of “Who are you?” and endless billows of cigarette smoke wafting into our room right through the night. At around 08:00 on Monday morning, I went down to buy coffee and found myself in the queue behind the archetypical red-headed Irishman who was attempting to buy beer from the deli/snack bar counter in the hotel. Meeting with an incredulous “But it’s only eight o’clock,” he responded with a tremulous “…but it’s a national emergency,” but still he couldn’t thaw the heart of the Nordic lass on the till.

Things around here have quieted a lot since they took their hangovers off to the airport. 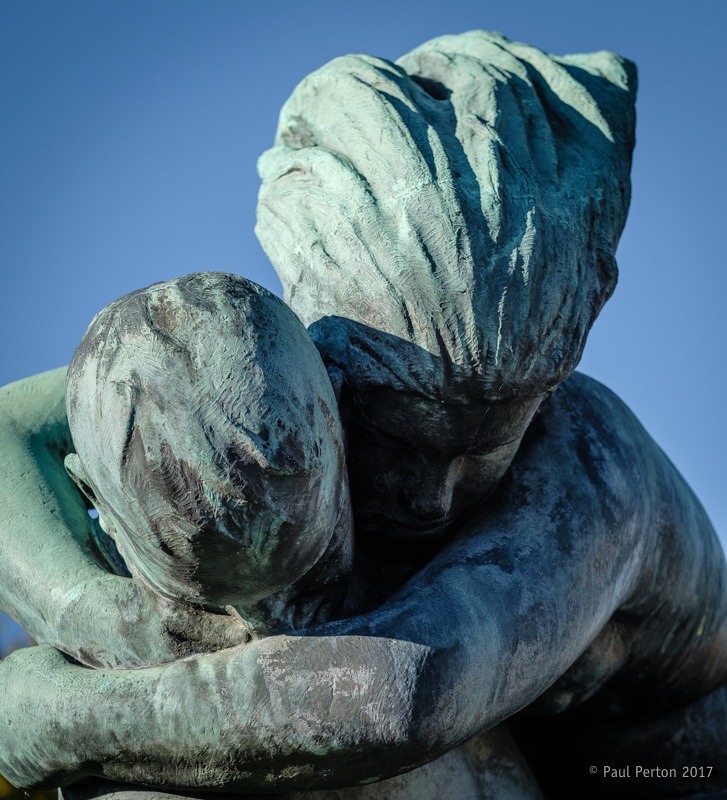 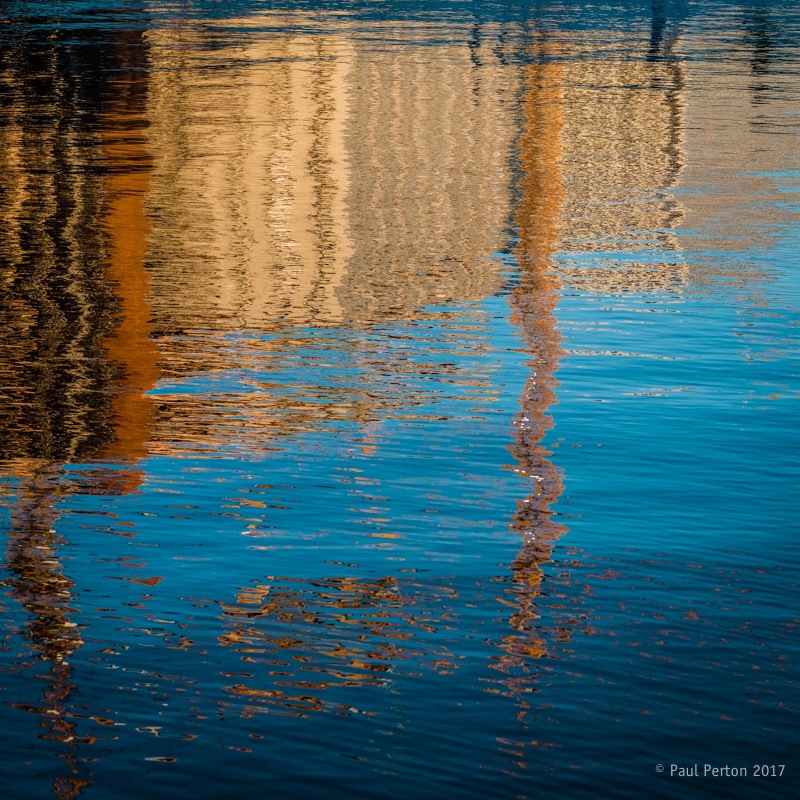 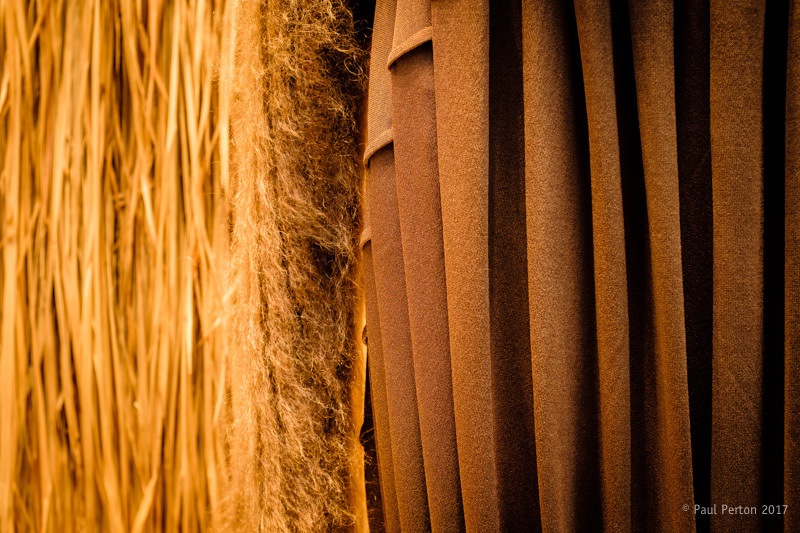 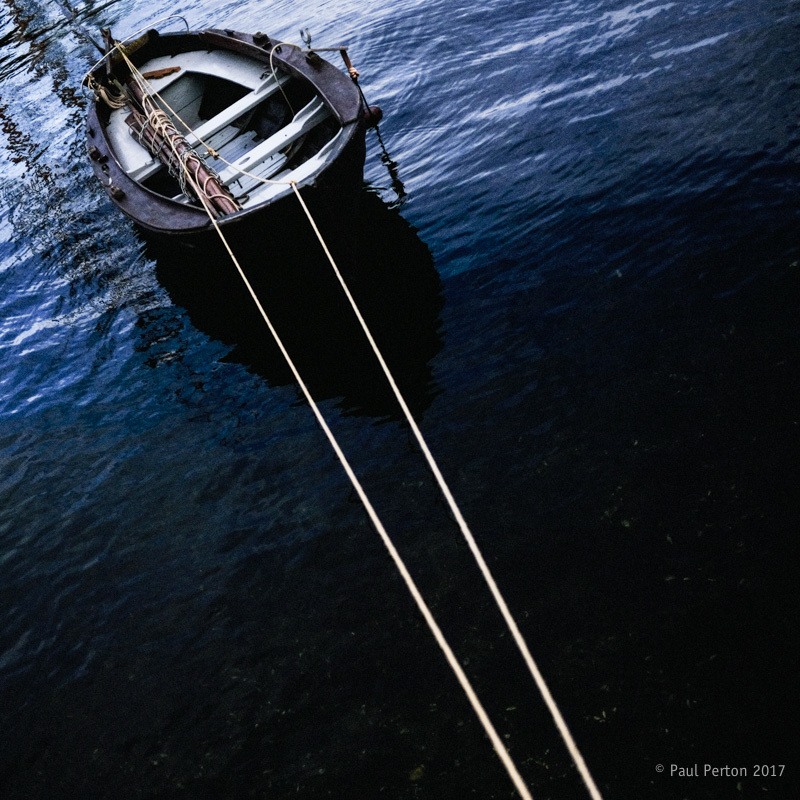 So, Oslo. As DS newbie, Steffen Kamprath pointed out recently, Lisbon is a great city to photograph. In my opinion, so are Paris, Tokyo and to a lesser extent, Singapore and Copenhagen.

Oslo does not make the easy/fun/good list. It is (Nordic) beautiful, serene, stylish after a fashion, clean and populated by the most helpful locals, but photogenic it doesn’t appear to be. Then, I expected one of the Viking, Kon Tiki or Munch museums to offer some photo opportunities, but that wasn’t to be either.

Oslo’s foodie market at Mathallen offered a few photo opportunities, but no more than similar markets in Madrid, Sydney’s fish market, or Venice to name a very few.

The city is basking in late autumn light and clearly prepping for winter. Rain threatens and I wonder whether a visit in (maybe) July or even January might have been a better option. 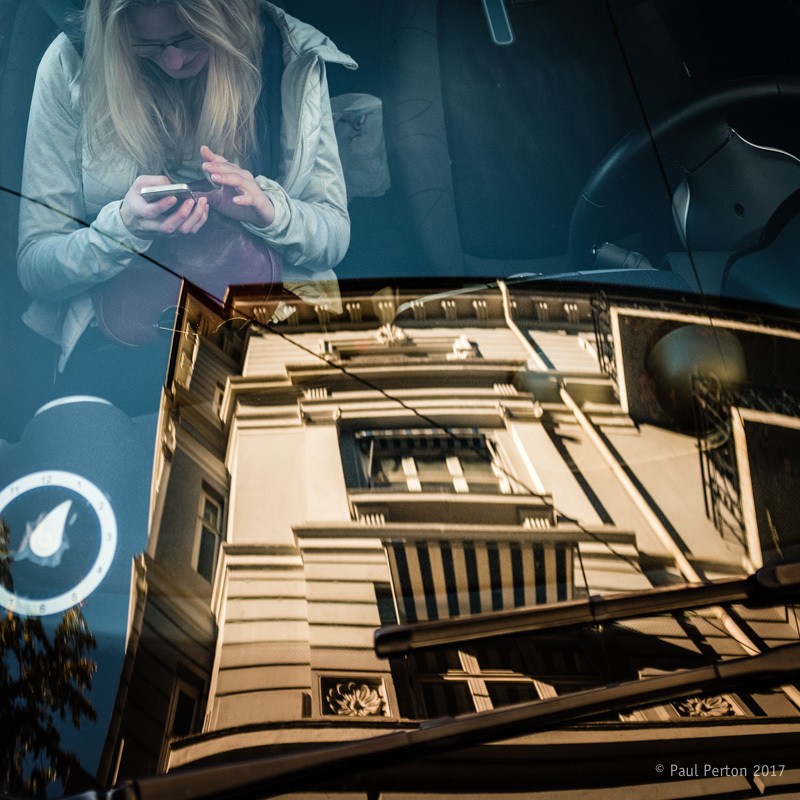 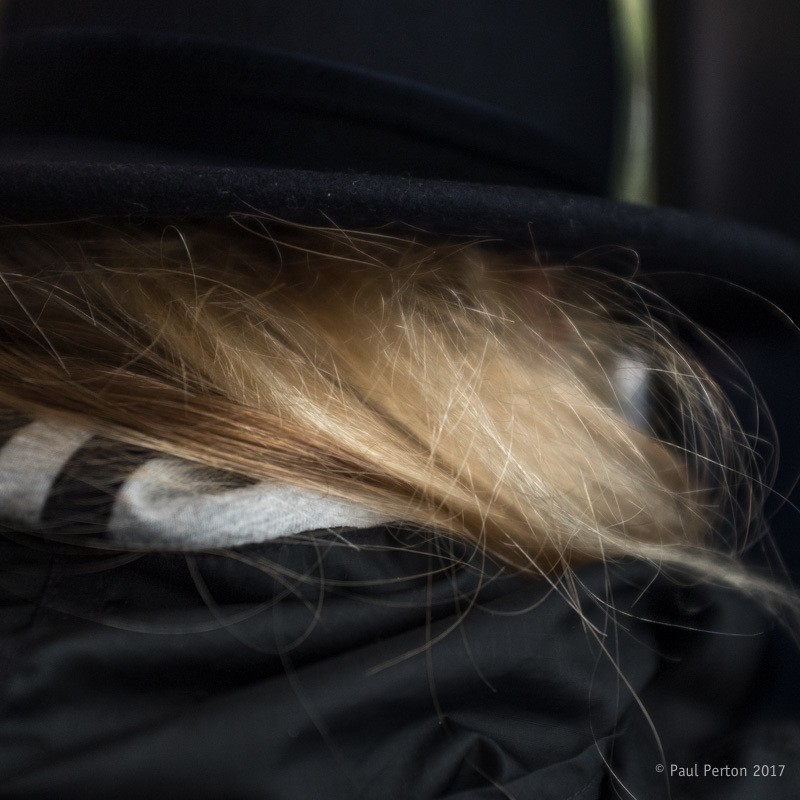 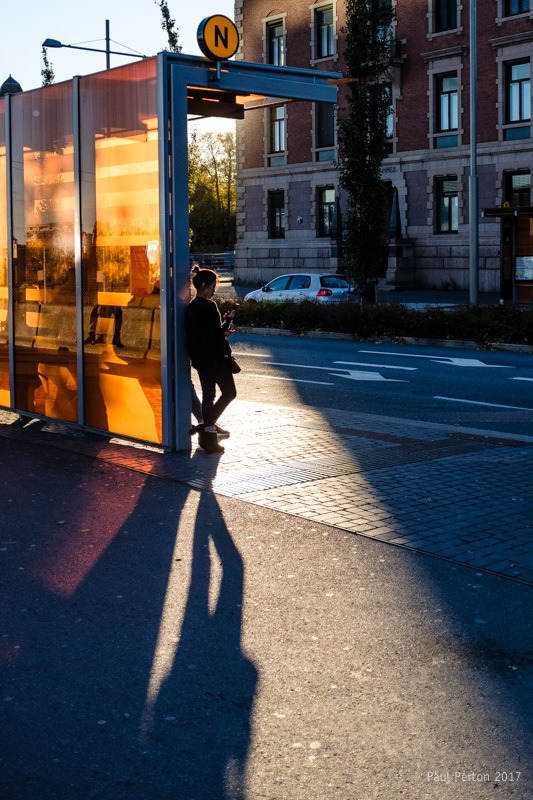 Still, it’s a really interesting city. Vigeland’s sculptures, Munch’s works, Ibsen’s plays and the work of the Nobel Institute make a fine backdrop to this modern and hugely relaxed society. I’ve enjoyed it, although rushing back doesn’t seem to be on the agenda.

Early on Thursday, we decamped for a concessional (on my part, as I hate them) guided tour* from Oslo to Myrdal, on to the Flåm (inelegantly pronounced Flom) railway to descend 866m to sea level in just 20 kilometres, at gradients as steep as 1:18 – tough for a road, but amazing for a regular rail line, with no funicular assistance.

From Flåm, we enjoyed a launch ride along two spectacular fjords to Gudvangen and from there, a bus (complete with singing driver) to Voss and finally another train ride into Bergen, arriving on time, moments before 20:00. 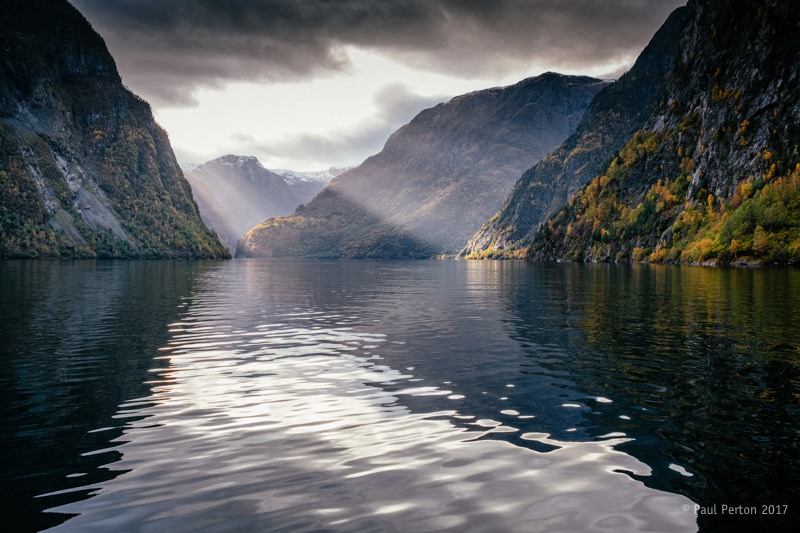 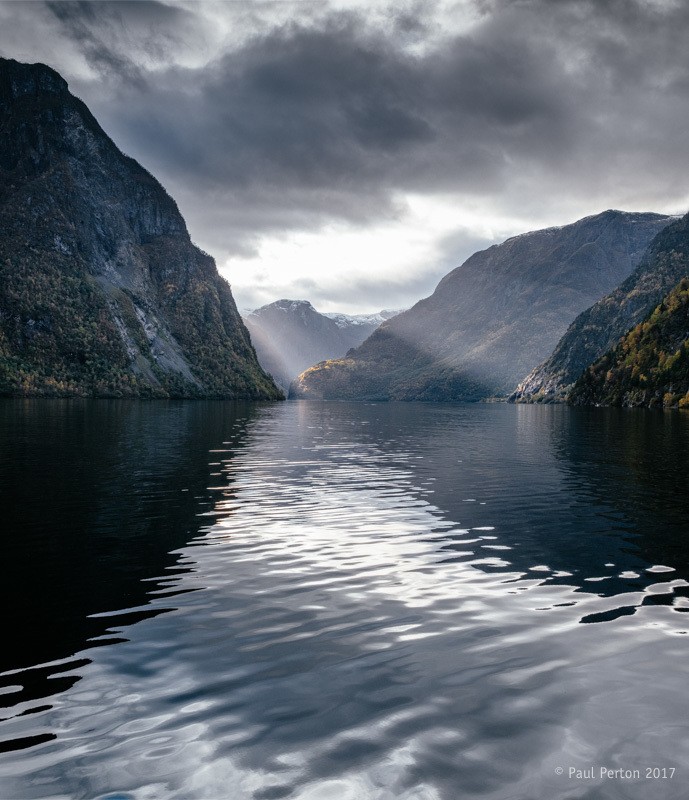 It had been drizzling most of the day, but was pishing down by then and a taxi seemed like an excellent idea. Having attempted to walk the route this morning (Friday), I’d have to say that last evening’s decision was beyond perfect as even with the help of Mr Google’s maps, we got took wrong turnings aplenty and would doubtless have found our hotel, but not before some terminal matrimonial damage had been done…

* Guided tour? Actually not. Norway in a Nutshell was brilliantly organised, but no guide and in truth, one was not needed.

And so, Friday dawned in Bergen. The weather forecast is predicting at least another week of this downpour and our foray to see whether we should attempt a walk to the station tomorrow for our train back to Oslo got us so wet that we’ve spent the last couple of hours back in our hotel room, drying out. 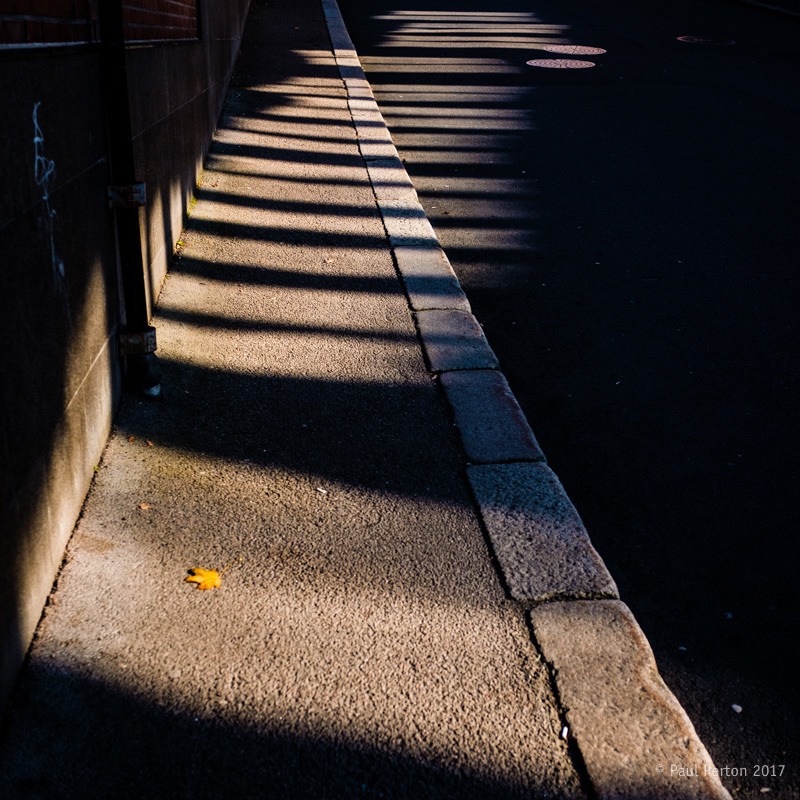 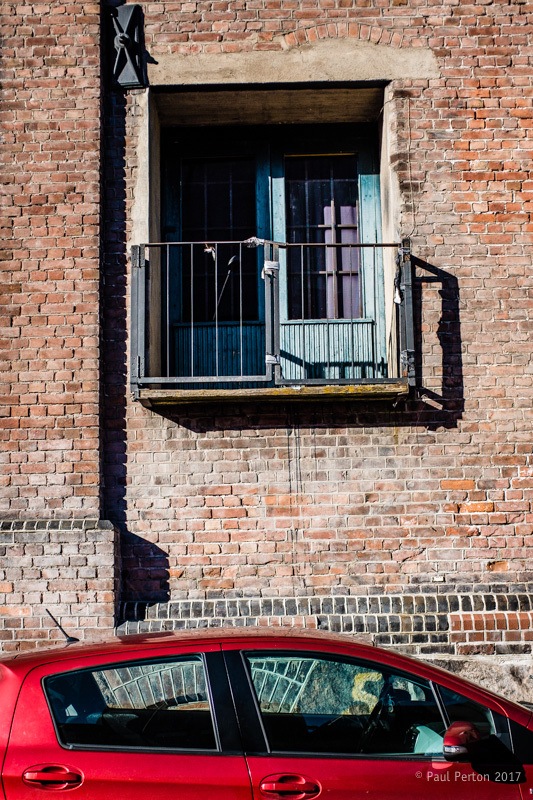 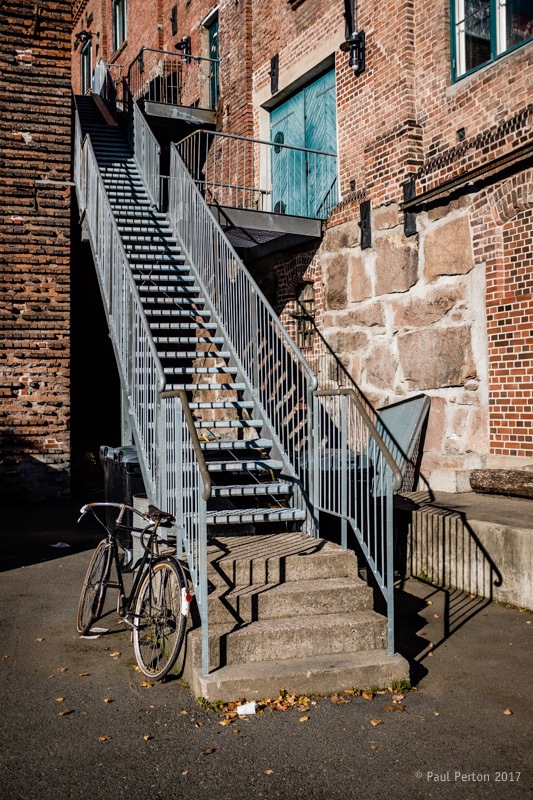 As we were returning to Oslo, we’d packed little more than an overnight change of clothes and stored our suitcases in our hotel’s storeroom. Given the number, variety and busy schedules of the transport we used, that turned out to be an excellent plan. Dragging luggage over that obstacle course could doubtless have done either one or both of us some serious damage.