Around a year ago, Philippe wrote this review of the then new Sony “G Master” (GM) 24-70mm f2.8 zoom for their full frame E mount cameras. In his review he talked about the excellence of the lens, it’s resolution, it’s sharpness, it’s contrast, but also it’s lack of “magic”. His conclusion was that many modern lenses such as the 24-70 GM can be technically excellent, but that the last drop of something “special” that raises a picture from soulless perfection to having “magic” eluded them.

I’ve been photographing with Sony’s A7 and A7s cameras since 2014, and my most used lens has probably been the Sony FE 24-70mm F4 ZA OSS Zeiss Vario-Tessar. My experience with that lens could probably be a review of it’s own, as I always felt it is much maligned in many online reviews, and basically offered solid performance on 12-24Mp cameras.

I recently purchased a Sony A7R2 body, and it was then that the greater demands of a higher resolution sensor (42Mp) started to reveal some weakness in the 24-70mm f4 Vario-Tessar. It wasn’t that the photos were terrible, but whilst it made good quality photographs at lower pixel counts, the very finest detail and “bite” was simply missing with such a high resolution sensor.

I think that there is a philosophical issue with the “zoom vs. prime” debate about focal length and composition, the one side favouring the flexibility of a lens that fits the scene, the other favouring finding scenes that fit the focal length.  Since many of my photographs fall broadly into “travel”, the flexibility of a standard zoom that covers wide angle to short tele focal lengths often trumps the potentially better image quality of prime lenses and the need to constantly change lenses.  For travel, I believe it’s important to have a lens that can capture the scene you want, not force you to find compositions that suit it, a subject I hope to return to in a future article.

So it was that I decided to upgrade my “standard” zoom to the Sony 24-70mm f2.8 G Master to take full advantage of the A7R2 sensor.

After using it for a couple of days it was obvious that my copy of the lens had some issues. Part of the frame towards one corner would often show smearing, and closer inspection of images at different focal lengths and apertures revealed some apparent centring issues that made corners on one side look rather soft at any aperture. More worryingly the plane of focus appeared to be diagonal through the frame, so depth of field on one side of the frame was different to the other.  Fortunately the dealer where it was purchased was very understanding, and after discussing the problem with Sony, Sony offered to replace it instead of taking it in for service, which could have taken several weeks. The second copy had notably better, more consistent image quality across the frame.

River View, taken at 66mm with an aperture of f11, shows excellent corner to corner detail

Many opportunities to show the lens at it’s best had been missed, as at the time the replacement was only used for some physique portraits, a test it passed with flying colours.  I was interested to find opportunities to see it’s “bokeh” rendering. “Bokeh”, a Japanese term, refers to the way a lens renders out of focus detail.  The general goal is to produce very smooth out of focus details with good blending of luminance and tone, with no bright hard edges. Philippe also wrote an article about “Why am I such a bokeh slut?” . Further background to the term can be found in this article written in 1997 In Photo Techniques magazine, which was thought to be the first time the term was discussed in western media.

Sony made great claims about the bokeh quality of the G Master lens series, which the company stated required new “extreme aspheric” elements which had surfaces ground with extreme precision. Aspheric elements, which have irregularly curved surfaces, can be made more cheaply by bonding components together (“bonded aspheric”), but where the elements meet the bonding creates imperfections which can result in optical imperfections visible in out of focus highlights (sometimes called “dirty bokeh”). Sony claimed to have improved bokeh quality by using a new manufacturing technique which required a new lens polishing machine to create very smooth extremely perfect lens surfaces.

One of my particular dislikes about out of focus rendering is what is sometimes referred to as “wiry bokeh”, where out of focus details take on a rather nervous wire-like quality rather than being smooth and blended. This is often combined with out of focus edges of contrast that have double edges, and “Nissen rings” can also occur, where out of focus discs of light are formed with a hard bright edge.  In my experience, some lenses with very high contrast which are often also optimised to produce very “sharp” results, particularly suffer from these effects.  It seems that very high contrast and excessive “sharpness” work against blending of out of focus areas and tend to accentuate brighter tones and highlights as discs where the goal of “good” bokeh is smooth tone.  Samples from my Zeiss Batis 85mm f1.8 show some of these traits. 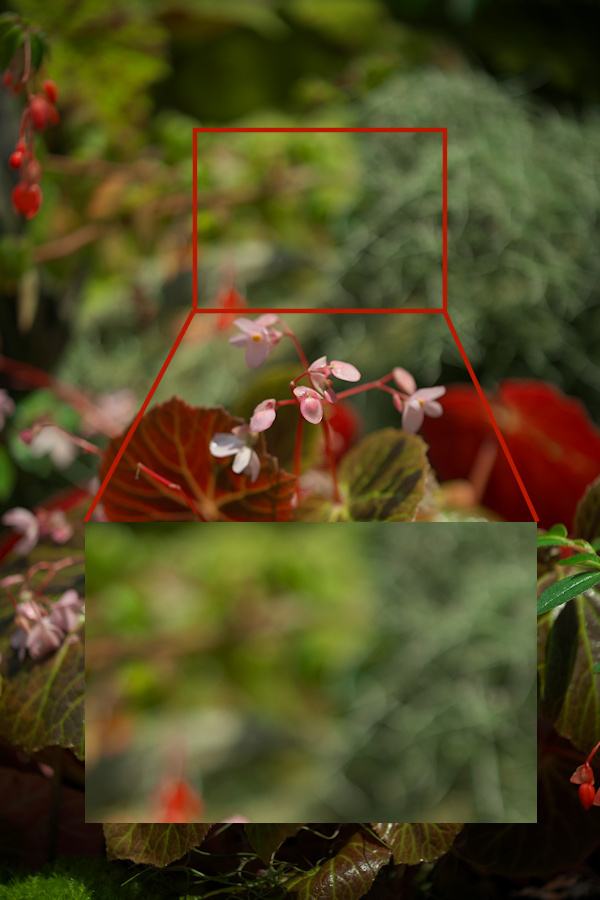 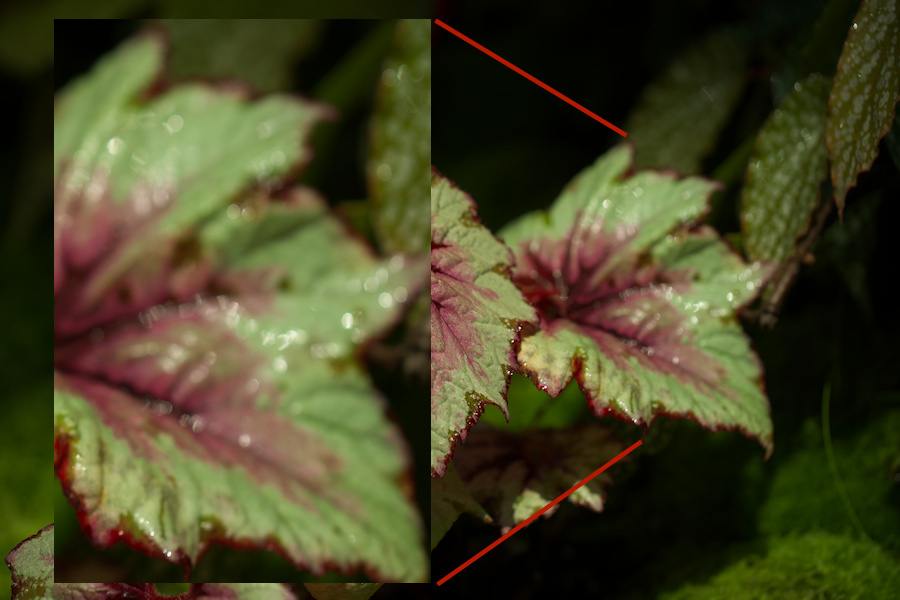 Even with my first defective copy of the 24-70mm G Master lens, my initial impression seemed to show a pleasant smoothness to out of focus areas, although it’s a common mistake to judge lens bokeh with plain low contrast backgrounds, since they offer little challenge and rarely reveal true character.

I wrote recently about my “short breaks” of a few hours where I have been able to spend a few hours indulging in some photography as an antidote to some of life’s stress.

During one of these breaks, I took a walk in a narrow park beside the river Severn, and came across some beds of meadow flowers in the afternoon sun. There is always something quite satisfying photographing flowers, because nature does all the hard creative work for you, and the photographic process is often little more than the act of recording it: as Steffen asked, is photography creation or just depicting creation?  Philippe and others often take beautifully minimalist photos of flowers, shallow depth of field and plain backgrounds showing them off in all their delicate beauty.

My meadow flower photos weren’t like that, as bright directional sunshine created flowers half in backlight showing their translucent petals and half in their own hard shadow. The sunshine and the busyness of the backgrounds made photos that screamed out to be brightly coloured and cheerful, an antidote to recent pressures on my mood.

Distant Sky 2 :  Again, with strong sunlight in front of the camera, resistance to flare and colour fringing is good

Busy : probably one of the “worst” samples I could produce, with some slight nervousness to the background, although certainly not “bad”, although I find the result quite “painterly”

Smooth : at minimum focus with low contrast backgrounds, the bokeh can be very smooth

It was one of the first opportunities to use the lens at open aperture, and I was immediately struck by the quality of the bokeh behind the plane of focus. Even with bright sunshine creating high contrast backgrounds with bright specular highlights and hard shadows, the effect was painterly, almost impressionistic. No hard edges, no nissen rings, no double edges and only the slightest nervousness.

Close up : minimum focus is around 38cm from the film plane, so as the lens telescopes when zoomed to 70mm, the subject can be only a few cm from the front element

Close up 2 : At minimum focus distance, the lens has slight softness towards the long end of it’s focal length range, which probably aids bokeh

Painterly meadow : a surprisingly “painterly” rendering with fairly gentle fall off to out of focus

Although the needs of high resolution digital imaging has made the design of all lenses more complex, prime lenses are generally still simpler than zoom lenses that cover “standard” focal lengths, and require fewer aspheric elements and esoteric types of glass.  Their faster apertures offer greater control over shallow depth of field, and their simpler designs can offer cleaner more attractive bokeh.  I don’t really expect magic from a zoom lens, even a fancily manufactured high end one.  The value of a good quality zoom is the ability to be consistent: you want a lens that you can use at different focal lengths and apertures that will produce good photographs.

Bloom : highlights behind the plane of focus can show some slight lack of blending

This article was never meant as a detailed technical review of the lens – there are several good places on the internet that can provide very detailed bench tests of resolution, vignetting and other technical measurements.  Since I haven’t yet had much opportunity to grow accustomed to my second copy, it would be premature to make too many statements on it’s character and performance.  With modern lenses, resolution can mostly be taken as a given, and even when used with a 42Mp sensor the results seem excellent.  At minimum focus there is some obvious softness, although it’s not extreme, and detail becomes crisper with focus even a few inches away from minimum.  Contrast is enough to give good detail without becoming excessive and screaming “sharp”.

The fall off from in focus to out of focus seems quite soft and gradual, which works against very obvious “3D” effects, but I suspect contributes to it’s general drawing style and bokeh, which for a zoom I would regard as mostly very good and occasionally excellent.  So far I have seen no significant issues such as nissen rings, double edges or “hardness”, although there can be a slight nervousness behind the plane of focus.  I didn’t think a mere lens could turn my photographs into Monet’s water lilies or Van Gogh’s sunflowers, but based on some of these photographs and their quite gentle almost painterly style,  I  think I’m going to have to politely disagree with Philippe and say this lens can have magic – it just needs the right challenge.