Aug 18
5
A post of two halves: my take, followed by DS-regular, Steve Mallett. Photographs as captioned.

It was a shock at first, this hotel on the quayside at St Margaret’s Hope. Our townie attitudes immediately marking it down as old fashioned and no doubt, a mistake. We were wrong, of course. As soon as one of us took the time to think through that this is Orkney, far from the fleshpots and mod-cons of the major cities and populated by tough, all-weather folk who owe their allegiance to Norway more than the nearby Scotland, it became a no-brainer.

Where we had chosen to stay was a microcosm of Orkney and once we all understood that, it quickly morphed into the home from home we had sought.

The hotel was warm, comfortable and run by the working-alone wife of a local farmer. No chambermaids, no helpers, no kitchen staff and despite that, the hotel was spotless. And as if that weren’t enough, we all enjoyed a fine to-order breakfast every morning of our stay. 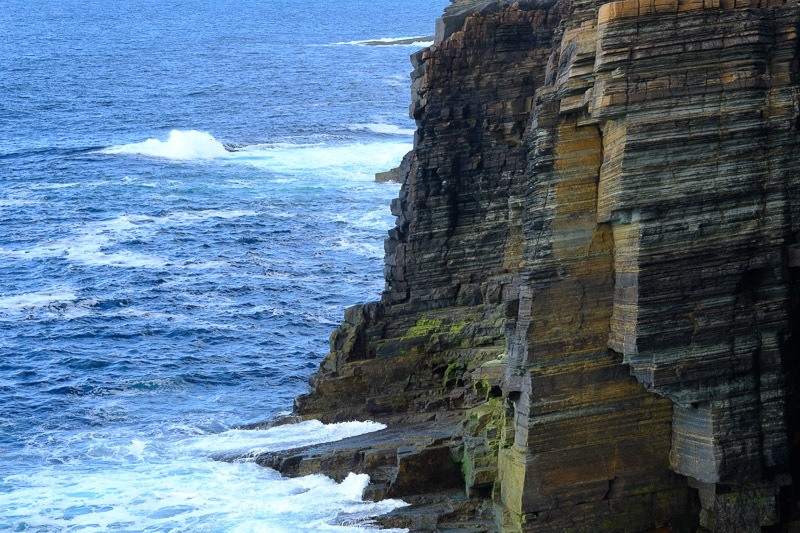 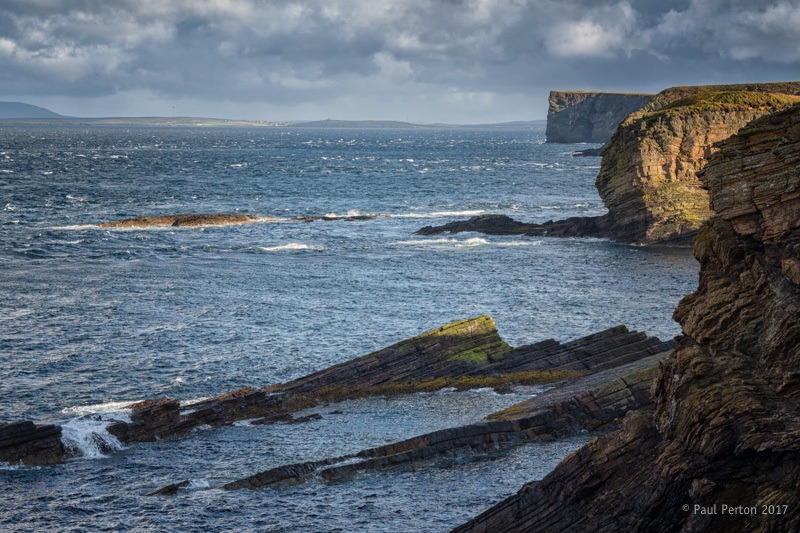 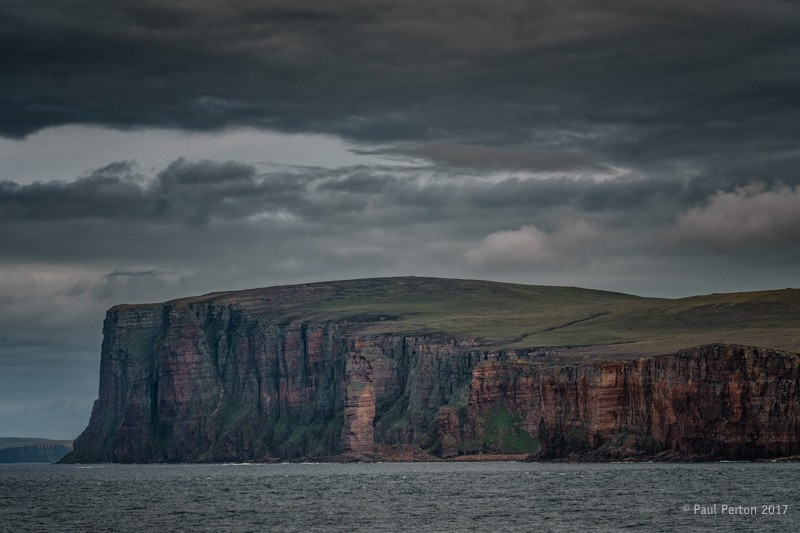 The Orkneys had started as a follow-up to last year’s North Coast 500, with Bob Hamilton. Joining us this year was DS-regular Steve Mallett with wife, Martina. That plan didn’t make the starting line as Bob’s wife was unwell, necessitating his withdrawal late in May, so with our spouses, we were just four.

The Orkneys have a reputation for wild weather and the ferry trip over didn’t disappoint. Nor did the next couple of days when wind and some strong squalls made us think just a little harder about just how many layers we needed when venturing out.

Normally, an Olympus user, Steve revealed that he had a Fuji X-T2 concealed about his person. He’d bought it used and intended to test the reputation the marque has built up amongst other DS-ers.

In my bag, my X-Pro2 and several Fuji primes. I’m trying to stick to that plan, as zooms just make me lazy and my photography suffers as a result. As it happened, the 16mm f1.4 wasn’t really needed, my go-to choices being the 23, 35 and 56 – in full frame parlance, 35, 50 and 80, perhaps unsurprisingly, a match for a Leica photographer’s dream kit. 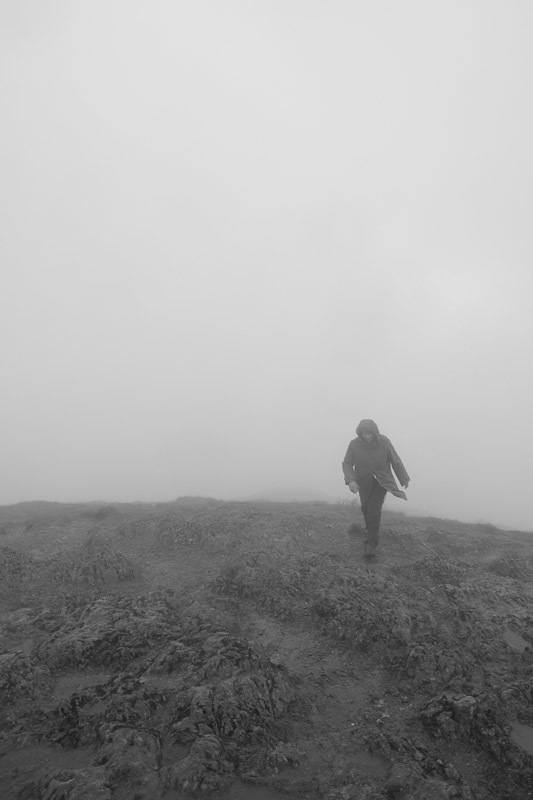 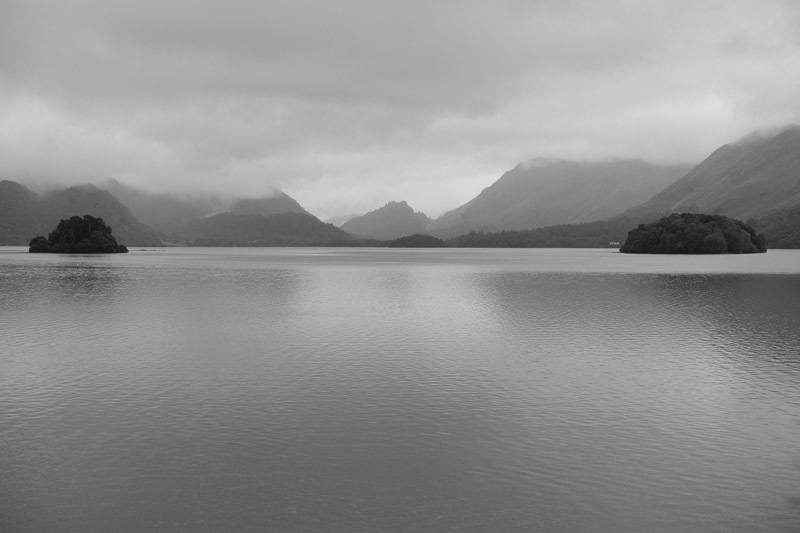 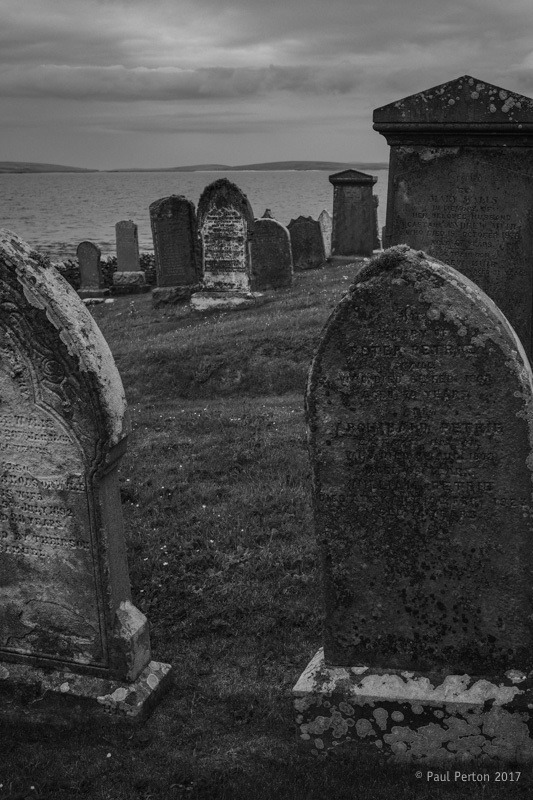 Photographically, Orkney lacks the sweeping landscapes, peaks and drama of some of Scotland’s other island chains, but what it lacks in mass, it more than compensates for in drama. The nearby isle of Hoy is more rugged and boasts some decent hills and peaks, but it was high season and without a ferry reservation, we had to be content with snapping the Old Man from the ferry back to the mainland.

The weather is critical photographically, and while most of our days on the island were covered by lowrin’ clouds, rain, wind and splashes of entirely unexpected sunshine, neither of us was unhappy as it made for excellent mood and set a steady tempo. Steve even managed a dusk shot, sometime around 02:00 one morning – Orkney is never fully dark at this time of year.

Perched on a small spit of land at Cornquoy, the local church and graveyard could have been styled for photographing the cover of a deep mystery novel, or a spine-tingling espionage movie. One remarkable fact from the gravestones at Cornquoy (and elsewhere); most Orcadians seem to live into their 80s before succumbing and this despite the climate. Must be that hardy Norwegian DNA.

One of the island’s highlights was a trip to the Tomb of the Eagles, not far from St Margaret’s Hope. As we we had quickly discovered, most of the island chain has some kind of archaeological find just under its tilth, waiting for the slightest disturbance of the topsoil to be discovered. Here the land owners have found flints, grinding stones, and a treasure trove of bones from both humans and sea eagles. A large mounded and covered tomb is now protected by a concrete roof, while access through a short tunnel is best achieved on a tiny trolley, all too reminiscent of PoW’s transport when departing Germany’s prisoner of war camps during the last war. 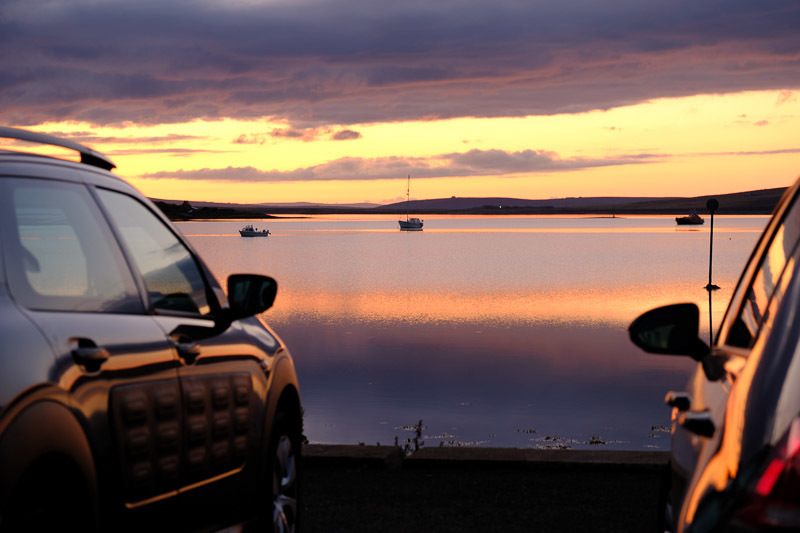 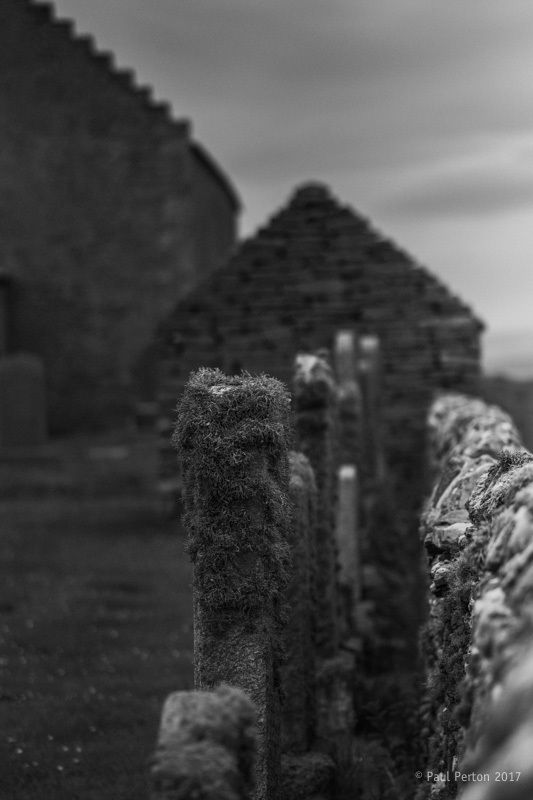 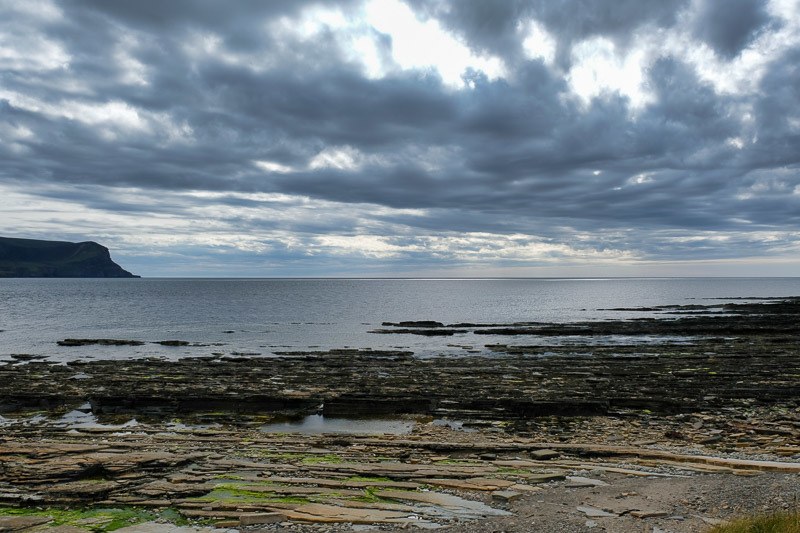 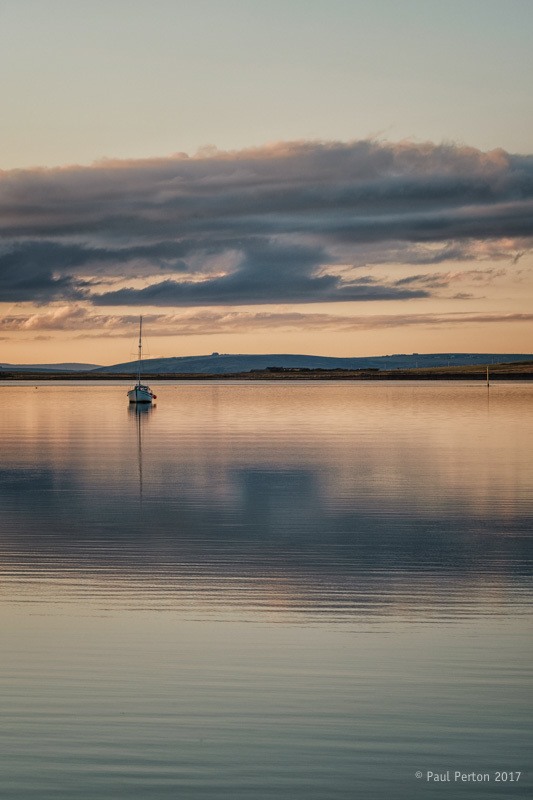 Curiously, the nearby Skerries Bistro served us up plates of langoustines which were startlingly fresh, a magnificent treat and a complete surprise given its remote location. A definite must-do for any visitor. 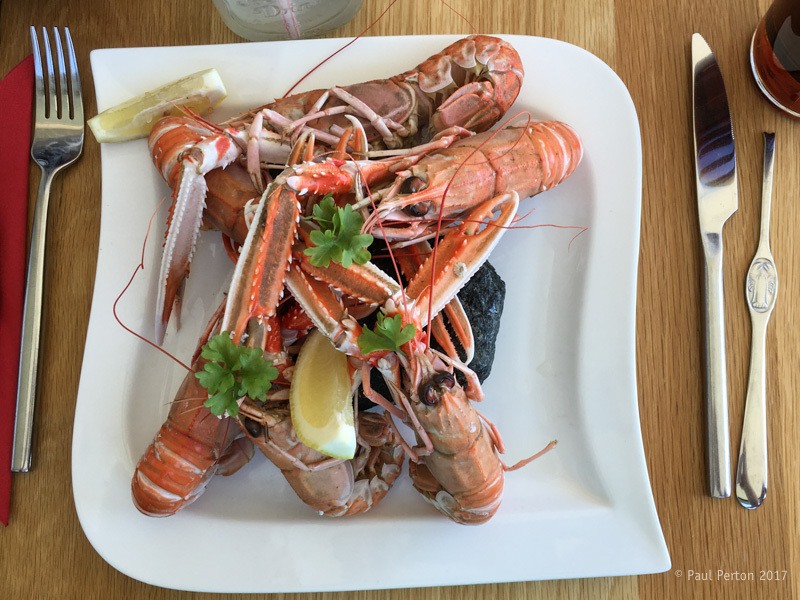 So what to add to Paul’s piece above? Well first up, Orkney is a really long way from where I live in West Wales so we broke the journey into chunks. A couple of nights in Keswick in the Lake District where we spent a day walking Catbells in rain and mist, wearing the new waterproof trousers bought earlier in the day in the Rohan sale. A good buy they proved to be. Spectacular views of Derwentwater there were not but nonetheless a wonderful day. I first walked the Catbells ridge with my Dad as a 13 year-old and he imbued me with a love of the Lakes and I’m happy fell-walking, rain or shine. The soft, grey day seemed made for the Fuji X-T2 mono emulations.

As Paul alluded to above I recently acquired the X-T2 and 18-55mm lens and this was my first trip out with it. More on this later. 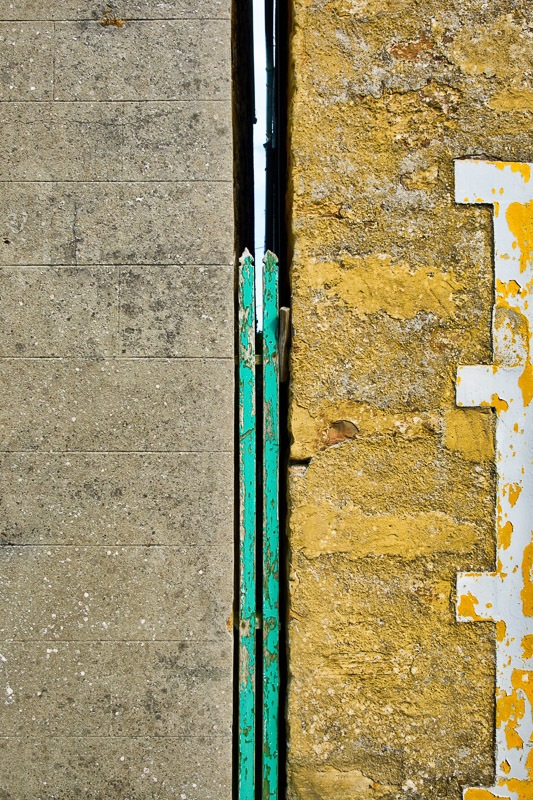 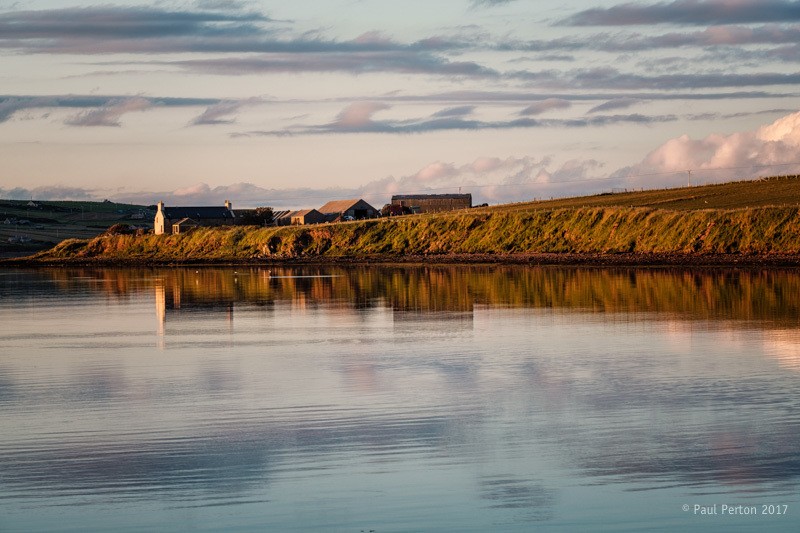 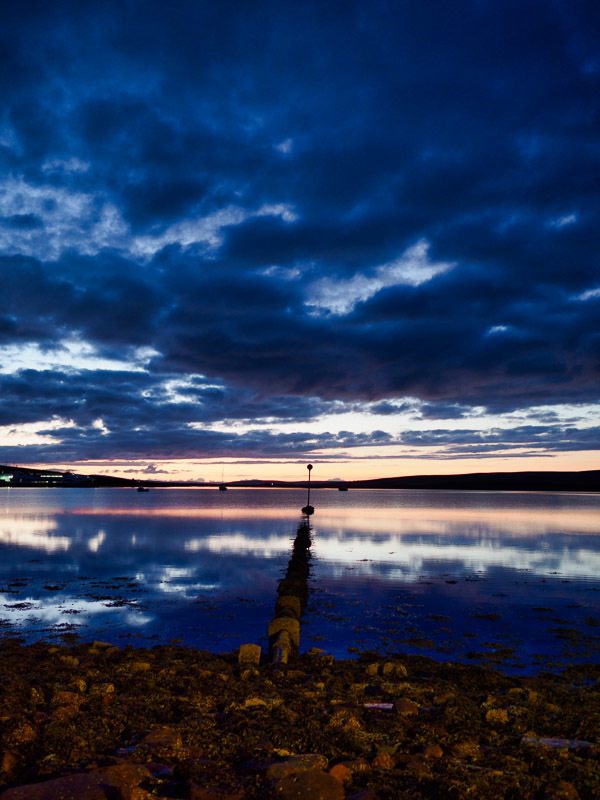 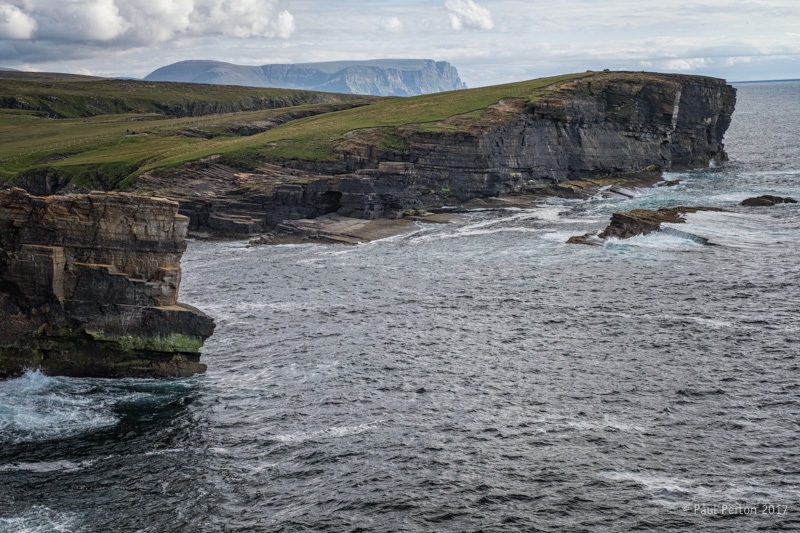 Second stop was just north of Inverness on the Black Isle to catch up with old pals before they decamp and permanently move south – to a farmhouse somewhere near Bergerac. I’m already anticipating our next catch-up! And finally to the ferry port of Scrabster, via John O’Groats. JO’G provided an unexpectedly splendid cafe and some colourful housing.

Ferrying from Scrabster to Stromness was wild and enjoyable with plenty of pitching and white water, followed by a sedate drive to St Margaret’s Hope and the slightly whacky hotel with it’s windowless dining room. Interesting that, because Orkney was about the light. Constantly changing, with scudding clouds, squalls, bursts of sunlight and the lochs and bays with ever-shifting colours and wind-driven textures. The land had a soft, yellow hue with silage-shorn fields and meadows of buttercups, often with animals grazing among the wildflowers. Pastures of yellow, pink and purple wildflowers were commonplace and ragged robin was abundant, a lovely flower has all but vanished in my neck of the woods.

And of course Orkney in July is never really dark; the sun dips below the horizon in the north-west for a brief respite before returning in the north-east. Getting up for the blue hour just didn’t happen; it would have meant being up all night and we were on holiday with partners to accommodate! That said, Paul and I did savour some delightful, early-ish morning excursions. I suspect we saw Orkney at its best. February must be a different country. 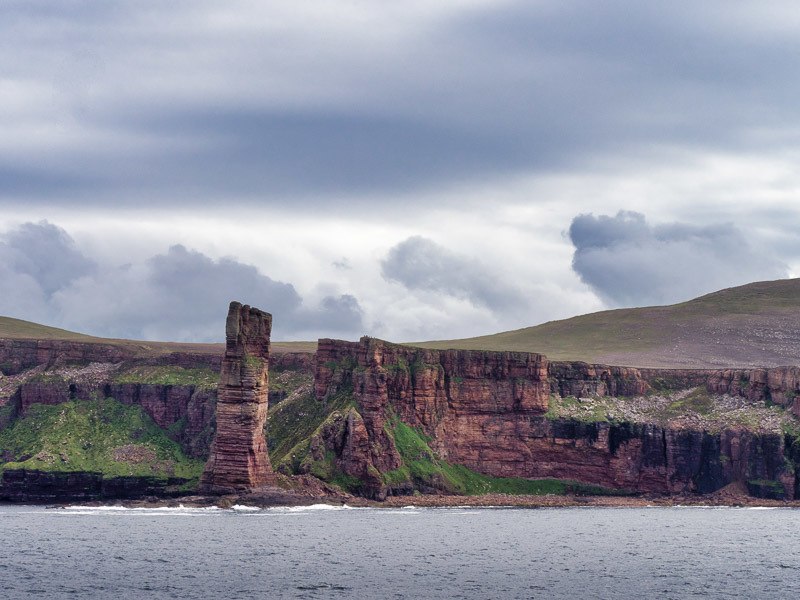 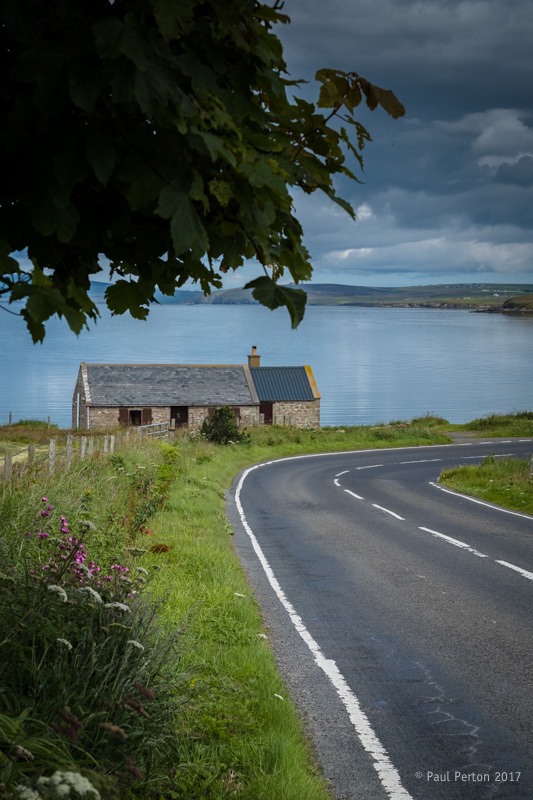 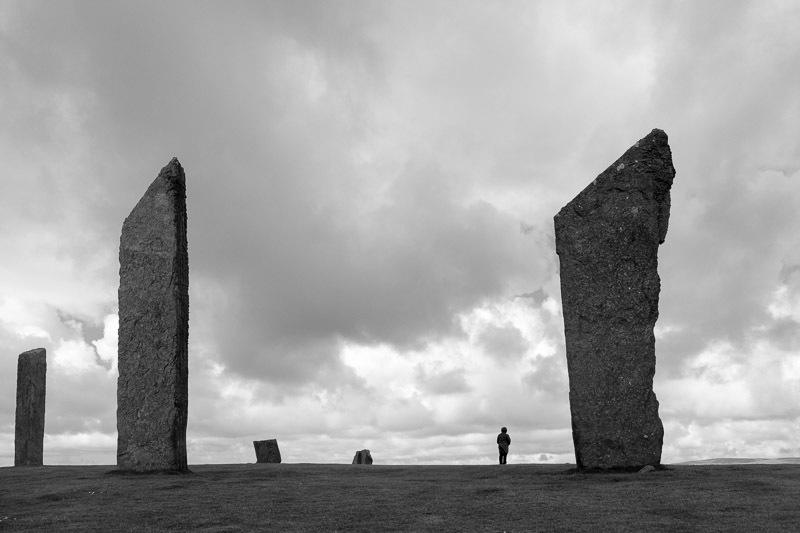 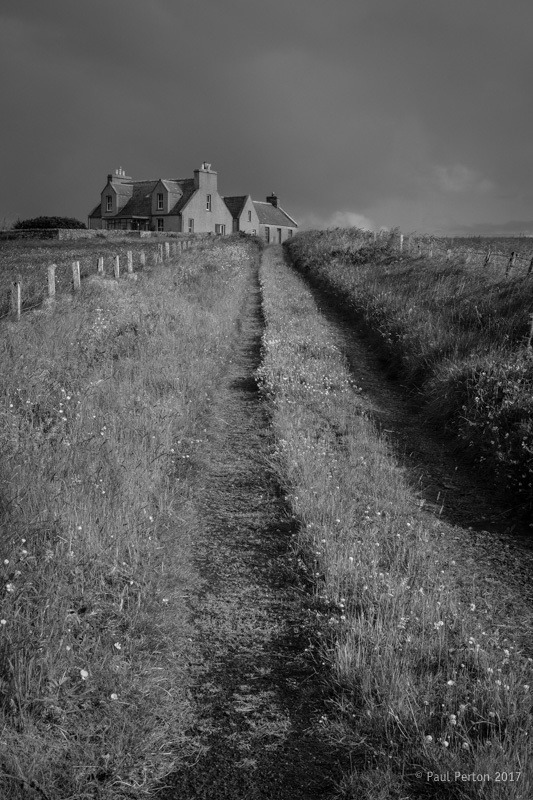 If you are even remotely interested in ancient sites and all things neolithic Orkney delivers in spades. Living in Pembrokeshire I am never far from cromlechs, dolmens, iron age forts and the like, but Orkney is another order of magnitude altogether. It’s one huge archaeological installation. There are the highly visible sites that have been known for hundreds of years and then there are the more recent discoveries such as The Tomb of the Eagles and the Ness of Brodgar. Orcadians seem to have a knack for stumbling across astonishing buried structures that require a serious reassessment of our version of the past.

And the X-T2? Nice camera and Paul’s bag of glass allowed me plenty of options to experiment. The film emulations produce lovely images OOC and the colour rendering is undoubtedly lovely.

Will I be going over to the dark side and abandoning my Olympus M43 kit? Not a chance. Does the larger sensor make better images? Not for the images I produce. Is the colour better than my E-M1 Mkii? Different, yes. Better, who knows. I like them both. The retro aperture ring on the Fuji lenses is neat if you have a hankering for the experience of yesteryear but I discovered I much prefer controlling aperture with my thumb.

I also realised how much I’ve come to rely on the image stabilisation of the Oly with its truly remarkable IBIS. But the real kicker? To borrow from Bill Clinton, “it’s the glass, stupid.” The price, quality and power to weight ratio of the Olympus lenses is simply unbeatable for what I want. Some of my favourite images of the last couple of years have come from my Oly 40-150mm f2.8 for which there is simply no equivalent in the Fuji world. I love the tiny 12mm, 17mm and 45mm primes. And Olympus keep on rolling out remarkable lenses; the 300mm f4, the 12-100mm f4, neither of which I own, but maybe one day. 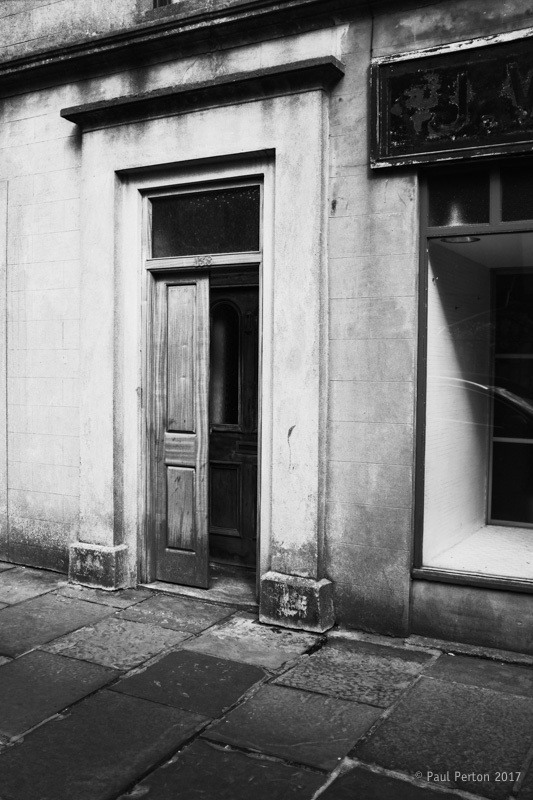 So Orkney was a really interesting trip, in many ways. I discovered, again, that cameras are just tools for creativity. There is no “right” one, just the one that works best for me. And although I sometimes end up with really satisfying images it’s actually the process I love. Alone on a desert island with a box brownie I’d still be getting up to catch the light. With a camera in my bag I have an excuse to walk hills, spend hours watching the sea, crawling through undergrowth looking at bugs or wandering aimlessly through towns giving free reign to my endless curiosity in the world around me. As somebody said, “you’re a long time dead.” Best make the most of it.

* Orkney snork nie: my bad: there’s an unrelated mining town called Orkney in South Africa’s north west. Orkney Snork Nie was a popular Afrikaans sitcom, originally broadcast by the SABC in South Africa between 1989 and 1992. The name translates directly as Orkney Doesn’t Snore, but the message being conveyed in Afrikaans is that the town isn’t sleepy, there’s always something happening. So too here. Background information courtesy of Wikipedia. 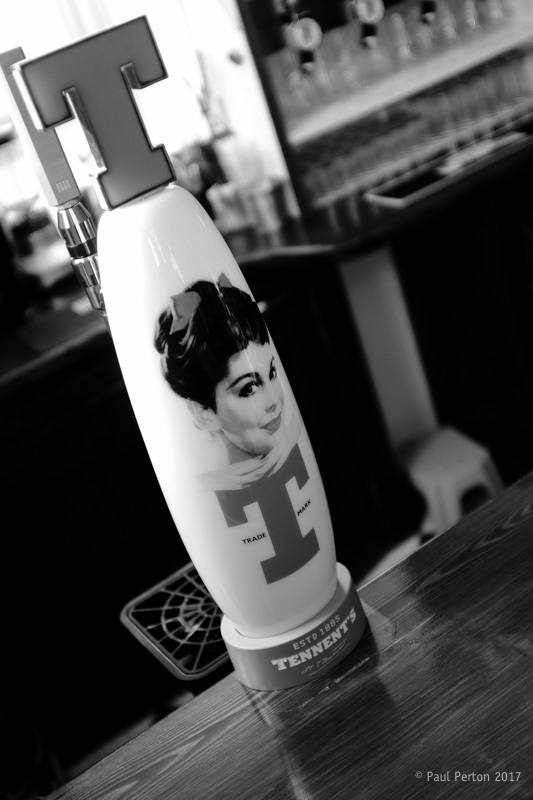 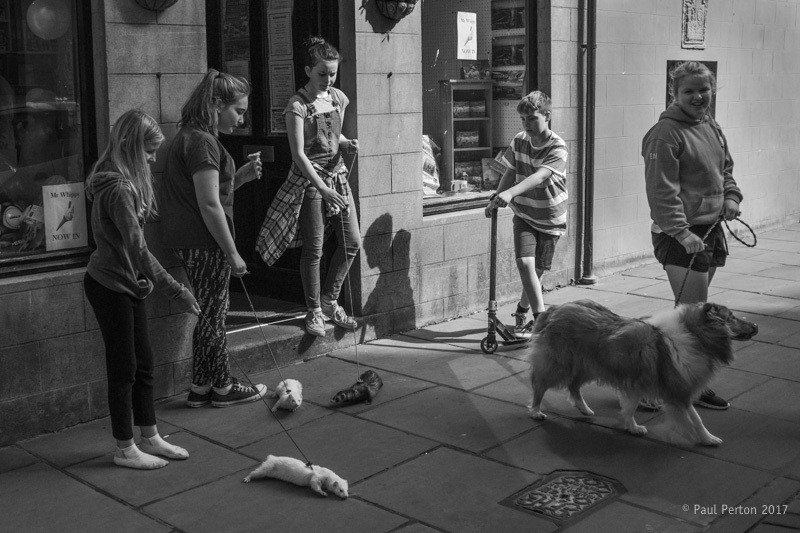 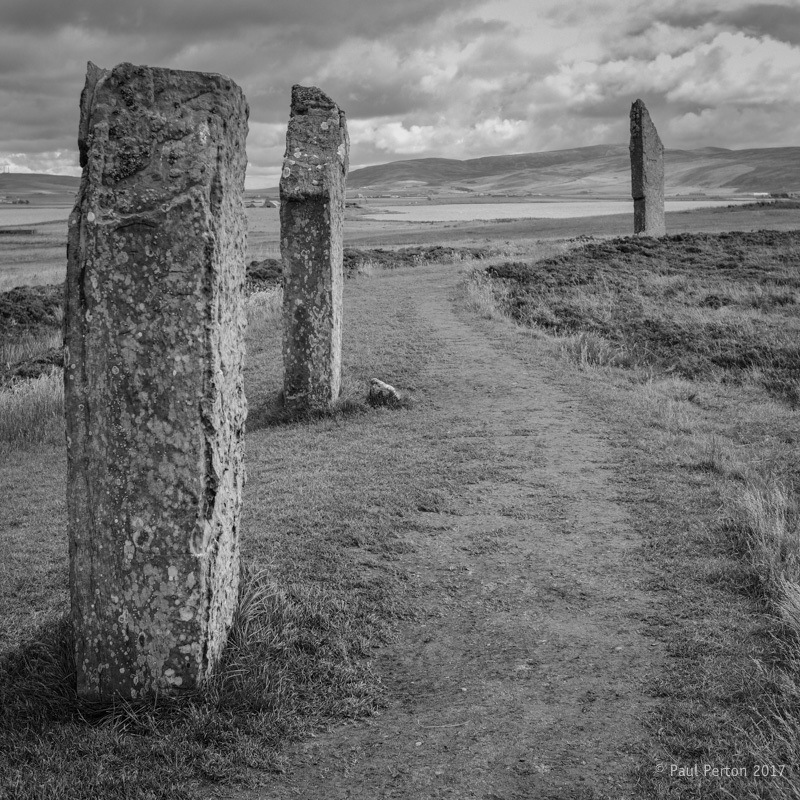