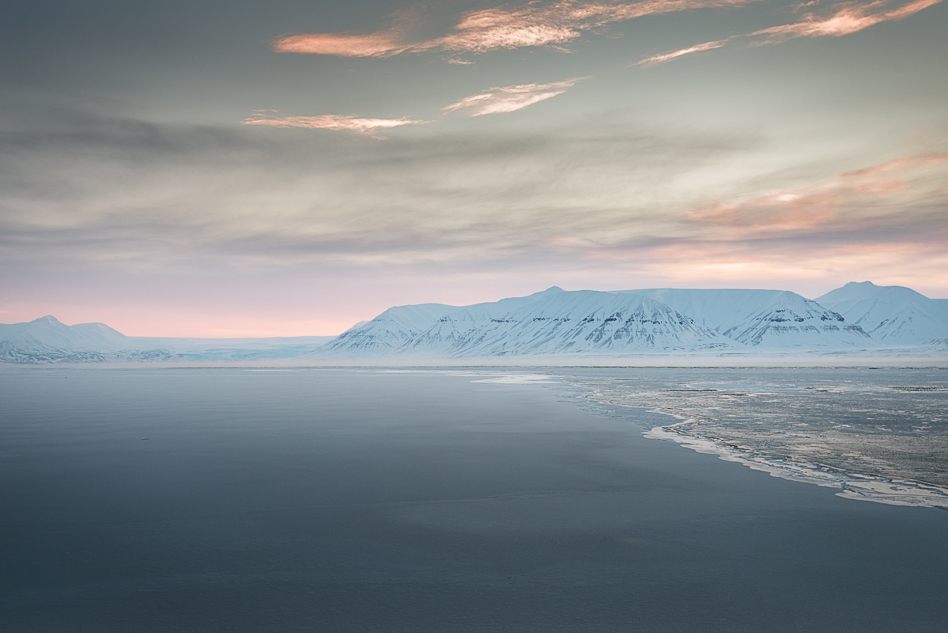 I had the privilege of spending 10 nights inside the Arctic Circle in Longyearbyen, Svalbard in late March. It’s a geographically remote, harsh but beautiful place. It’s some 2,000 km north of Oslo, Norway and is the most northern permanent settlement in the world. The North Pole is another 1,309 km north.

Amazingly, I’d never been in snow before so landing in Longyearbyen with an outside temperature  of -15° was a shock to my senses. For the record I’m an Australian, cold for me means anything under 5°. Walking through fresh snow up to my knees was a new and challenging experience. 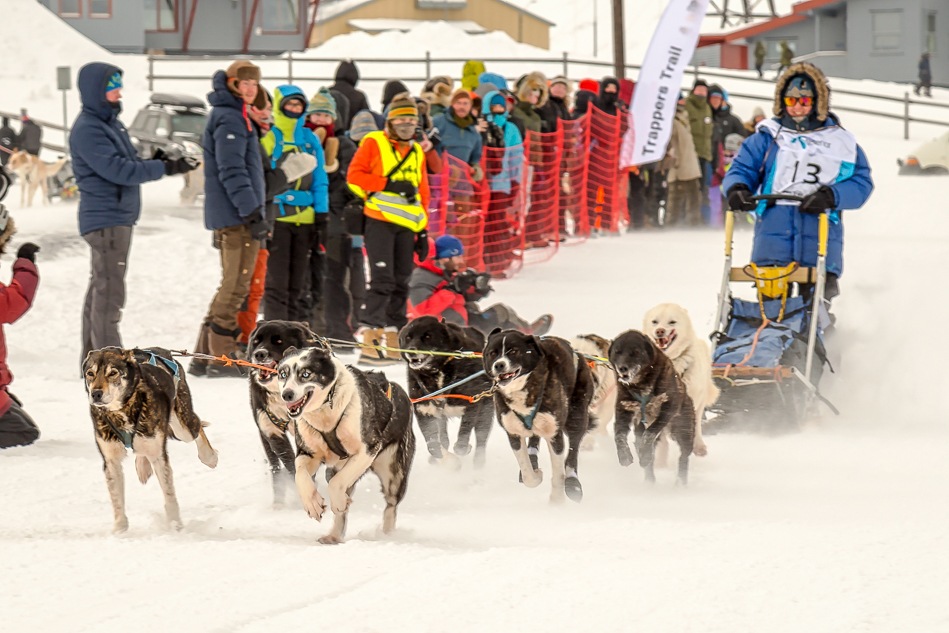 Longyearbyen is/was a coal mining town. The mining has now been scaled back, they mainly rely on tourism for economic survival these days. Dog sled time trials is how the locals spend their Saturday afternoons.  That was my experience when I was there. I’m not sure whether money changes hands on the outcomes. 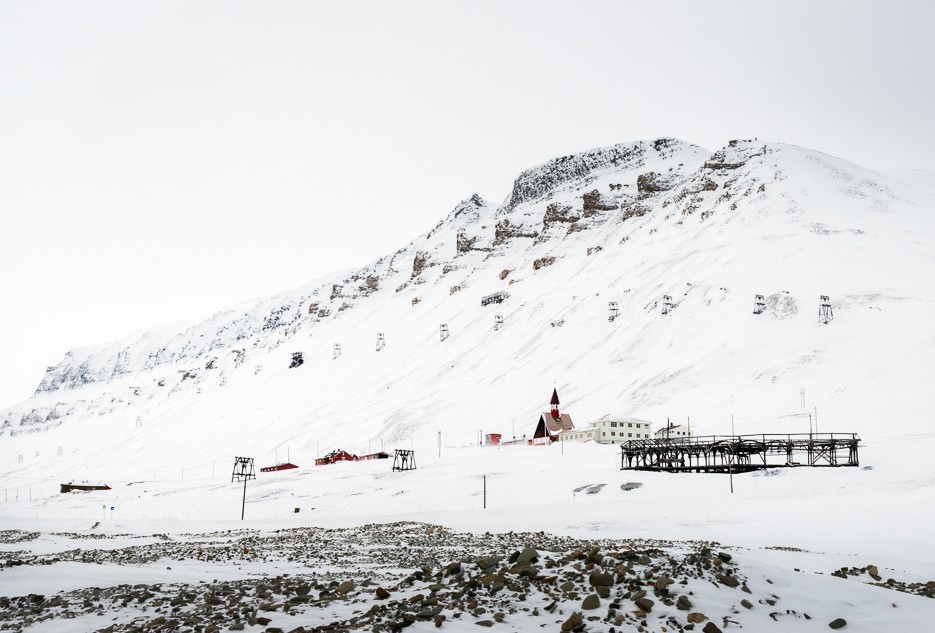 Even in March, daylight stretches to over 14 hours, the sunsets are well worth the wait. 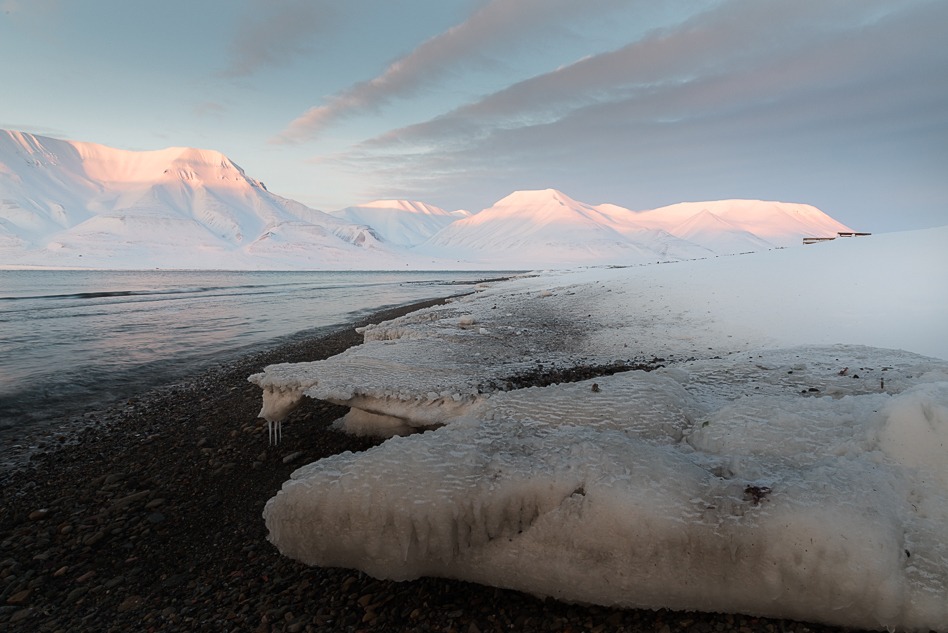 8 nights aboard MS Origo was the entire point of being in this huge fridge exploring the fjords of Svalbard looking for the illusive polar bears and other wildlife to photograph. The expedition leader later said the beautiful landscape is interrupted with wildlife, I would have to whole heartily agree. I travelled to this area for the wildlife but I quickly became engrossed in the majestic scenery. 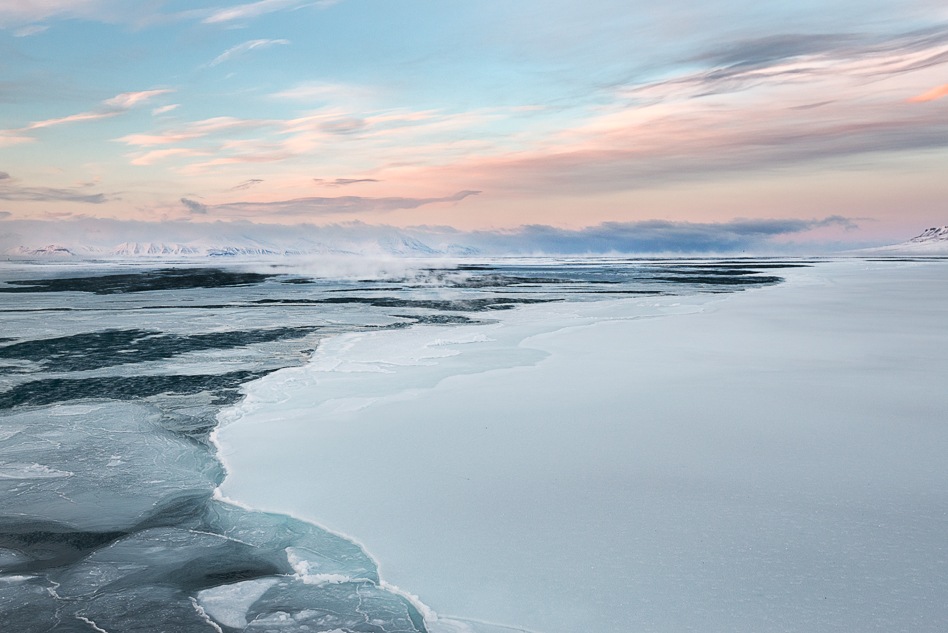 This short film “Kingdom of the Ice Bear” was made 2 years by our expedition leader Joshua Holko, it gives you a better perspective of the landscape. The film was shot later in the season than I experienced, the exposed rocks were not evident on our trip.

Day 2 saw the mercury drop to -29°,  after our friendly crew added in the wind chill factor it worked out to be a nice round number -50°. The Captain later told us he has never experienced colder weather and he’s Swedish! 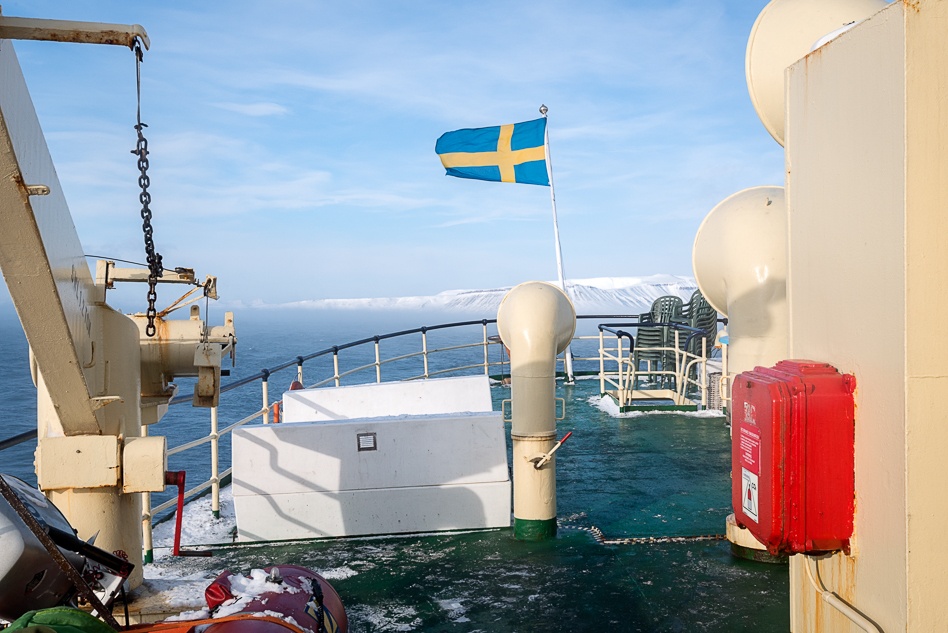 The ship was covered in ice and one deckhand had the thankless task of removing the ice with a very large rubber mallet daily. I’m afraid he shouldn’t have bothered as 3 hours later it looked like this.

The Origo is a Swedish flagged vessel operating in Norwegian waters, for those of you who noticed it’s wasn’t a Norwegian Flag in the previous shot. 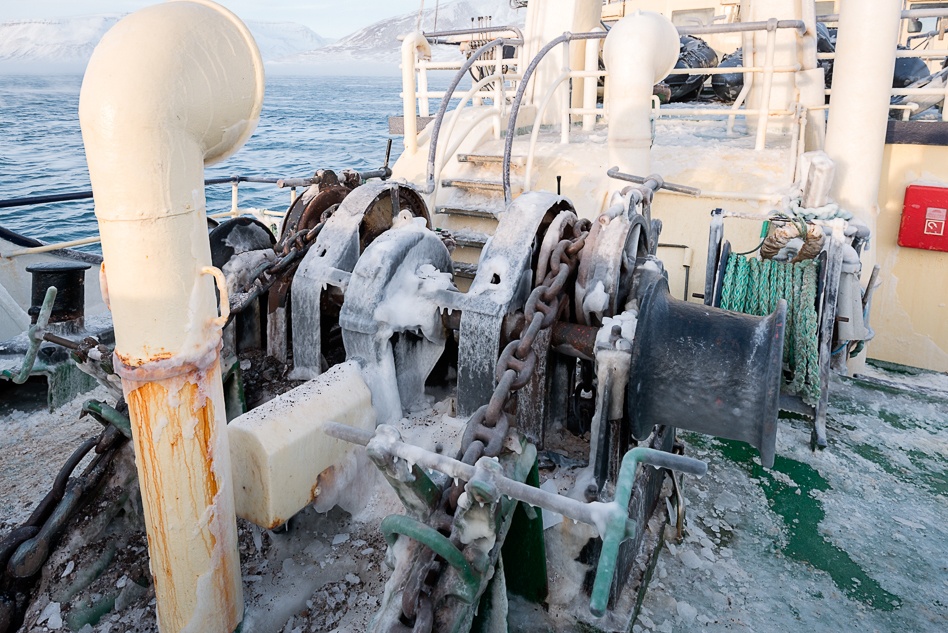 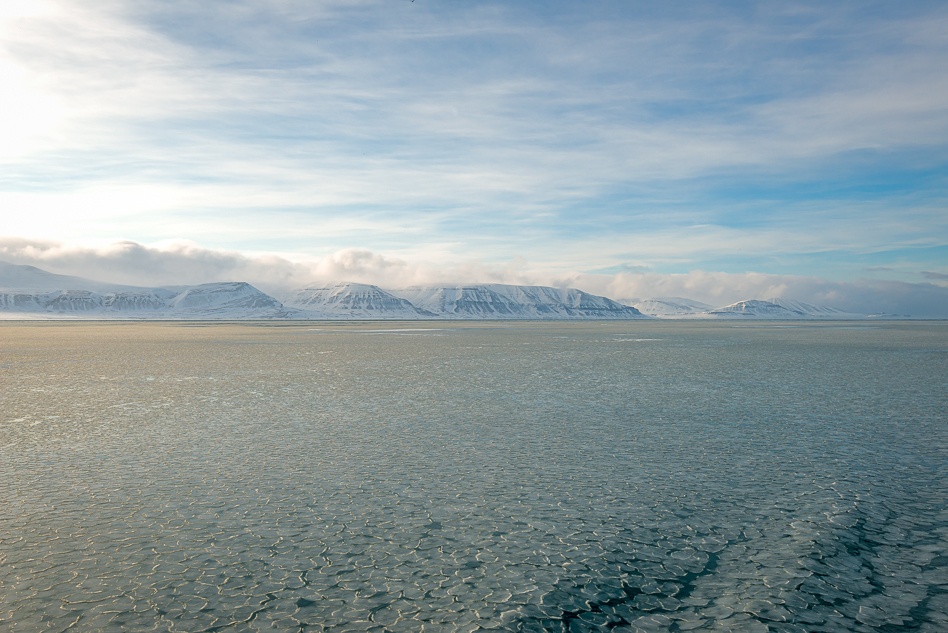 This was a very common sight. 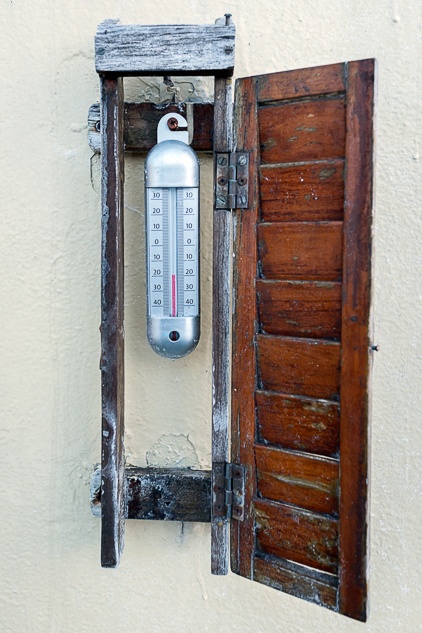 Photographing in these conditions requires you to be dressed in 3-4 layers of thermal clothing, then ski pants, jacket, balaclava, woollen wind proof beanie and gloves and boots. The majority of us had gloves that were recommended by the tour leader, they were designed for use by the Austrian Special Forces, and could be used as either mittens or  with fingers. Within a day I could operate the camera in full mitten mode. The added chemical hand warmers made for snug warm fingers and toes.

An hour or more on deck dressed like this was very possible which I did regularly. I found it very peaceful just to stand on the bow and be “The King of the World” for those times when “Origo” was underway. 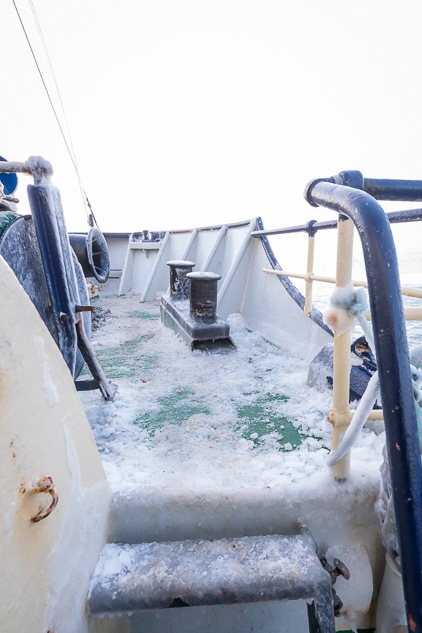 Another issue for me is that I wear eye glasses and they fogged the second I exited the warm cabin. These were quickly discarded for all future deck excursions and I quickly got use to this added handicap. Breathing is another thing you have to be careful about, well not breathing per-say but where you exhale, not near the viewfinder, instant fog out if you do.

You may well ask how do modern DSLR’s handle being used under these harsh brutal conditions. Of the 12 paying passengers the split between the Nikon & Canon were about even with 1 Fuji and no Sony in sight. Normally I am used to seeing 30/70 split between Nikon & Canon.

The crew used N with only one exception and he used Canon. I had read and been briefed  about the horror stories of poor battery life in these conditions and for the first few days decided not to use my GPS, what a mistake. After the first days shooting of some 450 frames I had only used 25% of my battery. I use a pro body Nikon, even my other body with a normal sized battery managed 3 days before a charge was required.

We left our gear outside in dry bags at all times to prevent condensation, at night batteries and cards were removed. The temperature differential was something like 40°.

Camera problems you ask, well only one was that the Fuji wouldn’t AF accurately, the owner was not a happy camper and was wishing he bought his Phase One. This trip was the Fuji’s last outing and was replaced by a Nikon on his return to the States. 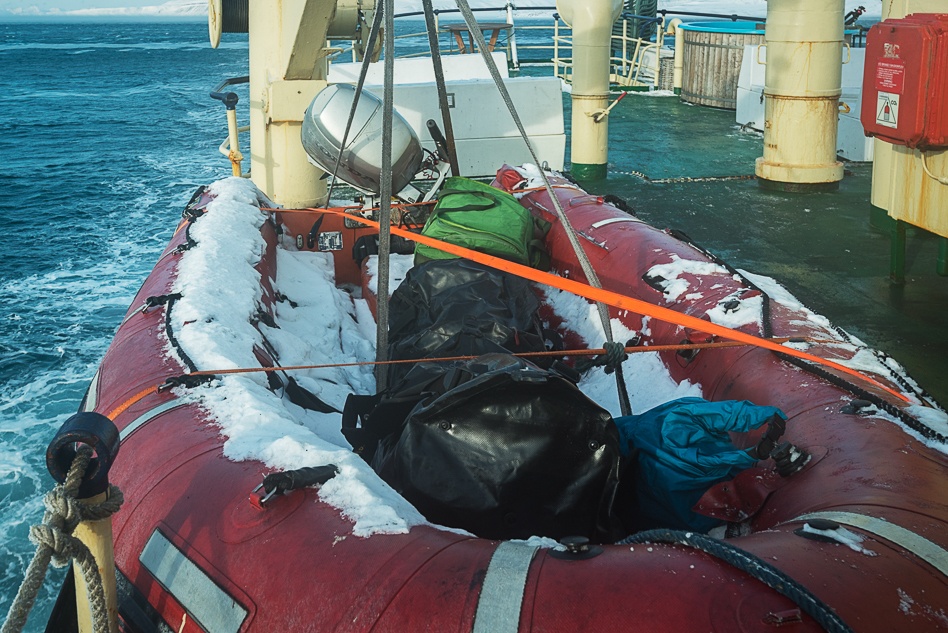 Unfortunately, we only saw 3 polar bears, but seeing these magnificent animals in their natural environment was something l’ll never forget. If l’d come later in the season I would most likely would have seen more bears. The downside is then that the landscape near the sea would not have been bare rock. 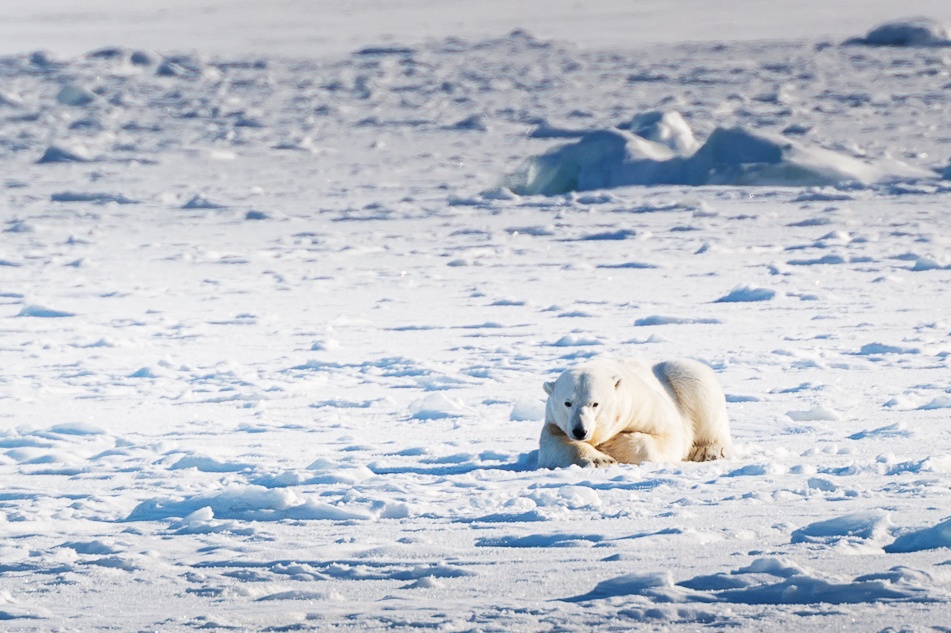 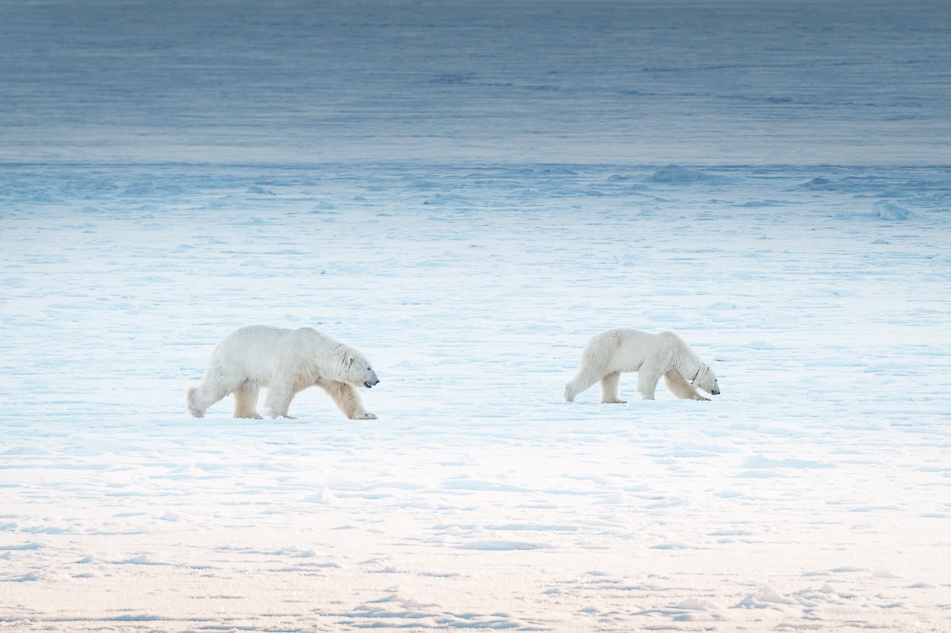 Seeing a Walrus in the middle of nowhere on a small chunk of ice was a sight. 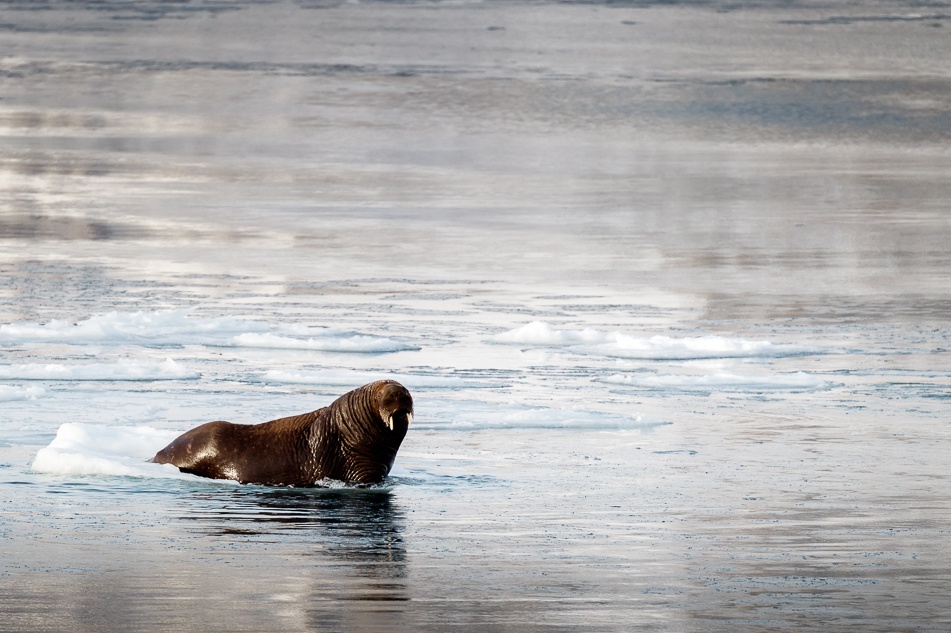 Sea mist (sea smoke) is something I’d heard about and not expected to experience. The crew said that it could appear when temperatures  go below -15°.

Our voyage took us as far north as the sea conditions would allow, the sea ice stopped us at 79’43’38’ for the technical minded, this is well inside the Arctic Circle which starts at 65’. 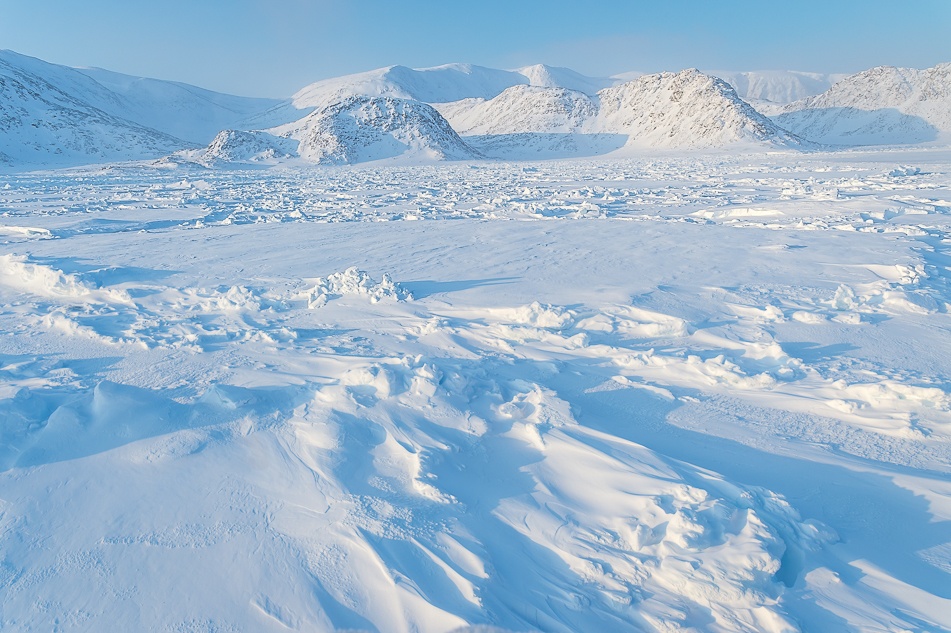 The landscape is brutal, harsh yet very beautiful.

My advice is if you are thinking of visiting a wilderness like this do it now while you still can. 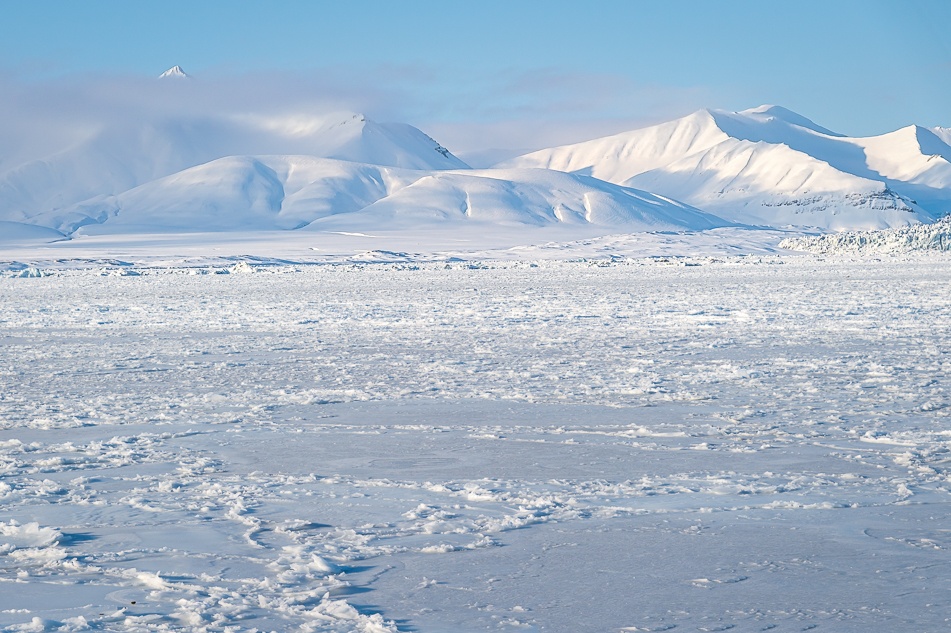 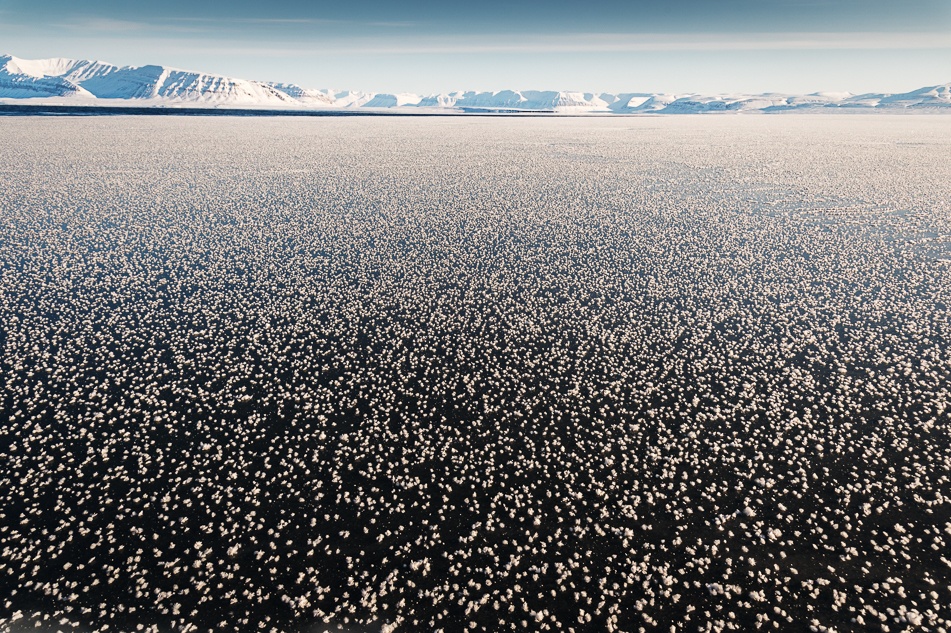