This new guest post is from frequent comment contributor Adrian who is sharing some interesting insights on how a vision evolves in time. The underlying topics of thinking about projects and specialisation are particularly noteworthy. Thanks Adrian. Quick bio below :

I have been a keen amateur photographer for over 15 years.  My initial interest in photographing social events and holidays gradually became an interest in travel photography, though often with an emphasis on happenstance and the discovered rather than the traditional picture postcard views of travel.  I had always been interested in other photographers portraiture, and gradually my interest in travel photography led to street photography, and then to street portraits.  A chance encounter some years ago also led to me photographing physique sports competitions, from which I have started to work on a portfolio of male physique portraits.  My photography now combines travel, physique sports and portraiture, as I continue to try and understand and develop my own photographic style.  People and emotion are often at the heart of what I do, and photography continues to provide an opportunity to meet new people and see new things.

I’ve never had a great affinity for what often passes for “street photography”, perhaps because the photographs often seem to centre around odd juxtapositions of people in front of advertising hoardings or sweaty middle-aged male photographers “snapping” pretty girls from afar with long lenses. I find neither very interesting. However, a few years ago I purchased an original Fuji X100 and with it I developed an interest in photography around the night-time streets and markets of Thailand. I had never felt pre-disposed to carry my DSLR around when out at night without a specific intent of photography, but the relatively small and light X100 could easily be slipped into a bag, and produced images of a quality that had eluded most ‘compact’ cameras before.

I became interested in capturing a glimpse of people’s night-time lives, as it was a side to tourism that rarely seemed to get photographed – the mundane and everyday things that even I as a regular visitor mostly took for granted and ignored. Night markets in busy tourist areas were favourite spots as they combined interesting snapshots of “real” life with plenty of people around to distract attention from the photographer. I still prefer to photograph from late afternoon and into the night as it feels as if many cities open their flower and give up their dirty little secrets after dusk, when the darkness can create a visual excitement that helps to convey the drama of the night. 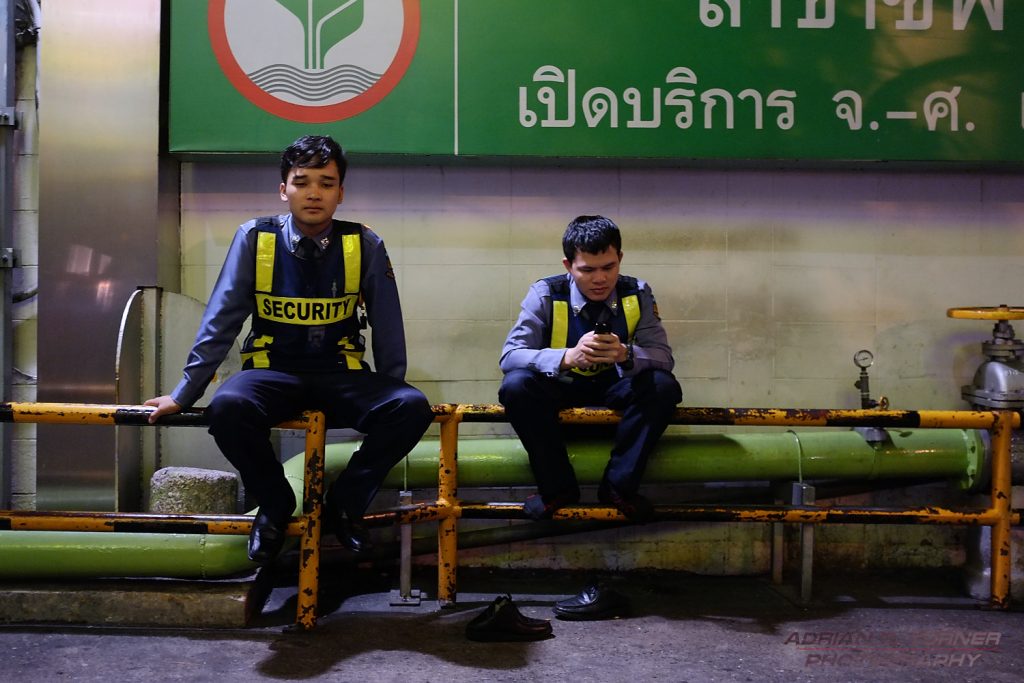 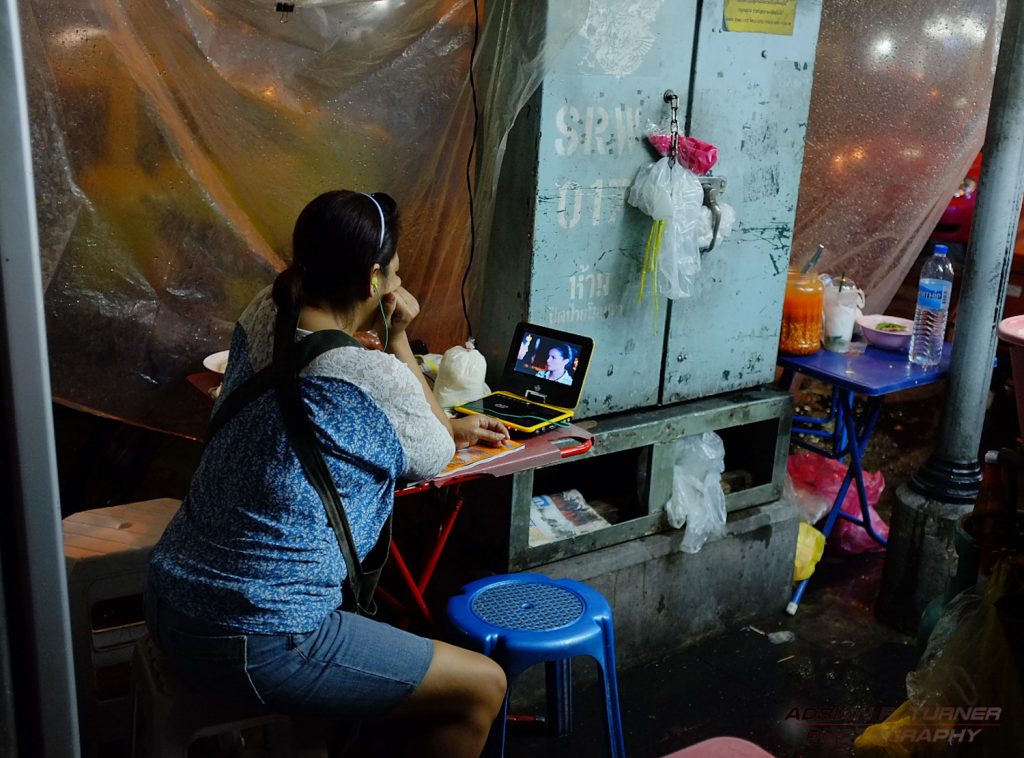 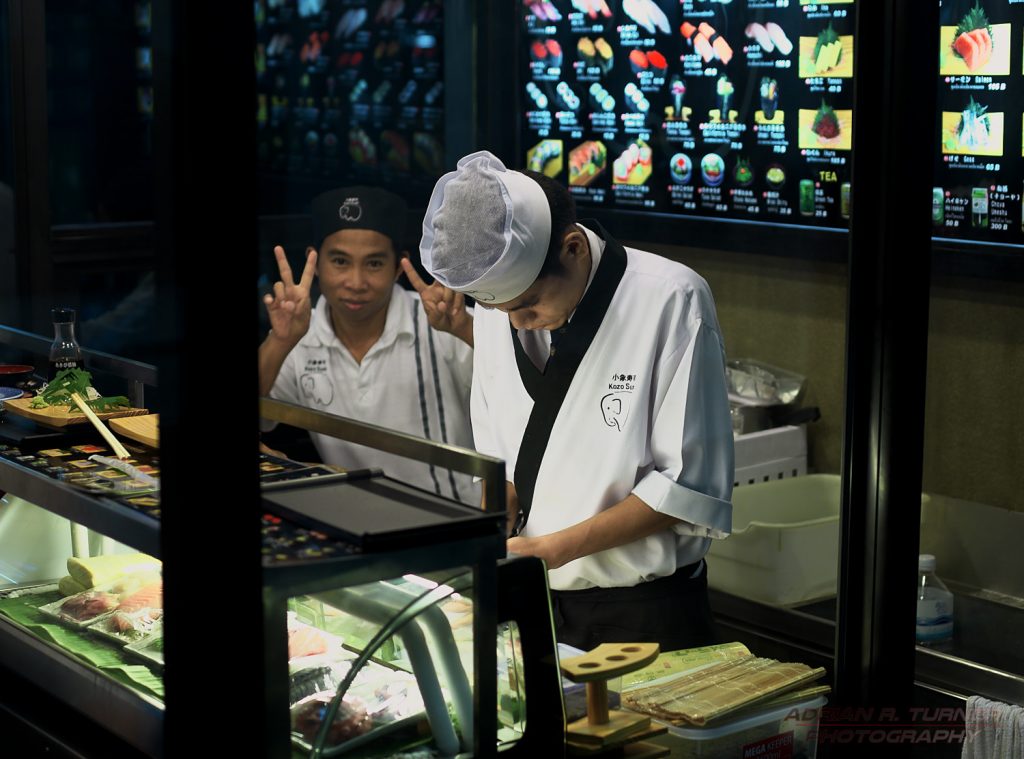 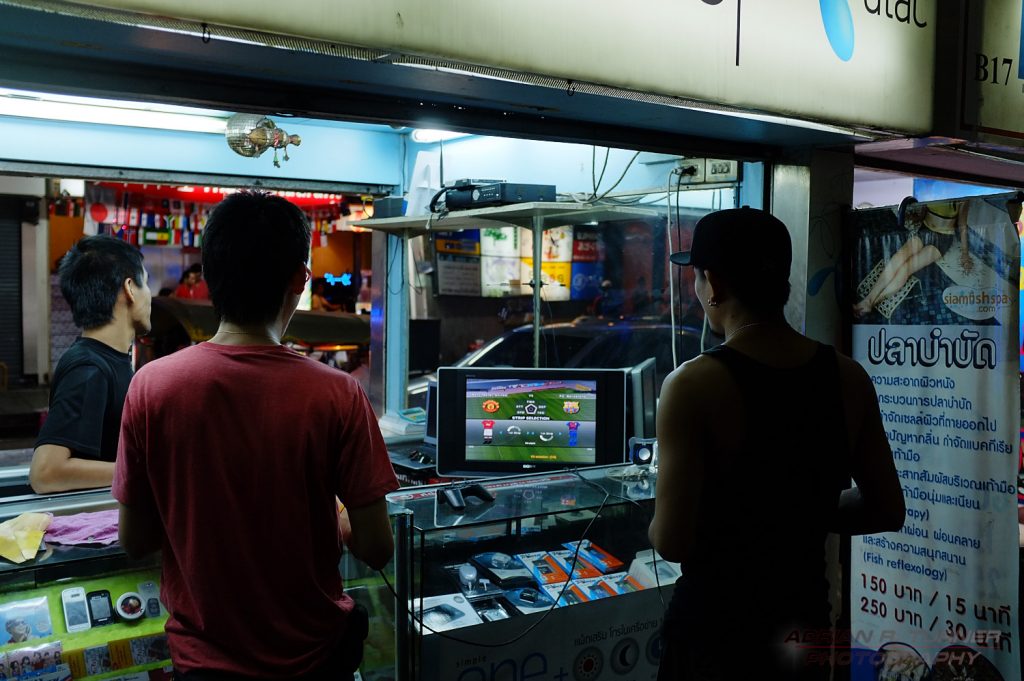 In the following years as I continued to roam the streets of Asia, I slowly realised what it was that attracted me to some the scenes I photographed. Sometimes it was the familiar made unfamiliar by distance and culture – who knew that something as uninteresting as a petrol filling station could become interesting at night in Laos? Often it became about my growing interest in the people I passed along the way and the moments I occasionally shared with them as a visitor. 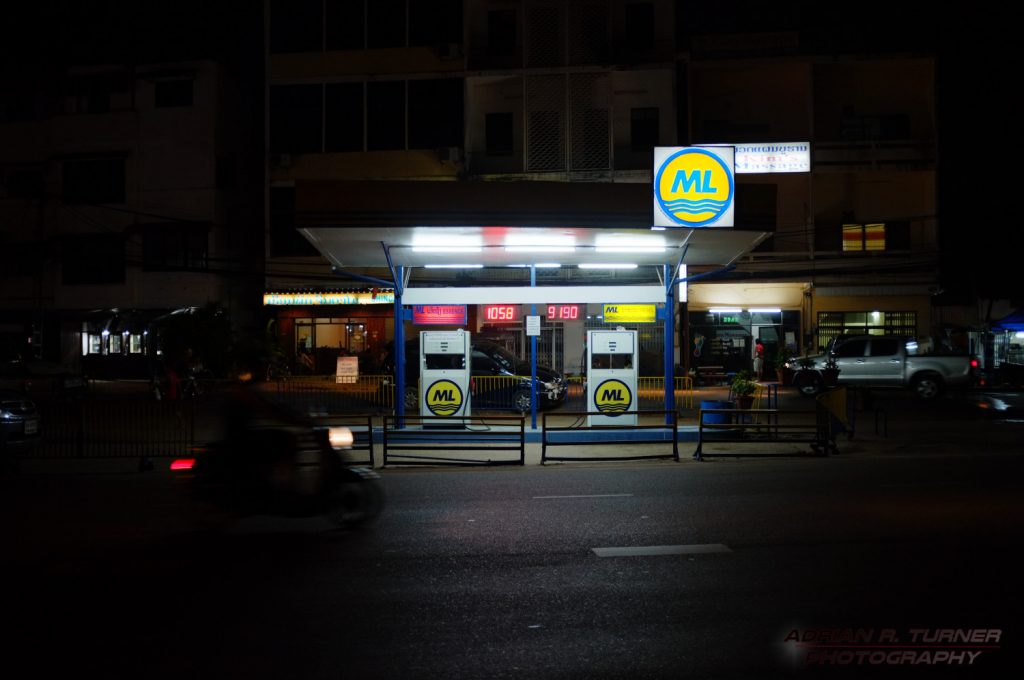 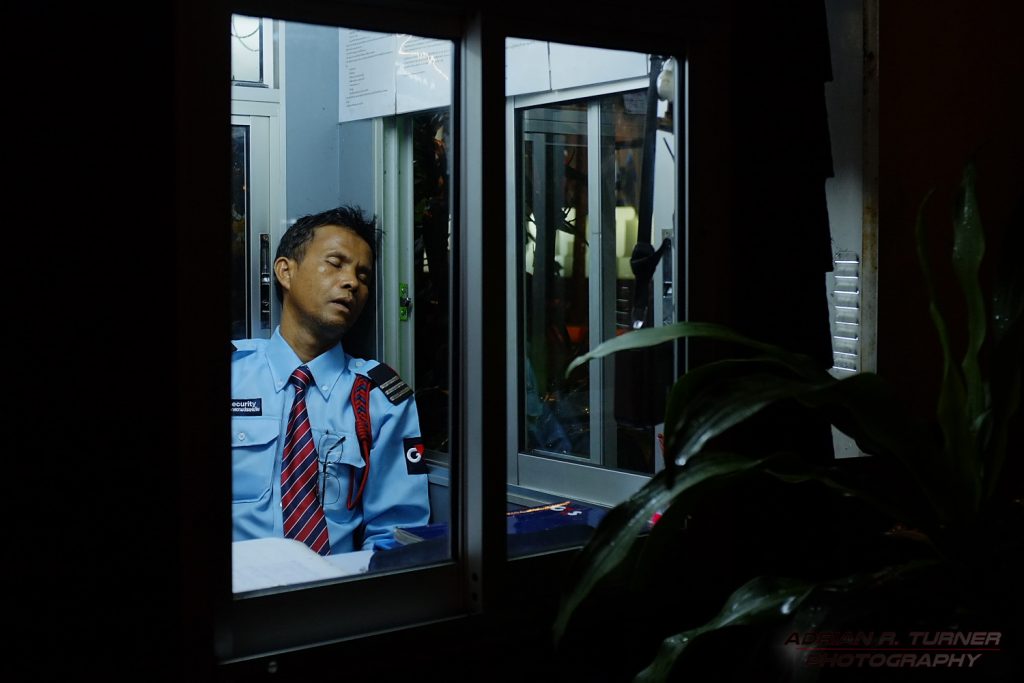 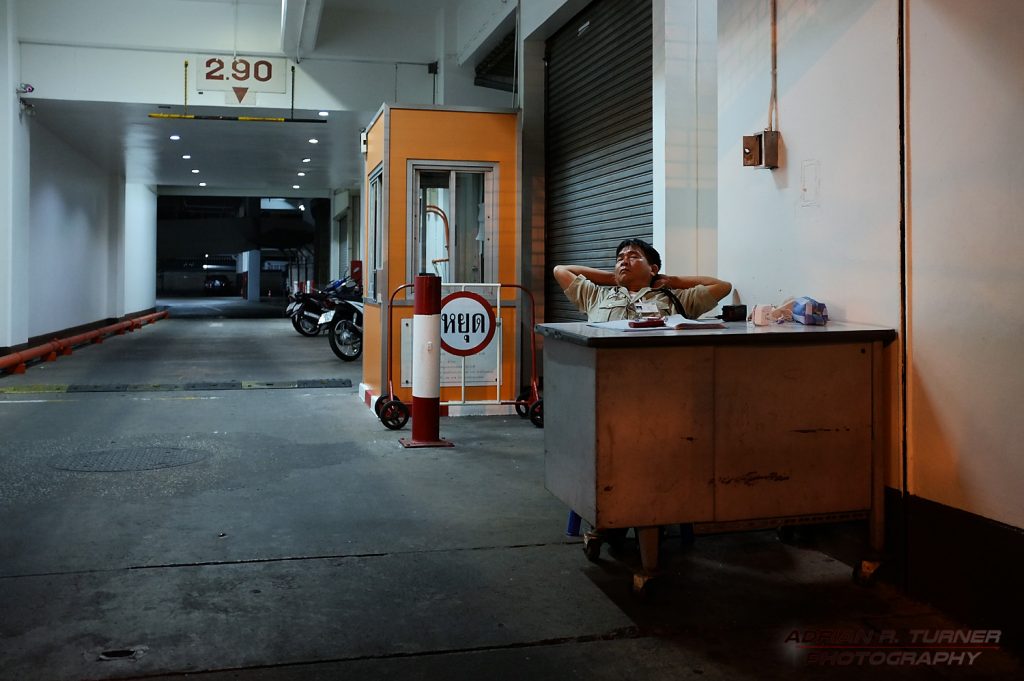 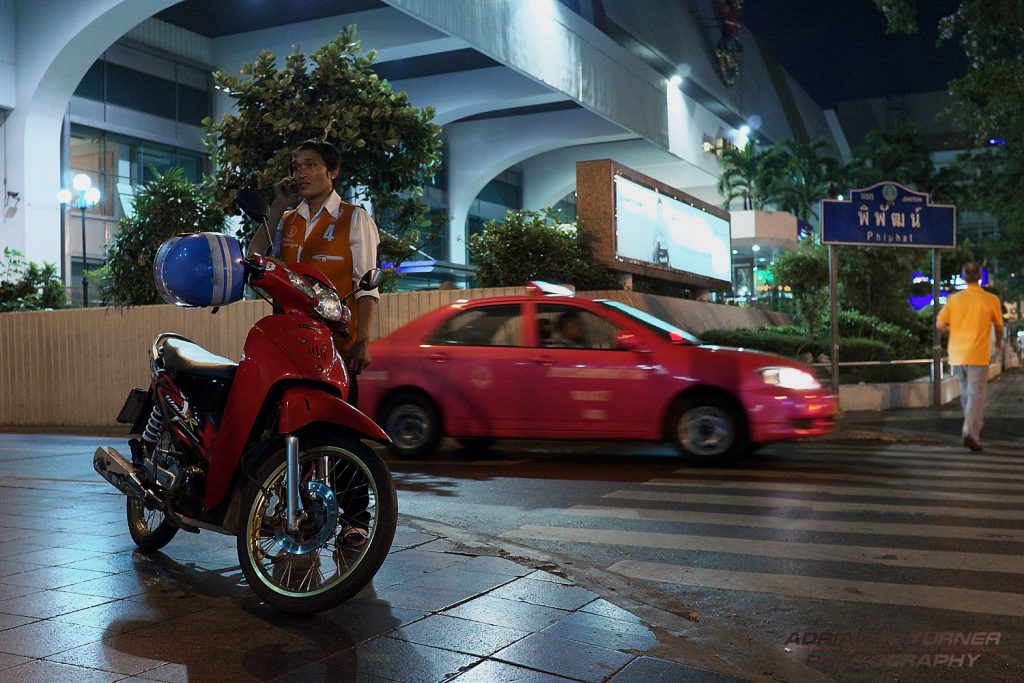 In Thailand there is often a slight novelty to my presence. I have travelled quite extensively in the north of the country, which is less visited by tourists than the beaches in the south. Over the years through friendship and some perseverance on my part I have learnt to speak basic conversational Thai. Unexpectedly speaking someone’s language can quite literally be a conversation starter, and is a wonderful way to break down barriers with people. This opened doors to situations and photographs that previously I may have passed by, and gave me the confidence to engage people when I wanted to take their picture. 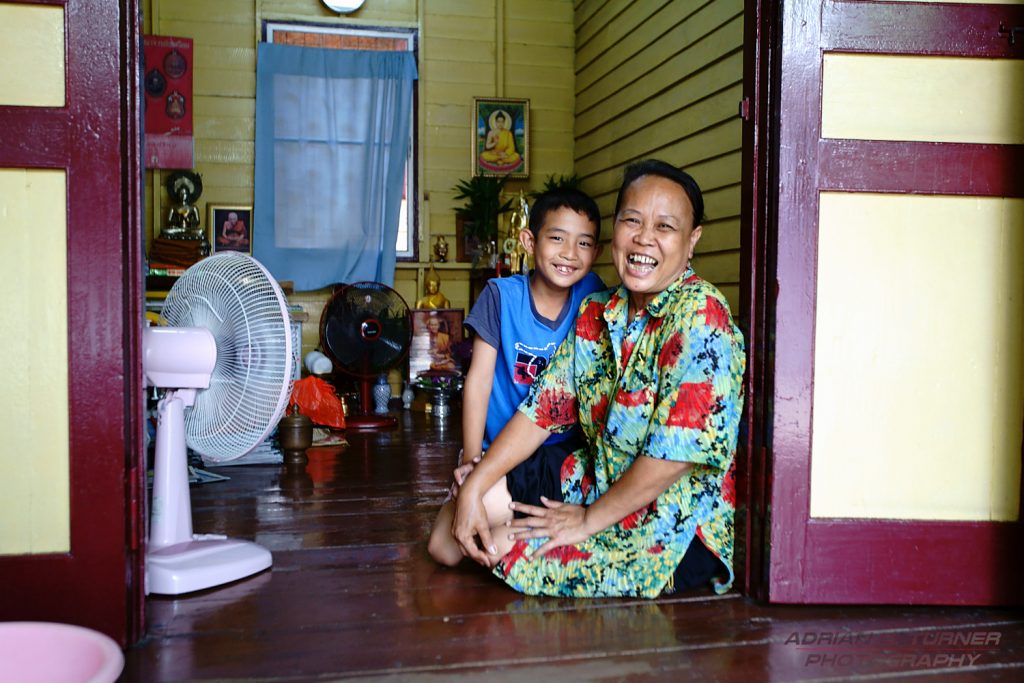 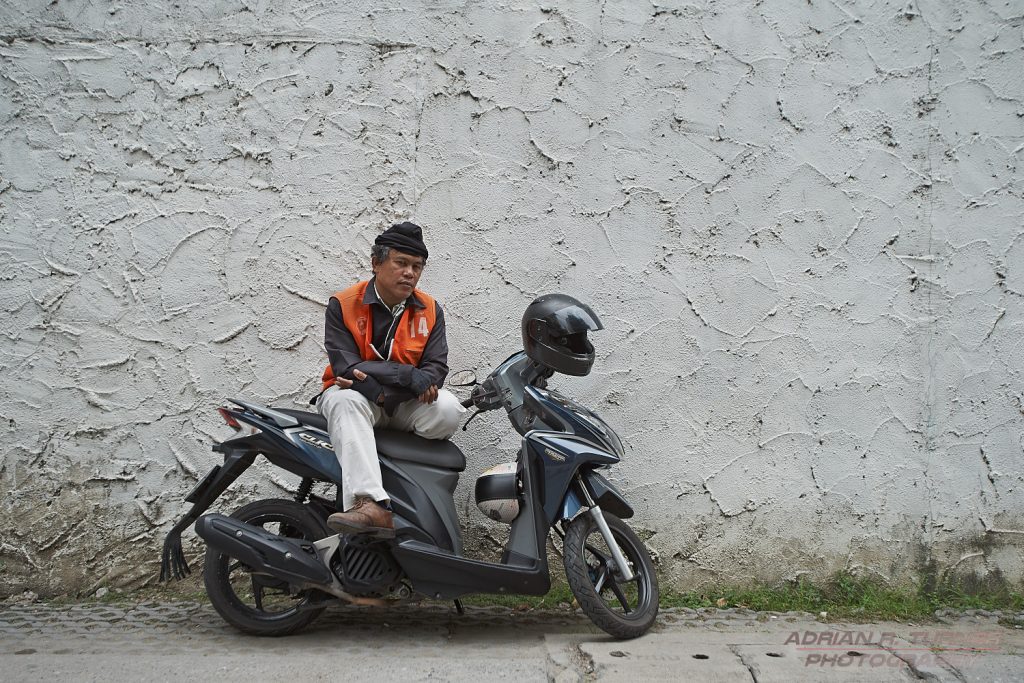 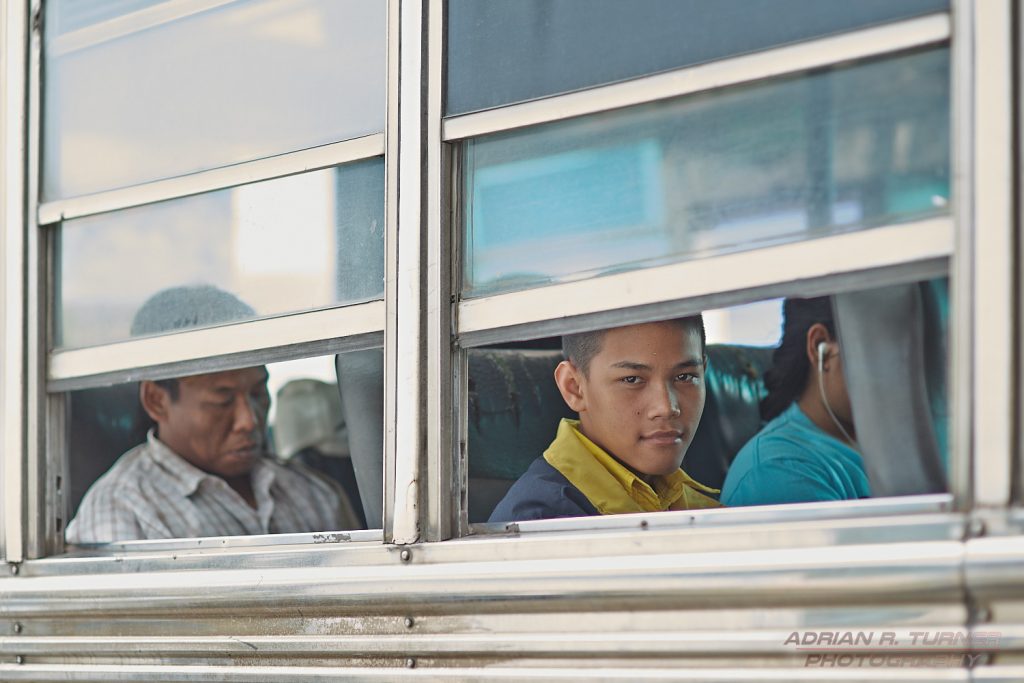 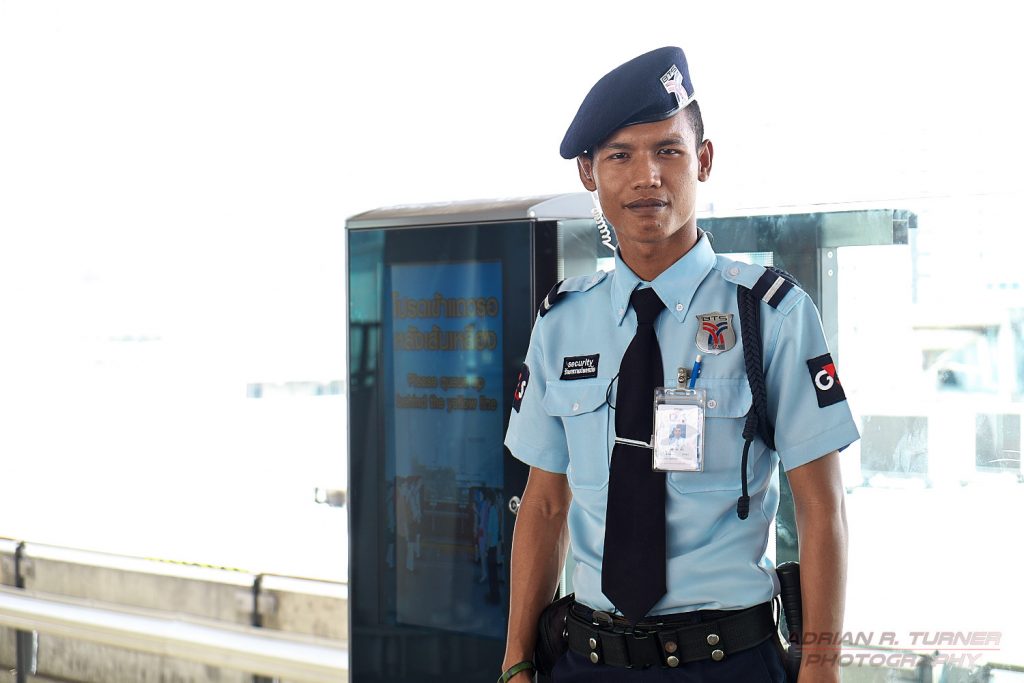 Attitudes to photography in public places vary greatly by nationality and culture, and what may be acceptable in one place probably isn’t somewhere else. As a very general rule I find south-east Asian culture much more accepting of photography than in Europe, perhaps with the exception of people of Chinese descent. A Chinese Malaysian friend commented that Chinese people may feel that you are taking something from them by photographing them, and will often decline a photo. Generally I ask permission if I am photographing an individual or small group of people, unless perhaps they are part of a broader scene and would not even notice that they are in a picture. Asking politely is an important part of my photographic process, together with respecting the answer and politely saying thank you and walking away if they decline. My own view is that attitude and demeanour are an important factor in gaining someone’s confidence and trust in you, especially if you don’t speak the same language. If you are seen to be acting sneakily when trying to photograph someone, or you have an attitude of entitlement or arrogance to your “right” to photograph, it will never get the best from a subject. 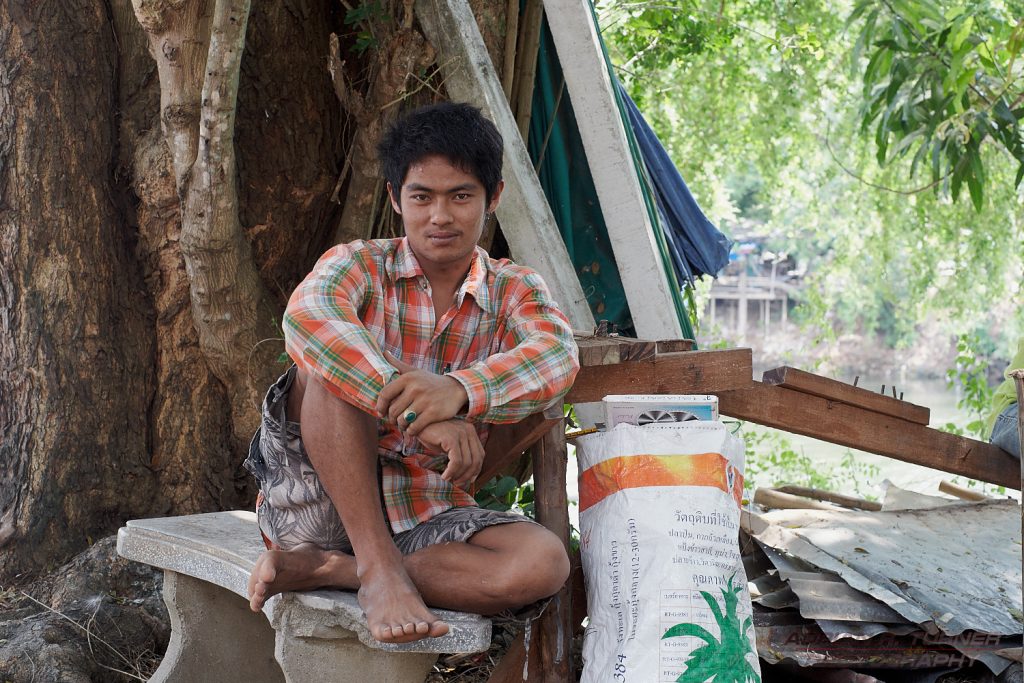 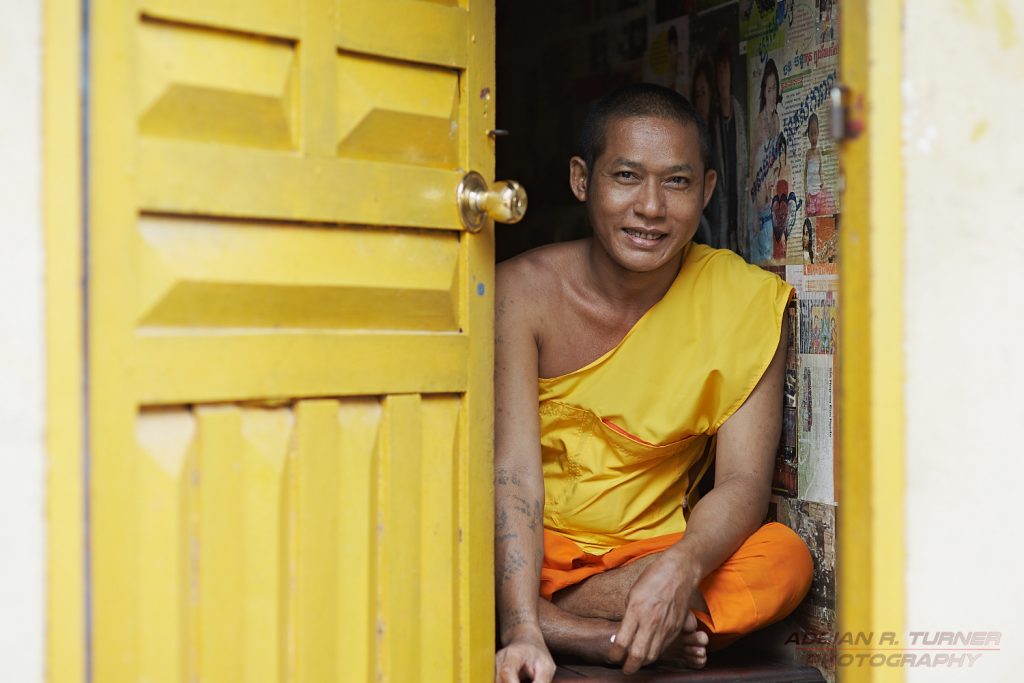 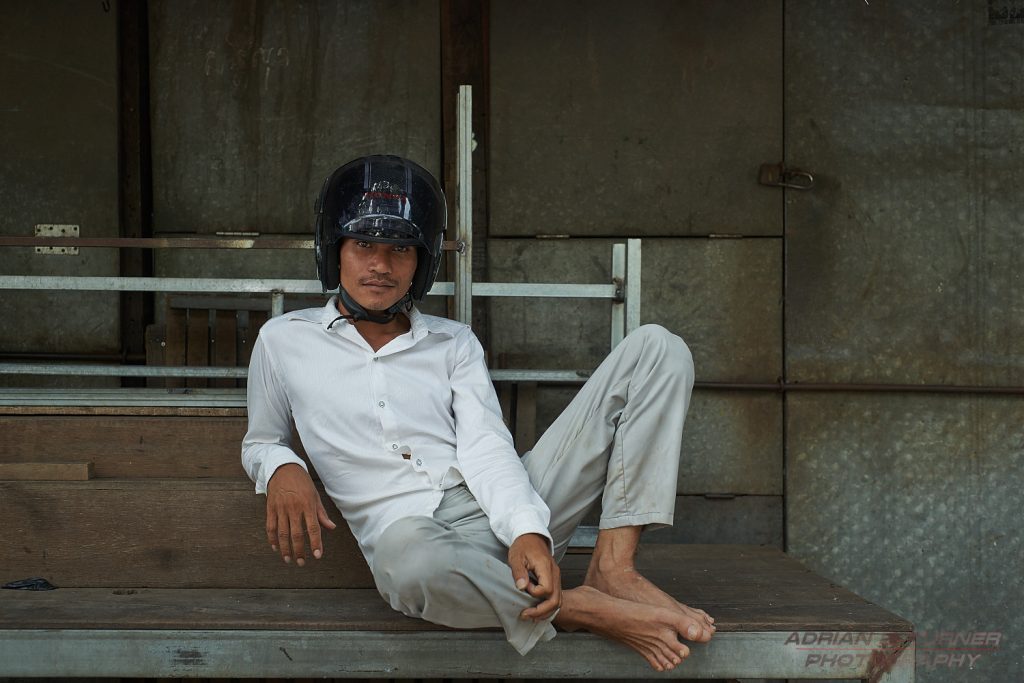 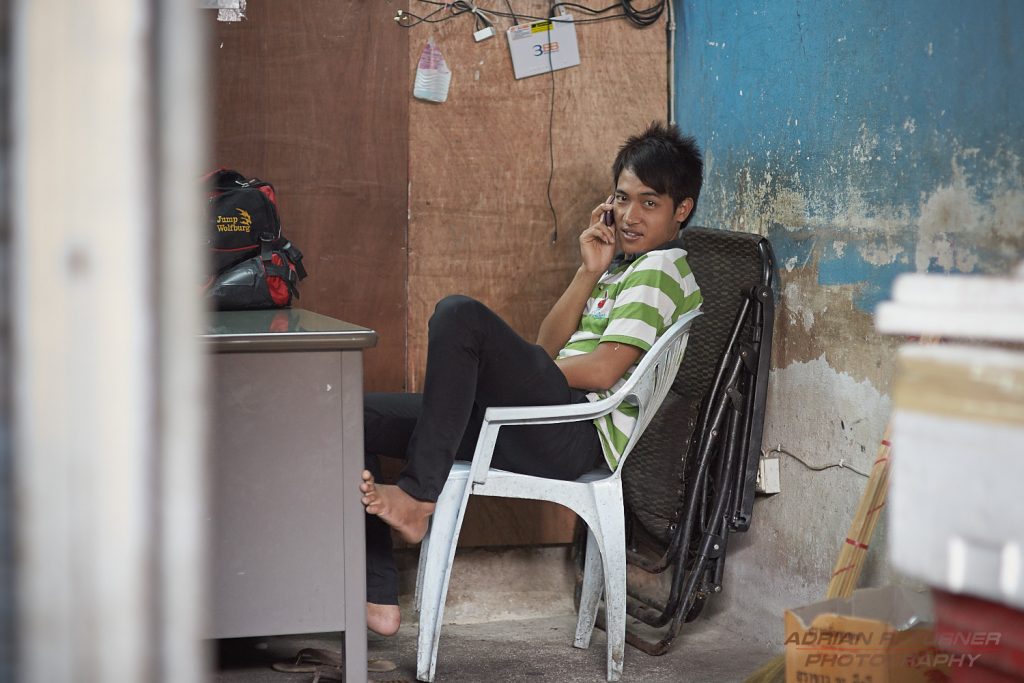 Gradually my photographs have changed from more general street scenes to more intimate street portraits. I generally like the subject to look at the camera, because I like the engagement that results when the viewers eyes meet the subjects. Occasionally people may prefer to pretend to ignore me through shyness or embarrassment, which can give a very natural result. Over time I have realised that what draws me to someone or a scene is a sense of quietness and peace, often in a wider scene of noise and chaos. It is this that creates the sense of a “stolen moment” shared with someone – they are granting me the privilege of capturing a moment with them forever, and allowing the viewer of the resultant photograph to share it with them vicariously. Even in big cities it’s not uncommon that I may be invited to sit and talk, or offered a coffee or a whisky. I have become drawn to these moments of stillness and their sense of intimacy, and hope my photographs can capture a little of the hopes, dreams, loves and fears of the subjects lives in the short moment we have together in their picture. 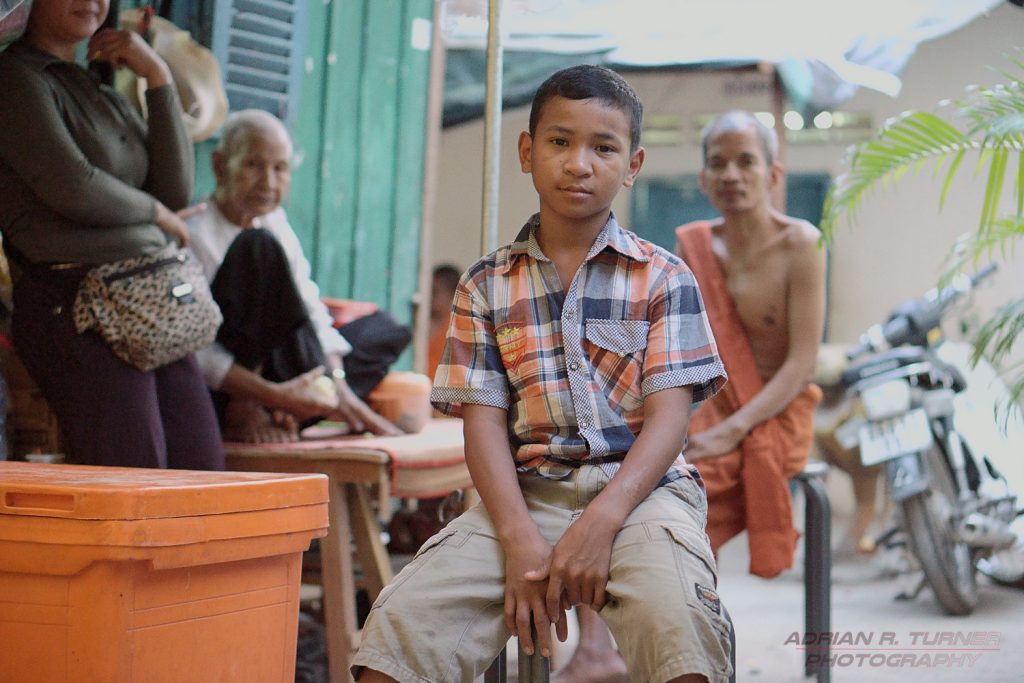 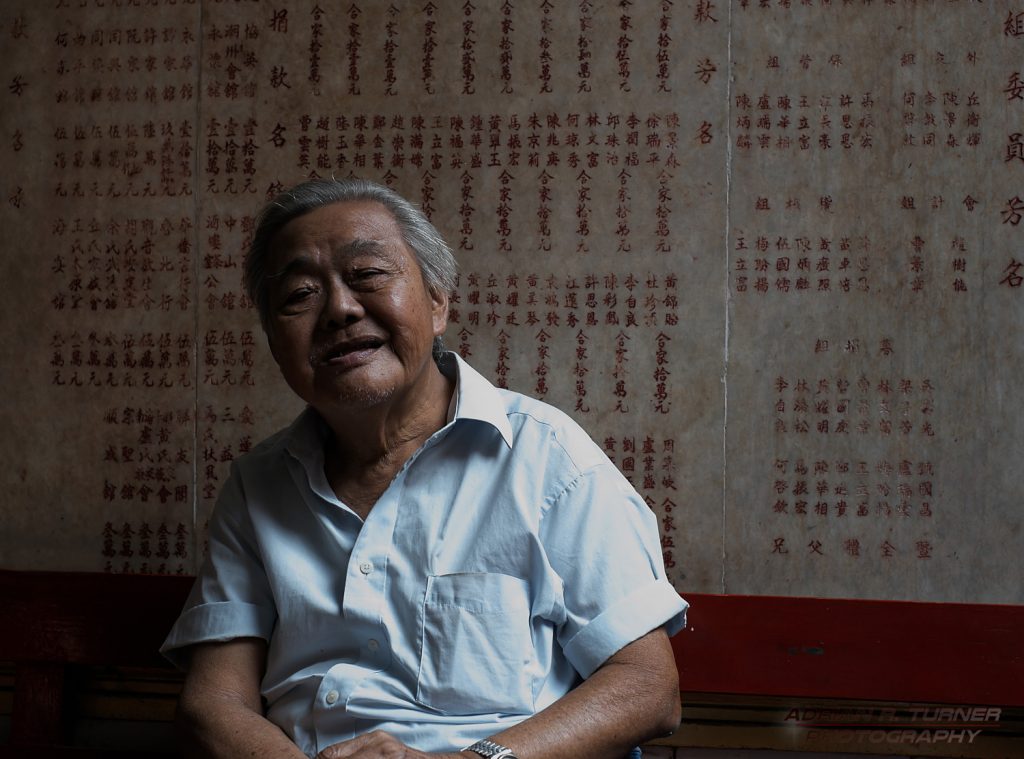 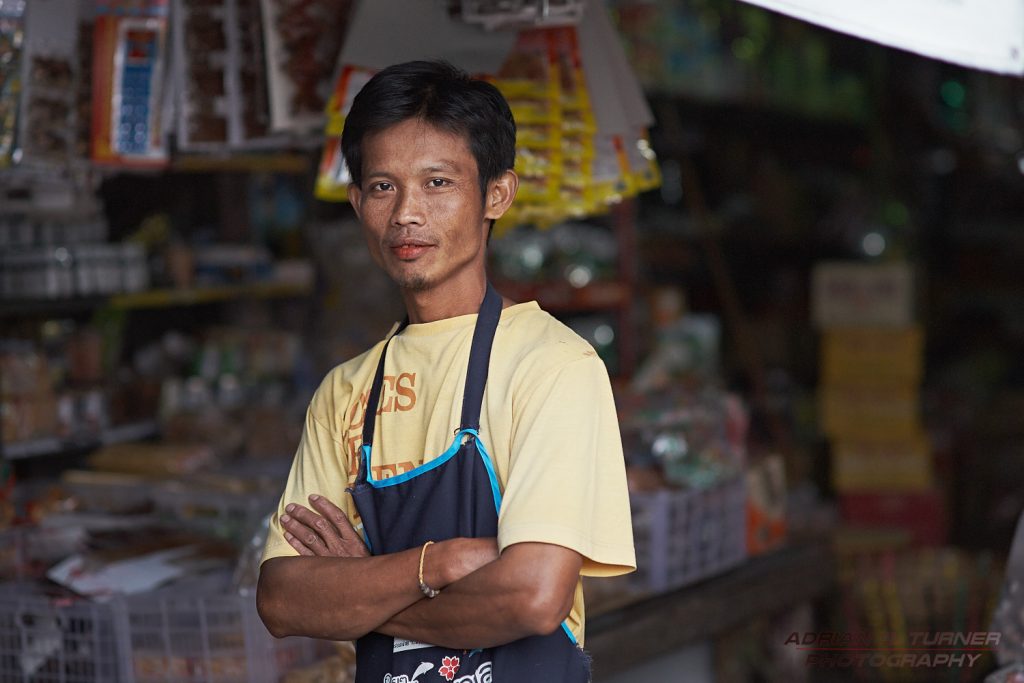 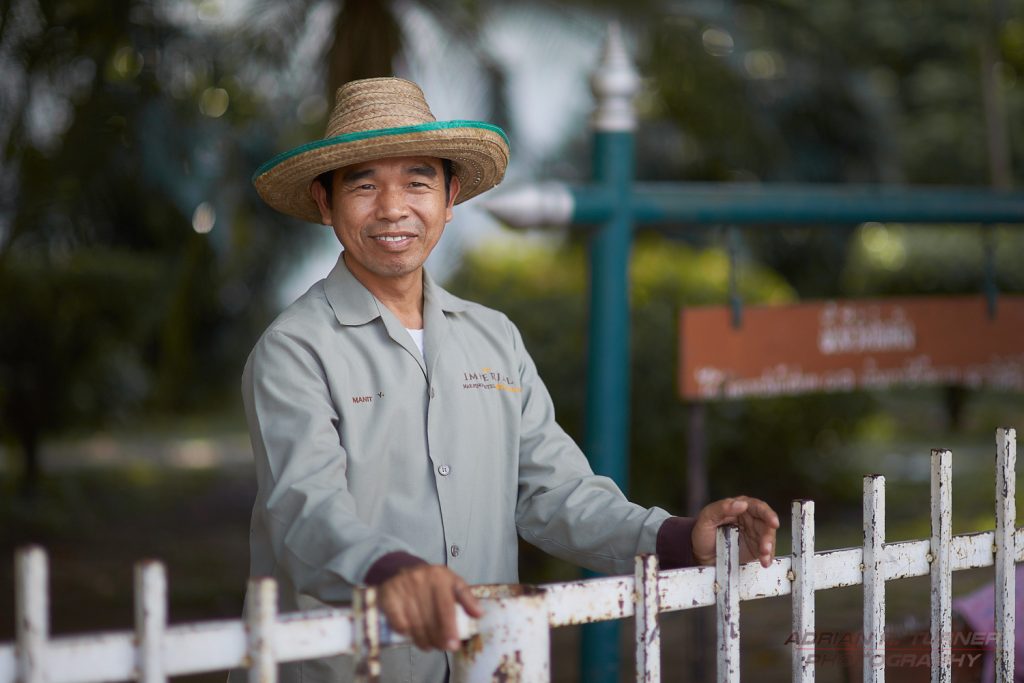 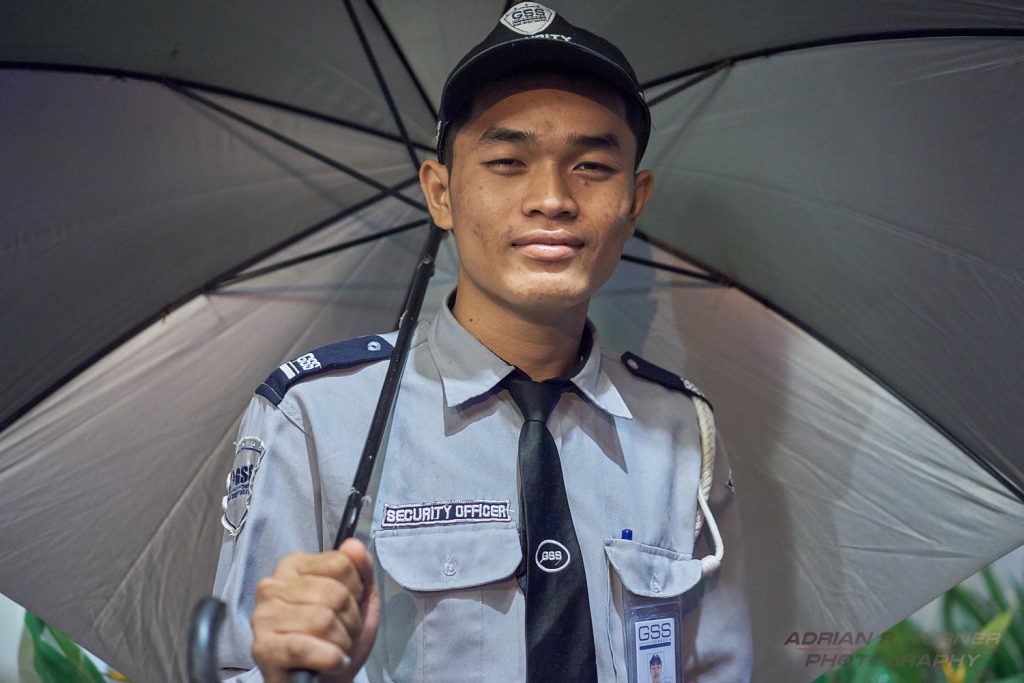 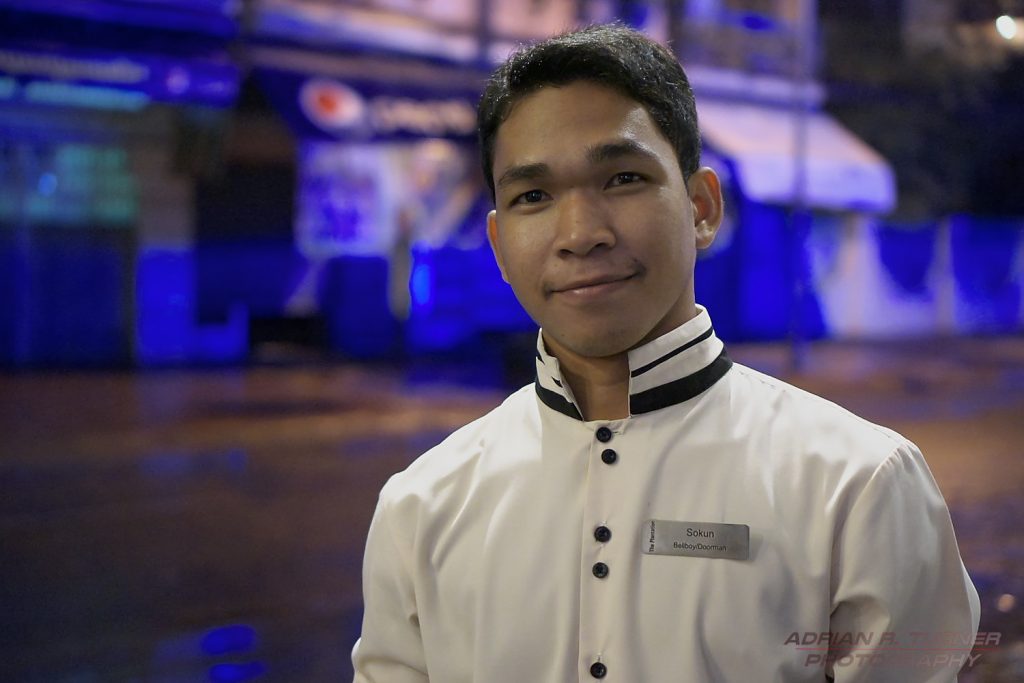 In more recent years I have been using a Sony Alpha A7s camera for available light photography. Its high ISO performance has been revelatory, and l cease to worry about ISO values and have confidence that even in extremely poor light a photograph can be taken well into 5 digit ISO values and still produce a good quality result. A friend who is a professional photographer in Malaysia who shoots with older Canon full frame bodies saw one of my out-of-camera jpegs taken at ISO 12,800 and commented that it looked like ISO 400 on his cameras. The other advantage of the A7s for low light work is that it’s large pixels and weak AA filter mean it can focus using contrast detection off the main sensor down to -4EV. Expressing light in EV values can be difficult to imagine, but to give context a landscape lit by a full moon could be around -3EV. Although the A7s lacks phase detection AF, and may not be the fastest focusing of Sony’s A7 series cameras in good light, it is the one that can focus in very low light. In general it has never let me down. 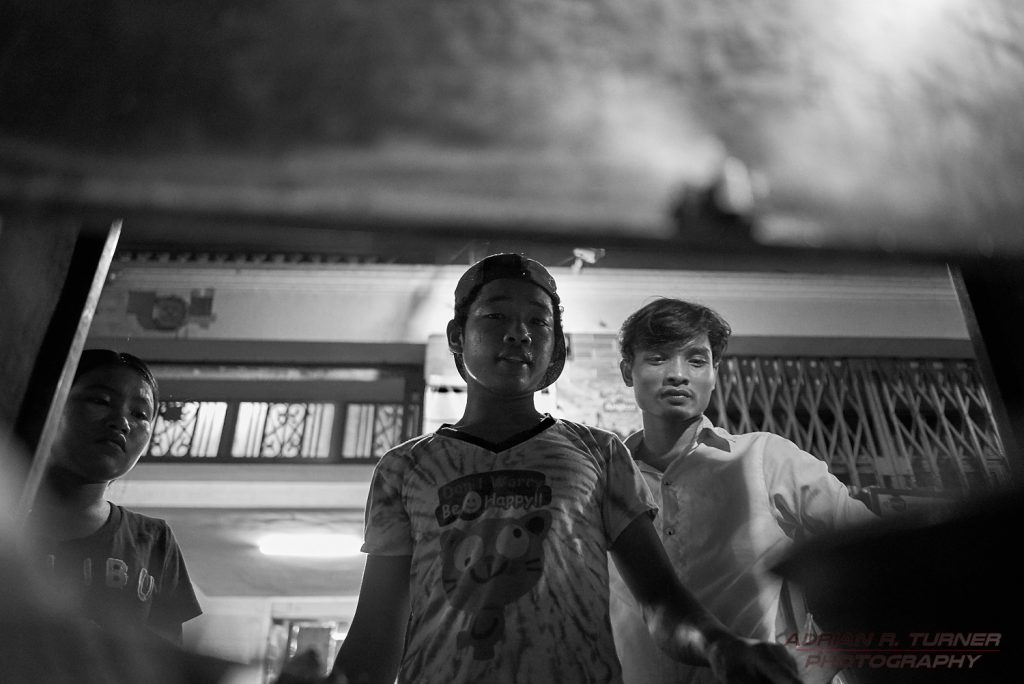 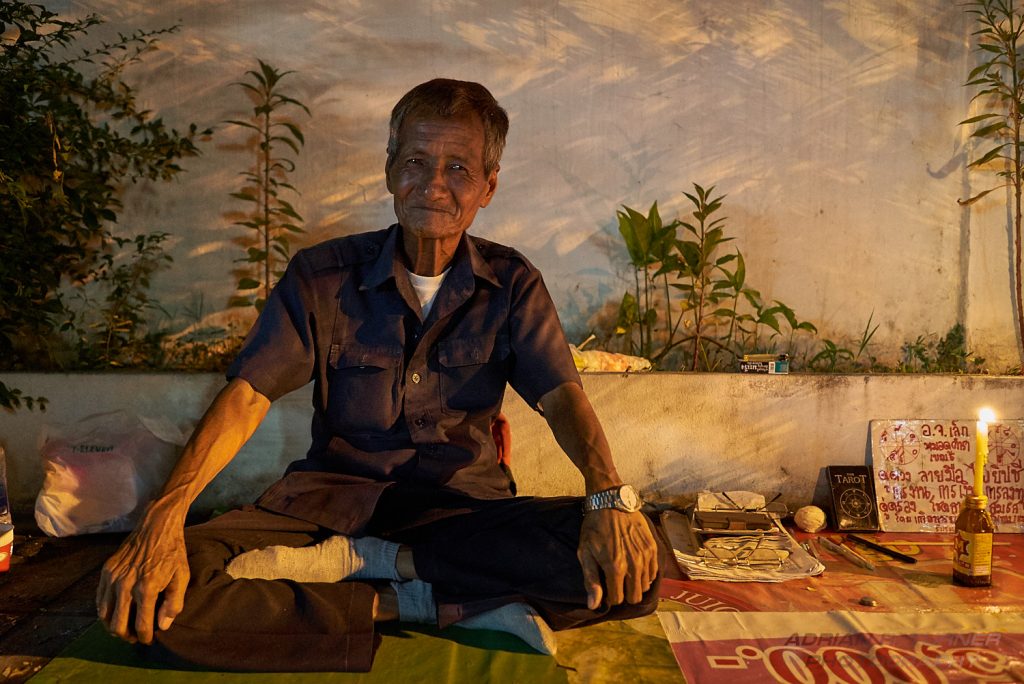 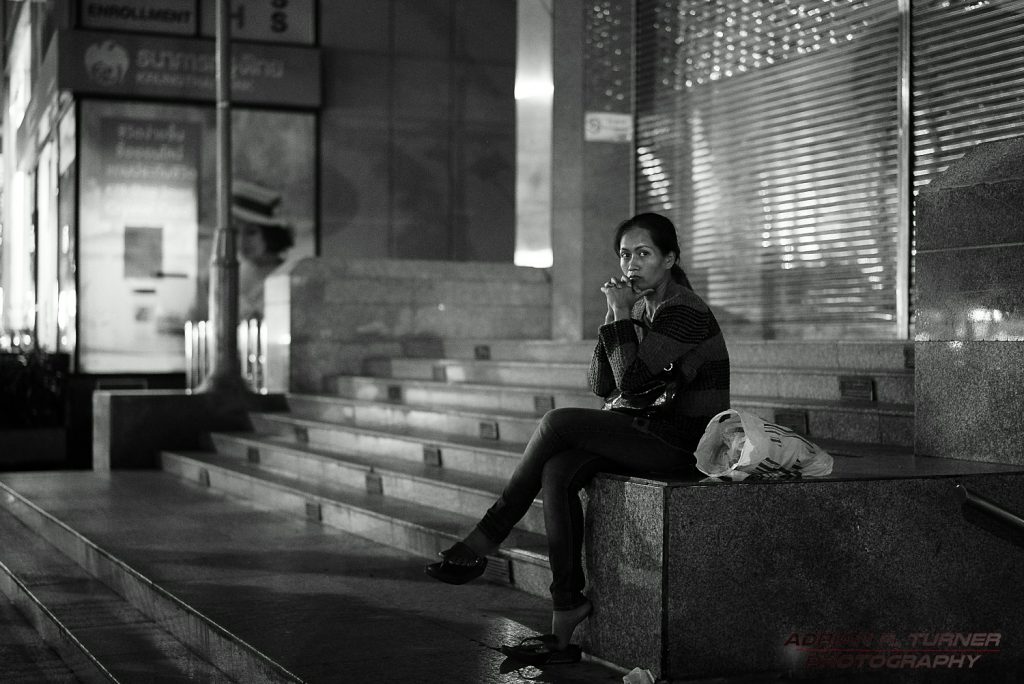 The choice of lens will often depend on the type of street and the environment I am photographing in. On large streets with busy pavements and markets generally I choose a shorter focal length, whereas on quiet small streets I may choose a longer focal length as I can comfortably photograph across the street. “Zooming with your feet” is not always an option as there can often be obstructions, and I don’t favour standing in roads for obvious reasons. I generally use a Sony FE 55mm f1.8 ZA Carl Zeiss Sonnar, or sometimes a Sony FE 35mm f1.4 ZA Carl Zeiss Distagon, or for day time work a short tele prime (either a Carl Zeiss Batis 85mm f1.8 or Sony FE 90mm f2.8 macro G OSS). To fill the frame when using a 35mm focal length, I find I may need to get uncomfortably close to the subject, but it can work well for more “environmental” portraits with a wider scene for some context. Longer focal lengths can be a challenge when photographing on the same side of the street, but the working distances can suit photographing across narrower streets. 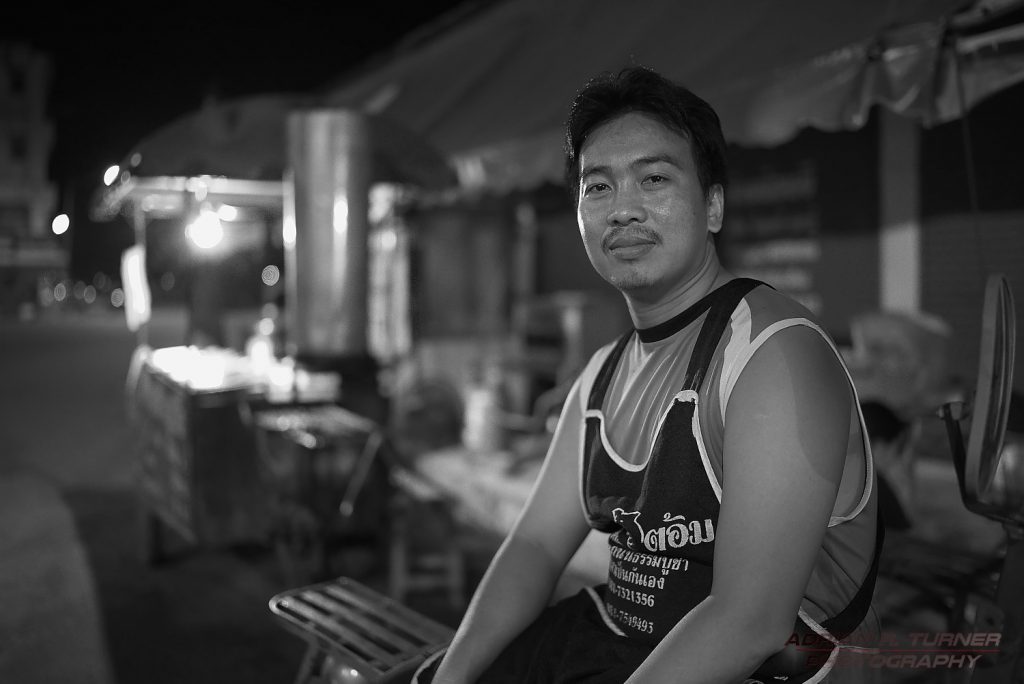 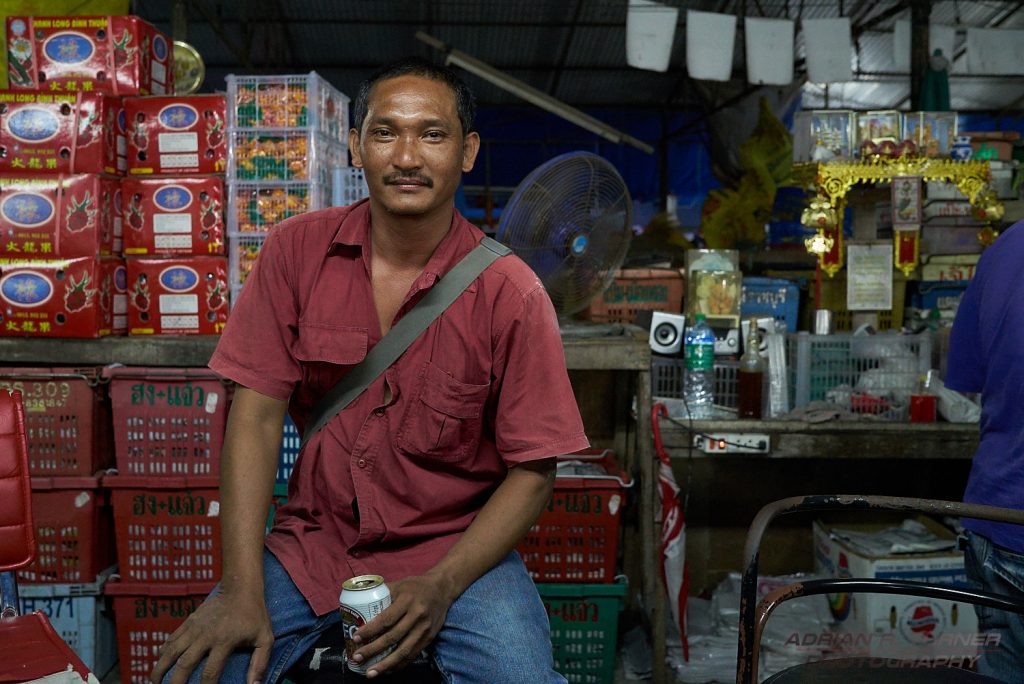 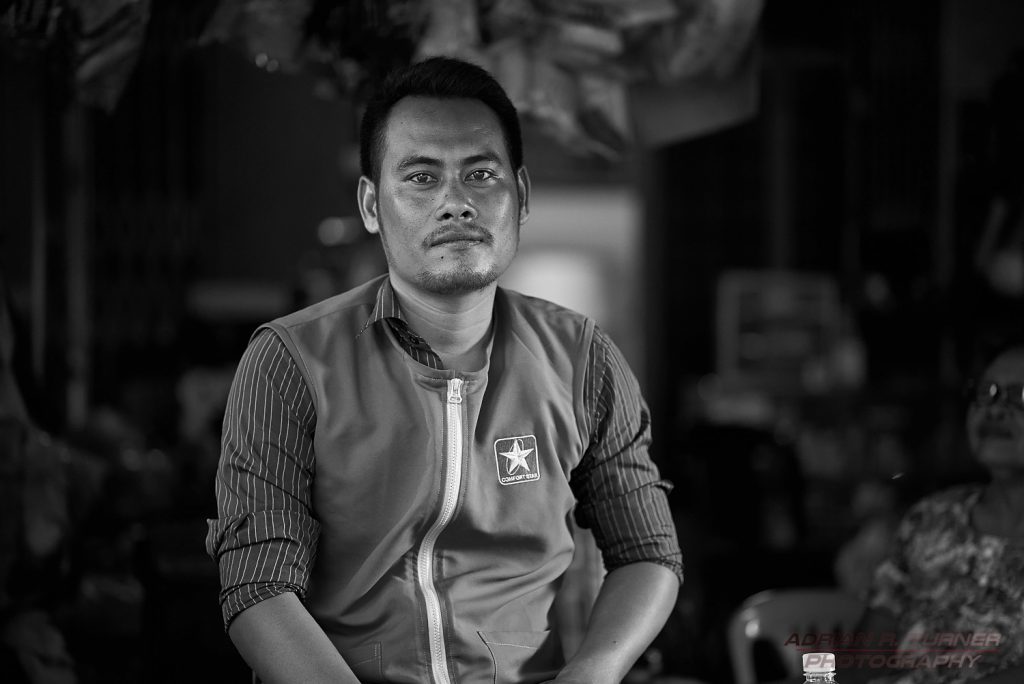 My preference is to photograph quickly so as not to disturb the moment too much, and since I generally use large aperture lenses, reliable auto focus is important to me. I will share a dirty secret which will undoubtedly horrify many of Dear Susan’s more delicate readers – sometimes I use face detection. Having scoffed at such electronic consumer fripperies for some time, I tried it for some more controlled portrait work, and found it a useful tool. Traditionally you would generally use the “focus and recompose” technique, putting the AF point or MF area over the subject to focus and then framing the scene how you want. At large apertures this introduces the risk of focus errors due to parallax and camera movement. Moving the focus point to where you want it isn’t as quick as it could be on the A7 series cameras, and even the smallest AF point may not quite focus exactly where you want it, for example falling on an eyebrow rather than an eye. Face detection isn’t infallible, but often gets it right, and also has the benefit that it will bias exposure for the face. The raw files gives great latitude to adjust exposure with little penalty post capture, provided the original file isn’t badly under exposed.

Many photographers often say they are too shy or afraid to ask strangers if they can take a photograph. It’s difficult for me to give any concrete advice since I often feel the same way. I can’t deny that since I prefer to photograph in south-east Asia, I have the advantage of being an outsider. My Malaysian photographer friend once looked at some of my pictures taken around Kuala Lumpur and commented that he could never take them because he was local. Subconsciously I had recognised this, and I adopt a number of styles on the street, as if this is the first time I have seen any of the wonders before me. The best advice I can give is to approach people with an open, friendly demeanour, and to always be genuine and polite. I believe that the attitude you bring to photographing people in public places, and your reasons and motivations for doing so, will have a huge impact on how you are received and the photographs you are allowed to take.

The photographs in this article were taken between 2011 and 2016 and have been processed to taste using in-camera conversion, Lightroom v4, Silkypix Pro v6-v8, Sony Image Data Converter or Capture One Pro v6-v8. I hope to follow-up this item up with some photo essays from some of the places I have visited.”