Celebrity photographers are probably a bit less visible than they were a year or so back. Then, it was hard to trawl the Web, open a newspaper, or read a book without being confronted by some kind of publicity for some snapper, or other.

They’re still around and my mailbox continues to play host to several of their messages, but the edge has definitely gone. 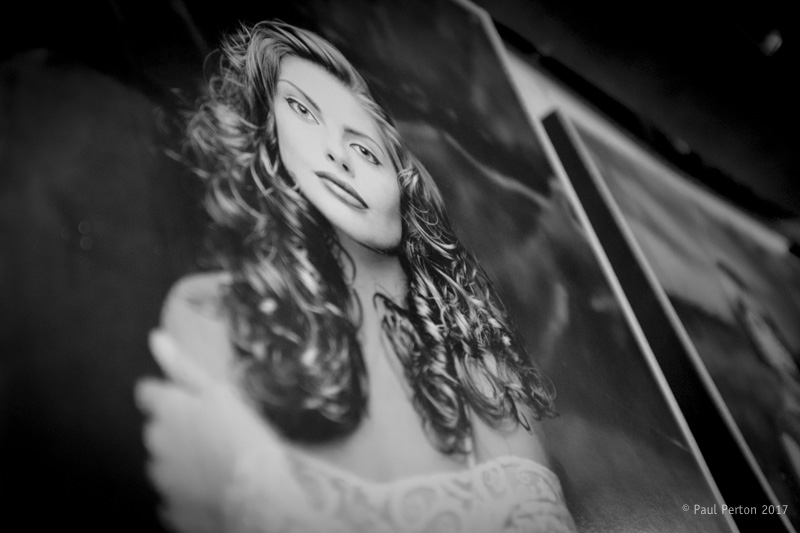 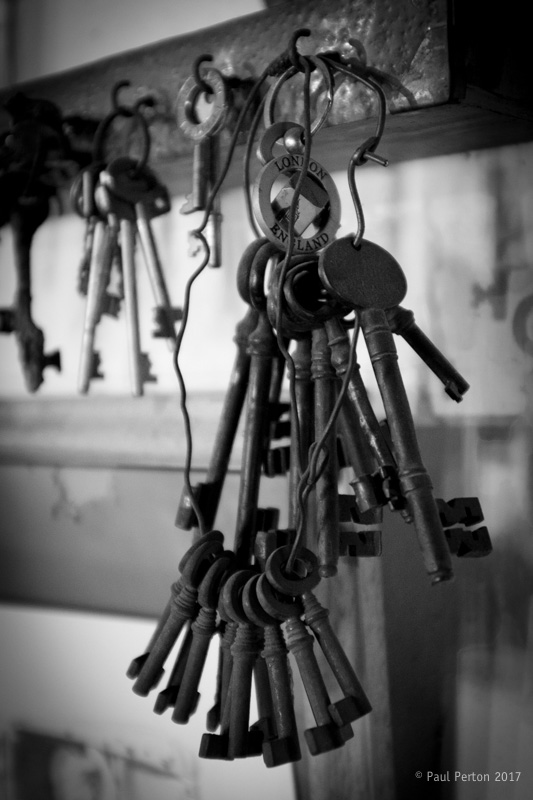 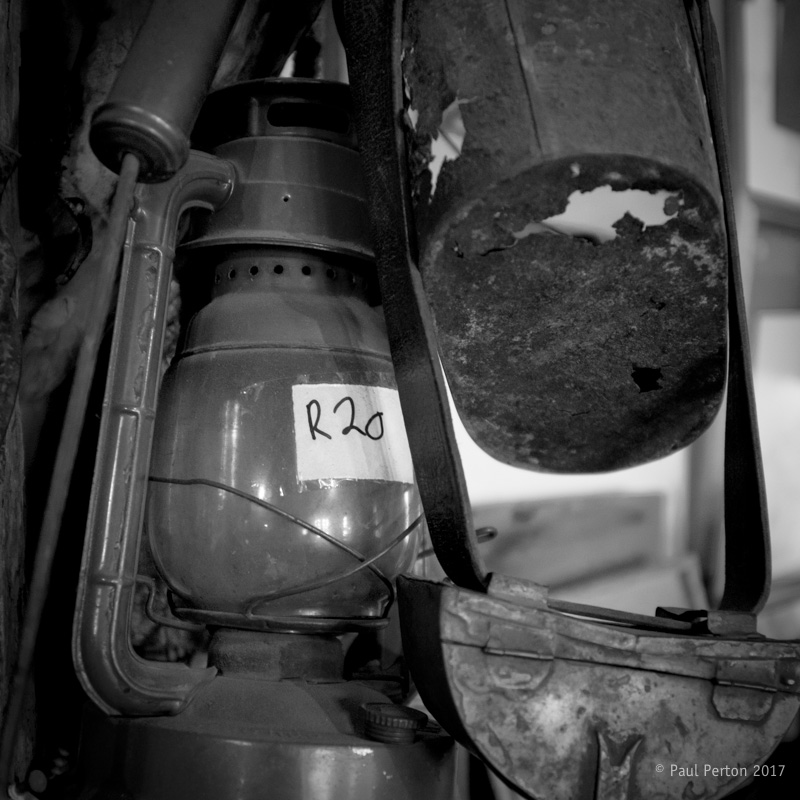 Is that because of the now worrying (to the manufacturers) decline in camera and lens sales? Perhaps it’s over exposure (ouch, sorry), seeing everything everywhere. Maybe we’ve all improved our vision, technique and post processing with state-of-the-art equipment that has made top flight photography available to everyone.

I don’t have an answer to that. I look at what interests me and ignore the rest – of which there seems to be lots.

So, given my (almost) life-long interest in steam railways, you won’t be surprised to discover that I spend quite a lot of time here. 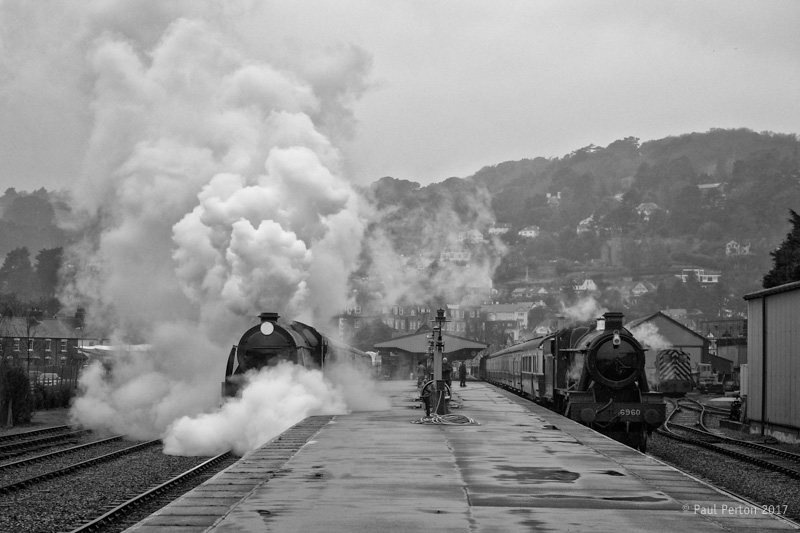 I’ve read and re-read the site, always chafing for more – especially during our long winter afternoons when weather and idleness keep me inside and I need something to interest me and at the same time, remind me at turns, just how good and awful those childhood days could be.

David has added lots of pages in recent times, each dedicated to a specific topic and delightfully for us, most of them are railway photographers.

I can’t recommend it highly enough as a site of historic importance. Some of the photographs are poor, but given the time they were shot, that shouldn’t be a surprise. Some are truly wonderful, full of life, interest and history.

If you’re planning to visit, make sure you have at least a full afternoon to lose.

On a similar topic, I spotted Football: the golden age on Amazon a couple of years ago. A surprise really, because I’ve never enjoyed the game, played at school under sufferance and haven’t been to a match since my father took me to see Fulham lose to Bolton Wanderers sometime late in the 1950s. 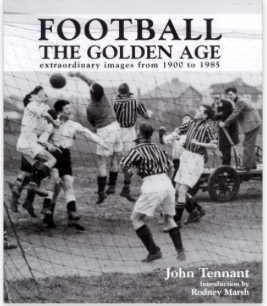 Amazon describes the book (a bit breathlessly) thus: Featuring extraordinary images from 1900-1985, “Football The Golden Age” is a unique collection of over 275 star-quality images from football’s golden age in a lavishly illustrated history and celebration of a long and rich period for Britain’s favourite sport. The range of the photographs collected here – the players, the grounds, the fans and the bizarre – is truly remarkable. And between them, these images articulate all of the emotions, from agony to ecstasy, that football is capable of producing. Guaranteed to inspire feelings of pride and nostalgia in any football fan.

Well, I’d go along with most of that, but add that it is the most extraordinary collection of photographs, many taken by absolute nobodies. A visual collection that I found absolutely spellbinding as a reminder of a different time.

I bought the softback book, which seems to be out of print, but notice that Amazon is listing the hardback for as little as 1p. I’d go grab a copy PDQ if I were you. 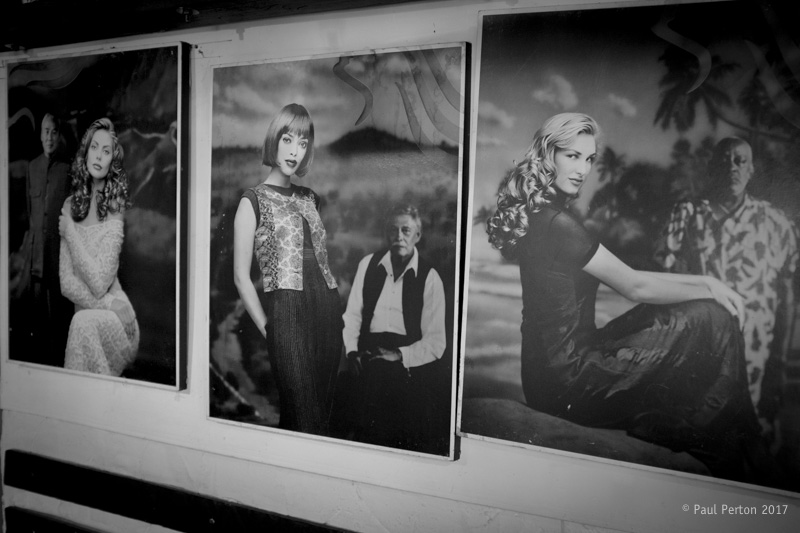 Bloody buggering bollocky bags. I’m now down three batteries. Two for the X-Pros and the most recent for my X100T.

You know the gig; prep, pack cameras, lenses, SD cards and drop a couple of batteries into a handy camera bag pocket and off you go.

Well, that was me too. Except that I never recovered any of them, it’s as though they simply vapourised. Those for the X-Pros sometime in the middle of last year, the X100 spare quite recently, as I recall. I’ve since replaced the former, the latter is still in the wind.

And, I just know that you have as many (maybe more) camera bags than me and are already well familiar with opening every tiny compartment seeking the elusive and expensive to replace cells.

Wanting the security of a spare for the X100 for my run into Cape Town last Friday, I once again hauled out every single bag and rifled through every compartment, every pocket, every tuck, fold and corner. In one of my (several) ThinkTanks, the tiny compartment under the carrying handle revealed two almost brand new Fuji batteries – the (very) long lost pair for the X-Pros, since replaced. I now have a total of eight. Most times, I use less than two.

And, I suppose that was a win, but the X100 unit, in it’s Pacamac-like white plastic sleeve continues to elude me. It’ll turn up, but not I suspect, any time soon. 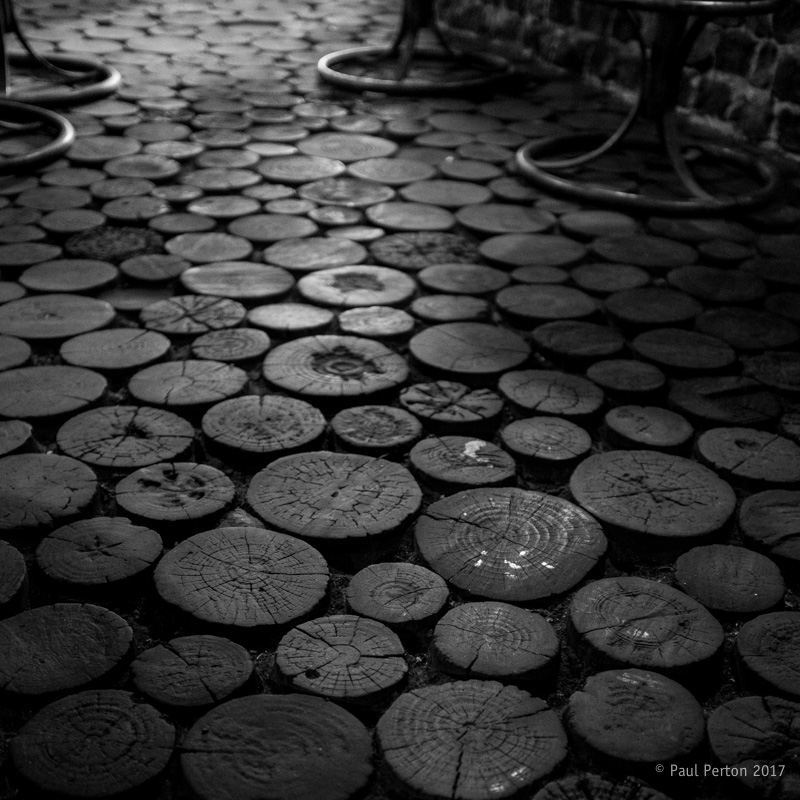 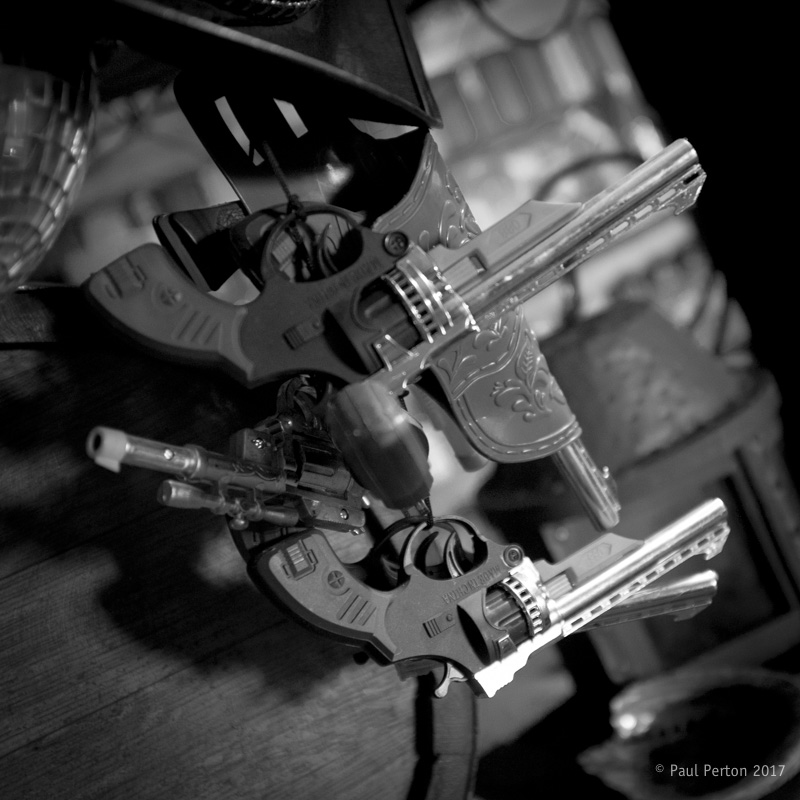 Meanwhile, DigLloyd (Lloyd Chambers) is having a Nikon moment with his new GFX50s as it seems to be marooned in Continuous Shooting mode, with no exit in sight.

At theme of writing, Fuji has yet to offer advice, which is a pity because one of the Susans is waiting for positive news of available stock, credit card in-hand. He’d rather remain anonymous at the moment and I wouldn’t want to be the one to tell Pascal to wait a few weeks to let the initial creases shake out.

Meantimes, DS regular Bob Hamilton has had his hands on an X1D, with initially poor then increasingly gratifying results. More of that shortly.

To say the new medium format battle will be fought between these two established (but industry-small) names goes without saying. Canon, Nikon and Sony have done little more than make MF noises to date and my guess would be that they will opt to stick to 24×36 and simply push up the pixel density, claiming to out-quality deliver against MF even from a significantly smaller sensor.

We’ll see. In the interim, the Fuji/Hasselblad race is on and it’s likely to become an increasingly contested sector as market share elsewhere in the industry continues to dry up. 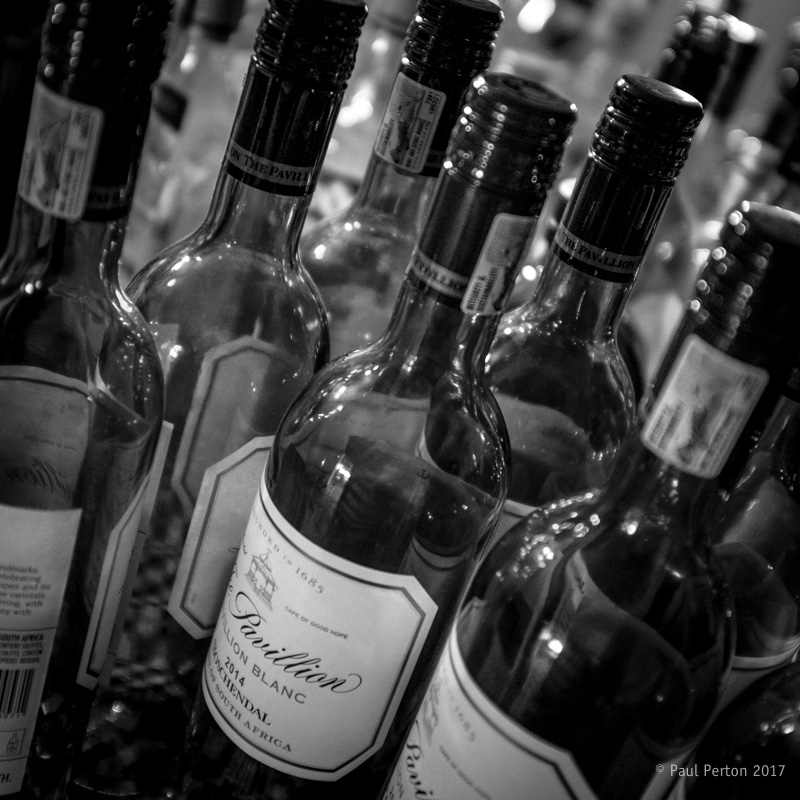 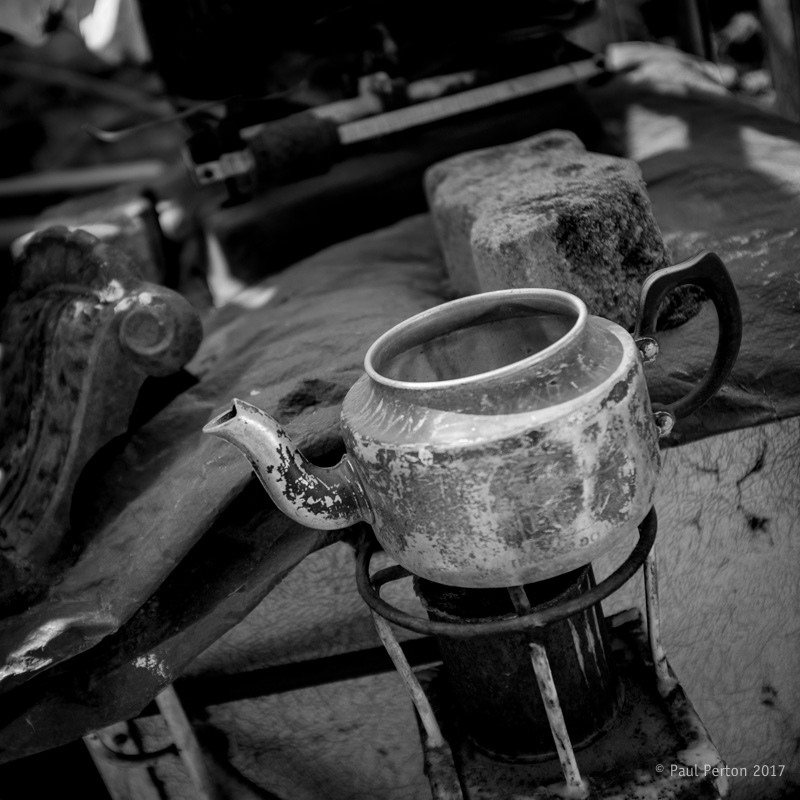 Today’s pictures were taken in a nearby German/Namibian hostelry one afternoon late last year. Known for beer, great schnitzels and eisbein, Im Eimer (In the Bucket) is a worthwhile stop if you’re in the area of Sir Lowry’s Pass on South Africa’s N2 – our major road artery up the east coast. All shot with the Fuji X100T.

Previous Post #565. On Digital Sharecropping and Cloud Photo Prisons Next Post #567. Leica M10 review: A first Opportunity to Get a Second Impression