#547. The Beauty of Apple Photos. Maybe I should explain.

This is not, strictly speaking, a formal review of Apple Photos, the free MacOs photo-cataloging, photo-editing application. More of an unrant (a rant is what you complain about something, an unrant is when you compliment, but in an equally subjective and biased manner).

And if you think about it, much of what is written here applies to the whole Mac universe.

It’s kind of funny to be promoting Macs when they’ve bored or repelled me all those years. I always knew there was something special about them, and many of my turncoat friends told me they would never go back. But the closed-wall environment was not for me, and much of the strong points felt gimmicky.

It’s also funny to be promoting Macs when most of the Mac community has elected to shun the new MacBook Pro releases. Yet, it’s hard to think of a more pleasant environment in which to be editing and viewing photographs. And I’ve seen … a lot. Note the use of ‘pleasant’ rather than ‘best’. So many people get hooked up on specs and reports from men in white blouses that never see the light of day … Forgive me for taking the hedonistic road to my hobby.

This, then, is all about why I’m happy to have made the switch to this hipster environment of photo editing.

A confusing name to use for a reviewer, really. In the following, the upper case denotes the app, the lower case refers to actual pictures. Onwards?

For those who’ve never used the app, the photograph above constitutes a whole review. That really is all of it.

A photo (lower case) on the left, a set of sliders on the right.

So, what’s all the fuss about ?

Simplicity is the hardest thing to do well. And some apps in the MacOS environment drive me bonkers. Finder, for example, seems designed for numb nuts. But Photos (upper case) ? No sir. 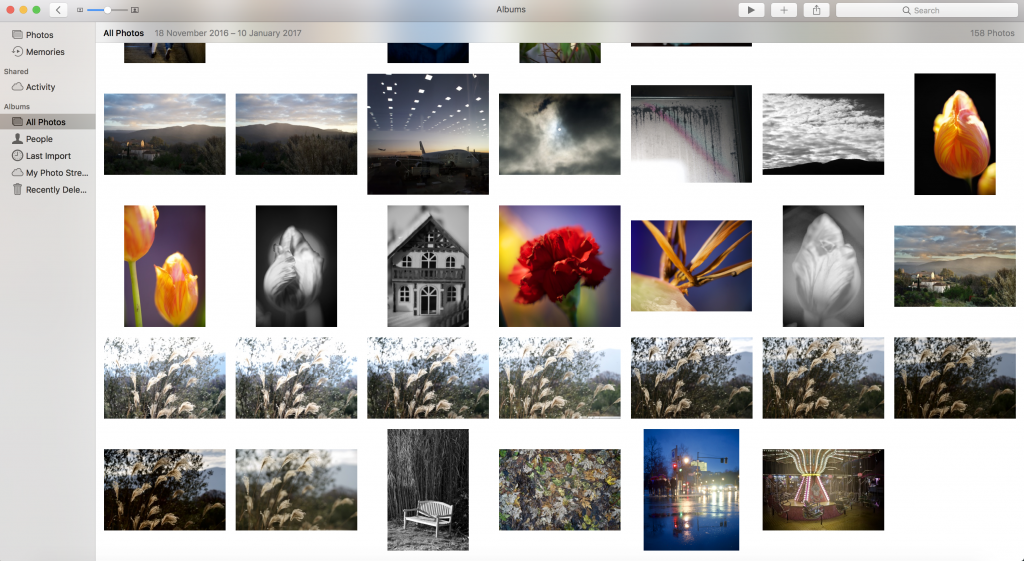 Above is the catalog mode. There are other fancy features that bundle images with close timestamps into memory albums. Let’s ignore that. Double click an image in the catalog and it opens up. Click Edit and the first view, above, appears with a range available adjustment.

Global adjustments only. By default, Light, Colour and Black & White. The Add menu, at top, can supplement these with Sharpen, Definition, Noise Reduction, Vignette, White Balance and Levels.

Simple, uncluttered but not dumbed down. The app is as easy to use as Instagram or any other app with presets. However, the difference with these is this: the range of editing the sliders give access to is huge and under your control. Some, like the Brilliance slider in the Light section, depart from the traditional darkroom controls (exposure, contrast …) and provide really interesting alternatives to them.

And the real kickers are the very first sliders in each section.  Each of these acts on all the others in the section to provide a wide range of “presets”, from which you can fine tune by acting on the individual sliders in the section. Thing is, though, these “preset” sliders are really “consistent”. Unlike saturation or other controls that can soon look overcooked, these maintain photographic consistence throughout their range. Unlike some products from other manufacturers, it’s pretty clear real photographers had their say in the development of this clever application. 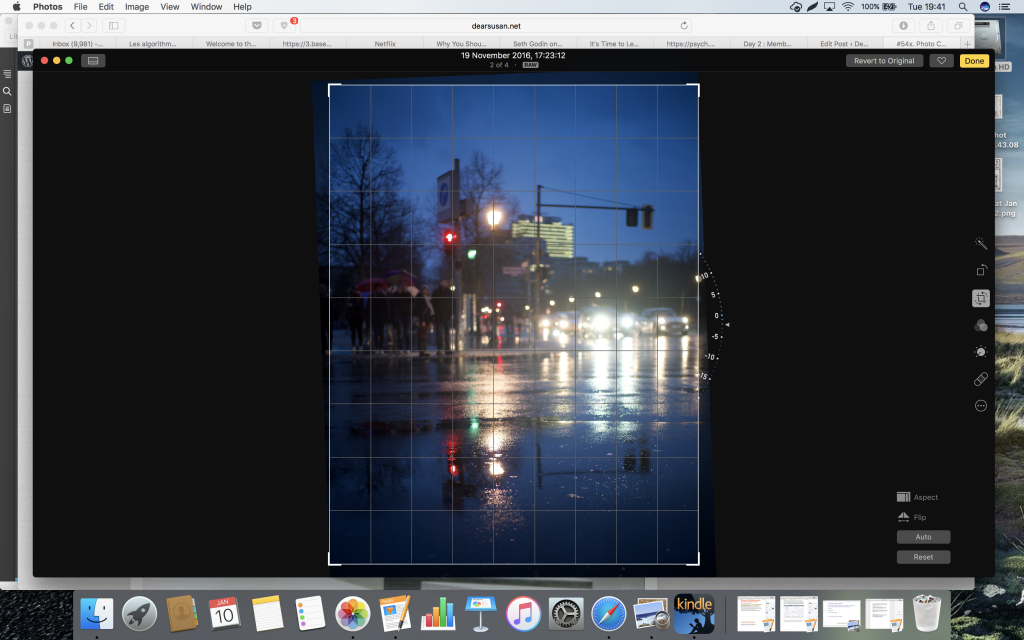 Beyond these, you’ll find the usual crop (beautifully executed) and retouching (cloning) tools as well as a set of Instagram-like filters that really serve no purpose given how easy it is to create your own editing.

To sum all this up, I’ll just say that the global adjustments offered by this simple set of controls very rarely leaves me wanting for local tools. Which is saying a lot. That’s both a huge time saver and a guarantee for natural looking images. 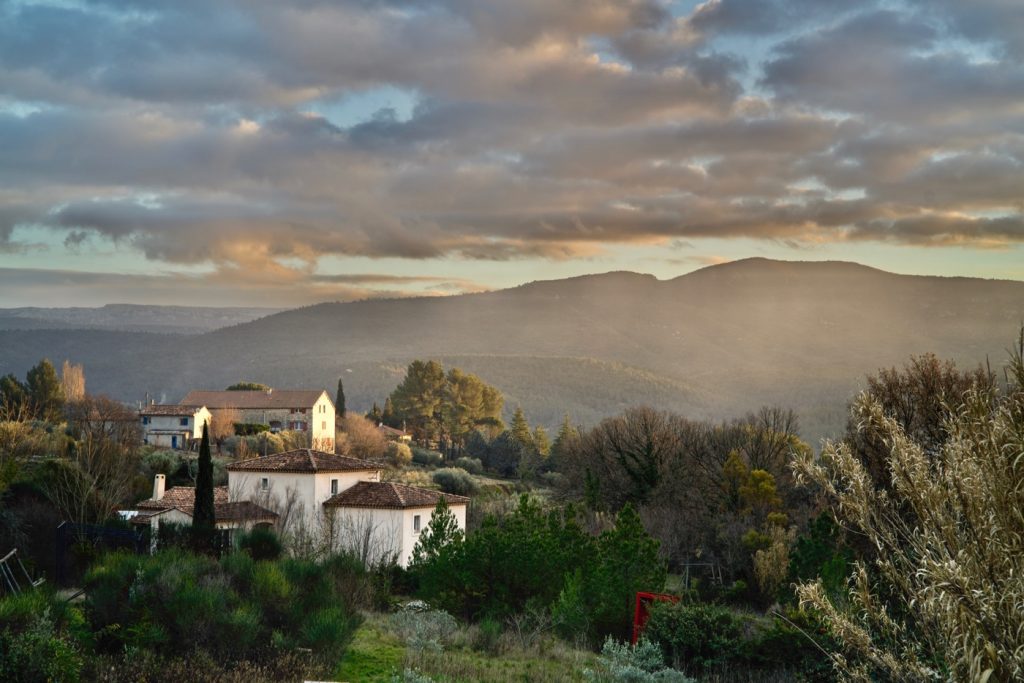 If something goes overboard in Photos, Luminar can be called up in a couple of clicks. If some special local wizardry is needed, ditto, Luminar to the rescue. Above is a photograph with a dose of Luminar magic added to it. It has more mood than the one shown inside Photos (top of the page), but also looks less natural.

And natural is how I’d qualify Photos. Brilliantly simple and natural. Of course, Luminar (and Tonality, more on which later) builds on this.

To give you an idea, here is a photograph processed in Lightroom, Capture One and Photos. My main worry with the Apple environment was the quality of its RAW processor. But, to my eyes, the Photos rendition is the best of the three here. That’s not to say Photos is systematically superior to the two others, but it’s at least in the same ballpark. Good. 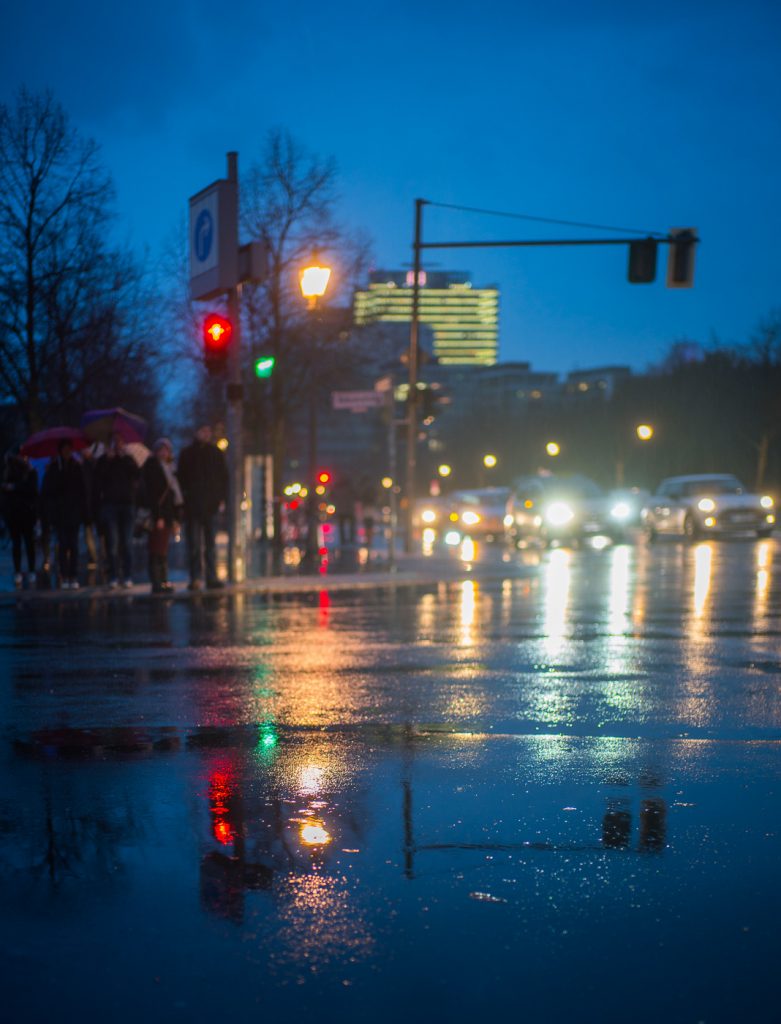 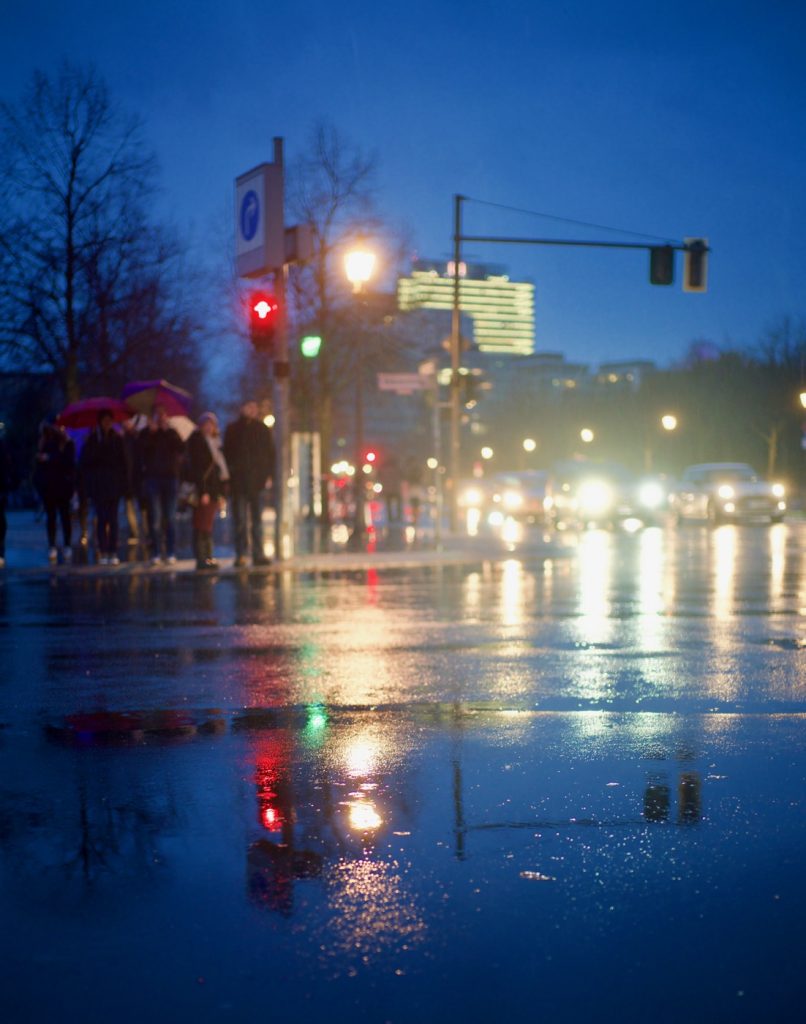 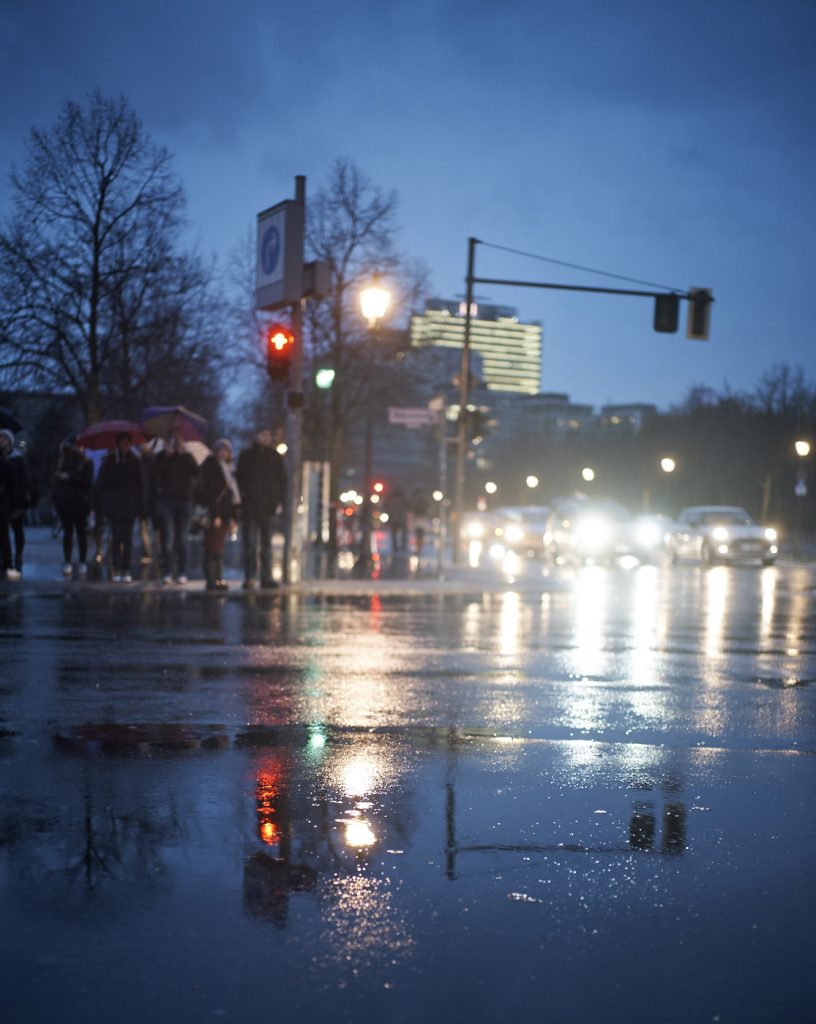 Processed in Capture One

Let me end with a few more photographs processed in Photos. With Lightroom I’ve always struggled to make this sort of drab image pop without looking unnatural.

And here, it was belting down with rain. It’s safe to say the gloomy atmosphere and vapour in the air are very well rendered here. 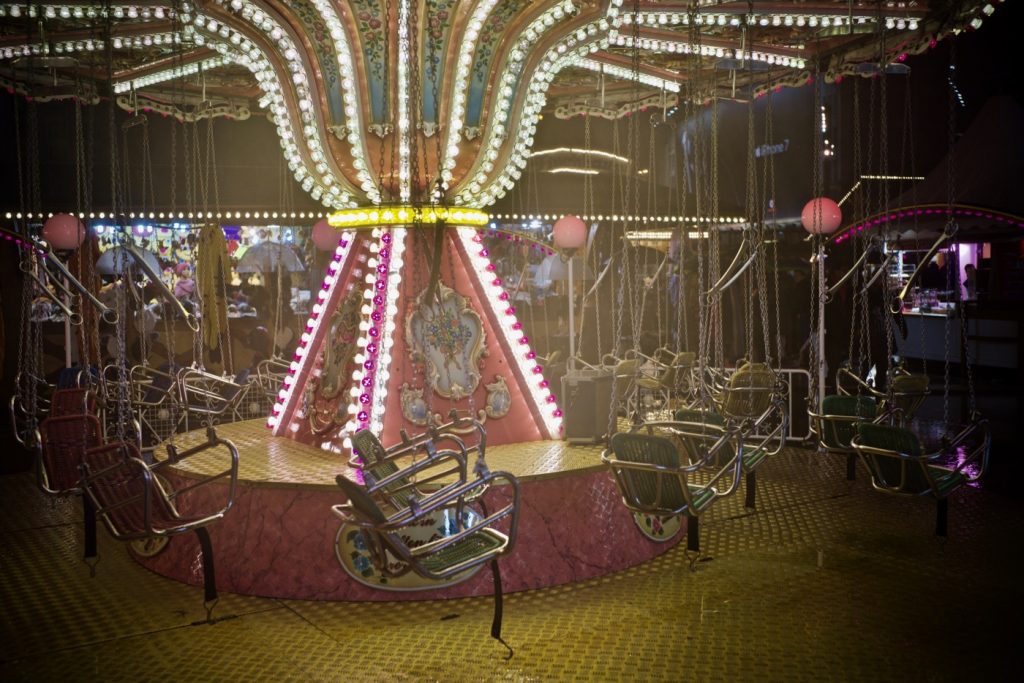 Photos isn’t without its issues. There are some minor bugs such as weird black streaks on some pics (see on first image) and broken thumbnails. But, all in all it’s a very satisfying piece of kit. Many of the free apps on the Mac are pleasantly simple and rewarding like this. 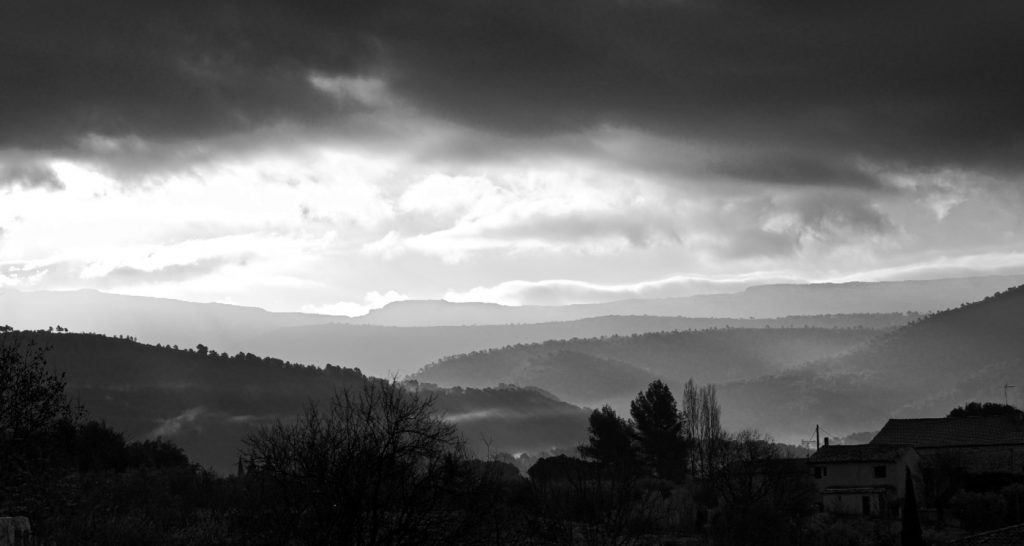 Some photographers love doing their processing in-camera, using inbuilt filters. Others enjoy assembling super elaborate contraptions, using 6 or 7 pieces of software to build their workflow. To me, Photos is the Goldilocks of photo editing environment. It’s brought back a lot of the fun and enthusiasm that my previous kit was slowly killing off. Goodie.