Composition makes 80% of a photograph, in my very biased book.

Because the two are so intimately related, that only adds to 100%. Leaving very little room for gear and other useless stuff.

So, here goes the usual argument promoting the Rule of Thirds to the masses: “Centering your subject is boring. If you draw a 3×3 grid on your photographs and place the important subjects on the intersections, you’ll create a more interesting photograph.”

Mr Mouse firmly disagrees, placing the most obvious evidence of his dissidence at 1/2 the height and 3/4 right. 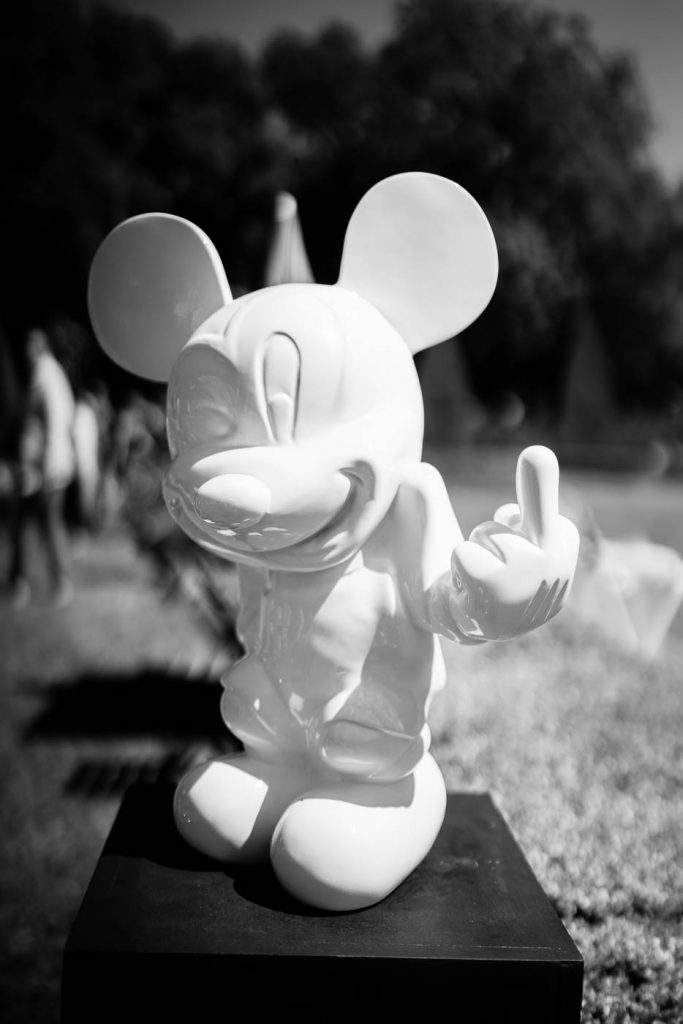 But let’s analyse this in a little less cartoonish manner.

Even thought the rule of thirds is more of a composition for dummies suggestion than a masterclass insight, there is a fair bit of truth in it. See the great photograph by Paul Perton, below. The middle of the gorgeous woman’s body is more or less on the 1/3 down – 1/3 left position. It also happens that it is a white / dark split and that the light accentuates her fab figure. So, definitely a strong draw in a strong position. 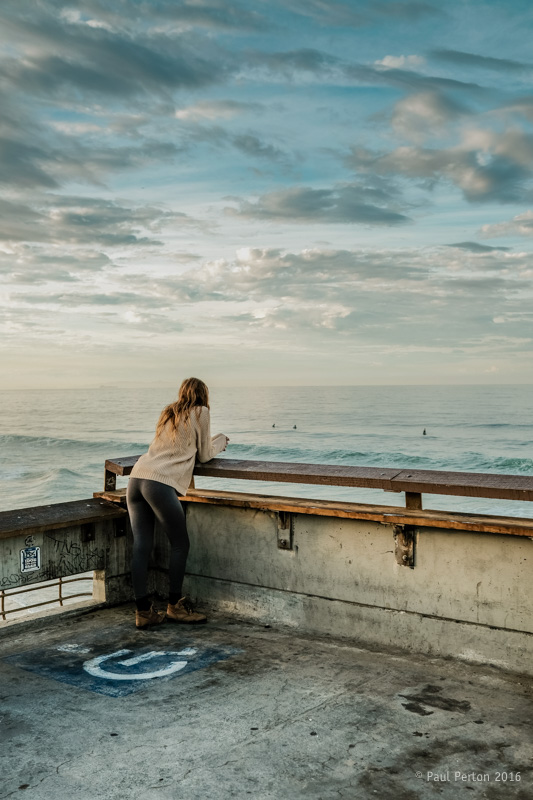 And this more spiritual take on a night trail under the stars more or less follows the same dogma. This time 1/3 top – 1/3 left.

Top of the hill, Provence, last minutes of 2016

Erik, here, occupies the same spot as the surfer lady, higher up a vertical frame.

And this bear in Berlin has eyes at the same position and a paw at 2/3 from left – 2/3 from bottom.

One thing all these photographs have in common is that they feel stable. But what if you don’t want stable, but movement ? As in going, going, gone …

What if you want to convey a mood that’s unbalanced ? See above and below, for example.

And, most importantly, what if you do not want your photograph to be about one thing but about a much more interesting interaction between many?

Now, I’m too lazy to look up an official definition so mine will have to do for the purposes of this post.

To me, composition is the art of arranging the parts of a photographs so as to convey the mood and story you want most efficiently.

Take this mountain (below). It dominates my horizon, sitting 1000 feet above my window. By placing it at the bottom of the frame and shrouded in clouds, I make it look as though I’m higher than it, approaching in a plane, possibly.

Conversely, the little plane above the A380’s cockpit, above, is placed close enough to the edge to make it look like it’s going to leave the frame entirely. Which it did (grin). 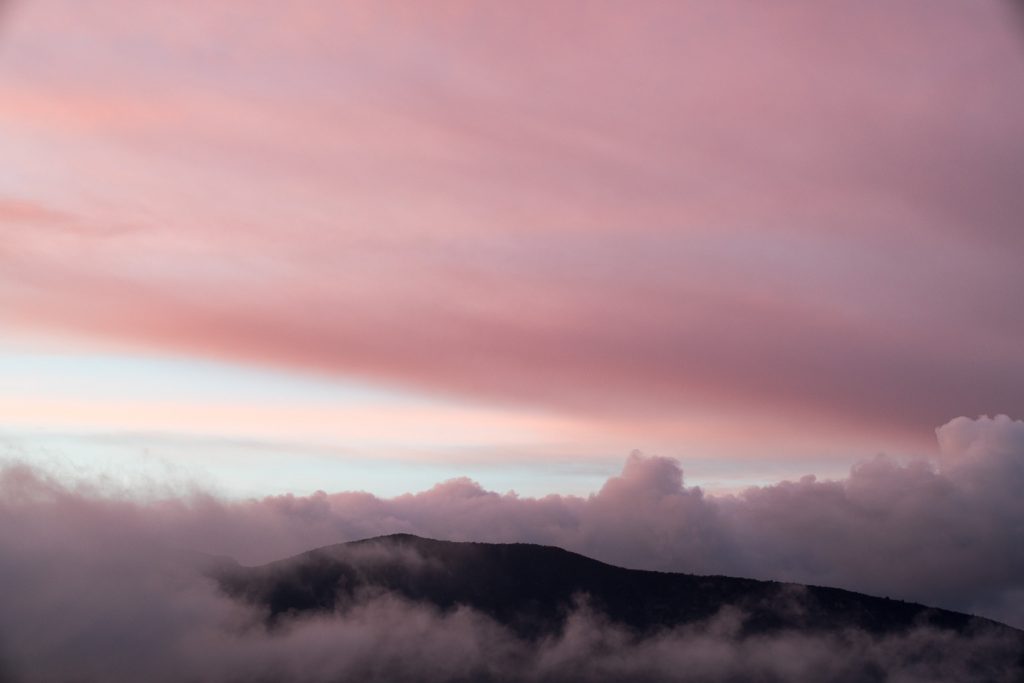 Much of composition’s success has to do with the relationship between visual forces.

Place a subject dead center of a rectangle (or, better, square) and the photograph is all about the subject. And identity photograph follows that rule. A circular tondo even more so. 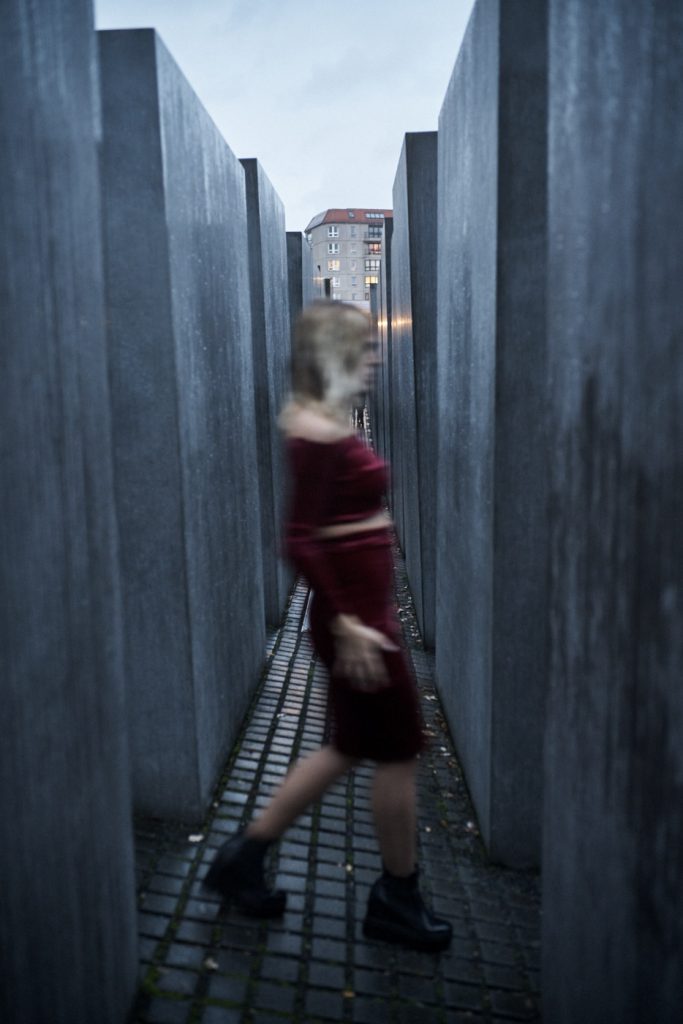 And there’s nothing wrong with that. The result is balanced and meaningful. A fashion shoot at night in a holocaust monument is a surprising enough topic to stand alone in a photograph.

The subject can also dominate the frame completely and still create a sense of meaning and balance. There’s no center of attention in this forest. The eye just roams through the trees because of the depth, details, textures, variety, ambiance …

But add a second element of interest and immediately, your focus shift from the subjects to the relationship between the subjects. The photo above would be completely different with a red parrot in the green vegetation on the right. And the one below would be a random postcard without the lady at bottom left (who, by the way, was hauling a huge film 6×7 at sparrowfart, total respect). 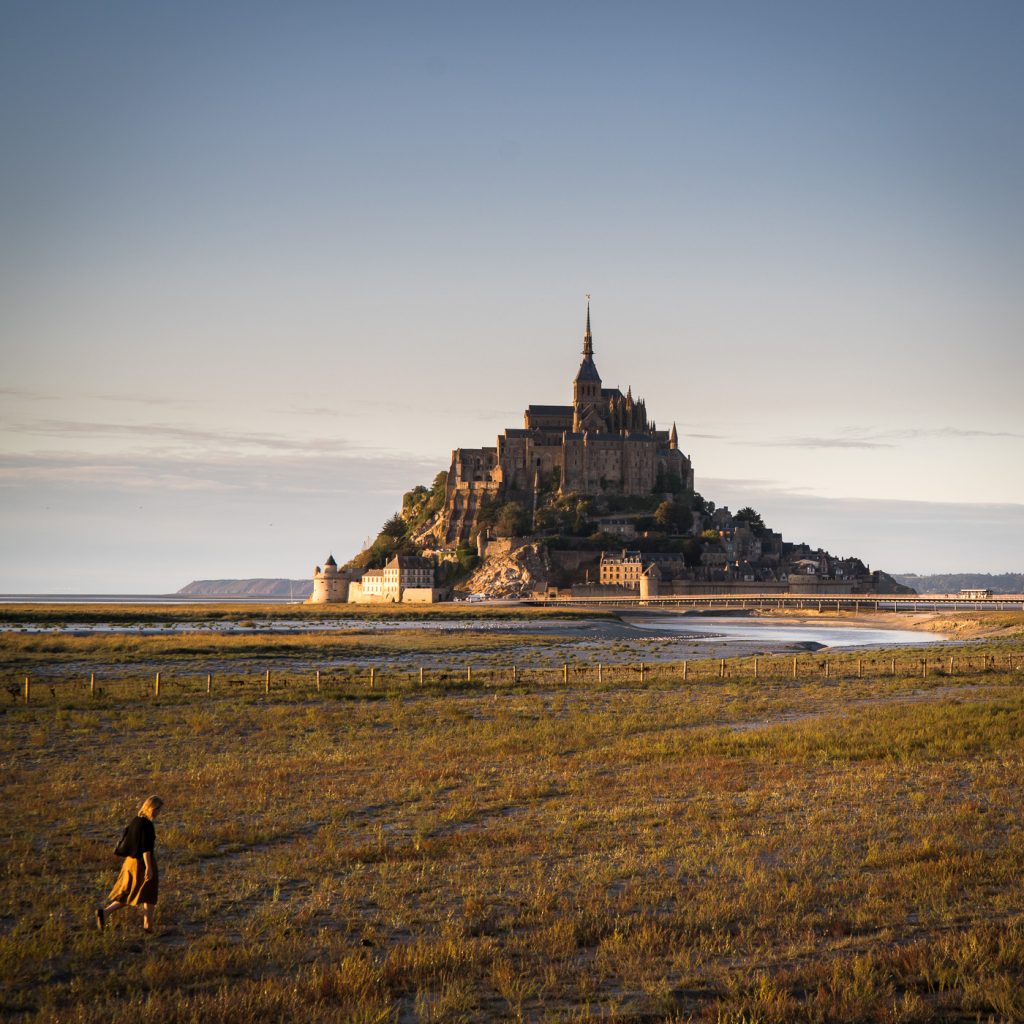 See also the pretty lady and tiny surfers, the cross and trees, in relation with the Orion Nebula in the background, …

So where does the rule of thirds fit in?

In a photographic world dominated by the pesky  3:2 format, the rule of thirds provides 4 easy points at which to anchor dominating elements of the frame.

It more or less guarantees uniform attention between the elements placed at these points, if they are of equal visual weight. If they are not, or if the frame format isn’t 3:2, adapt placement for a balanced feel (the falcon – man – cat triangle, below, more or less follows the rule of thirds). 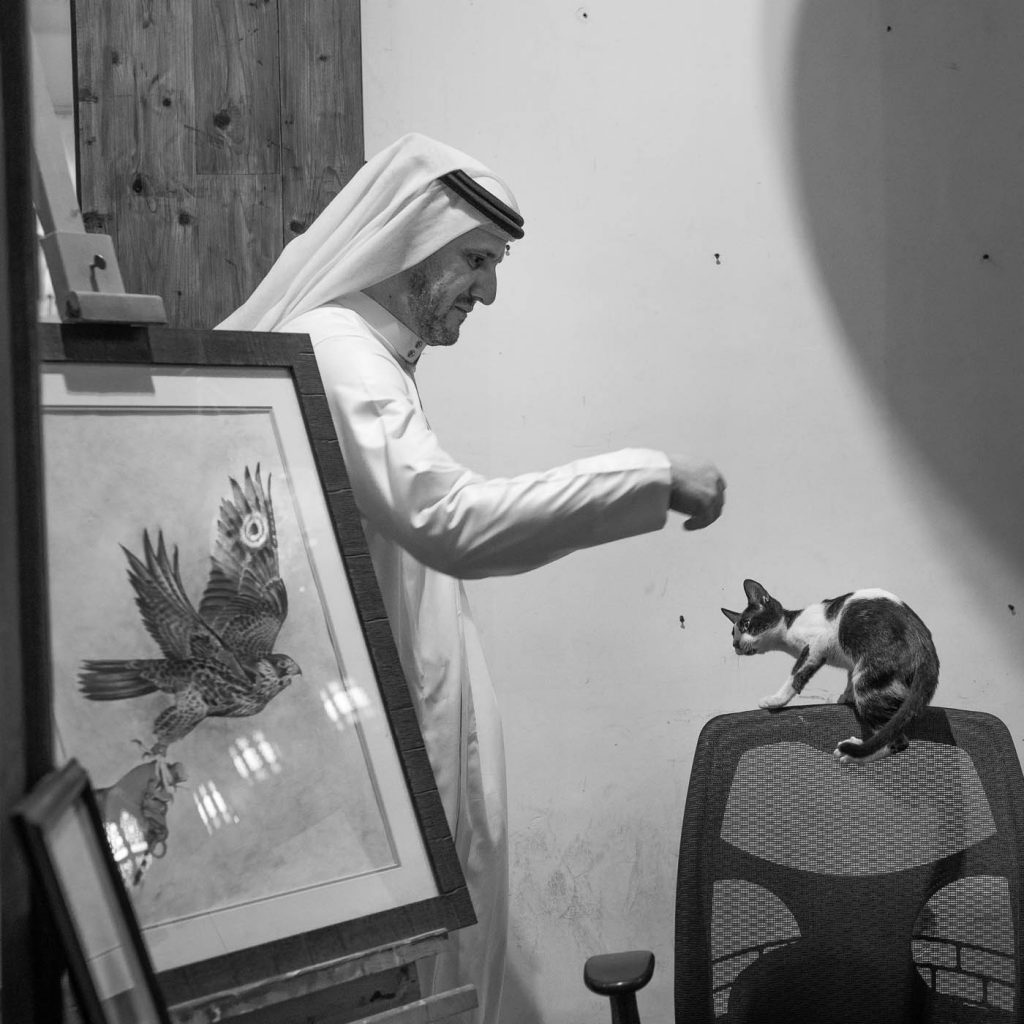 It also provides 4 “safe” spots to place a single subject because the slight imbalance created by the off-center forces the eye to check out the rest of the image for other subjects or to take in the “background”. 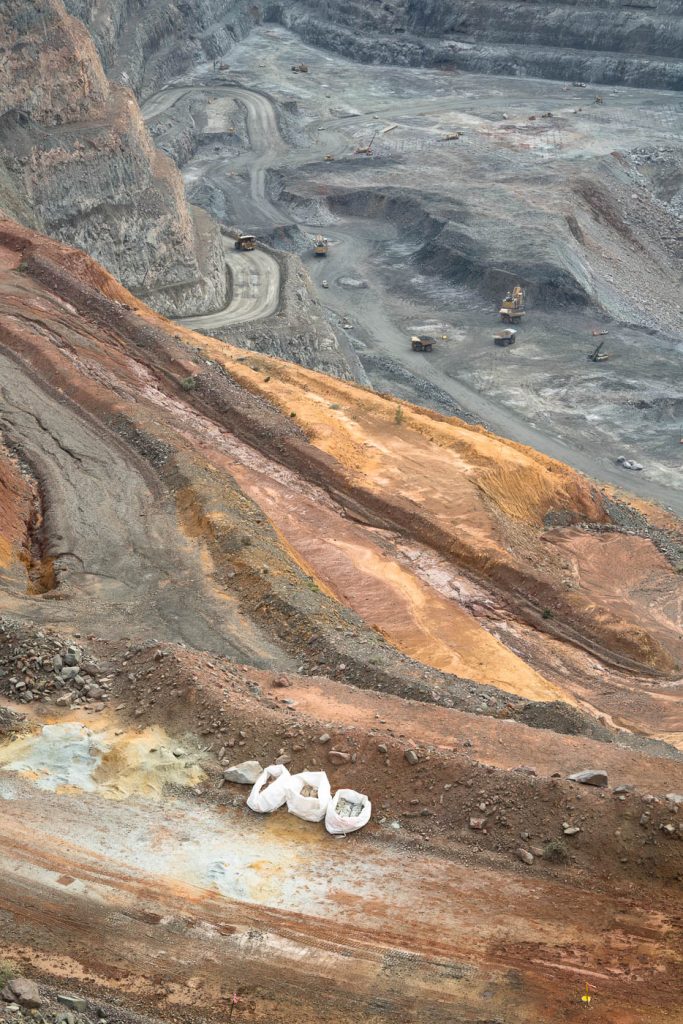 Should you use the rule of thirds ?

If the results it produces (stable but not boring) suit your mood / style / topic, by all means. See the Yin and Yang stability of the photo above.

But, as the general rule for better photographs that most articles make it to be ? Absolutely not.

As I wrote at the top of this page, composition and lighting make up 80% of a photograph’s quality, each, and are closely inter-related. Because lighting affects the visual weight of the various constituents of an image, it affects the placement they need to follow in order to convey the mood or meaning you, the photographer, want to impart to the final image.

Post processing is an integral part of this decision-process. In the photograph below I worked on the clouds and ripples a lot to create that zig-zag composition that give the image it’s dynamism in spite of an empty port.

Here, on the contrary, is a remote Australian backwater shop that’s meant to look static, closed and fading. The colour balance plays a role here, but so does the very sedate composition, where nothing stands out and the door + sign occupy a very central position in a symmetrical square.

Ditto here. There’s no story other than a fun, slightly animal, shape. Smack center. I should even crop a little off the right to remove that stray light.

Here, the composition hinges around the guiding line of the little wall, because it is the subject. I did place the turning point vaguely at the 1/3 top – 1/3 left position but that element plays second fiddle to the very strong dynamics of the wall itself. The fact that it hinges at that rule of thirds point makes the photograph visually balanced. You can look at it, following the wall to the top, look at the trees at top left, then explore the forest on the right and the Wave Rock at center and start all over again.

And here, well the photograph is “conceptual”. There’s no telling a story, not relationship dynamics between components other than light and dark, translucent and bluntly opaque, curvy and striped. There is a 2/3 -1/3 relationship between light and dark. And the impact of the photograph completely changes if those ratios are inverted. Just for fun, mask the top of the image to keep 2/3 dark and 1/3 light and see how different the image is 🙂