#524. Why your high-end camera also loves your Smartphone

During my recent vacation in and around London, and in order to stop pestering my friends and readers with enthusiastic updates of my Smartphone photography life, without a solid foundation for them, I conducted this simple experiment: use only my Smartphone for photography, unless the scene intuitively felt like it justified the use of a “better” camera. This is one of those scenes:

The whole purpose of the experiment was to find out more on the following points: 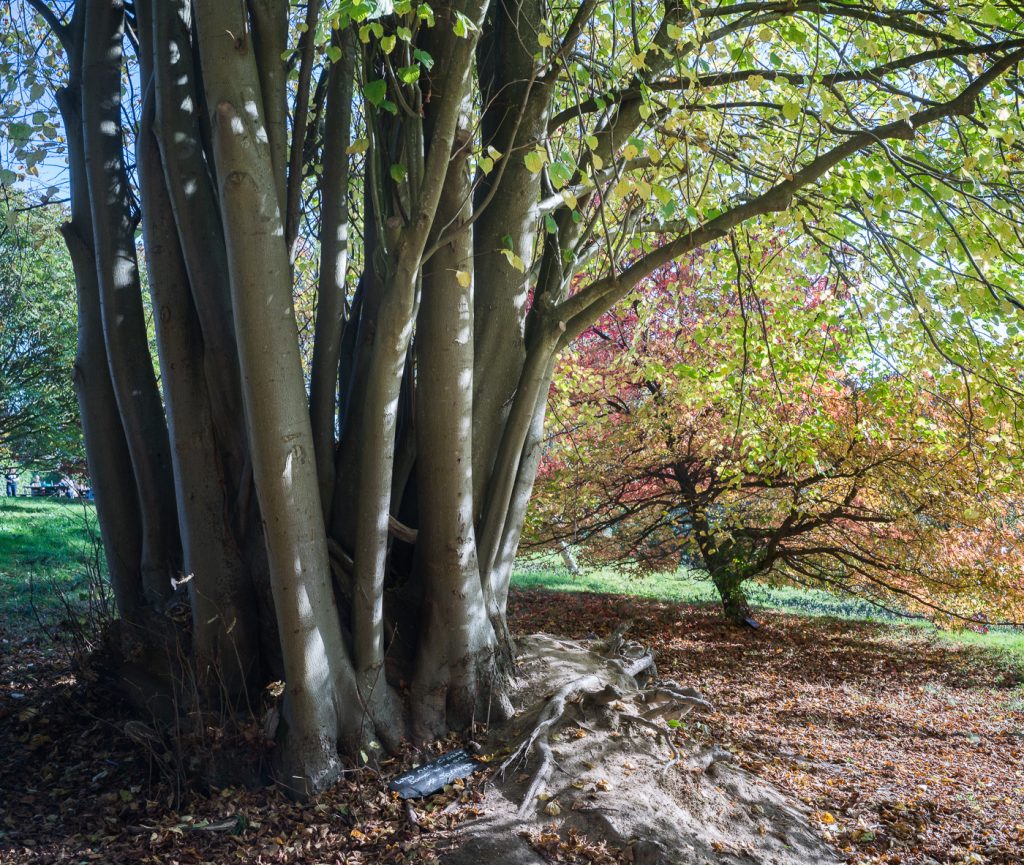 What I found out is slightly different and probably even more interesting.

The first interesting discovery is that any compulsion to shoot shoot shoot any and every subject in front of me rapidly dissolved when I actually took time to frame properly with the Smartphone. The object of my previous article was to explain that Smartphone photography can be a good school for shooting discipline, due to the more restricted envelope. But the collateral effect is that the pleasure of going beyond the convenience aspect of the Smartphone put me in a creative mood, which also enabled me to be efficient with my Sony. I have almost as many keepers (from a much smaller collection) as during a Sony-only expedition. 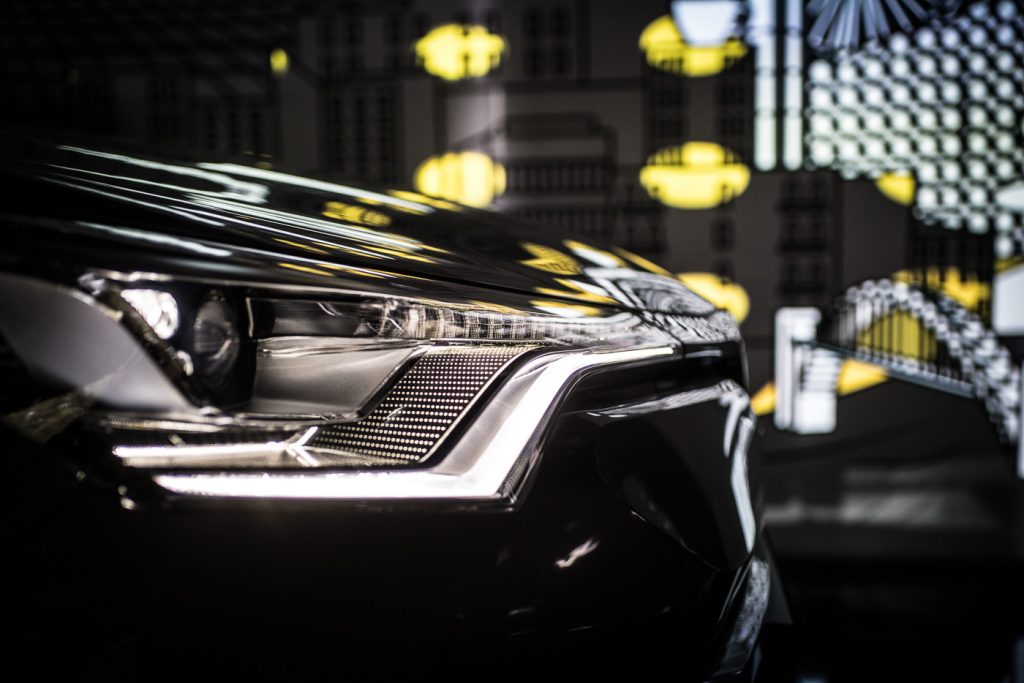 A fun side effect is that I never chimped. I actually discovered my Sony photographs after returning to France and the contents of my card were a complete surprise to me.  The whole process of working slowly and deliberately on a photograph unconsciously eliminated the need to check results on the rear screen. All in all, a surprising and serene experience.

Also, my single 32Gb card came home 2/3 empty and one battery lasted the 10 days of my trip. Quite unusual.

Photographing the unexpected (analysis without a couch)

Having expected to find street photography on the phone pics and still life on the Sony’s, it came as a surprise to see the opposite in my respective image banks.

With hindsight, the use of a viewfinder to frame a scene quickly is much more pleasant than the use of a screen at arm’s length.

Why I chose to make more pictures of these street scenes, not my usual arena, isn’t quite clear. But I’m guessing my heightened creative juices where seeing interesting compositions where I usually notice nothing. There’s still some way to go before I’m Pentti Sammallahti, but the learning can begin 😉 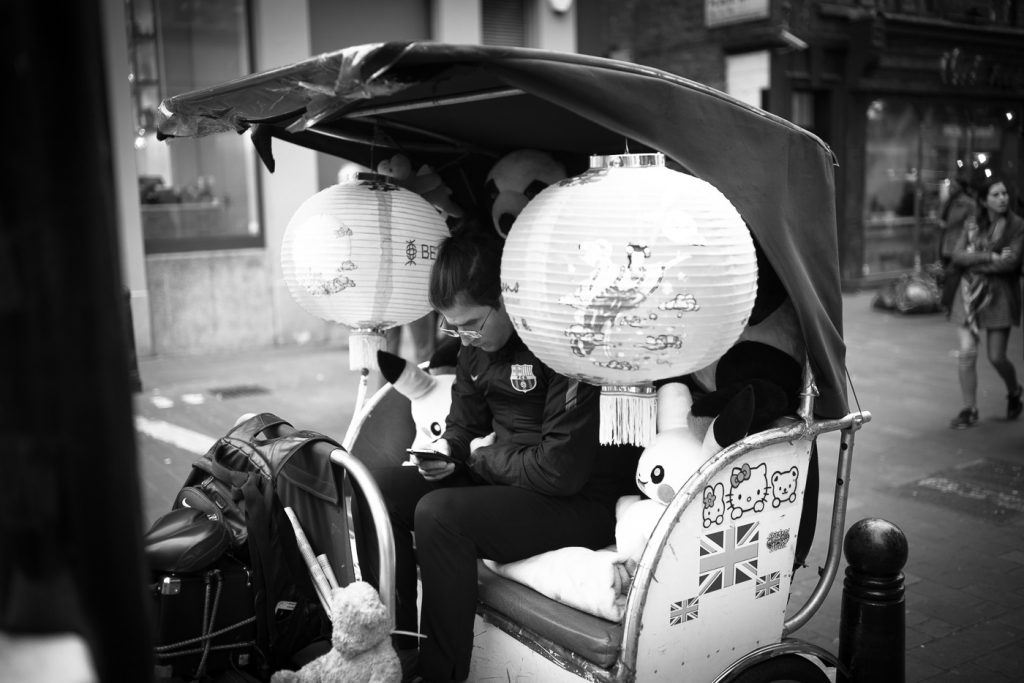 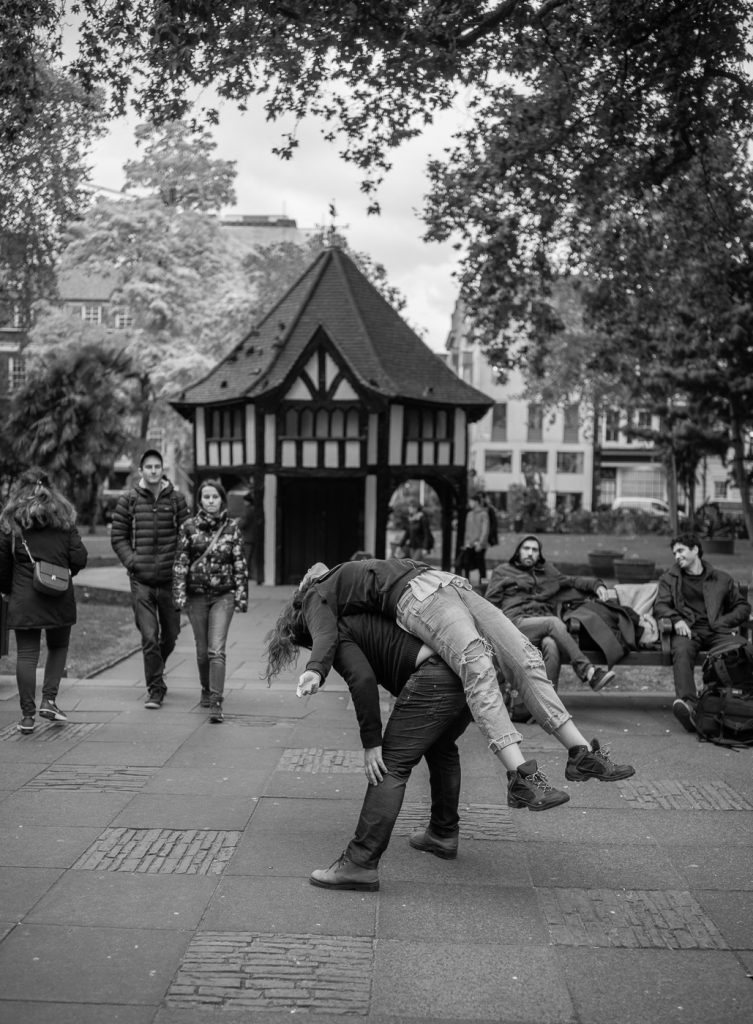 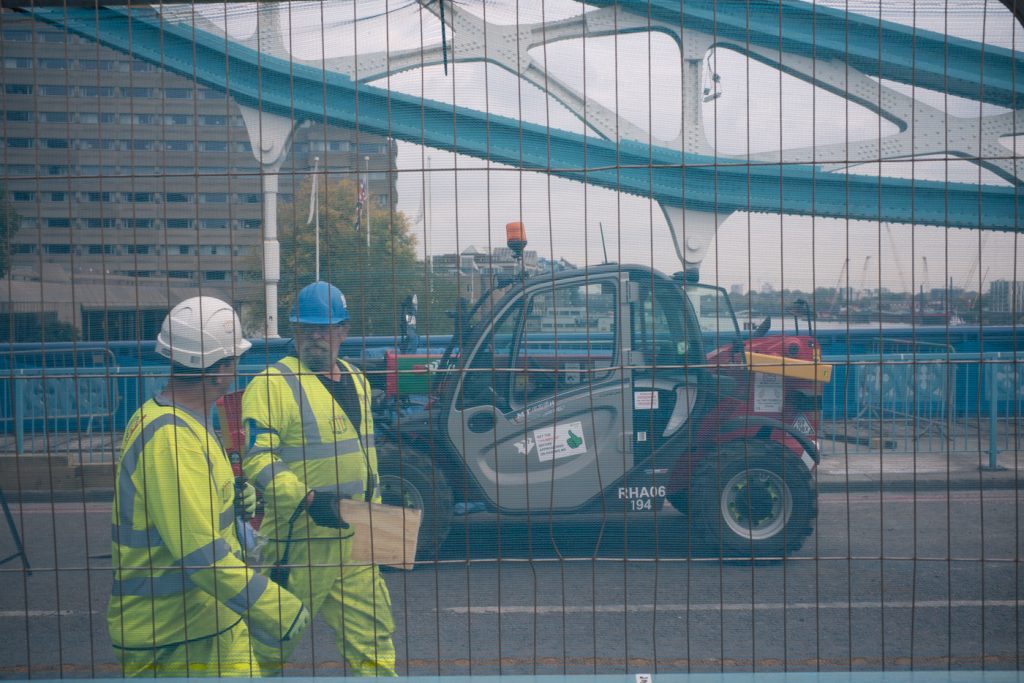 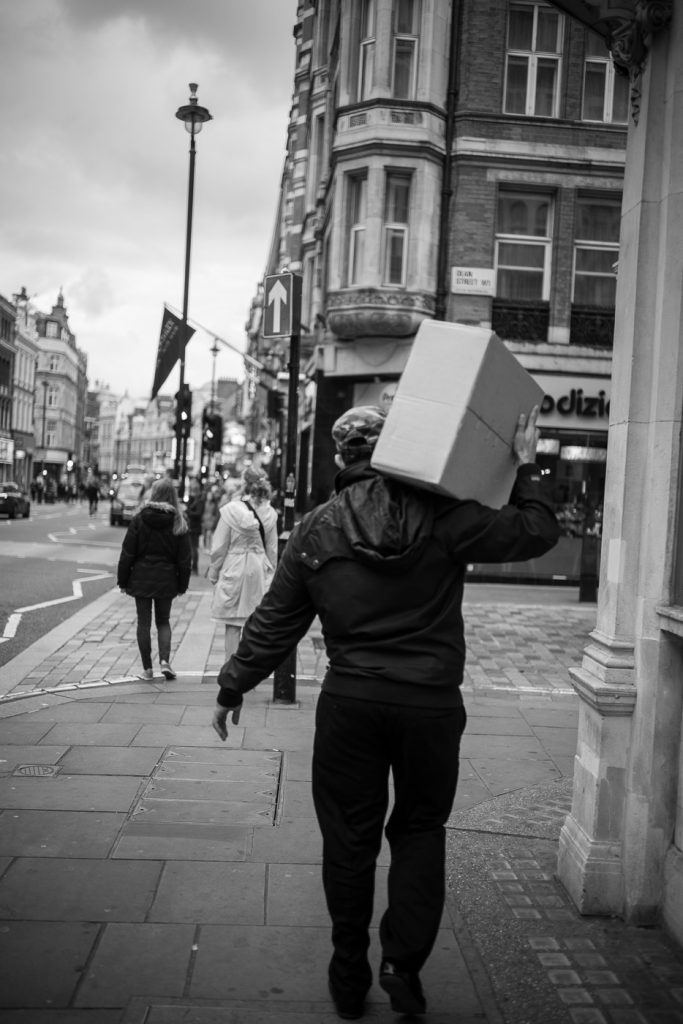 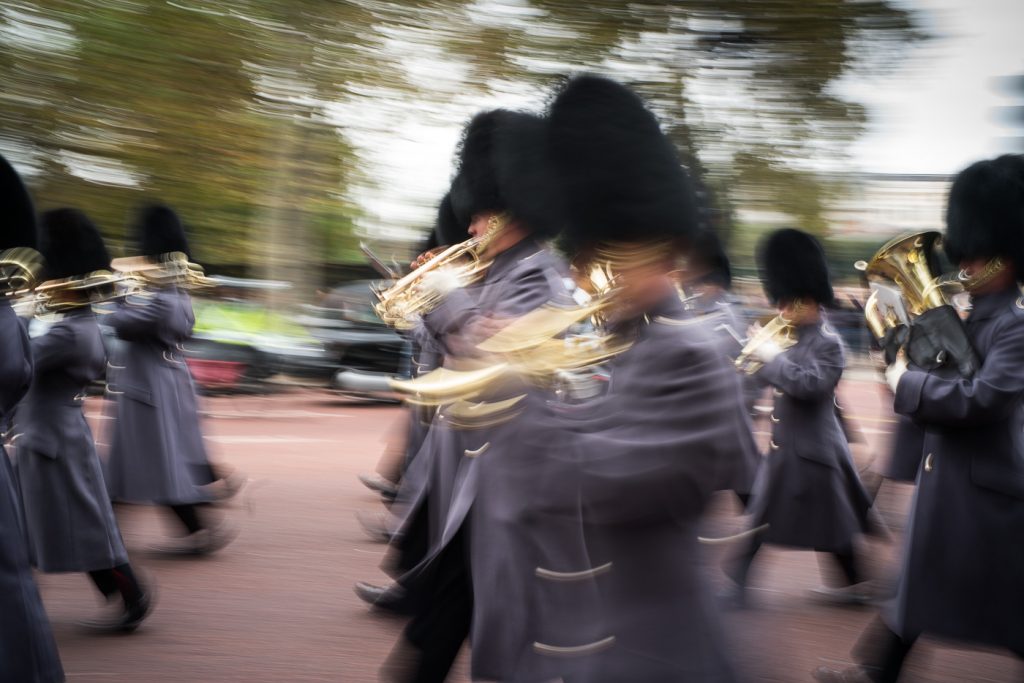 As much as I want to steer clear of comparisons and of a statement of the obvious (yes, the Sony is a better camera than the Samsung), one clear difference between files from the two cameras is in their ability to sustain heavy post processing.

Leaving aside the notion of quality, let’s just say that if mood is a strong part of your photography, you need the larger sensor. To my eyes, this is where the greatest divide is. Use the Smartphone for literal renditions (a particularly beautifully lit object, for example) and the larger sensor when difficult light and corresponding processing play a major role in the mood you want to create. Nothing unexpected, but it becomes really obvious when you try both. Lesson learned.

As mentioned on numerous occasions before, cameras that give you different looks are useful. The lowly phone isn’t simply inferior, it’s also different. Higher contrast, greater delineation at the expense of real detail … In some conditions, it shines. In others, the larger sensor’s more painterly look suits the scene better.

What do you think? Samsung above, Sony below. Both panoramas.

And again, in the same order. 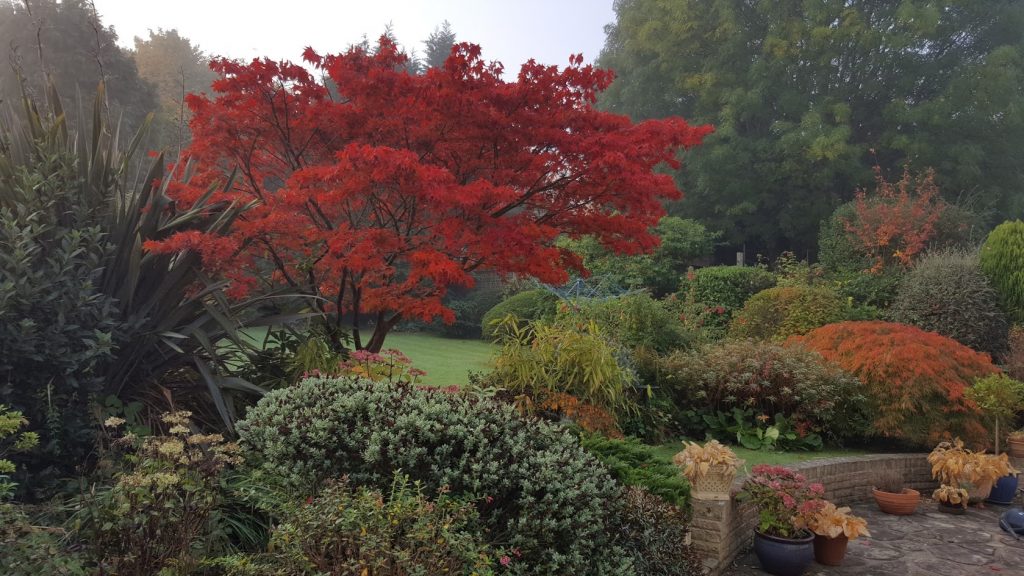 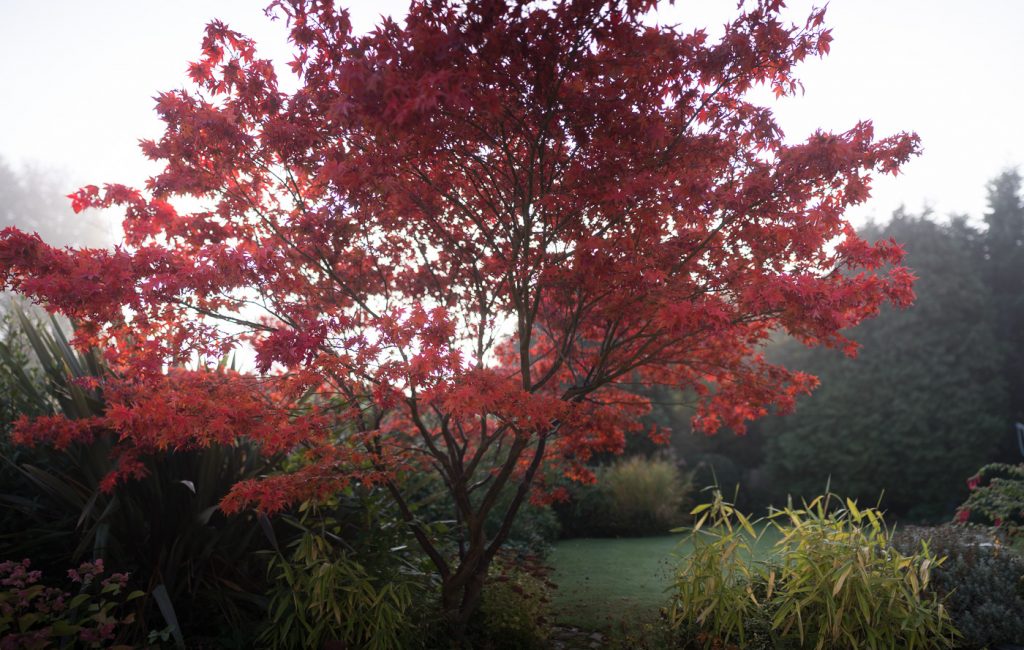 Better than a lightmeter

Remember the good ol’ days of film when in camera meters either didn’t exist or were unreliably small and you had to move about with an external light meter? My Sekonic is still with me to this day.

Remember film makers and even some photographers with cardboard cutouts or external viewfinders used to previsualise a scene before reaching for the camera?

A Smartphone all that and more. 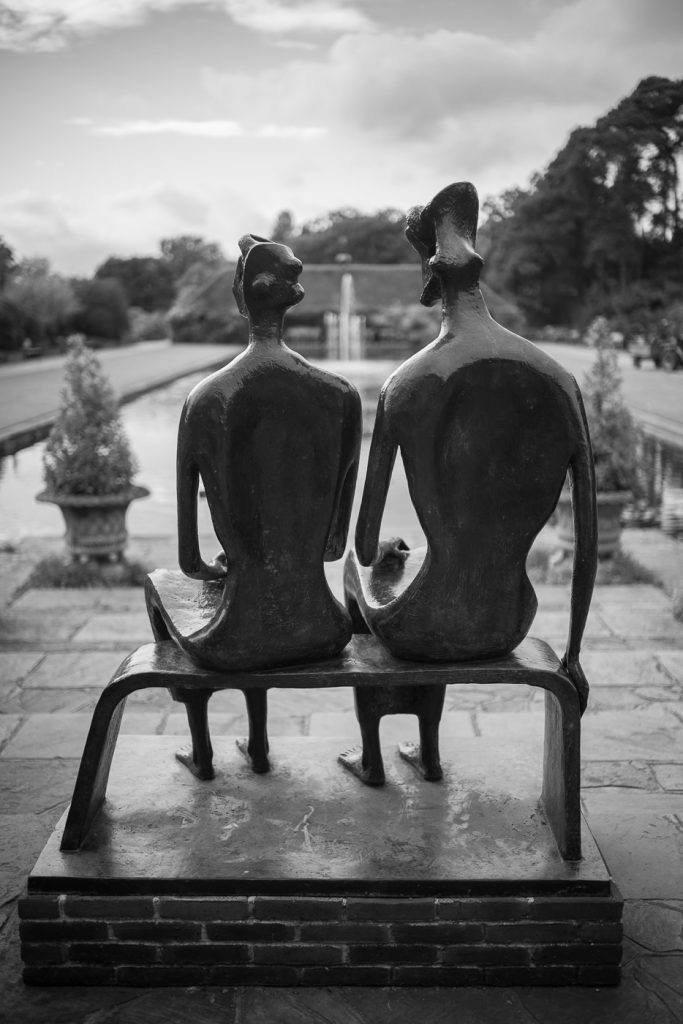 Not that you couldn’t do that without a phone, but the all-in-one capacity is addictive and nicely complements the phone abilities as a stand-alone camera.

I initially thought of a phone as an alternative, with a lesser shooting envelope and a distinct drawing style but it’s also a great companion to your main camera. And I hope that, instead of trying to mimic the look of mainstream cameras and digitally compensate for small-sensor inadequacies,  phone manufacturers continue to push the differences, the ergonomic advantage and the complementarities. 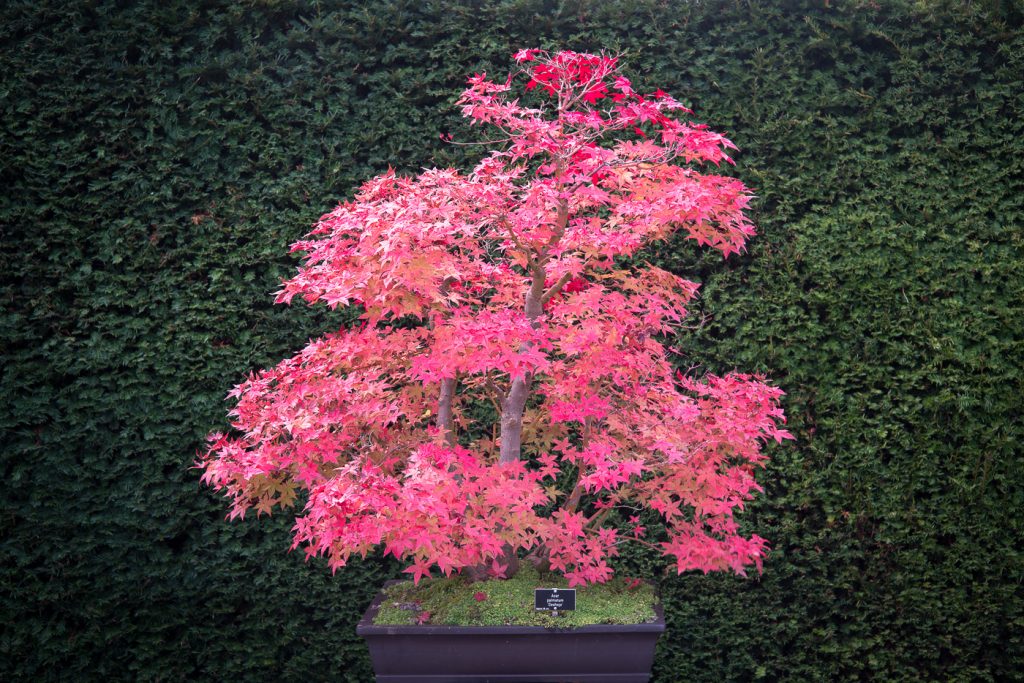 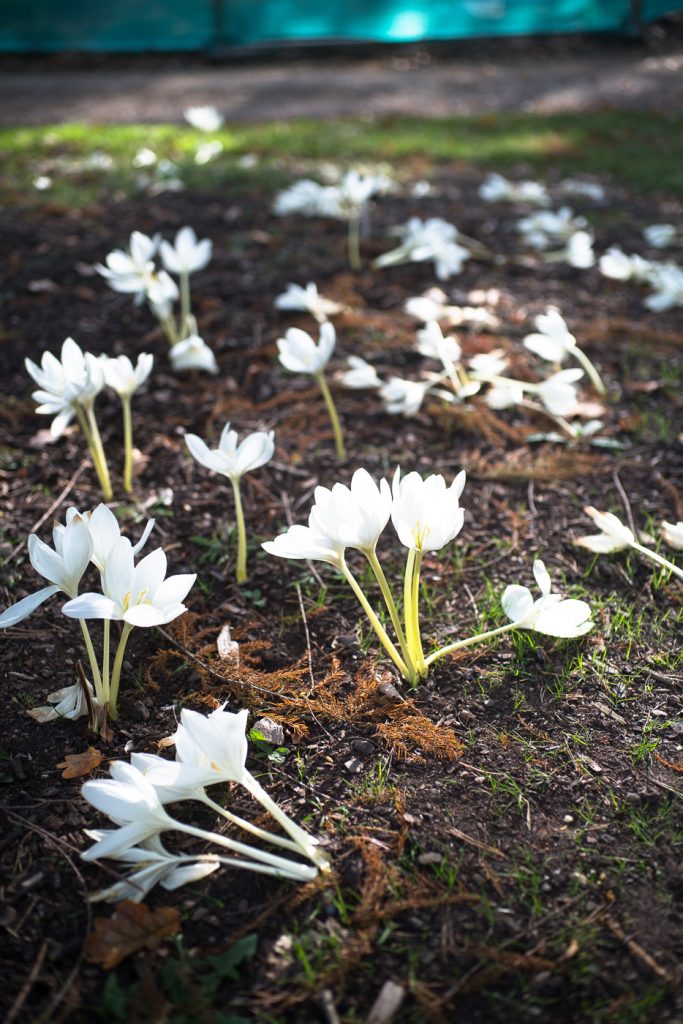 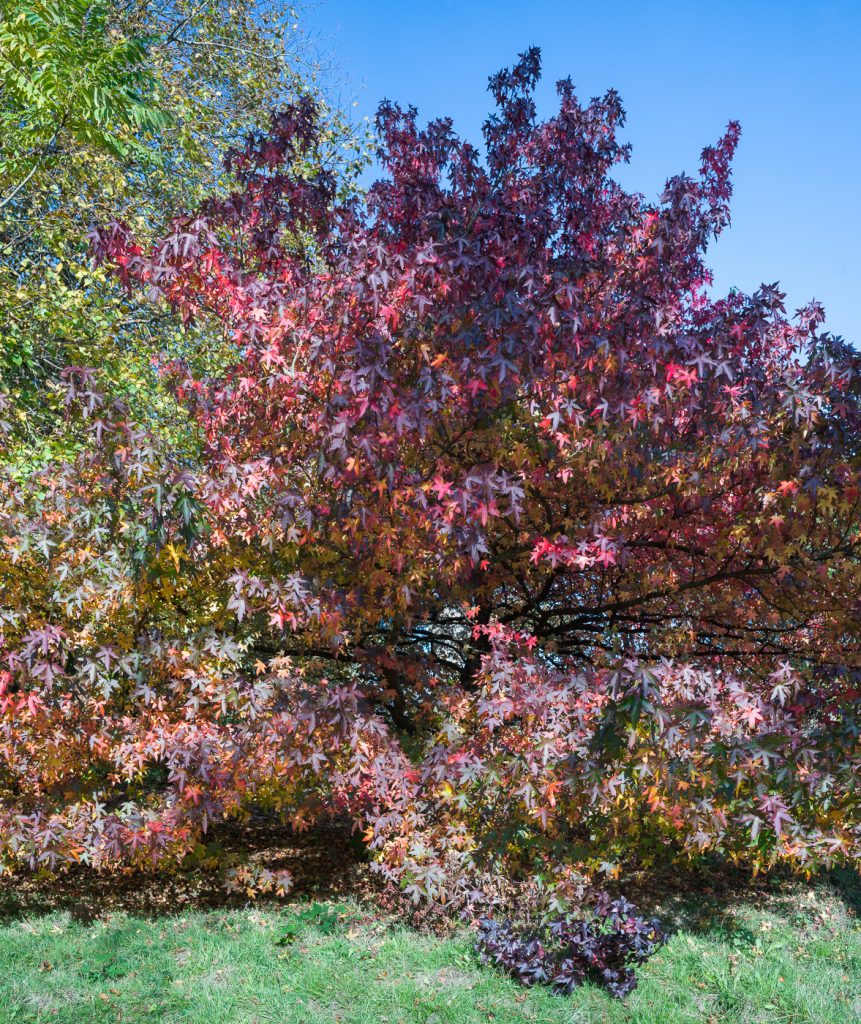 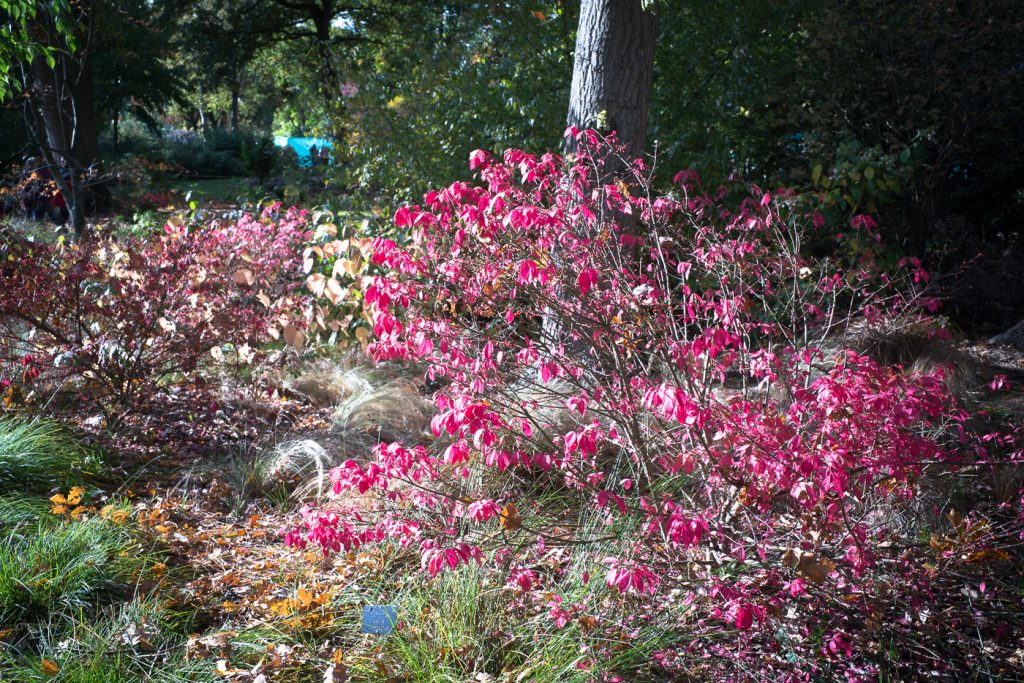 To recap, I ended up shooting far less but more creatively, with a much (much) higher keeper rate, less stress “on the road” and much less post-processing work back home. It was fun to discover a new workflow where my photographs remained “secret” until my return to base (not out of trendy preciosity, but naturally). And I may have learned a thing or two about myself along the way. 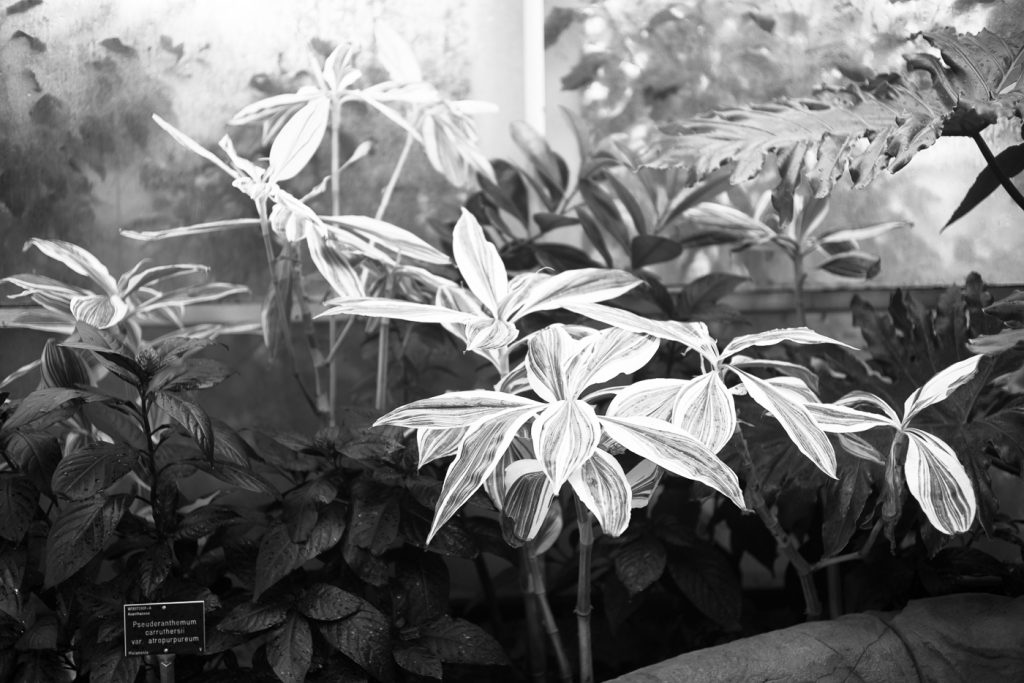 To call this a zero default experiment would be a lie. A Smartphone with no SD card soon fills up (the S7 successor has one,thankfully), for example, rendering the long-term feasibility quite difficult.

And it’s obvious I left quite a few opportunities on the table, choosing the Smartphone when the camera would have done a better job. But not that many, because I was more picky than usual about what goes into the Sony pile. The following photographs are a good illustration of this:

Here,the Smartphone was clearly overwhelmed by the contrast of the scene, and the A7rII would have been much happier. But the place was so full of people, it was impossible to make a great wide-angle shot, even with a lot of perseverance. Thanks to the phone, those pictures are safe in my drive with accurate location info courtesy of Google, allowing me to return one morning or evening in the coming months or years. 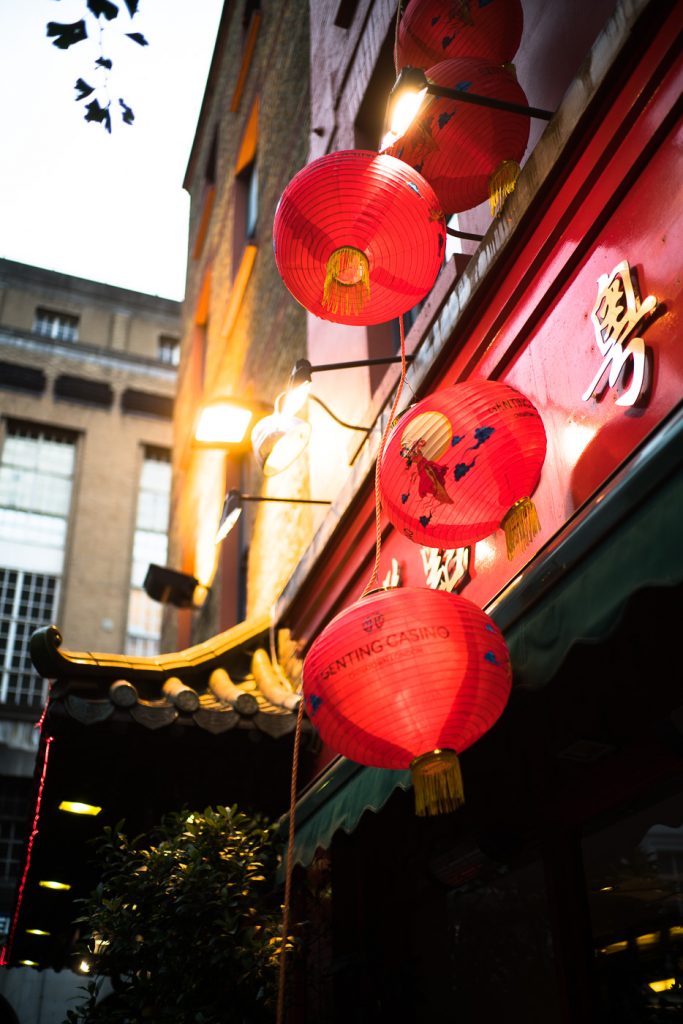 Now all of this probably isn’t possible for photographers with a mission. The landscape photographer who sets up his tripod at 4.30 in a specific location and leaves 3 hours later won’t want to record the scene with his phone (although initial shots will give a great insight into contrast, quality of light and composition). A sports / wildlife photographer will miss the white 500mm. A fashion photographer will stick to the big guns, except for Instagram behind-the-scenes. … But for wandering travel photographers like me, there’s a lot to be said in favour of exploring a symbiotic relationship between your main camera and your phone.

This more or less concludes my Smartphone photography ramblings for now and I’ll not write about this anymore unless someone requests it.