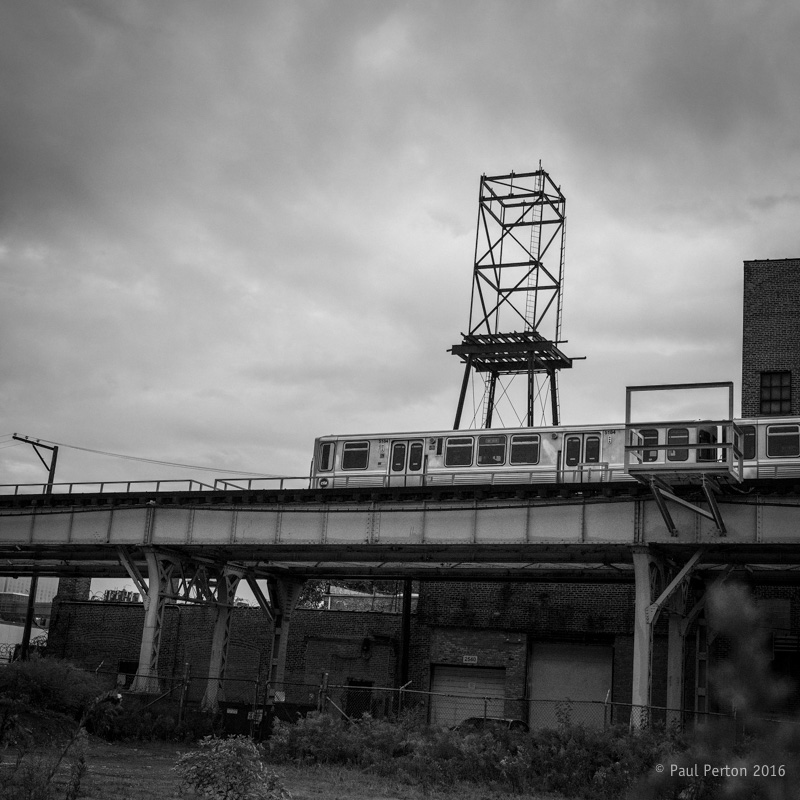 Last time we were here, it was almost winter time and not very warm. With the wind chill added in, cold enough to make me head straight for the nearest North Face emporium to buy some breeze-proofing. Fortunately, this time we’re better prepared, but the Windy City is just that and this time, quite temperate. 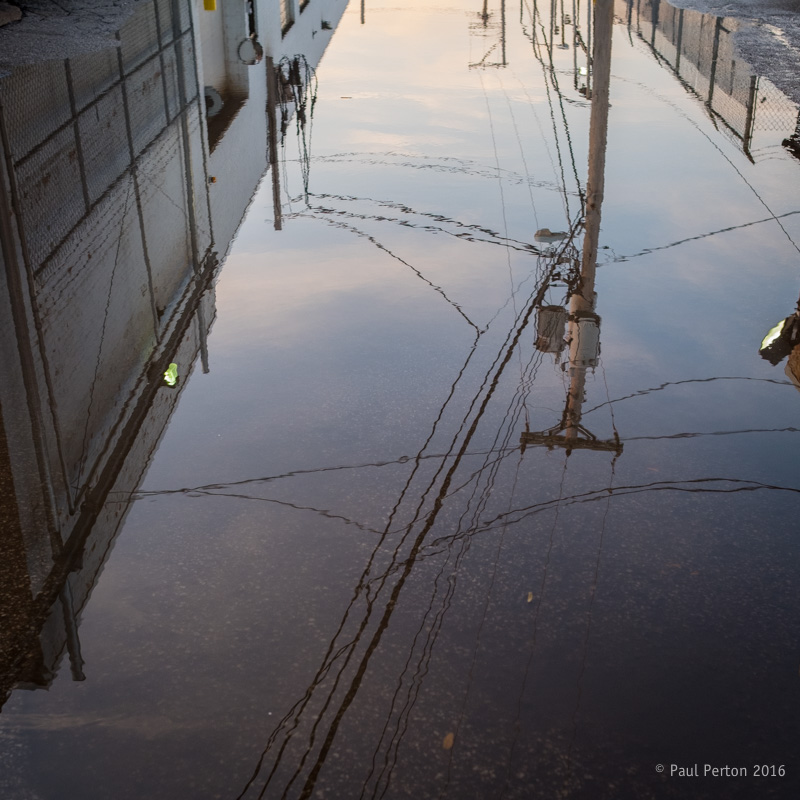 Morning sky after the rain 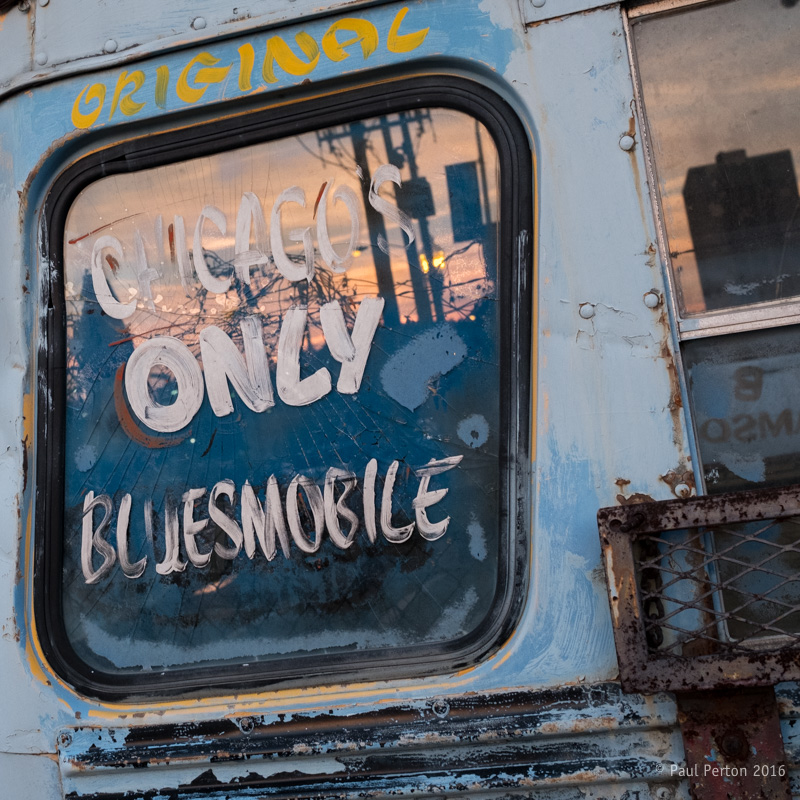 Battered Bluesmobile in the morning sunlight 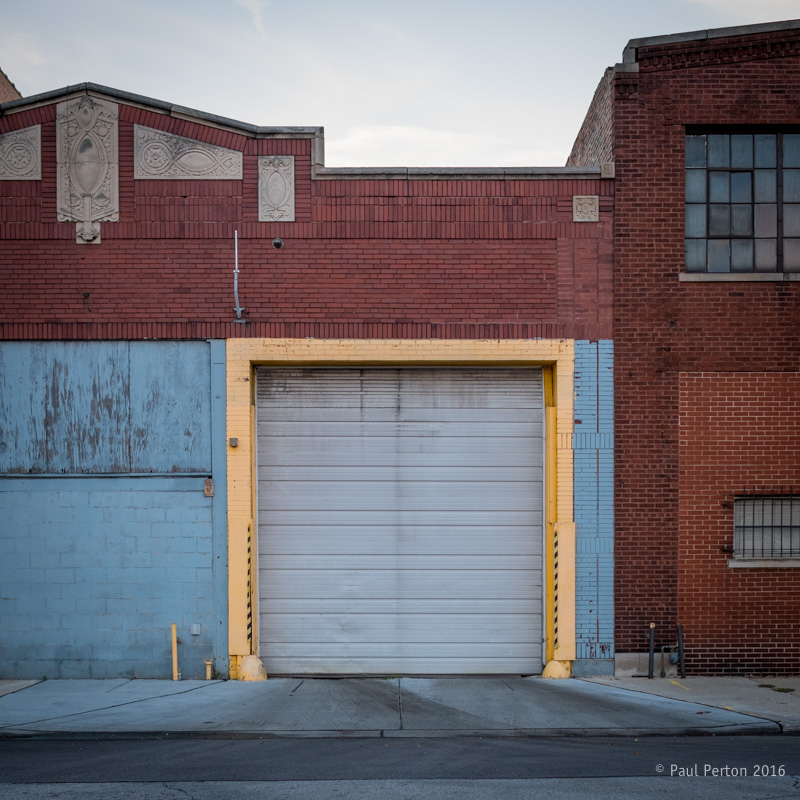 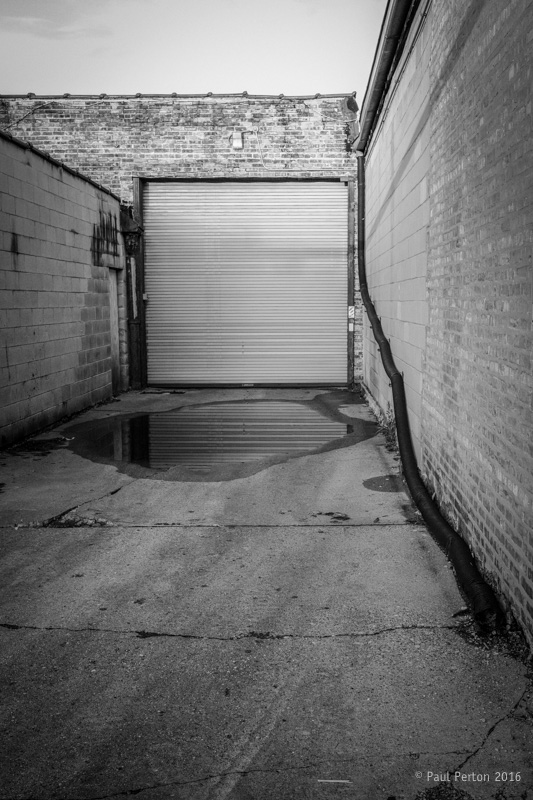 Our Emirates 777—300ER touched down at O’Hare a few minutes early on Wednesday afternoon, after its 15 hour marathon from Dubai. On top of a nine hour flight from Cape Town and a two hour change of planes, it was predictable that our physical and mental reserves would be close to exhausted. A hang up with the usually achingly slow immigration and security process saw Mrs P hauled into a separate screening area to sit and wait (me with her) while someone delved into her personal information. After about half an hour, her passport was returned and we were told we could go – seems the fingerprint scanner hadn’t captured her prints properly – I wonder why they think it’s OK to be so faceless, officious and couldn’t just tell us what the problem was at the time.

But things were about to get worse for these weary travellers.

The Thrifty car rental documentation told me that I had to phone them to get a shuttle bus to collect us from terminal 5. That didn’t work – all I got was the “Press 1 for a headache, press 2 for irritation… and press nine for …rip someone’s head off.” Useless idiots.

A nearby airport guide eventually told us that the shuttle bus would arrive anyway, so we waited. And waited and eventually, for our sanity and to prevent us both from falling asleep at the bus stop, hailed a cab.

I suspect that the the cab driver couldn’t have found his arse without a mirror on a stick and definitely couldn’t find the Thrifty lot even with his satnav. Without increasingly frustrated yelling from me, he would probably still be myopically driving around the airport, meter running, trying to work out where the hell he was.

And yes, he still shouted at me when I didn’t give him a tip on top of the $15 the three minute taxi ride cost. Twat.

I think some aeons ago when Ms. Garmin was new, I set a default a million menu layers deep and now un-findable, to avoid toll roads. So we drove the entire length of Milwaukee Avenue (12 miles, almost 20 kilometres) parallel to the I90, instead of said tolled Interstate. On the one hand, it was a blessing because at 2 m.p.h. and a zillion sets of traffic lights, I managed to avoid mowing anyone down, or swerving violently from lane to lane as my attention lapsed due to what was fast becoming life threatening exhaustion.

Of course, the downside was yet another hour of travelling.

Our hotel was where Ms. Garmin assured us it would be. A miracle as things often aren’t when she is in charge. Bags in our room, we fled for the bar, several shockingly expensive (e.g. Heineken@ $5 – R75) nerve-relaxing drinks and a tumble into bed not long after 20:00.

Awake at 02:00, I got up and read the South African and UK newspapers on line and then thought I might just manage an extra couple of hours back in bed. I did, but it was still just after 5 when the jet lag woke me up to tell me how tired I was.

Bah. Travel with the Pertons has always been spelled a d v e n t u r e.

At 07:00 I wandered across the now raining State Street (yes, that great street) to seemingly the only breakfast provider in the area. Coffee and BLTs in our room – nothing wrong with that. And there we sat, still half asleep staring at the rain, wondering whether we could be bothered to stir ourselves to get a bus into the city and do some of what we came here for.

Some time later, the über convenient 29 bus delivered us into the city, which was shrouded in low cloud and mist. Fortunately, the rain held off and we were able to wander the streets, stopping to buy a few essentials; a SIM card (for a phone-based satnav backup – essential if you think a Garmin is going to get you where you plan to go without freaking out at least once in every city), some toiletries, a couple of craft beers and a more than acceptable local diner-style lunch. 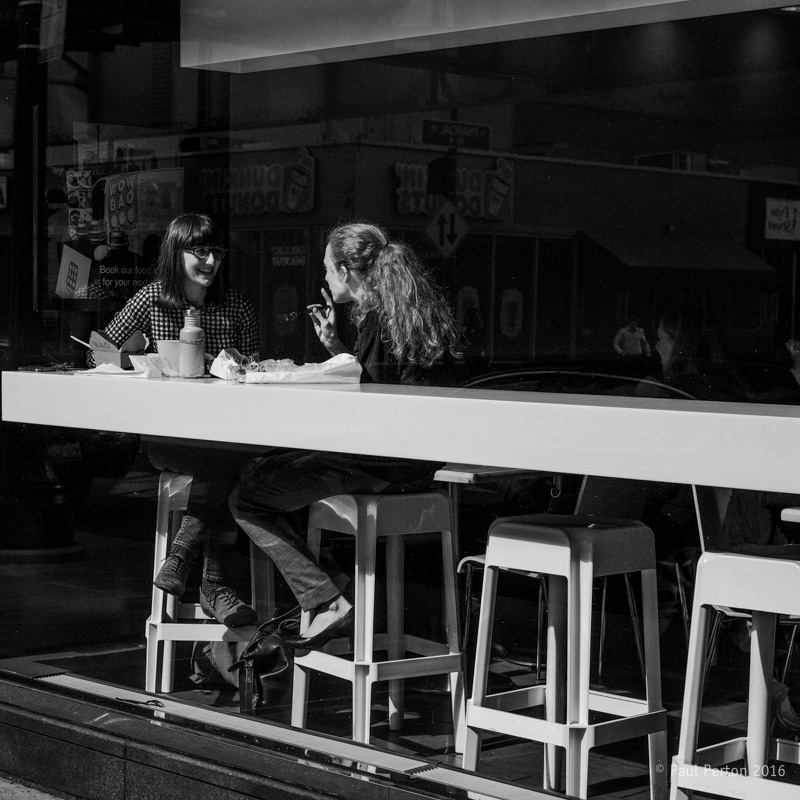 In the mist, the city looms and its skyscrapers photograph well in the Fuji’s Acros black and white, delivering OOC JPGs of exceptional quality, requiring little additional editing. Tomorrow, we must prepare for our departure and find the Route 66 sign on East Adams Street – that’s where it all begins. 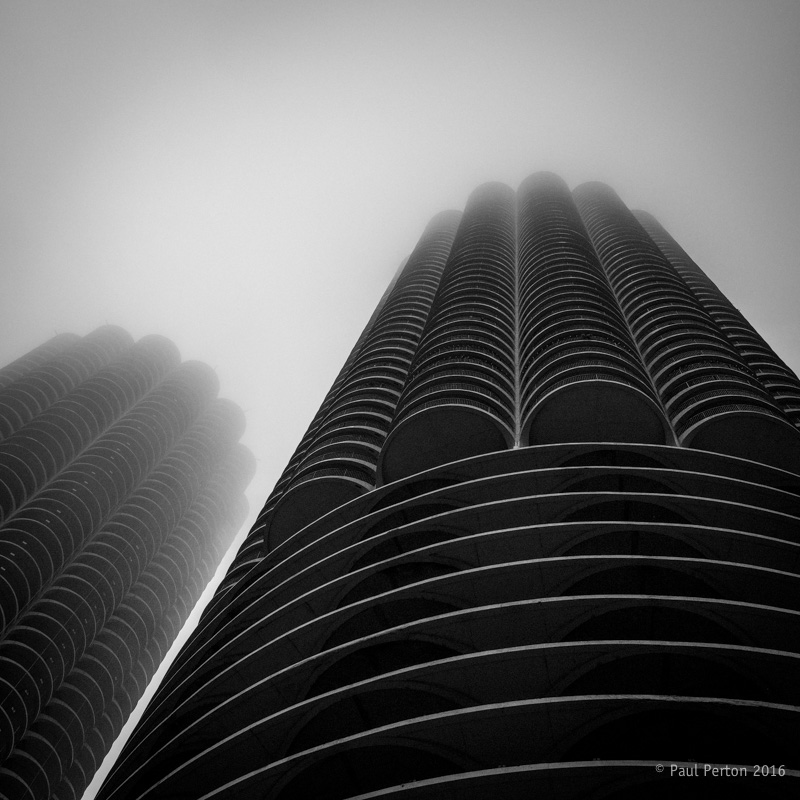 Misty car parks with apartments above 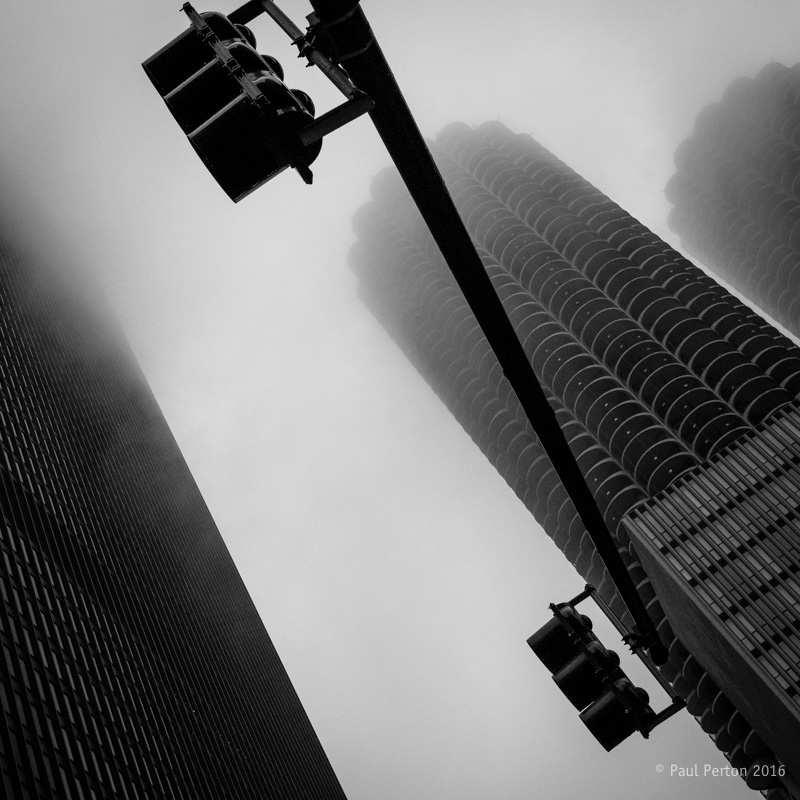 Downtown looms in the mist

Our couple of days R&R passed easily enough, allowing the jet lag to subside. Now it’s time to hit the road. We are planning to motor west, after all. 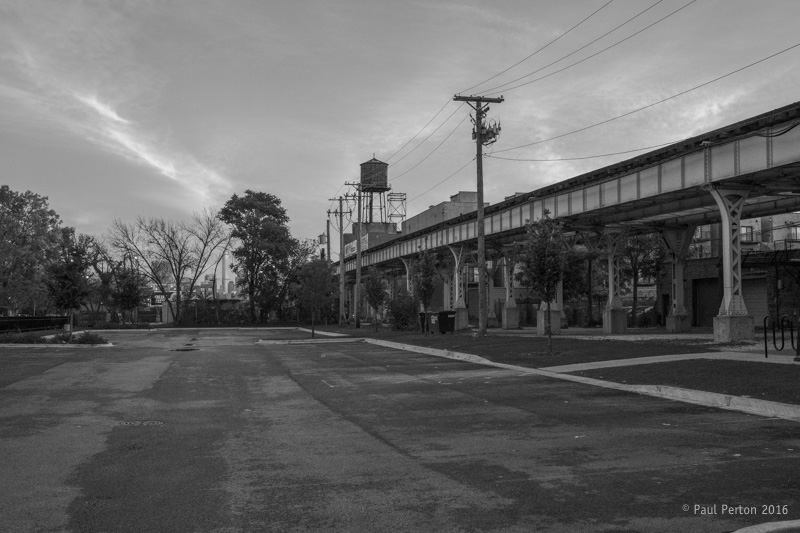 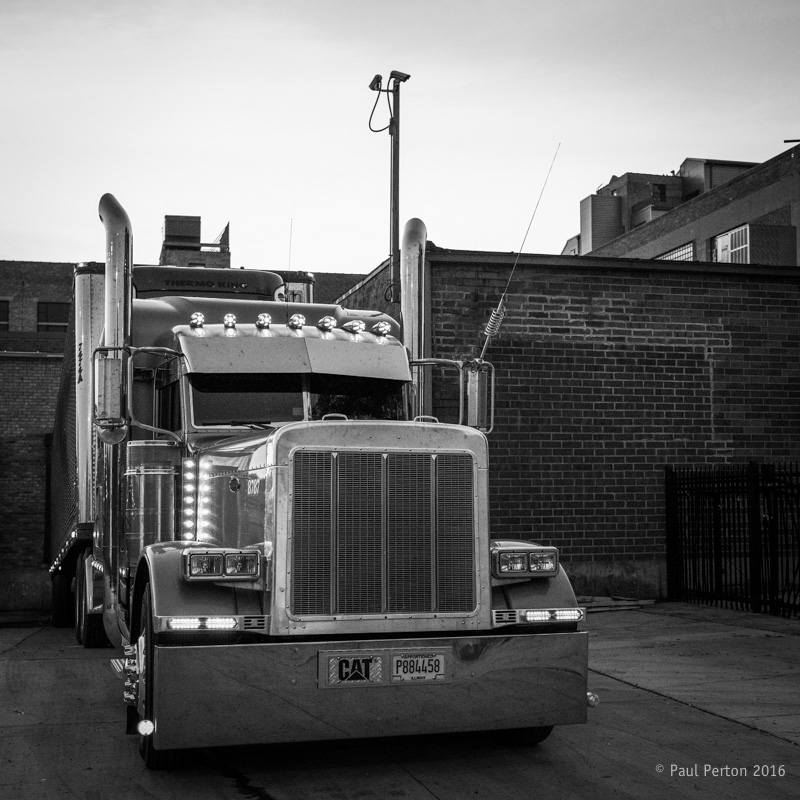 Not what you want to see tailgating you 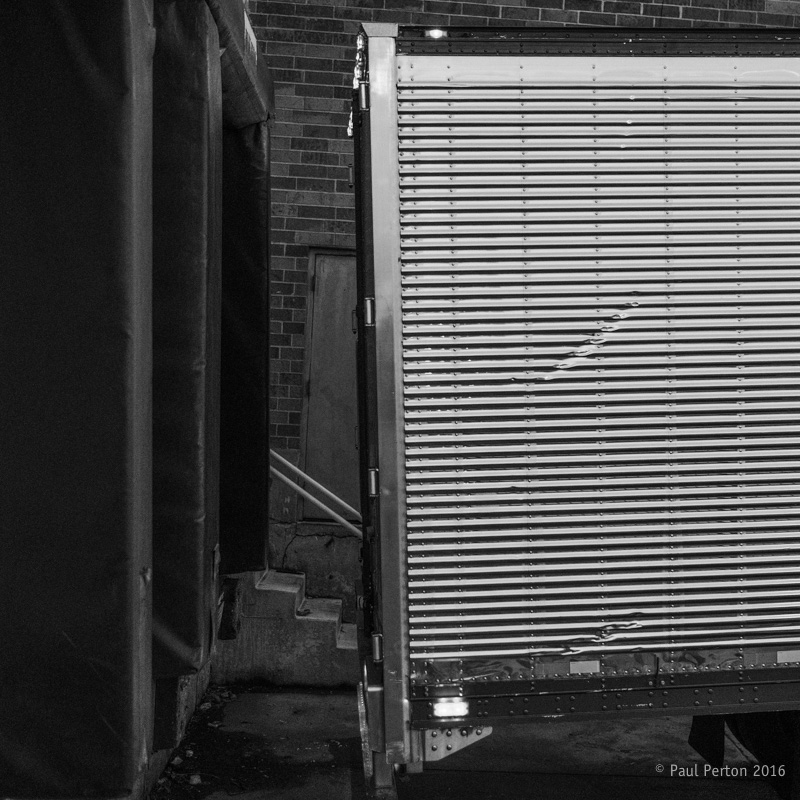 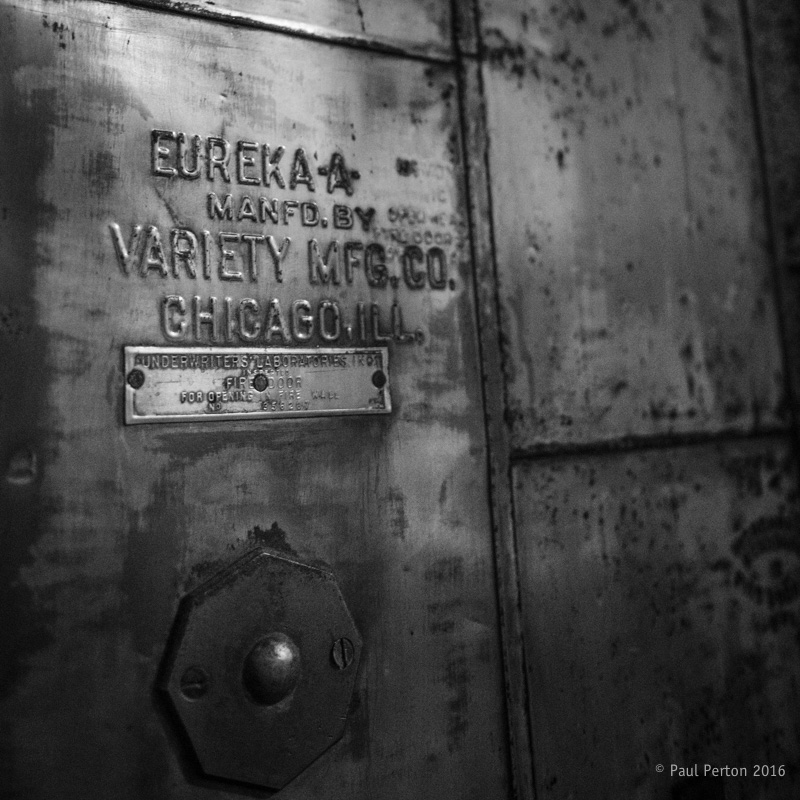 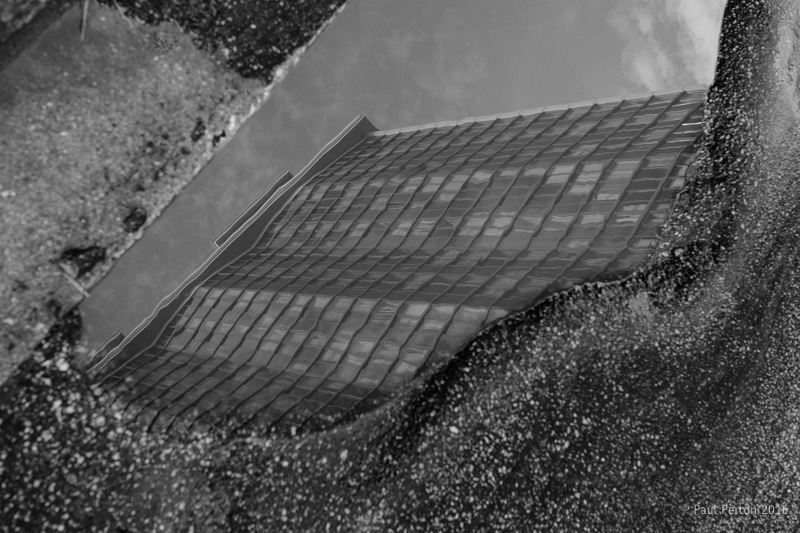 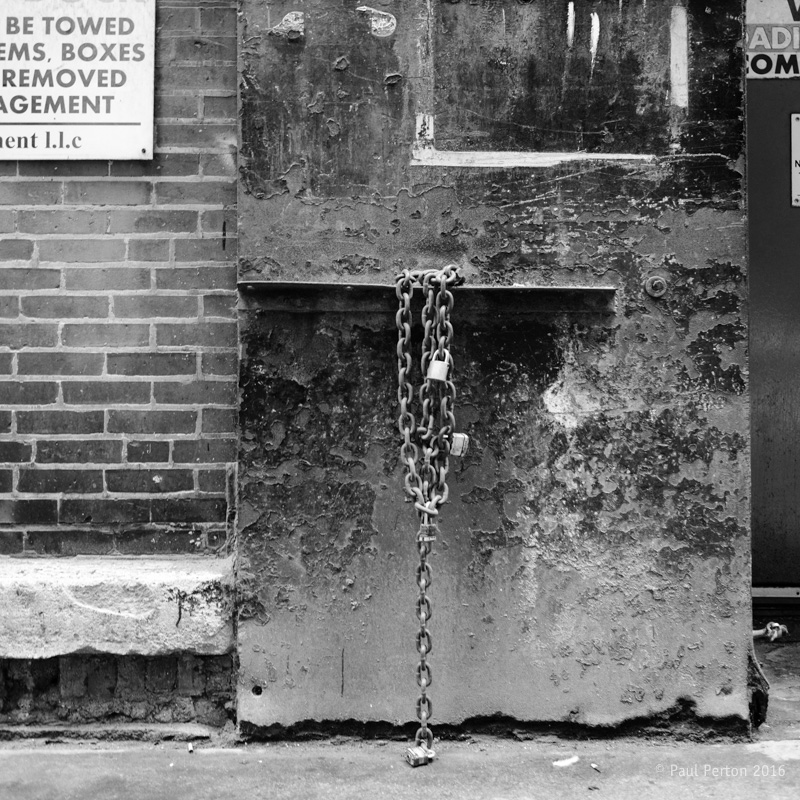 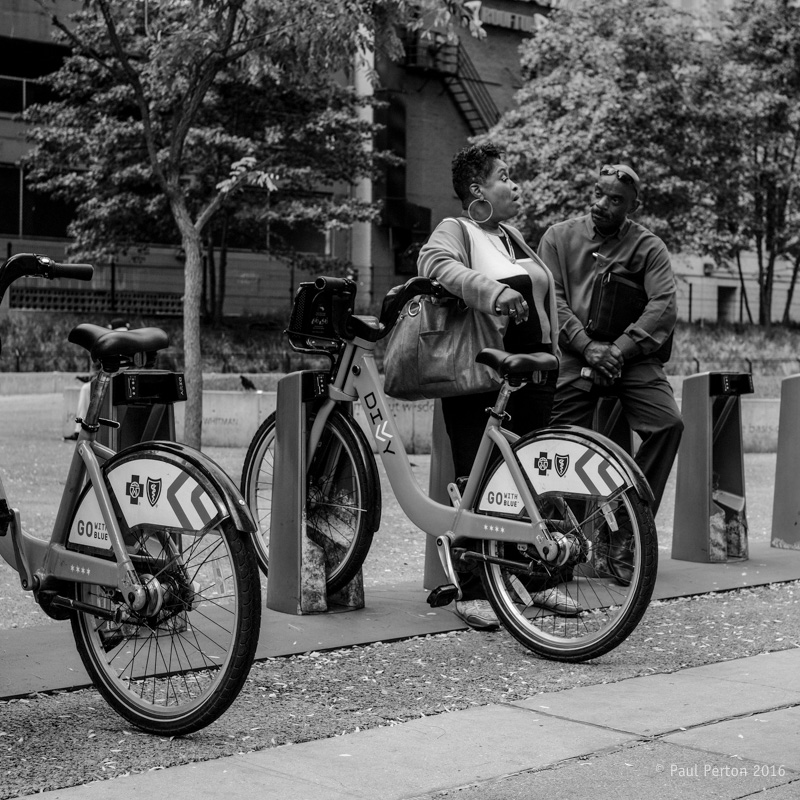