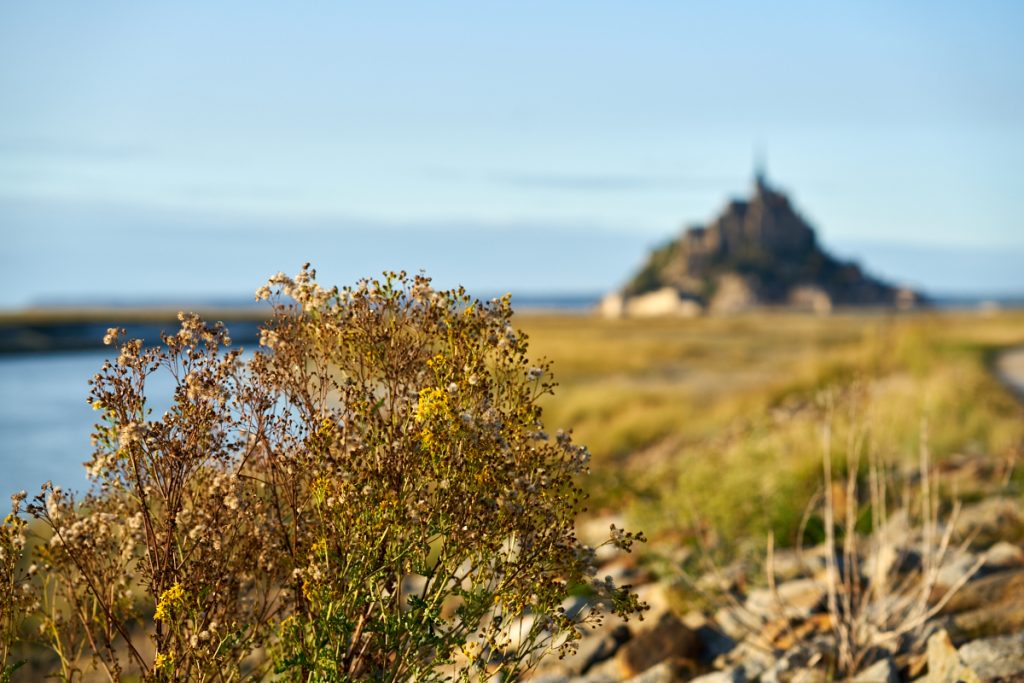 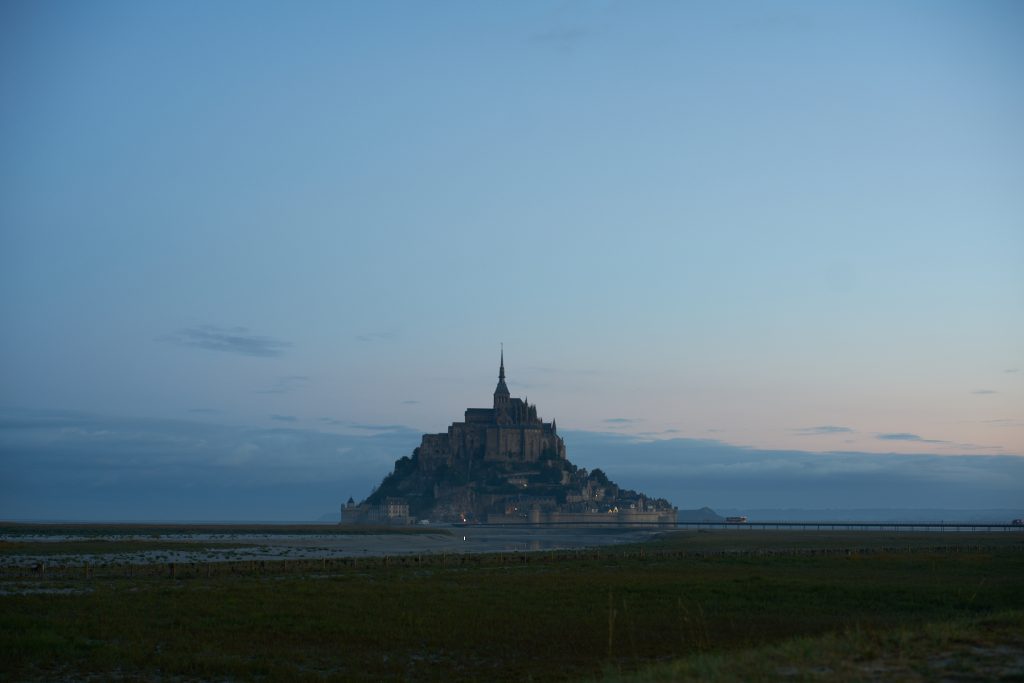 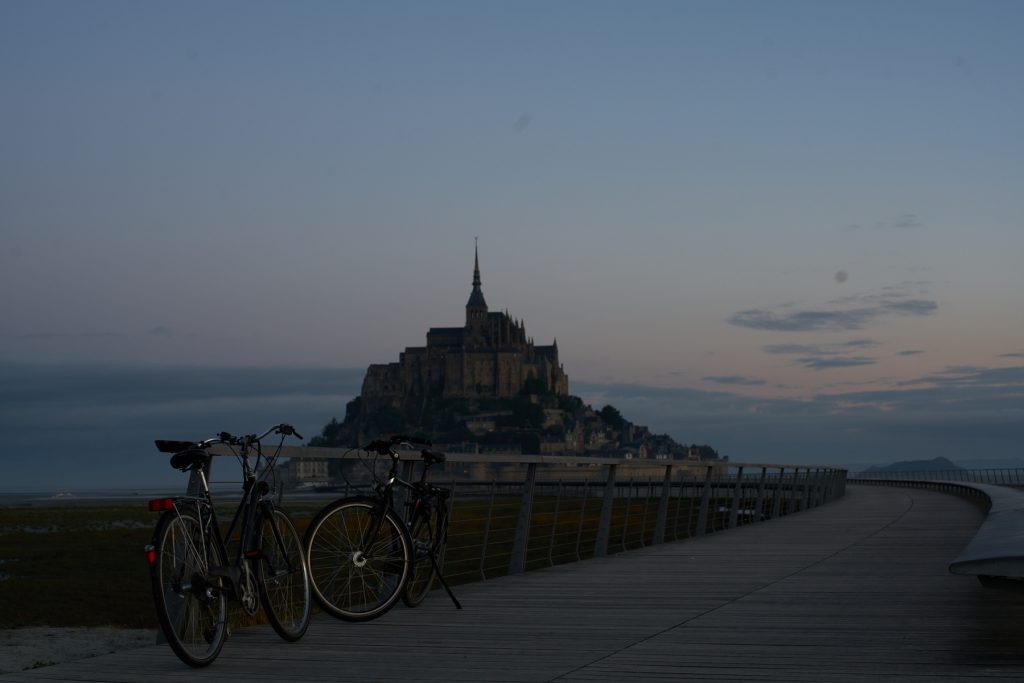 I own 3 lenses. A 28mm Zeiss Otus, a 55mm Zeiss Otus, and a 85mm Sony GM. What do these lenses have in common? They are large and heavy. And I go out with them every day, which makes for a heavy bag, every day. But I am also lazy. So, most times, I just don’t change lenses. Yes, I have 3 great lenses with me, but the one that is on my camera stays on my camera, with not-too-frequent exceptions. 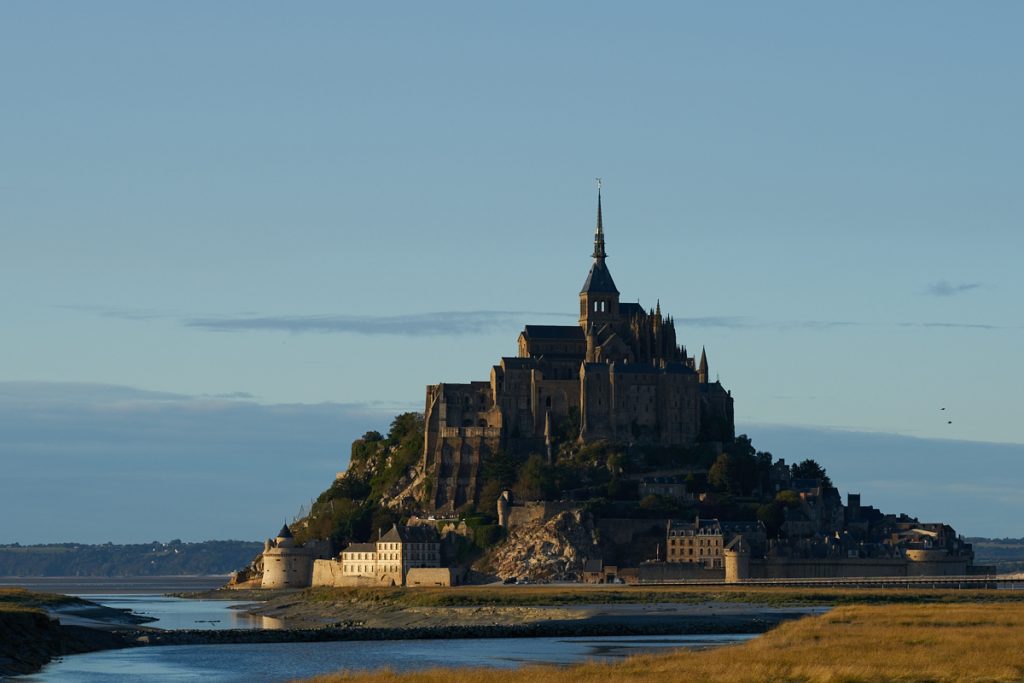 Then, after maybe 10 days, I have guilt feelings about owning 3 expensive lenses and only using one, and I switch. One example last week with Pascal. Before a business meeting, we went to the fabled Mont Saint-Michel. One serious evening shoot. I mounted the 85, because from far away I needed the length, and it stayed there for 85% of the time. Only when we got close did I finally mount my 55mm. Next morning before sunup, I got out with last evening’s 55mm. I should have mounted the 85, because once again we started from a distance, but I couldn’t be arsed. It was early, the night had been on the short side, I was grumpy, cold, and not relishing the thought of handling multi-thousand-euro lenses in the dark. So the 55 stayed on all the time. 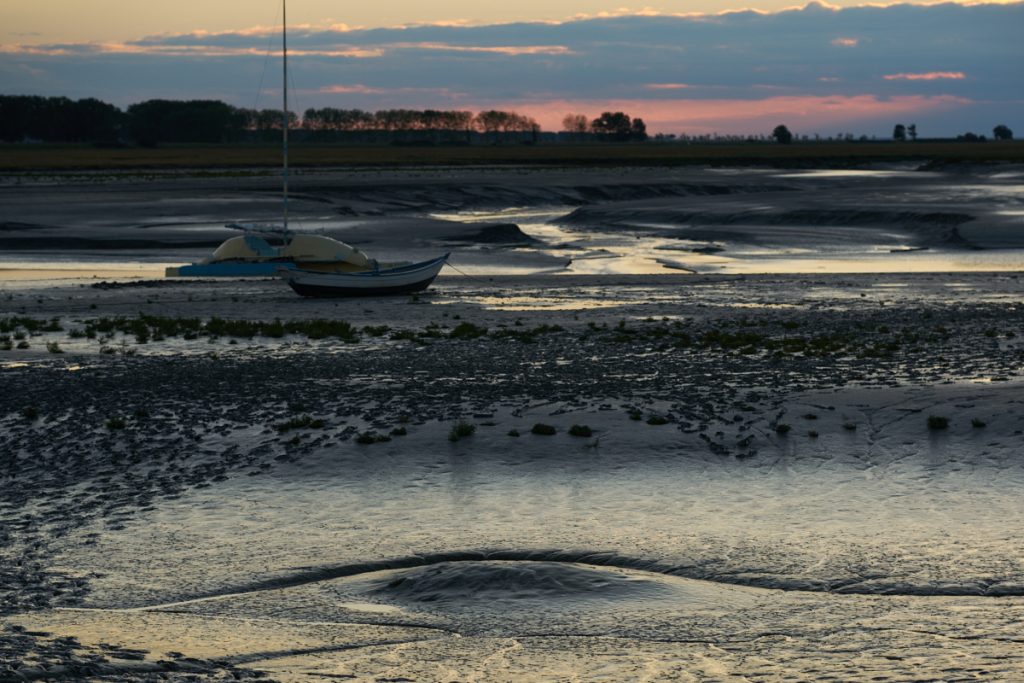 Once we were done, I thought: great, I schlepped my most expensive and heaviest lens all the way here (the 28 Otus), carried it for hours, and didn’t use it for a single shot. How ludicrous is that? So, out of pure guilt, when we left Cancale after some delicious crèpes -not standard Breton crèpes, but awesome Japon+Breton crèpes from the Breizh Café- I mounted the 28mm, which promptly delivered superb IQ. Next morning early, before work, I go out alone into part of the ocean floor left dry by the low tide, and thought the 28mm would serve me well, so I left the other lenses behind. That is when what I really wanted to shoot, 3 boats lying on their sides until the rising tide would raise them from the seaflloor, proved to be in far too muddy land for my ordinary sneakers to let me get close enough, so I would have enjoyed a longer lens, but I’d cleverly left them behind. 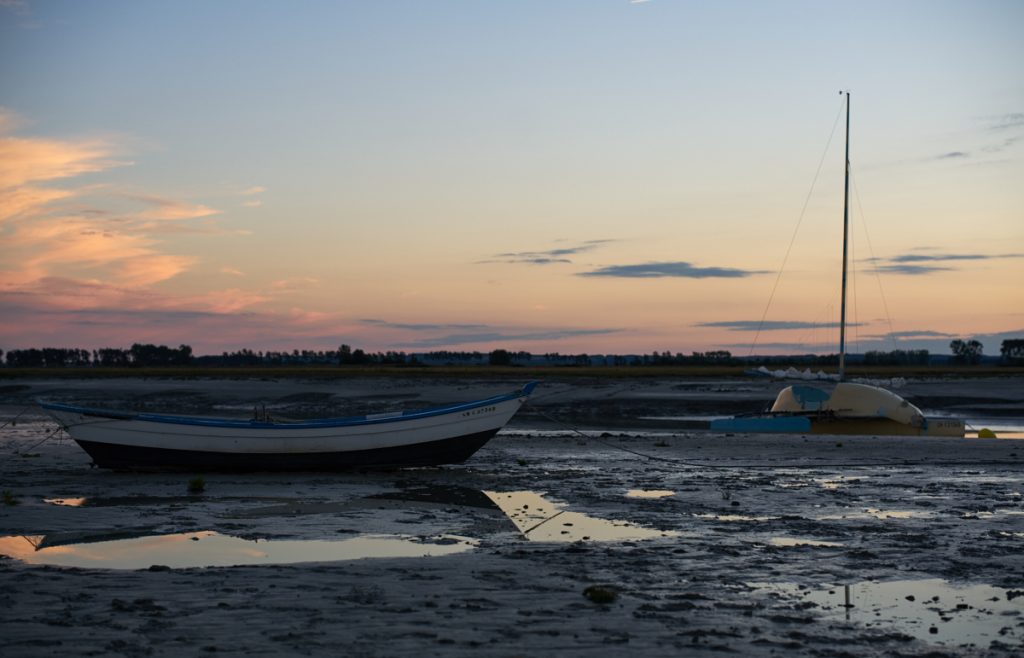 Next morning, I drop Pascal off at la gare, and put in some time shooting the harbour with the 28mm from the day before. Only on the way back did I switch to the 55mm. There you have it: 4 “serious” sessions, meaning planned and with great material, rather than just opportunistic shooting, one shot here and one shot there, and only 3 switches! Pascal had one lens less, for a grand total of 2, and I am sure he switched more often! Although, to be honest, he should be included in the can’t-be-bothered-by-too-many-lenses club, because he left behind a couple of really good ones, and with important FLs, without bothering to take them with him on this trip. 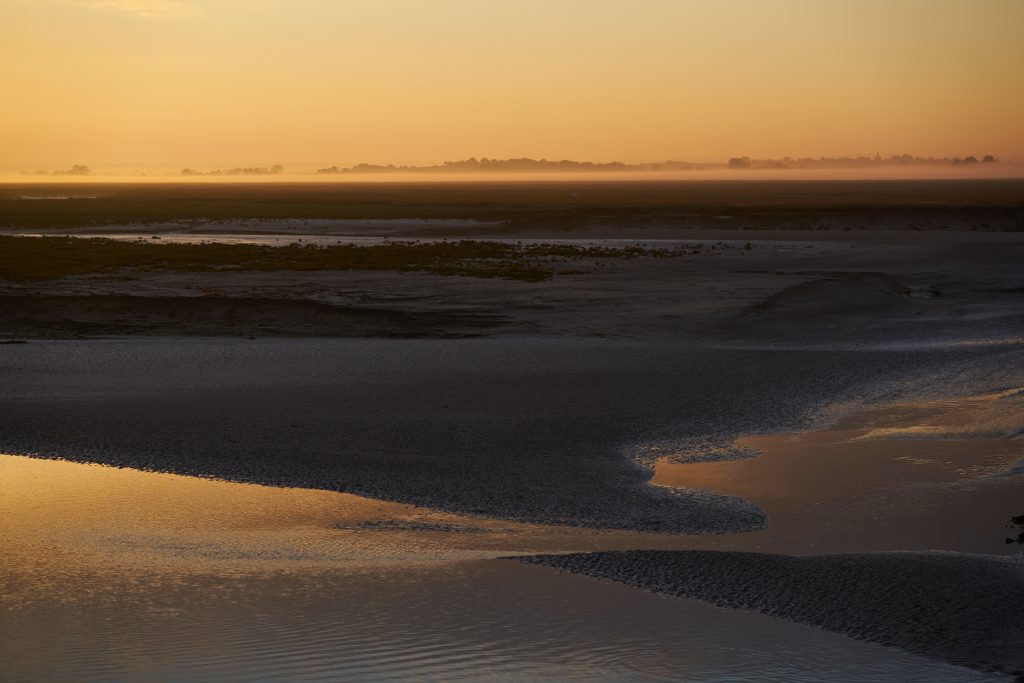 What does all this rambling mean? That I am a lazy old codger getting older? For sure, but not only. What it shows, and what I’ve known for quite some time now, is that I could happily live with fewer lenses. 2, for that matter, straddling 50mm. Like 28mm and 85mm. For me, wider than 28 becomes too specialized, although, if I tried hard enough I might learn how to make it work. And longer than 85 works, as proven by my love story with Long John (Zeiss ZF .2 135mm APO), but having only 28mm and 135 does feel like there would be a gap in the middle. So 35mm and 135mm would probably work for me. Or even one lens only, if it is somewhere in the 35mm to 55mm range. That, by the way, is not good for lens manufacturers, nor for chiropractors and osteopaths.

Fact is, in approaching the Mont Saint-Michel on the first evening, yes, I enjoyed the reach of the 85, but the next morning on the same walk, I used the 55 and didn’t lose a shot. And yes, I could have used the width of the 28 closer up, but again didn’t lose a shot. And when shooting the harbor of Saint Malo, my outbound walk was with the 28 and my inbound one with the 55, and I got pretty much the same tally of shots with both, and equally satisfying -or not- with each one. 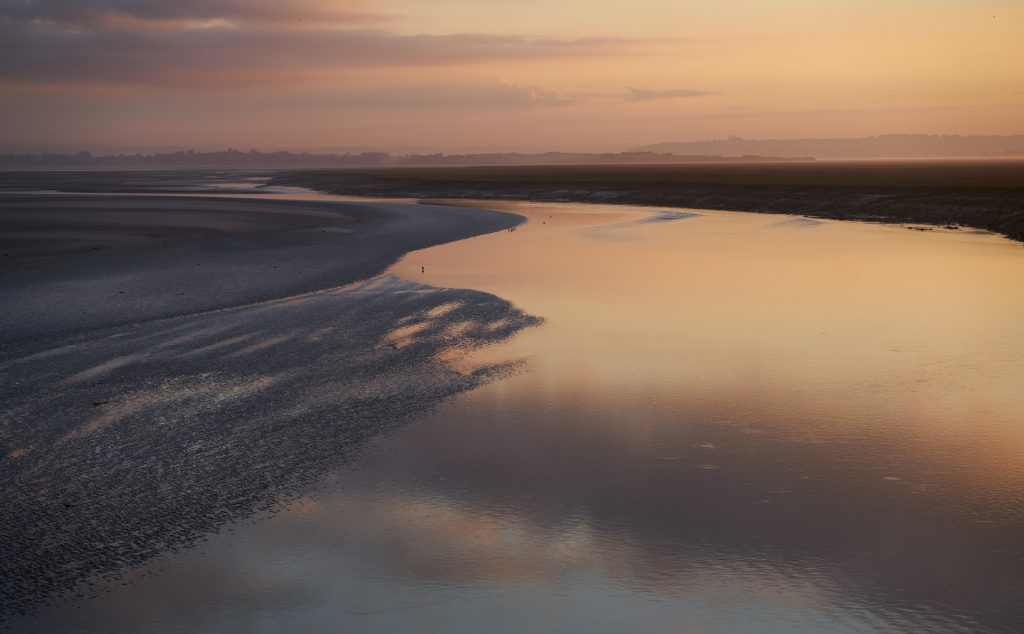 Because it is the latest and the greatest craze right now, I feel obligated to consider dumping my system in favor of a mini-MF based one. But, so far, I haven’t see the sort of lenses that would fill my needs the way the ones I have do. They would need to be fast to cover that segment of my shooting, and, so far, the announced Hasselblad lenses are slow (f:3.5, equivalent to f:2.8 FF), and only one Fuji lens promises to be fast (110mm f:2.0, or 78mm f:1.7 FF). Could I live with that one lens only ? I think it might be a bit long, but, give it time, and I am sure that Fuji and Hassy both will develop offerings aimed at parting me from my money. Meanwhile, Sony and Zeiss won’t remain inactive, now, will they? 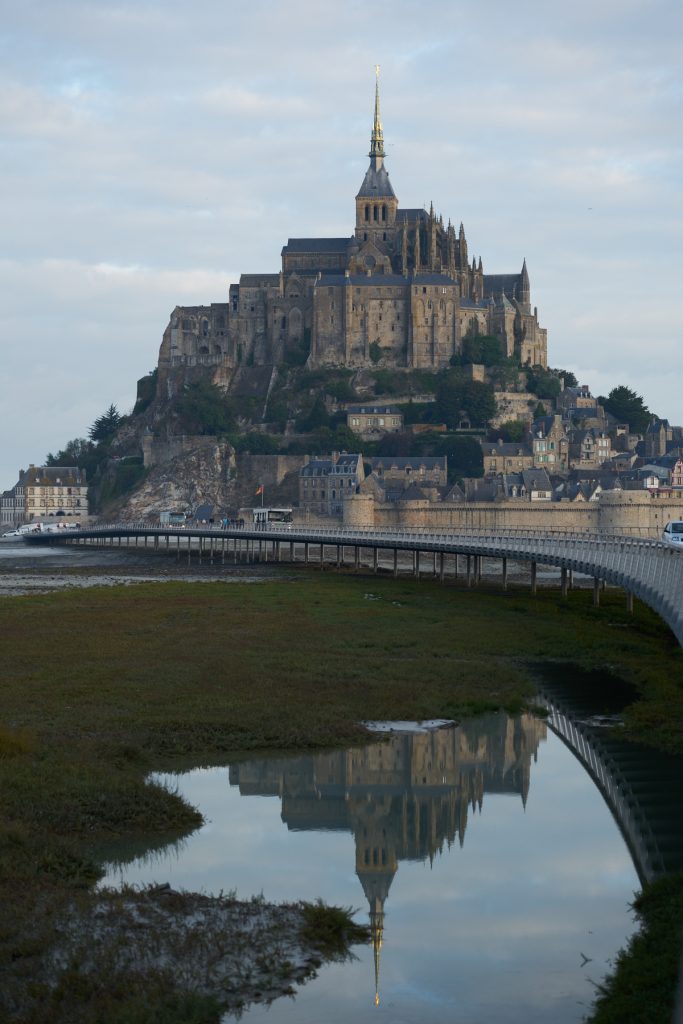 But why is it then that one prime lens can “do it all” for me, when most photographers feel they are best served with a zoom? The answer is: I can do it, because I have to if I have no other lens. Necessity is the mother of invention. And yes, it involves walking about and working the subject, and sometimes finding ways to tell the story with tidbits rather than with a full display. But, hey, if it worked for mighty Henri Cartier-Bresson, who only used a 50mm lens, maybe it can work for me too? Besides, from a technical point of view, having 42Mp means I can crop really, really deep and still retain useable IQ. That helps too, to be honest. 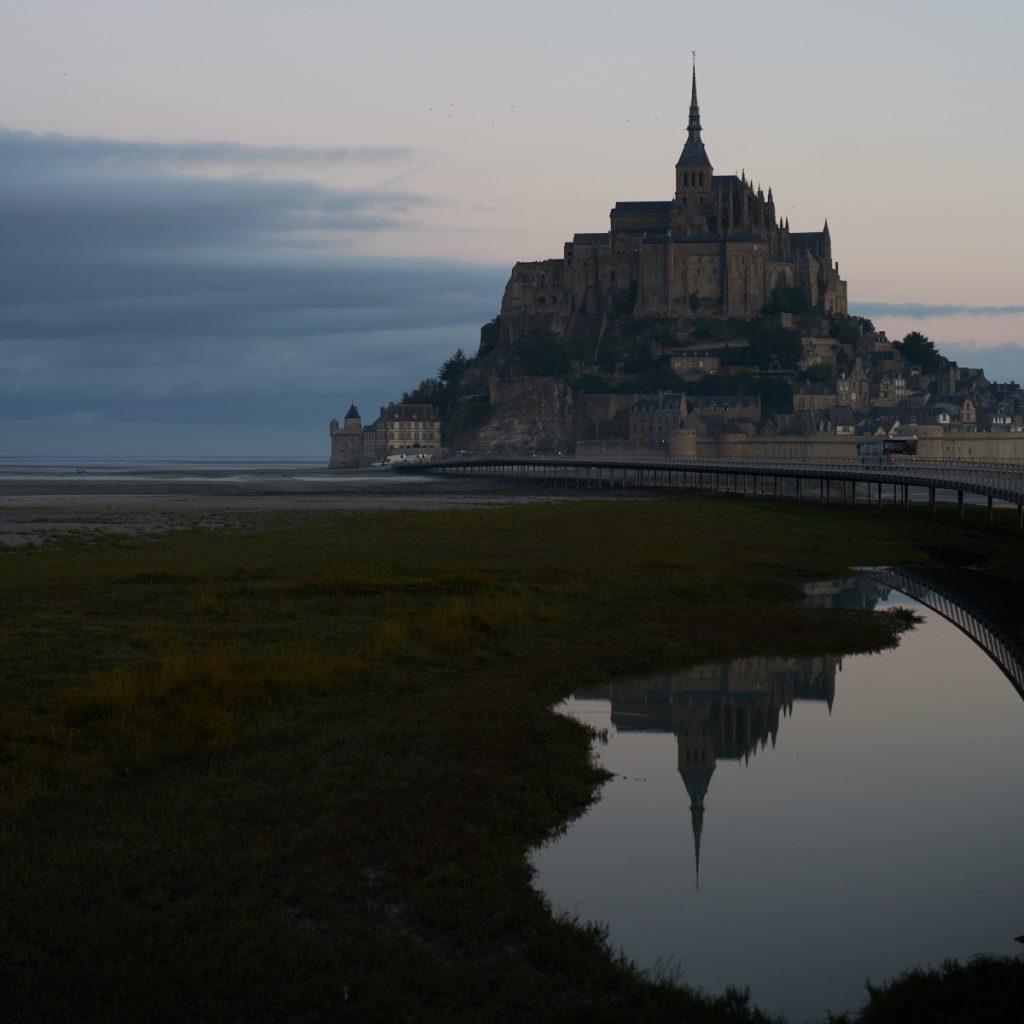 This morning, for the first time in donkey’s years, I left home with a very small bag (for me that is, though gear was still 1,5kg) and only one lens. Not only was I grateful for the lesser bulk and weight, but I didn’t feel underequipped. If anything, I felt liberated. No “obligation to have it all” anymore. I was going to do it “my way”. Because, strange as it may seem, the more versatile my system, the more “common” my shots get. The more I shoot the obvious, the optimum, the ID-cum-postcard shot. And when I can’t because my laziness hobbles my range of gear, I have to make choices, and the ones I make are individual. And my shots take on a personality that they lack when I am in a position to do the obvious. 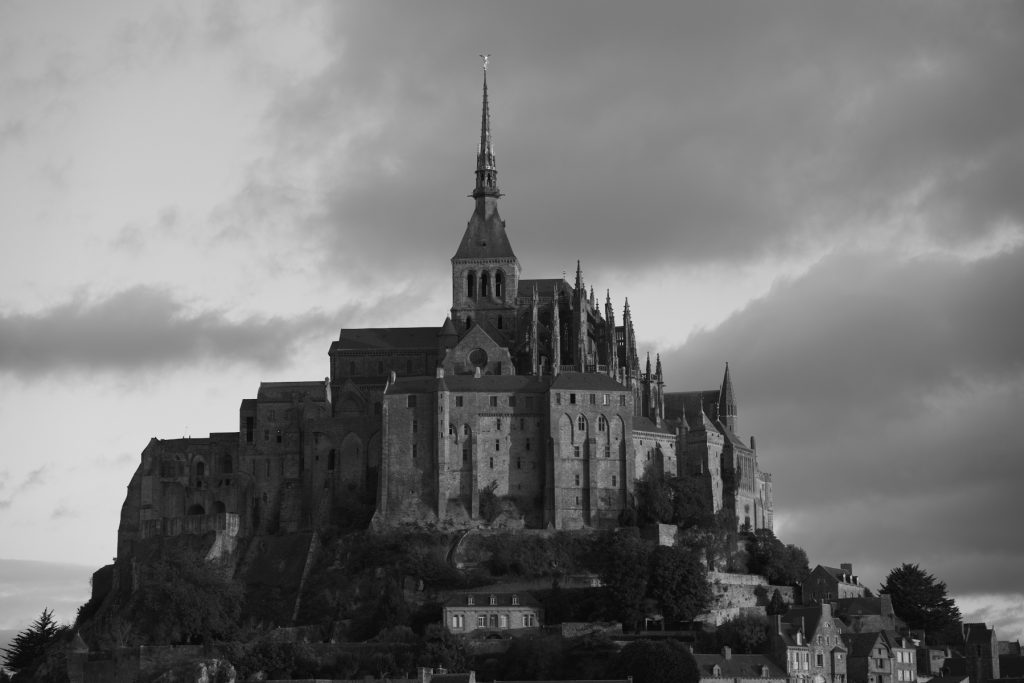 And lest you think that this is an ode to my out-of-the ordinary capability to do it all with just one lens, many others shoot cameras with just a fixed prime lens, from Sigma, Ricoh, Leica (the Q) or Sony (RX1). 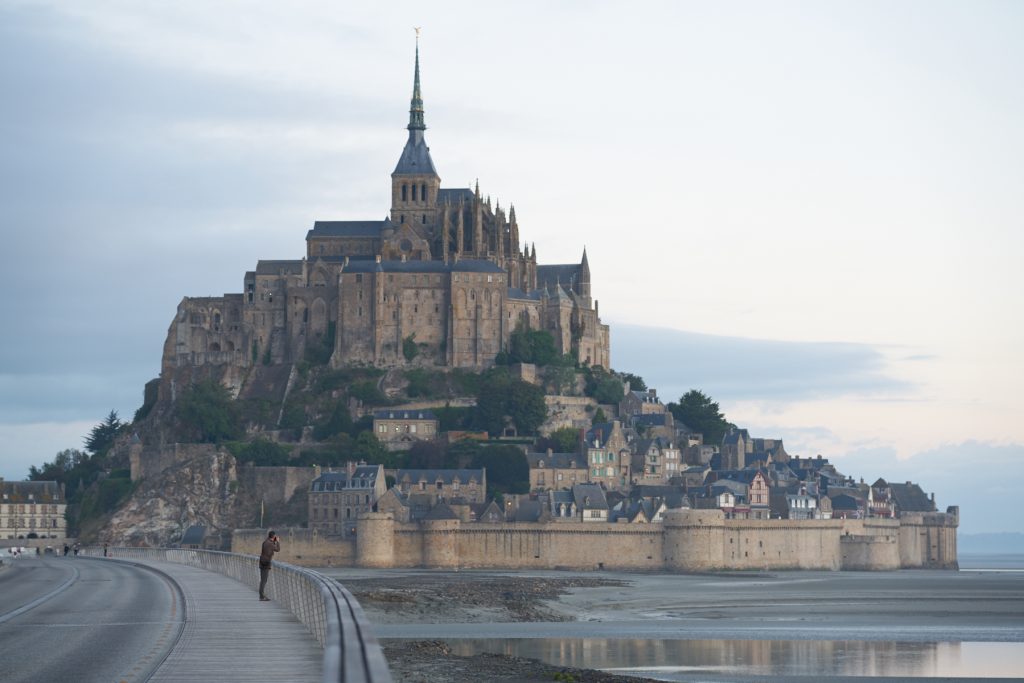 So, where does this lead me? I feel ready to go single-lens for everyday. Do I feel ready to go for a full landscape shoot? Not yet, but I will try, with my other lenses close at hand though. What gear could then best meet my needs? A mini-MF with fixed lens would be a dream. A Leica Q with the S sensor, or the RX1 with Hassy-Pentax sensor. Why do I have the strange feeling that, with more players than before going for the very high end of the camera market, someone is bound to do it? 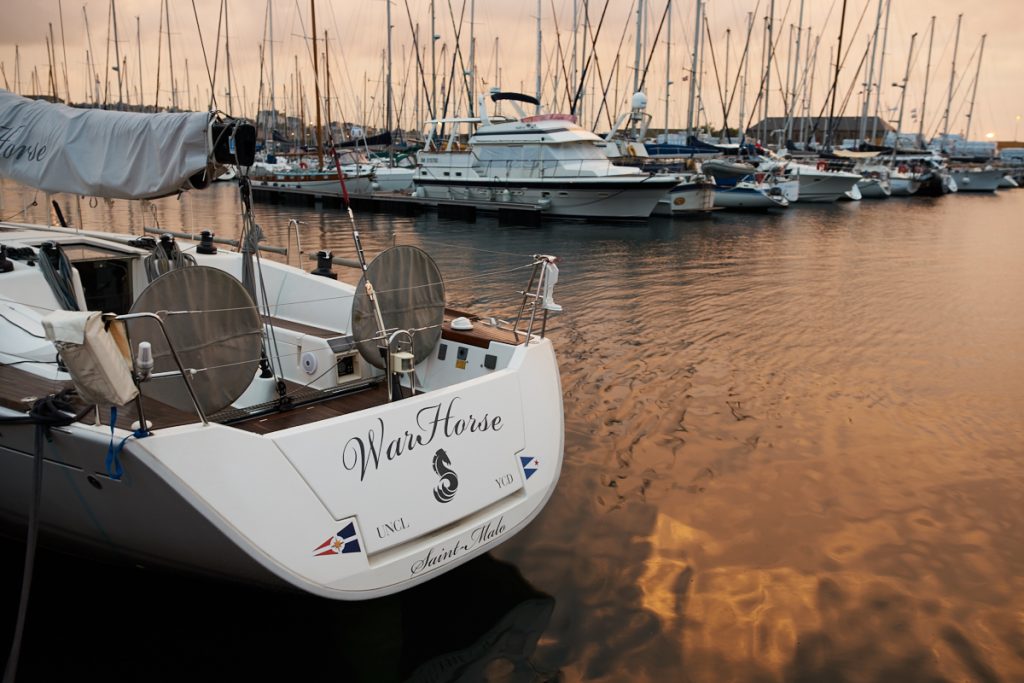 Oh, and the pics on this post? A random mix of 85mm, 55mm and 28mm. Sort out which is which if you care, which frankly I don’t. But your feedback, as ever, is much appreciated. 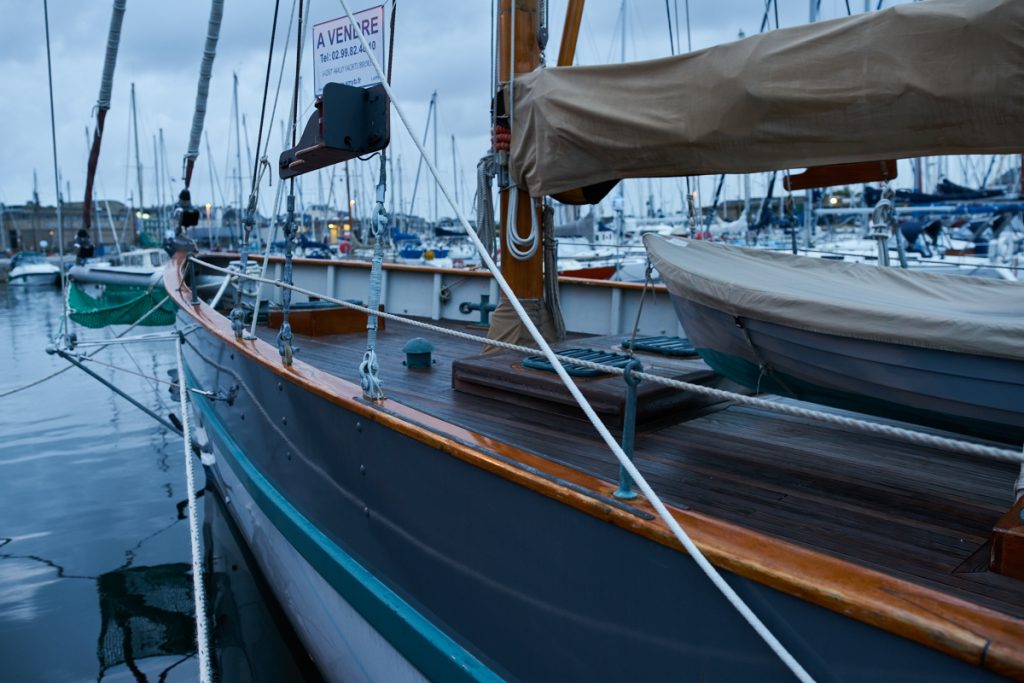 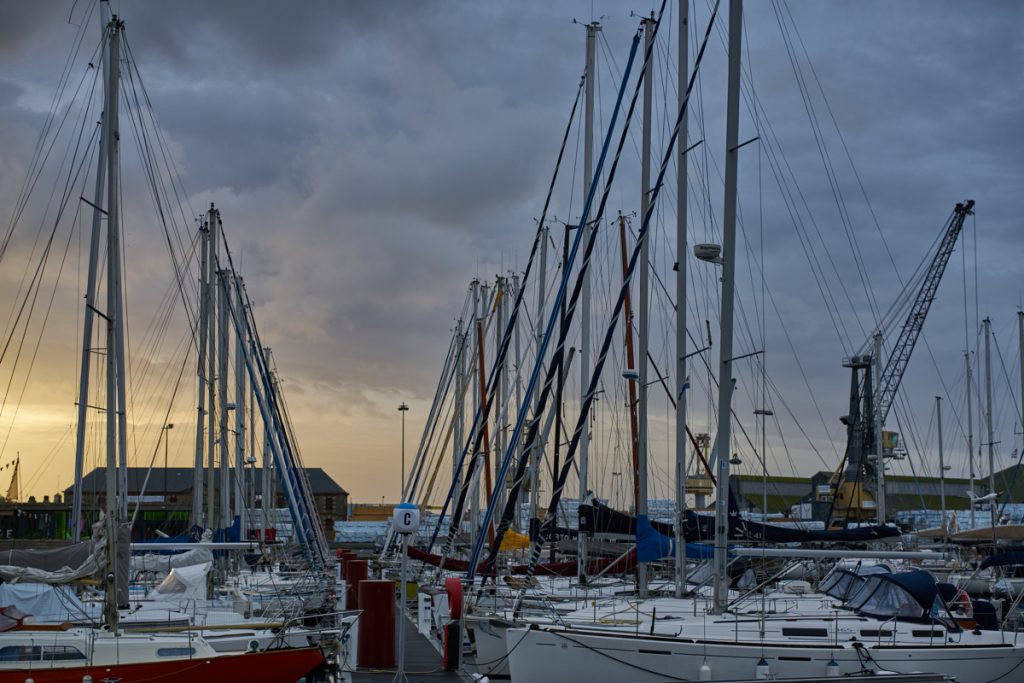 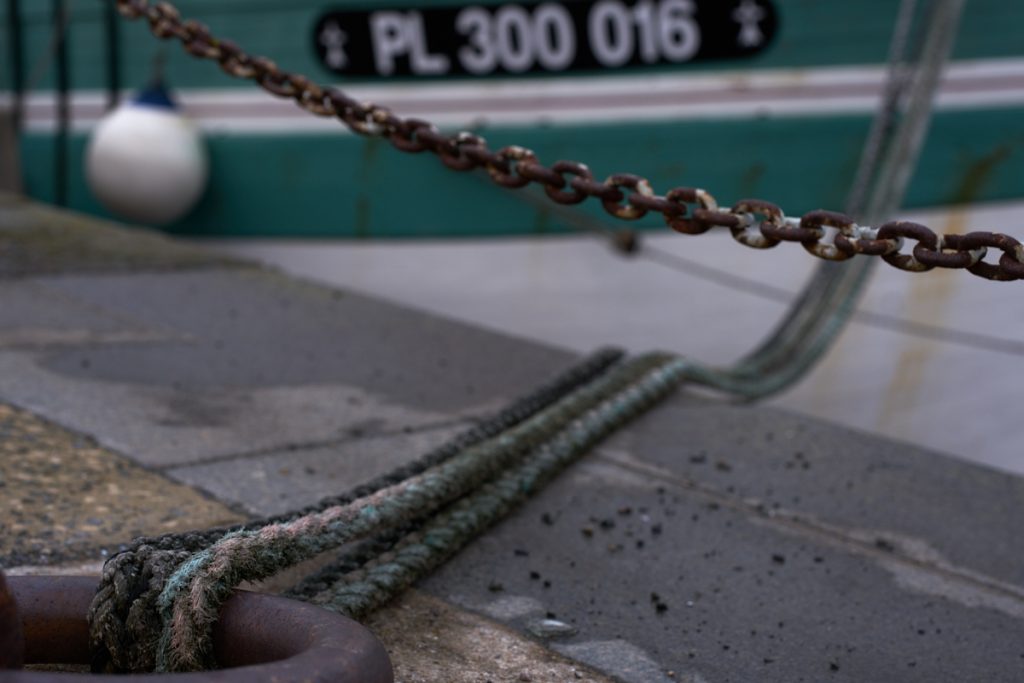 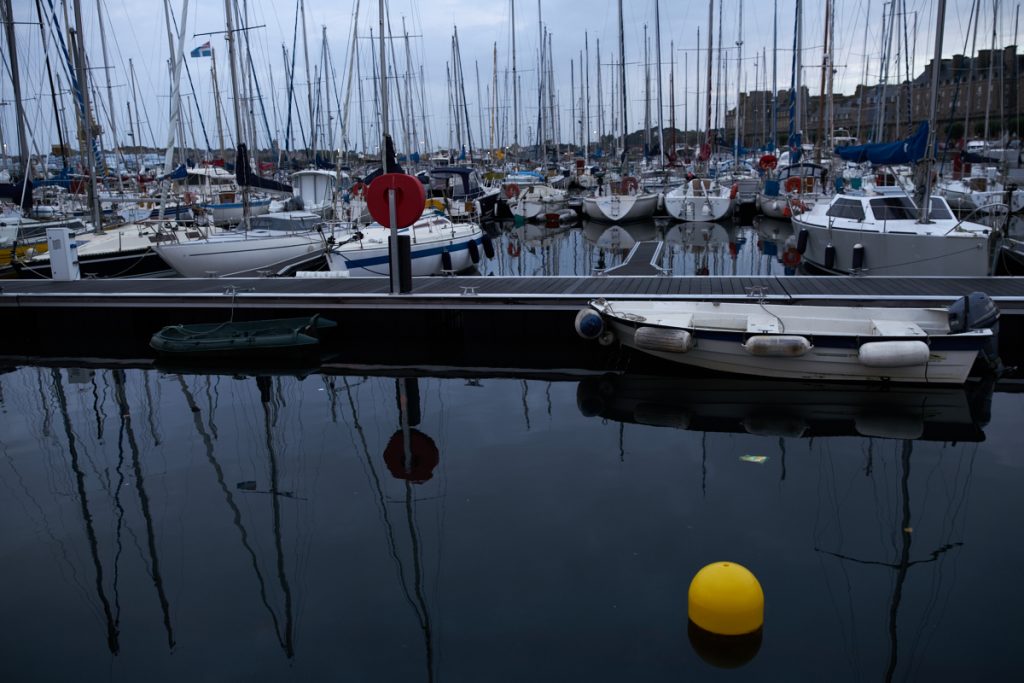 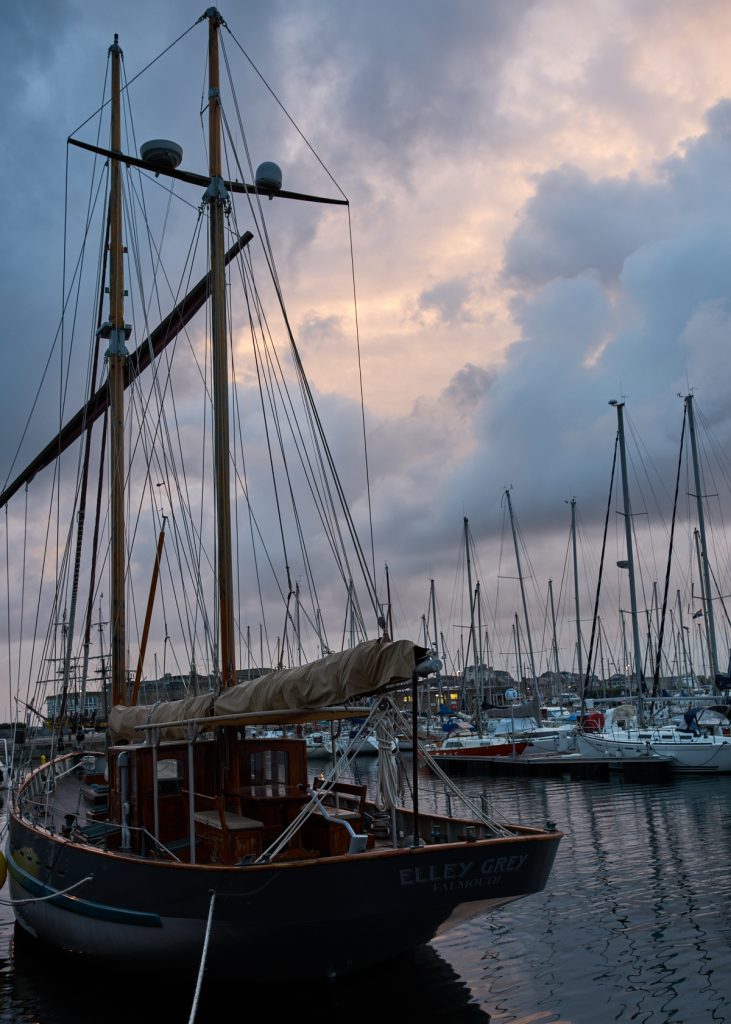 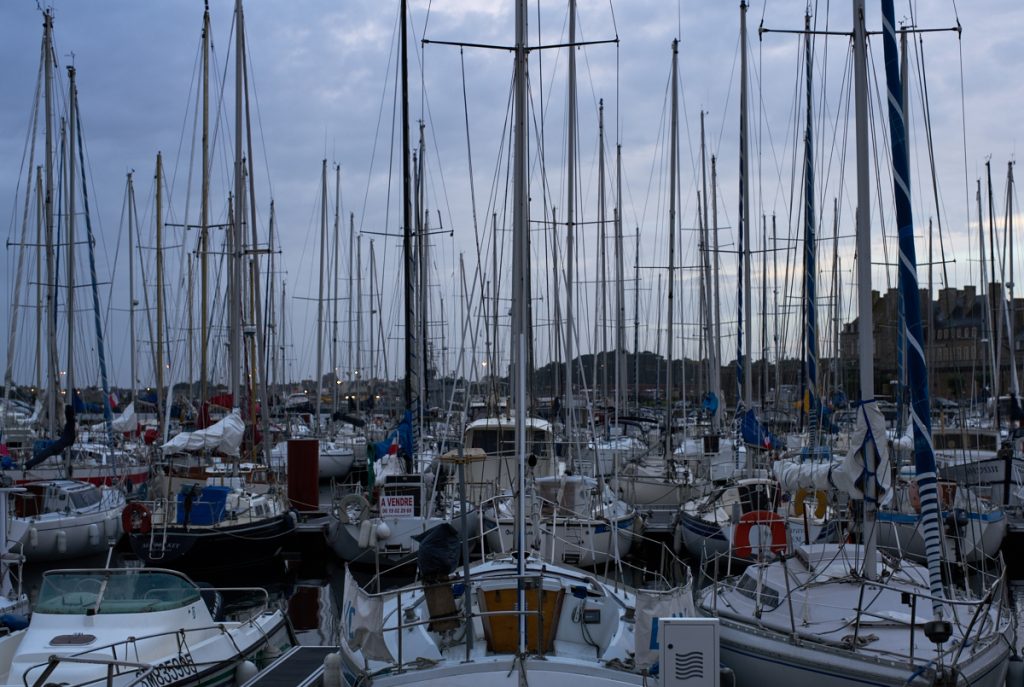