#509. Mona Lisa photography? (because a more descriptive title would include the word “arum”, which rhymes with “scarum”) 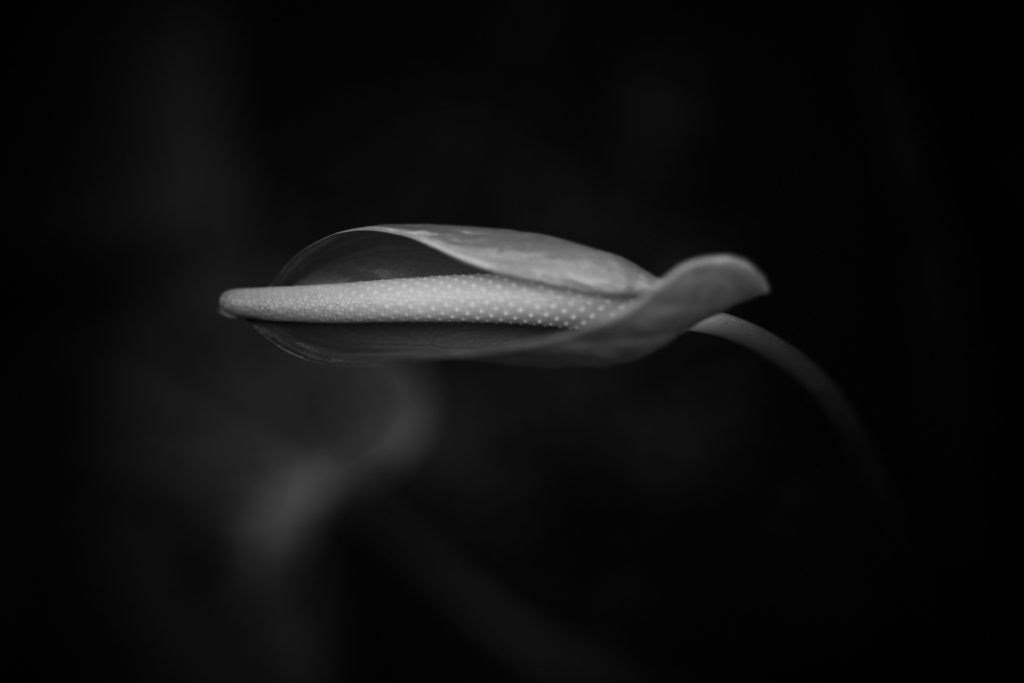 It is said that Leonardo da Vinci never really considered that he’d “finished” his painting known as the Mona Lisa. That he continually studied it, and, at times, perfected it. 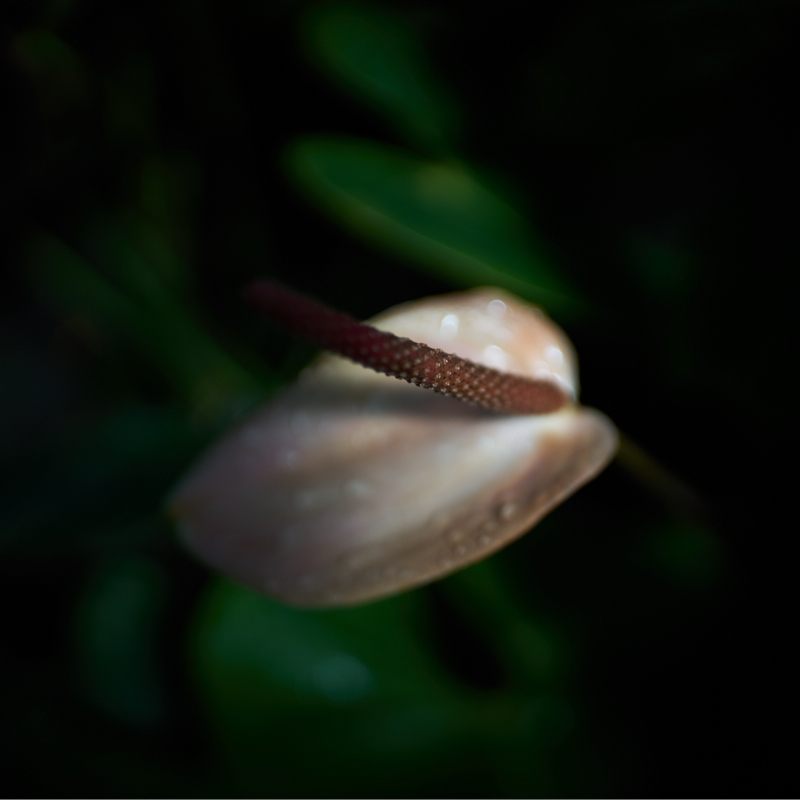 You’re thinking: he’s gone off the deep end. Comparing himself to a photographic Leonardo. What is he going to do next, show pictures that can only be viewed in a mirror, like Leonardo’s writings? 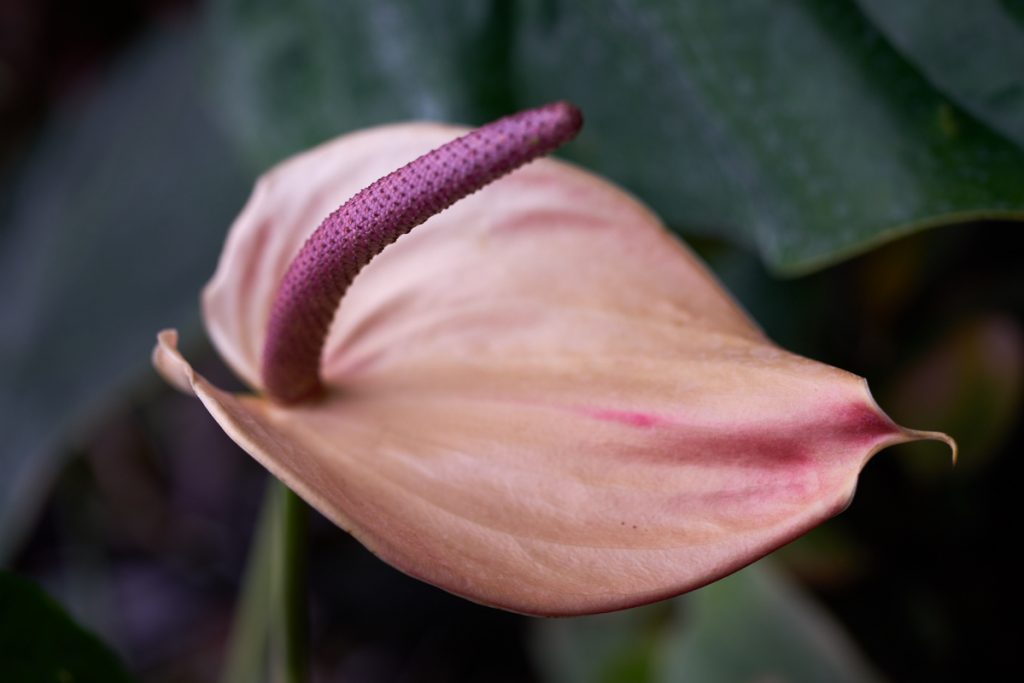 Actually, it is not that bad. My reason for using the Mona Lisa as a reference is that it is a small painting, but even something that small was considered worthy of endless work from such an intellectual and artistic giant. 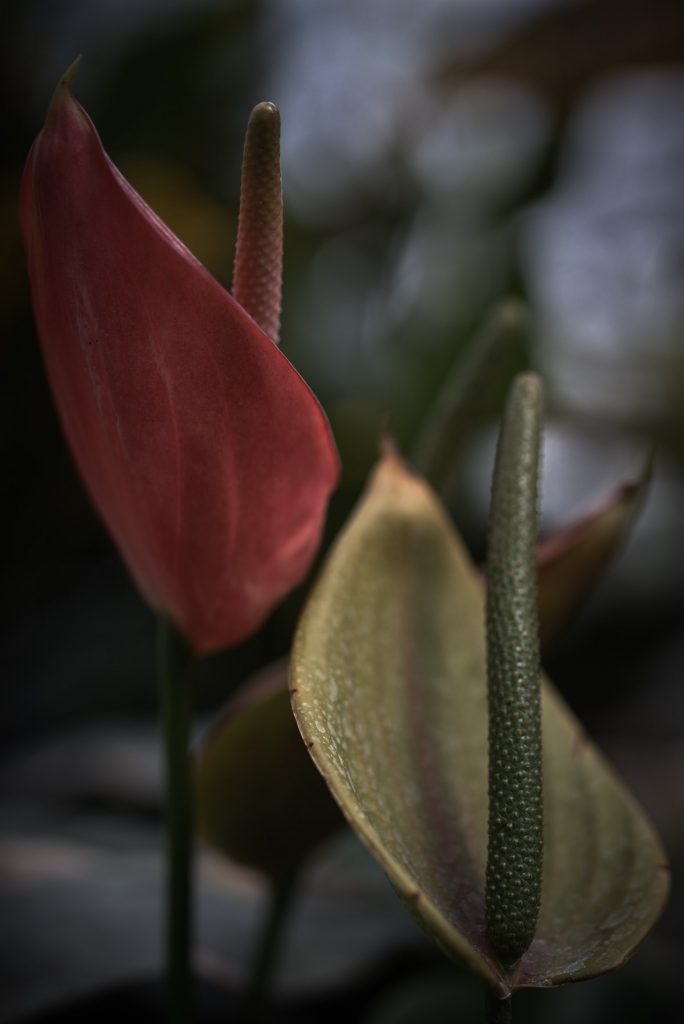 For family reasons, I find myself frequently close to a botanical garden that encompass a series of greenhouses. And one of those has plants known as arums, with very stylish flowers. Though, if truth be told, most of them carry a very definite -and pungent- stench. So, with my usual mix of lazyness and curiosity, I found myself visiting it once, then more often, and, of course, taking some pics. You see, things are beginning to right themselves. After starting off with Leonardo, I am actually inhabiting a space saturated with vile odors… But worry not, they do not impregnate my pics…:-). But you do understand why Mona Lisa makes a more compelling title than a stinky flower…:-) 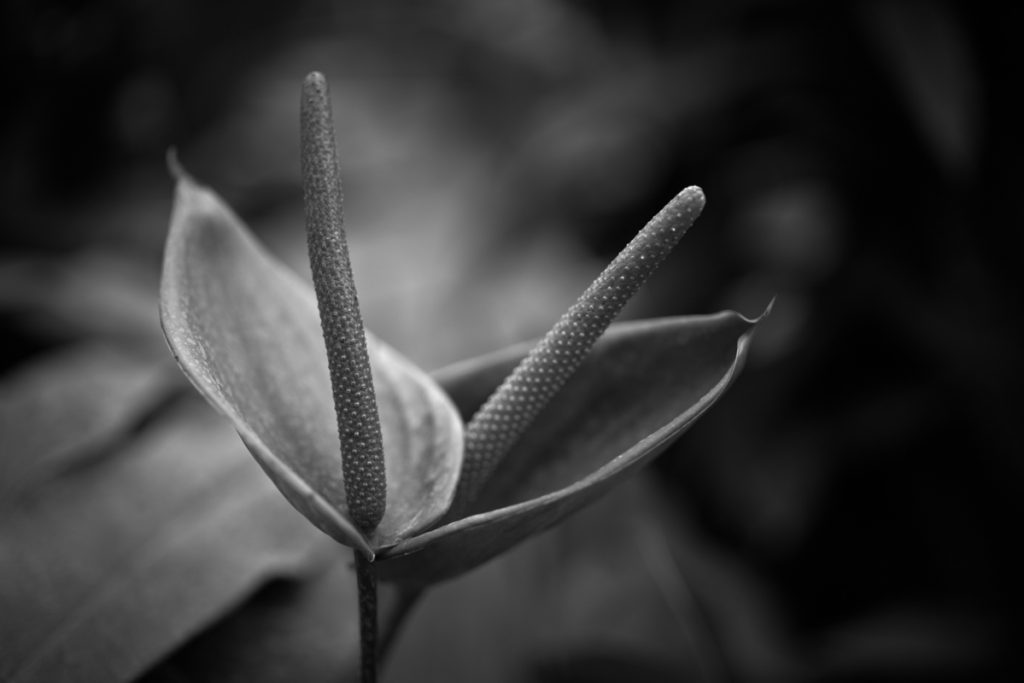 This year, I must have been there maybe 15 times. The flower count can’t have exceeded 30, out of which only maybe 12 were suitable, depending on look, position, background, etc… 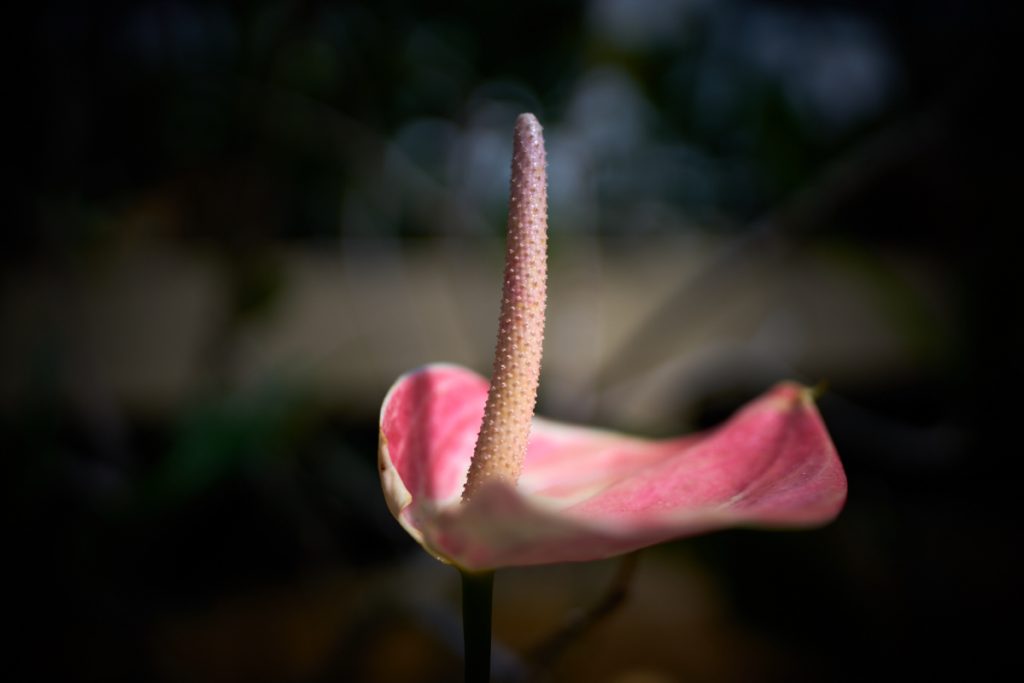 And while Pascal dignifies me with countless gems from his glorious Provence, in returm, I send him more arums. A study in the minuscule. A subject done over and over. Before, there is no way I could have seen myself doing that. But now, I think, as I drive by, can’t I stop for 15 minutes, if I am almost sure to get one, or more, shots of such great -and ephemereal- beauty? And I stop. And Pascal has to endure more shots. 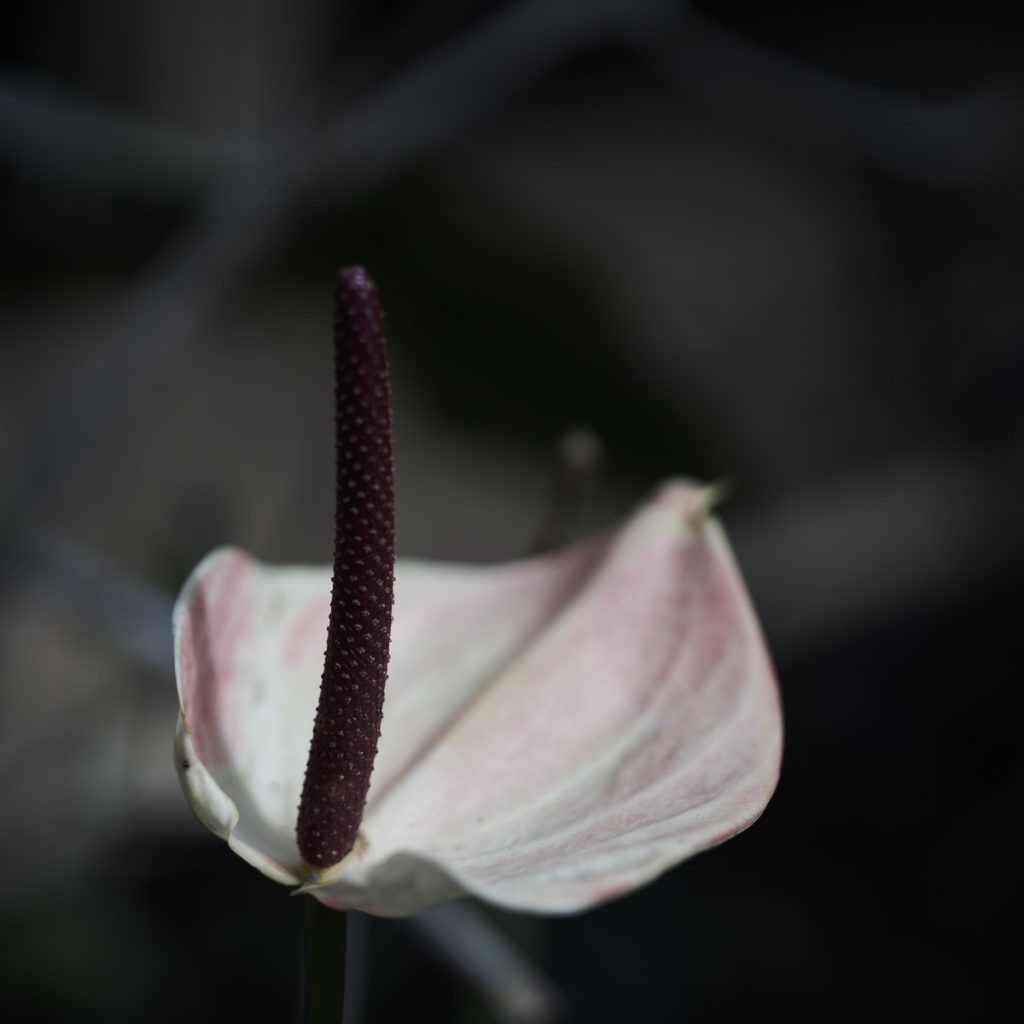 Being the super-nice chap that he is, he tells me that I ought to make a series of it and, eventually, I get to think that he might not only be nice (a plus in my book), but he might also be right (a big, big minus in the same book, because I claim a monopoly on being right!) 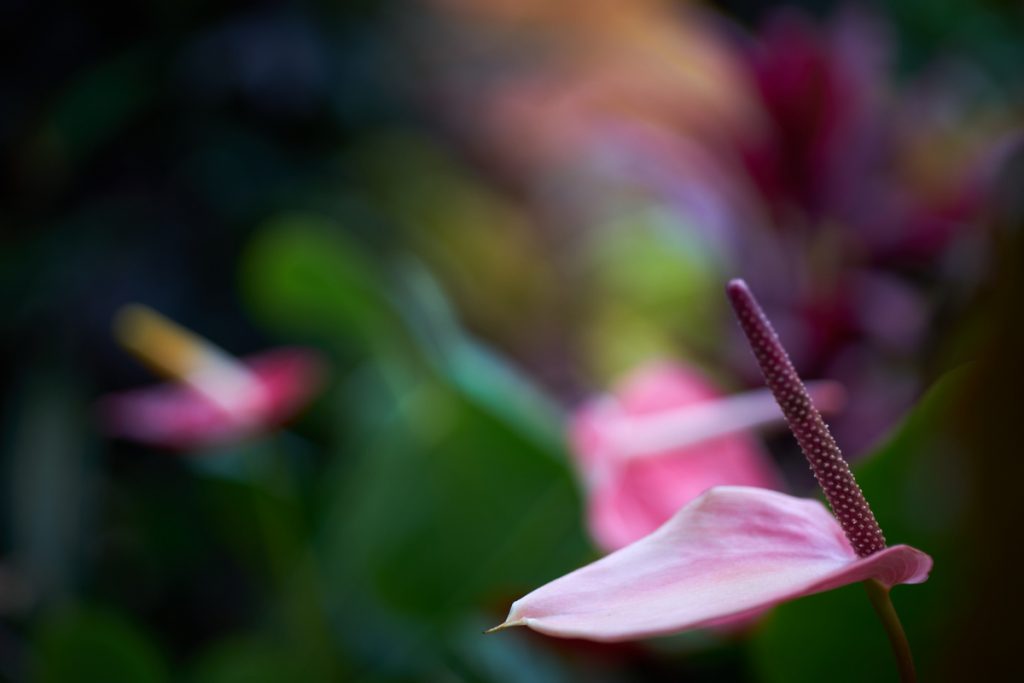 So there we are. A photographic stage that is very small, and cluttered, with only cramped and often awkward shooting angles. Limited material, with only some 12 flowers to choose from over a few months. Difficult conditions because the air is not only making me wish it only smelled of rotten eggs, but is also very hot and humid (it is a greenhouse, remember?) 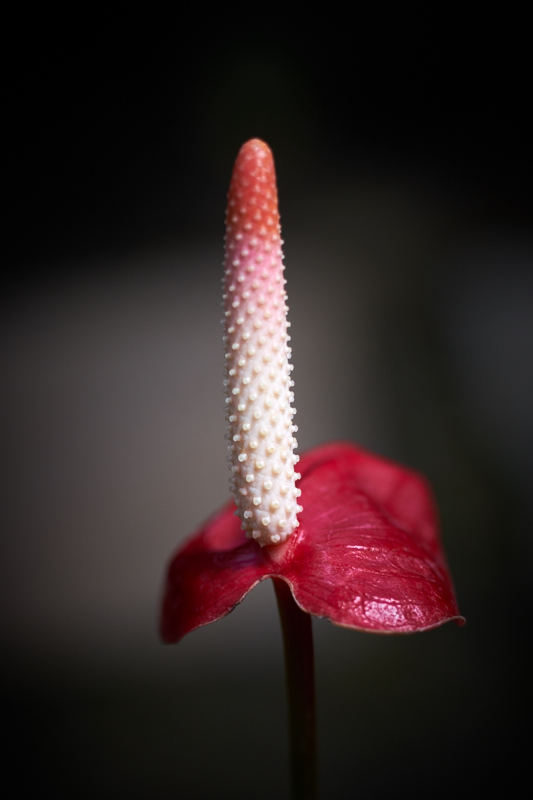 The result? Pascal was right! Oooh that hurts! From which I draw 2 lessons. 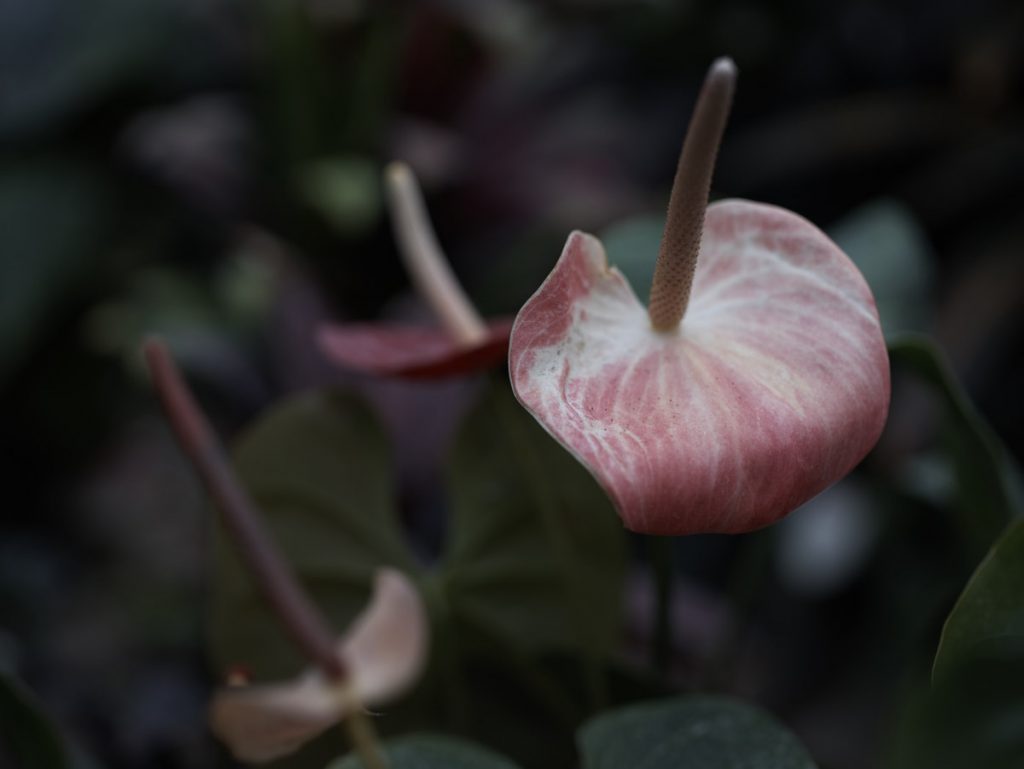 One is that natural beauty is an endless fountain of opportunity, and not necessarily in proportion to size. Actually I have yet to compete for floor space with anyone else, though of course there are smartphones galore, and I have seen serious photographers in other parts of the botanical gardens. Including a very goth-looking girl who used a Sony A7 as a light-meter for her 6×6. So it is actually a lot less crowded than Iceland, the Lofoten or Patagonia…:-) And a bit closer, too. 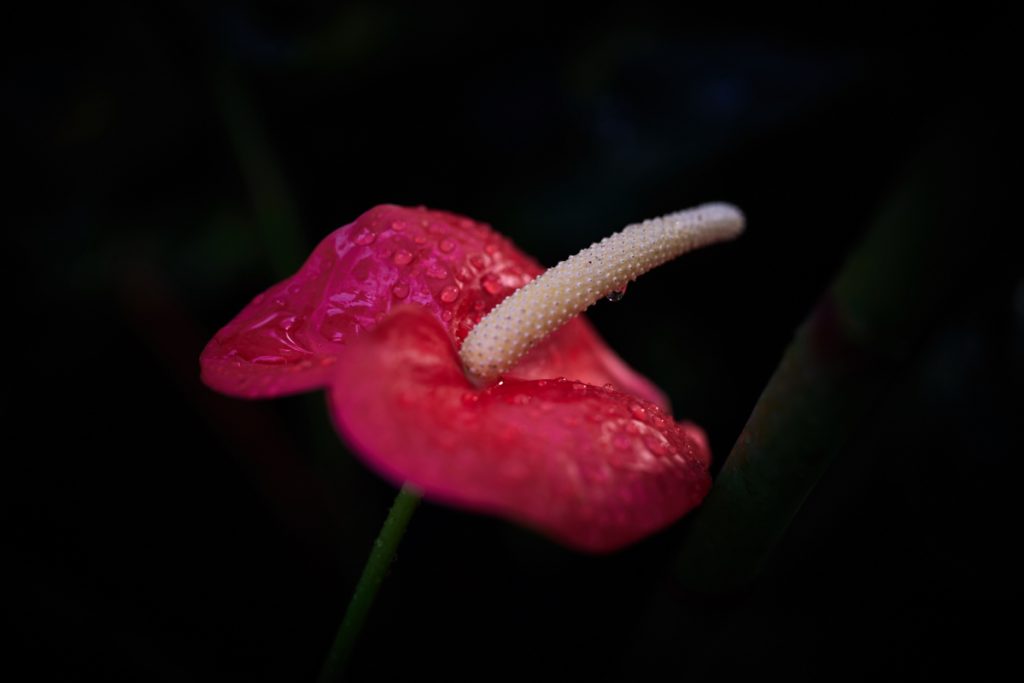 Two is that like other art forms, photography does not necessarily culminate in very large form, and that -ugh- more work, and yet more, and more work, is a very good idea. 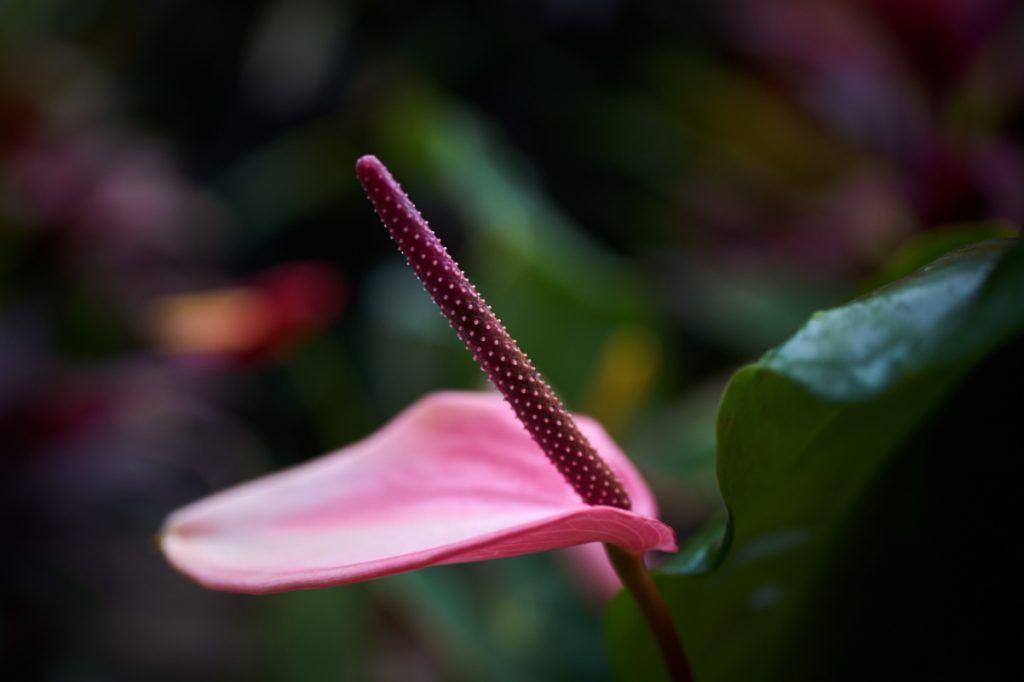 Now I am not going to get into a gear discussion, but let me tell you that most of those shots were taken at my lens’ MFD, or even closer with the help of a helicoid adapter or an extension tube, and with a very wide aperture (most at f:2.0, some at f:1.4, none at less than f:2.8 so, for this job, only very serious and motivated lenses need apply..:-) 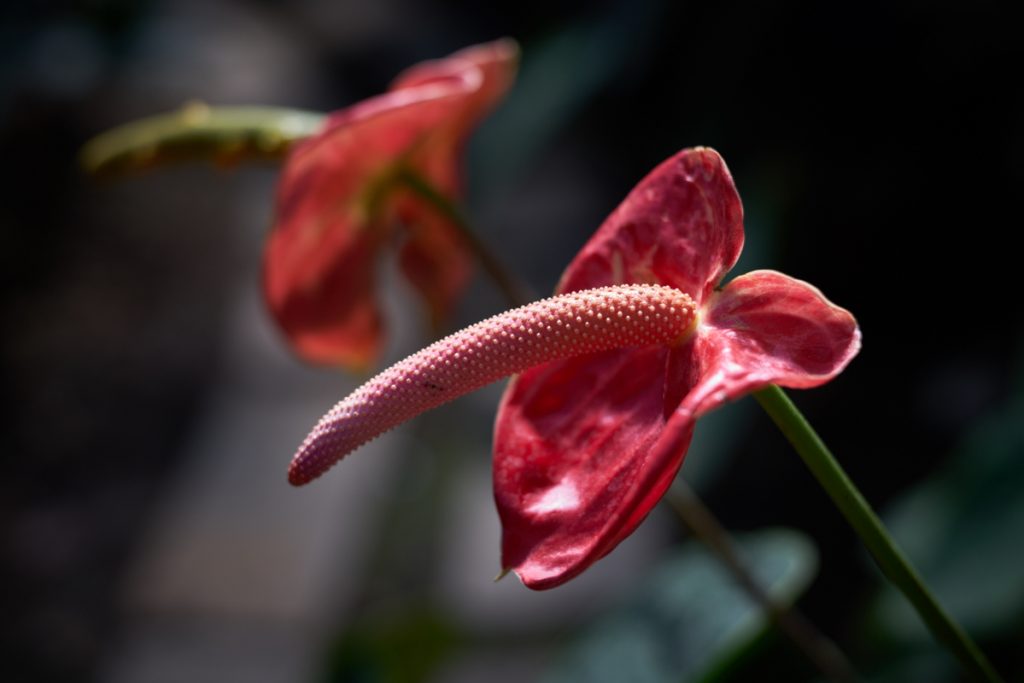 But if anyone is/are interested in how to manage to get some aesthetic/artistic hold over a subject like this, despite the many “givens” of the shooting conditions, then I might be convinced…. 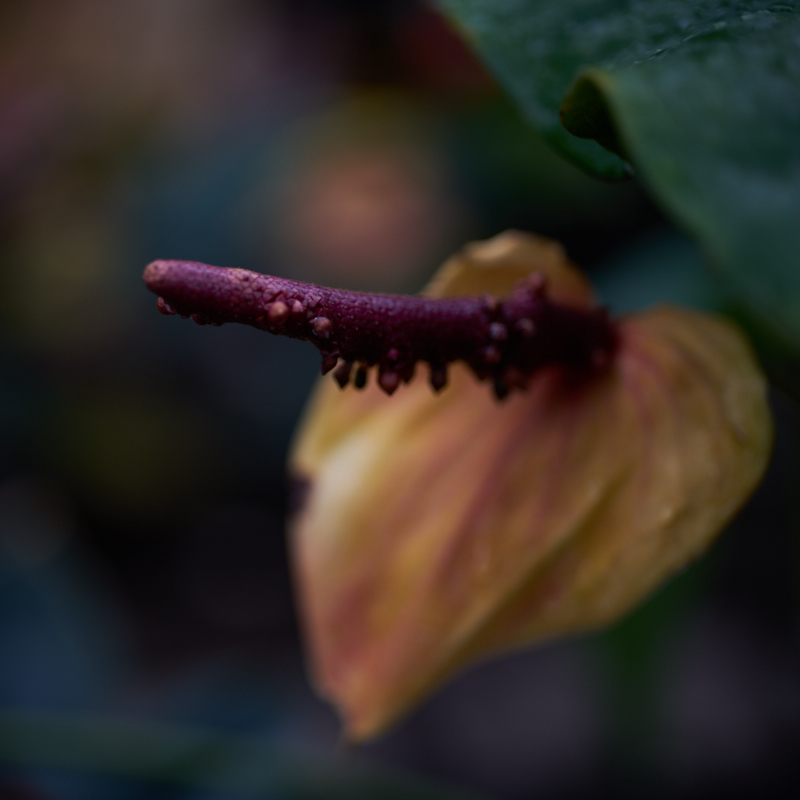 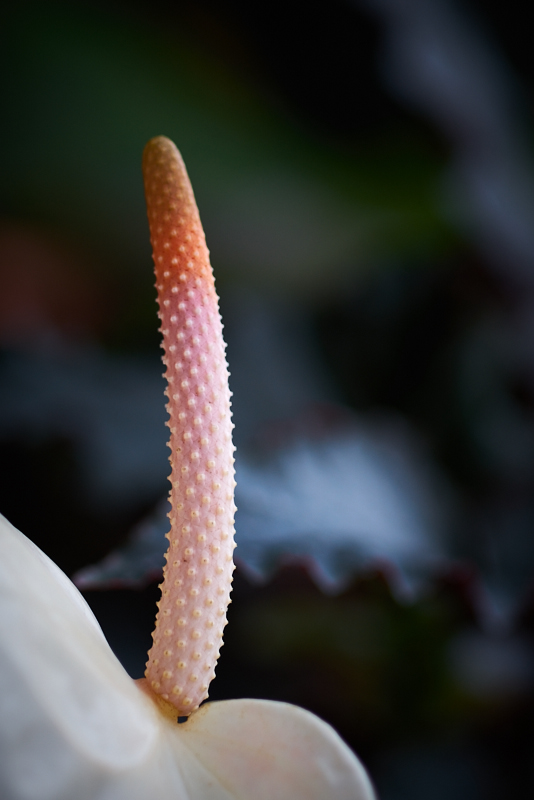 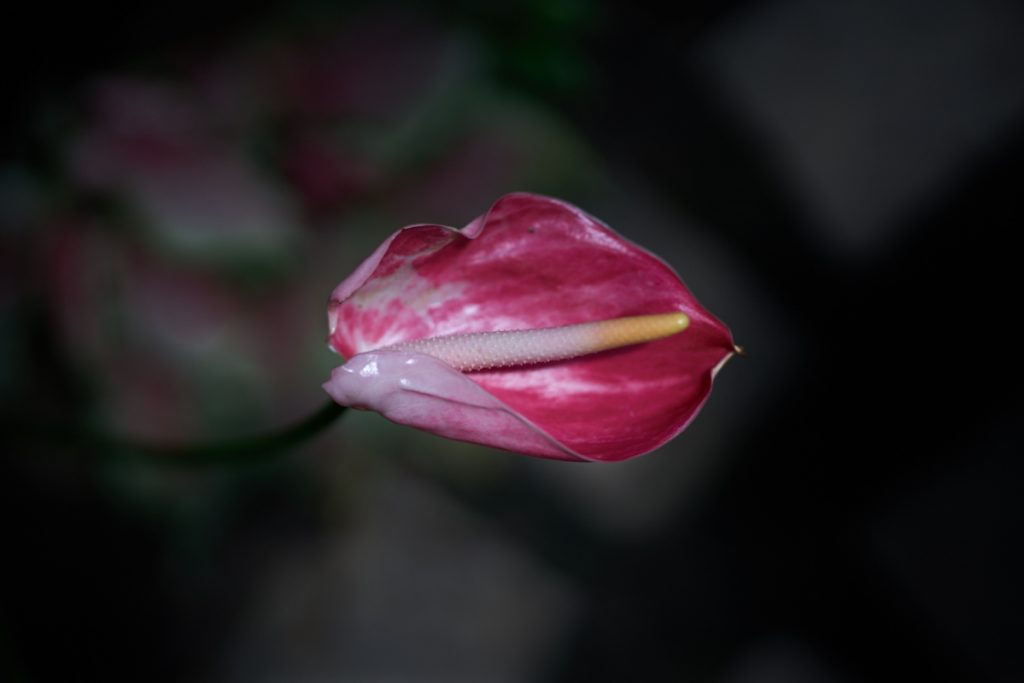 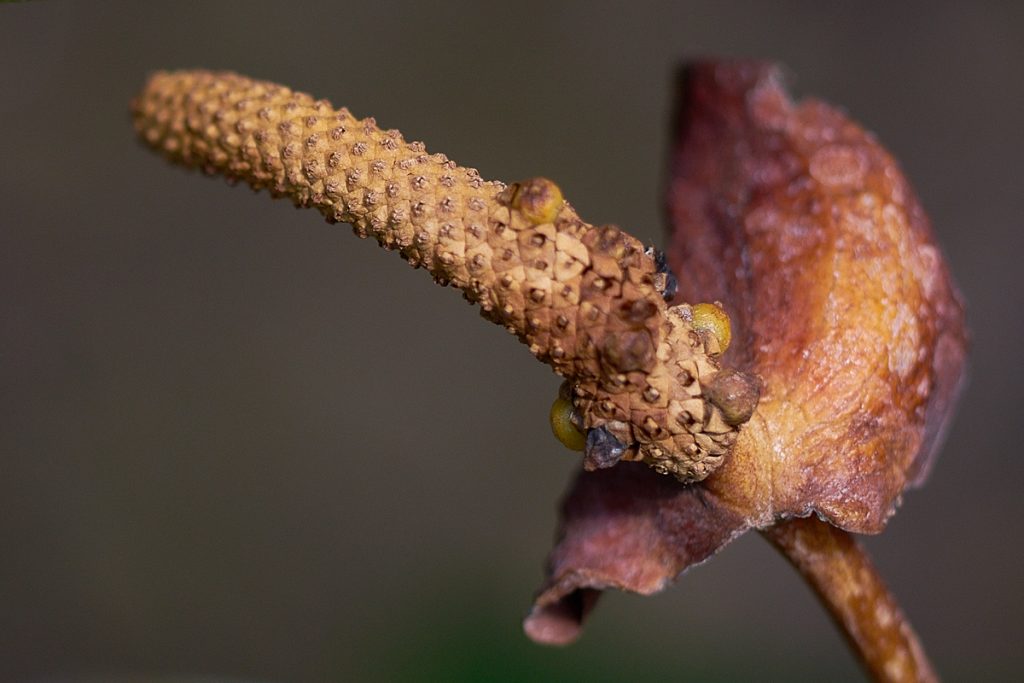 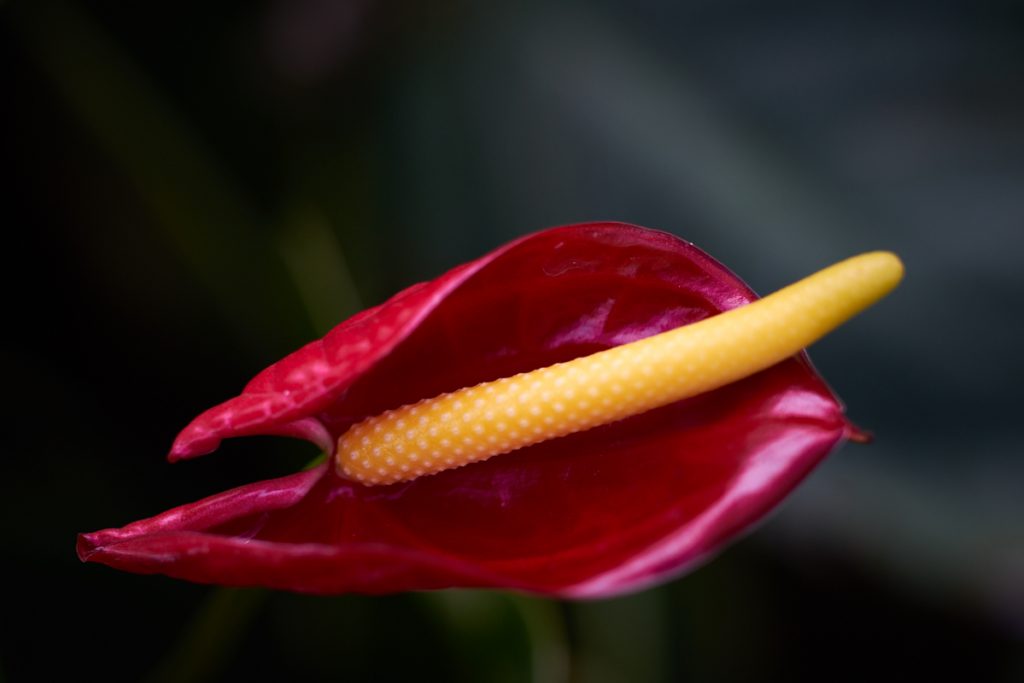 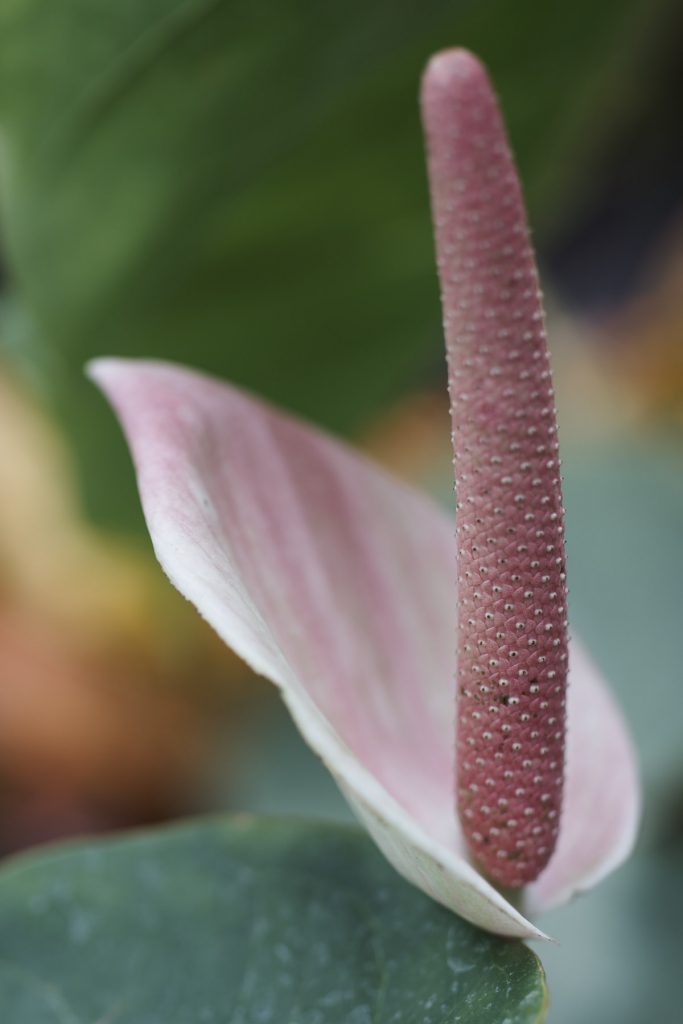 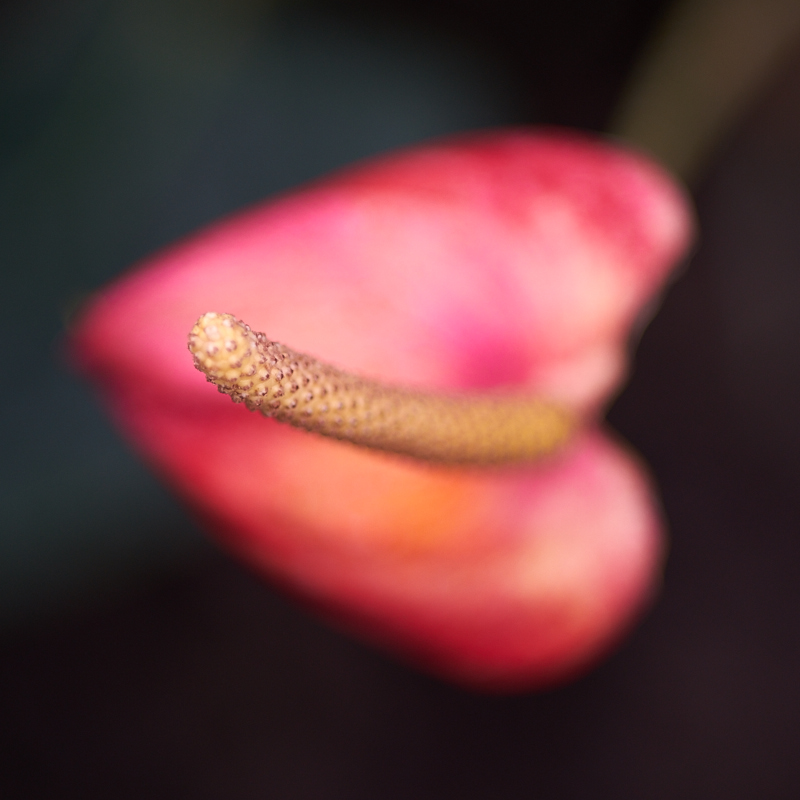 Previous Post #508. Blind Photographers, Dynamic Range and Photographic Creativity Next Post #510. Of Smartphones and prints. Back to the future ?