#506. “Are we there yet, Dad?” The smartphone photography revolution is near !

So, are we there yet with Smartphone photography ? 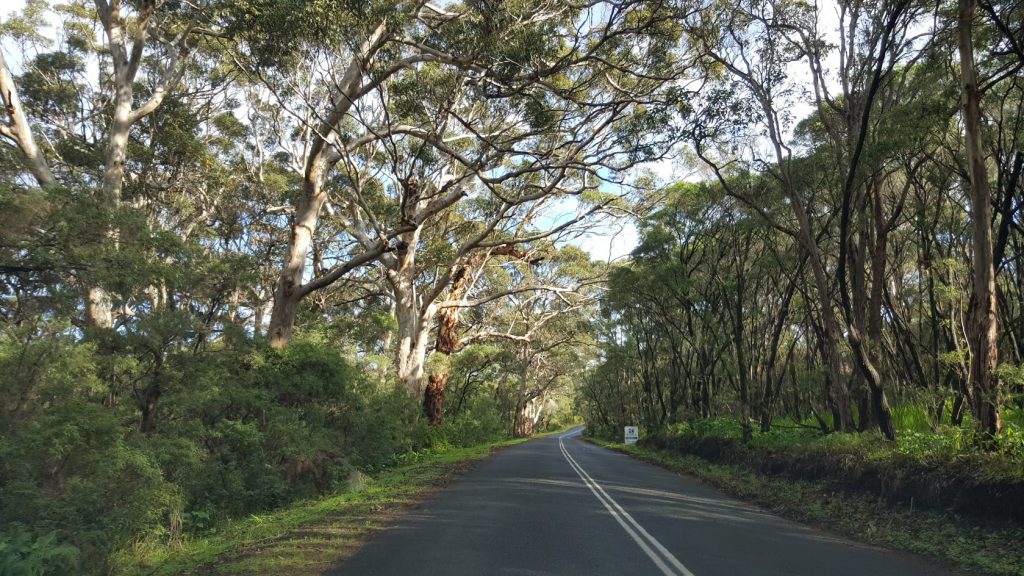 Short answer: no. Slightly longer answer: but the camera inside our phone is less and less the reason why. 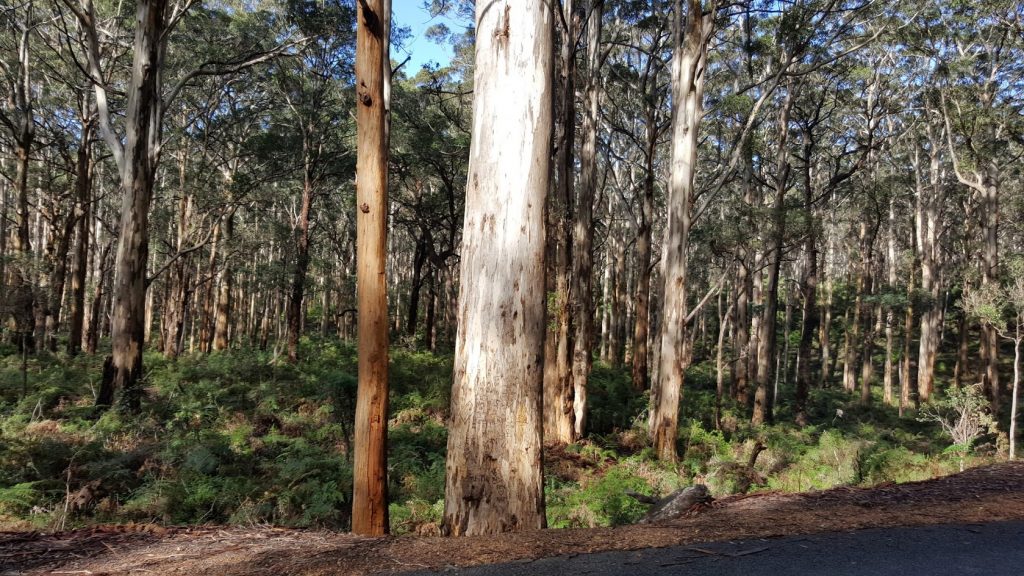 Most of the photographs on this page are made with my Samsung Galaxy S6. An expensive Smartphone 18 months ago, now superseded by the S7 in the same stable and probably several others from LG, Huawei, Sony, Apple, OnePlus, and others.

Most of these phones cost around 800€ in my part of the world (and only half as much for the OnePlus 3). A couple of years ago, that seemed like a crazy high amount of money for a phone with a lousy camera strapped on and a few silly games added to sedate the commuting world.

Today, 800€ feels like a symmetrically crazy low amount of money for a very decent camera + book reader + an OK computer + super screen + payment tool + GPS + a music archive + a wealth of productivity tools and … oh, yes, a phone. Although, in civilized countries where the Internet is available in the streets, SnapChat, WeChat, Messenger and dozens of other apps make that last part redundant. Phones are only phones any more for third-world countries such as mine, where the Internet is still considered a luxury and/or a source of illegal misbehavior, not an element central to their economic development. So yes, for those countries, Smartphones also come with dials and contact phone numbers, at no added cost 😉

And the perceived quality to price ratio will only get more favorable in years to come as :

(1) The phone market segments into more clear niches (6″ notebooks being a particularly interesting one for photographers, for instance).

(2) Prices for cameras continue to climb and accessory costs (disks, computer power …) to rocket, fueled by a pointless megapixel race. 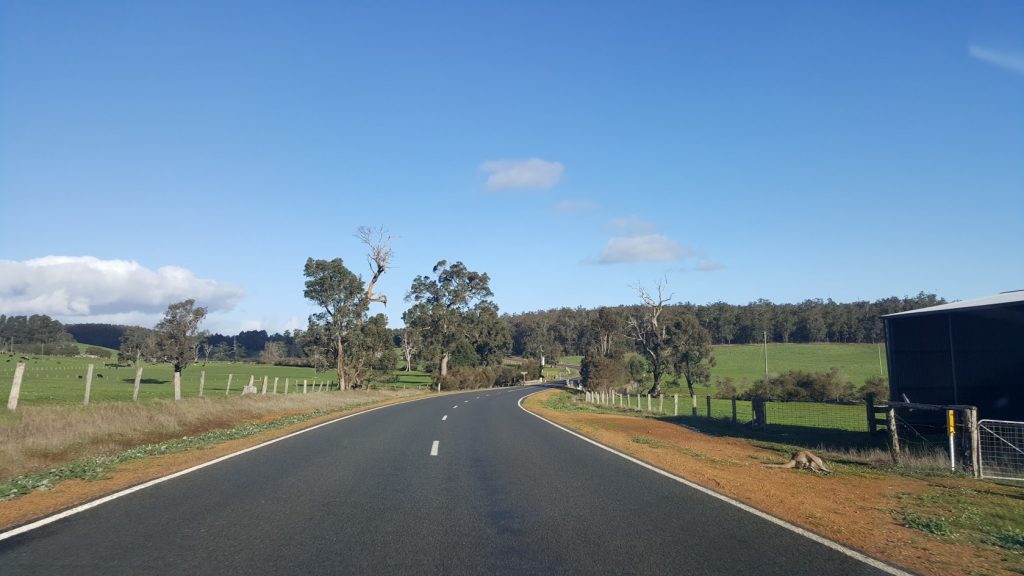 Why cameras are still (vastly) better than Smartphones

Even in good light, image quality from a high-end camera blows that of any Smartphone I know into the distant weeds. Colours are better, noise is better, dynamic range is better.

Compare the photograph below to the second in the text, above. 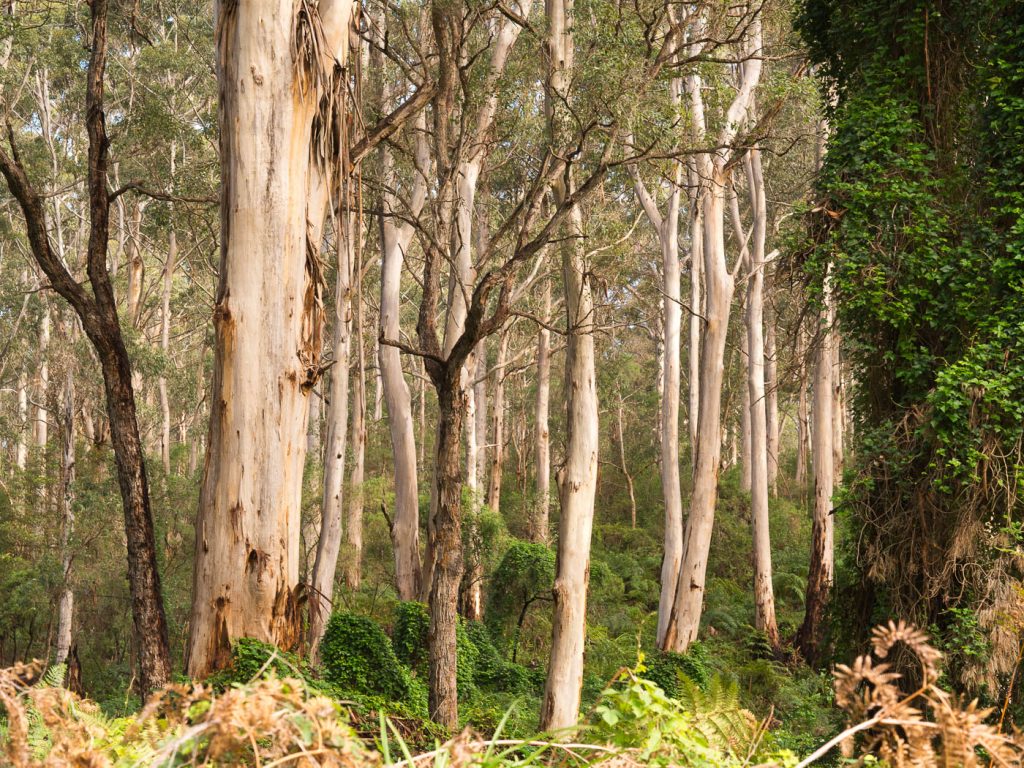 Highlights are not clipped here (full-frame sensor Sony A7rII), as they are in the Samsung image above. Textures are more natural as well, colours are richer …

At night, the size advantage becomes even greater. Compare this night scene in Doha (Sony A7rII) 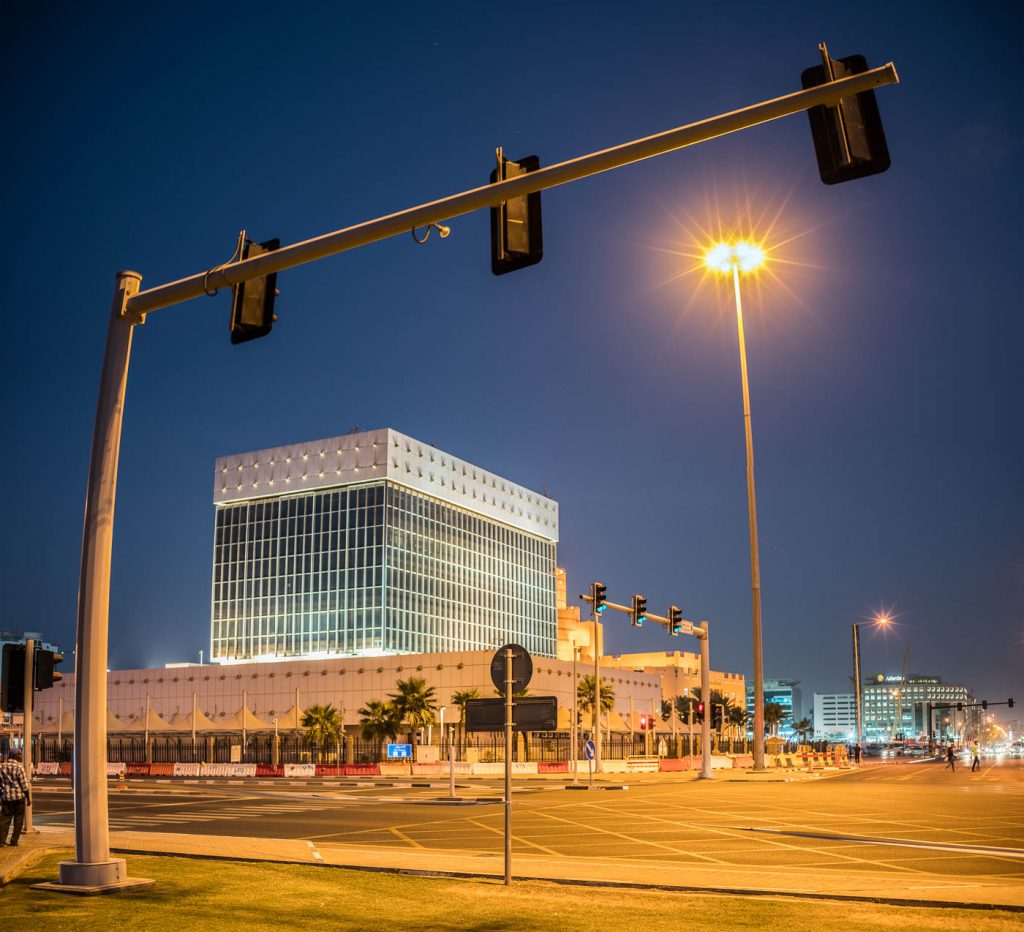 … to this horror story in Aix-en-Provence (very similar lighting conditions, ugly composition to include the light and flare). 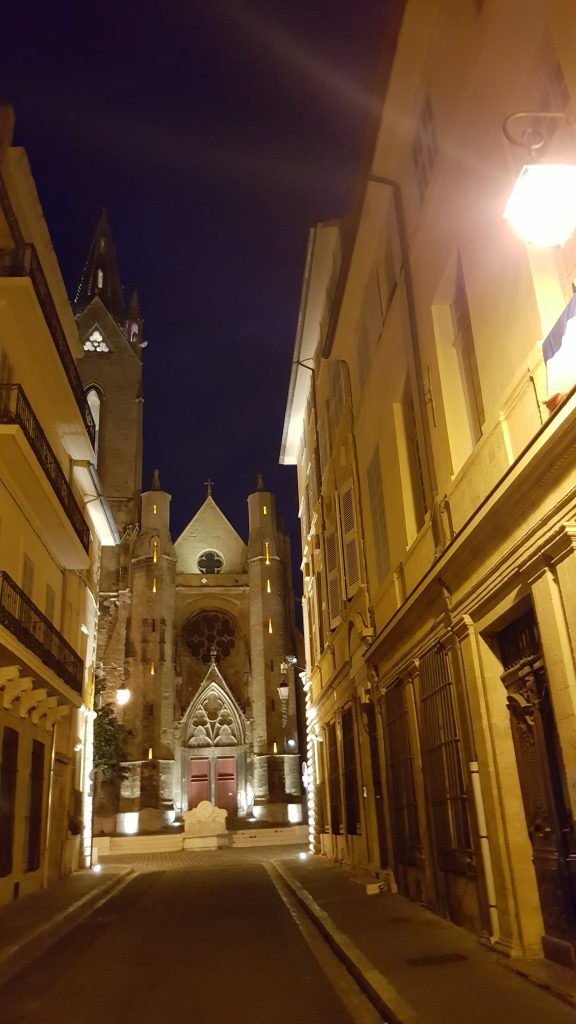 Not even close. Predictably.

Let’s tackle the second part of my sentence first. Sometimes, it just doesn’t matter that image quality is inferior. Many of the world’s most icons photographs were made with lousy technology. And sometimes, the look straight out of a Smartphone is just what you want. For example, I wouldn’t want this harsh light to look any different: 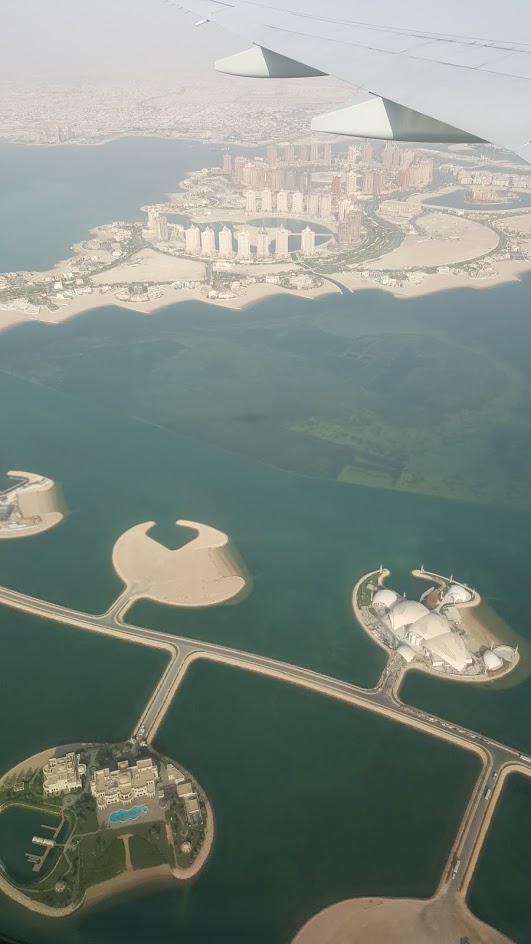 And in dull lighting, small sensors (with their higher contrast and greater depth of field) make scenes come alive in a way that might just need a lot of work on a “better” file. 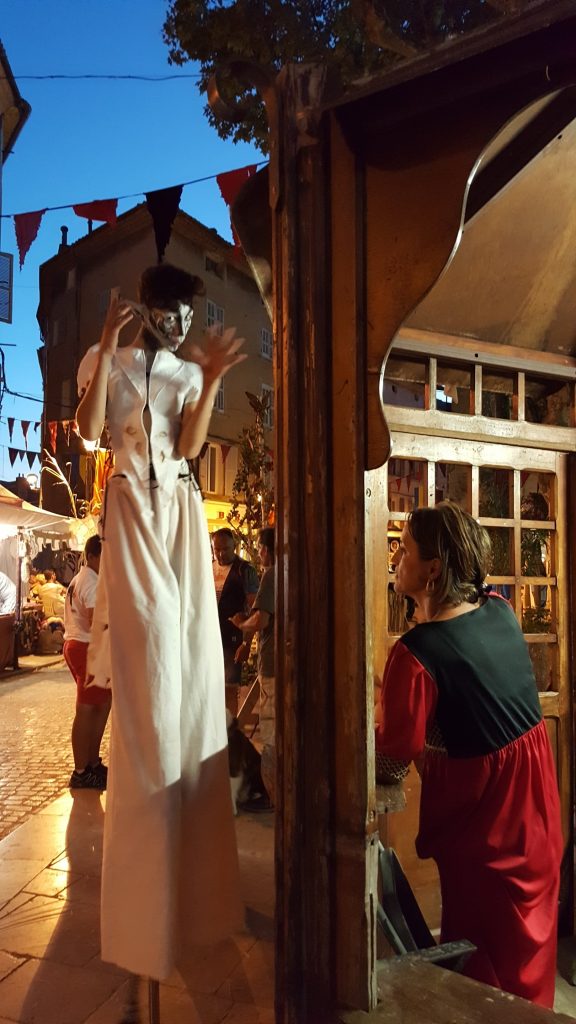 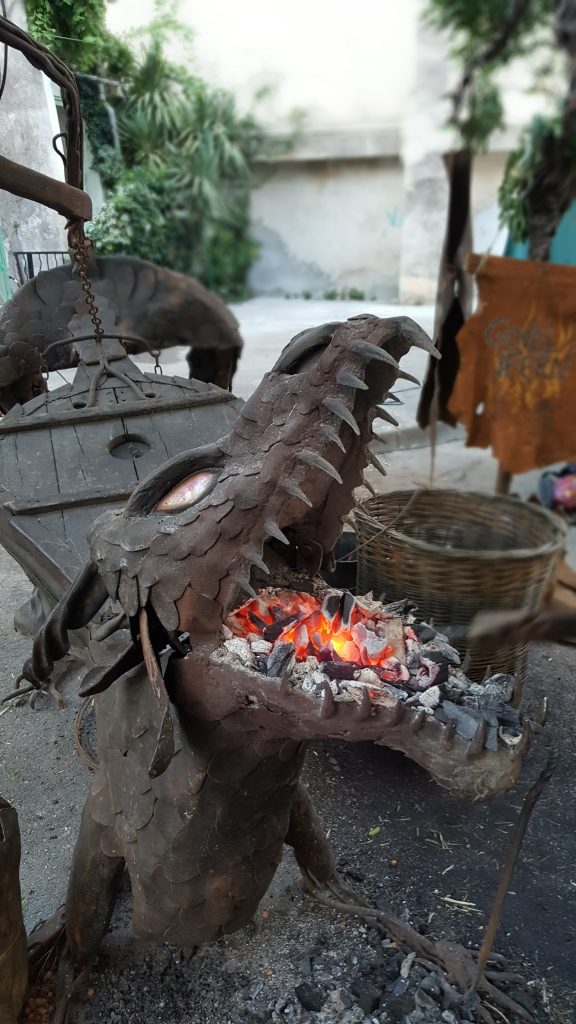 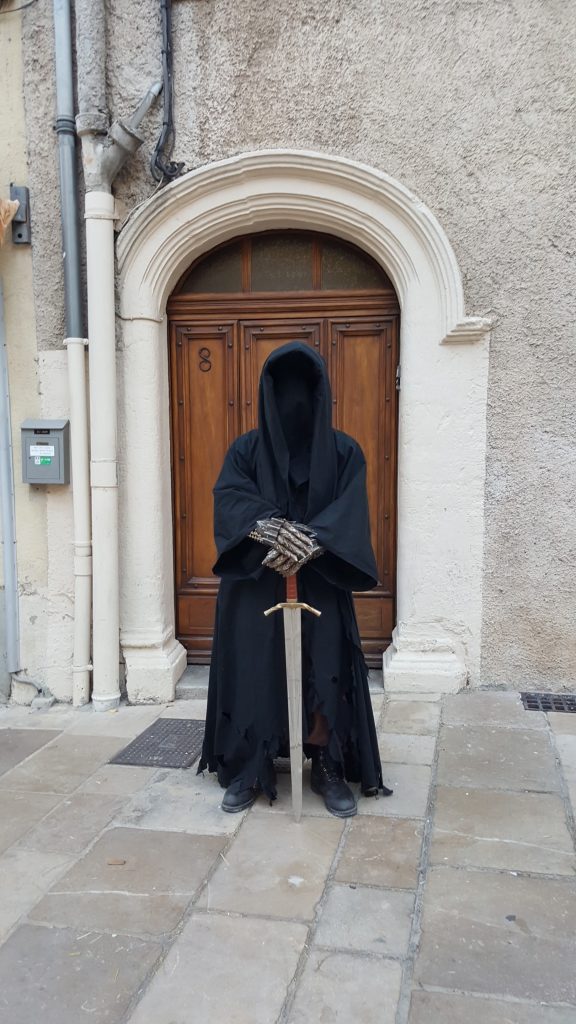 Digital processing can replace (some) optics

What are we missing with tiny sensors ? 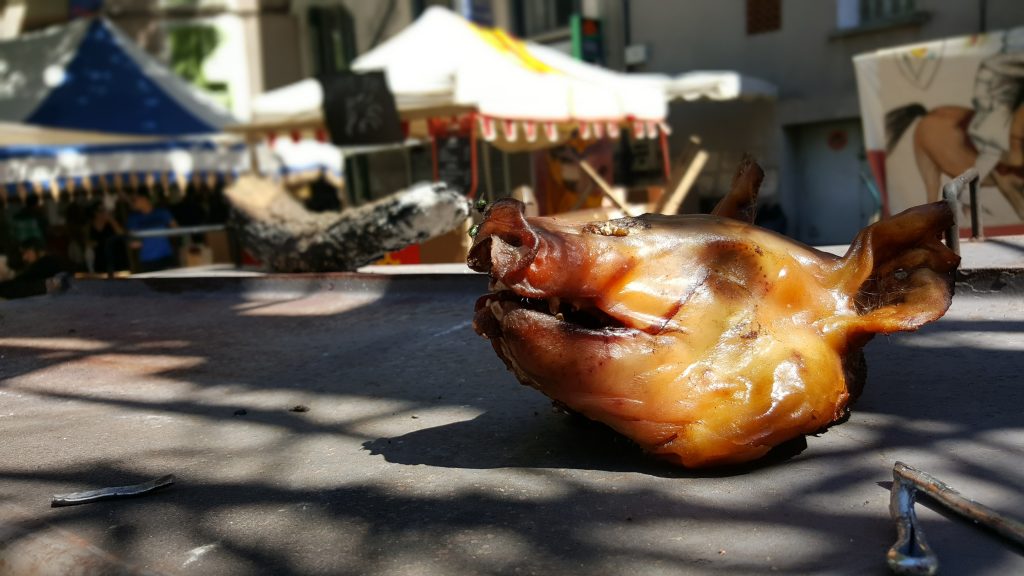 Piggy Sew is here to tell you Smartphones are Smart enough to reconstruct shallow depth of field on the fly. The same mode on my Smartphone also lets you extend depth of field. And there are many other modes to enable weird and wonderful features. This bonanza comes with two limitations: (1) these modes are mutually incompatible. So it’s hard to do limited DoF and HDR at the same time. (2) Many are gimmicky and not likely to convert experienced photographers to the new world (not that experienced photographers are a target for mainstream Smartphone companies, mind you).

But it’s not hard to imagine the possibilities if someone gets their mind to it:

all from a tiny box costing 75% less than my current camera.

And the list of arguments in favour of Smartphones just keeps getting bigger.

Think usability. You’re hiking in the afternoon. You take photographs, post to your blog or Instagram, edit on the fly. You come home and your photos are already downloaded, backed-up on Google Drive and ready for use when you sit down with your carrot cake in front of your widescreen TV for a quick inspection. All you need is an Internet connection. We take that for granted, but it’s just plain wonderful (particularly compared to the back-up systems some describe in my earlier post on the topic).

Think ergonomics: A friend handed me his OnePlus 3 the other day. I was taking pictures within seconds. Contrast this with the endless misery of unfathomable menu systems, heinous custom buttons, physical placement of main dials and buttons that point to mental disorder and the battle seems ever uphill for the camera. 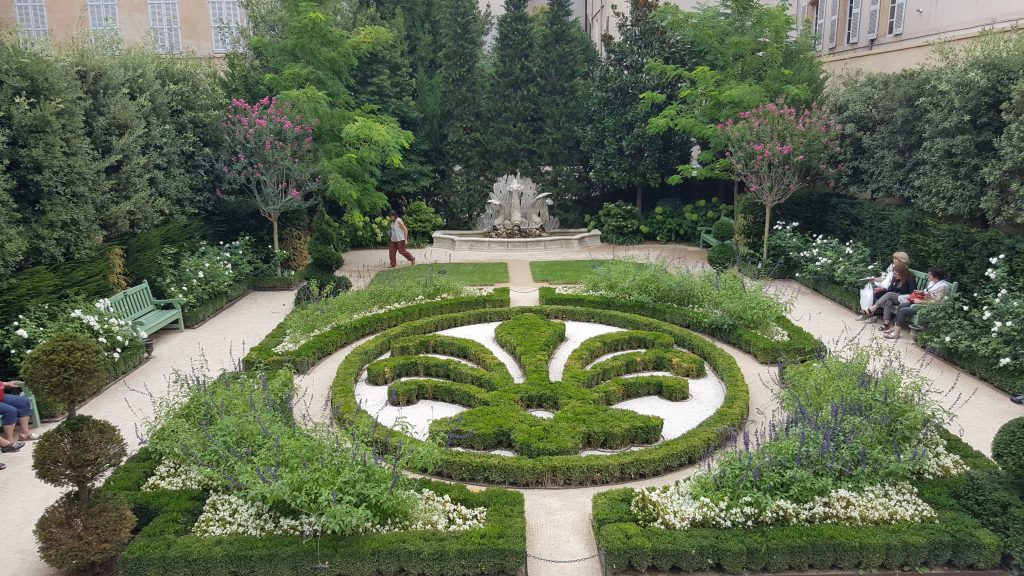 Think rear screen. Articulated ? Well, only if your hand is. Solid ? Well, within a week of losing its rear cover, my Sony’s rear screen is knackered beyond repair (scratched, strange watery traces in every corner). In 18 months of riveted jeans back pockets and falls on concrete my Samsung screen is just peachy, thank you very much. Readable in sunlight ? Another major victory for the Smartphone. Tactile ? Need we discuss ? Okay, I’ll stop digressing, the Smartphone is a screen with stuff around it. And a really good screen at that. Camera manufacturers ? They just don’t seem to get why that’s important. Apparently, it’s so much wiser to pepper random custom buttons all over the place. 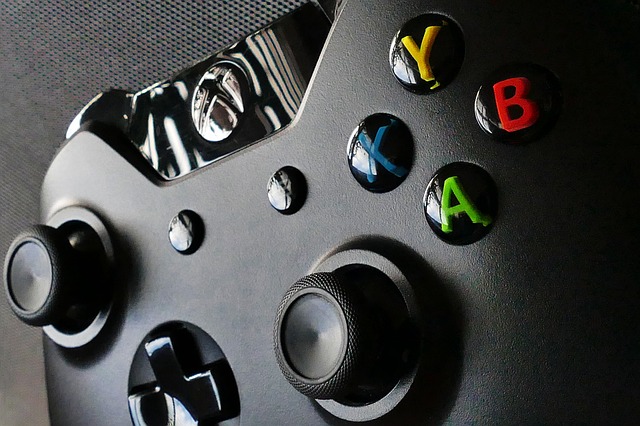 The New Camera Design Ethos (over my dead body)

And that’s the thing. In many ways, Smartphones are simply better cameras than traditional cameras.

The sensor is smaller, which leads to greater depth of field (you need to be more careful with your composition) and (much) lower image quality. I’m pretty sure software will help more and more in the future.

No, what’s really missing isn’t (only) quality, but a system. 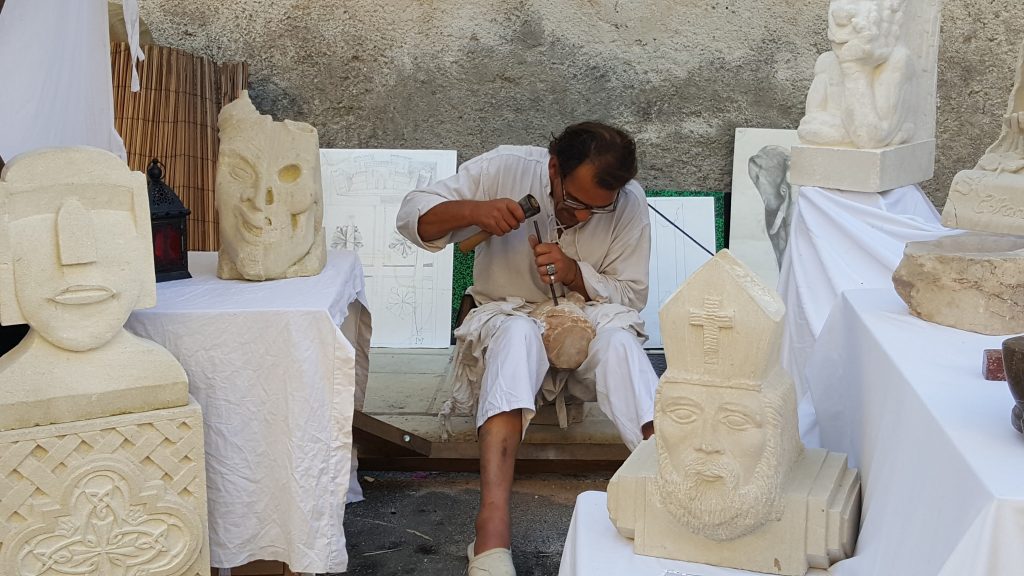 Just like traditional camera manufacturers (yes, a Sony A7rII feels painfully traditional after a Smartphone 😉 ) are too proud / stuck-up / blind to improve their screens and ergonomics, Smartphone manufacturers probably aren’t interested enough in photographers to think of their products as anything else than complete (as opposed to part of a system). 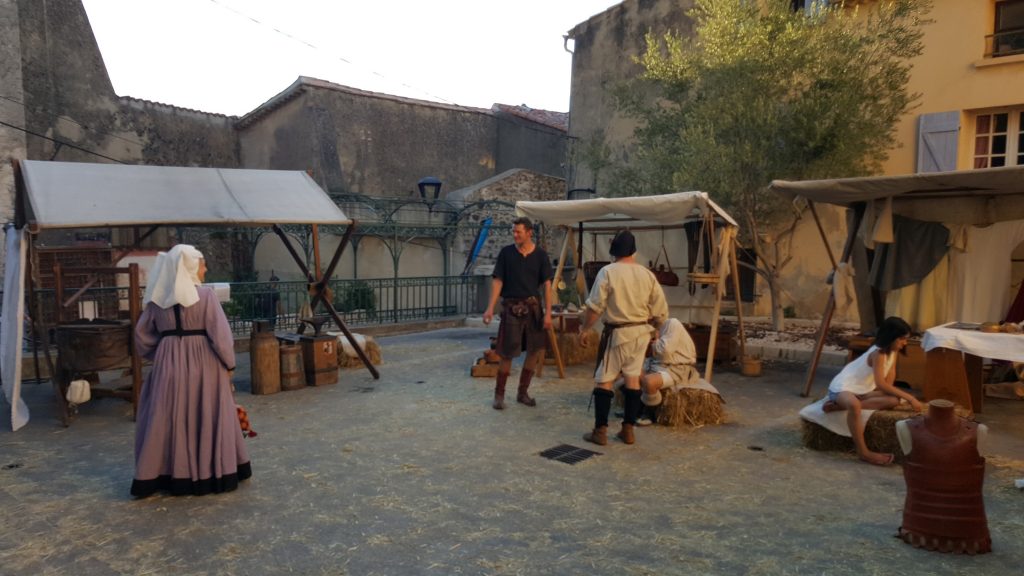 A team is stronger than a lone ranger.

What a Smartphone needs to walk away with the market …

Yes, start with the sensors. Much better sensors ! However much help software may provide, the better off we start the better off we will end up. Just a doubling of the diagonal would quadruple the quality. Yes, that would require a doubling of the camera thickness. Who cares. A 6″ screen won’t get into your pocket anyway. And the extra battery space would come in handy. Make that a curved sensor for simplified lens design. Make that 2 for two different focal lengths (who’s counting 😉 ?) 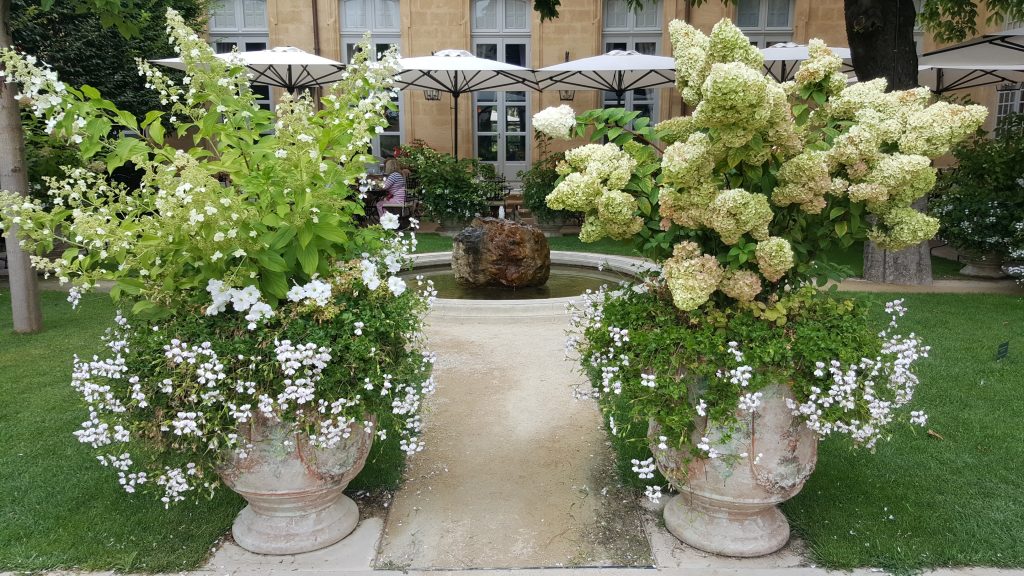 Better mobile software. As more and more phones let you access their raw files (which no one wants to export or transfer) the rather limited feature set of mobile software (preset filters and basic adjustments, basically) needs to expand significantly and make full use of the touchscreen capacities.

Better use of gyroscopes. Better stabilisation, better handling of panoramas and stitching …

A minimal set of accessories. Filters …

Dedicated external lenses. Zeiss’ ExoLenses come to mind. But without proper attachment system, all these systems seem a little clumsy. And they are sold as accessories not an essential part of the system (that said, if anyone at Zeiss is reading, I’l love to review these ExoLenses 😉 ) Instead, if phone manufacturers provided a proper thread or bolting mechanism, these optical add-ons would be a lot more useful. 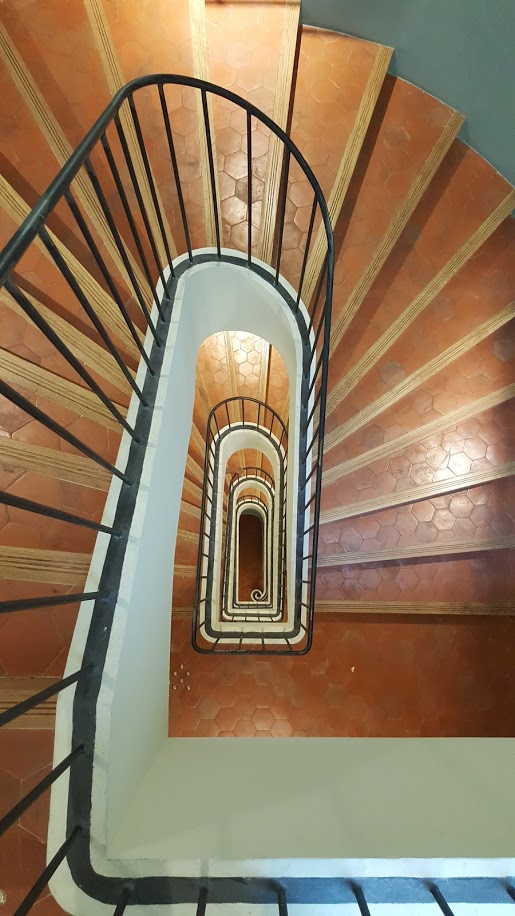 But why not go a BIG step further, by optimizing the whole system?

These days, we’re relying on afocal photography to add external devices on our phones. Afocal photography is simple and beautiful. For example, place your camera behind another optical system such as a pair of binoculars and hey, presto. This is what my 12 year-old friend Danaé Girardo did below in a recent safari in Tanzania. Try that without a 6Kg lens ! 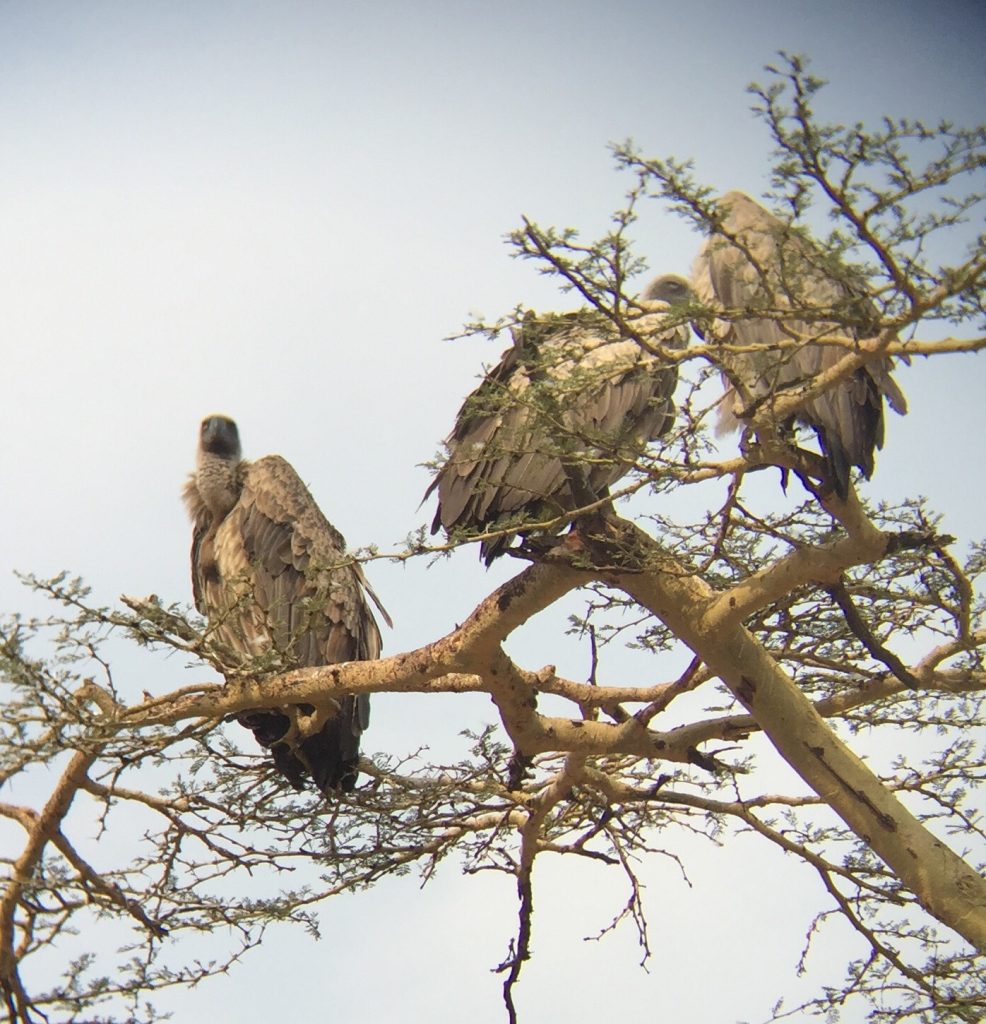 A brilliant idea from someone so young and one that astrophotographers use a lot. It relies on placing a camera (often focused at infinity) behind the eyepiece of an optical system in focus. Basically, you’re photographing what comes out of the eyepiece. It allows both items (the camera and the microscope, for example) to work perfectly as standalones.

But, rather than make the phone’s lens standalone, why not make it the rear element of a wide range of front elements with secure physical mounting? Bulging fisheye, stubby tele, mahussive long-lens, miniature tilt-shift anyone ?

What I’m describing here is what I believe cameras should have evolved into: intelligent and well-sorted digital backs. They haven’t and won’t (well .. that XD-1 seems to come close, but at what cost 😉 ) However, maybe Smartphones can, from another direction?  In this day and age of crowd-everything and modular phones, so much is possible.

What say you? What configuration would you chose ?