#504. DS HotSpot: Much more than Wave Rock at Hyden Rock!

Let’s kick off this (partial) photographic tour of Western Australia with some useful information. I mean, once in a while, it can’t hurt. Most of the time, we’re just drooling over expensive gear (plenty of that coming up, rest assured) or exploring remote areas that are inaccessible to most of our readers.

But today, here’s a down to Earth look at an easily accessed place that many can enjoy: Hyden Rock (stupid useless grin, this side of the keyboard).

Before you leave precipitously, let me redeem myself. I did write Hyden Rock, not Wave Rock.

Although the main tourist highlight of the area is indeed Wave Rock, there’s a lot more in the area than that. Which makes this remote excursion well worth the effort. 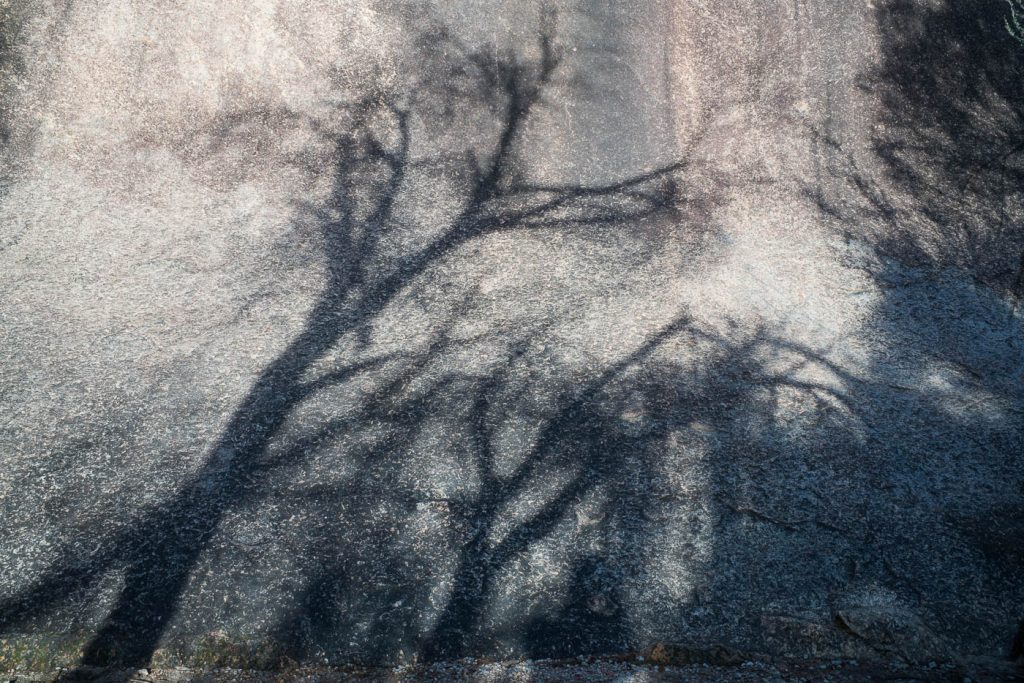 Had it not been for strong migraine, I’d never have visited myself. For my fourth (of many more to come) visit to Western Australia, I had no plans to check out Wave Rock close up. Not any more than on the 3 previous iterations. Once you’ve seen a photograph of it, you’ve seen it all. That’s it, get the T-shirt, go home. So let me save you the expense: here it is in all it’s glory.

And again, with fellow humans, for scale. 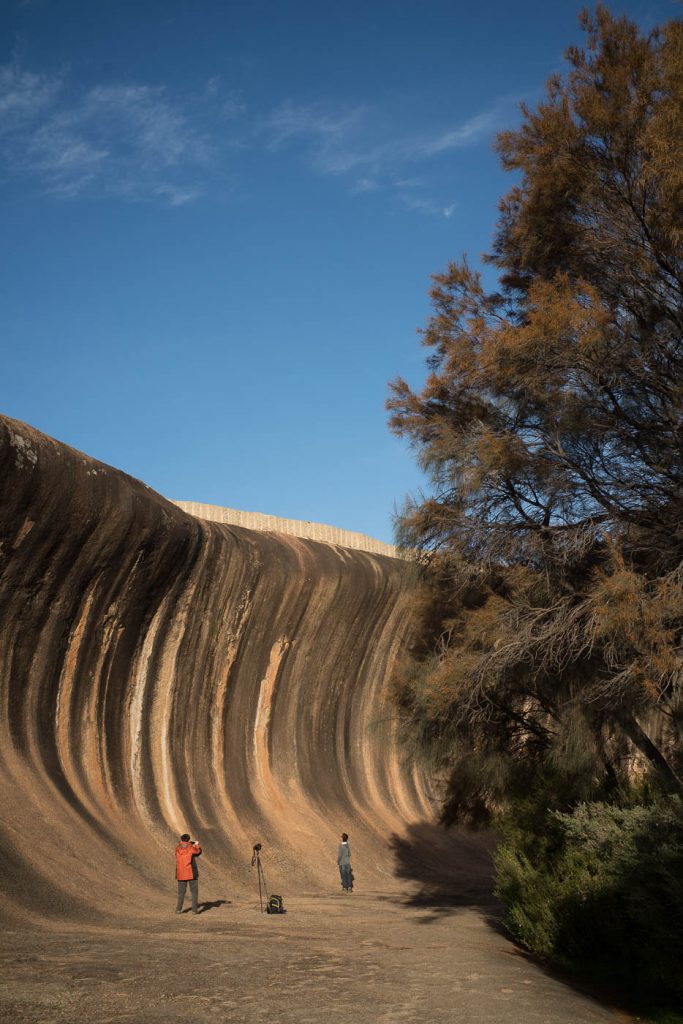 Luckily, the Gods have bestowed upon me a super-talent for mind-numbing migraines. So, instead of an early rise to collect a camper-van and driven into the morning light to Kalgoorlie, I was only able to leave home at 4pm and decided to head a little further South, to split the journey in half ans stay the night at Hyden. 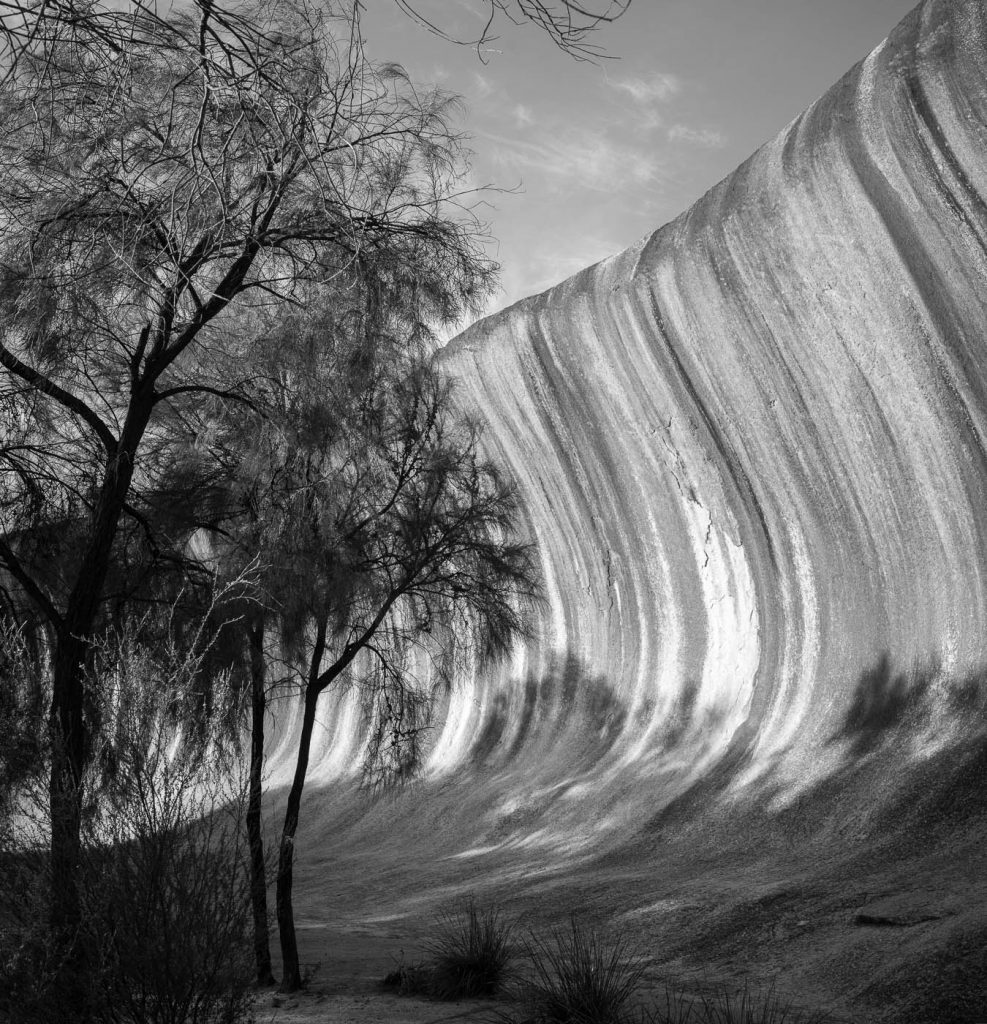 A great choice, from a photographic point of view. Not so much, travel wise: what the tourist maps don’t tell you is that the 200km “shortcut” from Hyden to Southern Cross is gravelled and rental cars aren’t allowed gravel roads. Some of them are tracked remotely and if you are caught in one of the forbidden roads, you receive a strong fine form the rental company. Be warned. Even if you are not tracked, your insurance will not cover you.

So we had to backtrack significantly and it took almost 6 hours to reach Kalgoorlie/Boulder, about as much as from Perth. Oh well … no biggie, and the roads are spectacularly lovely, particularly at the end of winter and spring, where the fields are so colourful throughout the wheat belt. 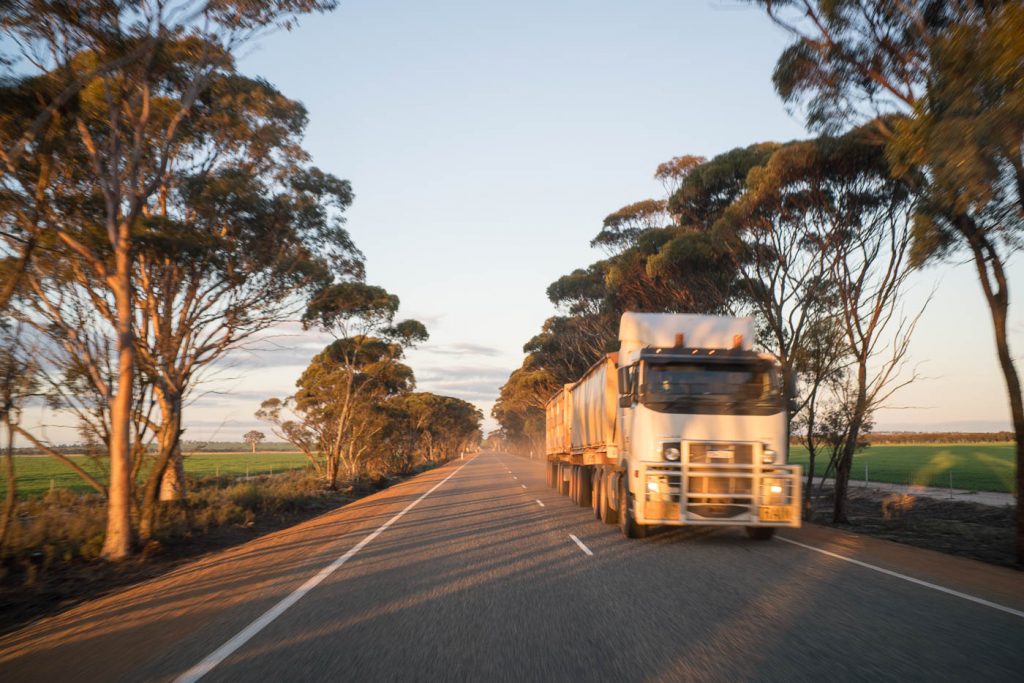 But back to Hyden, and it’s rock. ‘Rock’ doesn’t fully do it justice, mind you. Technically, it is a granite monadnok (isolated hill). Once you have seen Wave Rock, you can climb on top of it to get a sense of its scale and importance for the local communities. 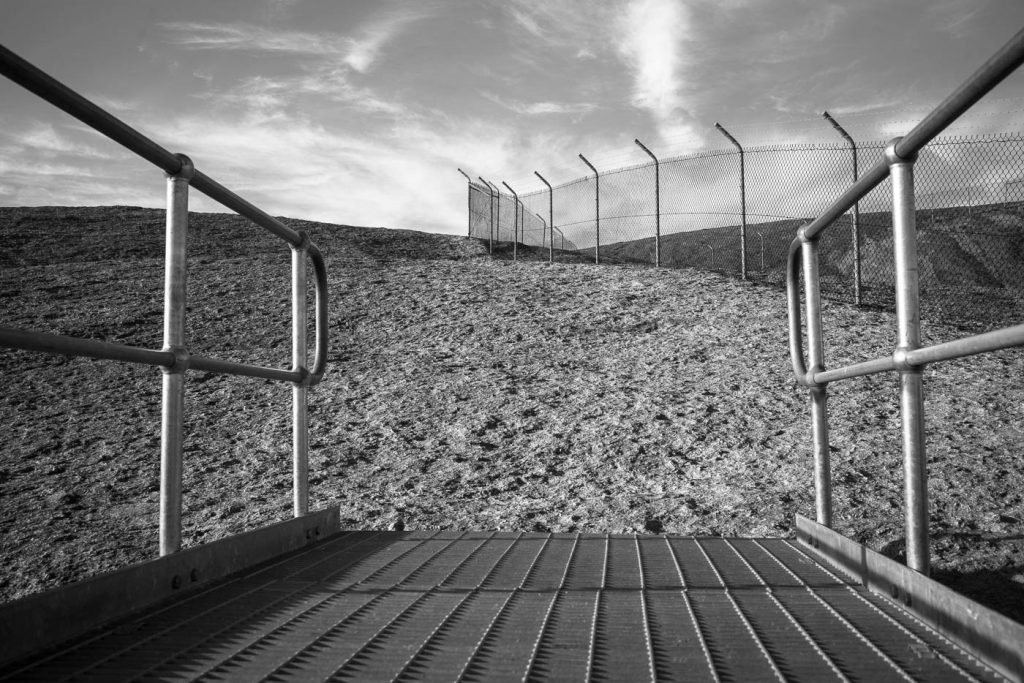 One particularly interesting feature is a small stone wall erected in 1928 to follow the contour lines of the rock. It captures and channels the rainwater to a local dam that sits between two of the domes of Hyden rock. In a climate where most of the meagerly 330mm of rainfall occurs in short intense showers, this little wall provides freshwater all year long to the city. 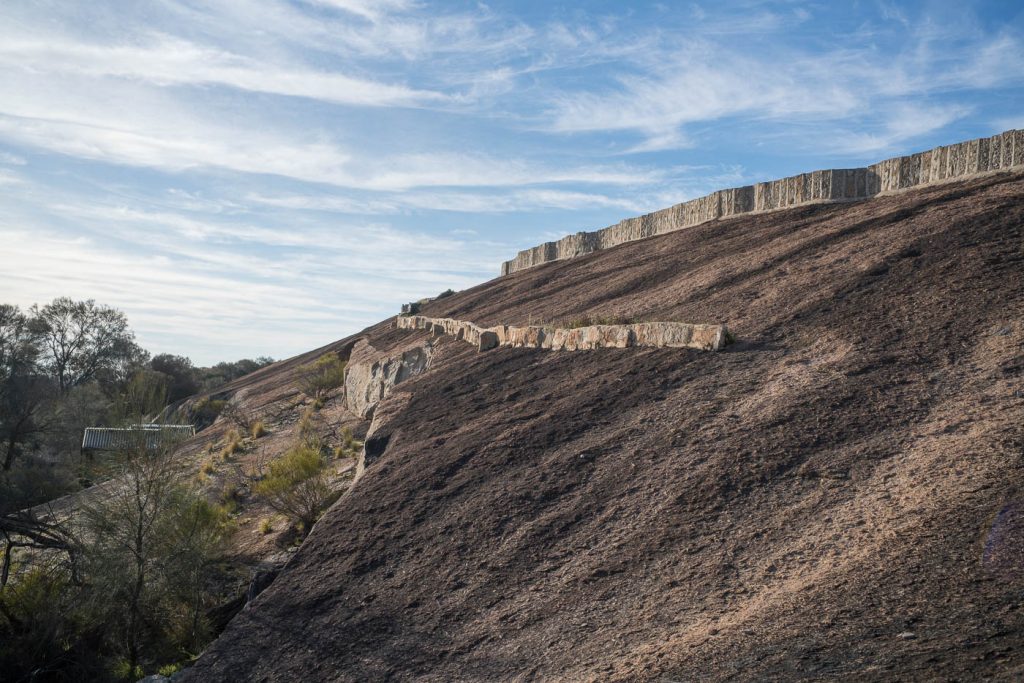 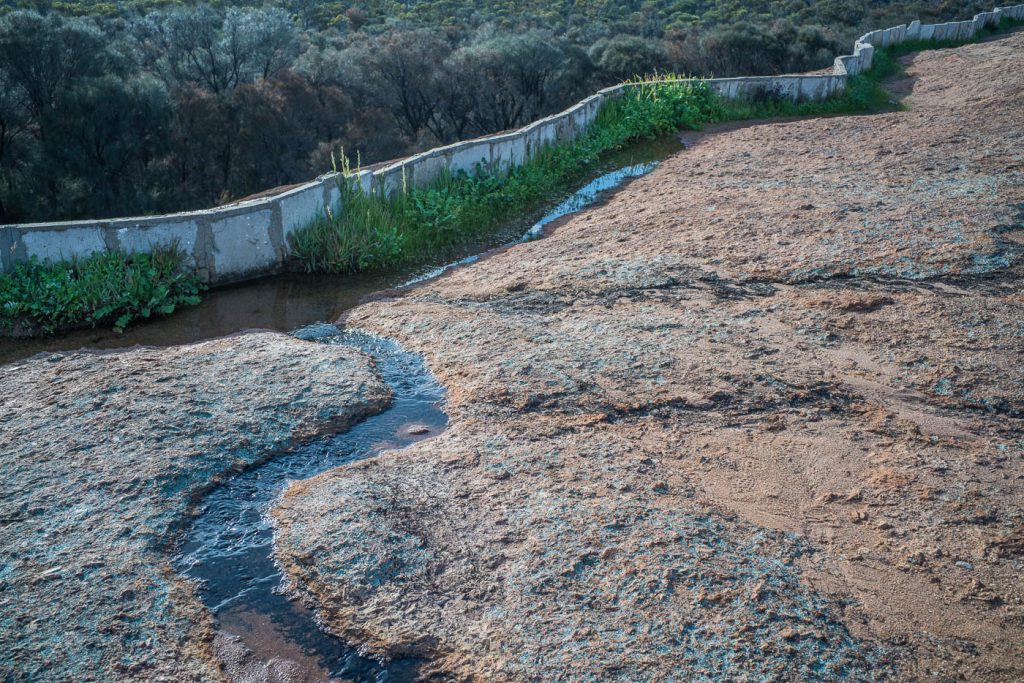 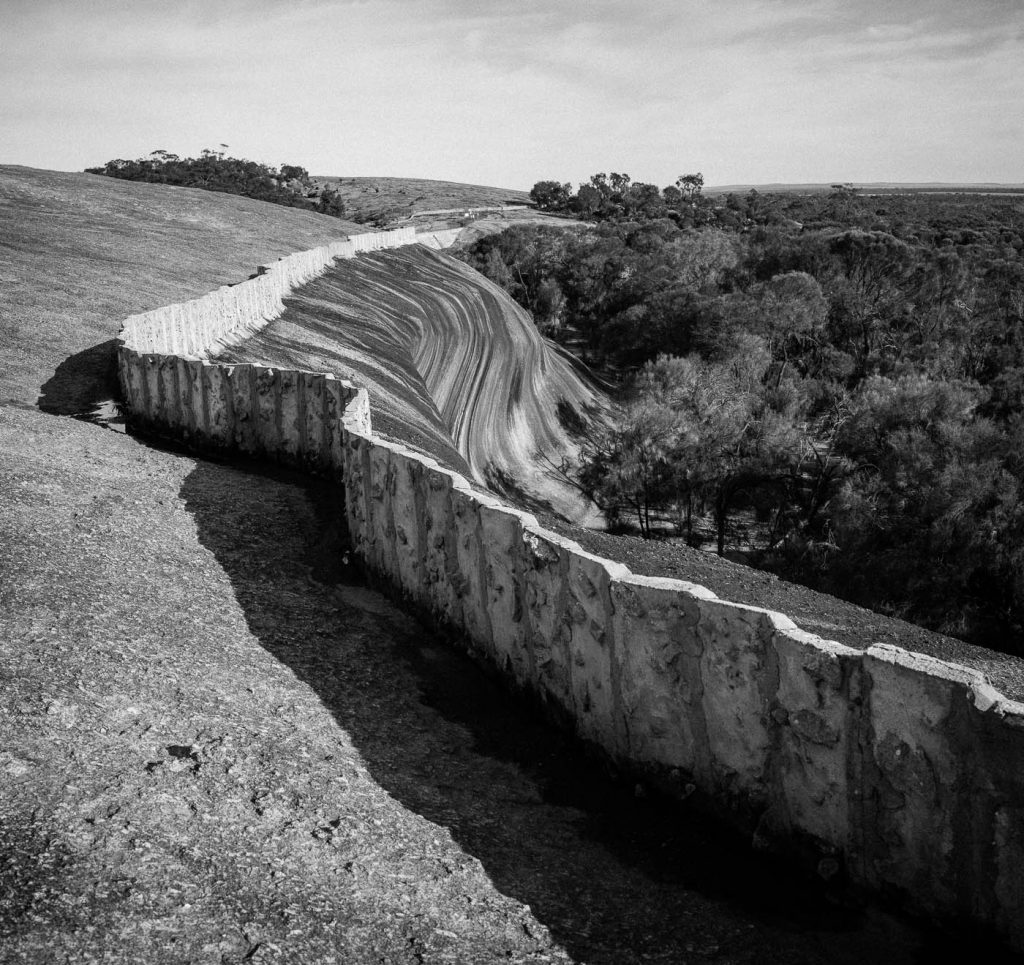 Further up the dome, a landscape of valleys, boulders and cairns greets you, as well as holes, called gnamma holes, that retain water and aquatic life for a long time after rains, providing the only traces of green on an otherwise barren plateau. The holes have strong meaning for the local aboriginals. 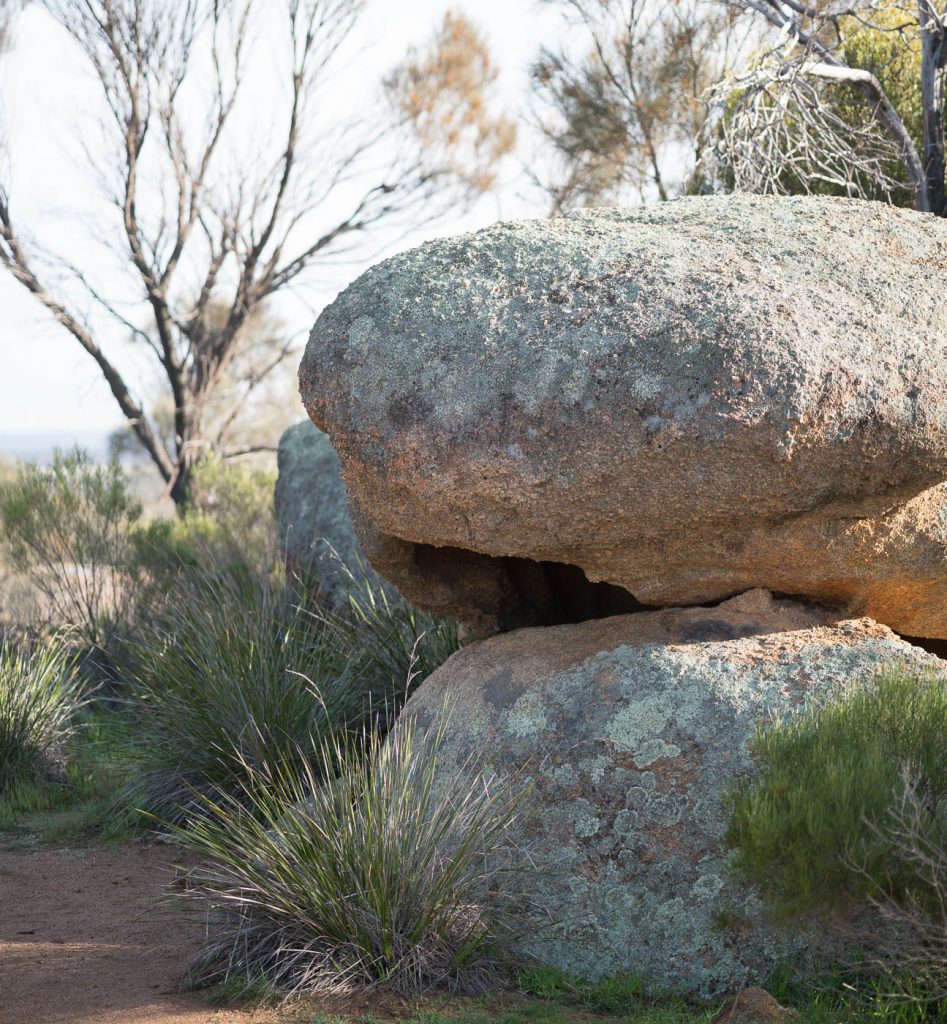 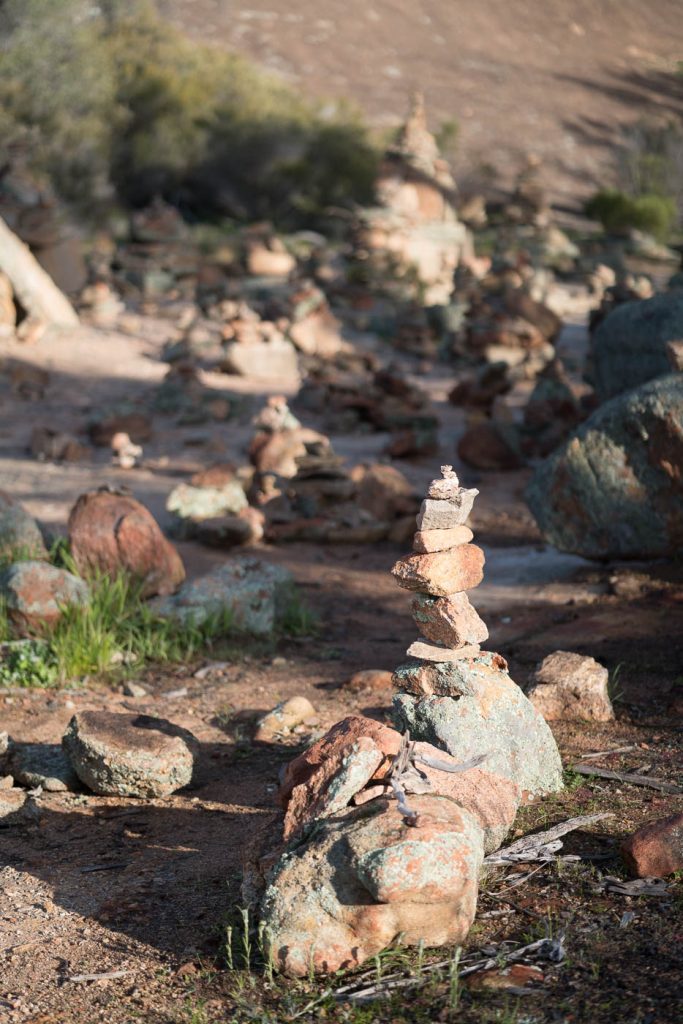 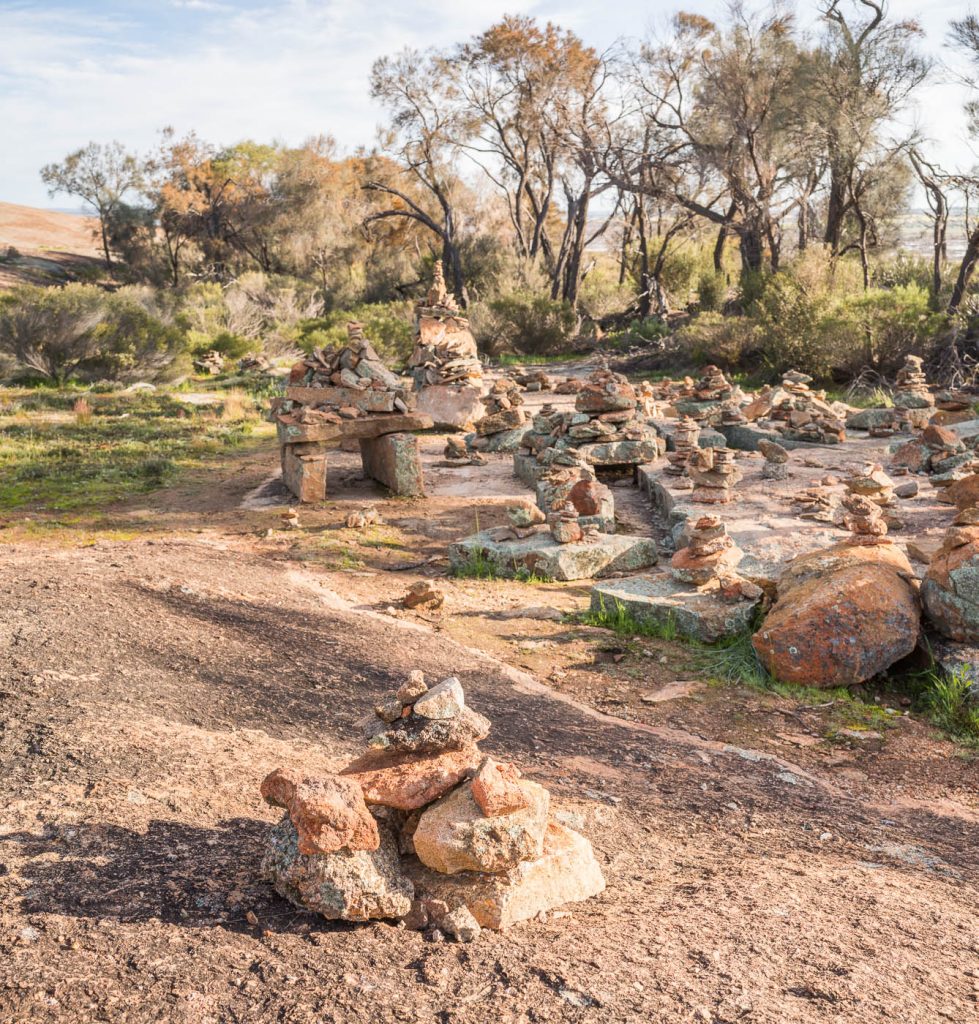 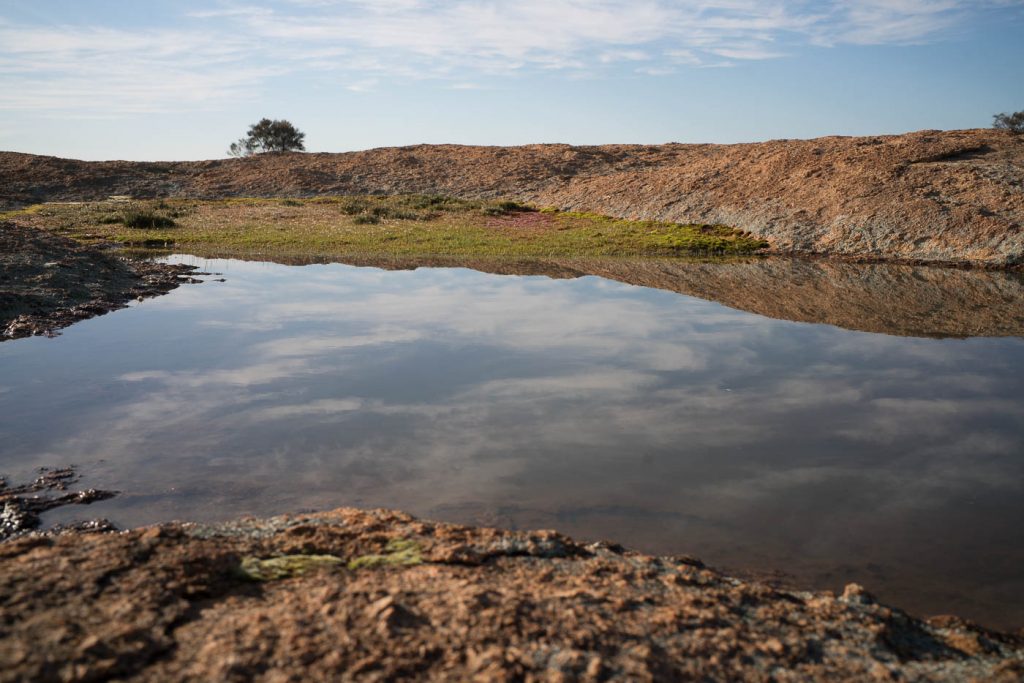 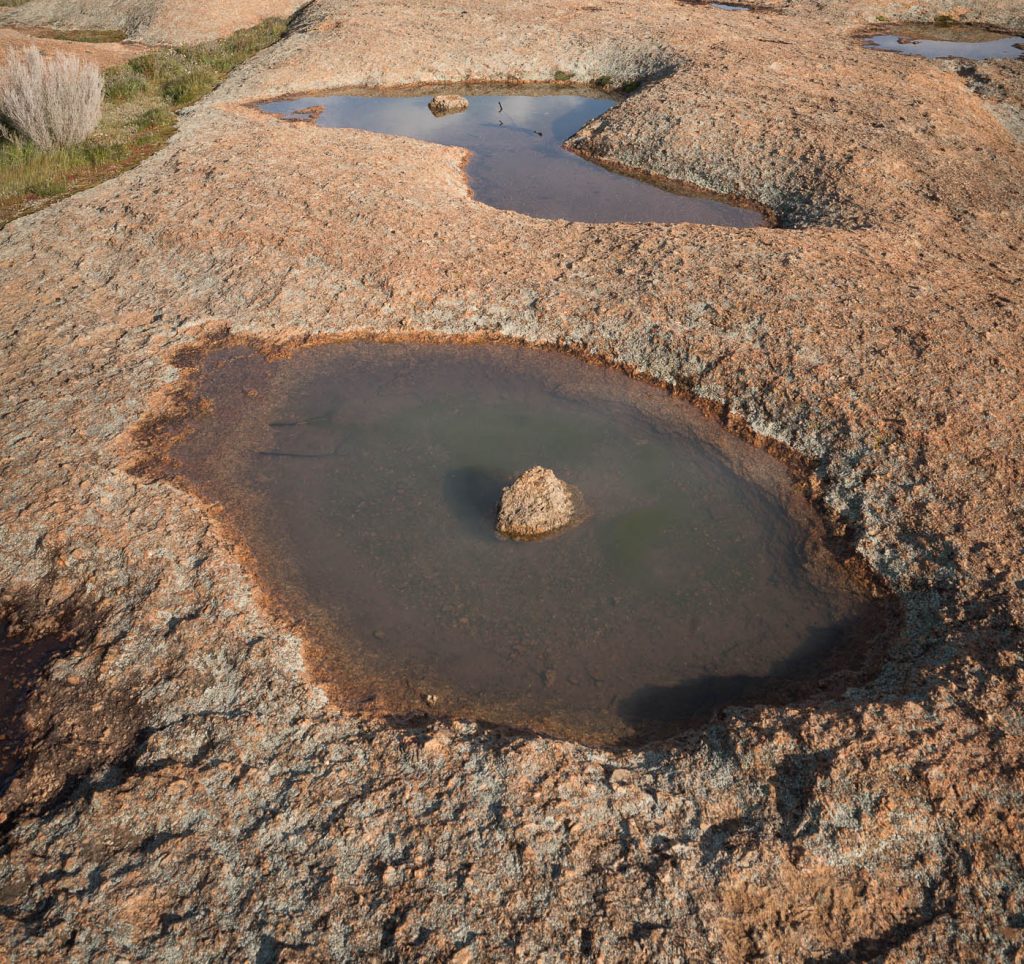 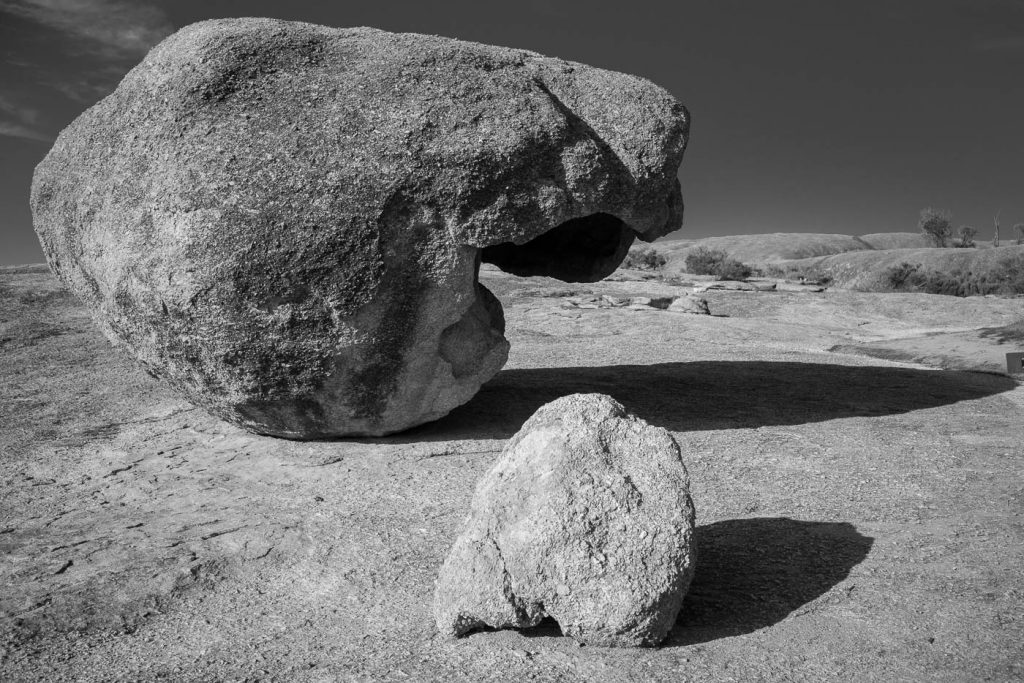 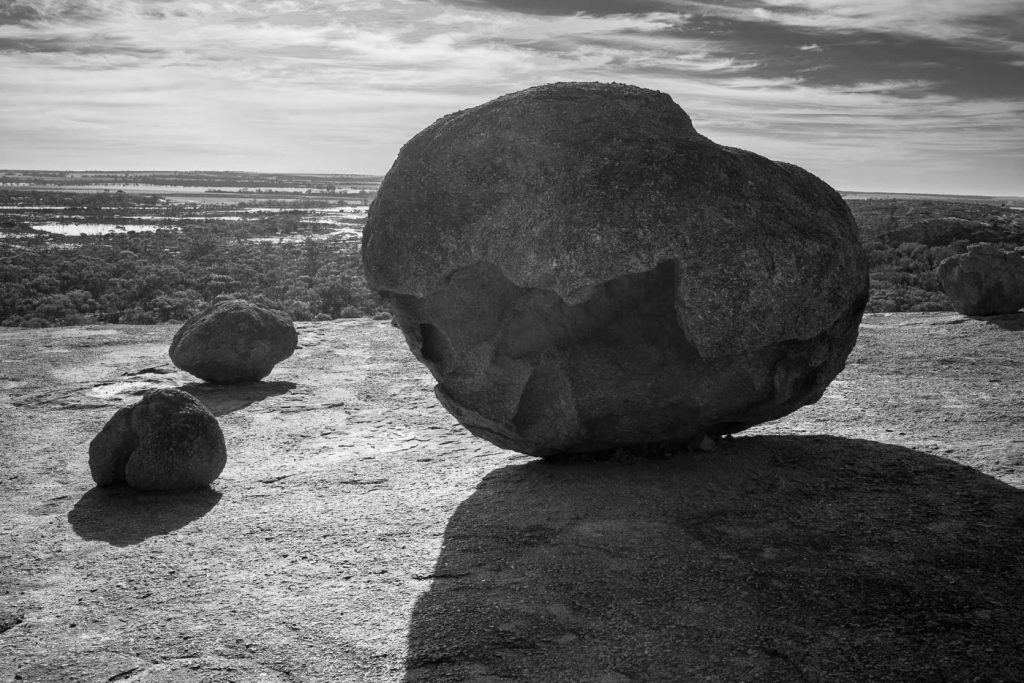 So what seems like a 10 minute tourist trap is in fact an area you can explore for days. Several trails take you to Hippo’s Yawn … 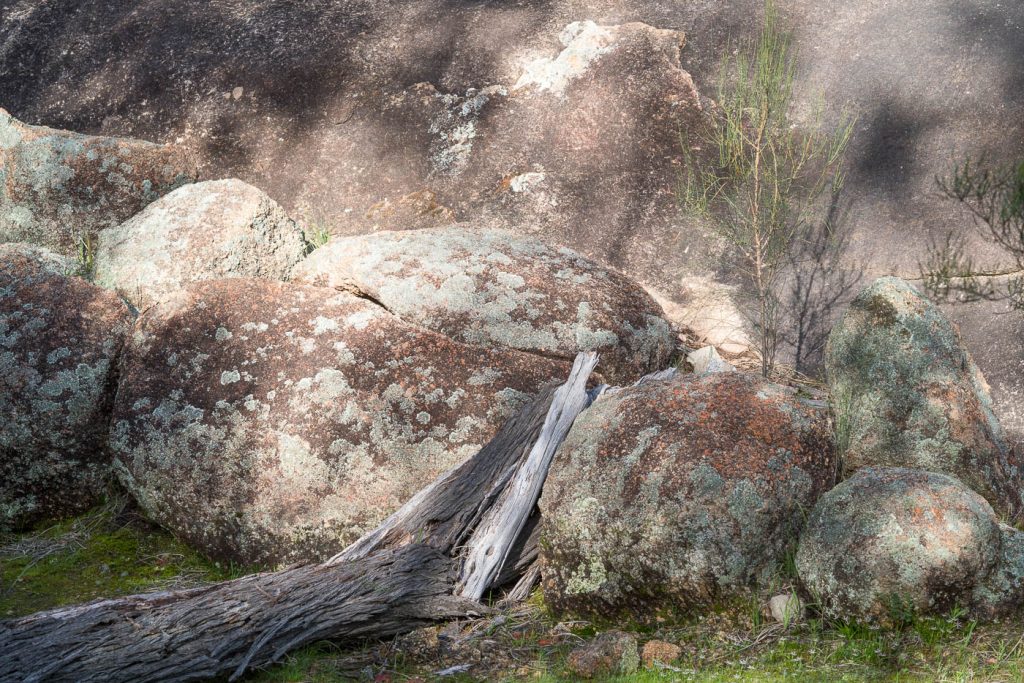 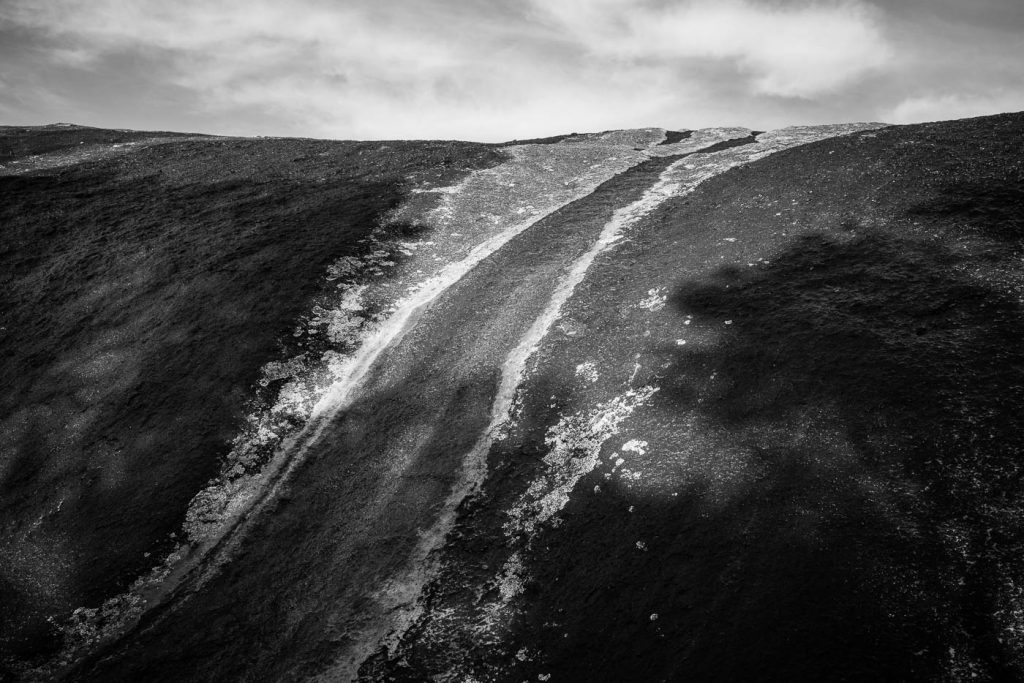 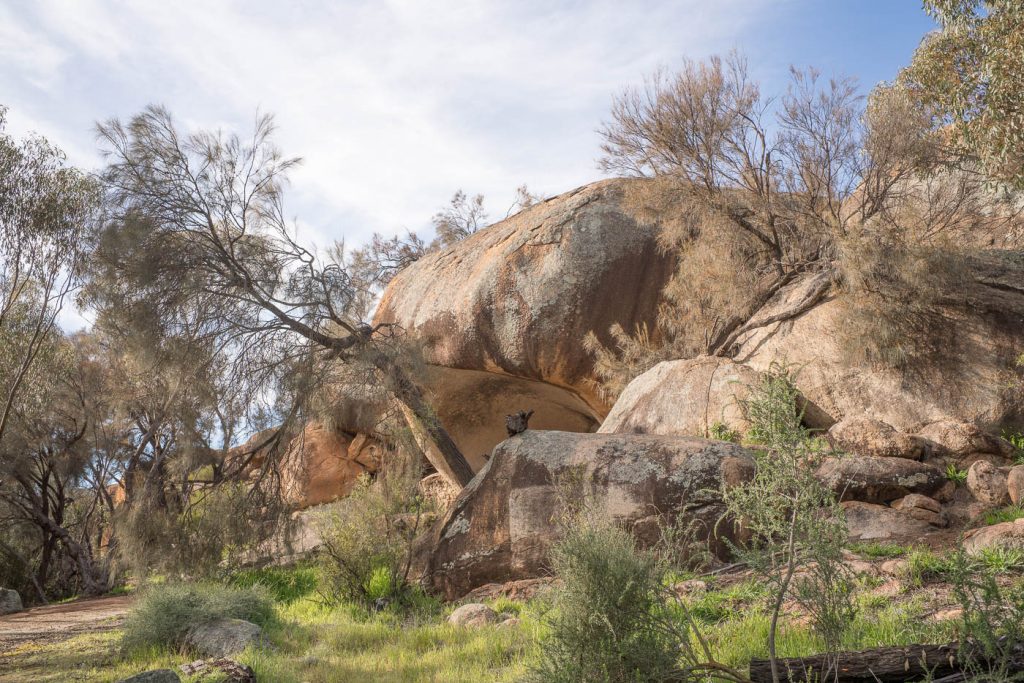 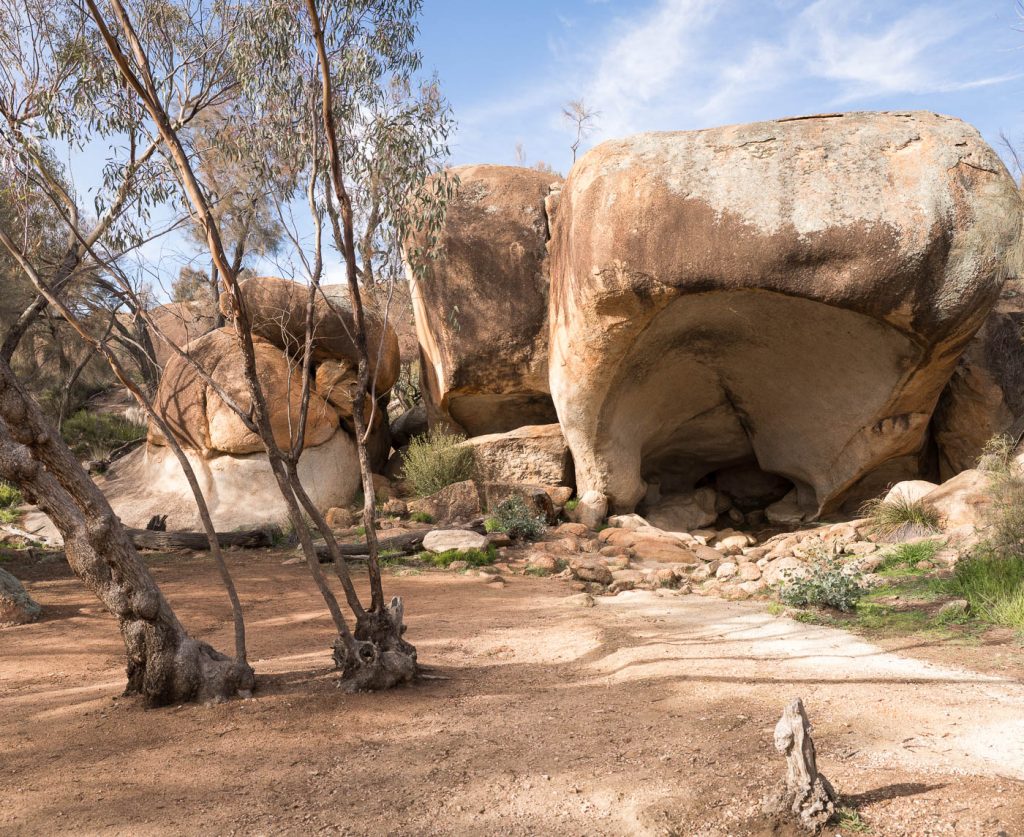 … and to a series of lakes and swamps that are very reminiscent of Mordor 😉 Lake Magic and Kondinin Lake make for superb photo trips for those in search of exotic landscapes and weird & wonderful colours. 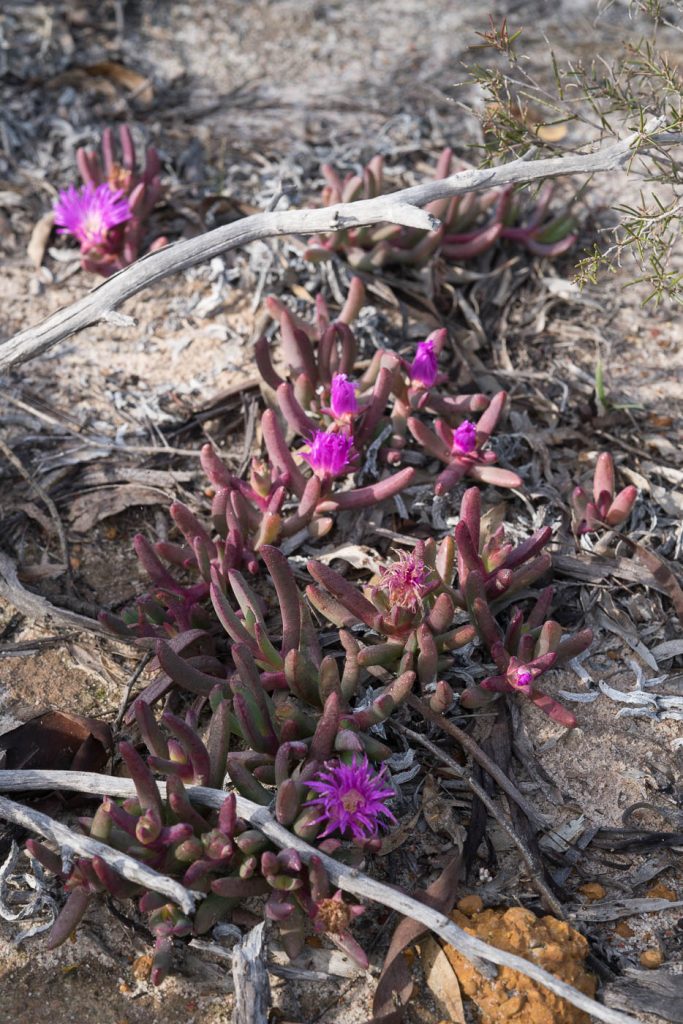 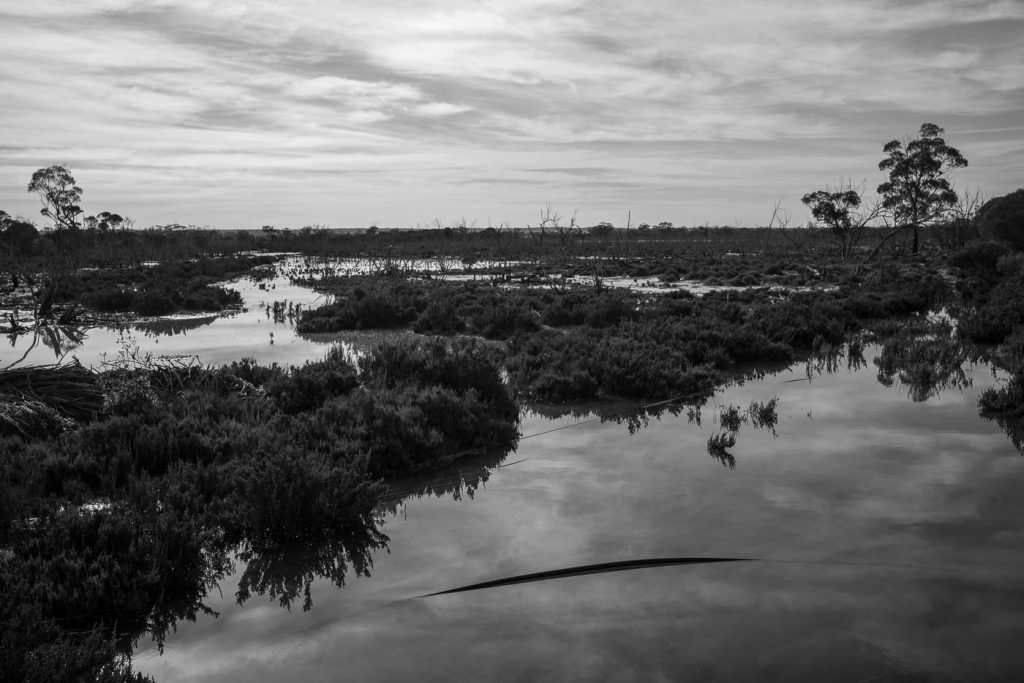 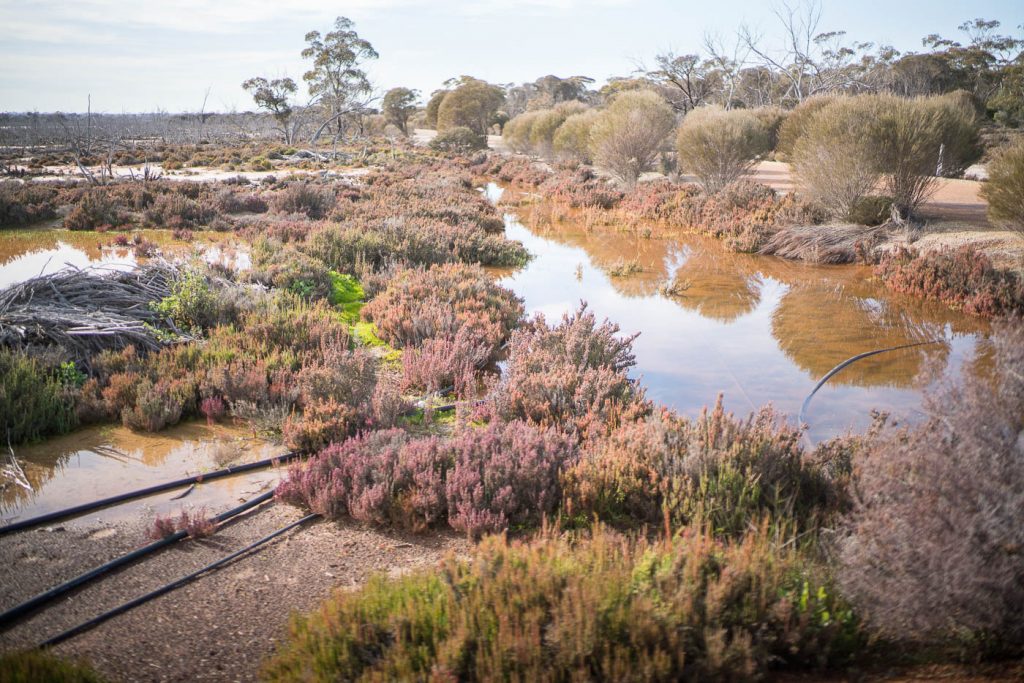 And a 15 minute drive on good quality roads brings you to Mulka Cave, named after a local aboriginal legend and home to hundreds of petroglyphs. The hand stencils, made by blowing pigment over a hand place on the rock, were apparently used as a form of signature left by those who had rights to the area.

It is quite dark in the small cave (really the underbelly of a large rock) and the backlighting can make it very difficult to photograph when the sun is high. It is a lovely area to visit at sunrise or dusk. 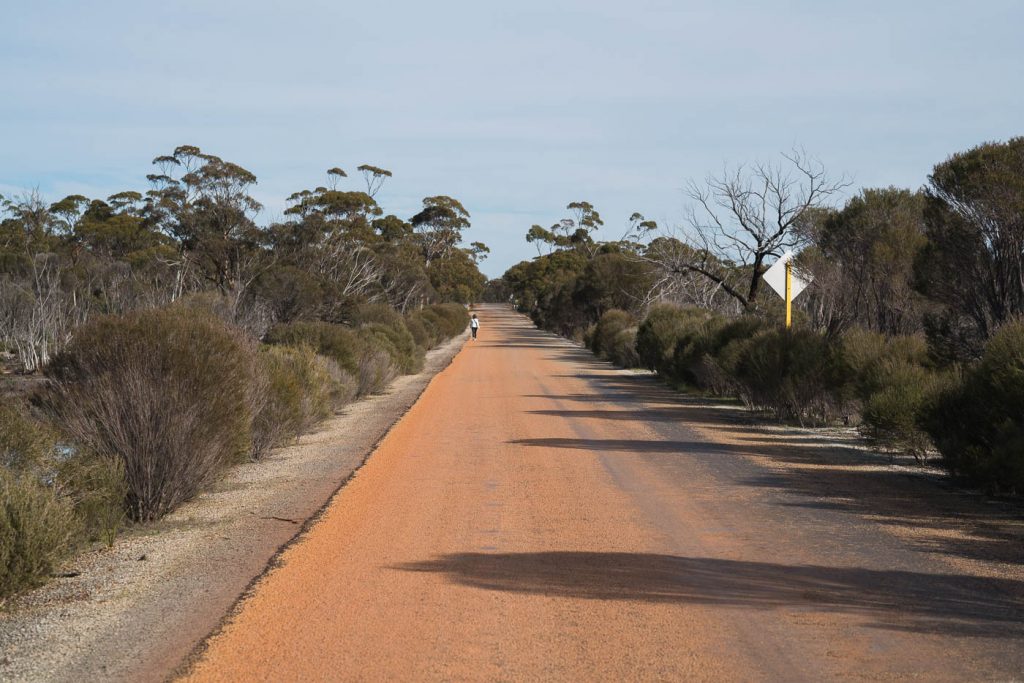 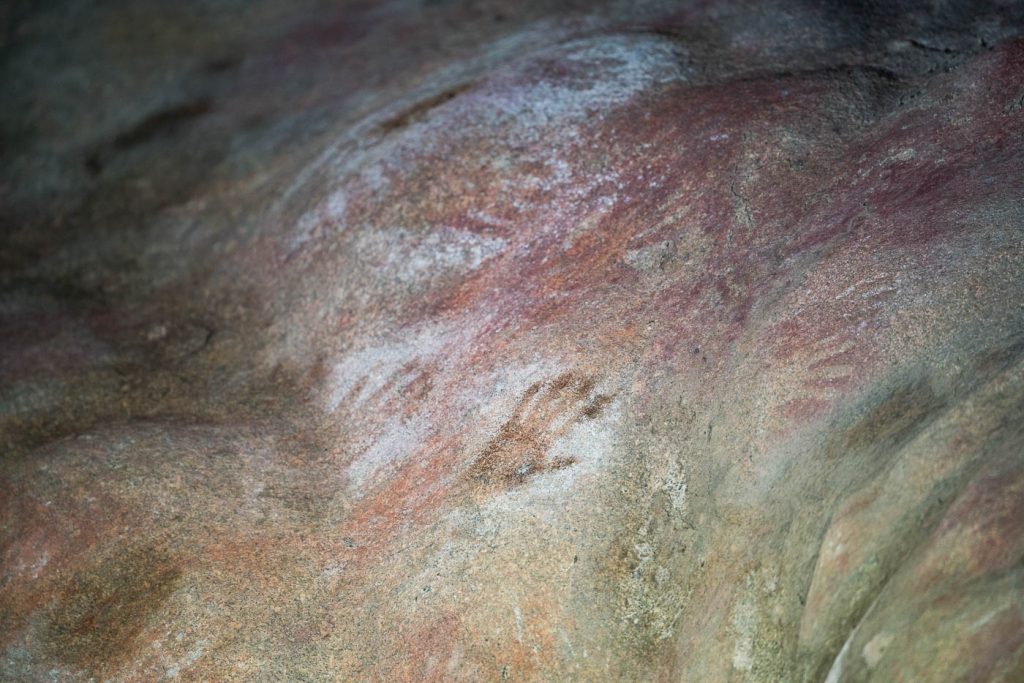 All in all, the area is really worth a trip and has much more to offer the photographer than the (beautiful but fairly limited) main attraction that is Wave Rock! By stitching together the numerous 1-2km easy to moderate hikes you could easily spend two days exploring the area on foot and return with wonderfully off-the-beaten-path landscape photographs. Besides, the countryside in that part of the country is so beautiful (particularly in local winter and spring) that it will make you weep. 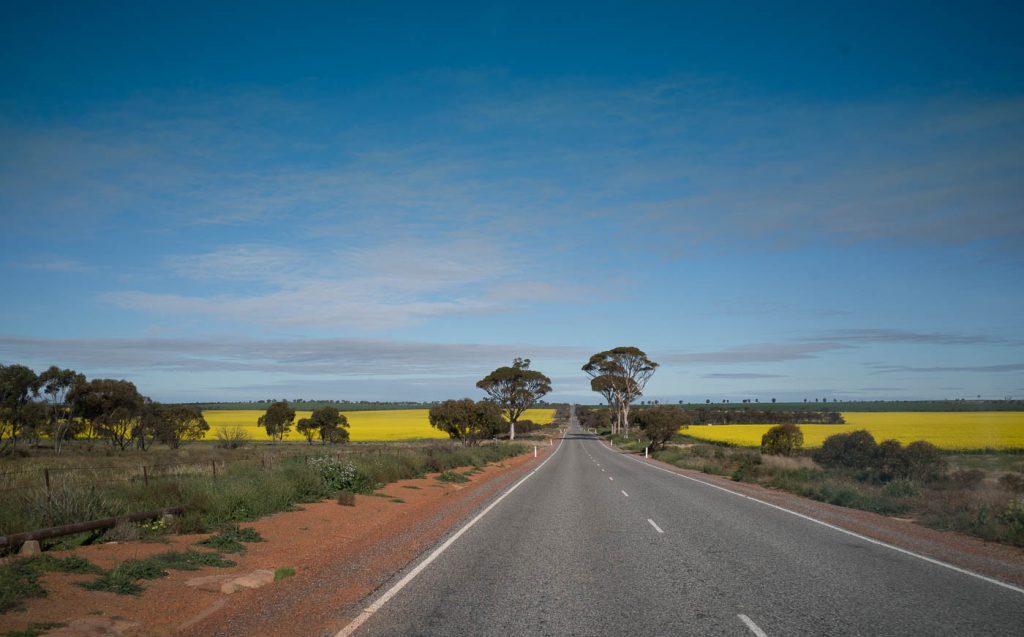 The Wave Rock Caravan Park is powered, very nice and has super powerful wifi which you can use from the comfort of your flavour of mobile home.

As is usual in Western Australia, everything is super clean, thoughtfully laid out and presented, and just feels reassuring and comfy. A note to foreigners: unless explicitly written, you are not allowed to camp outside of campsites.

If you fancy a visit, count 3.5 hours of leisurely driving from Perth. And you could do worse than visiting during the annual music festival held in the campground. The late September date screams wildflowers. Point you camera anywhere and bring back a masterpiece 😉 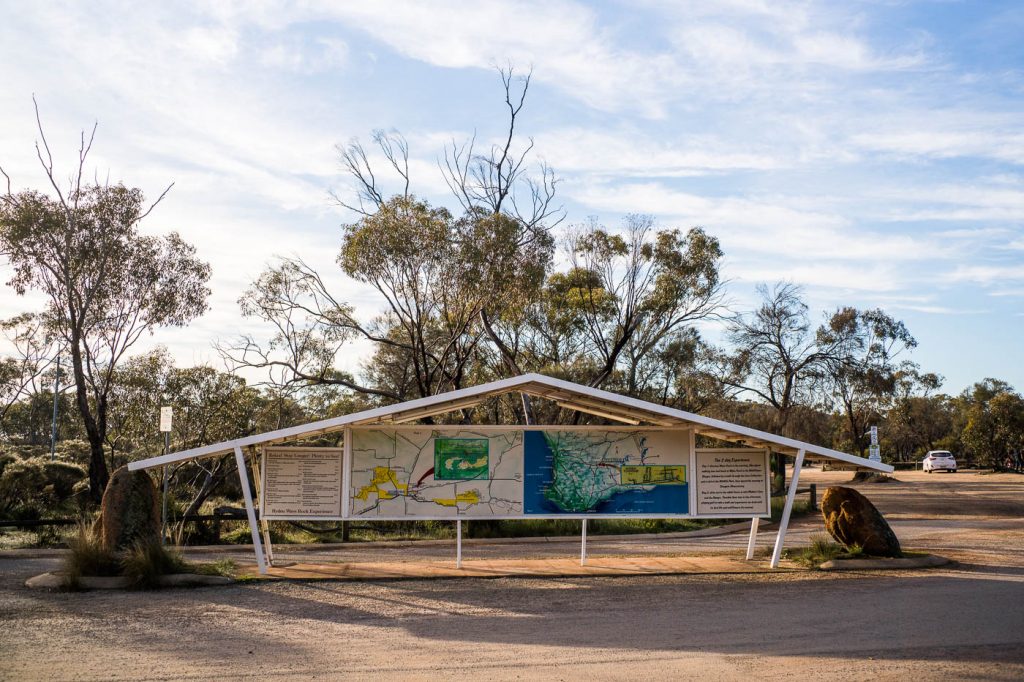 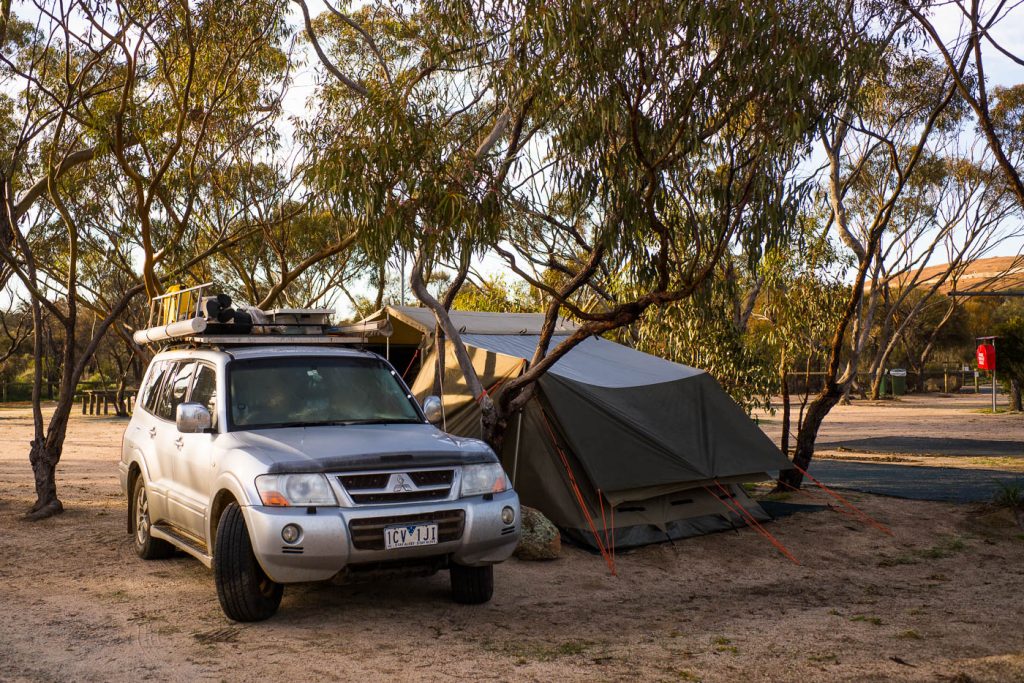 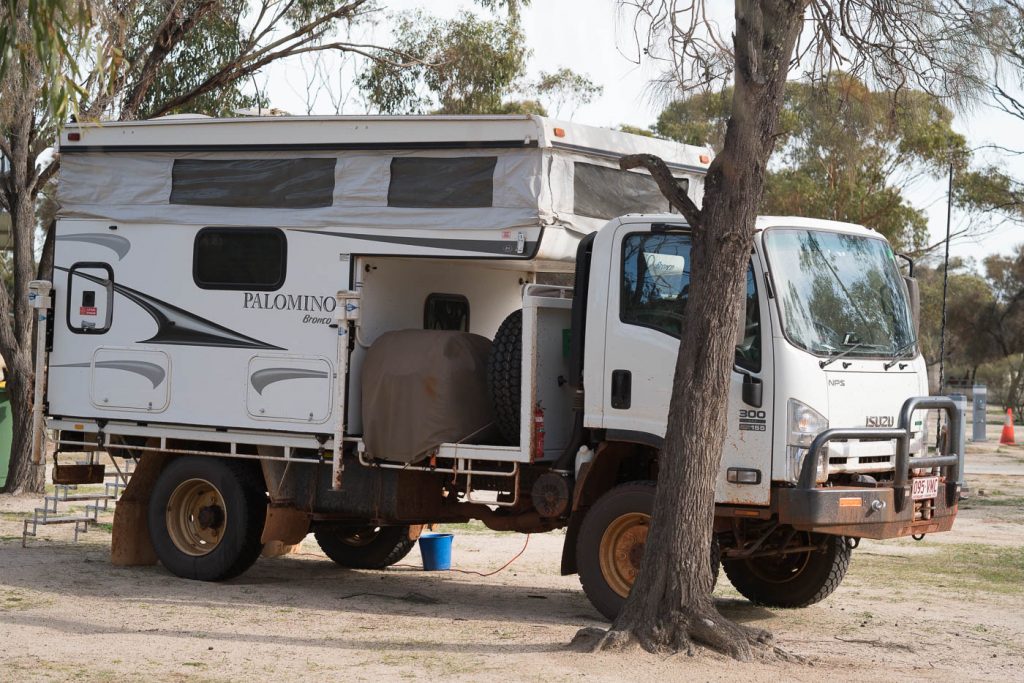 Have you ever visited the region? Any further thoughts?

Previous Post #503. The Didcot dash Next Post #505. World Photography Day: Have You Uploaded Your Pic ? (& the week-end round-up)