The last twenty four hours of our stay in the UK and something is nagging at me. Something I’ve forgotten, something important.

No, not to everyone. Just me.

My many trips to the UK in recent years have always left me time to indulge my passion for steam trains. This time, lots of other things have demanded my attention and with just hours to go before heading home, I realise I’ve been steam deprived and decide a quick morning dash for some super-saturated moisture is called for. 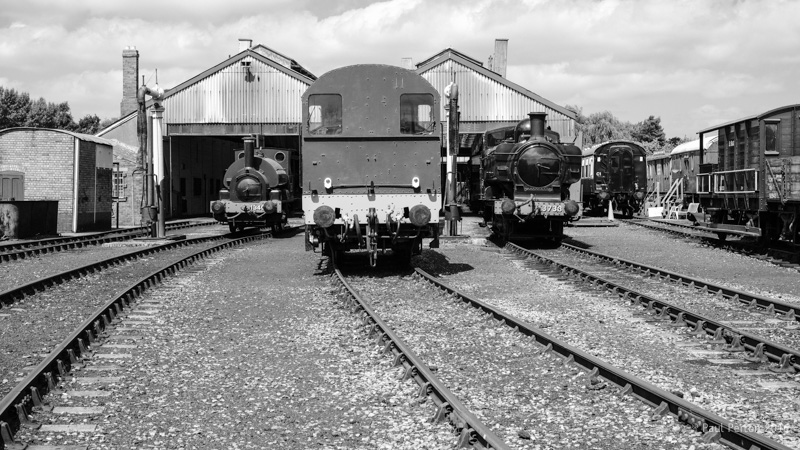 Didcot lies about 100km west of London, a significant hub on Brunel’s original Great Western Railway, standing as it does at the confluence of the line to the west, to Somerset, Devon and Cornwall and to the north, the Midlands, especially Oxford, Worcester and Birmingham.

Nestled in the junction of these rail arteries is the Great Western Society’s Didcot Railway Centre, an engine shed that survived Beeching’s swingeing axe and a tiny stretch of demonstration track on which the Society-chosen locomotive(s) of the day chug sadly back and forth, for want of access to the real main line. 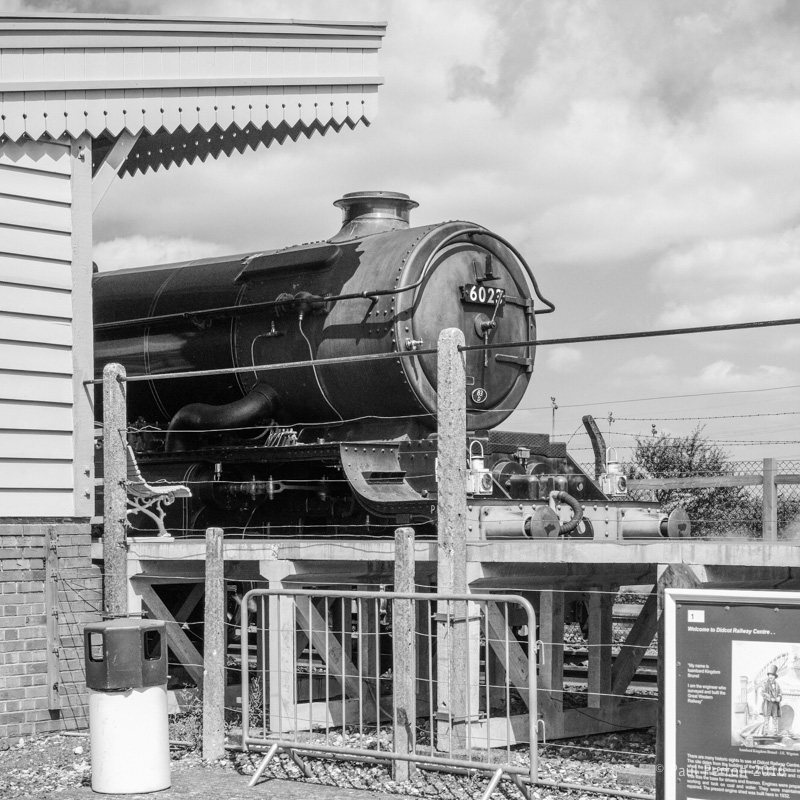 Just a whiff of the past 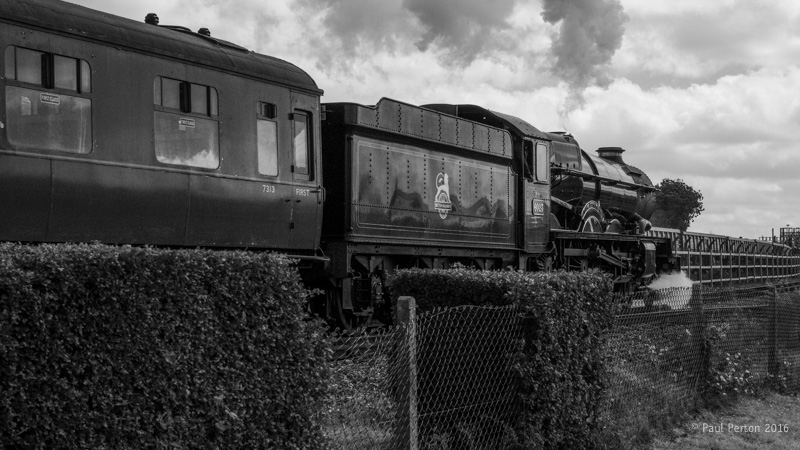 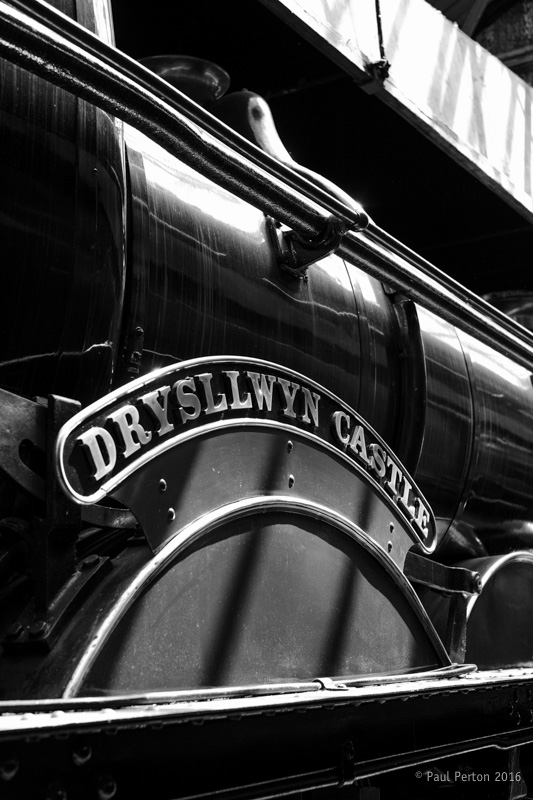 In the engine shed, a selection of the Great Western Railway’s finest steam motive power waits, either between assignments, or more likely, waiting patiently for restoration to begin. Some have been in the queue for half a century already.

Most railway photographers want to recreate the ‘50s and ‘60s through their lenses; the filth, poor maintenance, overdue for maintenance motive power and the atmosphere that only coal smoke and fresh steam can deliver.

Me too, although like my peers, I’m only too well aware of the impossibility of the task. With as much as £1m invested in the restoration of a single locomotive, the owners and operators of these engines are hardly likely to permit them to look like they’ve not been cleaned and serviced for years.

No wonder Beeching had such an easy task selling his (now largely discredited) modernisation plan. 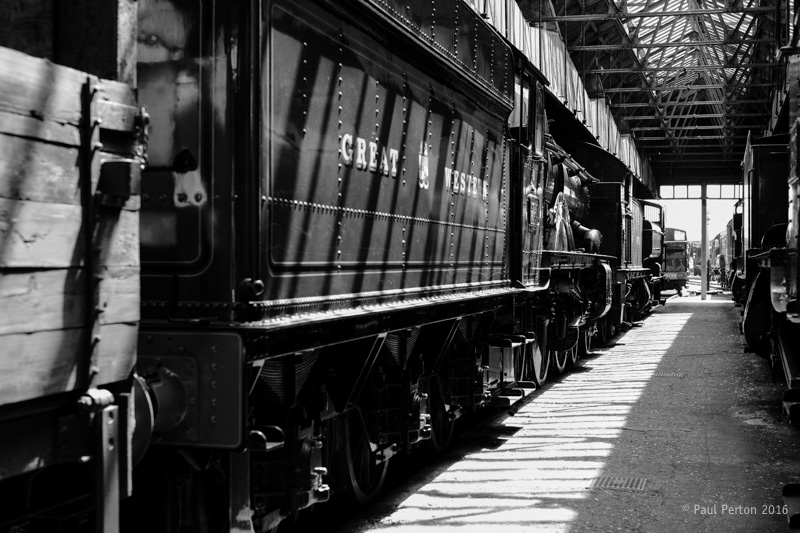 Coming off shed for Paddington to haul an express to Birmingham. I wish.

So, east London to Didcot, a couple of hours trying to recreate the past and back to London in time for a final dinner with the family, before an early start the next morning for Heathrow and many hours later, Cape Town.

All of these images were shot with the increasingly impressive (to me) Fuji X-Pro2 and most with the 35mm f1.4 in the X-Pro’s Acros (red filter) JPG mode. Little or no editing was done to the OOC JPGs.

A final note; several of these shots are of the GWR’s “King” class loco no. 6023. It’s had a chequered career since being sent for scrap in the early ’60s. From scrapyard to salvation, decades of patient waiting for restoration, which was then botched and a couple more years while the errors were resolved. Today King Edward II is sublime – one of the UK’s most powerful steam locomotives, magnificently restored and doubtless itching to hit the mainline at the head of one of the many enthusiasts’ special excursions hurtling daily to the north, south east and west of the country’s rail network. 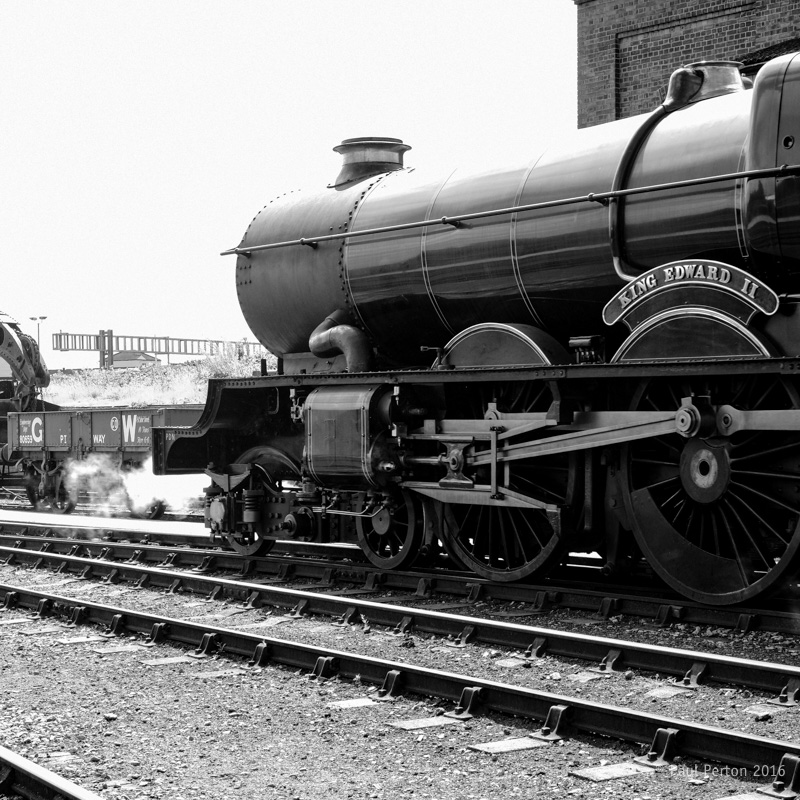 Acuity and polish aside, this could be 1962 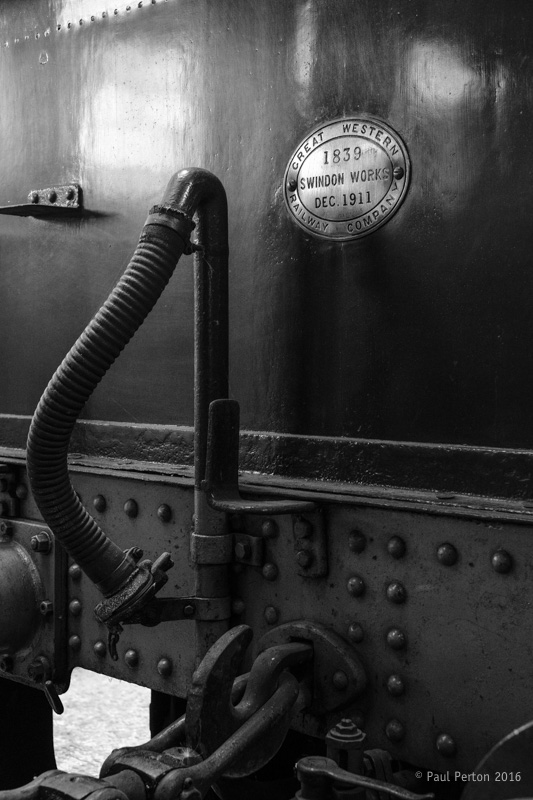 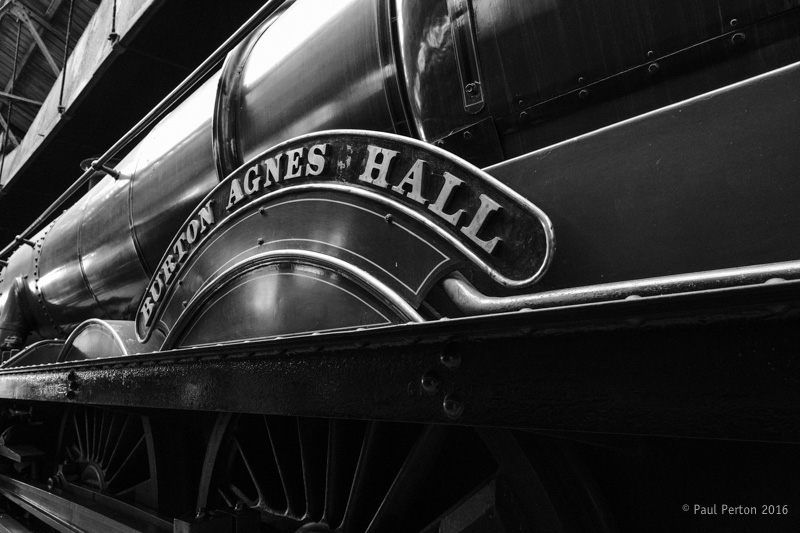 Classes named after Kings, Castles, Manors, Granges and these, Halls 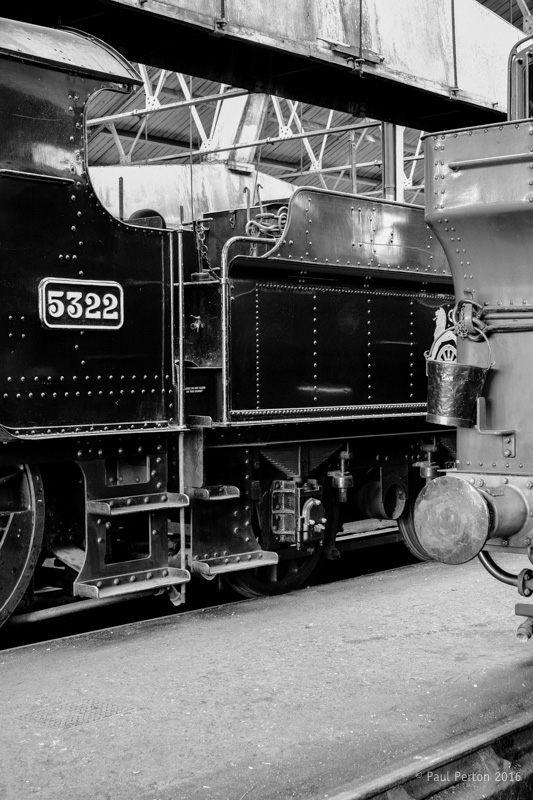 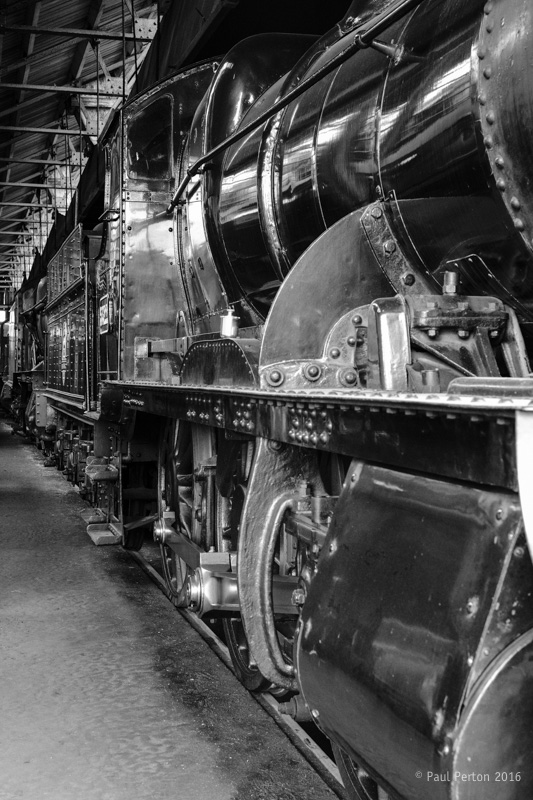 Between roads 3 and 4, Didcot