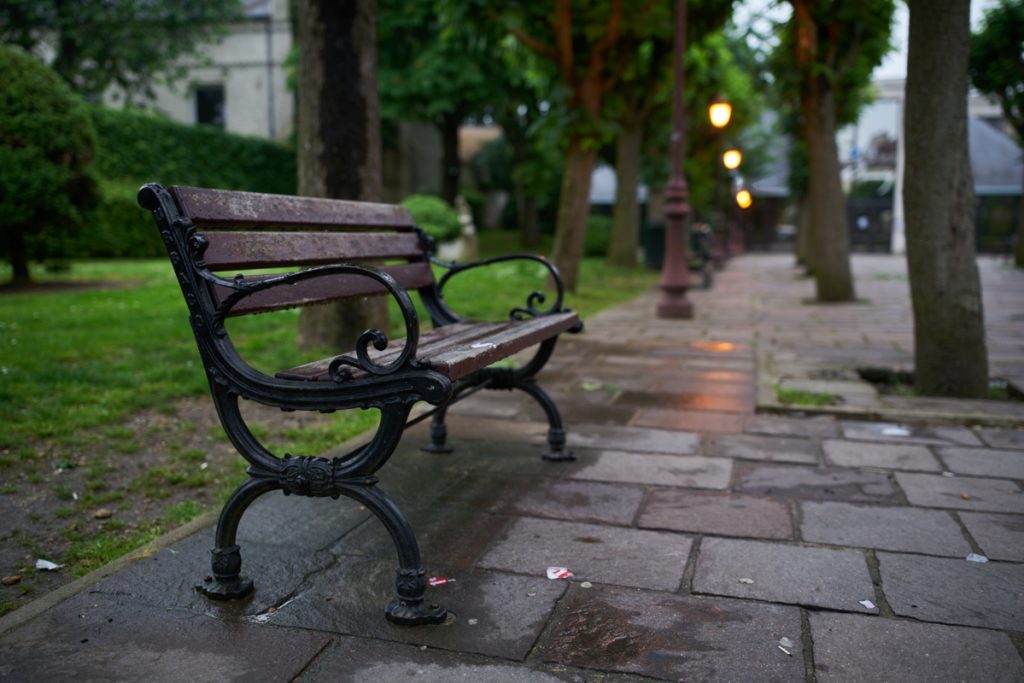 Writing a (p)review of this lens is both easy and not easy. Easy, because, as you will see, it isn’t hard to read my mind on this huge piece of gear. Not easy because, once that is said and done, it needs to be put in context. Is a lens that weighs 1,4kg really useable everyday for street? Is it worth its 4750€ price tag? How can you justify the small increment in performance over a premium lens that costs two-thirds less and weighs half?

So, it seems I have my work cut out for me. First, the easy part. The Otus 28 is, in my mind, for my type of shooting, and after only a few days’ experience, not only the best 28mm lens I have ever used, not only the best of the 3 Otus lenses, but what I consider to be the best 35mm lens ever. Now let me explain that. By “best” Otus, I don’t mean that it has the best MTF or some such technical, numerical superiority. I don’t talk about its rendering, which can be a matter of taste. No, I mean that MM. Zeiss have oh-so-cleverly designed the Otus 28 with a set of virtues that let it deliver a greater number of fabulous pics from given scenes than any other FF lens I know. 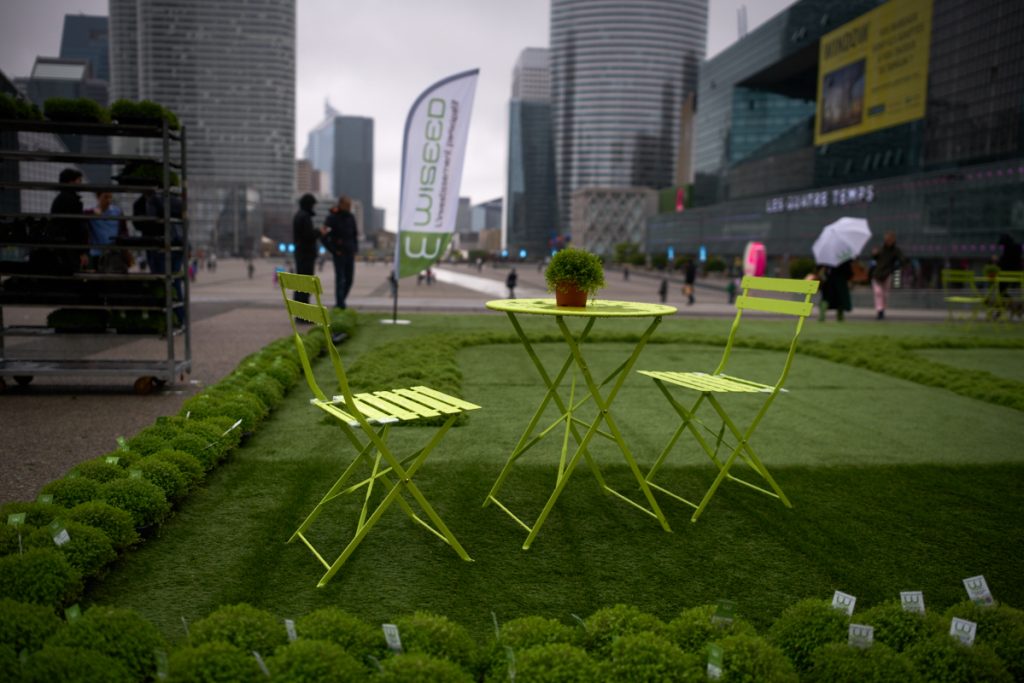 Now, before you sentence me either to an eternity in hell or a lifetime in a straitjacket and padded cell, for daring to compare lenses that obviously can’t be, such as a tele lens and a wide-angle, let me tell you how I see it. 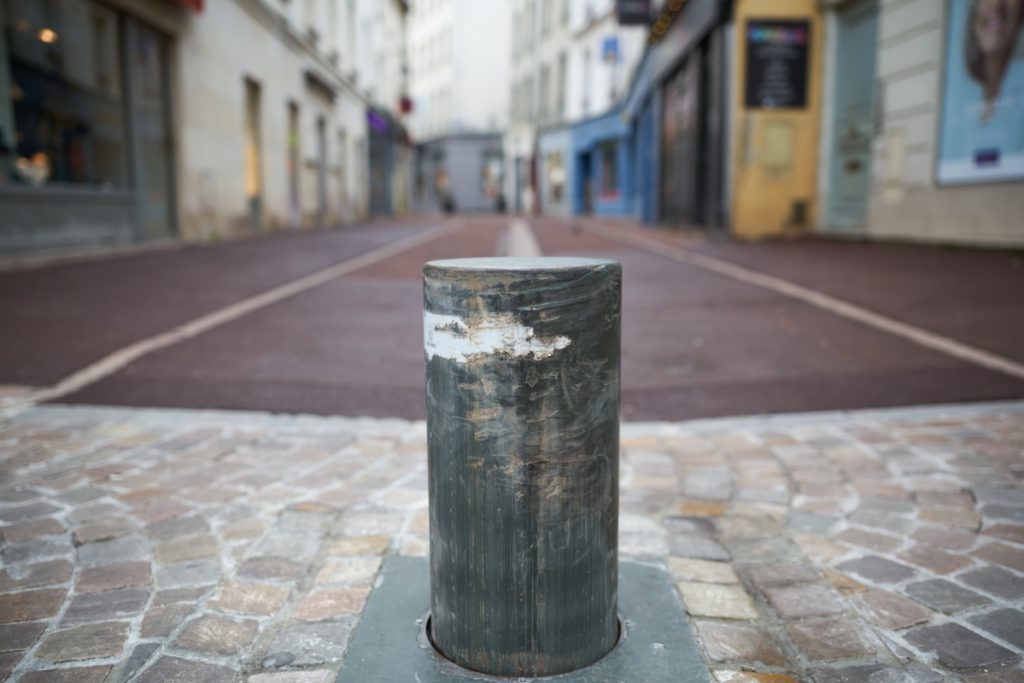 DearSusan has coined the term “überlens”. Those lenses that can not only deliver superlative IQ, exceeding camera capabilities and owner’s expectations, but that can do it over a broad spectrum of types of shots. Simply put, the Otus 28 sets new standards in both criteria. The performance exceeds my expectations, even though as the owner of a Otus 55 and one well versed in the Otus 85, I am no newbie to Otus performance. And it does it across such a wide variety of subjects that I am (almost) ready to declare that what I until now thought to be my favorite focal length, 50mm, is now superseded. If I had a desert island lens, it would be the Otus 28mm. 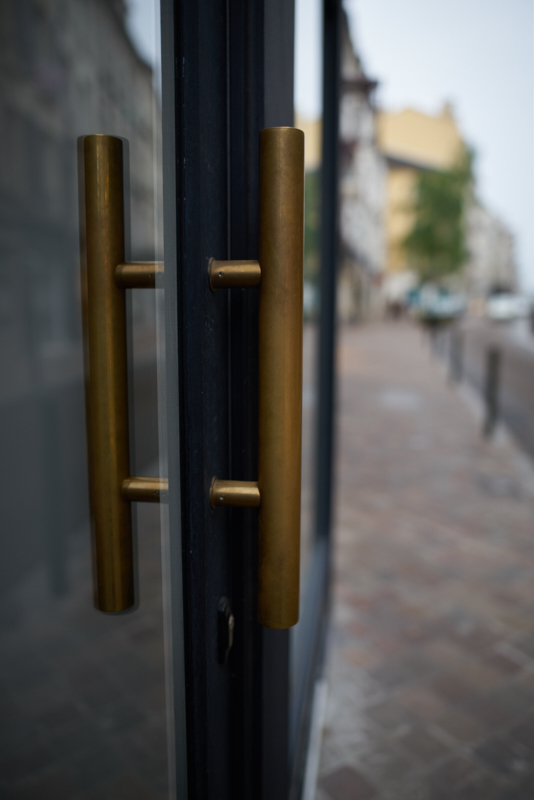 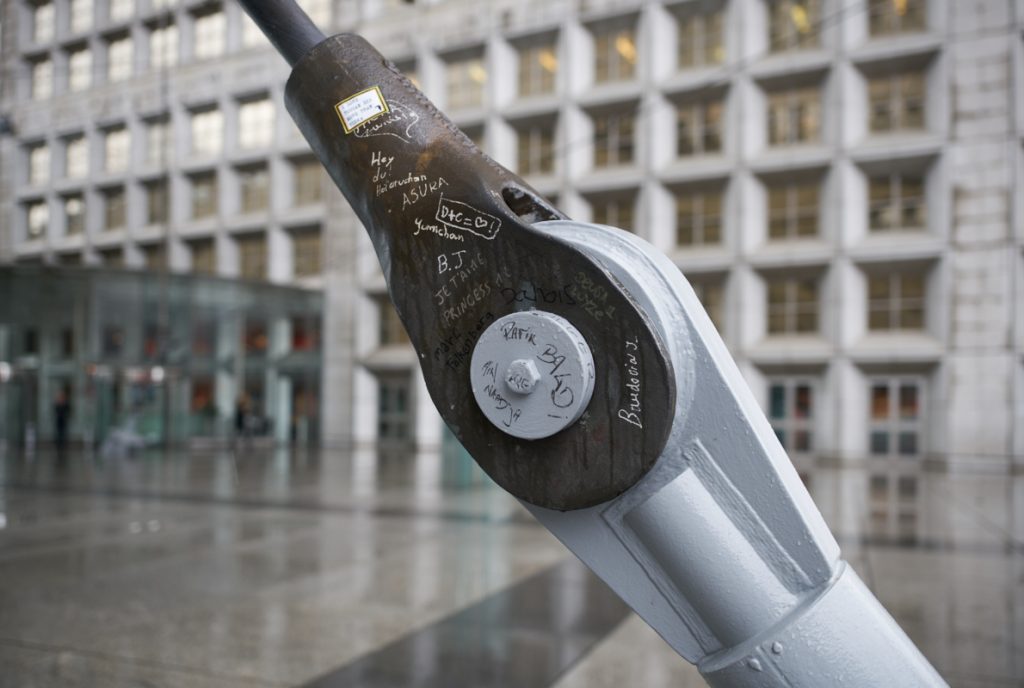 First part: where the 28mm is “typical Otus”. Colours, detail, sharpness are all in line with expectations. Huge amounts of detail, all of them beyond any question of sharpness, even though it is easier to see it in a tele lens than in a wide-angle. Basically, I just zoomed to 100% on camera to check my focus, and just had to laugh time and time again at how “good” the result was. Colours, shades, structure, materials, differentiation, subtle inflections are there in spades. This is an Otus without a doubt. You can almost get a sense of smell and temperature… well not really, but slowly getting there…:-). As (I hope) you can see from the pictures in this post, neutrality and transparency are of the highest order. You like it grungy, this lens can do grungy. You like it warm and fuzzy. Can do that too… and so on. Finally, how versatile is it? Up close? Exceptional. At infinity? Superlative. Wide open? Really sharp. Closed down? Impeccable.

Also, in terms of looks and haptics, the 28mm is vintage Otus. in particular, its very long and oh-so-smooth focusing ring make precise focusing a breeze. A delight. 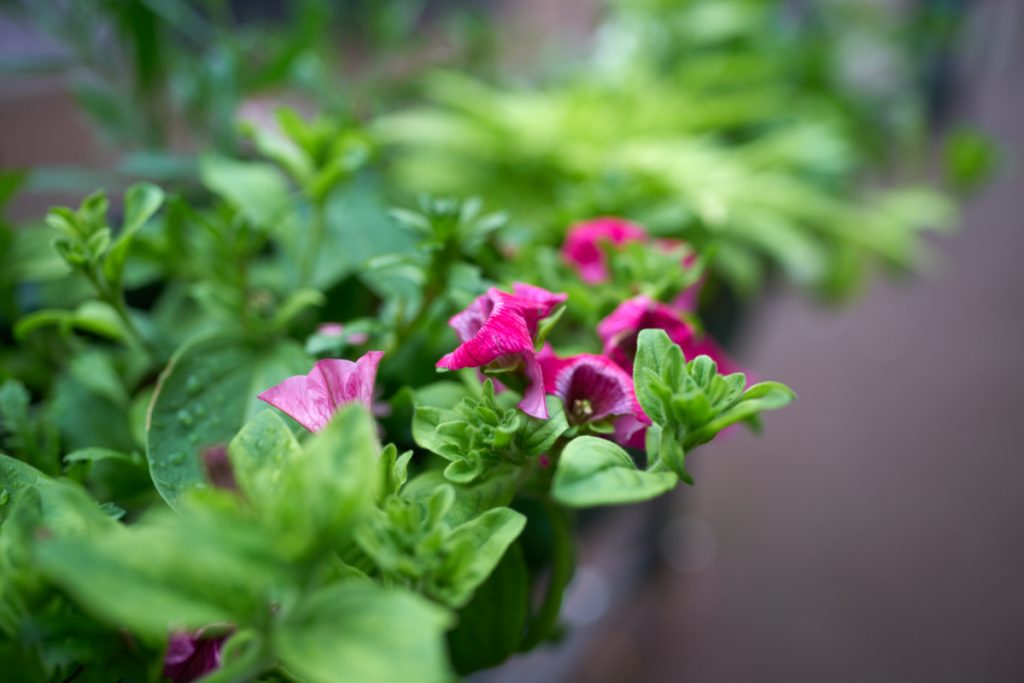 I have to stop this before you think that I’ve completely lost any sense of perspective. But let me tell you this. It is much more comfortable for a reviewer to find something that is wrong than the opposite. If you criticize, it demonstrates that you are thorough, honest, demanding, and watching out for the interests of your readers. If you find “all things beautiful”, you are suspect both technically, and morally, of pandering to interests other than those of your audience. 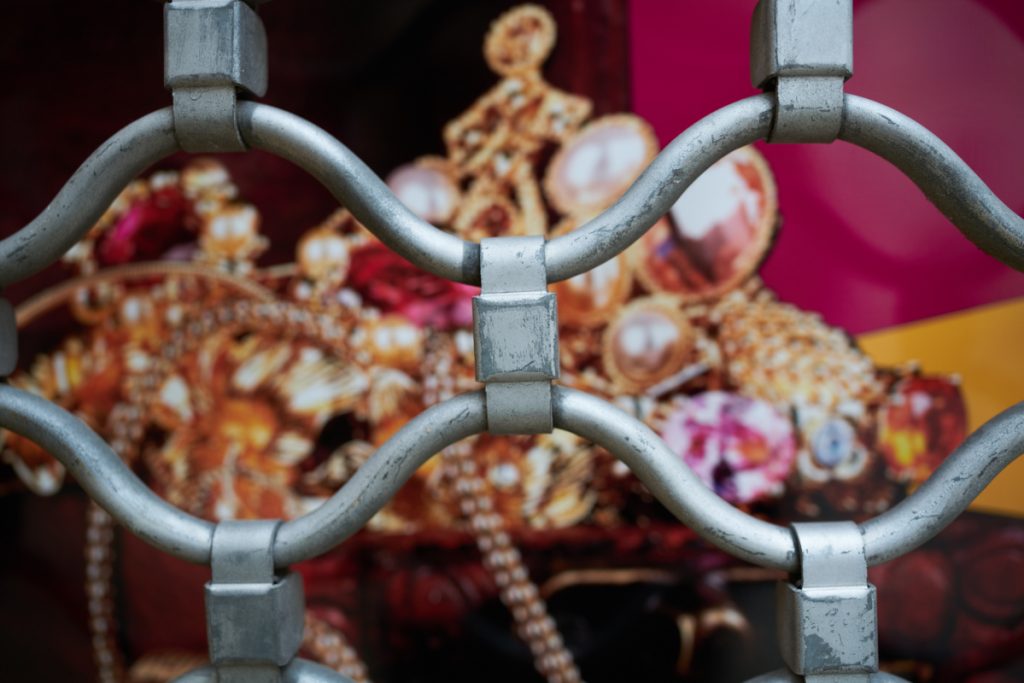 So, after this avalanche of superlatives, let me tell you how comfortable I am in deploring 3 aspects of the Otus 28mm. Yes, 3, and major ones. The cost, the weight, the bulk. That is what will keep many people who would have loved such a sublime lens from owning one. 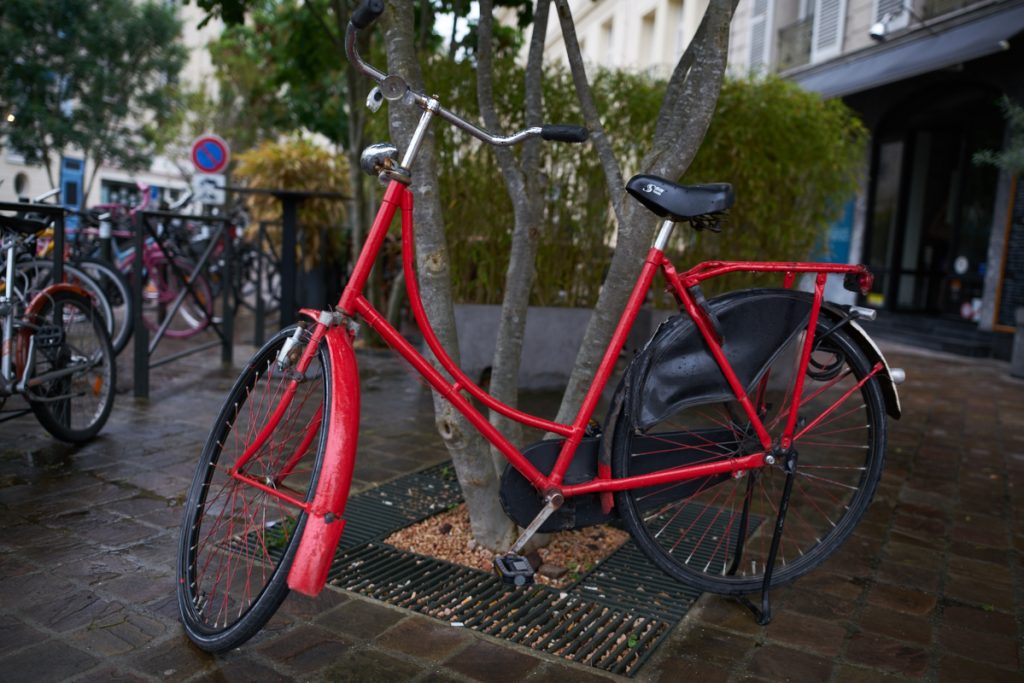 Now to the second part: where the 28mm is different from its Otus brethren. The 55mm has a structured bokeh, meaning the out-of-focus part of the picture retains more structure and detail than other lenses, some of which go for “creamy” bokeh. This structured bokeh lets me use the out-of-focus background as part of the story-telling. Out-of-focus, yet still meaningful. The bokeh is where the 28mm is magical. Until now, I used a 28mm Leica R Elmarit V.II, often considered one of the finest lenses ever designed in this focal length. I did some comparison shots at f:4.0, an aperture at which both lenses ought to be at their best. To my surprise, the Otus blurs very significantly more than the Leica. Yes, there is structure in the bokeh, with shapes and colours, but the blur is greater. And this is where it gets, fascinating. With a wider lens, you have more elements in your picture than with a longer lens. Therefore, if anything is untoward in the background, the picture is not as clean as I’d (you’d) like. Not so with the Otus. As the background is more blurred, the background has a lesser ability to distract the eye. And that is where it makes total sense: the Otus is a f:1.4 lens, and many people can wonder: why such a large aperture, as 28mm is more landscape than portrait? So, closed down performance matters more than wide open. No longer, friends. Shooting at f:2.0 is just such a joy. Get close to your subject, which will become almost painfully crisp and sharp, and the wide lens blurs your background sooooo nicely. You can still see what is there, but silently, without drawing attention to itself. So easy. 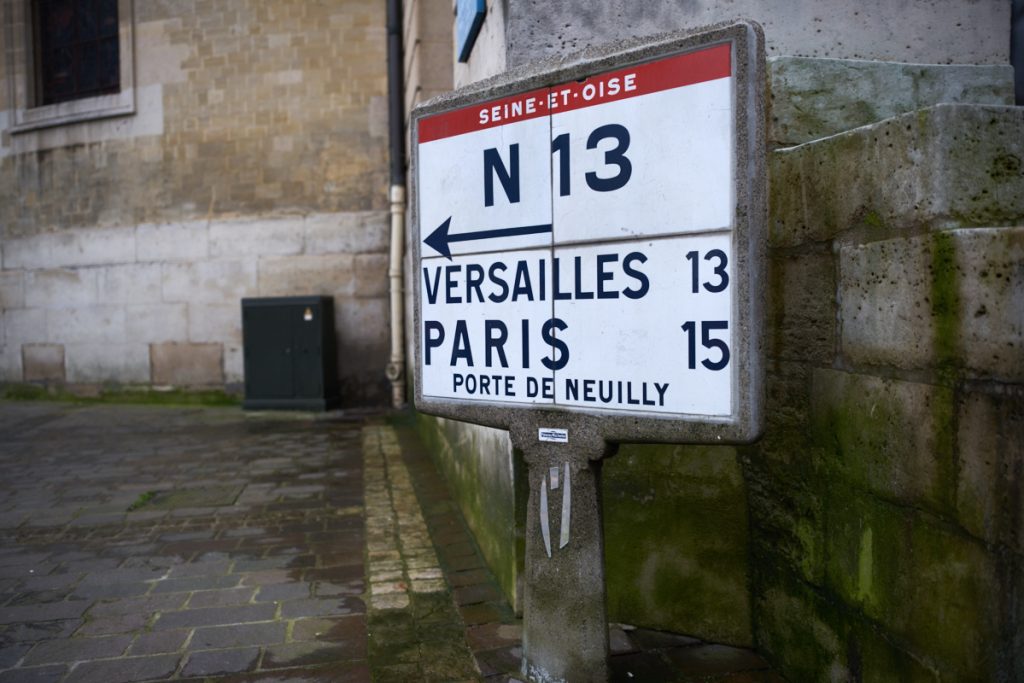 This is why this Otus is giving me heartache: until now 50mm is my favorite focal ength because with it I can do everything and anything: from landscape to portrait to street to product to close-up (with a tube). Definitely my go-to focal-length. It is not for nothing that Henri Cartier-Bresson achieved greatness with just that sort of lens. But the Otus 28mm turns that on its head. You want wide, and it is wide. Then if you want to close up, just close in, with an MFD of just 30cm. You want the background out-of-the-way? Open up the aperture. You want to see it, close down. Yikes! This means that the 28mm can do it all? You bet! You can even pre-focus at f:5.6, and get a sharpness area that stretches from 3.6m. (12ft.) to infinity. No need to re-focus, just point, and shoot! 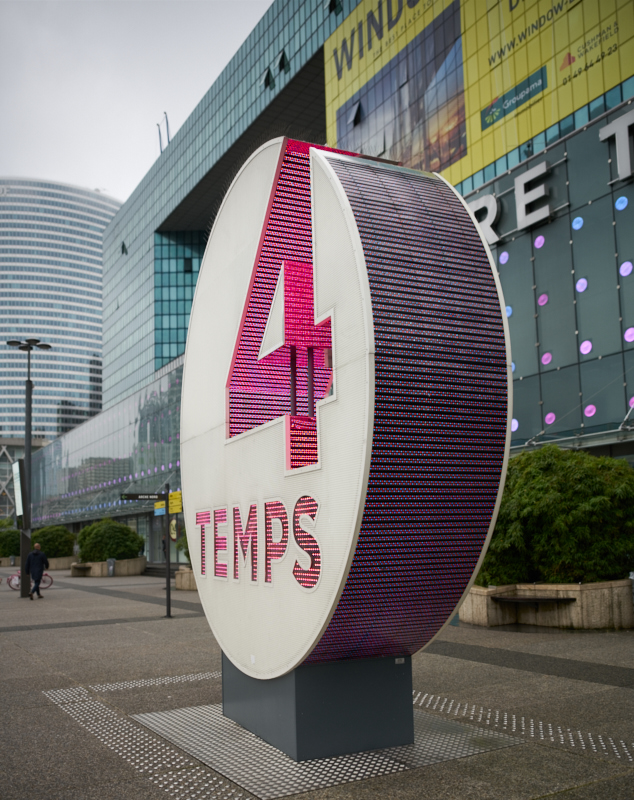 Now, before you tell me that I’ve talked about landscape performance without showing it, here is one such picture. That there aren’t more is just a reflection on the amount of rain that Paris has been receiving these last few days. The picture is a close-to-100% crop. No filters, no shenanigans. And look at the quality of the background foliage. 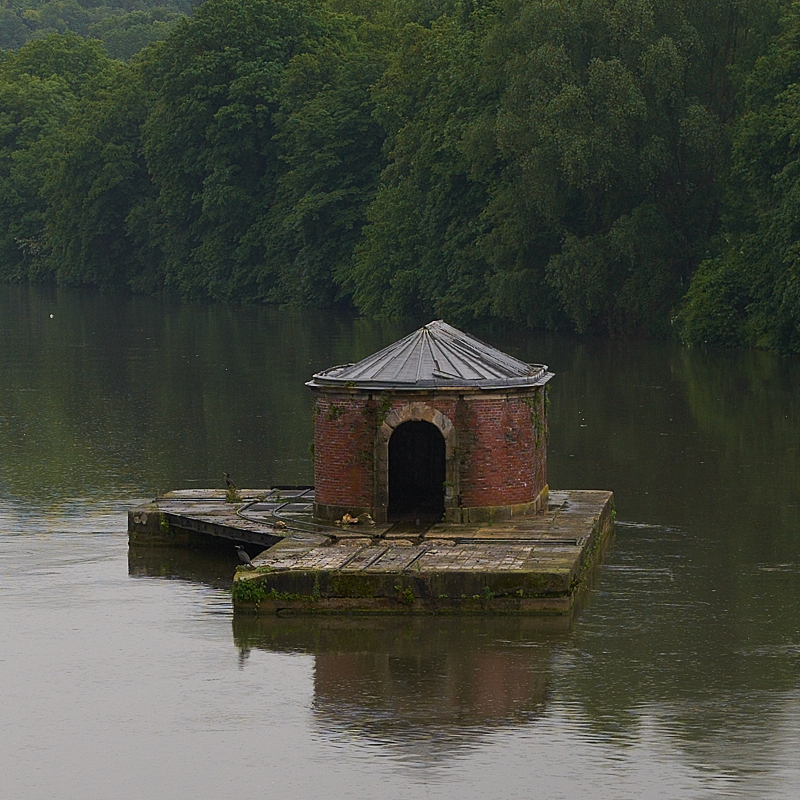 Just to give you an idea of the full shot, here is its sibling, SOOC: 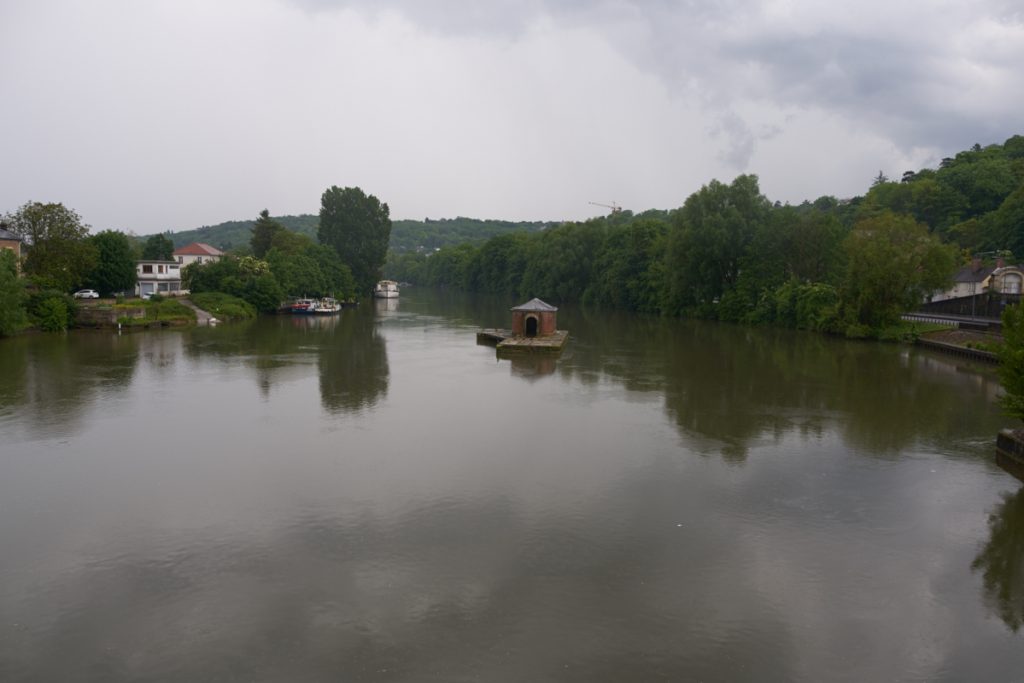 Just one more thing before I sign off (Pascal has pried the lens out of my hands anyhow! ): ) the Otus 28mm has strong contrast au naturel (think: Loxia 21, 135 APO) and thus requires, to my taste, almost no PP other than standard sharpening. 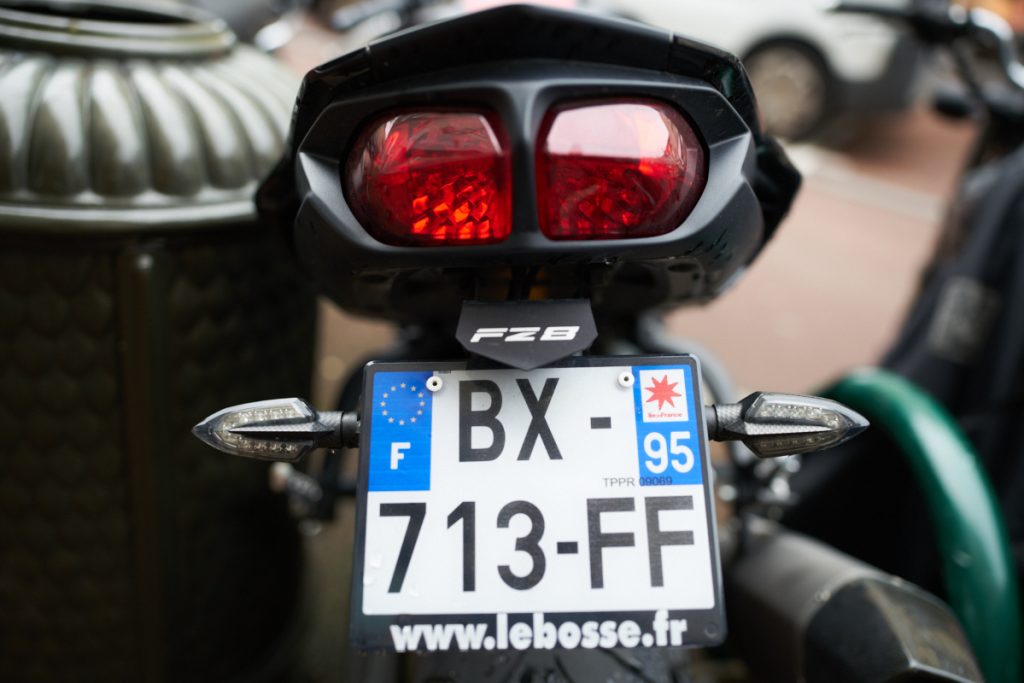 Conclusion: do I need to add anything? Ah, yes, to remind you that I hate heavy lenses, and even more so when they are expensive. So I would LOVE  to hate the Otus 28mm. But no can do. It is just too good.

What is this lens, anyway ? 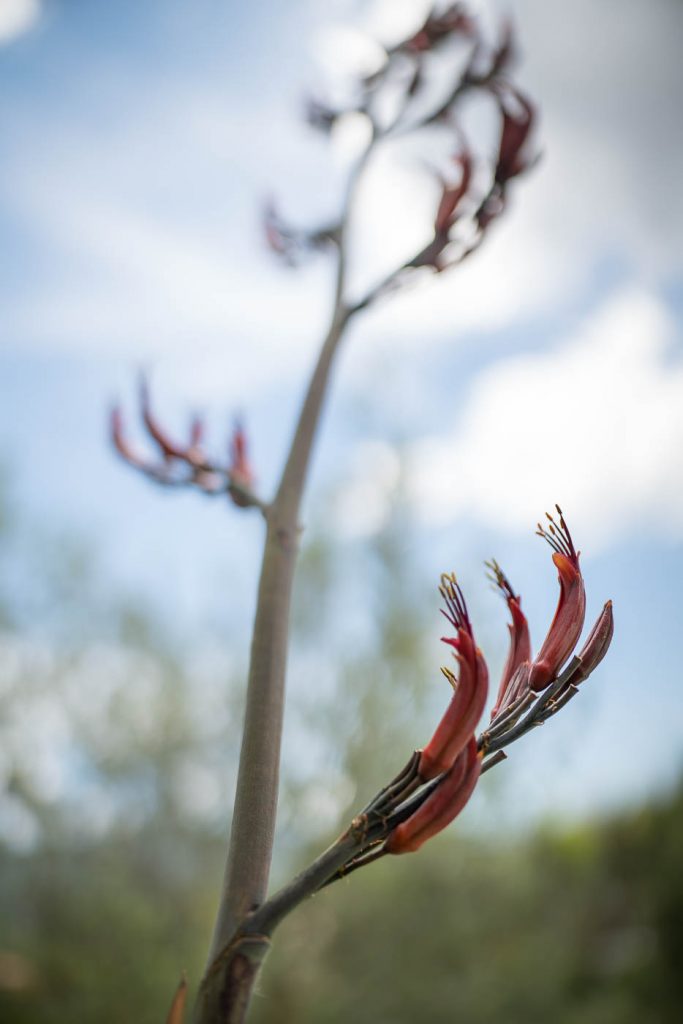 My first contact with it was in Salon de la Photo, in Paris a few months ago. Zeiss were kind enough to loan it to us for a few minutes and it impressed me by its weight and it’s ability to render 3D but also by some unheard of chromatic aberration and other niggles.

Perhaps more impressive were the stunning portraits displayed on the Zeiss booth and made with this lens. So stunning that it all made me wonder whether the OTUS 28 hadn’t been designed as a portrait lens. A first for a wide-angle lens? 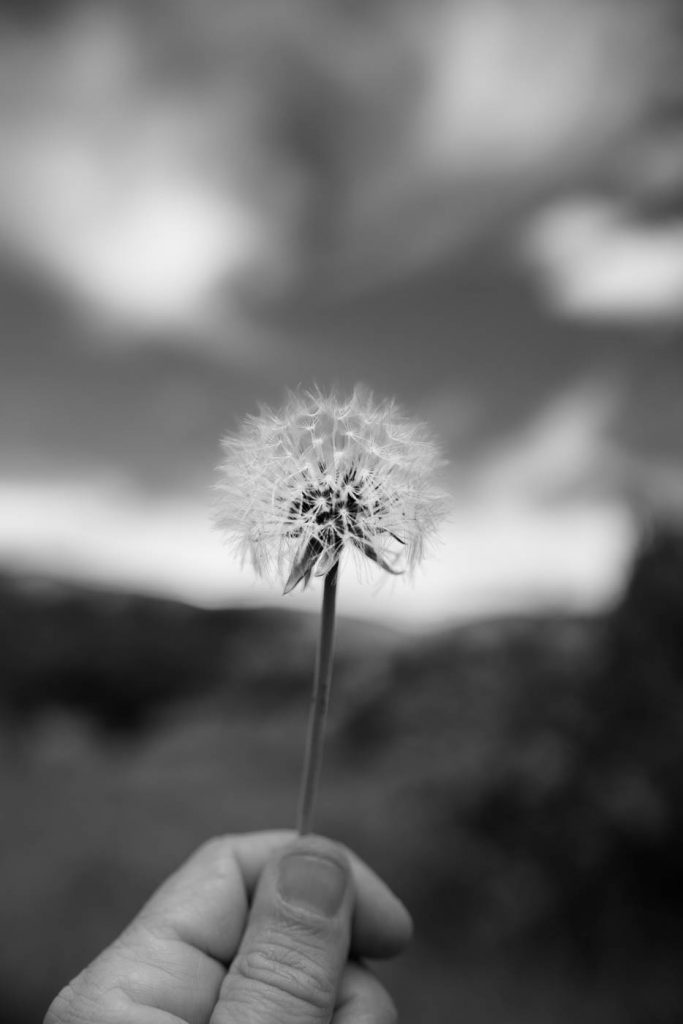 Today, with all of 4 hours of experience at home with the OTUS 28, it’s easy to realise how wrong I was. This is in fact a macro lens ! 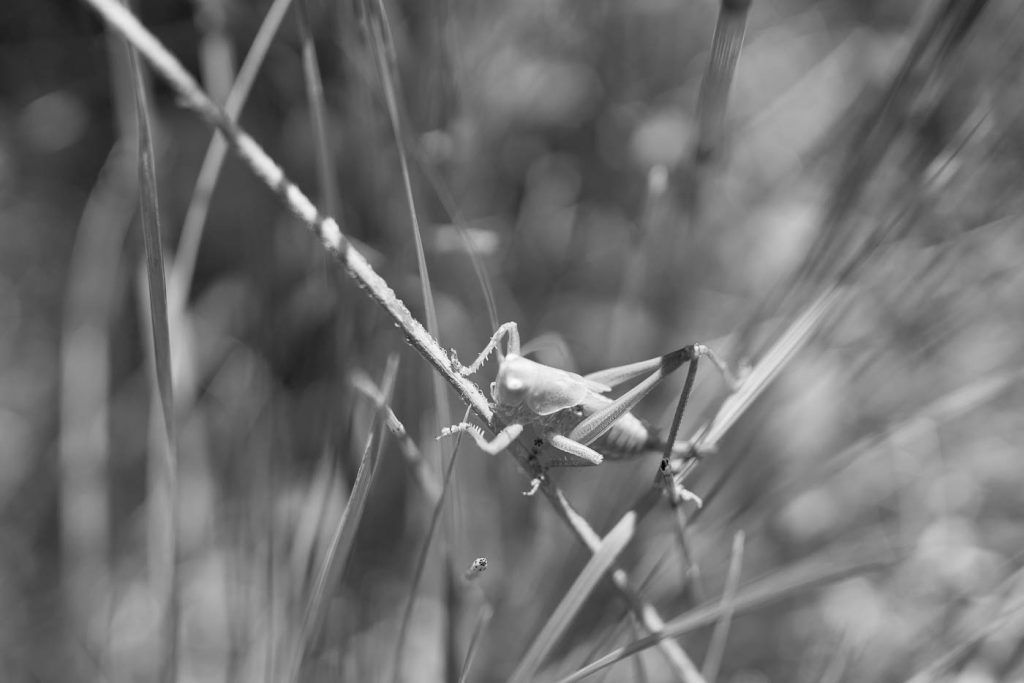 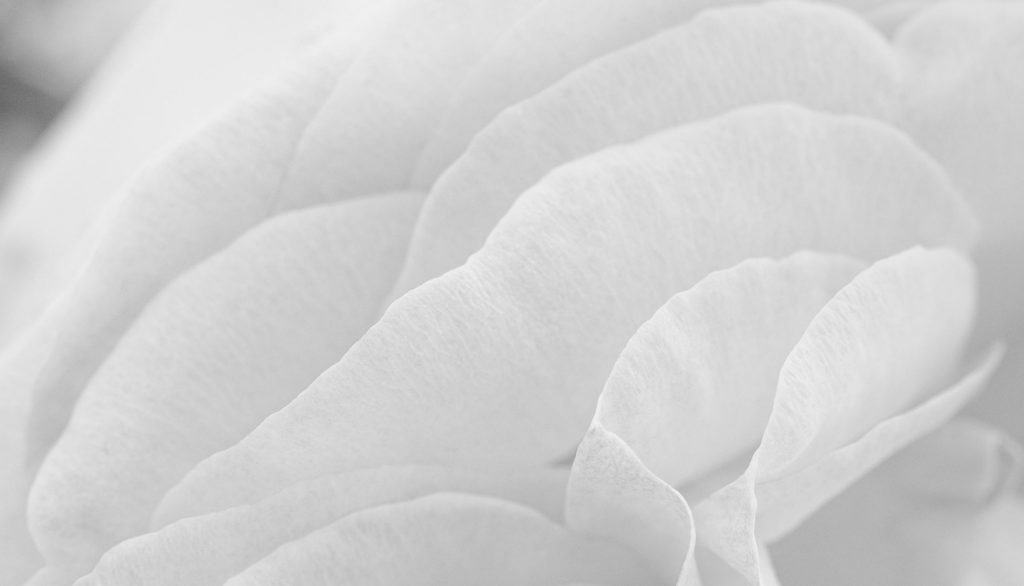 It seems to excel at every aperture at its minimum focusing distance of 30 cm. “Close up” takes on a new meaning when you are used to ZM lenses that max out at 90cm!

Oh but wait! It seems to excel at medium distances as well!

So maybe it is a great portrait lens after all!

Oh, but what’s this? A cream machine? 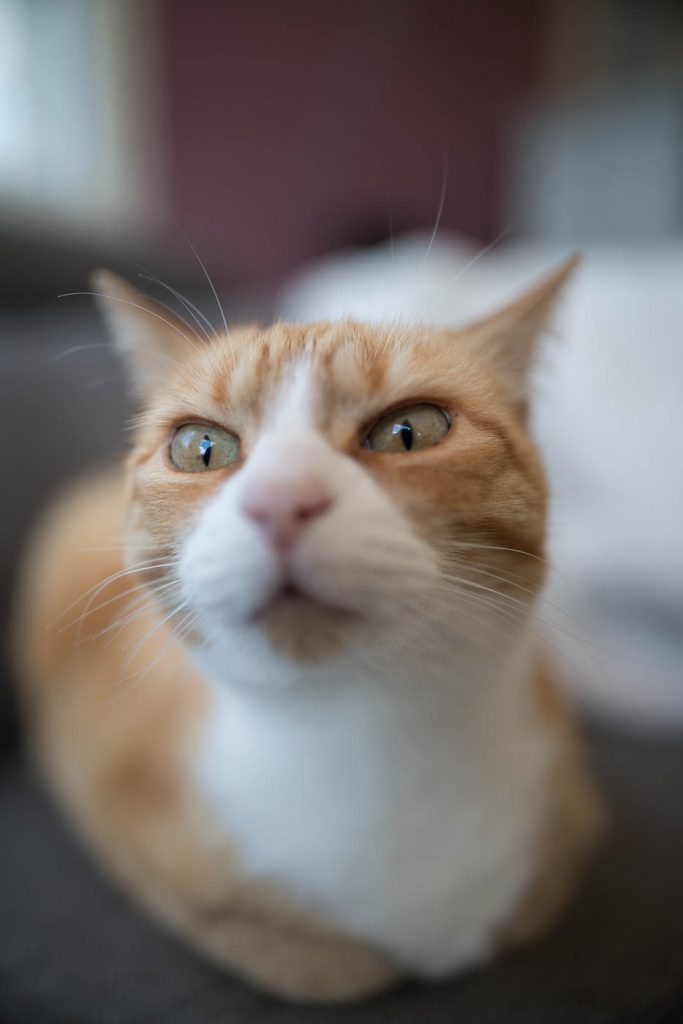 And, as Philippe’s photographs of the Seine, and the one below, prove in spades, it is equally at ease at infinity, in landscape mode. The sense of depth is fantastic, colours are spot on, handling of highlights superb (a controlled global contrast with a fairly high micro-contrast) … everything falls into place. 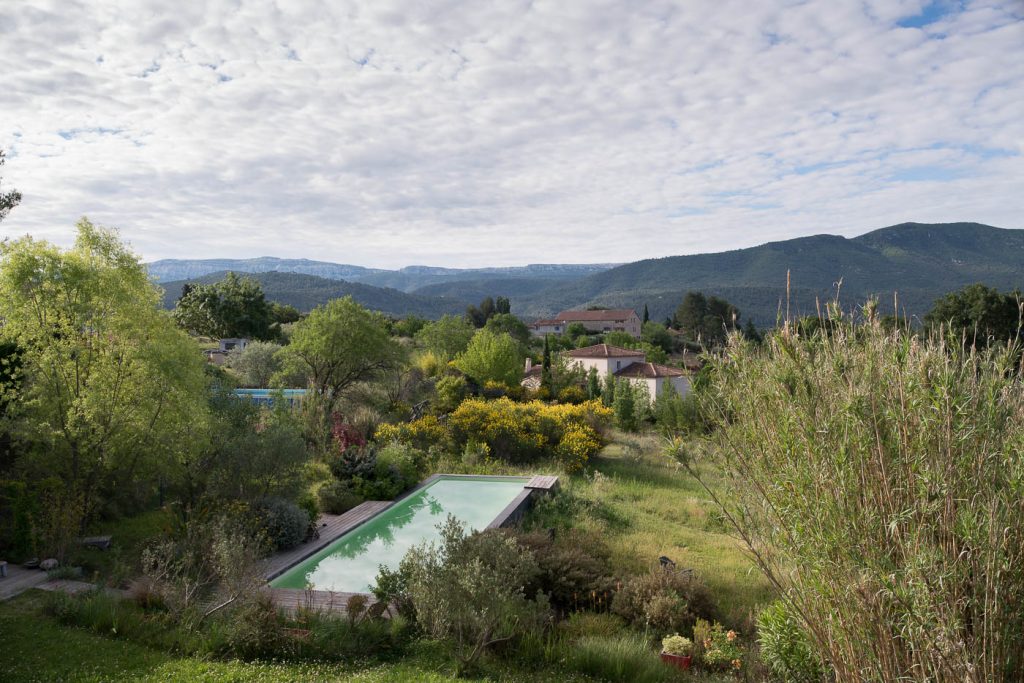 Sharp? You bet. Here’s a 200% enlargement (yeah, that’s a 4m wide photograph, on most screens) of the tiny window above the lower roof of the house, 70m away. The lens is ridiculously sharp. 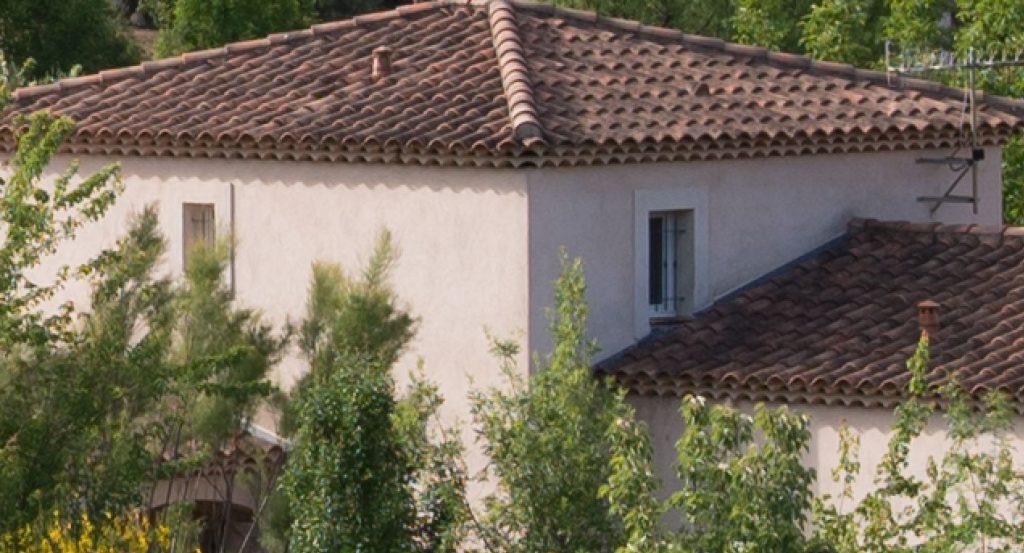 If the inordinately inclement weather allows, I’ll test the lens for astrophotography at some point, and fully expect it to be a stunner too.

So, we’re back to square one: what on Earth is that lens ???

All I know is that it adds a real WOW factor to the most mundane shot, see below … 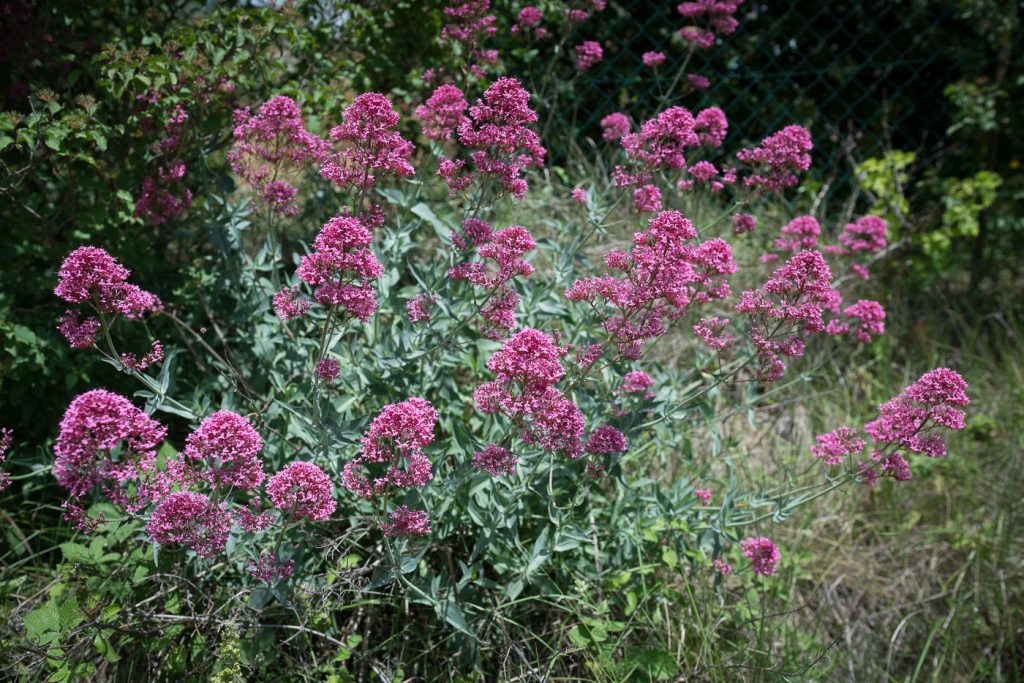 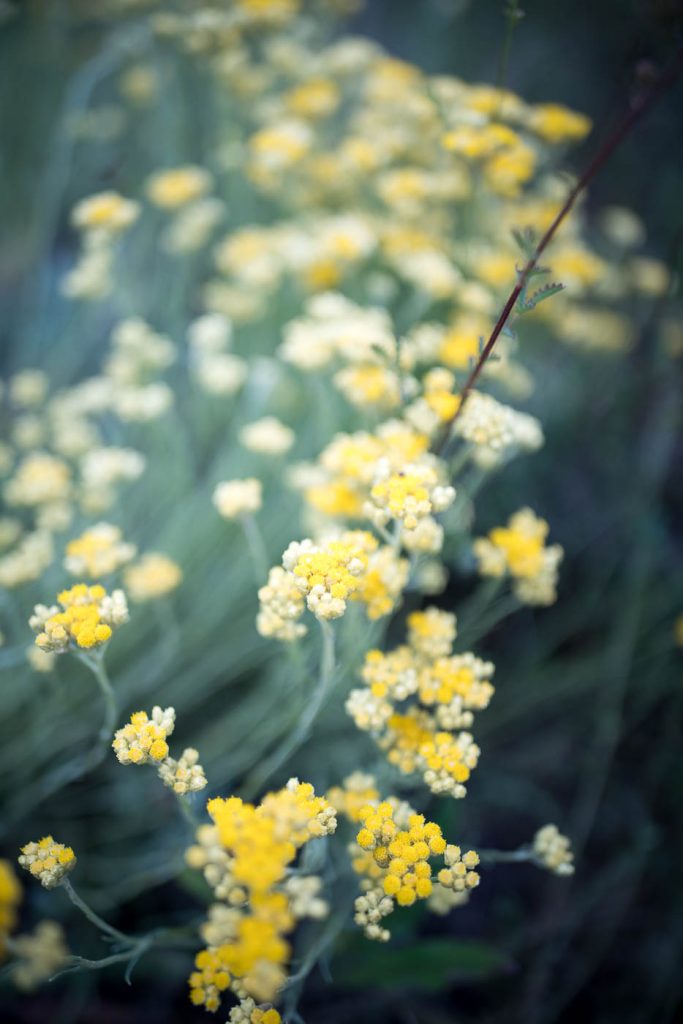 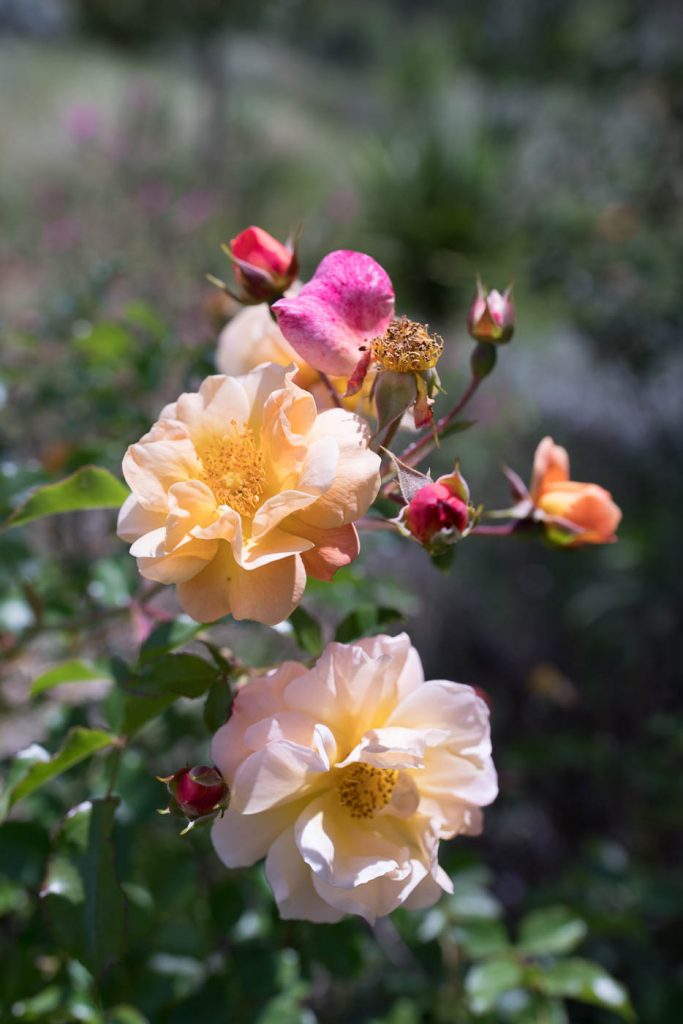 Even my reference Audrey (Distagon 1.4/35 ZM) doesn’t seem to perform any better. 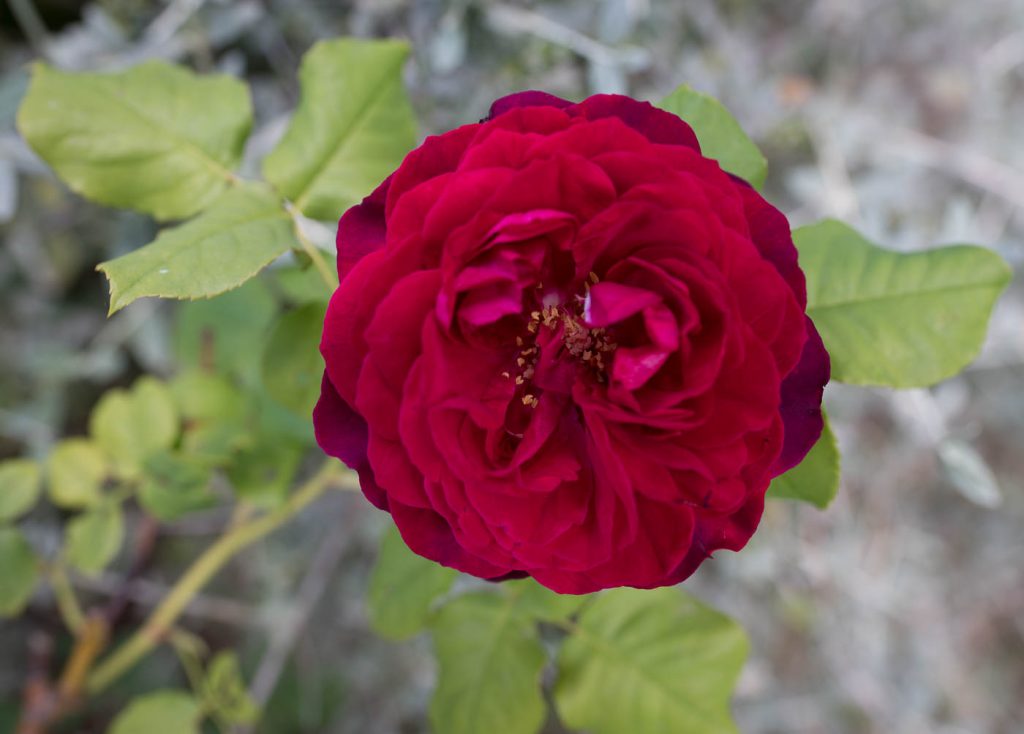 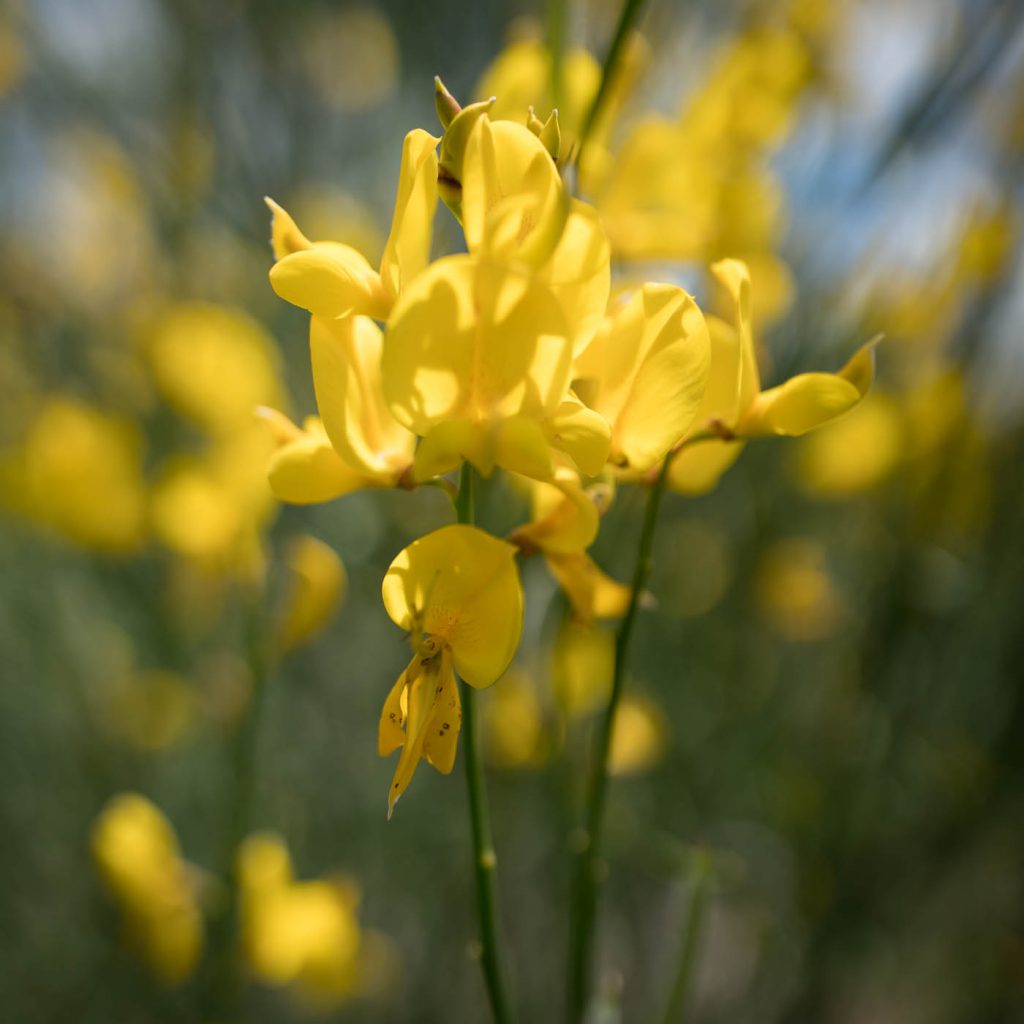 Also, to conclude these first impressions, let me just say that it took me a long time to make anything worth showing with the OTUS 85 (which I went on to buy) whereas this 28mm version appears to be incredibly easy to use. Just point it at anything and the results are lovely. 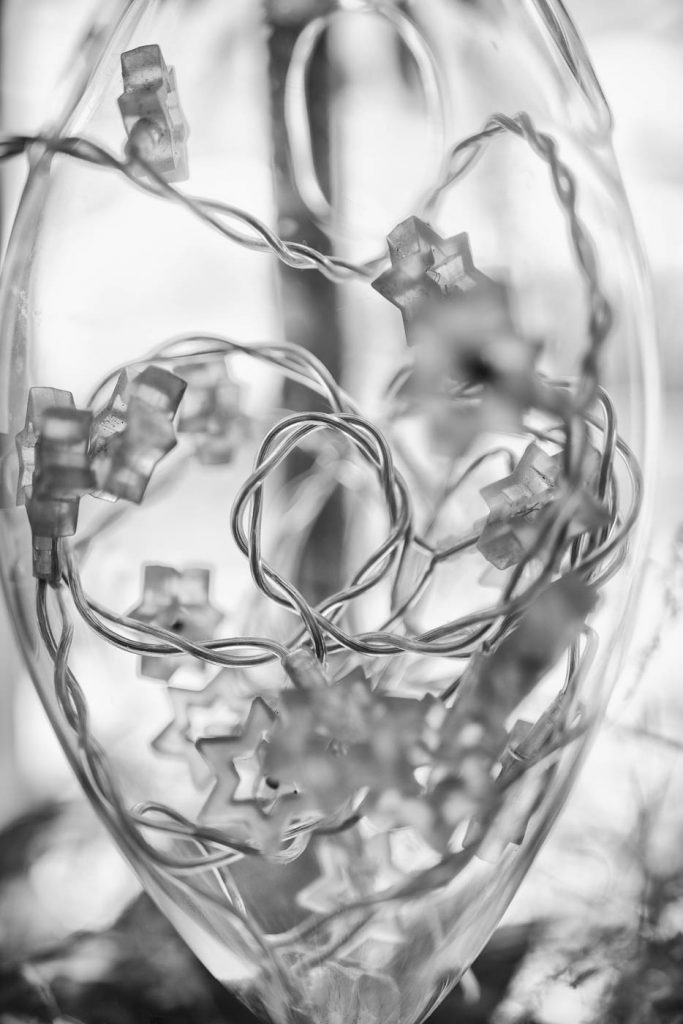 So here’s the plan. Onver the coming weeks, I’ll be :