During our recent Paris workshop, Joakim was kind enough to lend me his Leica Summilux 50. Since he is much younger than me, I prudently decided not to run away with it, but still managed to get a few shots with the intention of writing a brief review.

Work, mice, men, plans … the review got delayed and forgotten, until I stumbled upon the photographs by accident this evening. 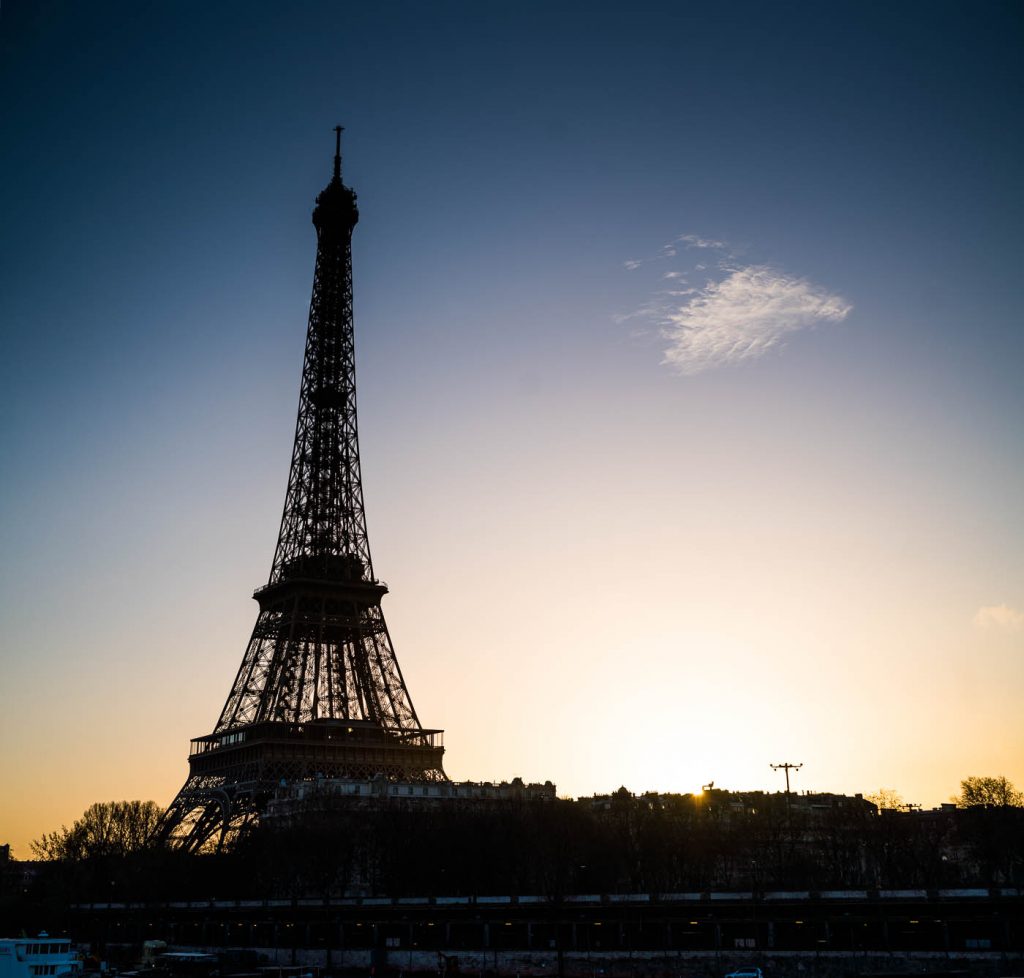 So, what’s it like? Does the best from Sony and the (almost) best in Leica’s range prove a copacetic couple or does the dreaded sensor stack incompatibility mess up the whole caboodle? Can the tiny Summi outweigh the mighty Oti? Onwards, to find out!

The charge of the superlight brigade, 1. Sony A7rII and Leica Summilux-M 50/1.4.

To be really honest, the answer to all of these would have to be a yes and no. At a purely objective level, the Summilux does some things remarkably well and falls short on others (with the Sony). However, subjectively, the love factor positively skyrockets through the roof. And this, for 3 reasons. 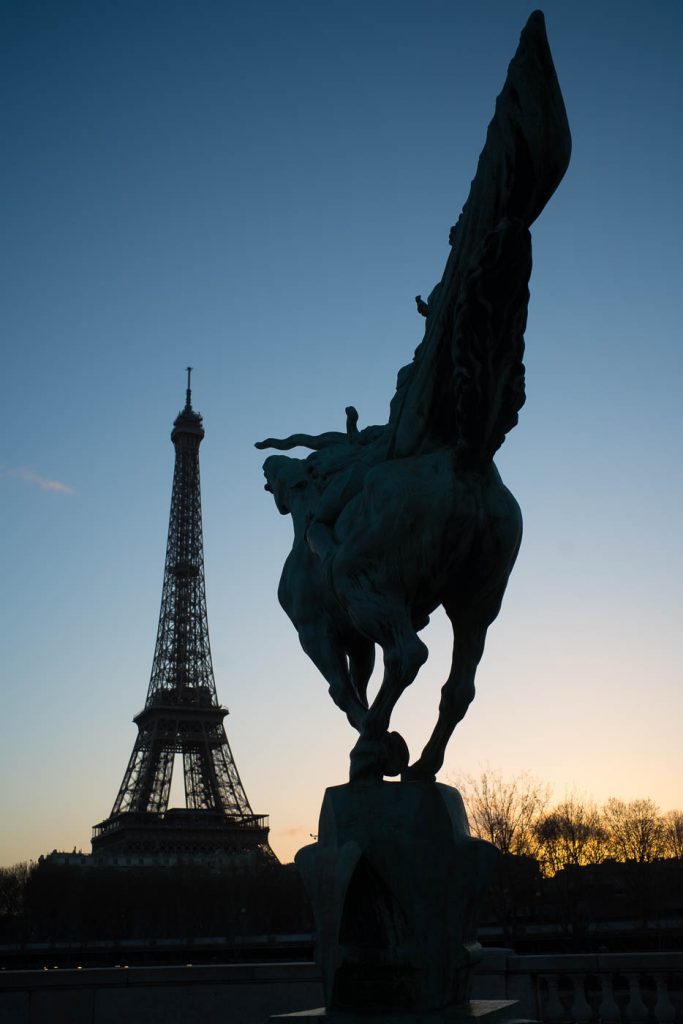 The charge of the superlight brigade, 2 – Sony A7rII and Leica Summilux-M 50/1.4

The Elegance of the Summilux

One of them can be summed up in a word: elegance. This is intangible, cannot be proven in a lab, or replicated and is entirely subjective.

As the Festival de Cannes opens its doors once again, the long dresses and shiny tux might make you more inclined to forgive my use of this soft trait to justify my elation for a lens that costs a small fortune and is here used on a camera that’s not optimised for it (this may sound old-fashioned, but don’t you think bodies should be optimised for great lenses, rather than the opposite?) 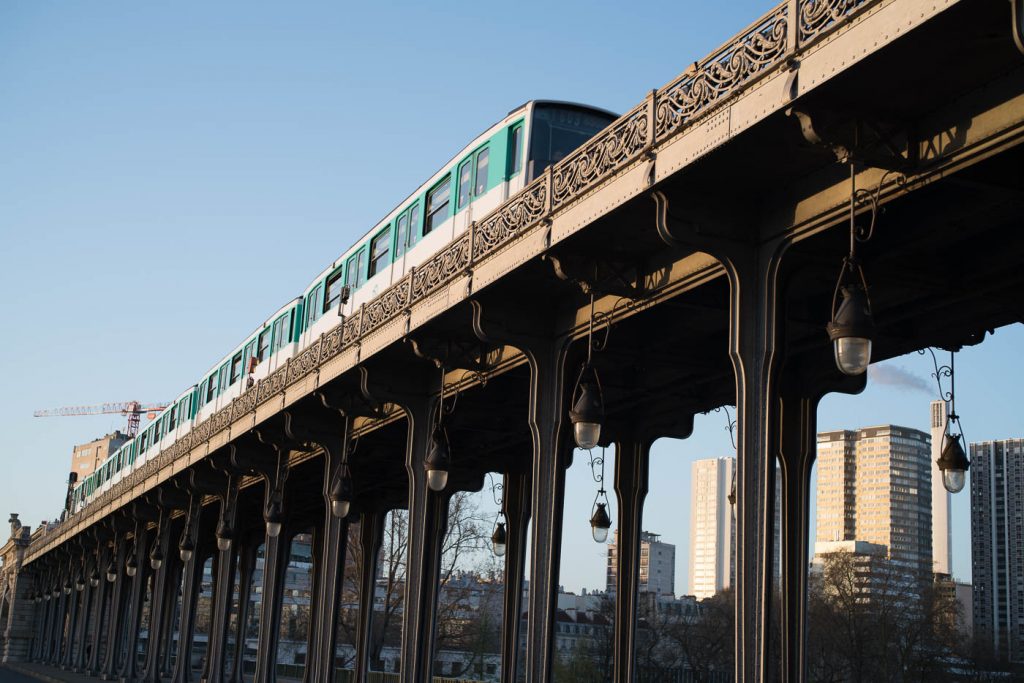 If not, too bad. But there is something in the combination of strong enough micro-contrast, subtle colours and restraint that really creates a distinct look that is as remote from a Sony FE 55/1.8, for example, that anything else I know of. Apparent sharpness? Who cares? Micro-information, subtle shading, delicacy? In spades. 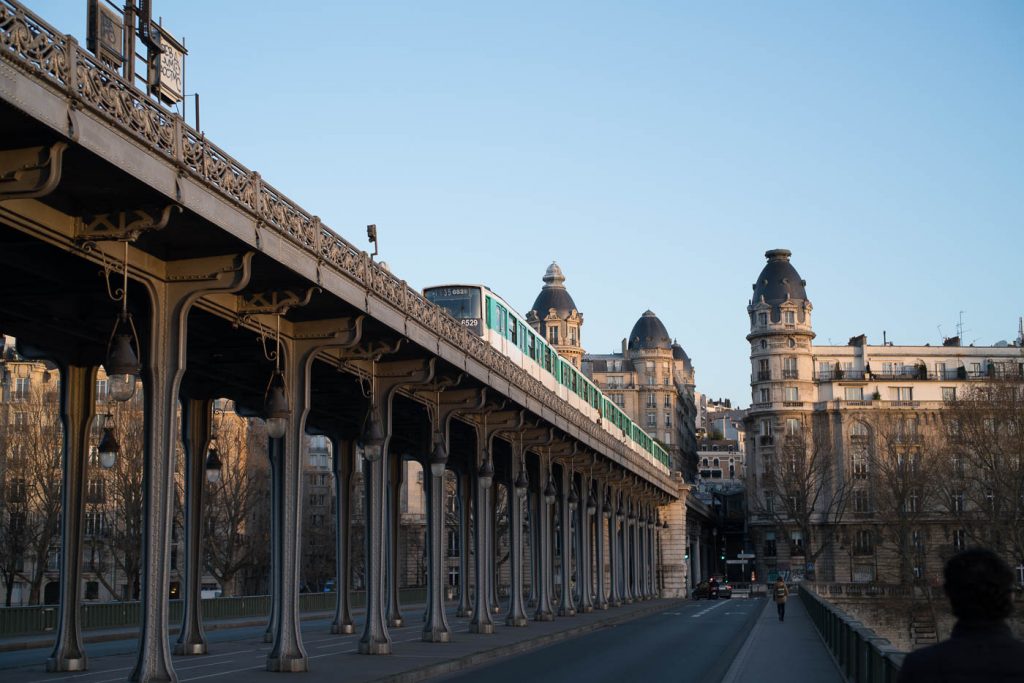 One area where the mighty Sony A7rII often disappoints is colour. It often takes a lot of effort to correct casts and, even when absolute fidelity isn’t the goal, the simple fact of arriving at a result that’s visually pleasing can take a little work, if the shooting conditions weren’t optimal. Even recent and prestigious Sony lenses can throw an ugly yellow cast on natural greens, every now and then. With the Summilux, none of this was to be seen in my very brief ownership and colours were both very natural and very pleasing (no measures were made to justify calling them accurate). 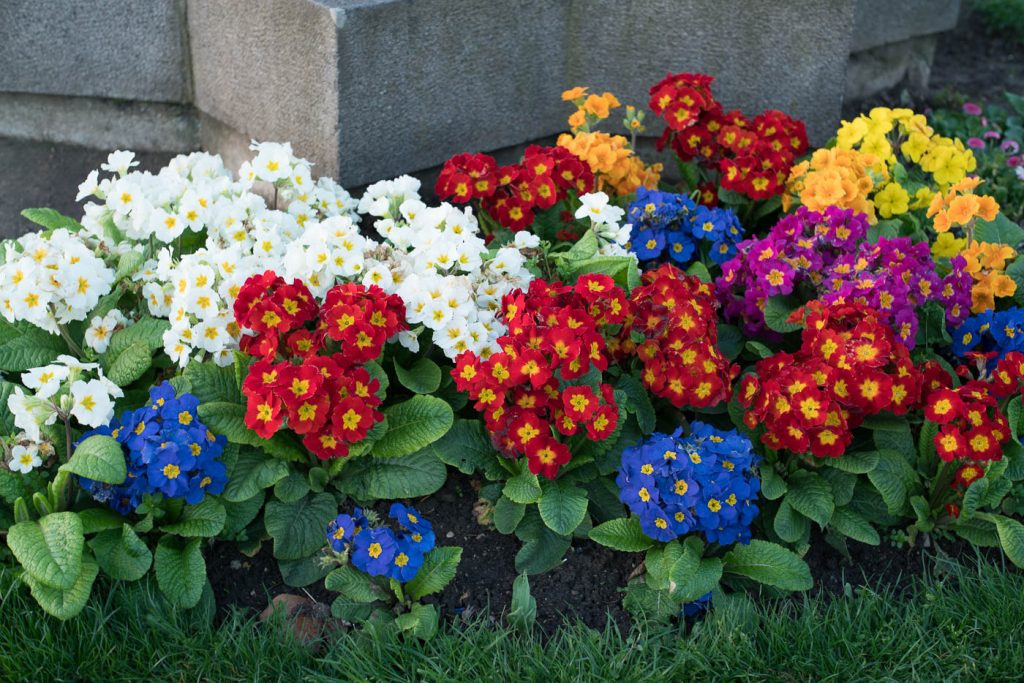 French flag with a touch of ecstasy. Sony A7rII and Leica Summilux-M 50/1.4.

File brittleness is another – relative – shortcoming of Sony’s flagship camera. If your style is literal and you take great care of exposing and focusing perfectly, this will rarely be an issue. But if, like me, you like to go a little wild in post-processing, you’ll soon realise the limits of digital manipulations are met fairly rapidly.

Maybe we’ve just been spoilt and expect too much of RAW. The switch from JPEG to RAW, all those years ago, opened up such a treasure realm of post-processing goodness that it’s possible we (or, at least, I) are hoping to get away with too much and have let our previsualisation roam too far from true digital potential. Maybe Sony’s RAW is just insufficiently rich.

Whatever the case, some lenses bring out this restricted PP envelope more than others. And the Summilux definitely belongs to the camp of others, in that respect. 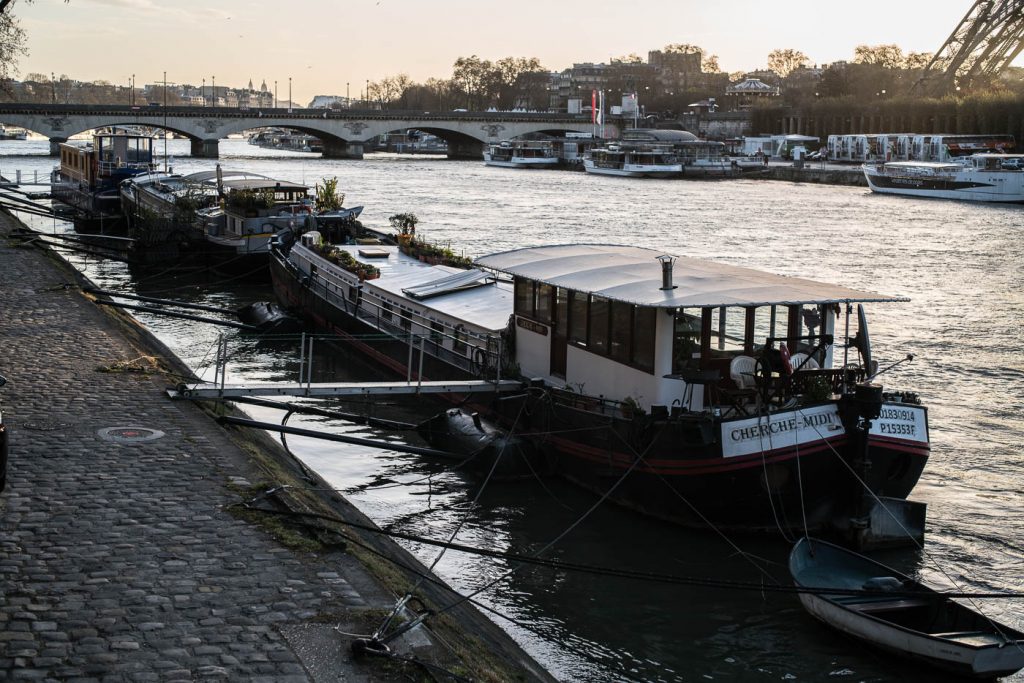 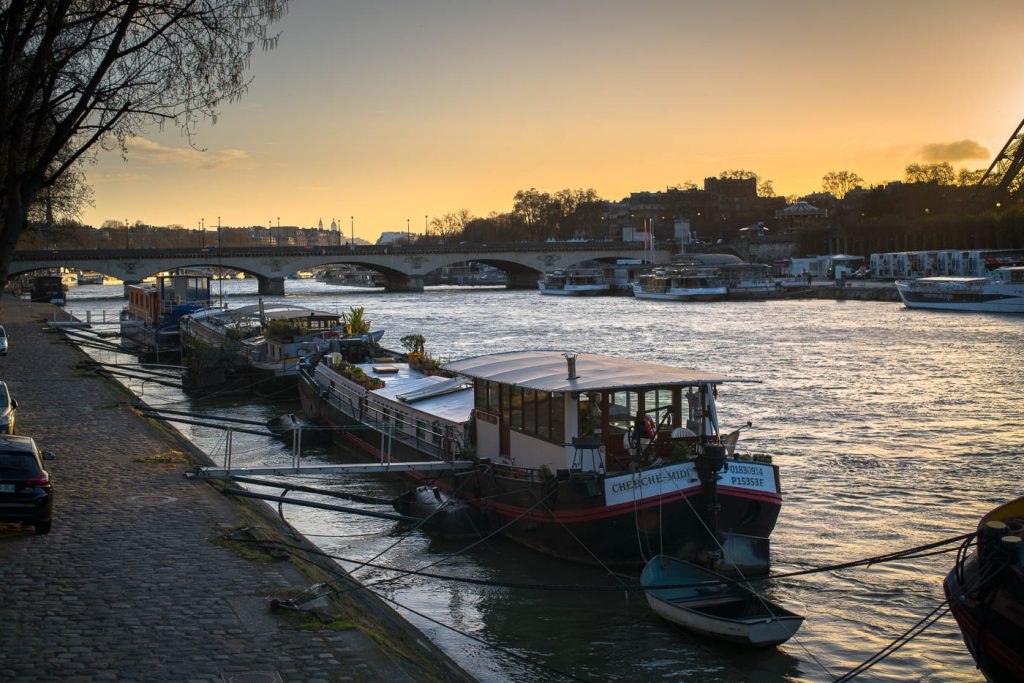 It’s easy to push quite hard without the file loosing integrity. No ugly posterisation, no ugly shifts in highlights or shadows. It’s quite likely that high-end MF offerings from Phase or Hassy would best that but the few sample shots made on that glorious morning with that glorious lens really left very little to be desired. 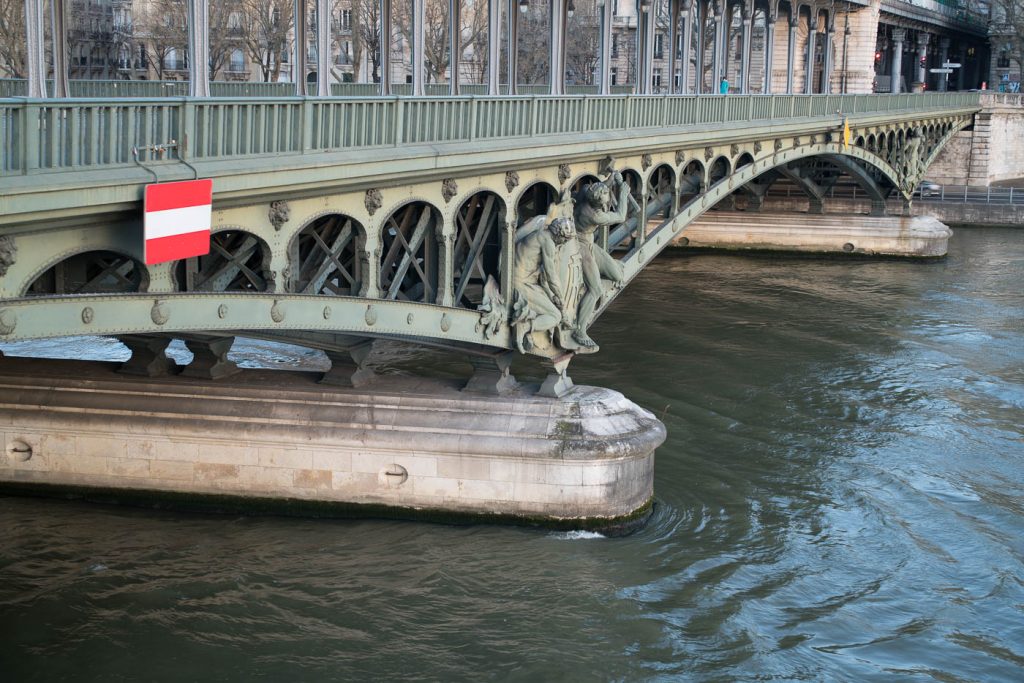 The first Leica Monochrom got a bad rap for producing dull, low contrast files out of camera. With this Summilux 50 on, this was also a slight tendency with my Sony A7rII, as you can see above and in other shots on this page. But this also meant that very minimal PP was required to obtain a pleasing photograph. Just a slight push in saturation and possibly contrast and that was it. Compared to the torment of trying to correct weird shifts, that’s a blessing.

Perhaps a corollary to the above, B&W performance is equally stunning. In fact, in this colour photograph, the B&W potential is immediately obvious.

And it doesn’t disappoint. 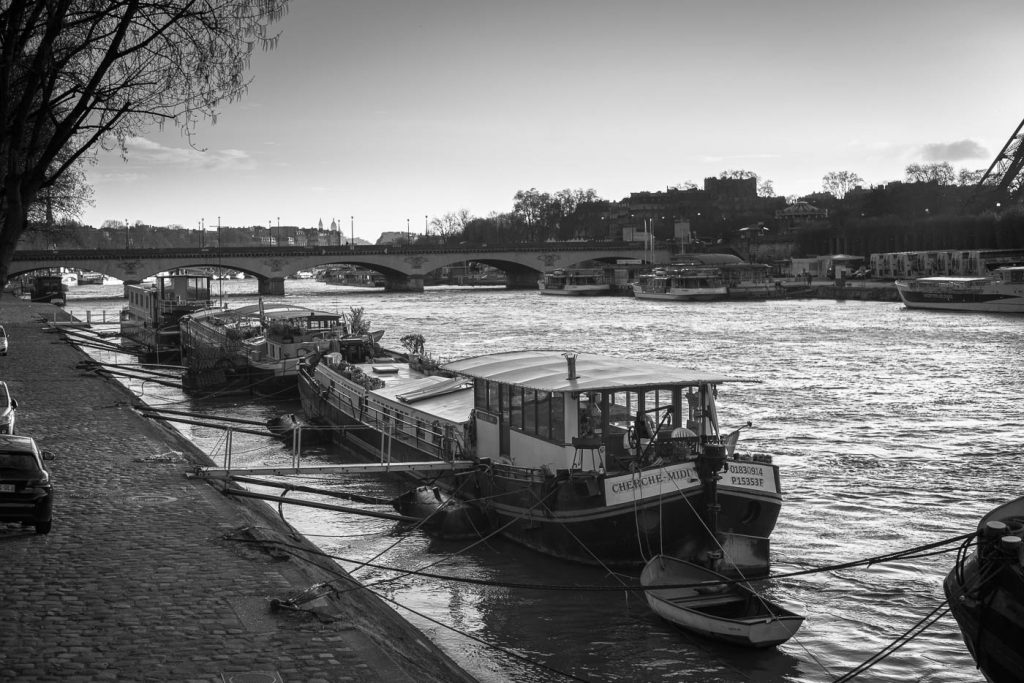 In fact, the Summilux’s ability to combine contrast with subtlety and tonal smoothness is possibly even more visible in monochrome photographs, as below (possibly because the A7rII strongest point isn’t colour rendition). 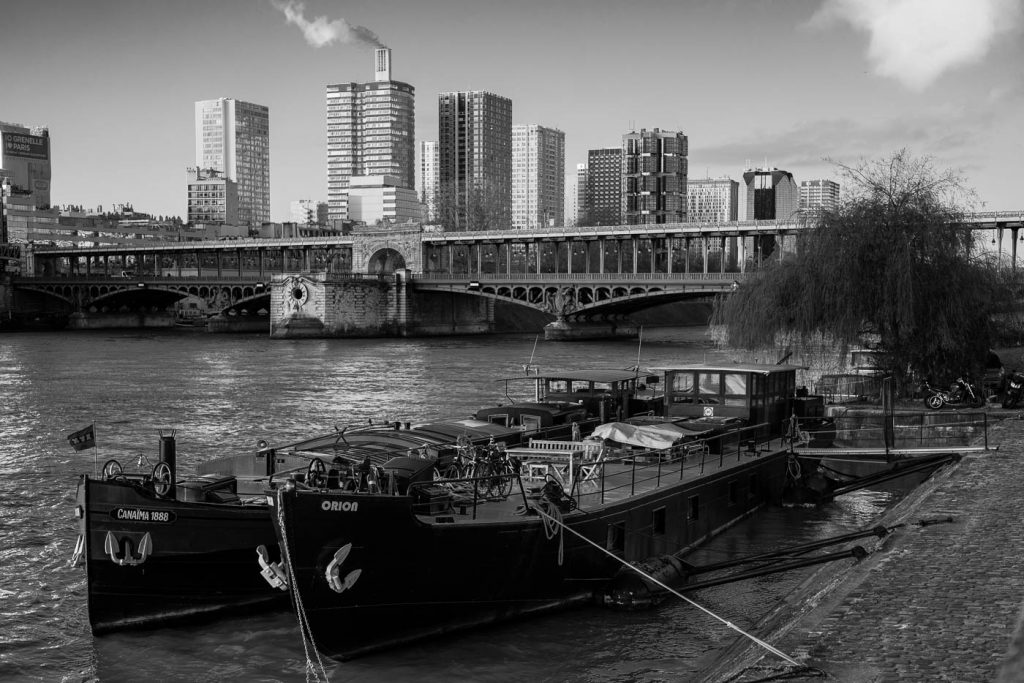 There’s always been something special about the Leica look and I now realise that a large dollop of it can be attributed to the lens. Seems logical, but sensors are different enough that I expected more of a difference in aesthetics. 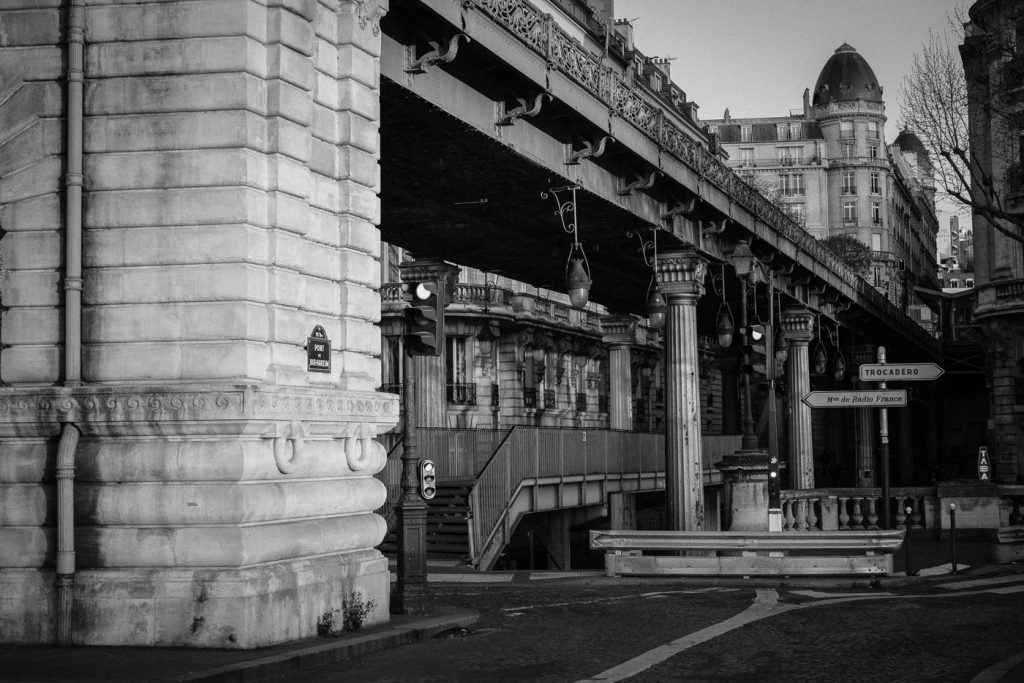 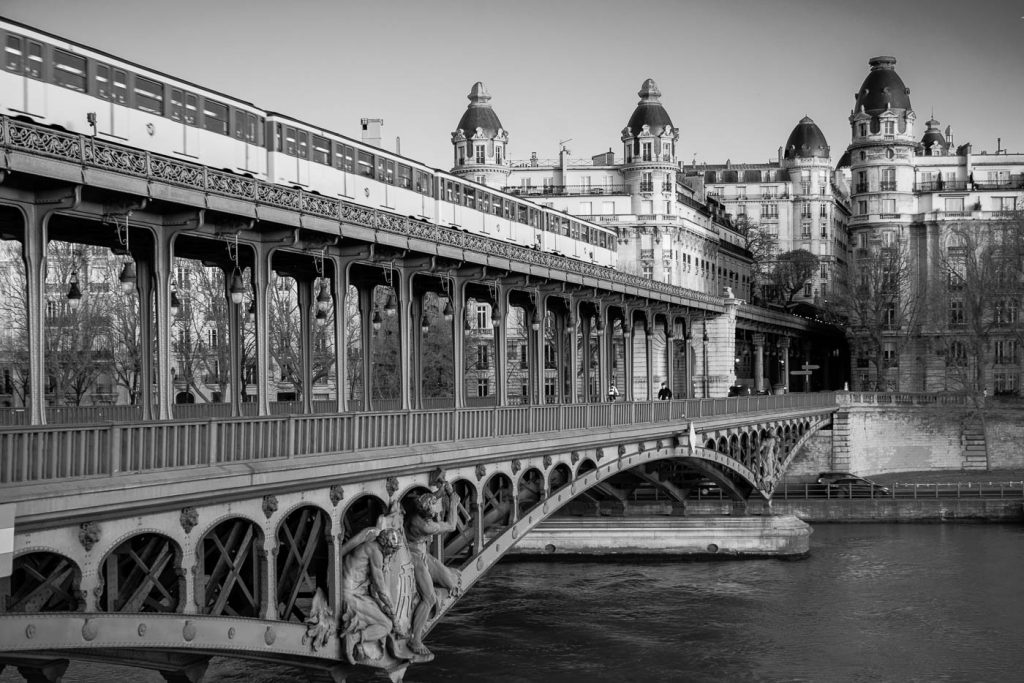 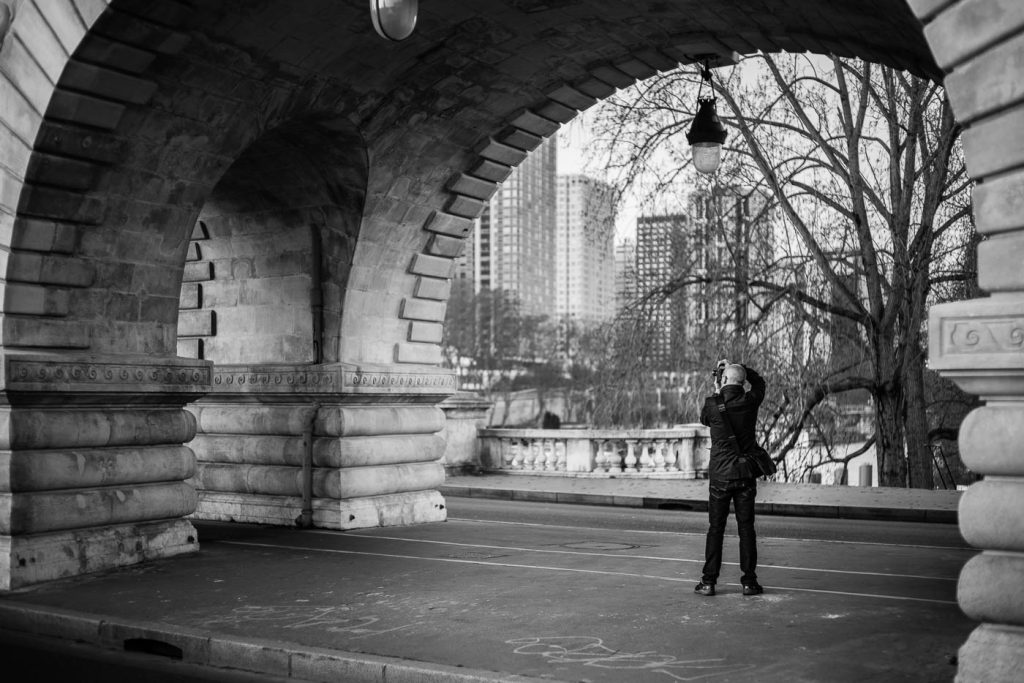 The photo below can be clicked for a 3000px enlargement.

Sweet, right ?
In my book, a lens that produces great B&W can be forgiven many, many ills. Speaking about which …

A few, which can be ignored or become a deal-breaker, depending on your style. My main (only?) gripe is that bokeh, wide open, isn’t always very pleasing. As if the photograph was smeared rather than blurred. See 100% enlargement below. 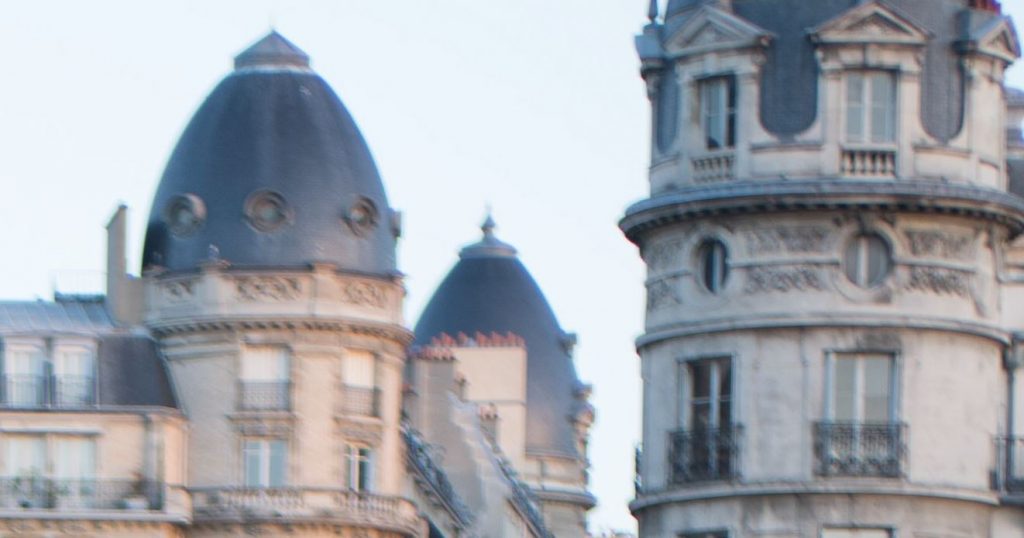 Bearing in mind this is a tiny fraction of a 7 foot image, it’s nothing major. Plus, the problem most likely lies with the lens-camera incompatibility, not the lens itself. Still, bokeh quality being one of the arguments in favor of the similarly priced Otus 55, anyone considering the ‘Lux as an alternative should be aware of this.

Oh, and you can easily find a trace of chromatic aberration in the bokeh, wide ope, if these things matter to you.

50mm isn’t my goto focal length. I couldn’t justify to myself spending over 3 grand on a lens that would contribute 4% of my photographs (unless, maybe it somehow dramatically increase that average, go figure ? 😉 ). In these conditions, my C-Sonnar 50/1.5 remains my beloved 50. Not as elegant or well-behaved, it has a personality that really suits me and costs 70% less. 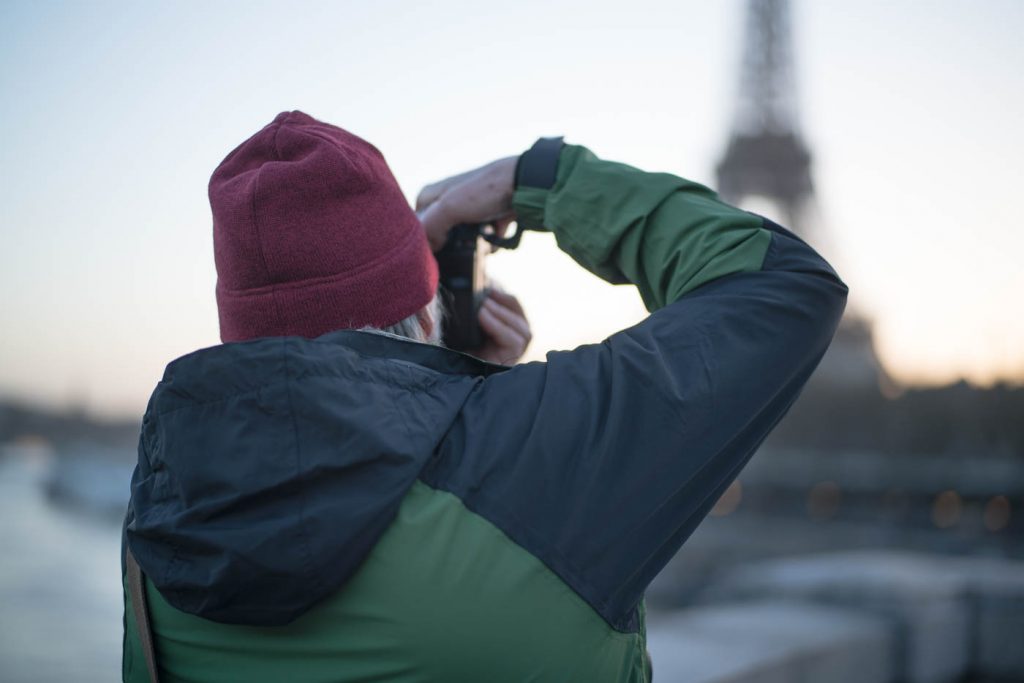 But for those who consider 50 their staple diet, want to travel light and elegant and don’t rely heavily on bokeh, I can’t think of a better contender. Possibly OTUS 55 included. (For argument’s sake, Philippe will disagree. I hope 😉 )

But small is beautiful. Light is sexy. Build is at least on a par with the Otus, probably a tad better. Focusing distance isn’t as good but a helical mount can help alleviate the problem. The Otus will be better technically and in out of focus areas, with the Sony. The Leica will send shivers of tactile pleasure through your spine. To each wealthy tog his own über-poison. 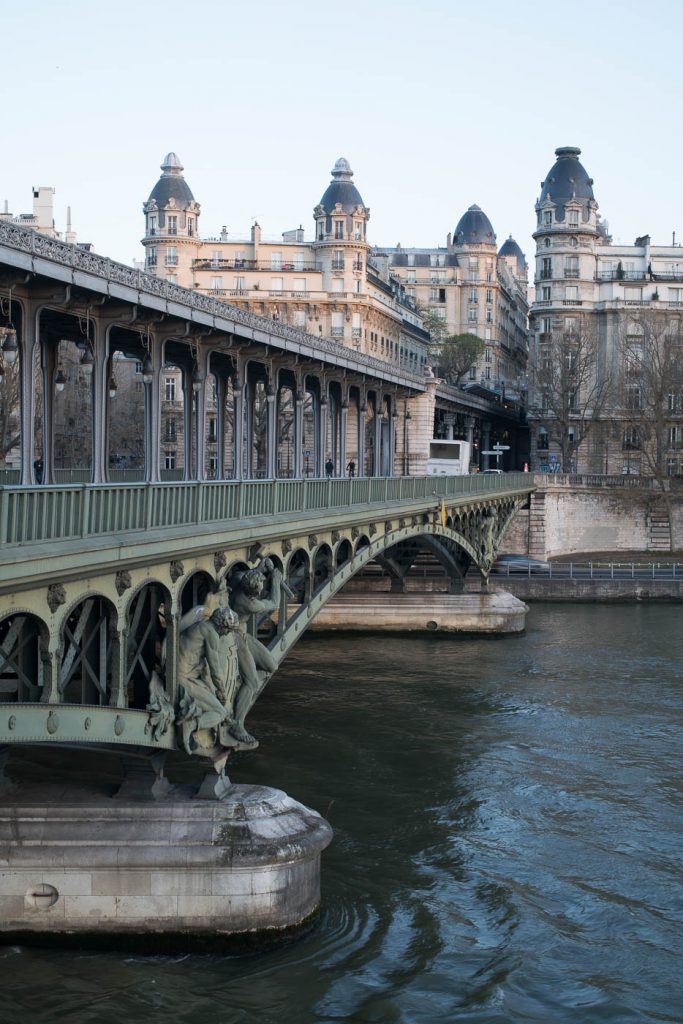 Interested in lens reviews? Why not try for yourself 🙂