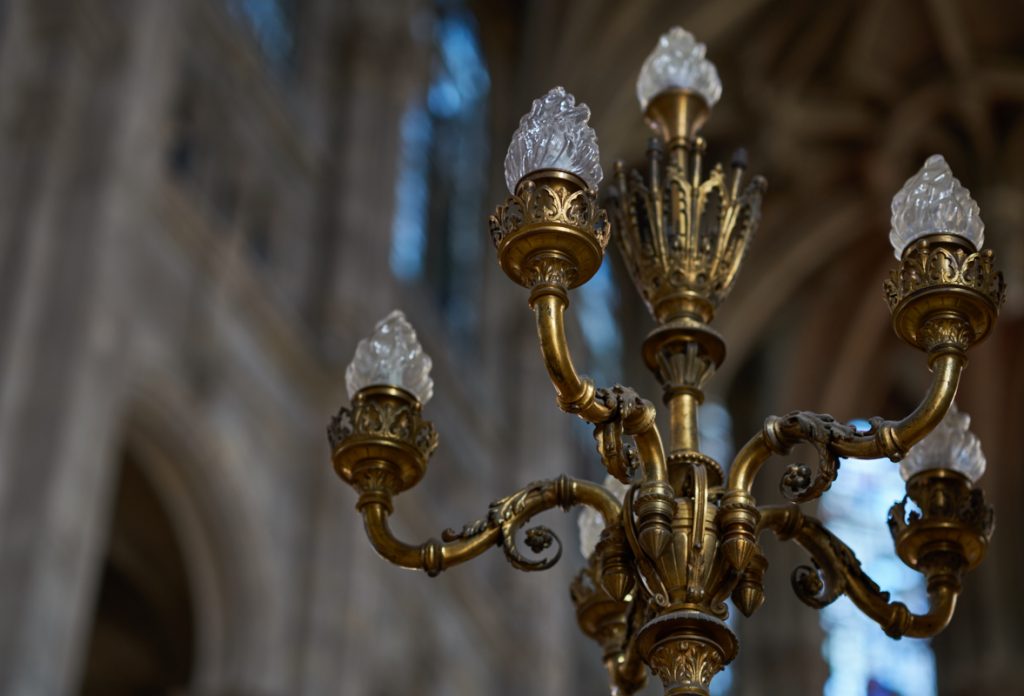 It is now some weeks, and the Sony has earned itself a place in my bag. Considering that I take that bag with me everywhere every time, which, for me, spells a limit of 3 lenses, that is no mean feat. All the more so as the Sony isn’t exactly light, at some 2lbs, nor cheap. 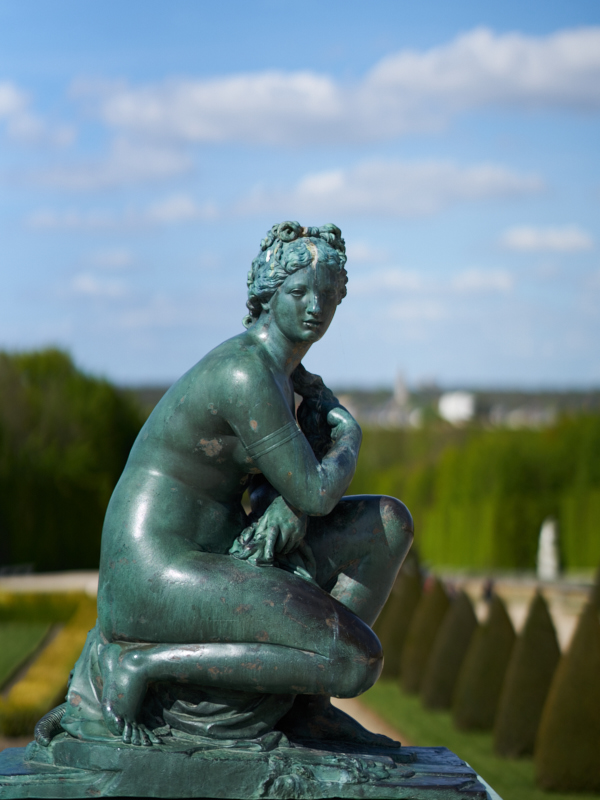 That said, does that mean that I am going over to AF? Or to Sony rendering? Or is the approach of having “different” lenses in the bag rather than that of a “single-line-single-look” finally working out? 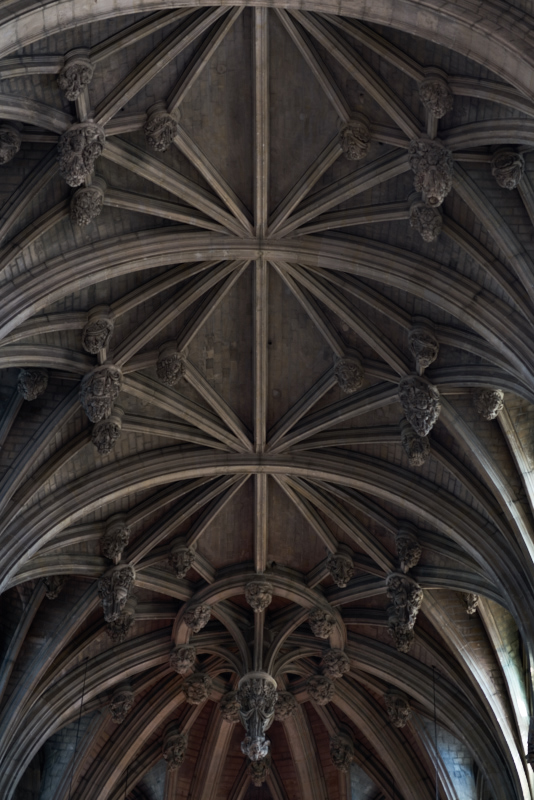 To the first question, the answer must be “no, but…”. Fact is, the FE85 AF on A7RII is pretty good IMHO. With my settings and my mostly stationary targets, I get some 85%+ keeper rate, including a majority of large-aperture shots. That means a significantly higher keeper rate than with MF. Yesterday, I even found (caught?) myself not chimping, subconsciously knowing that the camera had nailed the shots. The one exception is when I am shooting at or close to minimum focusing distance. Then, if I am too close, the camera will focus on anything a bit further back that is “in its sights”, and I will get a properly focused picture, except my subject will be out of focus. That, however, is not a factor of my Sony, but of the principles of AF, and my Canon 5D II/III did it as well (or as badly, actually). So I am not going over to AF, but I could. Actually, I would, if I had the right choice of überlenses, because I find myself shooting more when I have my Sony mounted than my beloved B² (Otus 55). This is why I call it Felix. It recalls its FE DNA, and, in Latin, “felix” means “happy”. 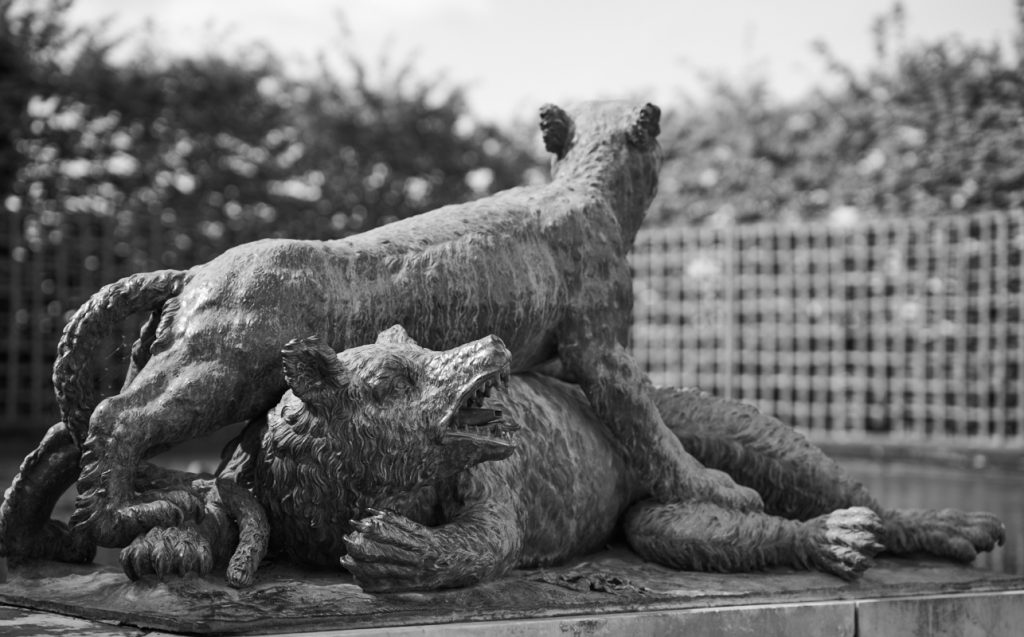 To the second question, the answer is a clear “no”. The Sony, to me, good though it is, very, very good, is still no Otus. Yes it does some things remarkably well. Its amount of detail, including minute detail, straight out of camera, is awesome. Definitely Otus-class. Its bokeh, if you happen to like it creamy, is world-class, maybe even the new gold standard. Sharpness in every respect and condition, including wide open, even with 42Mp, is something you’ll just never have to worry about. So what’s not to love? Maybe hanging Zeiss lenses on the mounts of my cameras has me spoiled. By comparison, Felix has one aspect that one has to be careful around, one weakness, and one question mark. 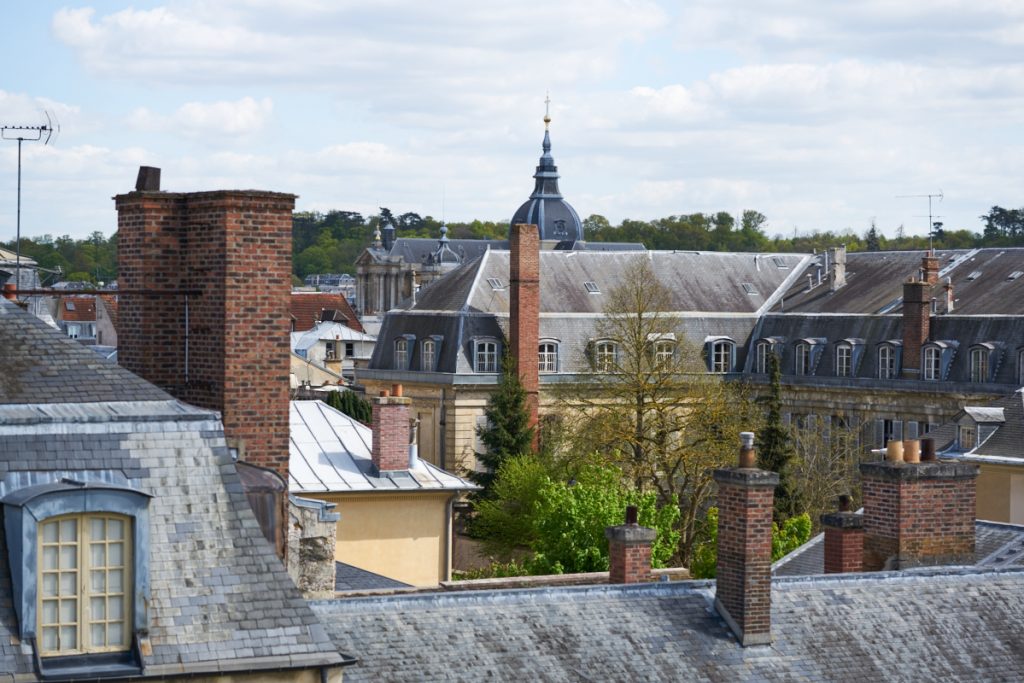 First, the aspect I need to avoid or circumvent. Remember the creamy bokeh? Well, Felix also has a rapid transition from in-focus to out-of-focus. Rapid, as in super-rapid. This means that the pictures transition from sharp, detailed and in focus to “pure cream” PDQ. And there are times when it just doesn’t feel right, because it is just not like that in real life. When I am shooting close up, and the background is close behind the subject matter, and I am close to wide open, that is when this can happen. Now that I know it, I don’t try that anymore. By comparison, for those shots, the structured bokeh of B² is much easier on the eye, and partakes in the storytelling as well. Of course there are shots where Sony approach actually helps, like portrait. Shoot up close, and wide open or almost, and Felix will blur anything but the right eye or eyelash…. 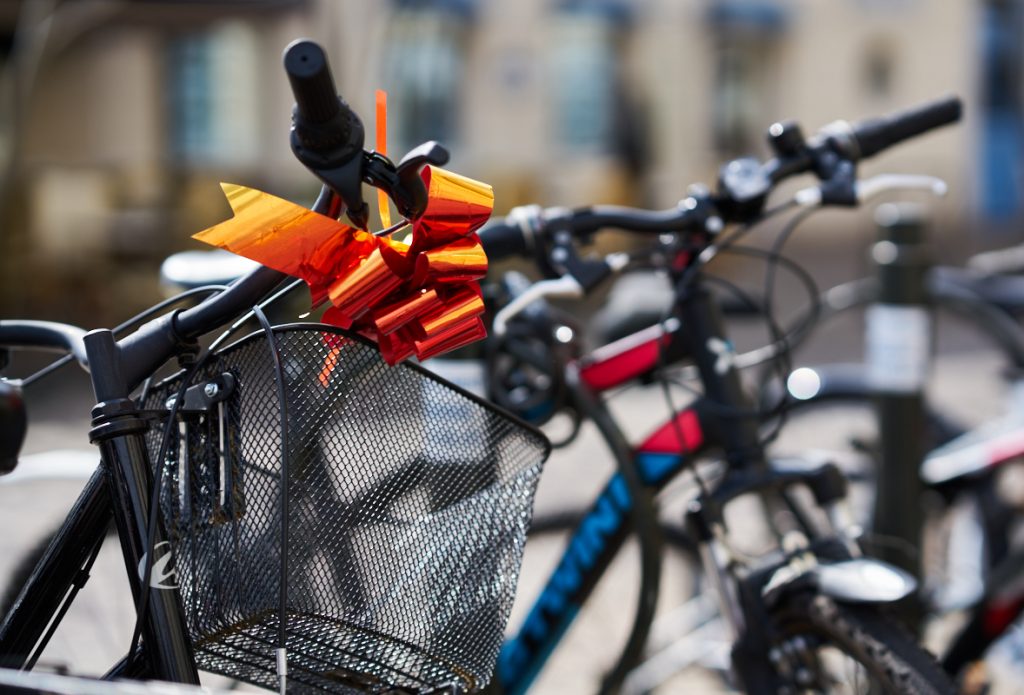 Second, the weakness. Because of the very thin DOF and rapid transition, capturing subjects where both the in-focus and the out-of-focus zones are a single, continuous part of the story is not gonna happen. Typical of this is a flower. Because of size, I will shoot it up close, meaning DOF is at a minimum, so lots of it will be out-of-focus. And because the lens transitions straight to creamy, non-structured bokeh, you don’t get the awesome curves, or for that matter delicious colour variations that you can get with an Otus 85, or, for that matter, a Milvus 85. No flowers for Felix! Not that they’d come out bad, of course, but B² does them more to my taste. 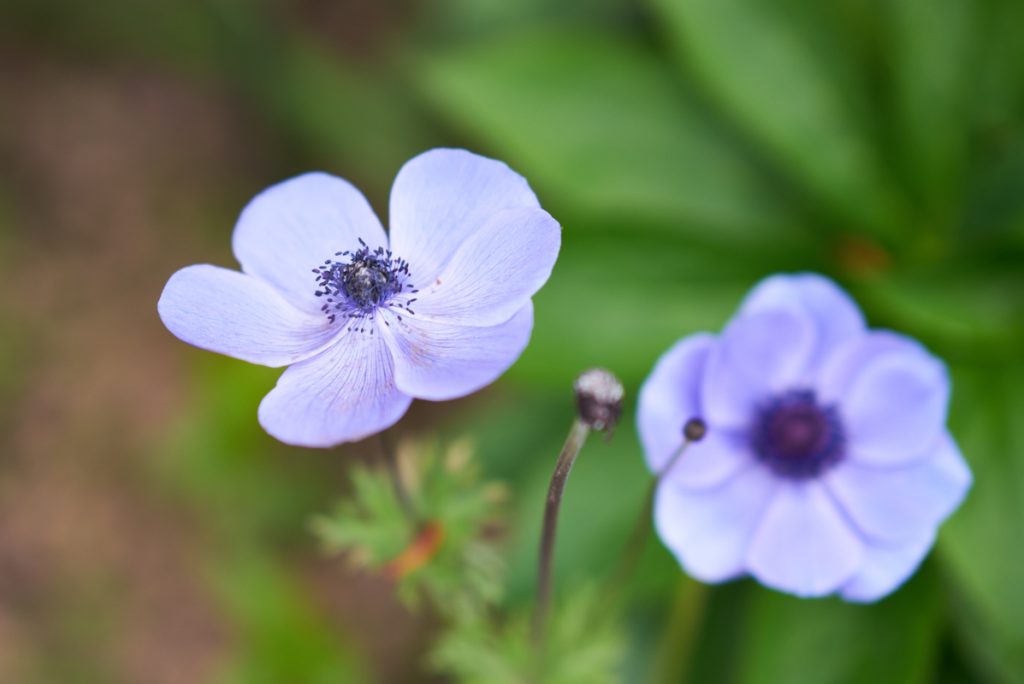 Though it does not mean that Felix is useless close up. Hardly. Look at this 100% crop… 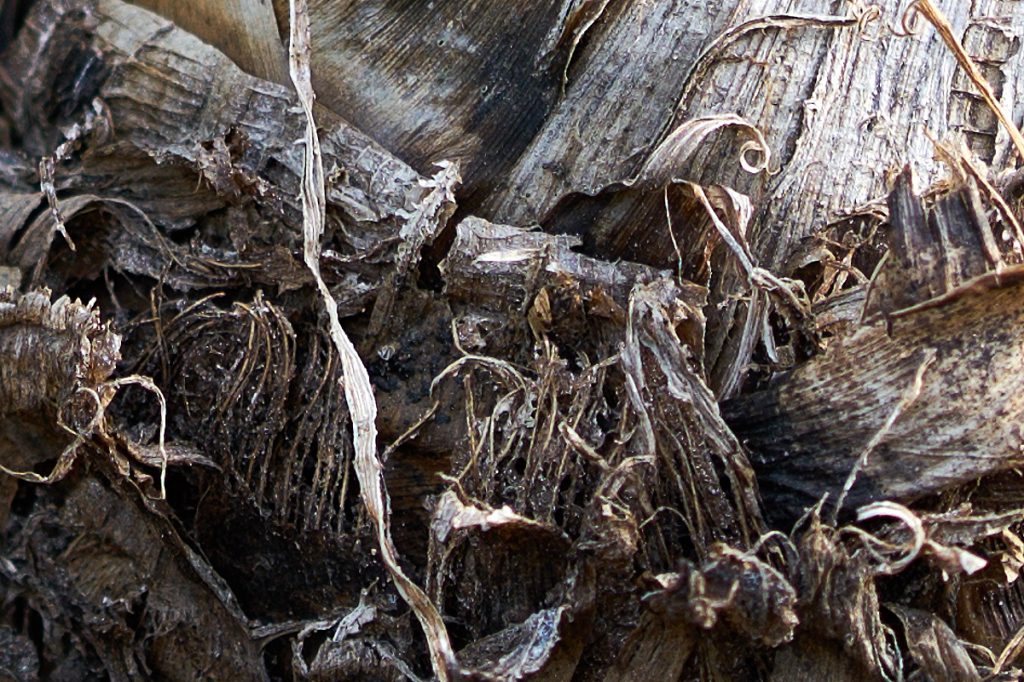 The question mark. There are times when colours are a bit strange, with a distinct yellow-green tint that ought not to be there, and that isn’t the prettiest. It isn’t WB, because changing the WB doesn’t put it right. I don’t know yet what to assign it to and how to correct it. So it is a question mark. But there are enough shots where the colours are not only all right, but actually delightful, that blaming the lens doesn’t wash. 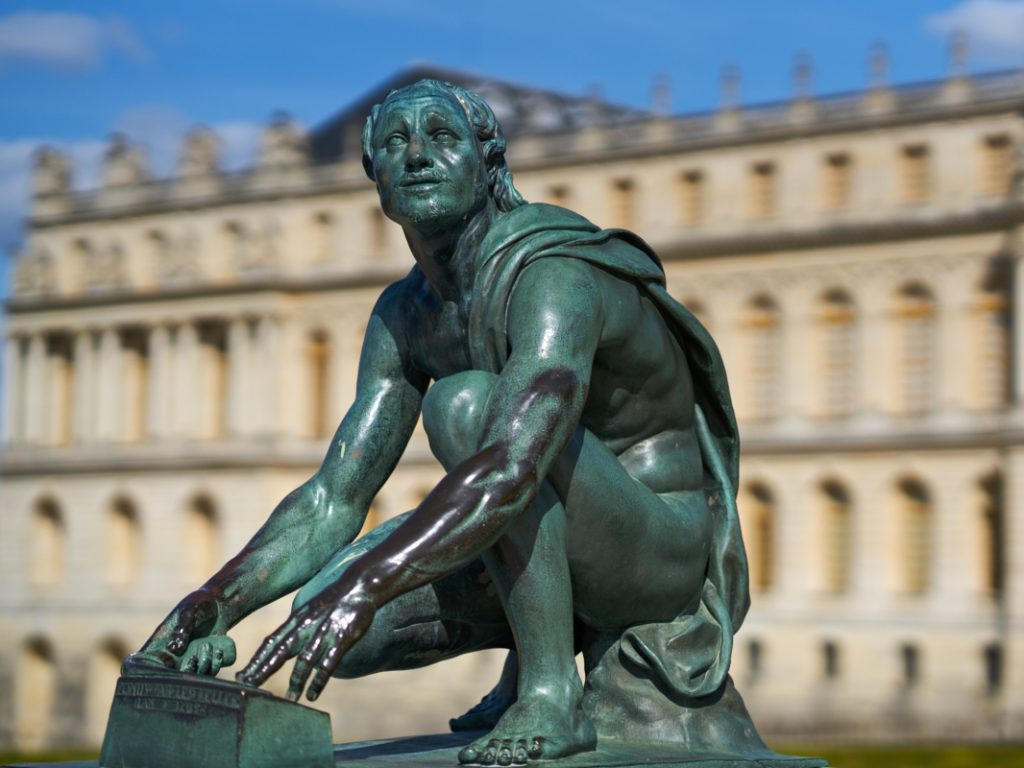 So, is my gamble of having “different-look” lenses in my bag panning out? Yes, it feels that way. Because there are more than a few shots that I can chose to shoot either with a 55mm or a 85mm lens. 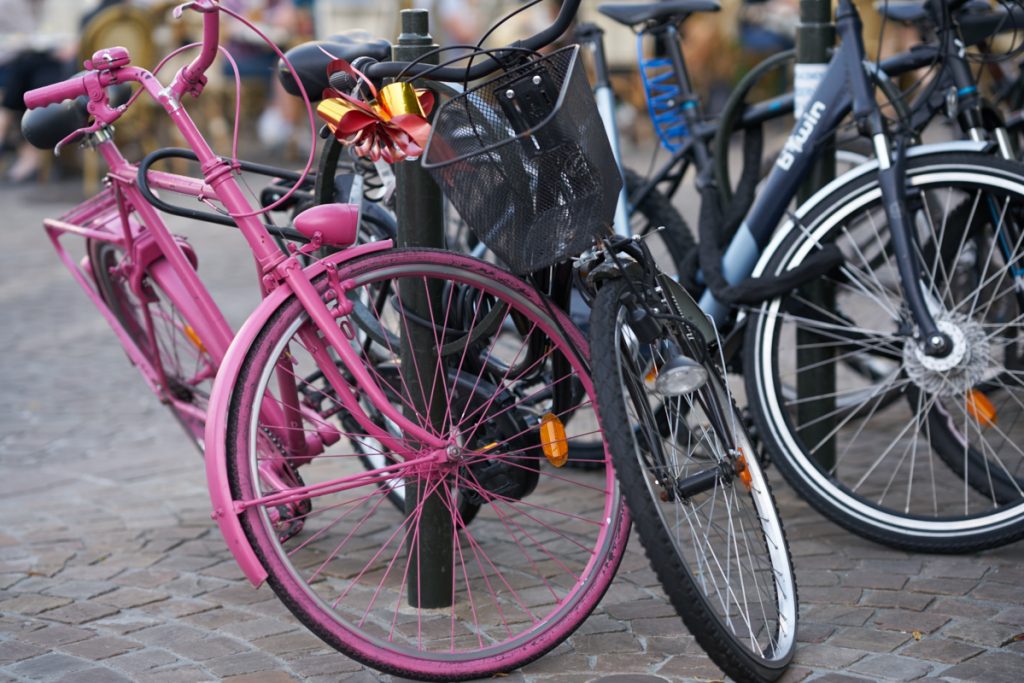 So, how does that work? Well, if the shot is tricky because there isn’t enough light, then Felix is my first choice; With its 5-way stabilizer, the Sony combo is very effective, giving me sharp images as slow as 1/15s. This is the case with these church ceilings, for example. 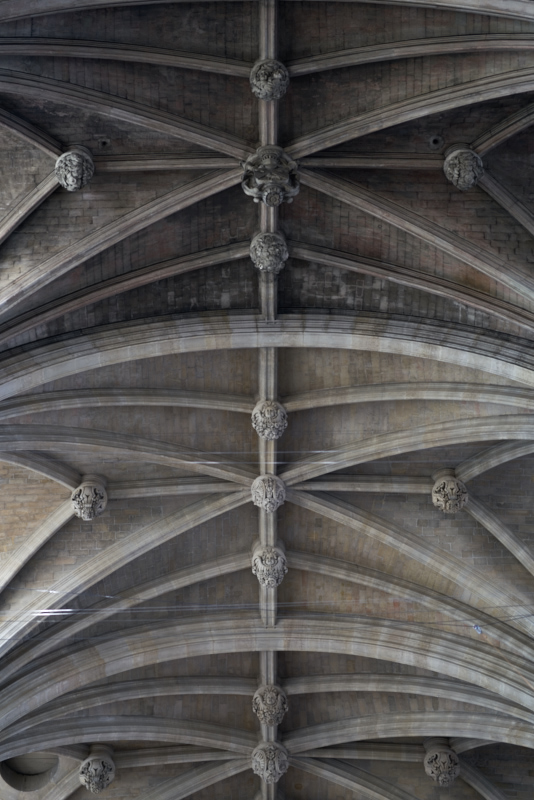 If I have good separation between foreground and background, then, though the results will be different, I can use either lens with delicious results. If I am close up, no doubt, B² should be my first choice, even more so if I add an extra close-up ring 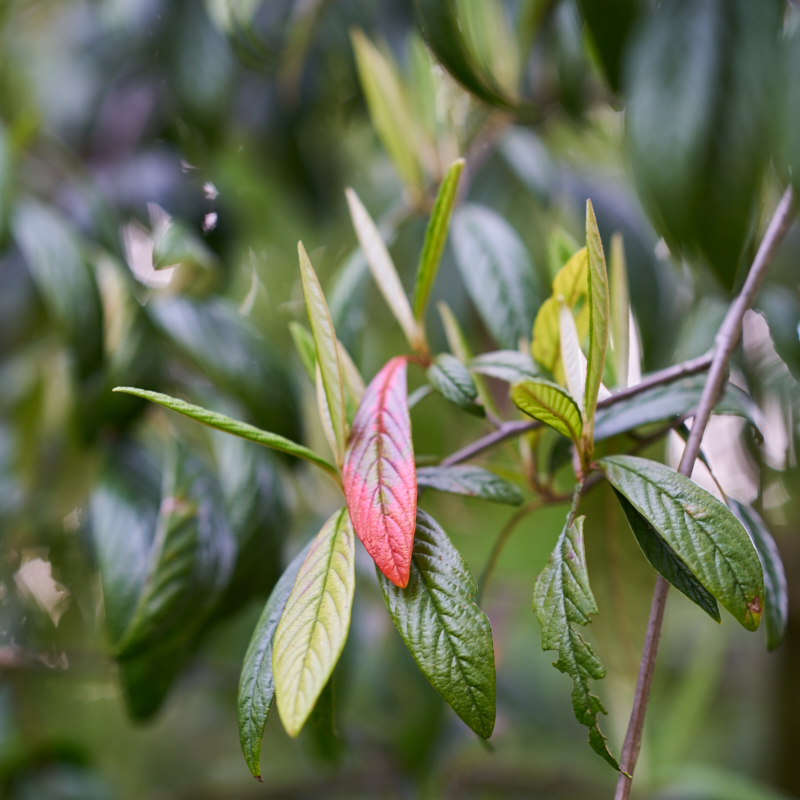 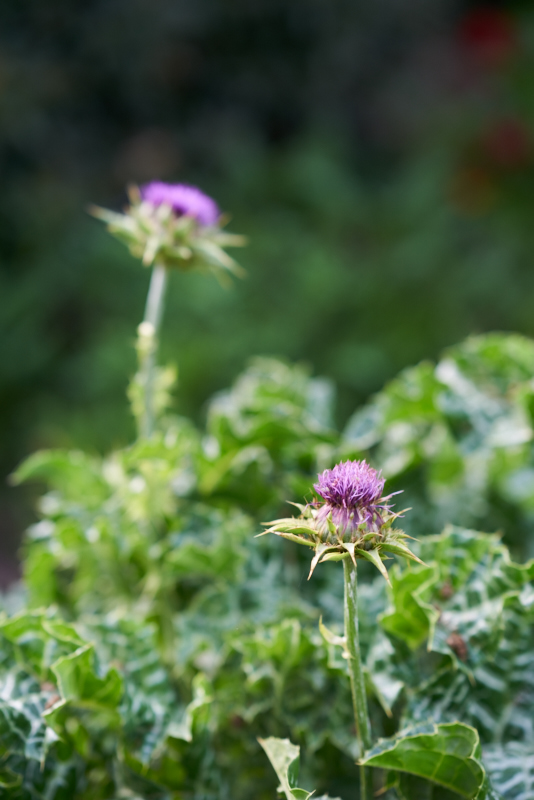 If I am looking for a deliberately blurry background, such as with portraits, then Felix is my weapon of preference, because it can’t be beat for blur. 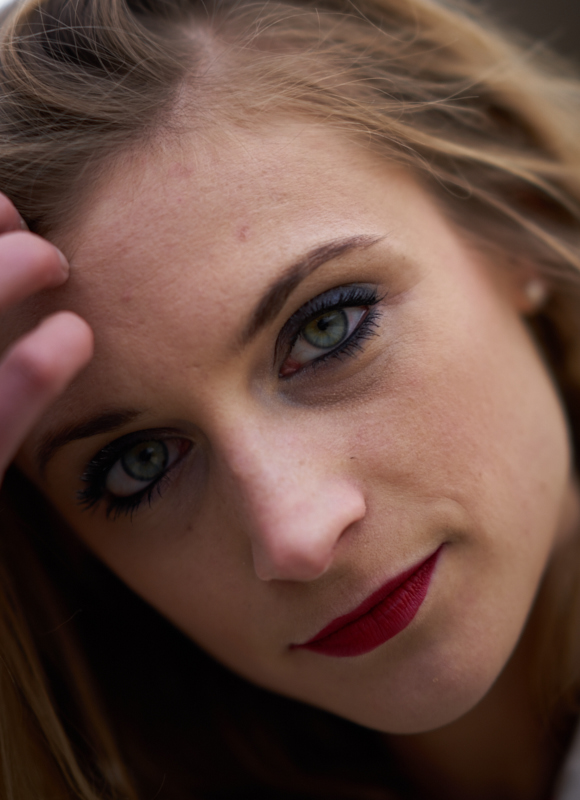 The other case when Felix is a killer lens, even over B², is when the foreground and background are very much apart. Felix manages a very nice rendering of a distant background, like tree leaves. Very blurred and very pleasant at the same time. Because B² has a more structured bokeh, a shot can easily become “encumbered” by elements that aren’t contributing to the storytelling 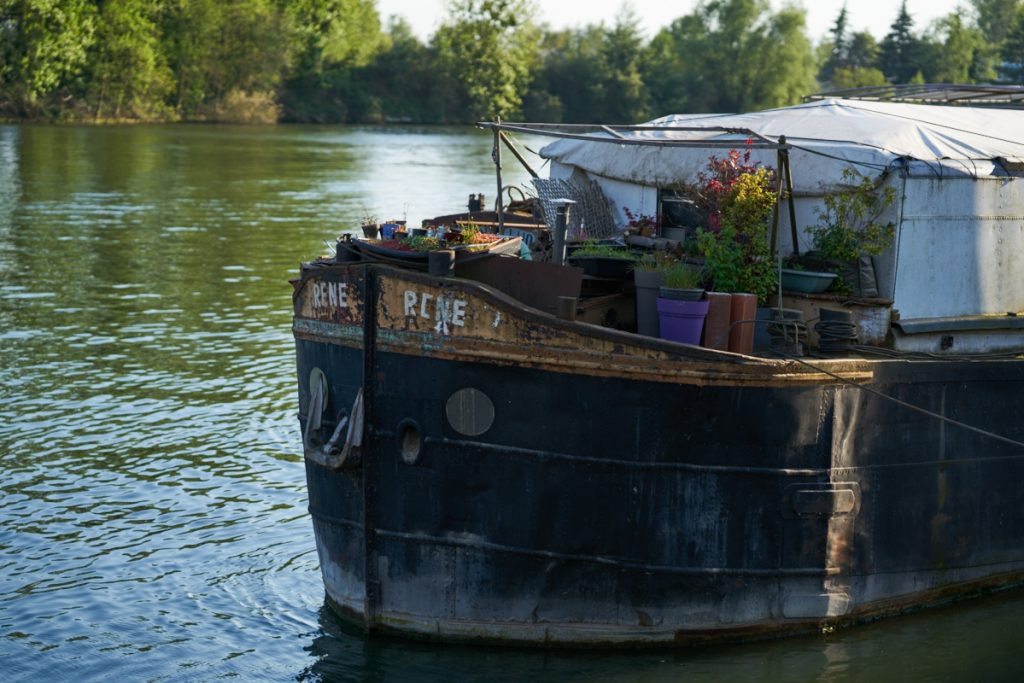 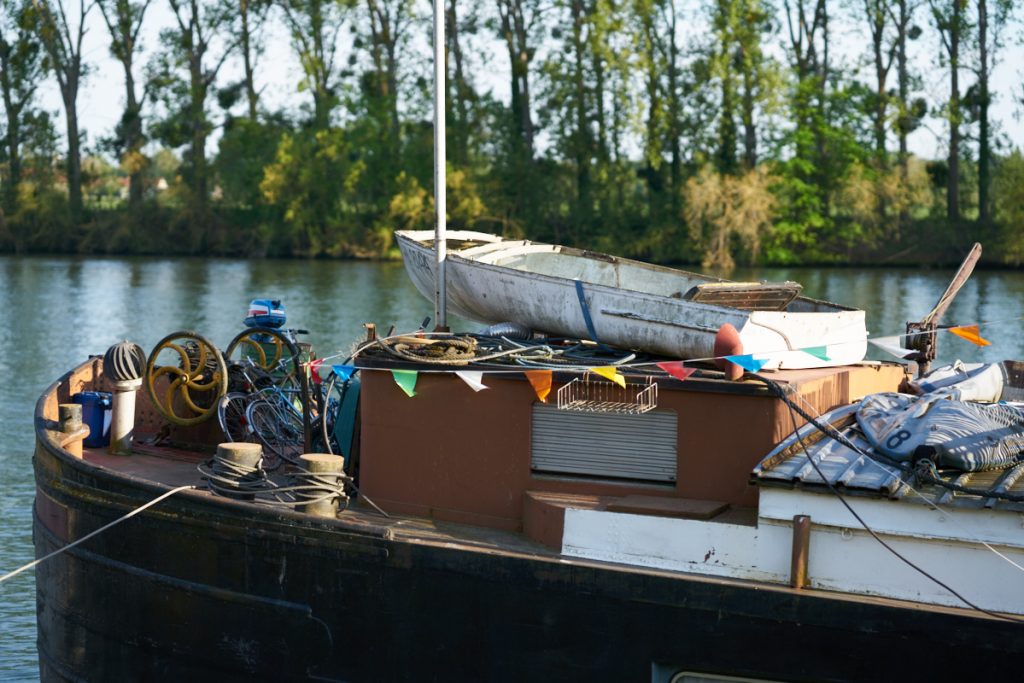 That’s it for now. So far, so good. I am actually enjoying the fact that I can select on the basis of the look rather than on the focal length. That gives me an extra dose of creative freedom (whether I make good use of it is an entirely different story!). So, is my early report that it is an überlens confirmed? Definitely. I just look at the variety of shots on this post to appreciate how wide its spectrum is. Finding a lens that can do one thing brilliantly is easy. Why, Pascal even gets some brilliant shots out of his smartphone. But an überlens does it across many different subject types. Like Felix. 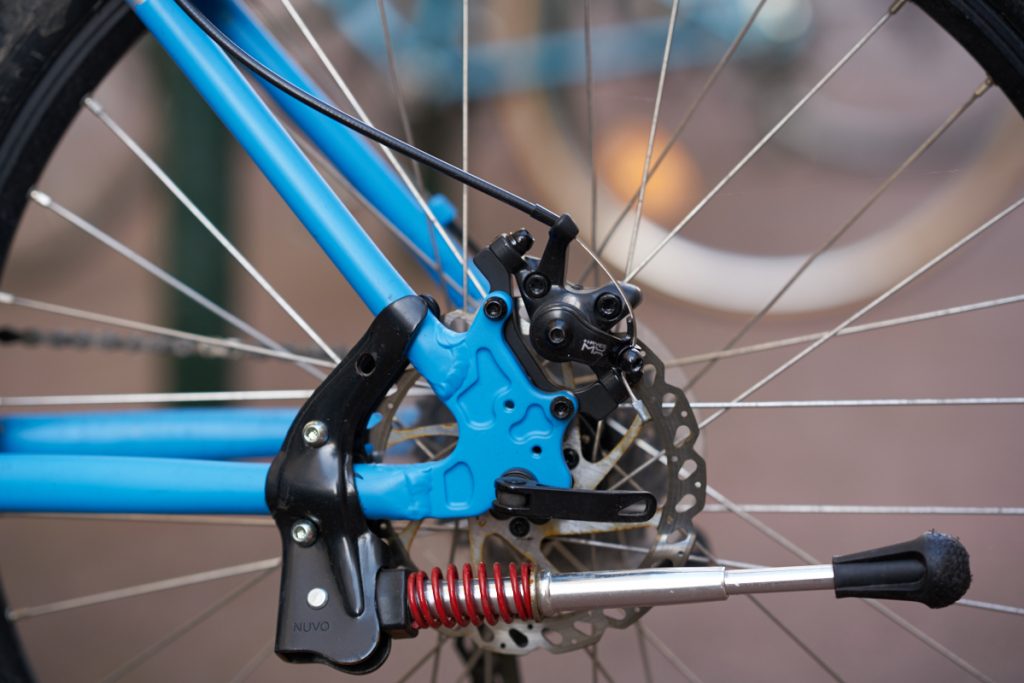 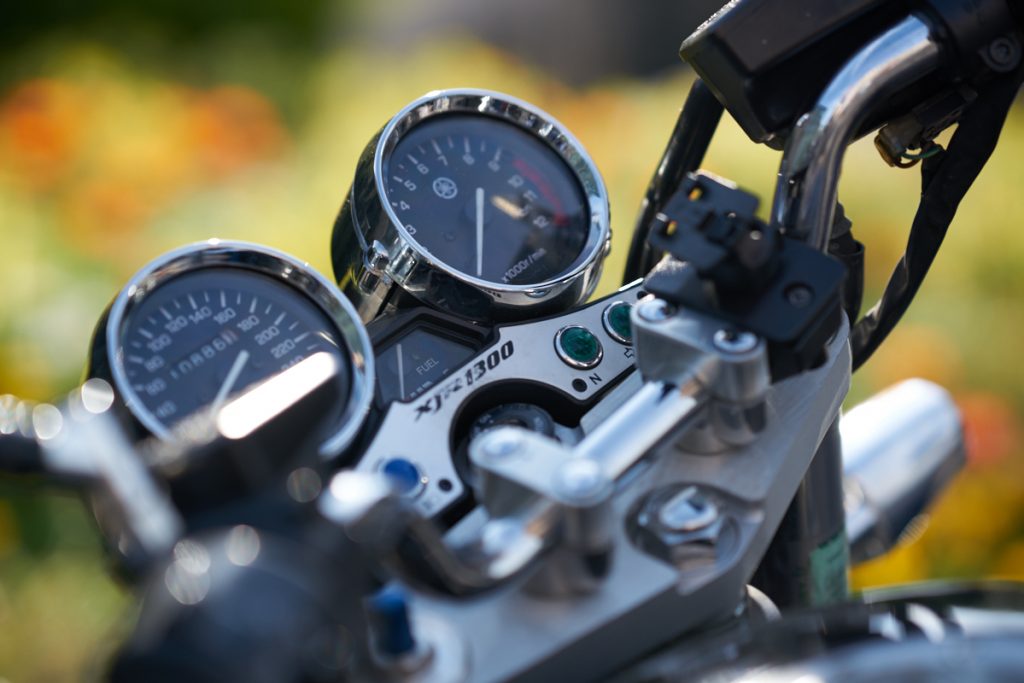