On occasion, I’ve been known to resemble Google’s StreetView avatar. Not for my girth – that’s something else entirely – but rather my regular and entirely circular changes of opinion pointing to post processing.

Casually viewing the pages of Flickr, 500px et al will set the tone; photographs of just about everything, everywhere. Some are great, some good, many barely mediocre. What often separates one from the other, in page view terms at least, is the spectacular colour on offer.

HDR aside, was the sunset sky really that red or orange? Were the shadows so blue, so vibrant? Is it necessary to make everything look like it is being submitted in a competition to select this year’s Xmas sweetie box covers? It’s so prevalent, that in many respects, this highly colourful post processing treatment has come to define an entire strata of photographers and their work.

A step back; at entry level, the would-be photographer battles with everything. Understanding why at first the camera is best set on full auto, cropping in the viewfinder, avoiding camera shake, selecting an appropriate image size, JPG or RAW and just about everything else that the camera’s team of on-board elves doesn’t automate.

Predictably, the results are familiar; most of us have been there too.

But we persevere, begin to understand aperture and shutter priority, auto ISO, dynamic range, we start to eschew HDR and begin to identify the critical benefits which shape our need to shoot in RAW.

The photographs that result plot the arc of our learning, ability and colour saturation in lockstep. And thus, the picture postcard era dawns. Pictures posted to Flickr, Facebook and elsewhere draw rave reviews, liberally smallpox-ed with words like “fabulous”, “awesome” and “stunning”. When English was being beaten into me at school, I was taught that fabulous was the stuff of fables. Definitely not in this case.

If you read magazines like OnLandscape, or browse the Web sites of landscape photography’s mavens, you know what comes next. We move from the sweeping majesty (and over saturated colour) of hills, vales, sandstone cliffs, misty landscapes with patches of sunlight dappling the delicate, perfectly exposed and colour rendered scene, to something more muted, more serene, less colourful.

Just hold that thought a while.

It’s hard to imagine that whatever camera you used to use, that today your interest hasn’t been piqued by new technology, mirrorless cameras, adaptors and re-purposing manual focus lenses.

My colleagues here at DearSusan have fallen prey. Pascal still mourns the sale of his Mamiya and I’m sure Philippe still has the occasional hankering for one of those old, heavy and entirely predictable (D)SLRs. I do – but more about that shortly.

Both Pascal and Philippe bought Sony’s Cool-Aid. The output of their second generation A7s and manual focus Zeiss glassware paving the pages of this blog for the last many months. For myself, I opted for a different path, also tried a Sony mirrorless, but eventually became disenchanted with the pathetically low keeper rate my manual Leica and Zeiss lenses delivered. My fault, but nonetheless, I looked elsewhere.

To compile InSight: Tokyo, I took the plunge and bought a Fuji X100T. A year later, my continuing inability to wrestle more great images from my NEX and it’s manual lenses, meant buying an X-Pro1 and a 35mm f1.4. Then a 90mm f2 and finally, a 16mm f1.4.

I’m still getting used to them, but things are looking up.

Now, lets go back and collect the idea we parked earlier, merge it with what I am beginning to see from my Fujis and make some sense of all this.

Despite it being high summer here, I’ve not had much chance to be out shooting. Over Christmas, the places I wanted to go were heaving with tourists and since most of them left in mid-January, the wind has been hammering without a break. I definitely don’t recommend beach photography in a 70km/h sand scouring wind. So it’s taken another month or so for me to find some still mornings without a constant line of tourists trudging through my pictures. Finally, it’s time to give the Fujis some exercise…

Long story short; I’m really impressed. The 90mm f2 is majestically sharp, as is the 35mm f1.4. I like to shoot them wide open when I can – especially in those precious few minutes before the sun launches itself above the horizon. In many places, I’ve shot wide open, got the shot I wanted and then re-shot the same scene at f5.6 to compare the results on screen later.

And what results they’ve been. After Tokyo, the X100T did sterling duty in India, providing me with a street camera that was everything I’d hoped and expected. I started to experiment with it’s exquisite colour rendition and VSCOs film emulation plugins, especially the Velvia 50. With a single click these made my photographs come alive, as though they’d been hit with a heart resuscitator. Post production in Lightroom finally became fun; select image. Clear! Click Velvia 50 and I had another masterpiece.

Well, not quite, but you get the idea.

Street photography in India is really ideal for that cinema-like rendition and it was only a short step to see how Velvia might render a landscape, or sunrise.

Hmmm. Not so good. With one heart-paddle-like click I’d joined the chocolate box brigade. So, I left my desk and made coffee while I pondered. Back at my desk, I tried de-saturating a bit. But, as the luminous colour gently faded, my soul slipped too.

In addition to the VSCO plug ins, I had also bought Thomas Linashke’s Fuji emulation plug ins. They have a slightly less aggressive Velvia option, which I’ve also been using for a while, but even they pushed the saturation slider way too far.

Tinker, tinker, tinker. I tried different emulations; Ektachrome, Provia and others. I tried my own renditions and curiously, kept ending up right back at VSCO’s Velvia 50; deep luminous blues, purple, subtle orange, strong reds. I can slider one up, or another down, but I just keep coming back to where I started and wonder where this leads.

A camera’s sensor records what it sees. Our eyes do likewise and we know that our optic nerves and brain do a huge amount of behind the scenes optimisation, detail rendering and colour manipulation before we get to actually see what it is that we are really looking at.

So, is our colour perception self-muted? Is what we see at sunrise, sunset and/or twilight dulled or over enhanced in our transition from predominately black and white night vision to daylight’s full colour? Am I saying that super sensory saturation is actually real? Are we taking photographs, or making art?

The promised reward for reading this far – a Fuji photograph. This was the first image I shot that morning – the scene was so perfect that I probably rushed a bit, not wanting to miss this extraordinary combination of light and tranquility – or the birds roosting at the water’s edge. 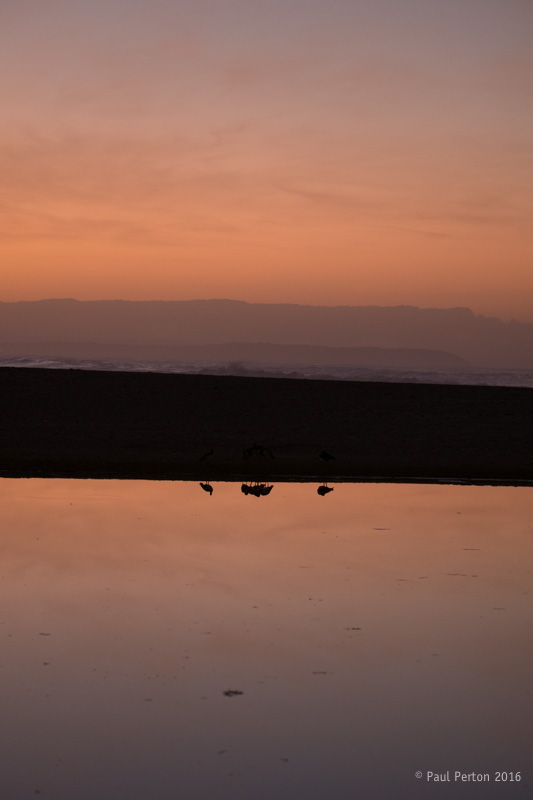 Now, with the Velvia 50 heart starter. With added blacks to generate the deep shadow I wanted and a touch of vignette. I know it’s only February, but this might turn out to be my pic of the year. 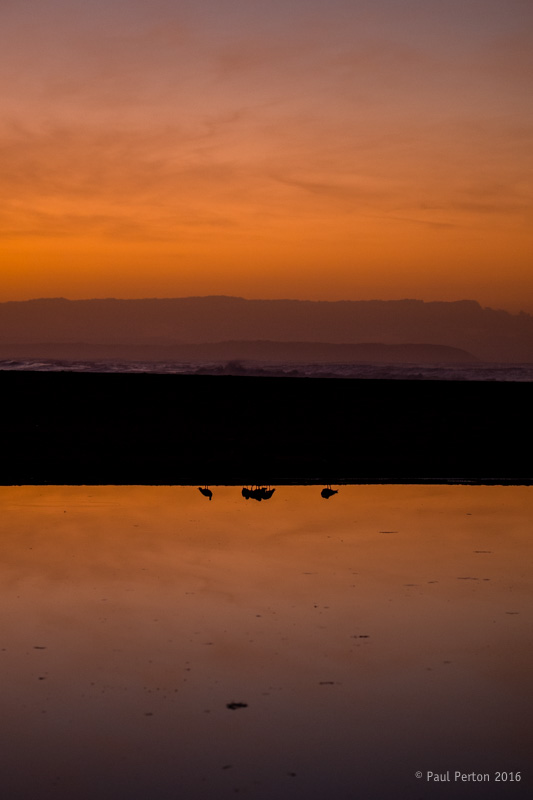 A landscape next. I drive past here several times a week and have rarely seen a scene like this before.

Now an early edit with a crop – oh man, this is powerful medicine.

Now, the finished job; toned down highlights, a touch of red/orange/yellow… 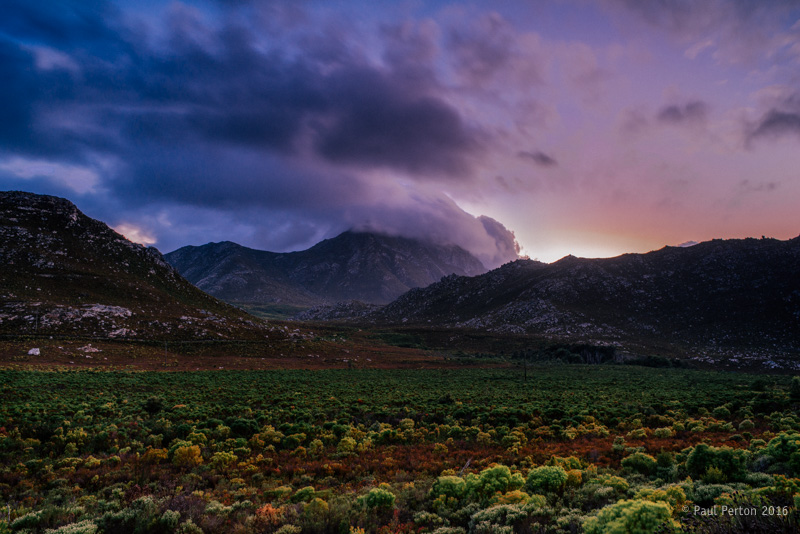 Here’s another OOC shot from the D800. 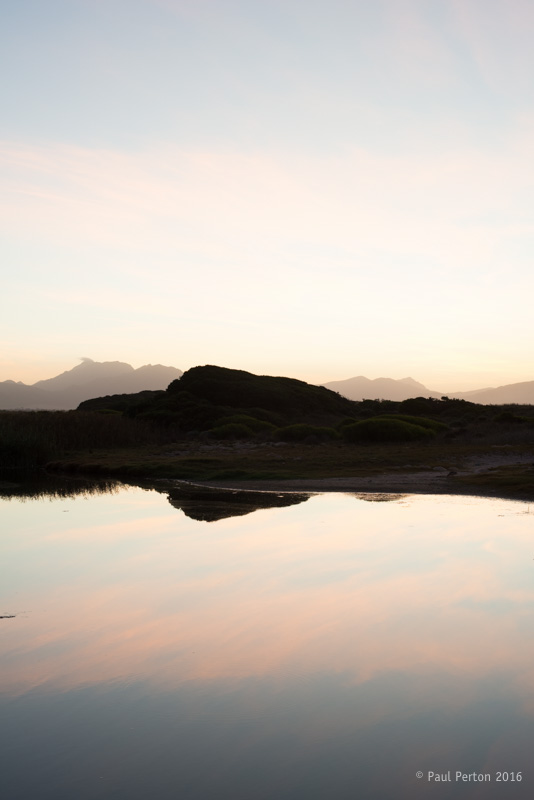 Some other examples shot in the last couple of days – see notes in the captions: 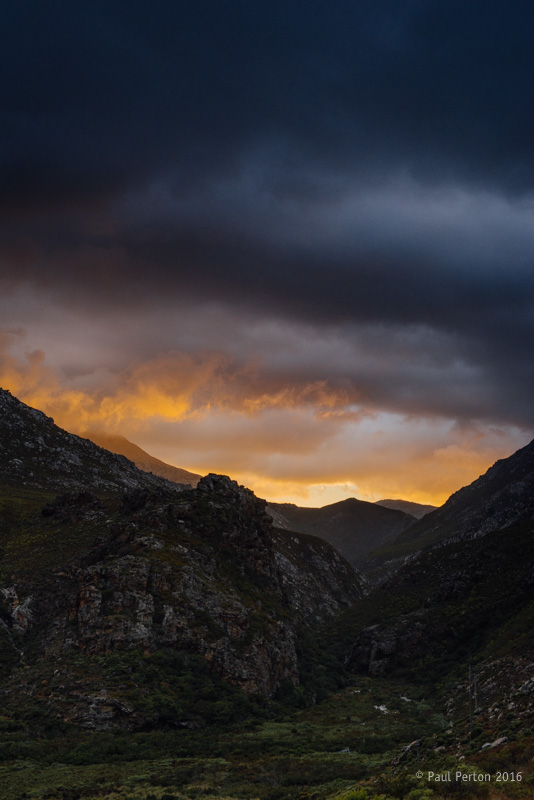 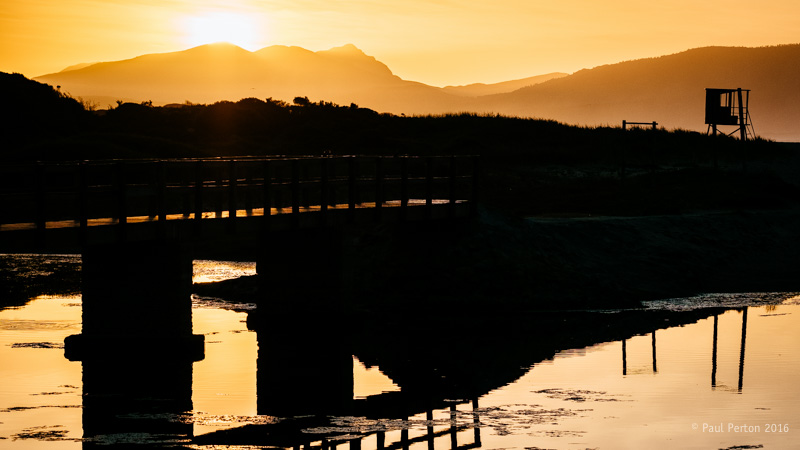 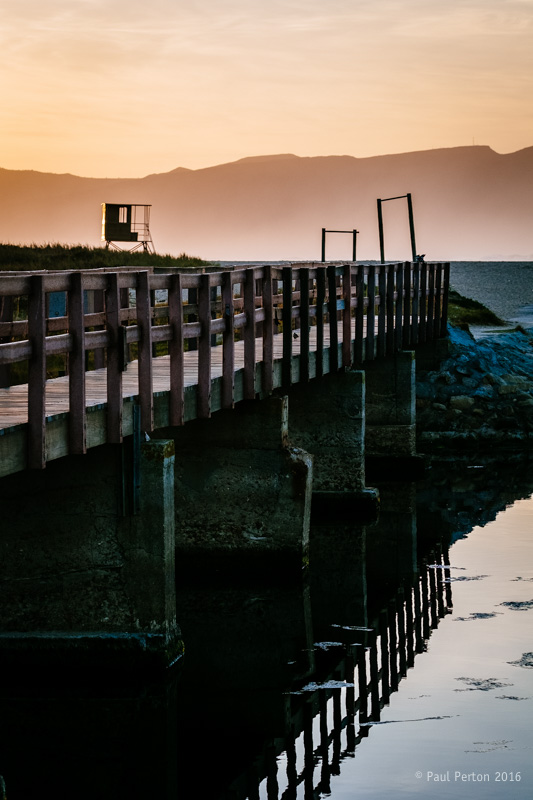 Footbridge across the lagoon. Looks like HDR, but is really impacted by the micro contrast of the Clarity slider. Fuji X-Pro1, 90mm f2 @ f5.6 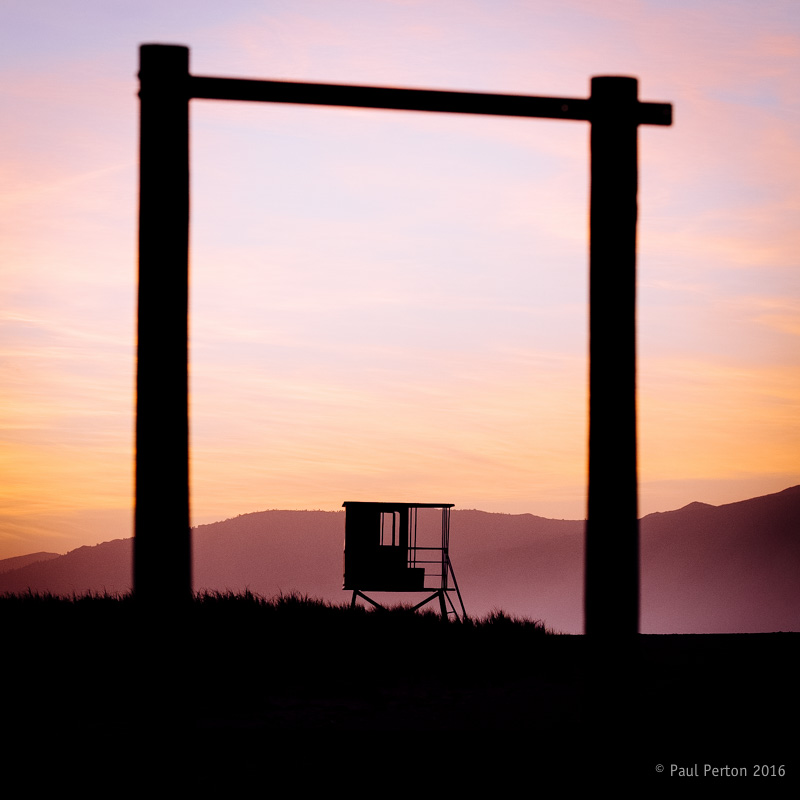