Author, Steve Mallett lives in a tiny coastal village in west Wales. He’s had his difficulties with mainstream FF DSLRs and in a few words and pictures describes his (very satisfying) journey to M43…

Serendipity, luck and happenstance have determined the arc of my digital journey. In early 2006 my great pal and contributor to this site; PP, made a brief visit to my home in Pembrokeshire. With him came my introduction to DSLRs in the form of a Nikon D70, which handed to me and said, “Have a play with this.”

The D70 was a revelation. To be able to shoot, look at the image, adjust settings if necessary and reshoot was thrilling. Within weeks I owned a D70 and I was on my way. I should stress I in no way thought of myself as a “photographer”, I was just a snapper who was perennially dissatisfied with most of what I shot but was wanting to improve. While living there, spending time in the African bush had really begun the process of actively striving to take better pictures. The D70 allowed me to accelerate the process and I made some progress.

Jenny, my daughter-in-law teaches photography at university. In summer 2009 she showed up at a family wedding with a Nikon D90 (unusual for her as she is a committed Canon user) and I was taken by the bigger LCD and the increased light in the viewfinder. Within weeks I owned a D90. I loved that camera and my images continued to improve.

In early 2013 I moved to full frame with a Nikon D600 and was again in love with a new camera. Then the wheels came off. Like many others I suffered with lubricant being sprayed over the sensor and hundreds of images ruined. Nikon seemed unable to fix it, despite multiple returns and shutter replacements. I eventually ended up with a D610 but my trust was badly damaged.

My decision to jettison full frame and embrace m43 was largely an emotional one borne out of my intense frustration with my D600/D610 experience.  I was visiting the local Nikon dealer to get the sensor of the D610 cleaned (again) and just happened to be in the right (or wrong, depending on how you look at it) frame of mind and there was the recently released Olympus E-M1. It was a typical West Wales grey day and taking the camera out on the street I was amazed by the quality and brightness of the EVF – and the magnification when manually focusing, and the focus peaking, and the size and weight, and the in-built image stabilisation. I could go on but basically I was smitten and asked what the dealer (who I’d bought all my Nikon kit from) what he’d give me for my D610 and 300mm zoom as a trade in for an E-M1 with the pro 12-40 f2.8 weatherproof lens. It was going to cost me £300 to change. He didn’t get my business and I’ve not been back to the shop since.

Instead, using e-Bay, I sold my Nikon gear and bought the Olympus kit I wanted, slightly used (a few hundred activations, the seller wanted to buy a Leica) and made a gain of £300! With the extra cash I bought a new Olympus 40-150mm f4-5.6 zoom for £107 on Amazon when they were changing hands second-hand on e-Bay for £130-ish.  This is the only new lens I’ve bought. It’s a plastic bodied lens but produces amazingly good images.

This was taken from just above my house and the mountain on the right is Mount Leinster; 96 miles away across the Irish Sea on the border between Counties Wexford and Carlow.  Something happened with the atmosphere that evening as in 16 years I’d never before seen those mountains from there – nor since. (Olympus 40-150 1/250 f5.6 150mm ISO 200)

Here’s another, again taken just above Treffynnon. The sea mist rolled in and I waited for the few minutes that the sun came through. I’m astonished by the level of detail in it.  Bottom right there are  a couple of piebald horses. I’ve printed this 20×16 and there are enough pixels to print it twice the size! Oh yes, and I’ve sold two copies. (1/320 f9 92mm ISO 250) 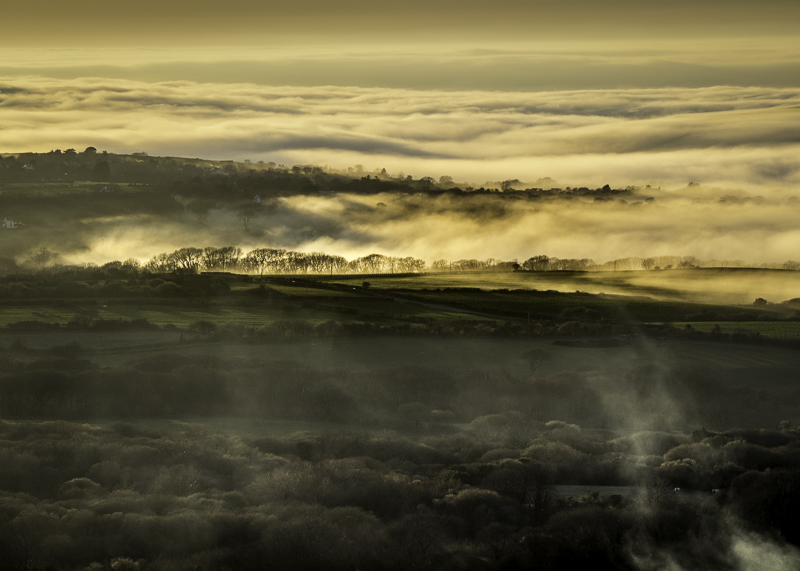 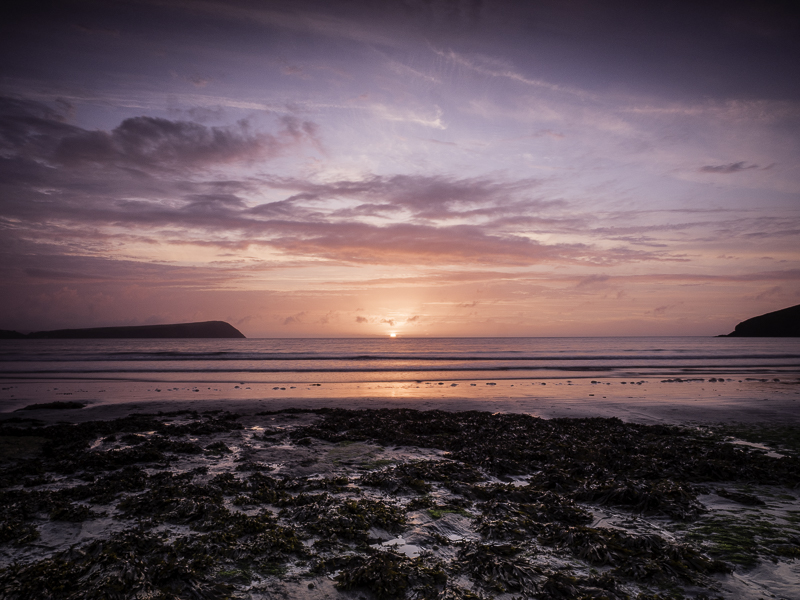 So those were my first two lenses. I subsequently added a second-hand Lumix G 14mm f2.5 pancake which is so inconspicuous when wandering around the street or at social events and I love it. It also does stuff like this. (1/320 f8 14mm ISO 100) 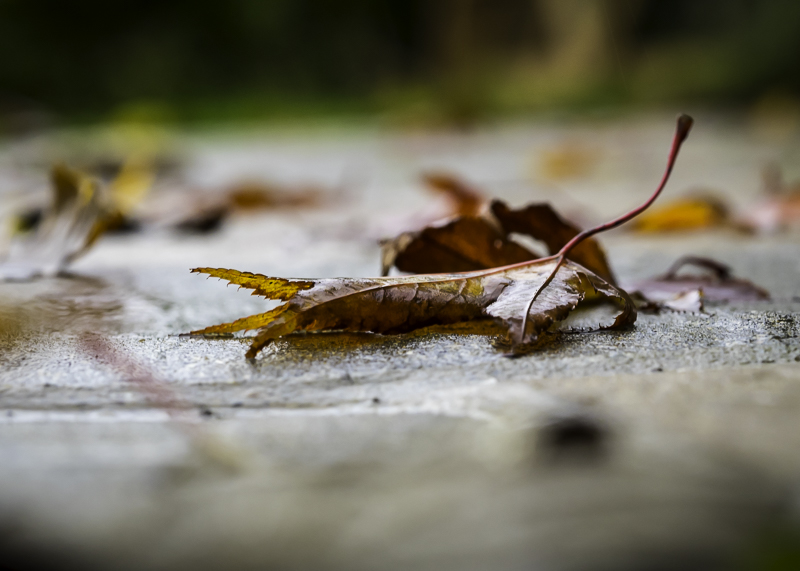 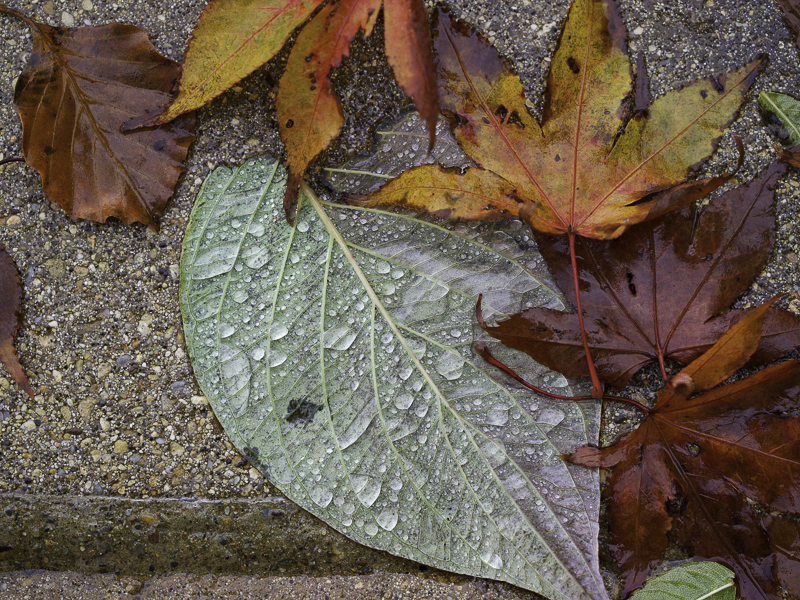 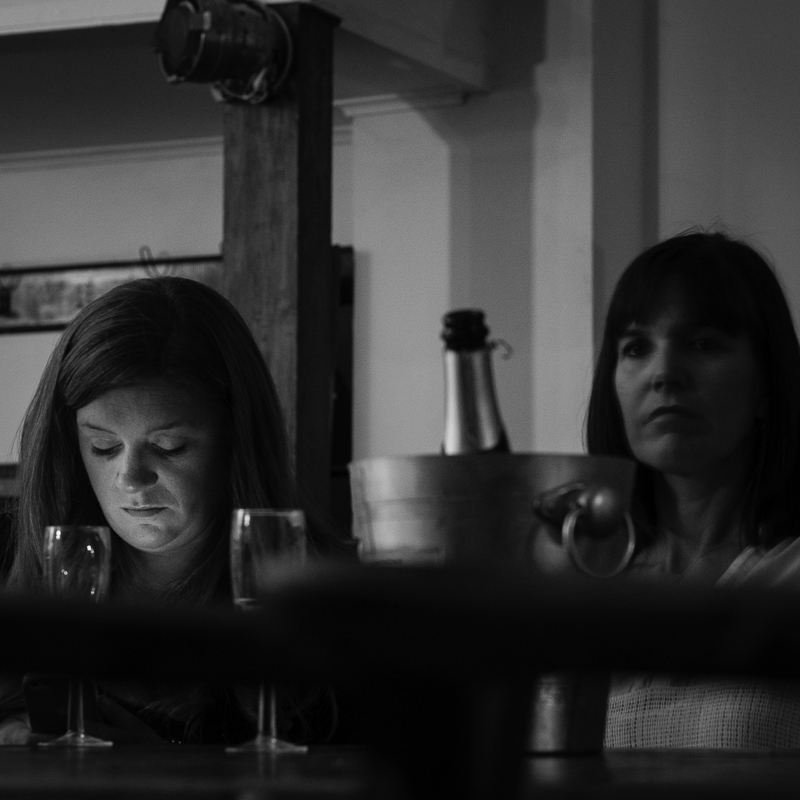 I’ve since added an Olympus 25mm f1.8 that is pin sharp. As it’s been raining more or less constantly since I got it I’ve not used it extensively but I’ll keep you posted. I almost bought the 25mm Leica but it’s much larger, twice the price and several reviewers reckon the Oly is better! 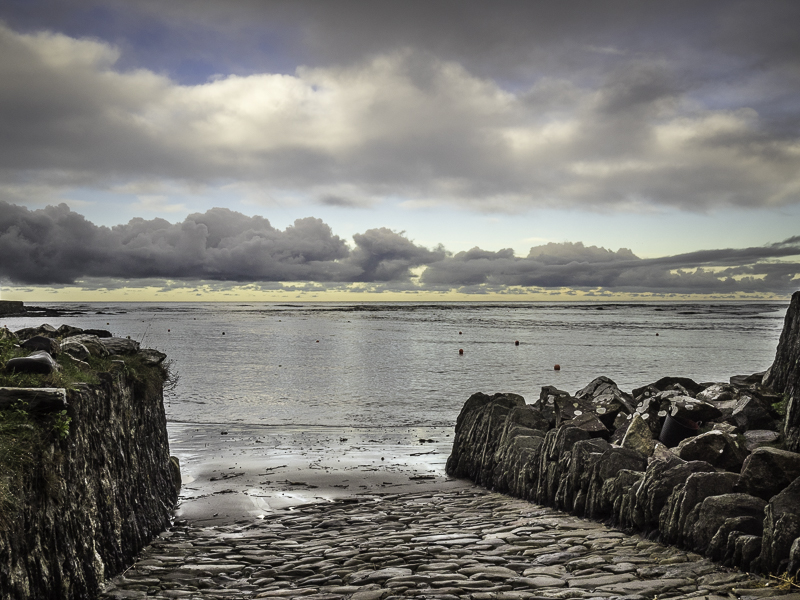 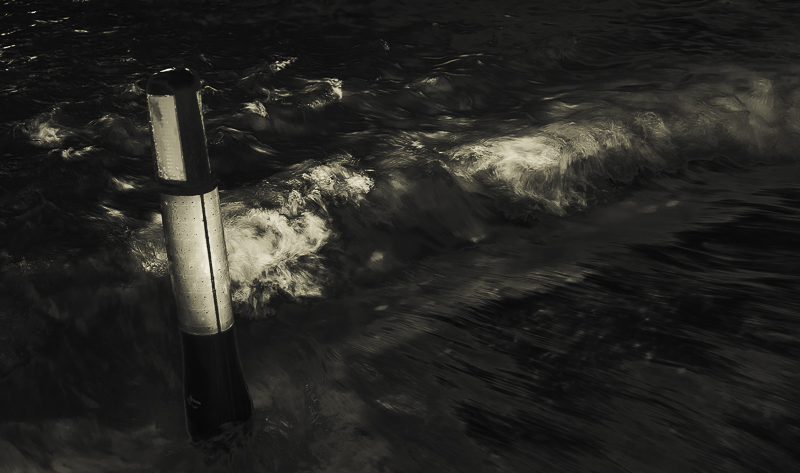 So, I’m happy with my decision to commit to m43. I love the size and weight that the m43 ecosystem offers, the glass available is terrific and it’s affordable; the difference in the cost of high quality glass means I now have a bagful of great lenses.

Most importantly it has inspired me to take more and more photos and I have undoubtedly become better at it. I don’t have to decide what to take out with me; I just pick up the bag with everything in it and walk out the door. As a regular hacker up the hills this a major bonus.

Are there any downsides? Only one that I’ve discovered so far. Low light performance is obviously not as good as a full frame sensor but it’s perfectly acceptable to me. For now, at least.

I think if I was having to make the decision now the Fujis would definitely be there but at the time the E-M1 was the right choice. I’d really like a second body and a fully articulated screen as on the E-M5 Mk 2. There must be an E-M1 Mk 2 soon, mustn’t there?