#434. The Day the Smartphone Overtook the Camera 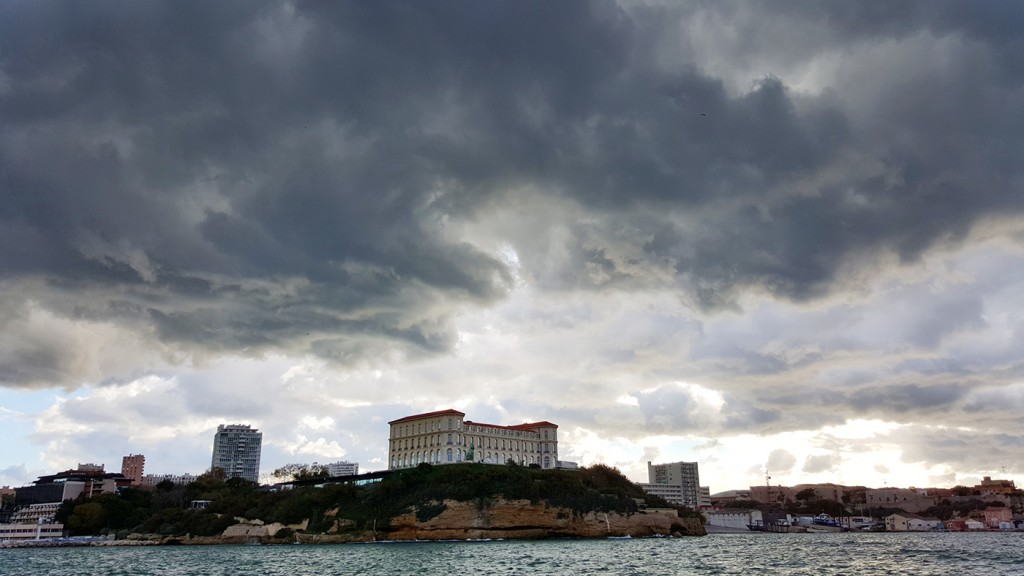 A Storm is Brewing

After years of testing camera bodies and high-end lenses, I’ve finally settled for gear that I think will last me a very long time. 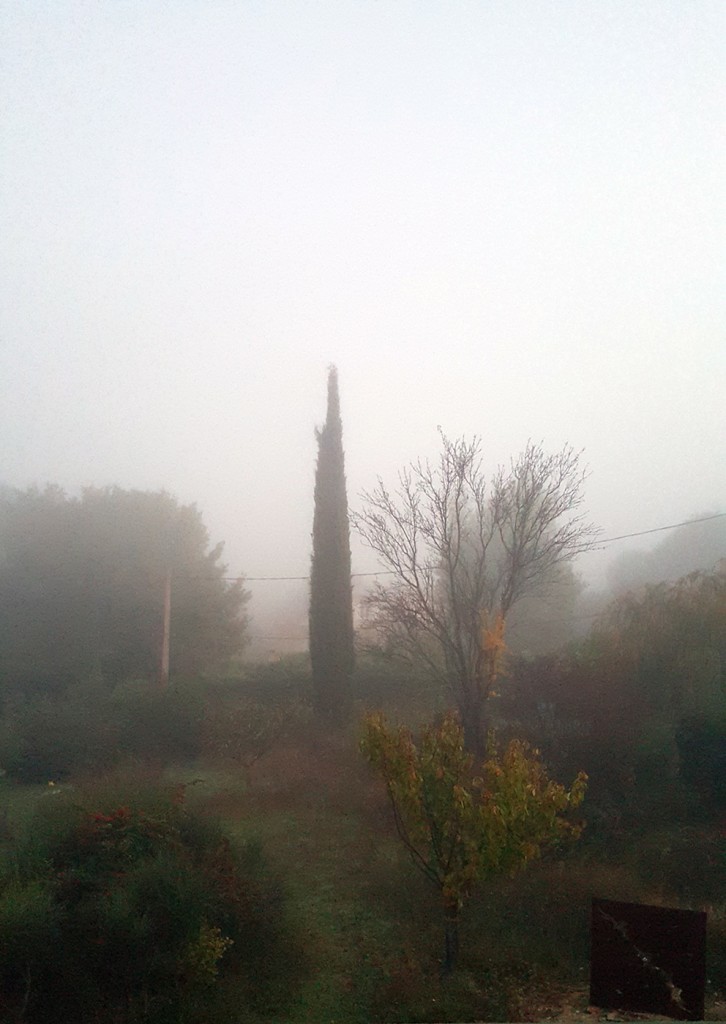 Let’s face it, the Sony A7rII is a brilliant camera, but you actually need the time to walk around with it to take actual photographs. Time which, sadly, I do not have. Whereas I always have a Smartphone with me. Wherever I go.

And the odds of making a great photograph are incredibly higher when you have a camera with you. Even if this camera is only substandard compared to the higher-end body in the cupboard.

And substandard it has to be, right? I mean tiny sensor, only 8 Mpix, fixed lens … 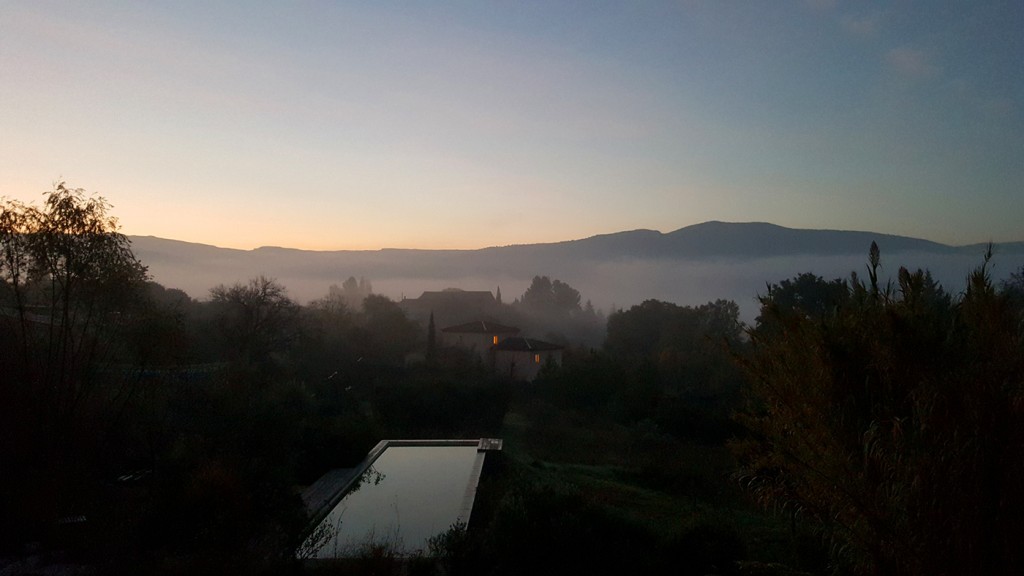 Assemble photographs and you get huge panoramas as in the case of the Mucem museum in Marseilles, above.

Sensor technology has made enough progress to ensure that even low-light conditions produce great results, see above.

Auto-HDR ensures the dynamic range matches that of the heavier competitor, see below.

All this done in camera, while I give phone calls. No post-processing. No hassle. Just perfect results, time after time.

Smartphone technology has progressed so rapidly that we need to consider it the dominant player now. It really has become that good. 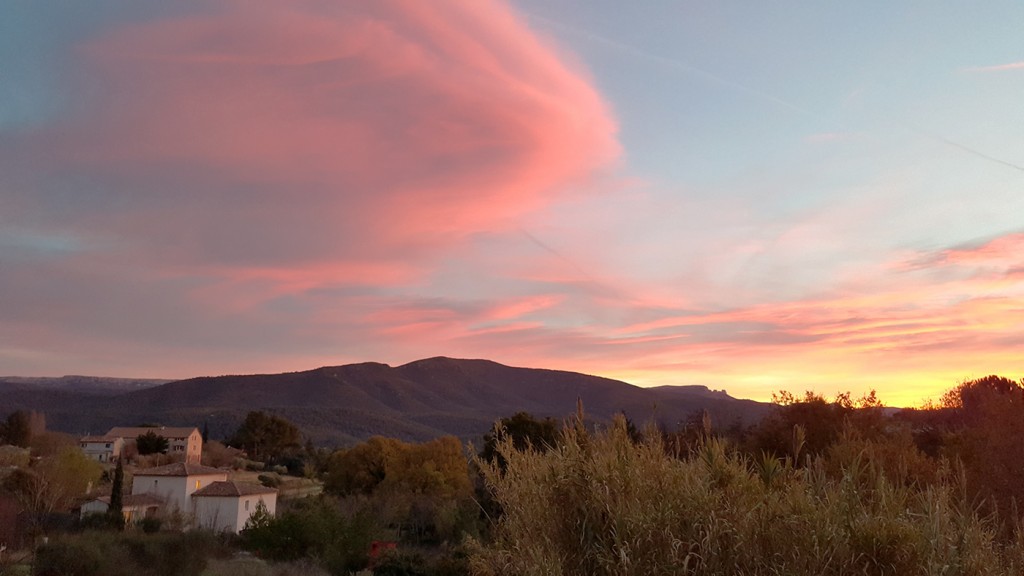 Better than reality, that’s how good! 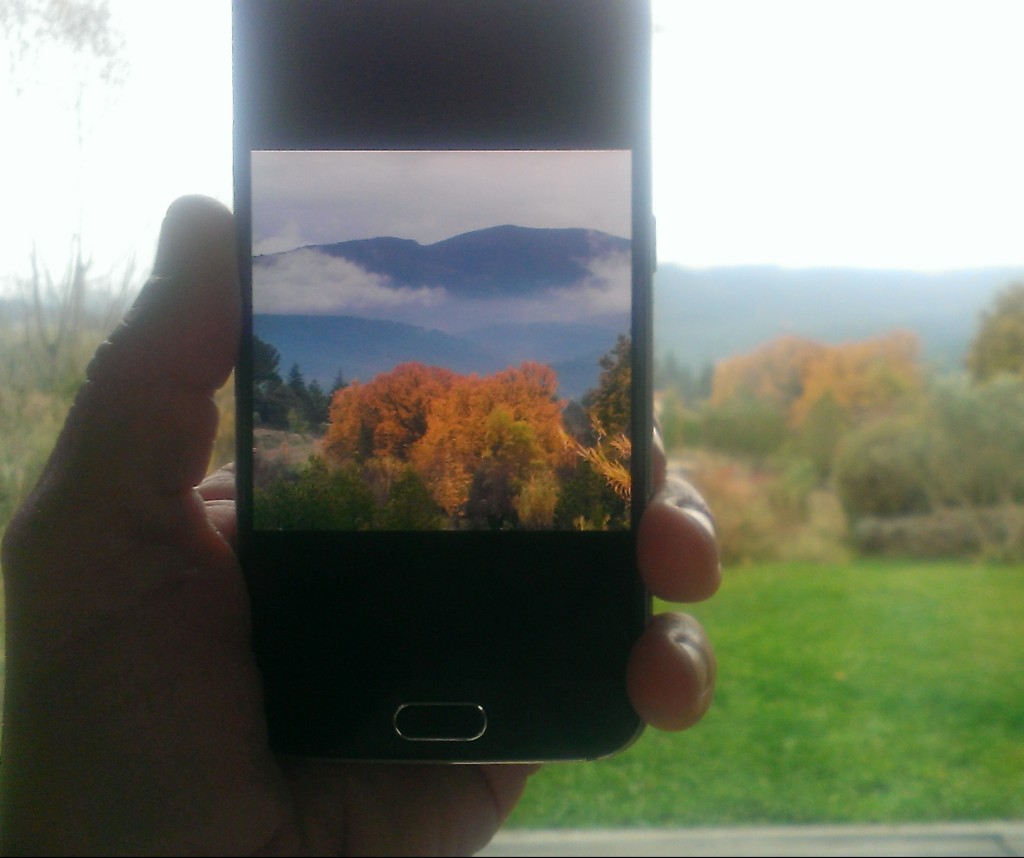 Oh but wait! I hear angry rumbling. Maybe this isn’t over!? Is that you, Philippe?

Philippe: The camera strikes back!

Tommyrot, I say. Poppycock! Gobbledigook! There are 4 dimensions to my indignation (somehow, without a 4th dimension, the obliteration wouldn’t feel quite complete).

One, of course, and the one to start with, is deeply personal. Impugning Pascal’s motives. The man finds his Otus 85 too heavy, methinks, and manual focus too irksome. Yes, he likes to flaunt his wide open shots taken with it, but he regrets having to schlepp it along, the grumbles of his wife and children when he breaks open his photo bag during family walks, and resents my taking 3 lenses with me at all times, when he only takes 2, in the best of cases. Taking the easy way out, are we, Pascal? And what about the old adage: “no pain, no gain!”? 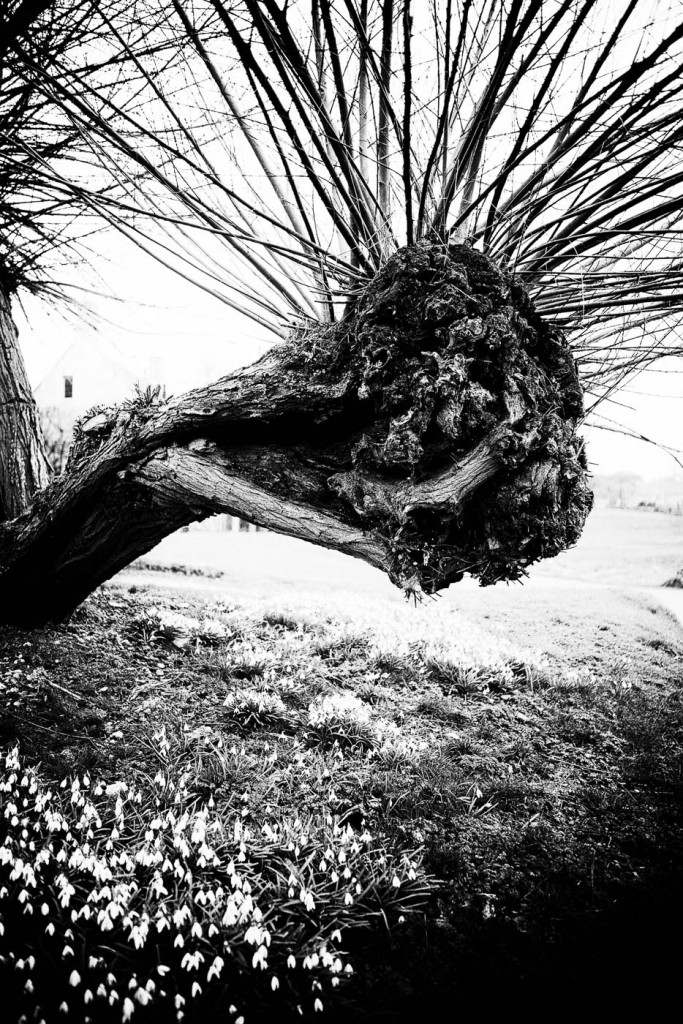 So, clearly, his Samsung phone is his not-so-smart answer to all of this. Easy, light, always at hand. Pshaw! And to think the man would have you join him on photoseminars! [writer has to leave this theme as increasing levels of physical distress may lead to unsightly gestures with his middle finger and/or to barfing in public]

The second dimension is technical. Has the man no eyes, and can’t he see? Right on his first “storm brewing” picture, the highlights are clipped, and there is no information left. And colours: on his shot before last (“Provence dawn”), the clouds are a nice pink. The problem is, his whole picture looks pink. As though the Samsung has a pink-coloured filter to make the world look like a nicer, sweeter, warmer, friendlier place.

If that is what he desires deep down, ’tis not a camera that he needs, it is Prozac!

I am sure his wife would like that, so that he can stop agonizing over trivial detail, whether it is the quality of a picture or sonic performance from his audiophile setup. That would also stop him caring about the fact that his “haze” shot has no detail whatsoever, to the point of showing no information at all, just as the shadow of his first “Provence dawn” reveals none. Equalizing, standardizing, normalizing, no room left for any deviation, for anything extreme, rare, or spectacular. 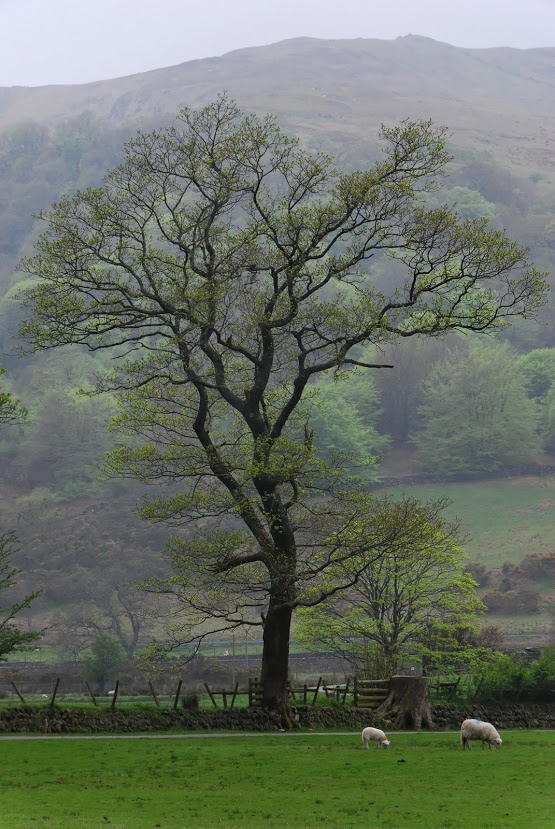 The third dimension relates to the connection between these oversimplified, rose-coloured pictures and the direction the world is moving towards.

This sorry excuse for a picture is taken instantly, painlessly, transmitted instantaneously so that people may glance at it, one-click “like” it, and move on. Because that is pretty much all it is worth. No intent, no character, no personality. Just a “like”, 1/10th second’s worth of attention. Even the fact that these minute-sensored phones cannot show any bokeh is, in that perverted sense, appropriate. Everything is in focus, just as in our world nothing can be private anymore, let alone hidden or secret. There is always a phone in someone’s hand to expose every nook and cranny of your life for the world to see, and judge, and “like”. Which leads us to idolize those crafty enough to make a business out of it by flaunting it shamelessly, like the K family… And don’t get me started on the infamous “selfie”, the worst of the worst… 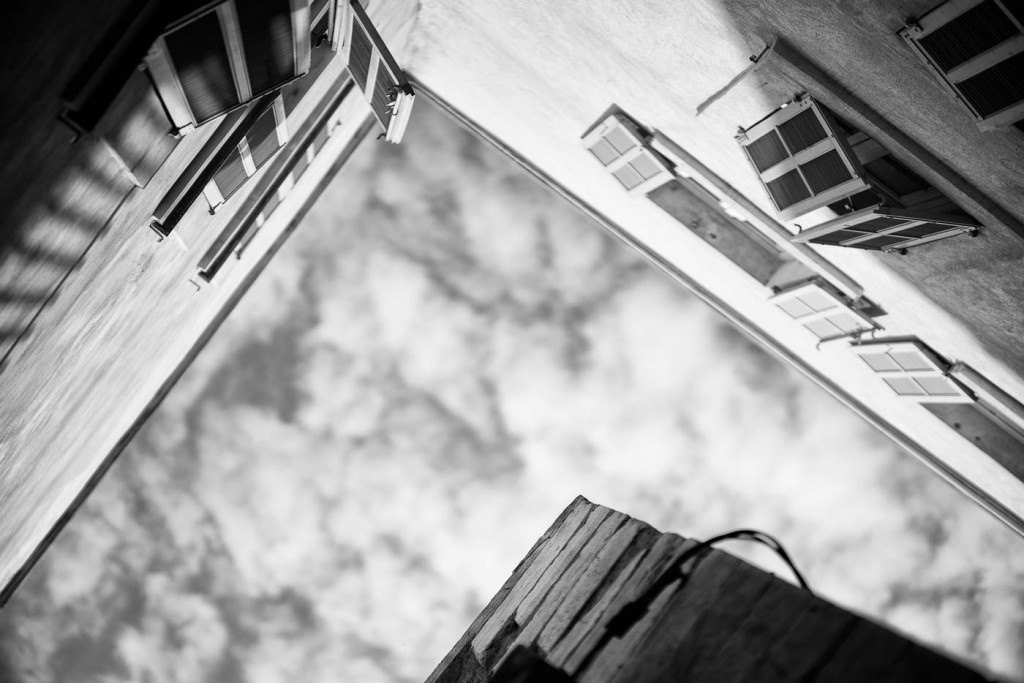 The fourth dimension: of course there are very good photographers who choose to use smartphones, some professionals even, and the results can be yummy. Yummy, not crummy, as above… But, let’s face it (not fake it, as above…), the vast majority of cellphone pics are crap. No care is taken when the shot is taken, the “spray and pray” method produces extraordinarily ordinary pictures. And such is the tsunami of such visual refuse that our eyes get used to this lowest possible level of photography that our visual taste buds lose both their acuity and their accutance. Could we appreciate the true excellence and infinite subtlety of a great meal if, day after day, we were force fed fast-food? 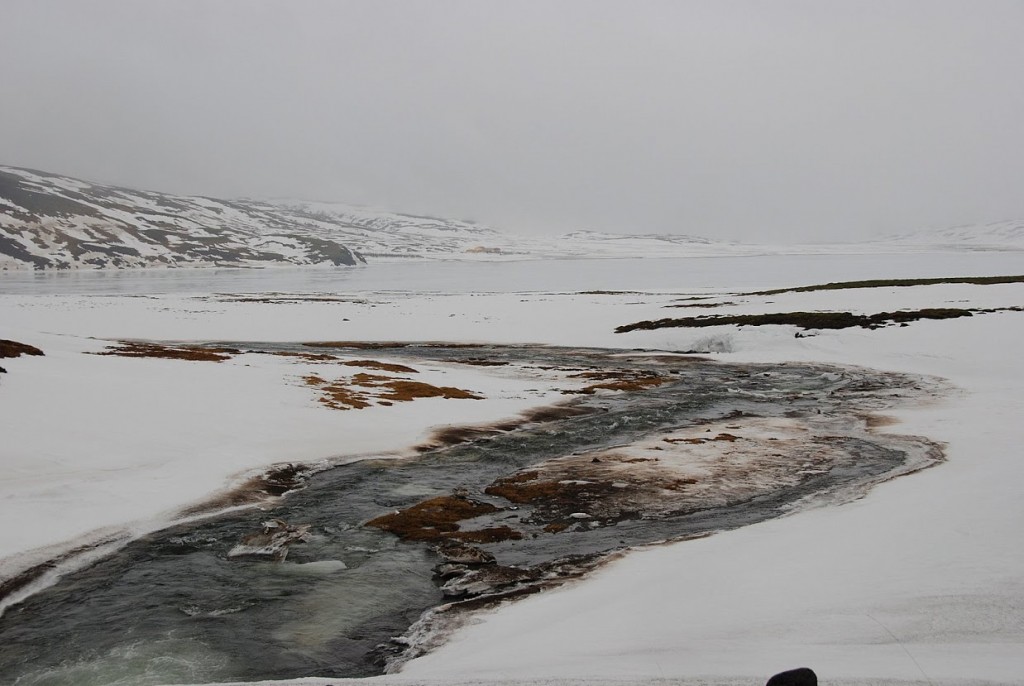 Gawd, I am so pissed I am going to prepare a full post exposing the travesty that is the cell-phone-as-a-would-be-serious-camera, with real A/B comparisons! That’ll teach him a lesson, if he still cares to show his bleak face on his own Website! [writer stomps off to get properly sloshed]

Ouch, now that’s what I call a good spanking 😉 And a well deserved one because (1) well, that’s what you get for being provocative and (2) I lied. Not that I post-processed anything super wrongly (reference to this) but, in the photo of my cell-phone, it was actually display a picture made with the Sony A7rII and the OTUS 85 😀 😀 😀

Still, for me, there are two take aways from this brief attempt at dethroning cameras. 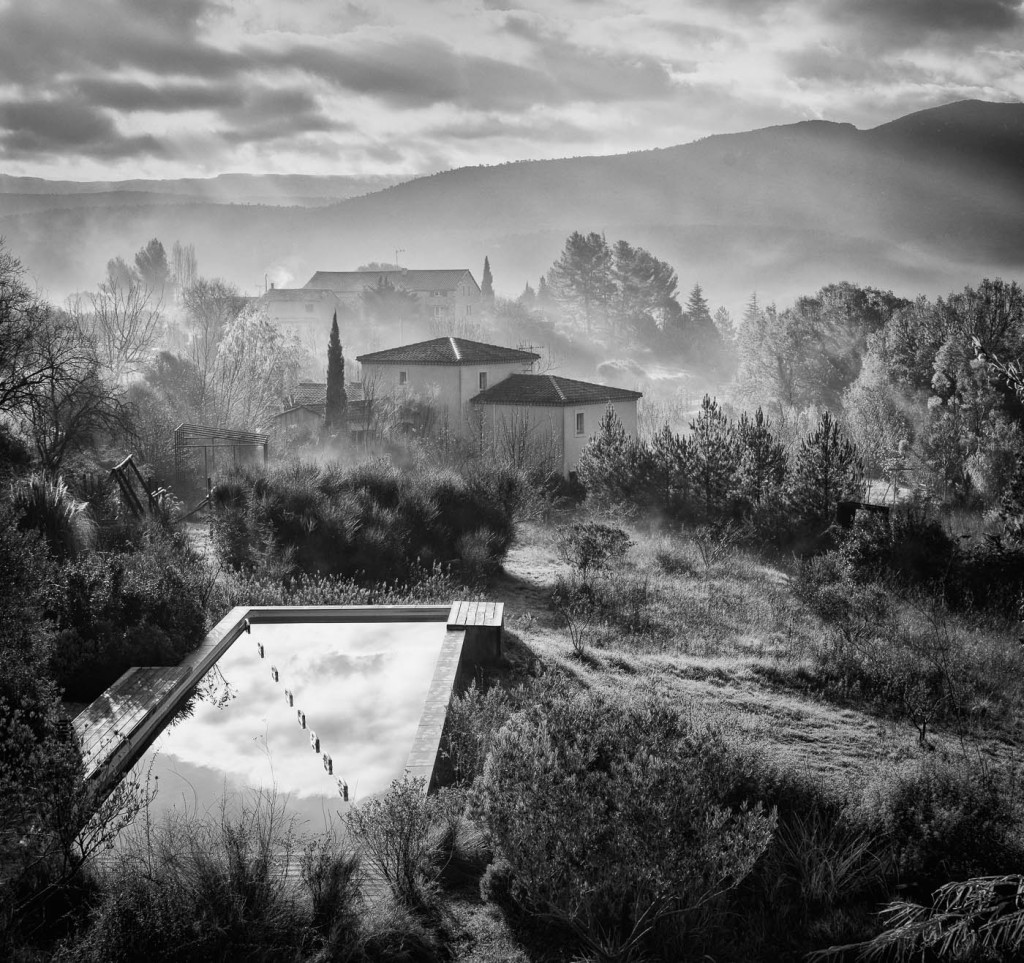 First of all, smartphones have come a very long way. Image quality, while not perfect as Philippe pointed out, is outstanding for such tiny and convenient devices. Today, I would either buy a high-end camera or a Smartphone. Never a compact camera.

Secondly, smartphones have an even longer way to go before they catch up with the best cameras out there. I’m not even talking Leica S7 or the ridiculously desirable Phase One IQ3. No, even the far more affordable Sony A7 series offer so much more in terms of controls and pure file handling capabilities that there is simply no possible comparison. I maybe wouldn’t be as severe as Philippe towards the (best) Smartphones but photographers often find solace in the creation of images from any subject (peppers, bedroom window views, cats …), simply working on the post processing. And for that, the Smartphone files are simply miles away. The best of the breed have become superficially brilliant, but there is no (bit) depth to them.