The guys at Zeiss make no secret of their satisfaction with the Loxia 21. Many even claim it to be the company’s greatest achievement of 2015, which is saying a lot considering the quasi-simultaneous release of the Otus 1.4/28 and 6 Milvus lenses, which were sold out in a matter of weeks, in spite of stock building prior to the launch date. 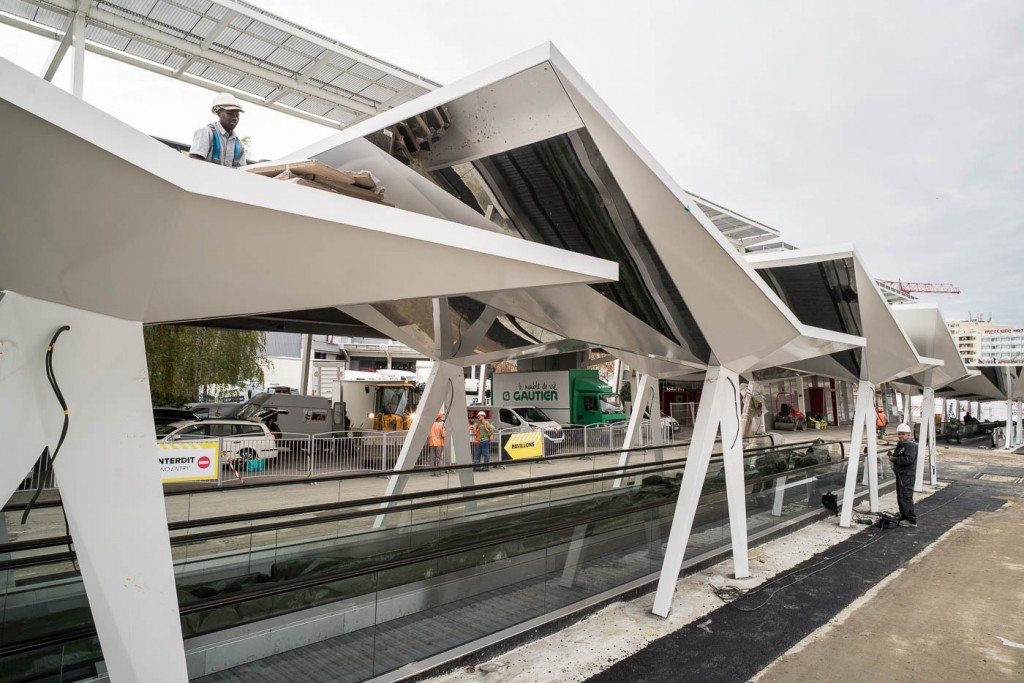 I approached this lens with a little less enthusiasm and hope. Having loved my Elmarit-R 19/2.8 II (and sold it to finance the Otus 85 acquisition) and still owning the Distagon 2/25 ZF.2 which I consider(ed) the best wide-angle I’ve ever tried, the Loxia simply comes across as a convenient addition to the range. Small, treated by Sony like a legacy lens (meaning EXIF data and in-camera corrections apply to it) and affordable. But not compelling. 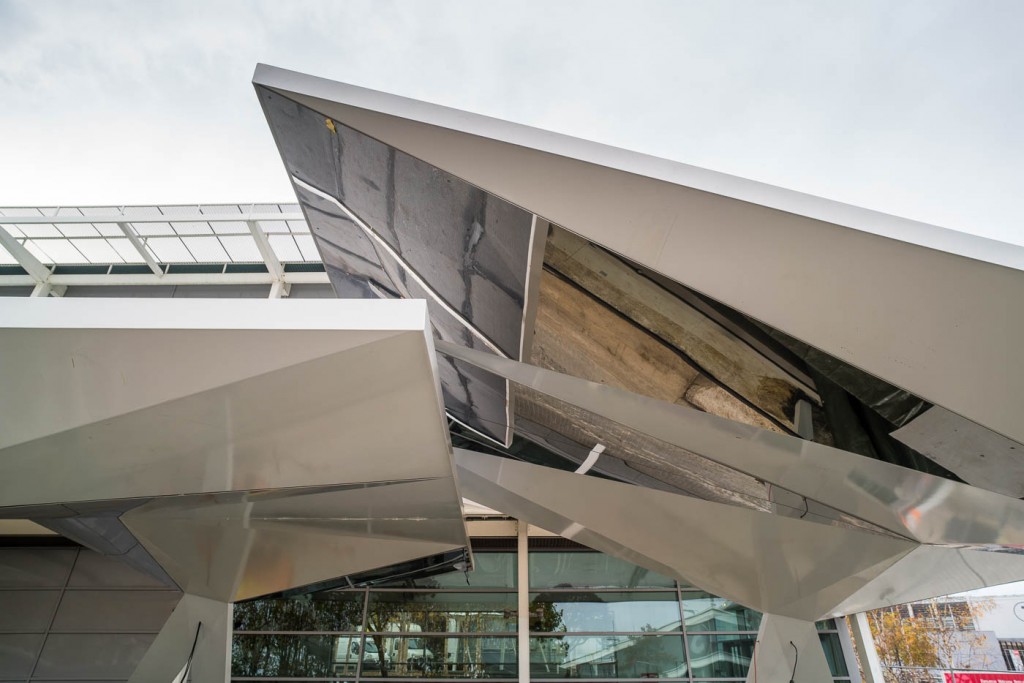 Always keen to help, Christophe Casenave (Product Manager) and Marco Auricchio (Sales Manager EMEA) kindly loaned us (co-author Philippe and myself) a personal sample to play with for a couple of hours with the usual thirst for first-hand feedback. Much appreciated, gentlemen.

Well, having recently published a lens field-testing tutorial, I feel obliged to say a few works about sharpness, colour correction, and other technical aspects of the lens’ personality. But I don’t want to. In the train back to La South of France, I find it hard to resist going bonkers with post-processing the really, really, lovely files this lens and the ever-stunning A7rII delivered shot after shot. 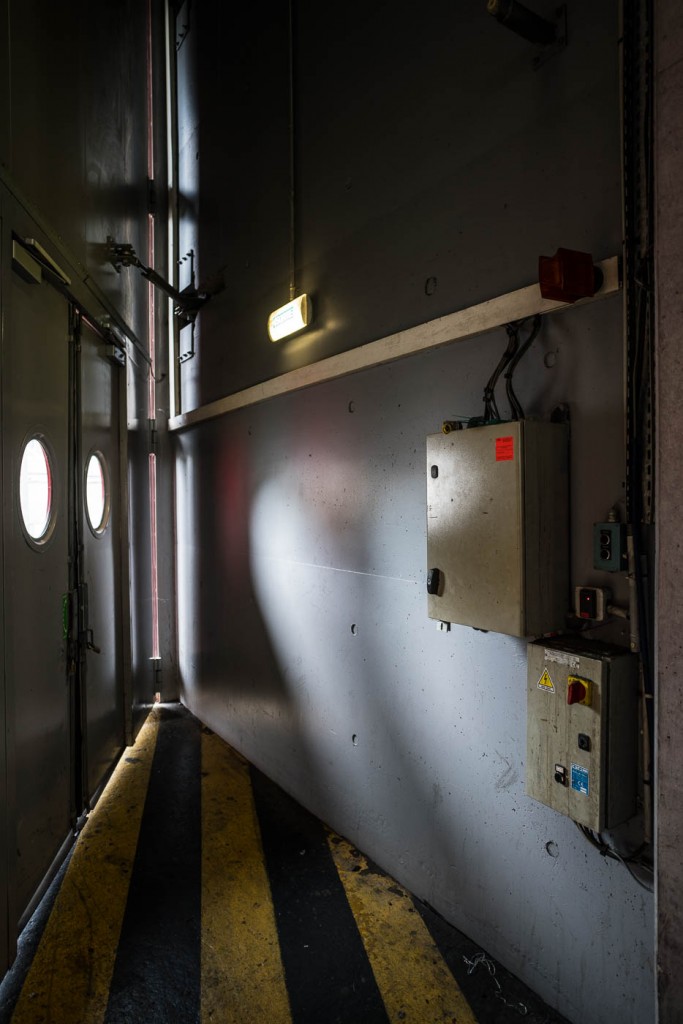 Still, here are a few reviewer comments, based on the brief 20 minute period I managed to stay focused on the task 😉 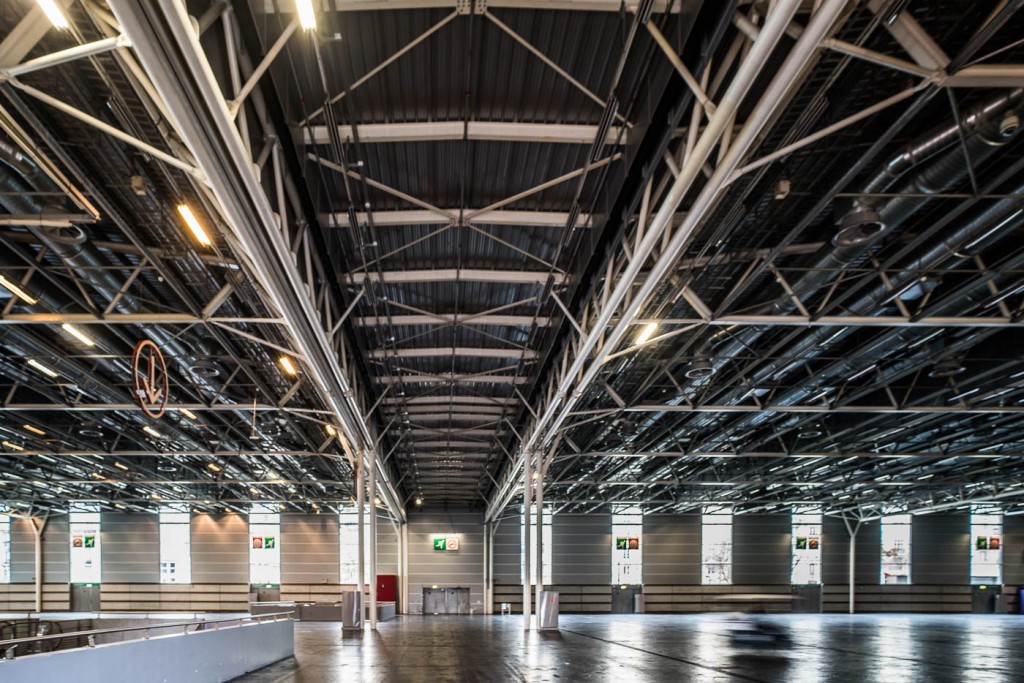 Colour correction
Let’s start with this as it seems to be the only detectable aberration.

Blue green fringes are visible in out-of-focus areas. Here’s a shot (from the top right of the photograph above) which illustrates this. Please note, this is 7 foot tall on your screen, and I increased contrast and saturation. Consider this a worse-case scenario, at full aperture. 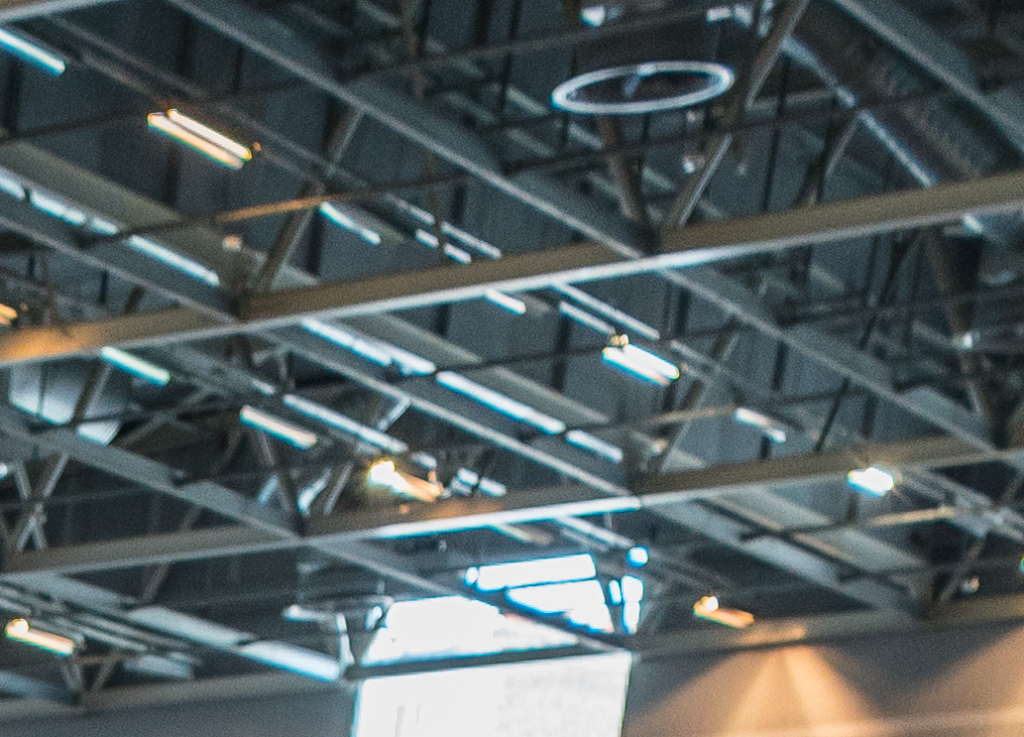 And now, here is the same shot after some wriggling of the sliders in LightRoom. Good doesn’t begin to describe this kind result in the corner of a very wide-angle lens at full aperture on a 42Mpix sensor … 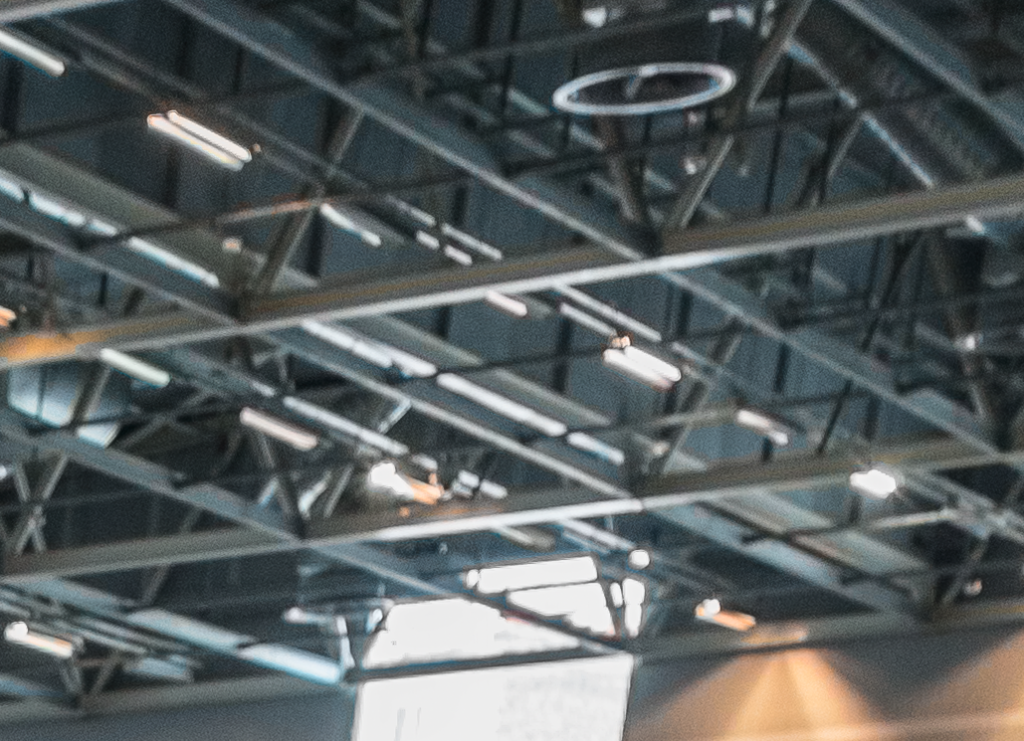 And that’s the worst I have to say about this little gem.

Essentially non-existent, which I assume is due to in-camera correction (?) Whatever the cause, results are stunning and the Loxia will undoubtedly please architects. 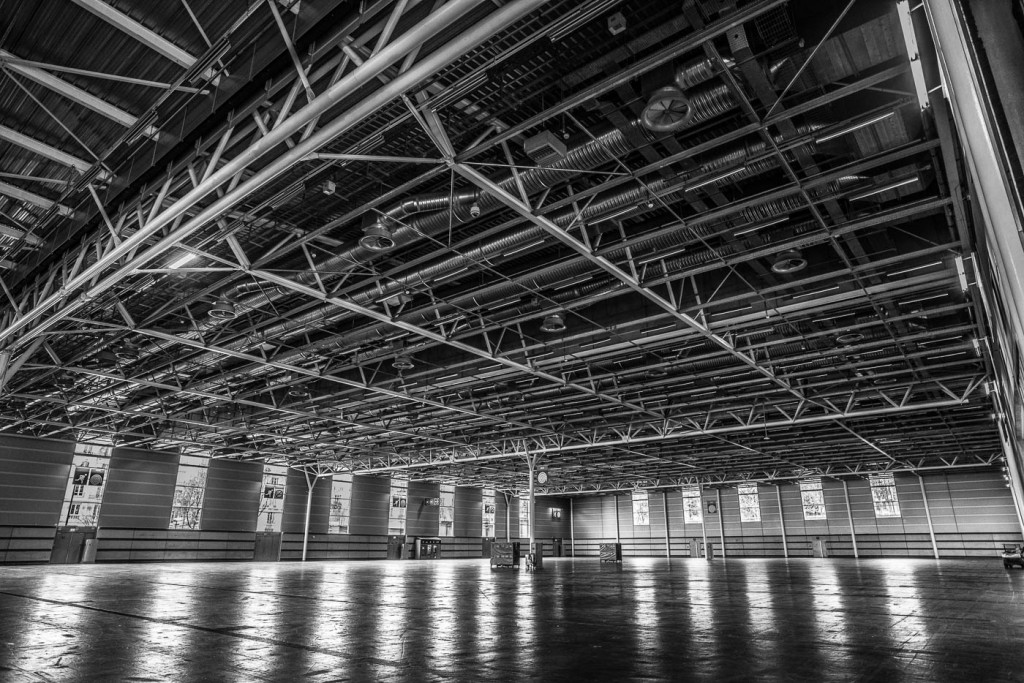 Vignetting is low, as suggested by the technical brochure. Here’s a defocused white wall photograph. Only on DS do you find such high quality art 😉 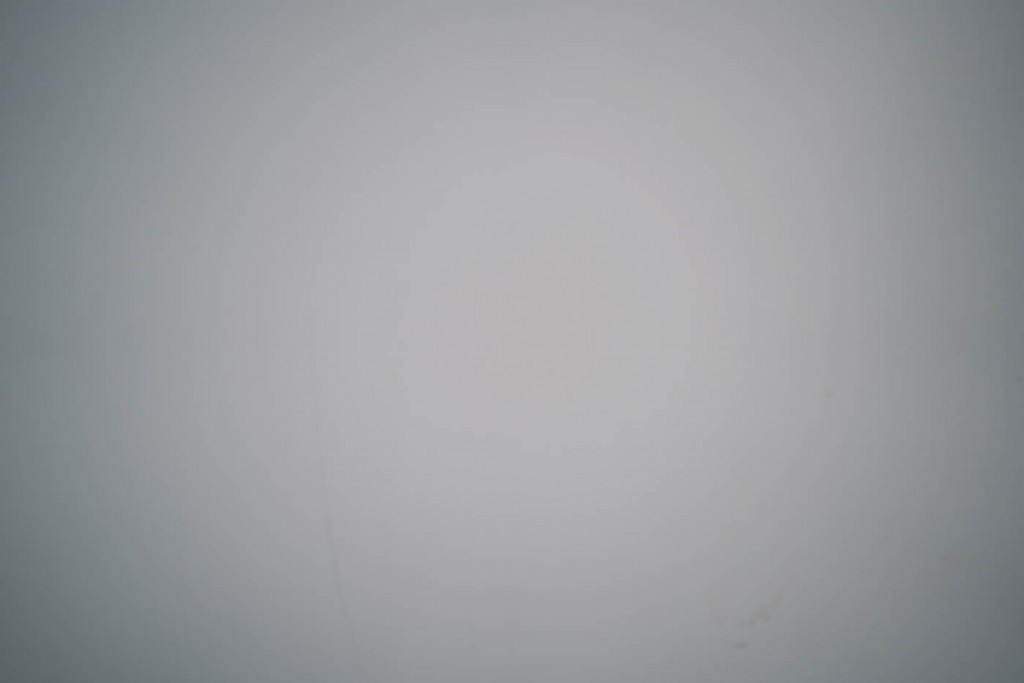 In real-life pictures, you have to look hard to notice vignetting. A great result, then, though this is “just” an f/2.8 lens and you’d expect reasonable performance from it. Still, un altra-wide with no vignetting is really good to own.

To be honest, I forgot to test this but this photograph of a leaf near the minimum focus distance and at full aperture shows no sign of problem (note: I added the strong vignetting in post-processing). 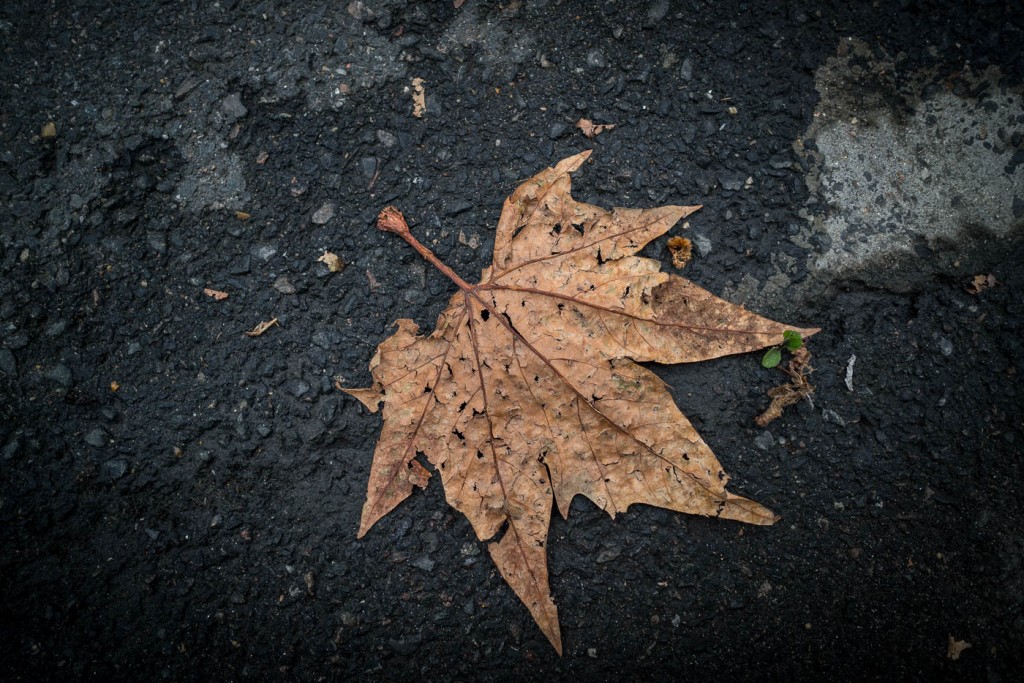 A is for astounding. Sharpness freaks are going to love this lens. It delivers a bitingly sharp image right into the corners at all useful apertures. Here is a full 42Mpix pic at f/2.8 (mainly SOOC with only darkening of the sky added) to download for you to judge this (it is a jpeg, so not quite as good as what I see on-screen). Focus is on the red tubes. What do you think of the rendering of these tubes? I expect lab test results for this lens to put it right up there with the OTUS and Sony G90 dream machines. 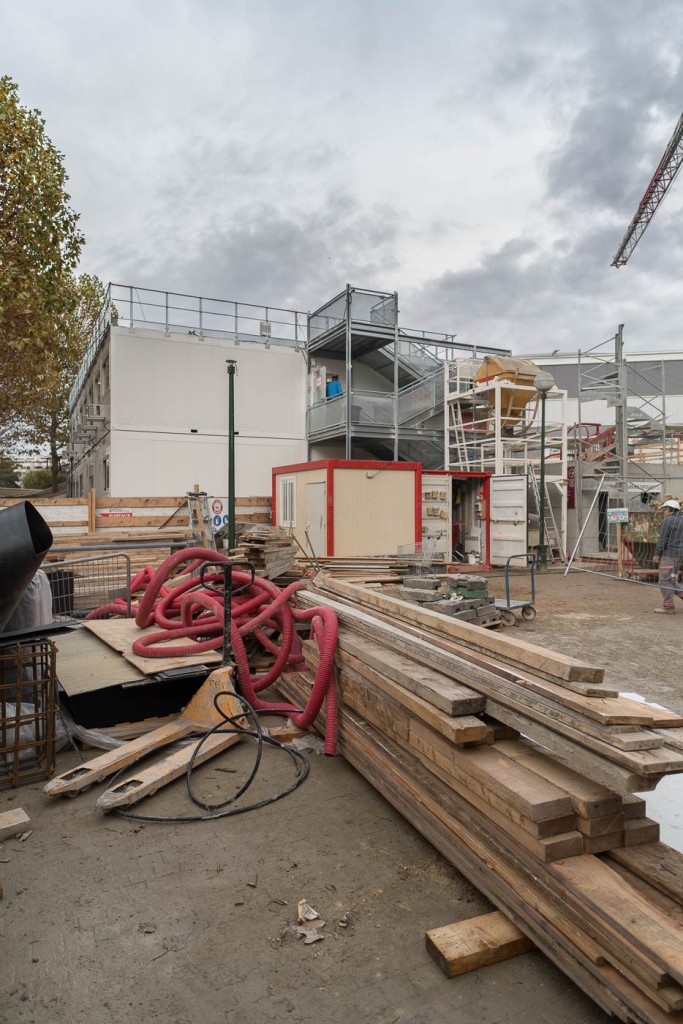 Moving into more subjective areas of lens evaluations, two things strike me: Colours are superb. Subtle but bold. Reminiscent of a Super-Elmar, possibly even better. 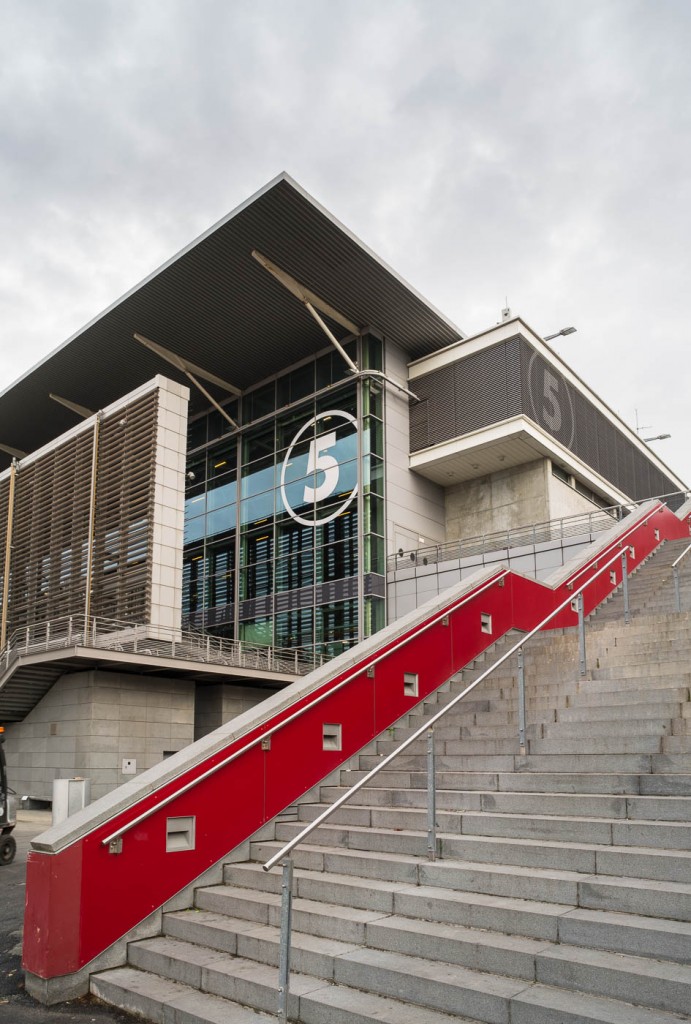 And the lens shines in dark situations, bringing a vibrancy to shadow detail. 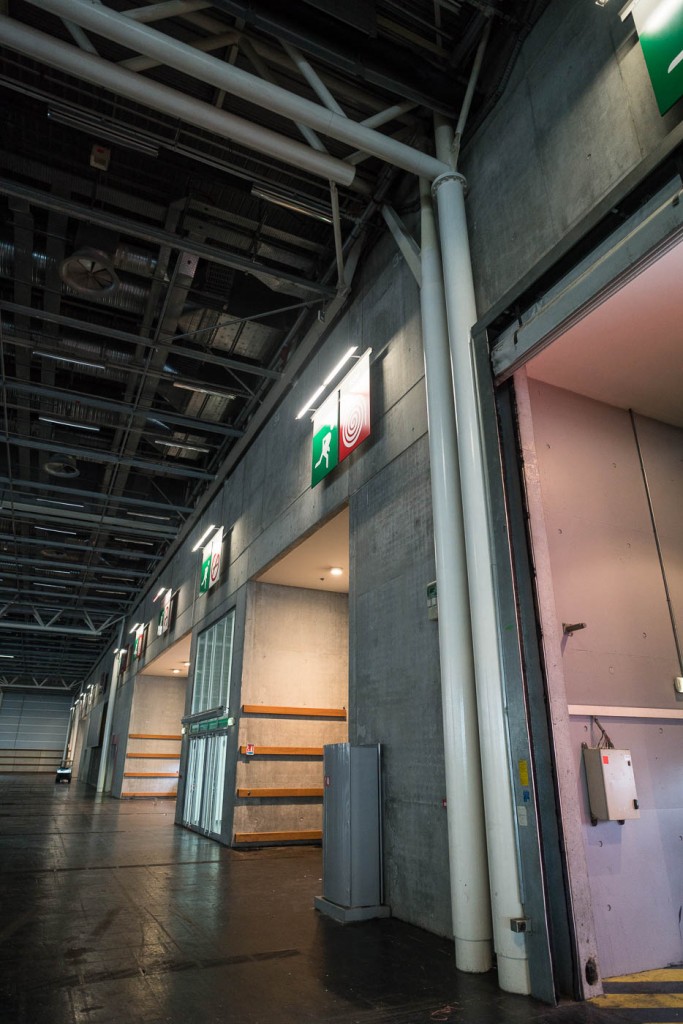 In fact, it feels extremely transparent and direct. Compared to the Milvus 21 (based on the older, but legendary Distagon 2.8/21 Classic) the Loxia feels even more transparent and has more bite. The downside of this is that on some subjects, the Milvus feels more elegant, as if “draped in silk”. Both are superb lenses and the Sony user is fortunate to be able to choose between the two. Of the two, the Loxia 21 feels more modern, more edgy. Architects and landscape photographers will probably love it. Hopefully, we’ll be able to test one in the landscape in the coming weeks. When I do, I’ll compare it to the lovely Distagon 2/25 which I know to be less impressive in the corners but expect to feel a little more organic and natural. Coming from a set of retro-lenses, I must say I really love the rendering of this Loxia. It has a really modern feel to it, stark but not soul-less or clinical. It just lets you photograph things the way you want them to be without superimposing its own personality. 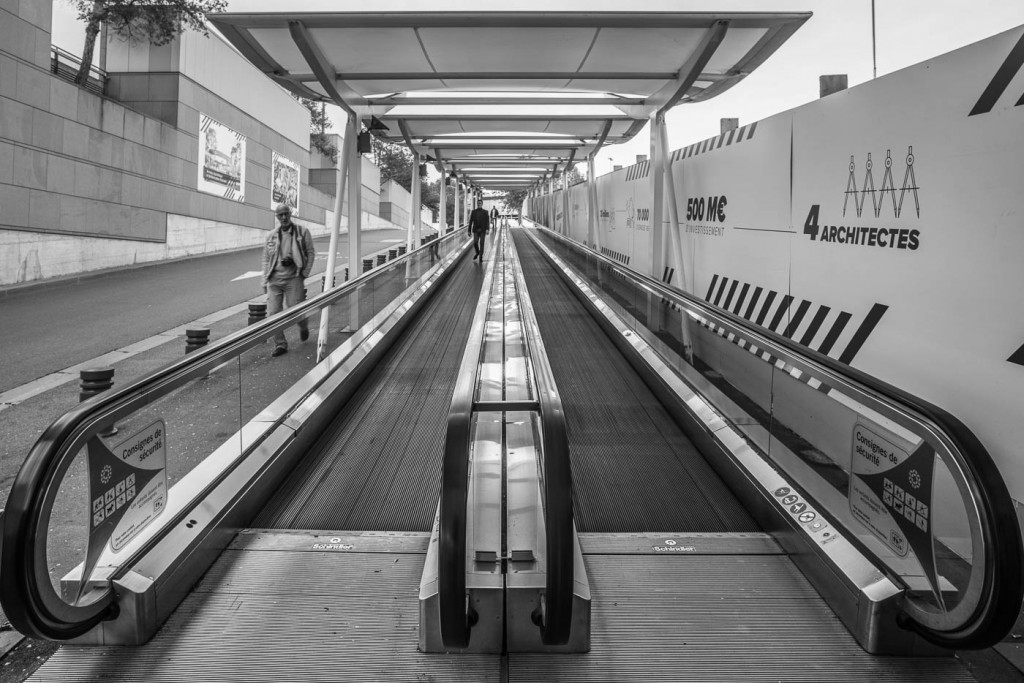 3D ? Good, very good. Although, on first inspection it doesn’t produce the same wormhole effect as the (Earth-shakingly brilliant) Distagon 1.4/35 ZM. When a strongly converging geometry leaves you no option but to see depth, it delivers in spades. But in photographs to do not exploit the ultrawide drama, the feeling is less pronounced. 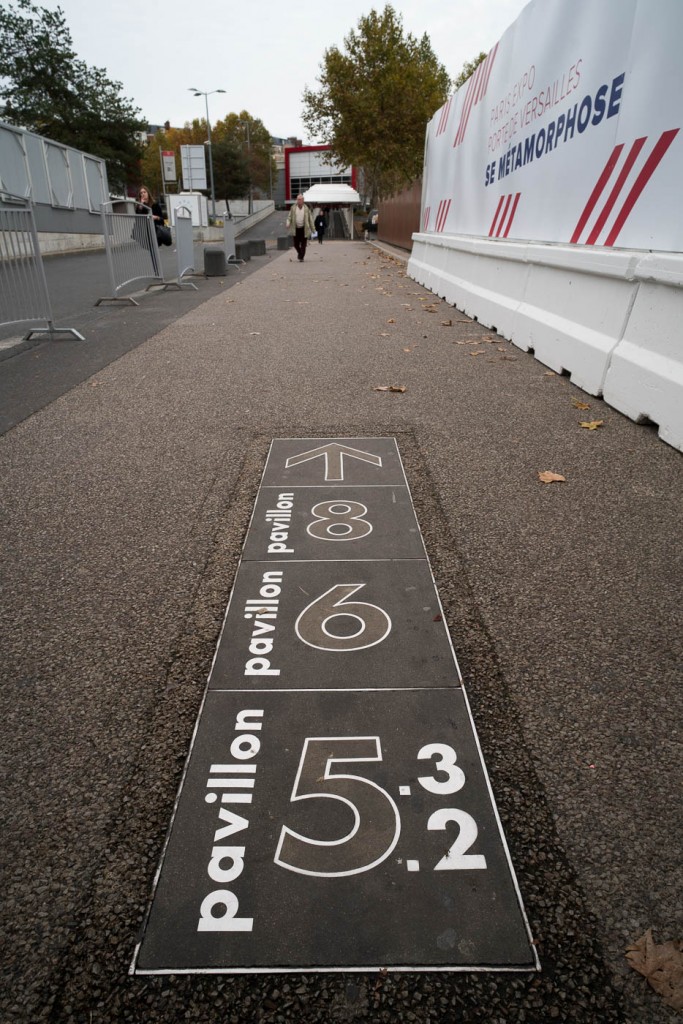 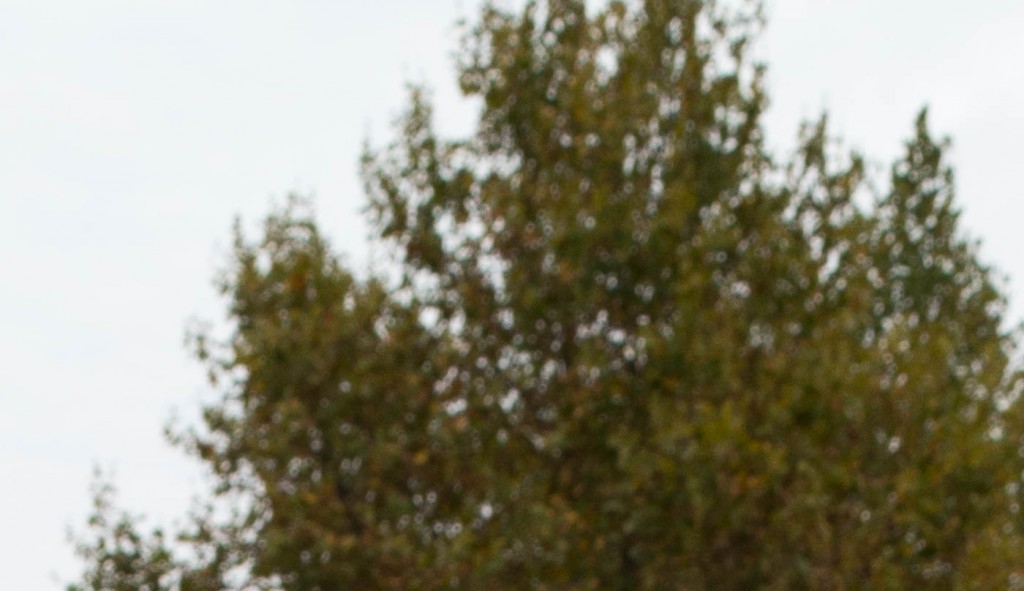 Bokeh is mostly good, but not great. Pixel peeping on very difficult subjects such as specular highlights through tree leaves will reveal some harshness at 100%. But if you’re going for bokeh and not printing to drape a cathedral wall, you’ll find the result convicing enough. I just don’t think this is a bokeh lens. In my limited experience, the lens is at its creative best with everything in sharp veracity. But bokeh is possible and quite convincing in most situations. 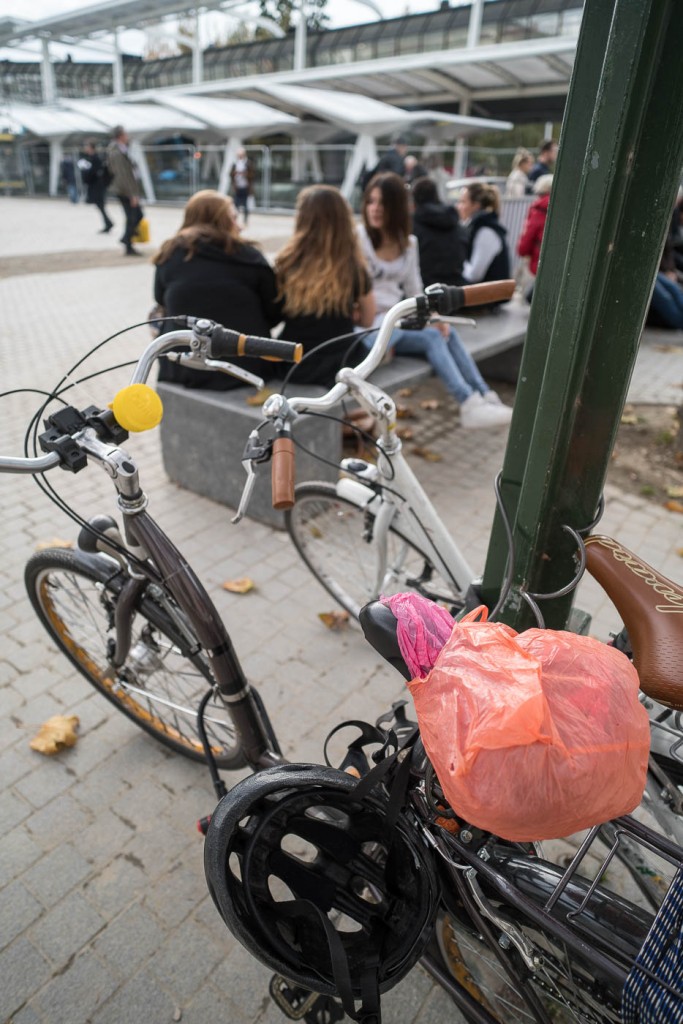 If past history is anything to judge by, Zeiss will sell every Loxia 21 they build. It’s a *superb* optical achievement in a package that feels 100% intuitive and a natural extension of the Sony. If you crave sharp, transparent and accurate lenses with the Zeiss knack of spatial placement, get in line right now (but subscribe to DearSusan before you do 😉 ) Make no mistake about it, there is already a long line. If you dig a grungier or soft-focus look , then it’s not the lens for you. 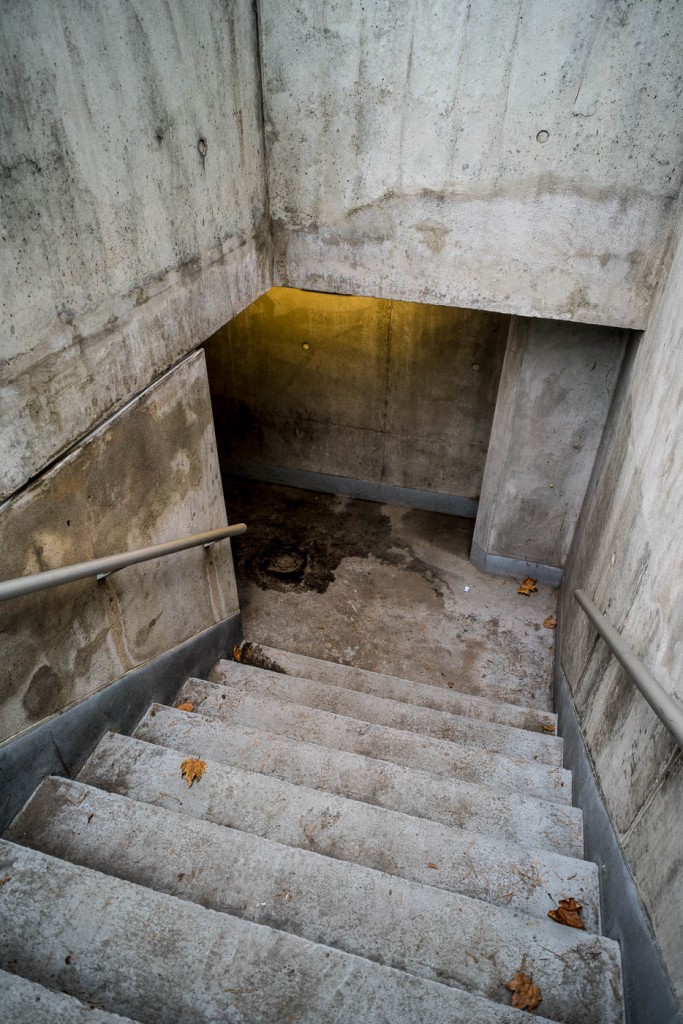 Me ? Writing this several hours after the test, still in love with my 25/2 and usually more in tune with lenses that trade a little technical purity for a little more soul, I find myself looking for ways to justify yet another acquisition … Sure, it’s a stop slower, but the native connection to the Sony add 2-stops of IBIS. Files require so little touching-up that I’ll lower my post-processing time. And the photos created in about 45 minutes of less-than-inspiring surroundings are just so damn good …

In fact, I’d go so far as to say I think this lens alone is a compelling reason to invest in the Sony A7 system ! It is every thing the much-loved FE55 proved to be with added class and subtlety.

Oh goodness me, not again! 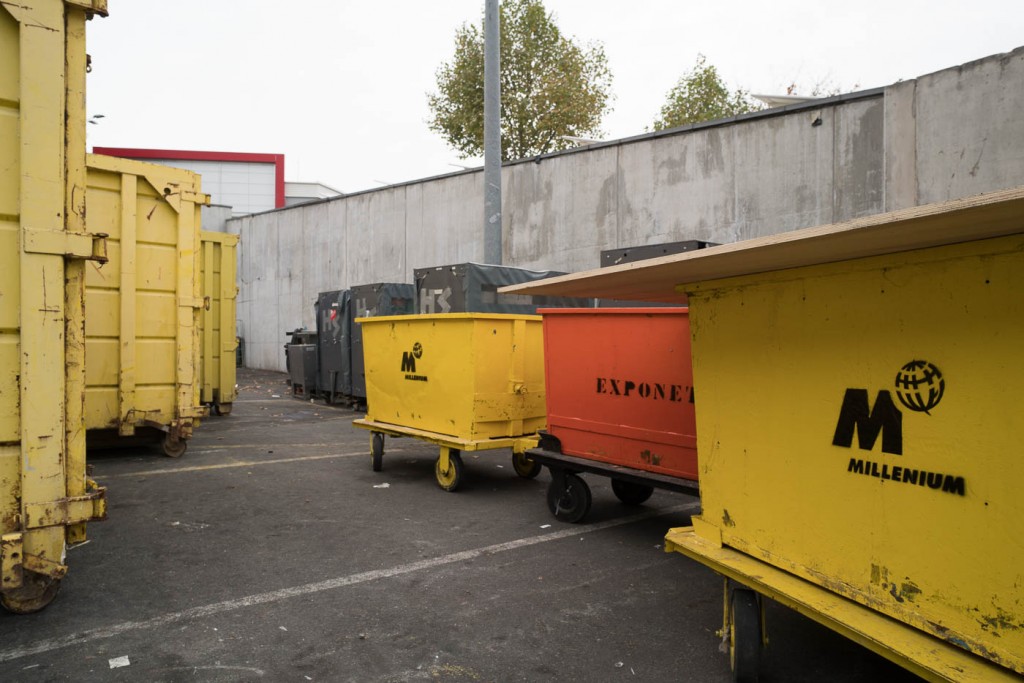 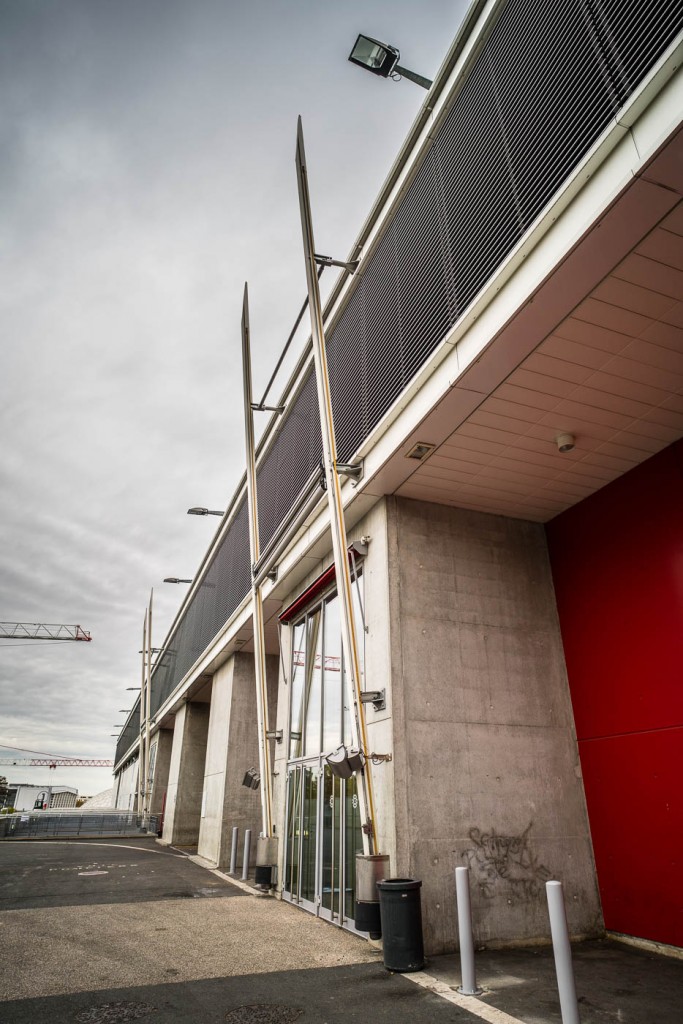 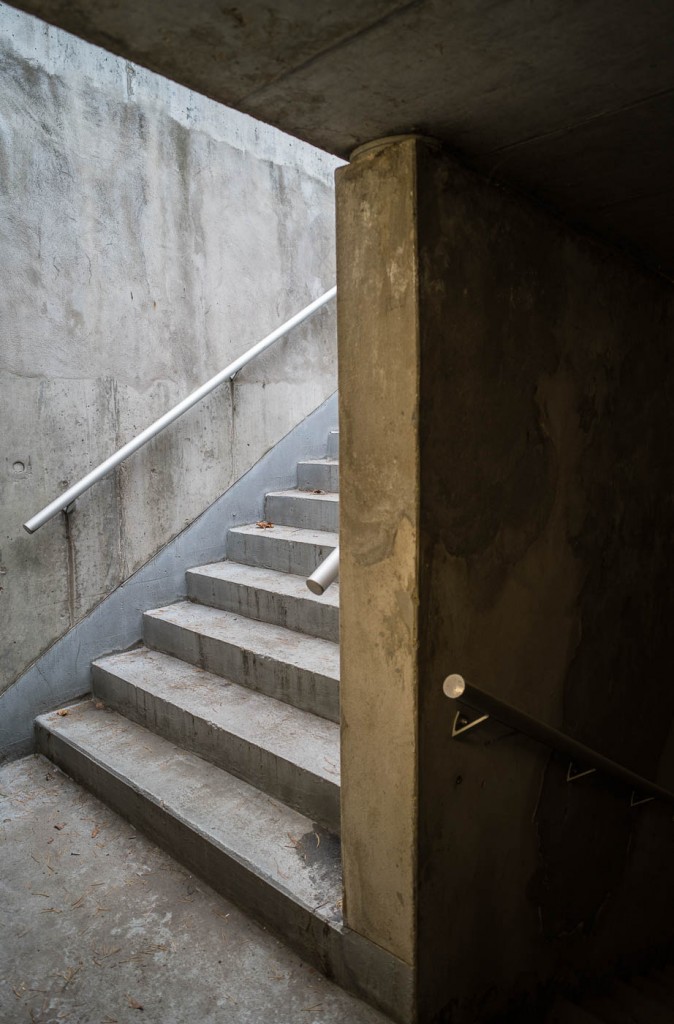 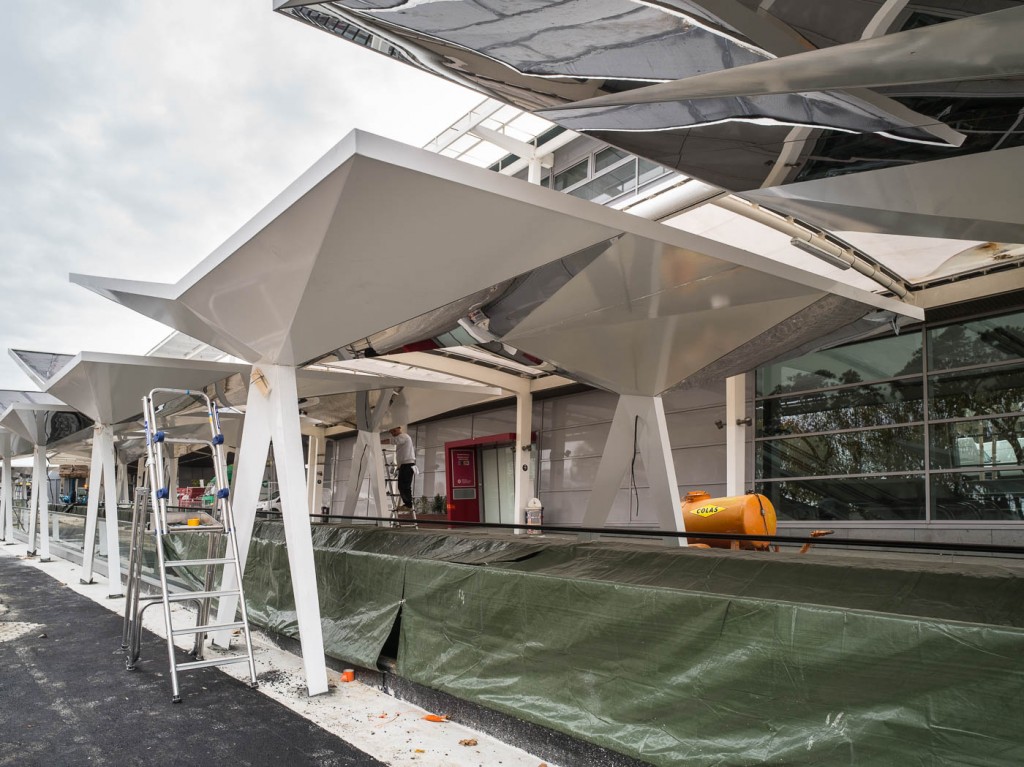 PS: As co-author Philippe remarked after testing this Loxia, the lens is proof that the forum pundits were correct: it really is impossible to design a good wide-angle lens with the short flange distance of the Sony mount! 😀

My considered opinion, after this brief walkabout, is as follows.

My initial impression was a bit “meh”. What are those Zeiss people so excited about? Nice and small, though, is it really a FF 21 f:2.8, it feels so compact? Part of that impression may have been due to prior testing of the humongous Otus 28, which really rattled my cage and rumbled my soul.

First pics showed that this lens does not emphasize fuzzy mid-tones, as is so easy on the eye with the A7R II (read: ZM 35 f:1.4, ZM 50 f:1.5, Leica R, most lenses from the film era). Lots of blacks and whites on either side, rather than just infinitely delicate and subtle B&W. The feeling is of a lens that is slightly clinical, verging on the cold (read: like a Makro Planar). 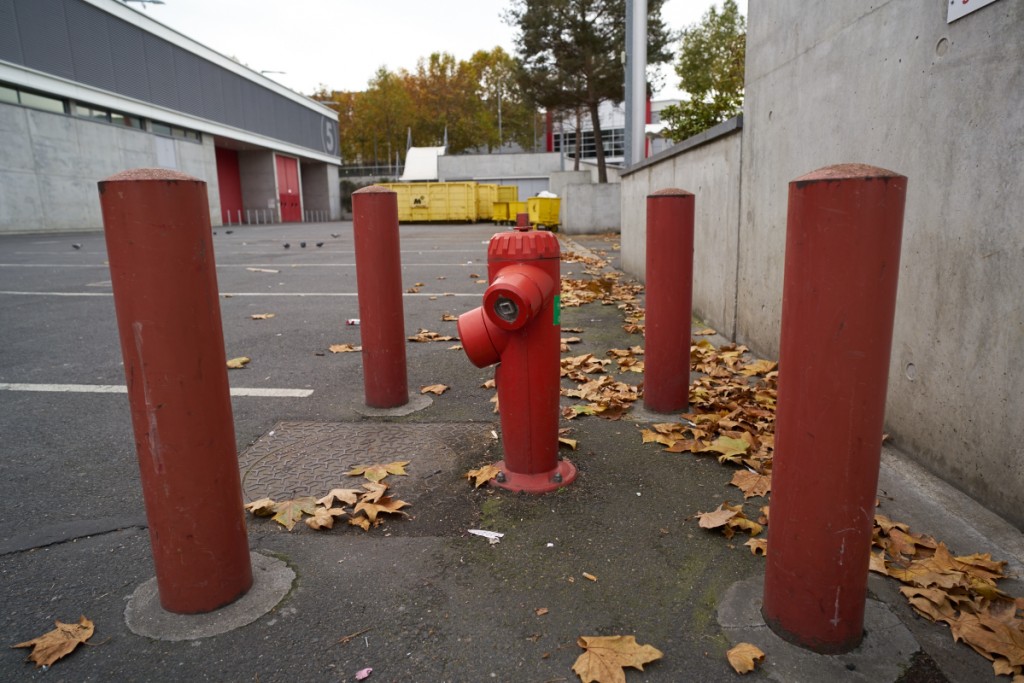 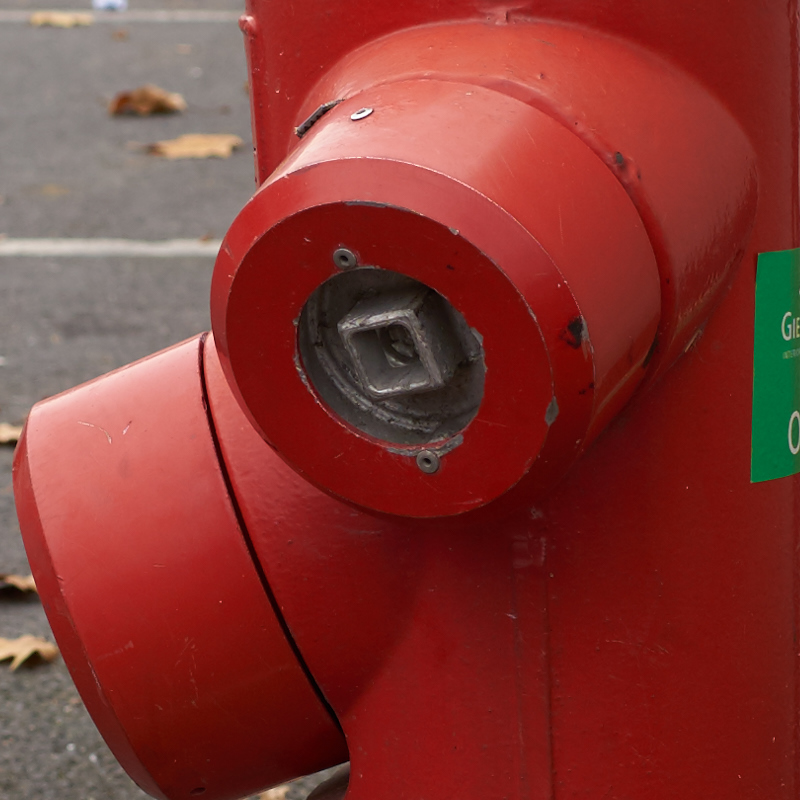 Then, as Pascal and I sat on a step munching on our sandwiches (oh what sacrifices we have to make for you, DearSusan reader!), I looked at the ground, and, in order to estimate MFD and see how the Loxia performs, I shot this leaf, and magnified the image. Wow! Great detail, great sharpness, and absolutely not clinical! remarkable short-range performance. Impressed with what I’d just seen, I then shoot a bit of tree bark. The same! Now wait… if a lens can be clinical in some cases, and not in others, then what? There can be only one answer. It is transparent. A quality I value very highly. Yes, it may not have the always-on charm of the ZM35 f:1.4 or ZM 50 f:1.5. 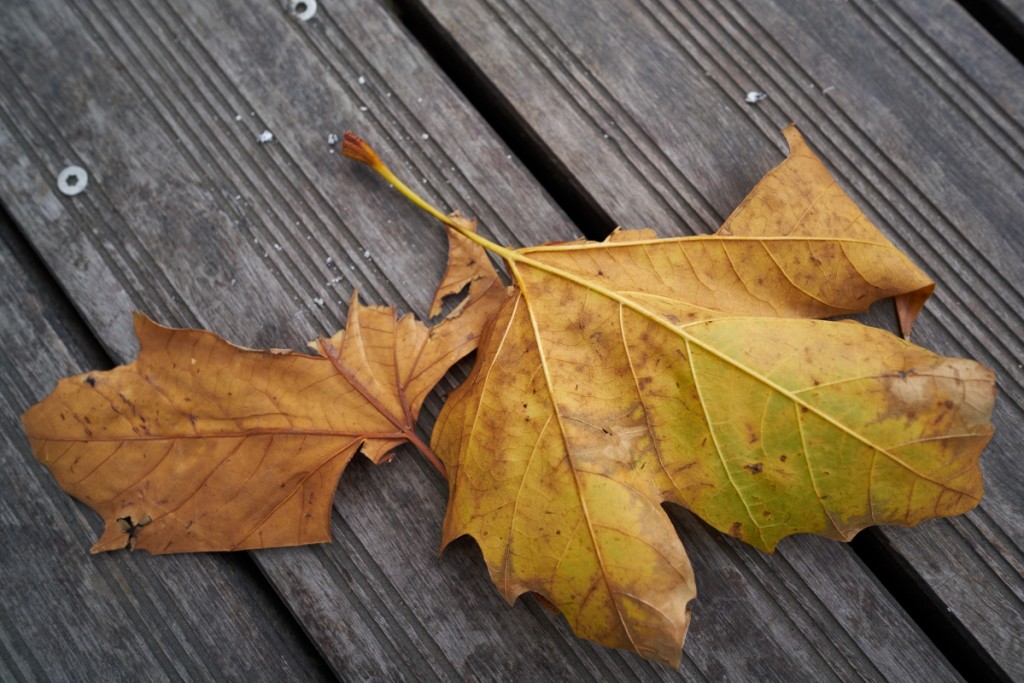 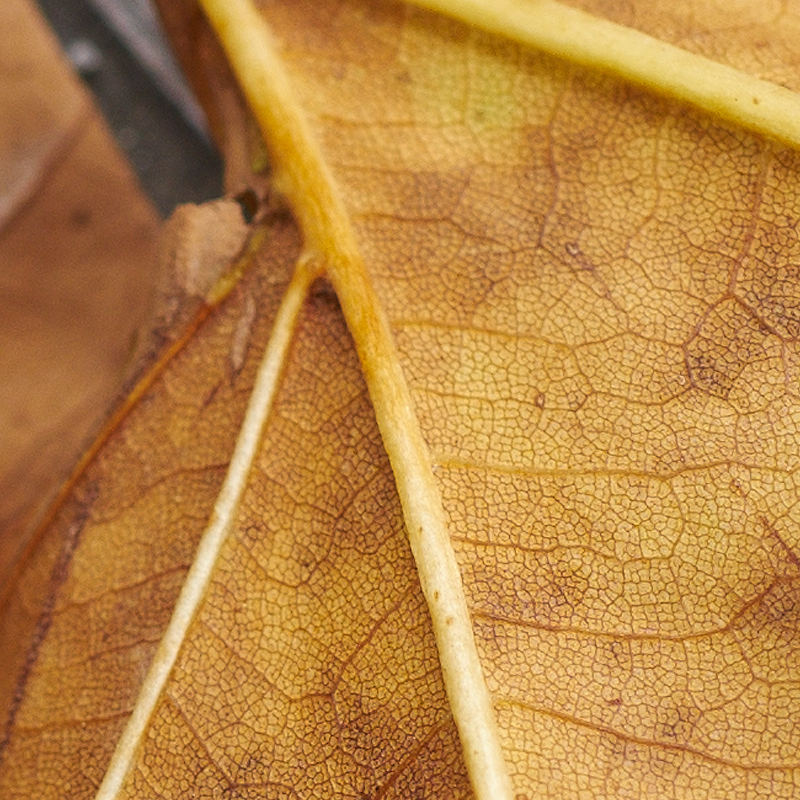 So, in a way, it is a very easy lens to use, because (a) it is so small and light, and (b) you don’t have to work around aberrations, quirks and idiosyncracies. But it also a lens that is not easy to use, because it leaves to you to your own devices. In a way, it is the opposite of a Leica Noctilux 50mm f:0.95 and other super-fast lenses (Mitakon, Hyperprime, Rayxar), where you have a “special-effects” position when you open them wide, at the expense of aberrations.

In a way, it is the next instalment in the history of Zeiss wide angle lenses. The original Distagon 21 was a landmark for sharpness across the frame. I owned one, and have fond memories and spectacular shots to show for it. Then came the 25 f:2.0. Less spectacular, less WOW! I traded my 21 for it, to many people’s surprise, because, in a direct face-off, the 25 showed it had less personnality and more subtlety, and therefore let me do more things with it. Neutrality won out, and I posit that this Loxia 21 is going further down that route. The legendary Mandler probably bristles in his grave and growls: “haven’t they learned anything from me?”, because he imbued his fantastic Leica designs with such awesome charm and personality… but at the expense of transparency and neutrality. 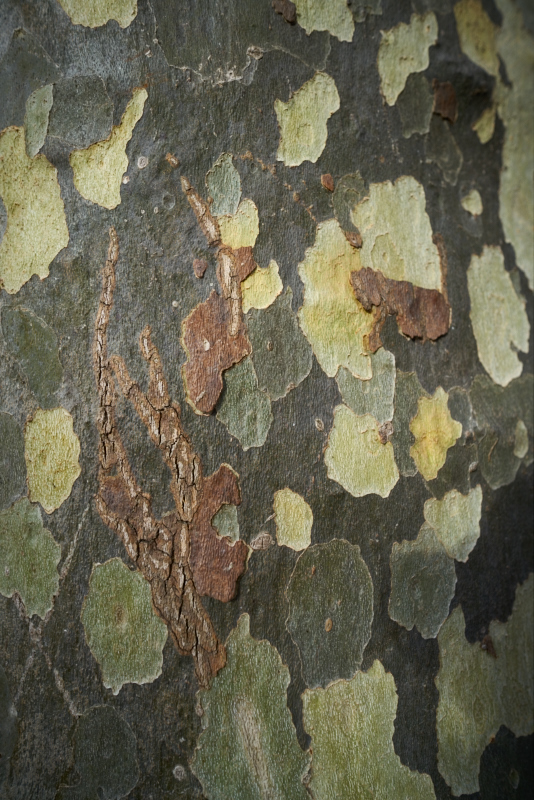 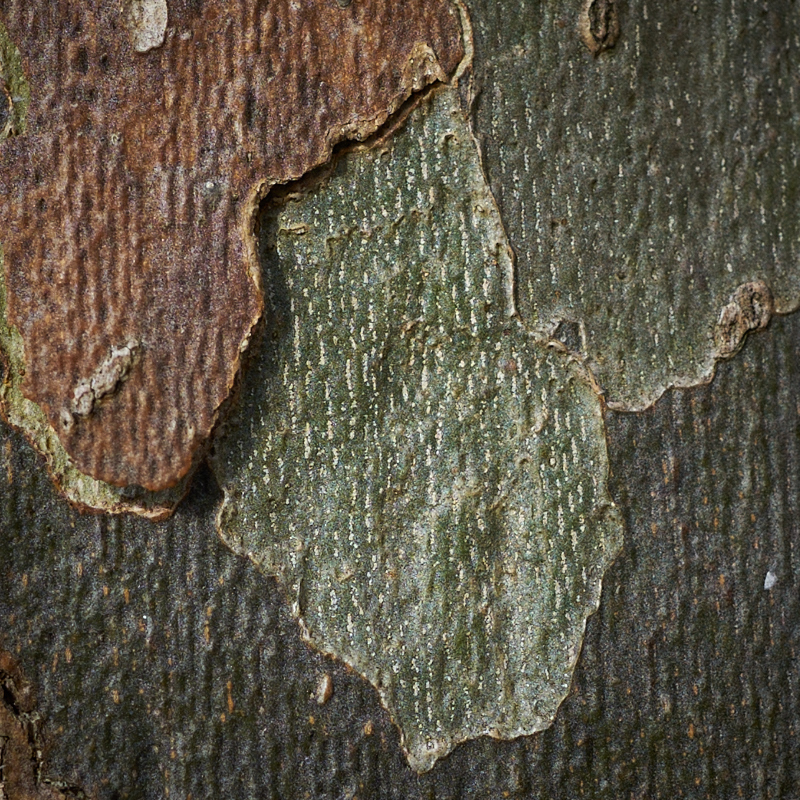 Oh, and before I sign off, as Pascal writes, this lens puts paid to the theory that you can’t design a great wide angle that is small and light for the Sony A7. I remember, a couple of years ago, when Leica were the “only” really top-end lens designer. Sure, “Zeiss” rhymed with “nice”, but not quite as upscale. The Otus twins were a nail in that coffin, beacuse their performance redefined what was/is possible. Complainers grudgingly conceded the point, but said “yeah, but Leica do it in a small format, as opposed to these Twin Towers”. Then Zeiss released the ZM 35 f:1.4, showing they could play the rangefinder game as well as anyone (you know whom I mean). Now the Loxia is one more addition to their display: small, light, transparent, great haptics, not stratospherically priced (but not cheap!). What’s not to love? 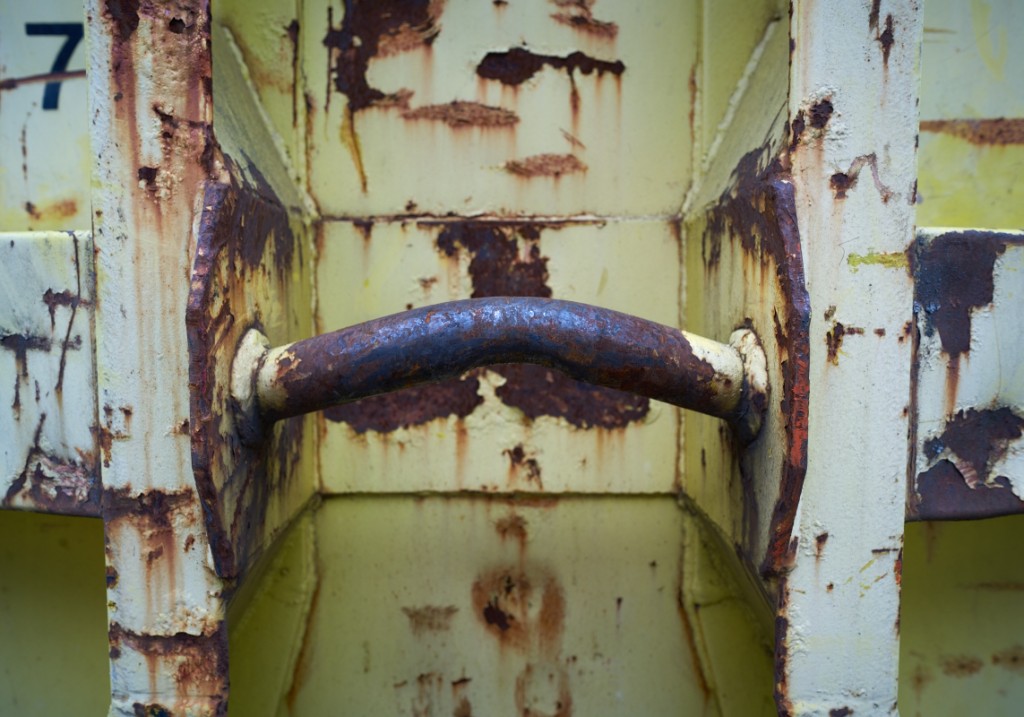