The area West of Paris called La Défense was once the largest non-metropolitan business district in the world. Hatched in the 60s, it was a cluster of skyscrapers built across the Seine river in a couple of suburban towns, outside the city, in order that the historic skyscape remain untainted. Unlikely though the concept was, and despite some rough patches, it has proven very successful, and has grown continually until now, when it is considered a pillar of regional , even national economic strength.

Photographically speaking, what can be uglier than those blind aging giants of steel and glass? Shooting them is about as thankless as working or -God forbid- living in them. Still, it is as though Mother Nature has a way of foiling the best laid human plans. Including token efforts at “humanizing” and/or “beautifying” La Défense with works of art and a few trees, there are signs of -yes- beauty everywhere, if one cares to look. When I started shooting La Défense, some years ago, I had just received my Zeiss Distagon 21mm, and I basked in the long immaculate lines of skycrapers against a clear sky. Impressive? yes. But very quickly boring, boring, boring. Such as this:

Today, my favorite lens for such shooting is a 135mm. Call it counter-intuitive. Use it as testimony that I want to transmogrify the very soul of an area I so intensely dislike. See it as a teen-age prank from someone who uses photography to vent the fact that he has never fully accepted growing up and becoming reasonable.

Of course, it is possible to begin with cityscape pictures, showing the lay of the land. Yes, even with a 135mm focused at f:2.8.

Then, add a bit of drama with some sundown shots, without a tripod thanks to fast glass and a stabiliser.

Once you are bored with those, and even in such a huge place there are only so many of those that you can do, one of two things. Try to add some variety with composition and/or selective depth-of-field.

Then, either shoot for “less-than-full-size”, or crop. 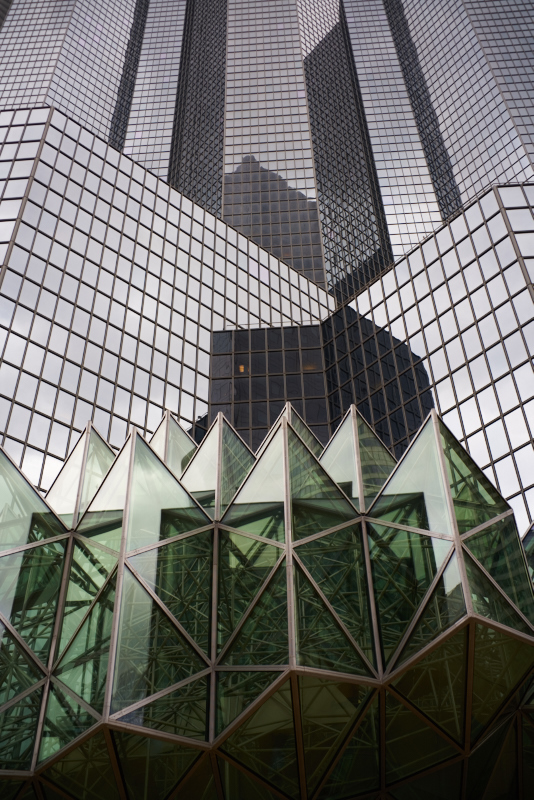 You can shoot parts of these giants that are so small that the whole is no longer recognizable and the pictures, instead, become abstracts

If you push further towards abstracts, you can even get totally unrecognizable pictures, such as this, plucked from the roof top of a giant modernistic building from the 60s: 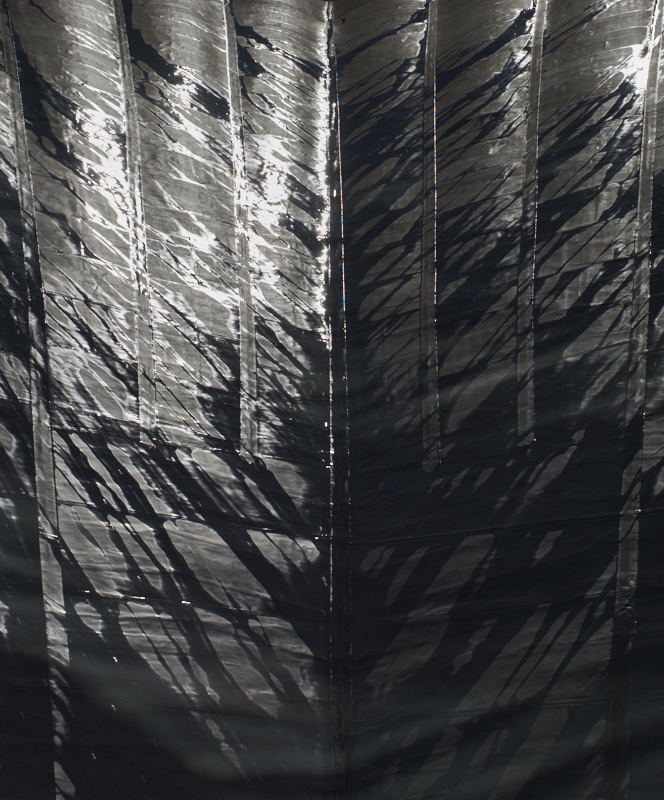 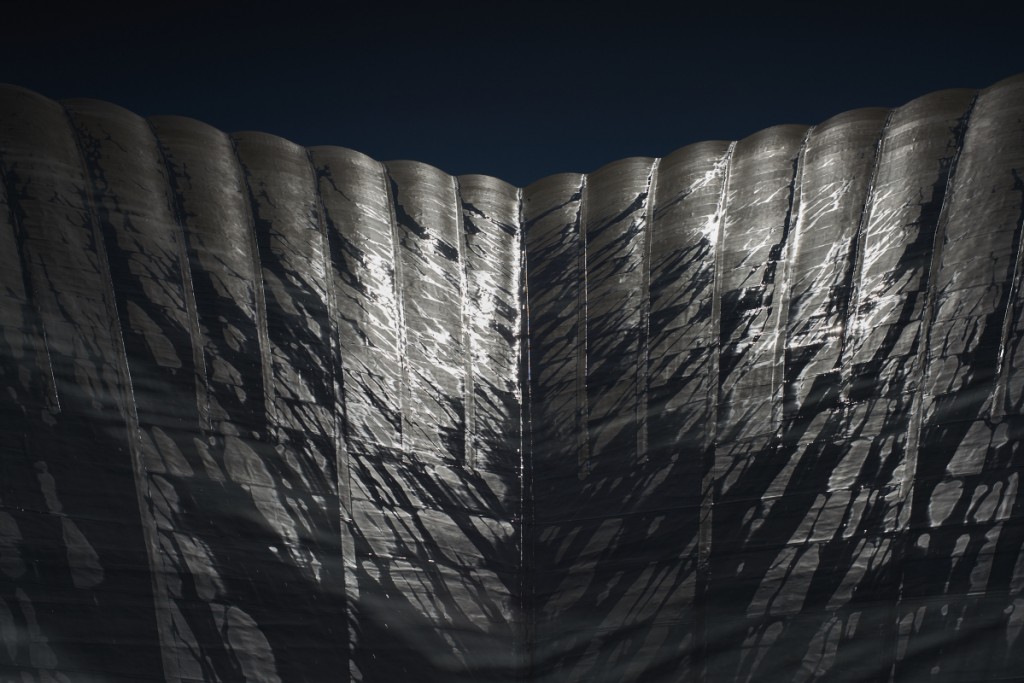 There are other ways in which one can find beauty in la Défense. One of my favorites is in the countless reflections from the vast acreage of glass

They can be large, or partial, or even small

And sometimes, less than a few acres is enough… 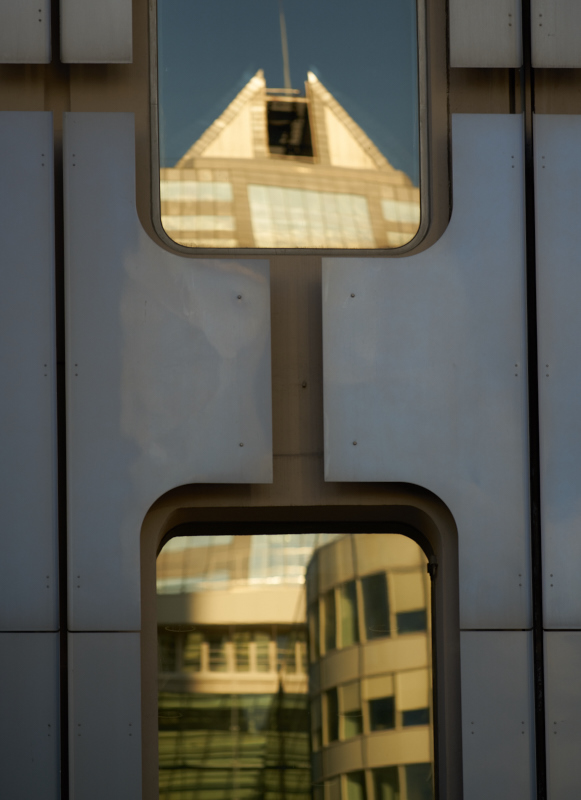 As you can see, even an area as sharply defined as la Défense can yield some unorthodox results. And, so far, I have only shown pictures of the skyscrapers. In the next instalment, we shall see some -un-skyscrapers…