In April 2015, rumours rose from the East. Someone had apparently spotted an OTUS 24 prototype on a Zeiss senior designer’s desk. Forums lit up.

A few months later, the magical number had risen to 28, and sources were now more than credible. Even since, at casa DS, it’s been a frantic anticipation of what this lens might render like. I say render, because “what the lens might test like” is a little pointless in that range. 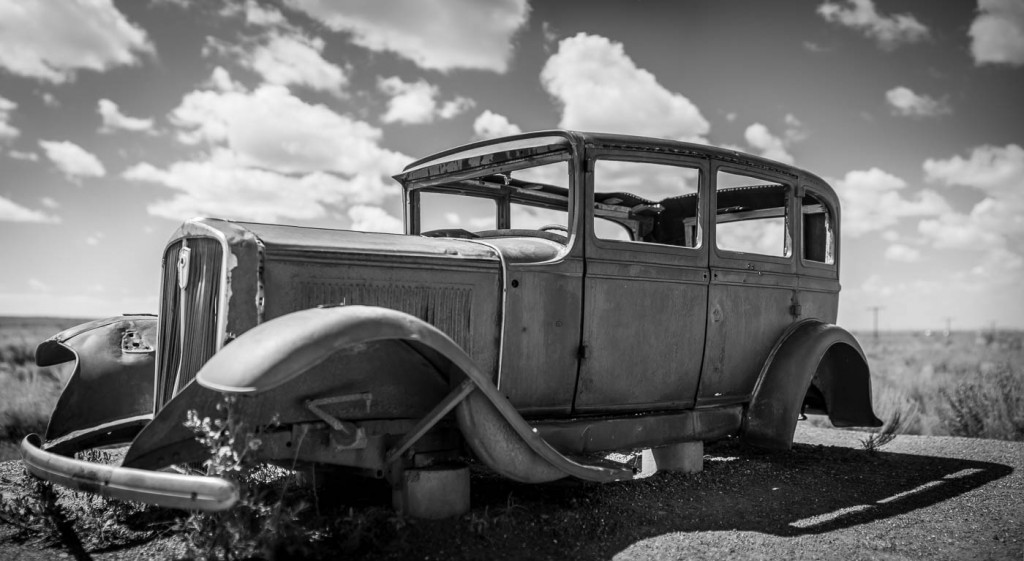 So, for the past few months, I’ve been fantasizing about this and merging photographs to simulate what I anticipate the OTUS 28 look to be. The photo above is one such example, made on the remains of Route 66, in Petrified Forest, Arizona. Wonderful place to be, wonderful old car, wonderful virtual lens.

But that will have to do, for quite some time to come … ’cause, yes, let’s begin with the bad news: as with all evolved beings, the OTUS 28’s gestation period is a long one and the lens will grace our window shops not before Q2 2016. The retail price hasn’t yet been decided but you can expect it to be every bit as eye-watering as its predecessors, possibly more.

Still, when you’ve used one of these lenses and are fortunate enough to be able to buy one, price doesn’t matter anymore. So, will the 28 be up to the very high standards of the older family members ?

Size-wize, it would appear so. And the OTUS 1.4/50 (codename Bertha, here on DS) is looking more and more like the undernourished runt of the family. 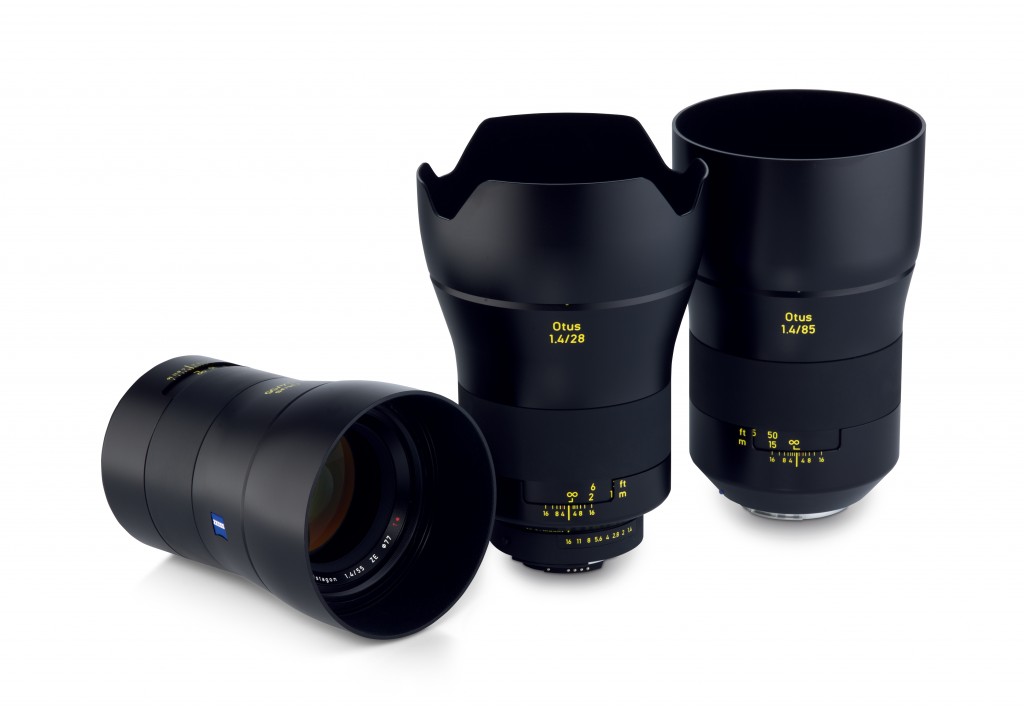 As you can see from this picture, Zeiss are kindly providing two versions of this gem: a ZF.2 photographic lens with aperture ring and a ZE decorative paperweight, without. How thoughtful. 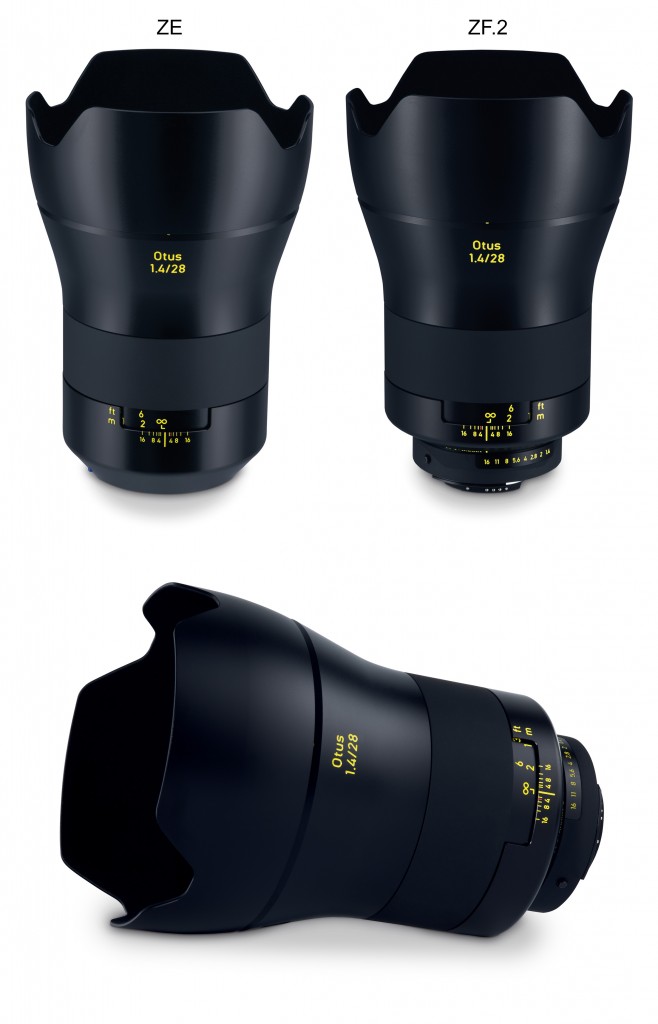 Joking aside, here are some specs to ponder.

One of the lens elements has an aspheric optical surface and one element is aspheric on both sides. Eight other lens elements are made of special glass. The basis of the optical design is a Distagon. The special glass has anomalous partial dispersion, as is typical for an apochromatic lens. This corrects the longitudinal chromatic aberrations superbly, which therefore lie considerably below the tightly defined boundaries.  Bright-dark transitions in the image, in particular highlights, are depicted almost completely free of color artifacts. The floating elements design (the change of distances between certain lens elements when focusing) allows for unrivalled imaging performance along the entire focusing range, from 0.3 m (11.81”) to infinity. 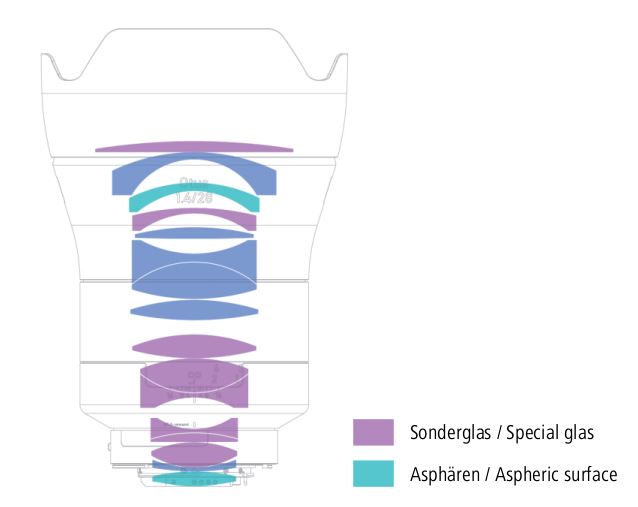 The minimal working distance is 15cm !!!!!!! This promises a lot of strong compositions in the hands of creative photographers and should be great for product photography as well, if a 28mm lens appeals to that crowd.

The MTF curves are, well, OTUS like. They are more similar to the 1.4/55, with which the 1.4/28 shares the Distagon optical formula (in fact, although chronological causality suggests otherwise, the OTUS 1.4/55 actually uses the OTUS 1.4/28’s wide angle formula rather than a conventional 50 formula), than to the 1.4/85 Planar. Very slightly inferior to the 1.4/55 at full aperture, very slightly superior at f/4. So close as to probably be identical in the field.

So we’re on very familiar grounds here and anyone used to the OTUS 55 can expect a virtually identical, but much wider, lens. Which means a progressive shift from sharp to out of focus, and significant structure and 3D in the bokeh, compared to a more brutal transition in the OTUS 85. Great neutrality and colour fidelity, controled contrast and an image field flatter than pre-Magellanic Earth. 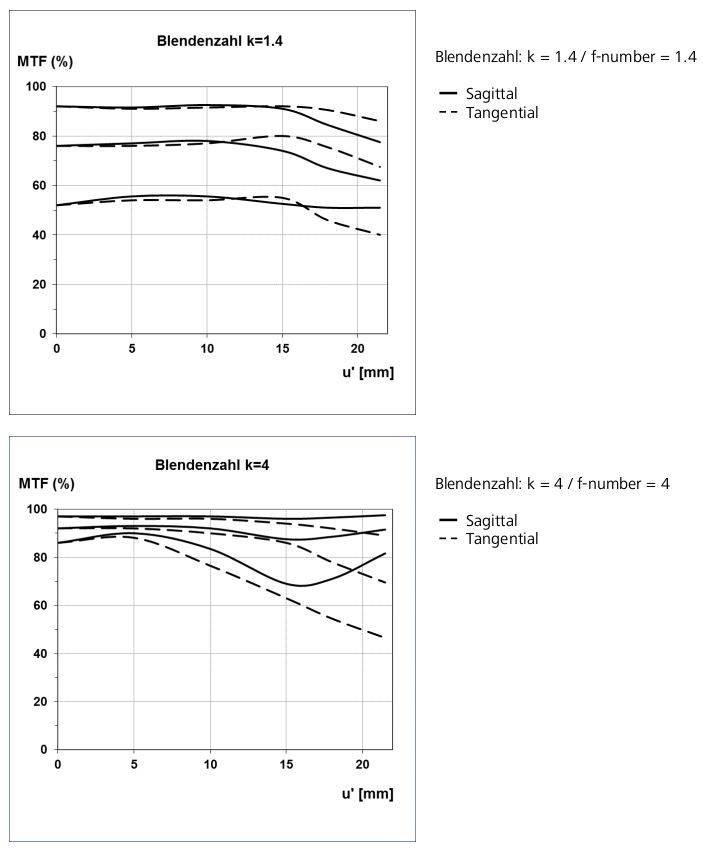 More and more portrait photographers are using wide angle lenses for their work and this one should be splendid for this application. Landscape photography? Definitely, if you’re not hiking too far with 4 other lenses. Architecture? Yes, please. Street might be pushing it, but I’ve shot quite a bit of street photography with an OTUS 85, so why not? 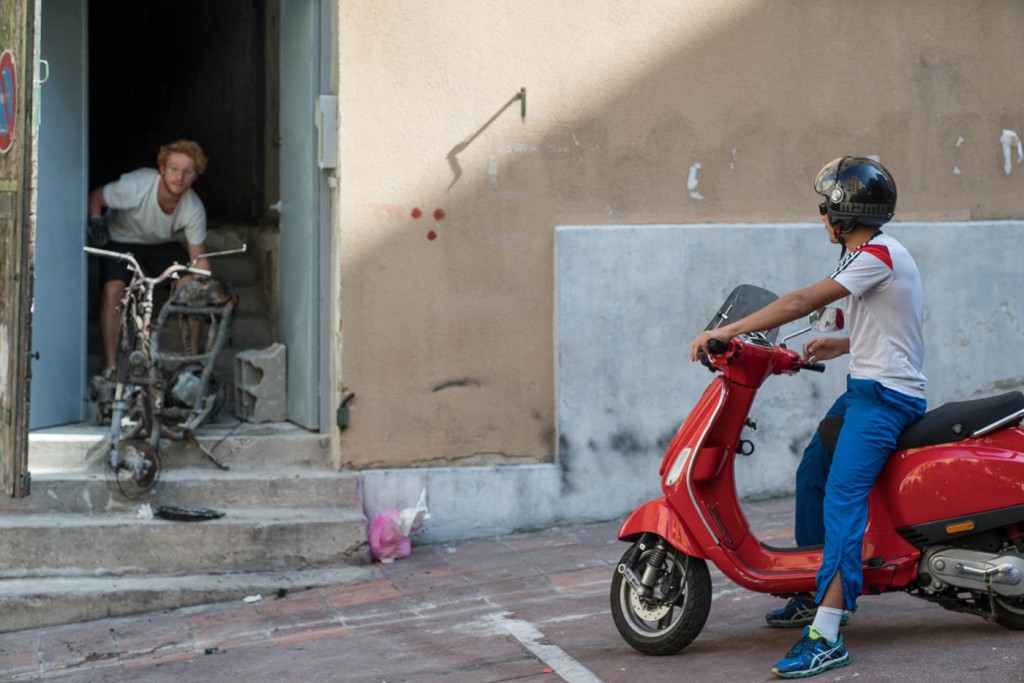 Because you’re likely to want one badly if you’re ever silly enough to try it. This will be a heavy and expensive beast that you won’t be able to take off your camera, once mounted. A statement lens for Zeiss and  a once-bitten-forever-smitten wide-angle, or 28 good reasons to run away, while you still can.

So, will you be joining the queue ?

NEW: Signup for DearSusan’s new tutorial on lens testing in the field. 7 aberrations explained plus tips on how to test for them and how to fix their effects in post-processing. It’s totally free and totally awesome 😉