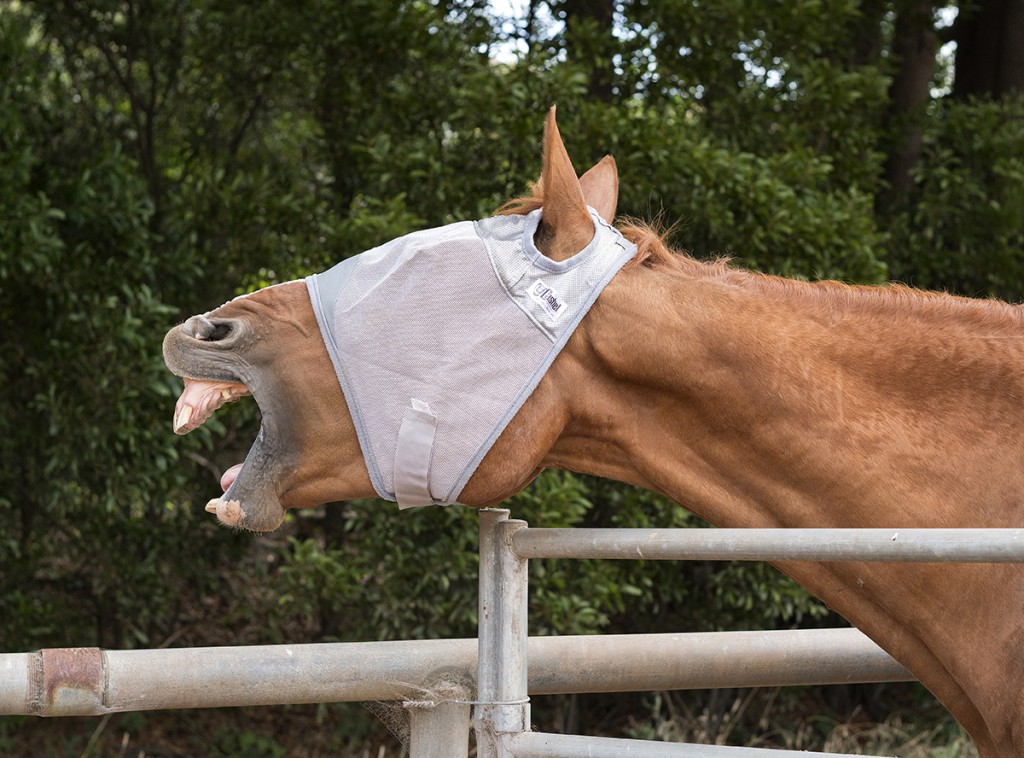 Unlike many reporters, I had never previously used any Sony camera, nor do I own a single “legacy” lens. I tend to sell off systems I no longer use to help defray costs of the next, but in fact I have never owned anything better than a Canon aspheric prime, unless you count the Linhof Technorama that I had for a time in the late 70s. And, unlike most contributors on photo blogs, I am less interested in what the image looks like out of the camera than how it meets my needs to achieve the result I imagine as a print when I click the shutter. 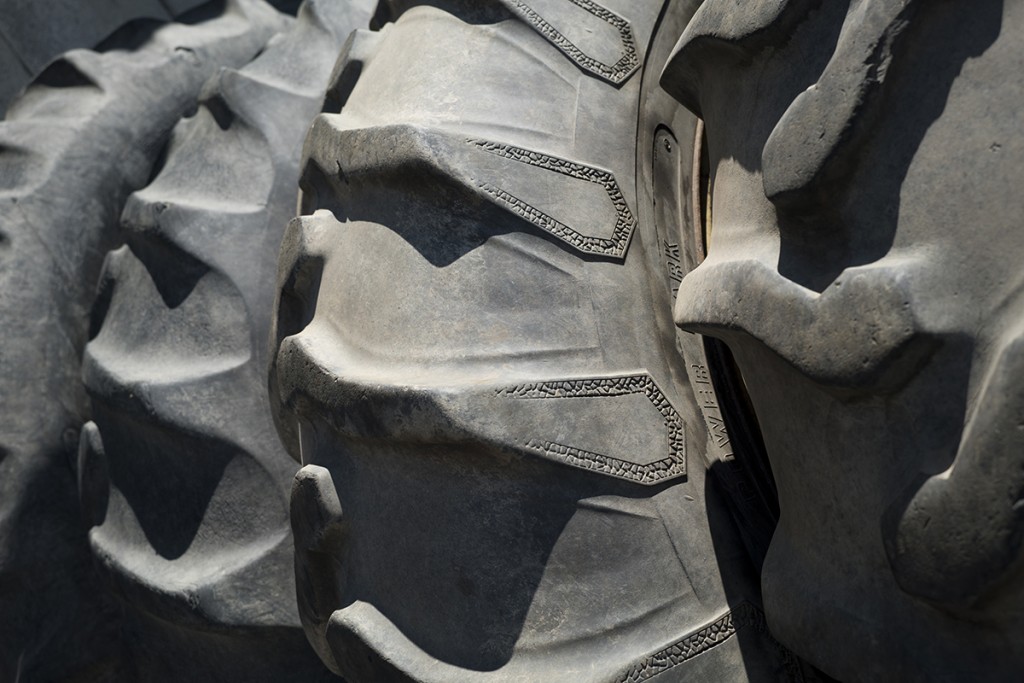 By this time, Dear Susan readers don’t need to see more pixel-peeping images of the a7R2 in order to make up their minds about the camera. In any case, it’s not my interest. Instead I hope you will be entertained by what I do with those images. My one rule being that I do not add things from other sources to the image, save in stitching, only remove, and that my principle manipulation is contrast. 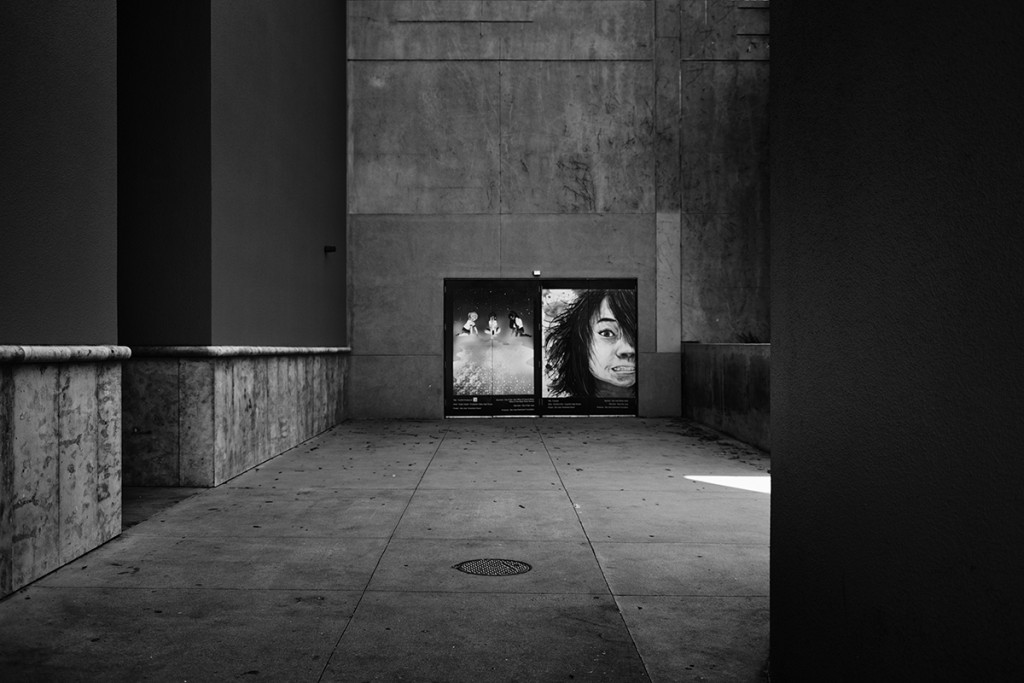 What I had hoped for this camera was that the sensor and dedicated Zeiss lenses would give me enough latitude and resolution for the kind of work I do in post-processing. Since I do not use a tripod nor do I bracket my shots (out of laziness, I assure you), I need to able to obtain everything I need from the image transferred onto my card. With previous cameras and lenses, I was usually satisfied with what I could achieve in terms of IQ, what qualms I had being convenience and flexibility. 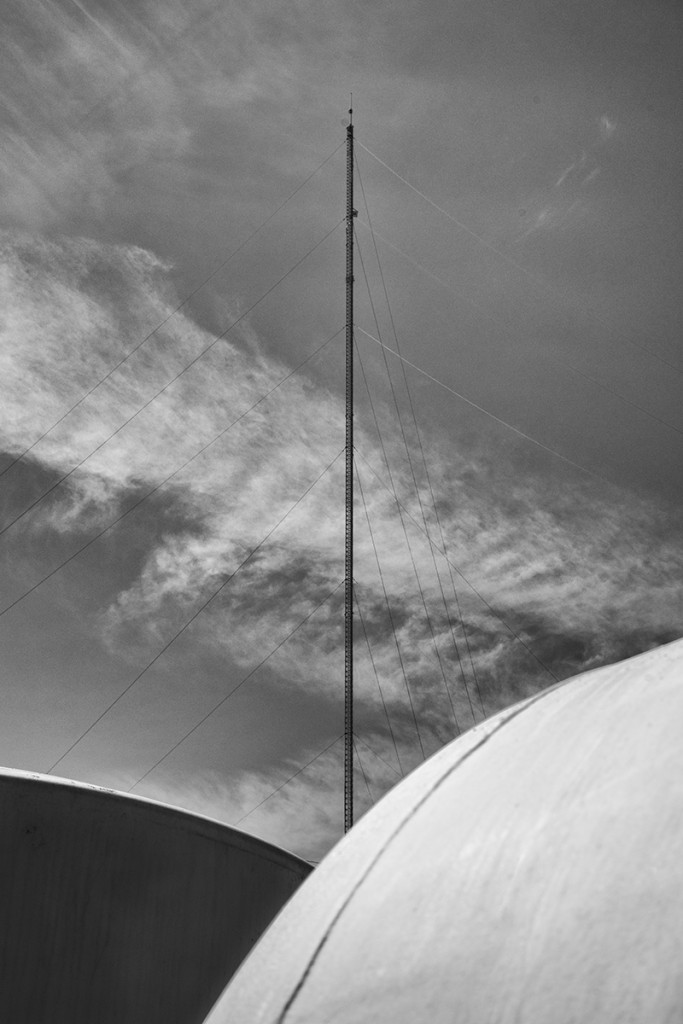 After spending two years plus with the Sigma DP Merrill cameras, I soon understood the advantages of visualizing and composing with prime lenses rather than zooms and how they require of me a certain discipline and attention that zooms do not. I have often said that any picture I took with my Merrills I could just as well have shot with my Canon 5D2 – point being that the shot wouldn’t have occurred to me with the Canon and the zoom lenses I was then using.

It was much the same for me when I composed music in my college days: always by commission for performance, never because I had ideas in my head that required expression. The medium, whether string quartet, vocal recital, brass choir, piano, carillon or women’s choir, provided both challenge and inspiration. Ditto whatever camera I am using and whatever walkabout I am on that brings the two together.

I sold off my Merrills in January of this year in anticipation of this very camera – like the a7R, but with greater latitude and quieter in operation. As we now know, the a7R2 is much than this. I absolutely LOVE: the weight, size & balance, build quality and location of the various buttons, once I sorted out what they were and how to use them. The Zeiss Loxia lenses (35 & 50) are perfect matches to the camera – and I find both useful despite their focal proximity. The EVF is awesome, as is ease of focus (presently both of my lenses are manual focus.) Images are excellent. No misgivings there, so far. 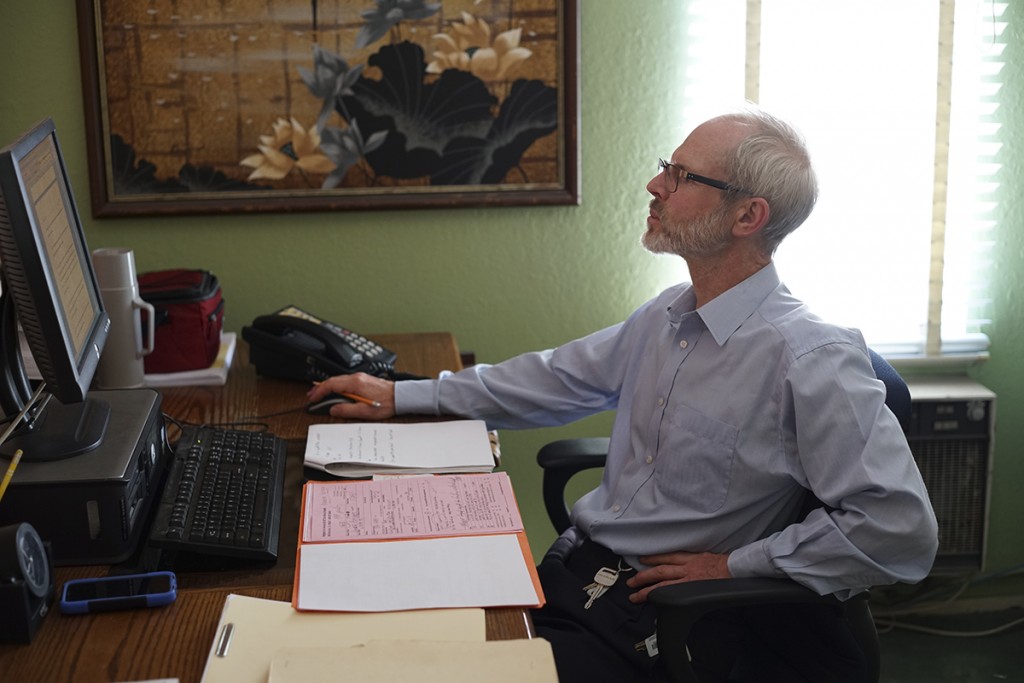 Color is very good (as we can see in the shot of my friend Graham at his workdesk, a frame I mistakenly, but revealingly, shot as a fine jpg instead of RAW), though accurate color is not to me as contrast. Latitude is phenomenal in both directions, especially the dark end. My basic mode of operation is Manual with Auto ISO from 100-3200, which is plenty wide enough for my purposes. 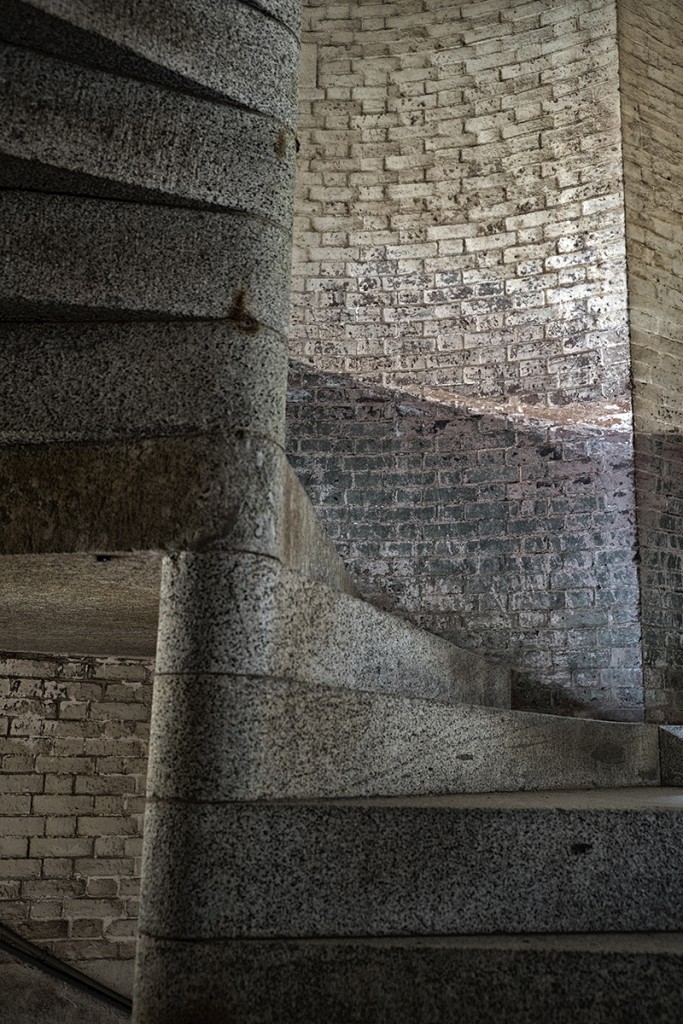 My “default” shutter speed is 1/1000, with an aperture of f2.8~4.0. If I were using longer lenses, I would likely shoot wide open if the lens were good enough, but at focal lengths of 35 and 50 mm, I prefer more, not less, depth of field. Since I do not generally shoot moving targets, my need of fast shutter speeds is entirely used for its stabilizing effect. If I’m indoors, I find the camera’s in-body stabilization very effective. 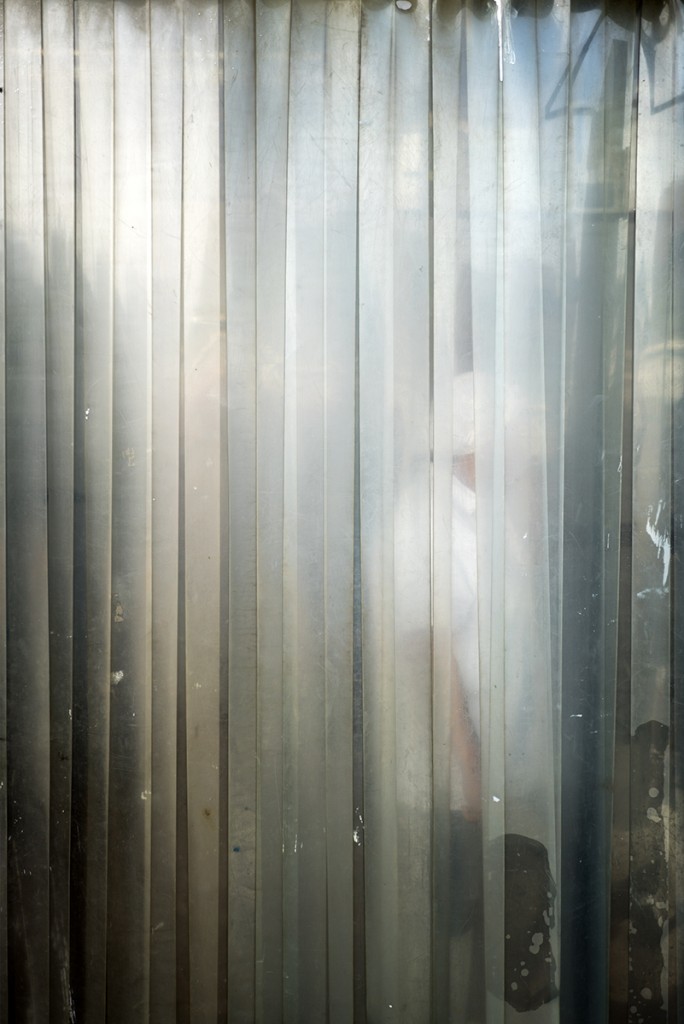 The camera’s greater resolution, latitude and pixel depth, if I may, makes workflow not only easier, but more accurate. I really can’t get over how much more there is to work with. I use Adobe’s Content Aware fill a good deal, so all those extra pixels come in handy. Up until now there has generally been a good deal of work to do to clean up the residue. Hardly any now.

I worried I would not be able to trust the a7R2’s in-camera stabilization, but I find that 1/60 to 1/100 sec for the two Loxia lenses is not only sufficient, but jaw-dropping. Check out the bedspread in this shot at the Fort Point museum: I am standing more or less in the dark, while the room is lit only by two slivers that pass for windows. 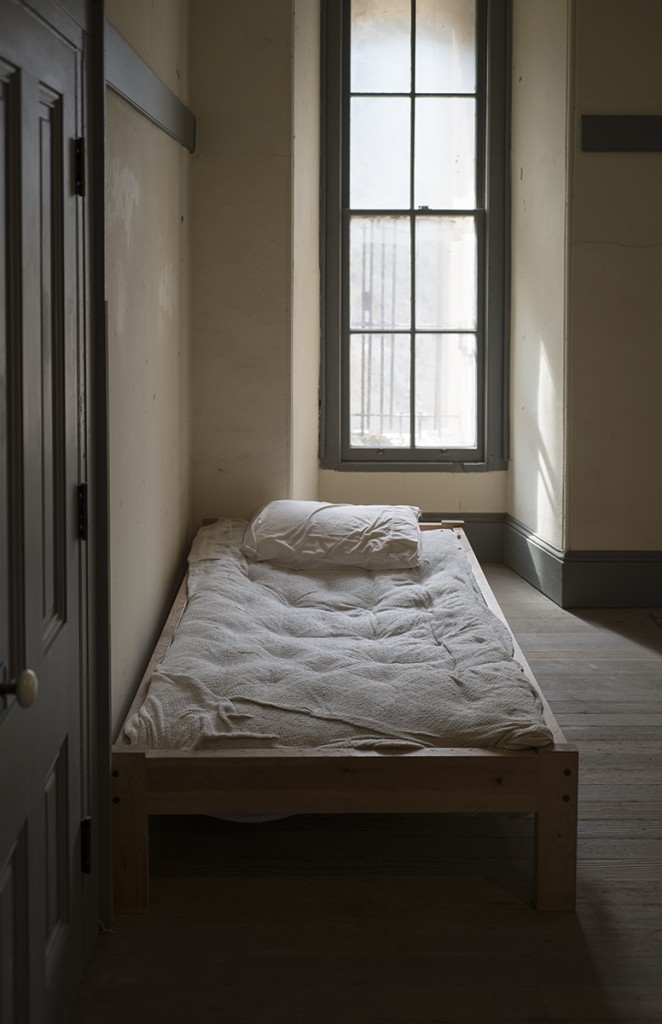 Over the course of the past two weeks since I’ve had the a7R2, I encountered considerable frustration, partly due to my general inexperience with Sony cameras, but also the lack of on-line tutorials that might address my questions. I had heard about Sony’s near-useless manuals – in this case, little more than a litany of features – but I had to see for myself just how braindead their writers are. For example, once I realized to my astonishment that the camera itself has no designated shutter button, I rushed to the manual only to learn that I can designate this or that button for the job, while it stubbornly refused to tell me how to do it. 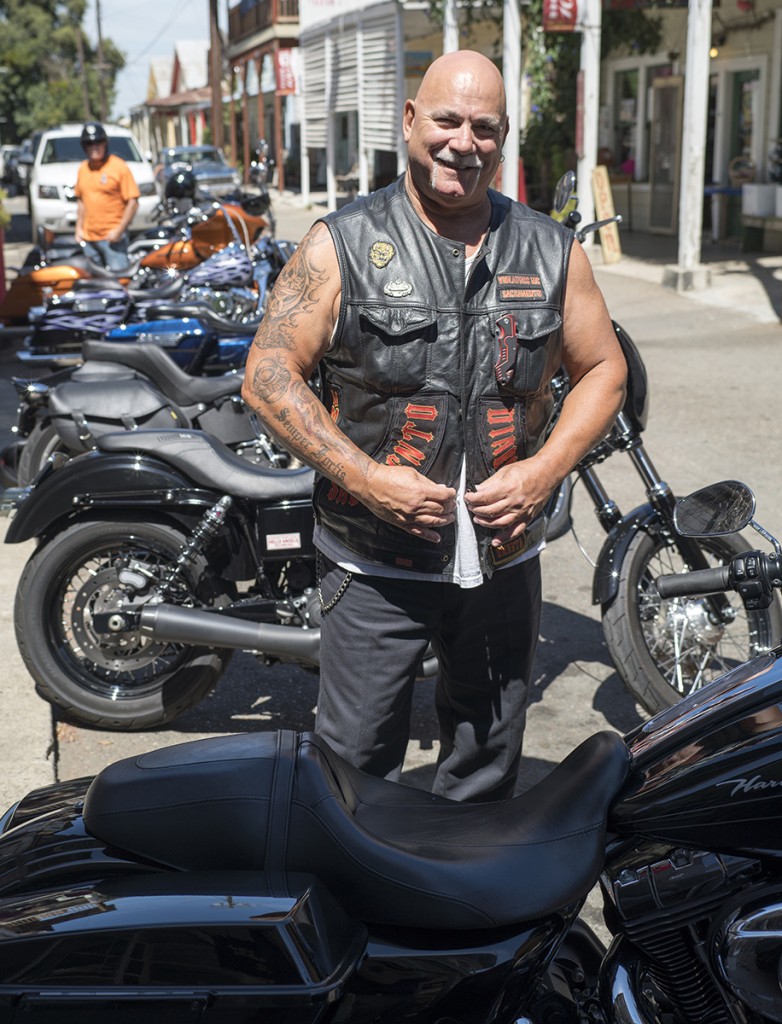 The manual is also mum on how to use Sweep Panorama and its limitations, and says even less about stabilization – e.g. when you can use it or when you can’t. It took me a day or so to sort out exactly how useless is the camera’s Sweep Panorama mode. I get as good or better results with my iPhone, limited only by its single focal length. But there is an alternative – one that I could not have relied on, or even though of. . . until now. At first I thought that if I required high-res files, I would have to use the old tried & true method of shooting one frame at a time, carefully aligning and overlapping as I went. If you are hand-holding, as I do, alignment is even more important. 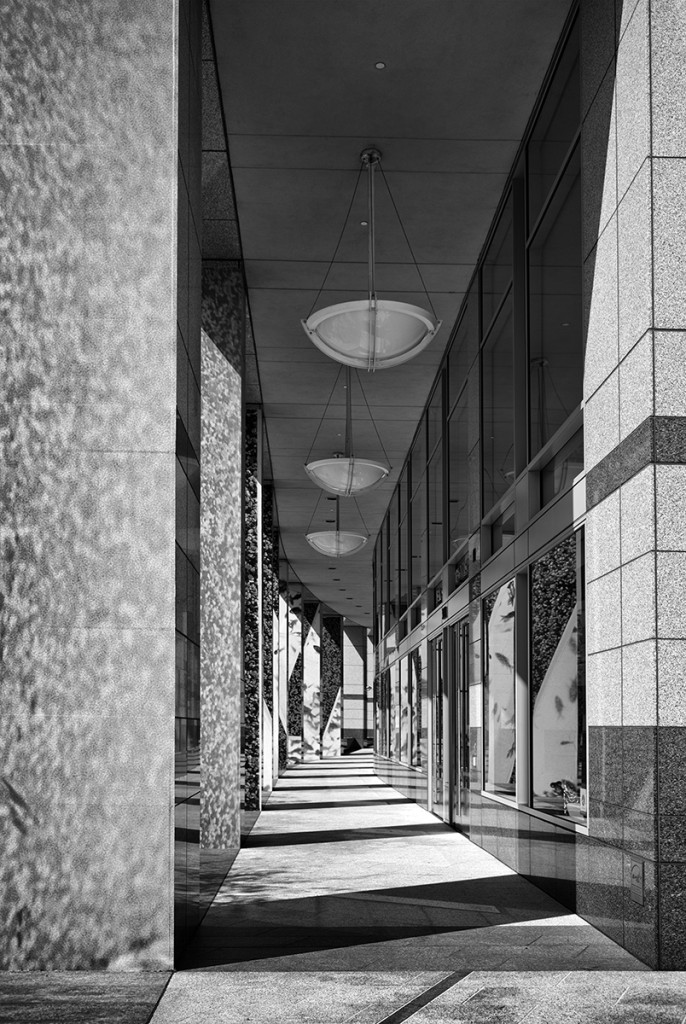 Then it occurred to me that the a7R2 can maintain RAW capture while in Continuous Shooting Mode for at least 25 frames (as is the case in this experimental shot here – alas, I misjudged both my point of focus and DOF), and has the advantage of not having to pause between shots, which is where hand-held alignment usually goes to pot. I usually lost 10-15% of my frame this way. Not so in Continuous Shooting Mode – where its advantage is its only disadvantage: the camera being in motion throughout the shot, and thus requiring very fast shutter speeds to overcome the movement. In good light there is no reason why one couldn’t squeeze 1/2000 out of the camera with no ISO difficulties. (I calculated later that in best light: 1/2000 sec @ f/4.0 & ISO 125.) 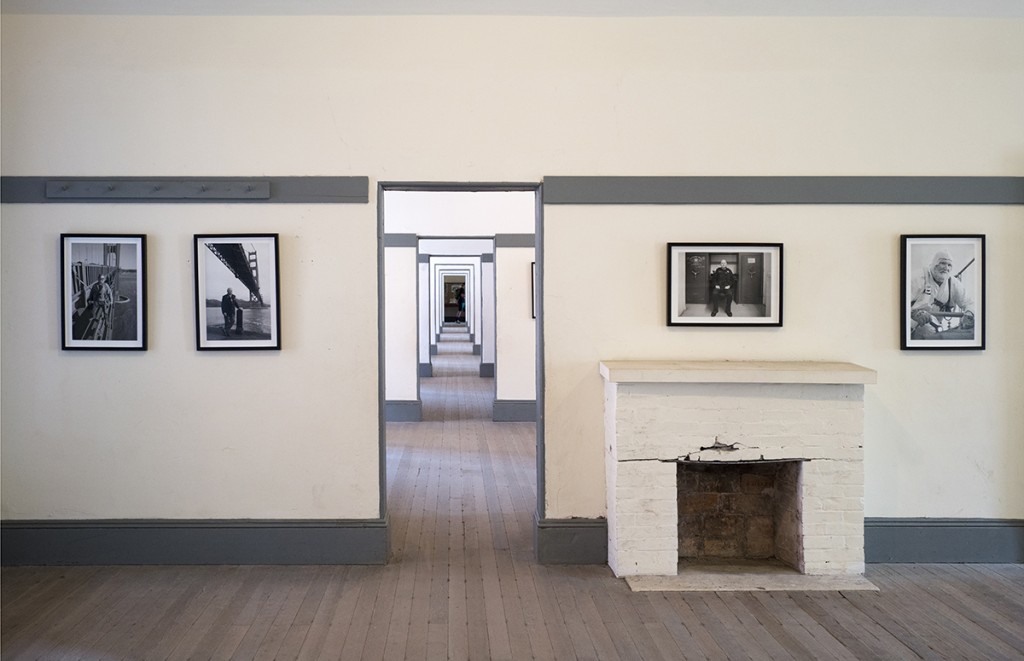 So, while I’m on WTF! issues, I should declare that in my 15 years shooting with digital cameras, I have never attempted to shoot pictures without a memory card – which is not to say that I haven’t tried. . . inadvertently. But with the a7R2, it is entirely possible – yeah, even likely, if you rely entirely on the EVF as I do, to click merrily along and not know you don’t have a card in place. Oh, there’s a warning all right, but it’s subtly placed above the frame that you could easily miss it. I did, for 30-odd shots before I noticed it. It’s easier to see on the LCD, but still: a warning should be just that; a WARNING! in neon lights and alarms going off. Not so here. Be Warned. 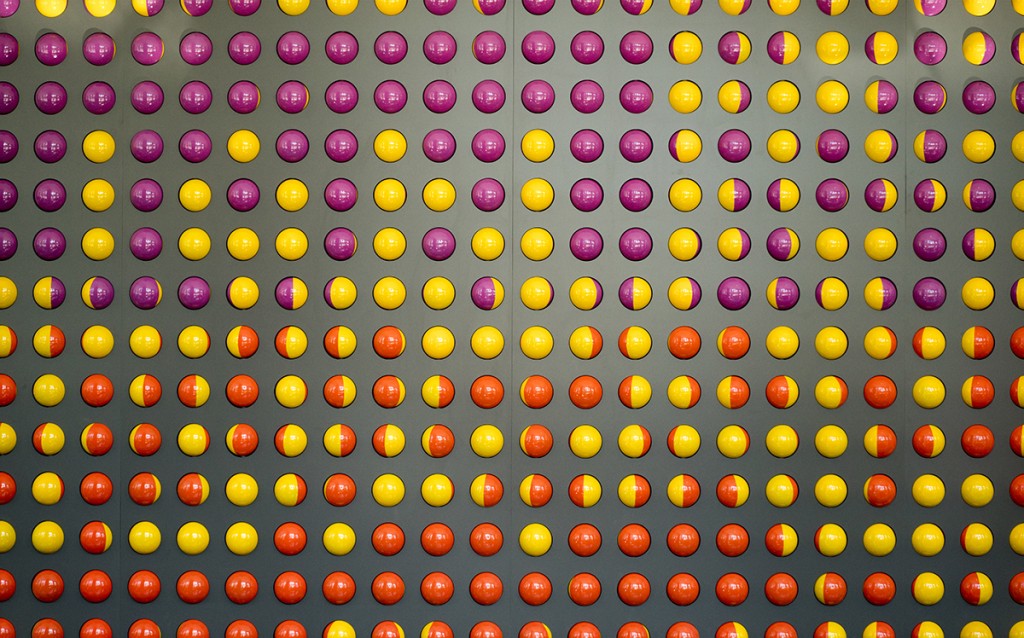 There remain a few assorted puzzlements, but nothing that affects my performance with the with camera. For example, why are the Tiff files six times larger than the RAW files? And why isn’t steady-shot information listed in the EXIF? Aside from such niggles, I am ready to settle in for the honeymoon, seeing as how I’ve already bought the ring.