To me, the concept of travel photography is inseparable from architecture. Just as much as the local food and music, local architecture tells you a lot about the area you are visiting and photographing architectural landmarks make your travels that much more interesting and of lasting impact. 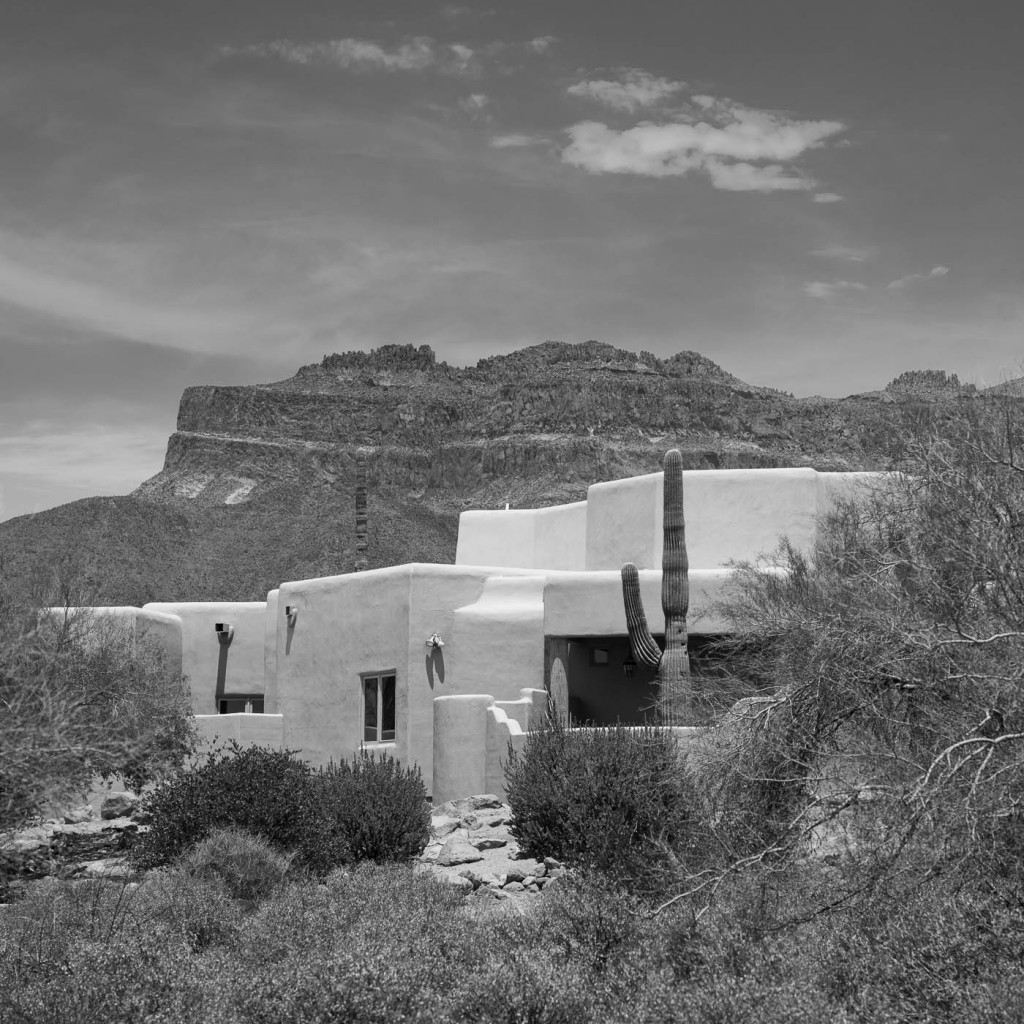 That game is particularly fun to play in Phoenix, Az, as there are many sources of inspiration to follow.

Many private houses in the Phoenix area are beautifully integrated in the landscape, blending into it through the use of earthy tones and by incorporating the local vegetation into the global design, new Pueblo style. 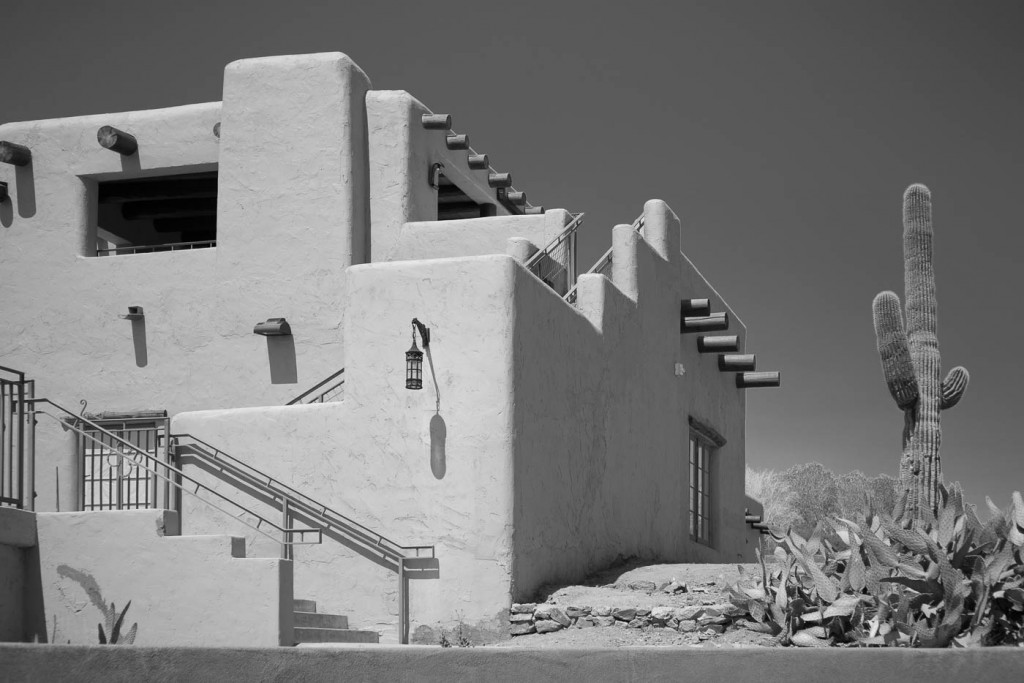 Many shopping malls, health services and many companies follow that school of design as well.

Most Historic centers have inherited their own design codes from early “Western-style” settlements or art deco and provide some interesting variety. 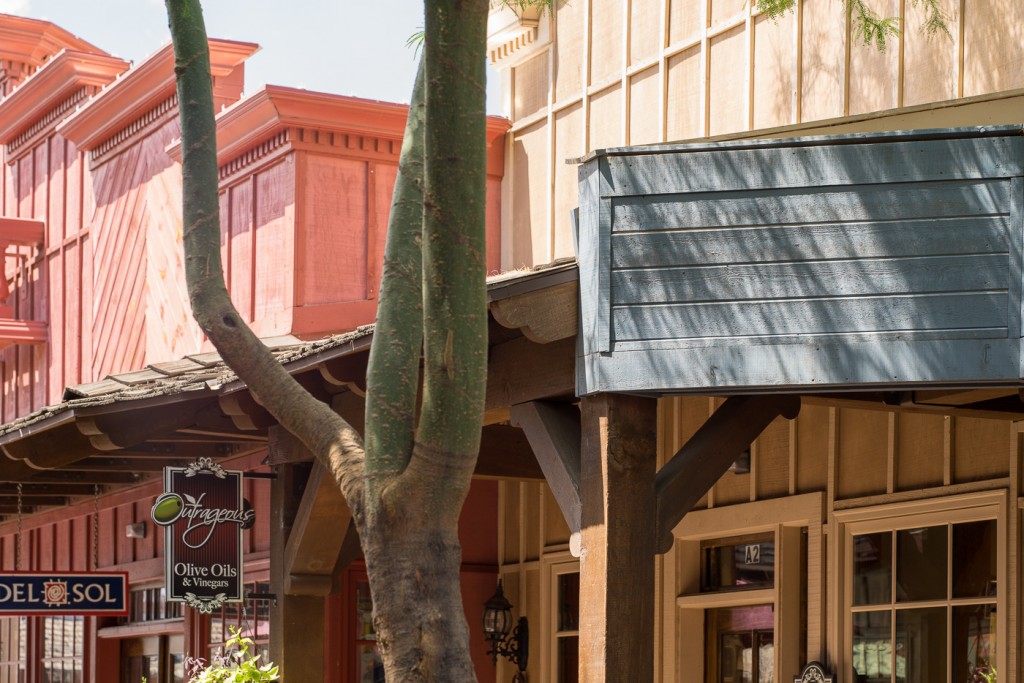 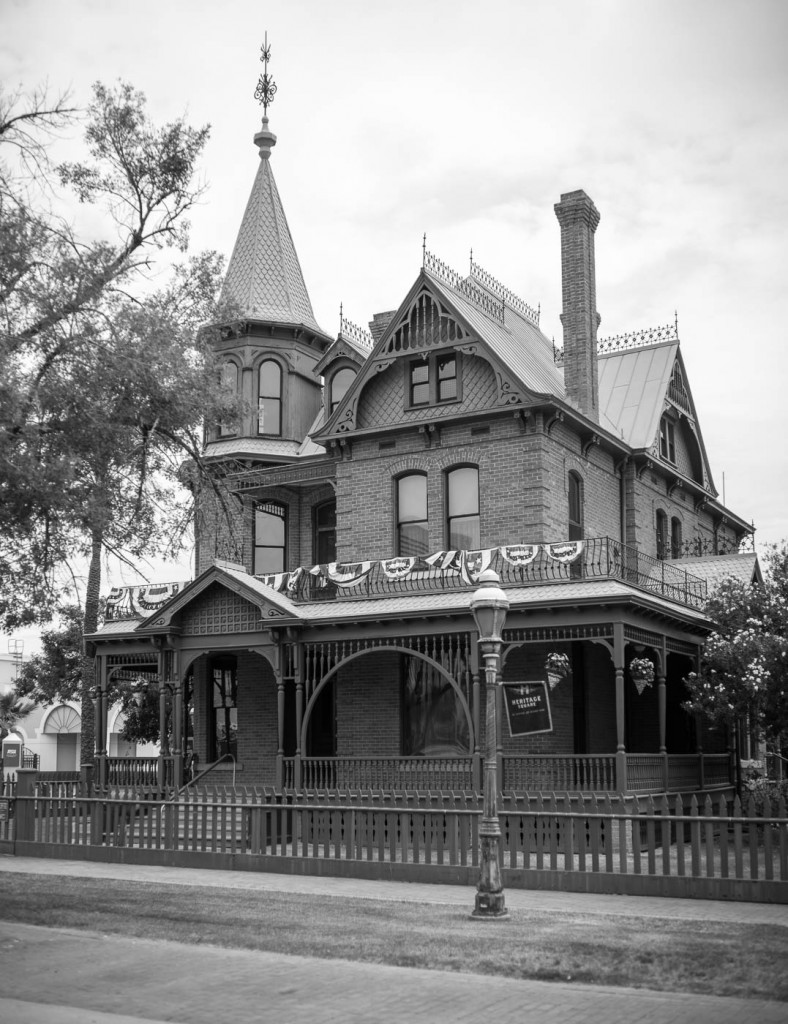 But Phoenix’s architecture is not just inspired by its heritage and natural environment and the city has been the playground of numerous high-profile architects. I mentioned a few in a previous instalment on photographing East-Phoenix’s architecture, but let’s dig deeper into the great potential of the Frank Lloyd Wright legacy that is so rich in this amazing city.

Taliesin West is an obvious Wright landmark in North-Scottsdale. Various tour formulas are available on site to learn about the architect’s life and work. And even the free areas allow you to make very interesting photographs. 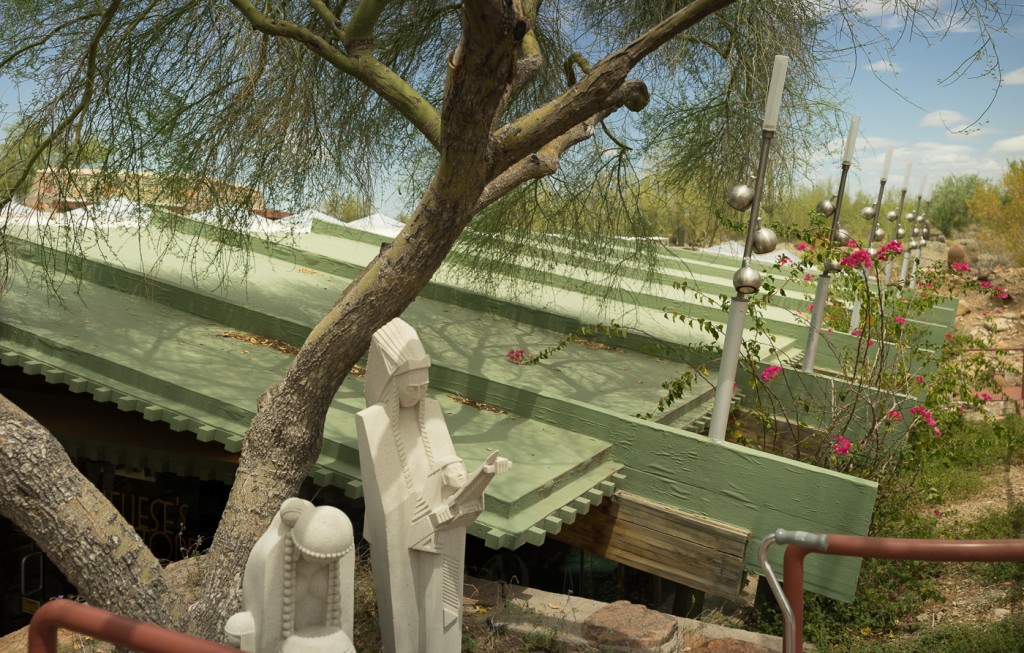 Also a must see, that I didn’t (drat), is the David and Gladys Wright House in Arcadia, Phoenix. Judging by the website, the house looks fantastic at night.

Now, Phoenix is nowhere near as rich in Wright-designed homes as Los Angeles. But its lineage is very interesting and the master’s inspiration lives on through the works of several of the students her mentored. 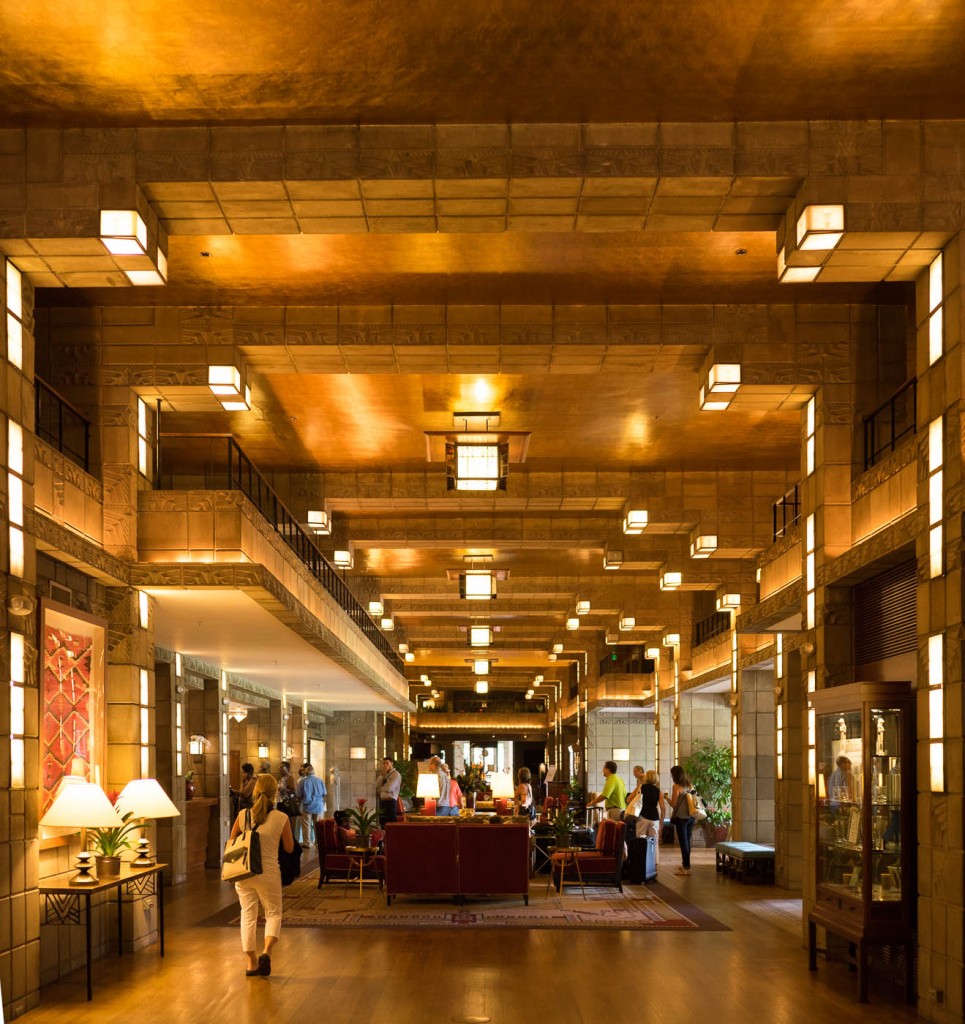 Oh, this is a doozy. 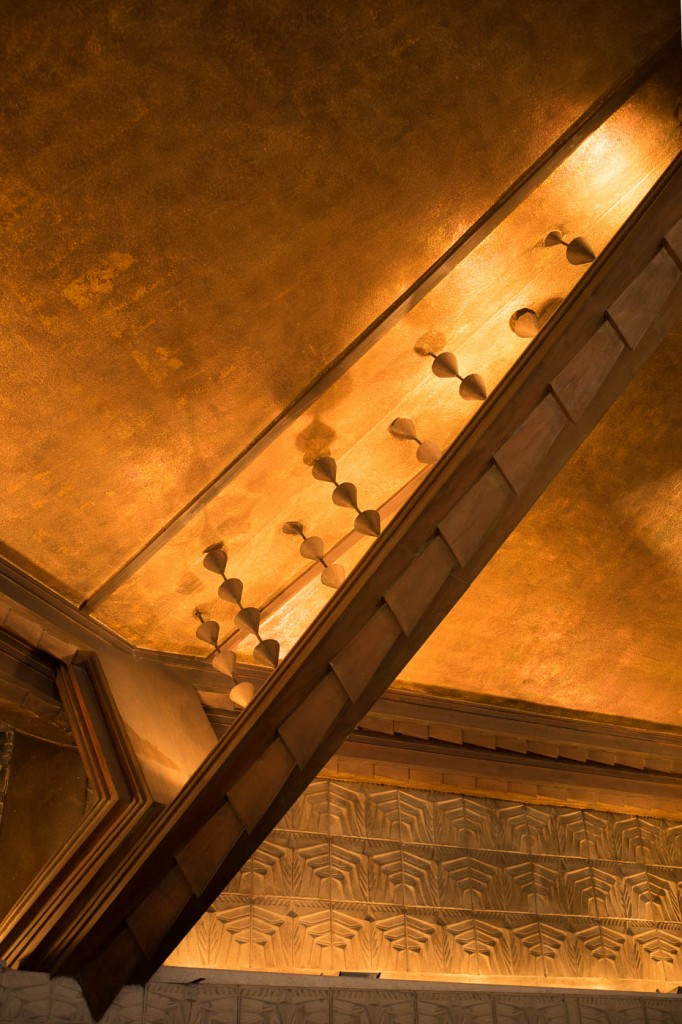 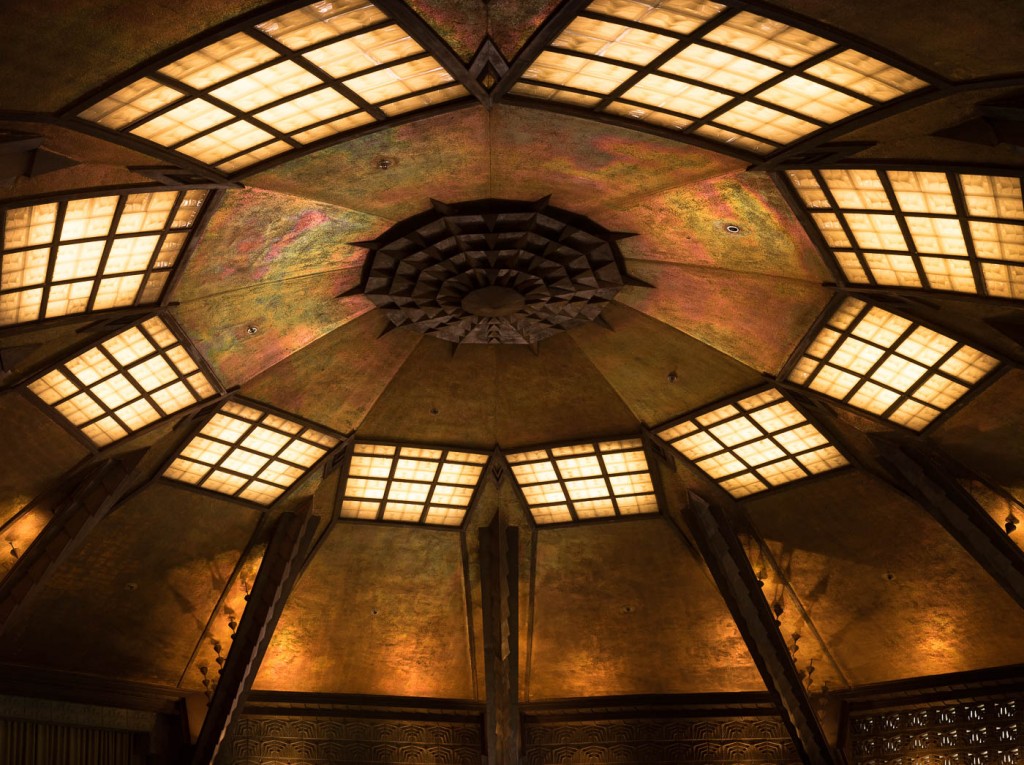 The upmarket owners (Hilton’s Waldorf) maybe wouldn’t approve of my choice of words, but for a photographer with a teenage passion for Wright, it sure it a doozy. Short of Hyperion’s Fallingwater and Blade Runner’s Ennis House, it can’t be beat. Not even by the Guggenheim. 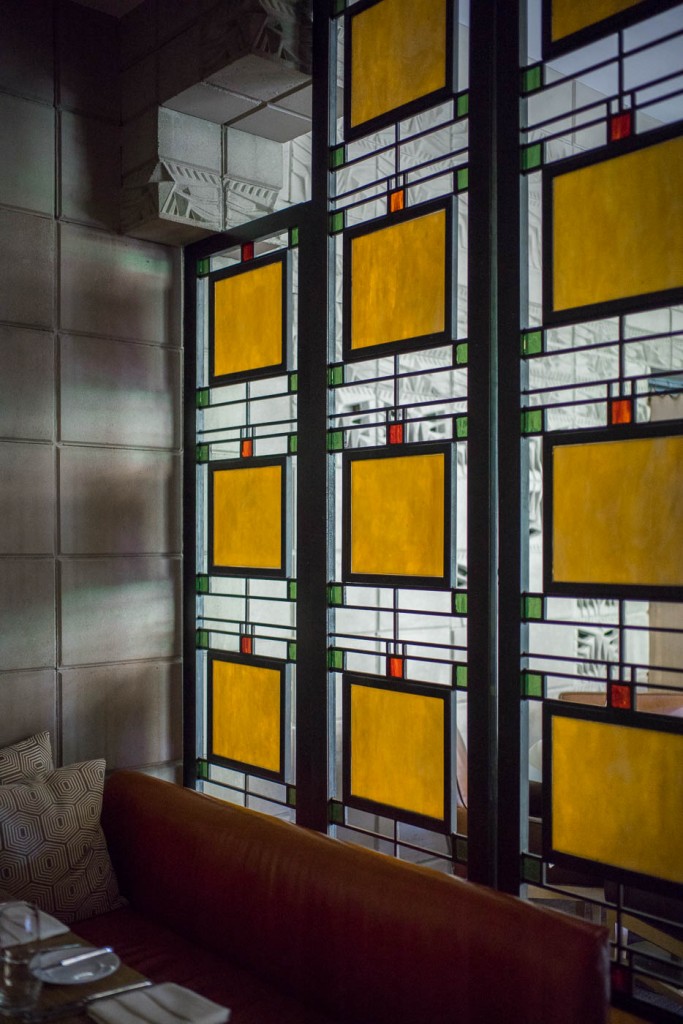 Ironically, it wasn’t designed by Wright who devoted considerable time to the apparently opposite tasks of ridiculing the design and claiming ownership. 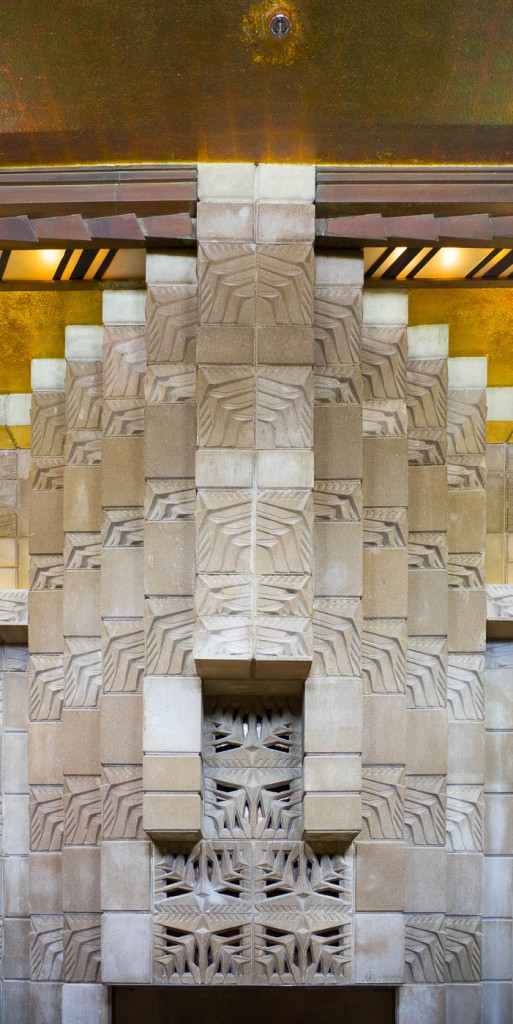 It appears that Wright, as infused with genius as he was, also carried within him the ability to drive people nuts. The sort of guy who, when star client Edgar J. Kauffman calls to say “Hey, I’ve a question. Why is rainwater pouring on my head in my brand new (aptly named Fallingwater) house?” replies “Just move your chair where it’s dry“. 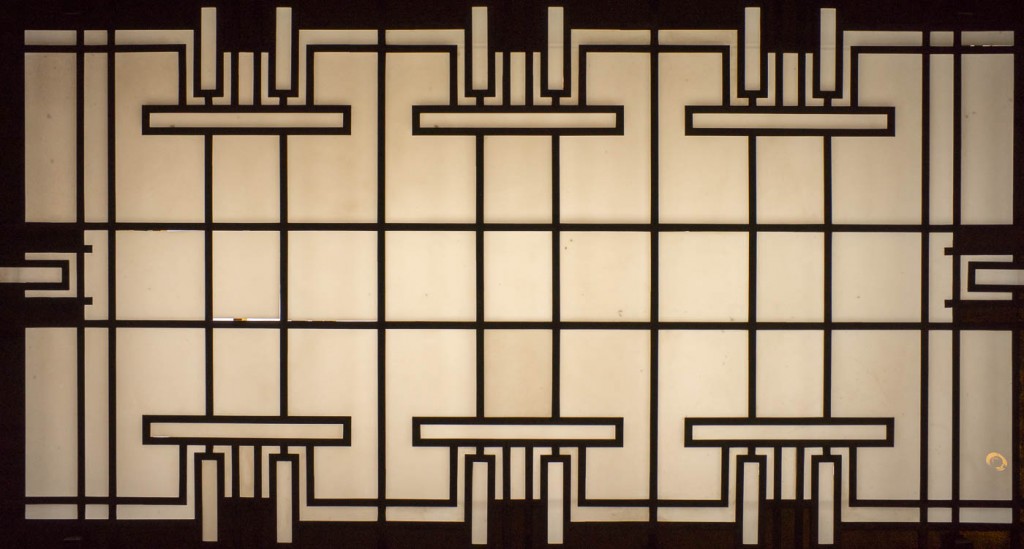 When John Mc Entee Bowman and the Mc Arthur brothers started the Biltmore project, a first architect was chosen. When he defected, one of his draughtsmen – Albert Chase McArthur – was asked to continue the project. He wearily accepted and asked Frank Lloyd Wright to consult and watch over the design and construction.

According to the tour guide, Wright noticed the textile block design and claimed copyright over it, asking for $10,000 (30 times the amount paid for the enormous land on which the hotel was built). 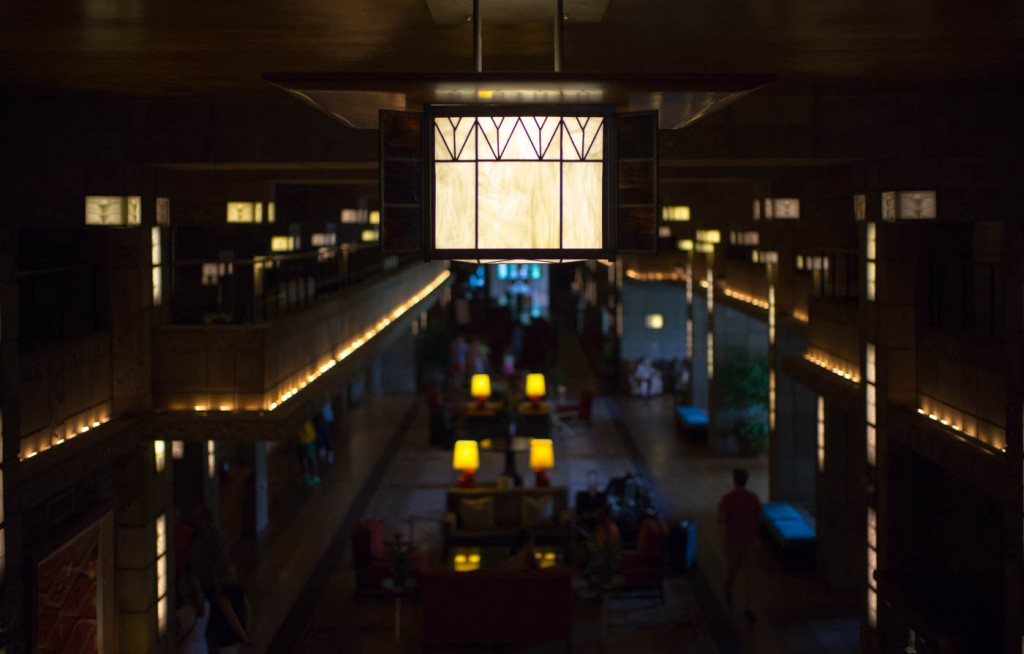 When the project owners find out no patent for the textile block design had been filed, Wright’s contract as consultant was terminated and whole feud started. 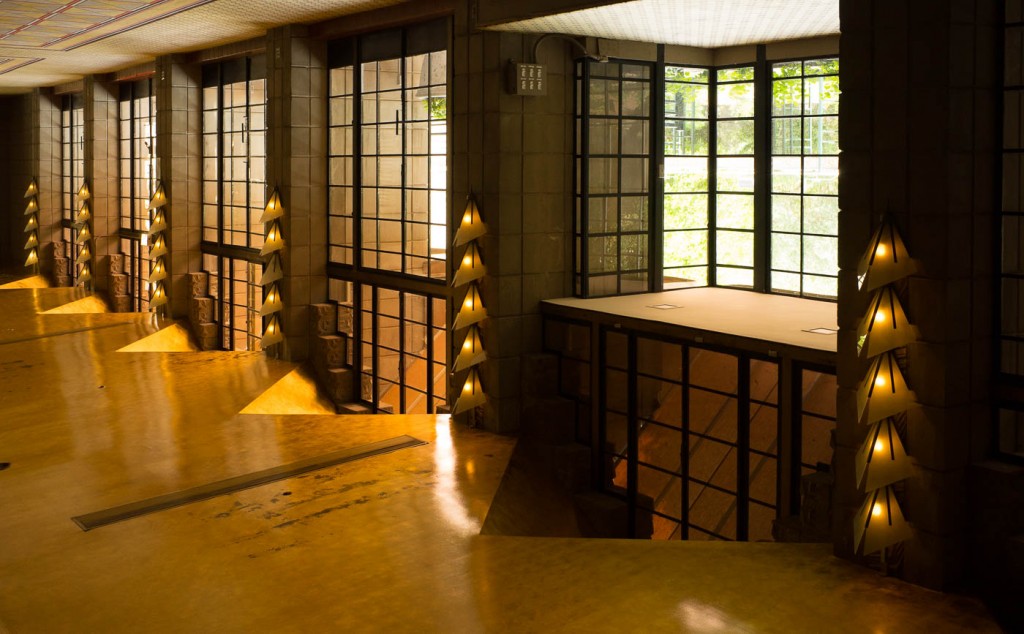 Whatever the story, the hotel was built (and used for many years by chewing-gum magnate William Wrigley) and is alive with Wright’s spirit.

Outdoors, things get a little weird. As the original hotel’s success grew, new pavilions and cottages were built to accommodate more guests. These follow the same design principles but, the more modern and distant from the core they are, the more dumbed-down their design appears to be.

The phenomenon even continues outside the grounds of the resort and into the surrounding streets, right down to 2400 E Arizona Biltmore Circle were you are greeted by an office block strikingly similar to one of Wright’s large Prairie House designs. 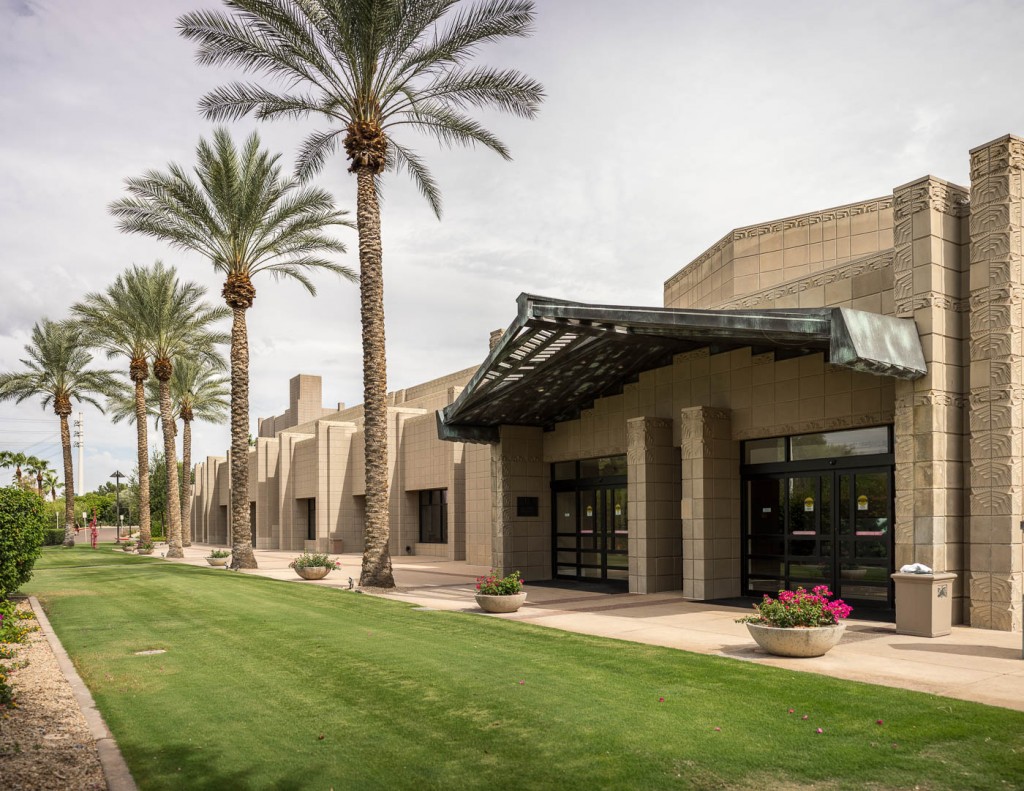 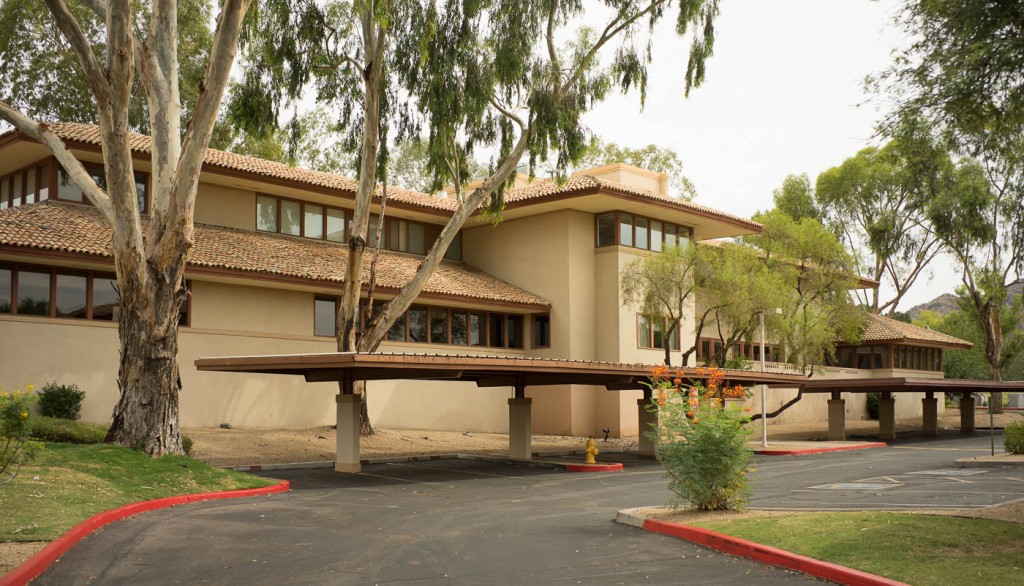 Almost at the opposite end of the “intentional scale” lies Paolo Soleri.

Italian born Paolo Soleri was an architect / designer responsible for the invention and popularization of arcology (a combination of architecture and ecology).

While the McArthur brothers looked to cater for the needs of the rich and famous, Soleri devoted his career to promoting alternate ways of living in an urban environment. 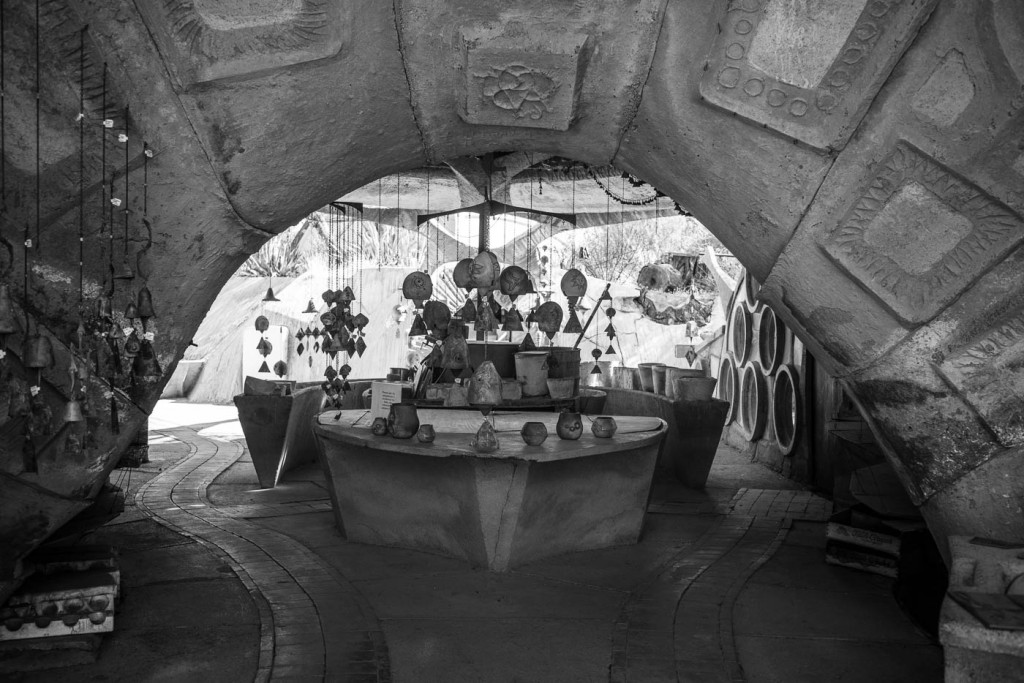 Soleri died in 2013 and leaves behind him two foundations called Cosanti (anti business, in Italian) and Arcosanti (Arcology + Cosanti)

Arcosanti is the Master’s studio and gallery. It consists of a partially underground dwelling very similar of Luke Skywalker’s childhood home (for those who enjoy that sort of comparison). It’s a weird and wonderful world full of equally wonderful creations (mainly bells) hanging everywhere. 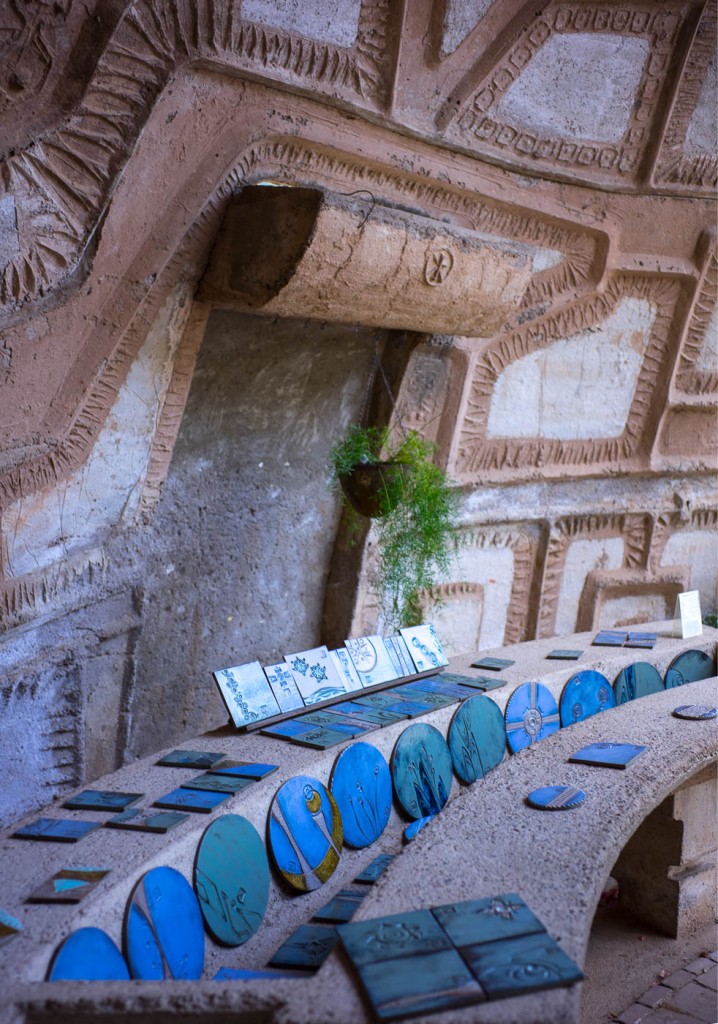 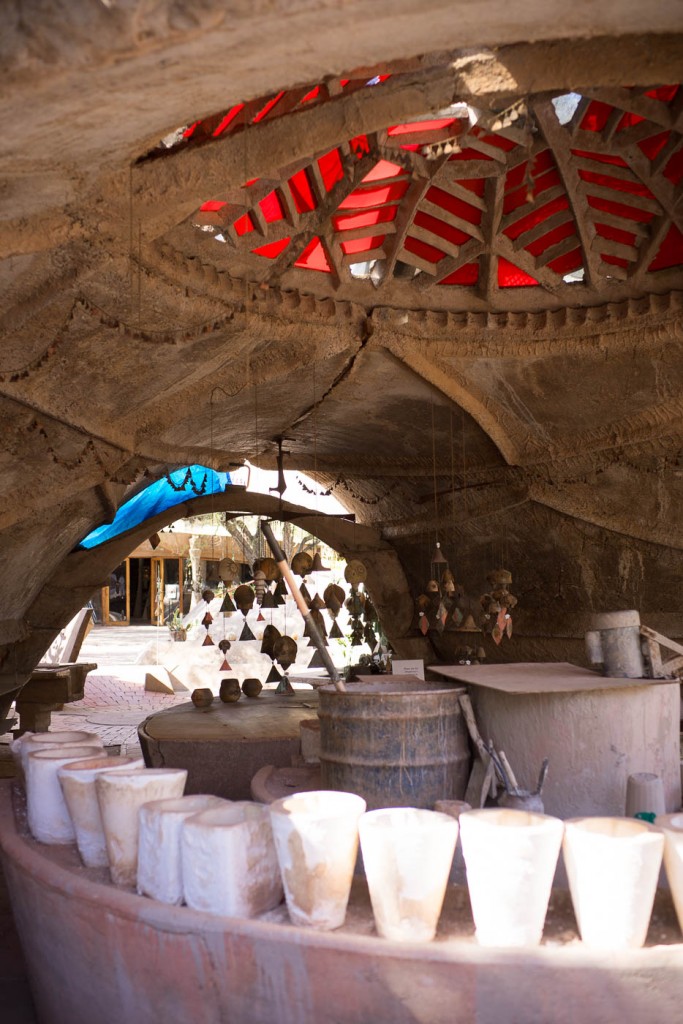 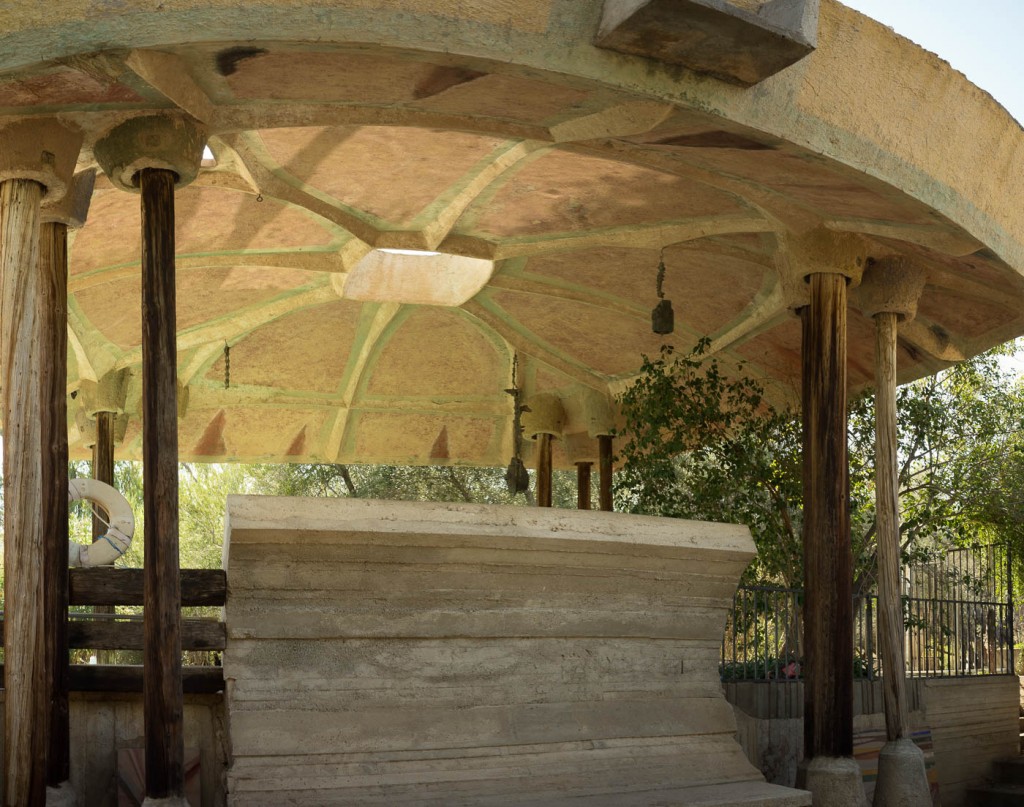 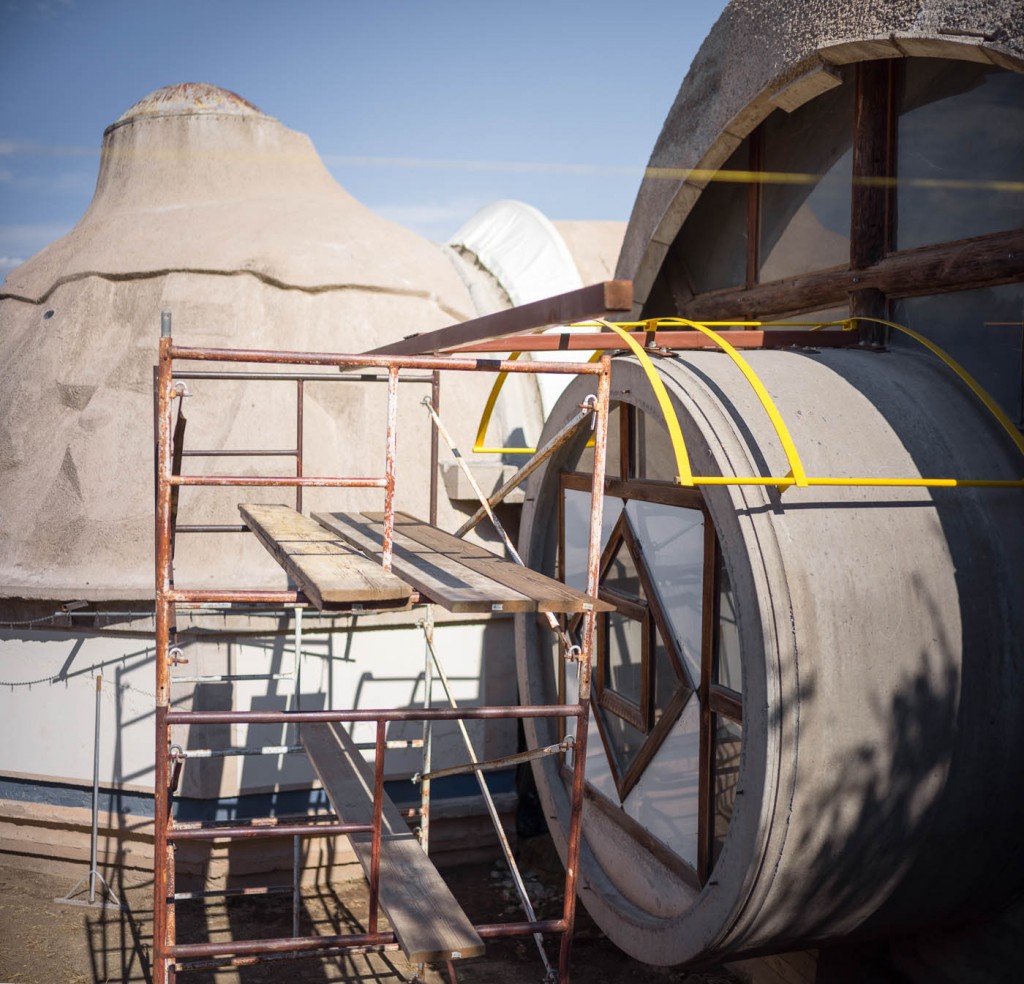 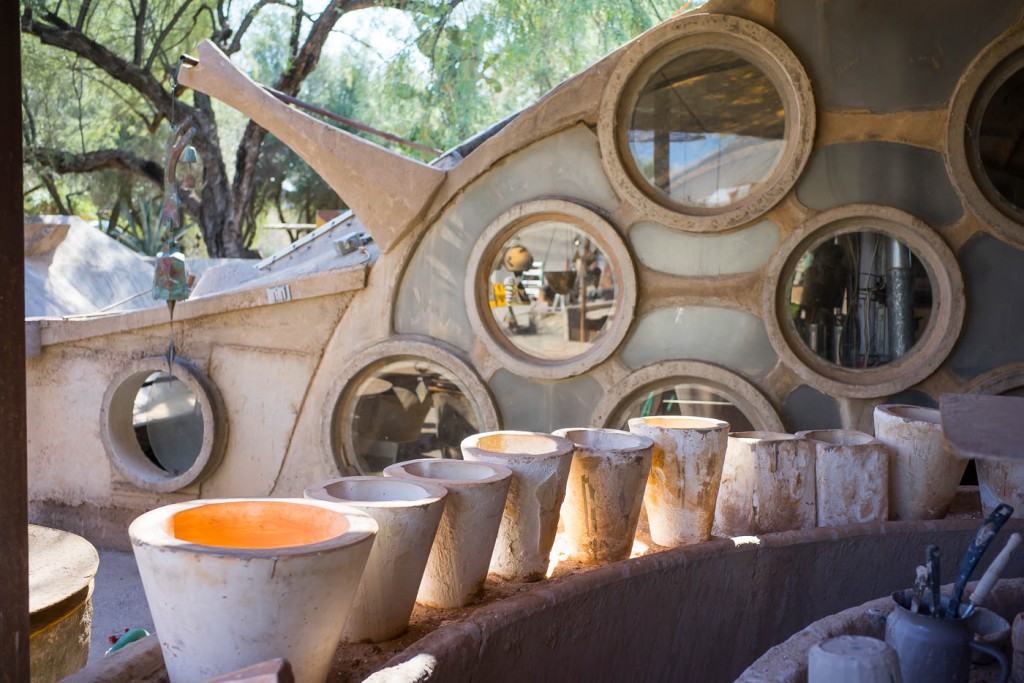 The main section feels like the inside of a whale or a dinosaur, at least what I imagine that to be like. It’s not an easy place to photograph but it’s even harder not to love. 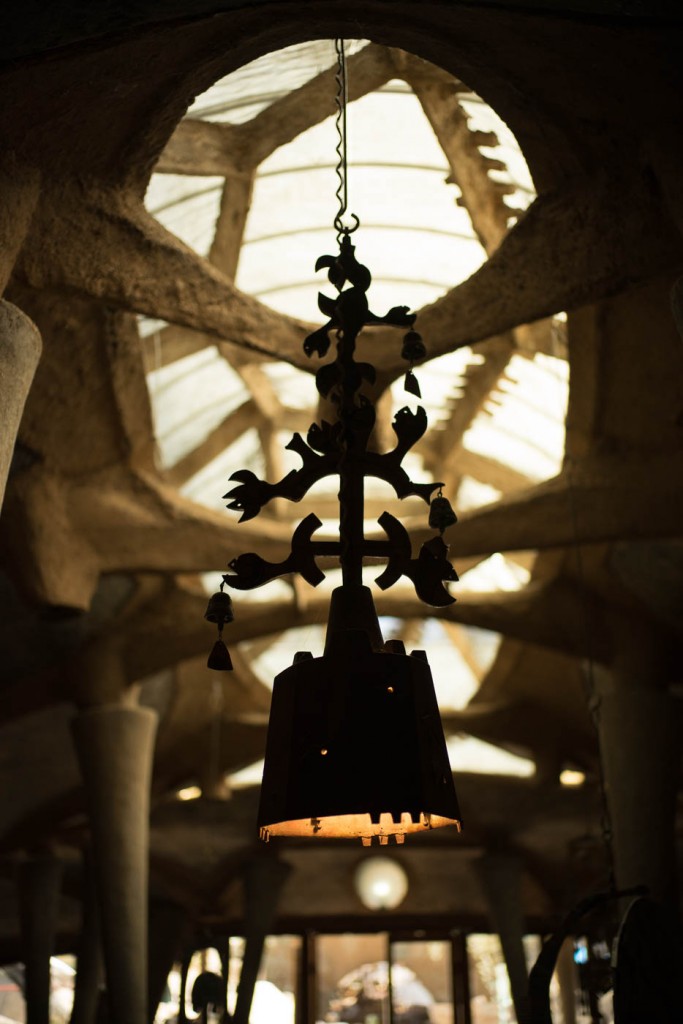 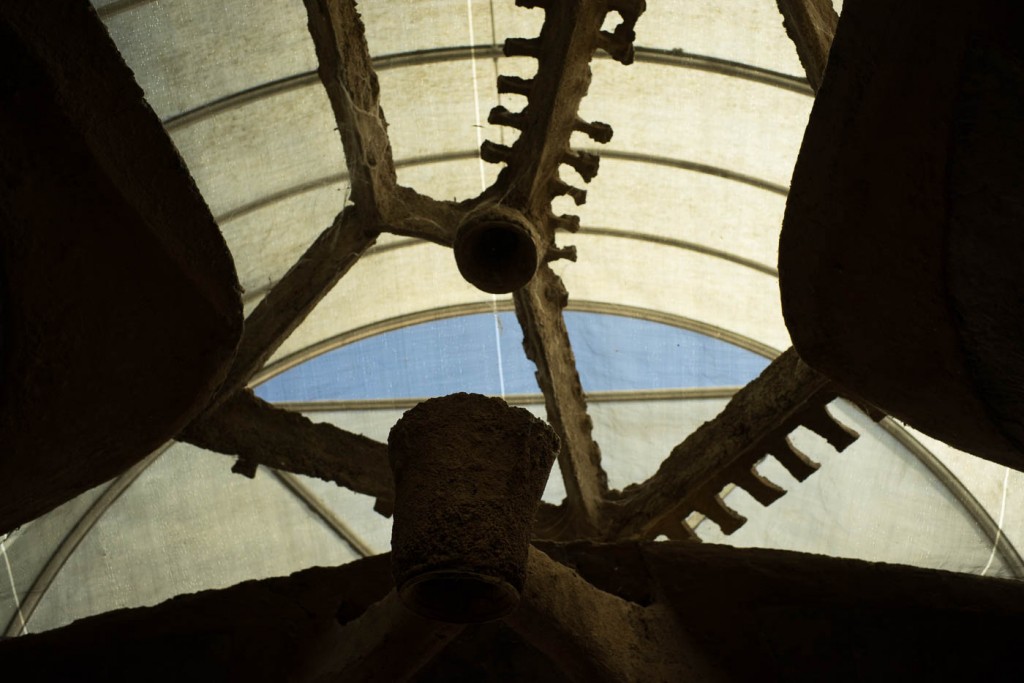 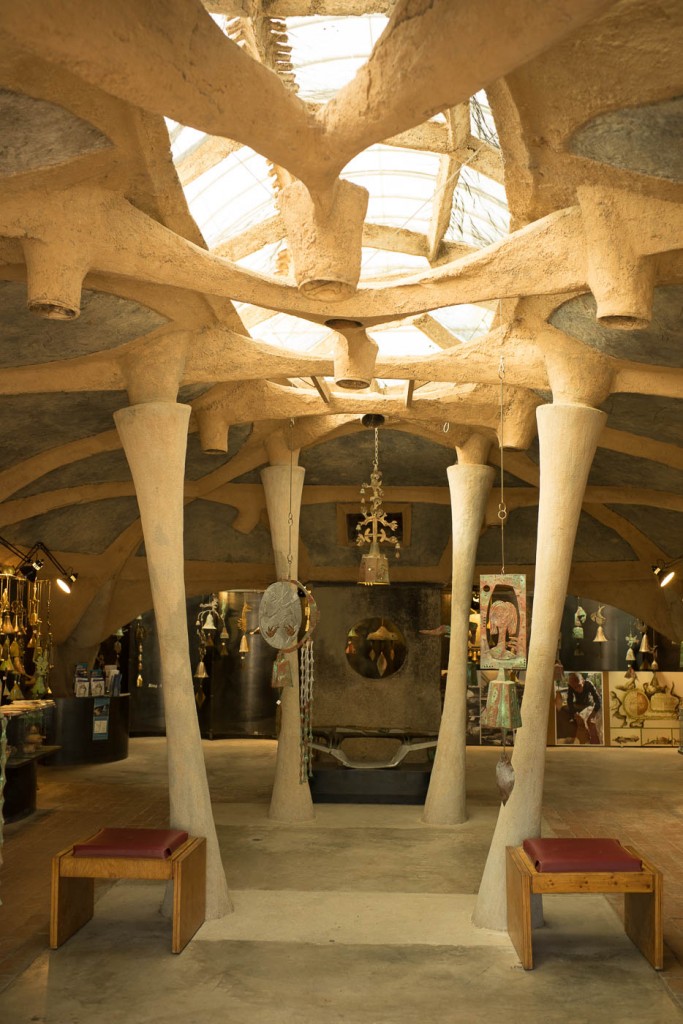 Arcosanti is a much larger scale project, the prototype arcology city where architects reside and continue the work of Soleri. Located 80 miles North of Phoenix and only visited with a guided tour, I don’t recommend moving specially for the experience. But on the way to Flagstaff, for instance … 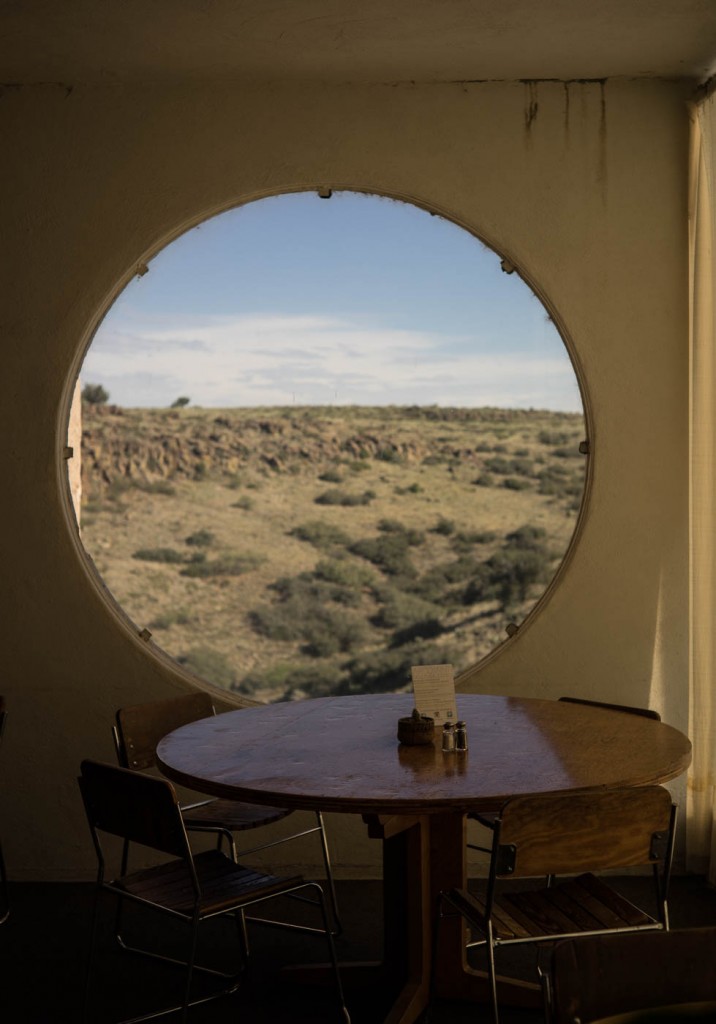 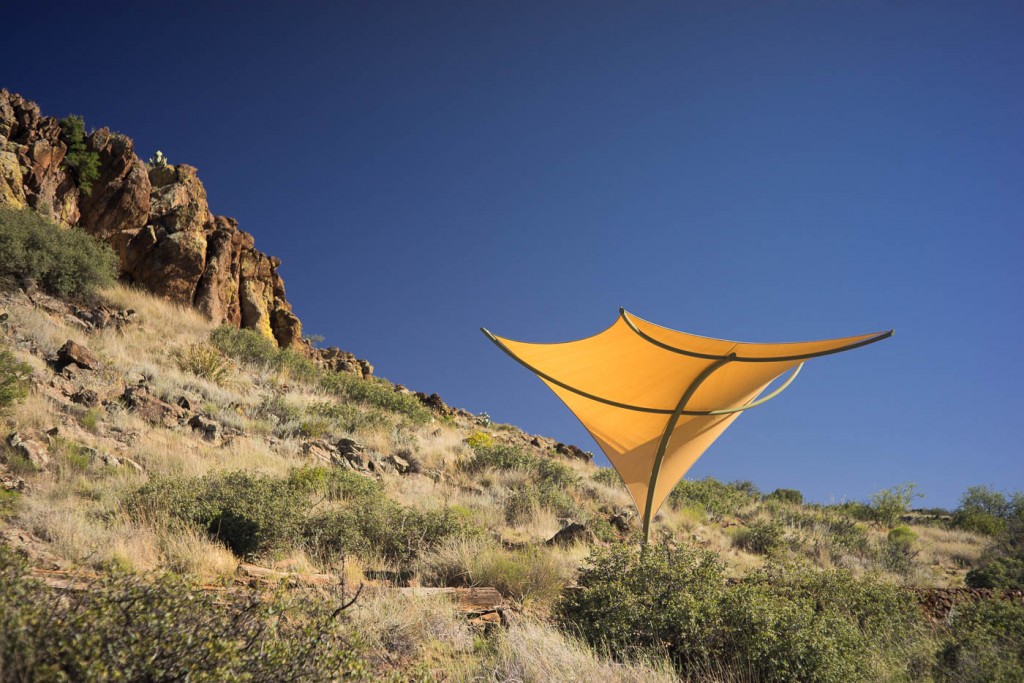 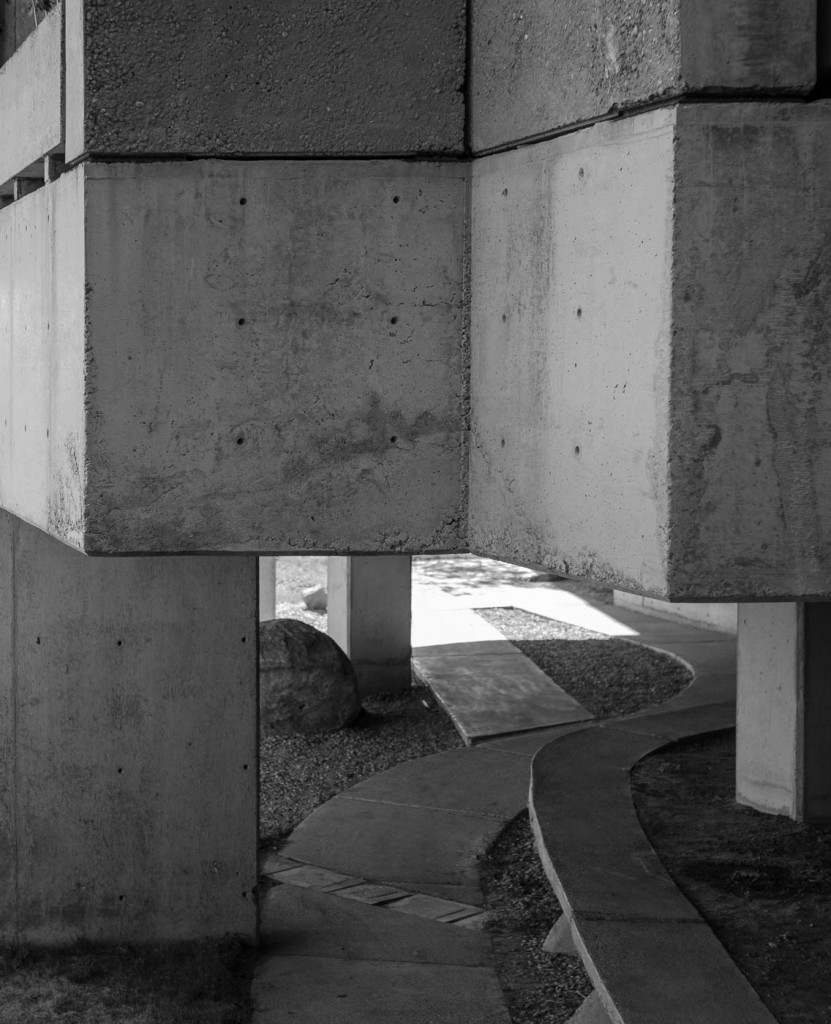