Route 66. My number one hope for photo opportunities when preparing my trip to Arizona. Ernst Haas, Albuquerque, you see. One of my favourite photographs ever.

All the online reports warned me about the lack of interesting spots anywhere on my route. But, as the French say “Le cœur a ses raisons que la raison ignore” (the heart as its reasons that reason can’t grasp). You know how it is when you want something to be true even when others tell you it isn’t.

Well, others were right. All my attempts at finding the ol’ lady proved either unsuccessful or bone-shaking drags through dumps and abandoned carcasses.

Holbrook, a significant other. 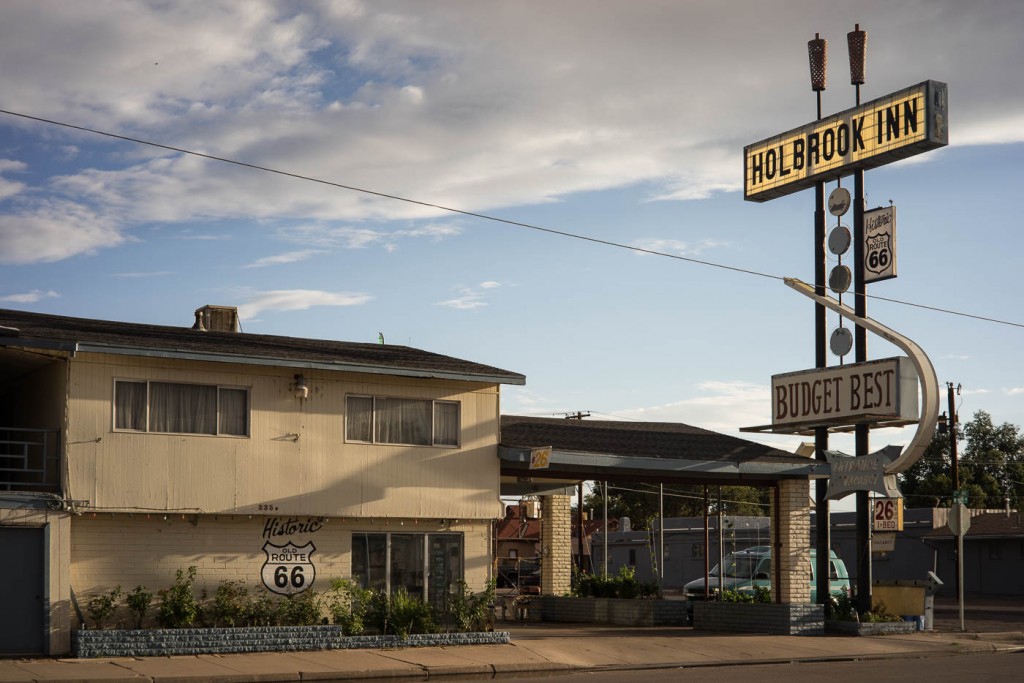 At first, Holbrook just seems like a 1960’s tourist hotspot that’s fallen asleep over the decades. Motels in dire need of a paint job follow one another like a string of refugees walking on the side of the road, tired and following one another footsteps with no idea of the final destination.

But Holbrook is so much more than that.

Sitting on the i40 one-third of the way from Flagstaff to Albuquerque, it is a convenient base for exploring Apache land in the South, Canyon de Chelly  (stay tuned) and Monument Valley in the North or Petrified Forest immediately in the East.

And, more interestingly, Holbrook is a photographic gold mine in its own right.

As a quirky aside, a local shop owner has built real-size statues of dinosaurs that roamed the plains 225 million years ago (before the local forests got petrified, hint hint). Not everyone will love the attraction but there are fun pics to be made there 🙂

Just as seemingly tacky but exquisite to a whole other level, is Wigwam Motel and its collection of old cars. If you manage to see those and walk away in less than an hour, you’re quicker and braver than I 😉 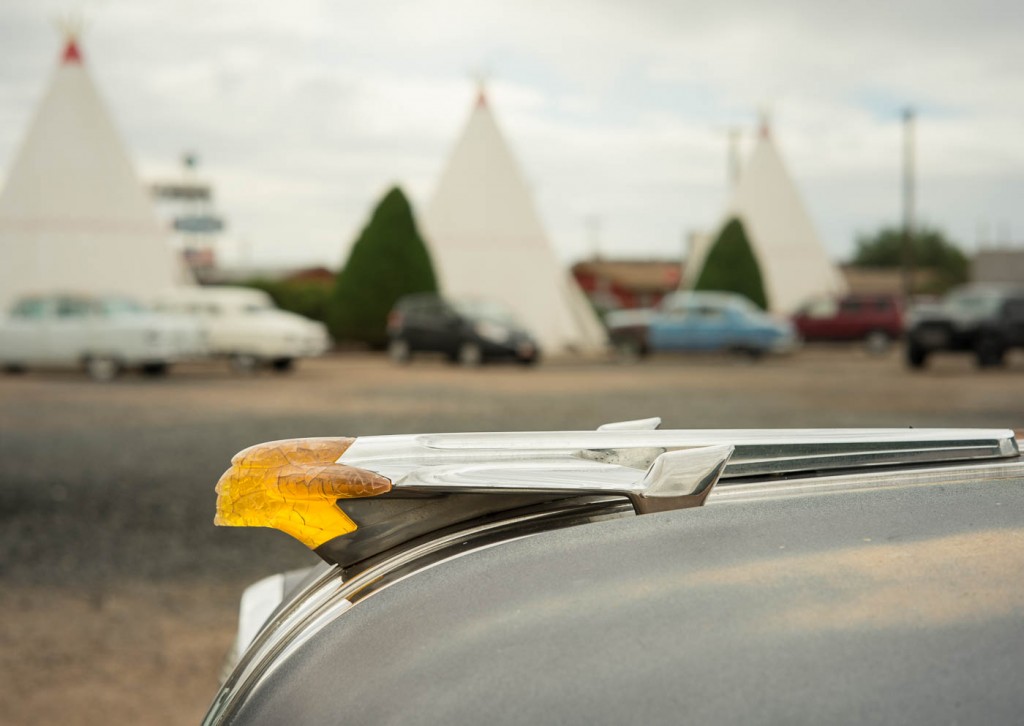 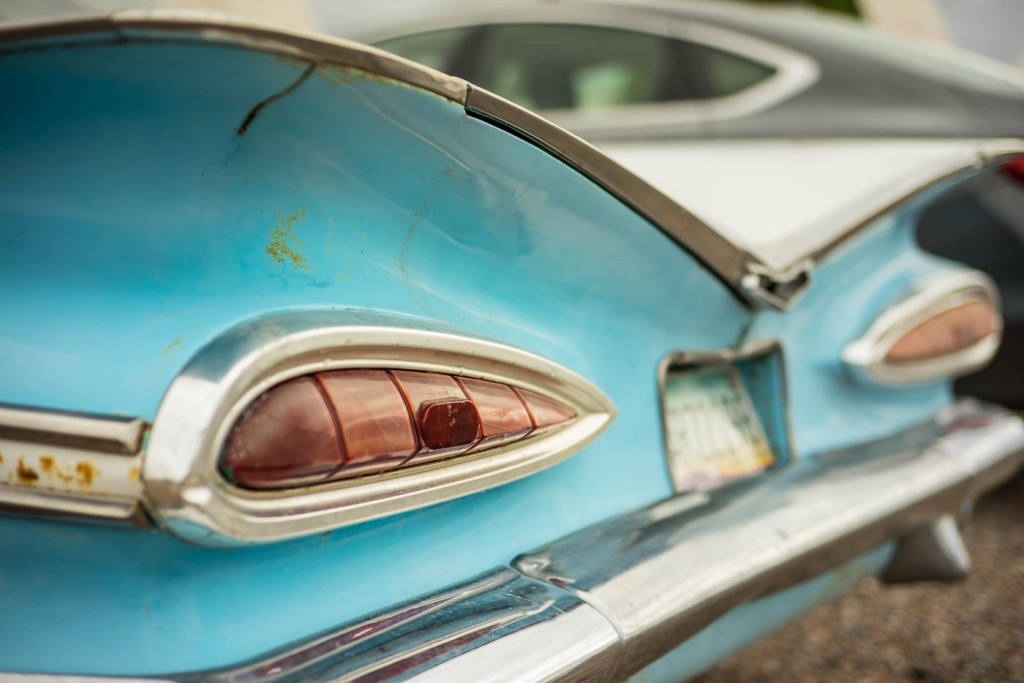 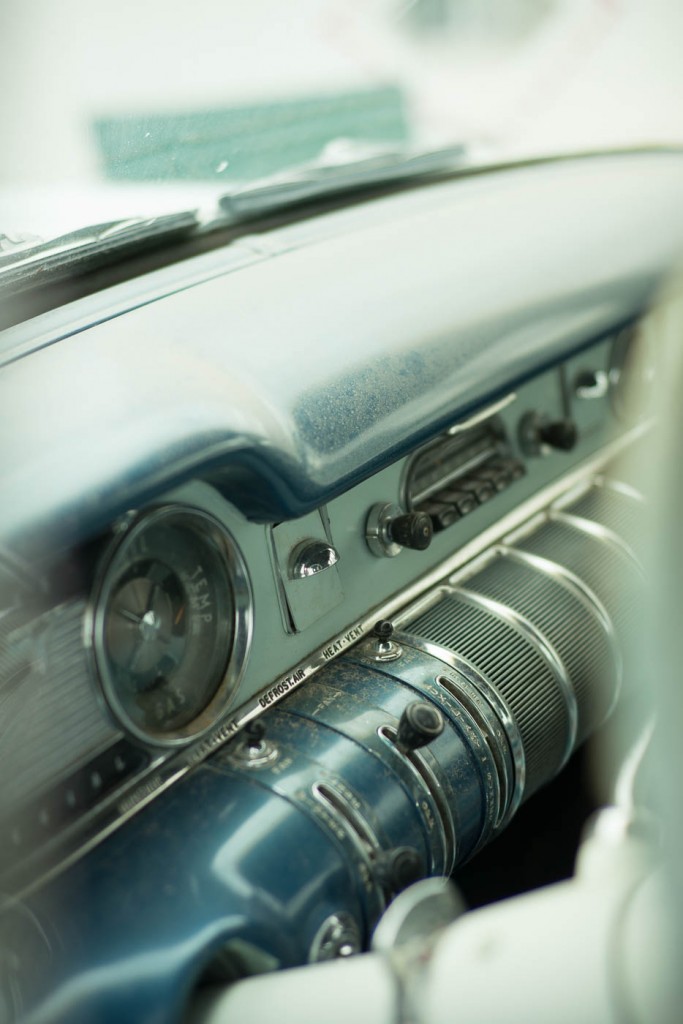 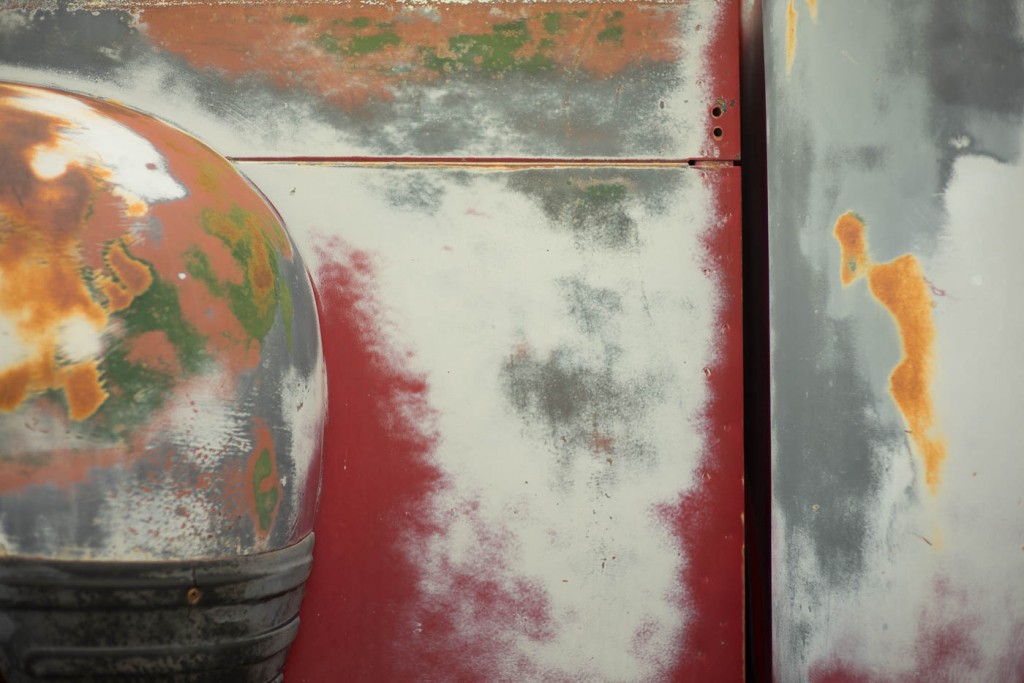 Being at the heart of Navajo Nation, there are frequent Navajo events to enjoy. 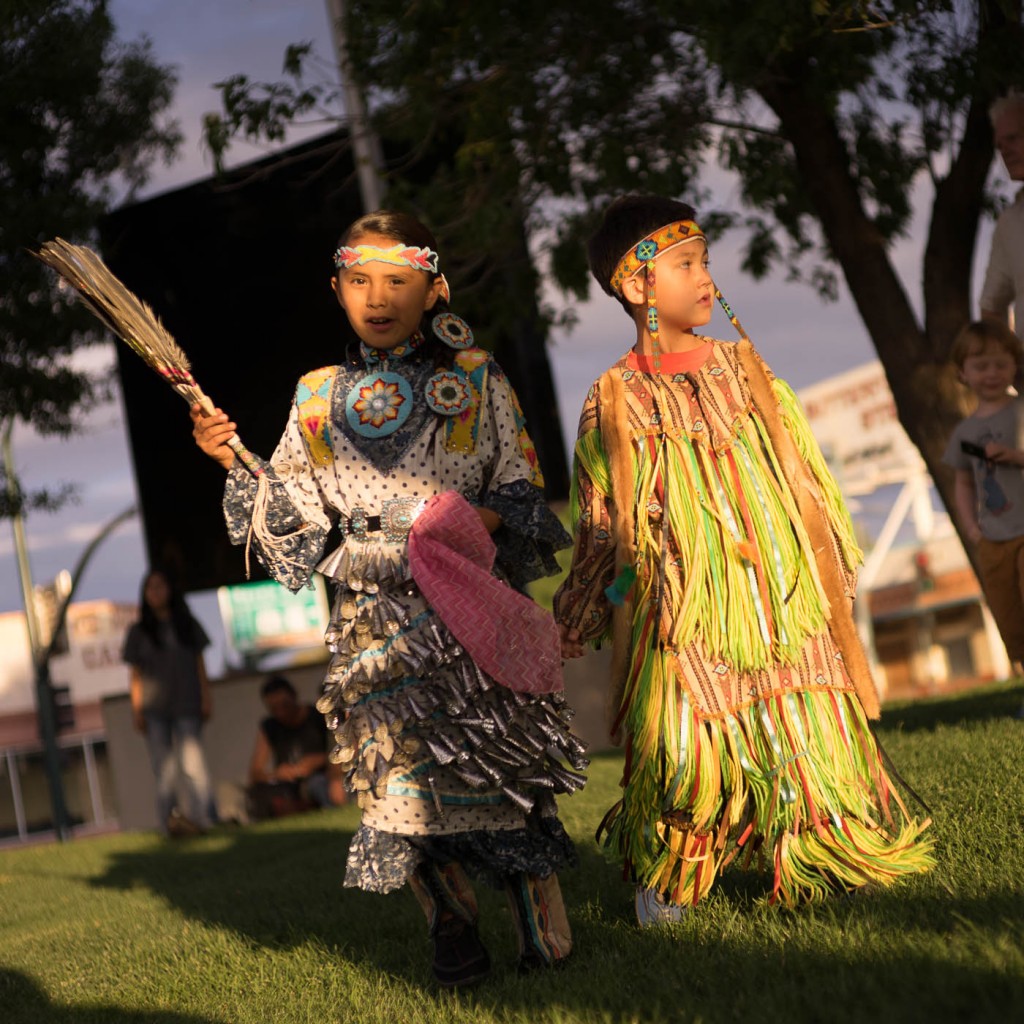 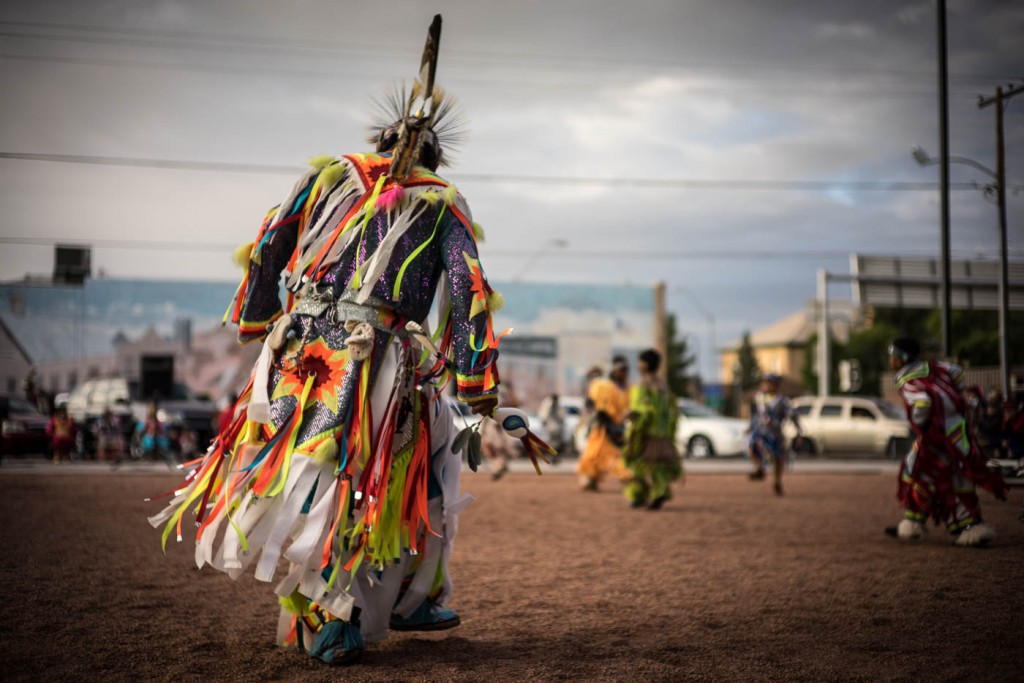 But most of all, Holbrook got me closer to my original Route 66 fantasy than any other location we visited. Everything, from the evening light to the roadside sign posts, cracked paint and motels takes me back to Ernst Haas’ understated masterpiece.

And, even though my on pictures do not bear the hallmark of Haas’ genius, I really love how the location can at leat let you recapture the spirit of Route 66 as it must have been 40 years ago. 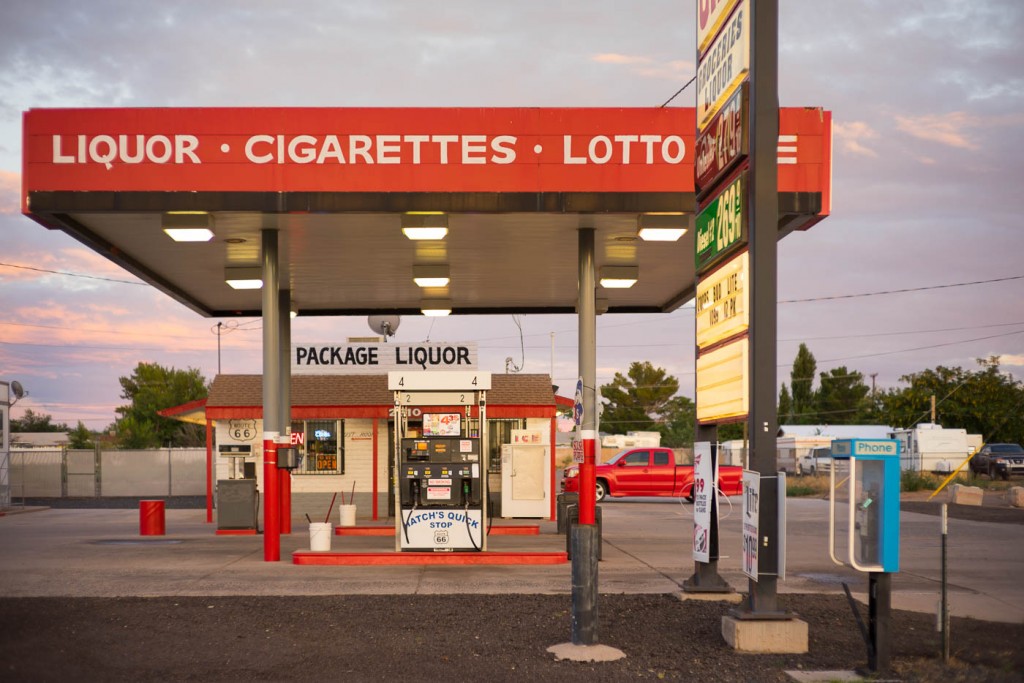 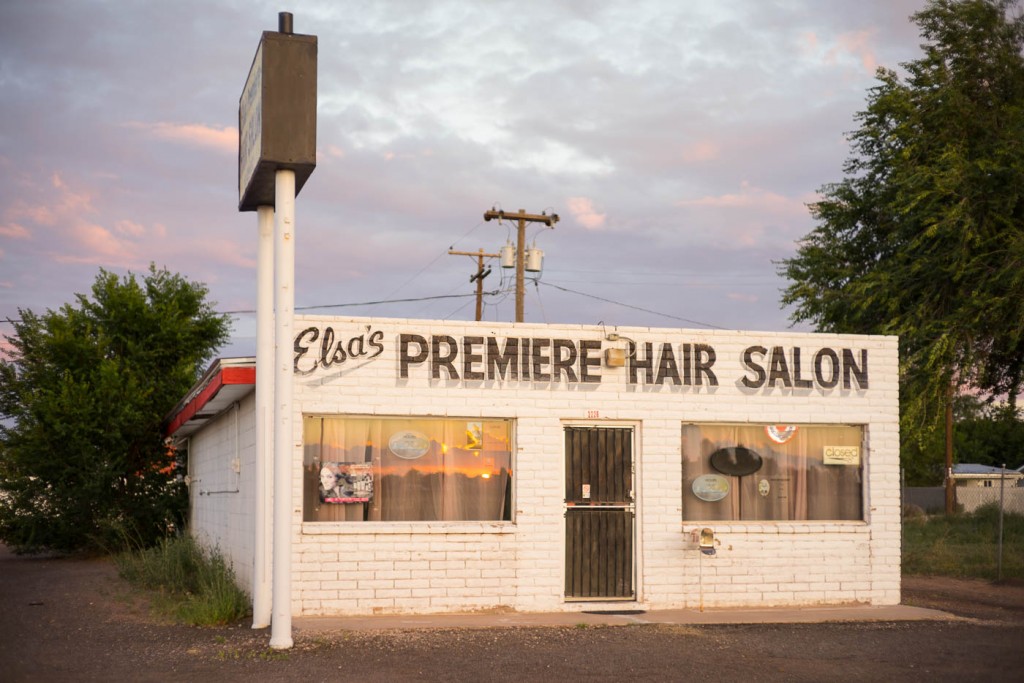 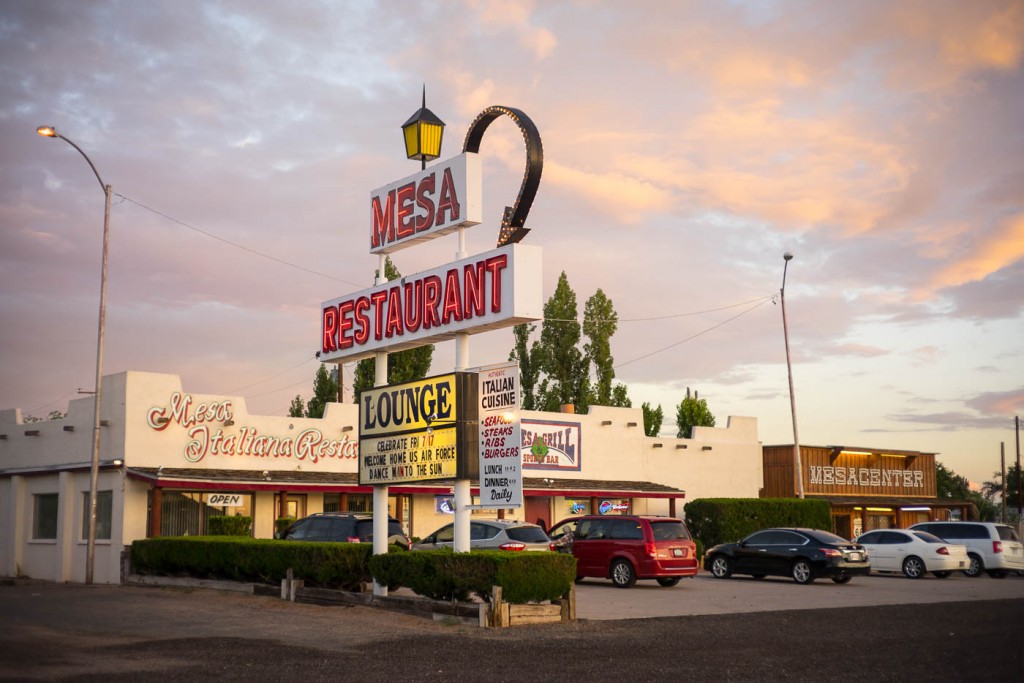 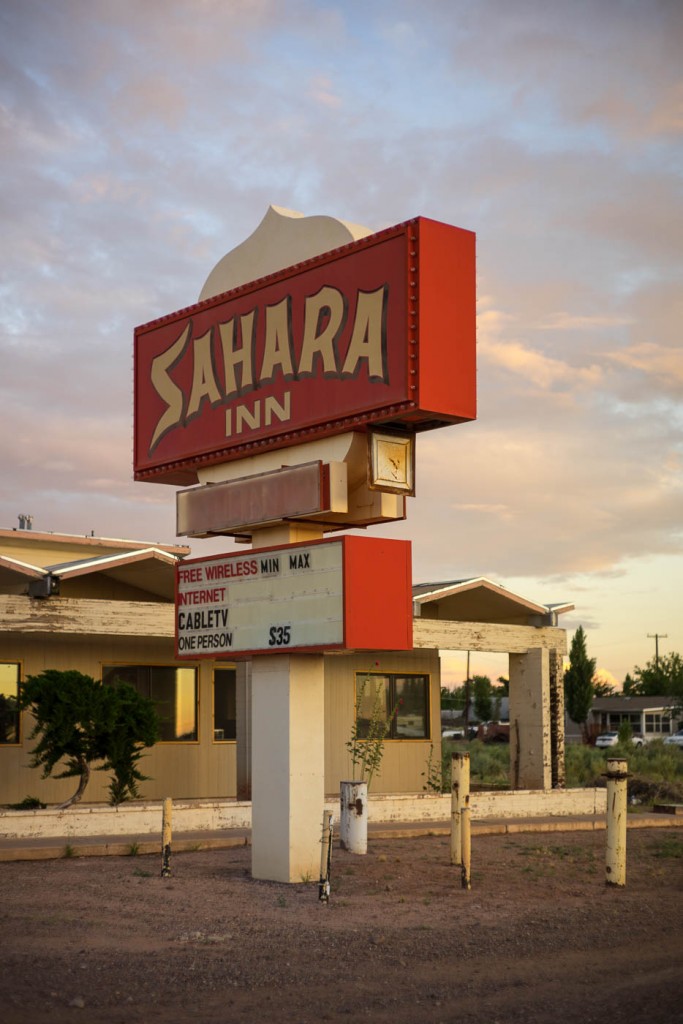 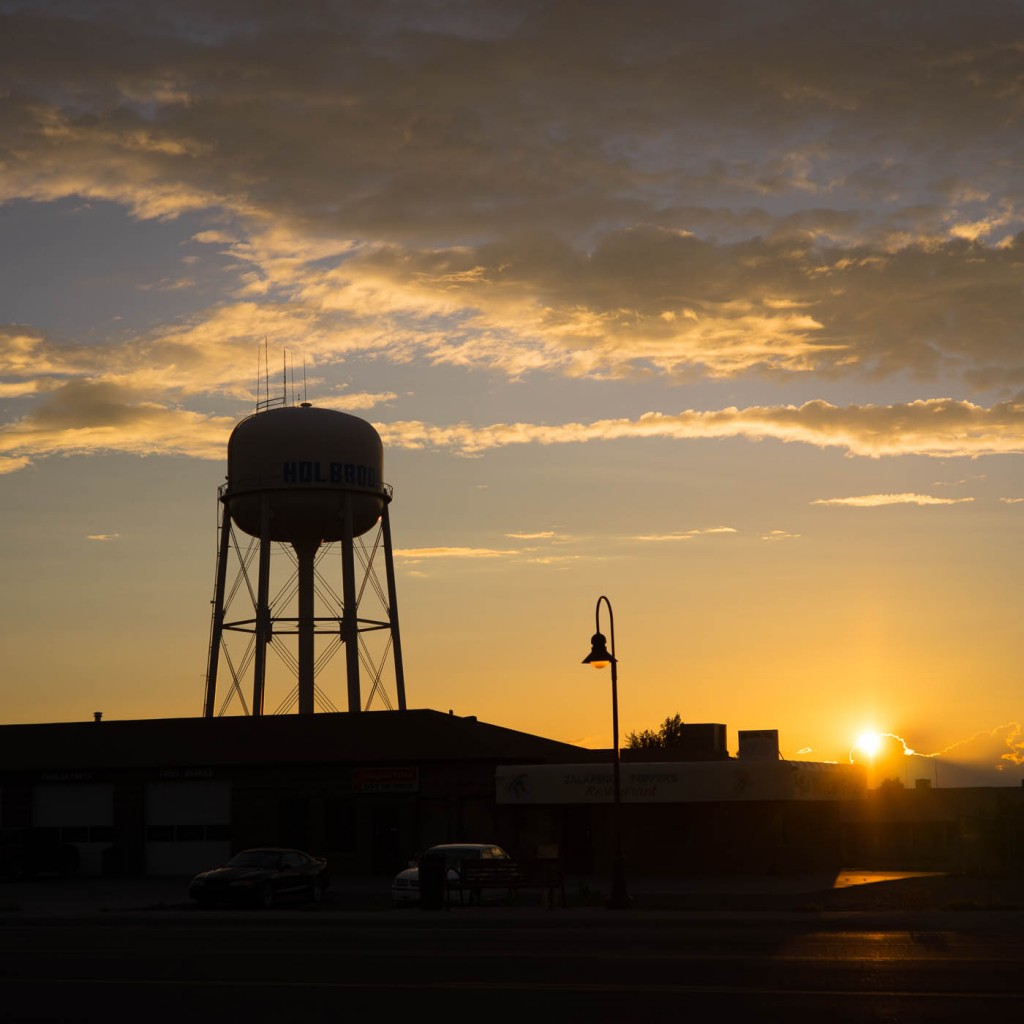 And, if that’s not enough, Holbrook is a stone throw away from the painted desert and blue wonders that I will soon be talking about.