If you’re my age (you’ll have to guess), the name of Biosphere will evoke futuristic childhood fantasies. Remember those teams of scientists dressed as astronauts stepping into that airtight environment not to re-emerge until years later?

Well, here we are, 24 years later in the vicinity of Oracle, Arizona, Biosphere 1 (that’s how the tour guides like to call mother Earth).

A while later, we’re at the entrance. THE entrance. The little window on the right of the door was used as a peephole out-to the outside world and chat with families via the attached phone. 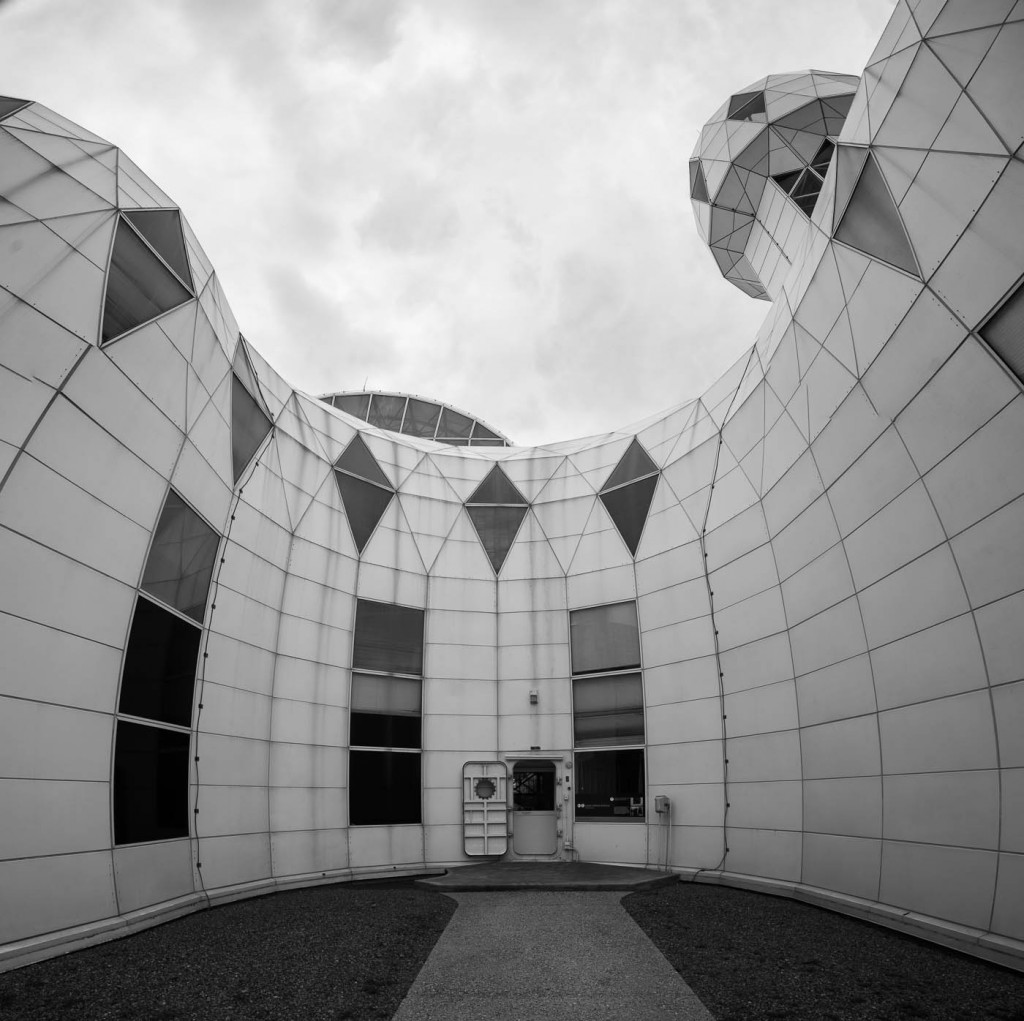 One of the biospherians (yeah, that’s the slightly lame name used for experiment participants in the 90’s) complained that everything he saw was always behind a crisscross of beams and window tile frames. 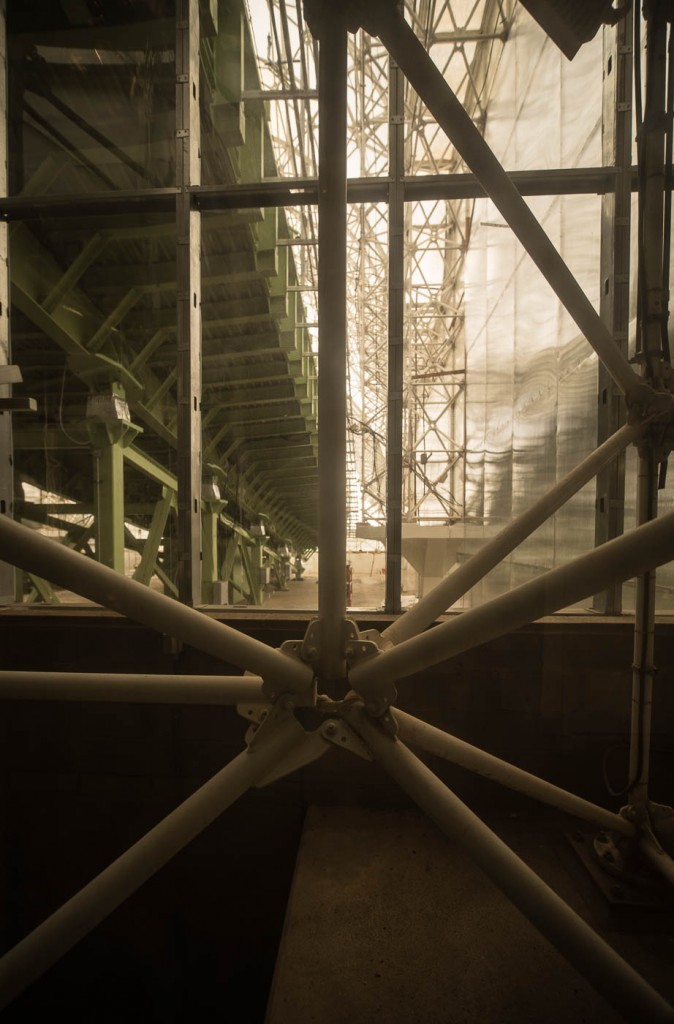 And, as beautiful as the spaceframe supporting the whole structure is, it’s easy to understand the thought. 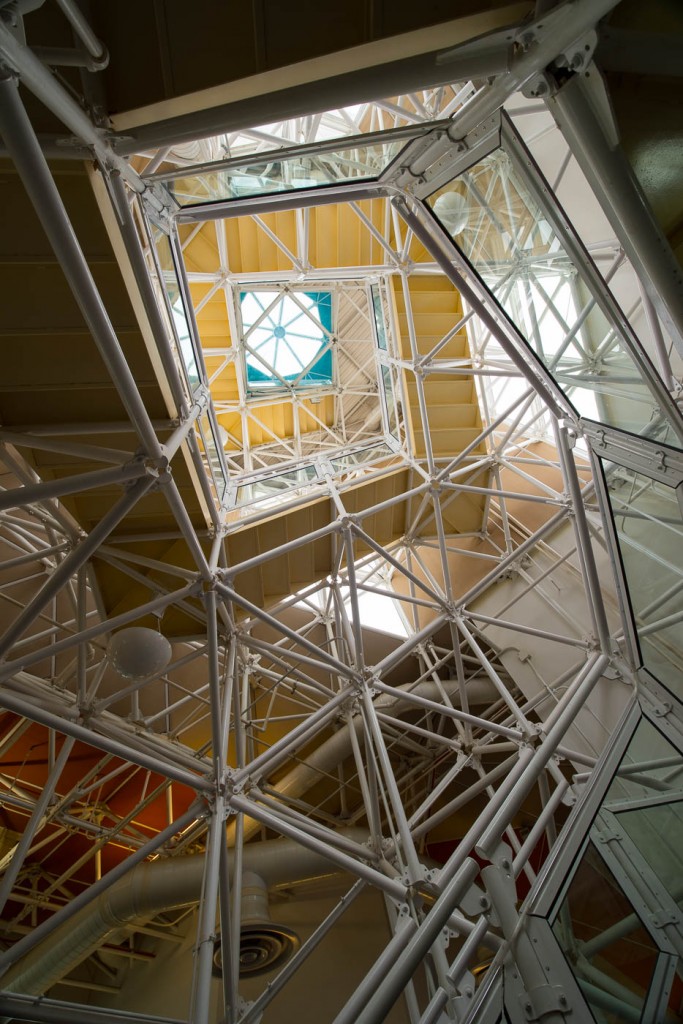 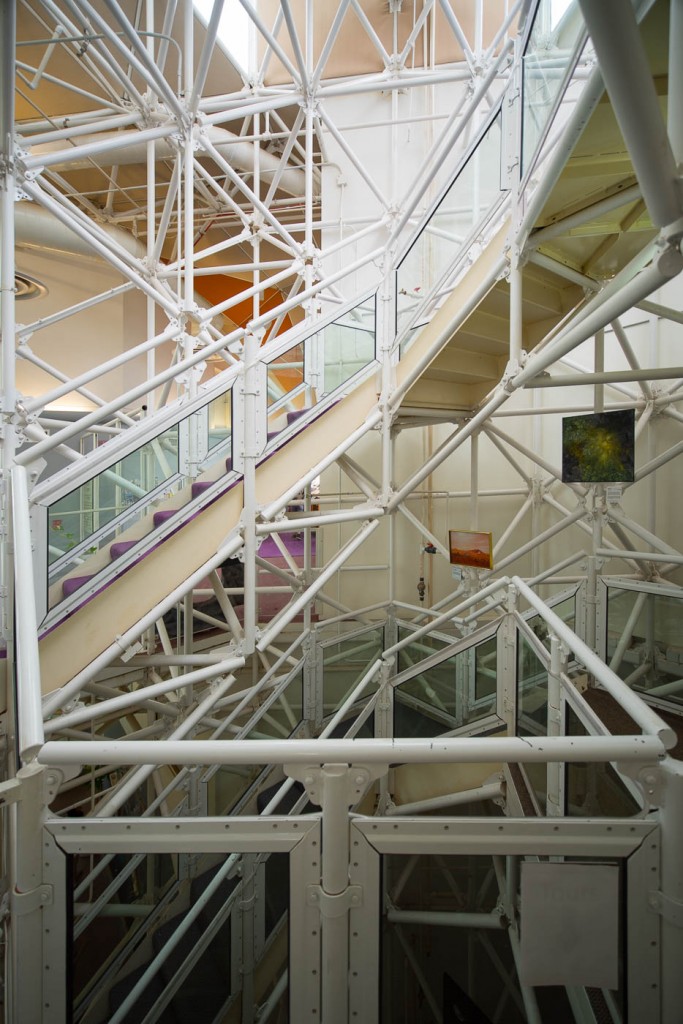 But for a month or so, that could be quite a place to settle down 😉 Check out the balcony overlooking a 30 foot banana tree. 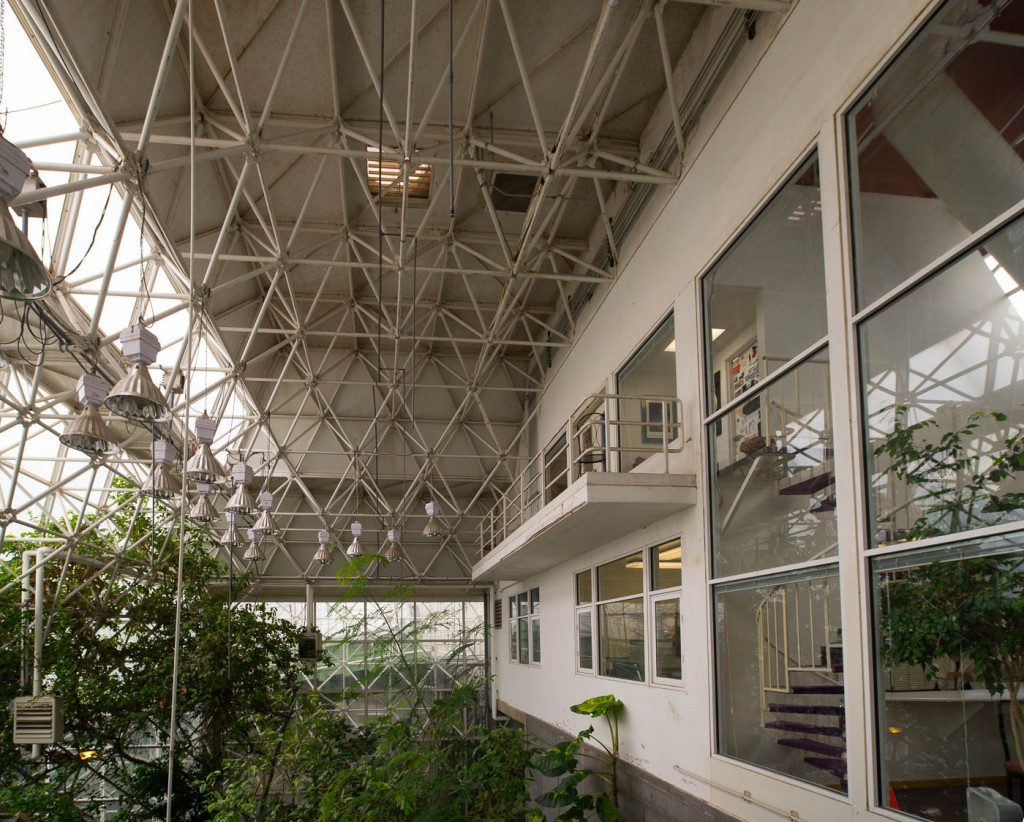 From a scientific point of view, it’s fair to say I was unconvinced by the explanations (and I must admit never checking the fine print of the original mission goals). Wikipedia’s description pretty much matches what the tour guides told us:

Biosphere 2 was originally meant to explore the web of interactions within life systems in a structure with five areas based on biomes, and an agricultural area and human living and working space to study the interactions between humans, farming, and technology with the rest of nature. 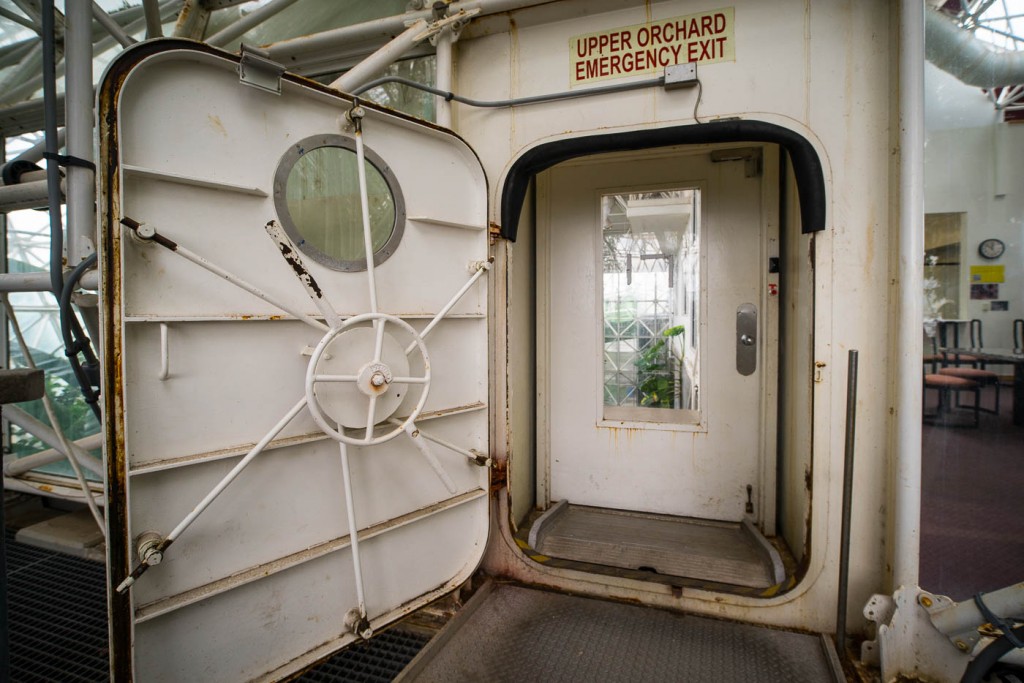 It’s no secret that both expeditions ran into severe food and mood-compatibility issues. And a visit quickly makes you wonder how the experiences were actually planned.

There are the little details like installing anti-UV glass that led to coral death (they need UVs to grow). But you live and learn, I guess.  What really strikes me as odd is how the program combined two very important – and almost opposite – goals: study a variety of biomes, on one side. Feed a family of biosperians on the other. Oh, and create enough O2 for breathing, incidentally. 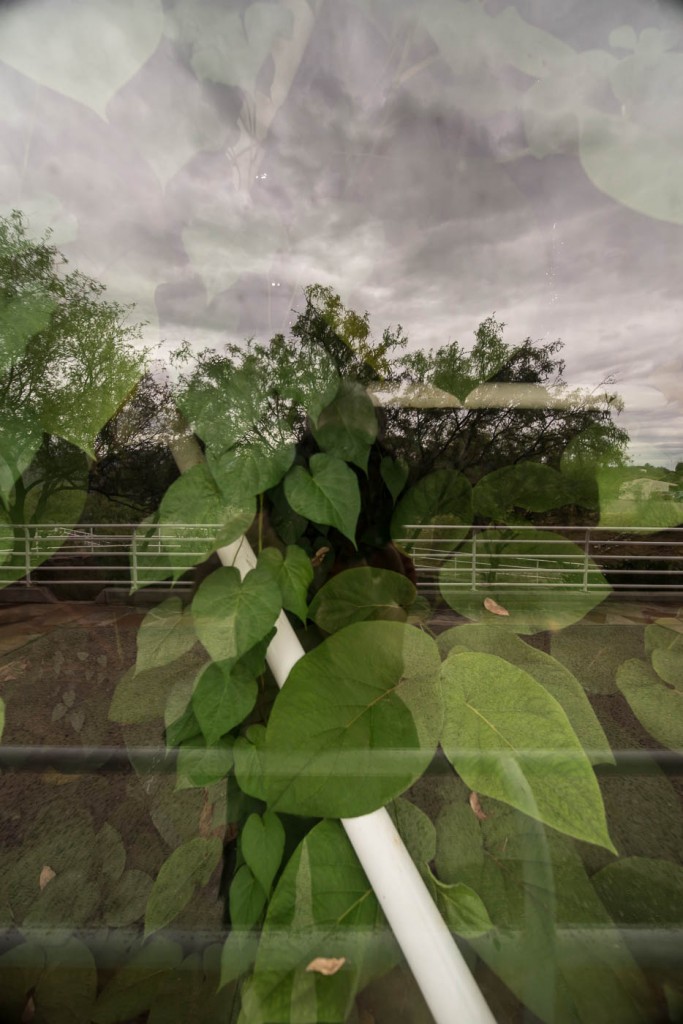 In my limited, but nonetheless real, scientific life, I’ve never heard of mixing goals in an experiment without the whole caboodle going to pot.

Yet, that’s exactly what was done here, strangely enough. I’m certain the food sufficiency goal would have worked had the “farming” area covered much more surface. 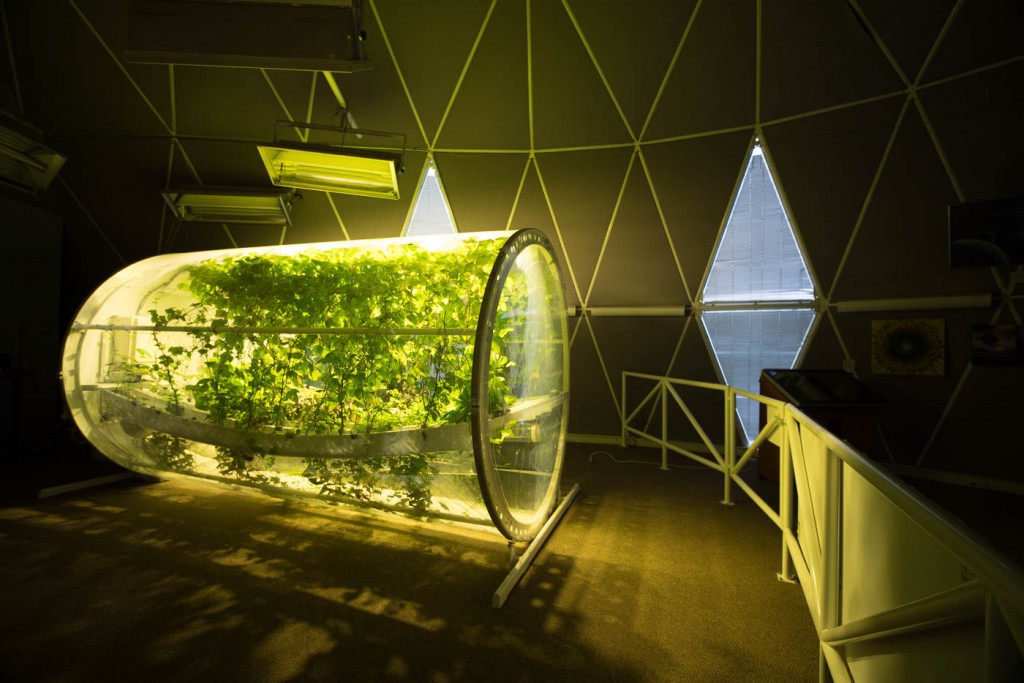 In particular, the lung through which oxygen was pumped in 3 times  and which serves as a pressure regulation to avoid sealed greenhouse panel explosion when the summer heat expands the huge quantities of air inside it. That’s a wonderful place to visit and photograph. The strong echo, weird pressure and enclosed feeling are disorienting. 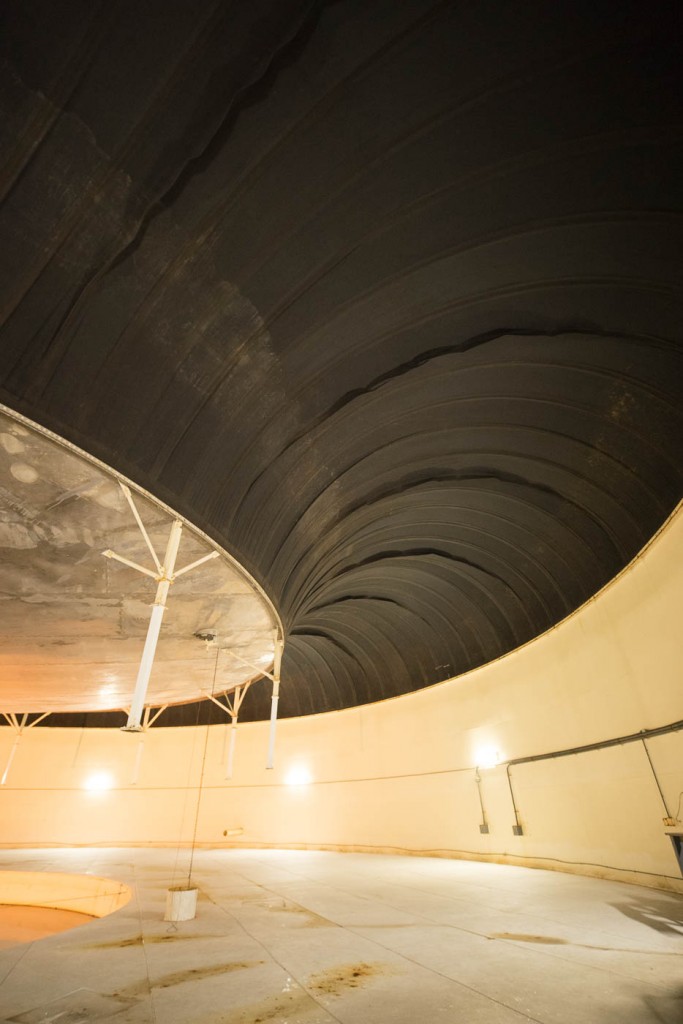 And all the ventilation system is a lot of fun. Very dark, so you’ll need to crank up the ISO. 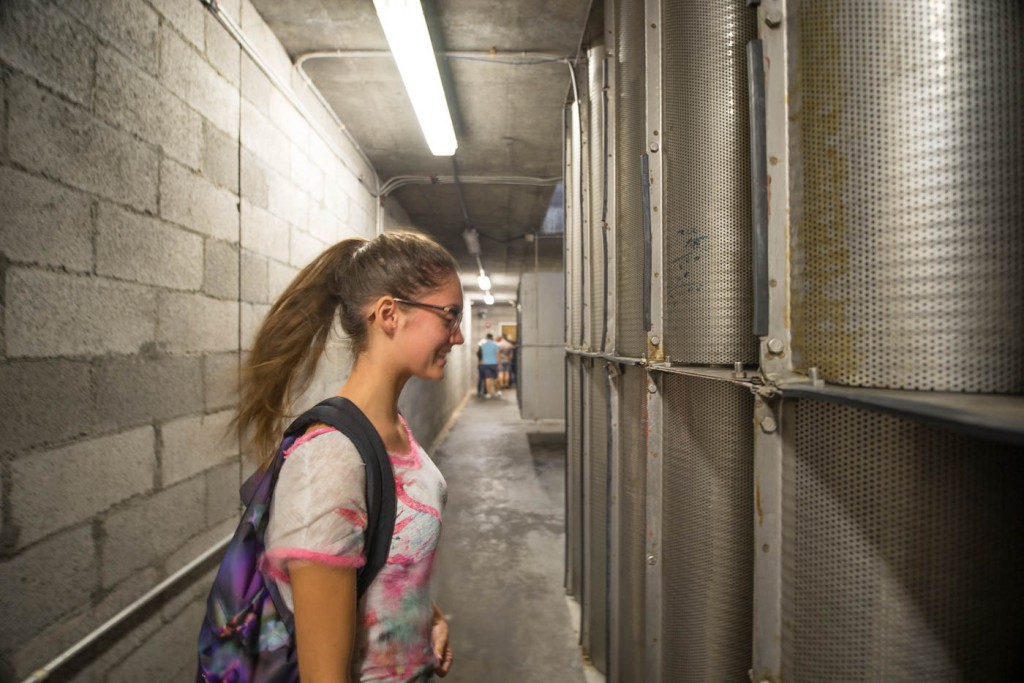 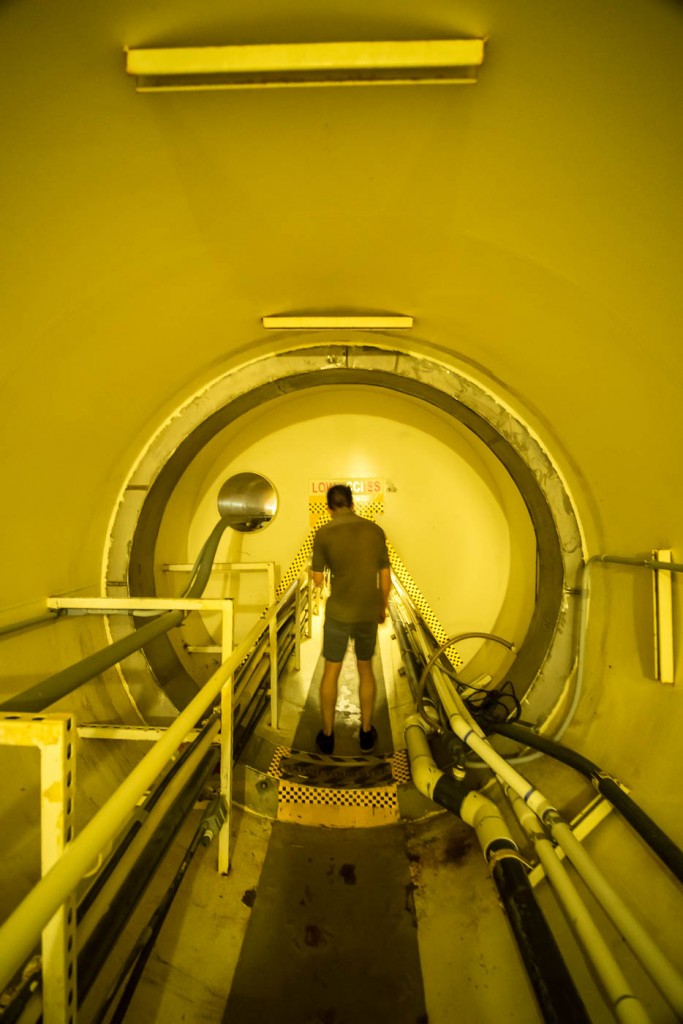 And for lenses, think wide. For all these photographs, I used the Distagon 15/2.8 ZF2 Zeiss has loaned me for a few weeks. And some are stitched for added coverage (or crazy perspective).

My only criticism is that the tour is quite rushed and leaves you very little time to compose photographs without zillions of fellow humans crowding the frame. And, no, you cannot visit without a guide. But once the tour is over, you are left to wander in some areas on your own at your own pace.

So, definitely recommended to anyone in the Phoenix – Tucson area and in search of something different from saguaro for a few hours.

Although saguaro are also wonderful photographic subjects. More on that later 🙂 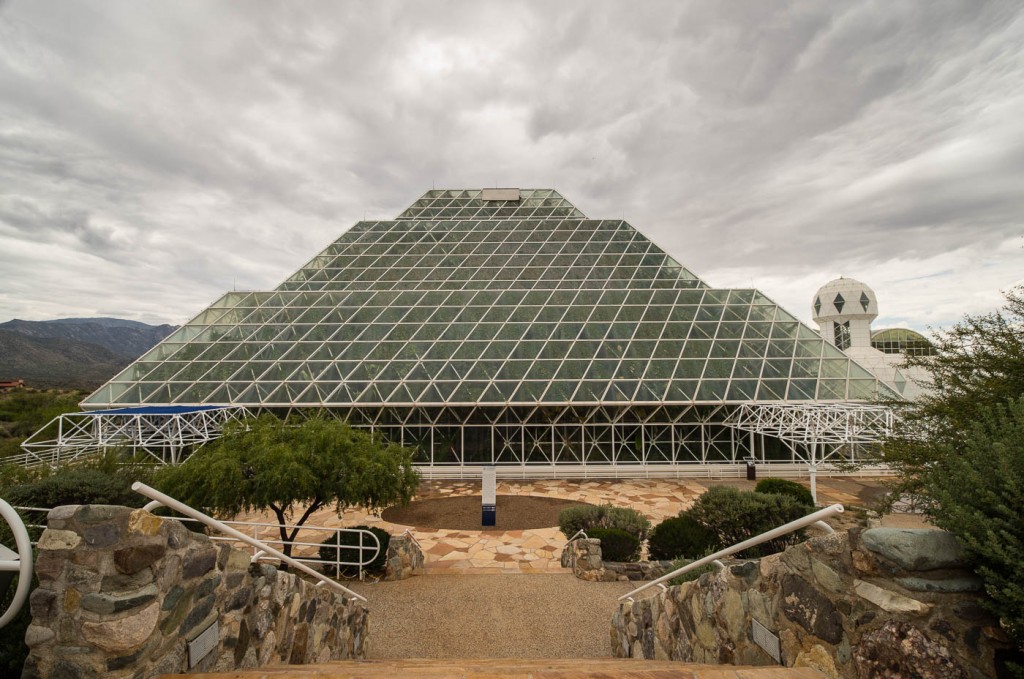 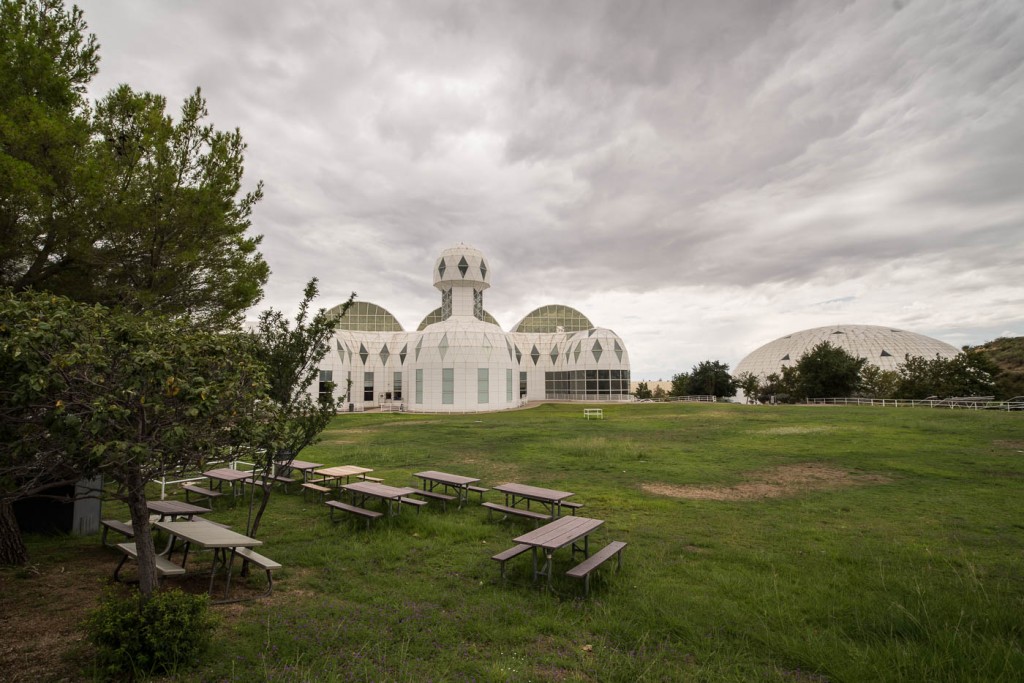 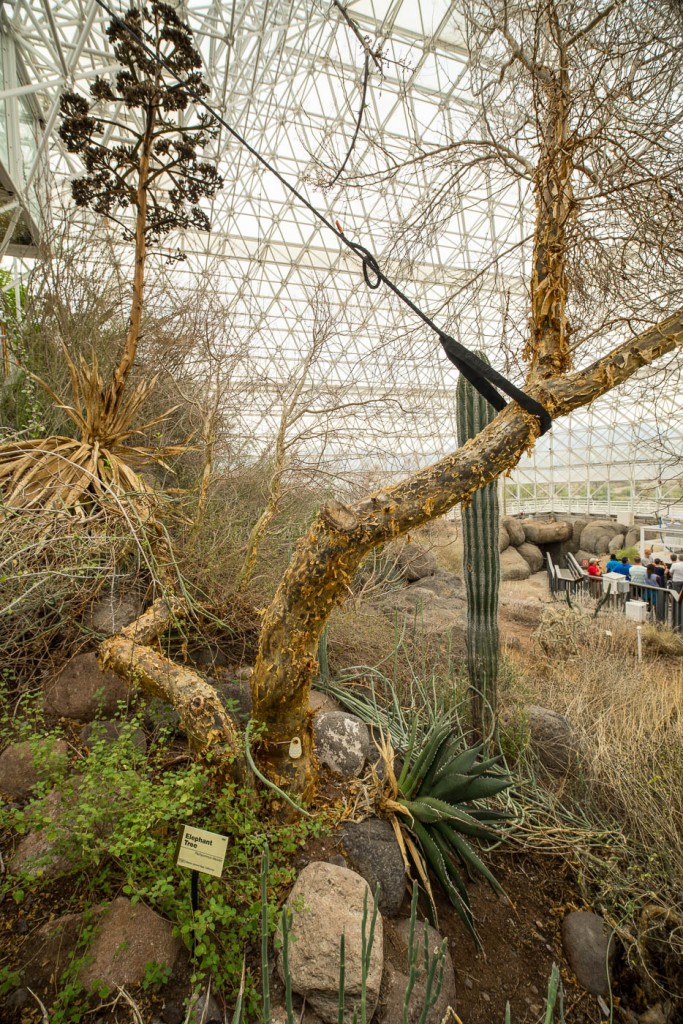 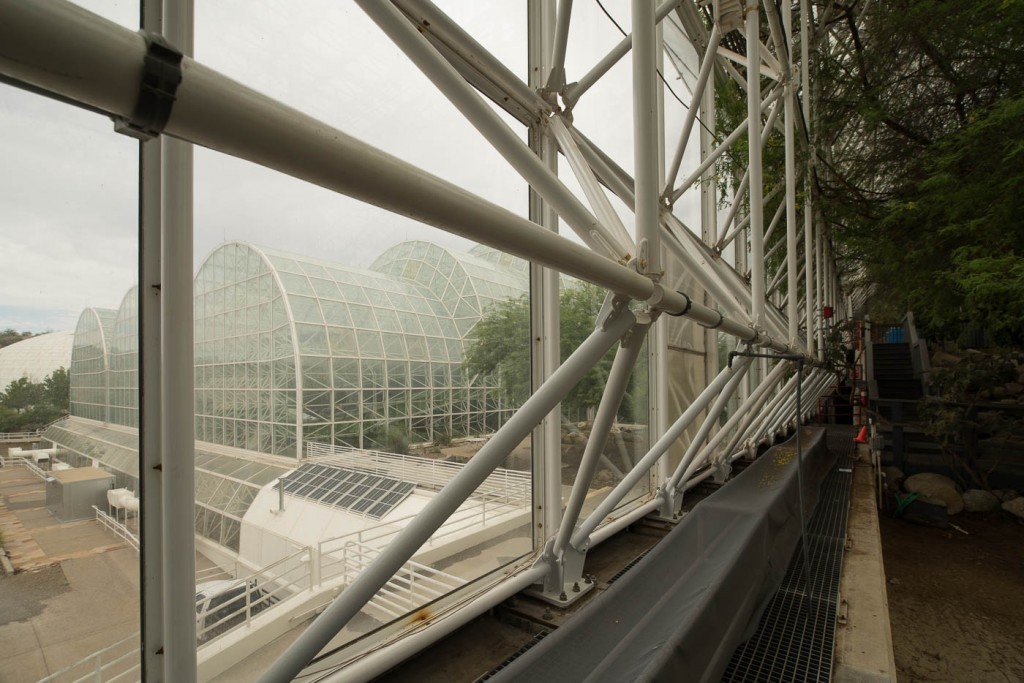 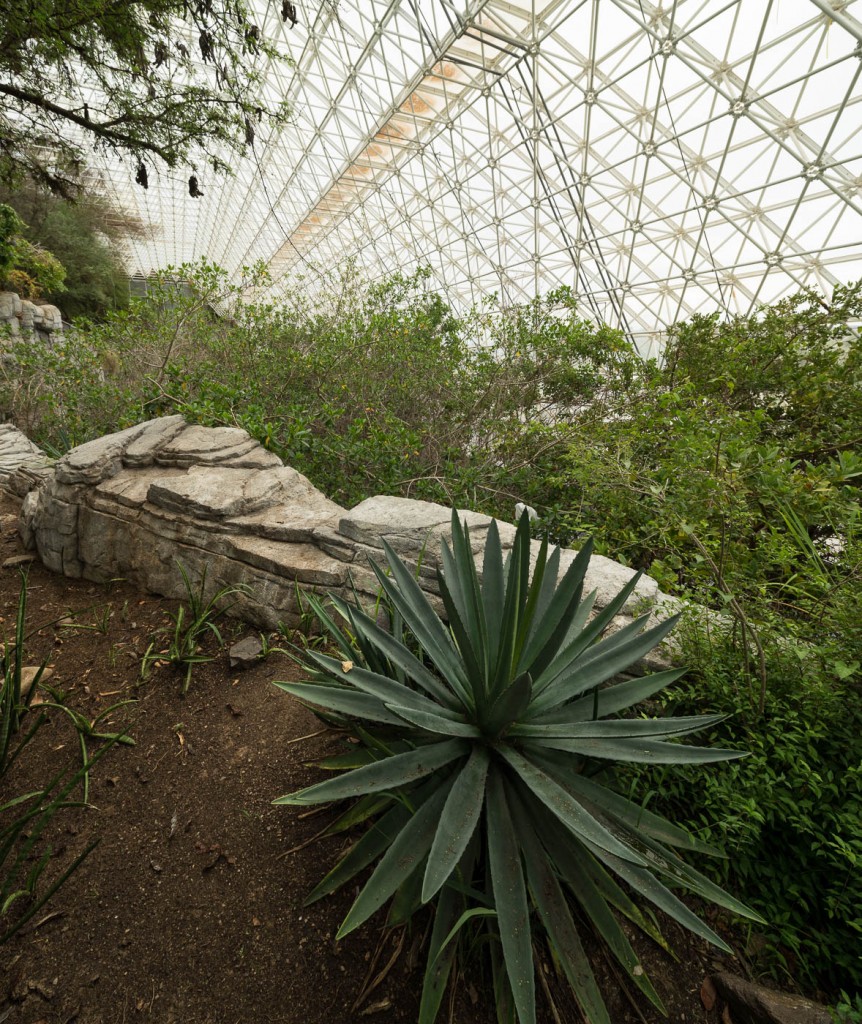 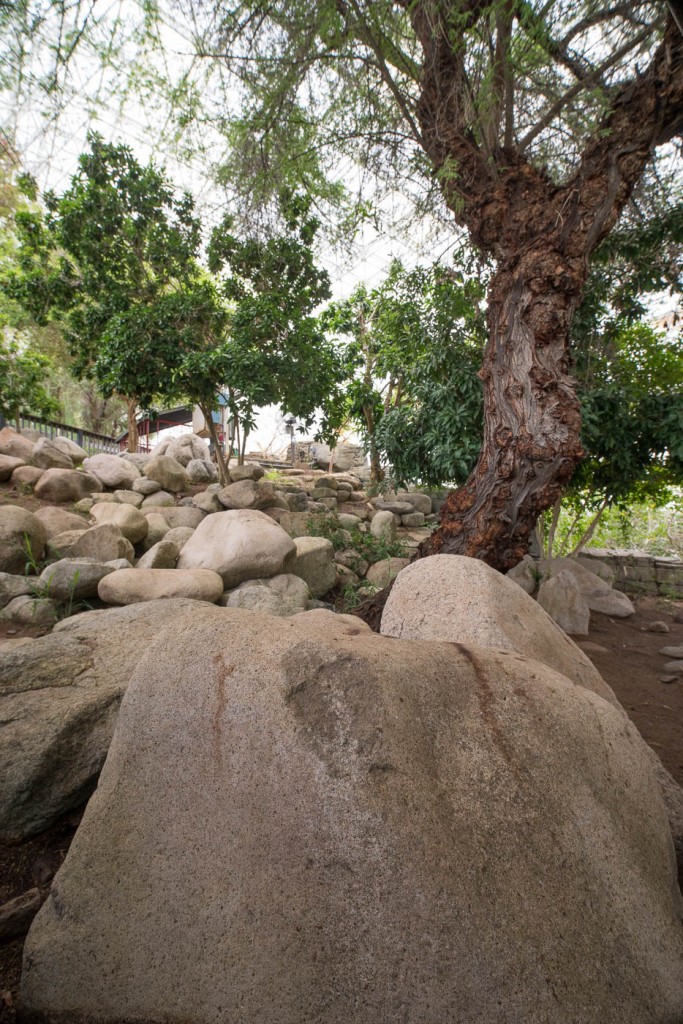 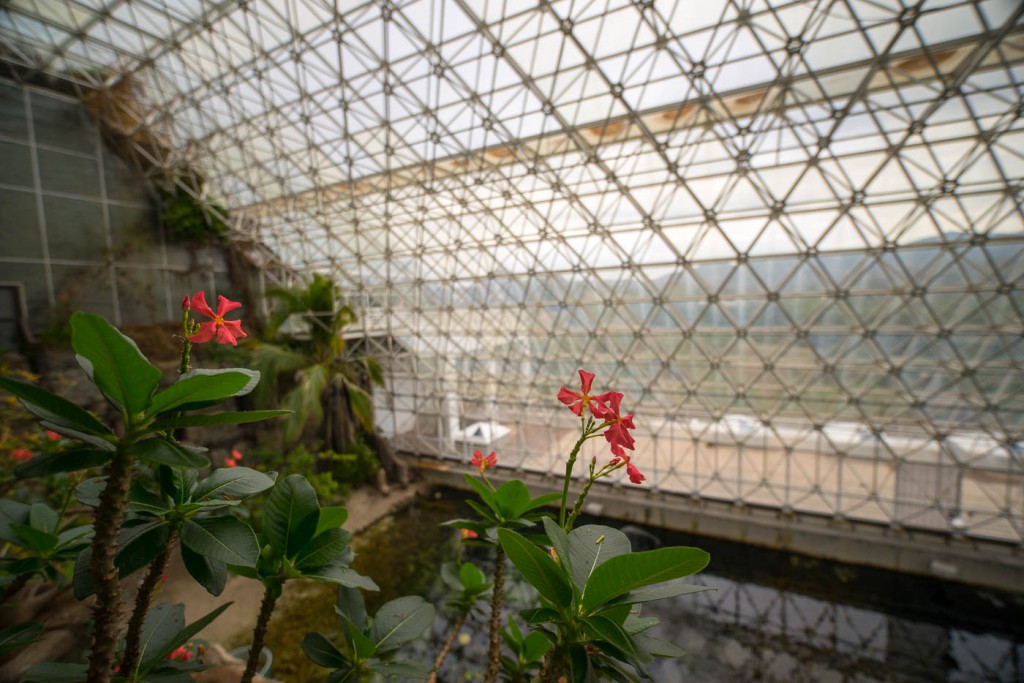